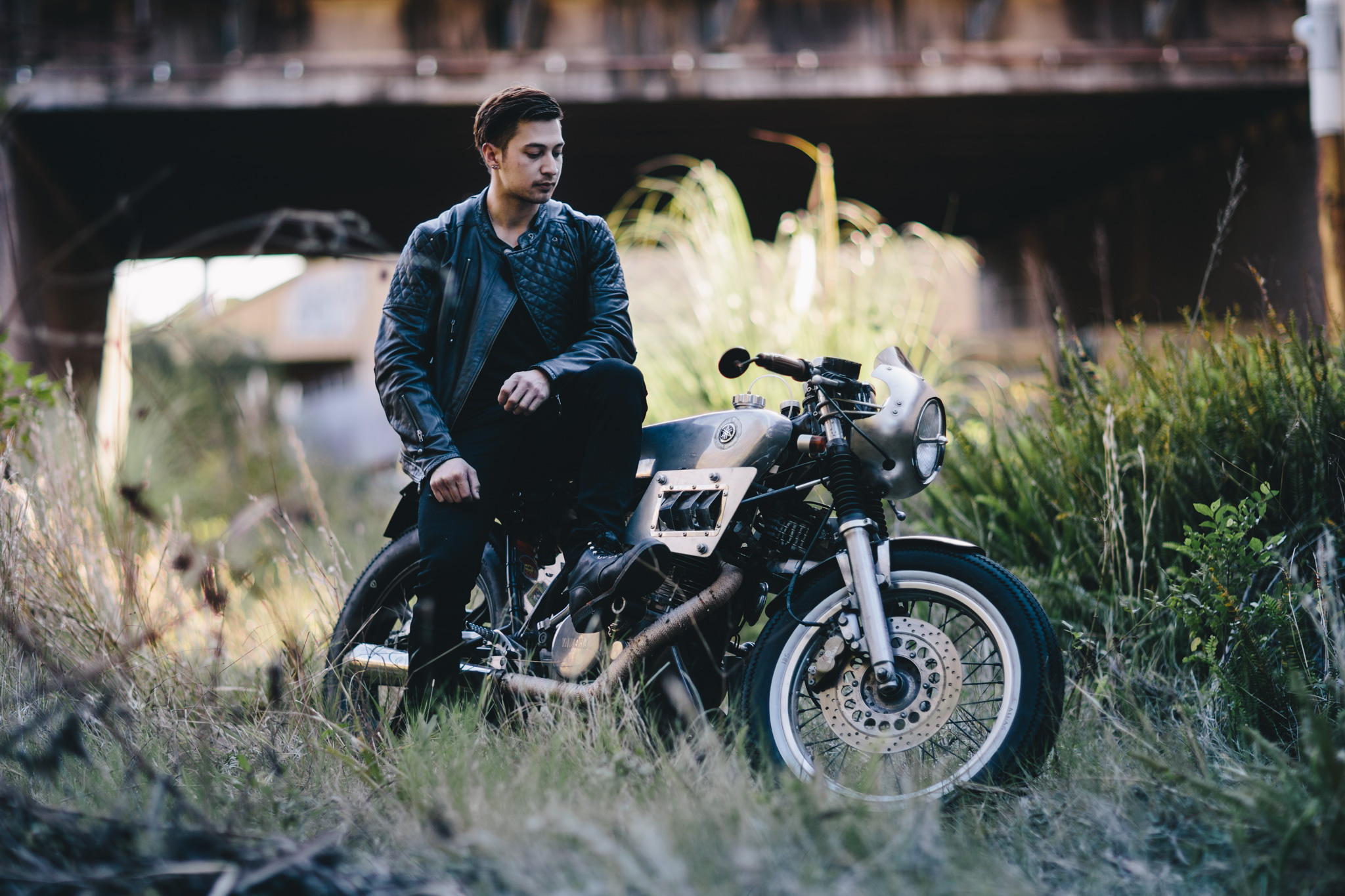 Restrictions can lead to creativity, and when Arden started working on his 2003 Yamaha SR400 this was something that lead to unique solutions. This SR400 would take on various forms before the final product would be complete, which resulted in a unique build that is sure to catch the eye.

Arden has been enamored with bikes for his entire life, admitting that growing up his Father was as old school as it gets. “He loves Steve McQueen movies, classic cars, vintage motorcycles, and is an absolute wizard when it comes to fixing just about anything. When I was a kid he would always be tinkering with his 1957 BSA Super Rocket and I would always be right there beside him trying to give him a helping hand.” 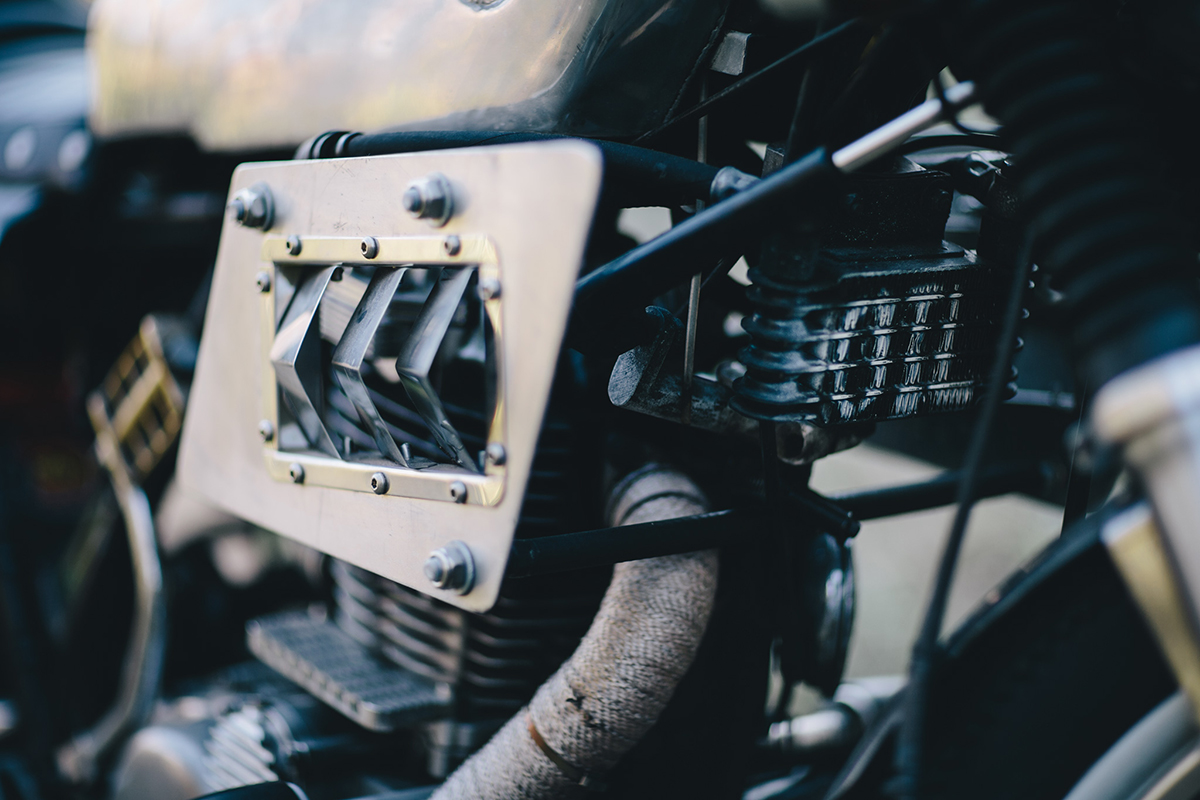 When Arden was 10 he received his first ever motorcycle, a 1993 Honda XR80. Something any kid his age would’ve lost their minds over. “I’ll never forget the day he brought it home, and seeing him popping wheelies up and down the road on this tiny little motorbike. I thought it was the coolest thing I had ever seen. When it came time to have my first go, of course I was overzealous and wanted to do a wheelie too! I ended up flipping the bike; it landed on my leg and gave me a nasty burn from the exhaust. Being the little shit I was, I got up and kicked the bike and vowed to never ride again.” Fortunately enough, this vow was broken and it wouldn’t be long before Arden was back on two wheels, with his new obsession setting in.

Years later, Arden would be acquiring his motorcycle licence and the search for his first road bike was on. Requirements for his new machine would be something that looks good, and has that old school feel – a trait Arden no doubt picked up from his Dad. The ever-popular Yamaha SR400 would be the weapon of choice. “In the beginning I really had no idea which direction I wanted to go with it, but being like my Father I knew I just couldn’t leave the bike alone, I had to tinker and change it up.” 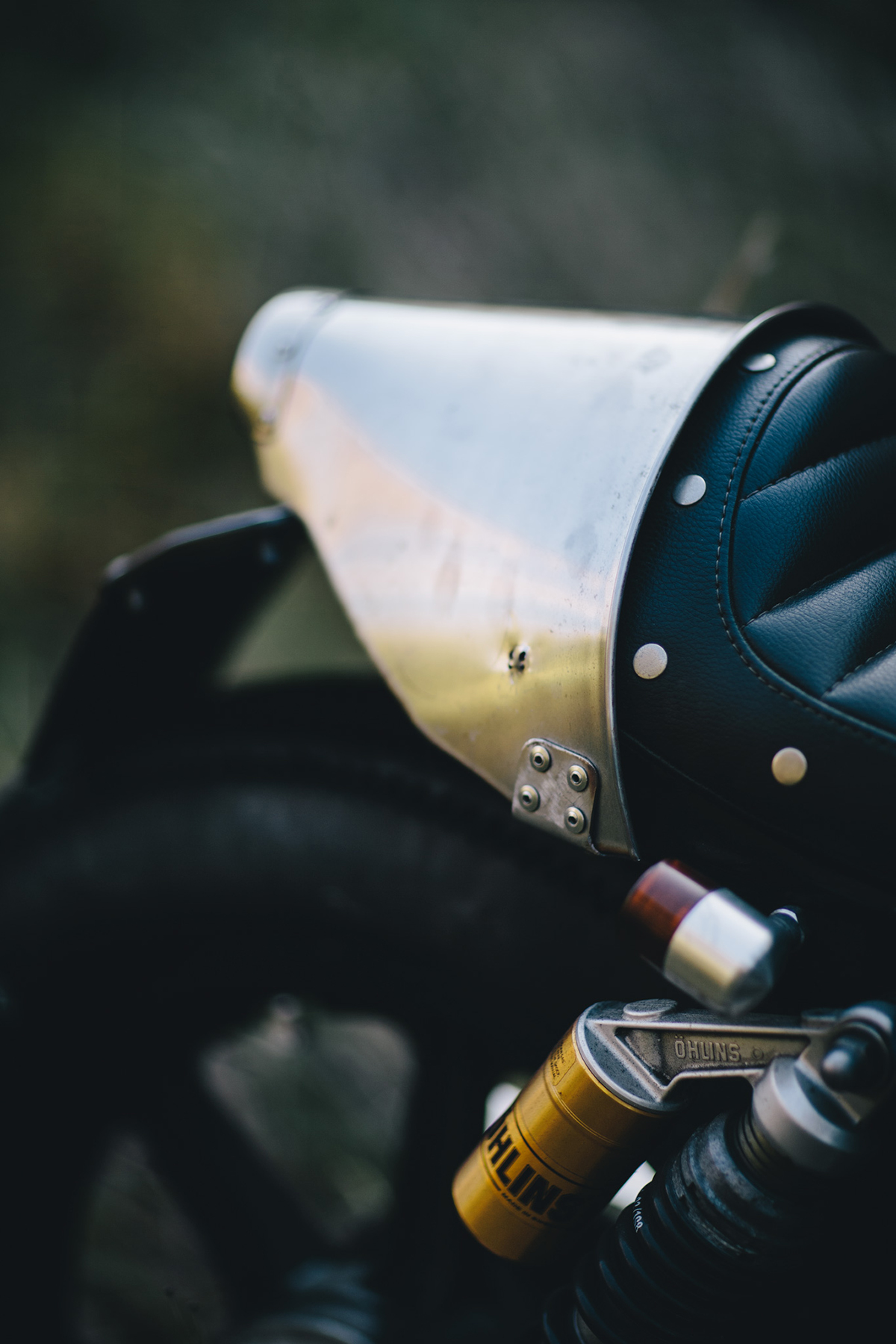 The first changes to the bike would be small and basic, but the right way to go about familirising himself with this new bike. “I started with an old spare SR400 fuel tank and spray painted it matte black, put the ‘Flying Tigers’ decal on it and then added some white wall tyre inserts to the bike. After doing that, I was pretty impressed with myself and it felt awesome to have a bike I could call my own, the possibilities for working on the bike now began to grow in my head, this was a simple start and I knew the bike needed more.”

On the pilgrimage for inspiration to further make this SR400 his own Arden came across the unique builds of Shinya Kimura, which gave plenty of fuel for this custom bike fire. “His builds also reminded me of Back To The Future, one of my favourite movies, which is where the bike’s namesake “The Time Machine” comes from.” It was now that the direction for the SR400 was finalised. Arden wanted it to be a rough, raw, and razorsharp style bike with plenty of eye-catching aesthetics to give it an interesting look.

Arden began gathering together the bits and pieces for his idea, starting with calling around and visiting scrap metal yards in search of a large stainless steel bowl to make his front headlight cowl. “It wasn’t as easy as I thought! It took weeks of searching through mountains of metal before I managed to find a bowl big enough for the job. I didn’t want to ruin the stainless steel bowl that had taken me weeks to find, so I began creating cardboard and paper prototypes of the headlight cowl before I took the angle grinder to it. For the Headlight Cowl Visor I used a small sheet of tinted Perspex, heated it with a heat gun and bent it into shape over my knee.” 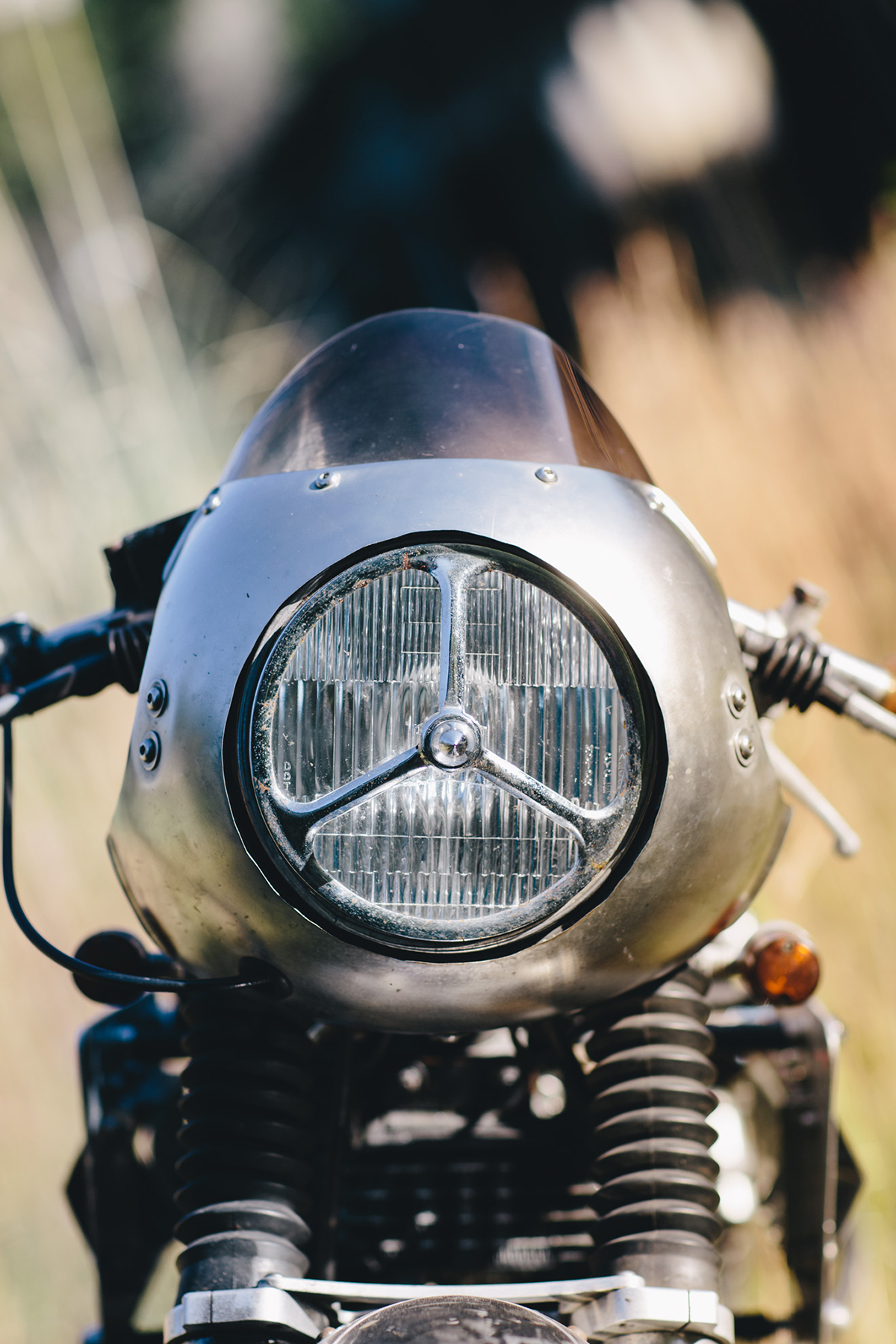 It’s the homemade repurposed pieces on this bike that help made it stand out. The parts aren’t pre-made bits you’ll find on other bikes, they’re unique to Arden’s SR400 and help showcase solutions to any problems in anyone’s custom bike build. Once this headlight cowl was complete, it was time to find something that could be made into a rear seat cowl. “I started my search again, and came across a $15 stainless steel bucket from K-mart and thought that would be perfect. For the side fairings, I used aluminum sheet with some stainless steel marine boat vents. The boat vents do absolutely nothing; I just put them on because I thought it looked fucking badass.”

The changes and additions to the bike wouldn’t stop there, as Arden made as many modifications as he could find, be it small or big. “My favourite part about the bike would have to be seeing all the confused faces on people as they try to figure out what on earth it is. I constantly get asked “What is it? Is it it a Norton?” 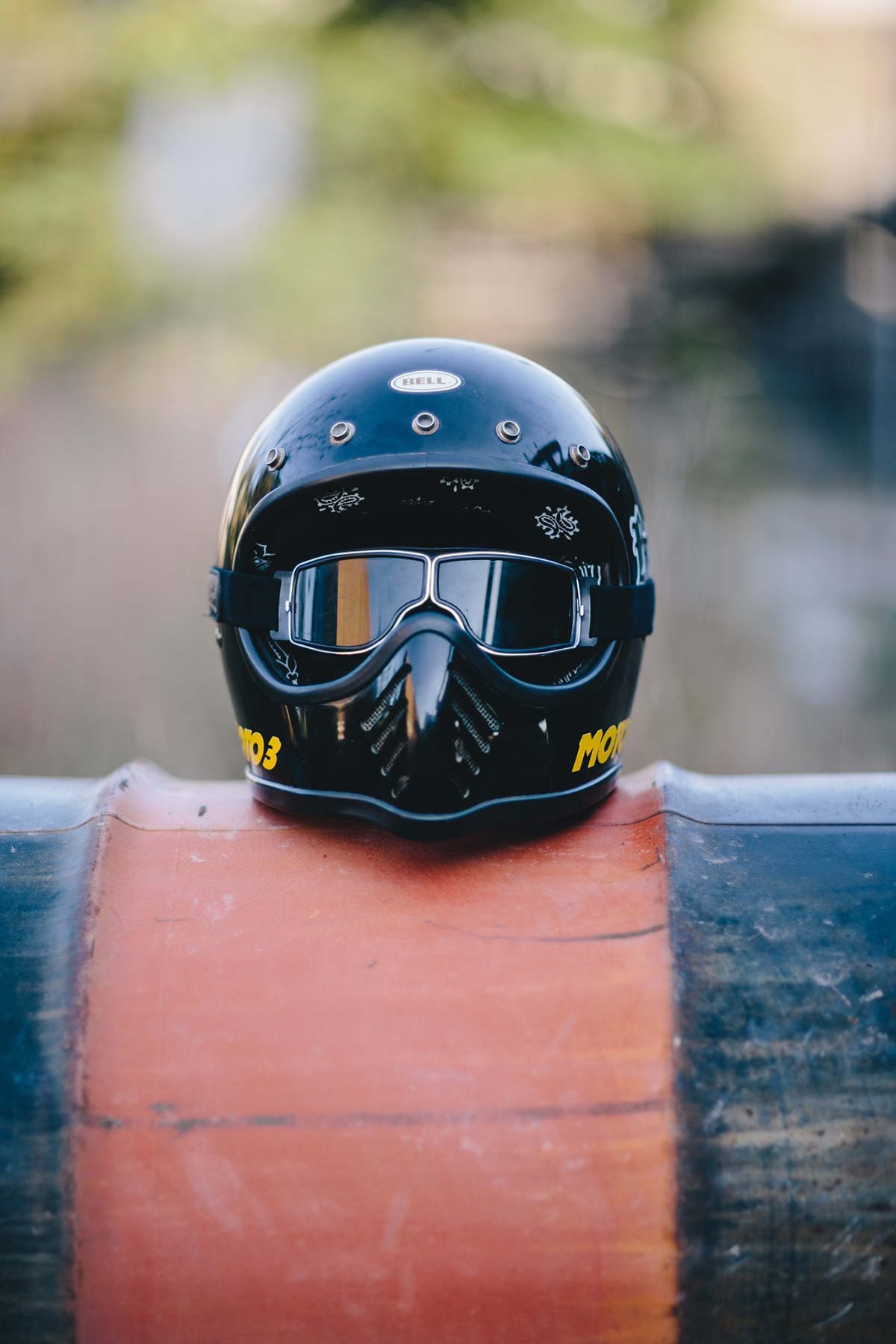 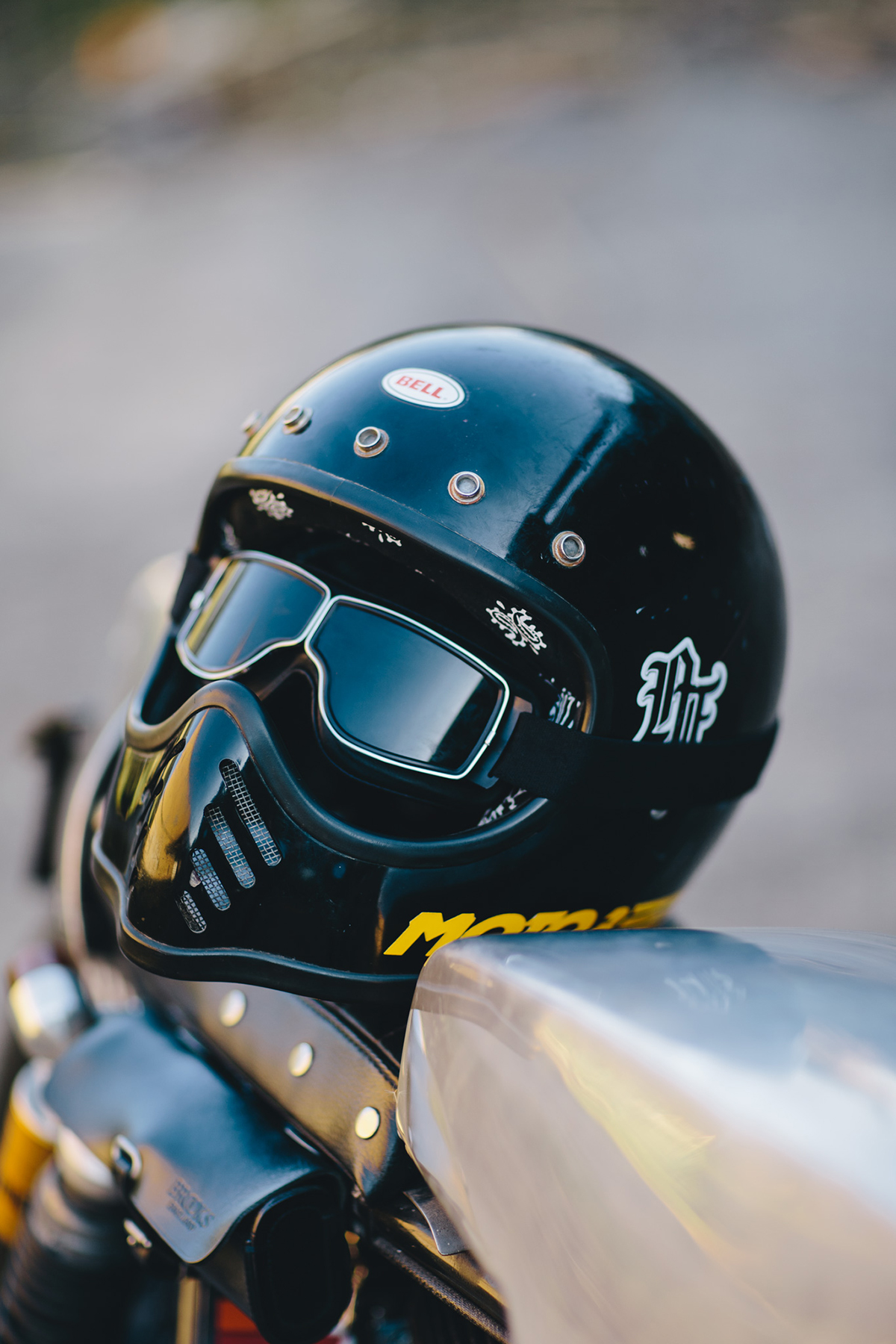 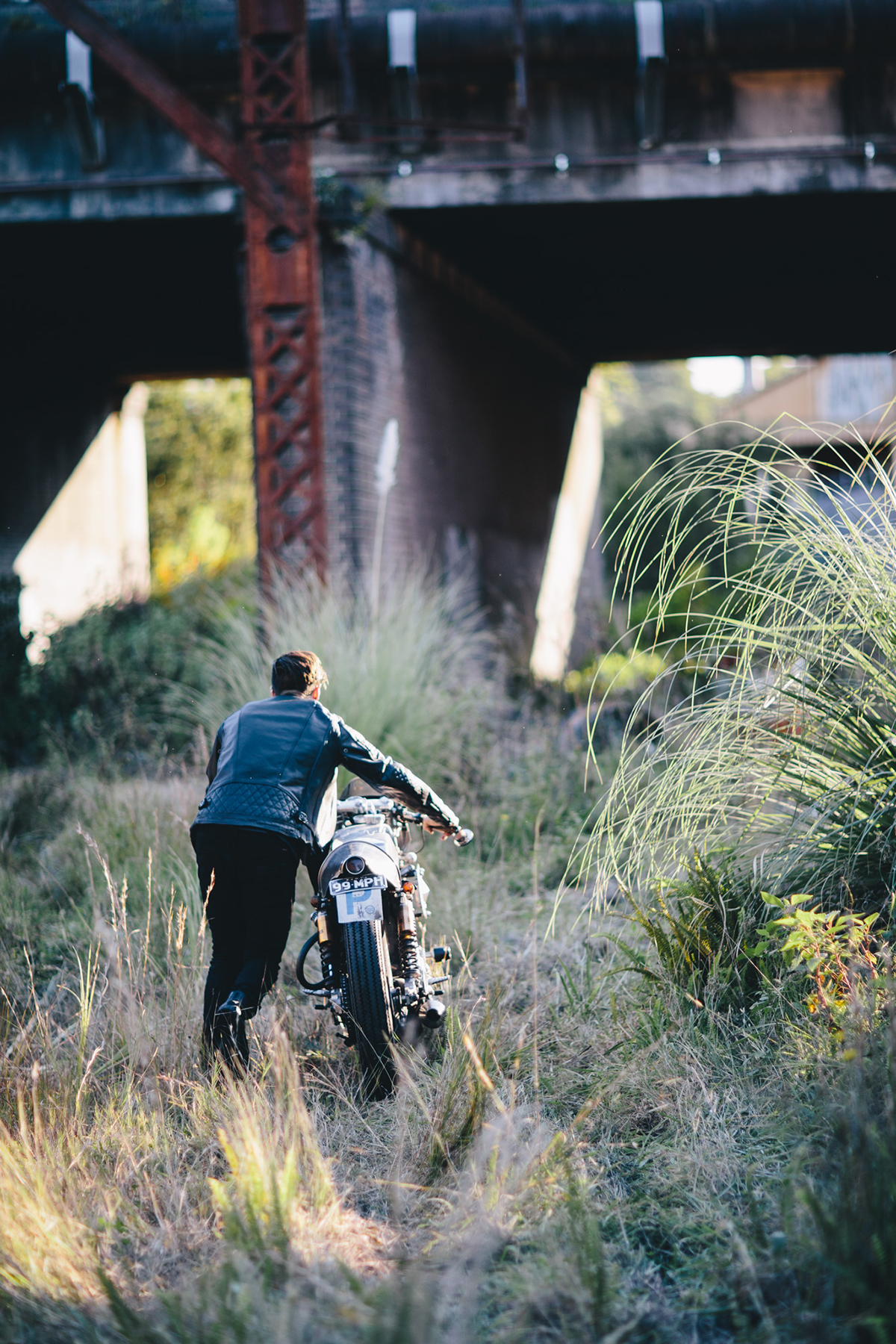 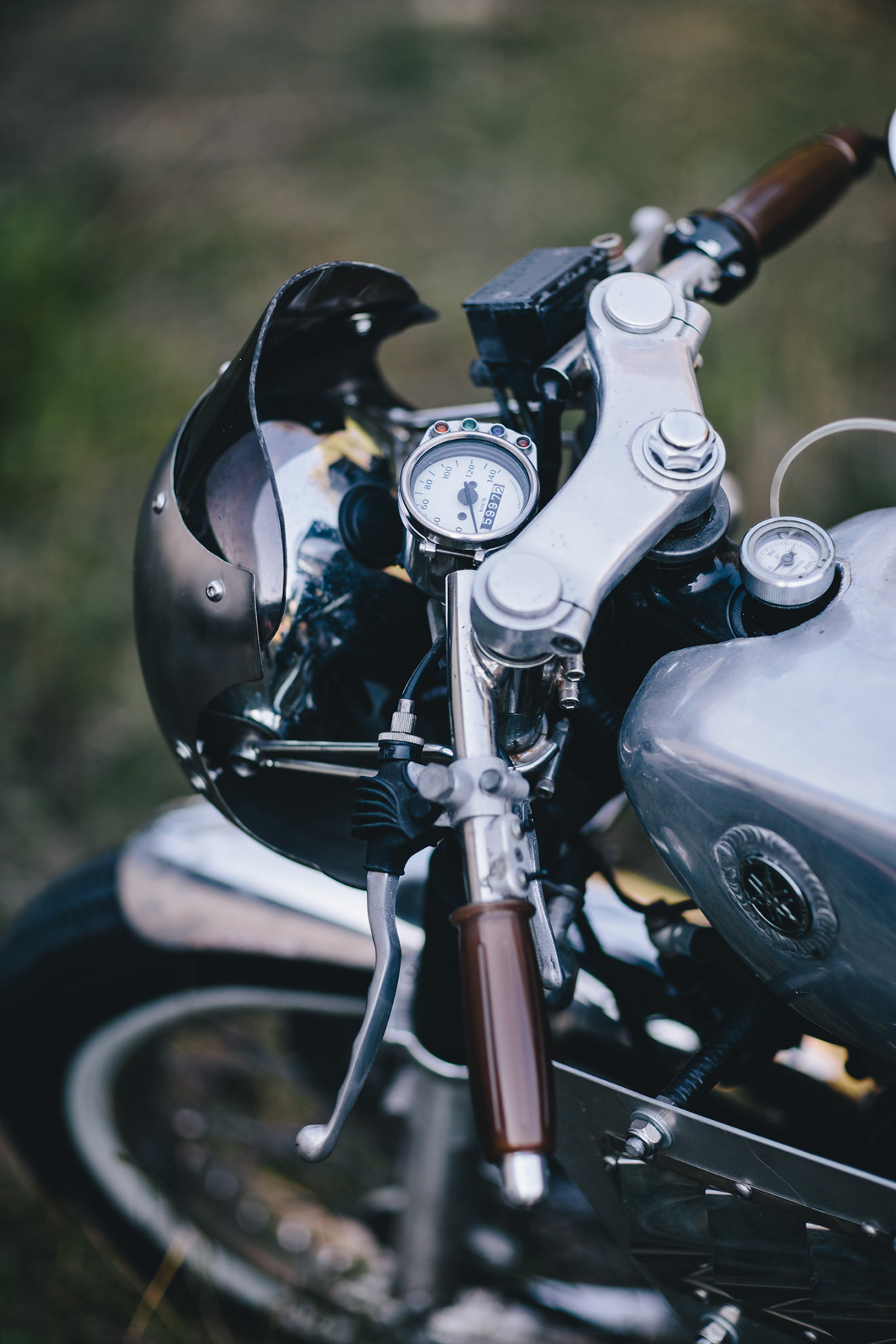 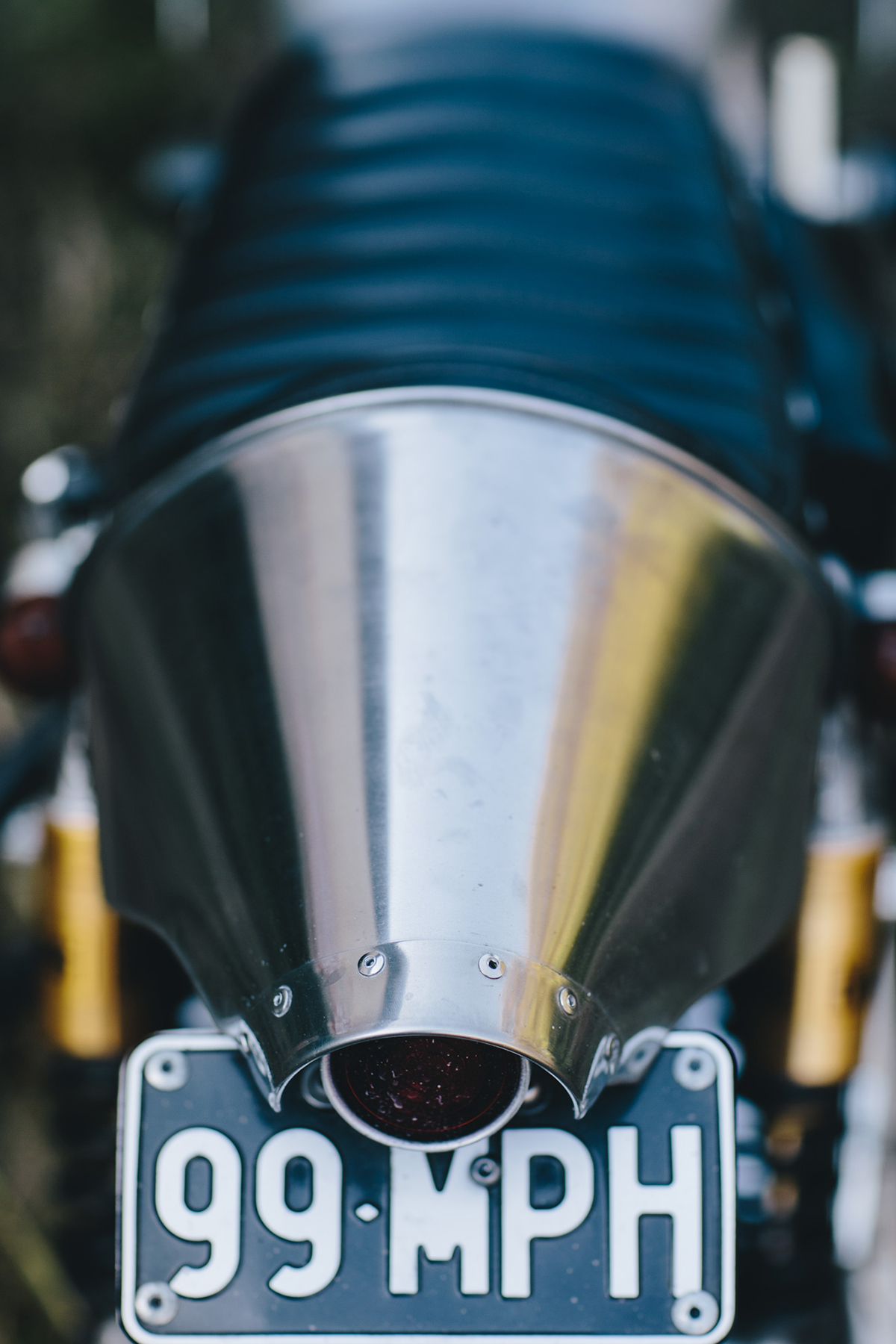 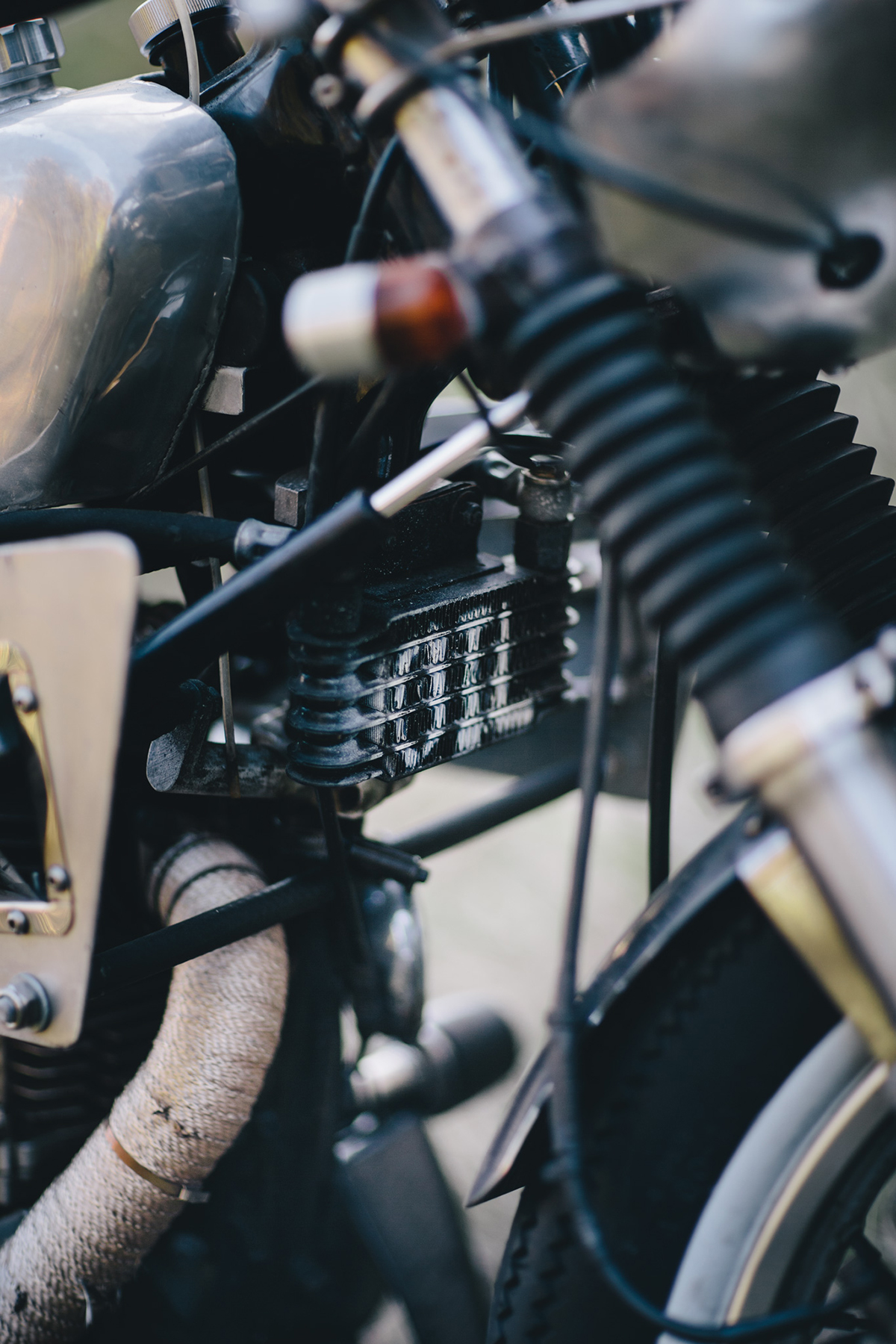 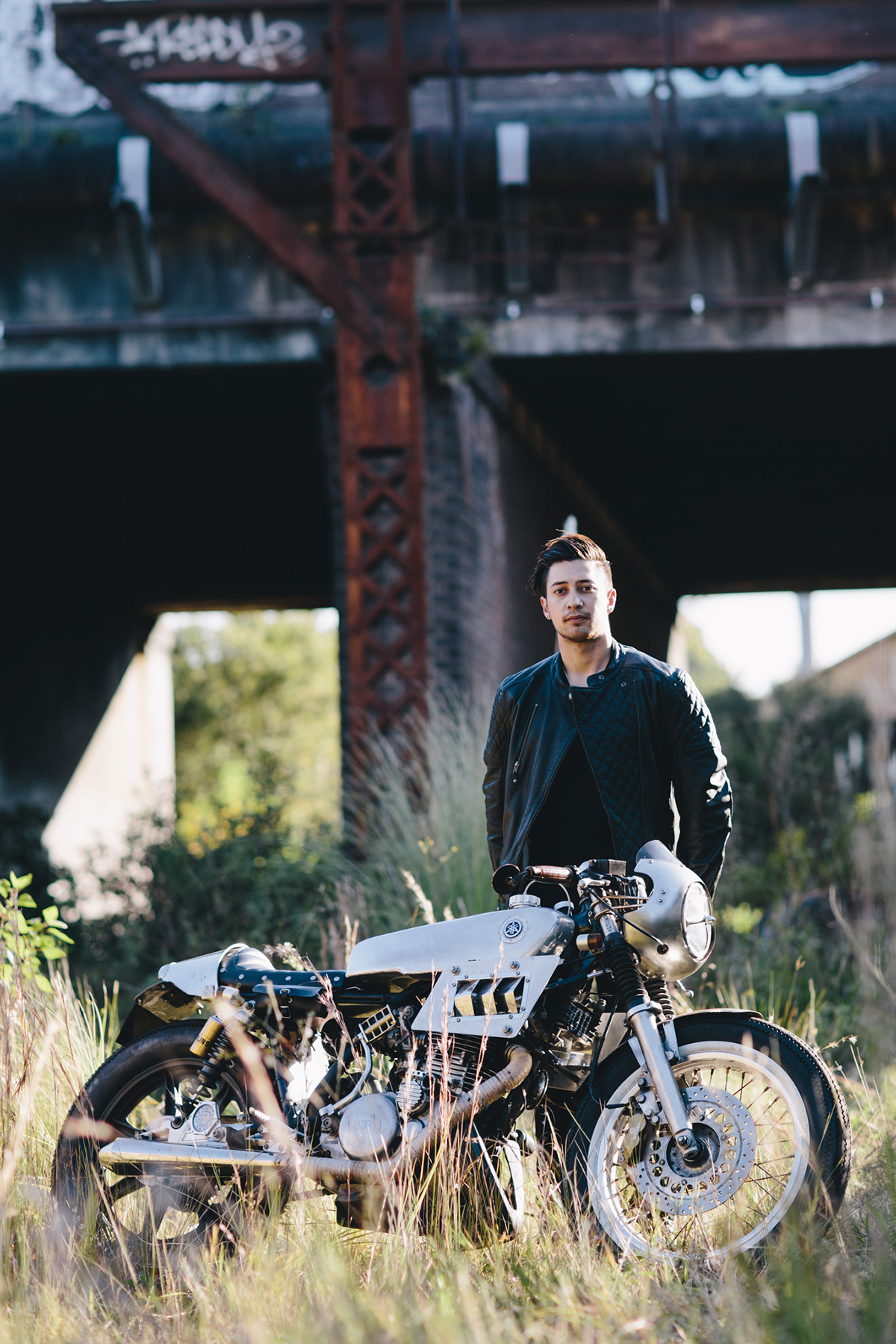 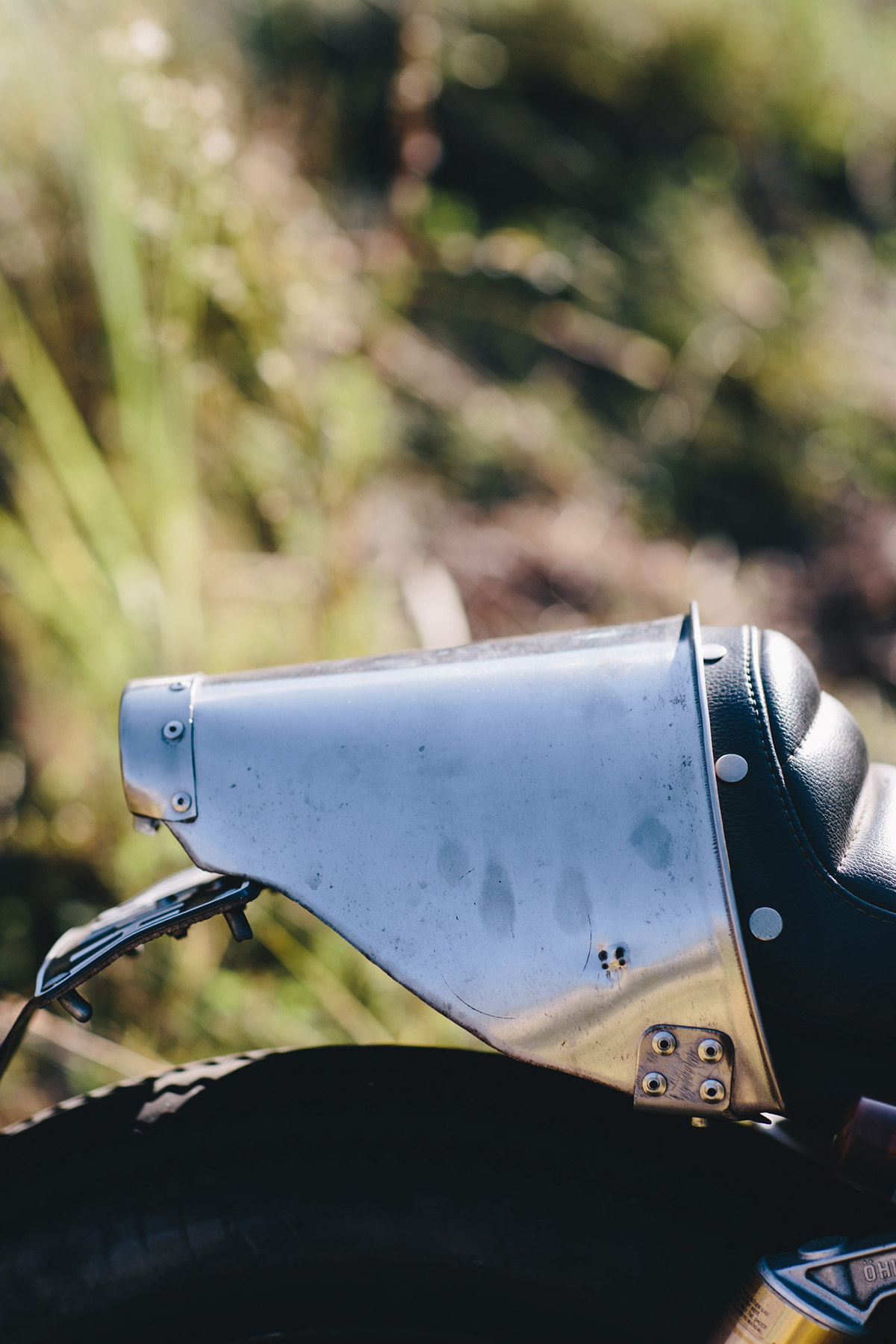 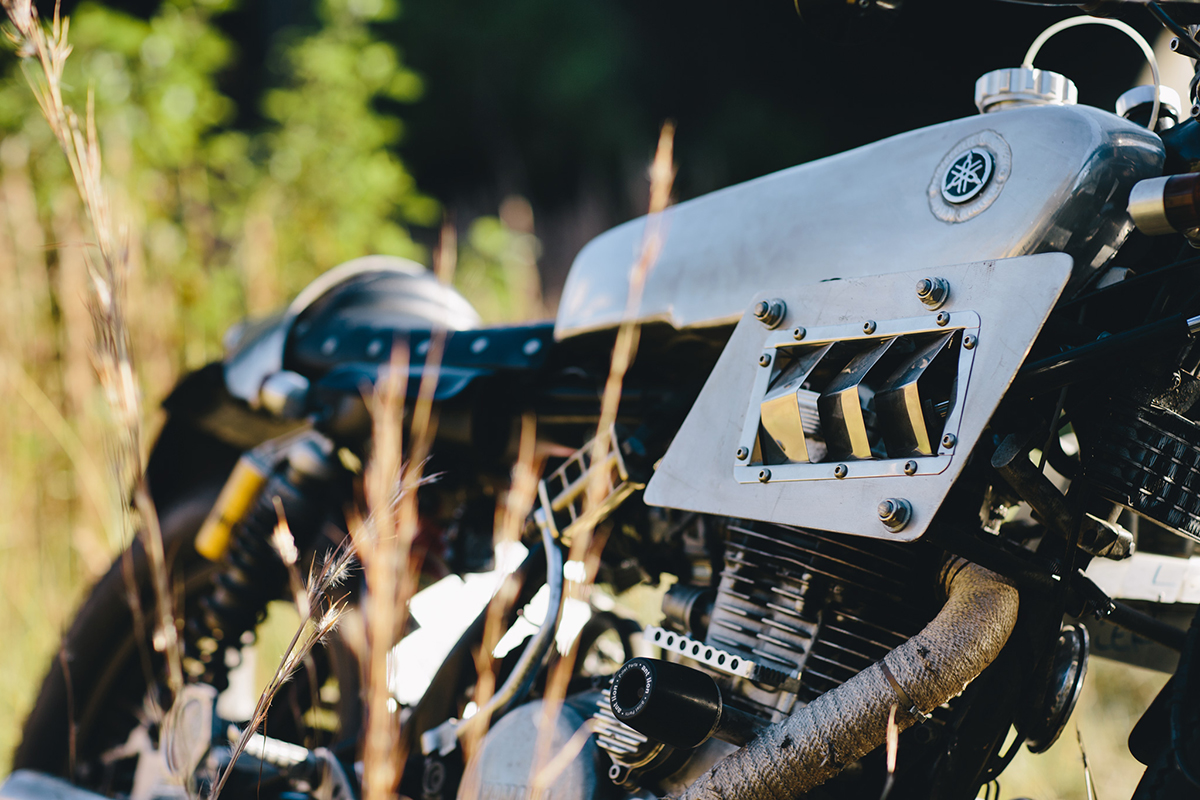 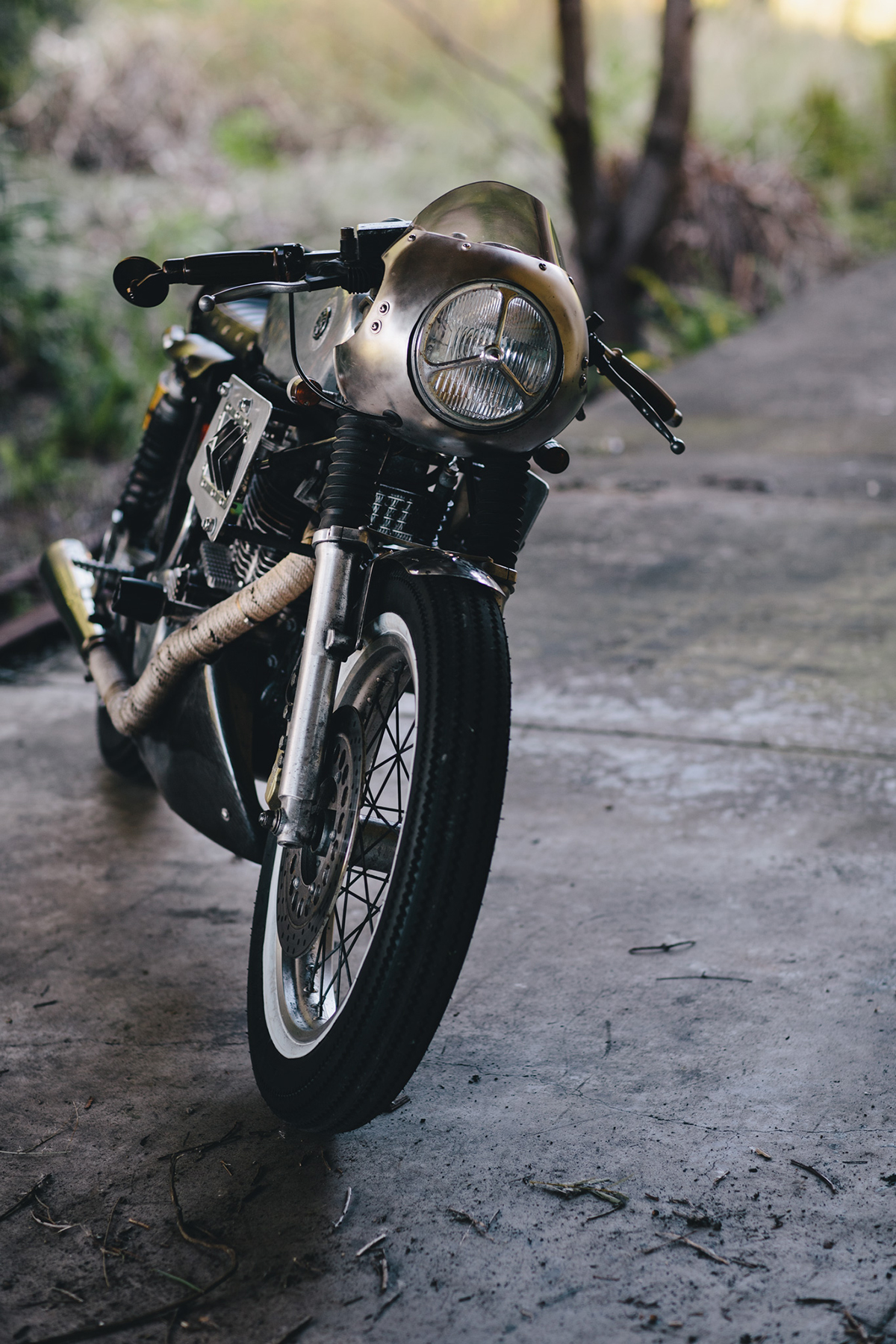 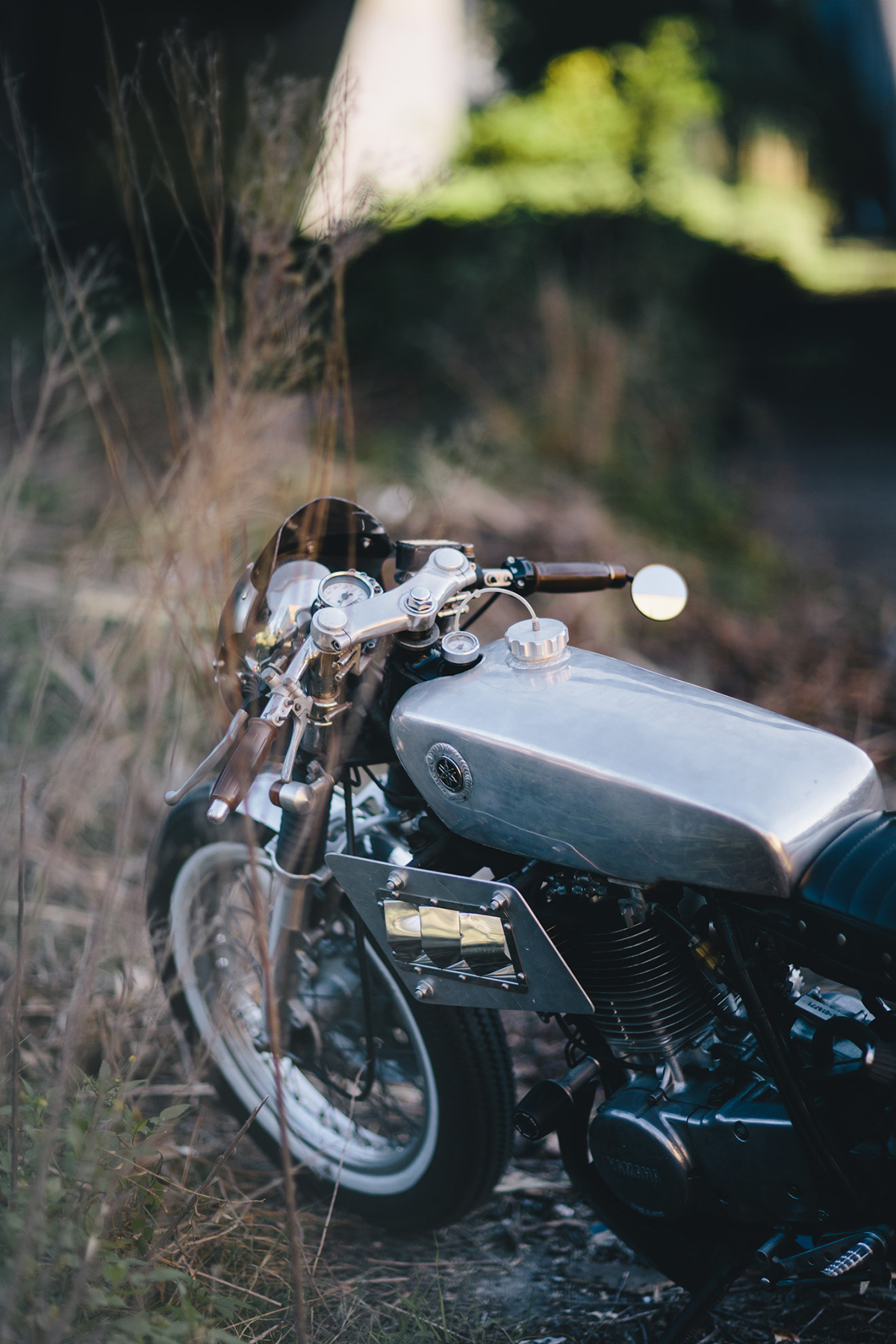 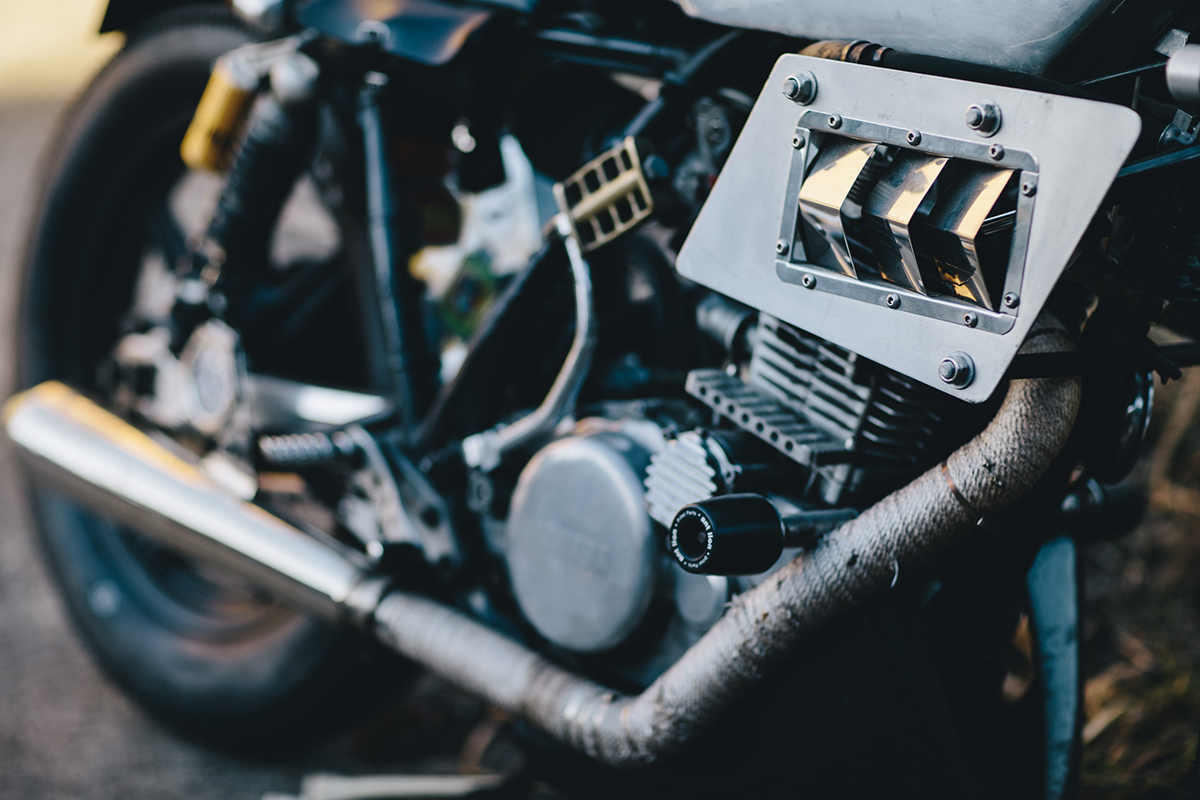 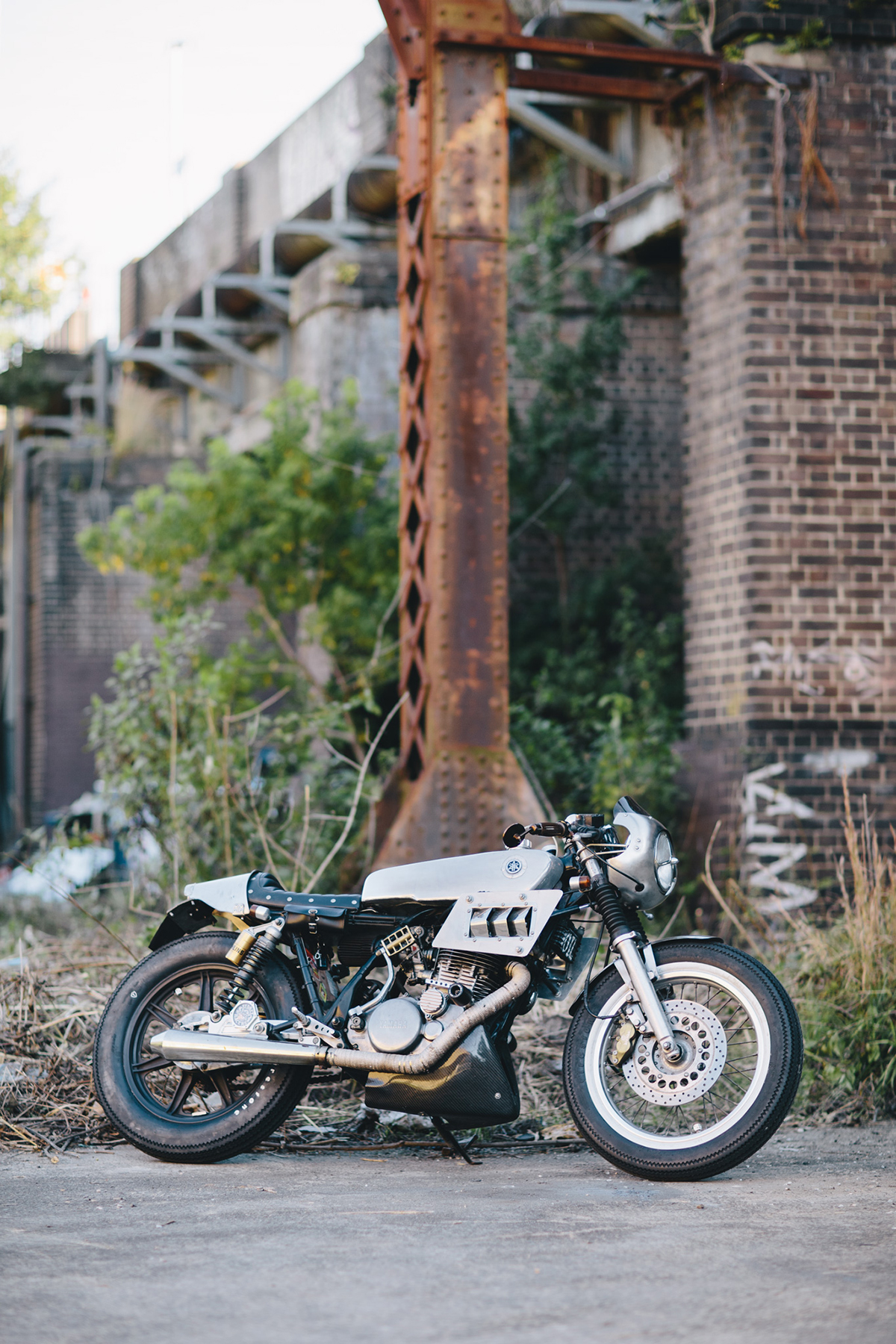 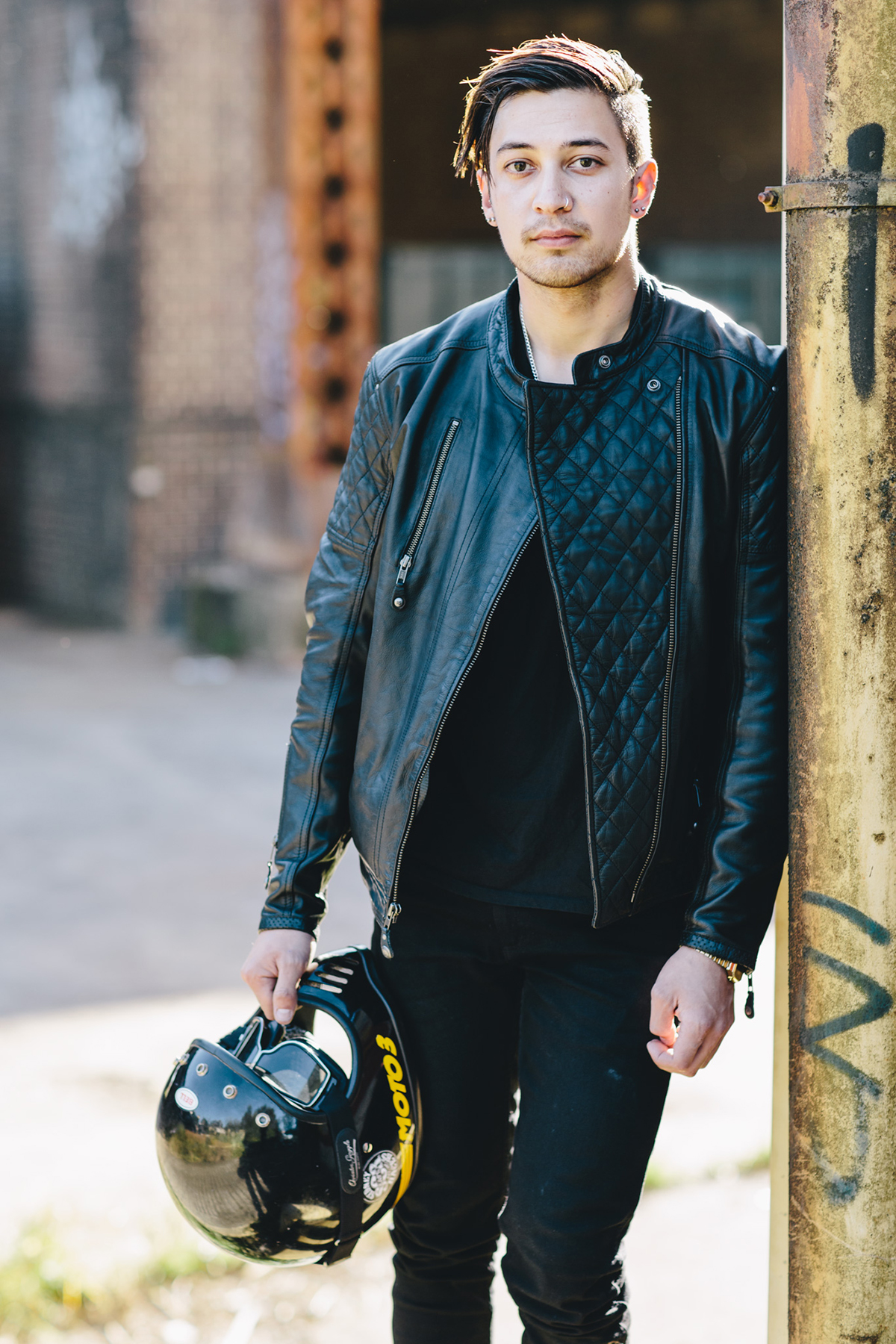