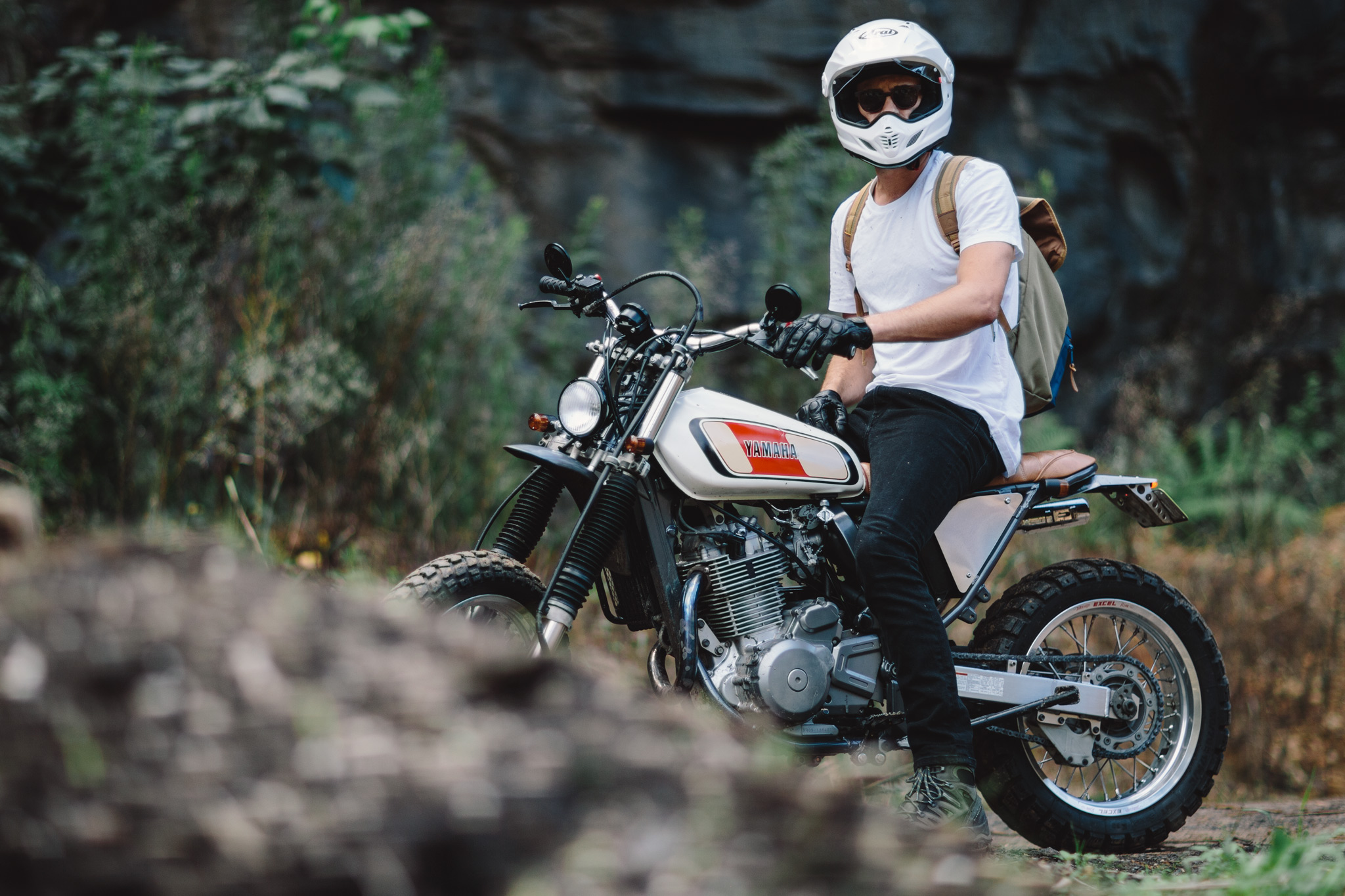 Normally broken bones are the result of bikes, one way or another. For Pat however, bikes would be the result from an injury, instead of the cause. Paging Dr Scram! 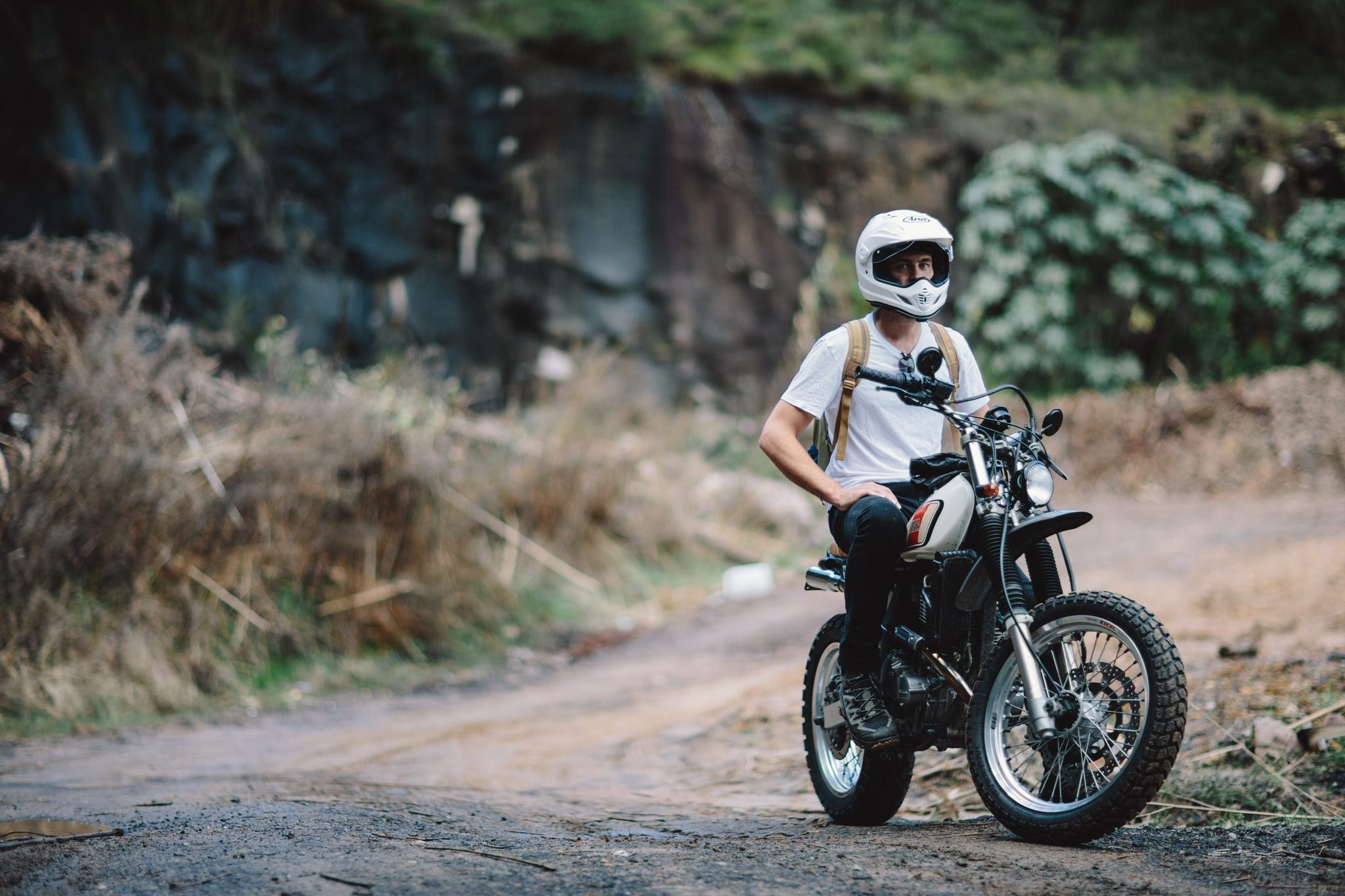 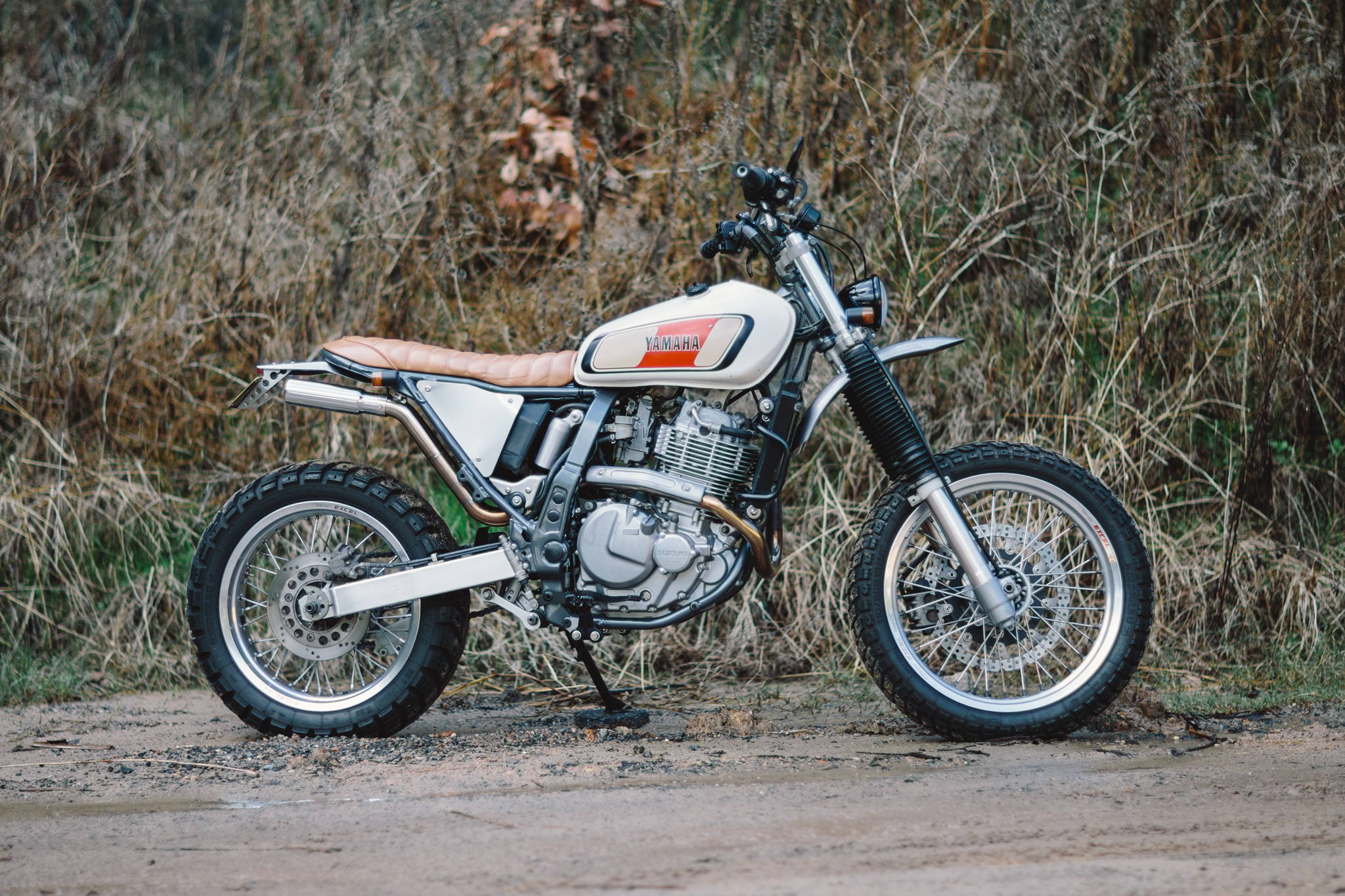 A fractured knee wasn’t the ideal momento Pat had wanted to take home after a trip to Canada 6 years ago, but ever the optimist it would be this injury that would give birth to a whole new world of fun – along with new ways to break bones in the future. 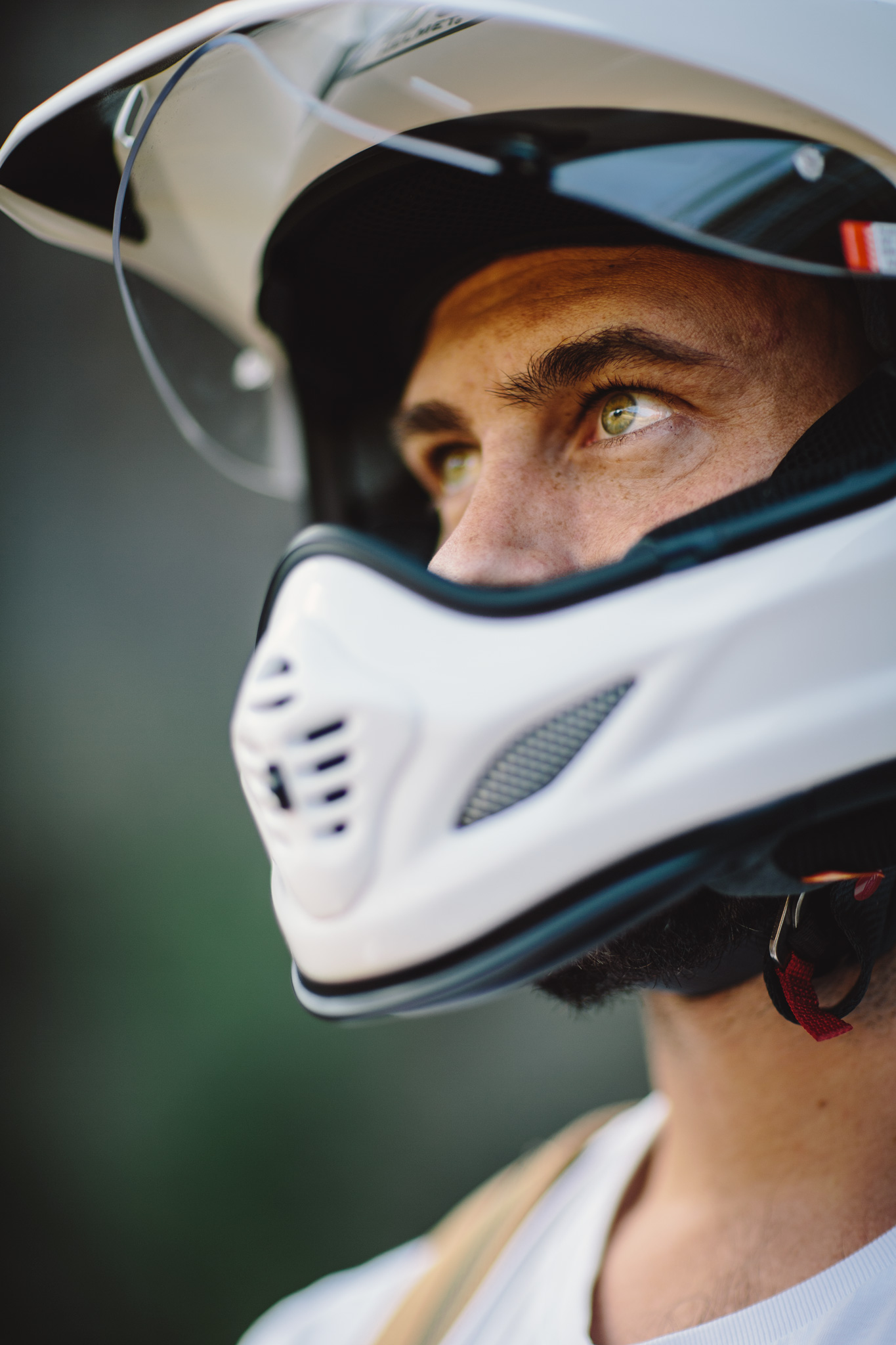 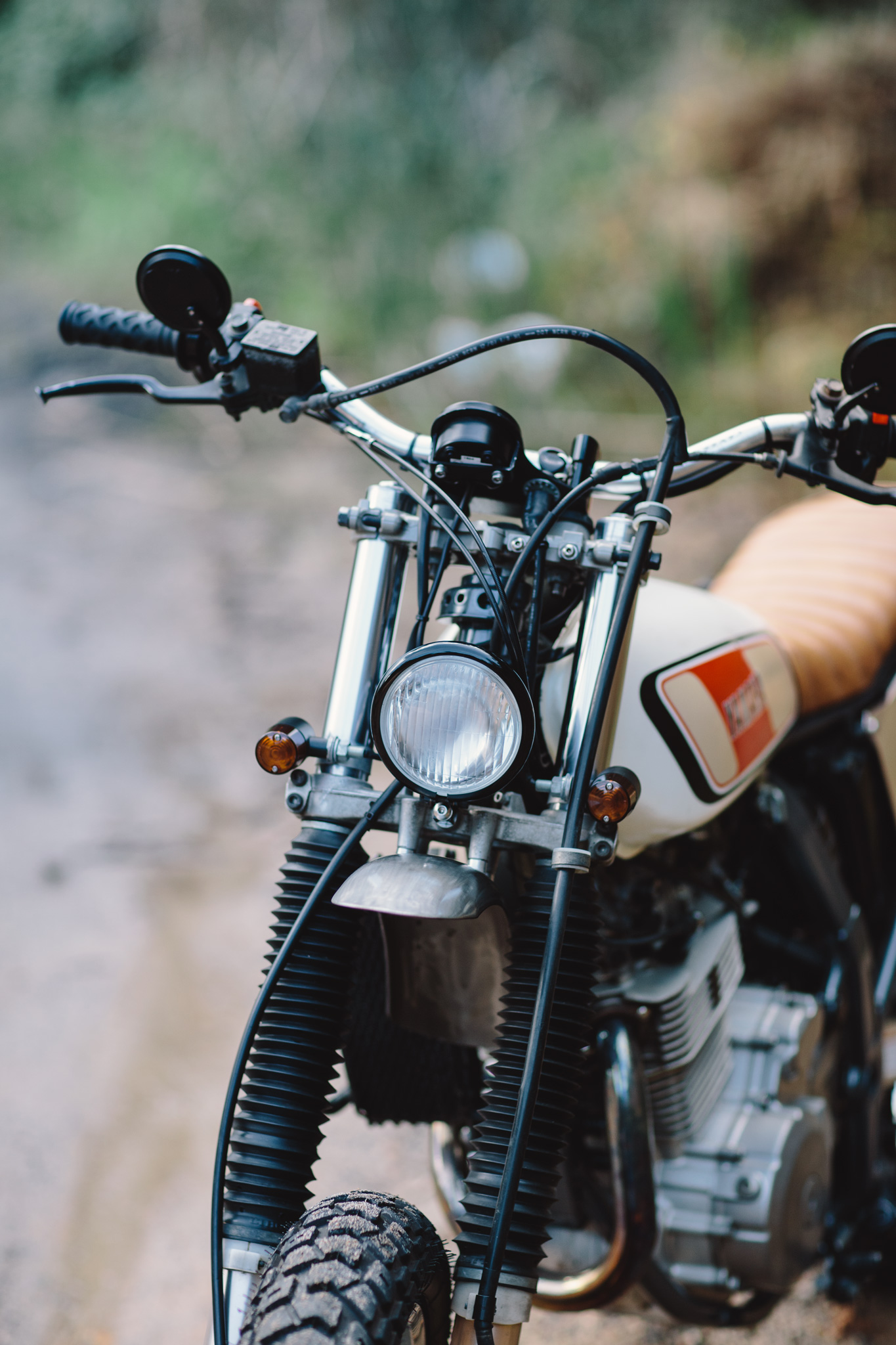 “It was in 2010 that I first started riding. I’d come home from Canada with a fractured knee and had a lot of spare time doing nothing. It was in this down time that I found out about the café racer culture, which resulted in me buying a 1974 CB550. I was completely hooked.” Year later would find Pat upgrading from his CB550 to a CB750, as he immersed himself with the growing café racer scene in Sydney as it would grow and thrive. 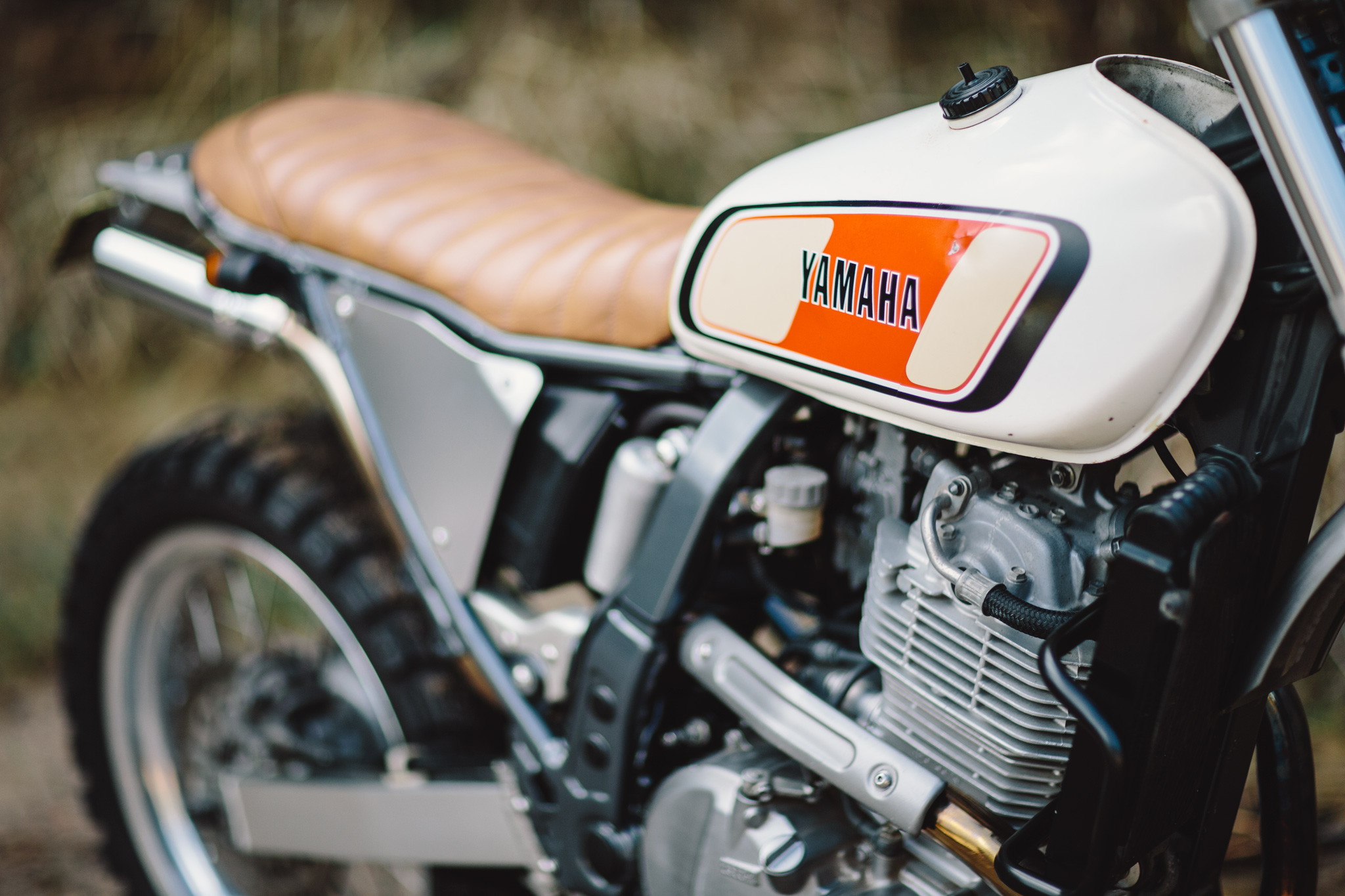 It was at this time that Pat also grabbed himself a Suzuki DR650, with the intention of building it up for dirt and dual sport riding, as well as being his daily commuter. Owning two bikes at this point in his life with a growing family would prove to be impractical however, and so the CB750 would be sold off so he could concentrate his misfit juices on turning this stock DR650 into the multi-purpose Scrambler he’d always envisioned. 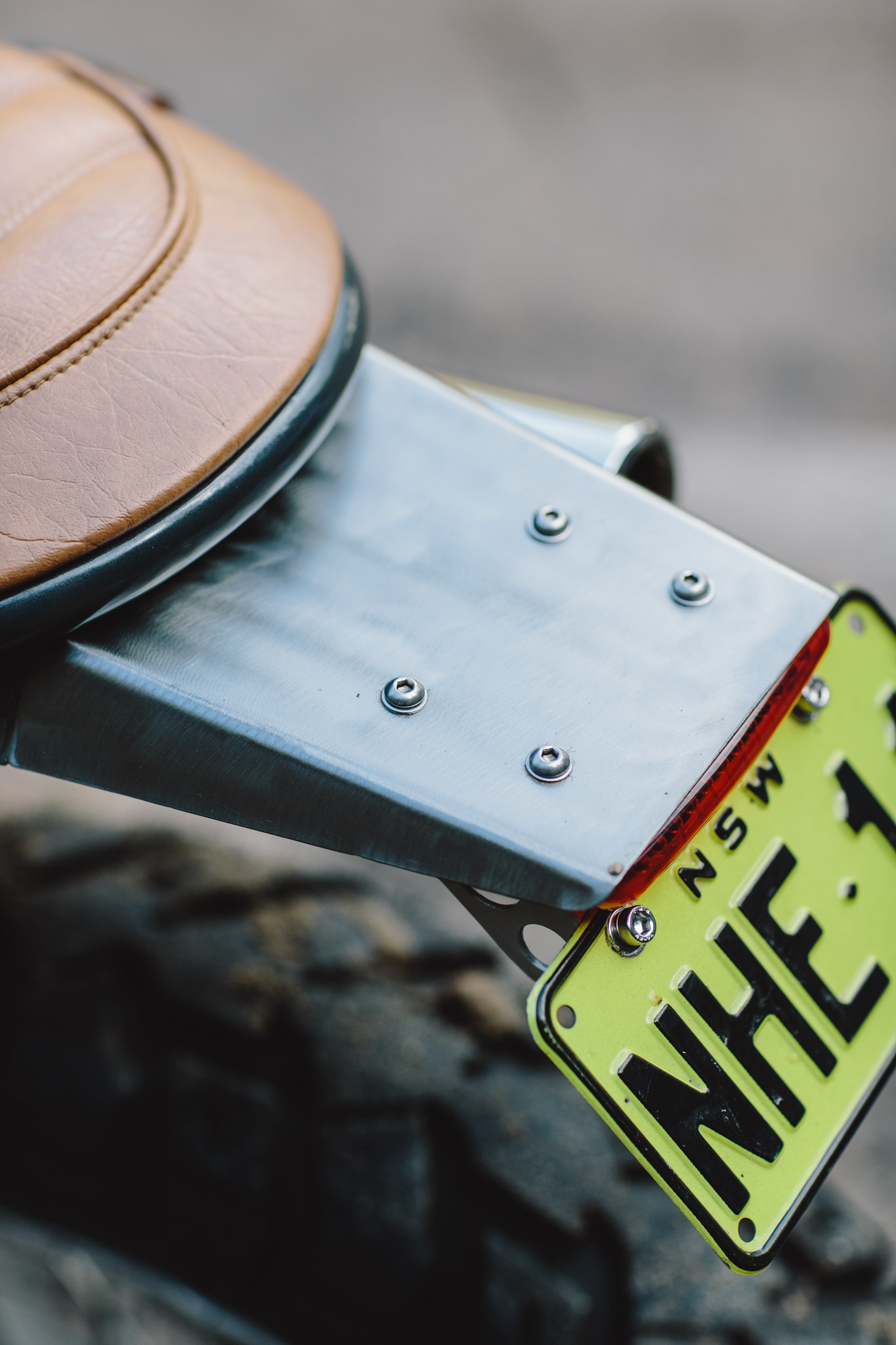 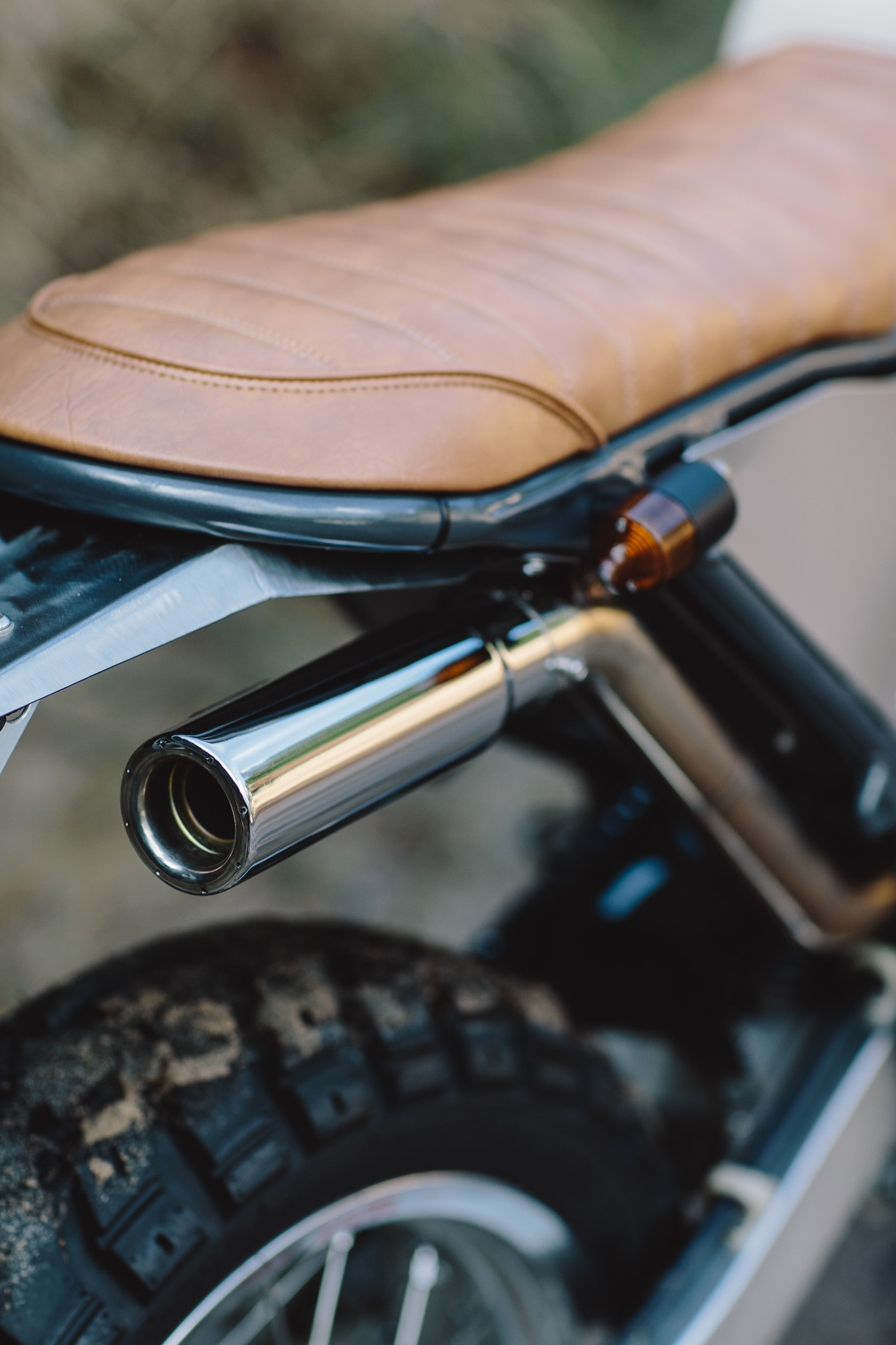 “I used to do a lot of weekends away, 4-wheel driving with mates. The 4WD had to go when our first child came along; so being able to get out in the bush was something that came into consideration when I bought the DR650 initially. I don’t get to go out for my longer rides now as my wife and I have just had a baby boy, but this will change later on when we all get used to the new addition to the family.” 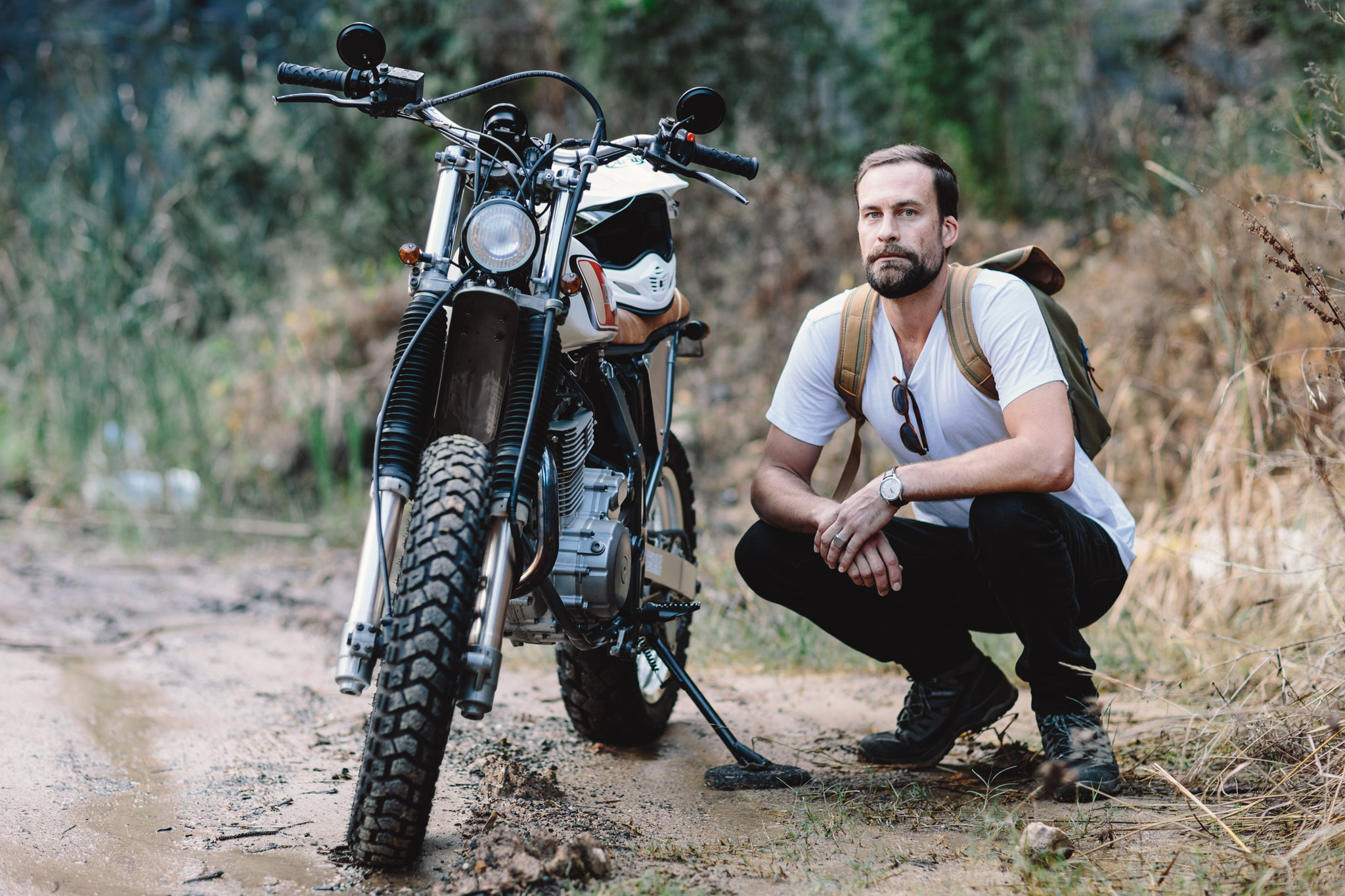 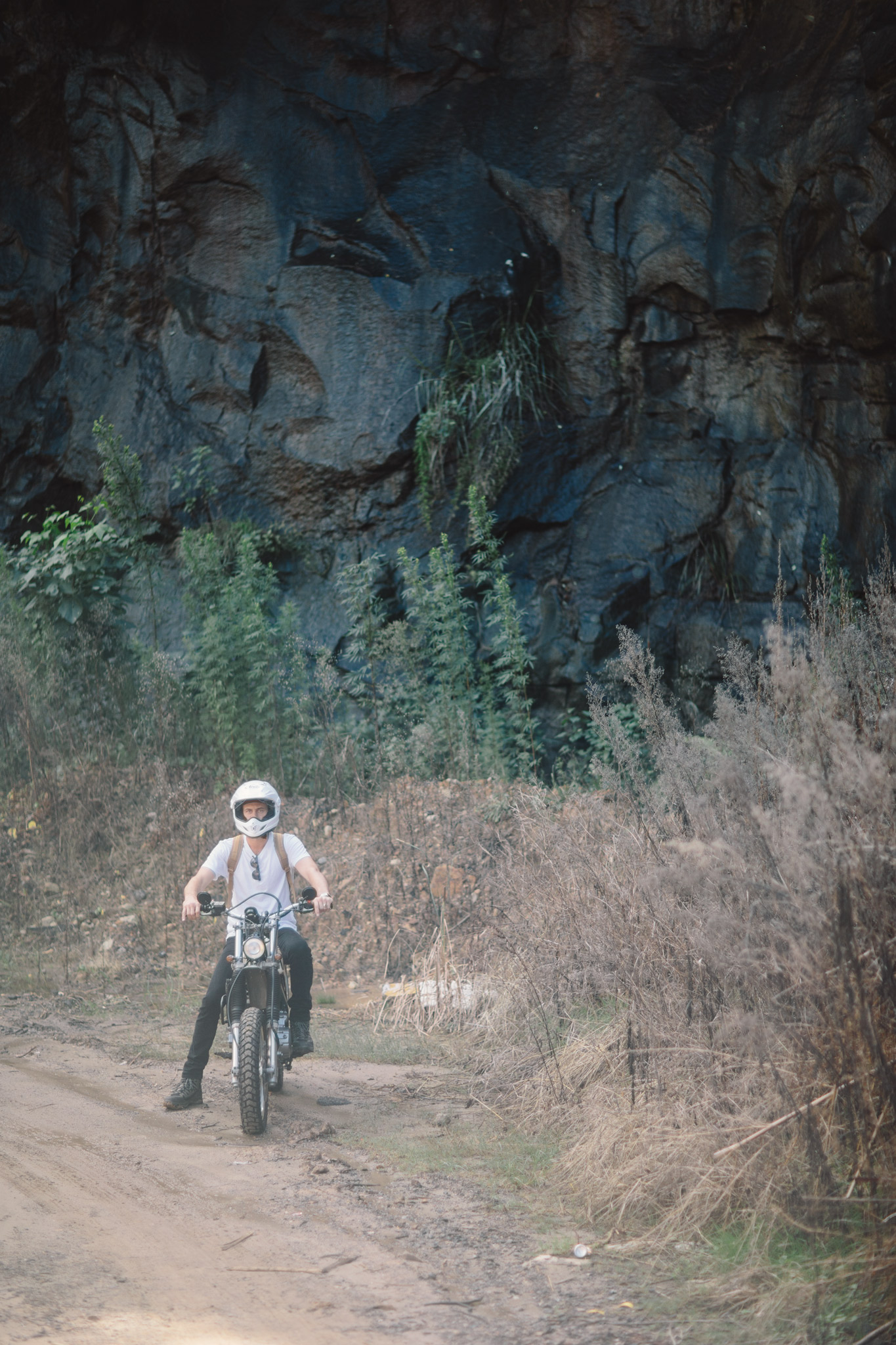 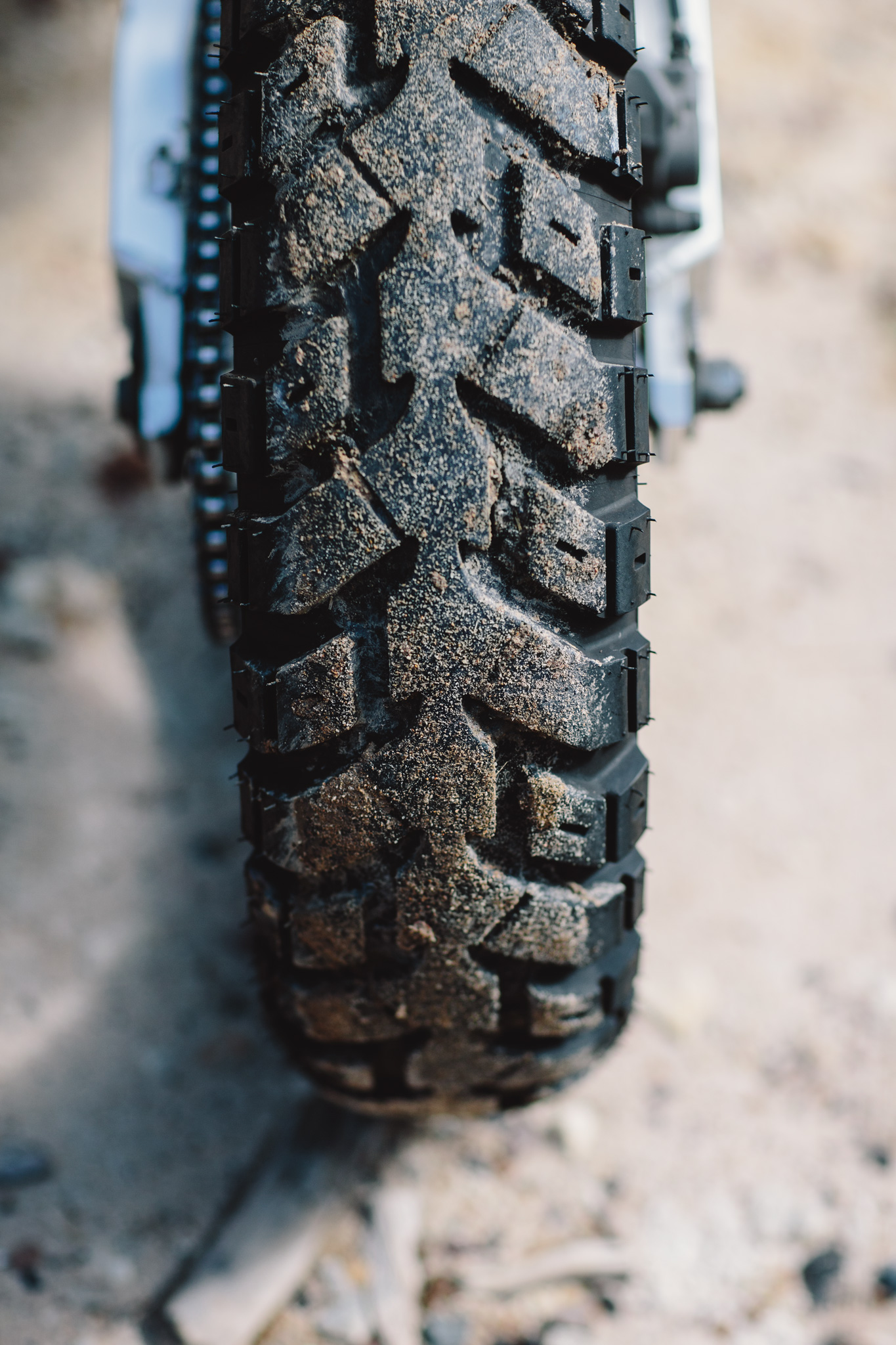 It would be a slow start piecing together all the ideas and inspiration for this build, as Pat trawled through all the popular scrambler and tracker builds that were coming out. Once the plans were settled, it was off to Darren at DNA Custom Cycles to get this bike Scrambling. “I didn’t have a garage or appropriate tools to take on this build, and with Darren’s knowledge and skills we ended up with a far better end result than I had first envisaged.” 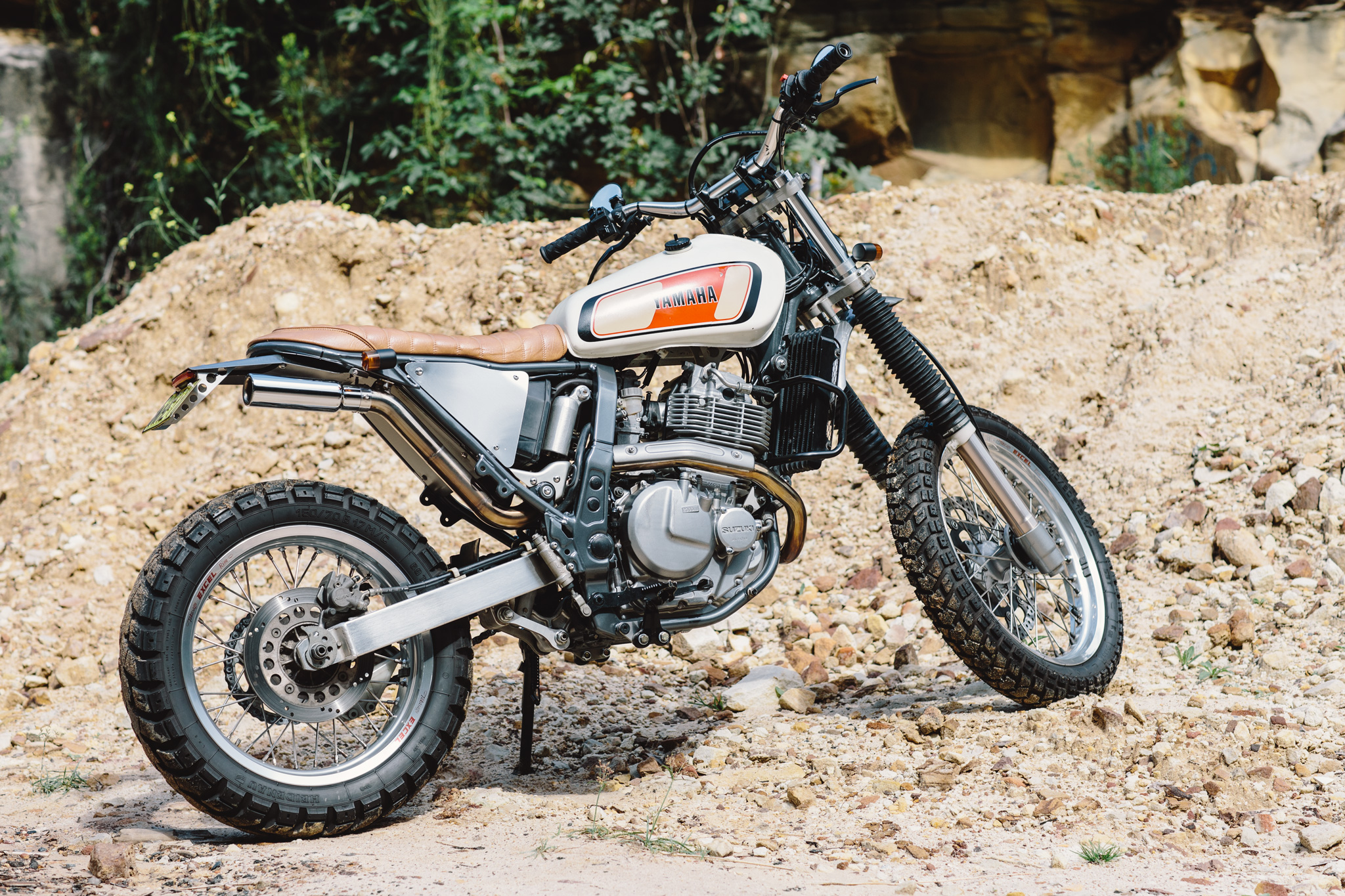 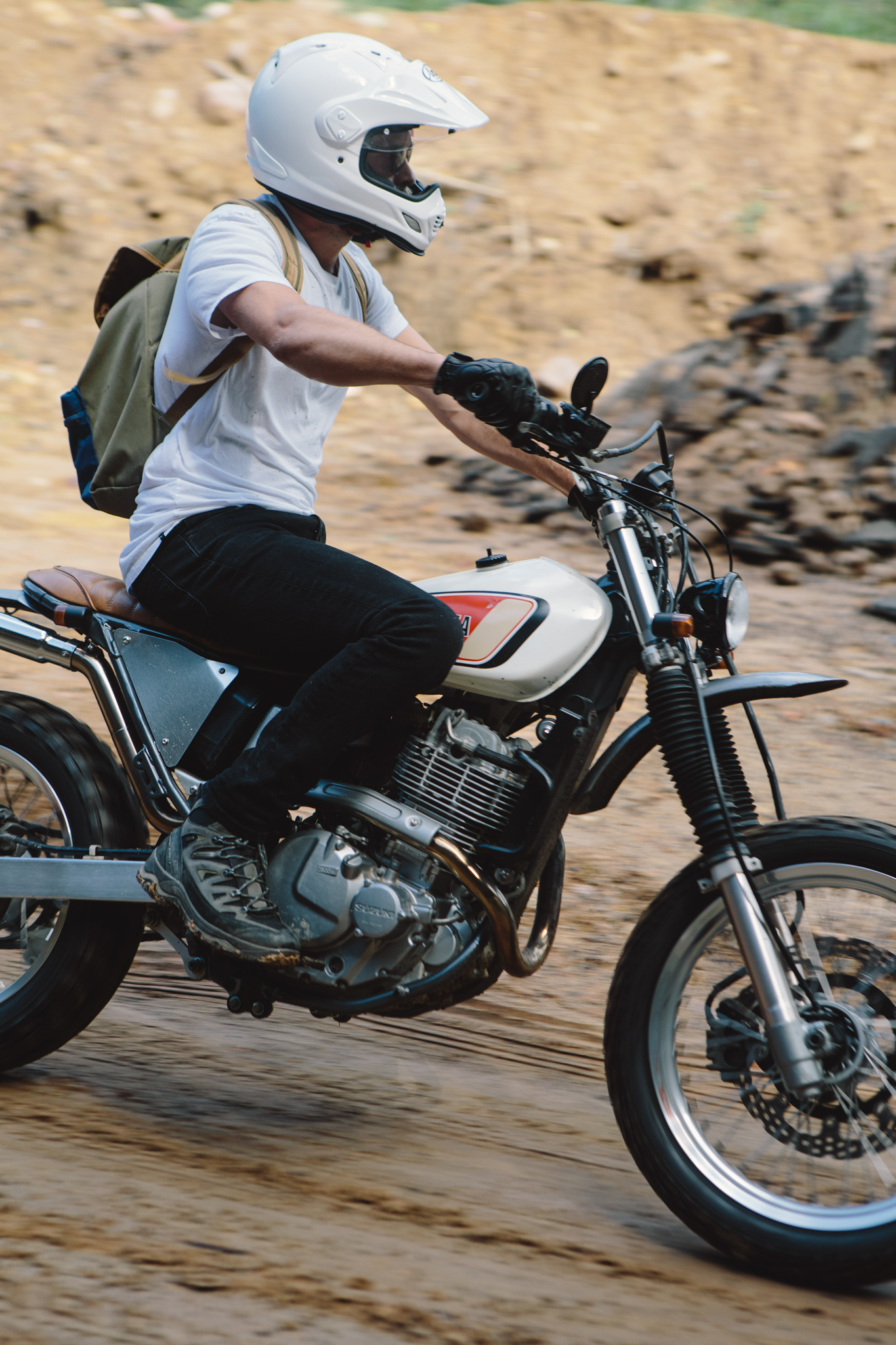 Over at DNA, the bike was completely stripped down, with the frame being powder coated along with most of the other bolt on parts receiving some fresh paint. I had upgraded the wheels (Excel Takasago front 19×2.5 inch from 21×1.85 inch, rear 17×4.25 inch from 17×2.5inch) laced to standard hubs, suspension, fuel delivery (Mikuni TM40 Pumper) and bigger front brakes previously to improve the overall rideablity of the bike.

“It’s really just a great little all-rounder. Enough power for what I need, it can keep up with most bikes on the sealed twisty mountain roads, and it feels at home in the dirt too. The new and improved look is a huge bonus, I have already had a lot of good feedback from lots of people – some are confused whether it’s a Yamaha or something else.” 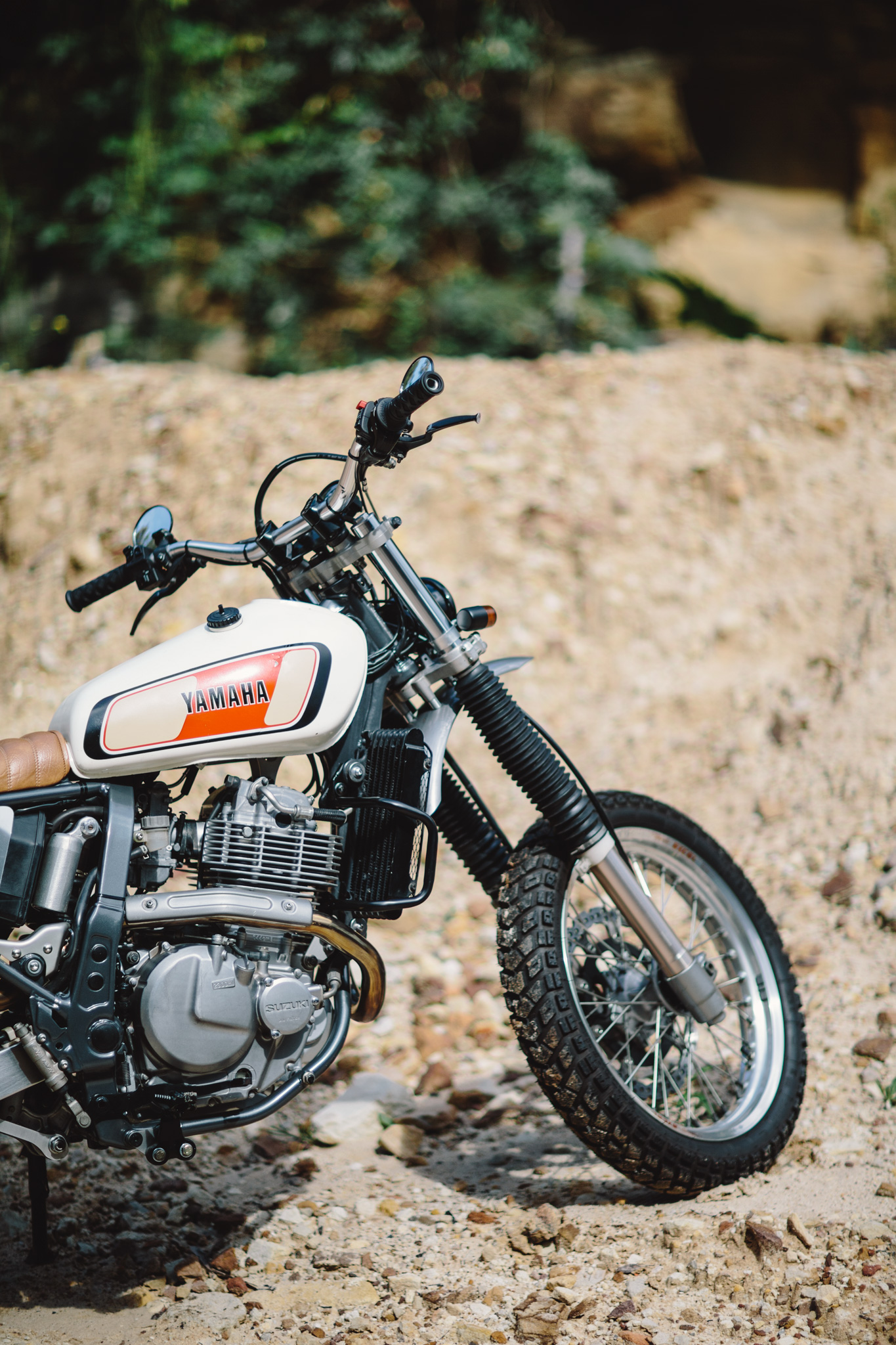 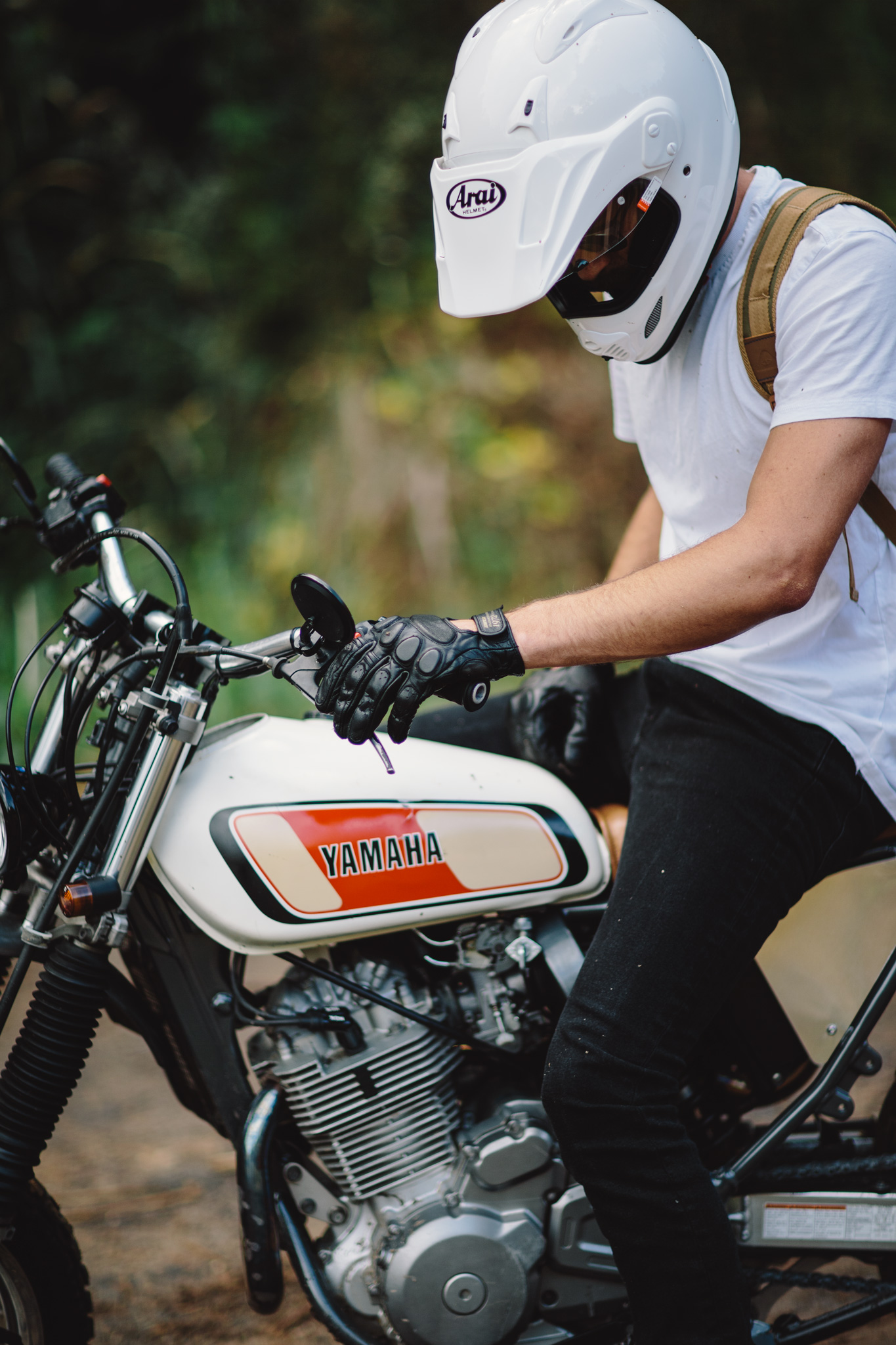 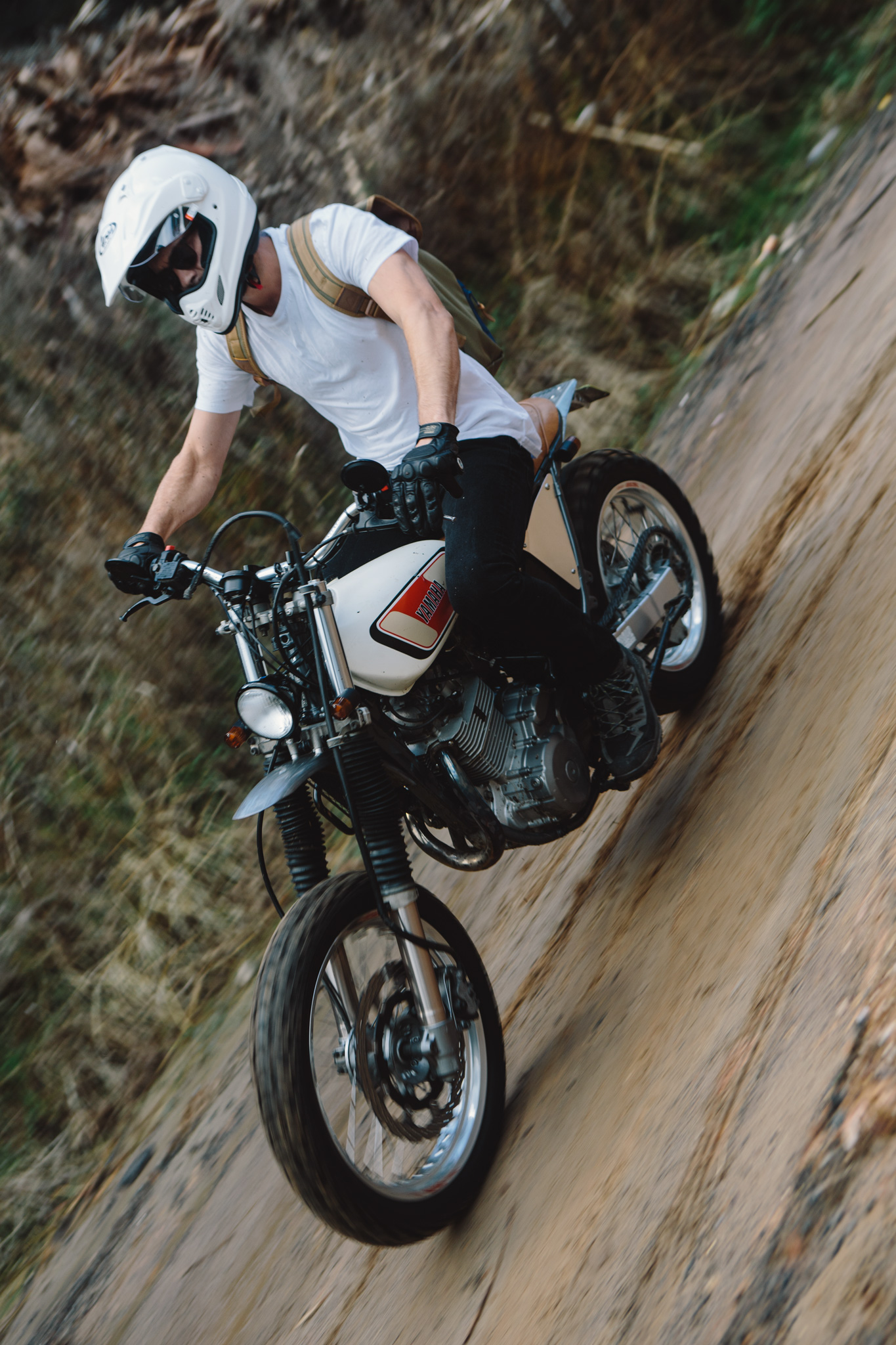 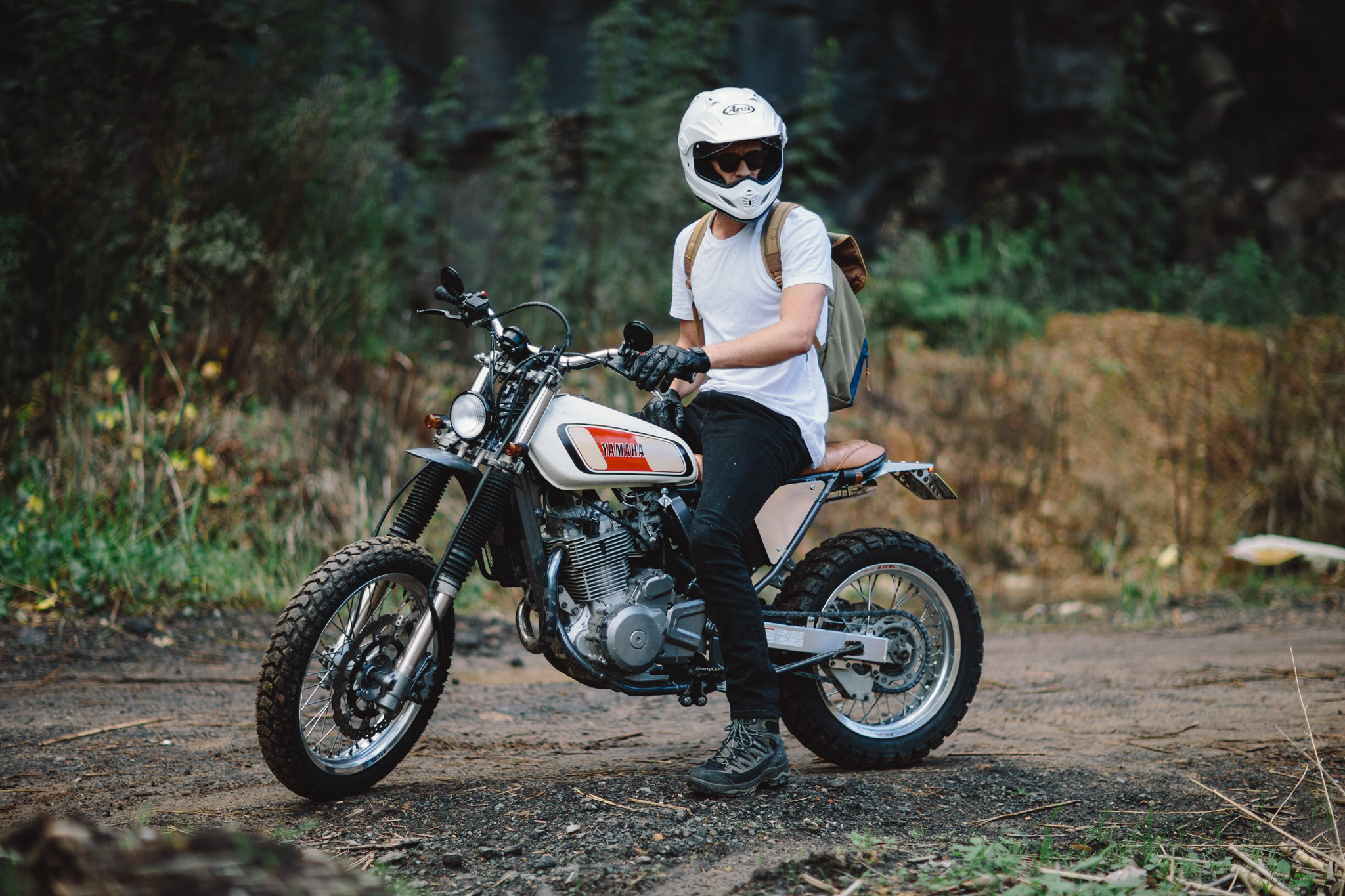 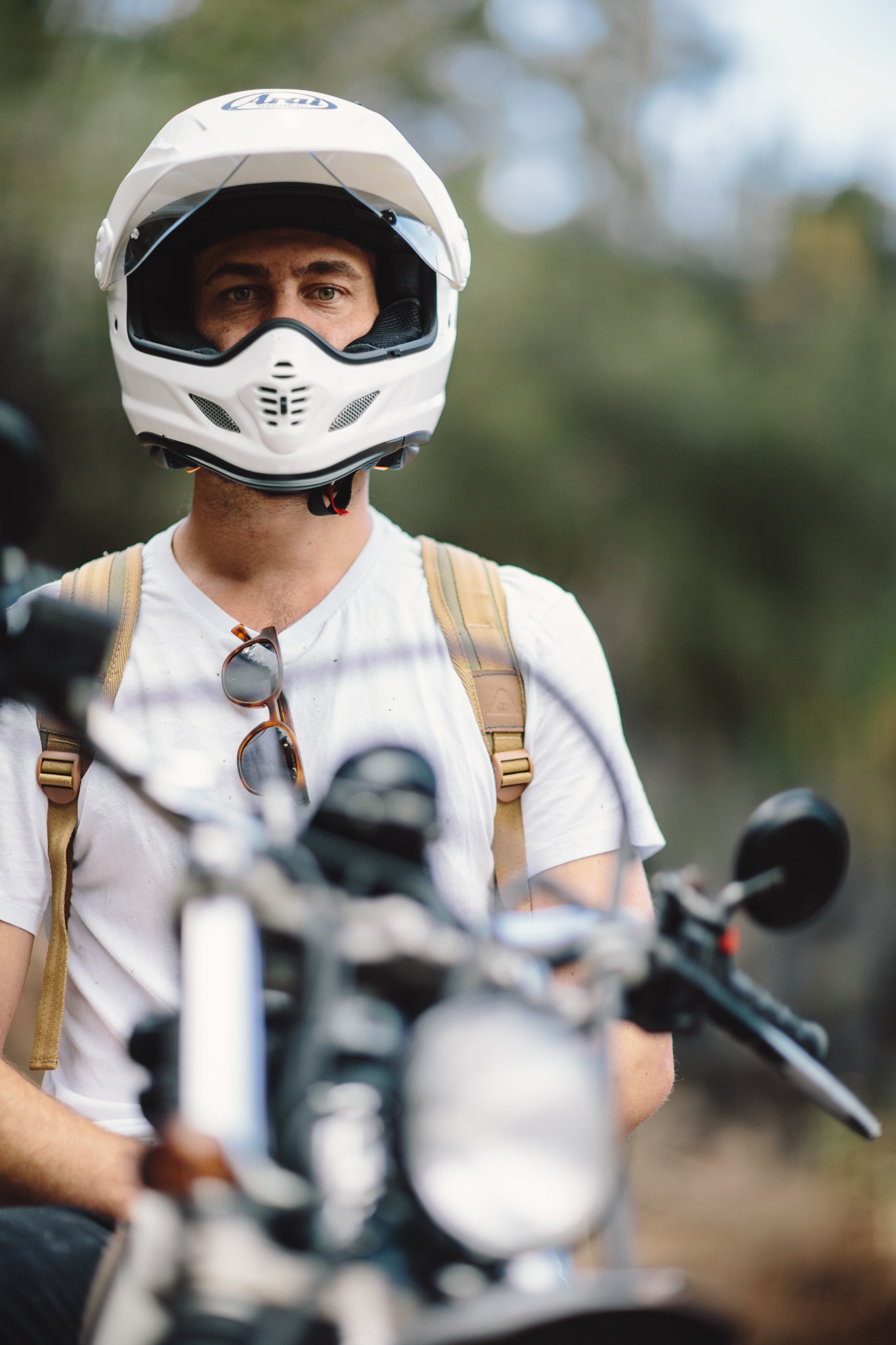 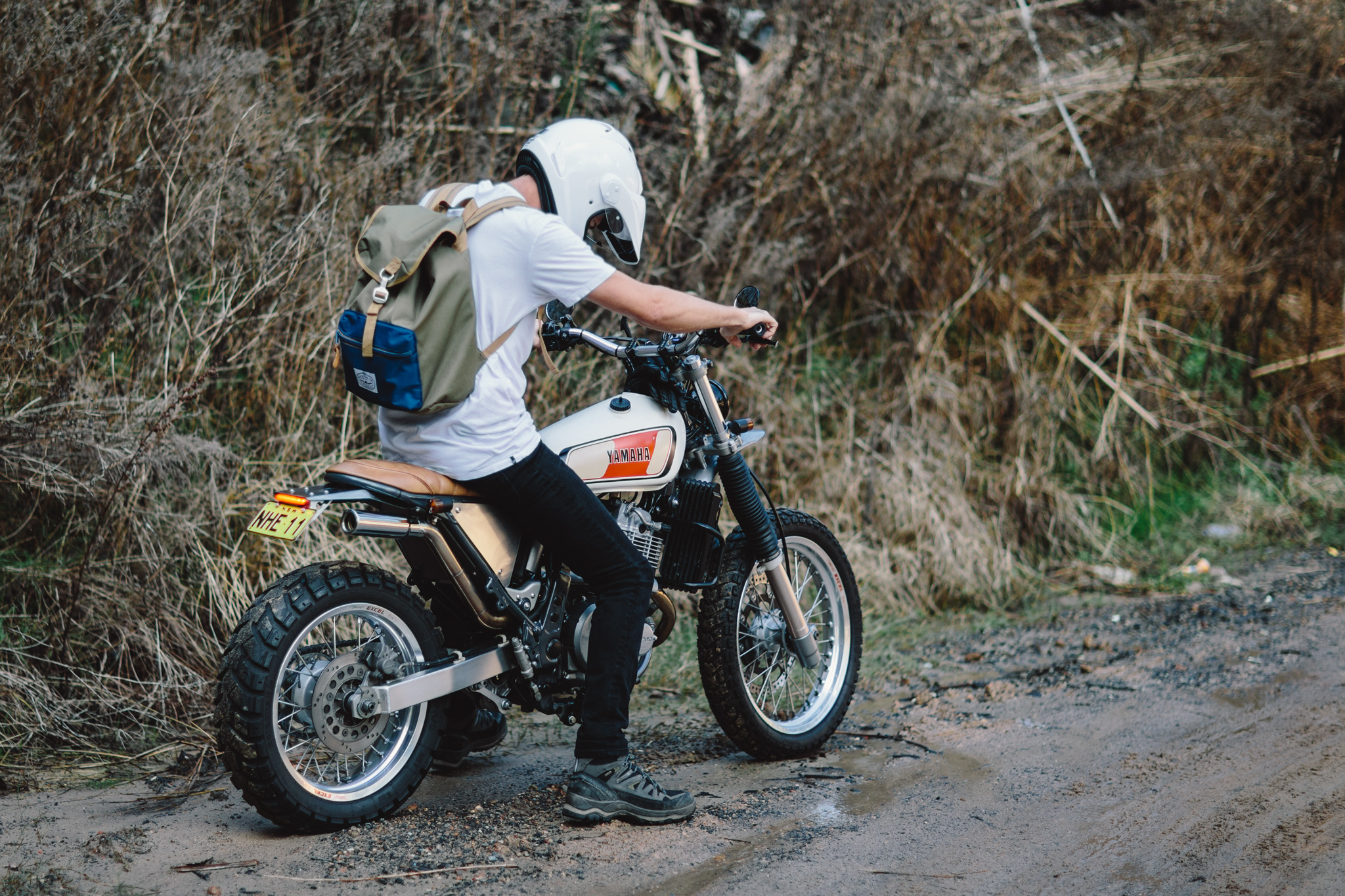