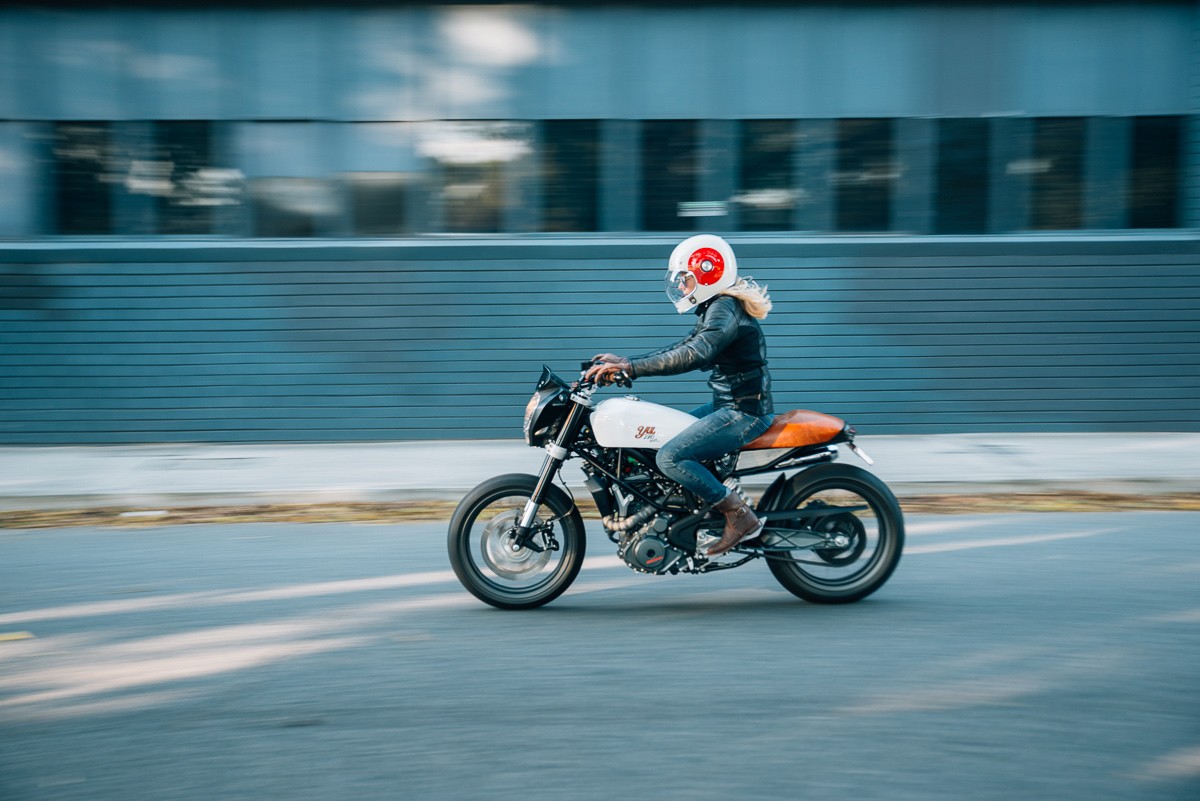 Nina wanted something unique, a modern bike that was reliable with fuel injection and ABS but with an old school cafe racer look. That was the brief given to Yul of Yuls Customs by Nina and her husband Mark. Yul delivered in the form of a bike that will have all the punters guessing. 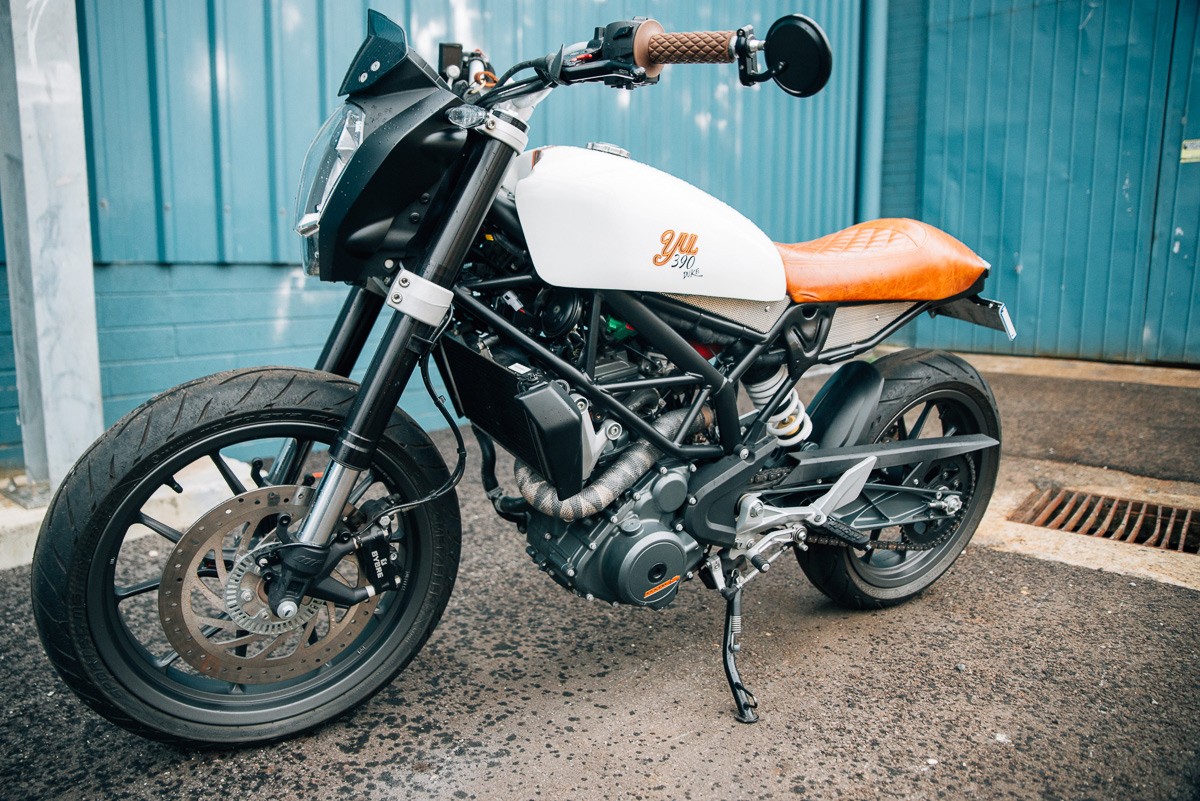 After a ton of research, Mark came across the KTM duke 390 as a suitable bike for the base of Nina’s custom scrambler. The factory ABS is a big plus for a daily rider and it suited Nina’s small stature. These bikes have been seen all around on the roads as their popularity soars – but yet has anyone done any serious custom work to one.  Nina was a big fan of the trellis frame, but not so much on the trademark KTM orange. “It was everywhere, even the cable ties where orange! We have a big boxes of orange bits now” However to stay true to it’s KTM roots, a closer look will show you there’s still some KTM signature orange hiding here and there.

Yul knocked this build out in just two months “The KTM had quite a pronounced upward rake on the rear seat. To make it look like a cafe racer we had to cut the frame and drop it down, and then make a custom seat and tail end. Mark sourced the rear light from a Ducati which we turned it upside down, it’s a nice touch as the brake and indicator lights are all incorporated” 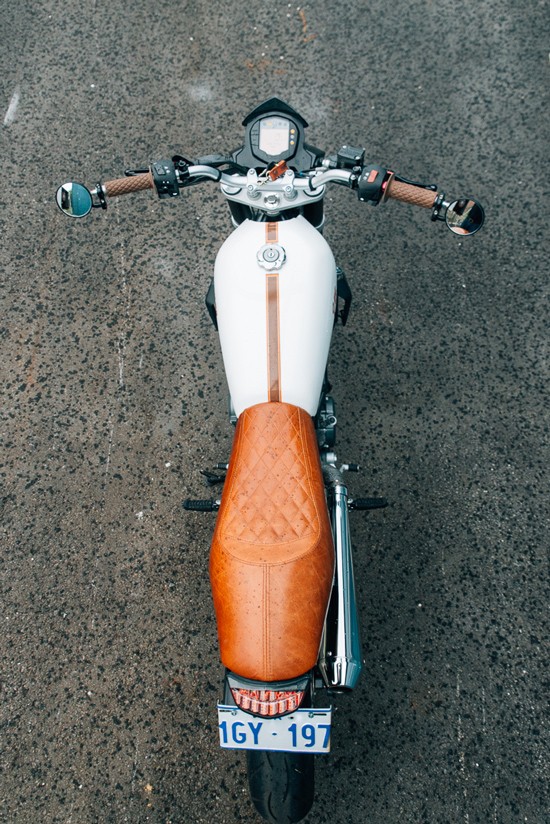 “The fuel tank was probably the most major thing to do” Yul started with an old Honda style tank “I cut it shut it and stretched it to fit the pump and everything up inside the tank” gaining an extra 5-6 litres in the process, it also had to be made to play nice with the trellis frame, one of the main aesthetics that attracted Nina to the duke 390. “The bike is lightweight, safe and fast, it certainly gets a lot of attention.”

“I love it, I ride it almost every day, and it’s the easiest bike to ride. If I don’t ride it to work I’ll go for a short spin along the river or up the coast when I get home.”

Photography by Sam Luckman – Be sure to follow @samluckyman 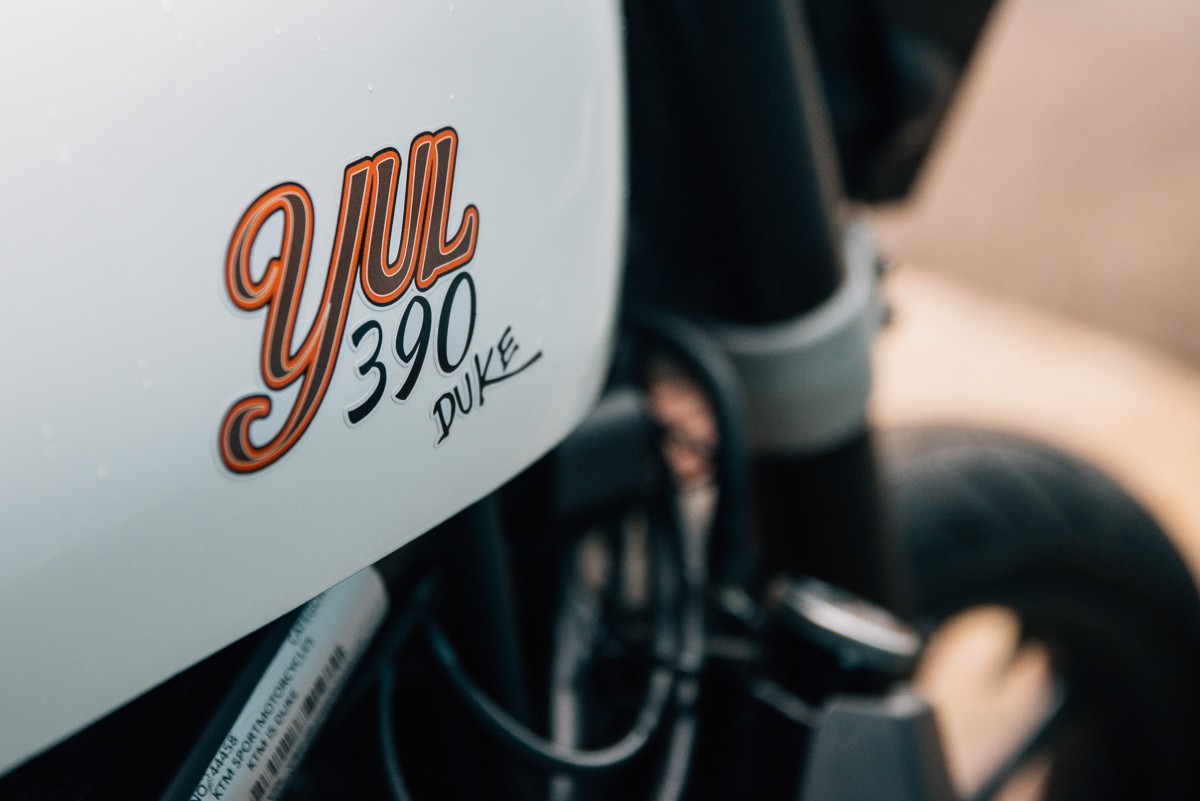 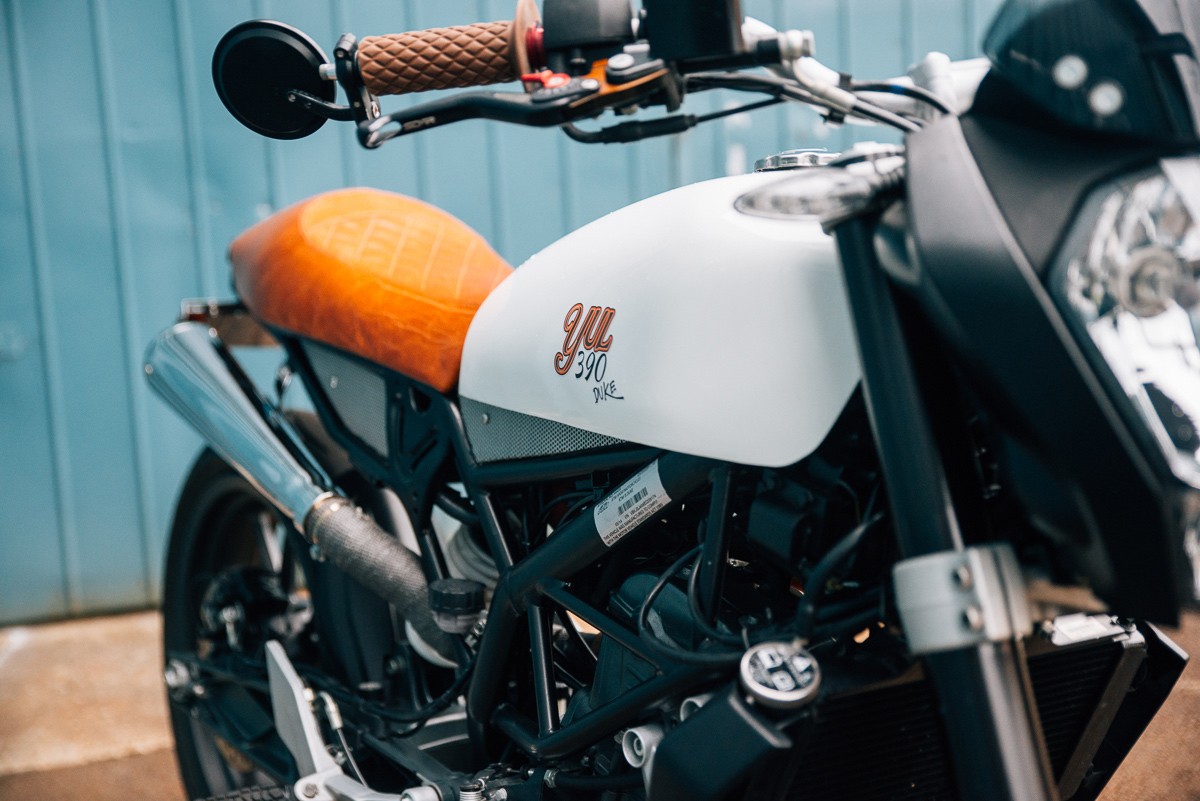 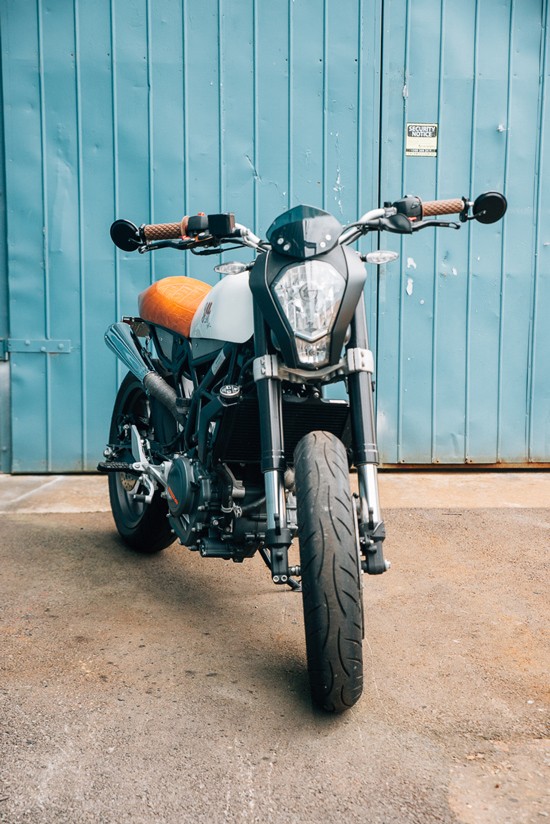 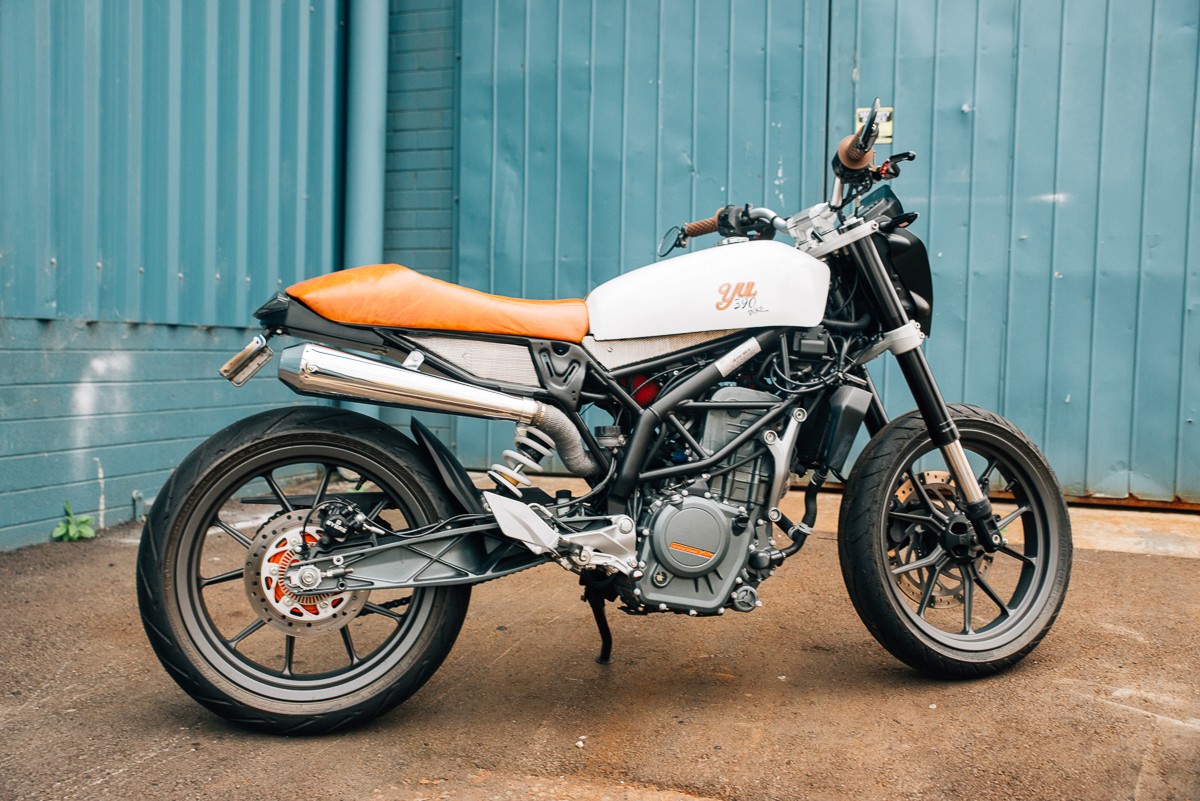 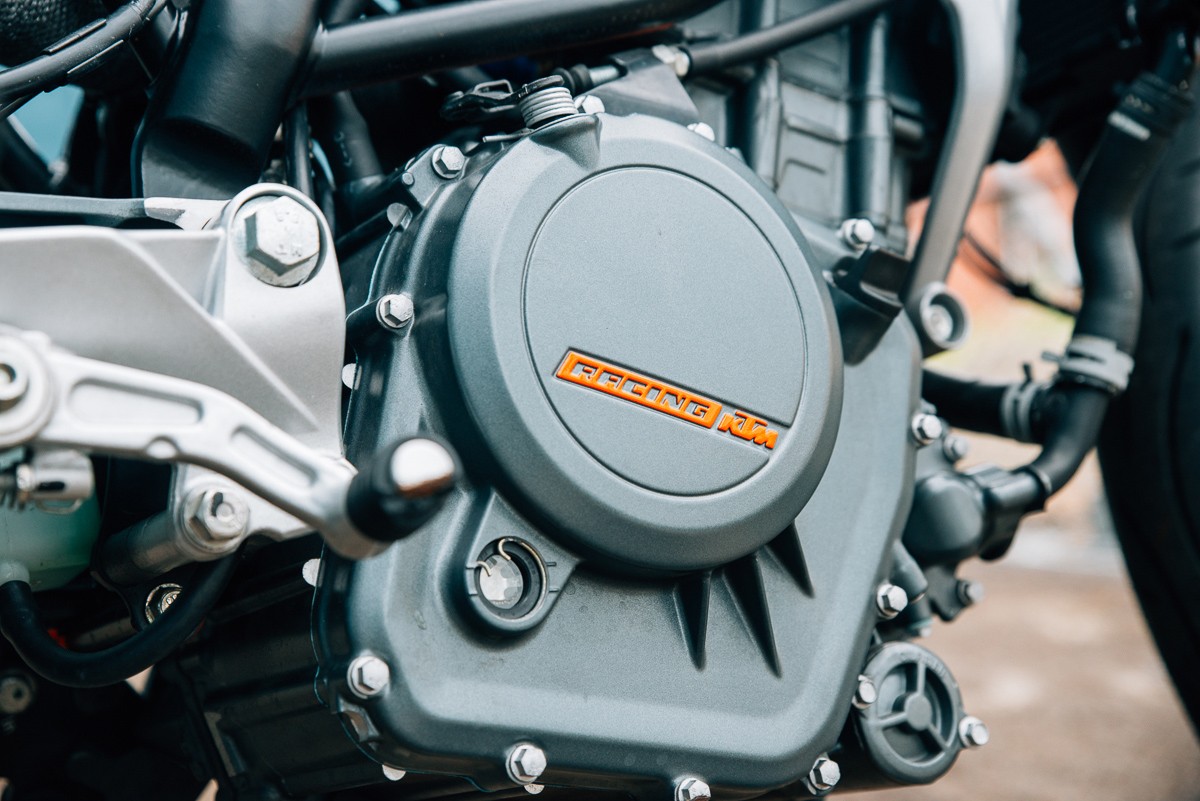 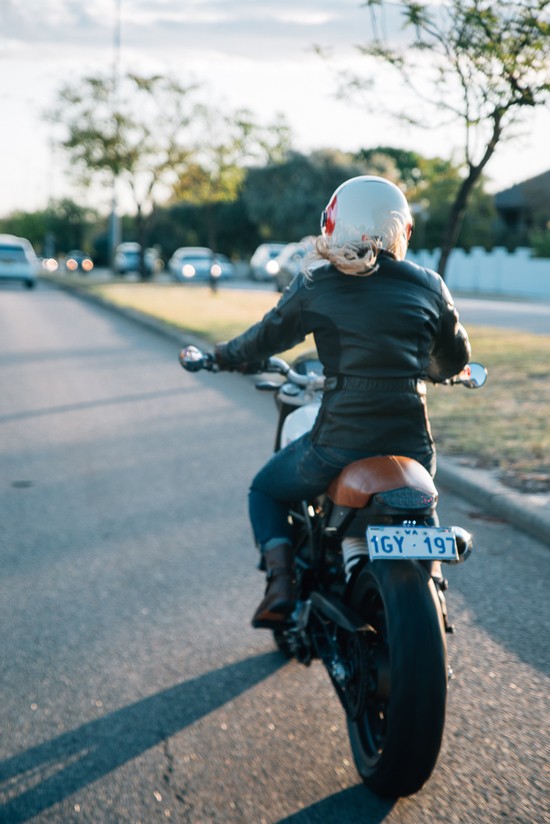 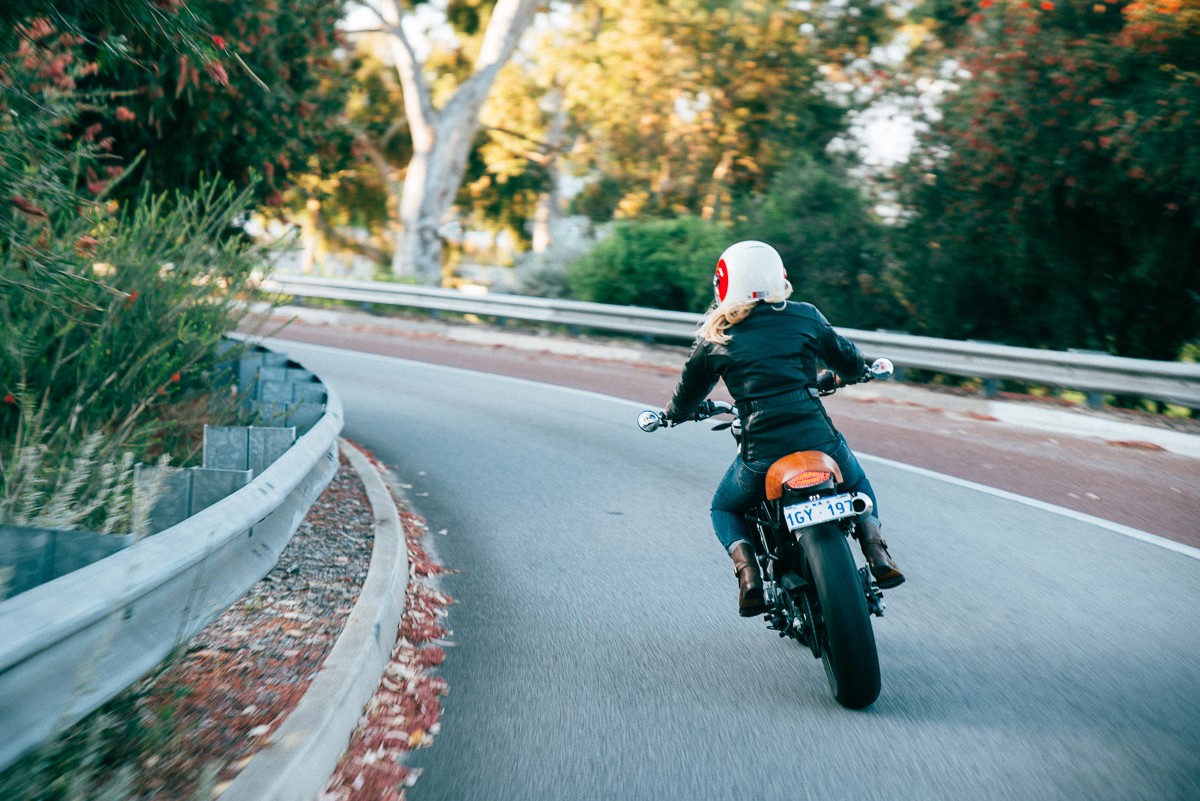 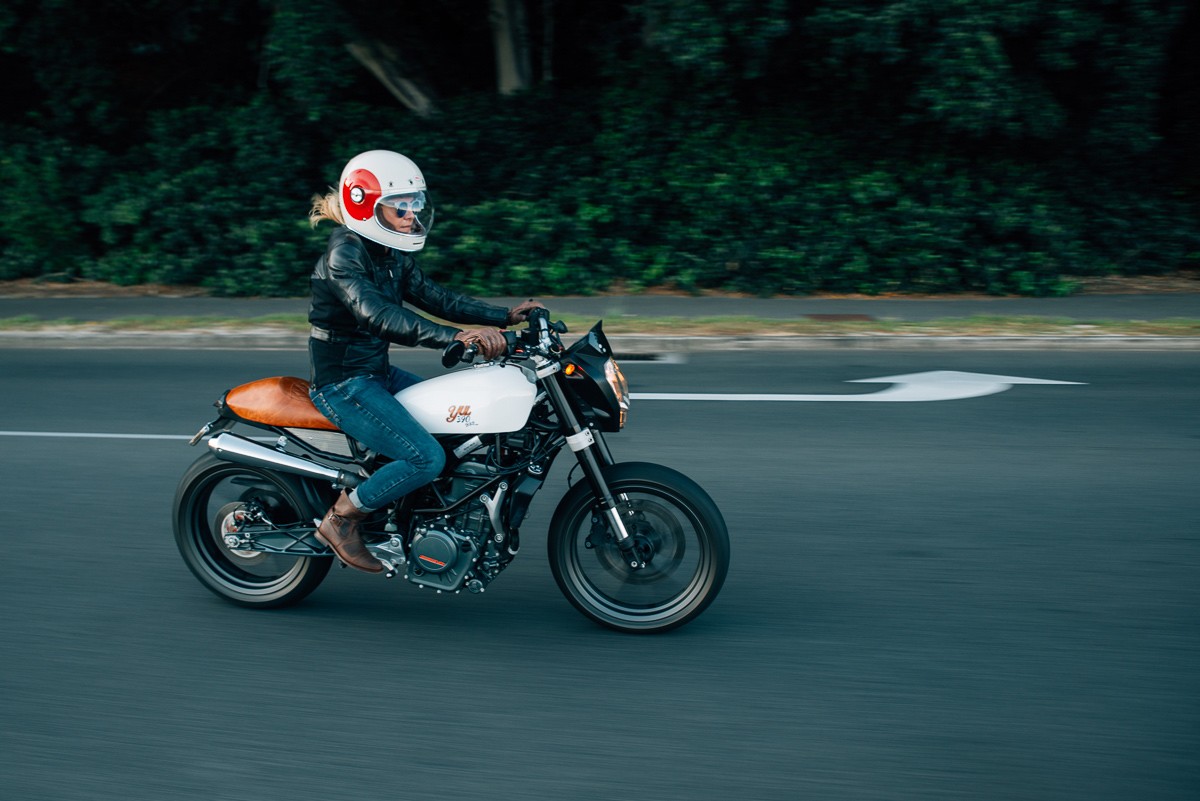 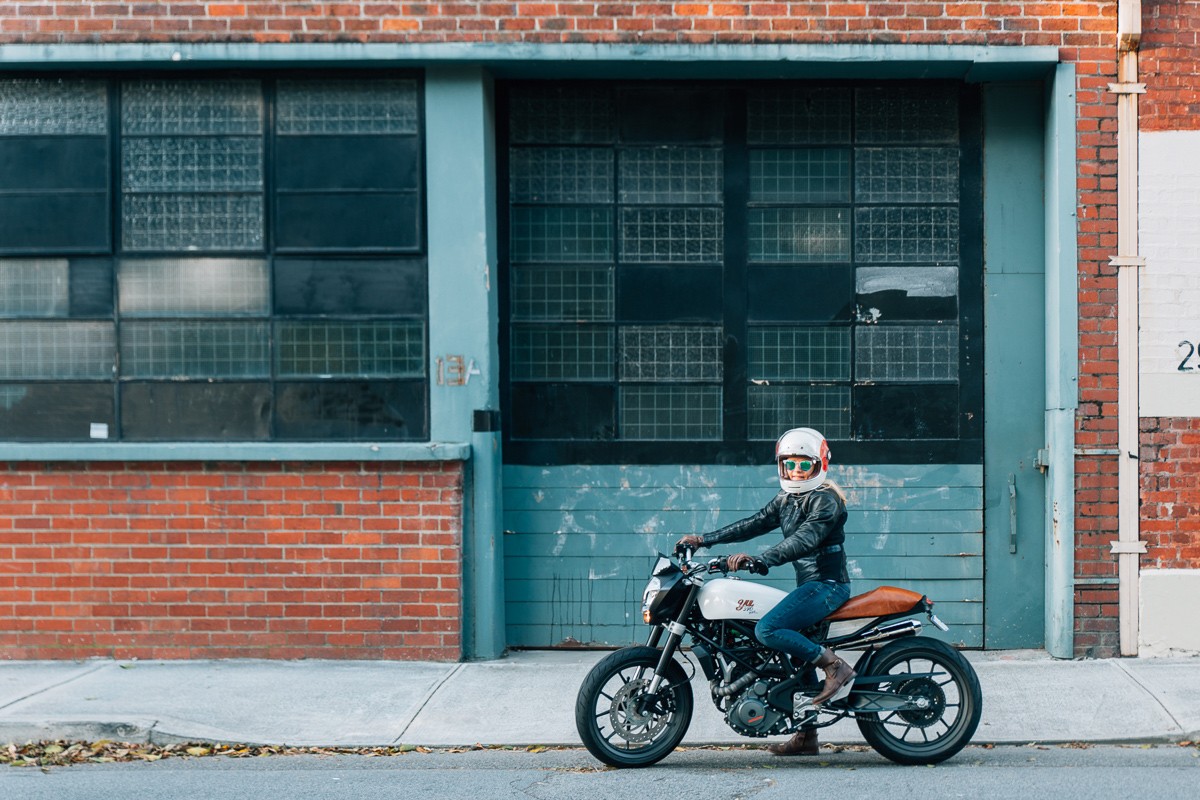 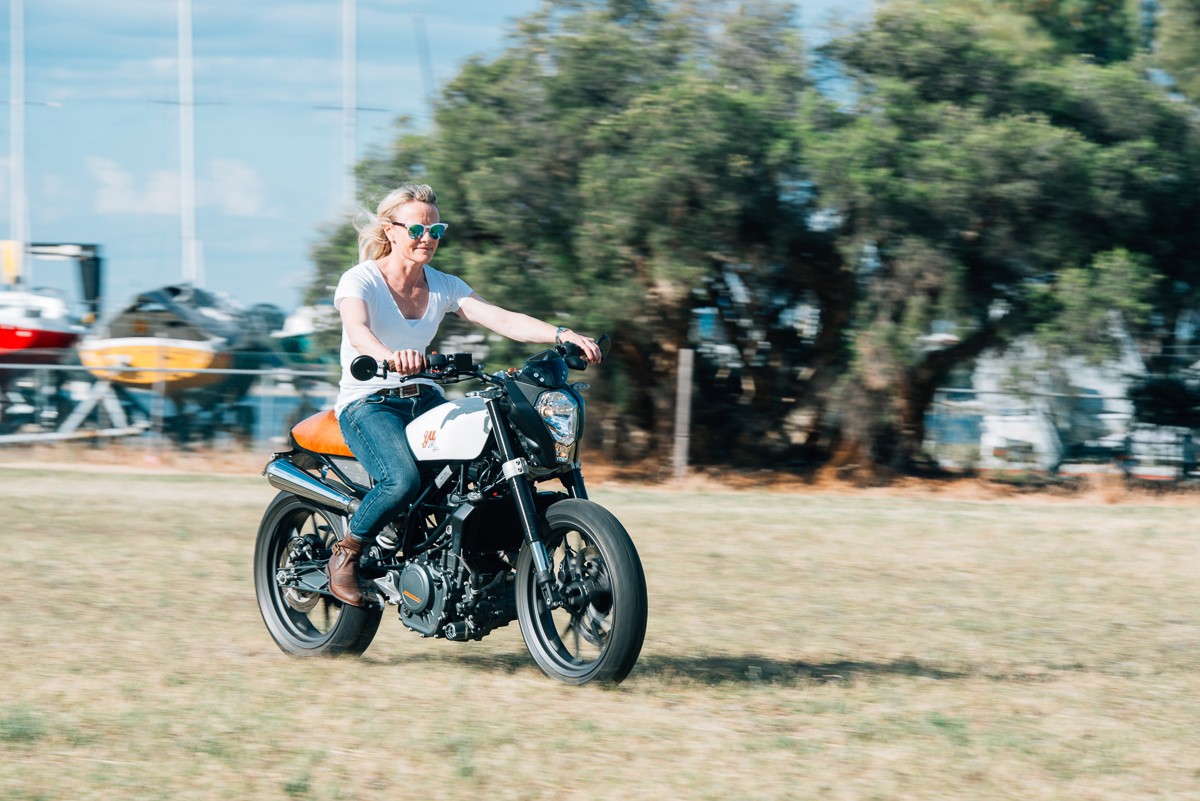 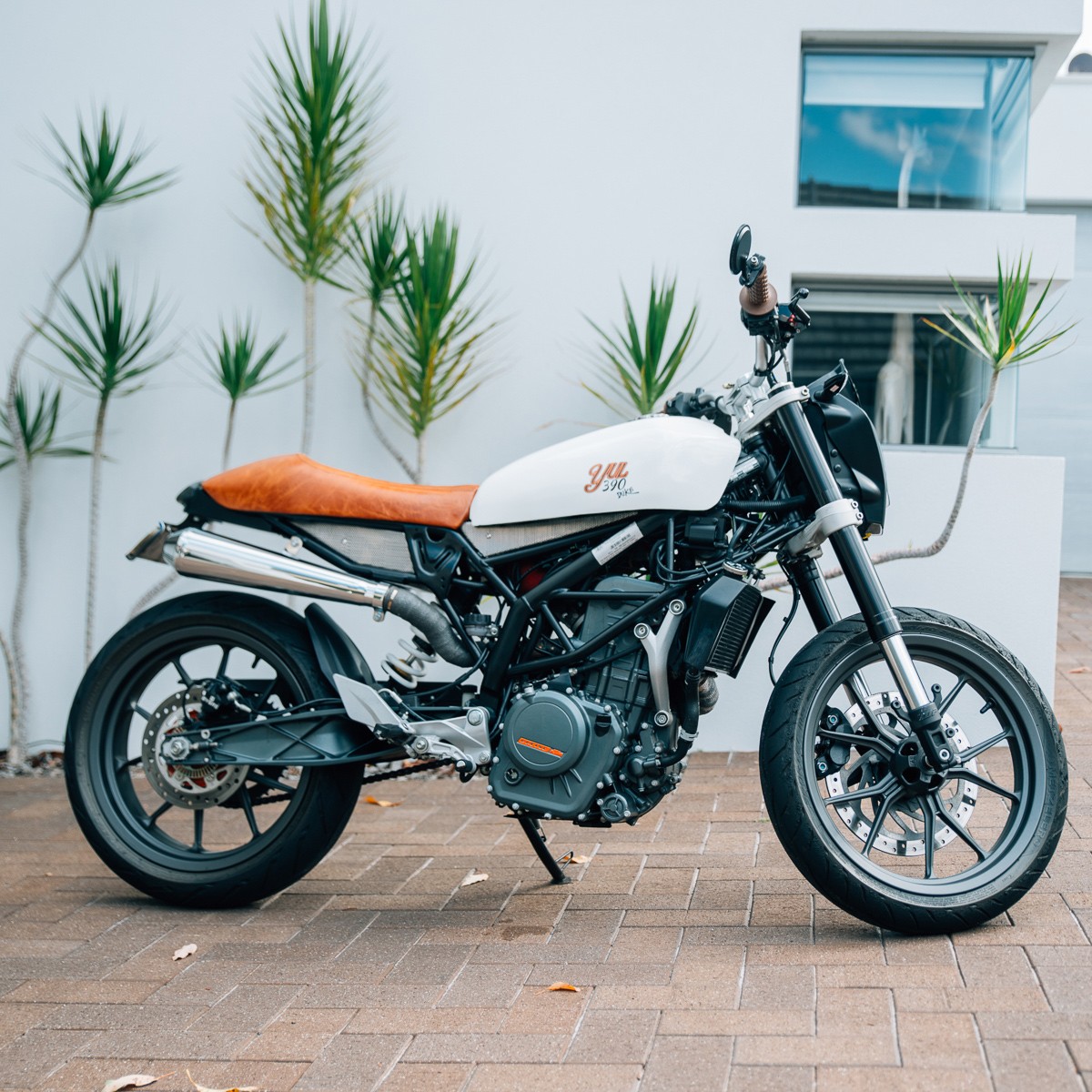 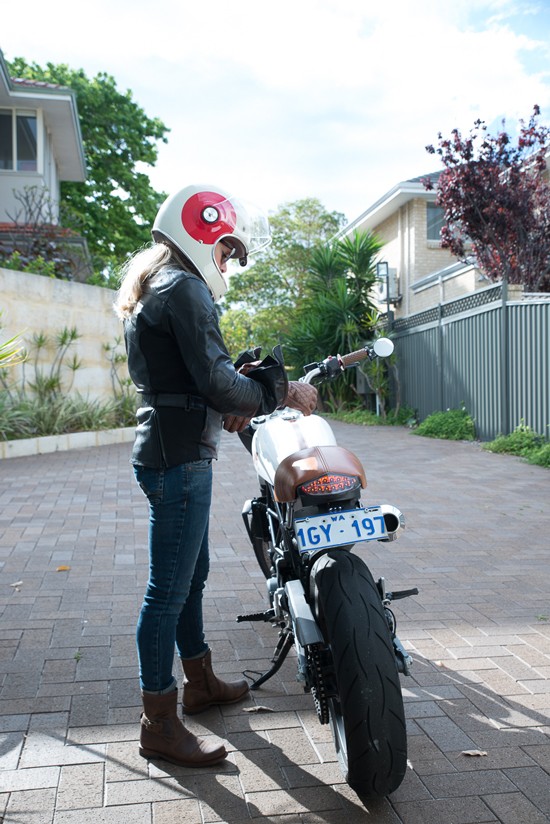