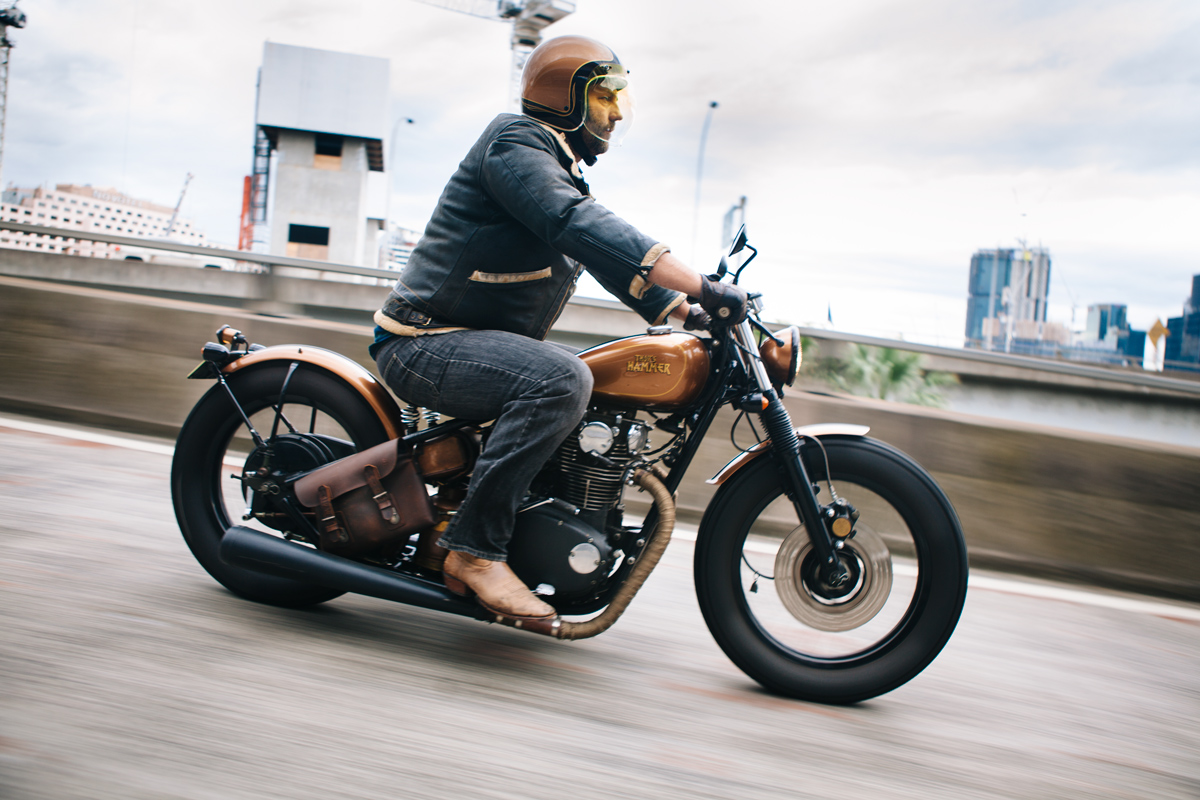 Hand built, piece by piece in the living room of a second story apartment, this bike is no show pony; it’s a work horse! Thor’s Hammer dodges taxis and soccer Mums in Sydney’s traffic roulette daily. This is the finest commuter you’ll ever see. 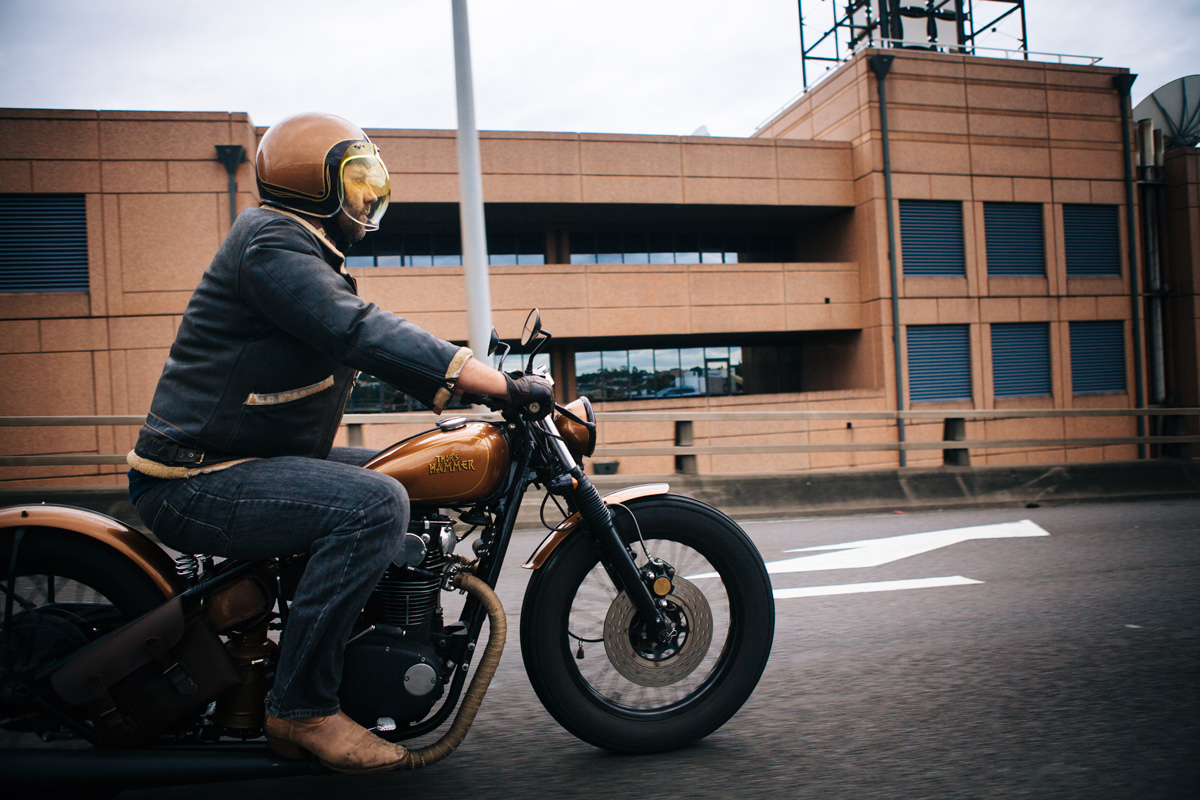 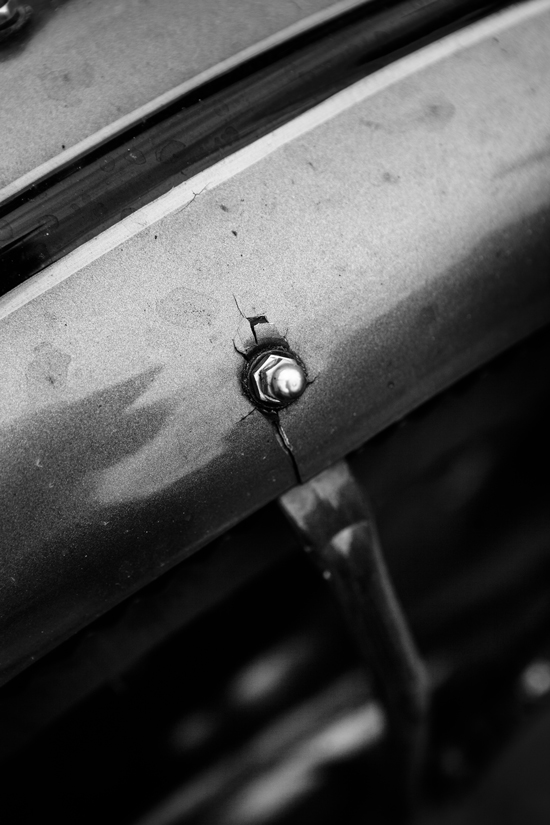 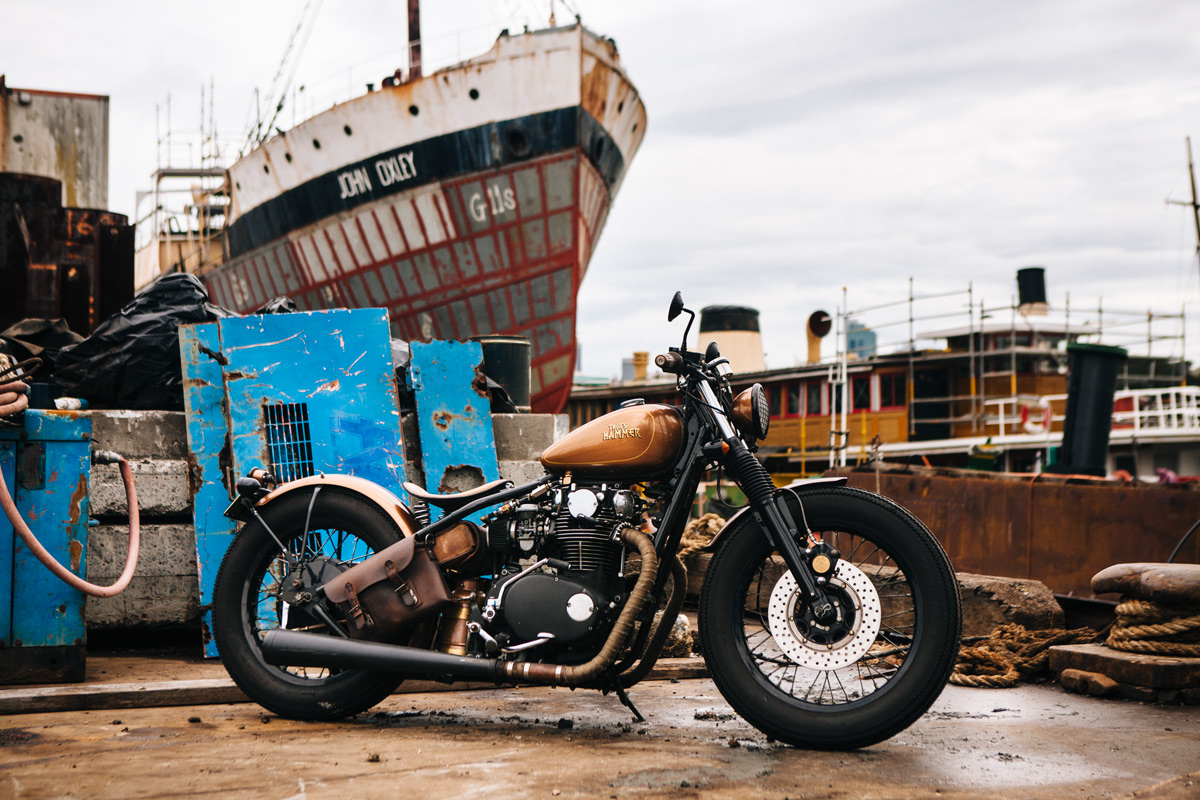 Having ditched his Ford F100 truck, Stephen was after something a bit more practical for commuting to work, and 2-wheels were the answer. Initially wanting to have a Triumph based build, Stephen came across a cheap XS650 project which would then become the soul for this build. Buying with the intention to bob, Stephen has always loved hot rods and motorcycle scene’s from the 50’s and 60’s. Now he wanted to make his own interpretation of what he might have been riding if he was around that era (He swears he wasn’t alive in the 50’s, but I’m sceptical)

Pretty much the only two major aspects of the build I couldn’t do in my apartment were the hardtail and the final paint; with everything else rebuilt in the kitchen, balcony, bedroom and living room.”

“I had a clear plan of the look, feel and colour scheme I wanted before I even started the process of bobbing the bike. In the end I built exactly what I’d envisioned” But it wasn’t an easy task, with Stephen deciding to build the bike in his living room, which is on the second story of an apartment block. This was through necessity however, as he did have any suitable or secure spaces to get stuck into the project. “Pretty much the only two major aspects of the build I couldn’t do in my apartment were the hardtail and the final paint; with everything else rebuilt in the kitchen, balcony, bedroom and living room.” 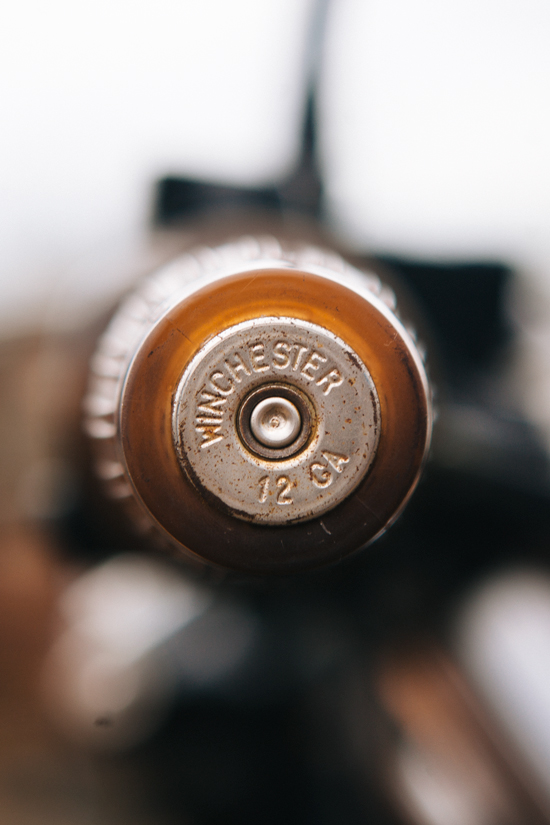 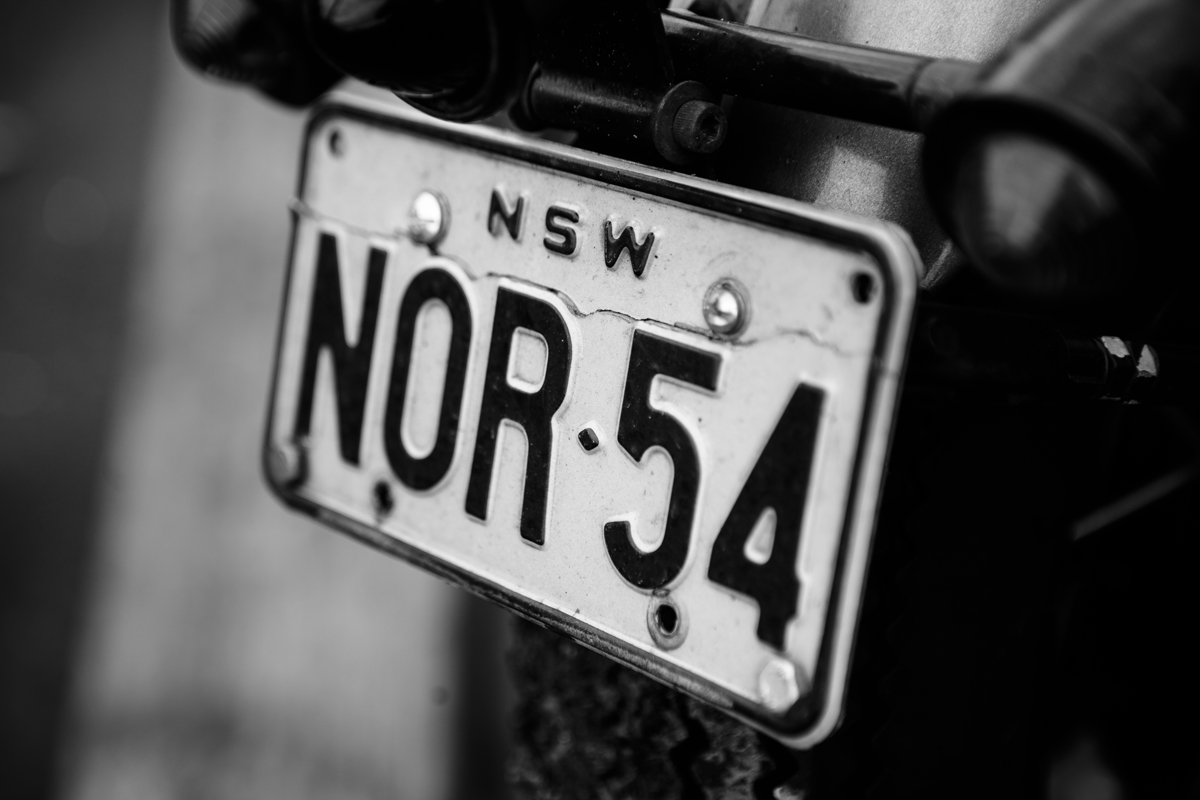 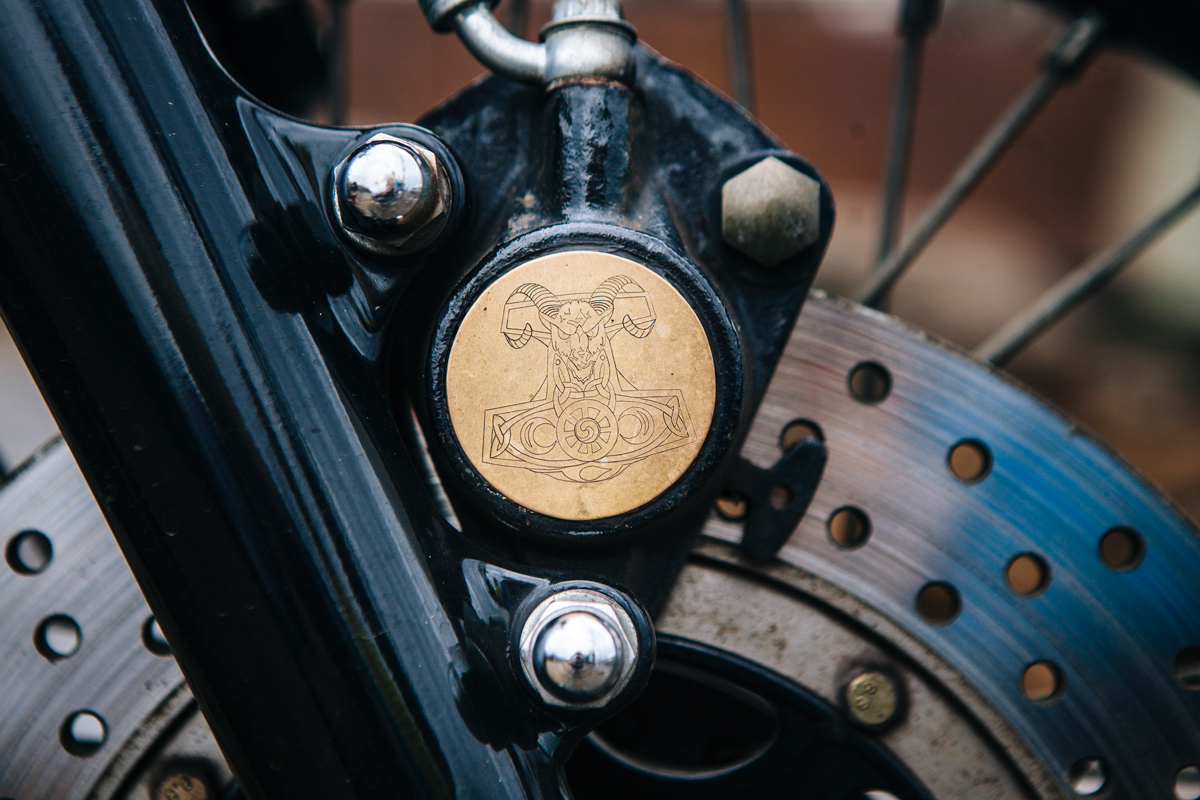 Thor’s Hammer has tons of small details that can catch your eye. An engraved plate of Thor’s Hammer, sits above the front brakes. Some spent Winchester casings plug the handlebars, while the battery and ignition are housed inside a copper and brass milk jug under the seat which has been engraved “Mjölnir” the Hammer of Thor.

Despite all the hard work, money and detail that has gone into this ride, Stephen uses it to commute to work every day, and though the love for his creation is no doubt there, he’s not precious about it’s use. Cracked brackets and chipped paint, a licence plate that has snapped off and is holding on for a second time, and of course the odd leak here and there are just some of the bikes quirks. Getting out with the bike and giving it proper use is the best way to enjoy your ride. It would look good in a showroom, polished and perfect, but that’s not what motorbikes are for. They’re for riding. And making you look cooler than you actually are. 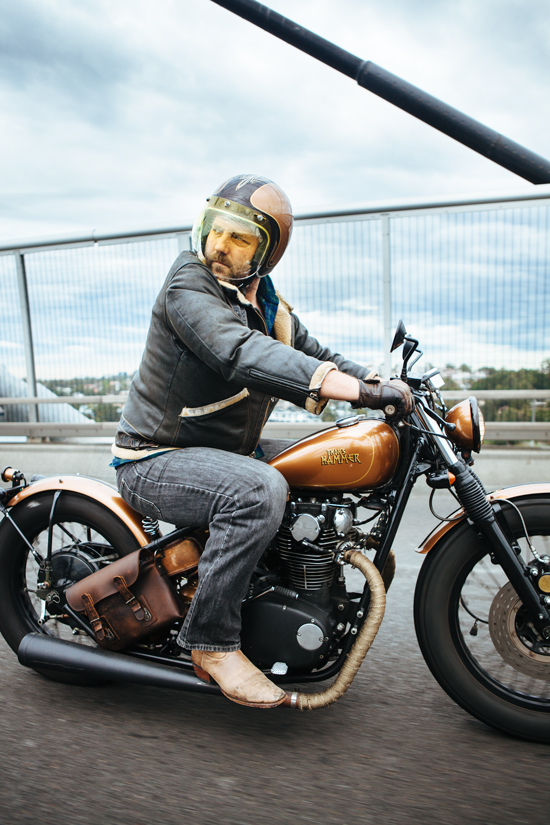 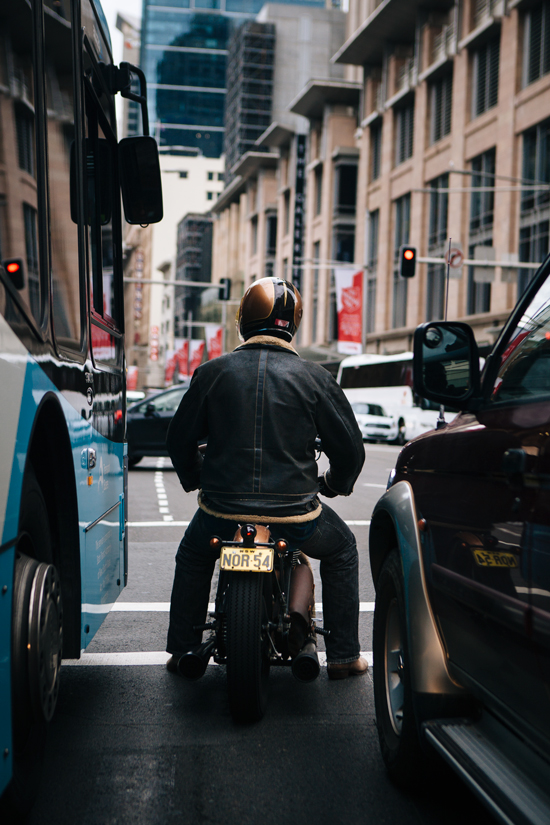 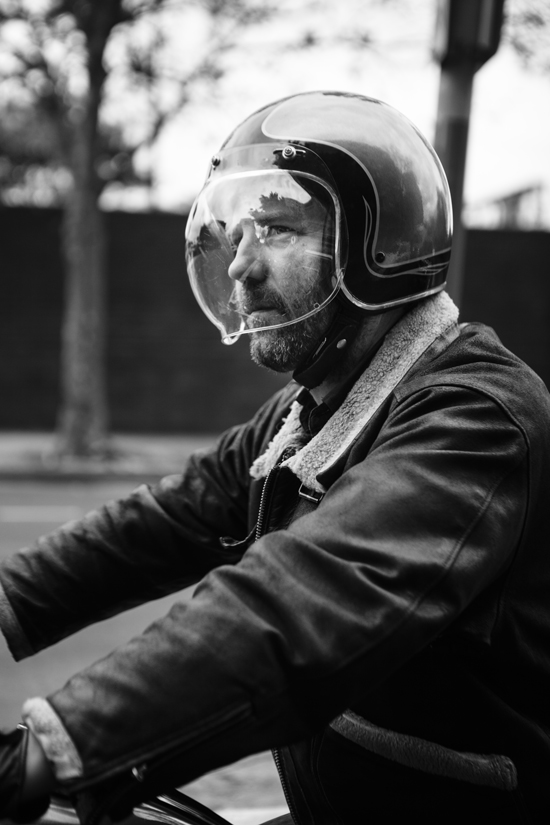 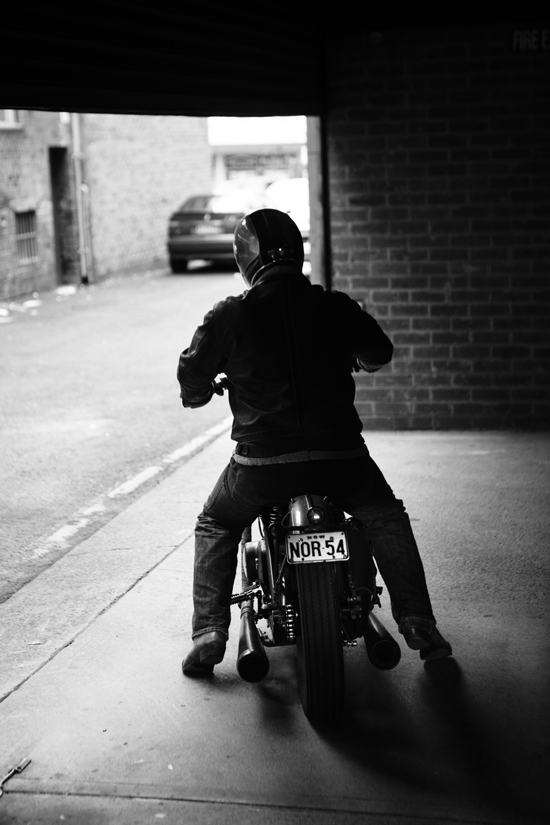 “Being my only form of transport, I ride it daily whether its rain, hail or shine; averaging between 1500 – 2000 kms per month. As a result it’s copped a pounding along the way, with plenty of roadside action to make my daily commute that little more interesting. I recently challenged myself by heading out with my partner Nicci on her cafe’ racer upon a 1600 klm NSW road trip, with not one issue at all. I’ve dialed out most of the bugs with it running like a steam train now”

The bike has a metric fuck-ton of character it’s developed during it’s build and after, when it’s on the road being pushed to it’s limits.

You can see more on the build of this bike and what went in from start to finish on Stephen’s blog here – inmotionphotogxs650.blogspot.com.au 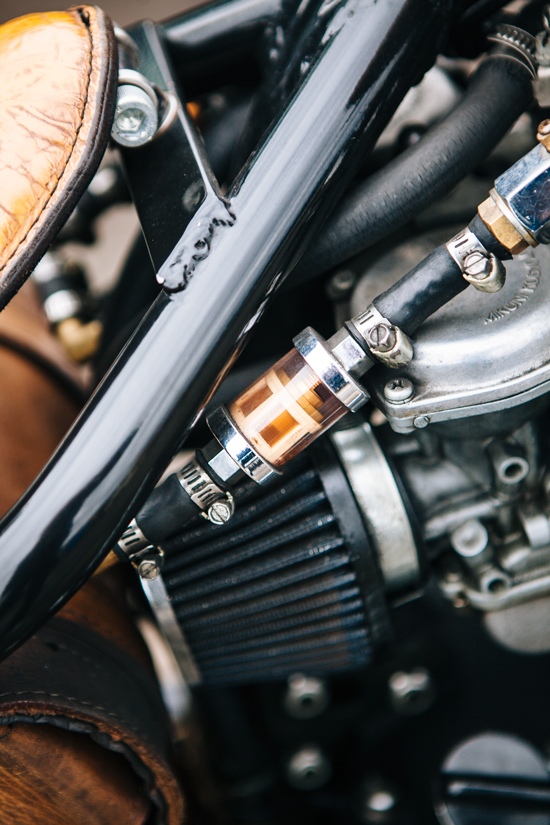 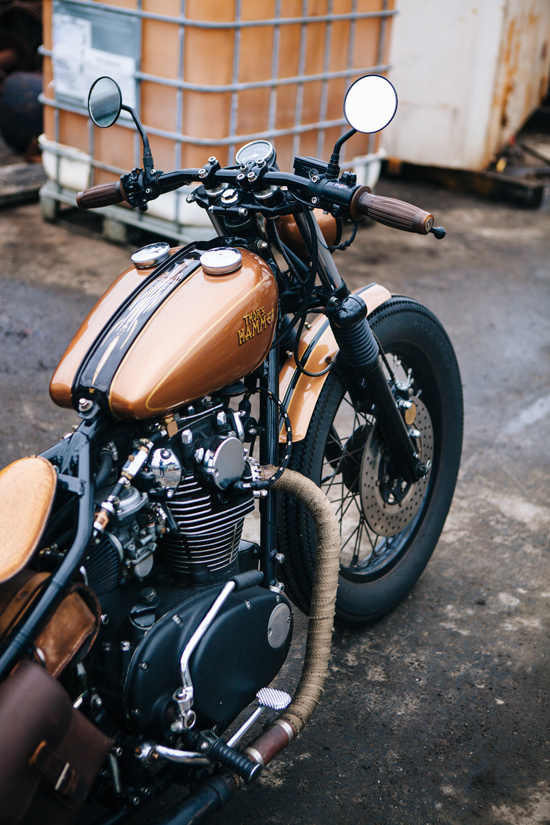