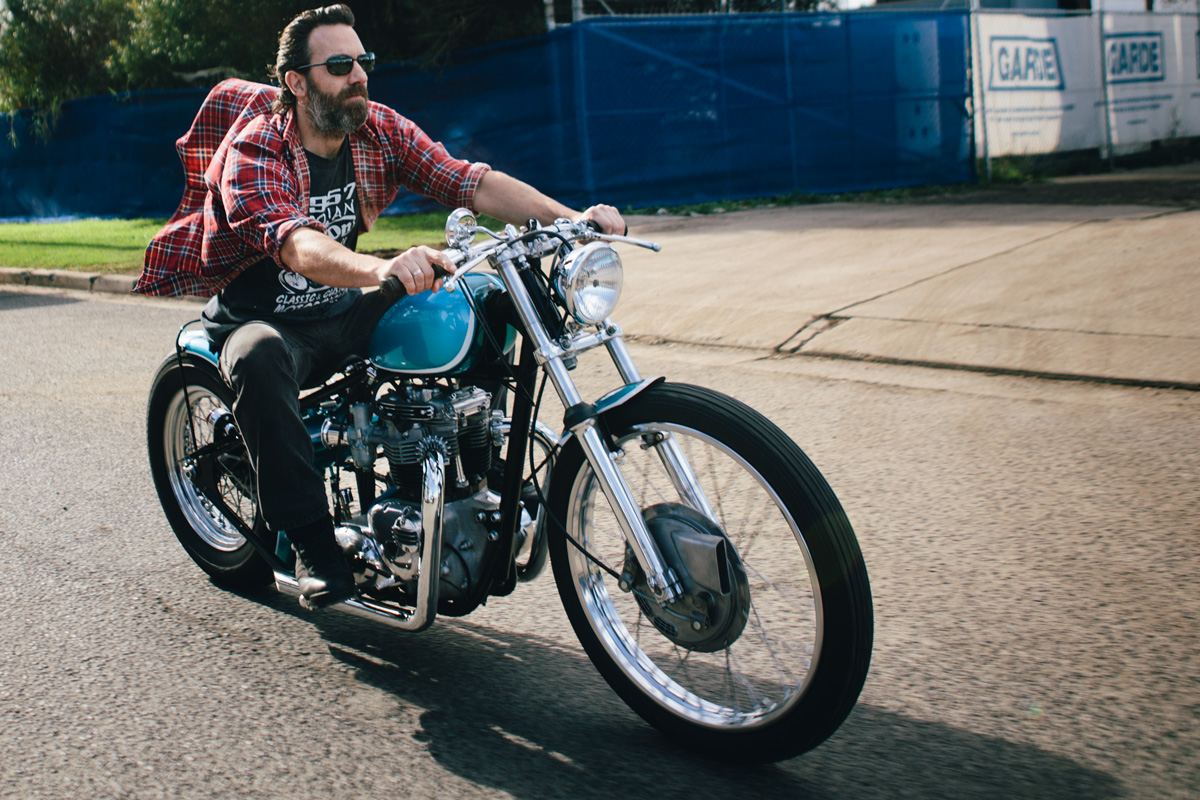 Much like the large wooden horse gifted to the Trojans, this steed has plenty of surprises upon closer inspection; only these won’t slit your throat. Tradition in itself is an art form, especially when your build is a throwback to the past. The blokes from Trojan Classic Motorcycles have it down pat however, using a wealth of knowledge and experience along with their sincere passion for what they do to create this immaculate Triumph Bobber.

Pete and Neil have been mucking about with bikes for as long as they can remember, from BMX’s to dirt bikes in the 70’s and 80’s as well has a healthy amount of cars.

“Everyone wanted to be the guy on the motorcycle when they were a kid. From drooling over way out choppers in 70’s mags, to watching shows like Happy Days (the Fonz on his Triumph was the coolest), you grew older and discovered Marlon Brando (again on a Triumph) who killed it in ‘The Wild One’, you watched Easy Rider and dreamt of getting away and cruising on the freeway. Something about riding a motorcycle, feels liberating” 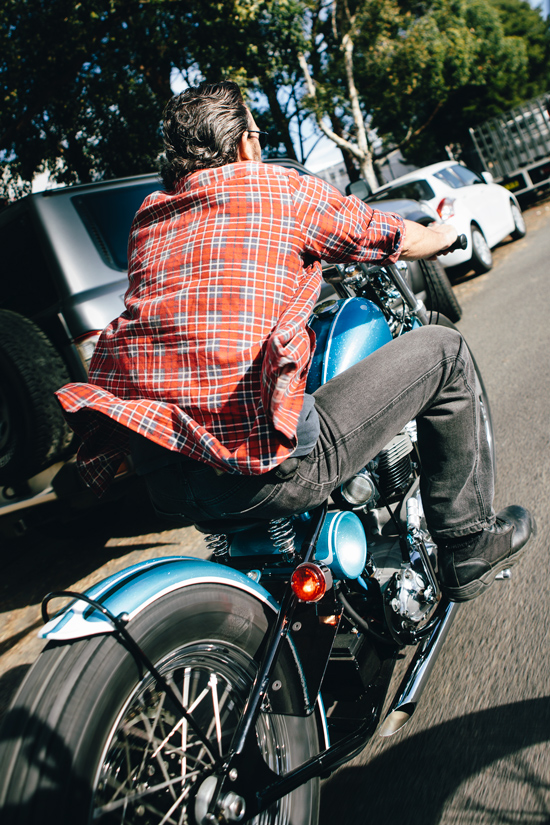 The passion for Triumph is obvious when talking to both Pete and Neil as you find out every detail, and every bit of history behind the bikes. Why Triumph in particular?

“Back in 2002 I worked at Heartbreak Ridge Paintball, that’s where I met ‘Sam’ who was the caretaker. He lived in an old freight container, real old school dude, ex dirt track sidecar racer. I got to know him well and listened to his stories from races and bikes built from the 60’s and 70’s. He had a few old BSA’s and in particular a pre-unit Triumph frame and engine project that caught my eye. I just loved the way the engine looked. I tried to buy it from him but he wouldn’t sell it. I persisted and not long after he let me buy it.

I quickly learned that if I’m going to build this thing that I better start learning more about it. I bought another Triumph to mess around with because I didn’t want to practice on the project. I read a lot about Triumphs, talked to people with the same interests and practiced techniques. The second Triumph was actually quite cool, it was a 1964 T bird that was modified into a chopper back in 1971. I practically rebuilt it but did not restore it; I wanted the old shit on it to stay the same. I got that working and rode it everywhere and everyday for years. I love that bike; it’s just a real old school Hot Rod from the 70’s. After that Trojan Classic Motorcycles was established in 2006 and we’ve been living and breathing custom bikes and Triumph ever since.” 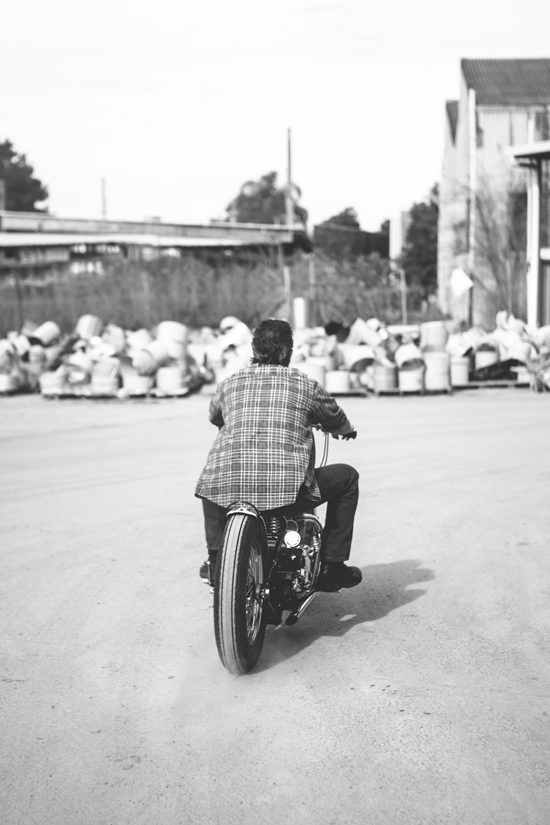 “The build is what we would call traditional 60’s-70’s period style. We thought it would be good to show people our parts in action so we decided to build a bike using only parts we stock in our shop”

“It’s a hard question, but if I had to choose our favourite part about the bike would be the frame. The hardest however was making it all look simple. Our objective was to keep the lines flowing. We didn’t want any particular part to distract the eye but rather try and have everything work together and compliment the bike as a complete build. Of course in doing so the motorcycle still has to function for what it is intended, to ride and handle properly” 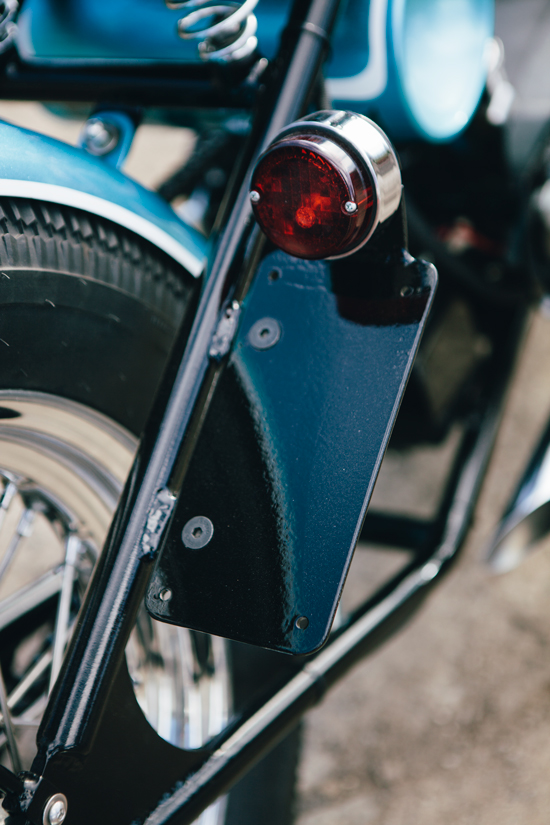 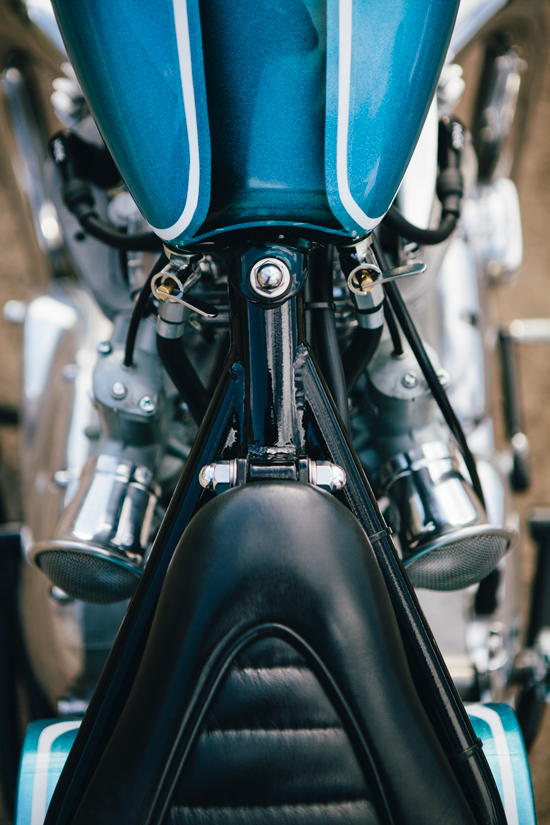 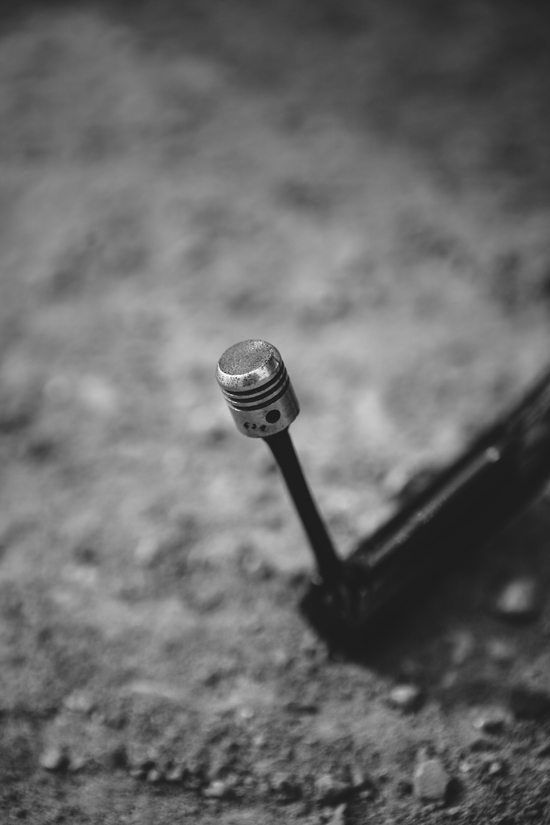 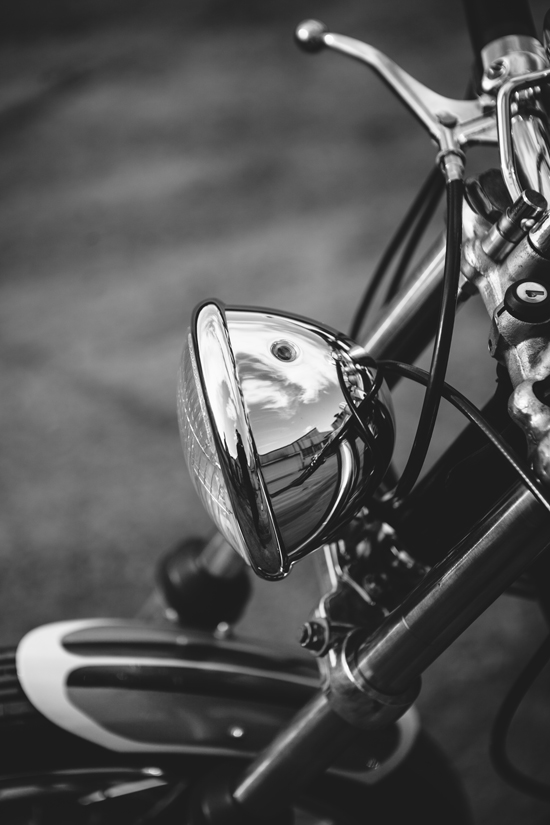 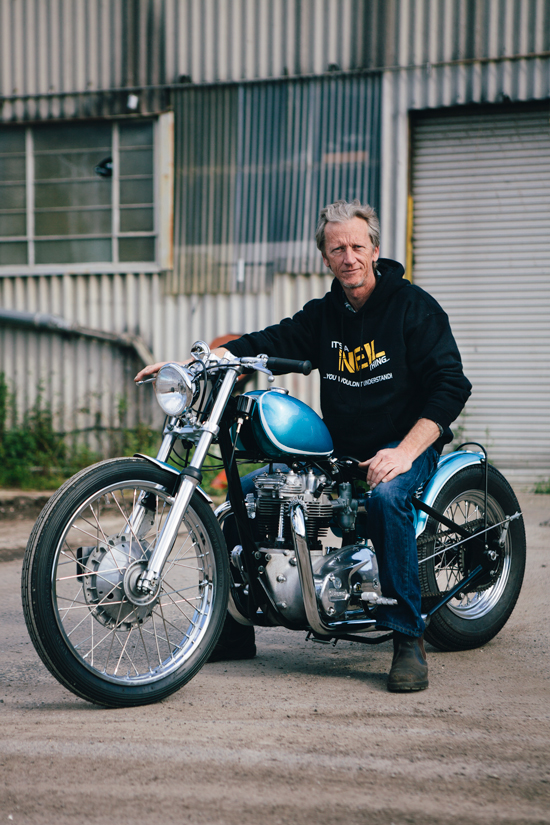 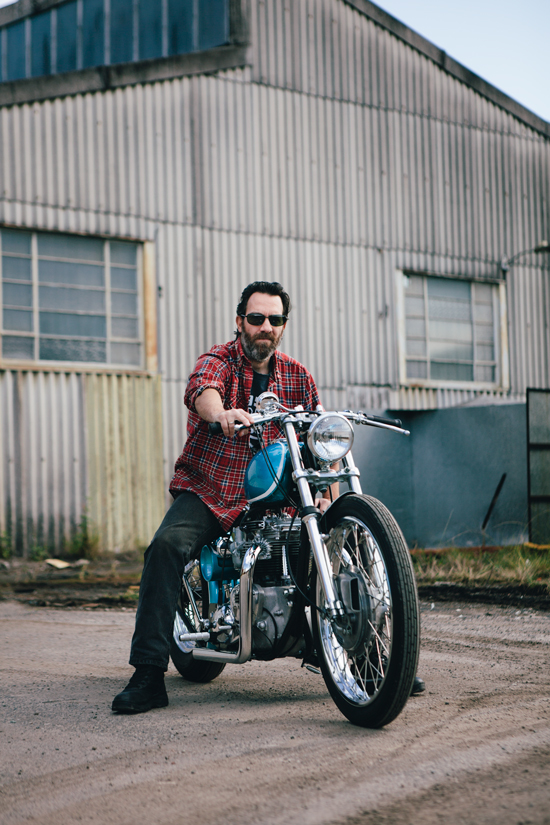 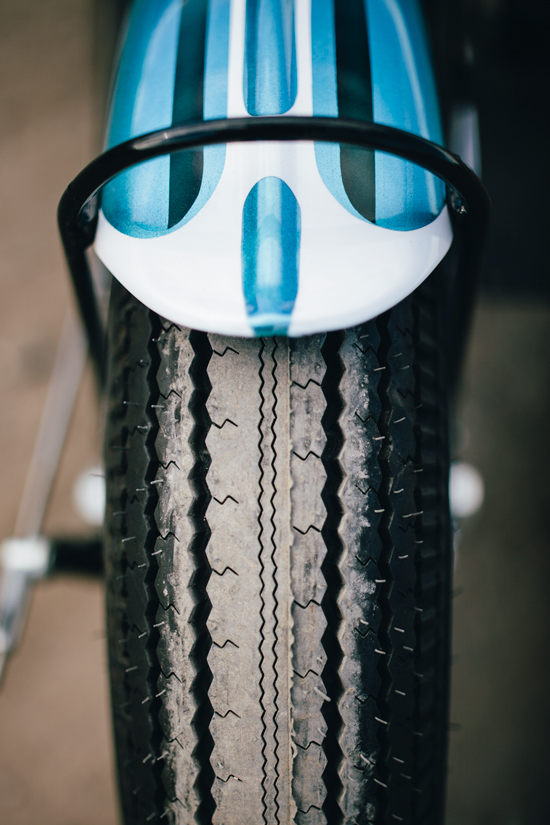 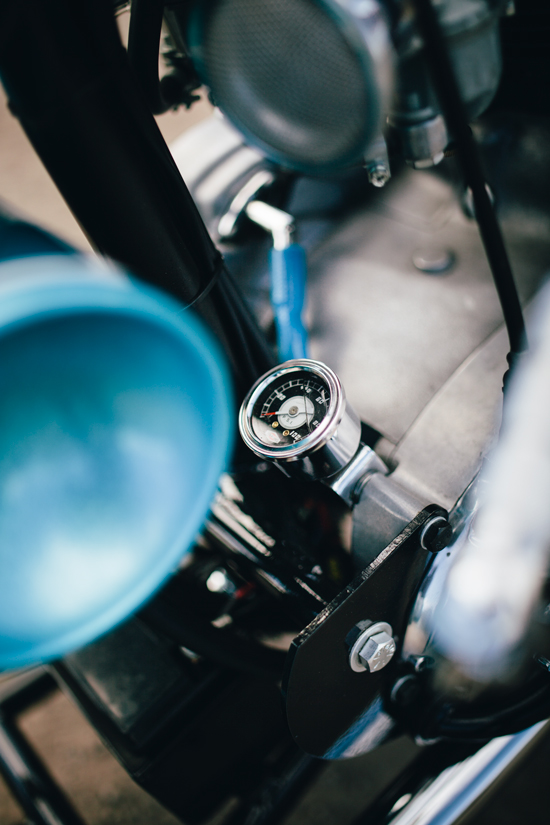 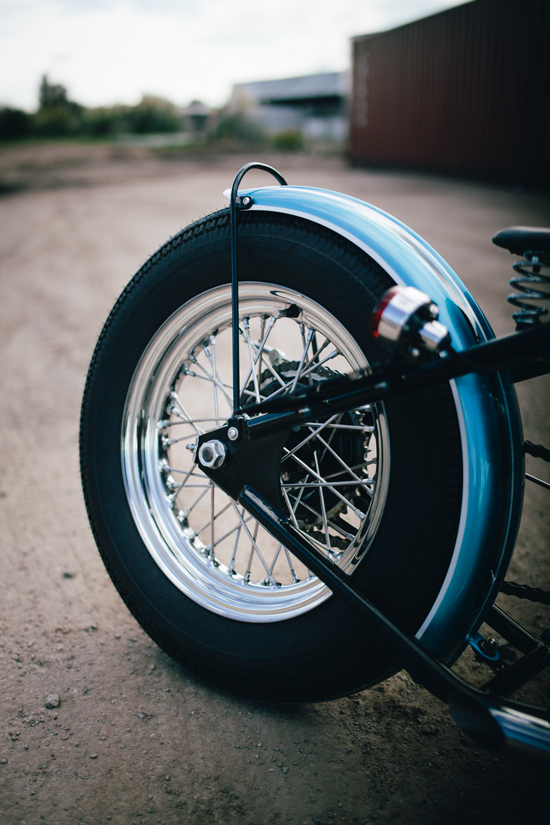