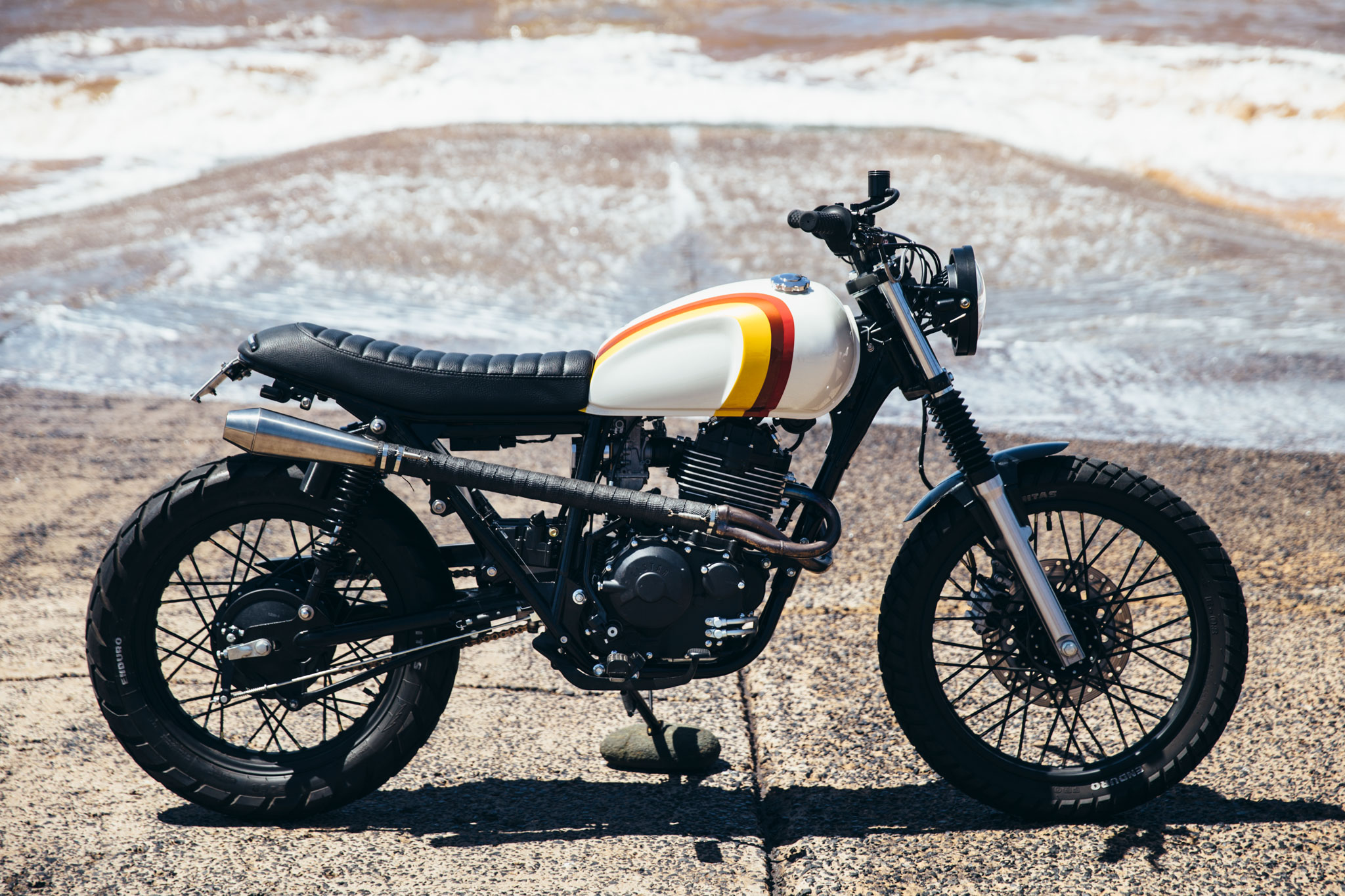 With Adrian’s previous custom creation ‘Falke’ swiftly sold off after only being listed for mere minutes, thoughts now turned to a stock Sol Invictus Nemesis 400 Classic, and its Scrambler potential. 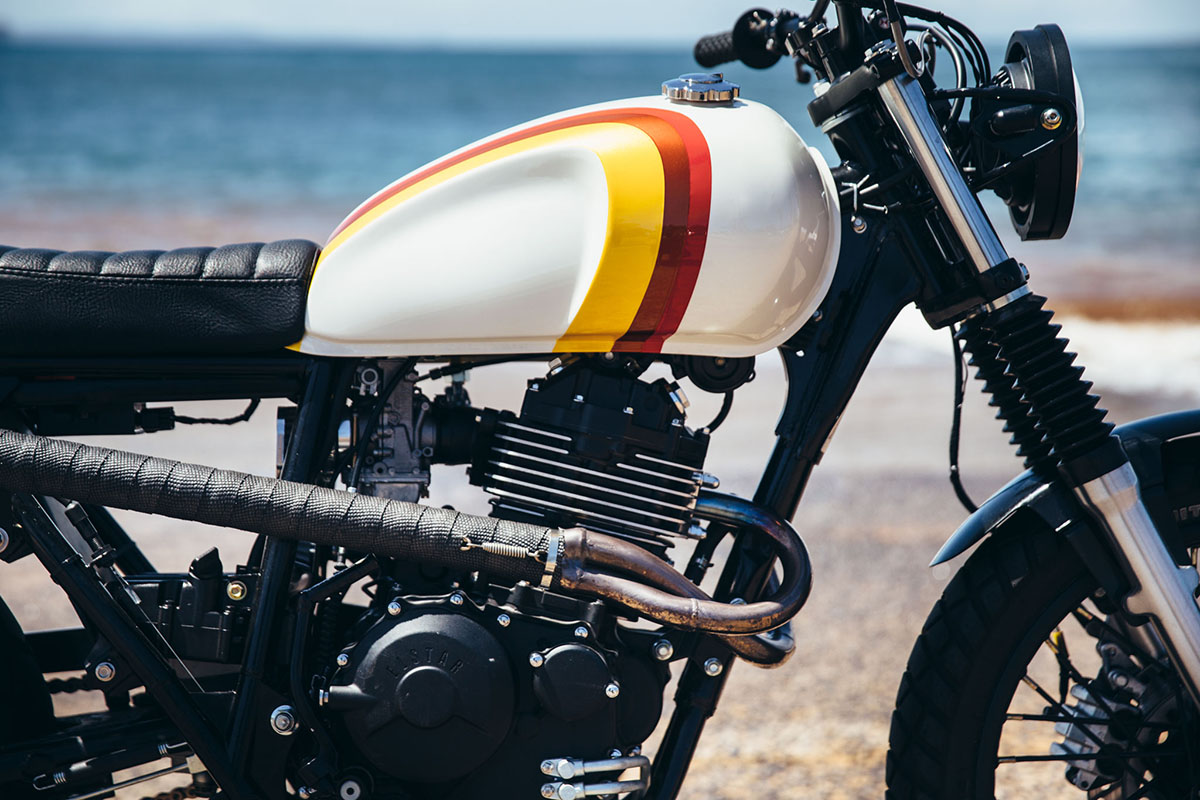 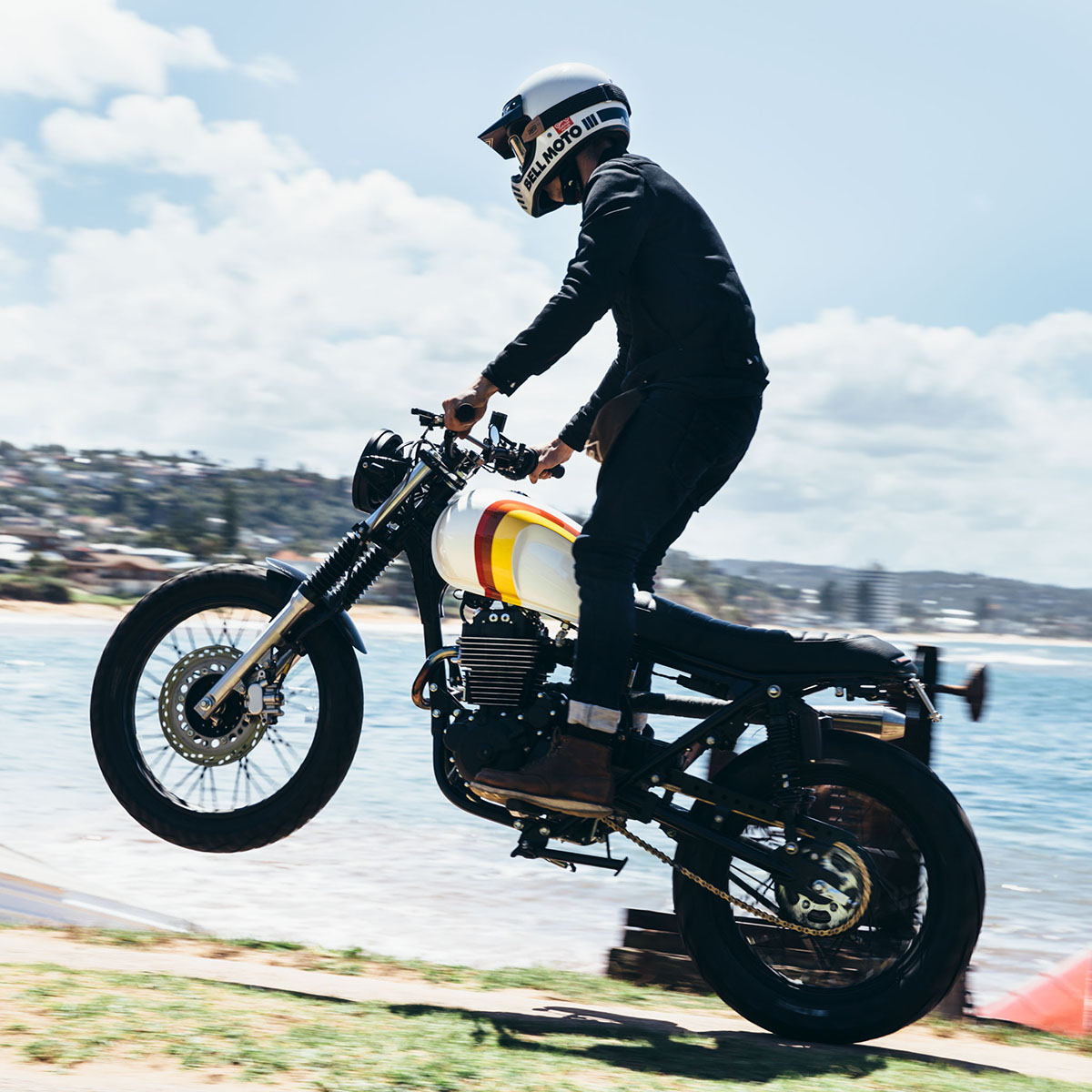 Adrian has had his eye on the new Nemesis models from Sol Invictus for some time now, pair this with always wanting to create a Scrambler the two would be married up perfectly. “I loved the base frame lines that the Nemesis offered, as well as the look of the engine. I’d bought the Nemesis almost immediately after selling my mercury build and was keen to start a very different project from my previous build.” 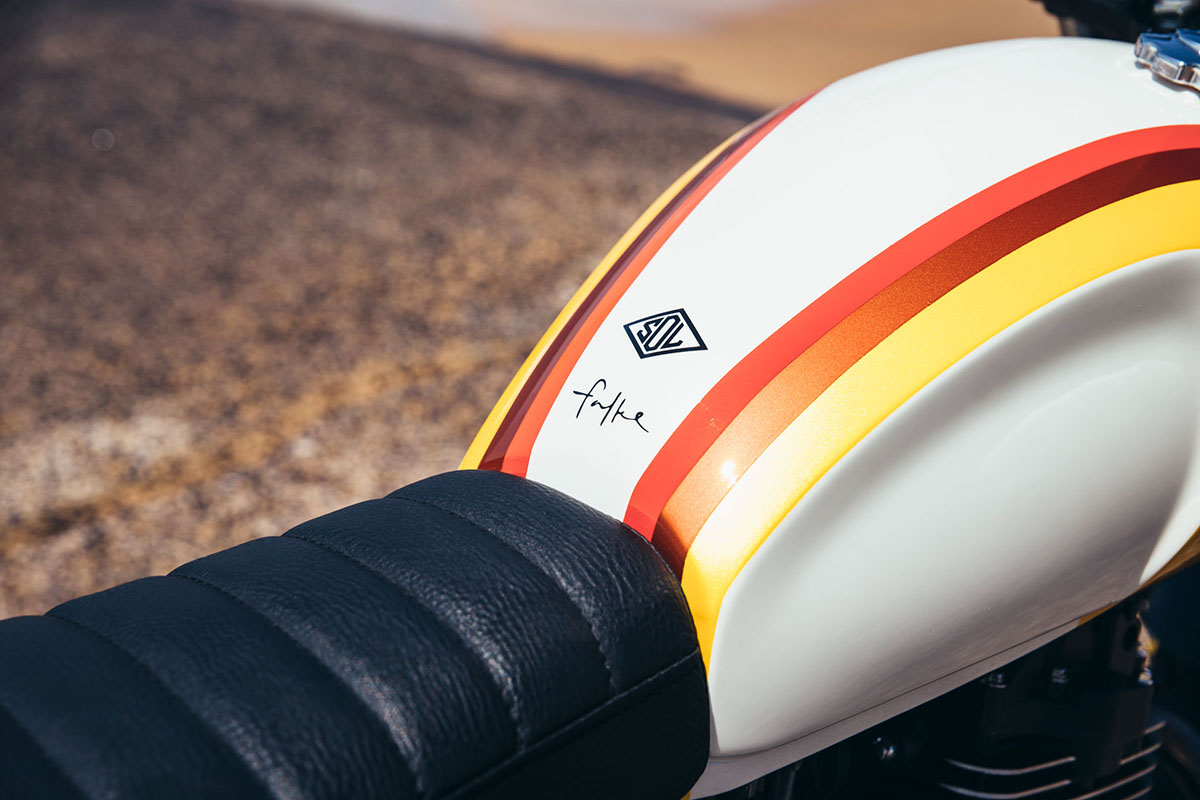 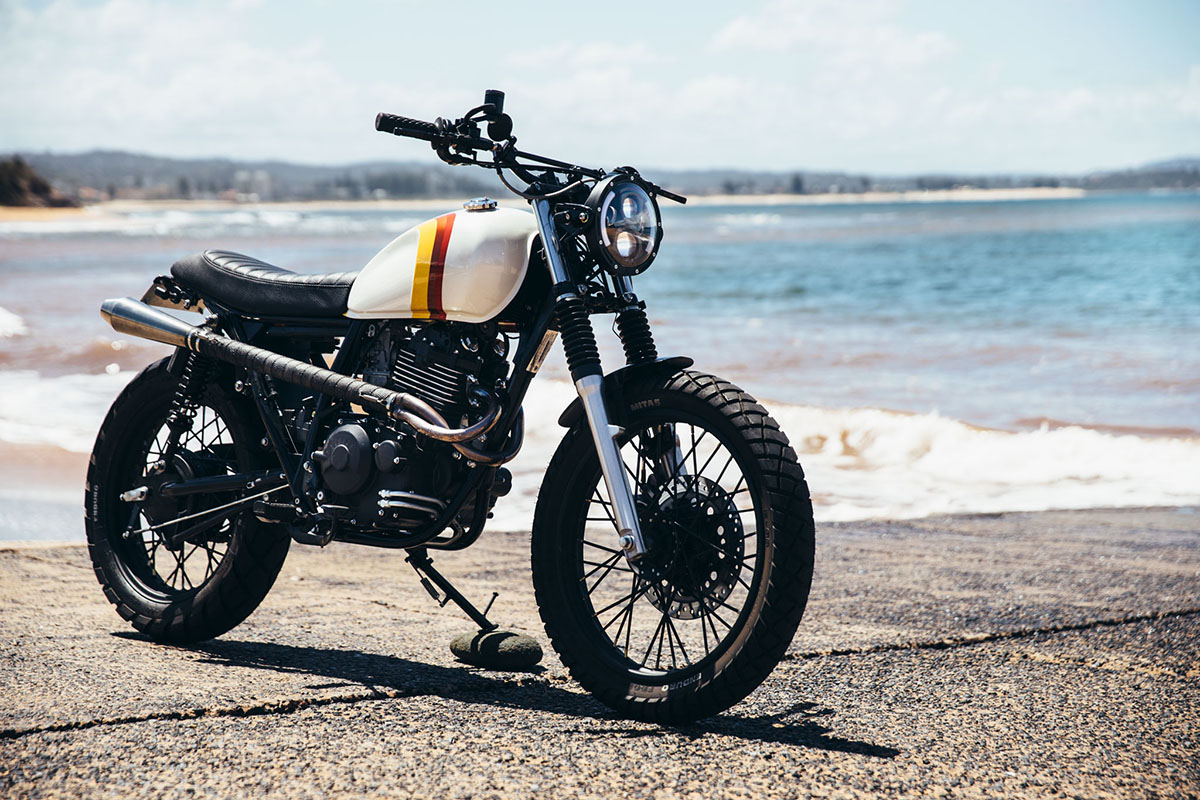 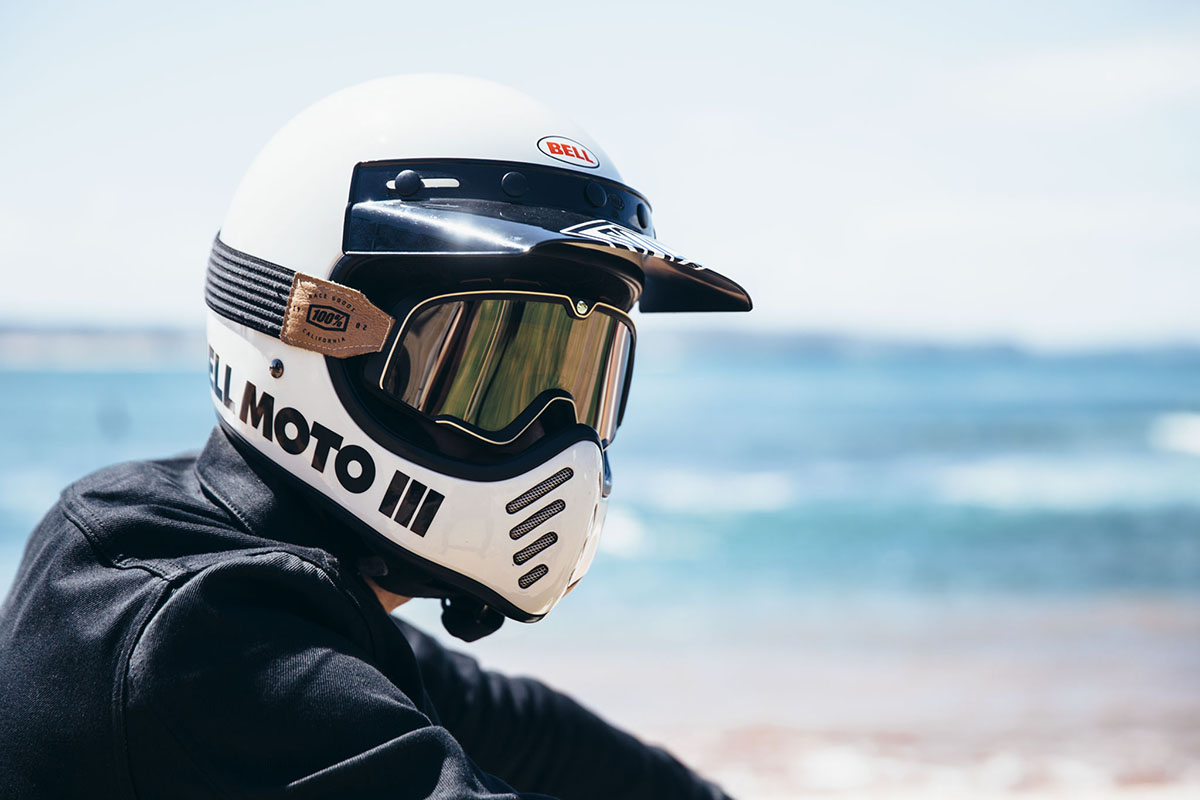 Inspiration flooded in after seeing a Triumph Tracker build that Adrian had seen come out of the UK. It was then that he new he was after something similar. “The Triumph build had formed the base style for the bike that I wanted to create, while I would refine it with all the smaller details making sure everything complimented each other.” 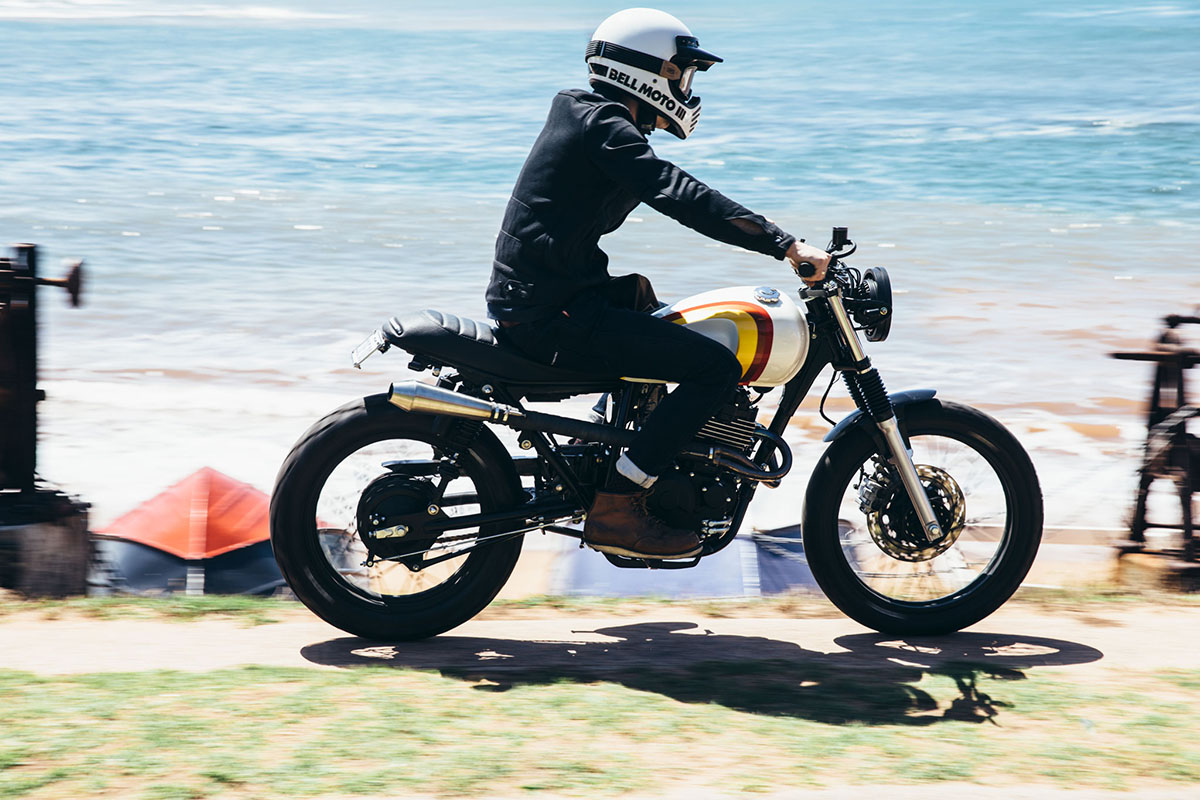 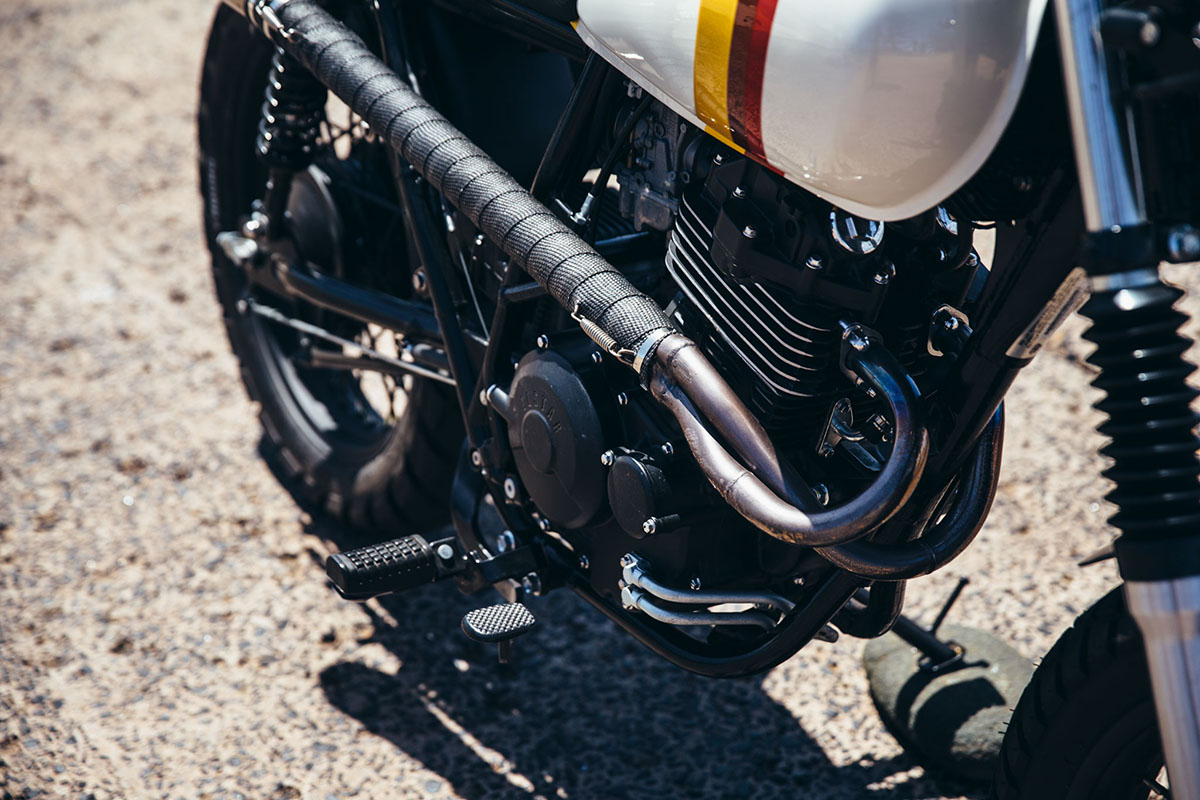 “The build process was only really a couple of months, but it was a lot of hours. It was easily well over 100 hours of work that had gone into this build already. The day I purchased the bike I immediately changed the bars, grips, and mirrors as this made it a little more individual instantly. As time went on (all my spare time, late nights and days off) I slowly worked through upgrading and customising all the components. Next I changed the chrome wheels for Matt black rims, and fitted scram tyres to give it a more bulky look.” 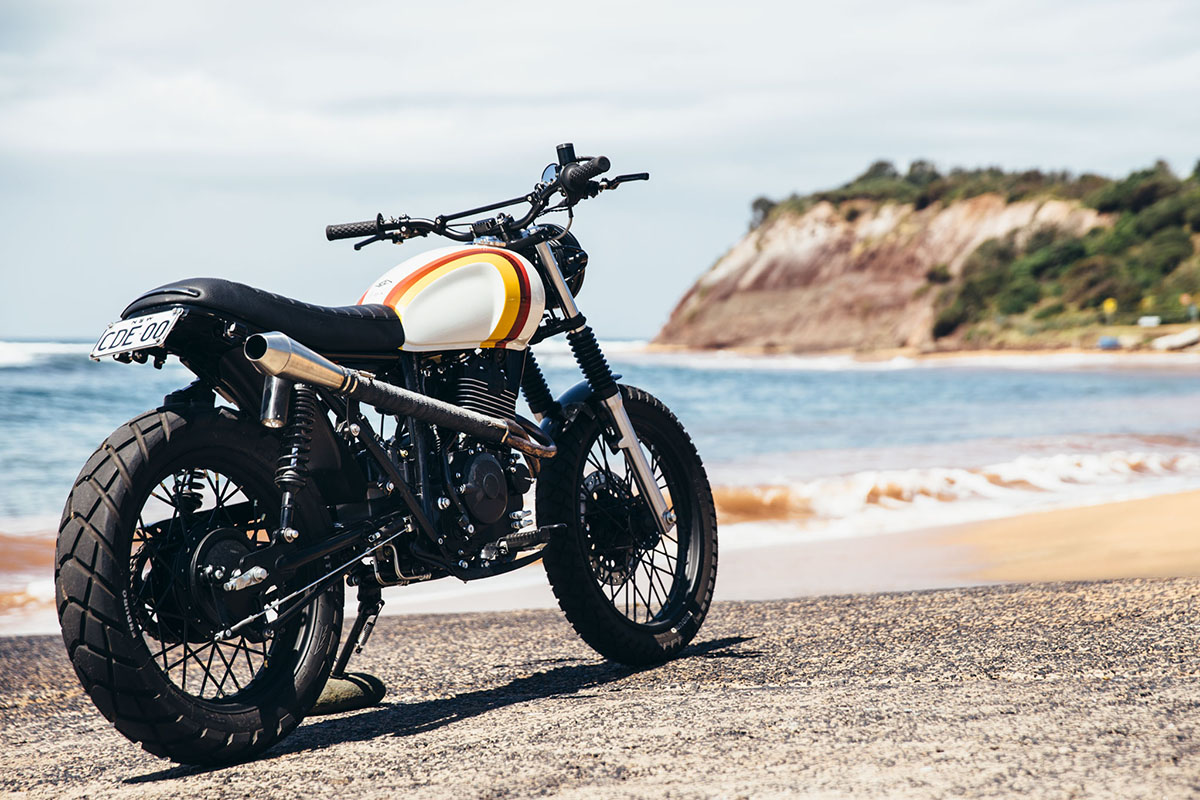 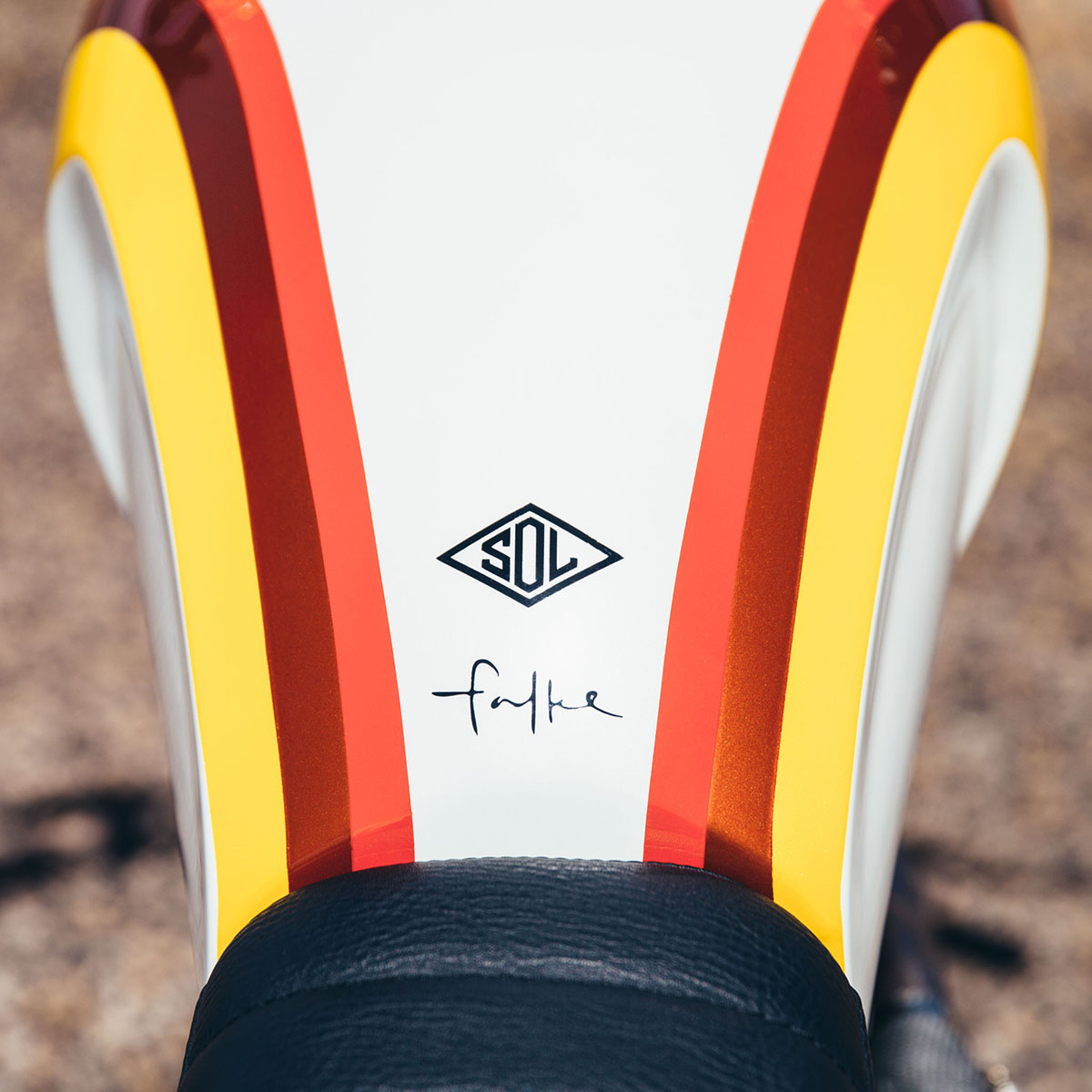 The bike would be now on the chopping block, as the front guard would be cut down, while the rear guard would be removed altogether and a new licence plate holder would be made up. “This coincided with the fabrication of my new fiberglass seat pan and custom seat with integrated taillight that I had made by my friend Pun at Motosai. I was very fussy about the material I wanted for the seat and she nailed it on the head 100%. Then it was onto the switchblocks. This was a task I grossly underestimated. I wanted the clean look, so I opted for integrated minimalist switch blocks with internal wiring inside the handlebar. What I thought was going to take me a couple of hours probably took more than ten. But it was worth it as it cleaned up the bars so nicely. With this I also relocated the starter button.” 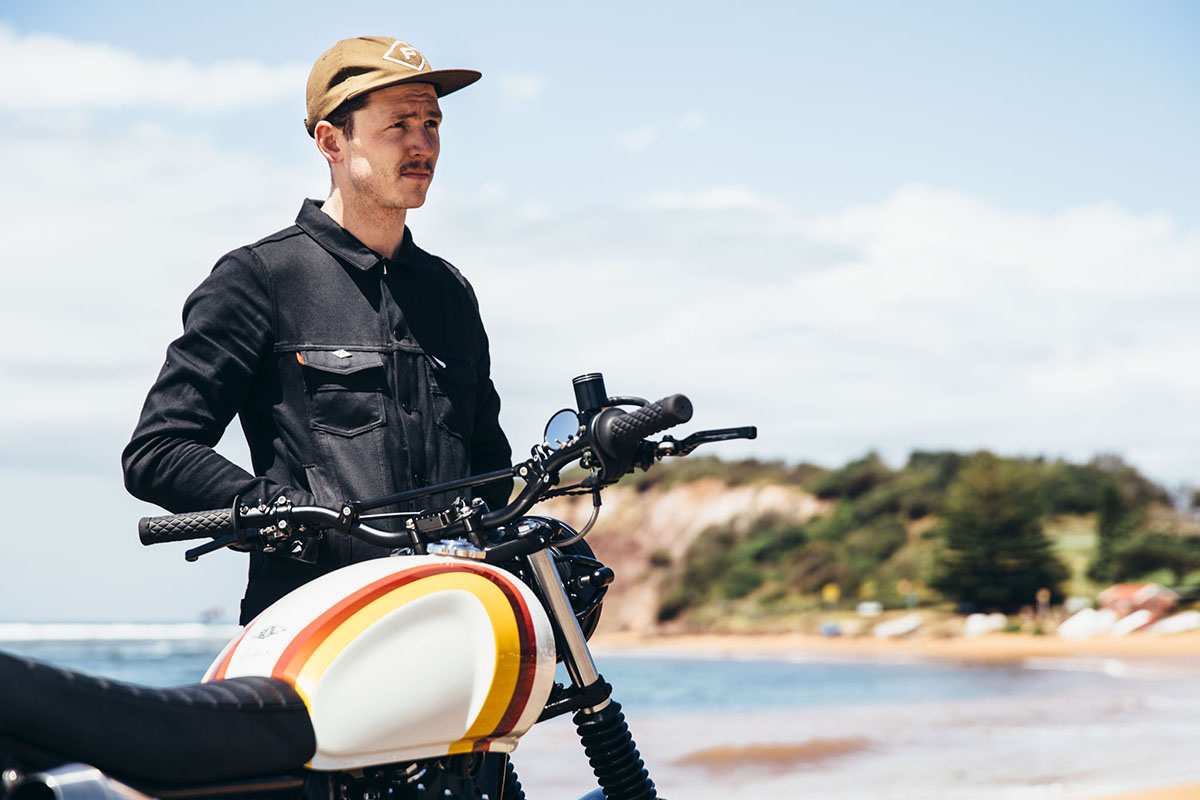 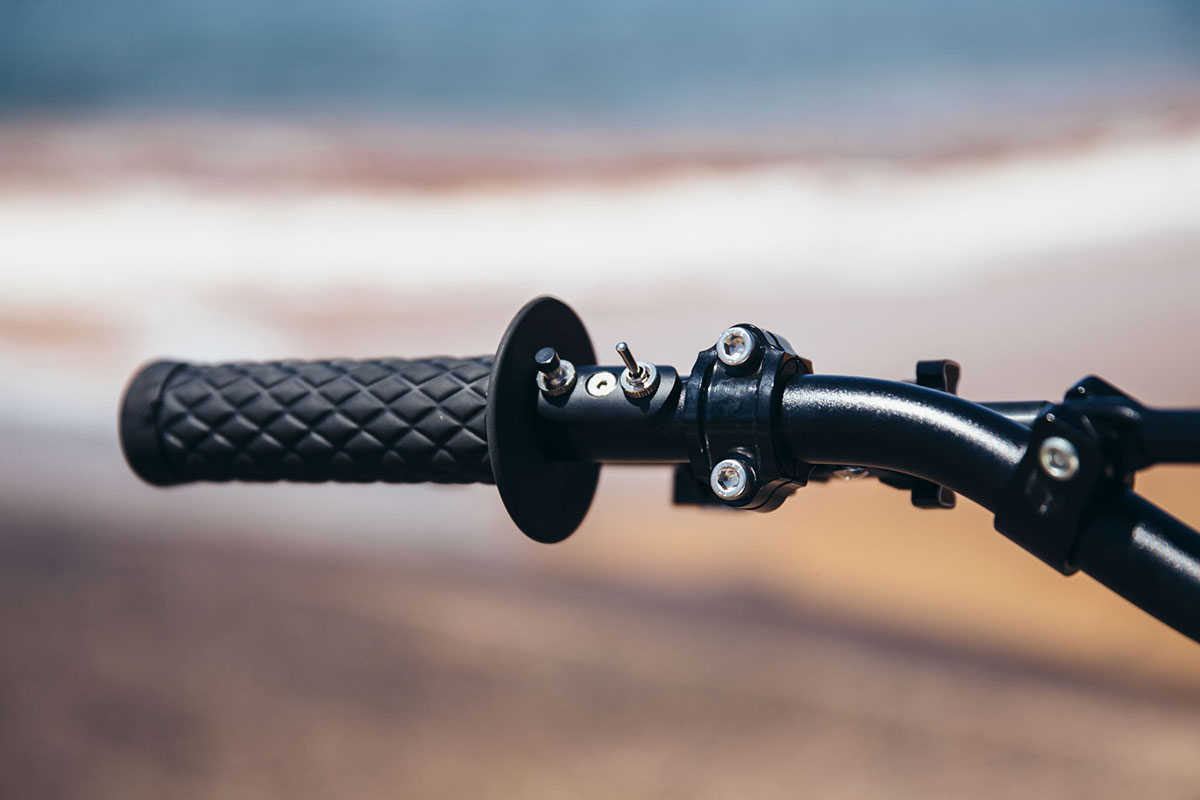 “I called on my mate Andy from Sabotage motorcycles to assist me in installing the Motogadget instruments. This also proved to be a mammoth task, but again- well worth it for the clean look.  After this I swapped out the carbs for Mikuni tom-36/68 flat slide carbs for a little extra punch, and at the same time removed the air box, and installed a micro lithium battery. This was a surprisingly easy task, taking only a couple of hours, including de-tabbing he frame, and making up a custom tray to house the electrics and battery. This gave a really clean line under the seat.” 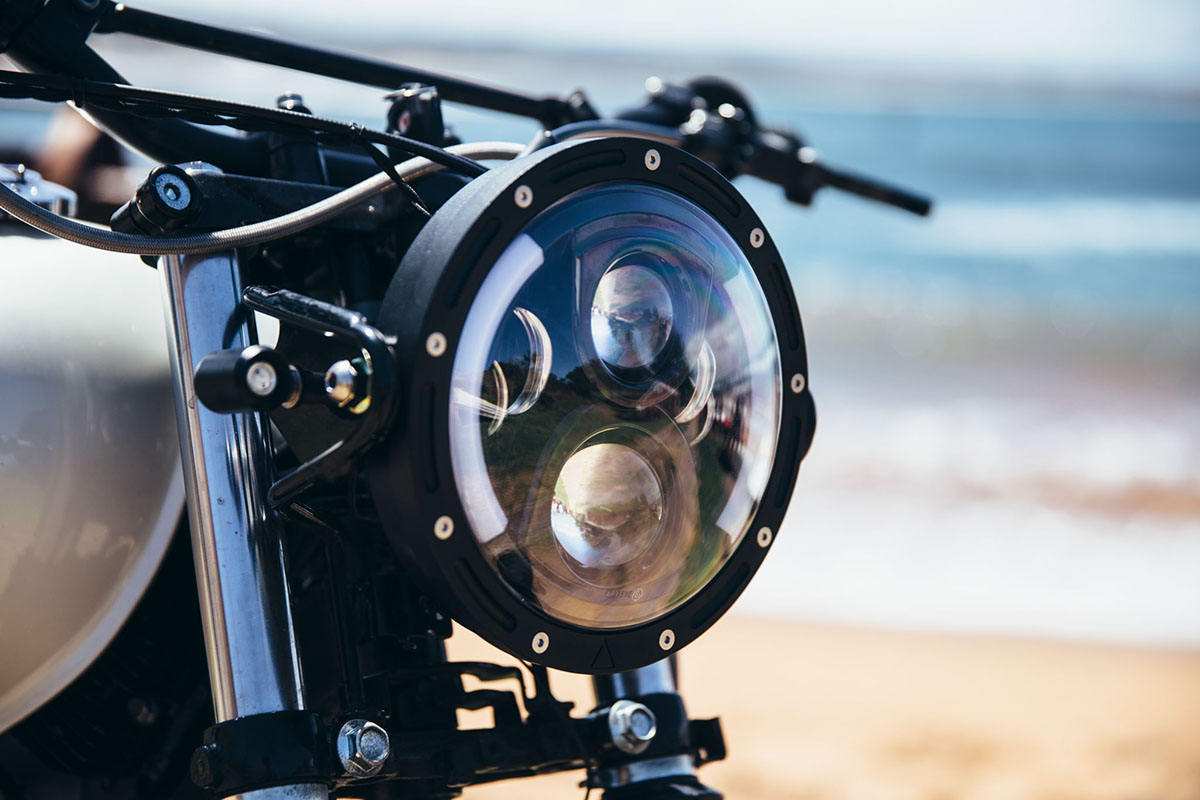 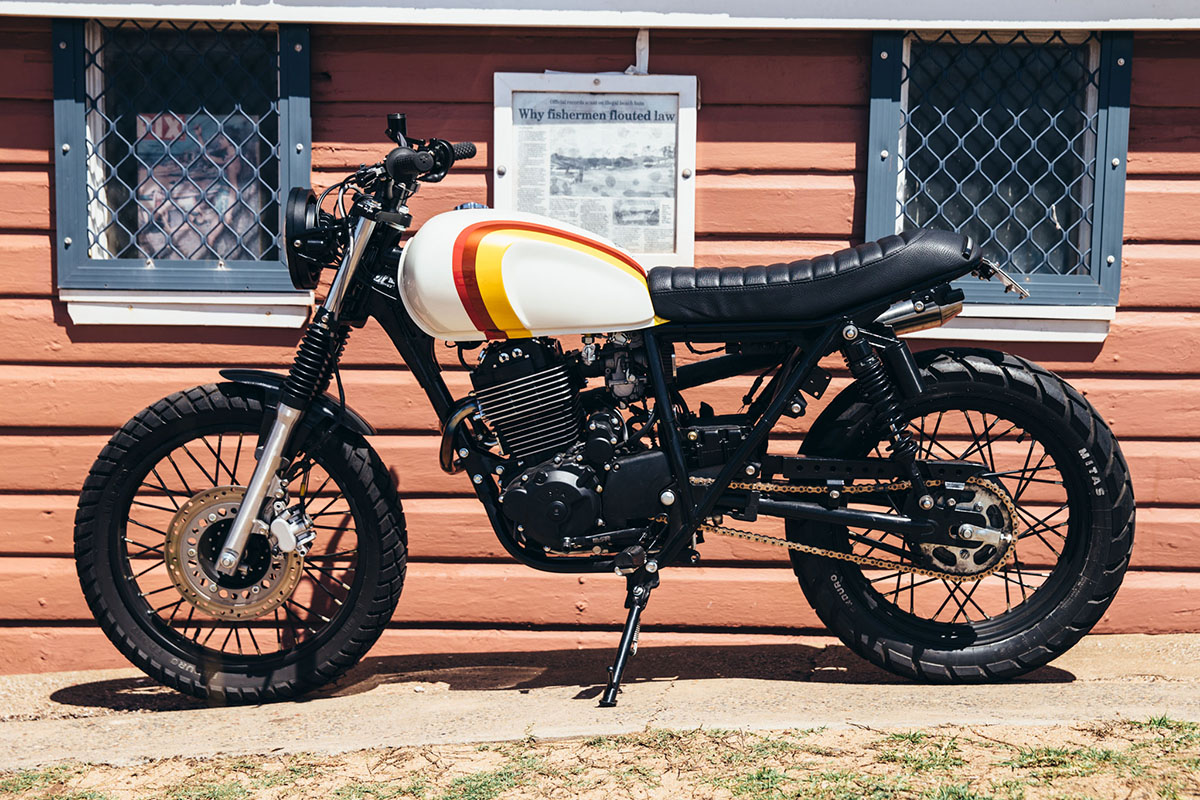 “At this point I still had the original headlight, and was having some electrical issues that for the life of me I couldn’t figure out. After many sleepless nights spinning around in my head I finally figured out the electrical issue, and rectified it. And while doing so I decided to install the new purpose build LED 7 inch headlight too as I’m kind of night blind and thought it may help at night, and it does!” 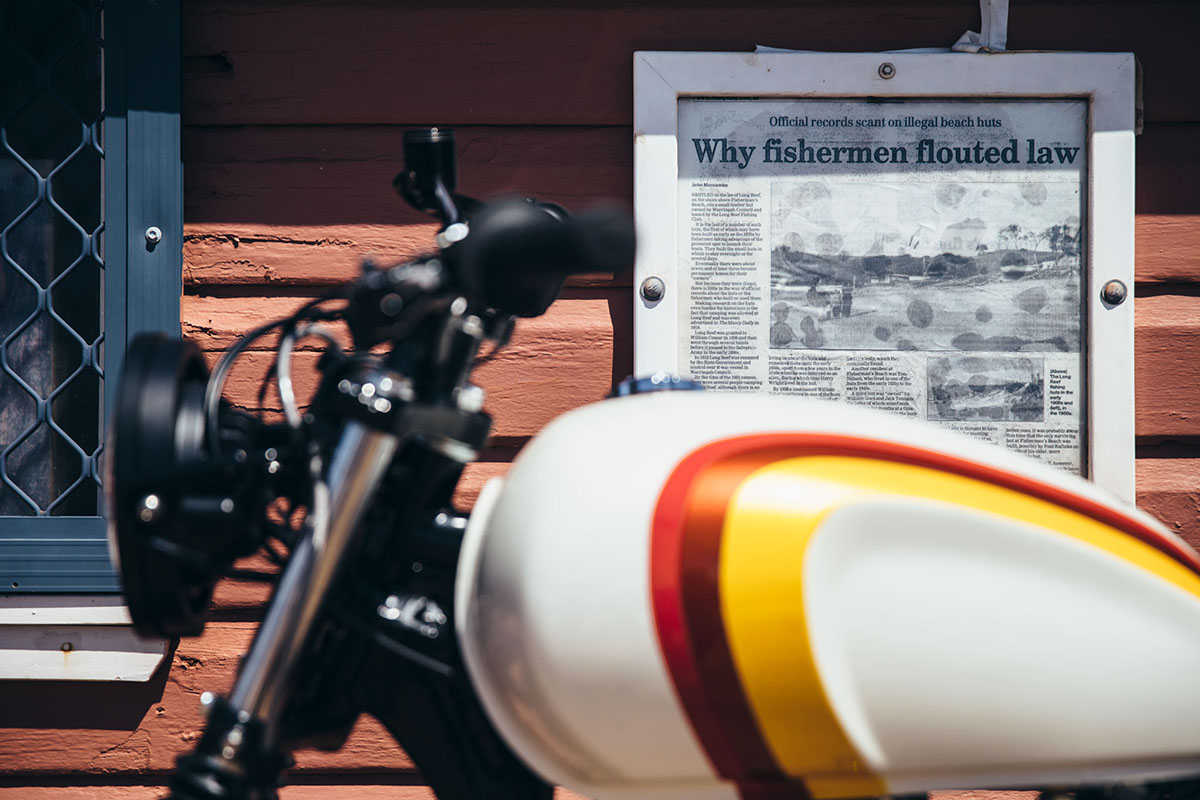 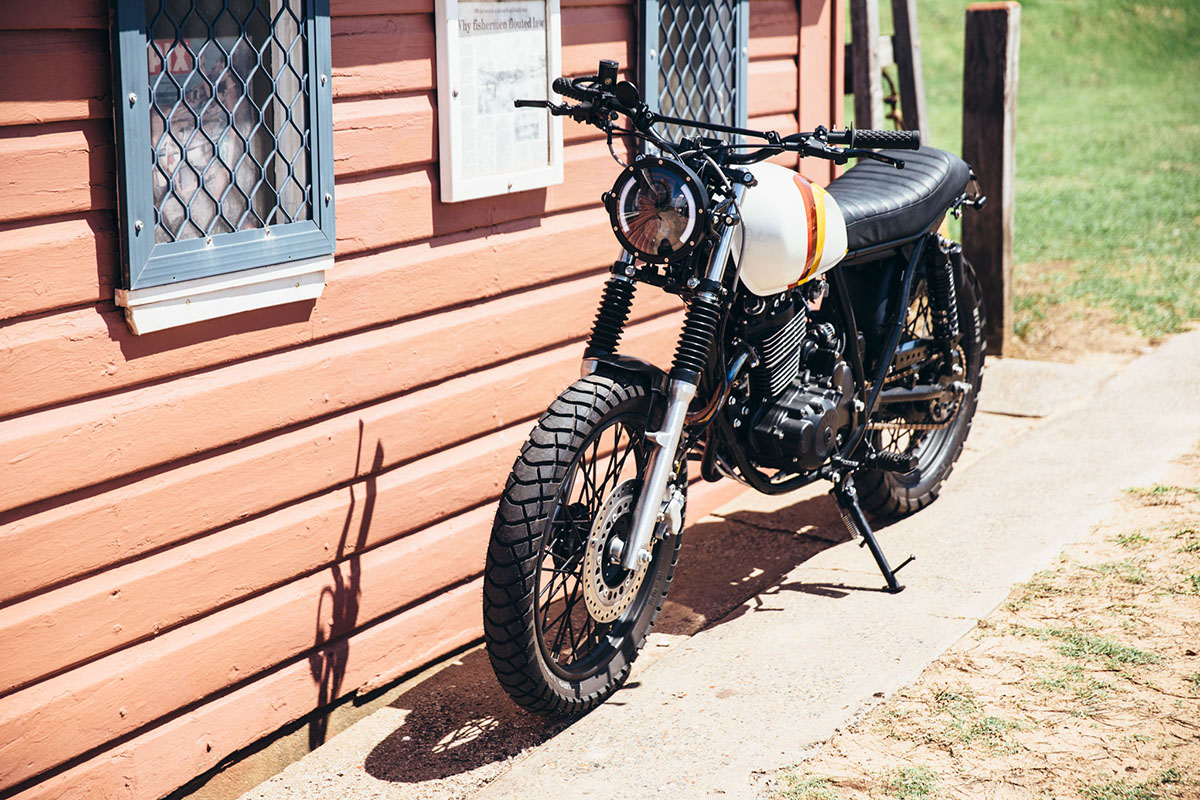 “I love way it this bike sounds and the way it feels. I kind of feel like I’m riding a vintage motocross bike whenever I get on it. The torque it puts out is ace, and being so light it’s a lot of fun to get the front of the ground, and jump speed bumps and curbs.” 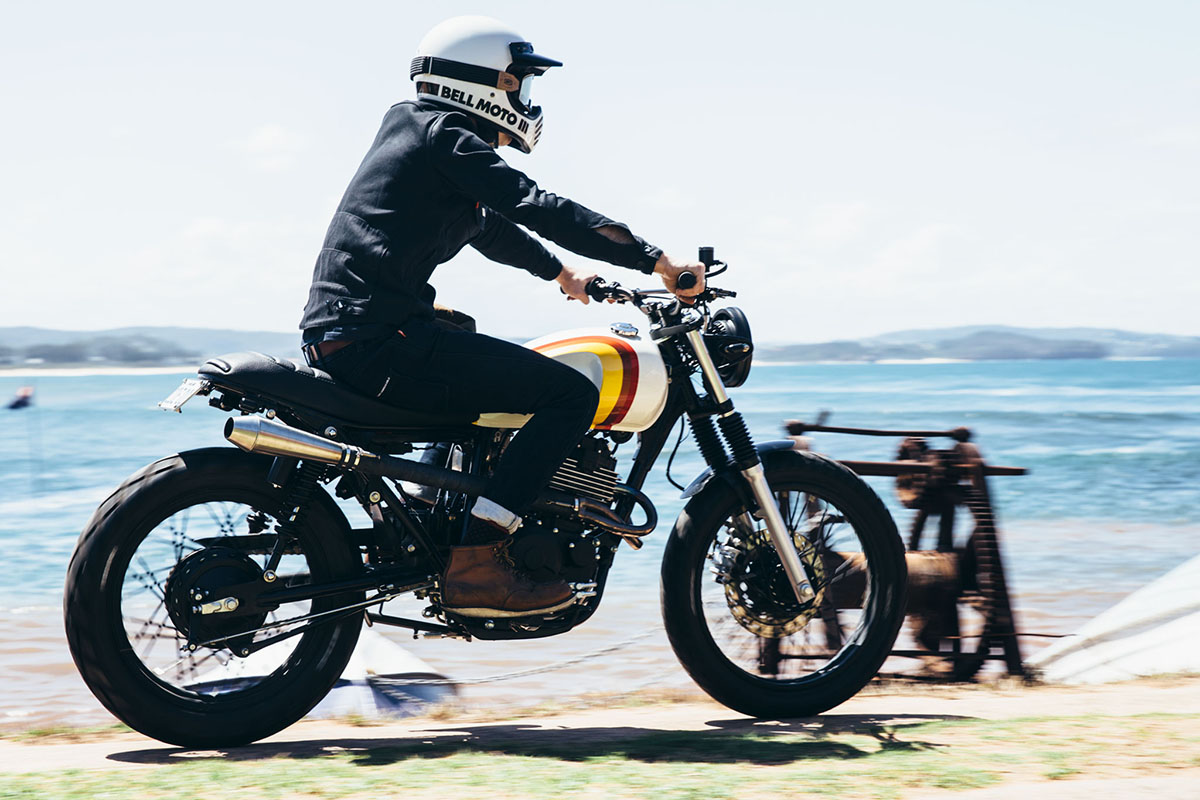 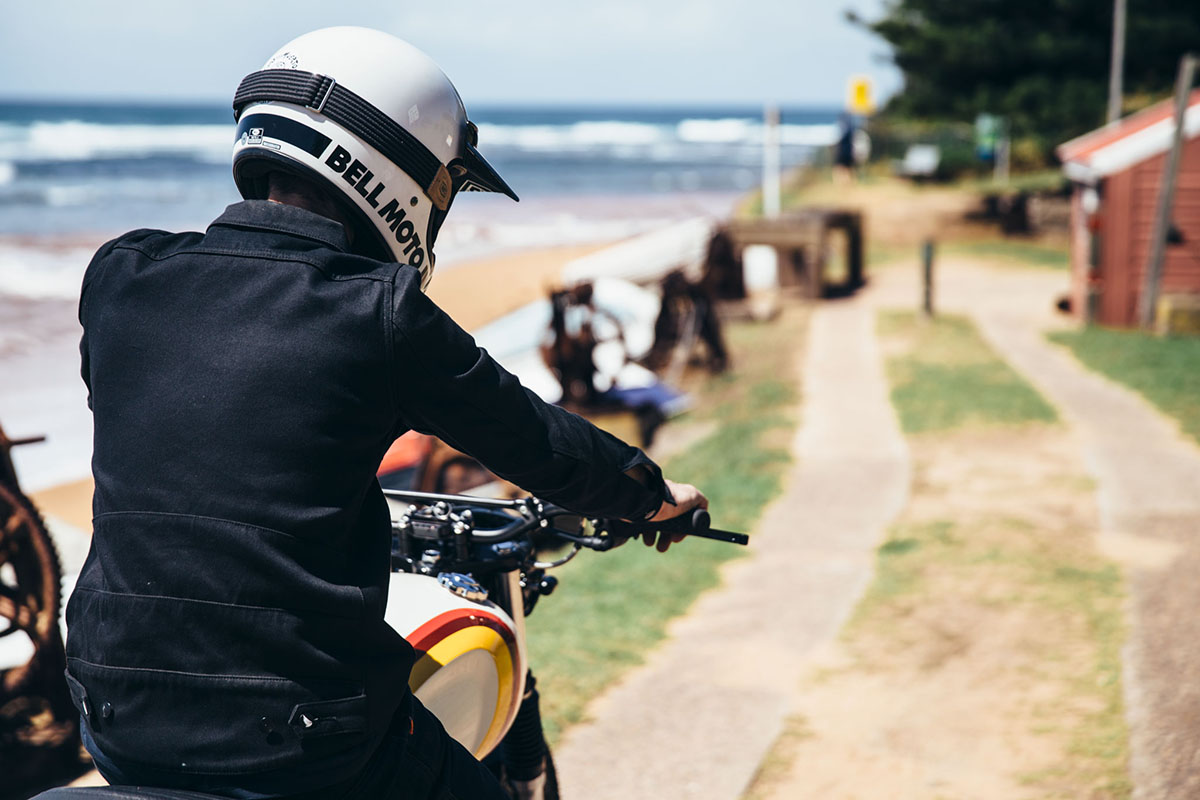 “I’m yet to take it on the dirt but can’t wait. I wanted to finish it and document it like this before I let it get too dirty. But I’ve already got a secondary pair of rims ready with full knobbies on them. This thing will be a menace in the dirt and trails and I can wait to get it out there! ” 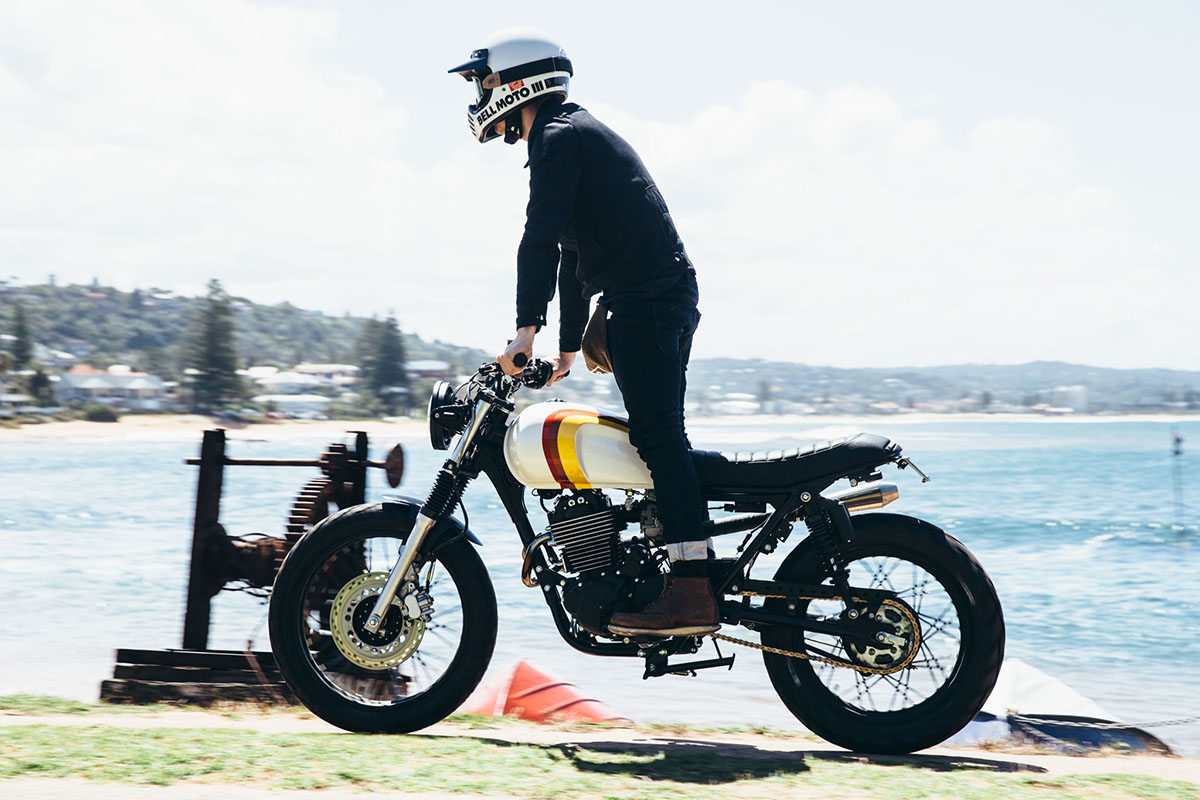