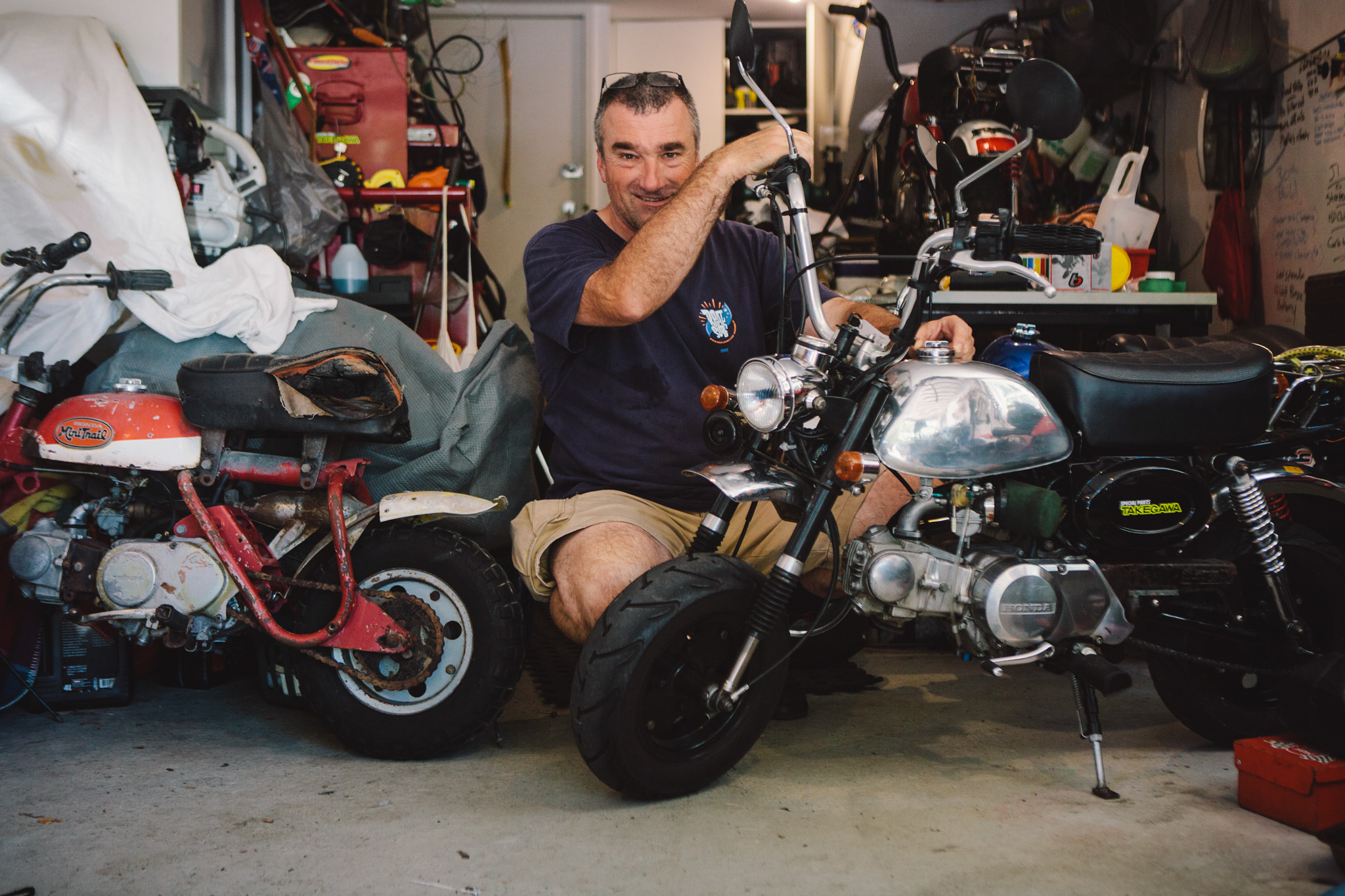 When asked Andy exactly how many monkey bikes he had, he replied “That’s not fair, my wife will find out!” so in the interest of his health and safety, this true number shall not be revealed. We can say he’s got a couple… which when you’re talking about monkey bike owners these days is a reserved statement.

The bug started for Andy after grabbing a cheap Honda Z50 from a garage sale, which he intended on fixing up for his youngest daughter. This then progressed into wanting a road registered Z50, which then evolved into the passion/illness/addiction that it is today. The more he poured through information on the Internet, the more he realised these weren’t the small simple bikes they may seem upon first inspection. 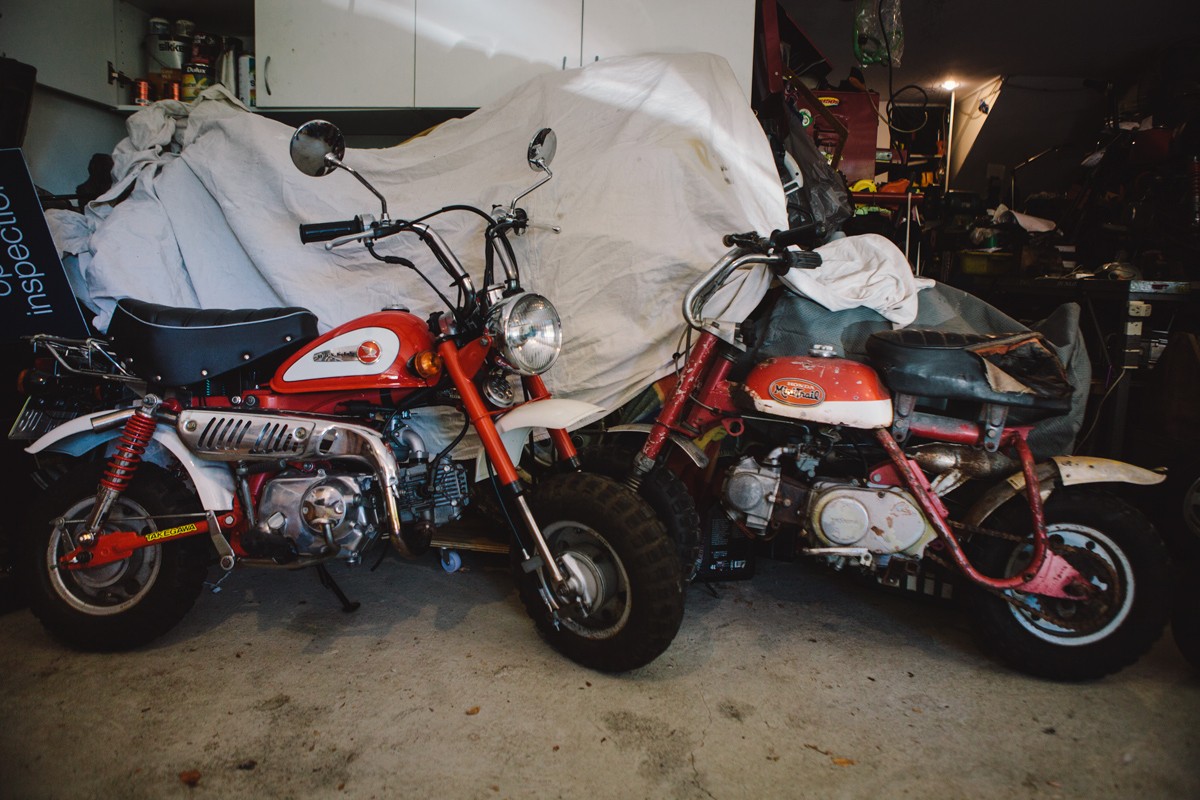 You’ll find Andy in his shed amongst these tiny thrill machines as often as he can, though he admits that it’s tough being outnumbered, living with four women. “The shed gets my head on straight. Tunes, Coopers and bikes. The work that goes into these bikes is always a frame up restoration. Right down to removing the steering bearings and replacing them with tapers, these bikes haul now! They’ll launch over speed bumps way beyond their original design speed, so I build them tough. Better brakes, better suspension, better controls and strong motors. I’m a licensed mechanic, though I don’t work in the trade so it’s all still enjoyable for me.”

Each bike that Andy takes on gets it’s own special treatment. This makes each bike unique, with it’s own quirks. “They come alive and behave differently with each build. It was SO hard selling the first one I built for the road, it was like a Son! So I then built a much better bike, and this new “son” ain’t for sale, I don’t care if it’s not the quickest bike, it’s mine for good!”. 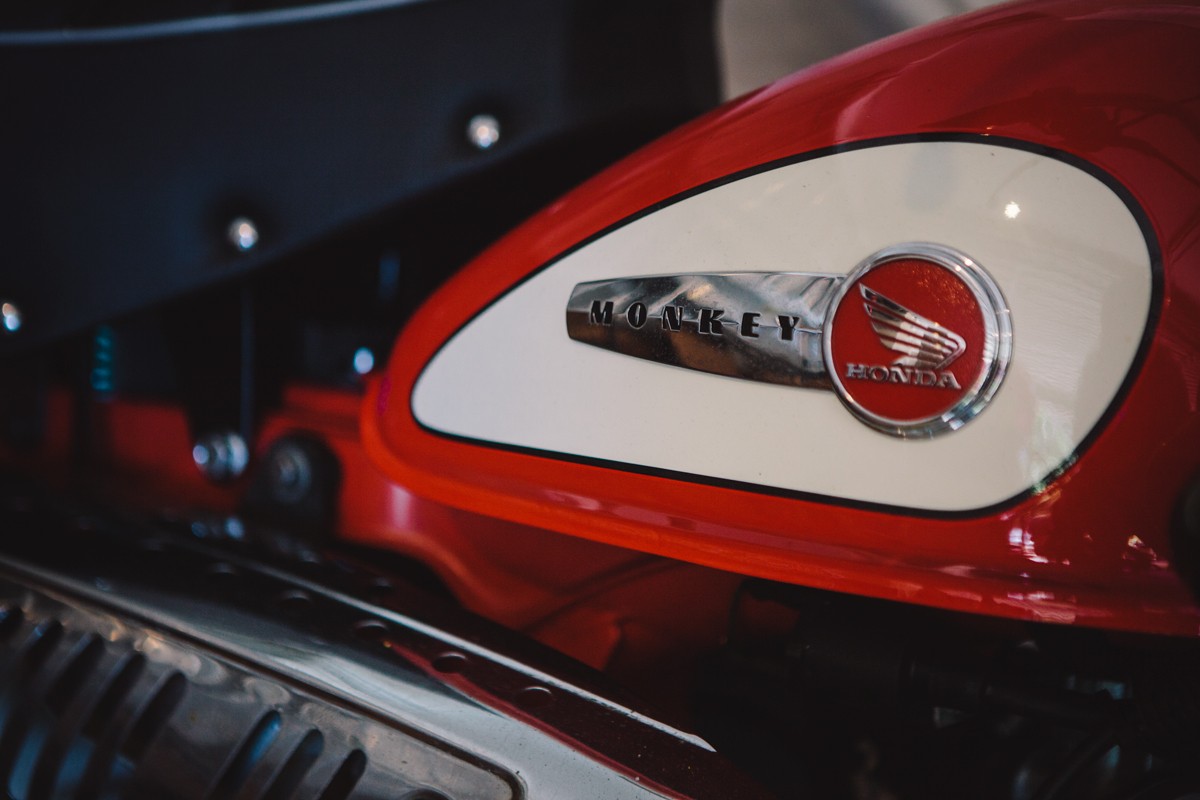 These bikes are confined to the shed by any means, and there’s not much time for a single screw on them to gather dust as Andy takes them out on the road to breath and scream. “I pick ‘n’ choose which bike to take out depending on the run, though I do love them all. Café runs and heading up to Pie In The Sky are my regular rides. The Galston Gorge is a ripper run on a cookin’ Z50, my mate can’t catch me on his postie through there!”

It’s not just the road that is being torn up by this little demons, the dirt gets it’s fair share of use as well as Andy has knobby wheels for each bike. The bikes also made a debut at The Distinguished Gentleman’s Ride 2015. “Two of my bikes made it to last year’s event, and three will be there this year. I’m also working on two more mud bikes for a charity ride called The Scrap Heap Adventure Ride to help raise money for Down-Syndrome.

This won’t be the last you see of Andy and his bikes, as we’ll take a closer look at two of his creations and see how they fair on the streets. 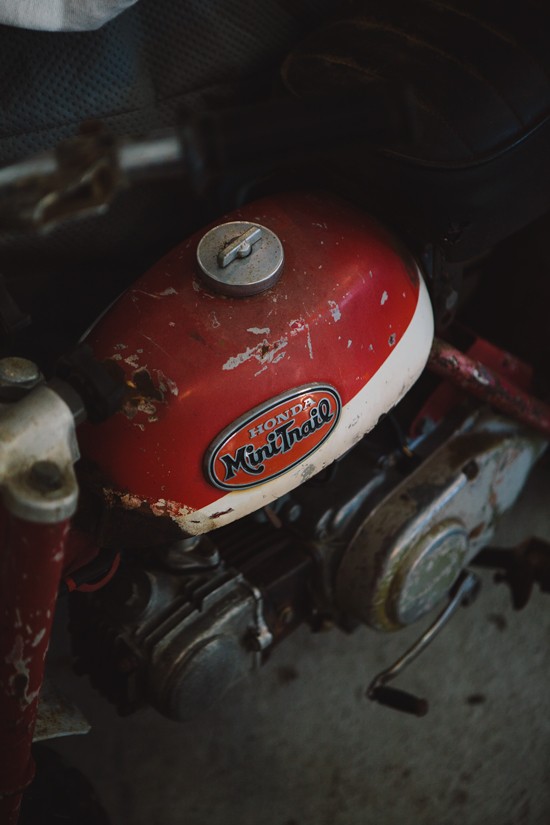 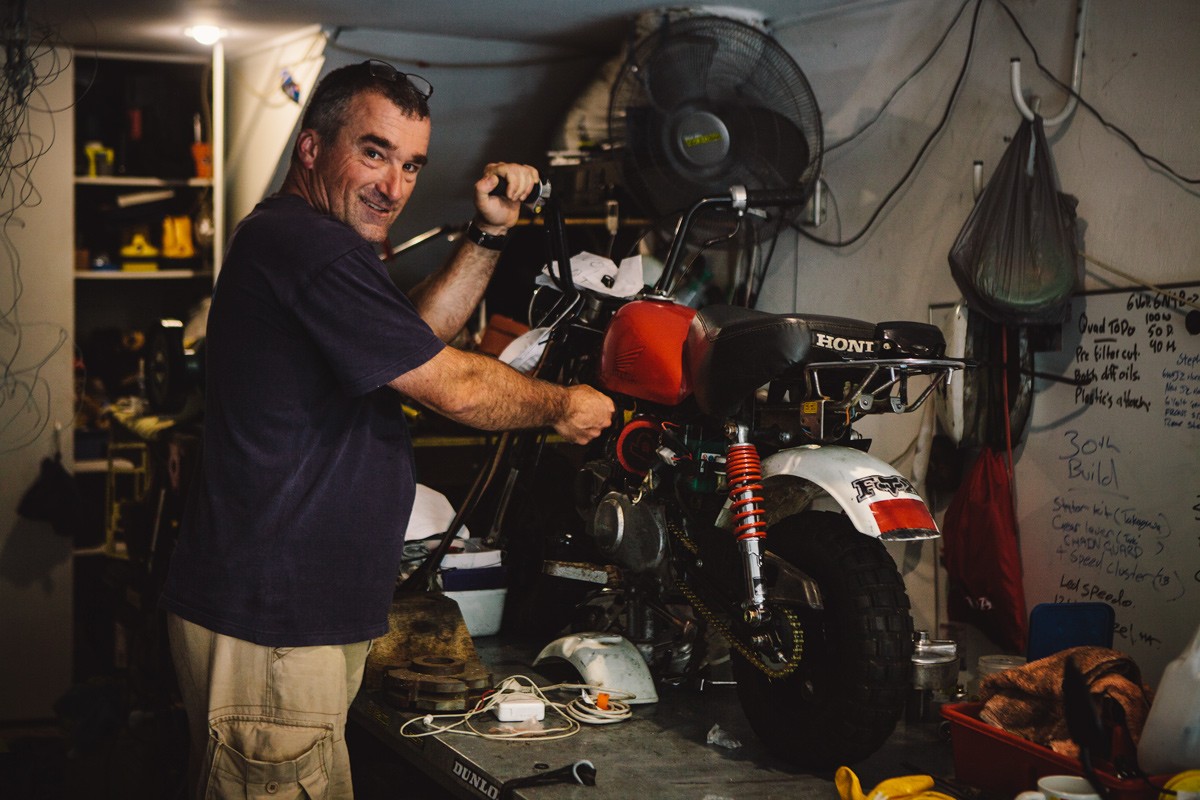 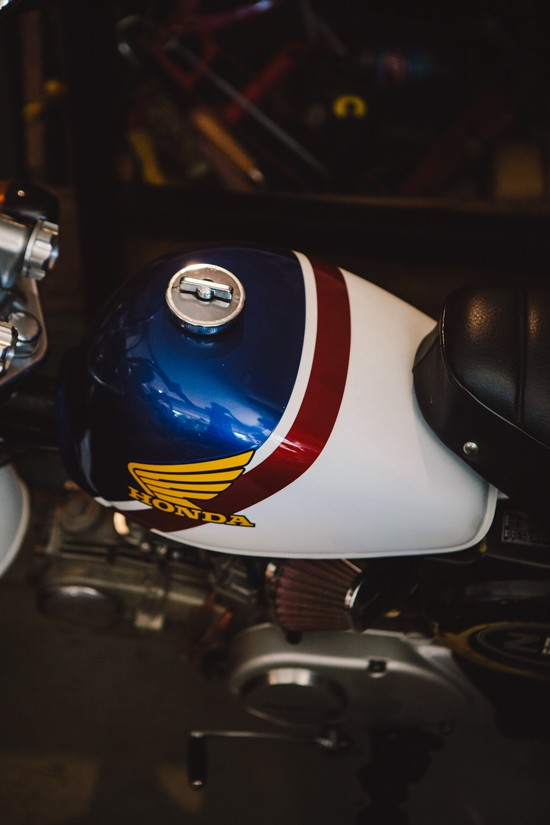 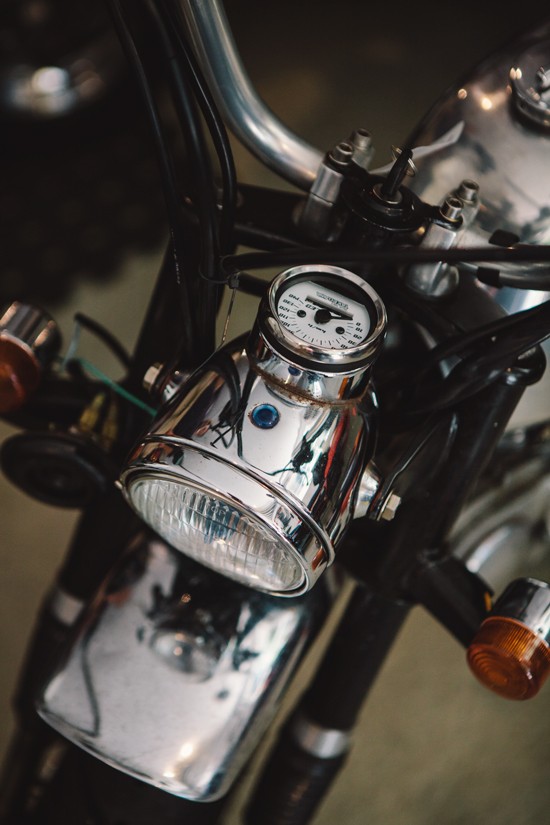 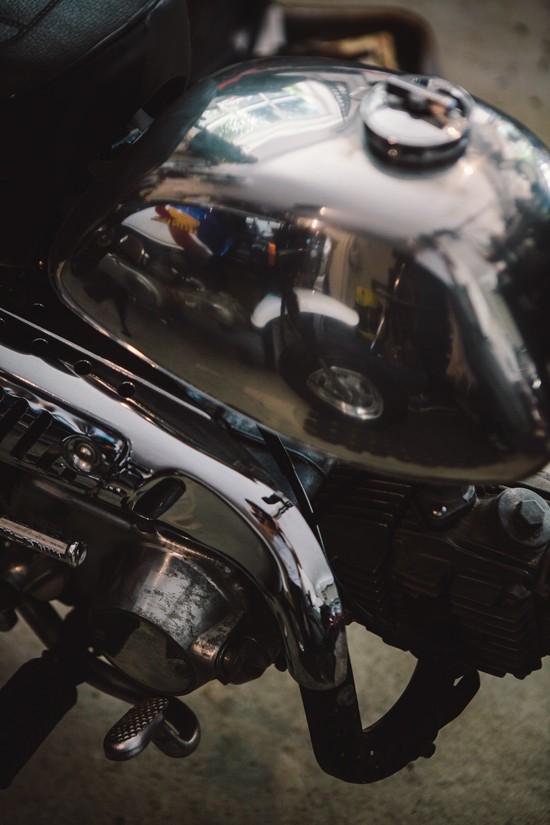 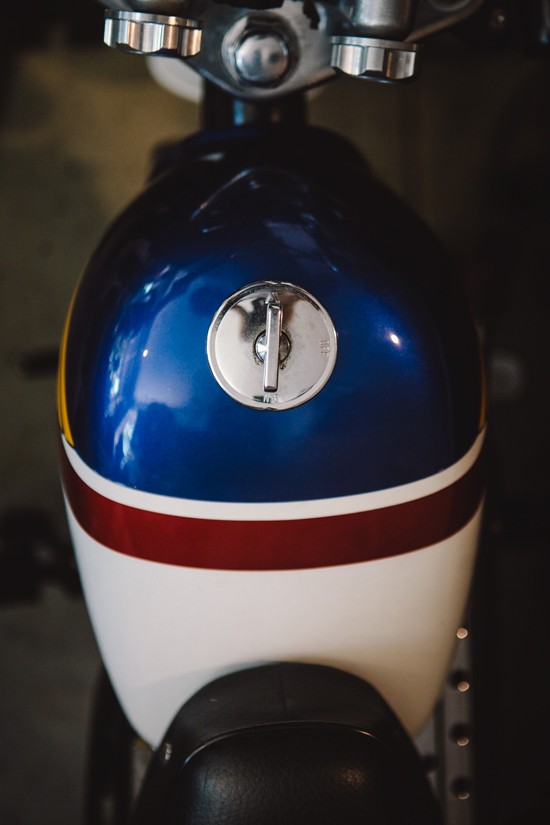 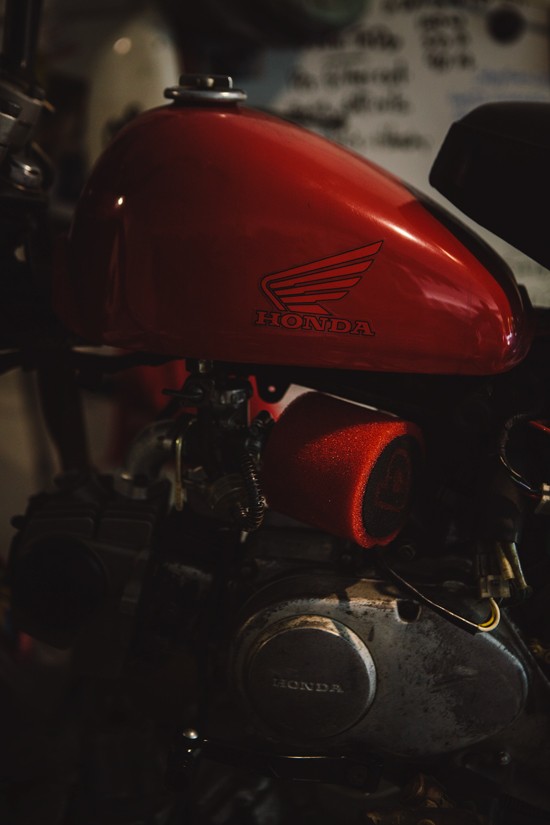 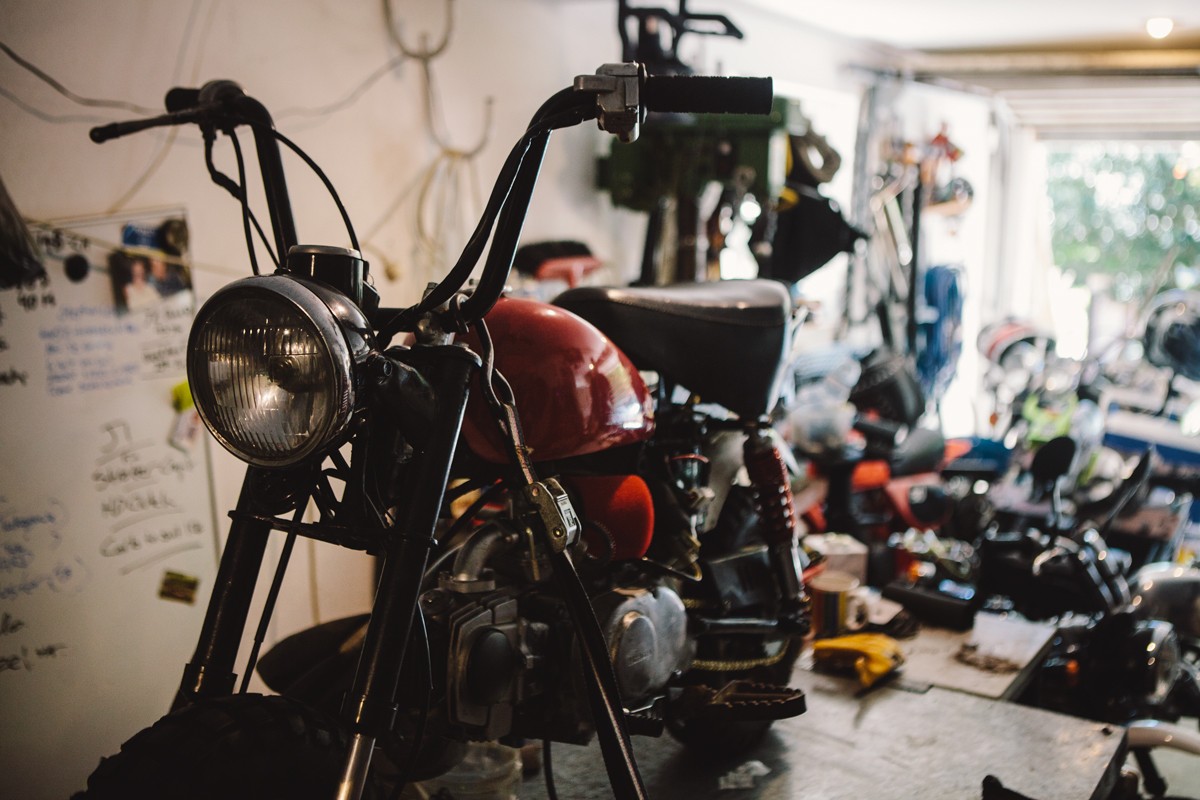 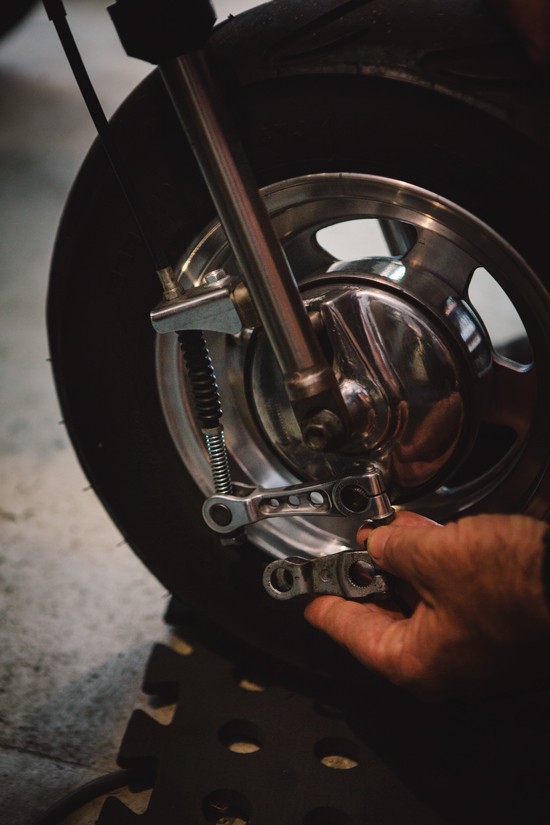 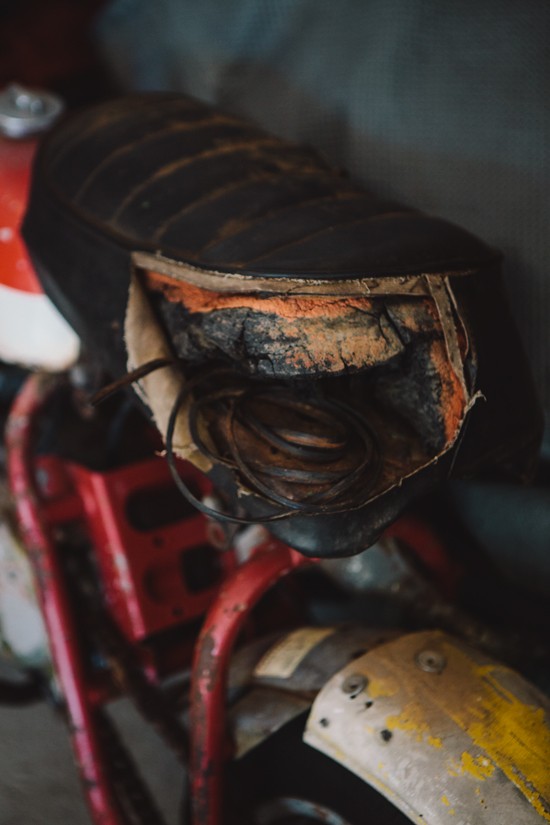 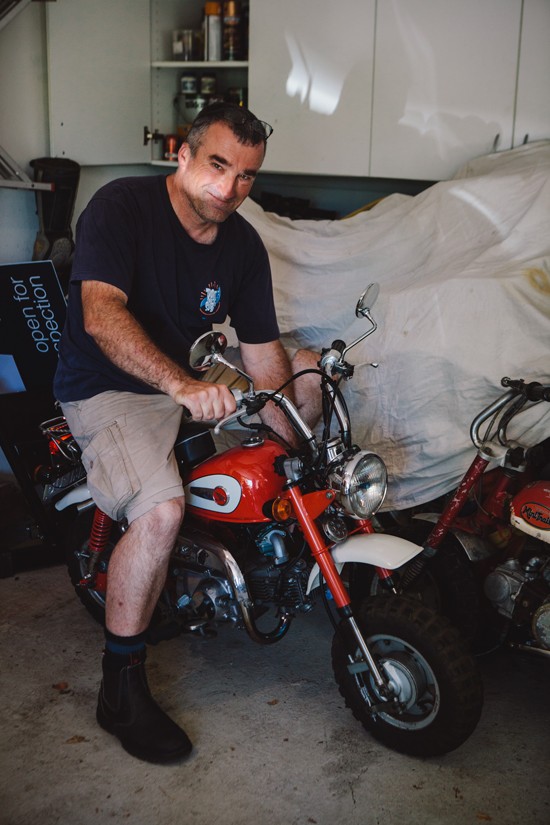 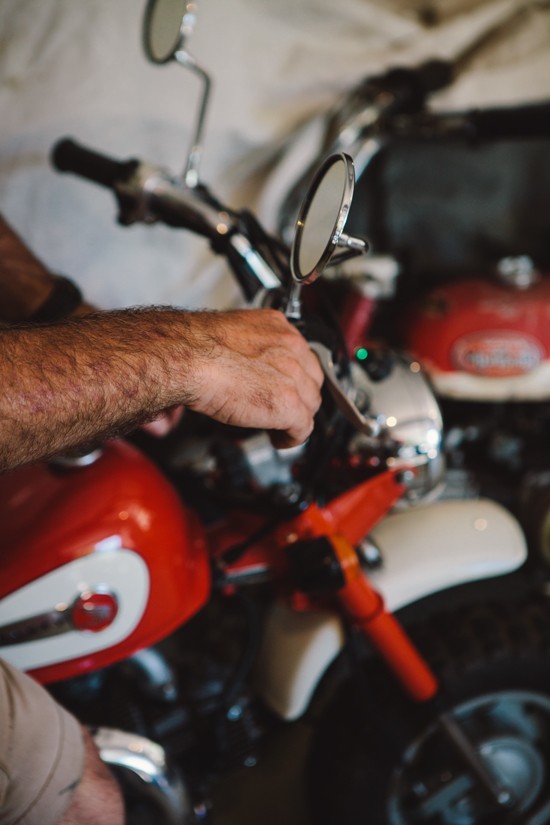 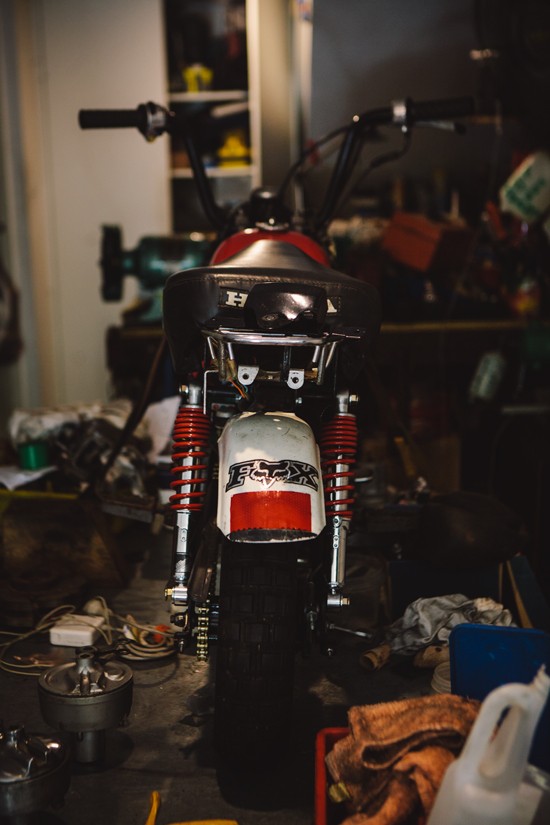 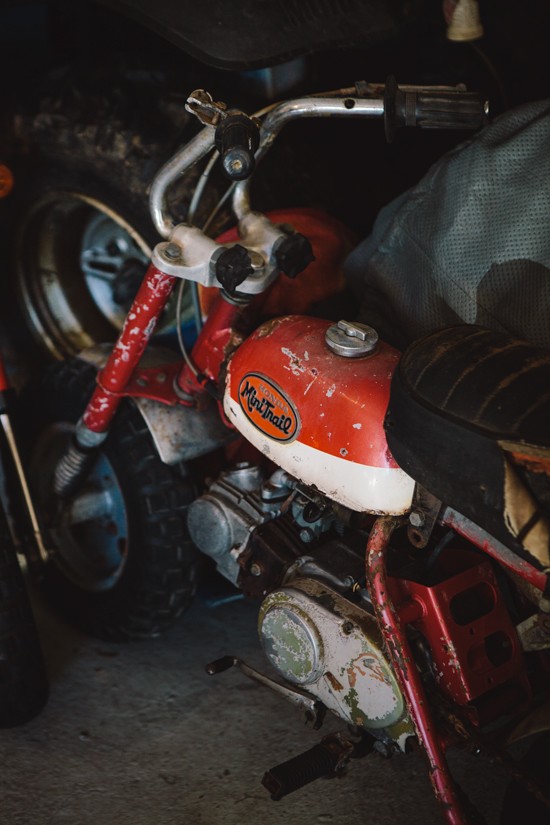