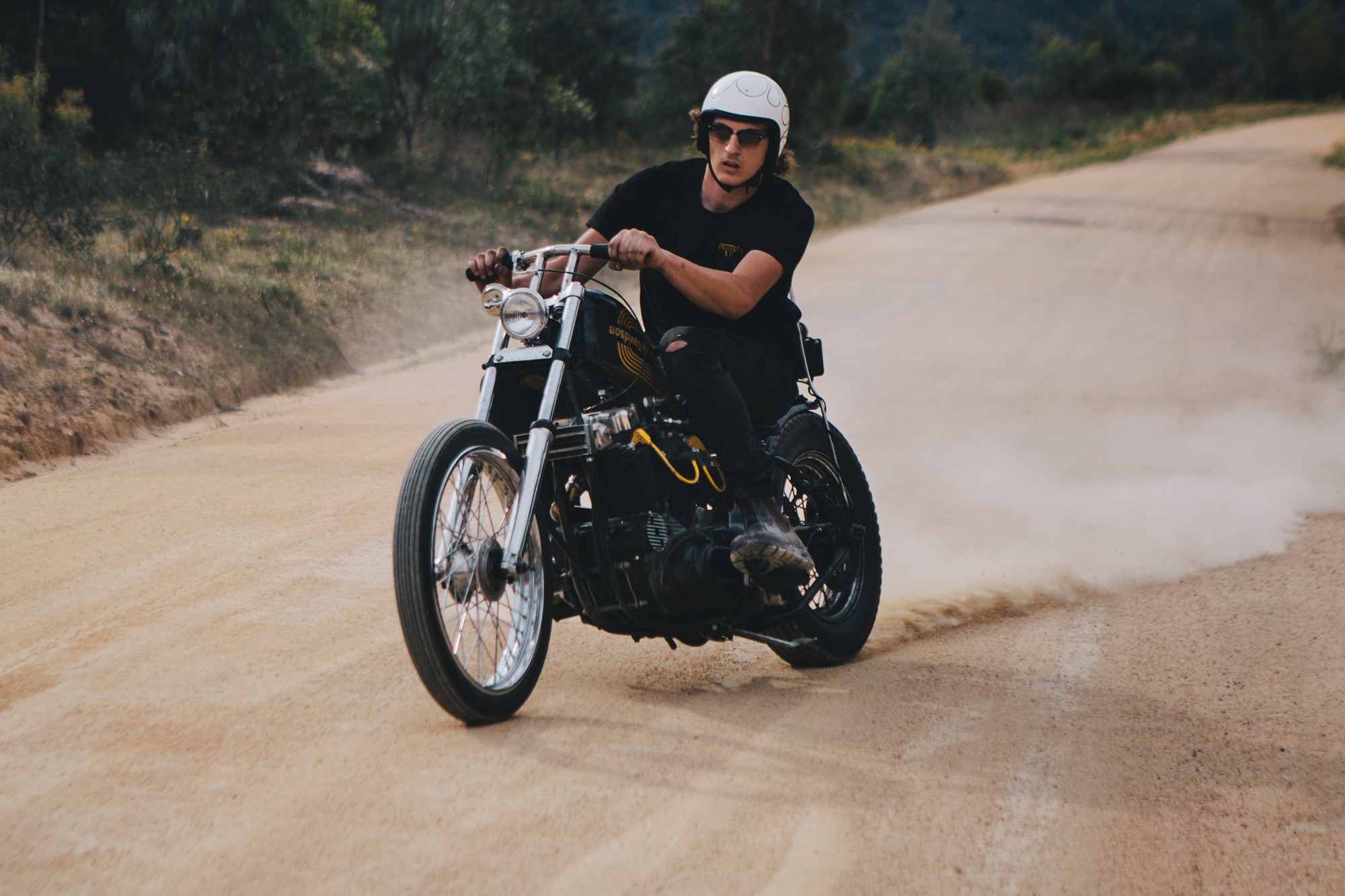 Plenty of blokes start riding from a young age, and that was certainly the case for Brad – however what sets him apart from most is he also started building and customising his bikes from a young age. If only we could all say we rode our own custom bike during our High School years.

Brad started his life of bikes bashing around his family’s property with his Dad on an XR250 ever since he was a toddler, and as soon as he was big enough he was then riding on his own. “What got me into bikes was the fact that I could roam around freely on a motor powered vehicle as a child, which is something pretty special. One bike in particular that I first rode was a Deckson mini bike – it’s been in the family since the 80’s. Ever since I can remember I’ve been into bikes, whether it’s dirt bikes, sports bikes or Harleys.” 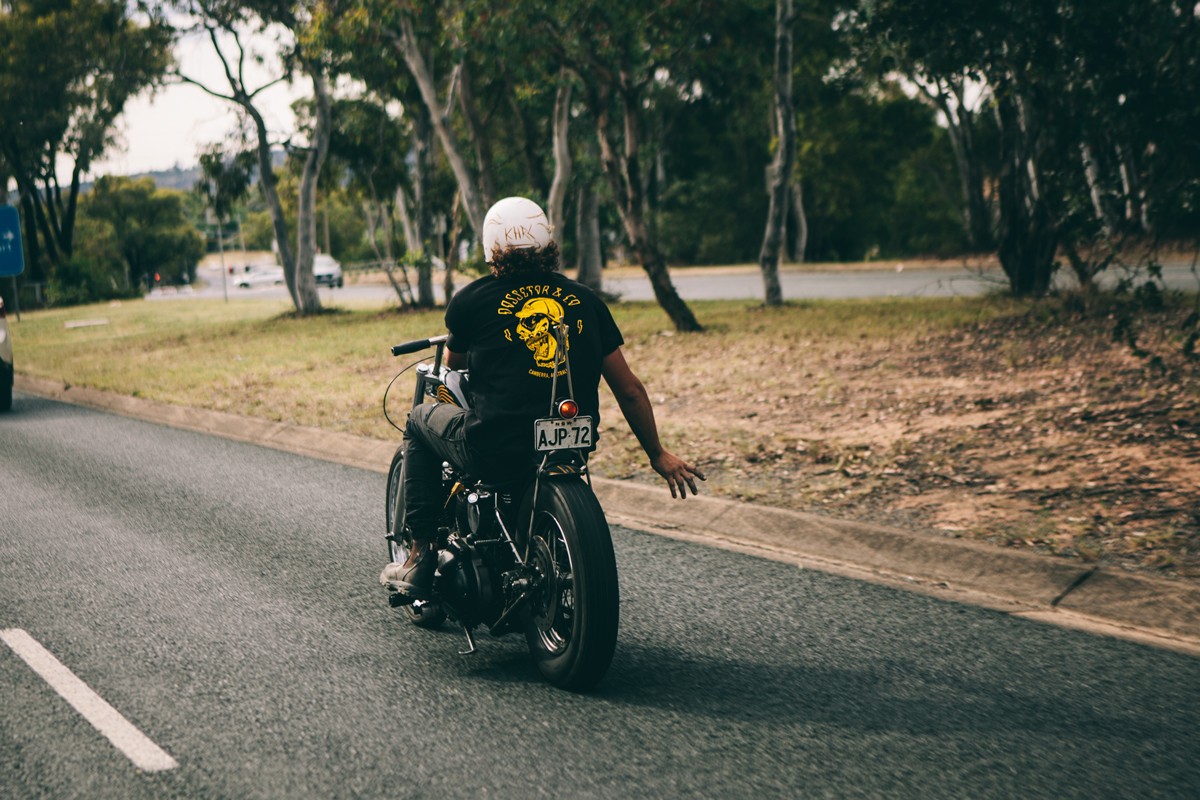 This addiction for bikes was given a kickstart when he started searching for his first road bike, “I was able to get my bike licence sooner than my car licence, so Dad suggested I keep an eye out for a classic Japanese bike to turn into a Café Racer” And sure enough Brad came across a 1979 DOHC Honda CB750 for cheap that was just screaming for a makeover.

“It took me just under a year to build the bike, but not without with plenty of sound advice and a little financial help from Dad (let’s face it, I was making about $100 a week when I was 16) Dad and I did everything on this bike, from powder coating the rims, new S/S spokes, I even made my own fiberglass seat using plaster of paris to make the shape, to then moving all the switches. We did all this in the pergola out the back as we never had a garage in our old place.” 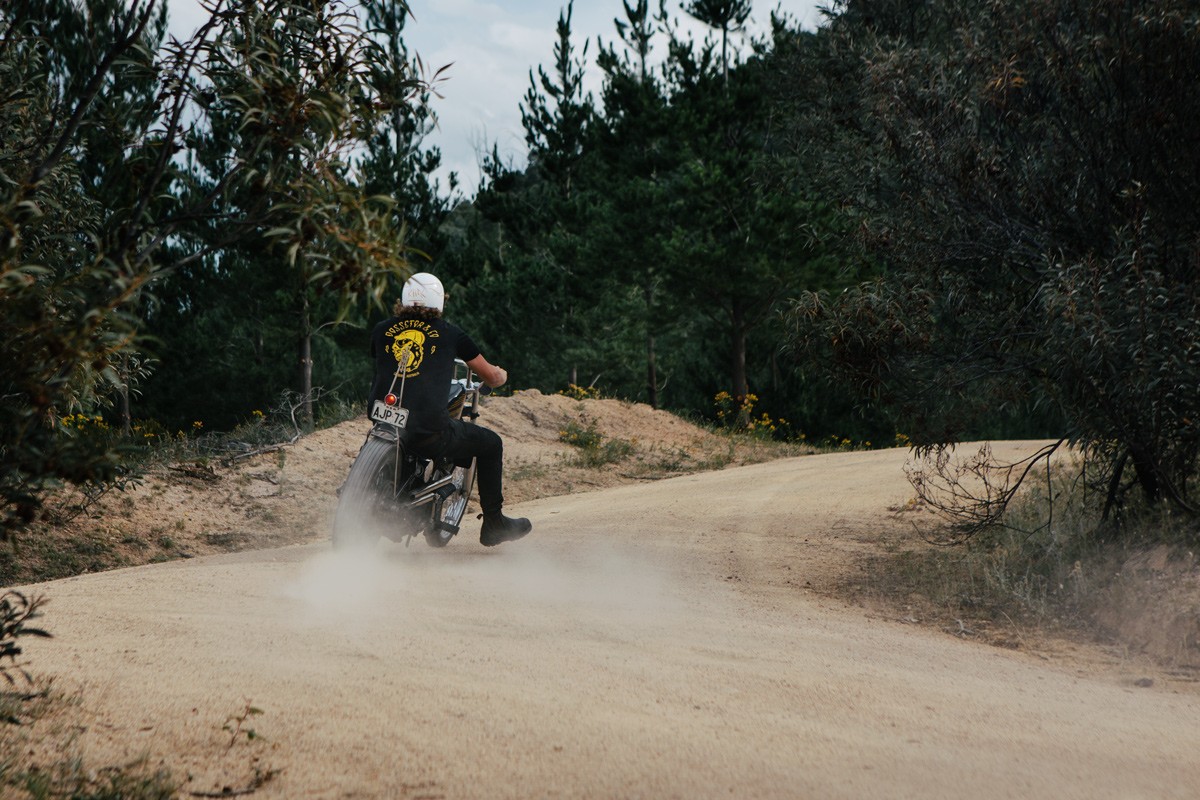 This was all great fun, and important, in learning more about bikes and what Brad wanted from his speed machine. It would sure enough be time to step up again in the bike world, and a trip to Canberra Harley-Davidson would prove more fruitful than he’d expect. “I got rid of the Honda when I was 18, checking out an old Evo Softail which I took out for a test ride. As I was riding around, the bike salesman fancied my Honda chopper sitting out the front and made me an offer on it as soon as I got back, and so this became an instant trade in and off I got with my first Harley!” 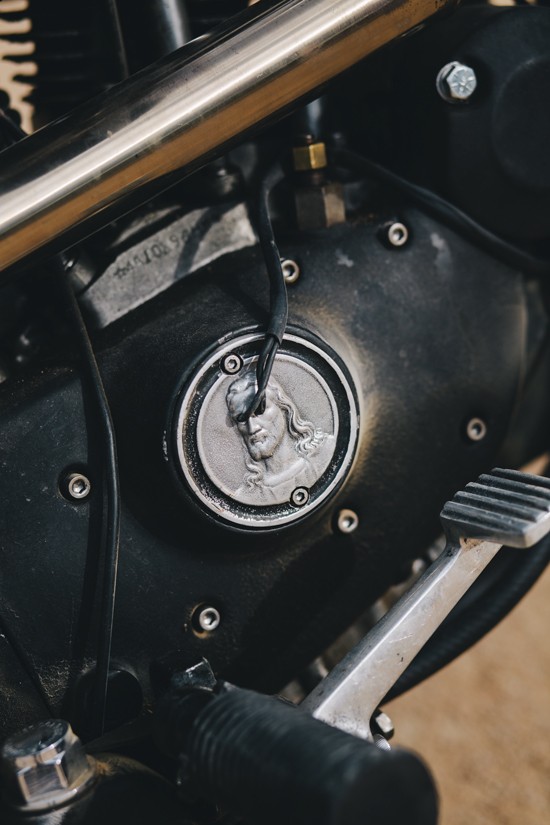 This would be the first of what will (no doubt) be many. Brad’s current bike is a 1975 Harley-Davidson XLH1000 Sportster he picked up in Wagga Wagga earlier this year. “Although it was already set up as the bike of my dreams, I couldn’t help but make it my own. This bike in particular already had a rigid frame, wheel combination and other small parts that fit the bill for the style I was after so it made for the perfect base for a complete ground up rebuild. This would be my first real Harley.”

“Why do I love Harleys? Because choppers… I’ve always had a love for vintage bikes and cars, but never jumped too far out of the box as far as having one for myself. This all changed when I picked up the Sportster and the disease is deeply embedded now. Building a chopper is the hot rodding of motorcycles, the ability to build a totally unique bike using parts you either have lying around or find, and making a lot of things from scratch is a totally life changing experience. The thing I love the most about an old school Harley is their simplicity and characteristics – they can bring you so much joy and so much frustration all in the same day.” 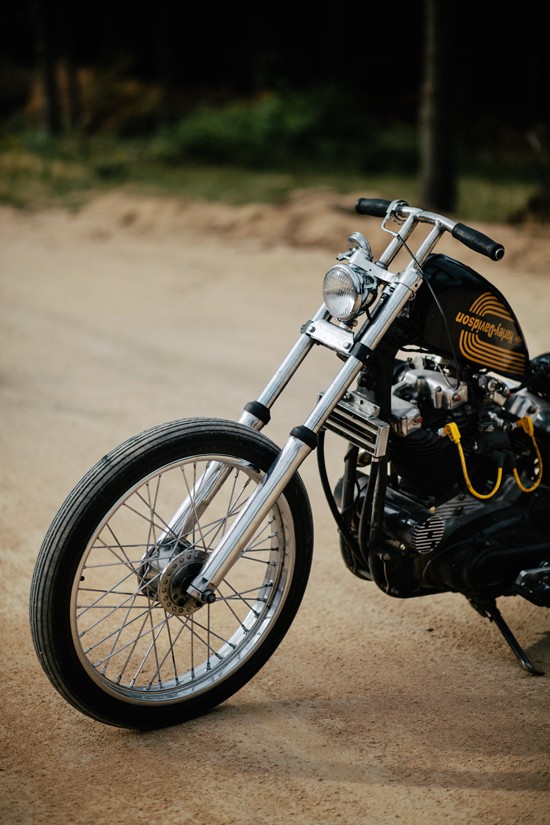 Brad’s garage is a mix of bikes, frames and parts. All projects he’s working on are either for others or himself. It’s not all choppers however – “The kind of work I might do for other people’s bikes would be stuff like café racer tail loops and exhausts and 5 foot sissy bars. I’m also working on a couple of complete bikes for either friends or for me to sell so I can fund the next project.

A lot of angle grinding goes on in the garage, the bike work is never limited to Harleys and I’ve got a passion for all things motorcycle – as long as it’s built before 1980. I have a few years left yet before I start worrying about comfort and electric start” 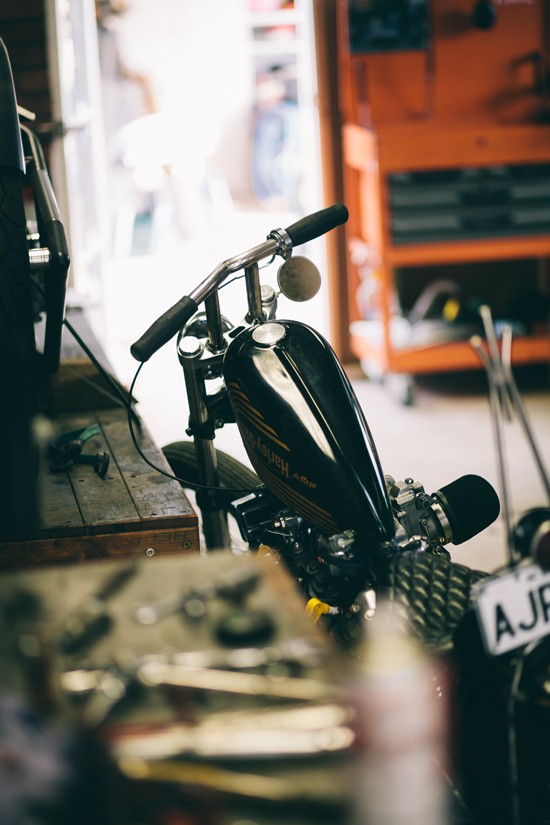 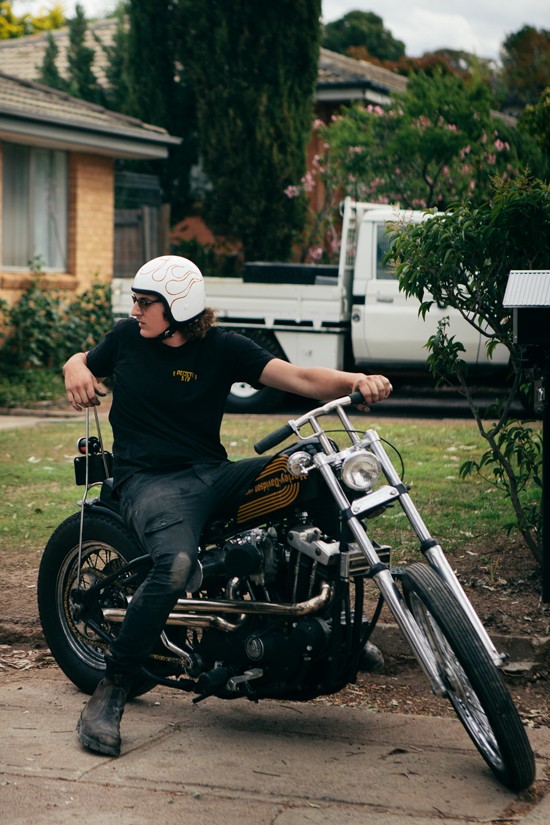 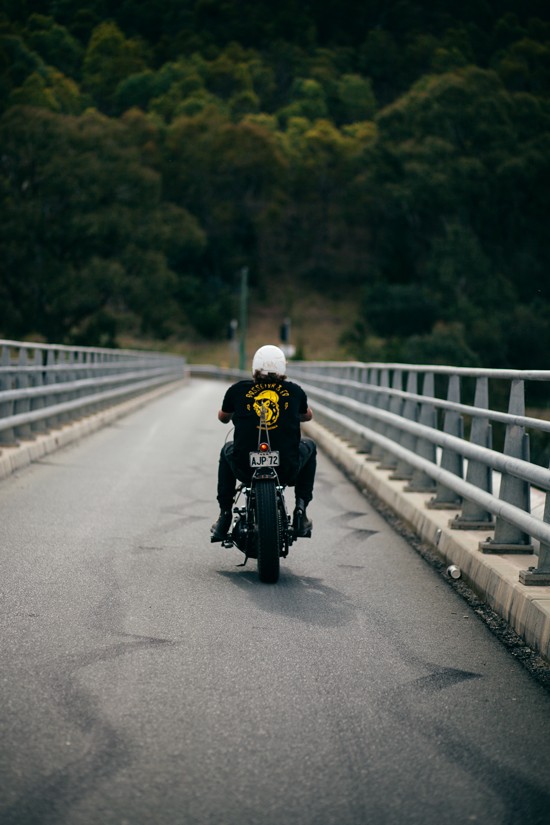 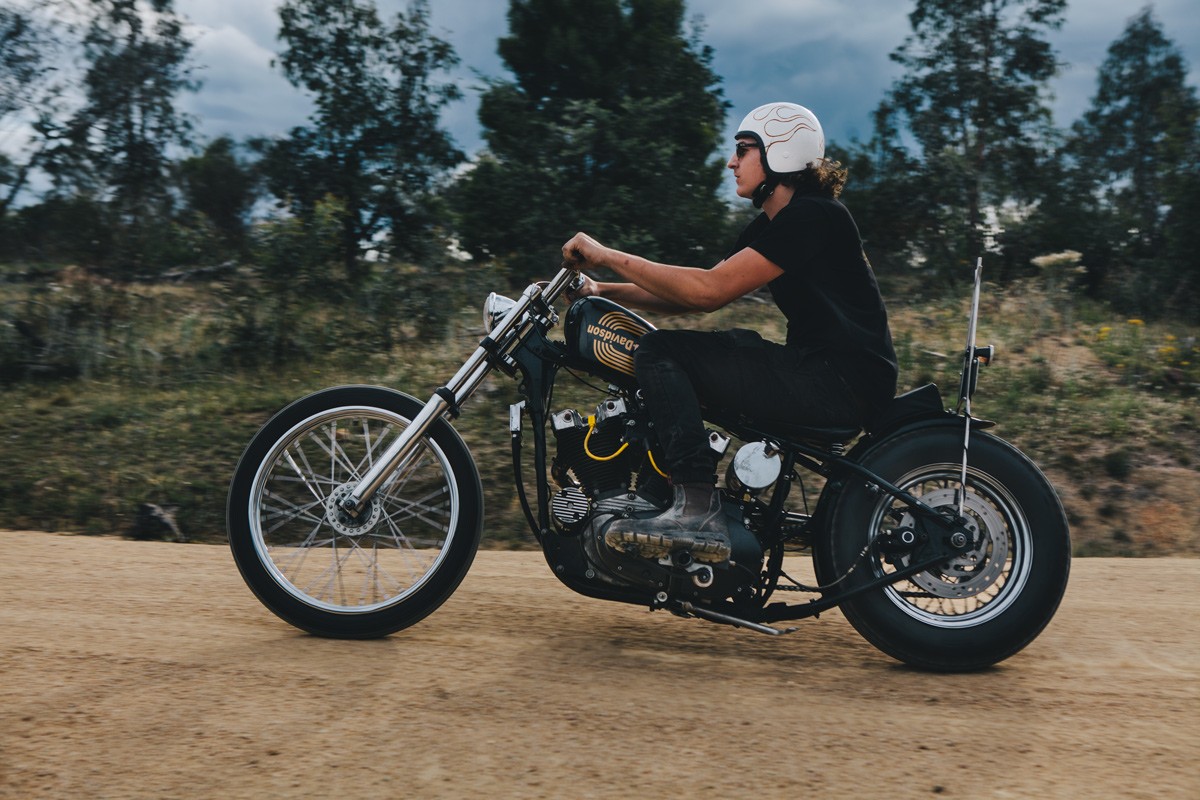 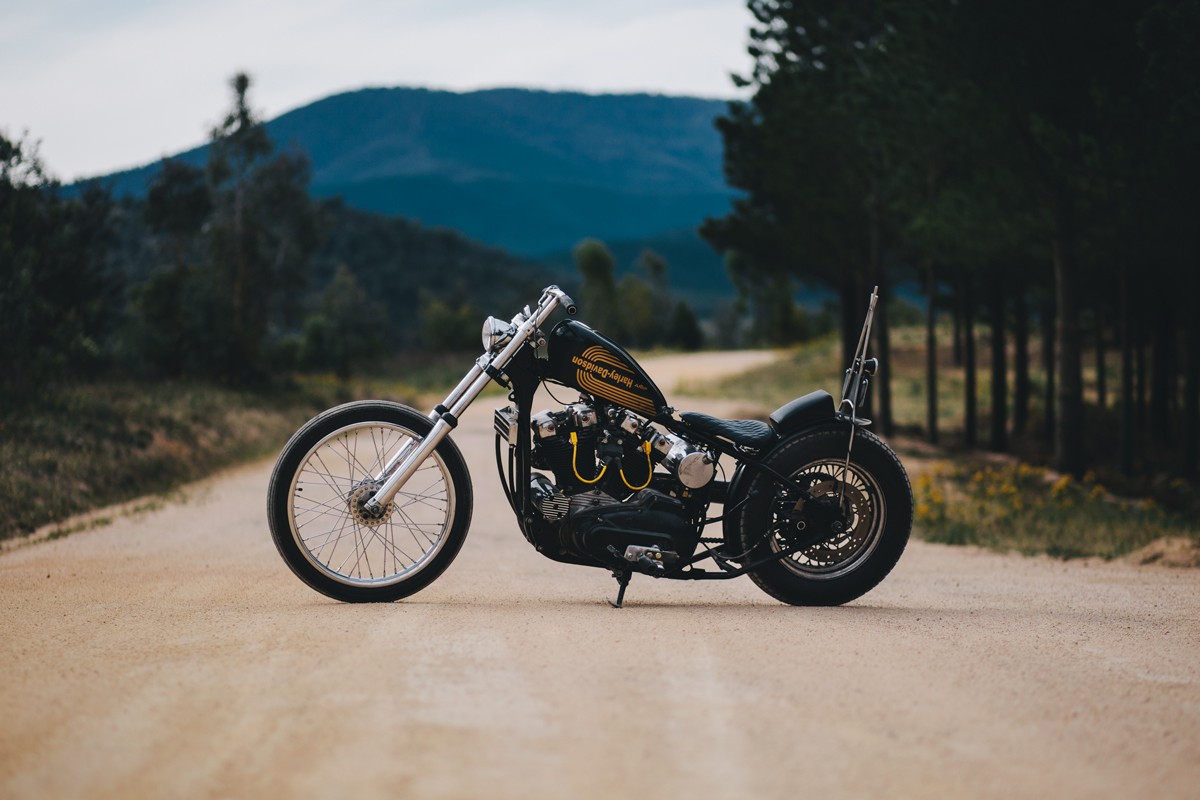 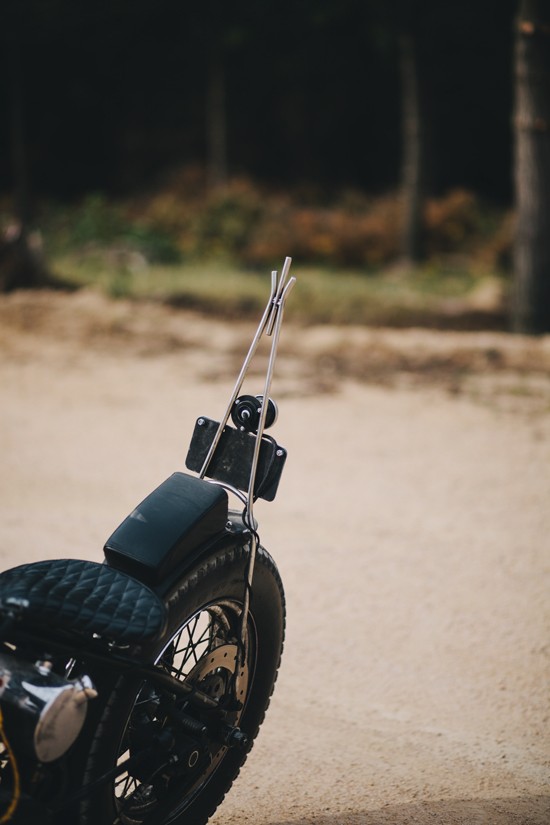 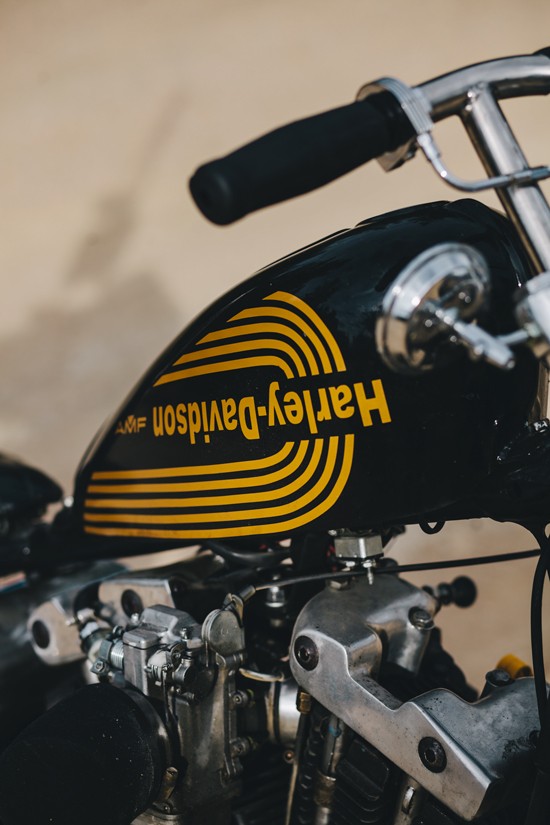 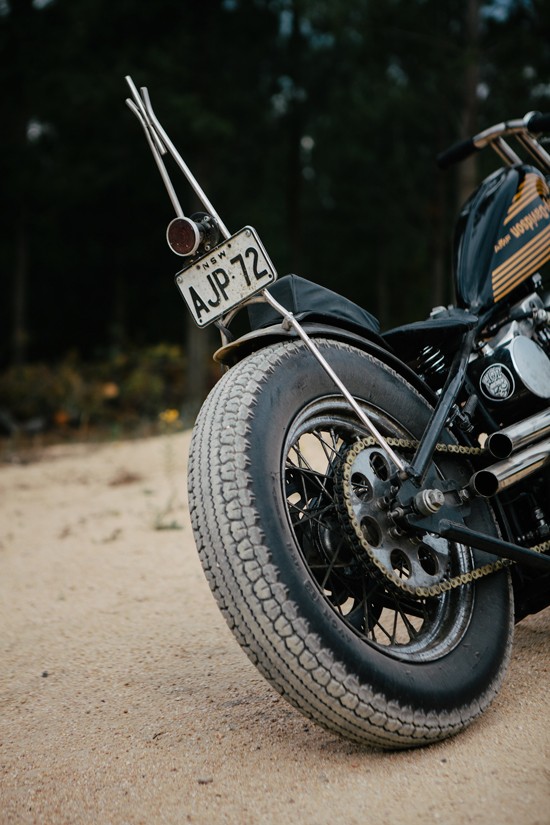 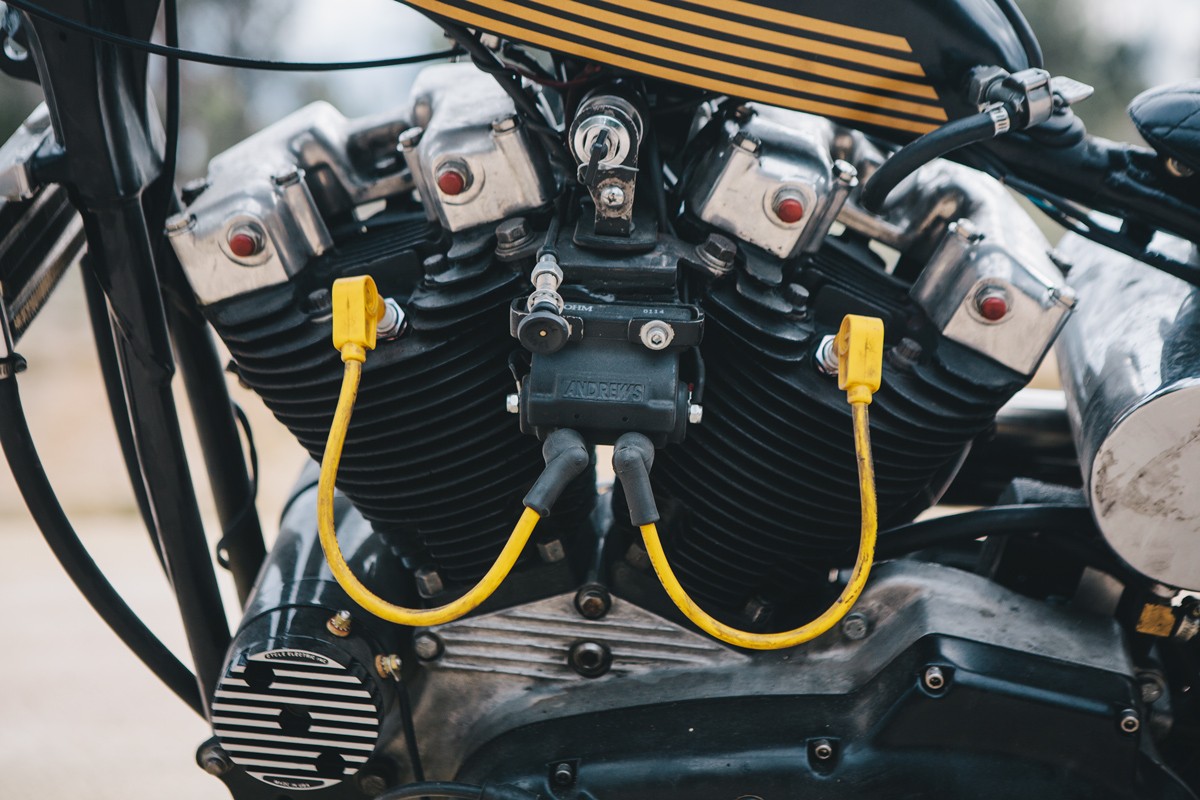 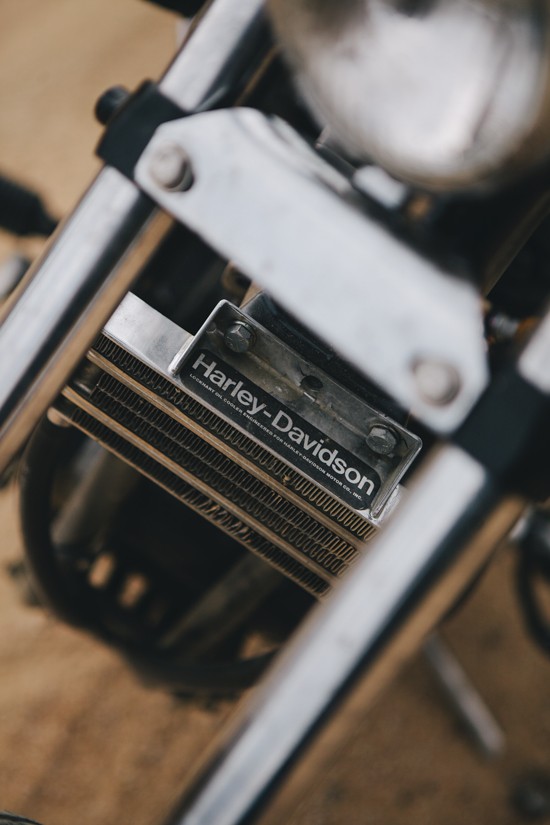 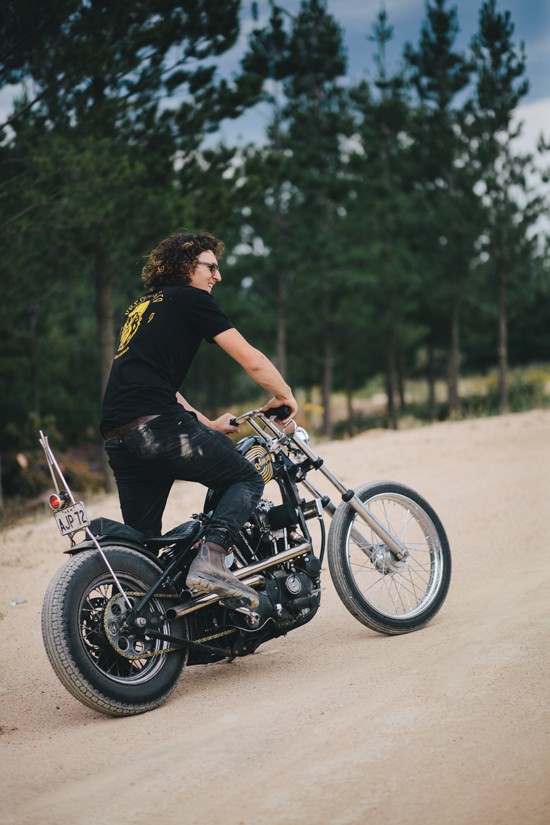 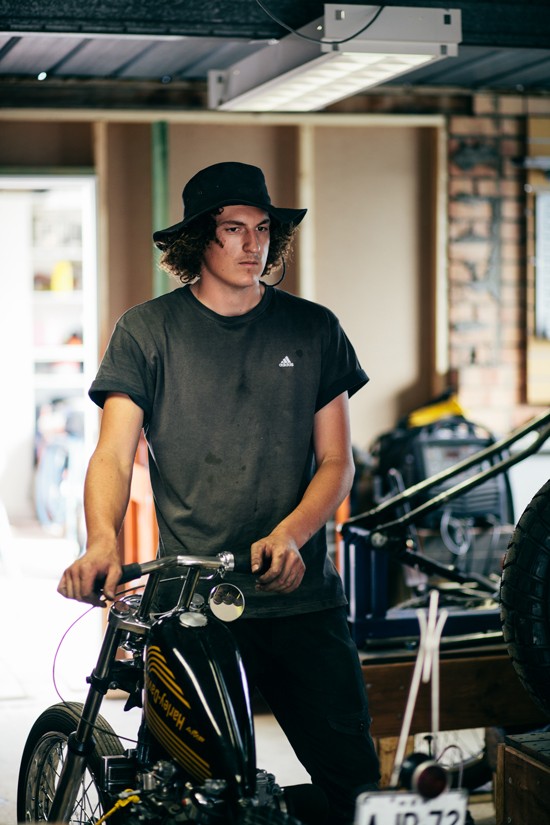 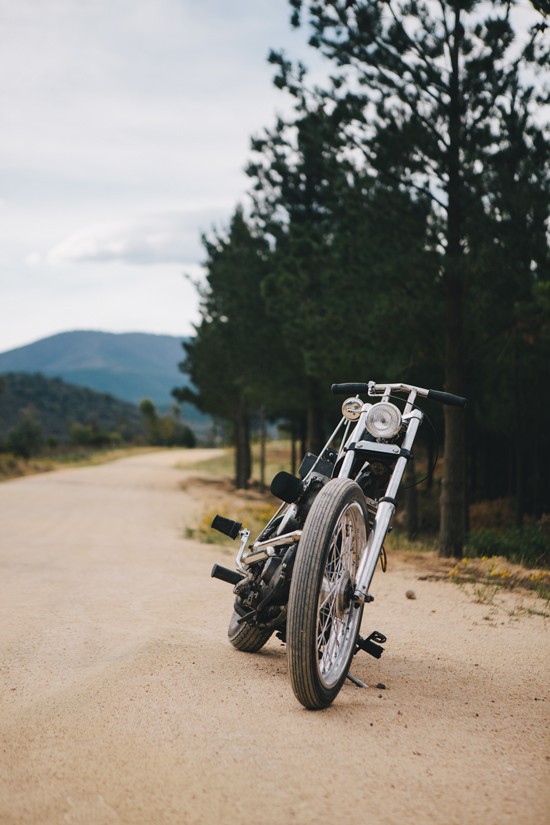