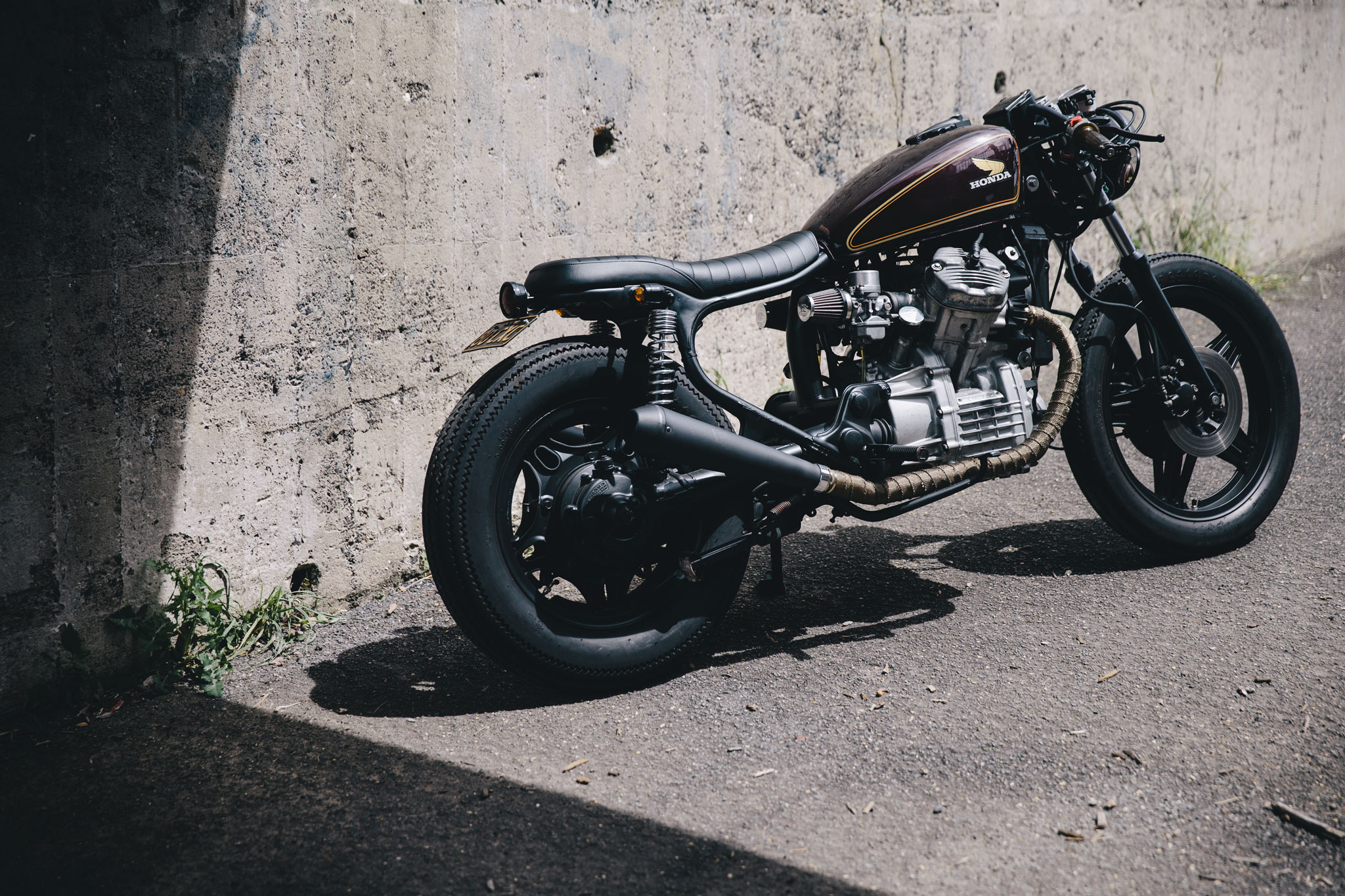 It’s not often recommended to buy a bike sight unseen, but since Brad was on the hunt for a CX500 that was completely stock and unmolested, he hadn’t much choice. 18 months and 800kms later, his blank canvas in the form of a 1980 Honda CX500 Custom would arrive at his door and the chopping could begin. 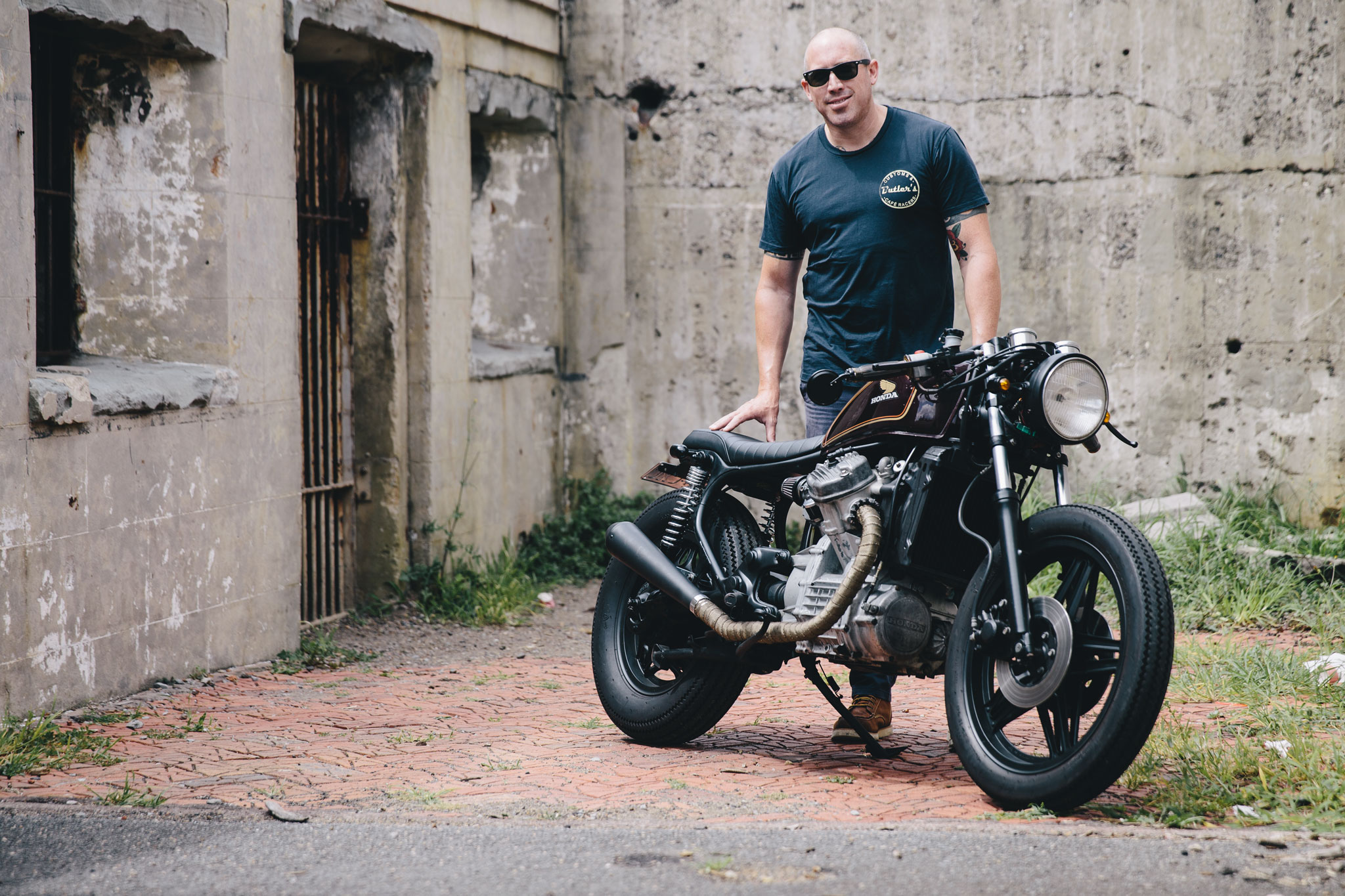 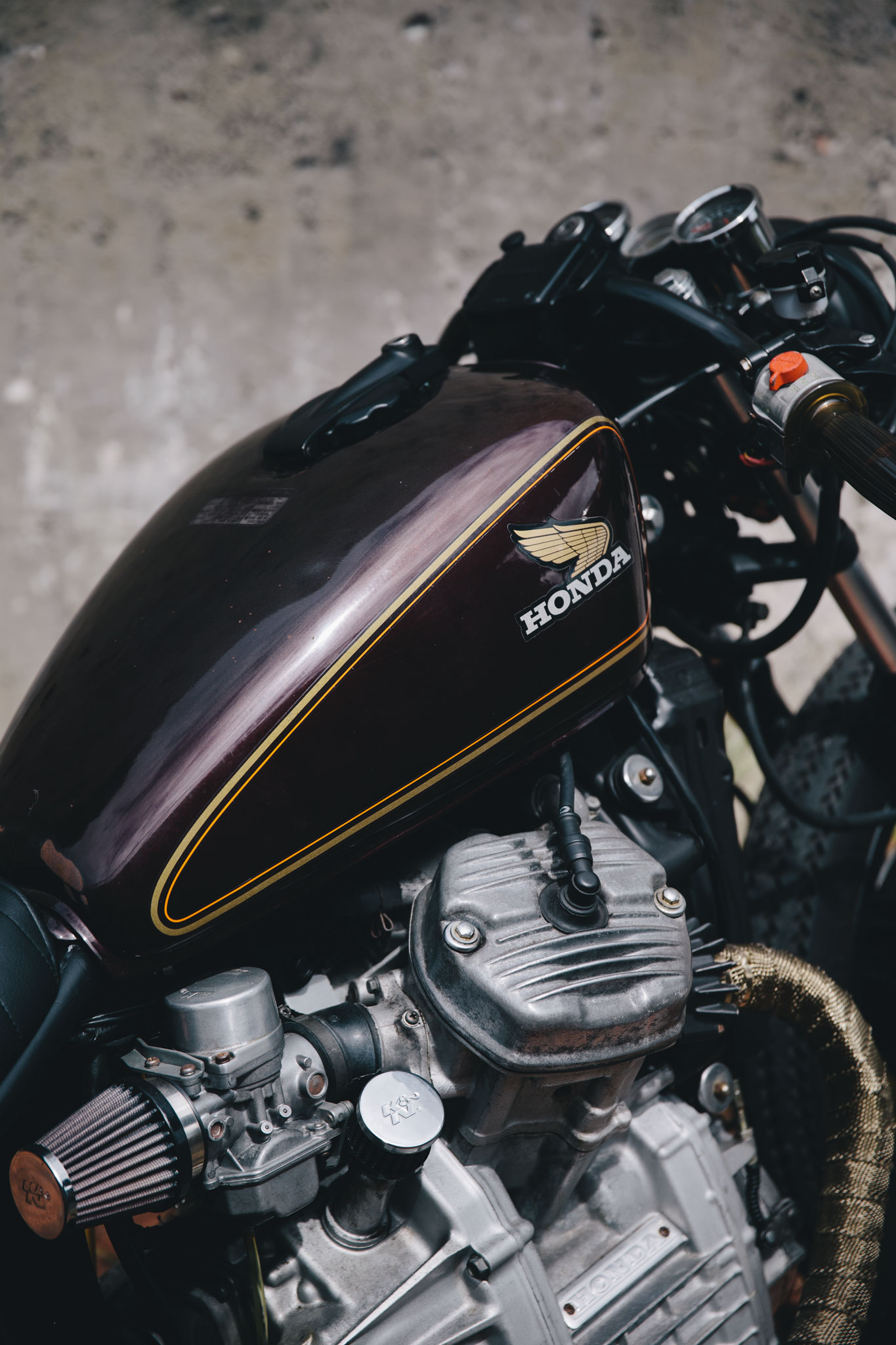 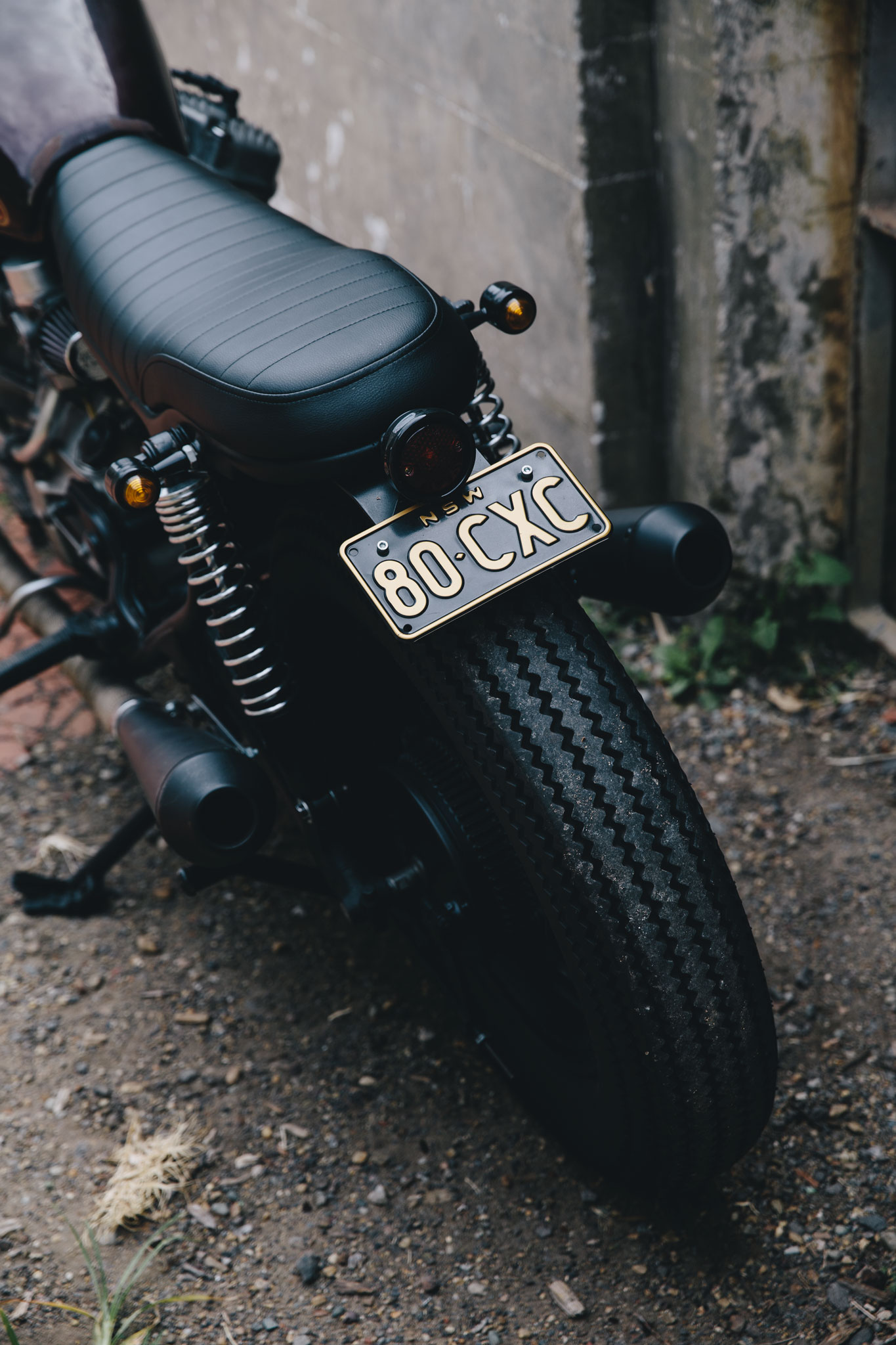 Having built, modified and raced cars for years, riding and working on bikes was only the natural progression for Brad. Finally ticking it off his list as he got his licence and first bike, he’s been hooked ever since. Having a soft spot for ‘70’s and ‘80’s bikes meant that the café racer and custom world would be all too appealing for him. 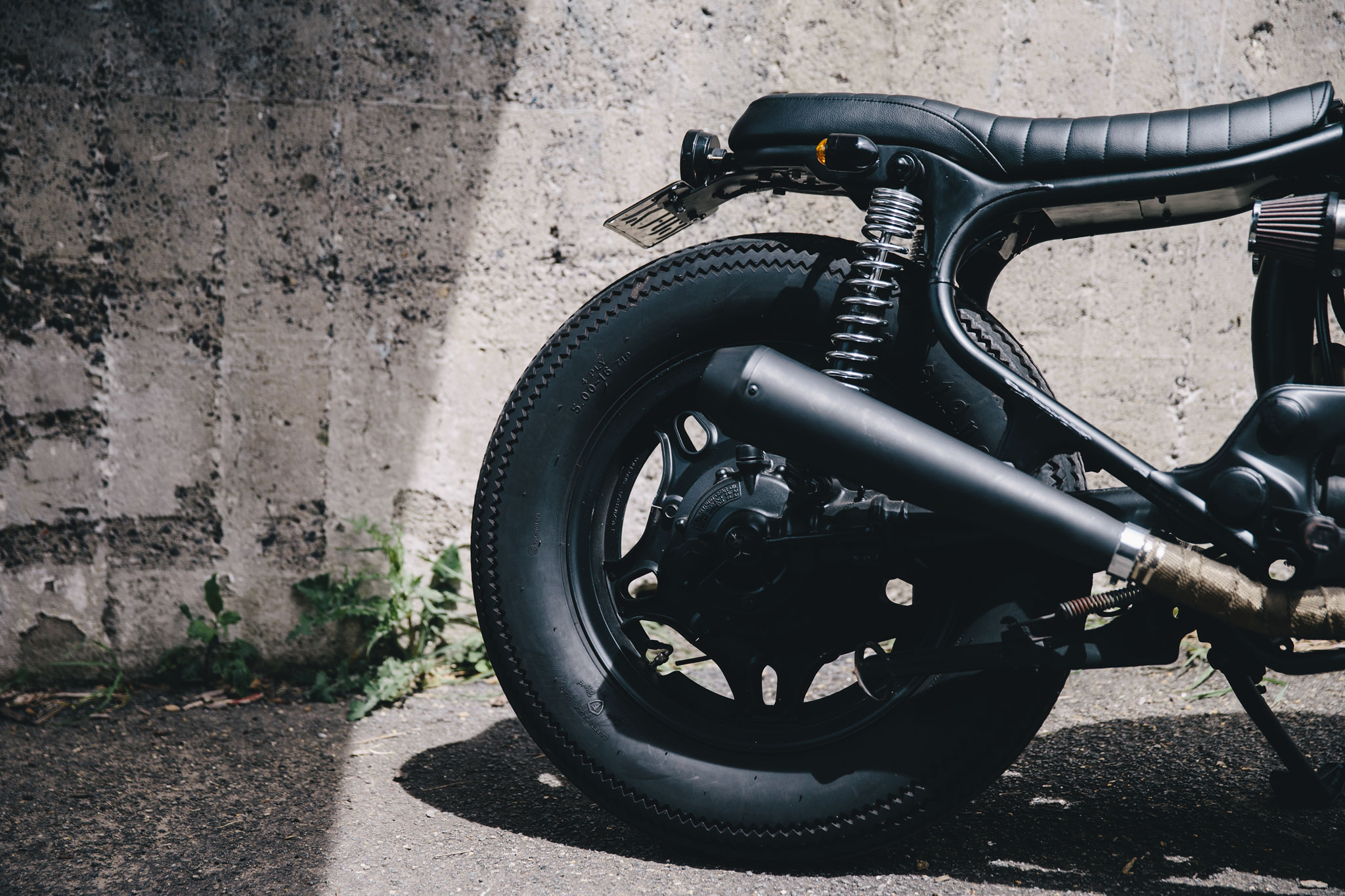 Wanting to create his own build, he decided upon a bike model and the search began. “I wanted a completely stock bike to work on, it took me 18 months but I finally found one in Brisbane. I didn’t even go up from Newcastle to look at it. I knew that the bike didn’t run, but not much else. I had them truck it down for me, and when it finally arrived it was like Christmas!”. 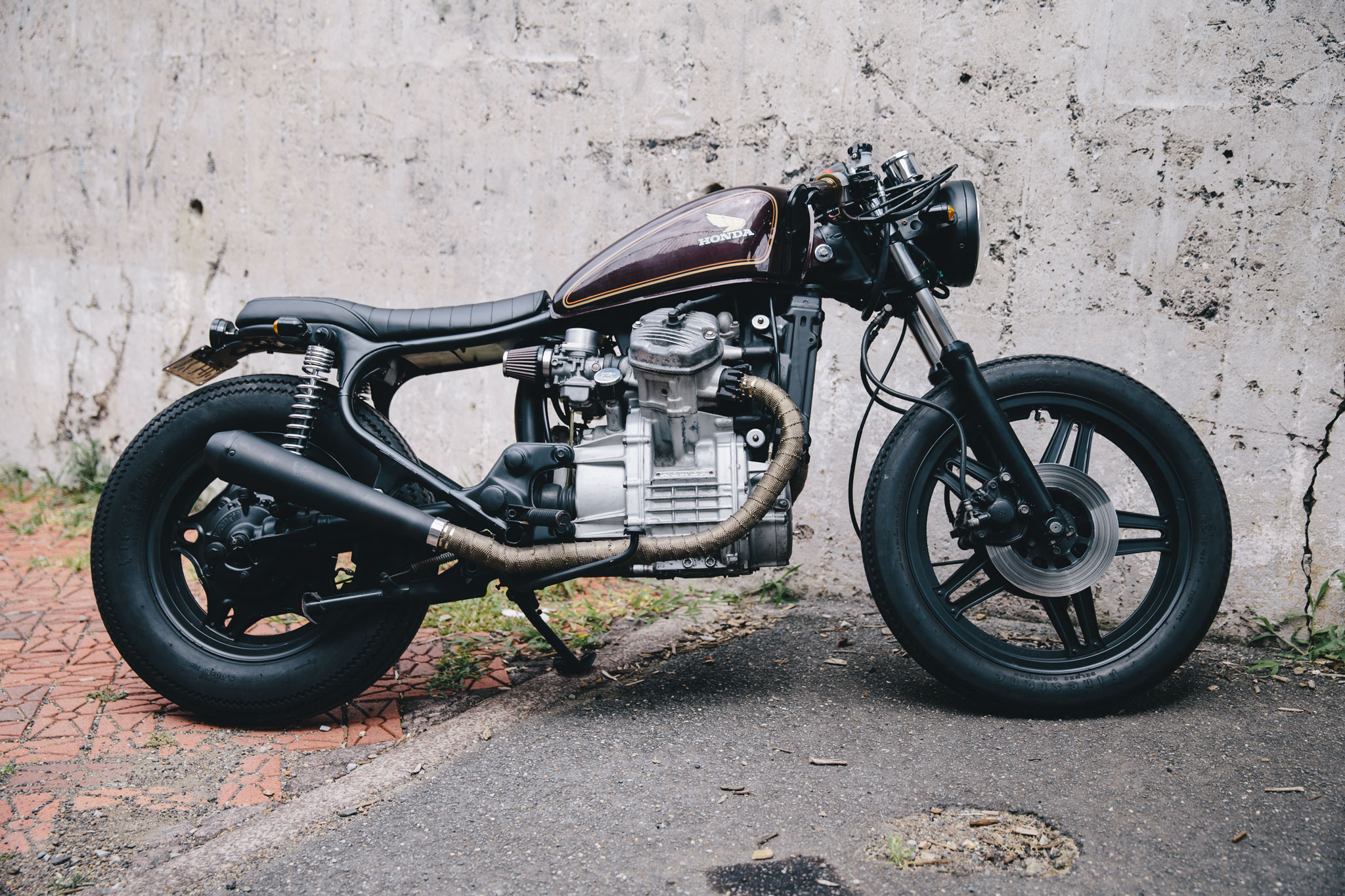 Now the work could begin full steam ahead. It would be time to put all of Brad’s inspiration and ideas from his head to the machine. “I love the lines of ‘70’s and ‘80’s bikes. When I first saw a pic of Wrenchmonkees CX500 build #27 a few years back I knew that I was going to do a CX build. I loved the lines of that build, the whole look with the firestones instantly appealed to me.” 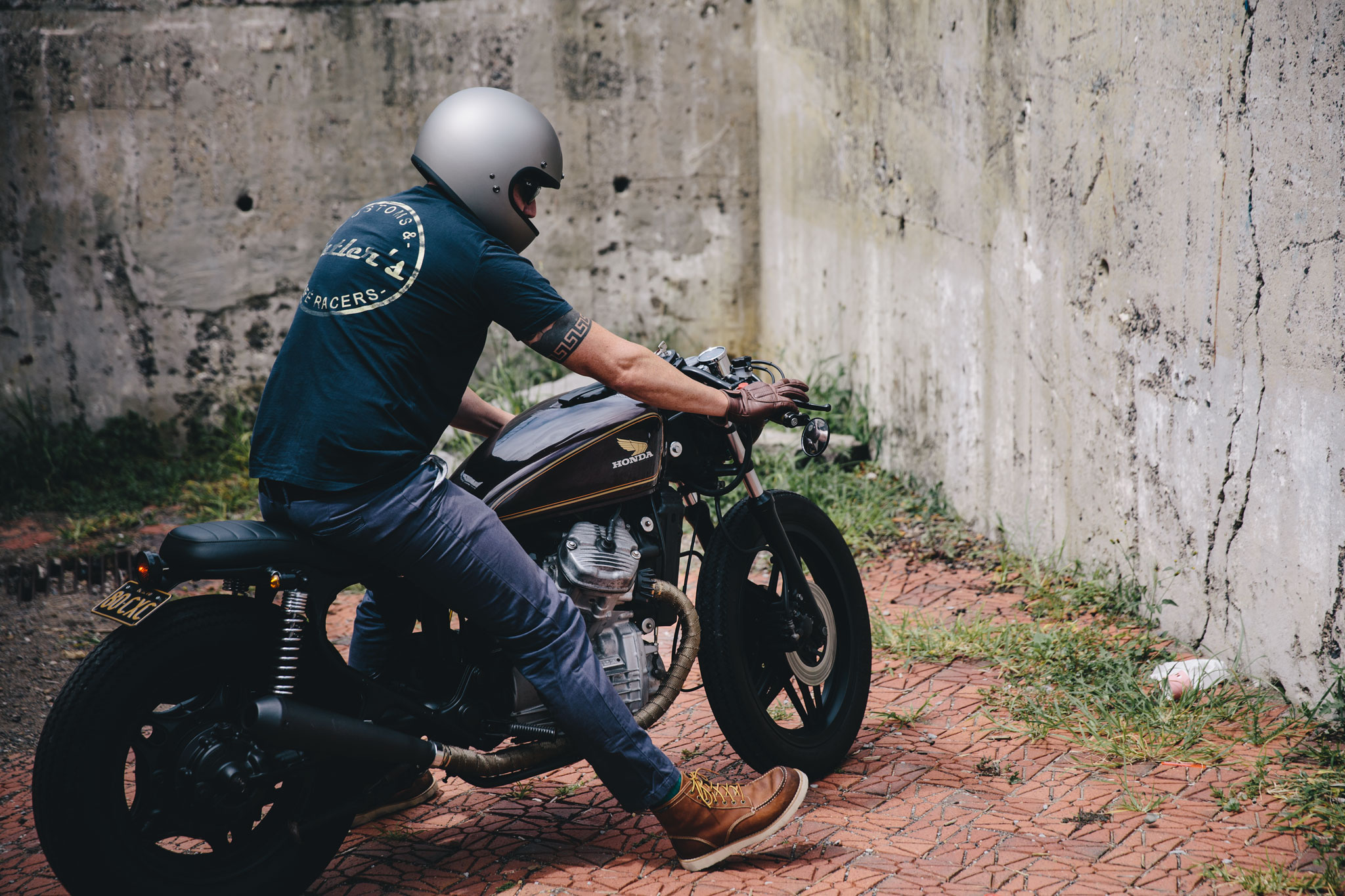 Honda CX500’s have a mixed response from many riders, a taste not for all but regardless they definitely make for a great café racer or brat style build. They can be turned into a stocky, aggressive bike that boasts a unique looking engine (at least from Honda’s usual line) that pumps out a ton of character. “If you know what a stock CX500 looks like, you’ll know they’re pretty ugly. This was my first bike build, but fortunately while I was hunting for the bike at the start I was also collecting the parts I wanted to use, so when the bike finally arrived I could get completely stuck into it.” 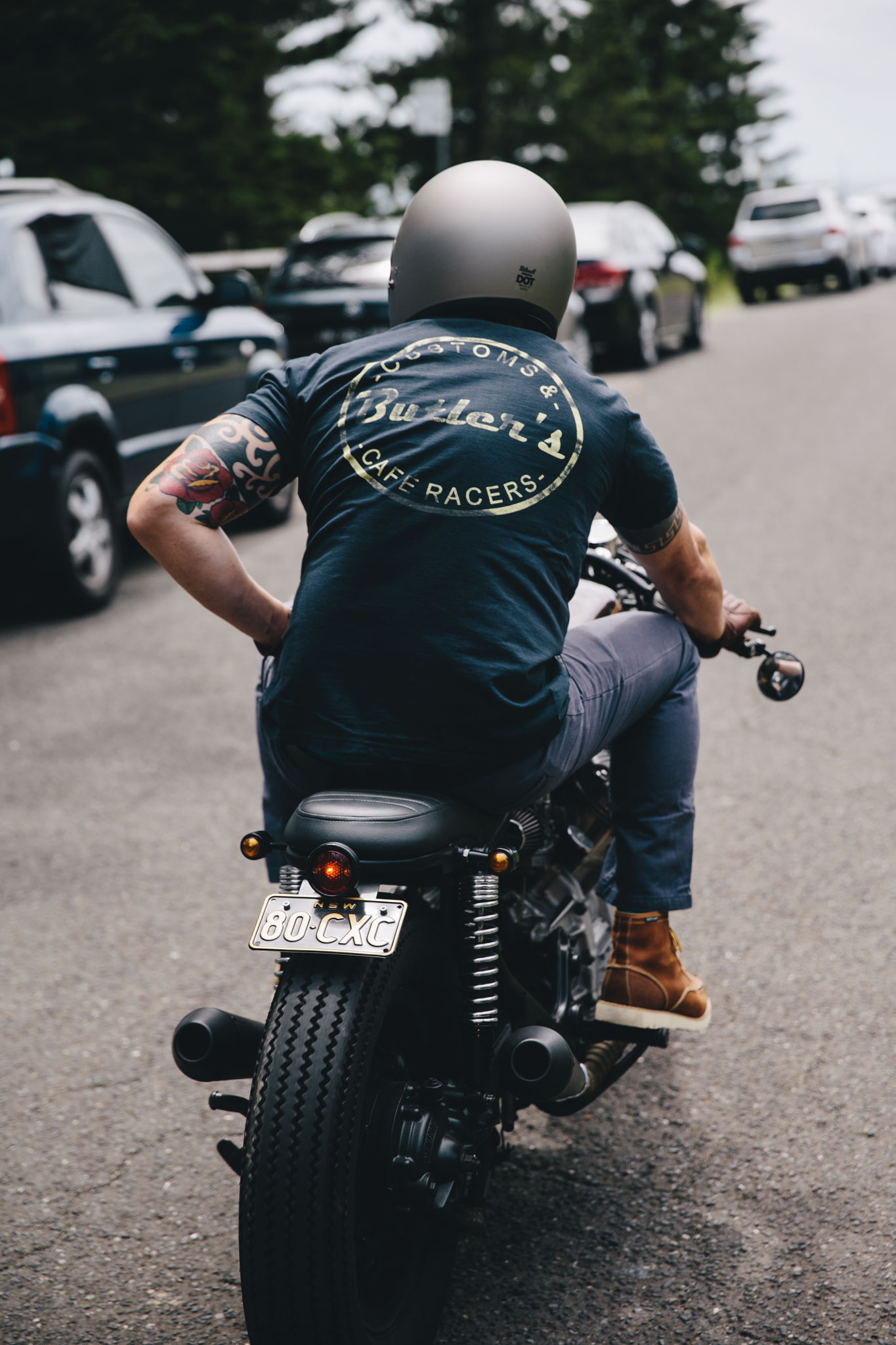 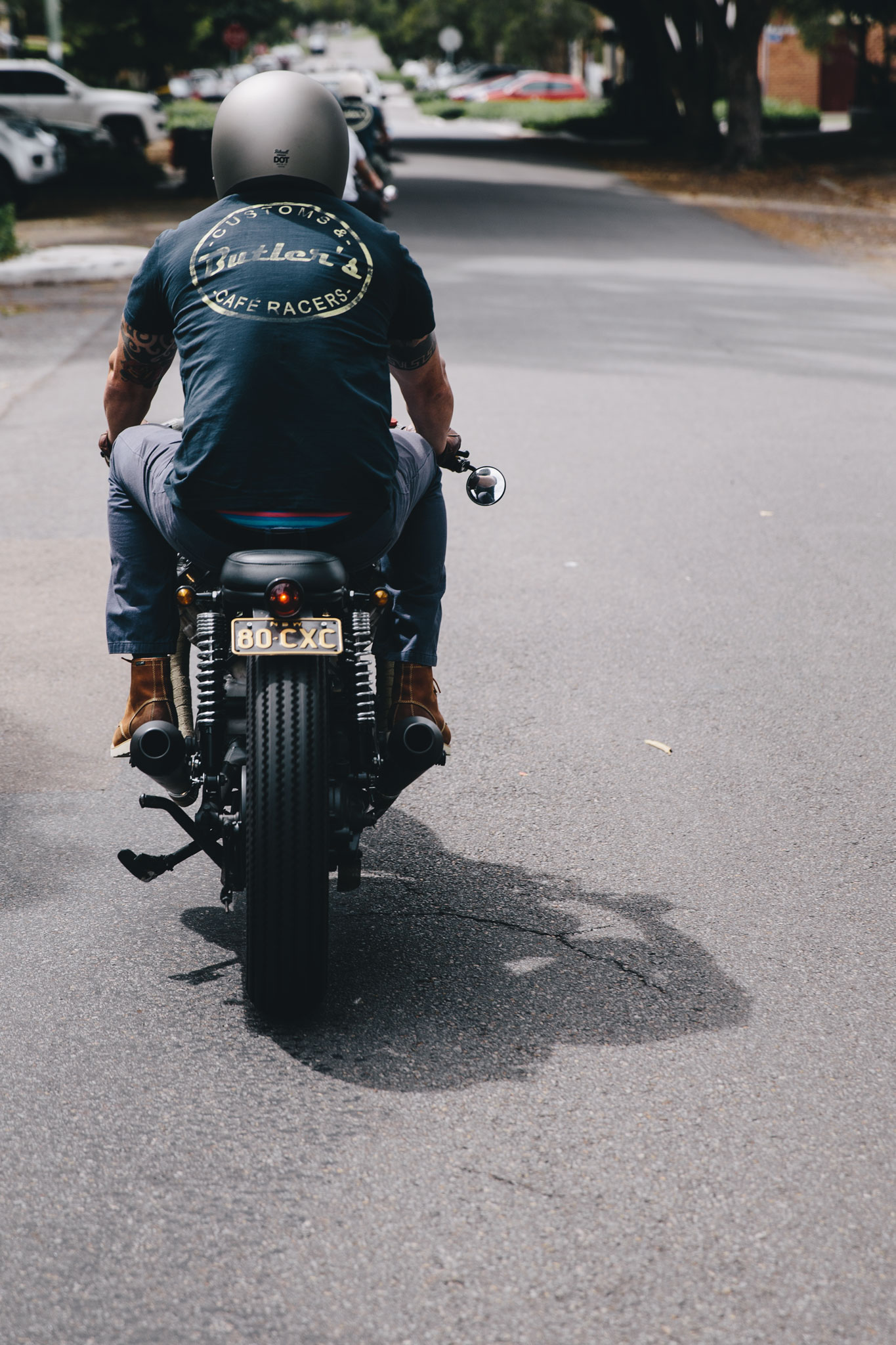 “The bars and instruments sat pretty high on the stock machine, so I pulled it apart and began work from there. I swapped out the bars and added new grips, levers, mirrors, new small gauges, brake fluid reservoir, blinkers and added a water temp gauge. I then got to work tiding up the electrics to give it more of a minimal feel and keep things simplistic. I got rid of the chrome by painting everything satin black – this was a must as I don’t like chrome at all.” 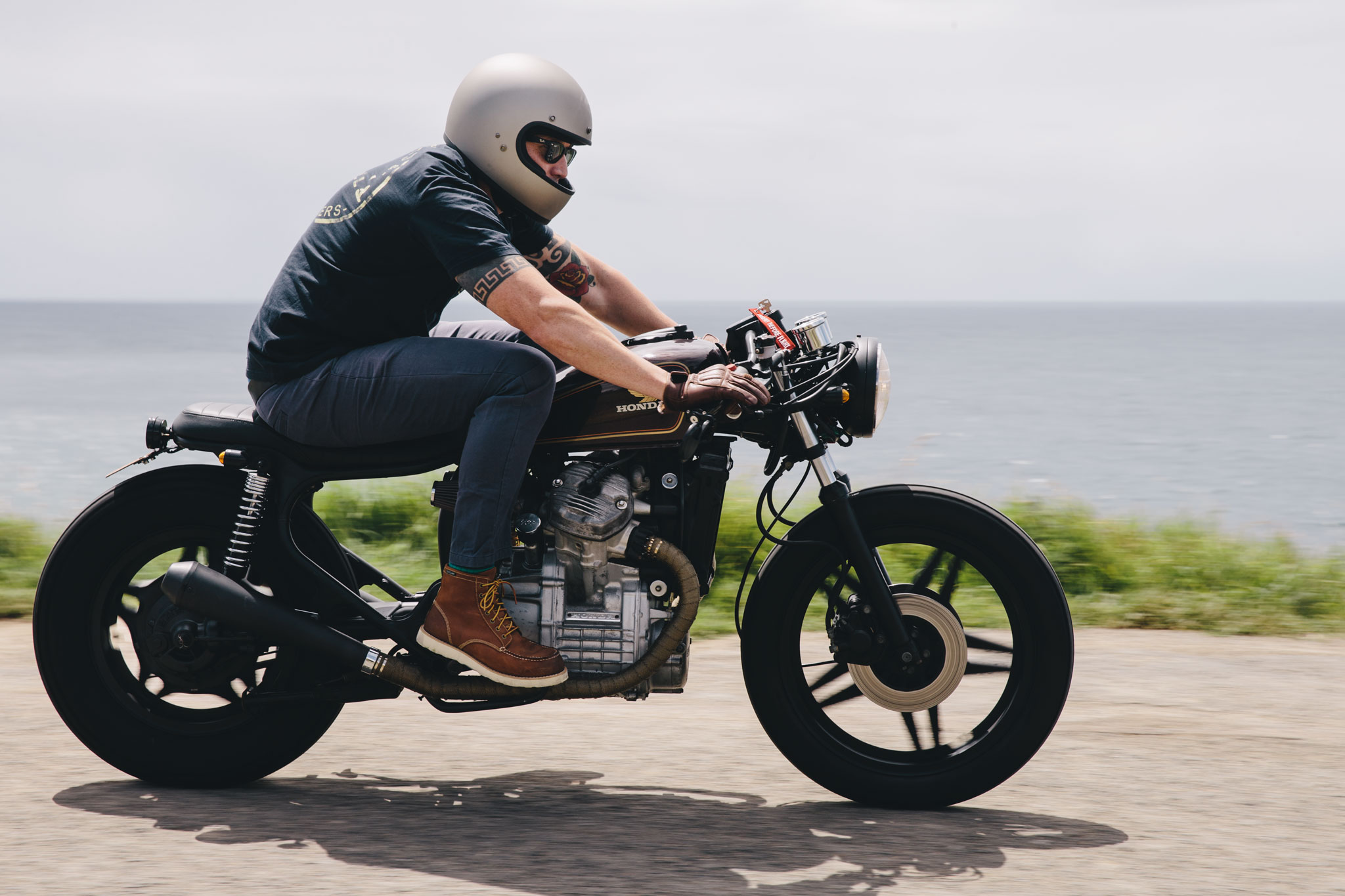 The work was achieved fairly straight forward for Brad, partly due to taking his time to research the bike and having all the correct parts ready to go. “I work full time so I didn’t have much blocks in my schedule to work on the bike, but I chipped away at it and the build progressed smoothly without any hiccups.” 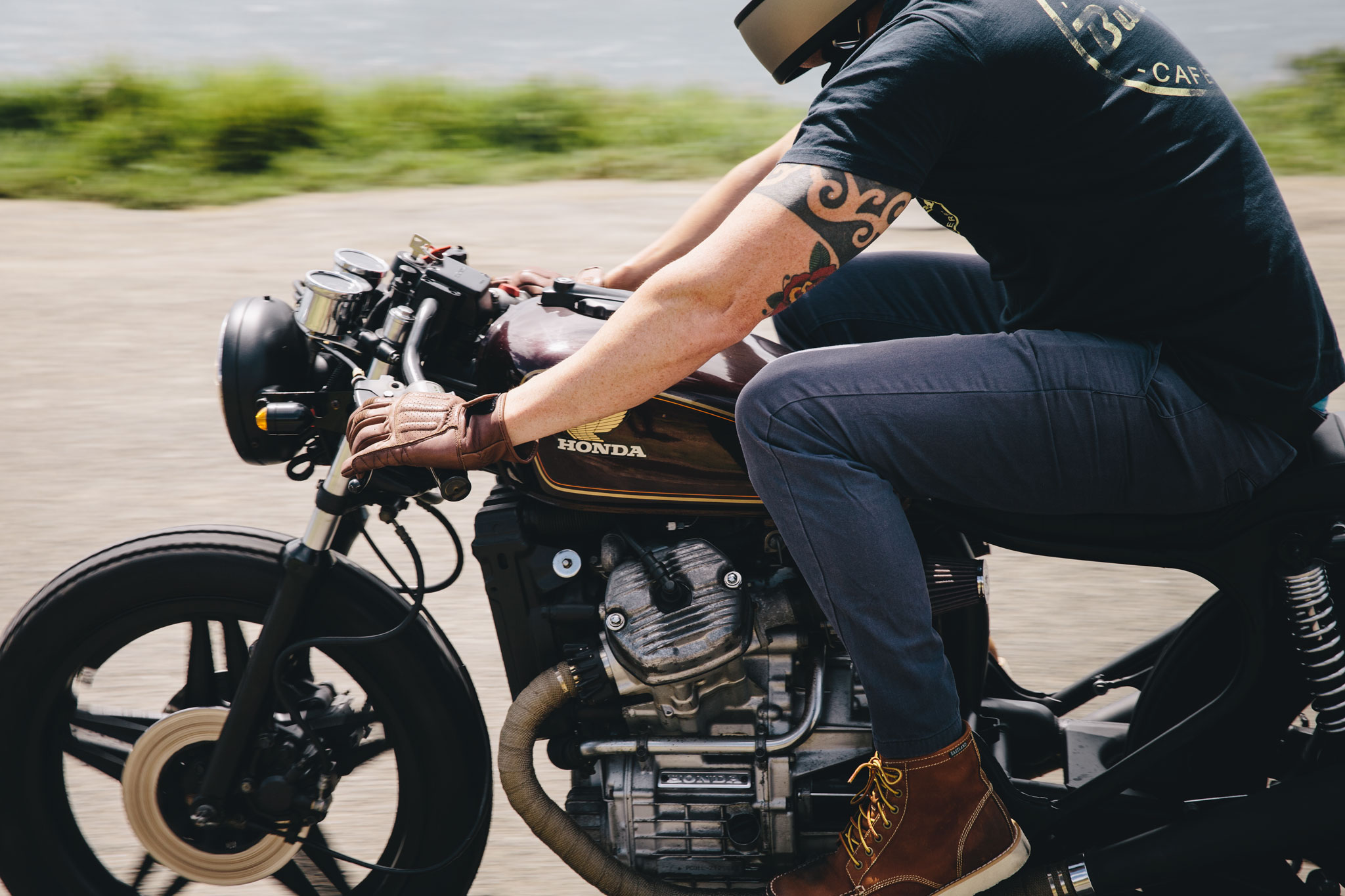