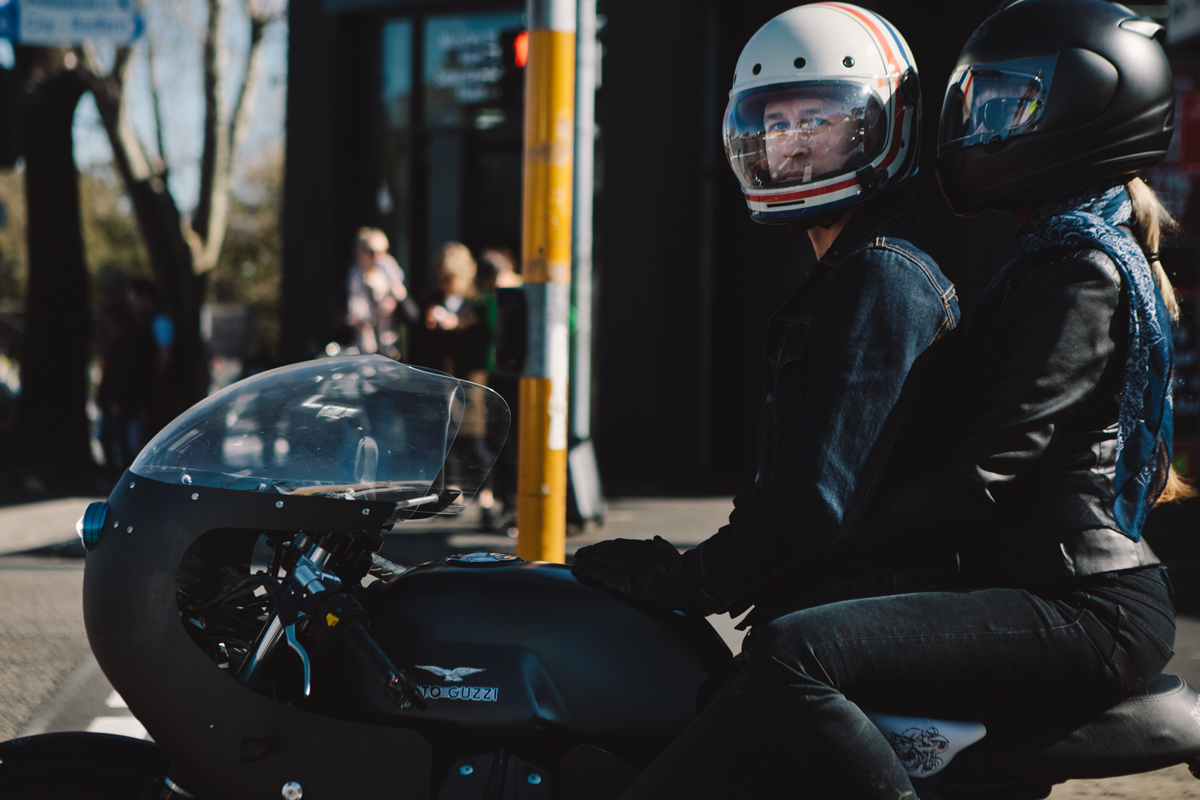 Riding motorcycles can add a lot to one’s quality of life, from working on your bike to riding it. This has been true for Brad, however he didn’t expect that this passion for motorbikes would lead him to his beautiful fiancé.

After splitting up with his partner whom he had moved to Australia with, Brad’s fortune was about to change. A chance encounter at a Sydney Café Racers event would be the catalyst. “It was there that I ran into Kristi-Anna. When we met she was wearing a shirt that said, “My other ride has tits”. I told her that I could be those tits.”

While most blokes would’ve received a slap at such a proposition, Kristi and Brad hit it off and sure enough their second date was the Festival of Ton in 2013 a few weeks later. “Everyone made fun of me for being the tool in a sports coat at a piss-up.” 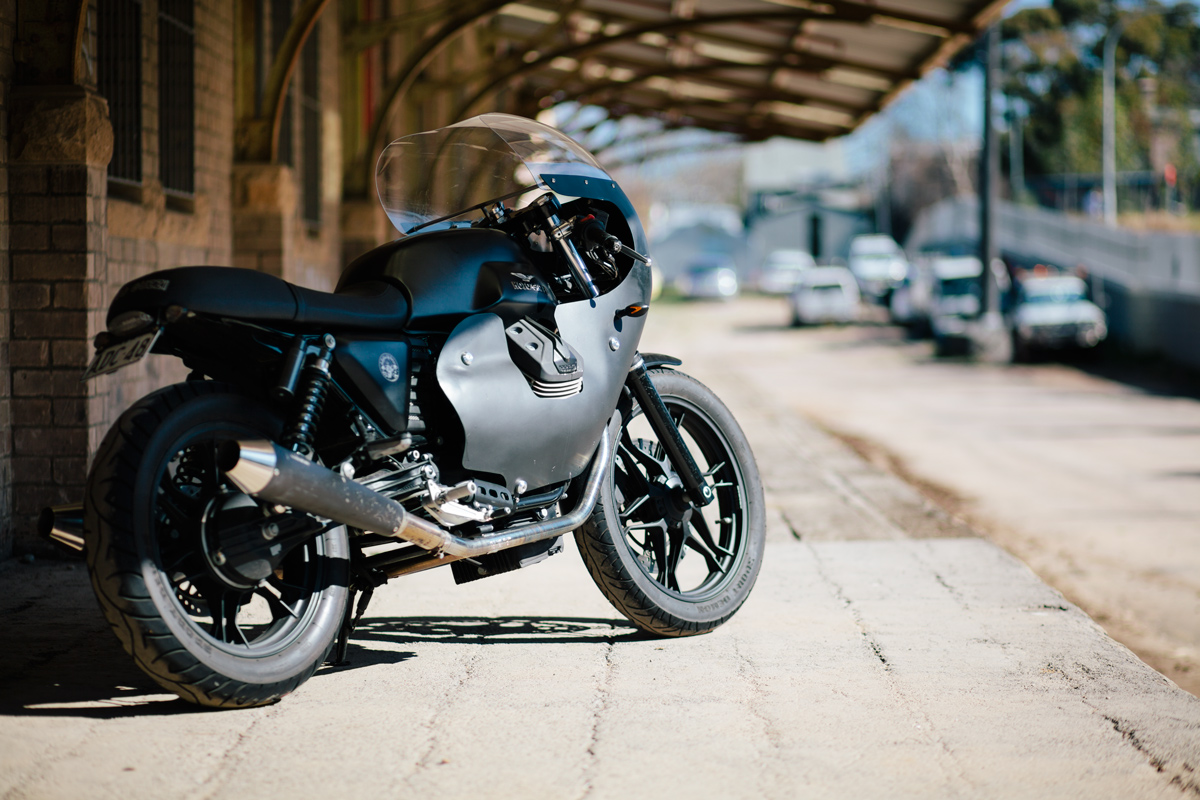 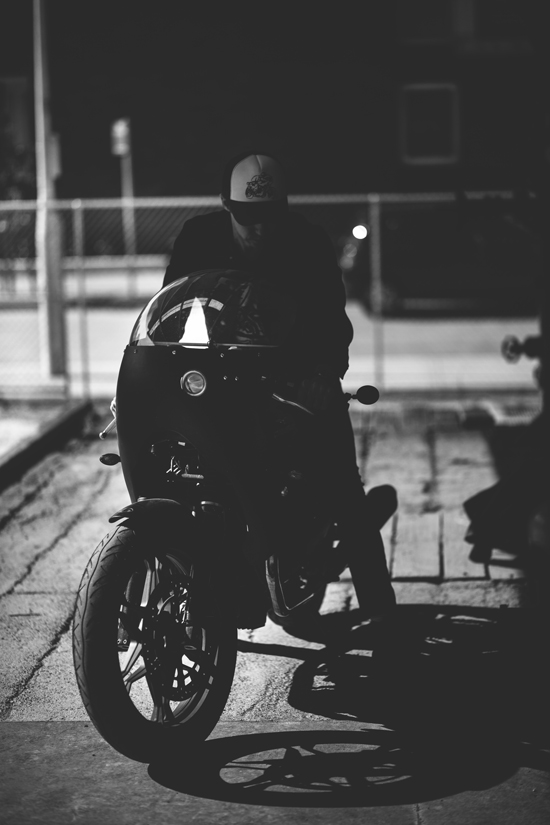 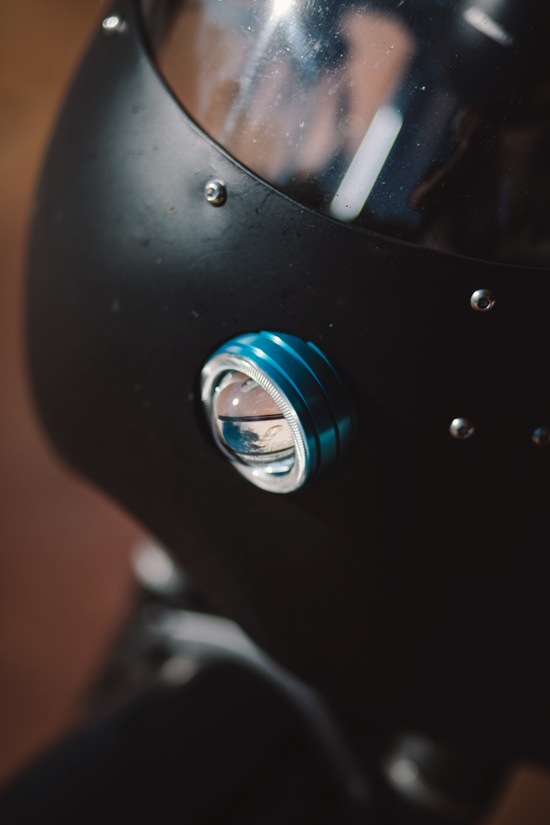 Rather than riding through the desert on a horse with no name, Brad happens to ride through the city on a bike with no name “There is no name for this build. Often if you caress a bike enough – tickle its nuts – it whispers you its name… yeah well, this Guzzi is my daily rider. Sometimes I love it. Sometimes it pisses me off. Rather than keep it too practical I did all the standard Cafè Racer mods – clip-ons, rear sets, open pipes, sensor mods. I then added the handcrafted fairing because no one I know has one of those and it makes long rides with my fiancé more comfortable.”

Brad and Kristi try to get out of town a couple of times a month on the bike, though Kristi does her fair share of pillion riding as well as solo riding, owning a Honda CT110 Postie bike herself.

Some bikes are filled with gremlins, and even the most thorough care and work can still come undone down the road. But then there’s human error, all of which we are guilty of, particularly when it comes to working on bikes. 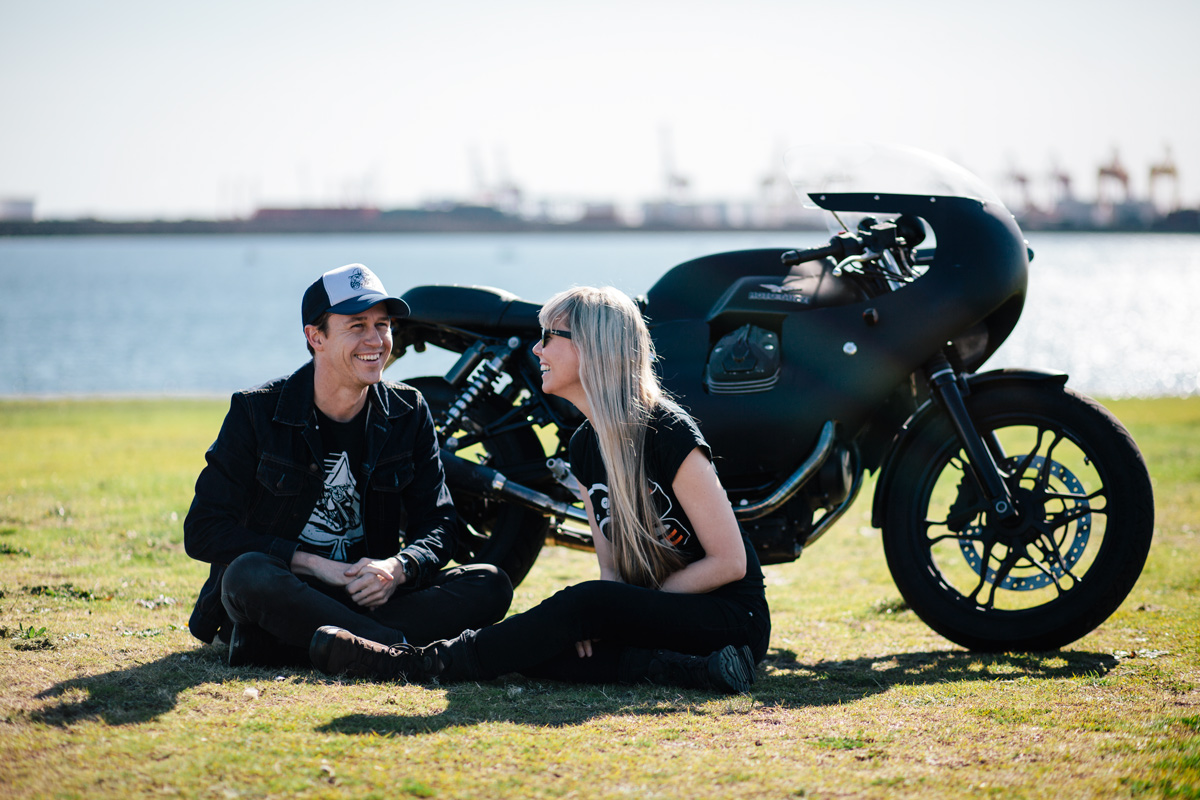 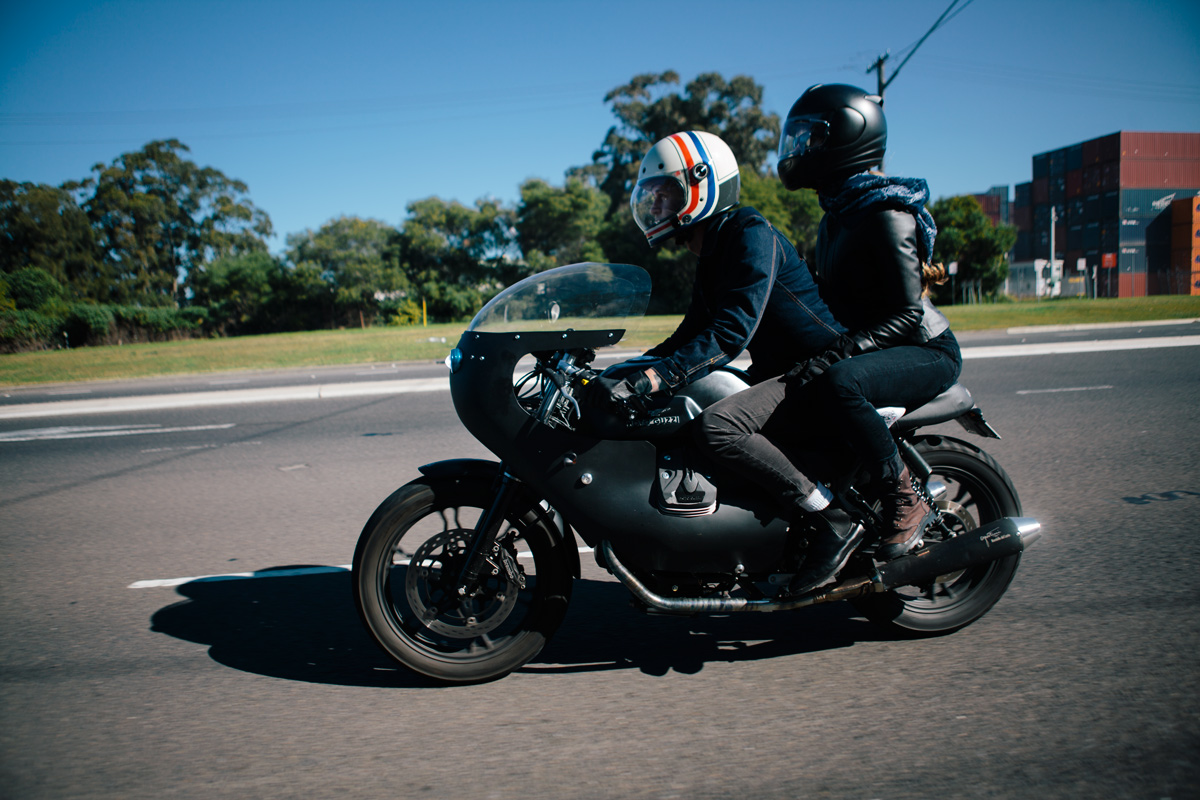 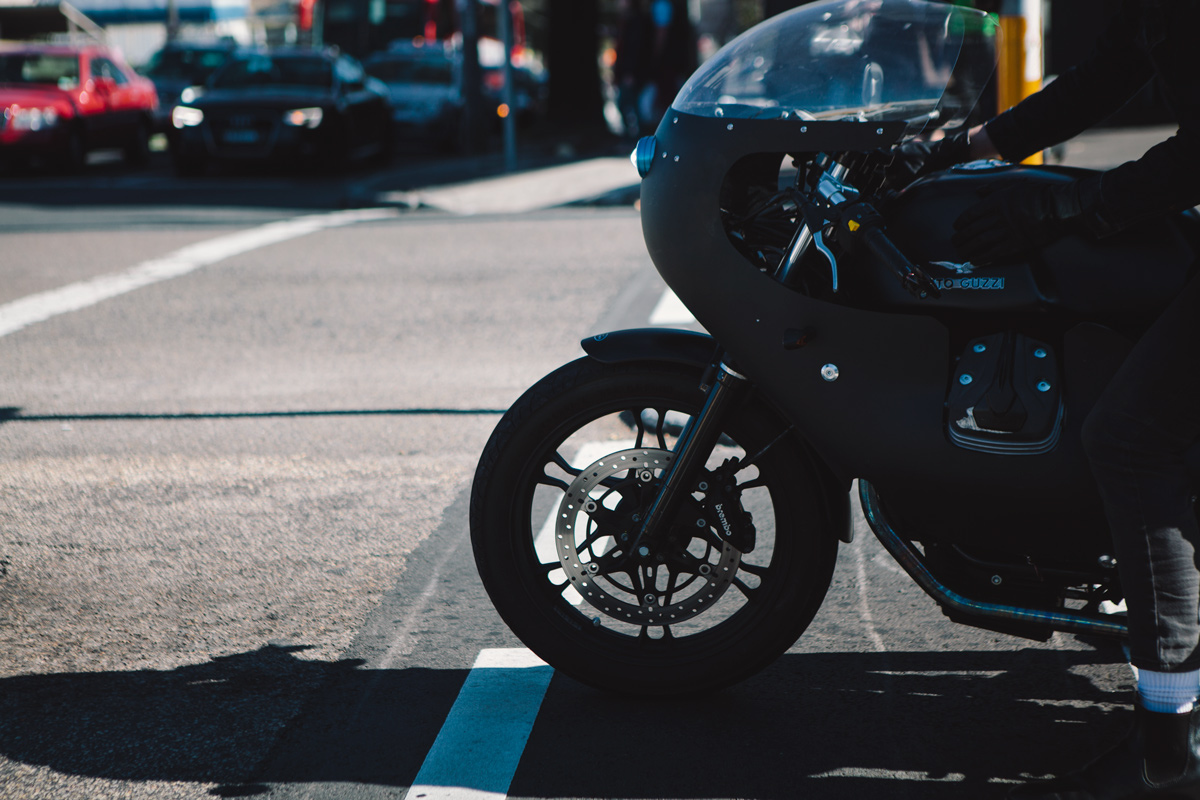 “The most difficult parts were the riding issues caused by my mistakes.
When I put the rear sets on I didn’t tighten everything properly. Clicking up through the gears on the M2 the left step fell off. I then learned to love Loctite.

Or there was the time where Kristi and I ran out of fuel on the highway because I couldn’t get the Acewell gauge hooked up to the fuel sensor. Basically I misjudged the km’s we could get out of a tank of fuel. We were standing on the shoulder when a truck pulled over a few hundred meters down the road, just over the crest of a hill. We thought that the couple in the truck was there to help so we rolled the bike towards them. As we approached we saw the guy at the passenger door thrusting, and his partner’s legs up in the air. Seems they didn’t even notice us and had pulled over for a root. I then learned to love the “trip-ometer” for measuring fuel.”

“The best thing about new bikes is you don’t have to do a ton of engine mods to make them rad. Just a couple things to improve air flow and fuel mix then its all about sorting the handling and looks.”

– Removal of anything chrome 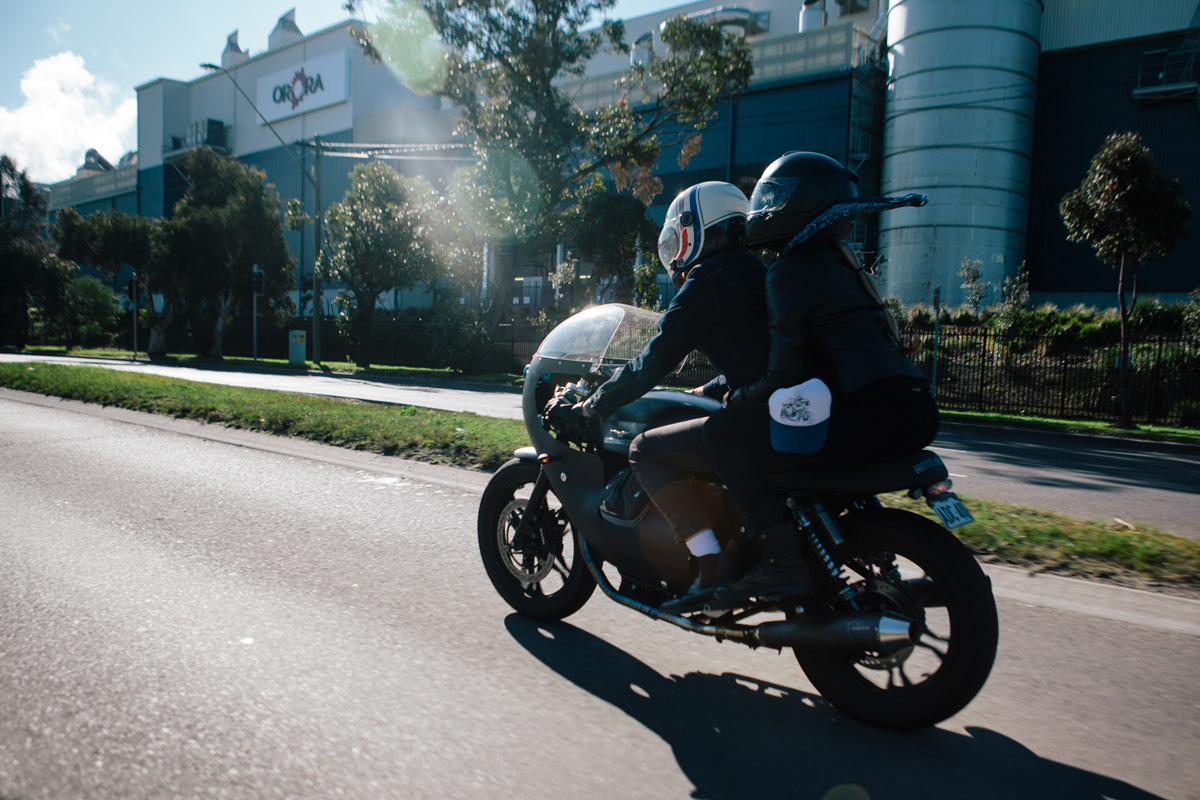 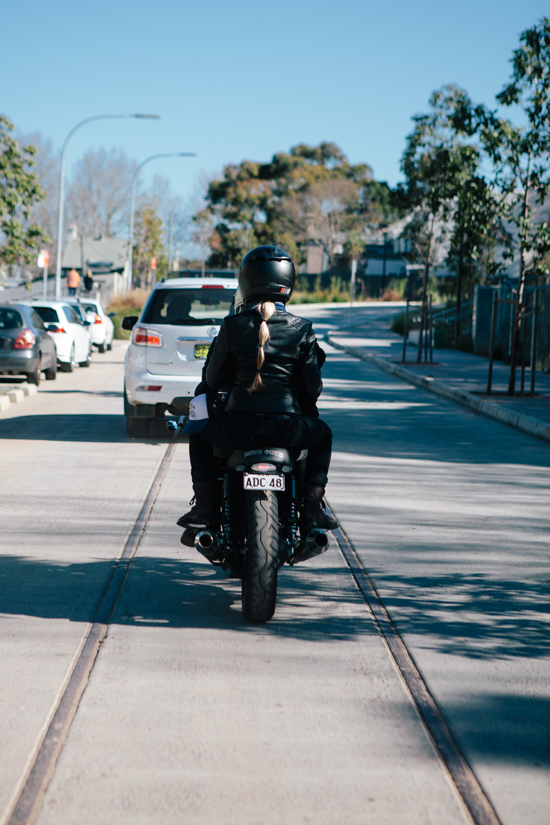 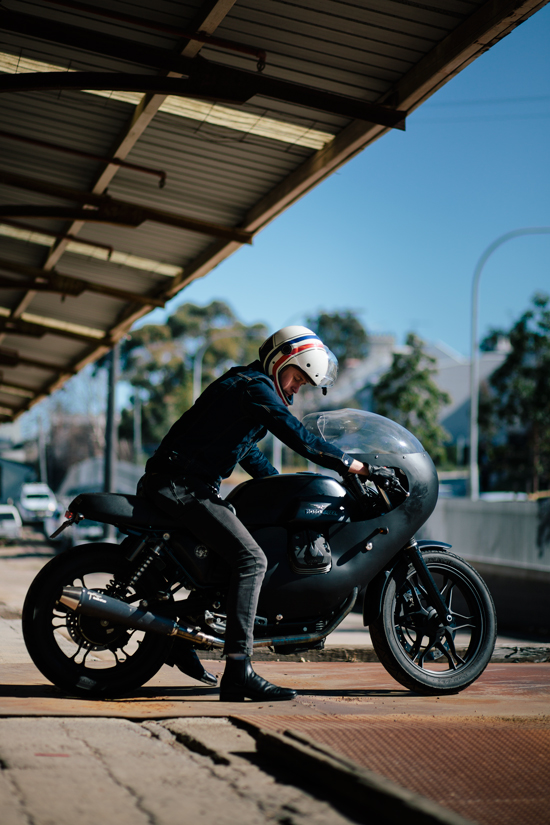 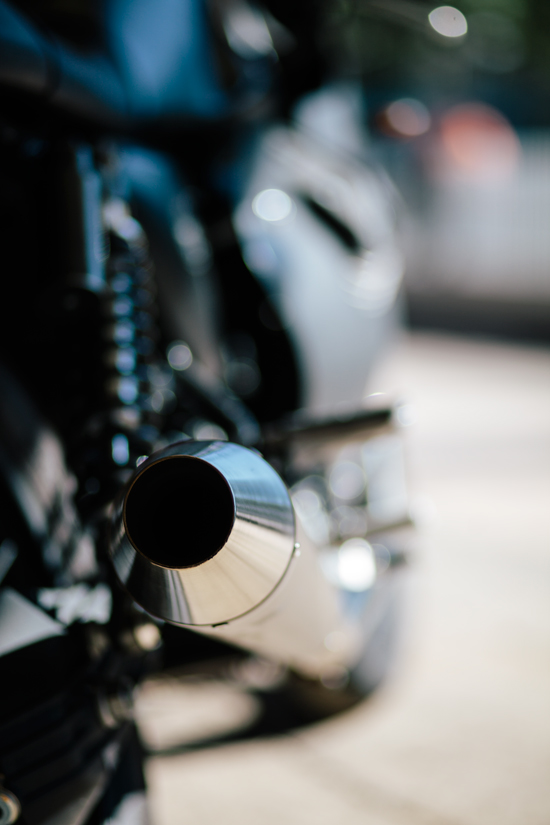 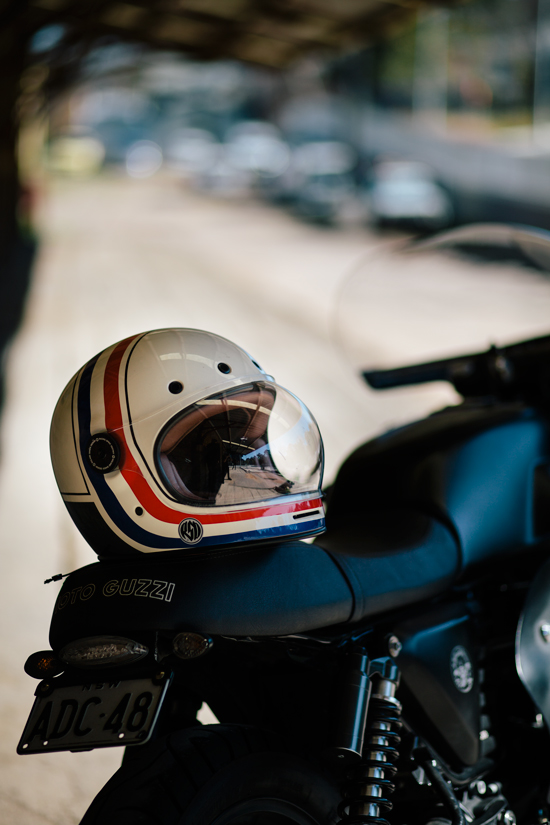 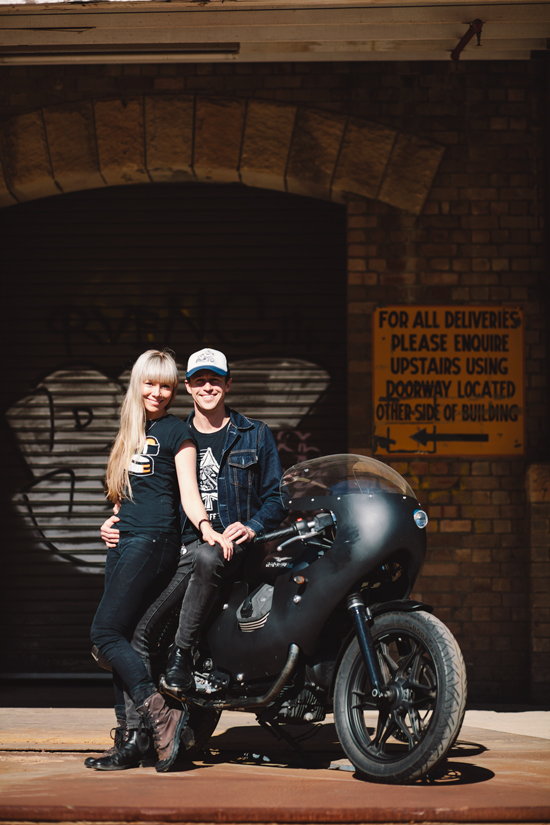 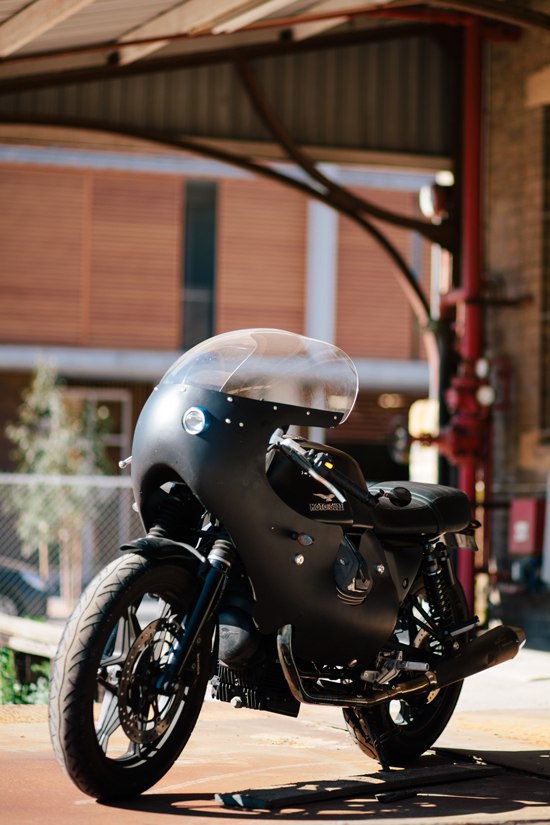 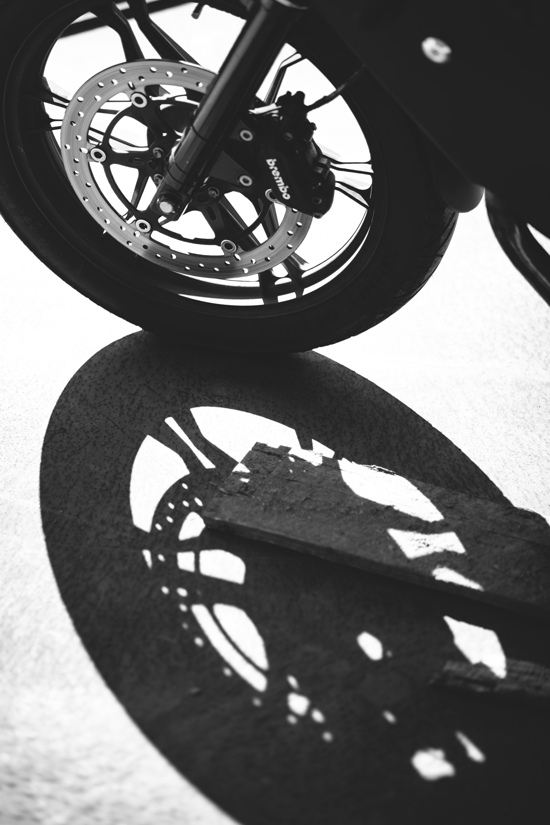 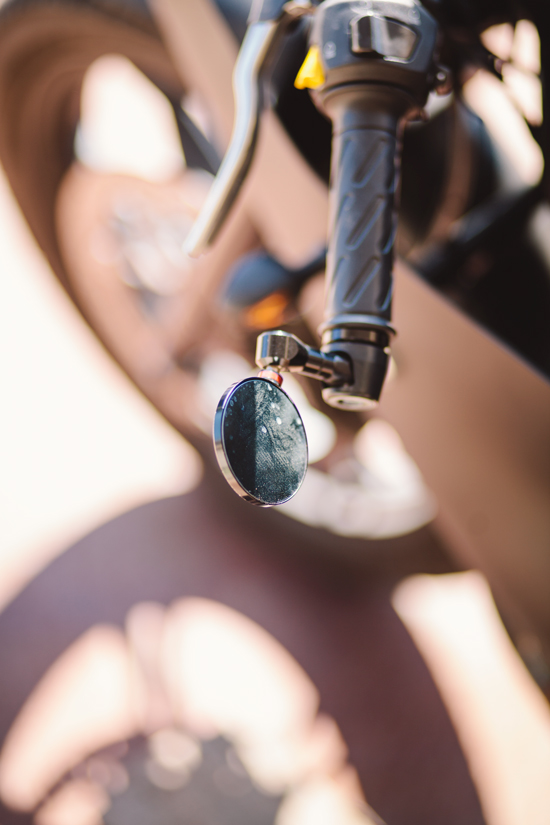 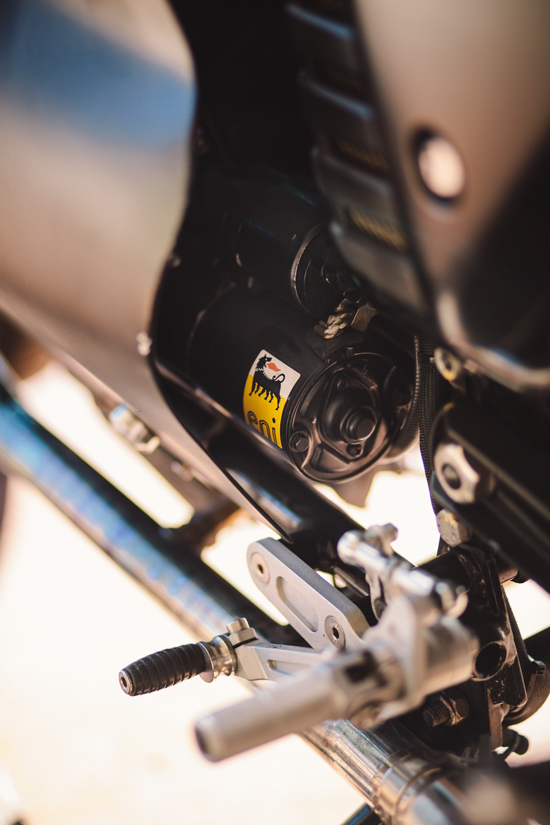 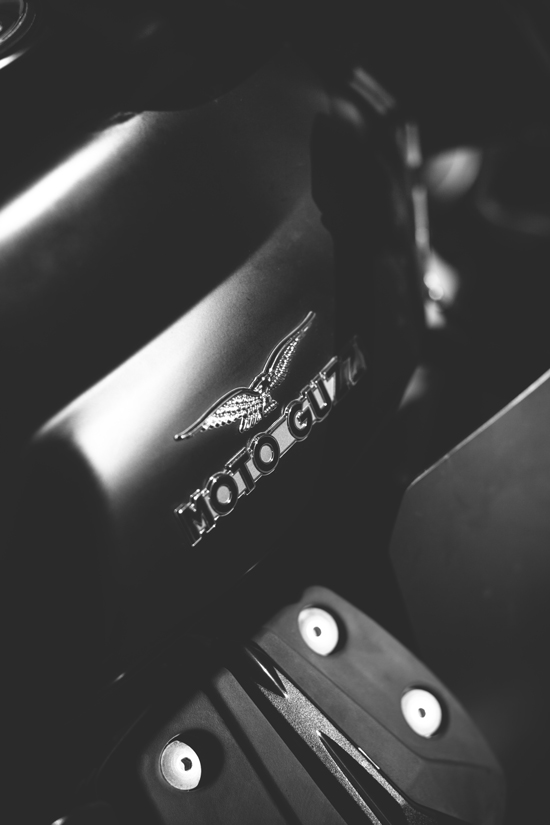 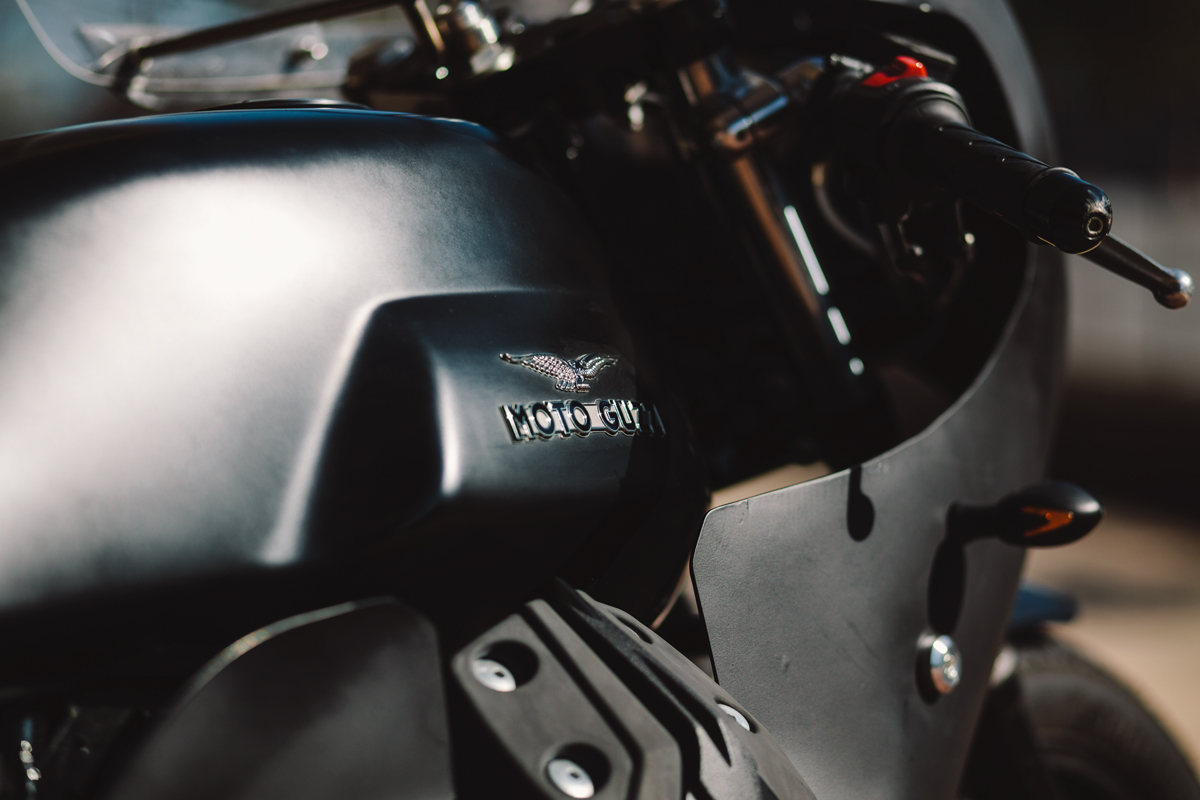 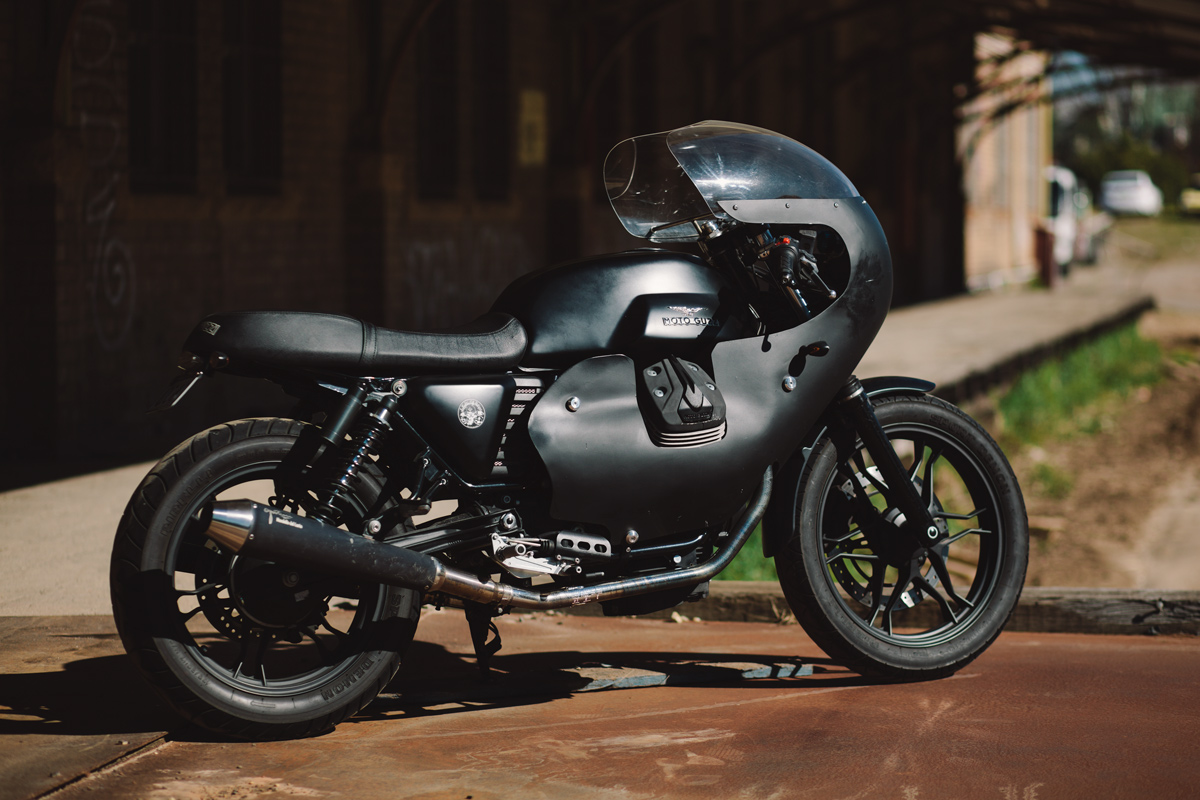 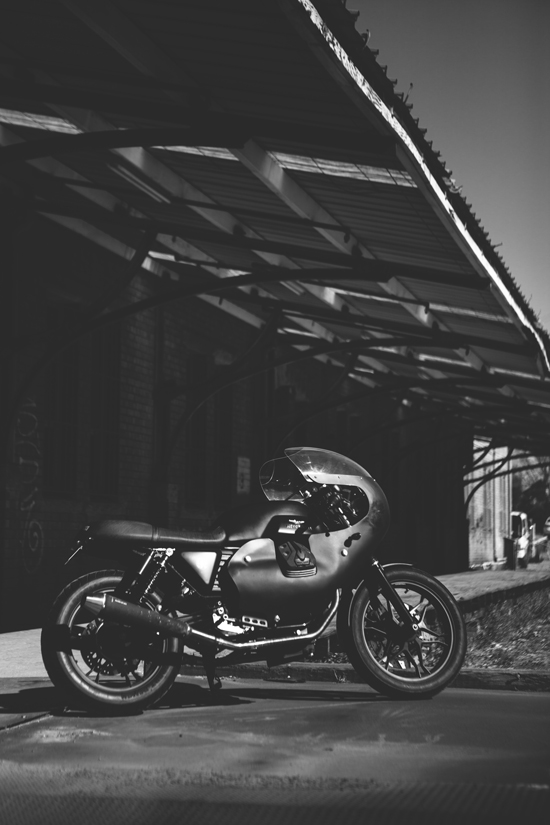 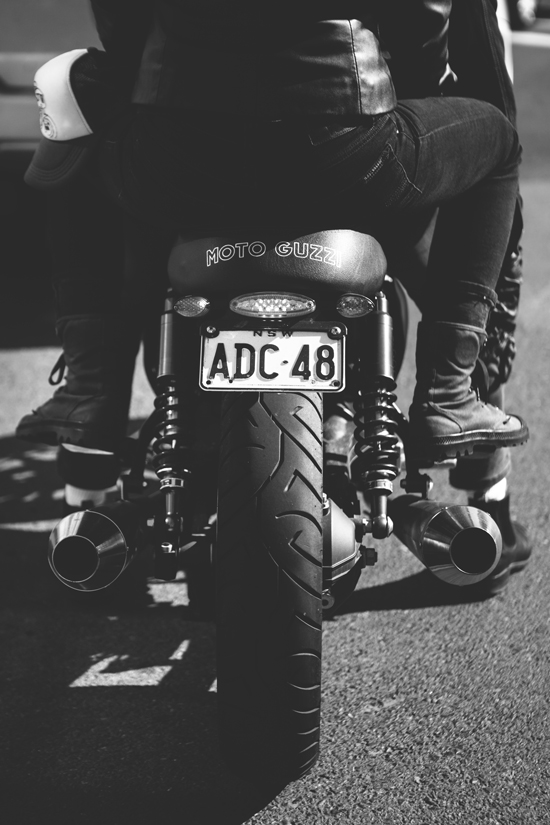 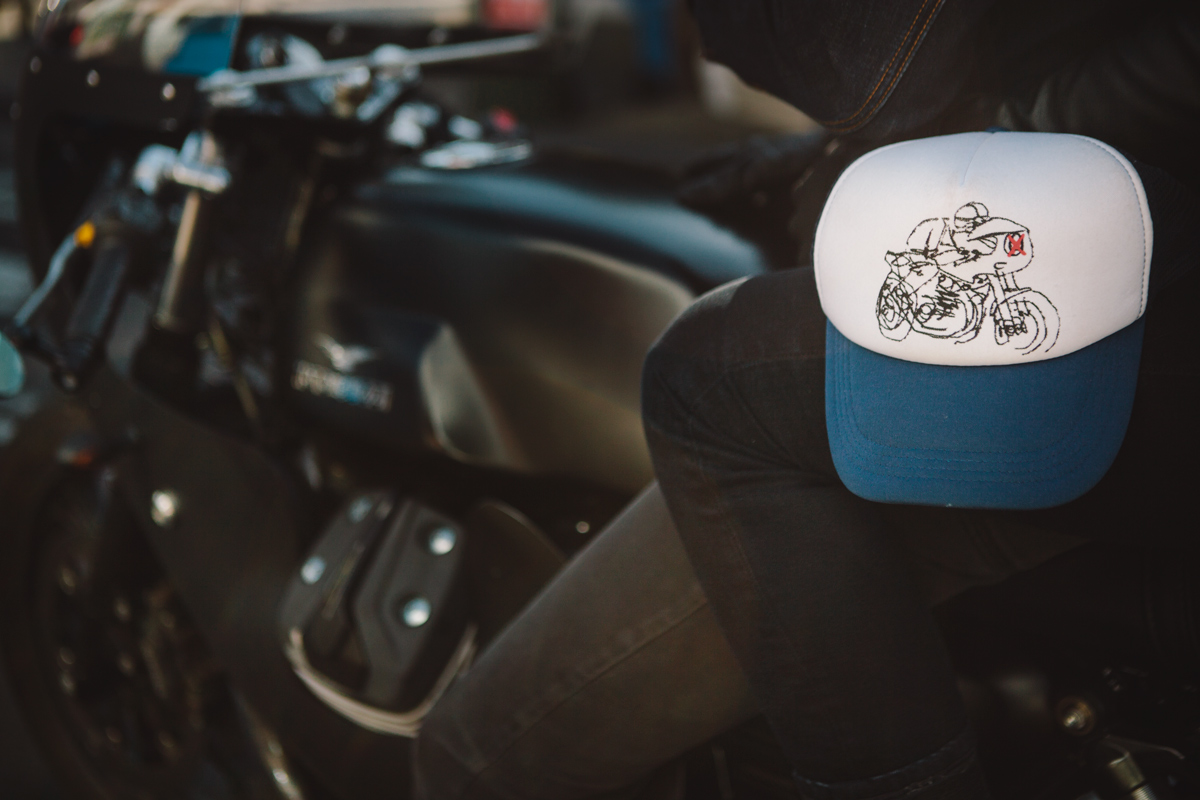 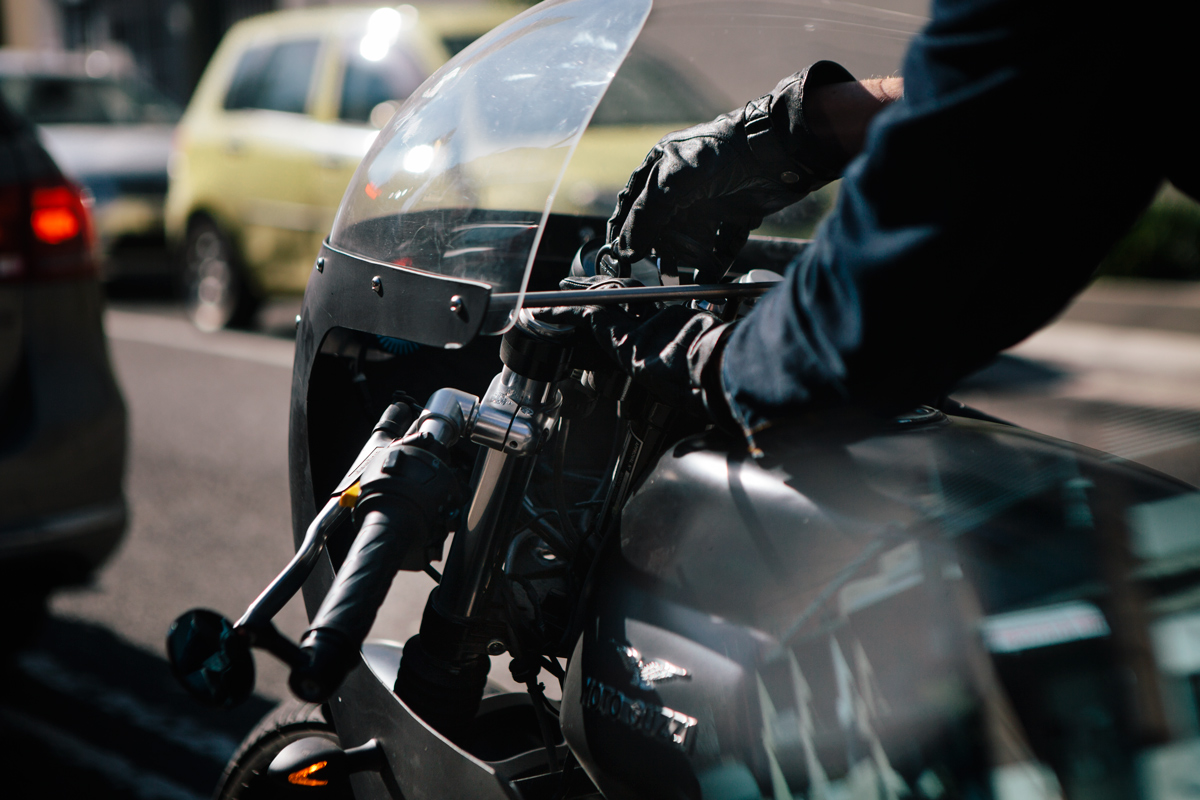 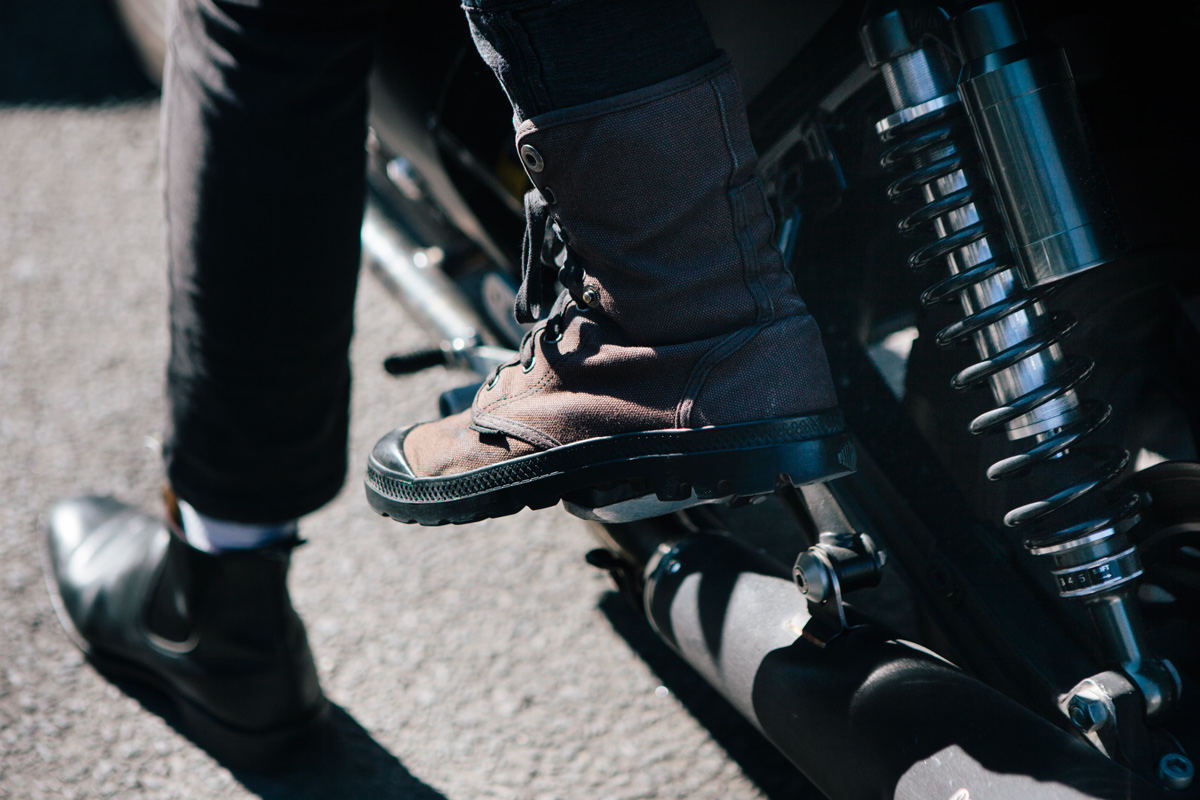