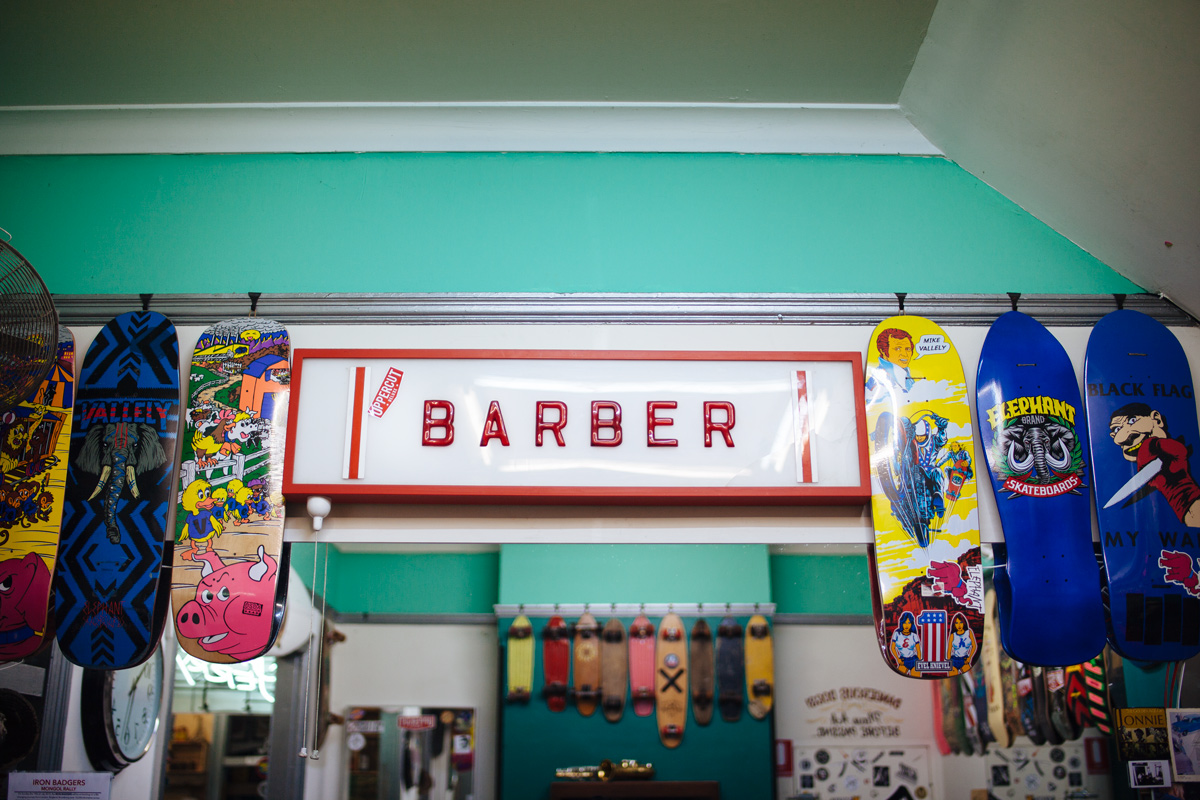 Having a shit hair day? Say no more. We’ve found just the place to sort that mess out. Neatly placed on a sunny street in Redfern, there sits a place called Hair by Tommy J. The character this barbershop has, combined with the quality of cut and shave Tommy and his team provide will clearly show and the success he’s achieved since opening is by no means a mistake.

Opening the shop on the 1st of Decemember, 2009, Tommy had simple intentions; be a little Redfern barbershop. This humble beginning wasn’t to last however, as 5 years later Tommy is now the Australian ambassador for Upper Cut grooming products and tours with international barbers whilst having the time of his life. 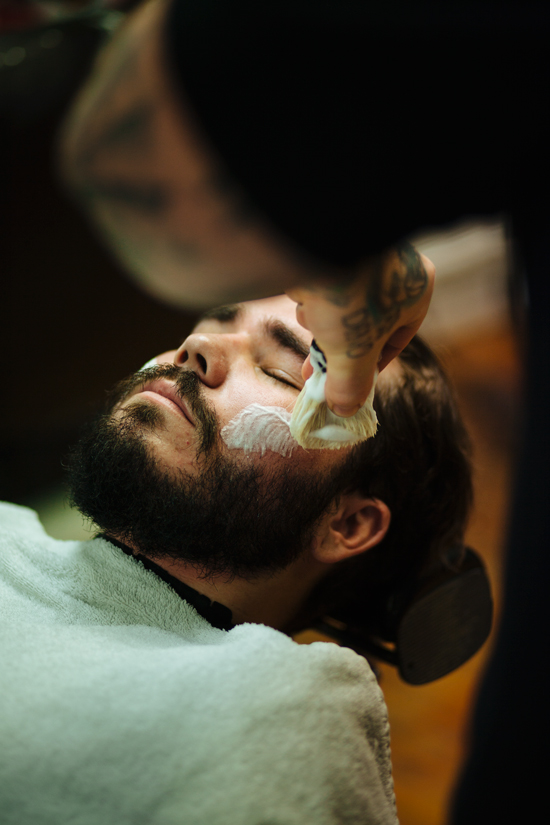 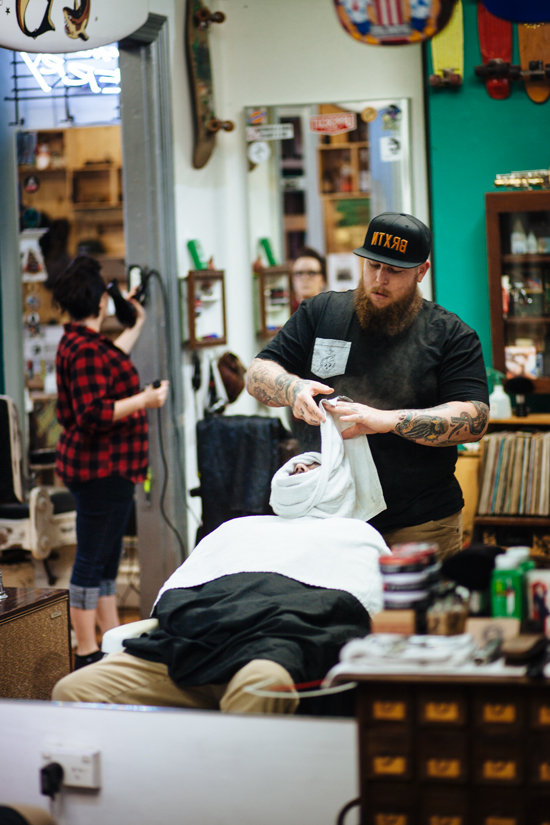 Success is never a mistake however, Tommy admits he first started cutting hair when he was 14 after losing a bet back in Byron Bay. I’m not sure if you could still count that as losing a bet, looking at where Tommy is today and what he’s created. “The thing that always interested me about cutting hair was there was always going to be a creative side to it. It was a trade and a crafts men-ship, and I always wanted to do something that I could past down.”

I asked Tommy about his aim for the business, and received a perfectly simple response, “The aim of me being a barber and my business is to cut hair…” No nonsense. This sincerity is perhaps why Tommy has gotten to where he is today after opening 5 years ago with no delusions of grandeur. No bullshit, all cards are on the table. Many of the techniques and styles you’ll find at Tommy’s are very much old school, with a ton of paraphernalia lining the walls cherry picked from just about every decade of the last century. But there’s also modern techniques and styling used, which form together seamlessly in a perfect balance. Authentic, traditional; but no sacrifices for quality. 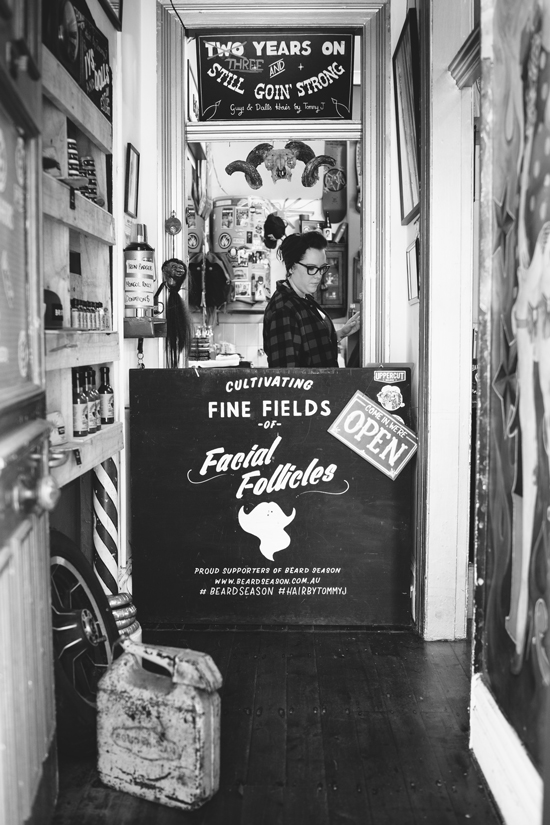 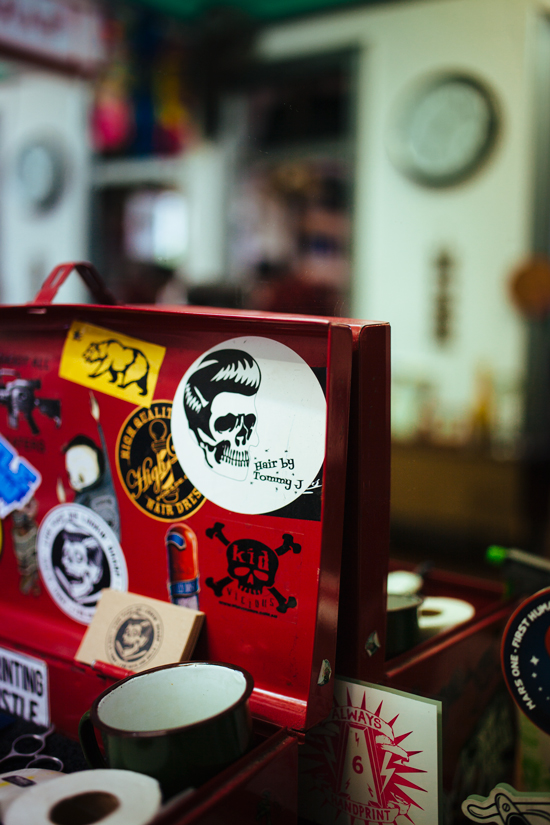 No stranger to the motorcycle scene, Tommy is also passionate about riding and working on bikes. Riding since he was about 12, his first bike was a DT175 he learned to ride on out the back of Tamworth on a country farm. These days he’s upgraded, owning a 1988 Harley-Davidson Sportster that’s been racked out, chopped up and customised by the lads at Smiths Concepts. He also has his daily, which is a Yamaha SR250 he’s taken on as his own project, customising to his own flavour, along with a bit of help from the boys at Deus Customs.

“The past 5 years have been such a learning curve for myself and to say that I can put an exact destination or that I can definitely say I know where it is going is too difficult. This business has always grown in such an organic way; I’m more excited for where it is going to take me and what it has in store for my clients.

If I could leave you with some final words, it would be Live Fast and Die Looking Sharp” 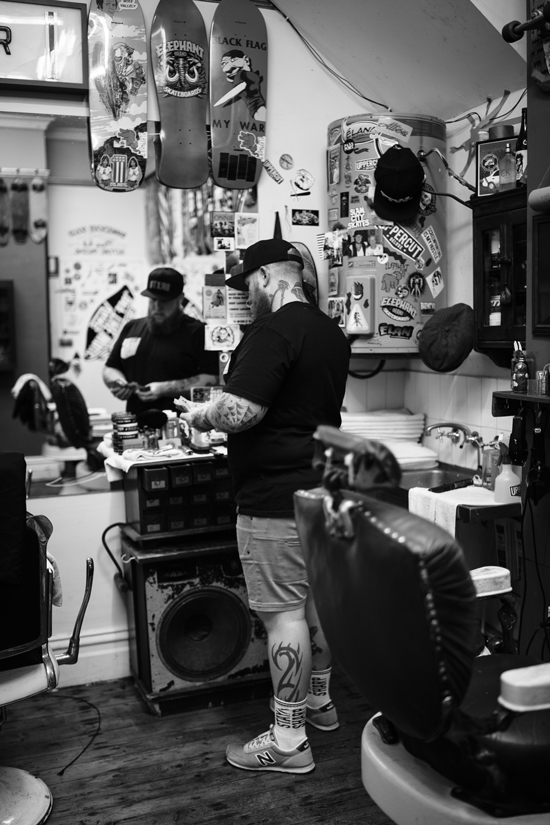 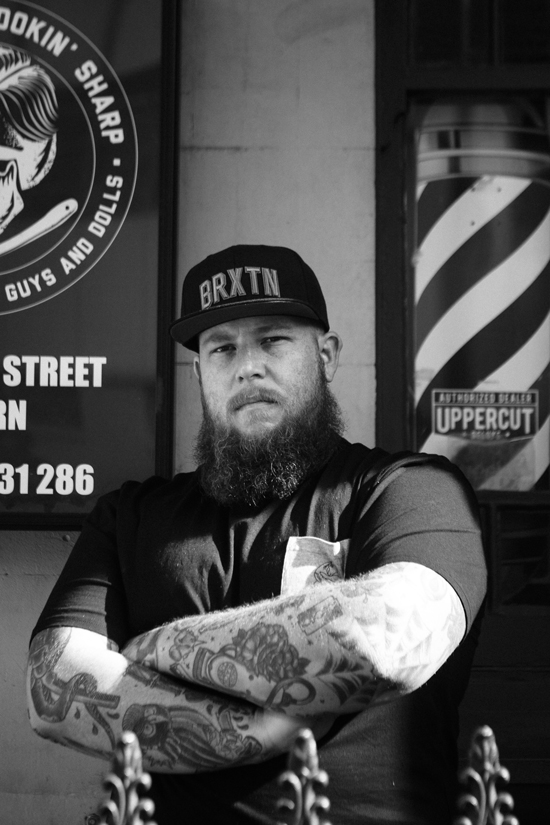 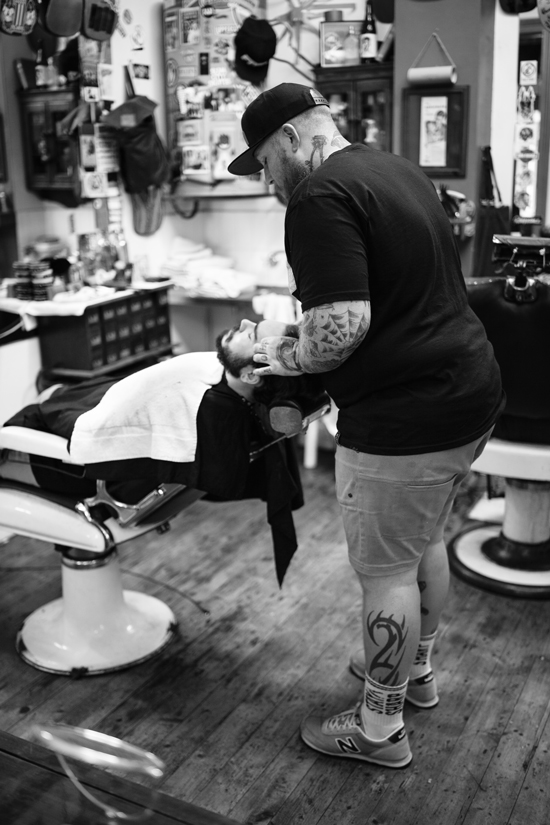 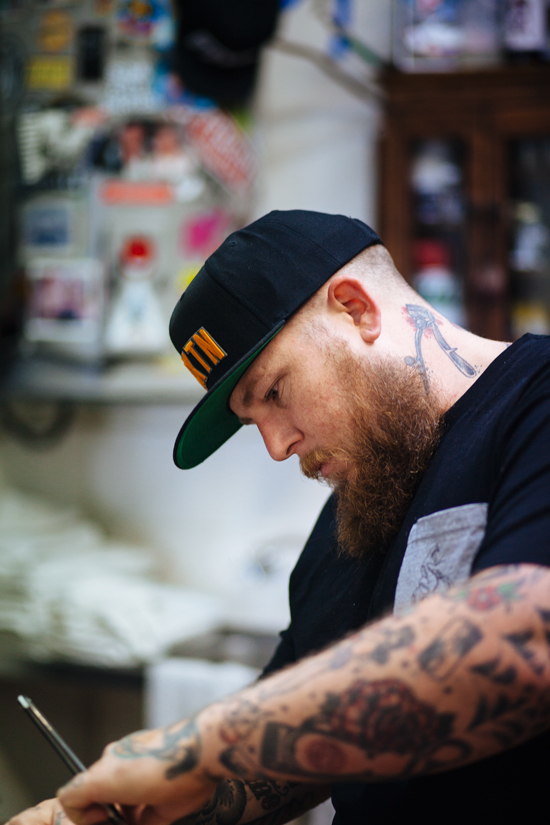 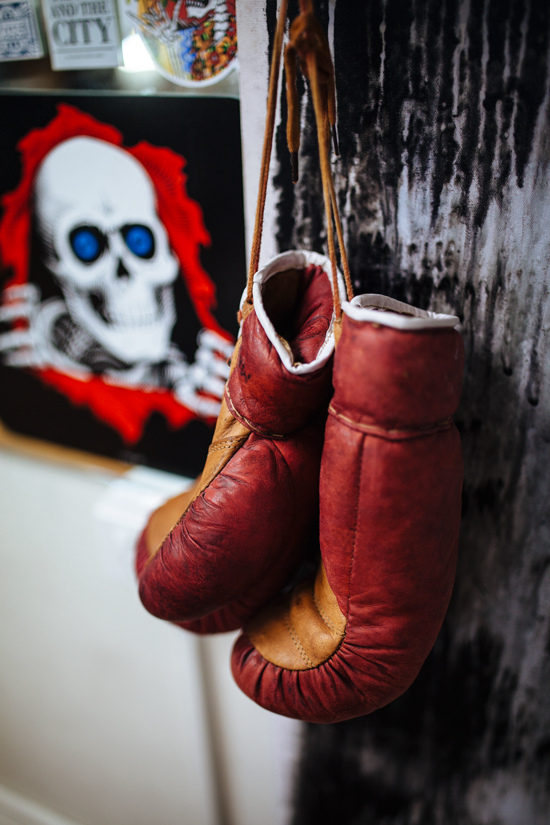