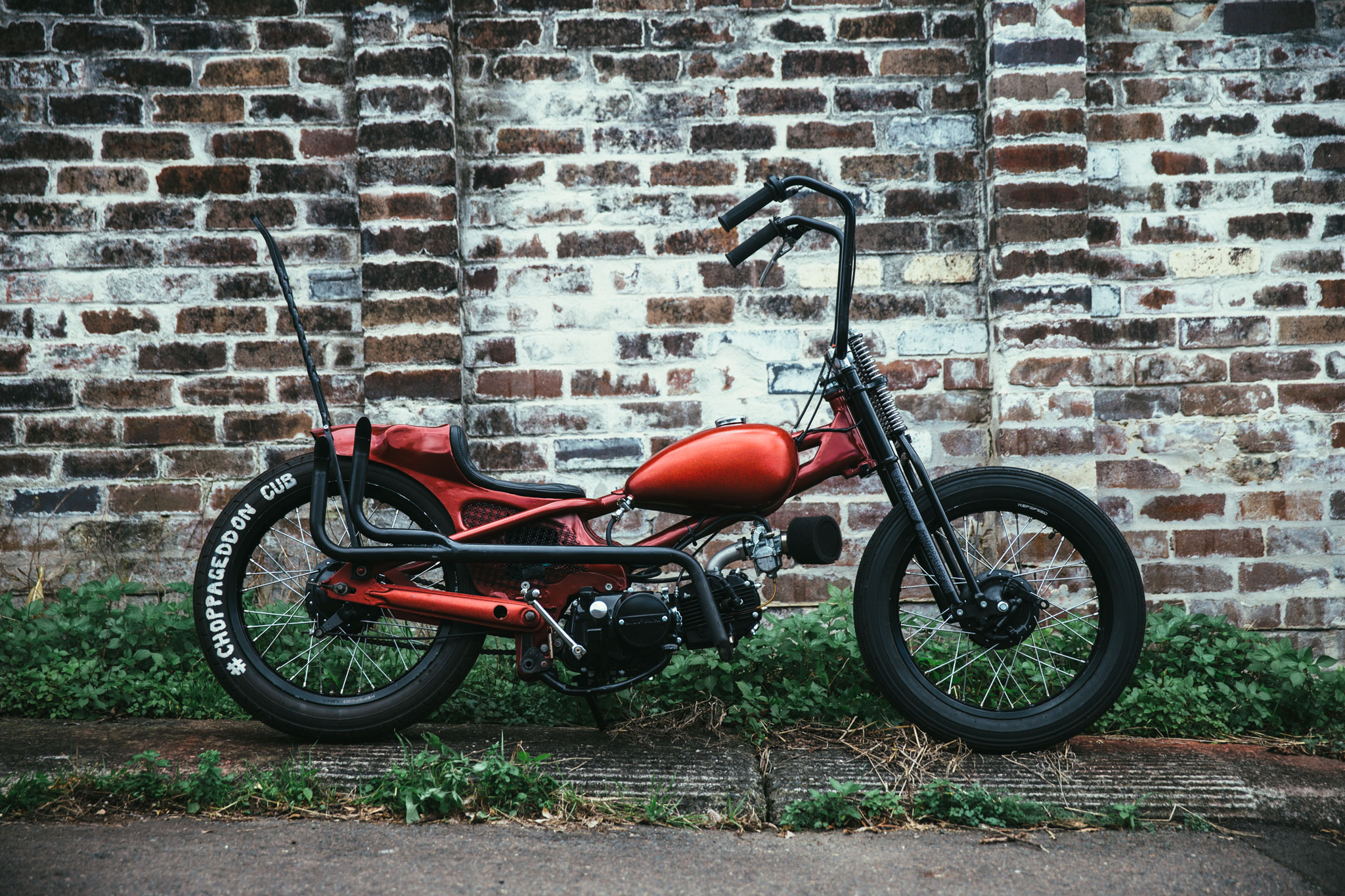 Let’s say that the world is ending, and if the media is to be believed (it isn’t) that day will be soon. In celebration of this end of times, here’s a rude little machine that will no doubt be the ride of choice for one of the riders of the apocalypse. Or maybe it’s just a really rad little build made by Troy.

Whatever blows your hair back. 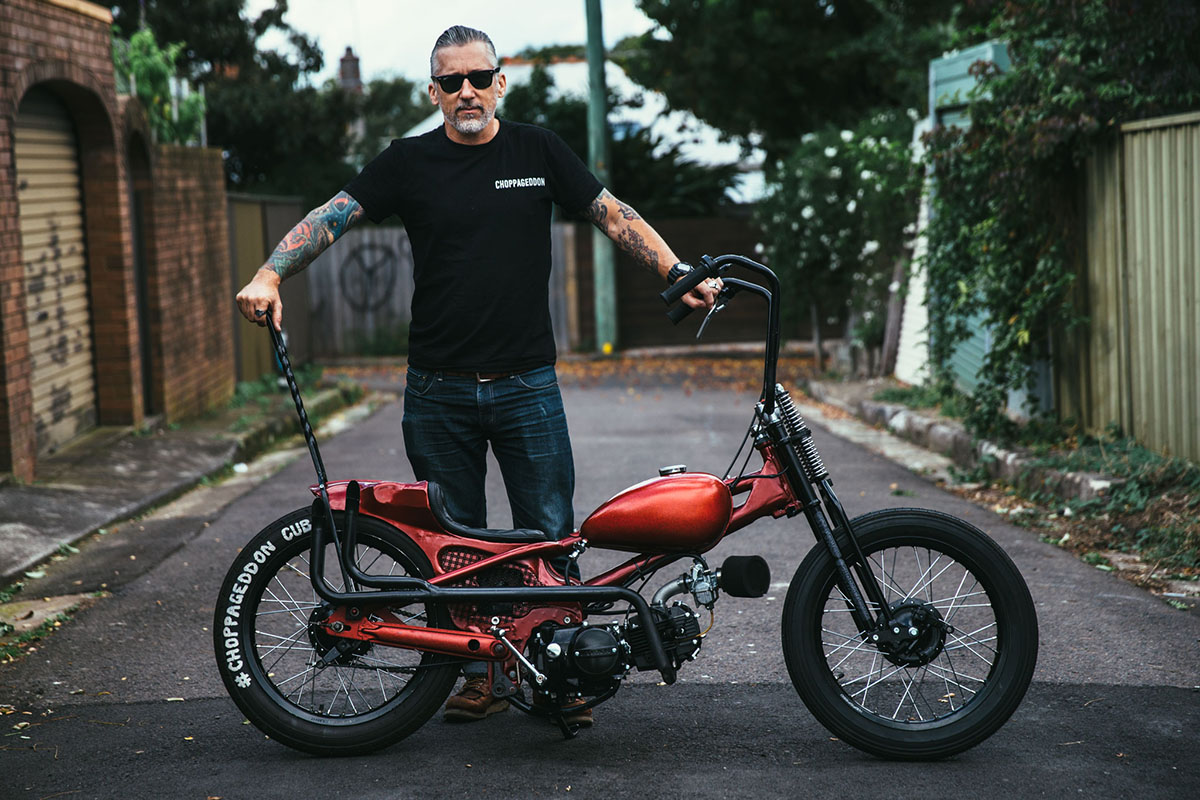 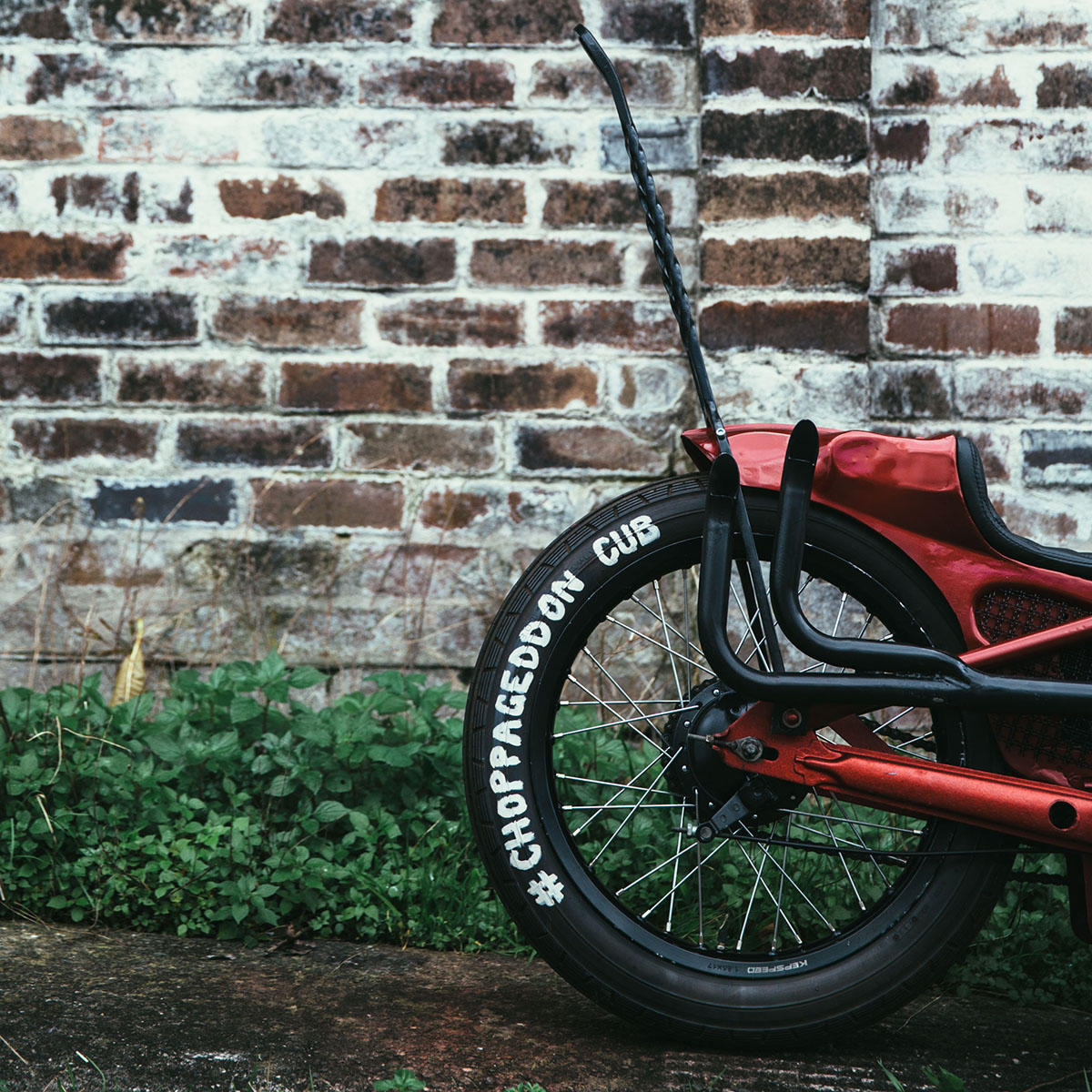 After seeing a ton of Honda Cub builds over in Indonesia, inspiration and naughty ideas soon filled Troy’s pretty little head. There’s plenty that can be done to these machines, and best of all they’re bloody affordable. So it was straight to Gumtree to pick one up for himself for a cool $300. “It was a 1980 Honda C90. I jumped on it right away and sure enough the bloke selling it ended up living 800 metres away.” 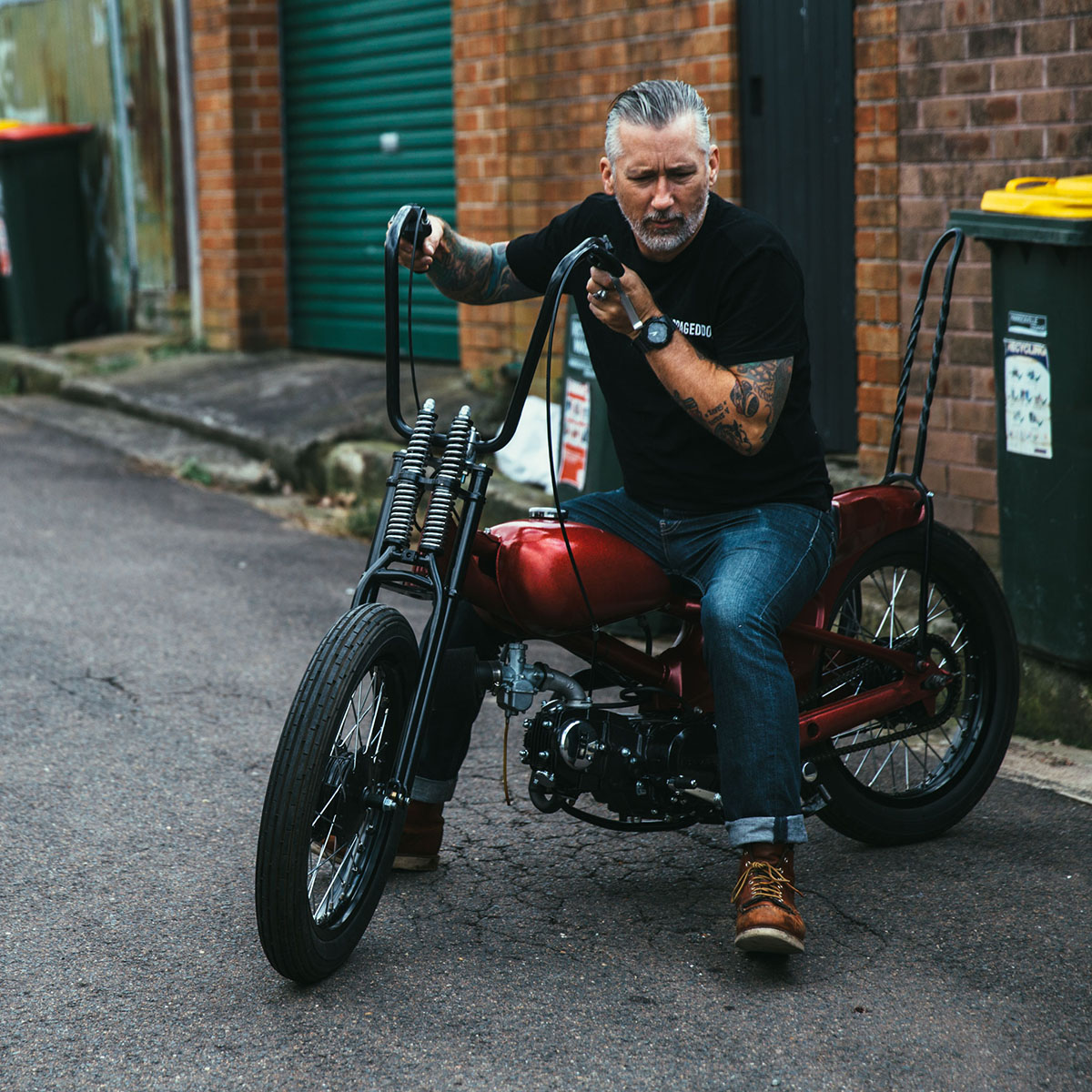 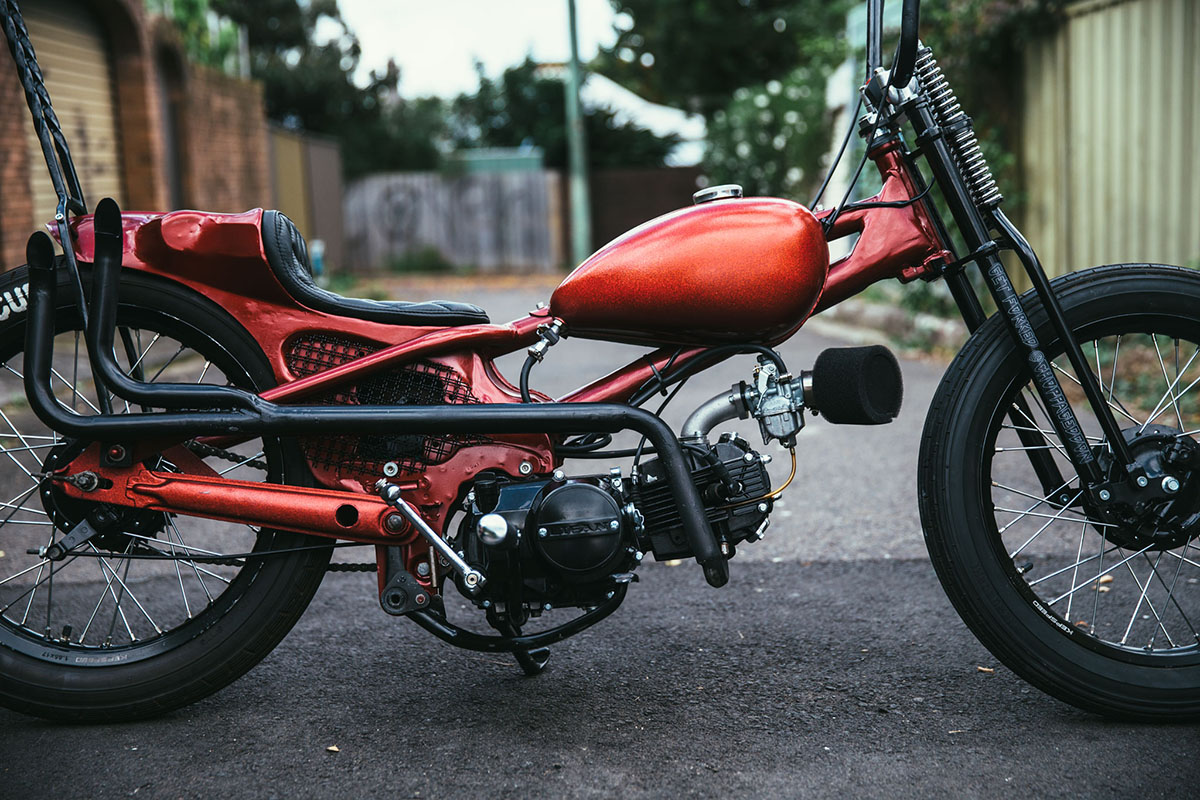 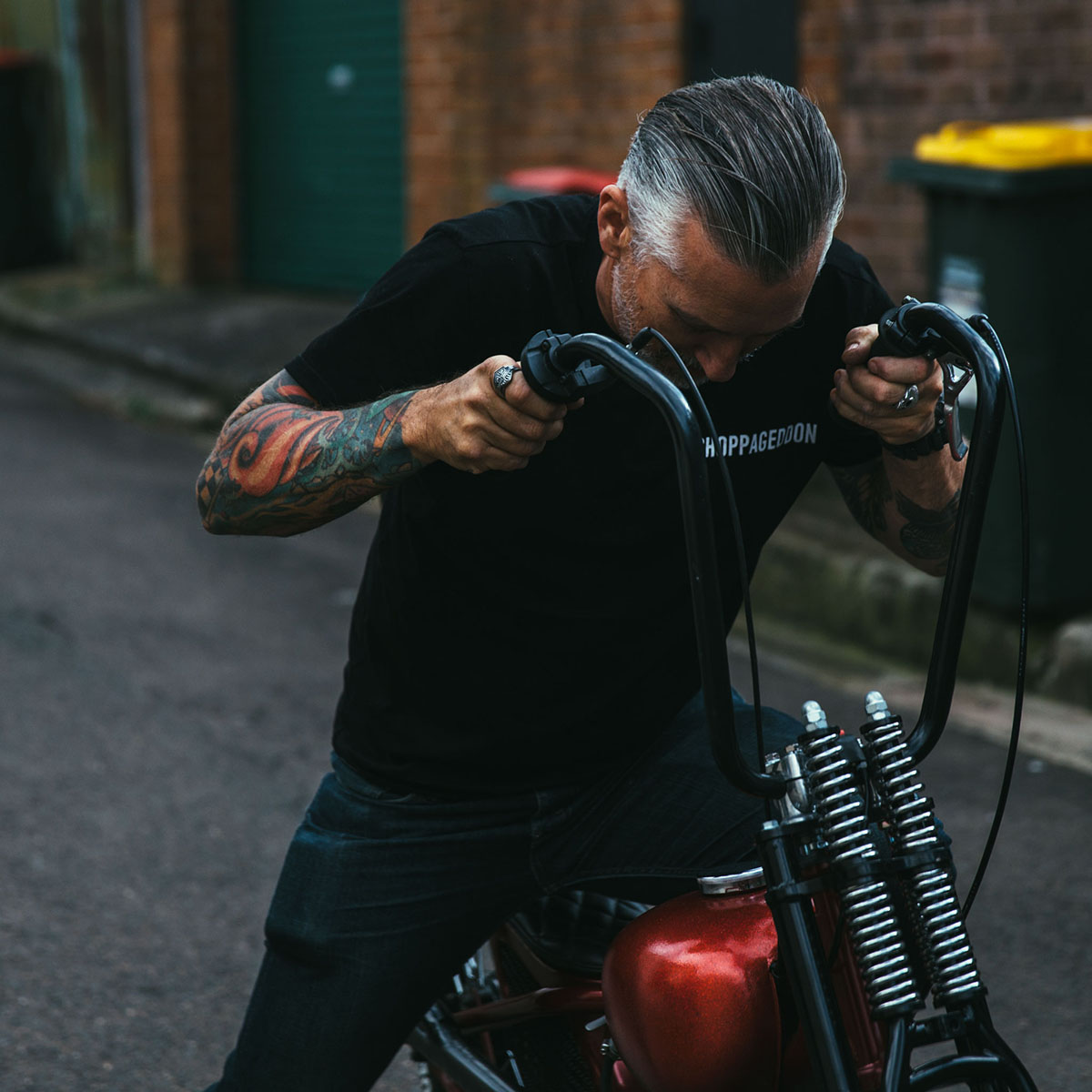 For 4 months the little bike sat in Troy’s shed, with naughty thoughts of Chopperdom consuming him. “The plan was always to build a Chopper out of it, so I stripped the whole bike down and got choppin’. I redesigned (chopped) the rear fender, wheel arch and seat pan before cutting and extending the frame by 100mm. I wanted to hardtail the bike, which meant I had to fabricate a new rear end. I also added a top bar to the frame which supported the new peanut tank I had sourced for it.” 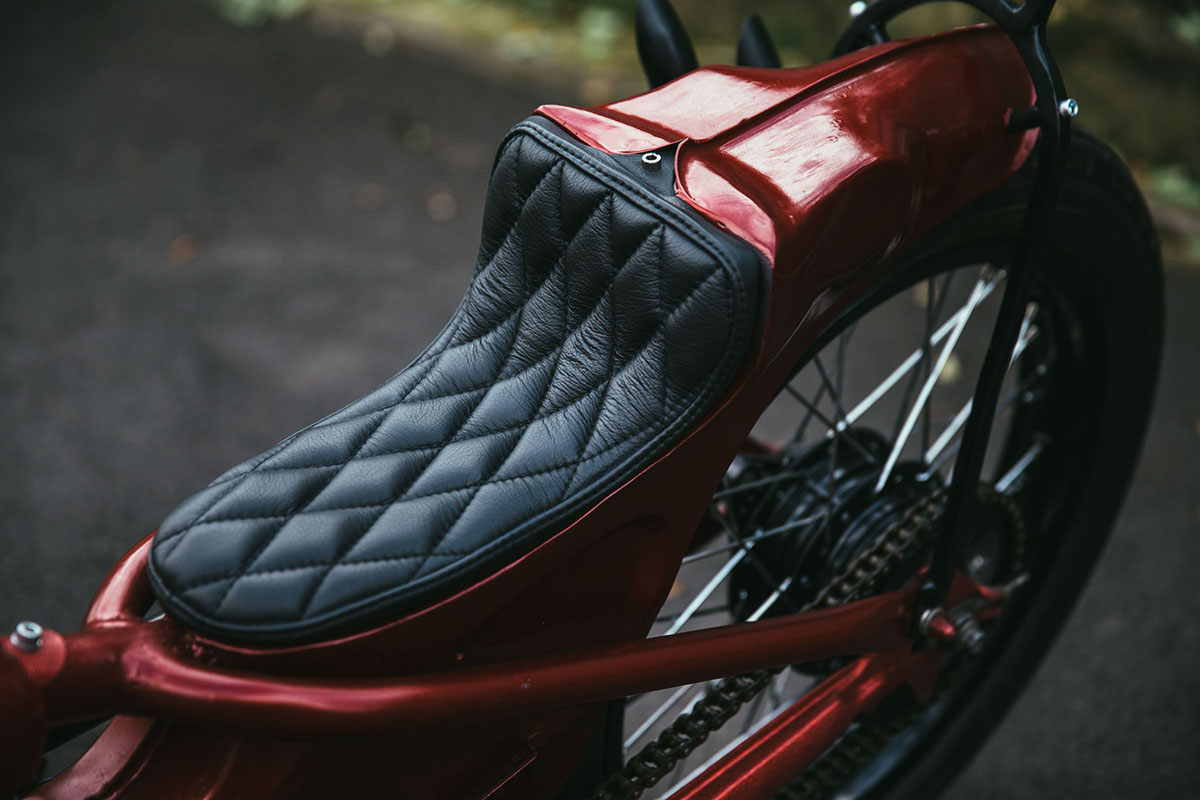 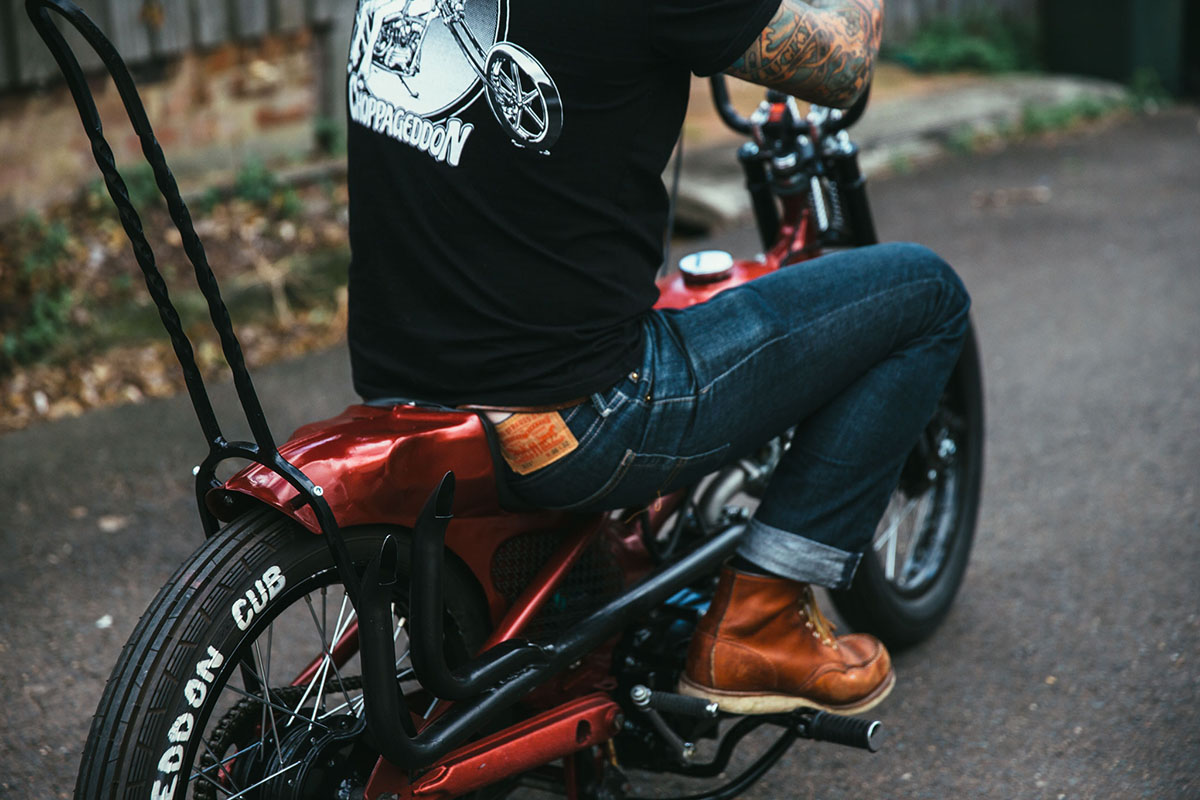 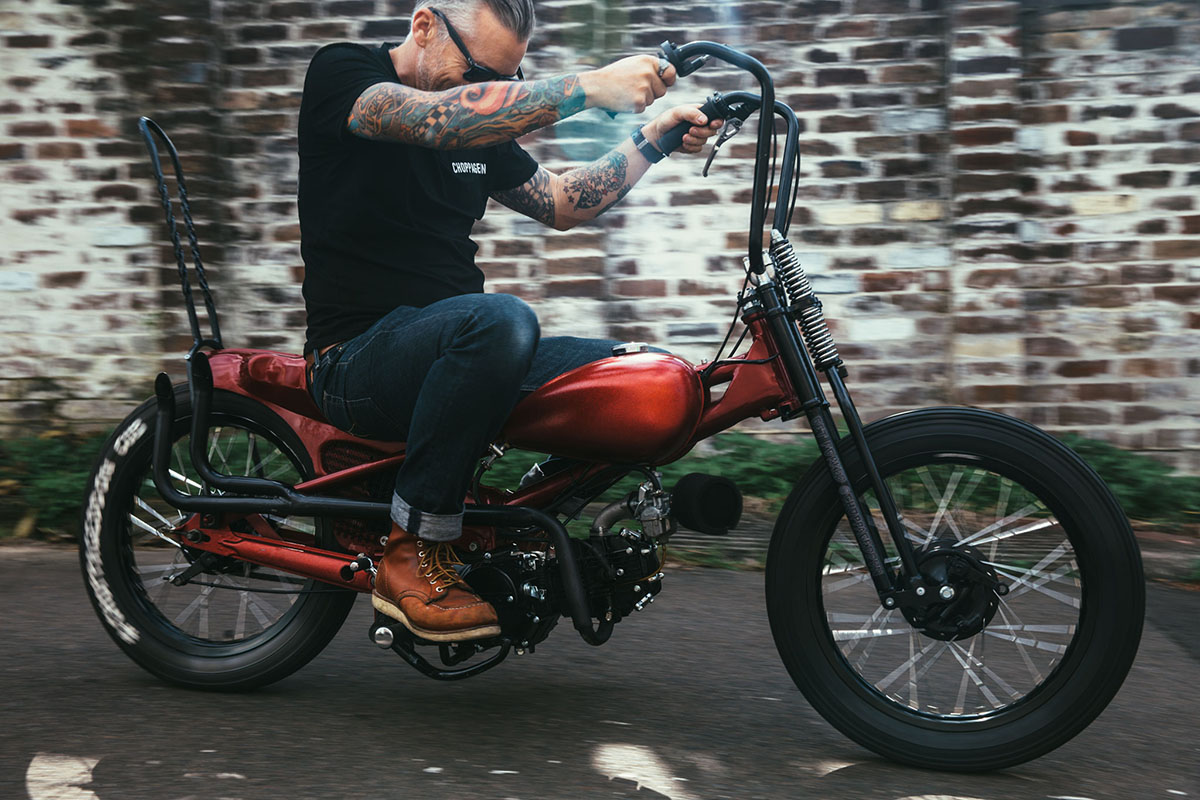 A custom sissy bar had to be fabricated, with plenty of twisted bits to help represent Troy’s twisted mind (probably). The handlebars would be forged from a mix of old Postie bars and MX bars. “I combined the two sets to create some unique ape bars for the bike. The springer front end and wheel rims were imported from Thailand, and I had to replace the old hubs onto the new rims. The old engine was chucked out and replaced with a nice new 125cc RMW engine.” 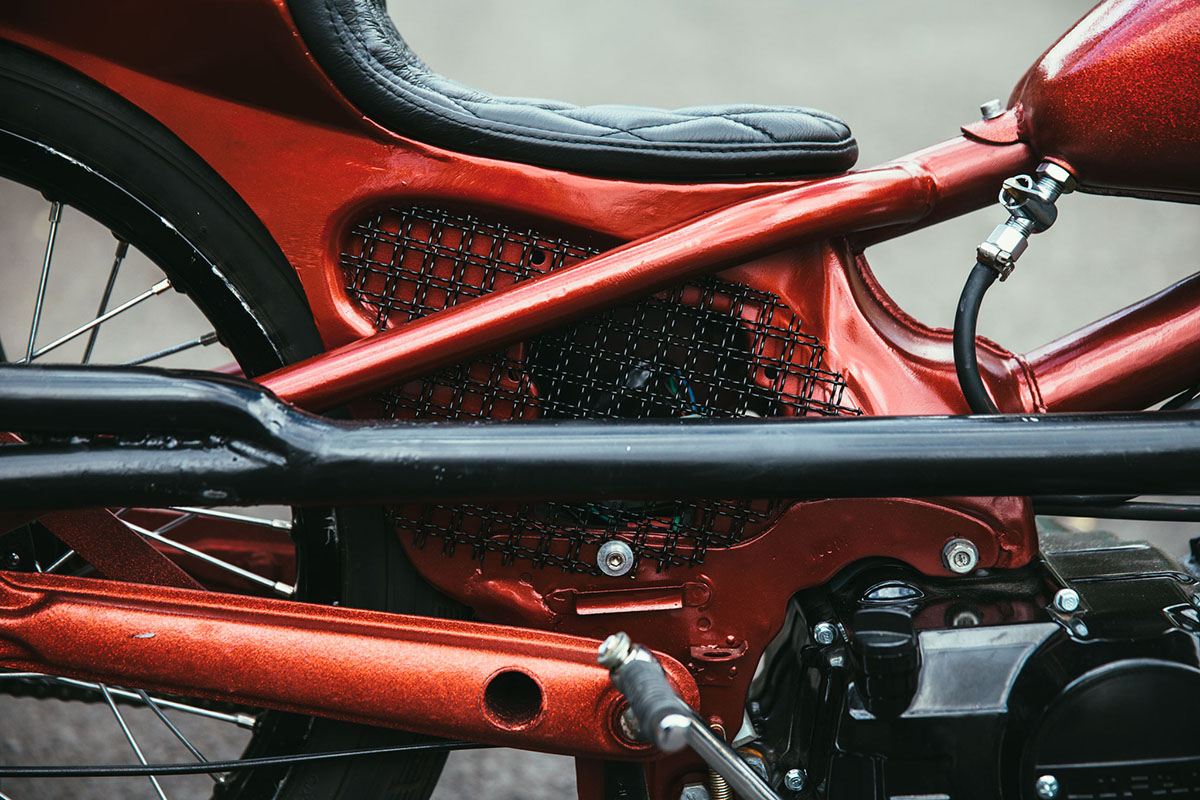 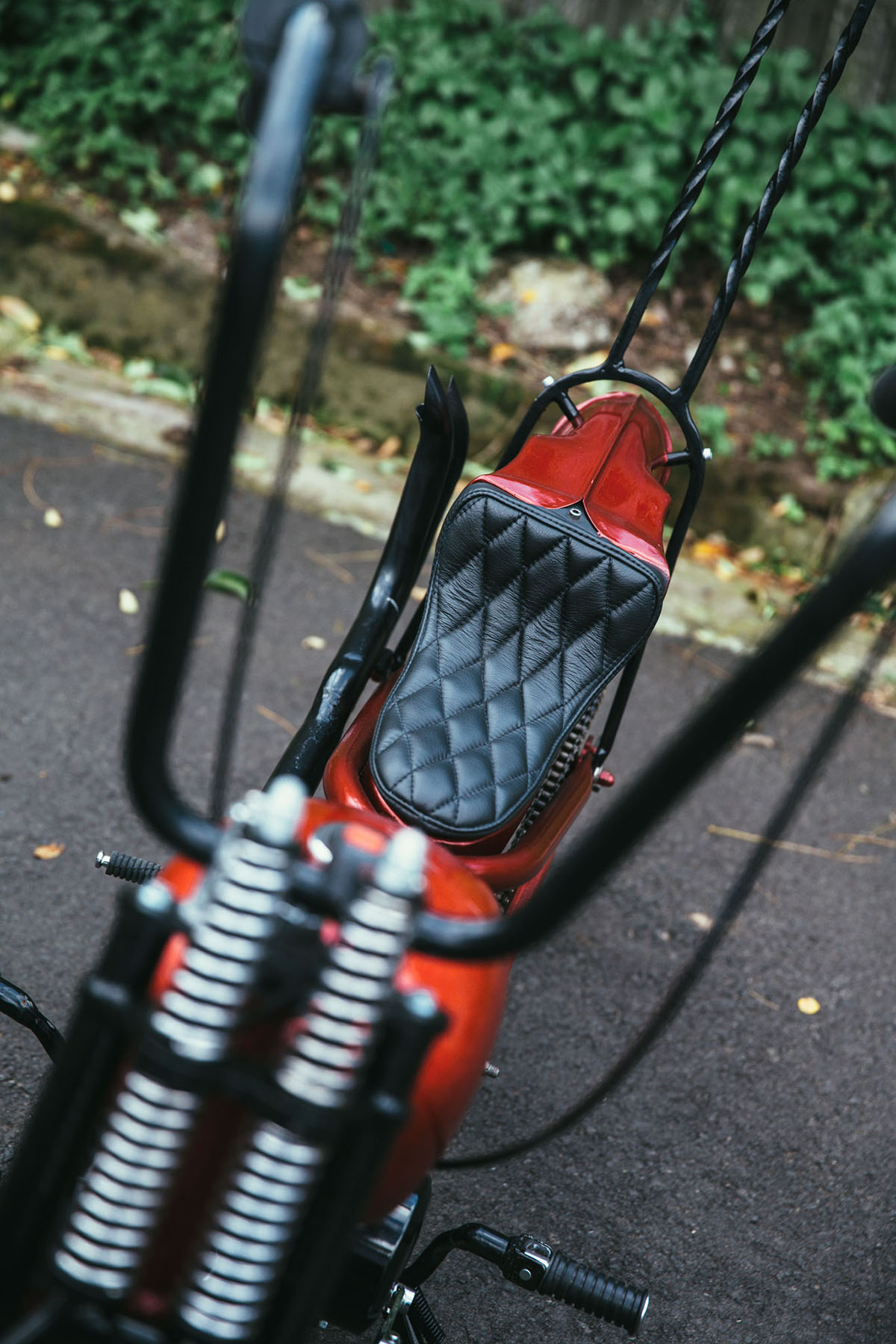 “This build wasn’t very tricky compared to others that I’ve done. If anything though, it was a bit more hair-raising due to cutting the frame in half and making sure the new hardtail rear end was all lined up straight. The bike is a ton of fun, and was really affordable to build. It’s definitely different to your usual Postman Pat’s bike, he might just have gotten laid if he rode this.” 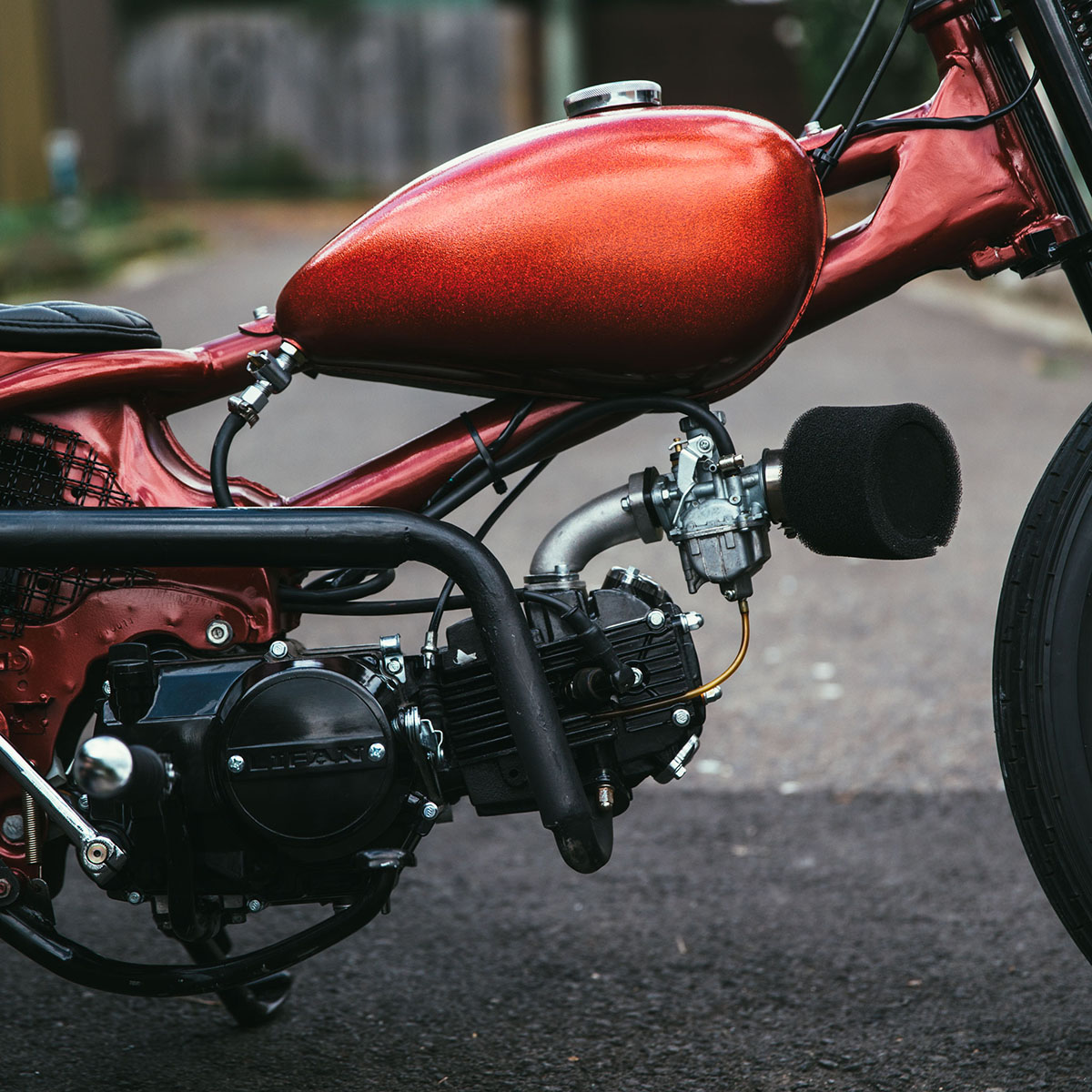 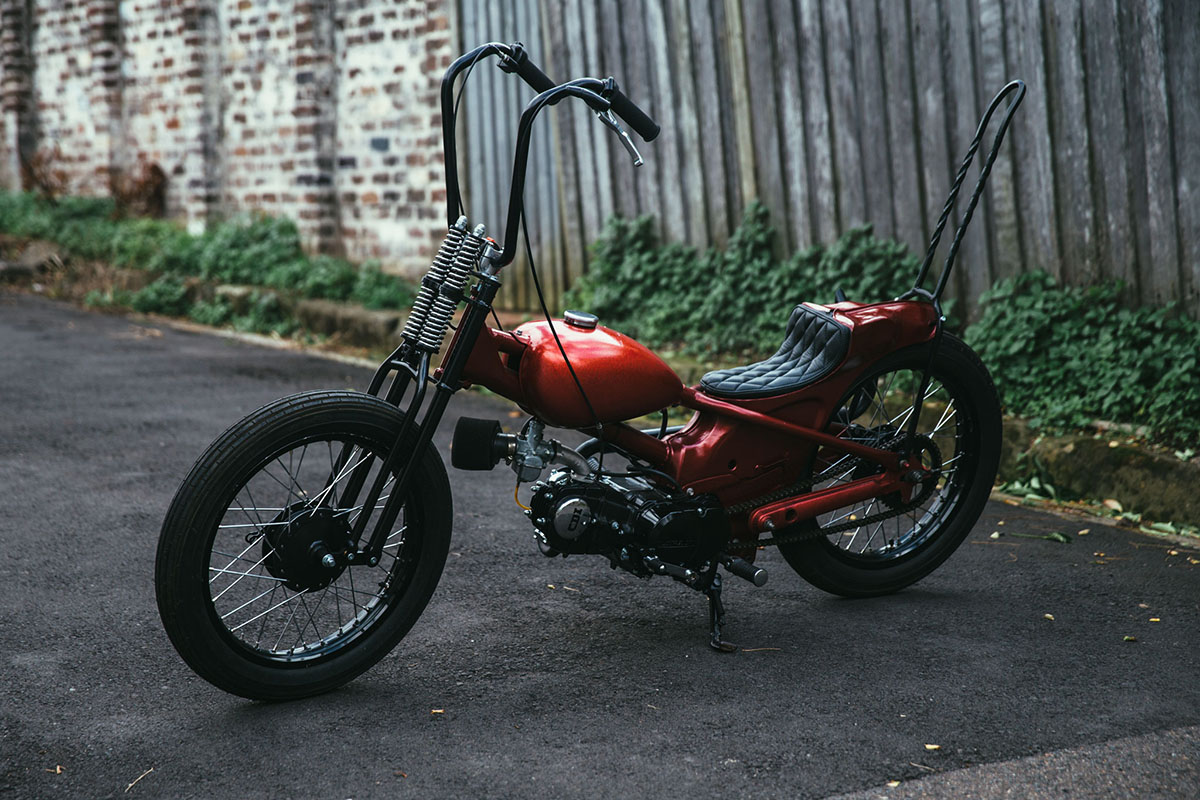 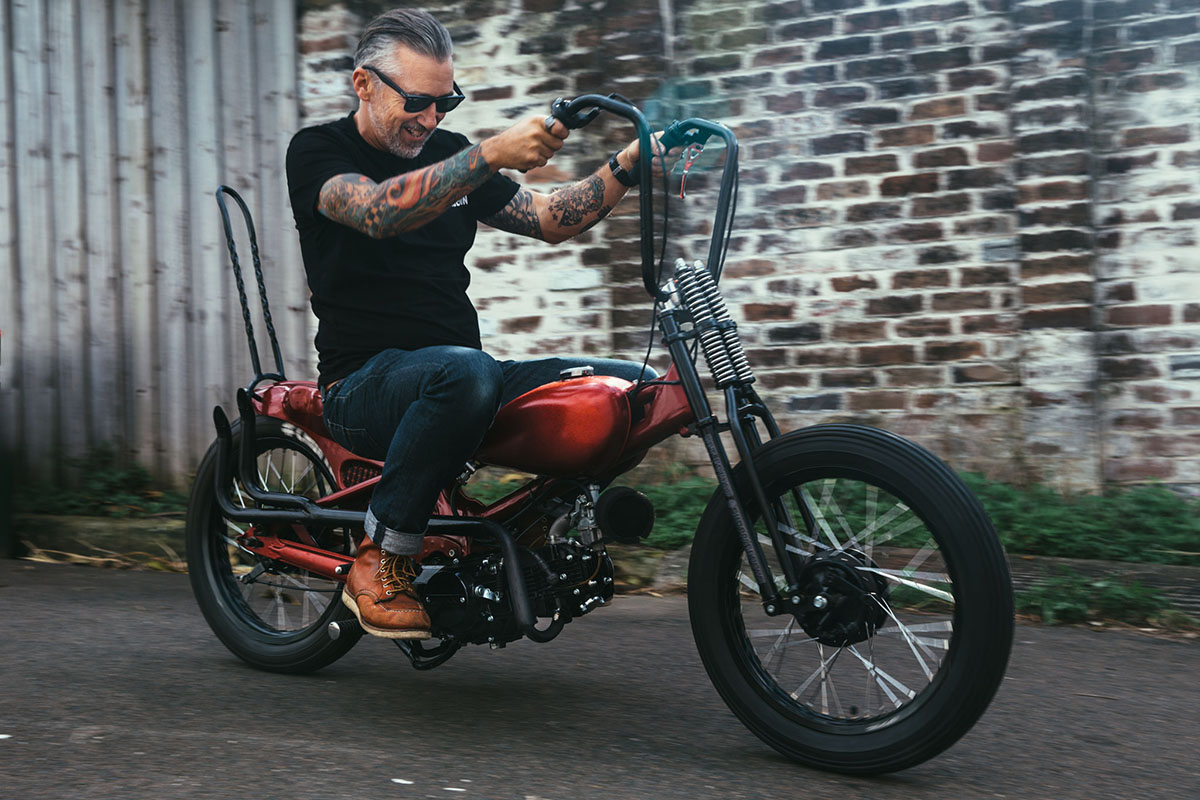 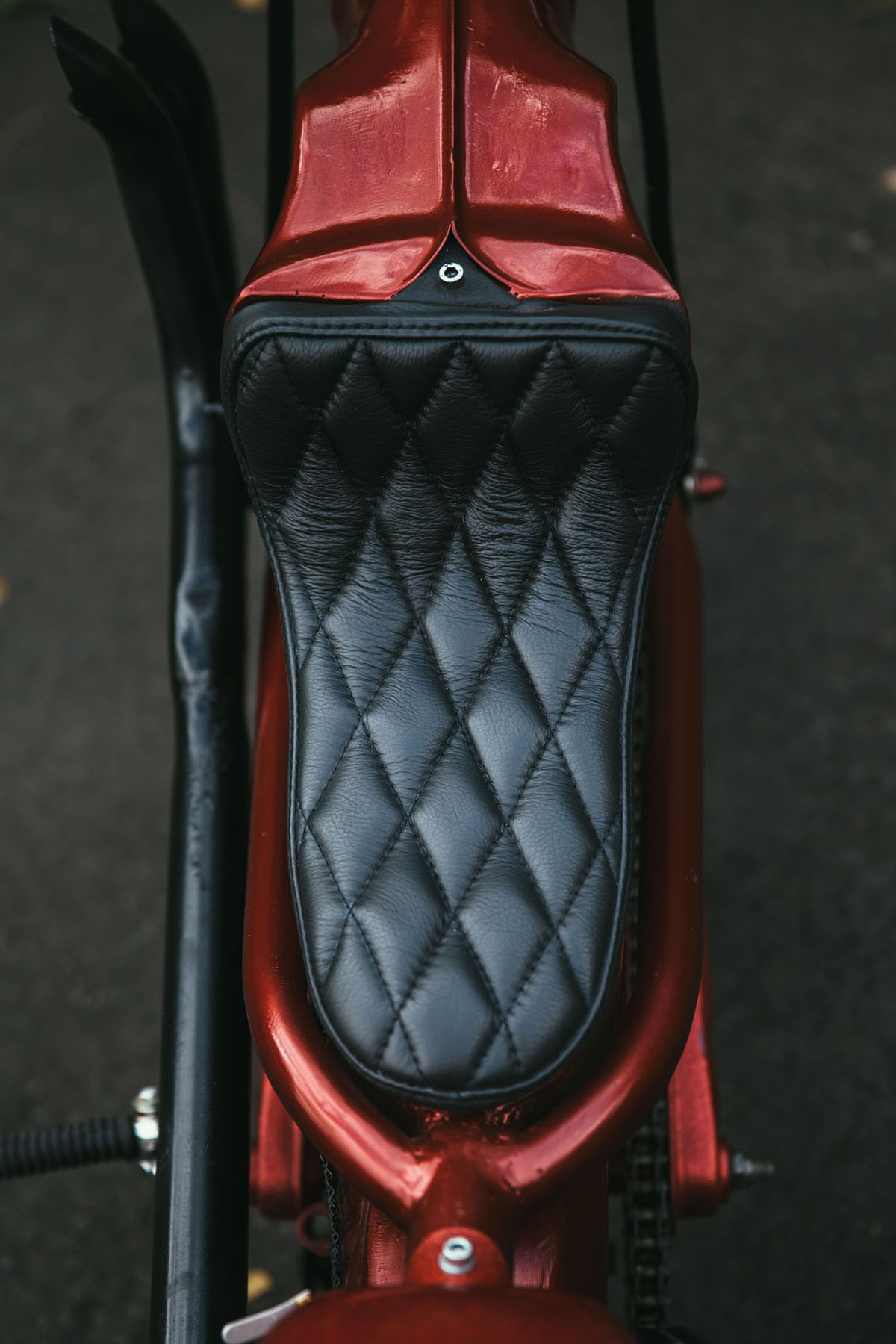 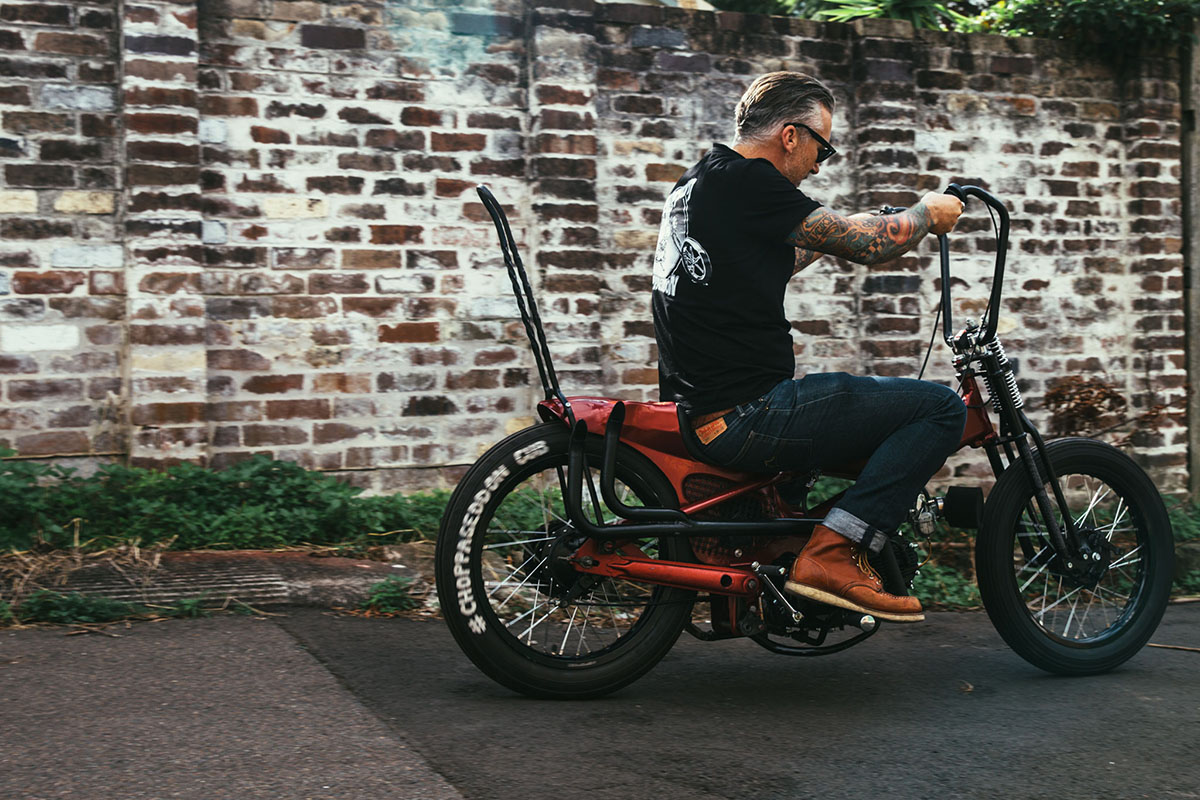 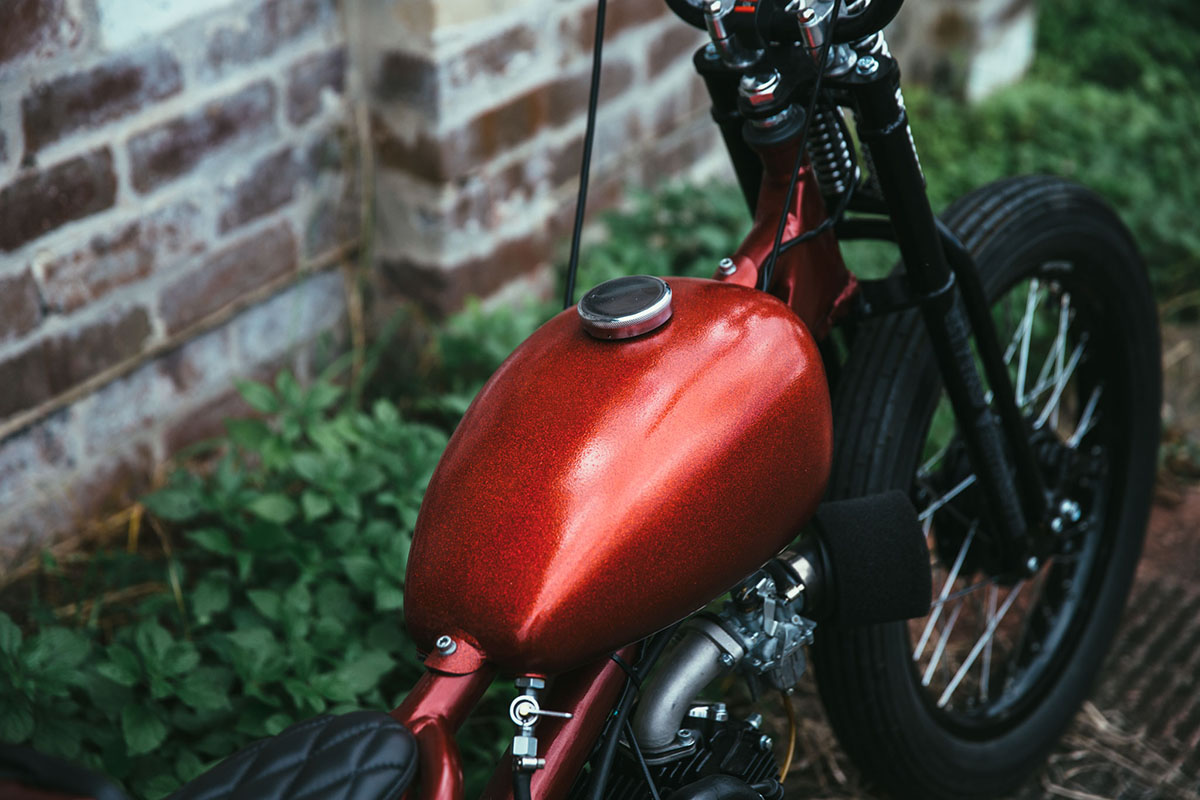 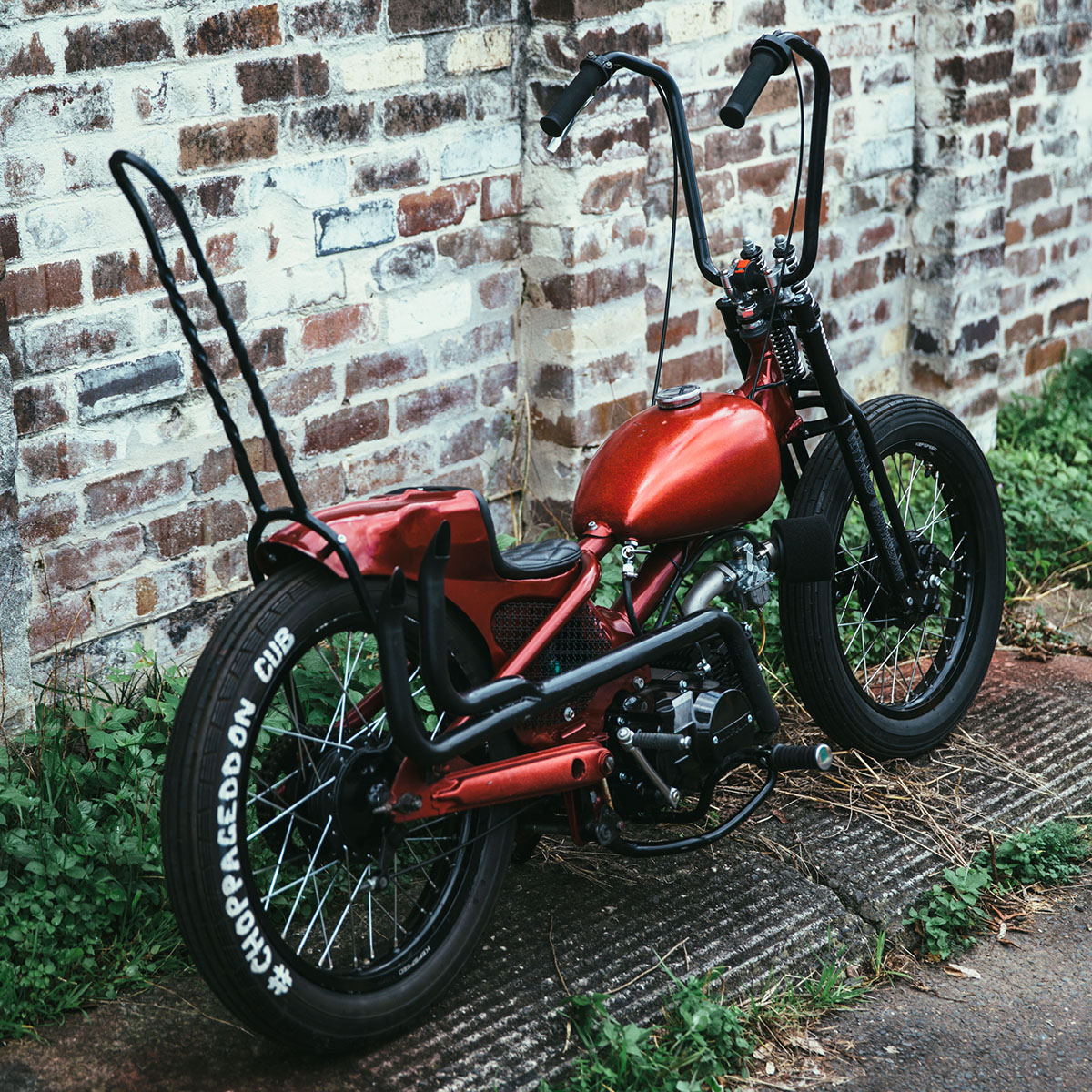 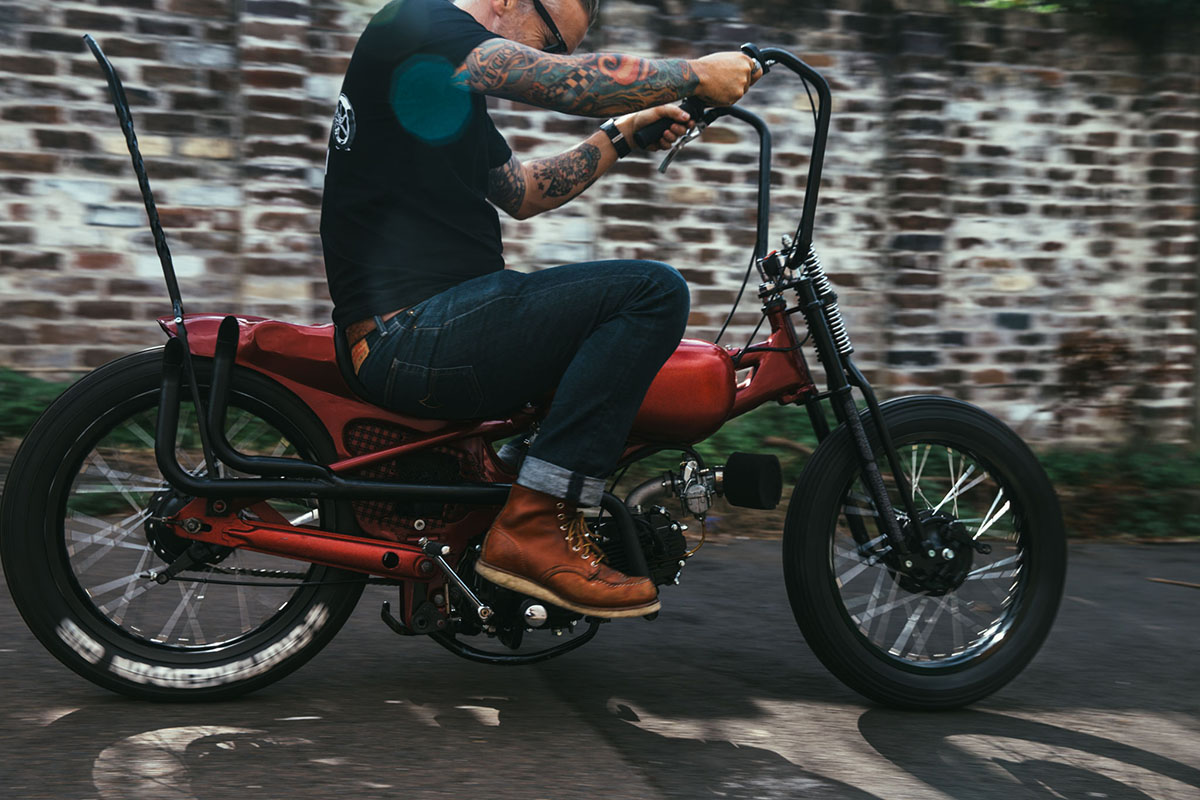 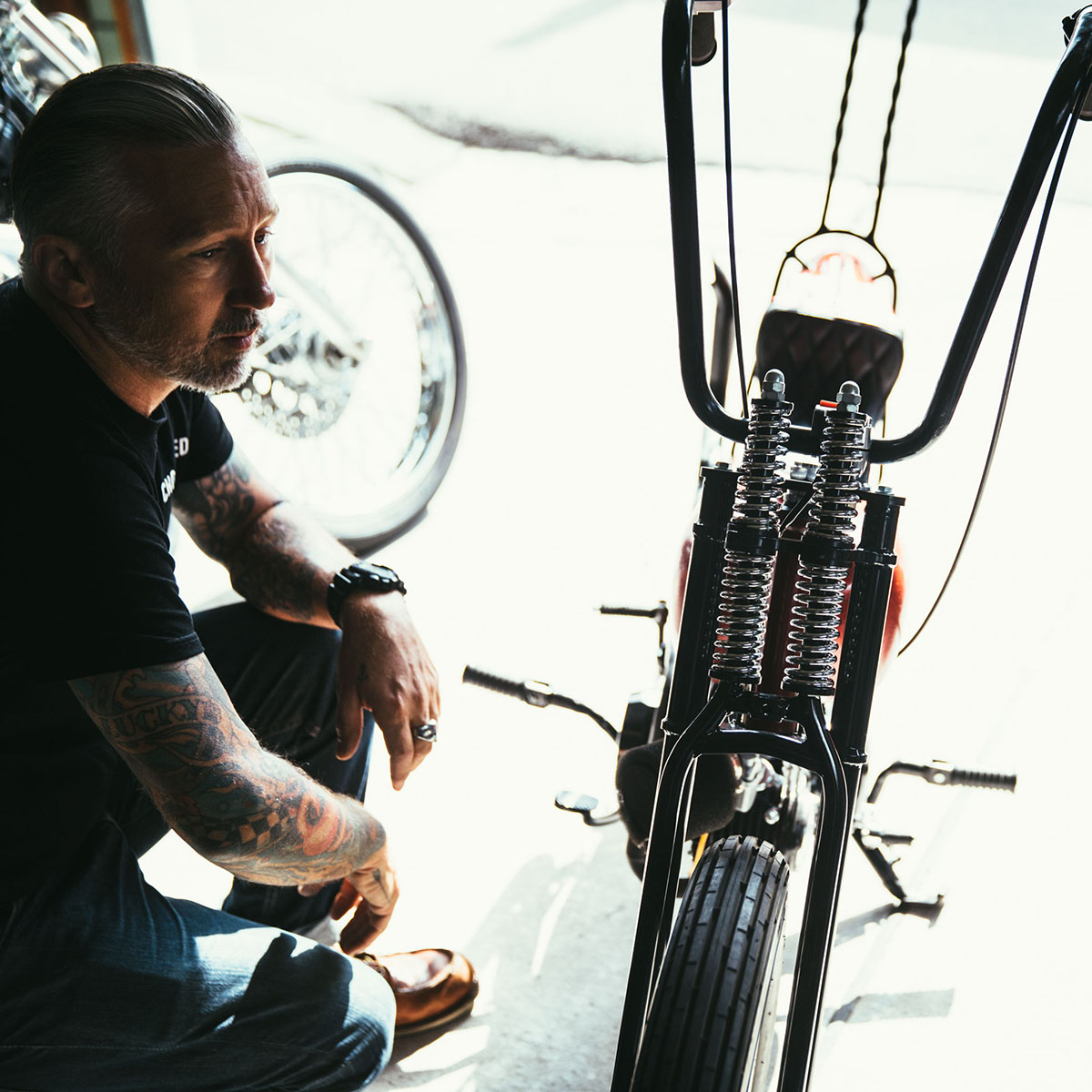 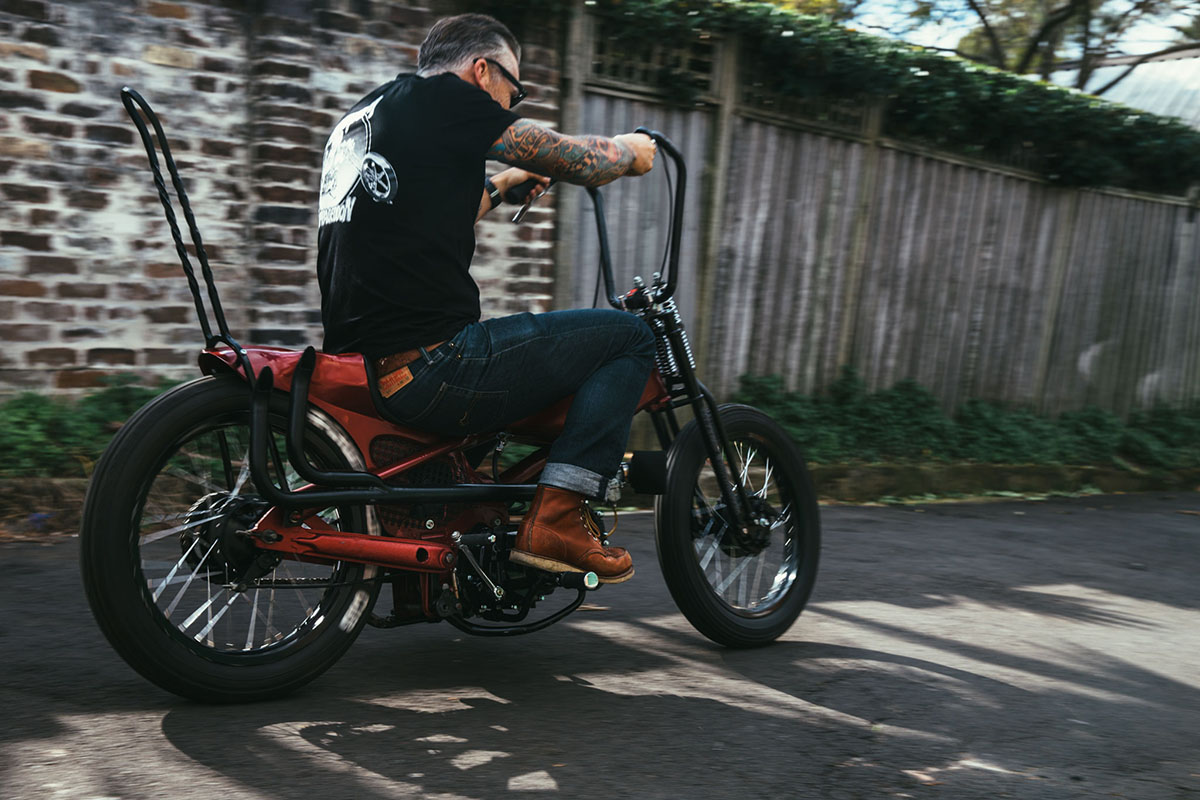 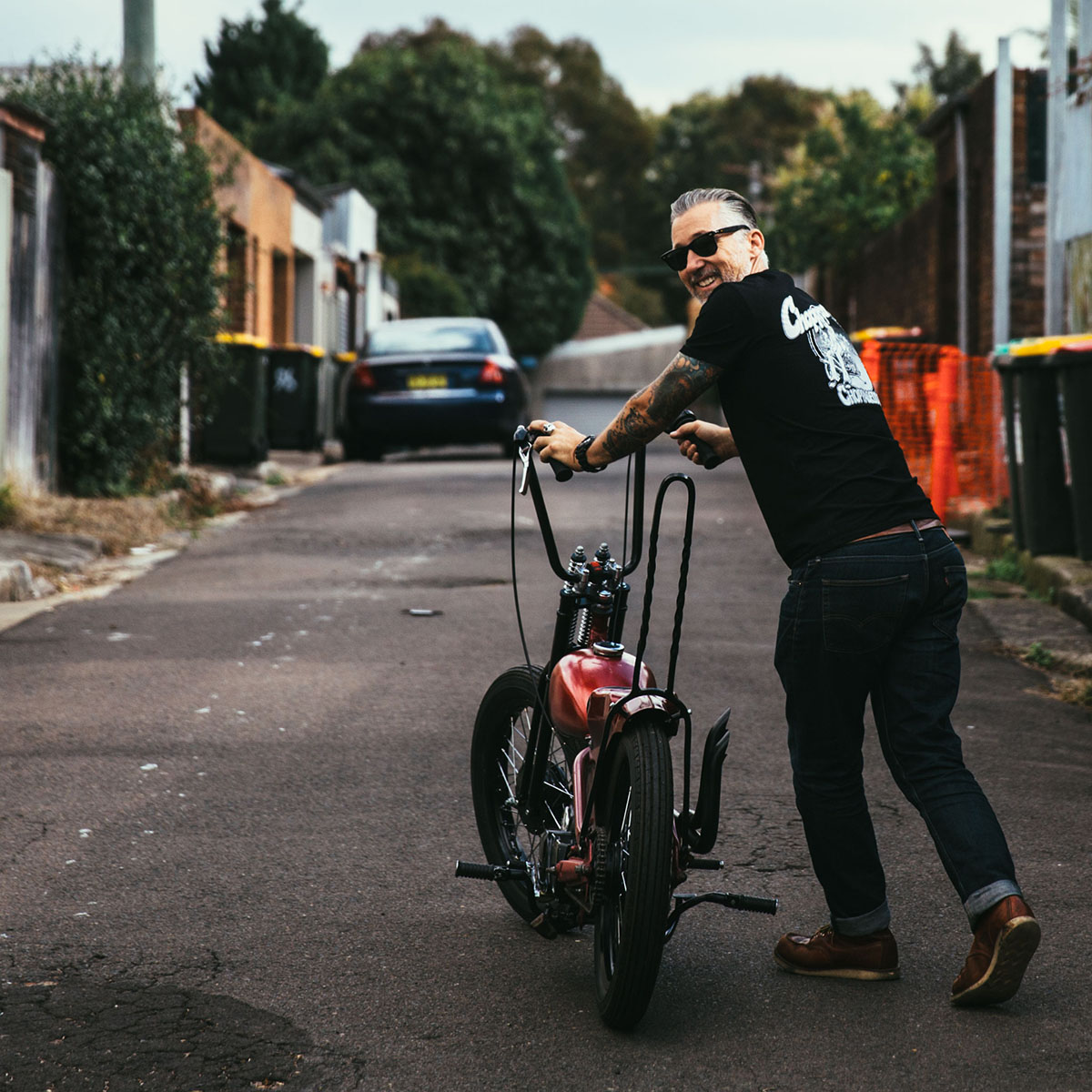