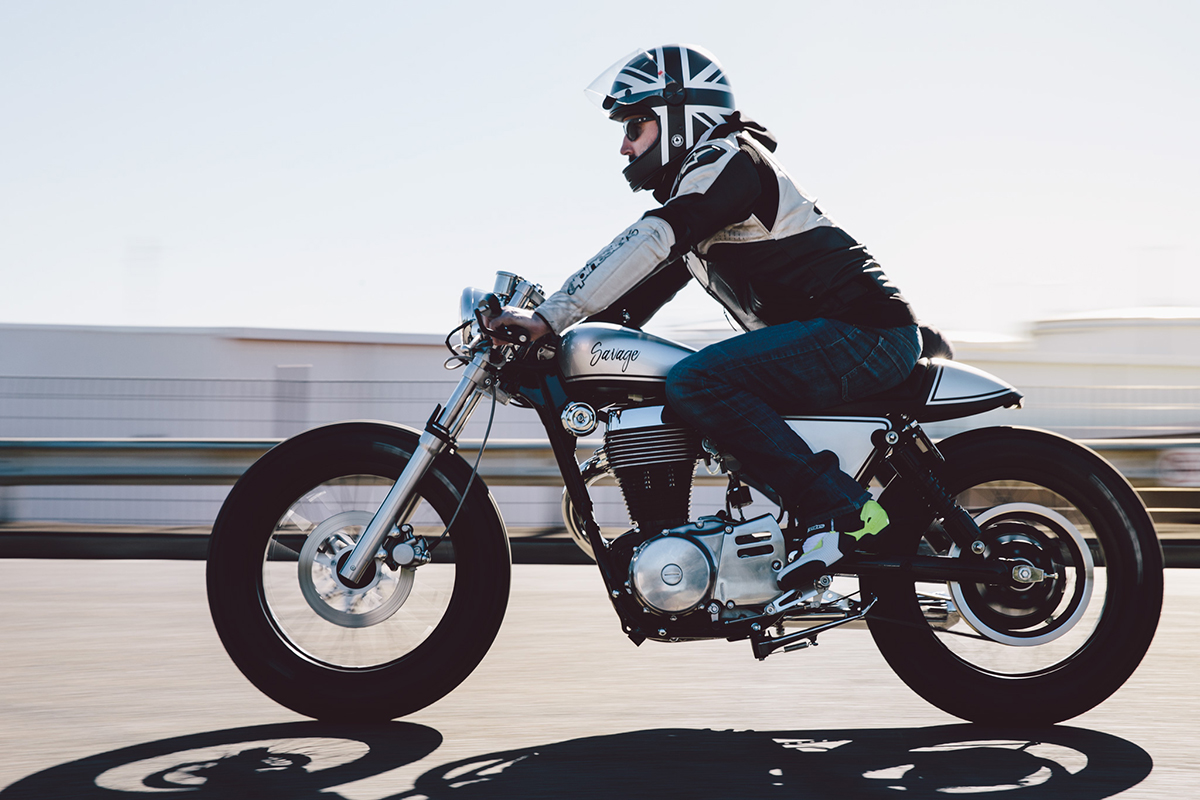 When looking for a bike to start a café racer build, the Suzuki LS650 Savage wouldn’t be at the top of most people’s lists. In fact, it probably wouldn’t be on anyone’s list, with most Australians having never heard of such a bike, and if they had, they wouldn’t think much of it. Objectively speaking, the stock LS650 Savage is an ugly set of wheels. Cliff saw beyond this however, and would embark on a journey to turn this ugly cruiser into a top café racer build. 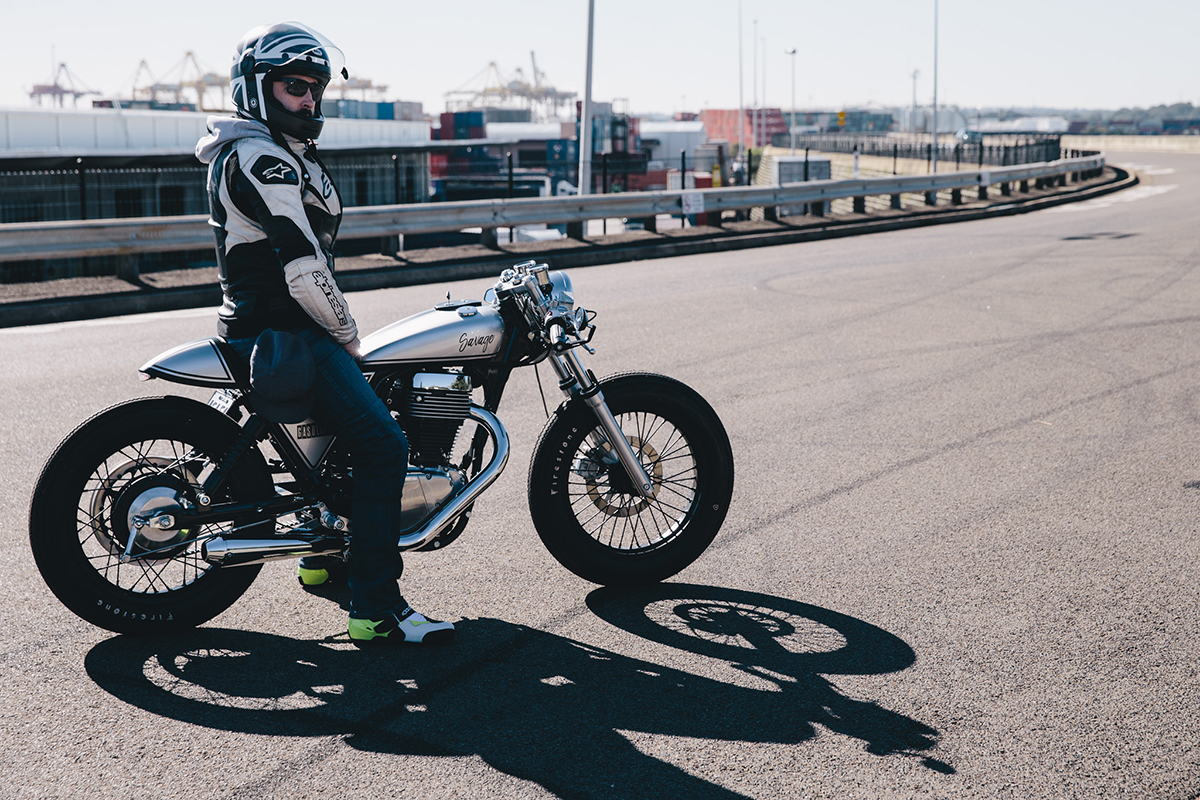 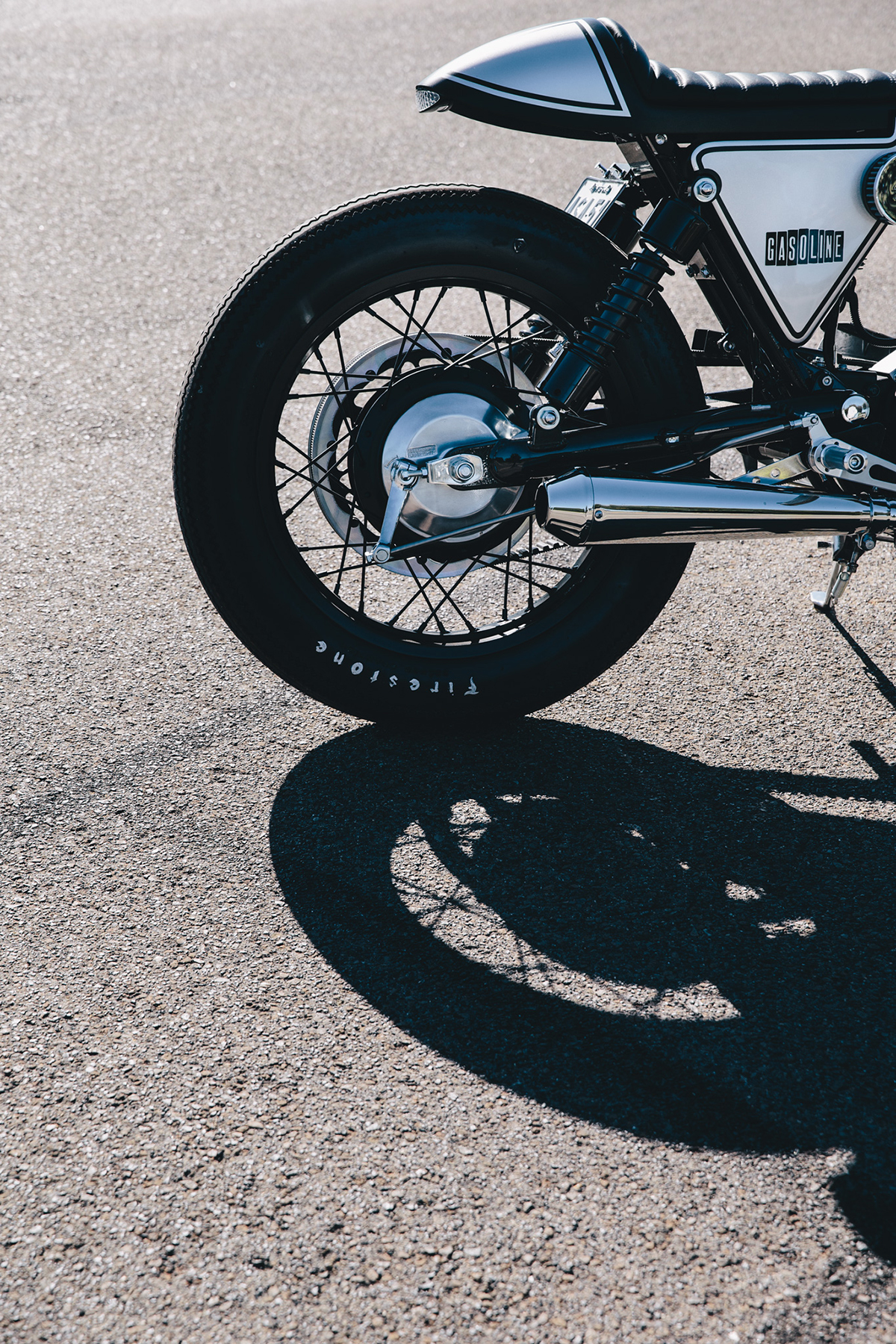 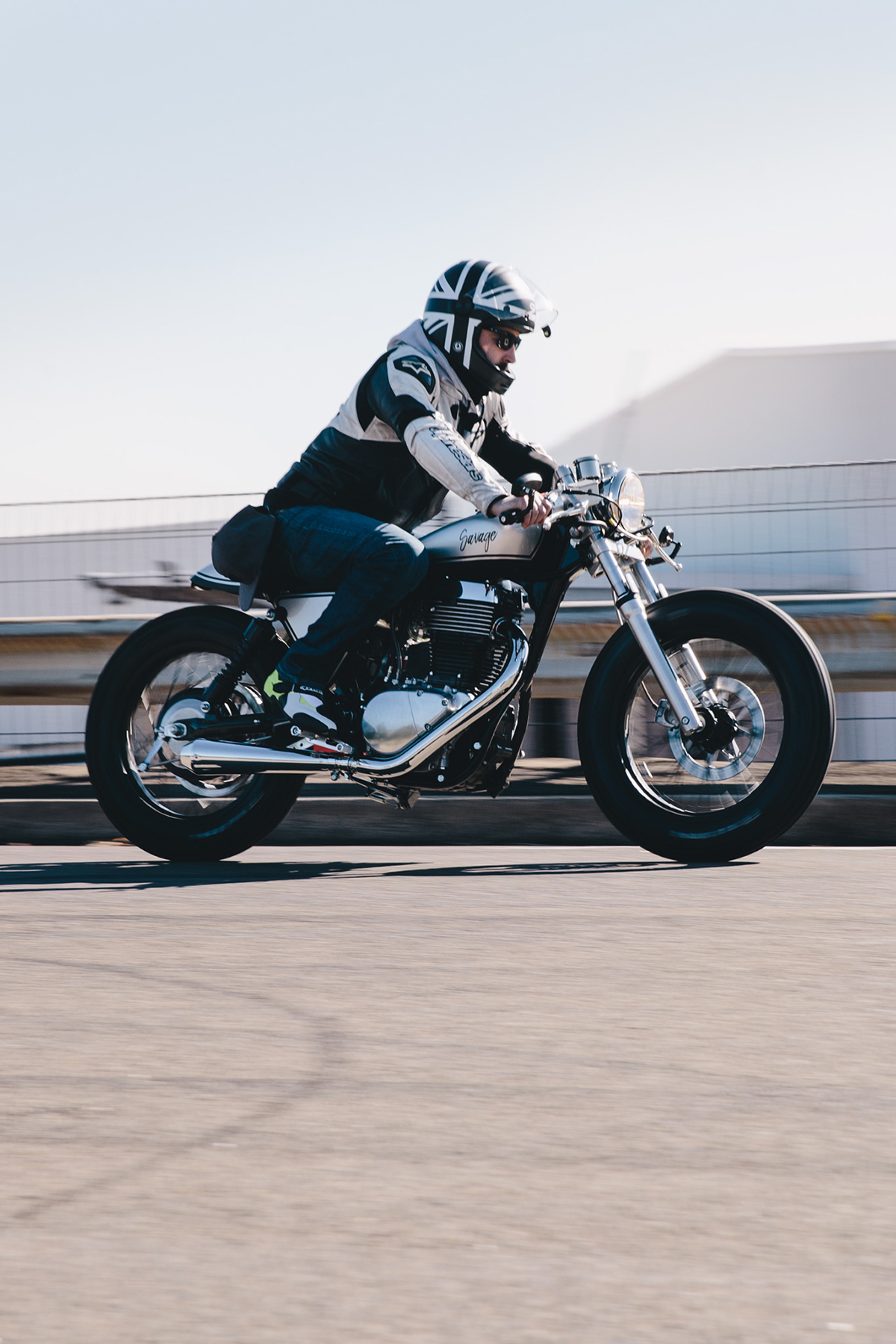 Cliff used to scoot about on the back of his Dad’s motorcycle back in the UK as a young lad, so it would only be a matter of time before he grabbed some wheels for himself. After coming across a Suzuki LS650 Café Racer build at the Sydney Motor show last year, some ideas popped into his head and the fires of a project bike were starting to burn. 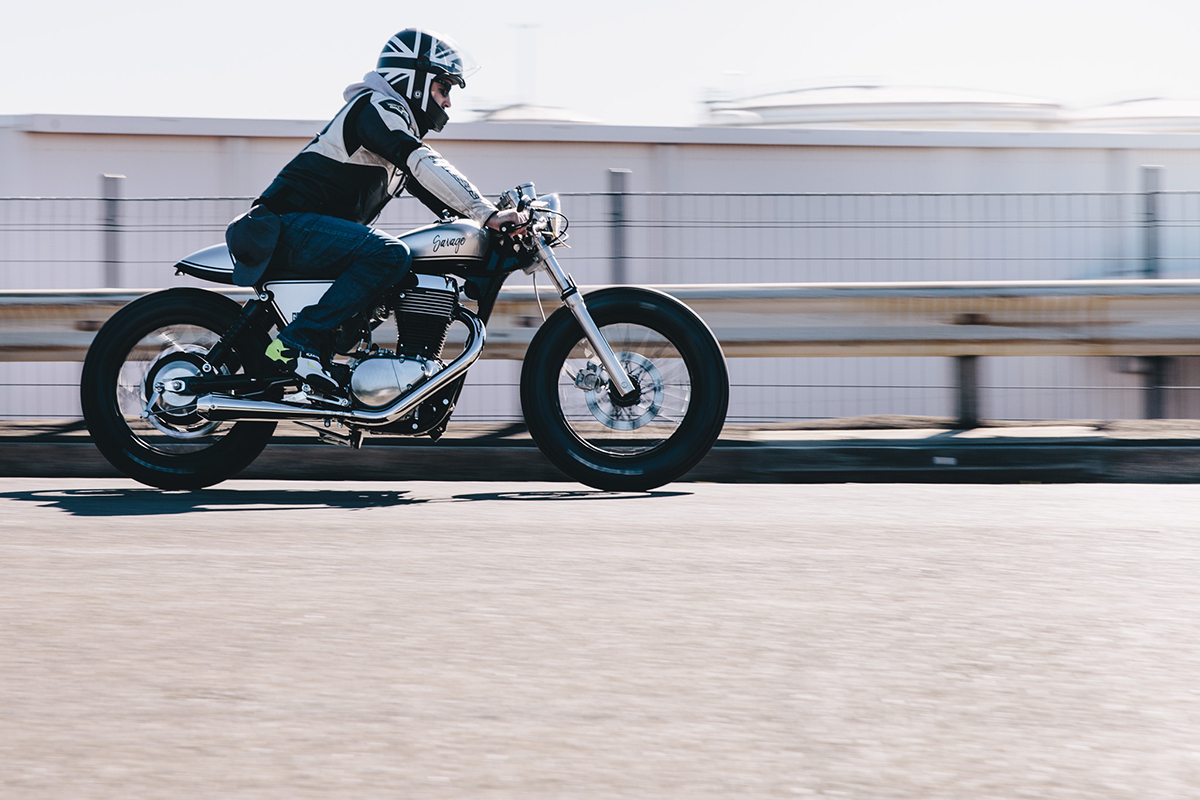 After picking up a brand new LS650 from Procycle Hornsby, Cliff had the bike sent off to Gasoline Motor Co. where work would begin. “I’m not a mechanic at all – I can work on a small amount of things but this project was beyond my skill level. I turned to Gasoline to get involved with this build early on after going to their garage a few times and looking at the awesome builds that they had done before and was always impressed.” 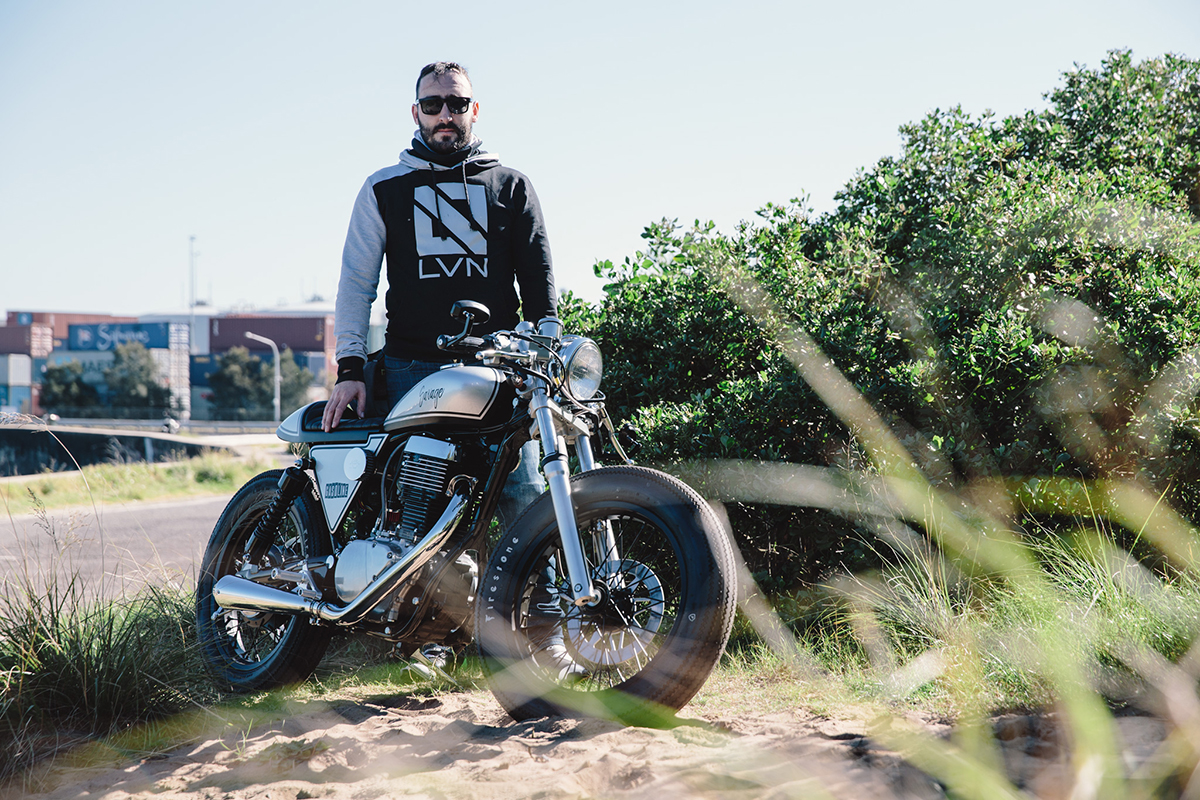 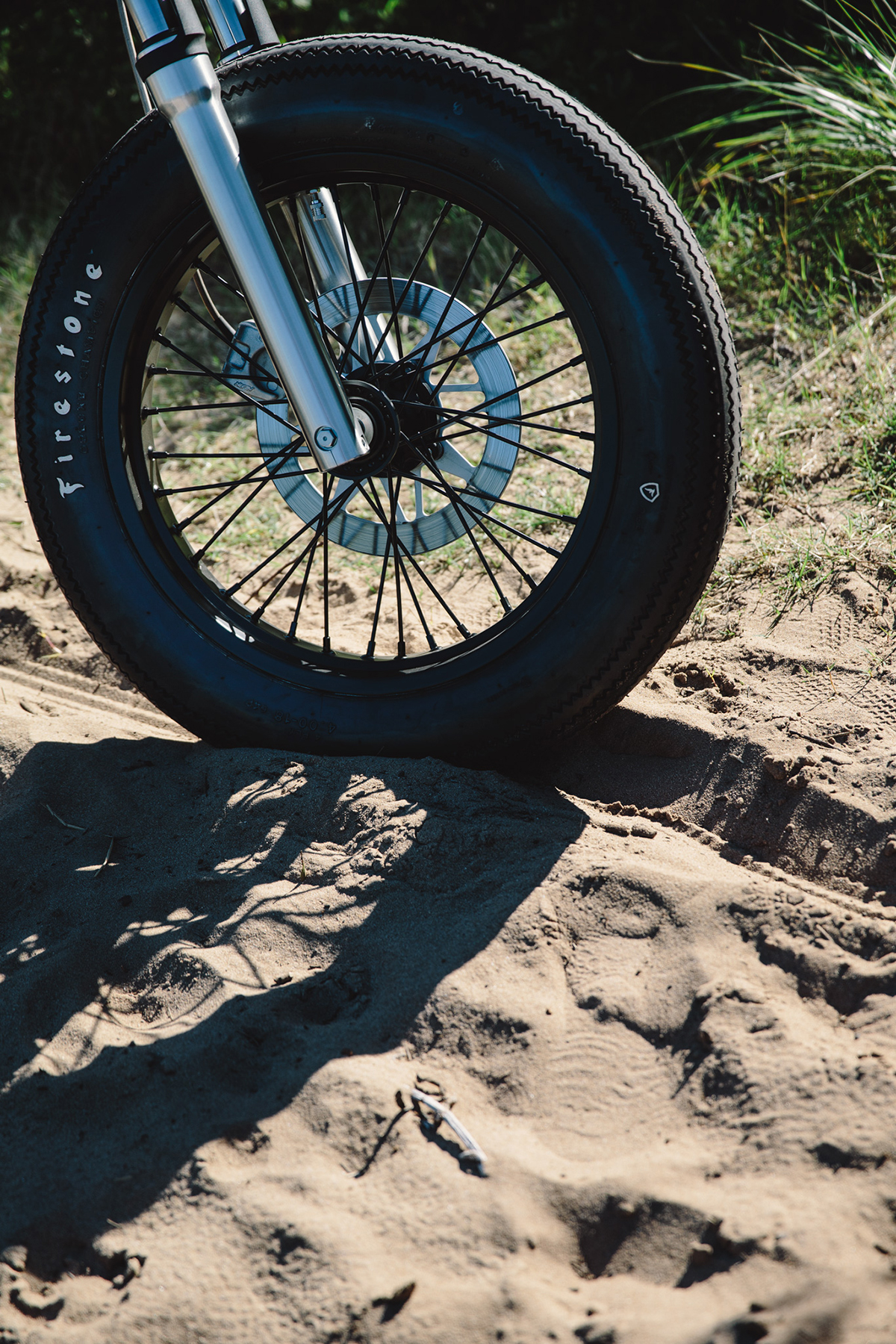 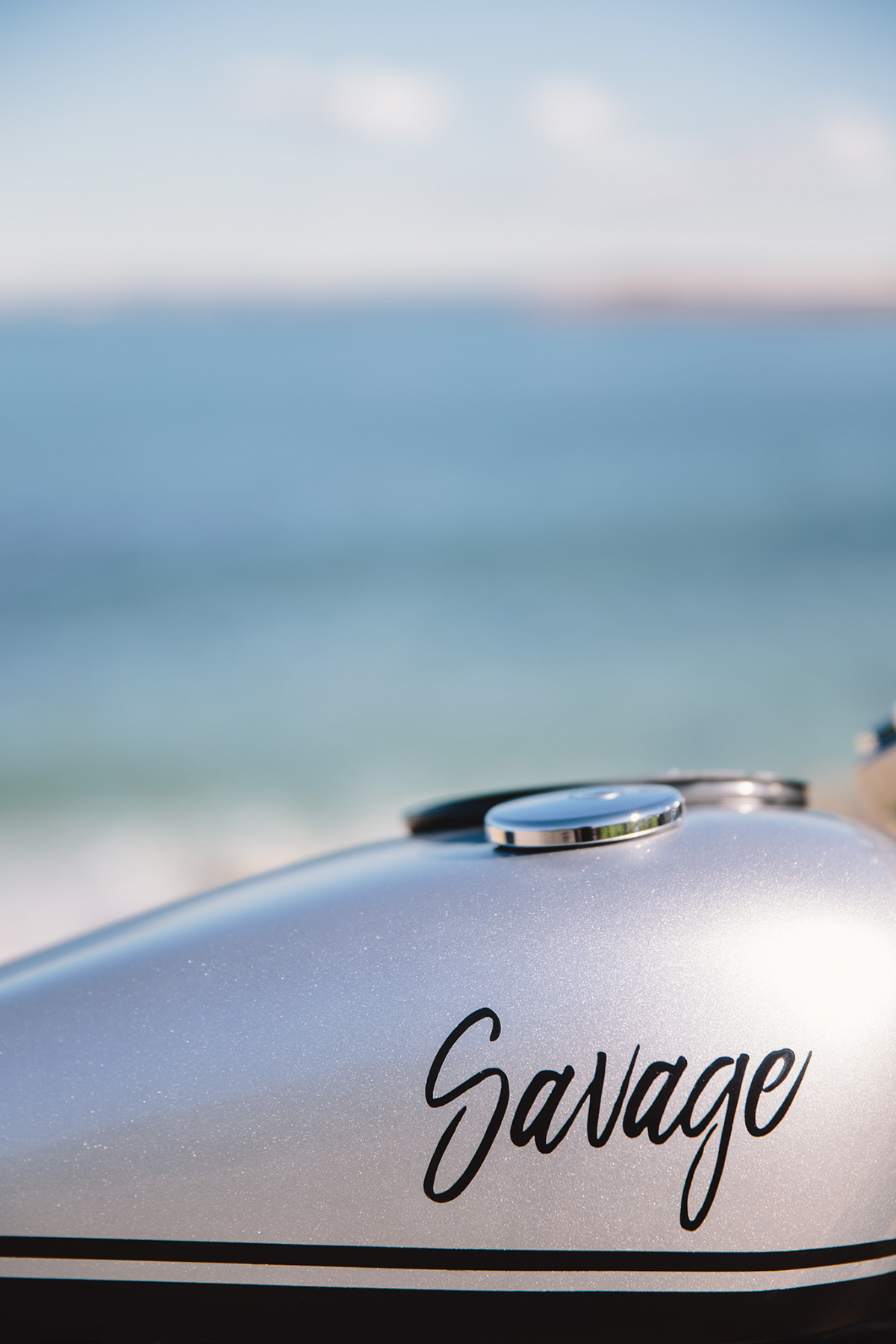 Gasoline were no strangers to adding the café racer style to unsuspecting cruisers, so they were prepared for the road that lay ahead. When you think single cylinder café racer, images of Yamaha SR’s will instantly fill your mind. The 650cc, air-cooled, single cylinder engine of the LS650 with a belt drive rather than a chain would provide an attractive alternate to the ever-common SR. The LS650’s thumper engine is amongst the largest displacement single cylinder engines in production as of 2016, so this would be a thumper with extra ‘thump’. The first thing Gasoline got to work on would be to correct the frame’s geometry. This would be achieved through swapping out the standard factory wheels for something a bit smaller for the front, whilst going larger for the rear. The back end of the bike would then be raised after a bit of chopping, allowing the bike to accept some new suspension components. The engine was given more air to breath with a set of conjoined pod filters either side of the bike, adding a bonus element of symmetry to the look. 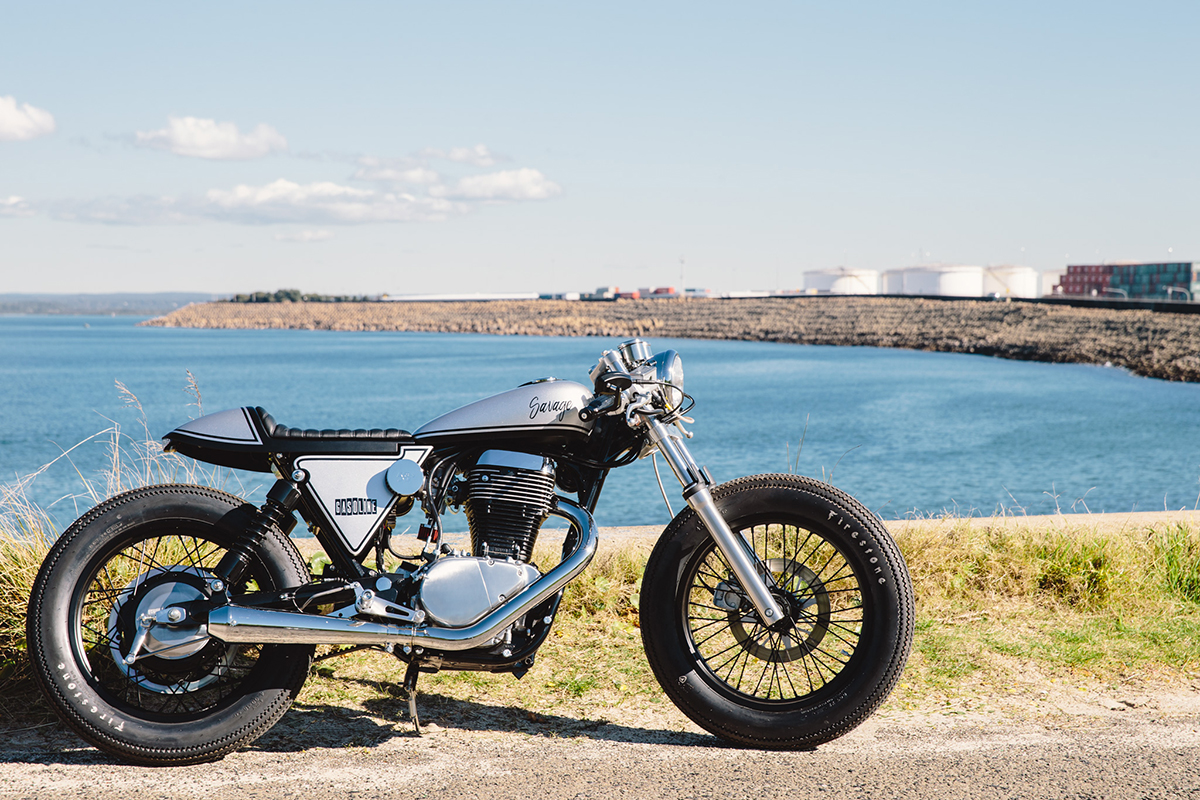 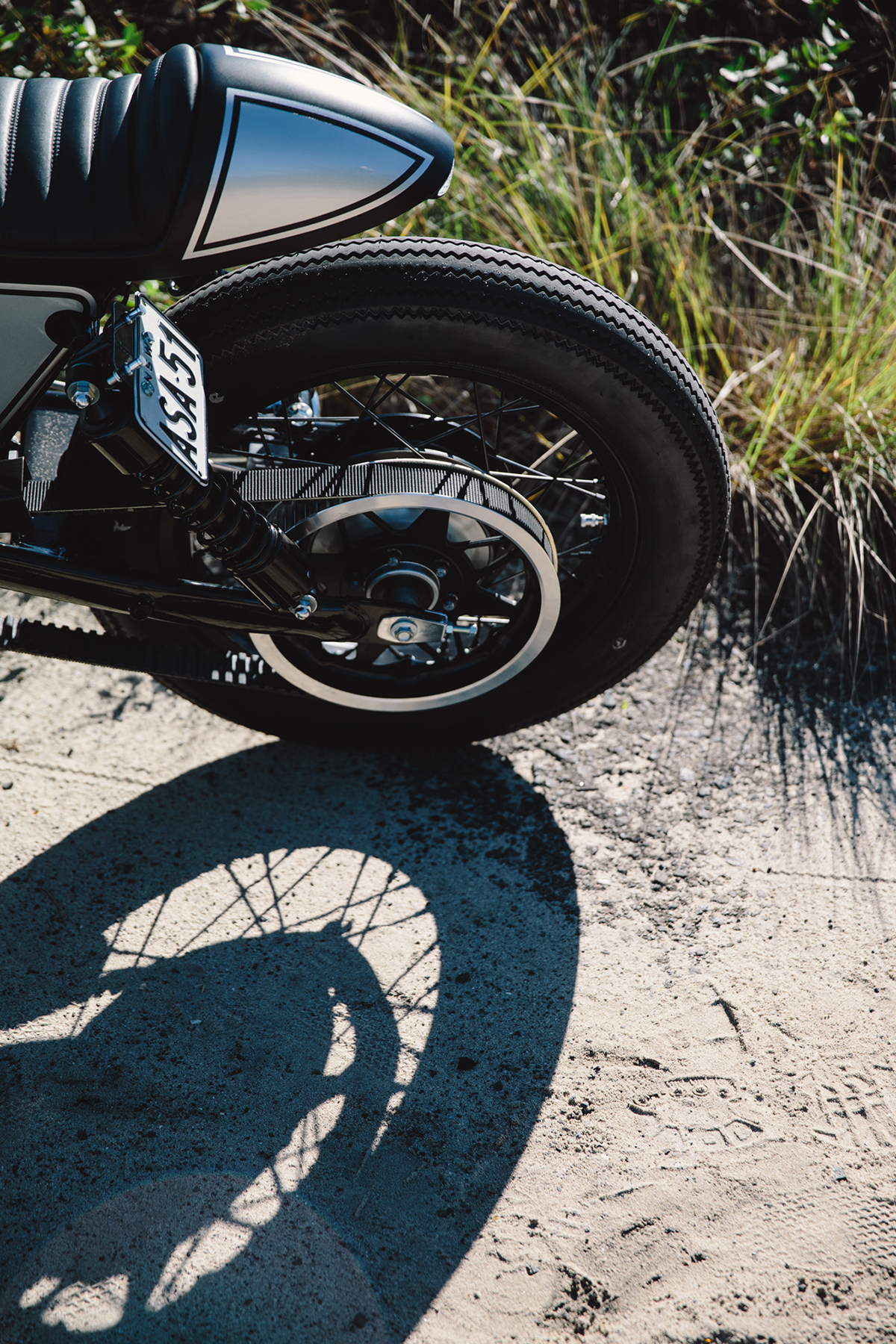 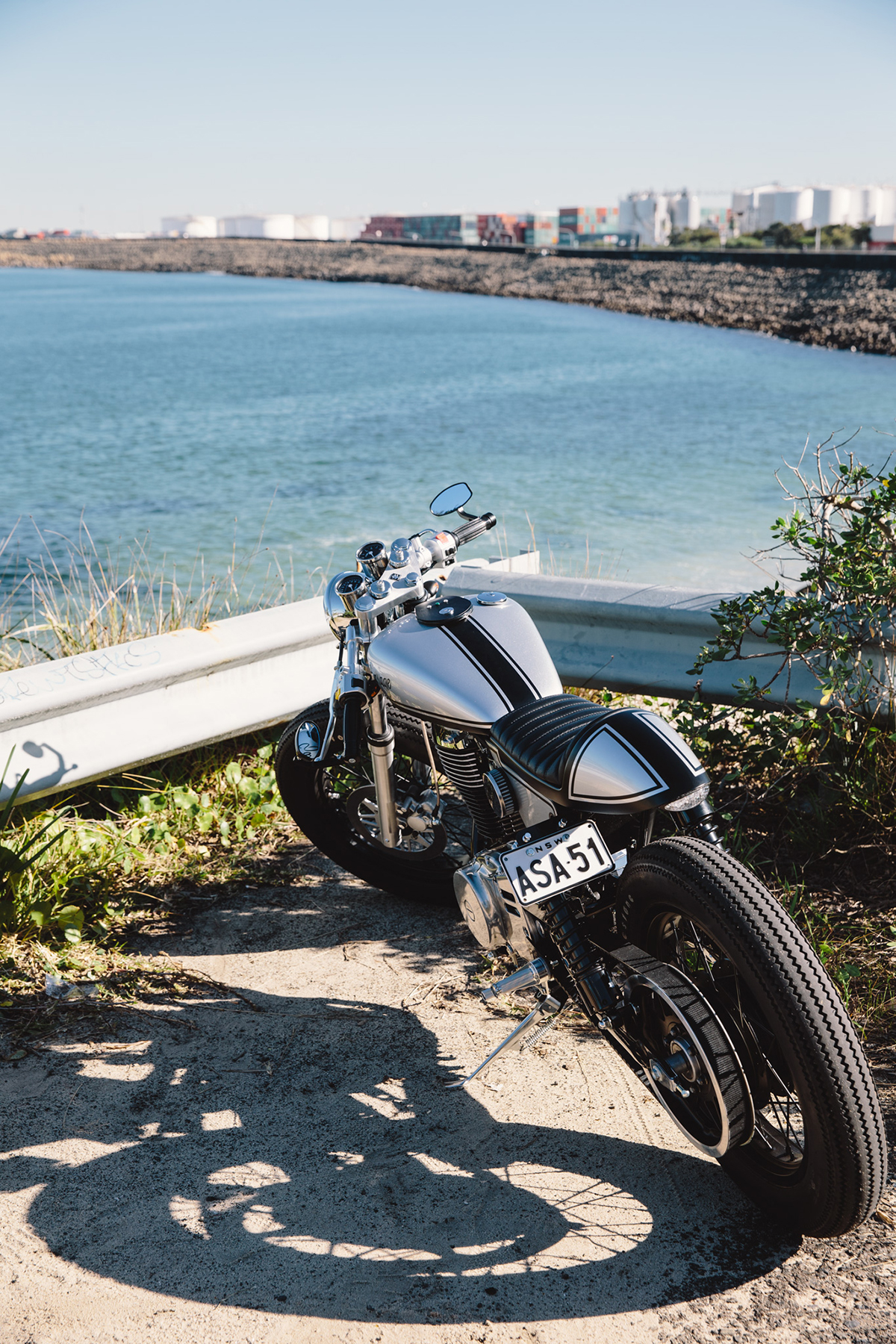 Towards the end of the build, the Throttle Roll Street Party 2016 was around the corner and Cliff had just purchased his tickets. “I was super stoked for the show. I thought about entering the Savage to be part of the bike display, but was unsure if it would be ready in time. The very next day I spoke with Jason about tyres when he mentioned entering the bike to the show, so it was game on now to get the bike ready in time. I saw the bike a couple of times being worked on in the garage, but never the finished product until the big day at the show. It was epic seeing it up on the scaffolding alongside all the other amazing bikes people had built!”

It was also at the Throttle Roll 2016 Street Party that Cliff came across the Shannons display, who he has now insured the Savage with! 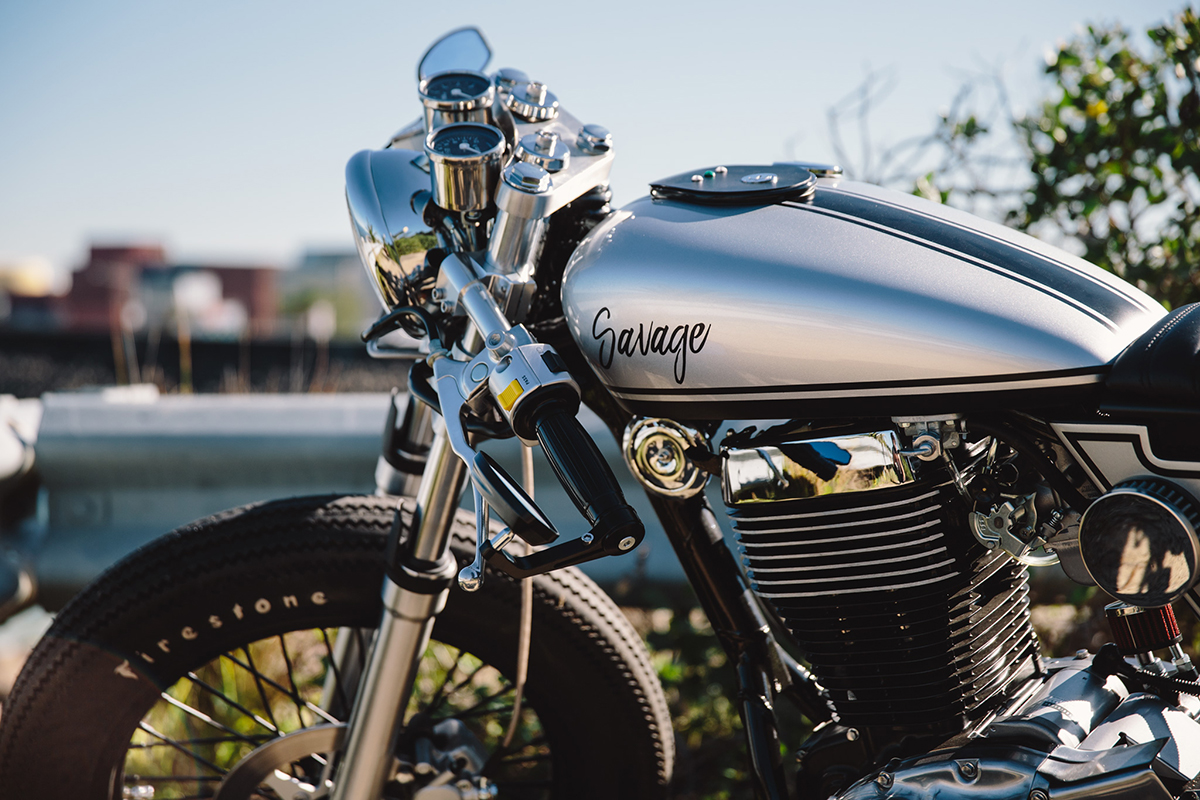 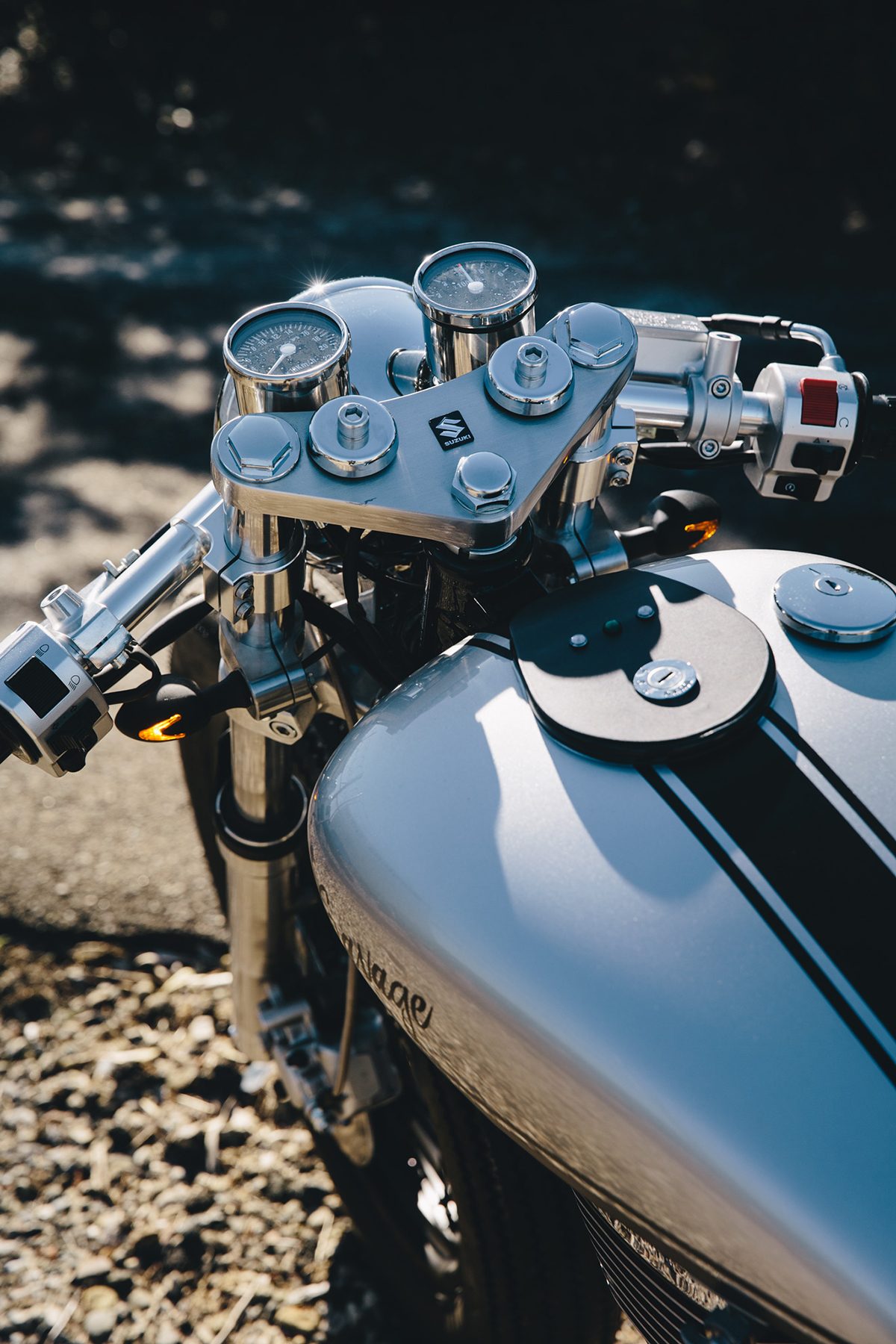 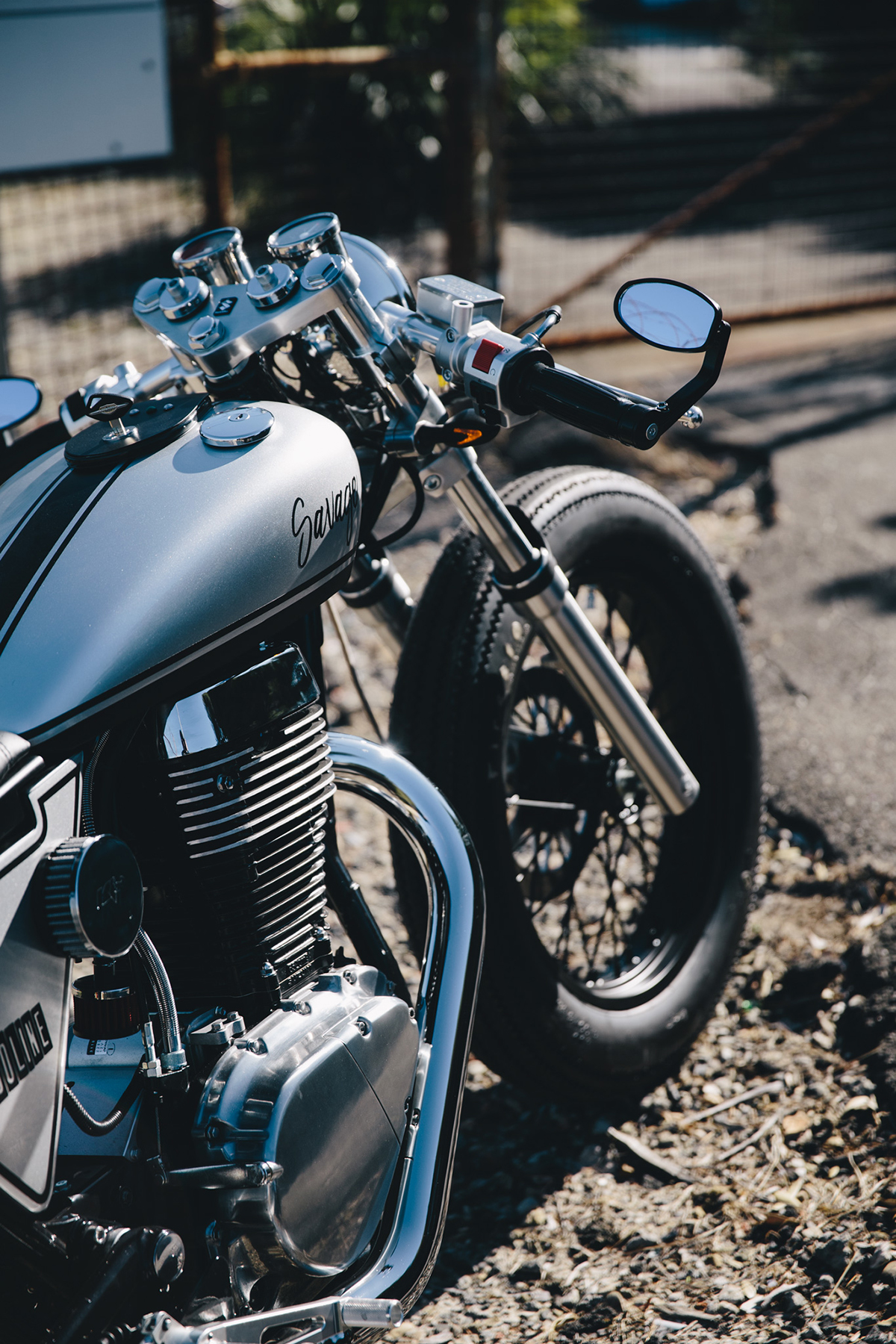 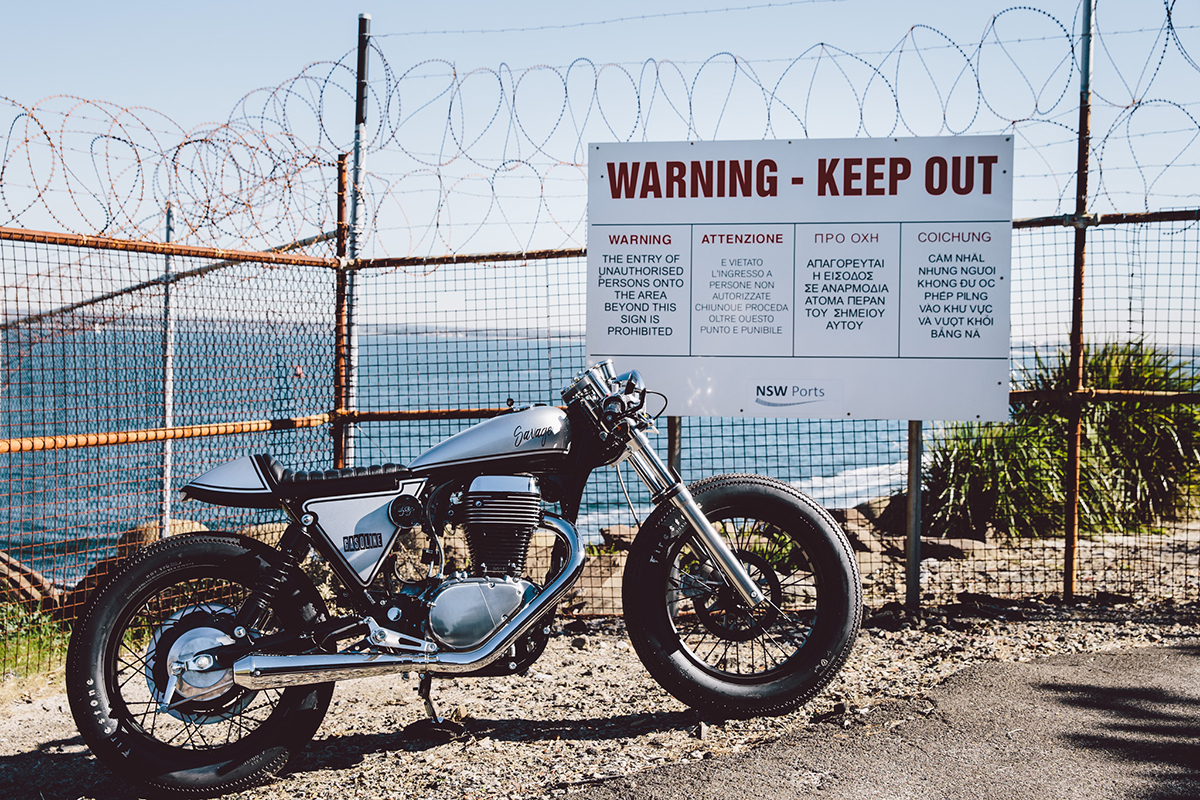