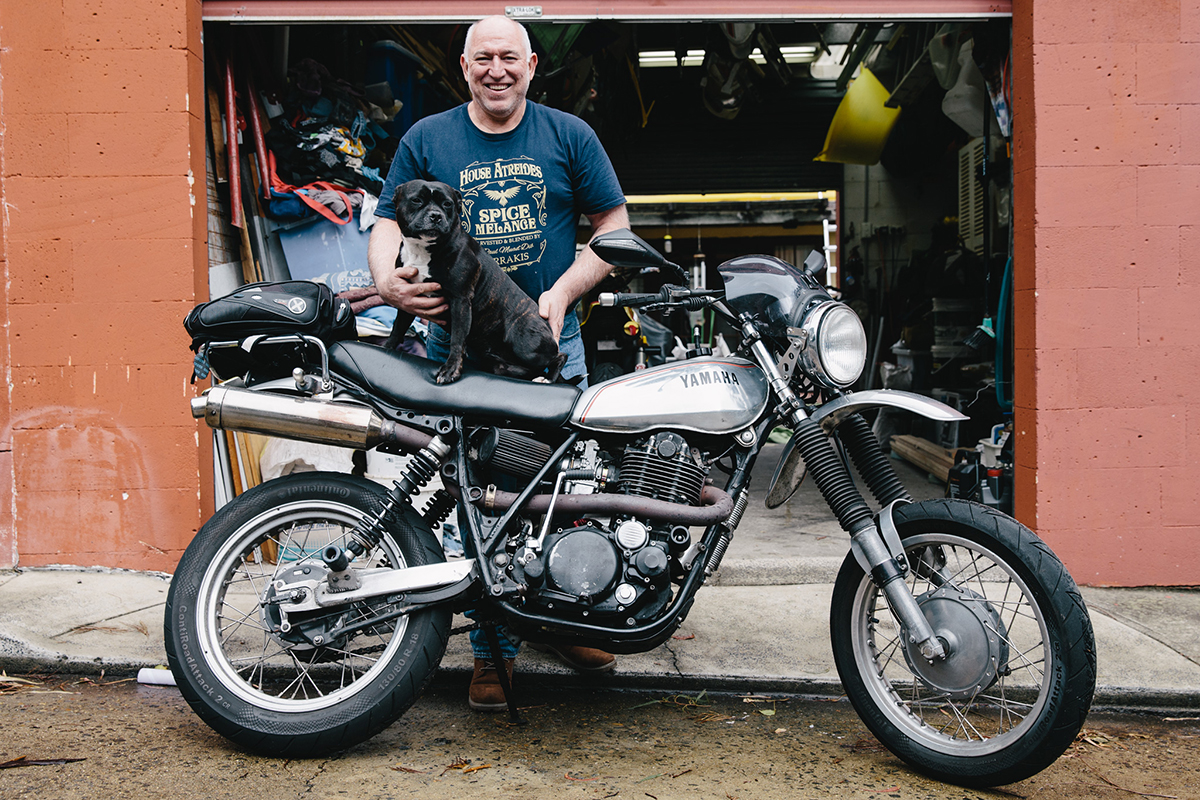 Meet Curly, named so for his once curly locks – however this moniker now serves as a memorial of more hirsute times. But that’s neither here nor there, because he’s got a kickarse collection of pre-80’s dirt bikes that’ll really get your motor goin’. 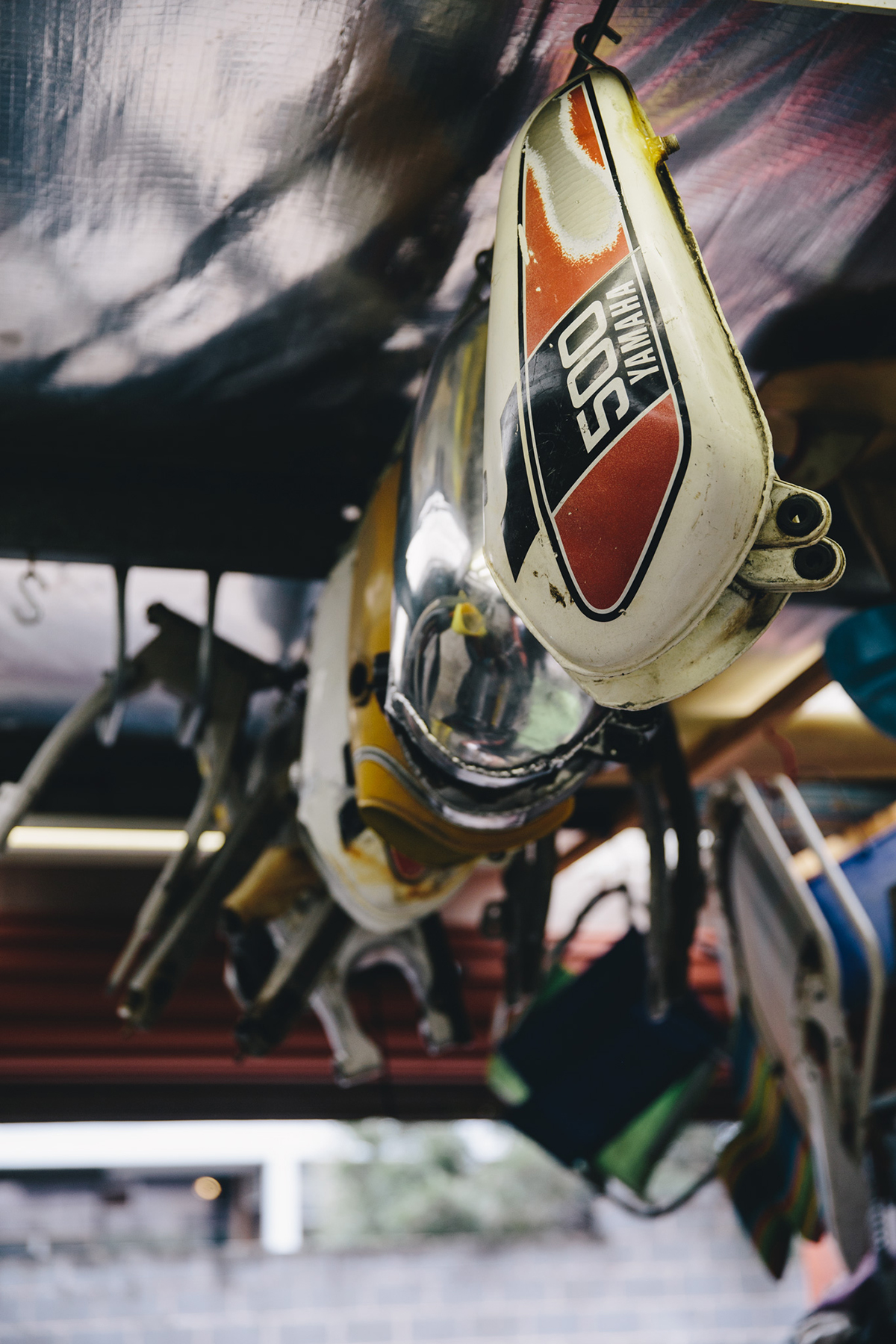 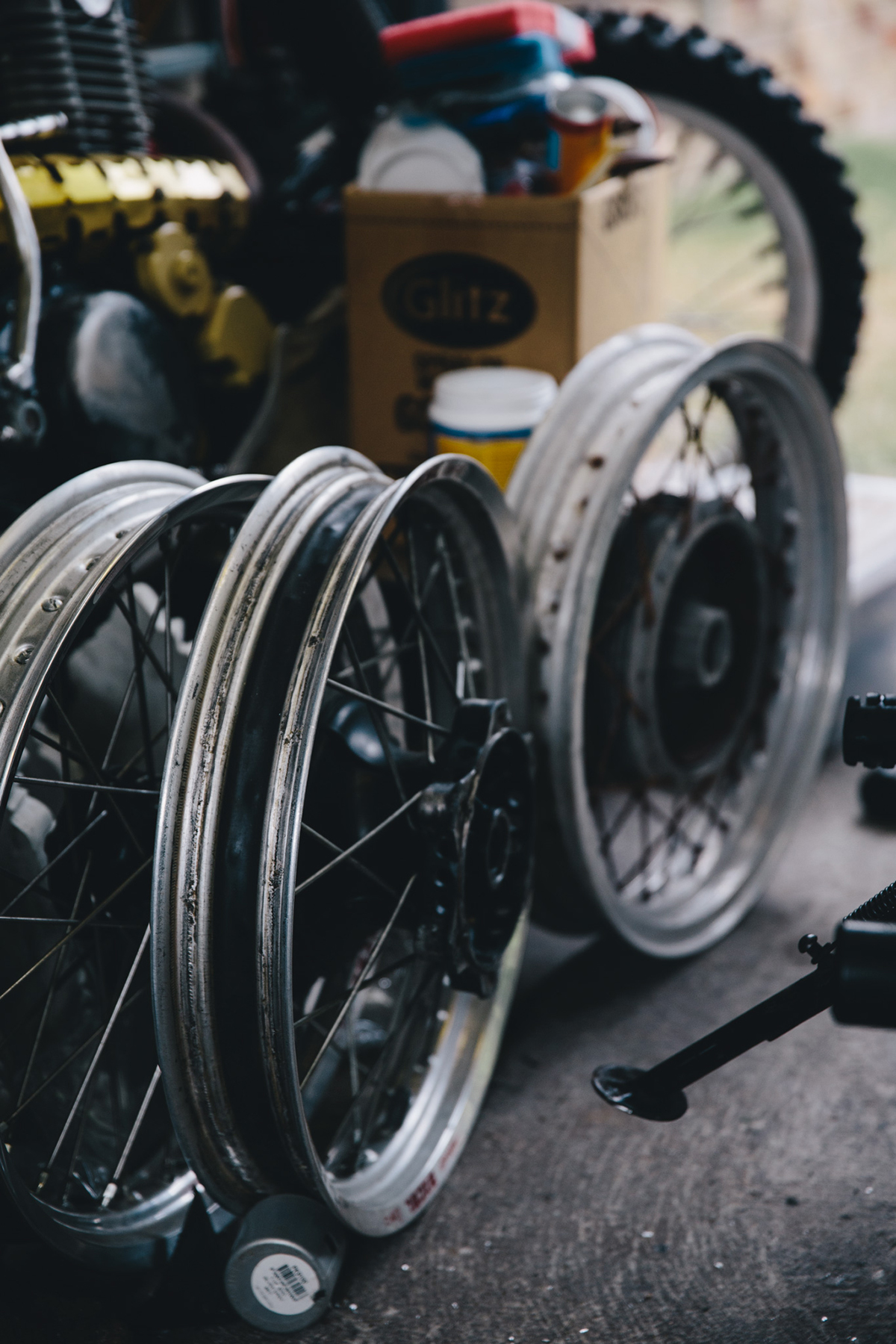 Curly started out early on bikes tearing about on his mate’s Honda XR75 after school. He continued to squirt about on two wheels until a 15 year hiatus was implemented after being hit by a truck; a fair enough excuse we say. Despite owning just about every style of bike under the sun over his riding years, it was the off-road breed that really interested Curly. 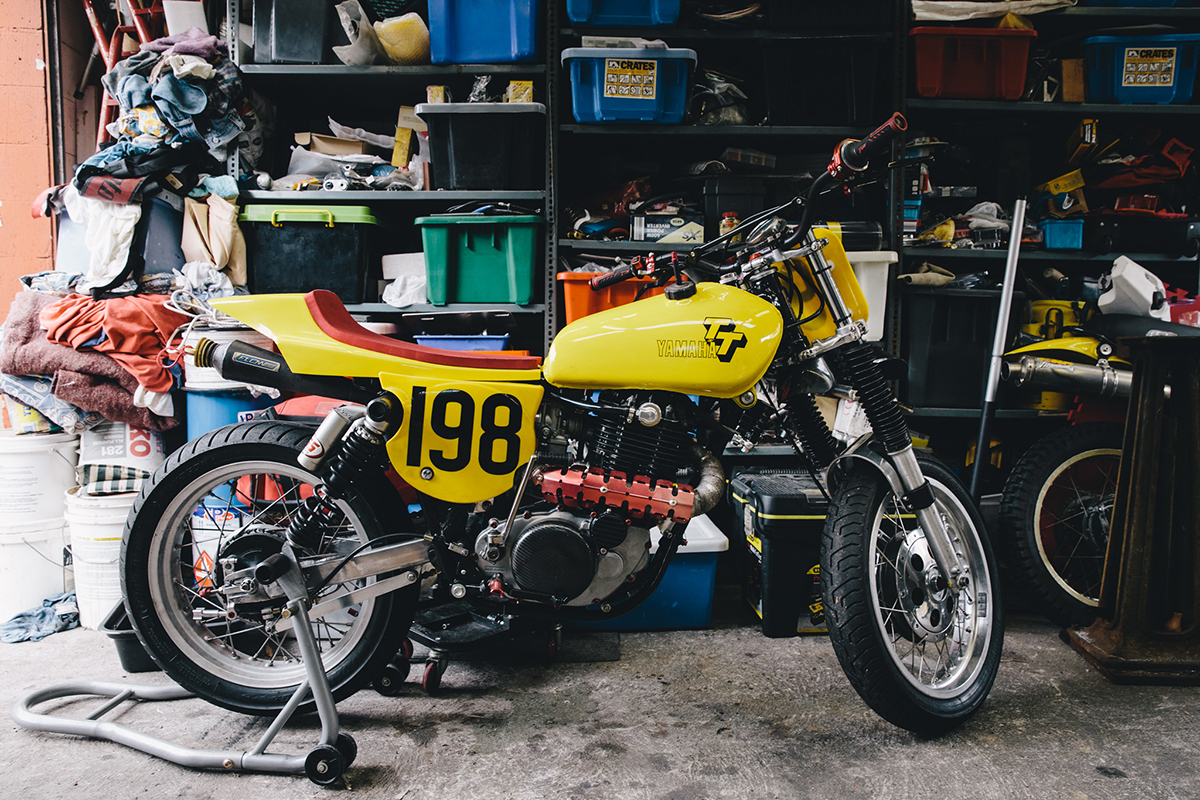 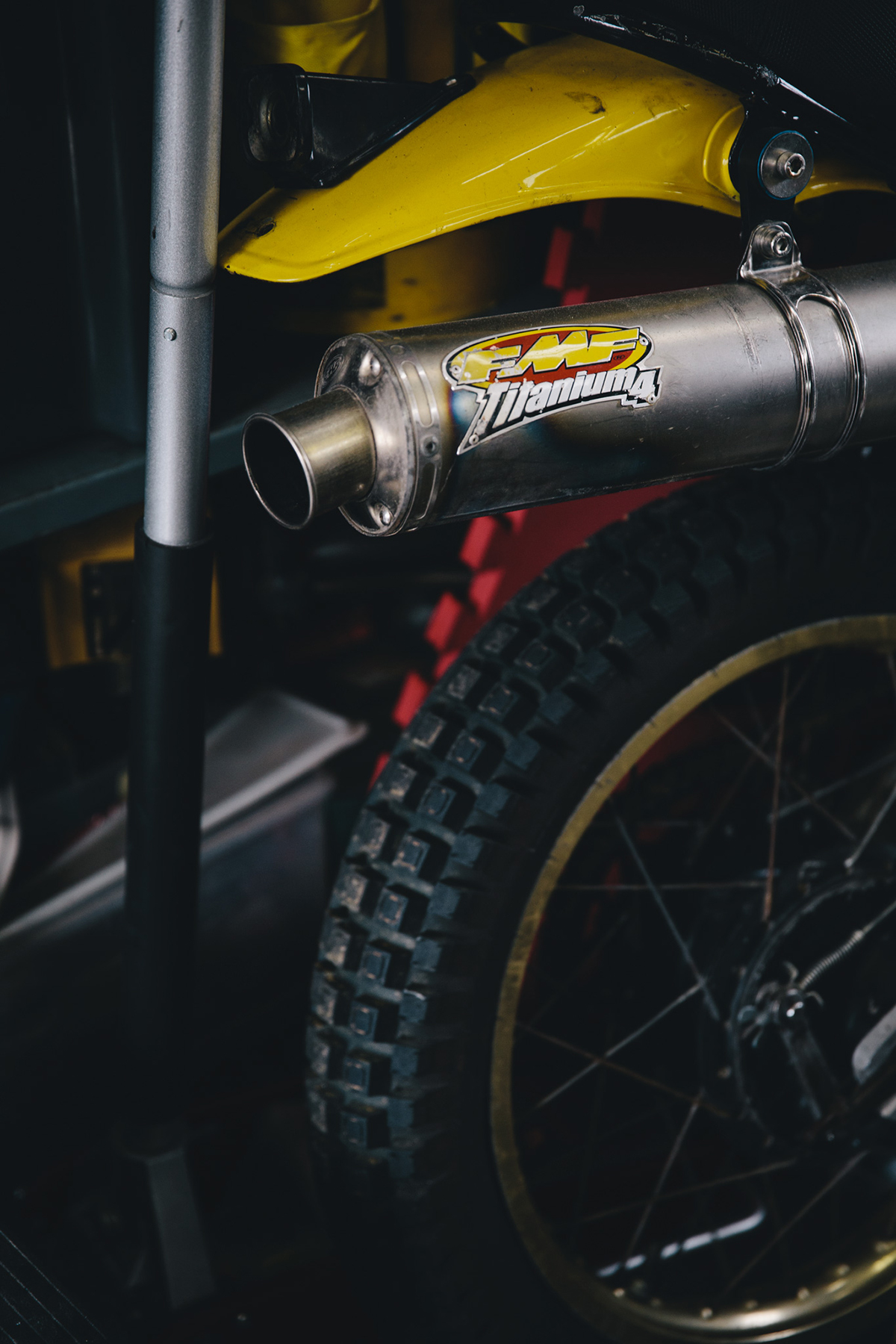 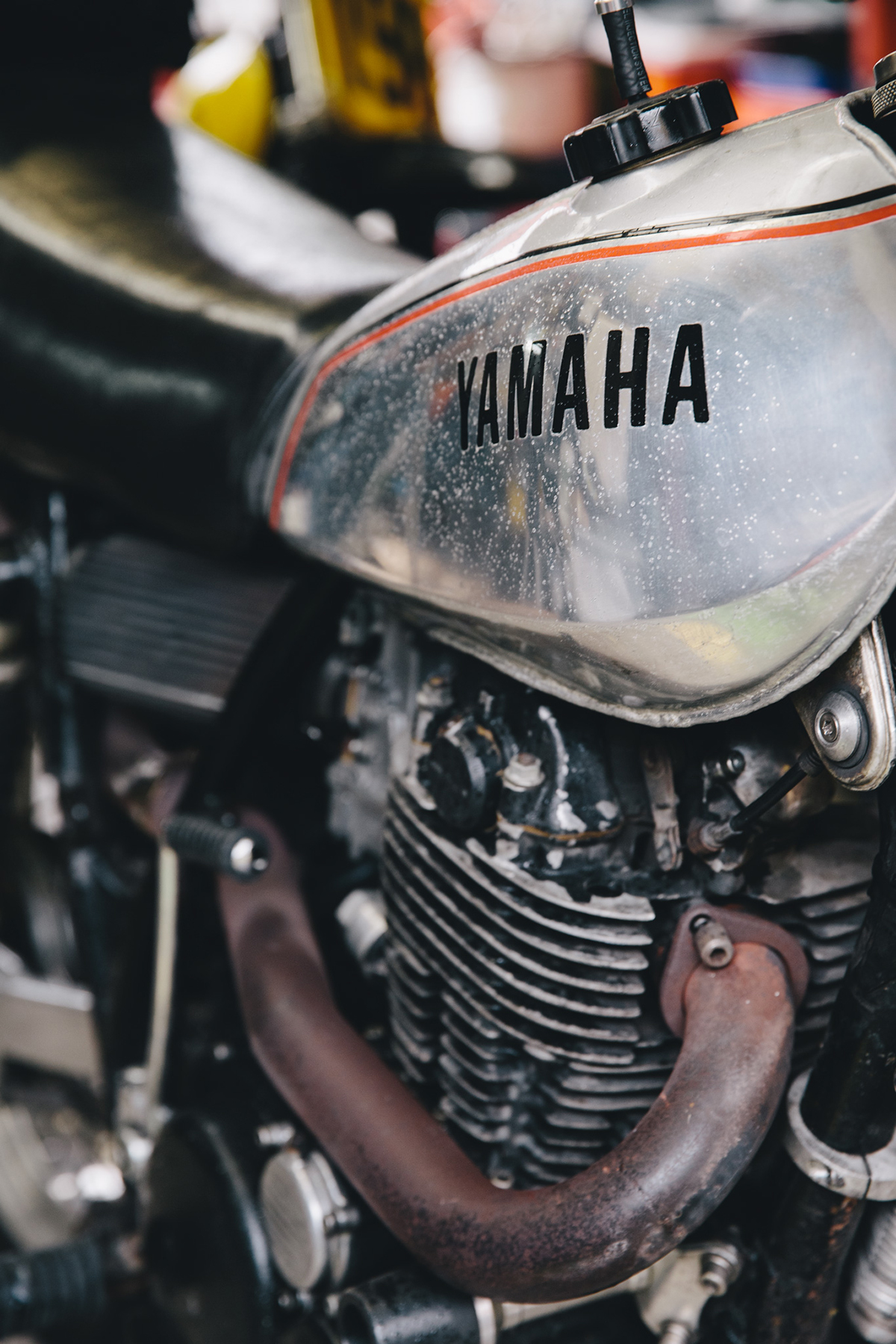 “After my hiatus and I started getting back into riding I was going to fix up the Yamaha RD400 I had from the crash. The handbrake (Read: Mrs) said “no” – I was to buy a bike that was running, and registered. Who was I to argue!?” It was from here that Curly started to notice all the new Motard motorcycles that were crashing through the scene at the time, although he was hard pressed to find one that really caught his fancy. One fateful day however things would make sense for our pal Curly, when a saucy Yamaha XT500 would saunter into his life… 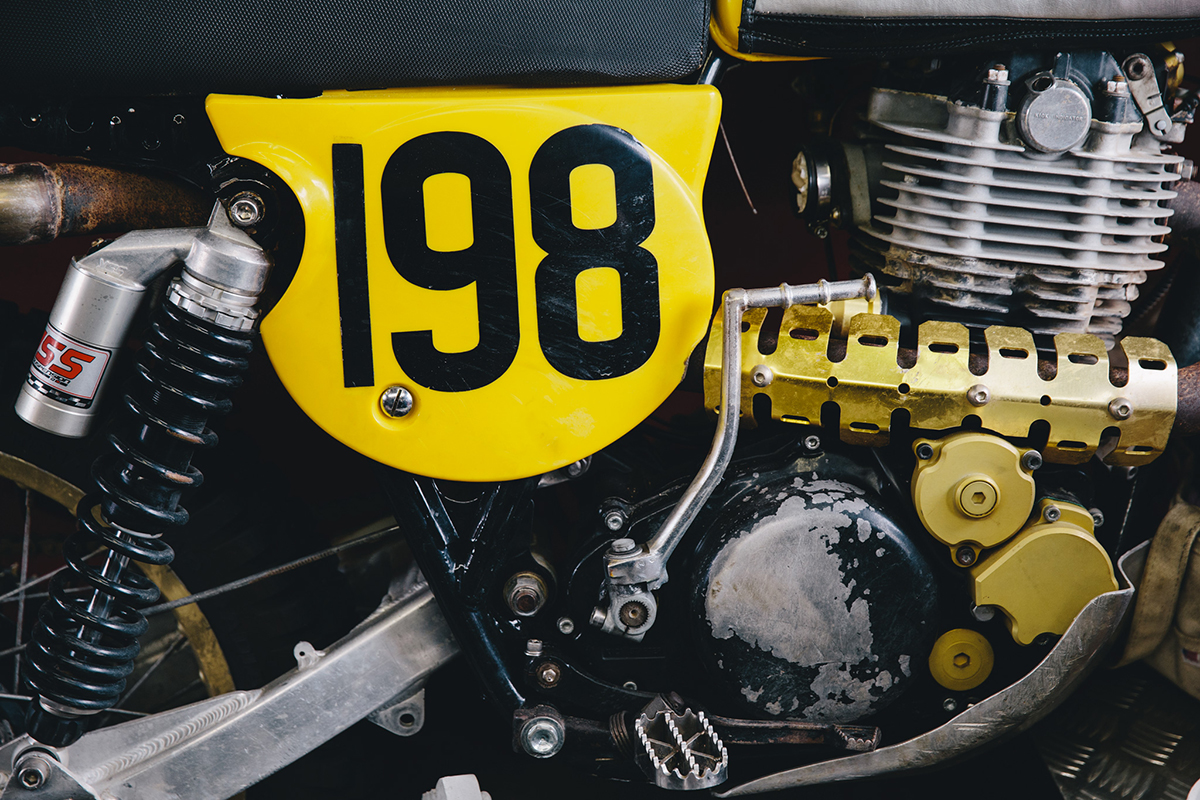 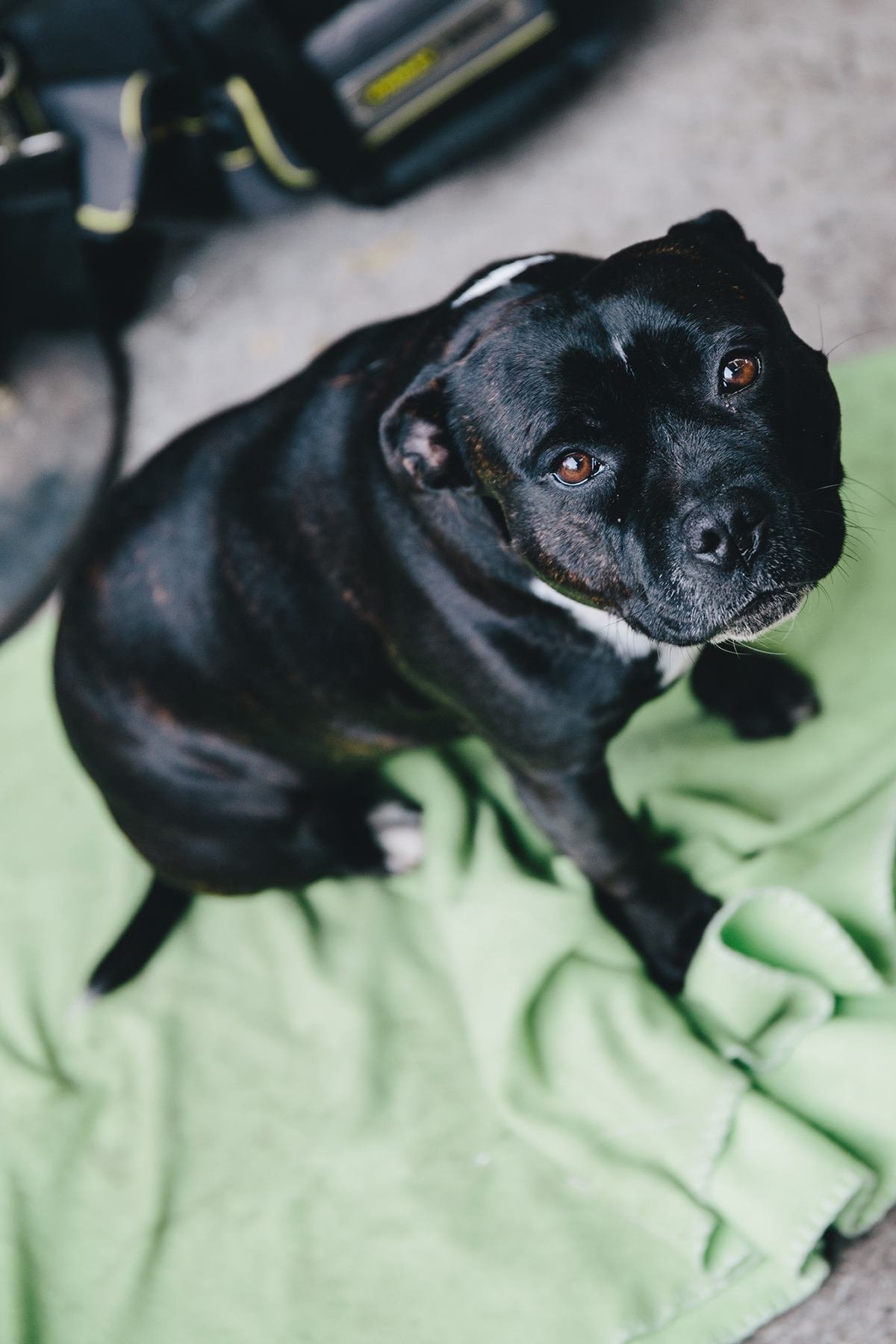 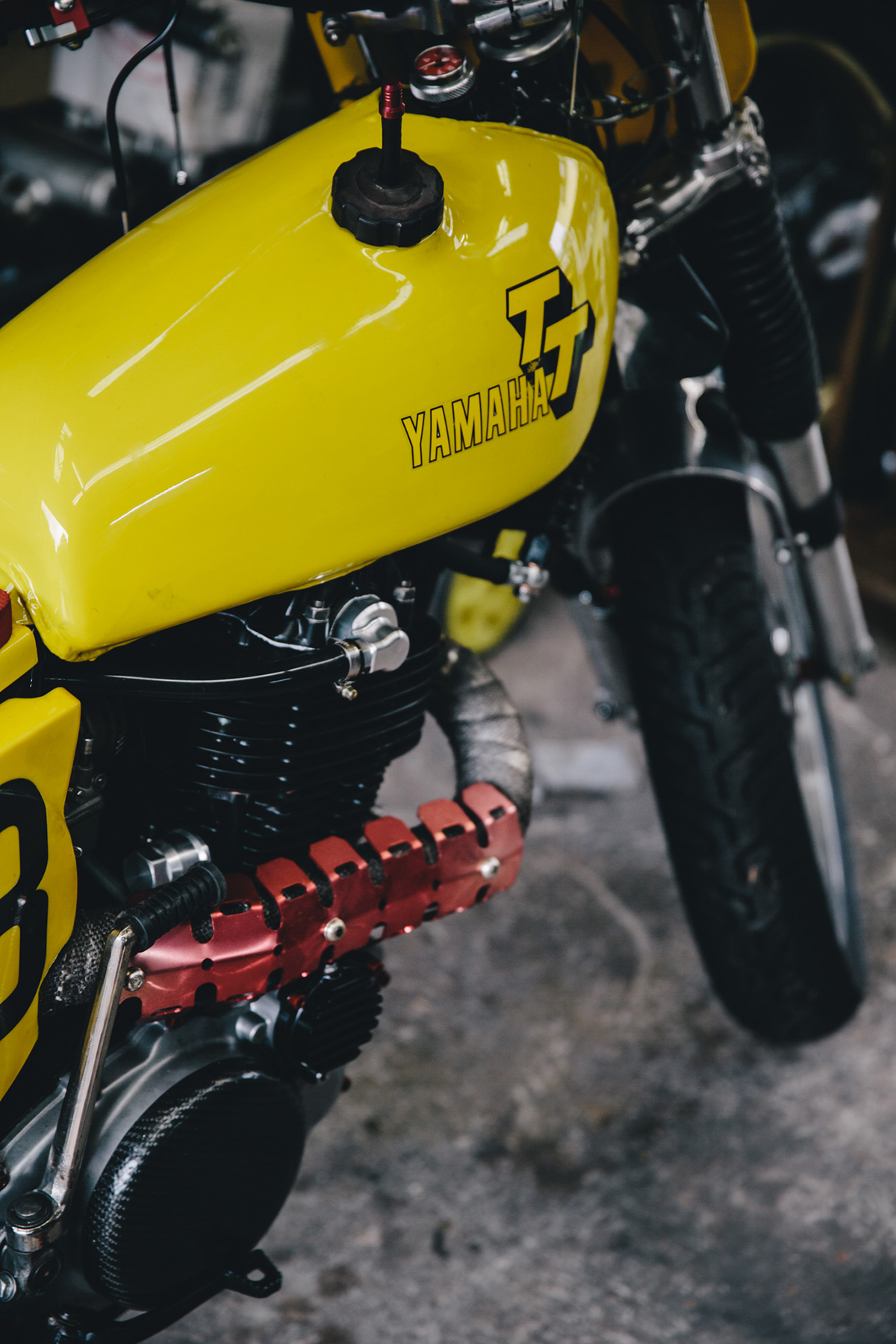 “I’d seen an advert for a Yamaha XT500, and the memories of my teenage years watching this one guy pull the longest mono’s down the back beach of Coffs Harbour came flooding back – I had to have it!” And so it was. Originally purchased with the intention of doing trailing riding, Curly soon found that the bike was a bit too nice and original to deserve the abuse of bush bash. So he did what the only thing that any sane man could do; buy another. And another. “You know the saying, “When have you got enough bikes? Count your current collection and then add one. My main interest is the XT/TT 500. I love its motor, handling and reliability. Oh, and don’t forget the sound and backfire on the overruns.” 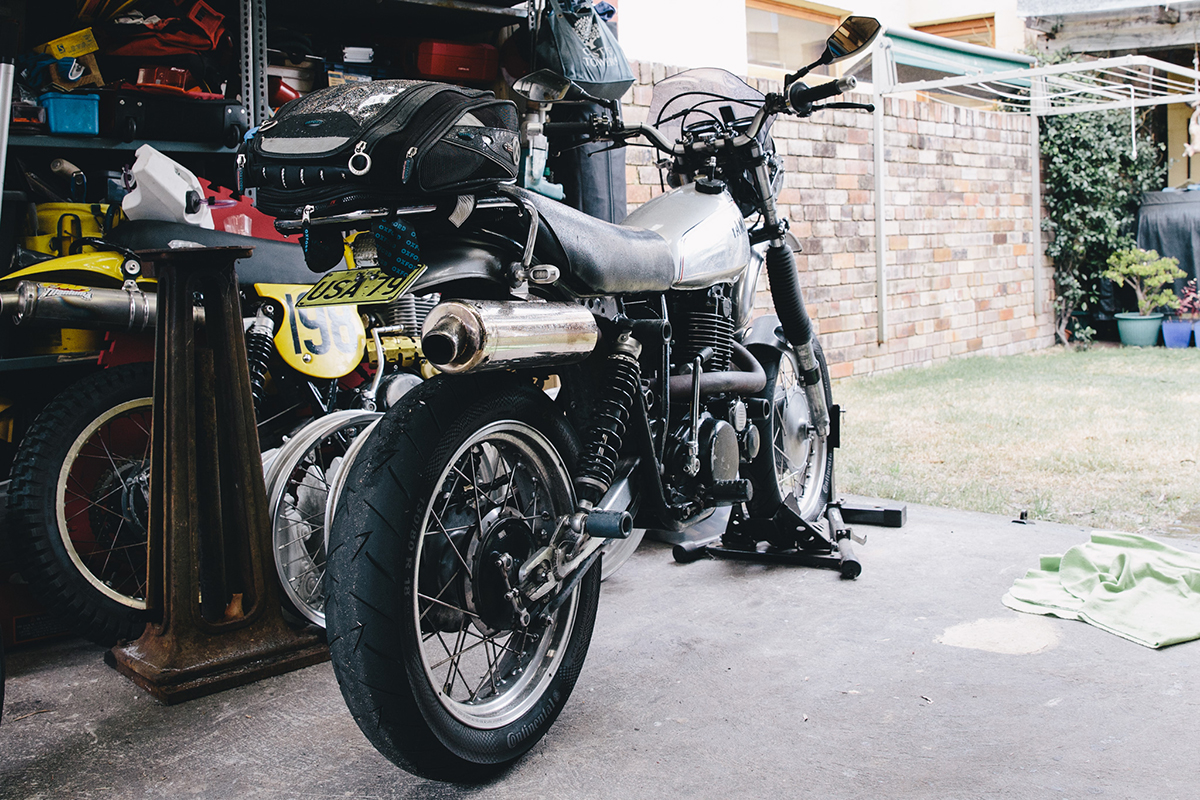 These fine steeds are all kept together in Curly’s garage, but what kind of work is going on in this space? “Argh! The “W” word! I wouldn’t call what I do in the garage work. More like therapy. I’ll be doing anything from carpentry work as I slowly build our house, to building the collection of XT/TT’s. With my health issues I don’t get to spend as much time as I’d like in here – the progress is slow. The yellow dirt bike took 4 years to build, and the new toy is just on 7 years! But they’re good years spent, that’s for certain.” 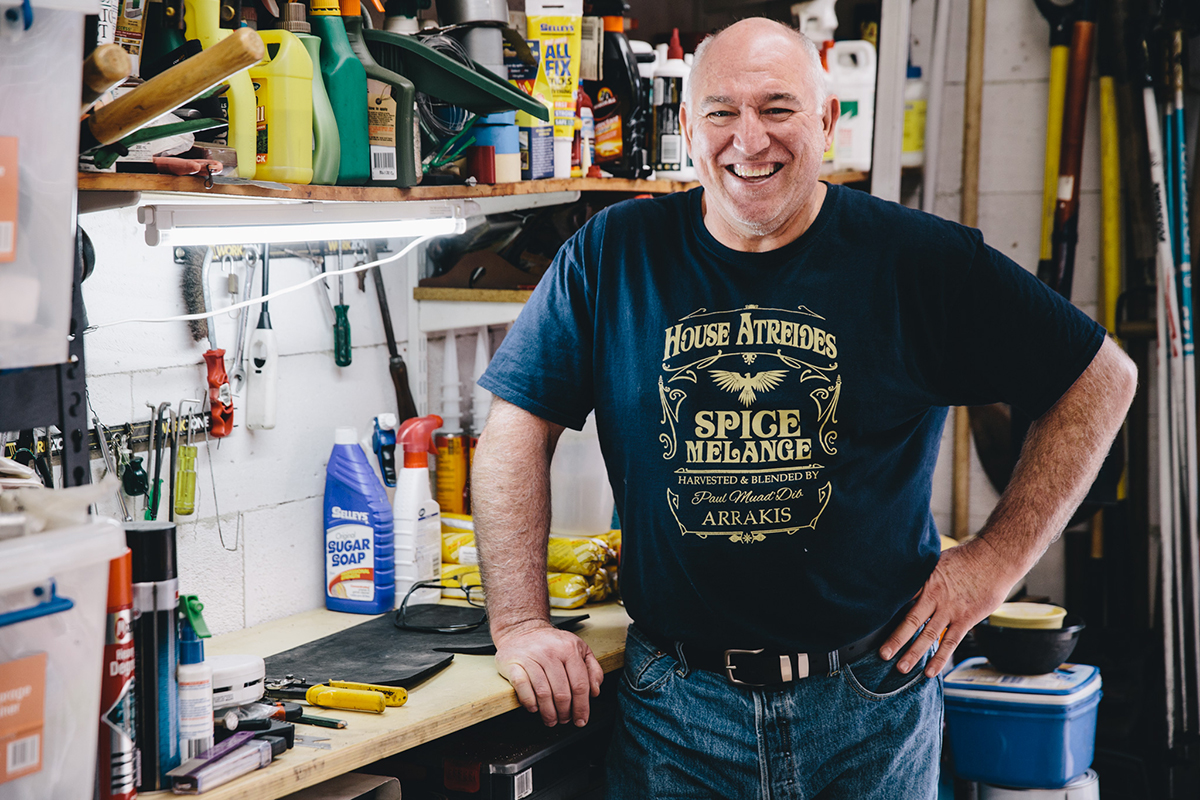 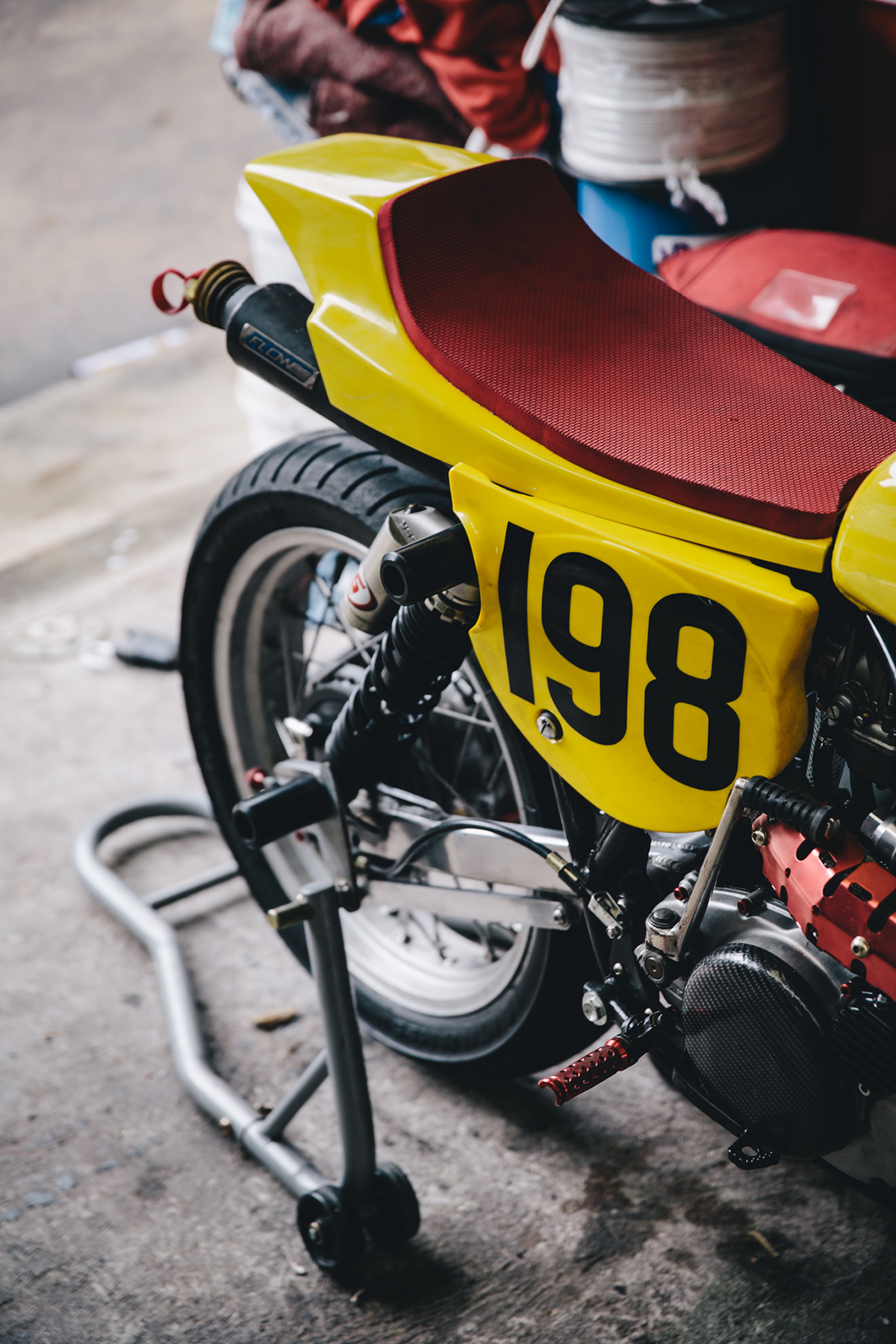 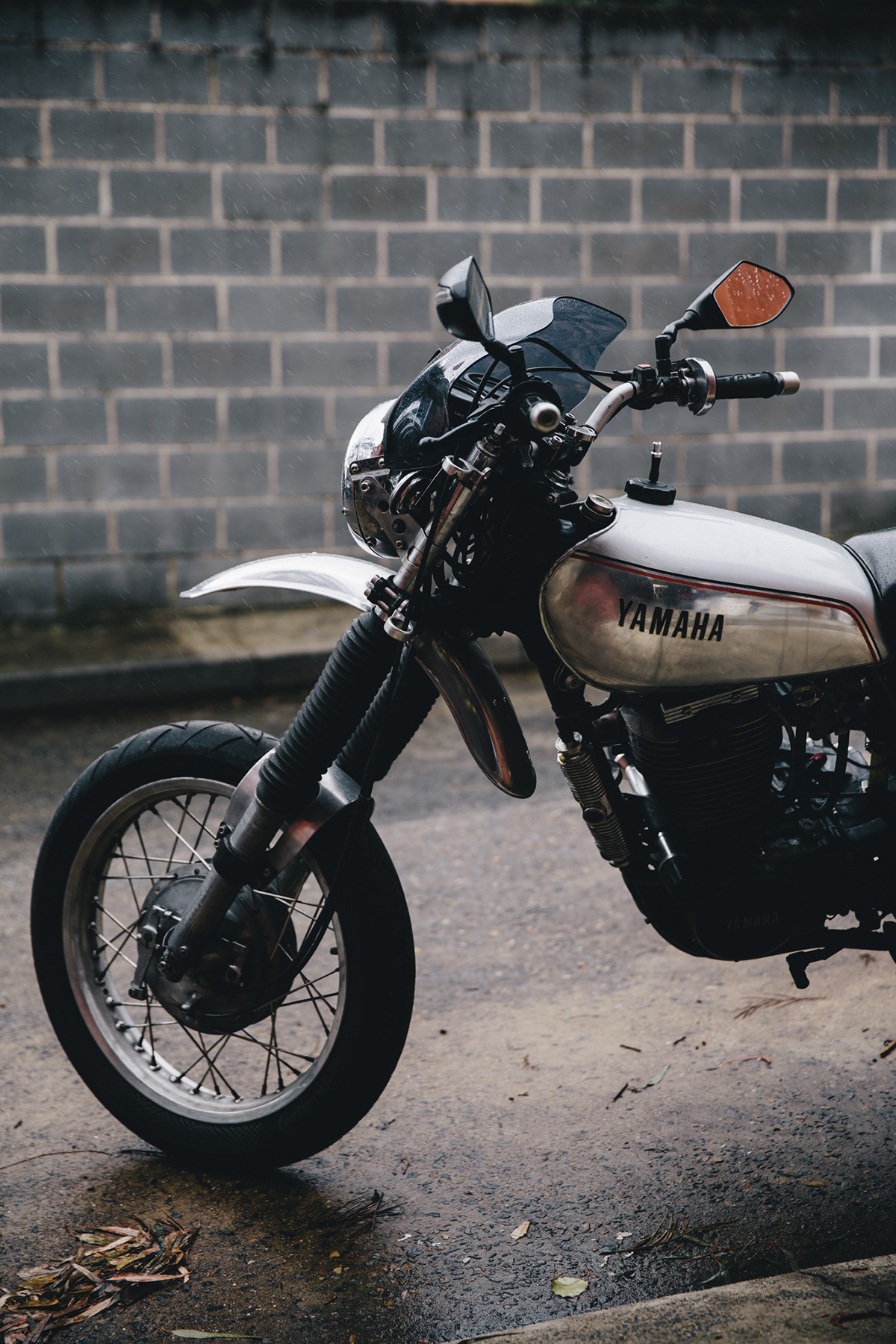 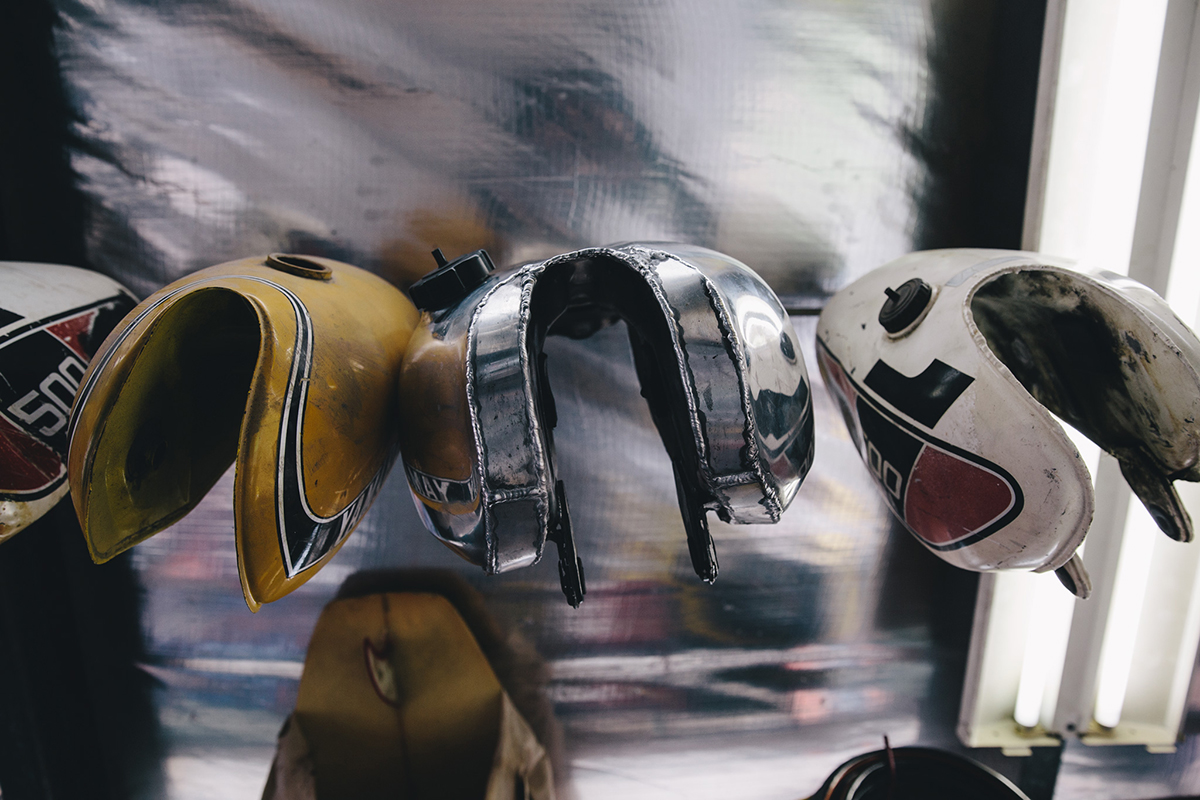 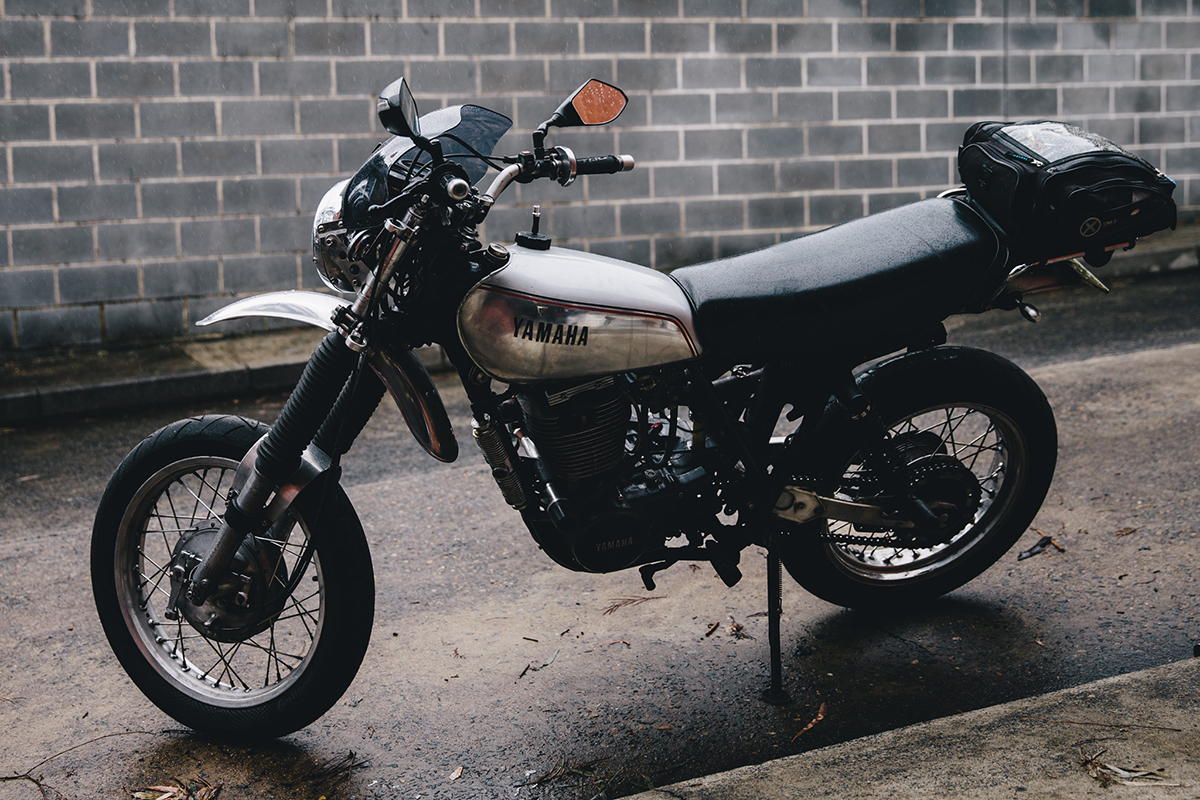 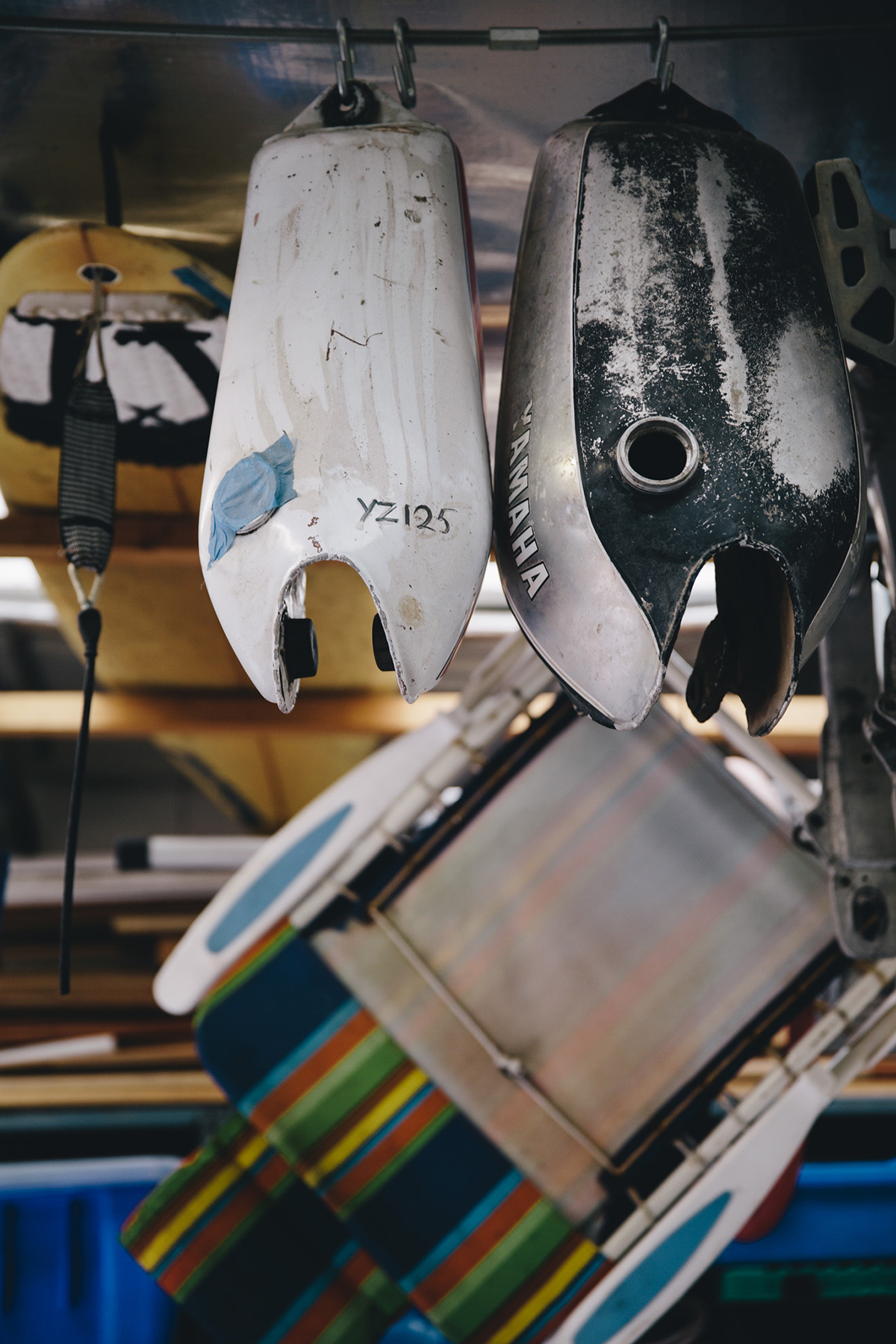 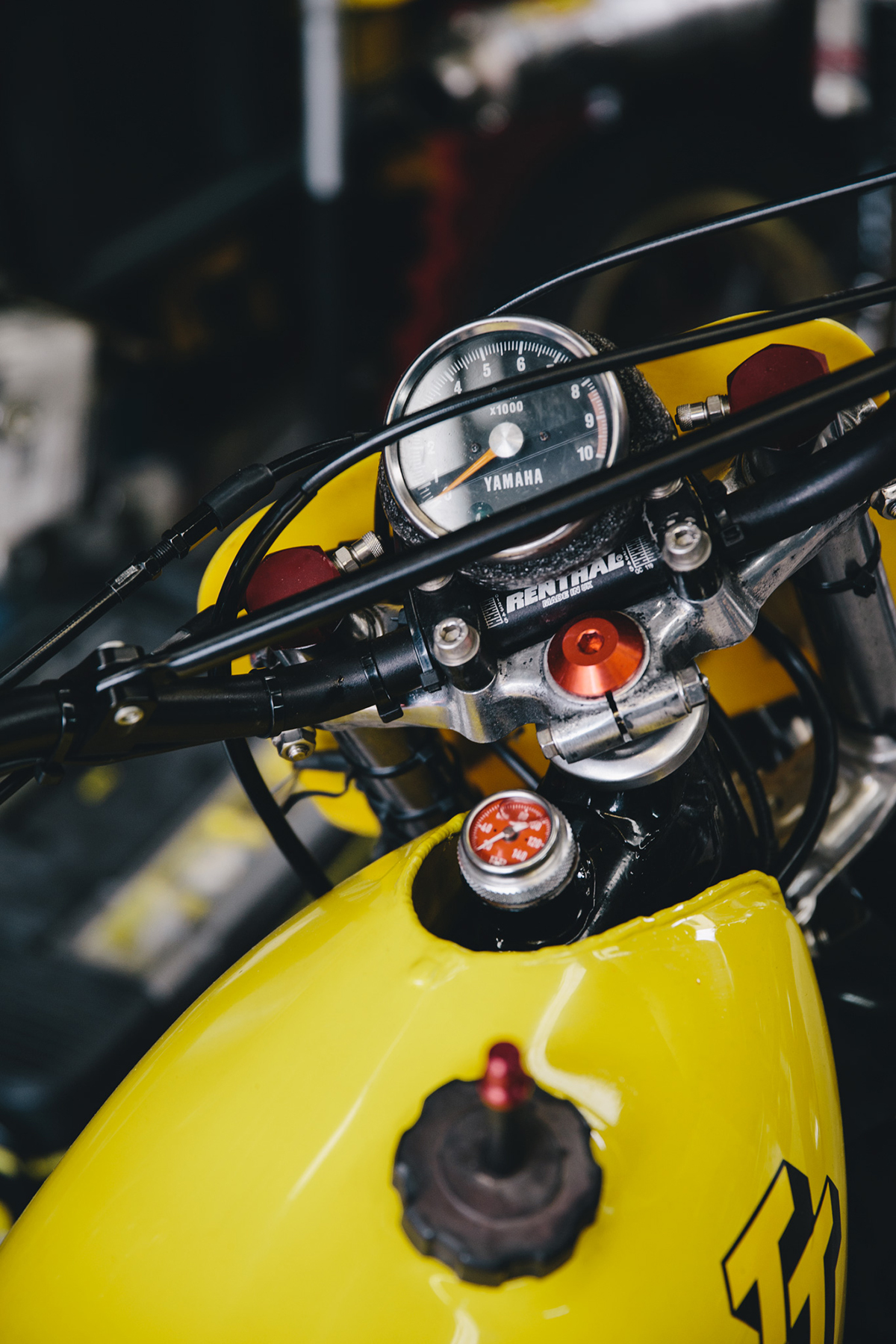 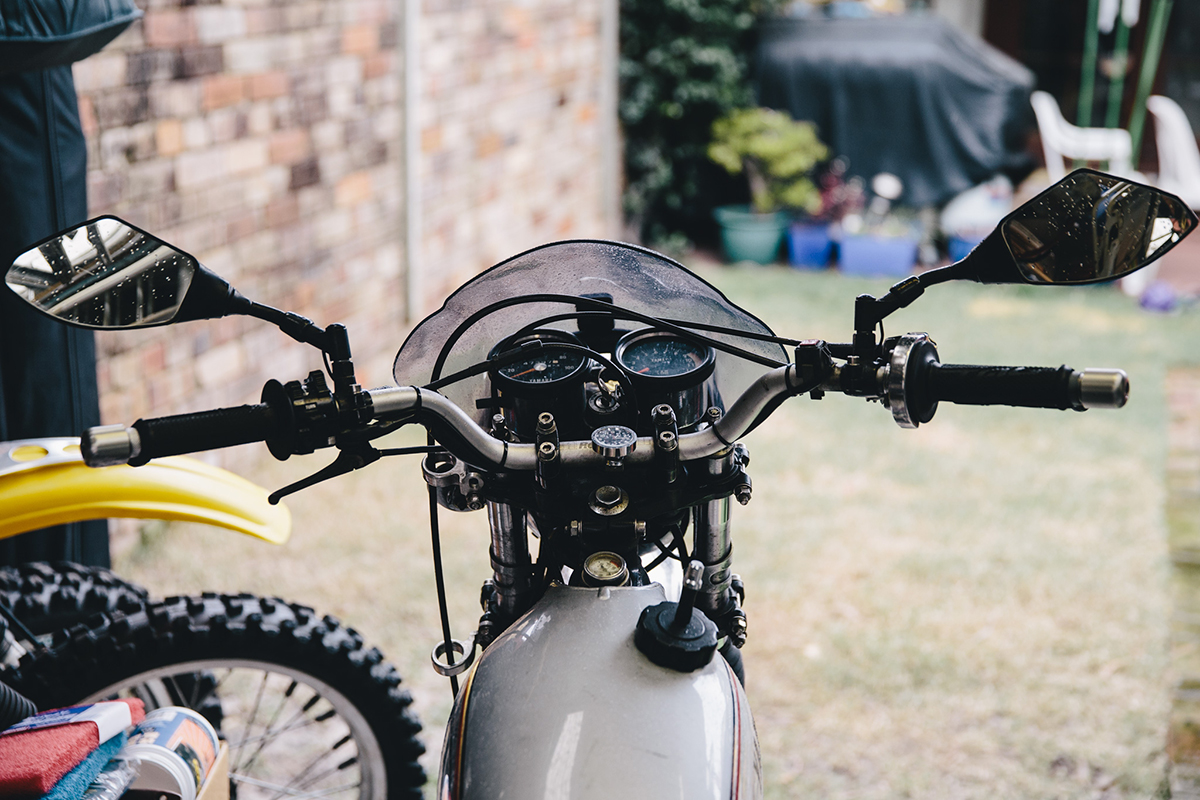 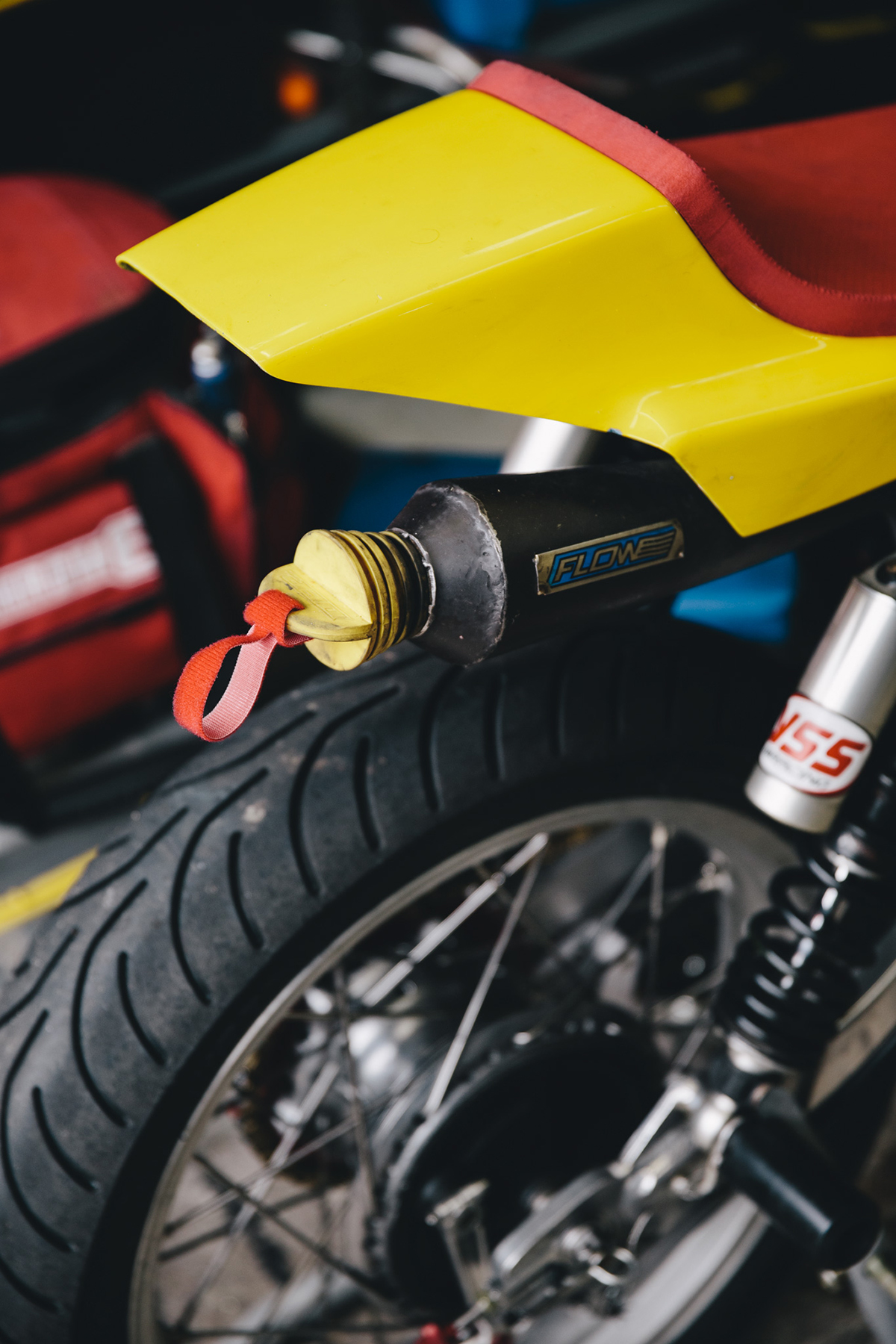 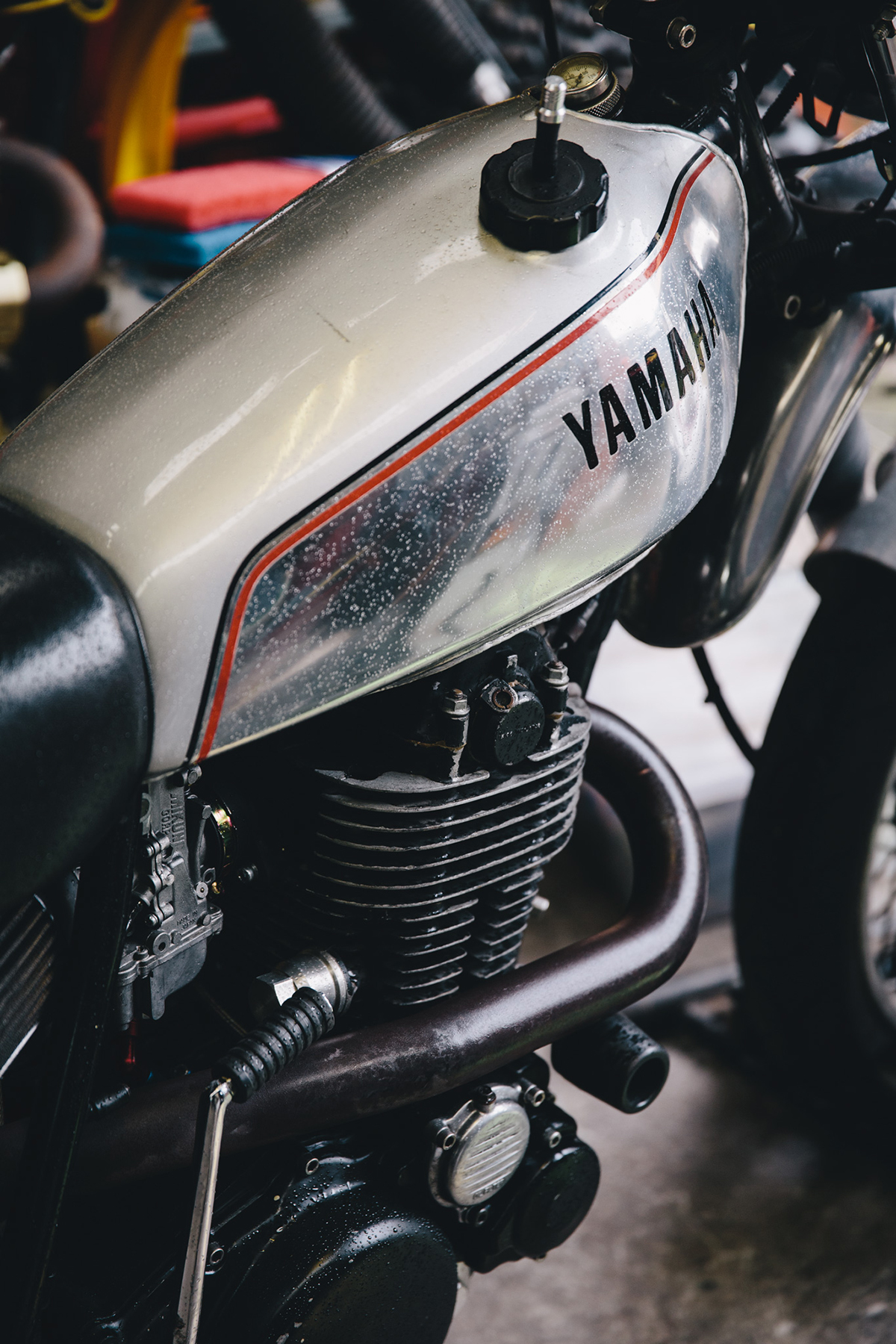 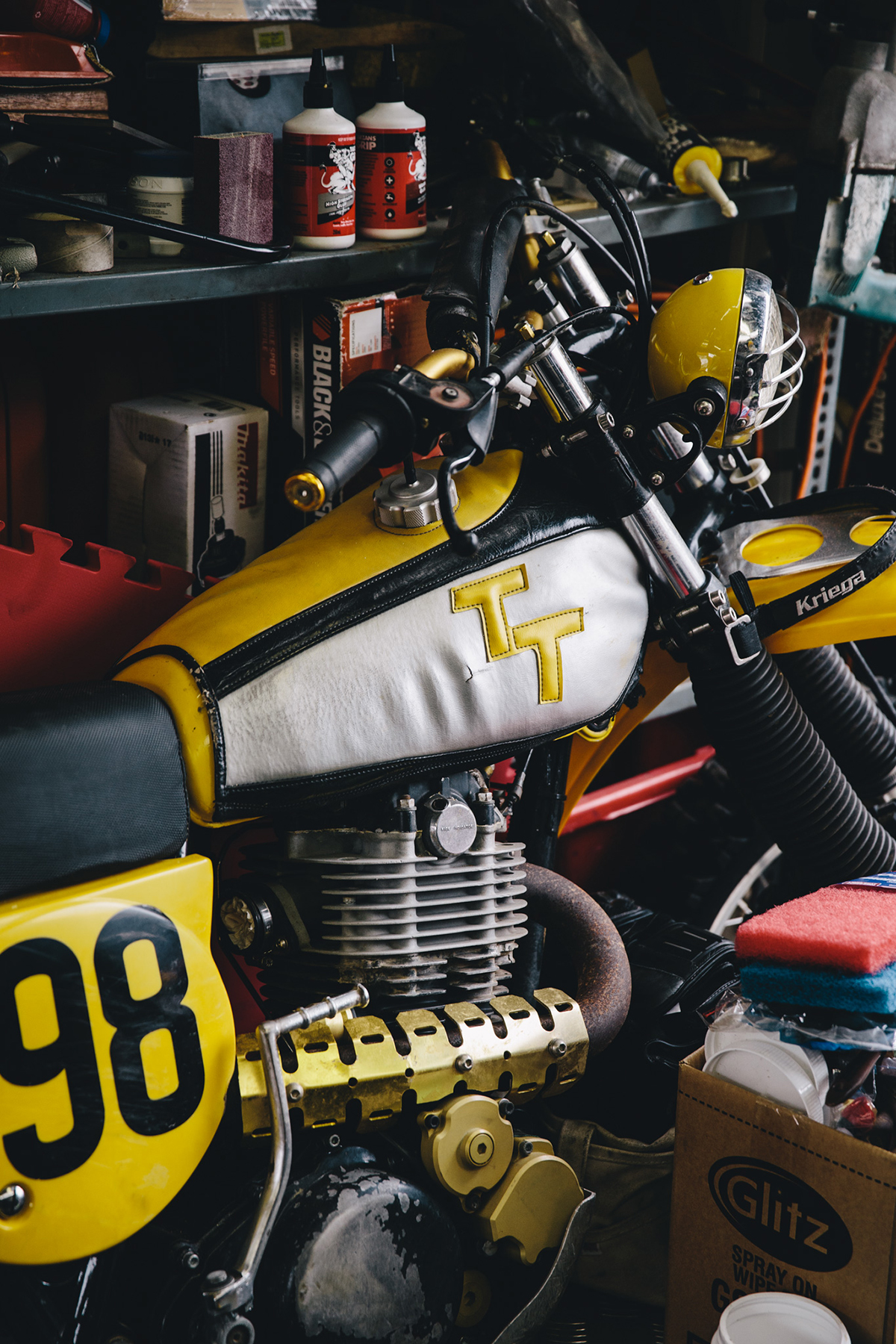 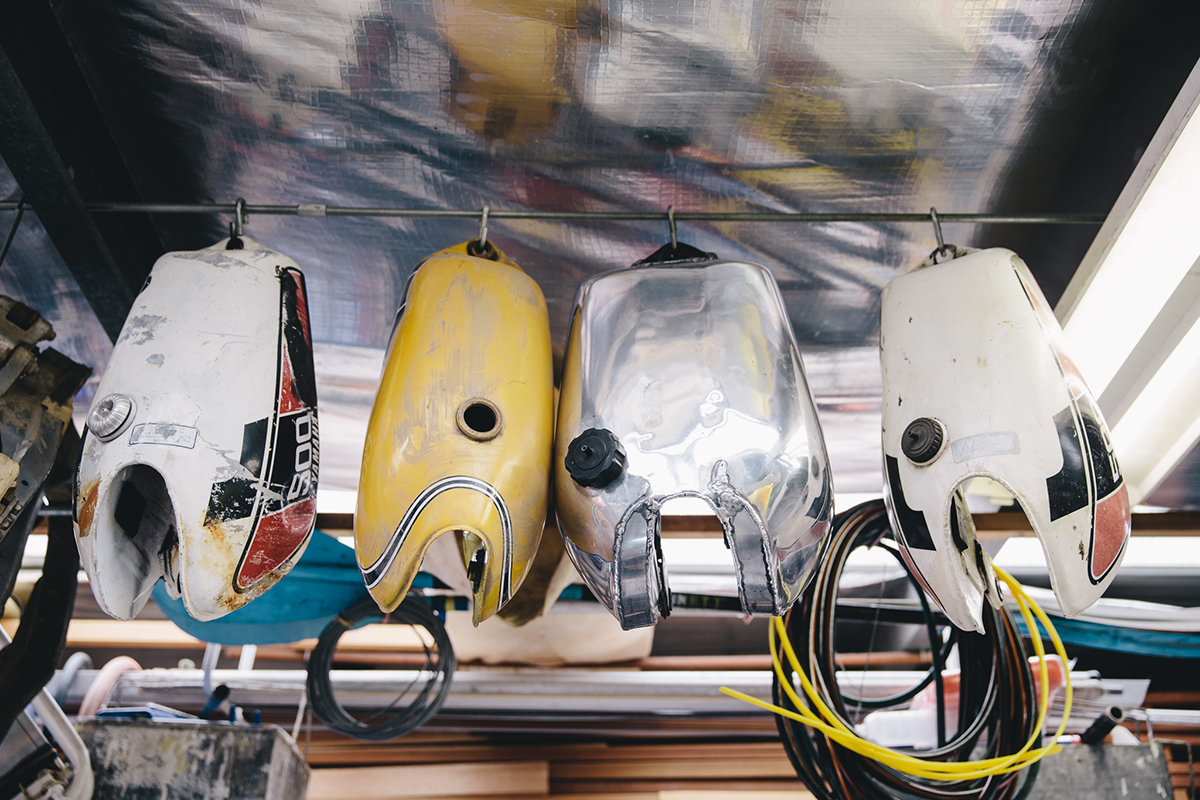