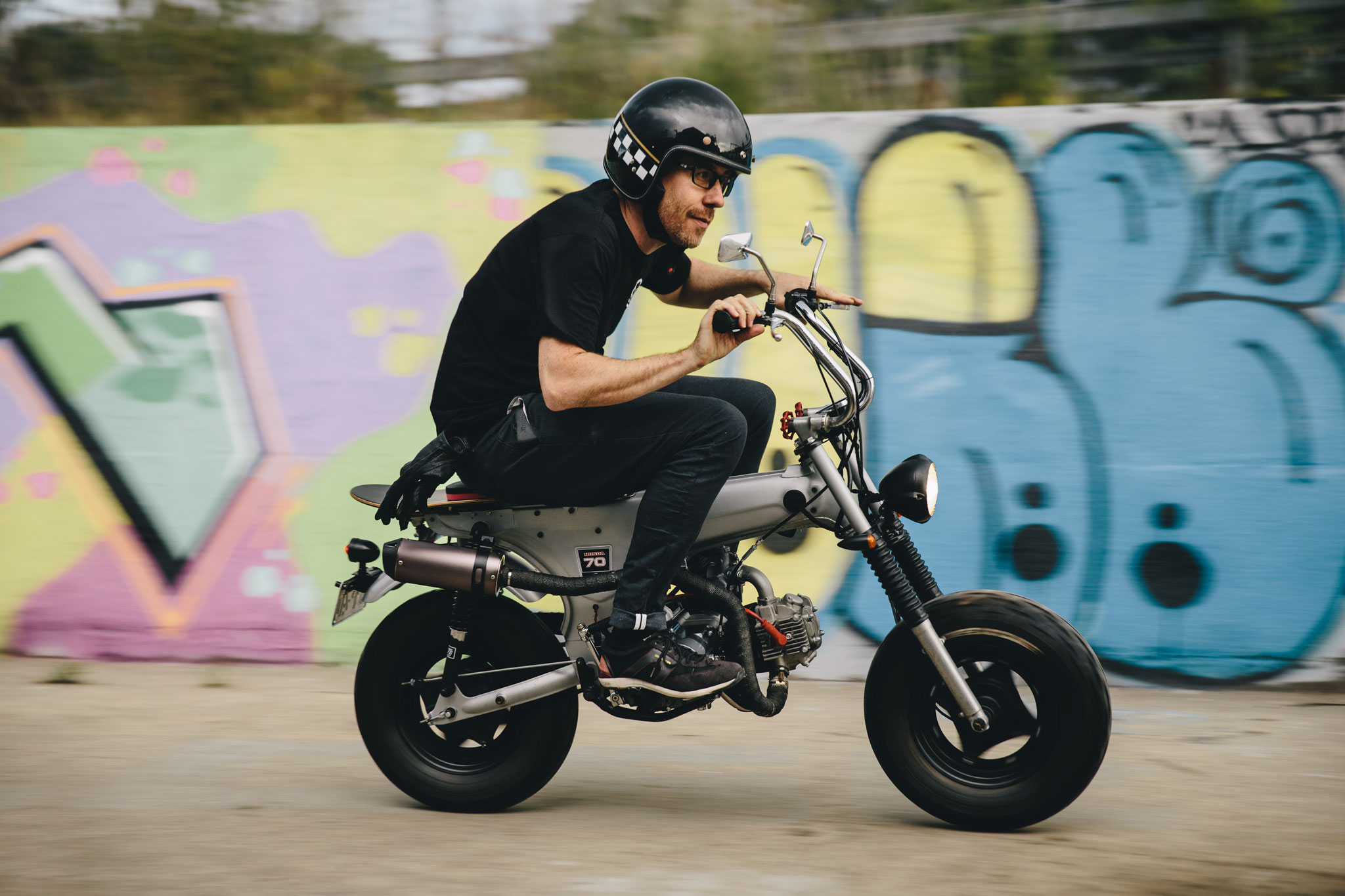 It was at Throttle Roll 2015 that the seed of inspiration for a bike was first planted in Andy’s mind. A hearty amount of ales may have also contributed to this new idea – but we’ll definitely take part of the credit for this magnificent micro machine that was the final product. 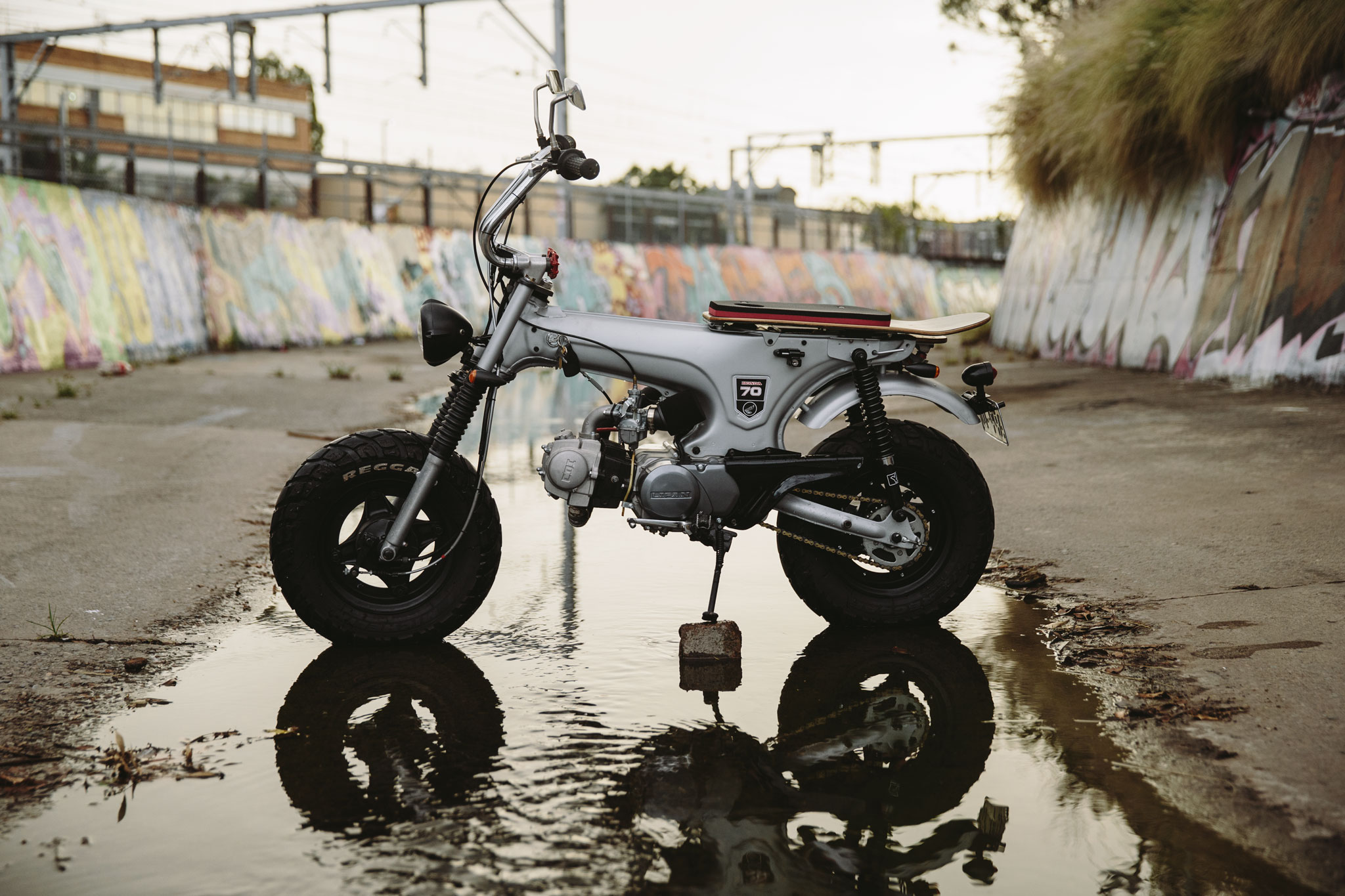 Andy’s been riding bikes since he was a young lad back home in Germany, scootin’ about on the likes of a Yamaha RD350. Legend has it that he got lost on a ride and ended up in Australia instead of Austria. Being far too lazy to traverse all the way back, Andy decided to make this new country his home. Regardless of the facts, a much older Andy was now living in the Australian Inner-West. A thriving area for motorcycling; particularly for custom machines – despite the lack of shed space 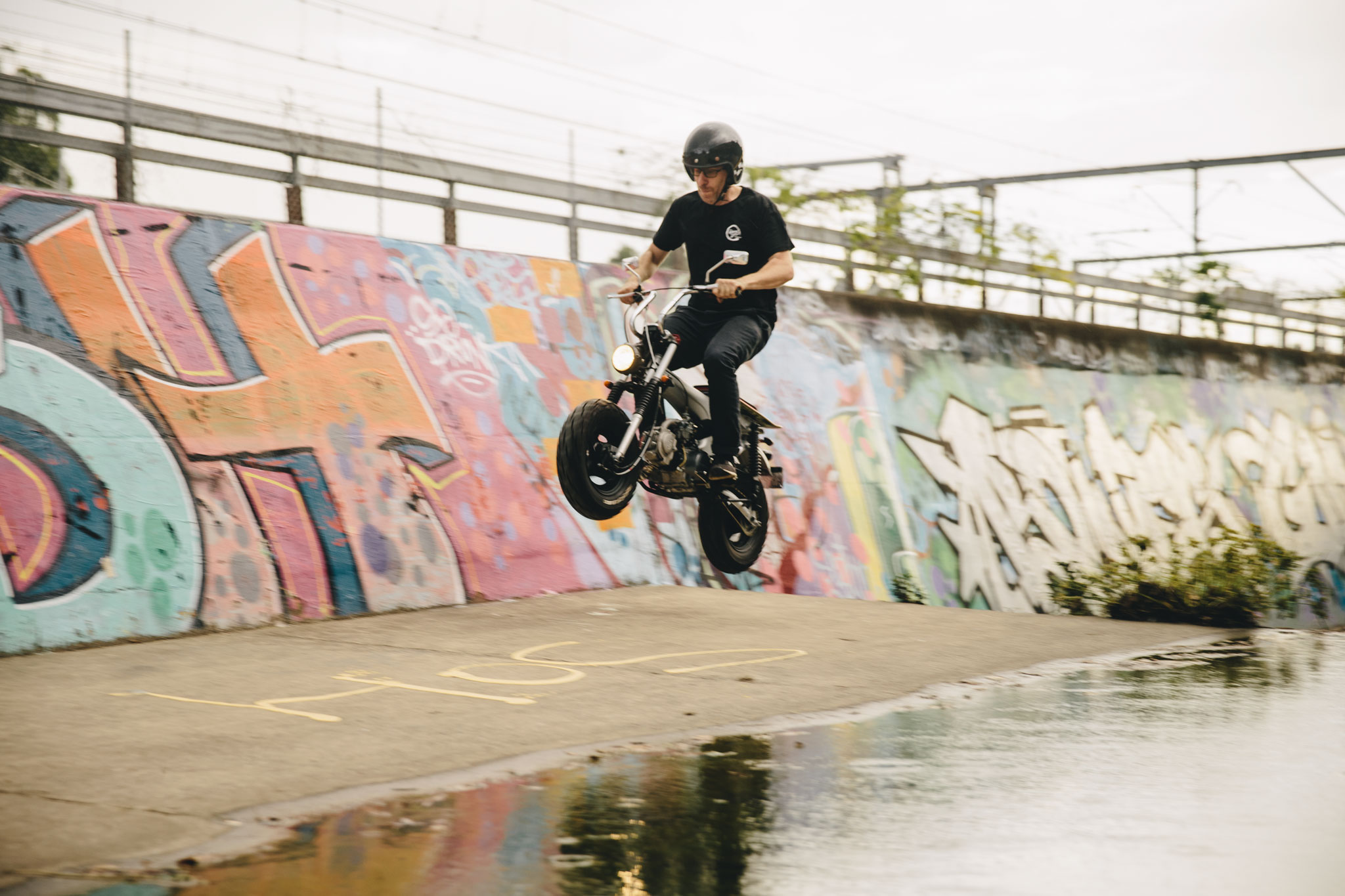 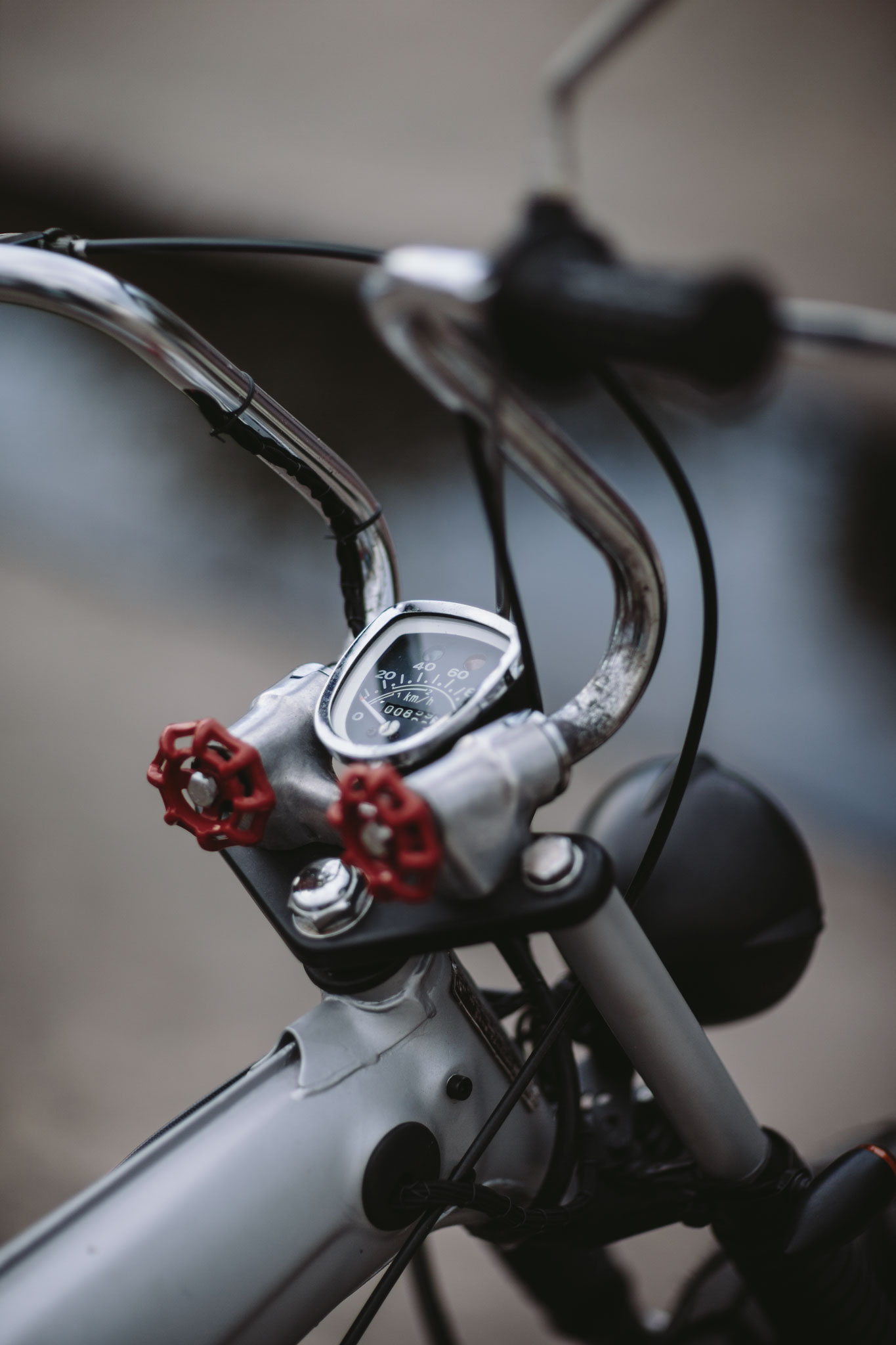 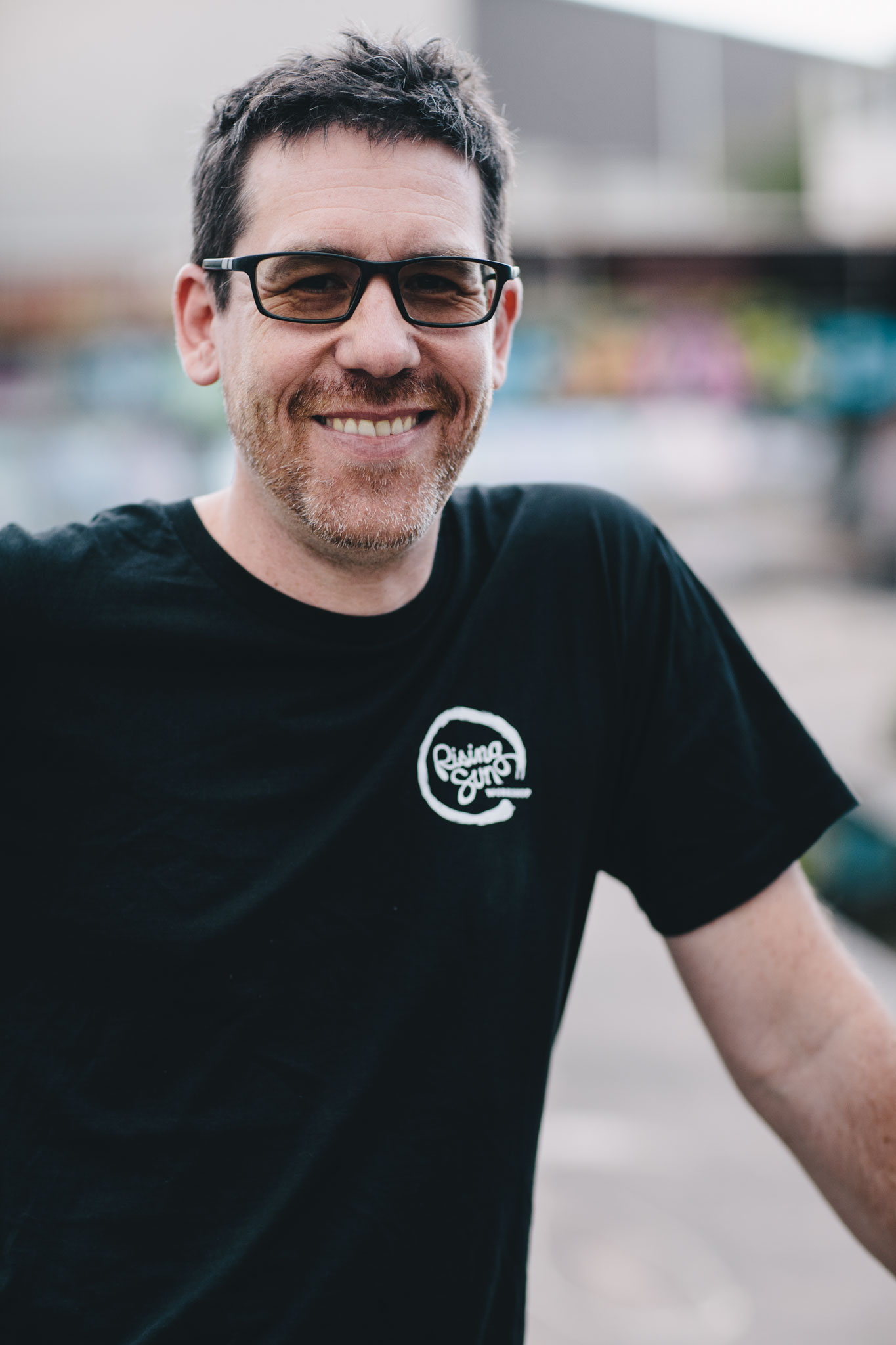 It would be these restrictions that would help influence his new project, as Andy had the sudden realisation at Throttle Roll 2015 “Hey arsehole, why do you only fix washing machines – why not a motorbike?!”. Soon, more and more wild ideas began to fill his head as he poured over the custom bikes that were on display. “And so I bought this little beat up 1974 Honda CT70 which had the series no. 666 from an antiques shops in Newtown. A somewhat unlikely place to buy a motorcycle – this machine had been to hell and back! Everything was worn out, busted, or missing bits. I had made myself the deadline to complete this bike for Throttle Roll 2016 – how hard could that be?” 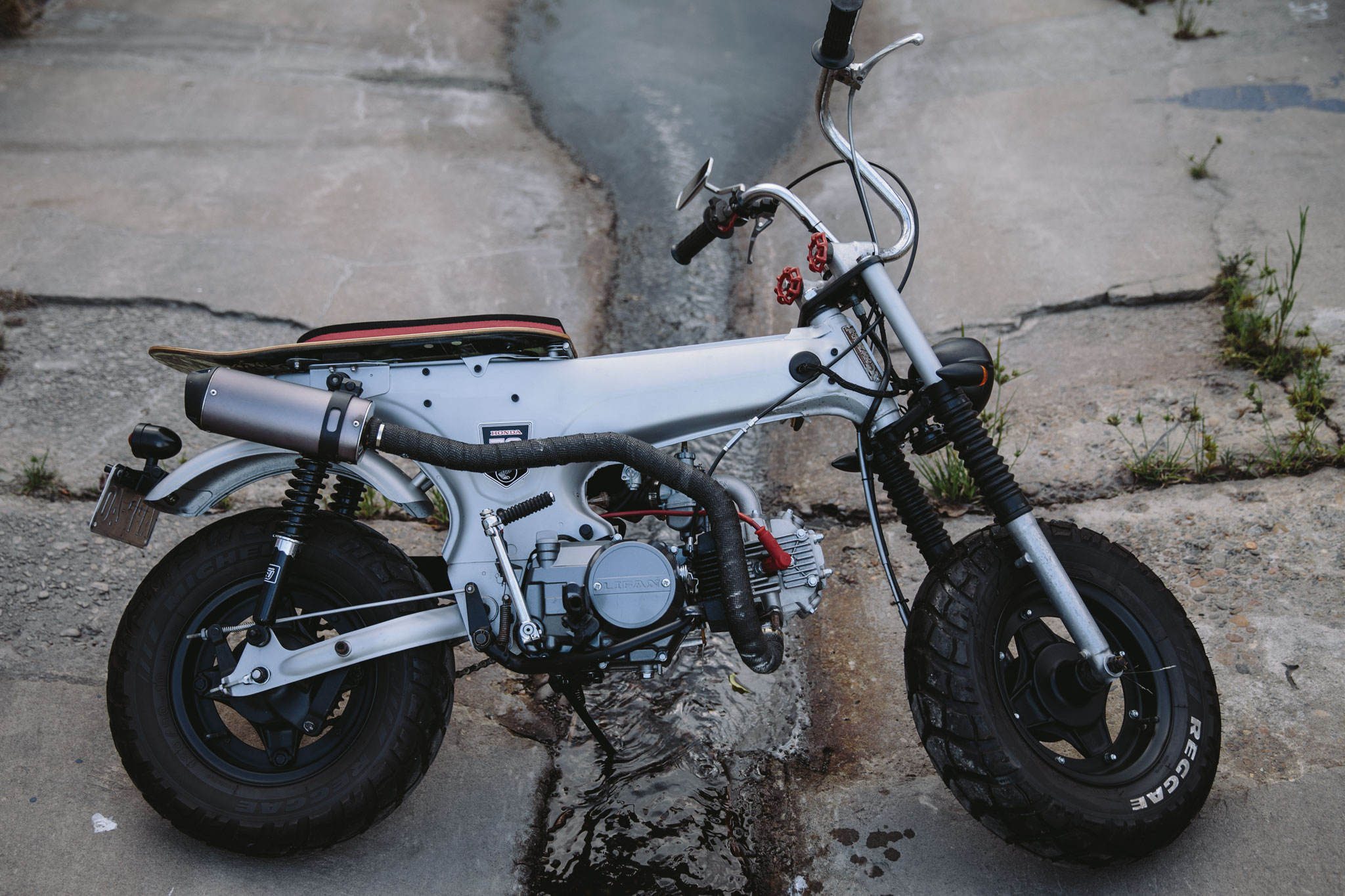 Living in the city, things such as sheds, garages, well… even car spaces are tough to find at times. This little beat up Japanese motorcycle would be perfect to work on with his limited space – and so the madness would begin. “I started with the front forks first which were badly pitted with the bearings all shot. The tyres as well were basically none-existent! This is where the build started for me, and soon it started to take shape the more I chipped away and fixed it – now to just make it run! I wanted to make a bike that was custom to me, and to complete everything from painting to the wiring and welding myself”. 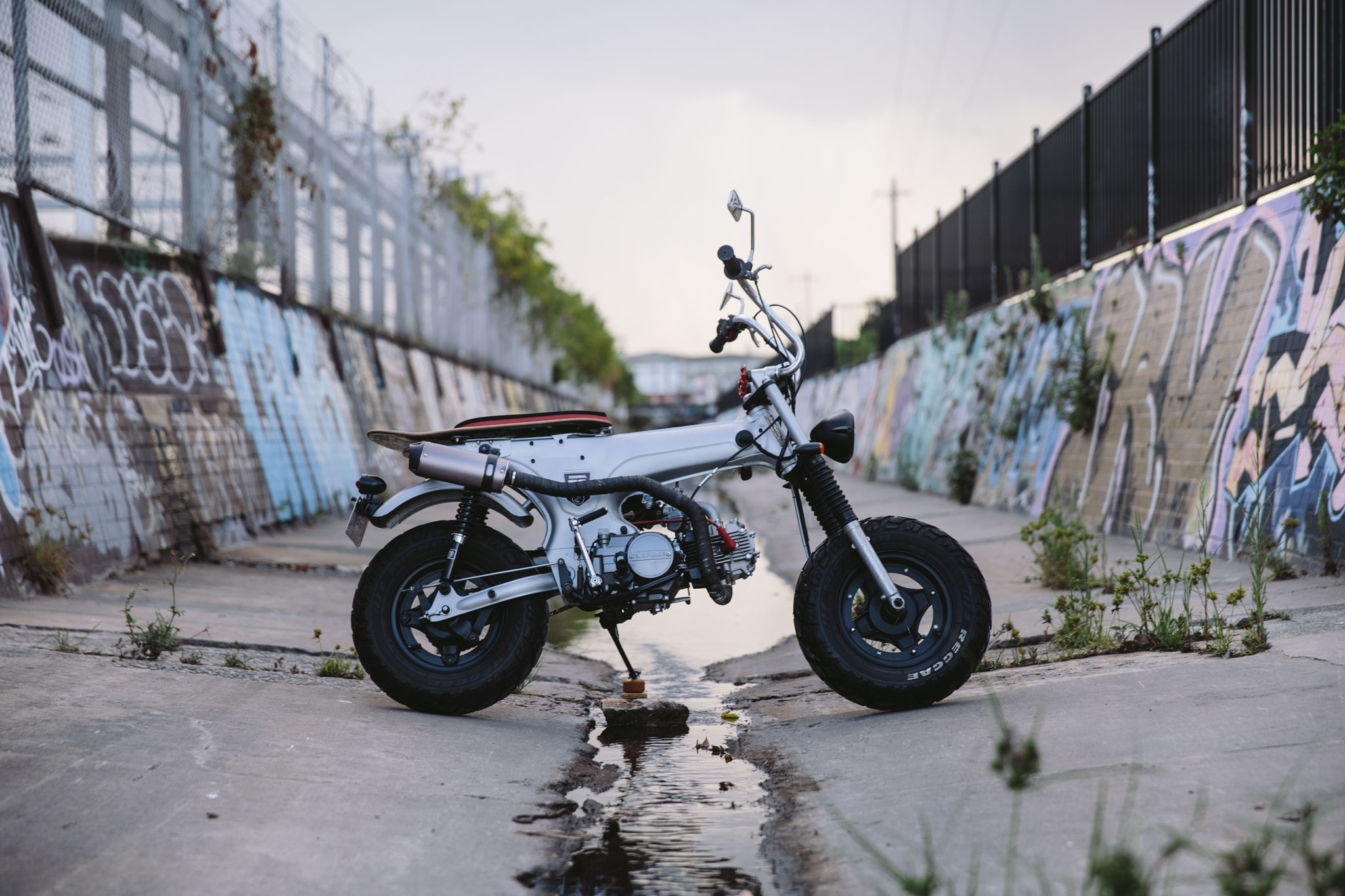 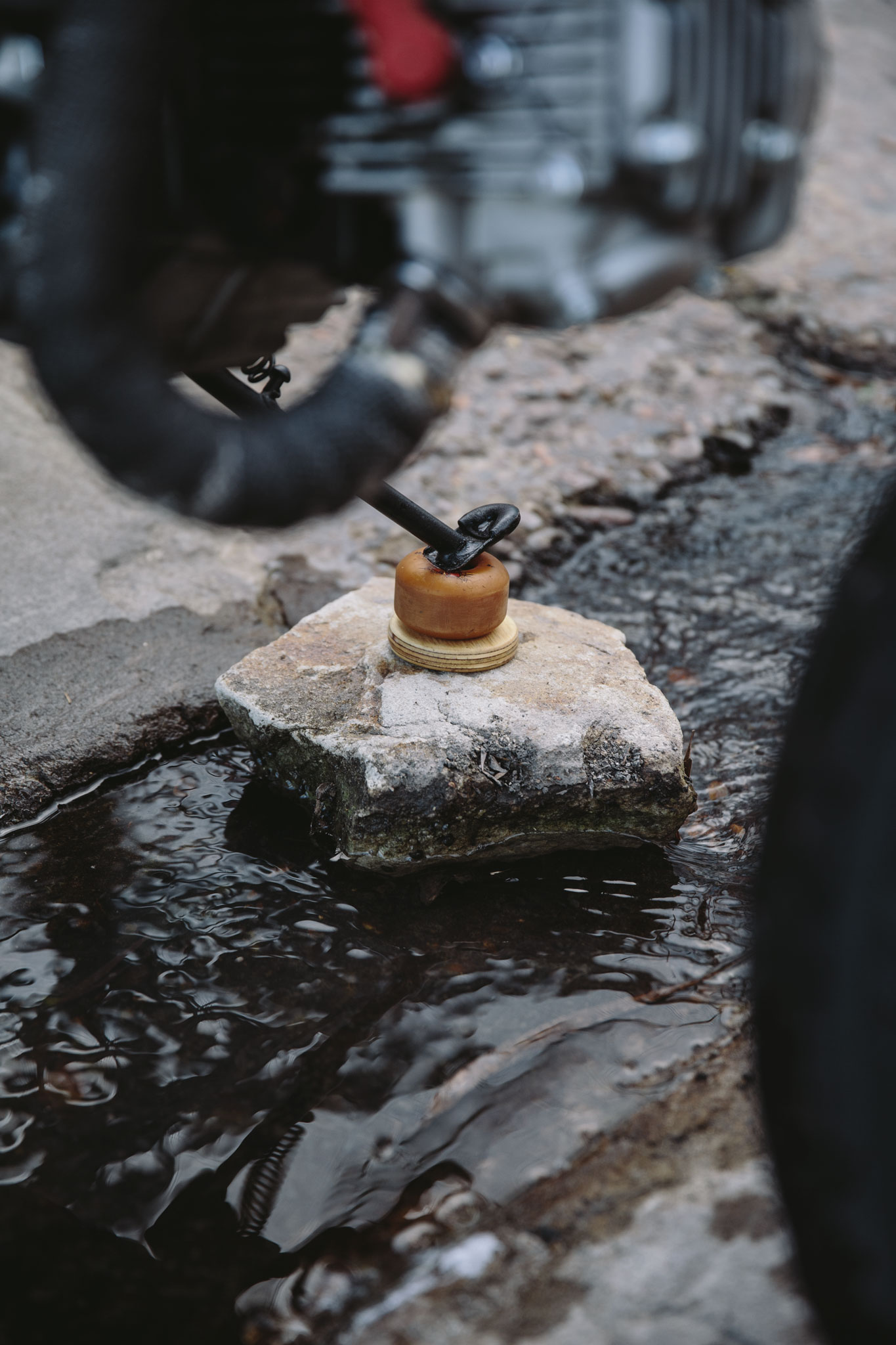 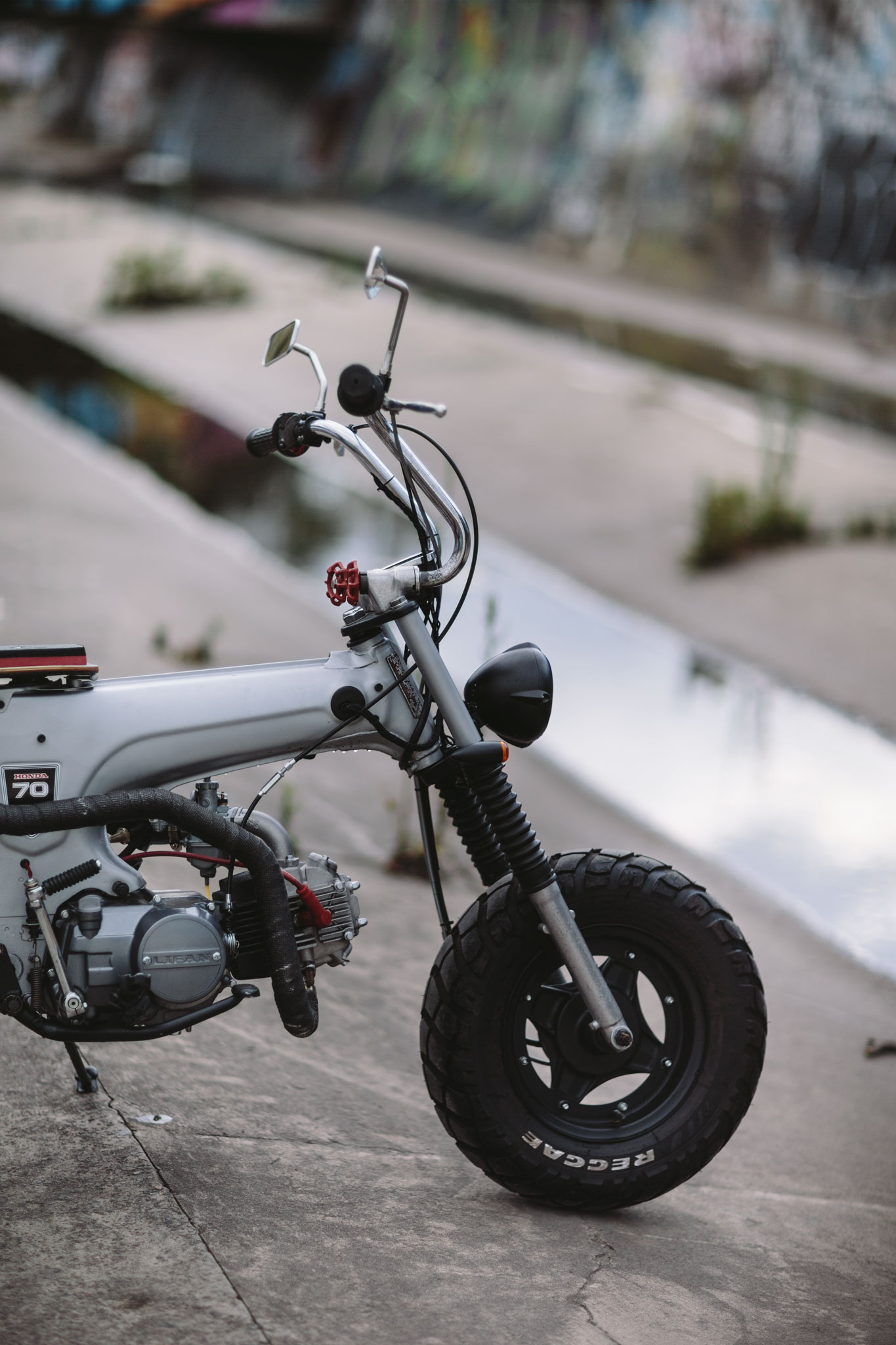 A dose of ‘90’s California skate charm was added to the bike as an old skate deck was transformed into a seat, with the trucks to house the rear indicators. A skate wheel with some wood also provided as a handy portable kickstand extender, as the stock one was more horizontally inclined. Initially, Andy was to work on this project at Rising Sun Workshop at their previous location, but unfortunately they had to close up and relocate at this time. It would be his own backyard that would provide Andy with the required workspace for this build – and when raining it would be the kitchen. “Bleeding the old fork oil out with kerosene on the kitchen table got me in a lot of trouble with the family!” 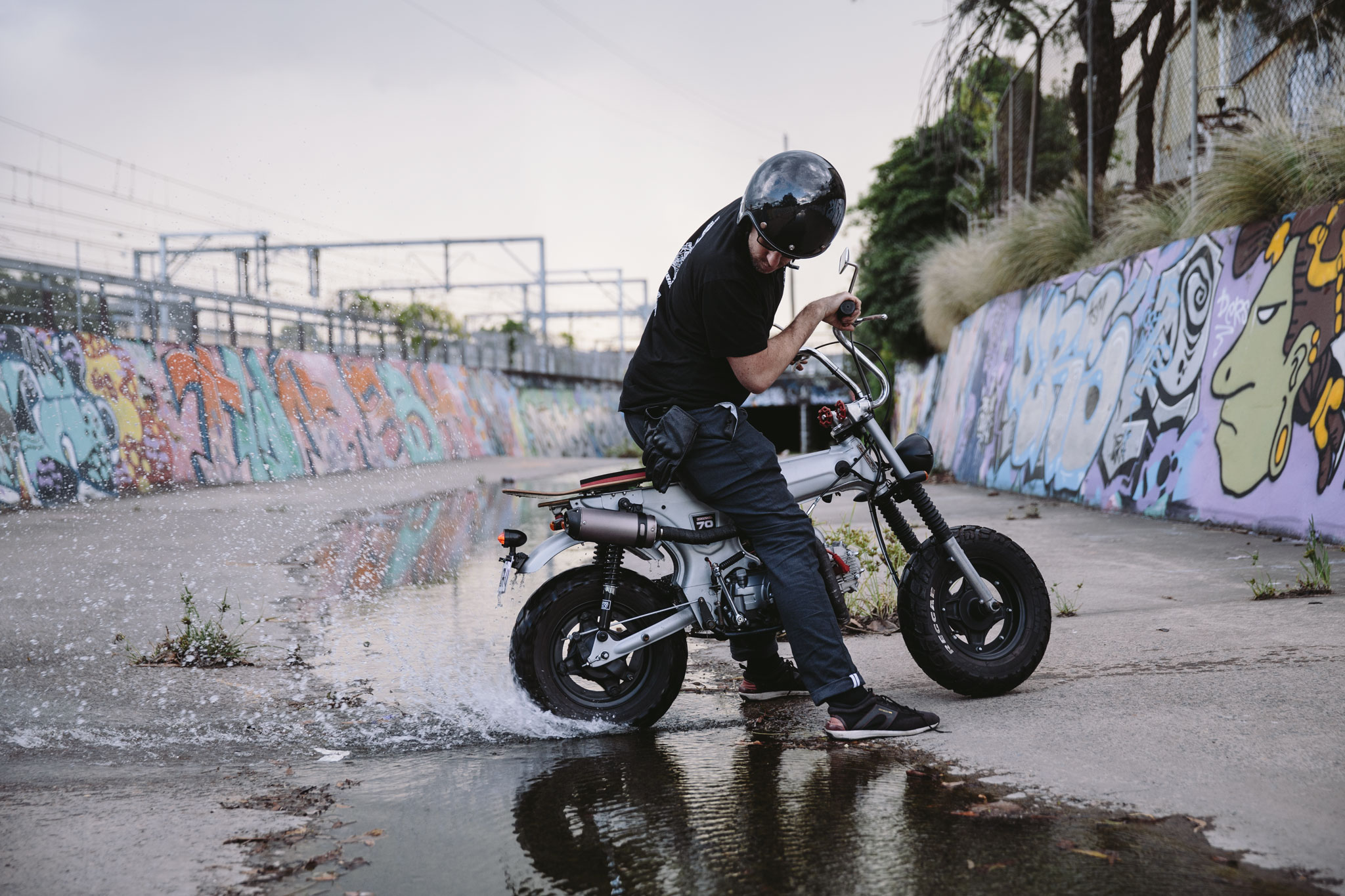 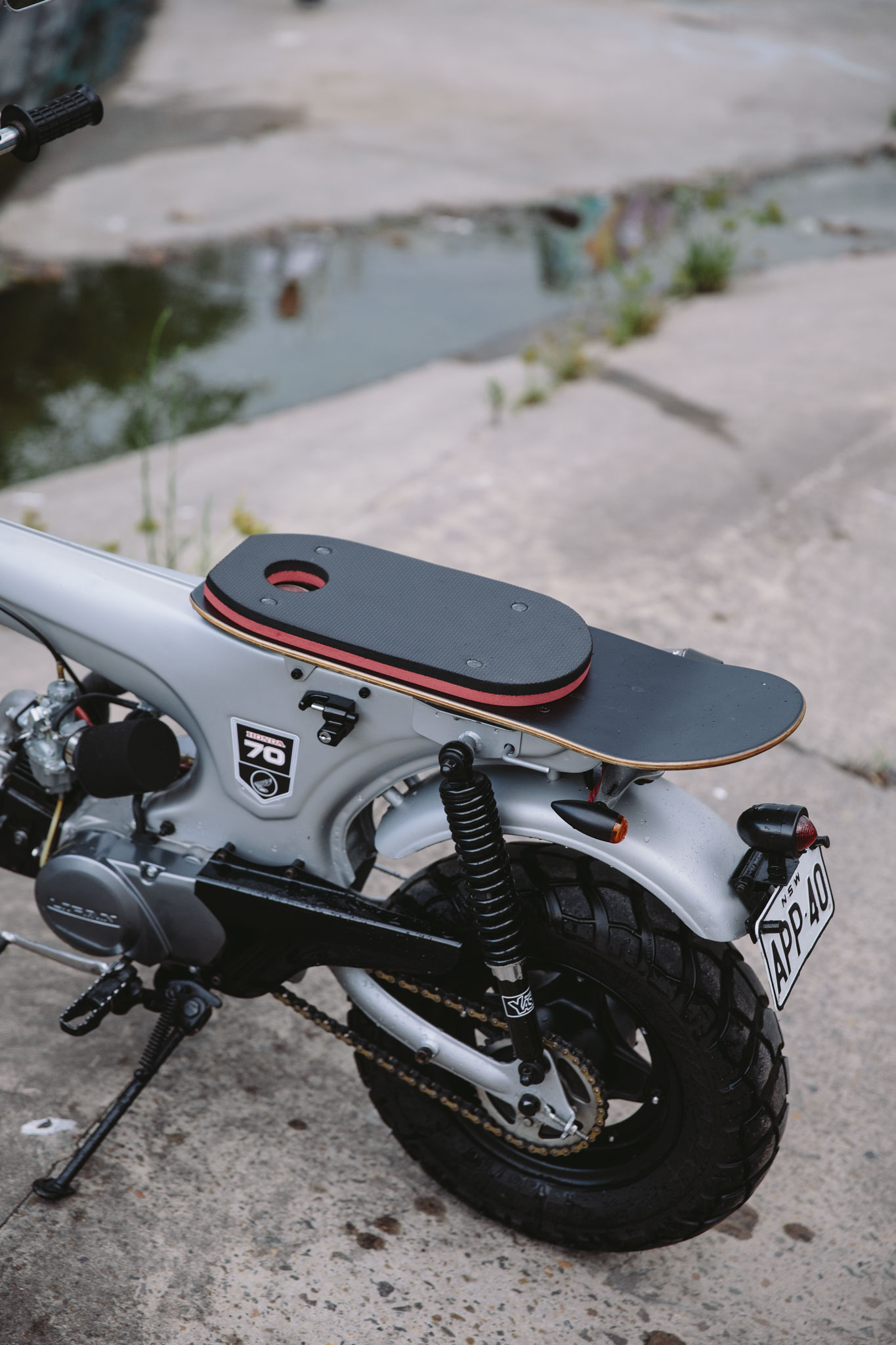 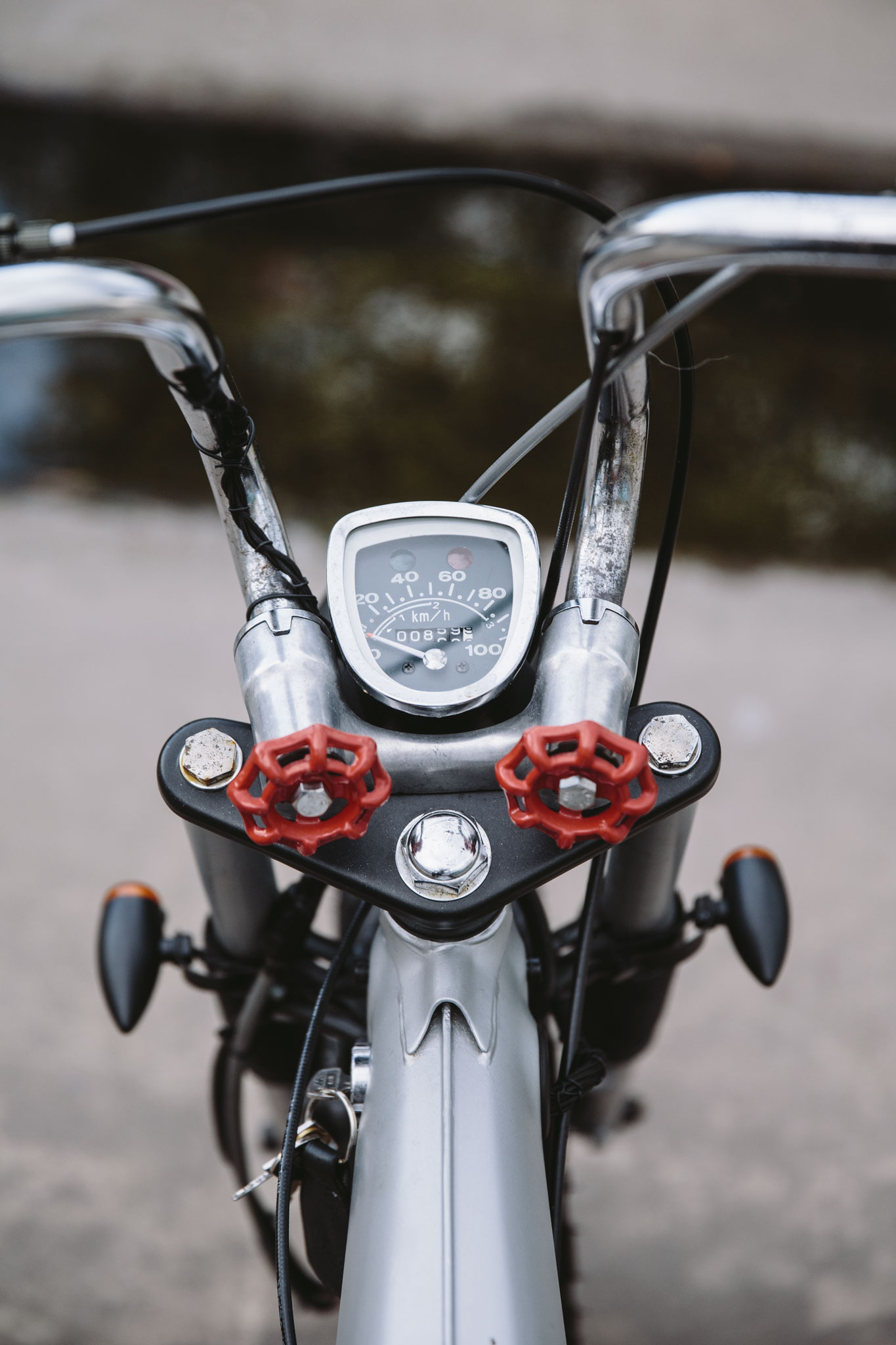 Fortunately for the sanity of Andy’s family (and indeed his own personal safety) Rising Sun Workshop were to find their own new magnificent space, and with it Andy could get more serious with his work. “It would be some late nights working in the newly completed workshop to finish the bike off. New electrics and a wiring harness were next. I had to convert it from 6V to 12V, which wasn’t too tricky as I’m a Sparky – though you do need a bike lift otherwise your back will be saying “fuck this!” 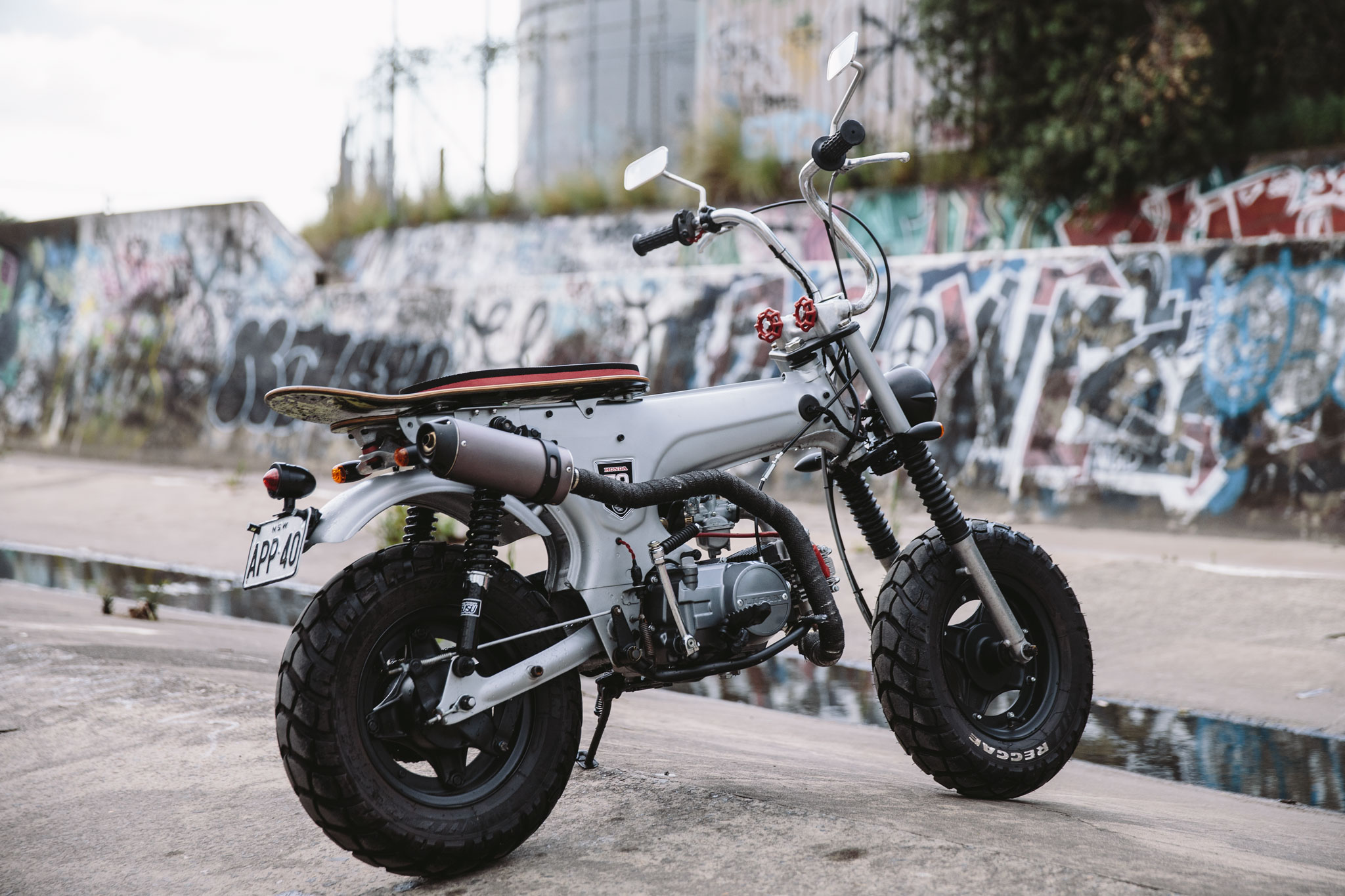 And so a few days before Throttle Roll 2016, ‘Dackel’ (meaning sausage dog in German) would now be complete. Not only complete and running, but also on display proudly in the scaffolding of the custom bike show. “This is my first motorcycle build, but definitely not my last! I learned a lot from it, made plenty of mistakes as well. It’s important to be patient, and enjoy the build.” 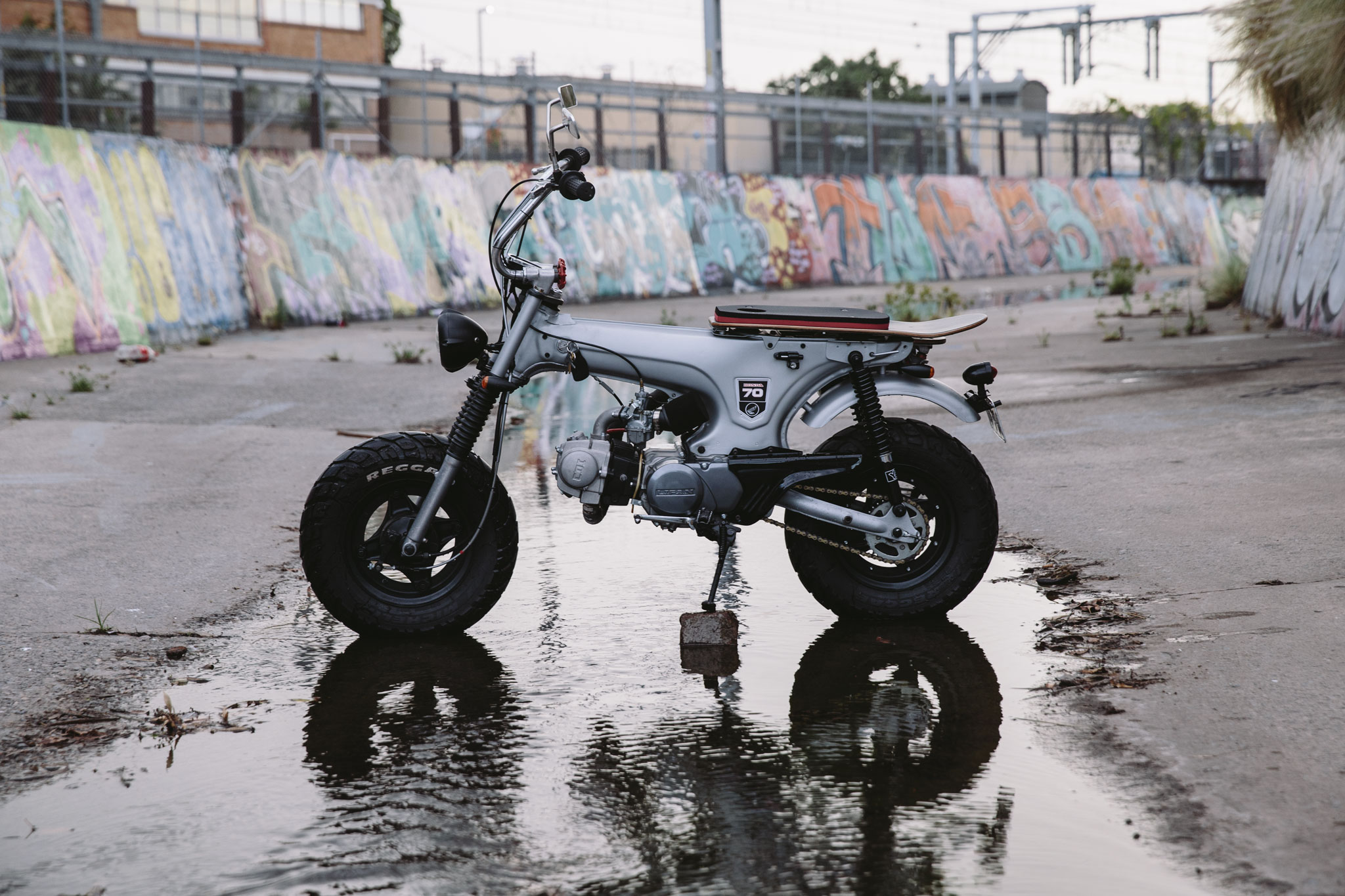 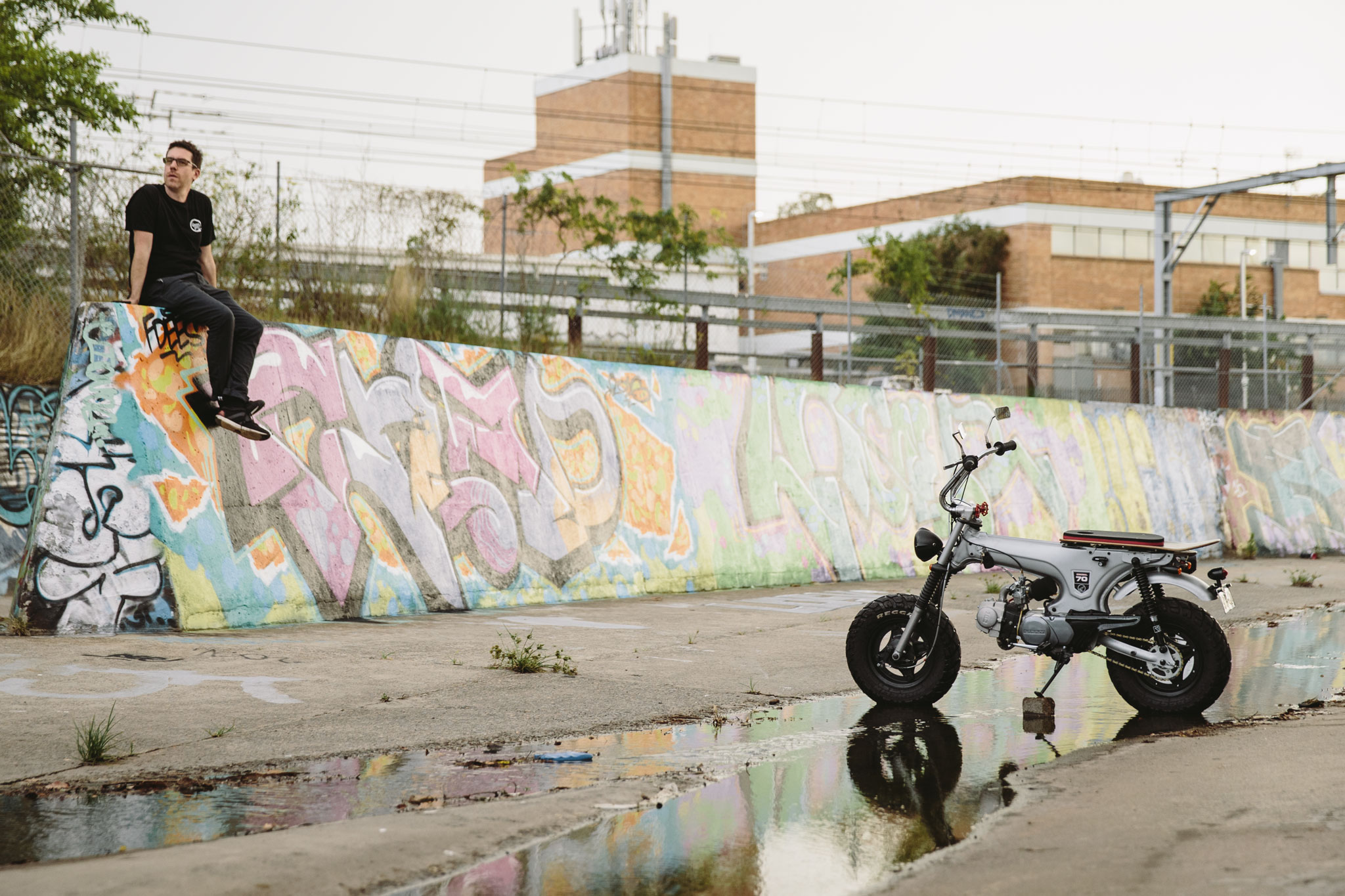 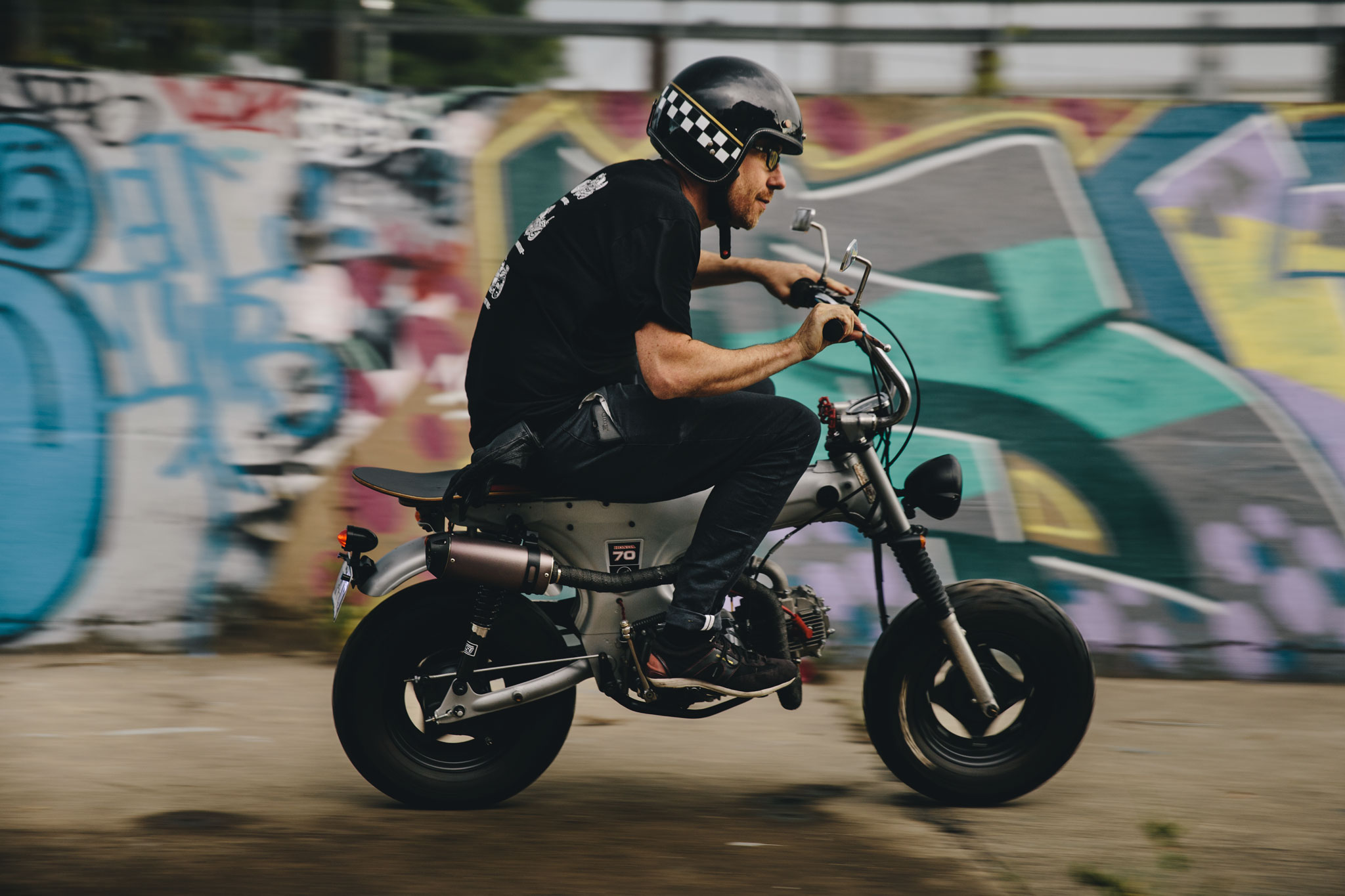 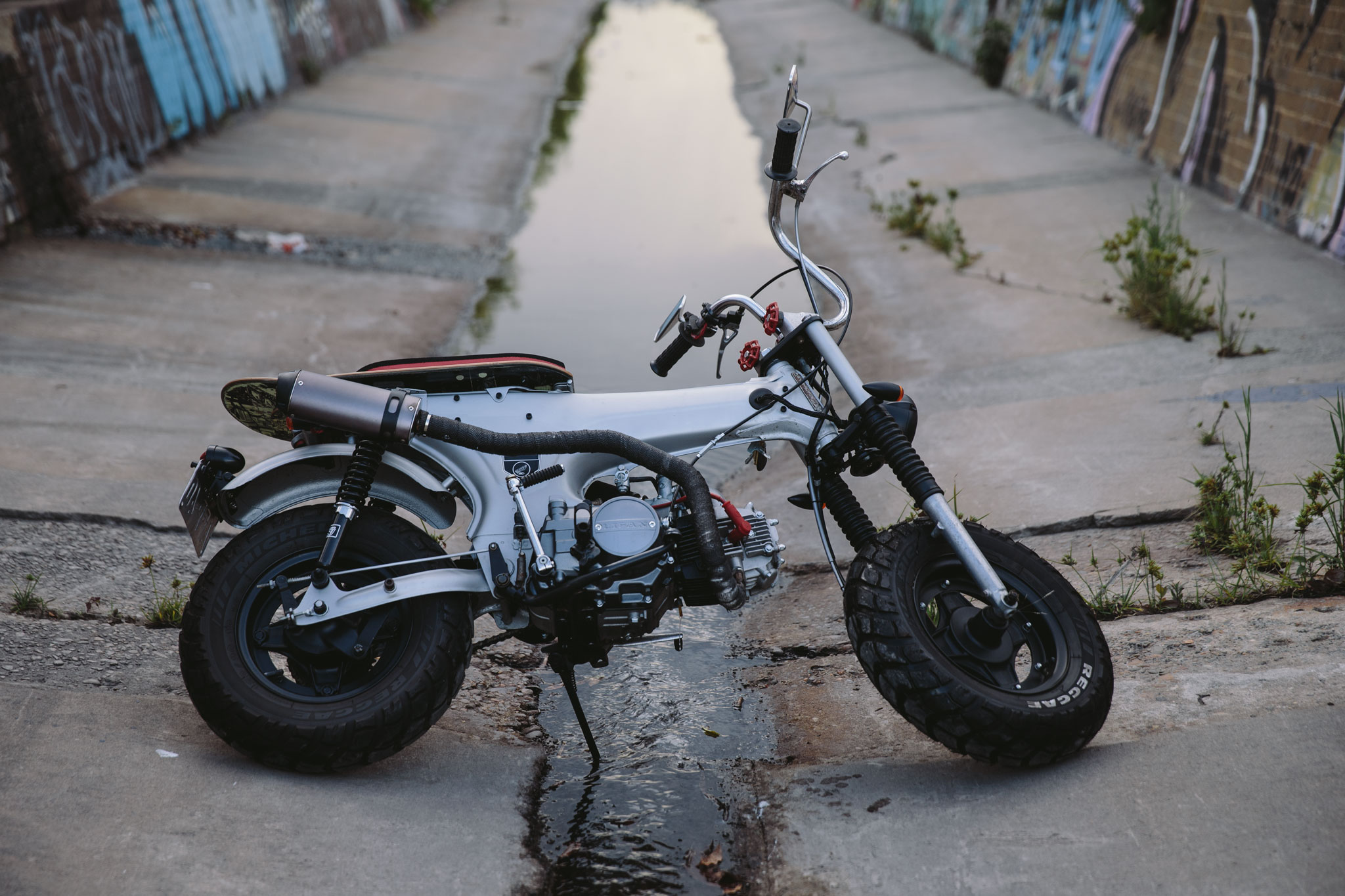