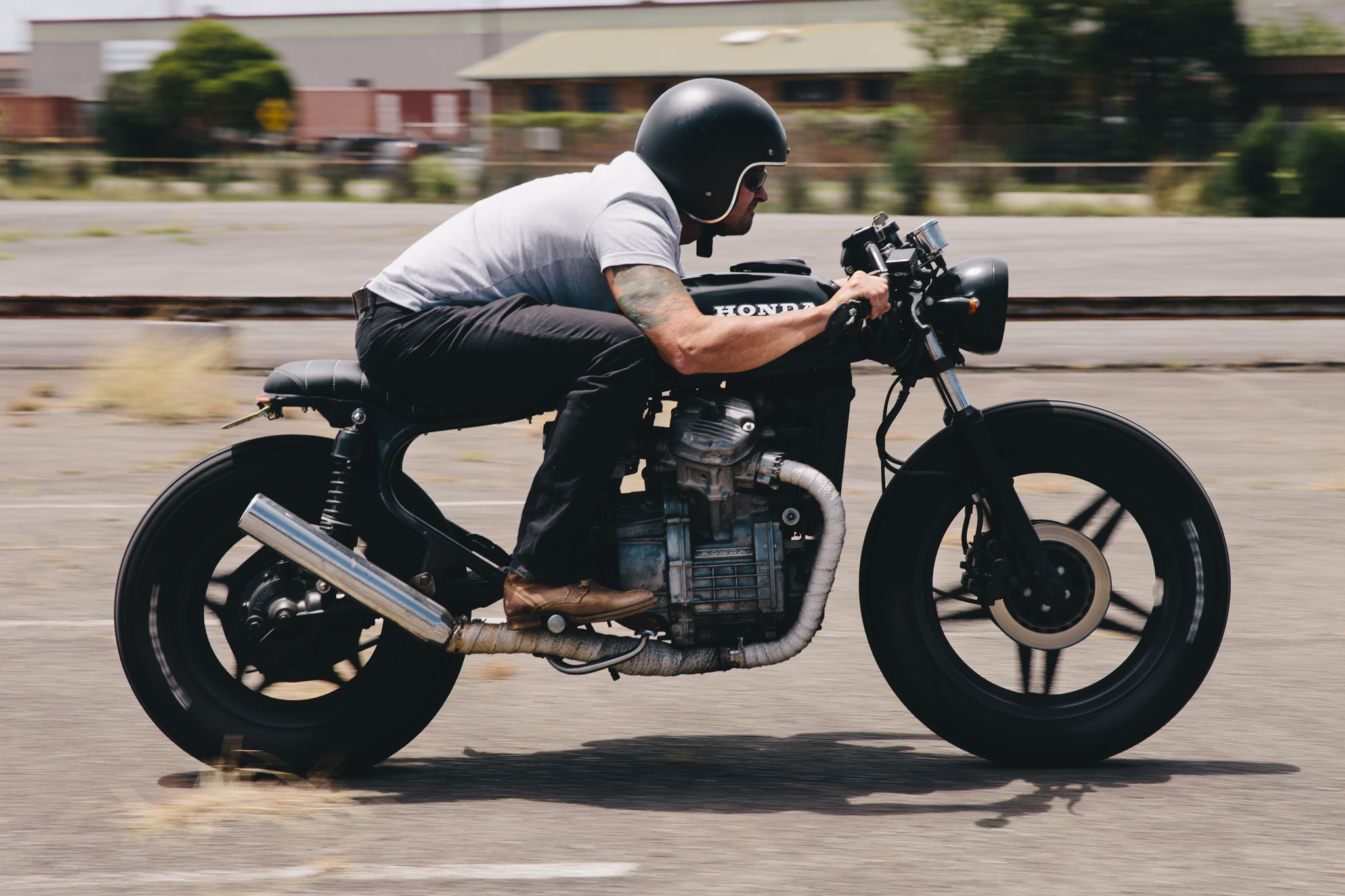 Starting out as a light hearted project, Damien had saved this Honda CX500 from a previous owner who had tried – and failed – at doing a café build. Luckily for this bike a firm idea and plenty of inspiration was on hand, and she would be riding once more with a killer new look. 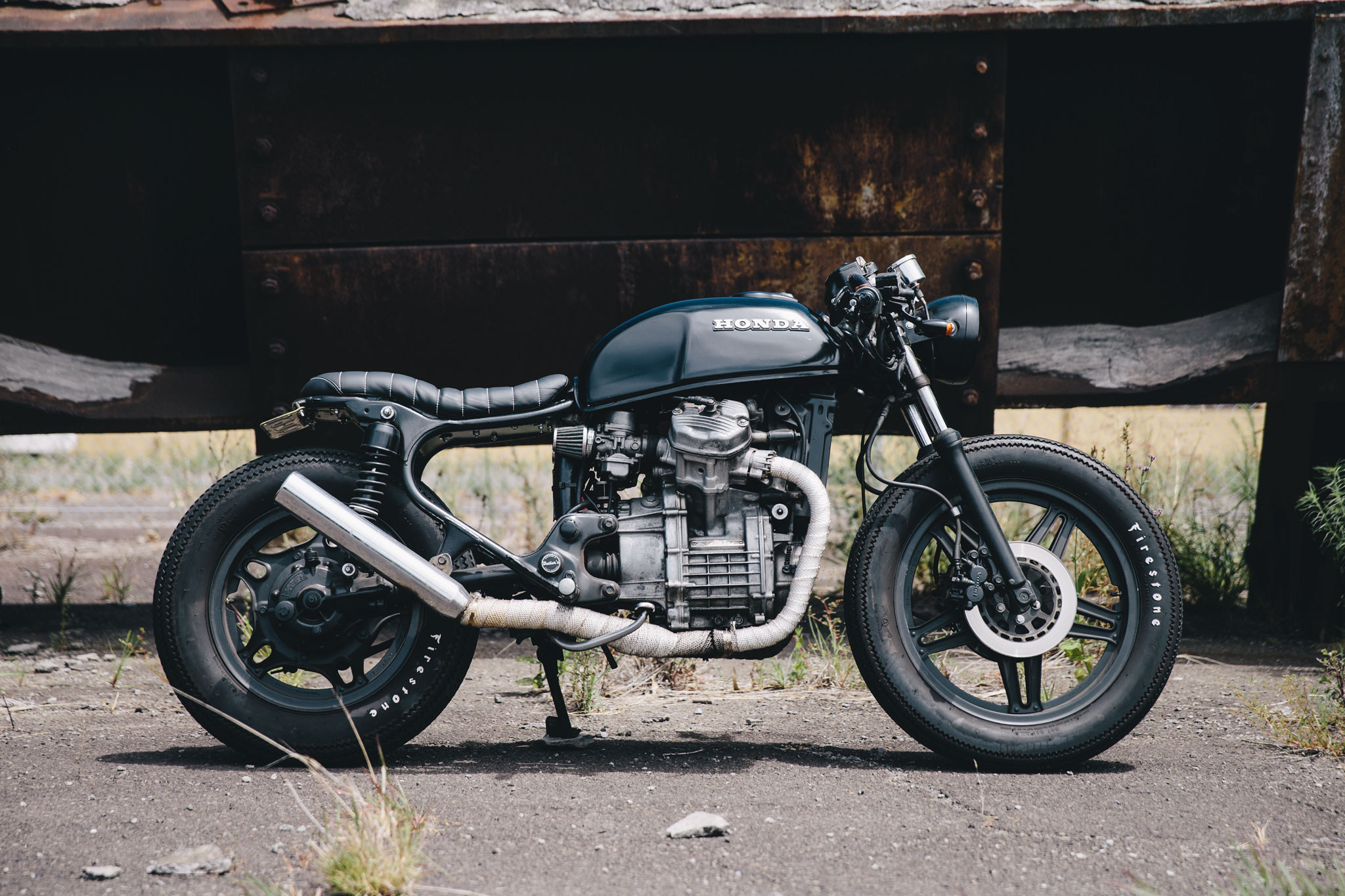 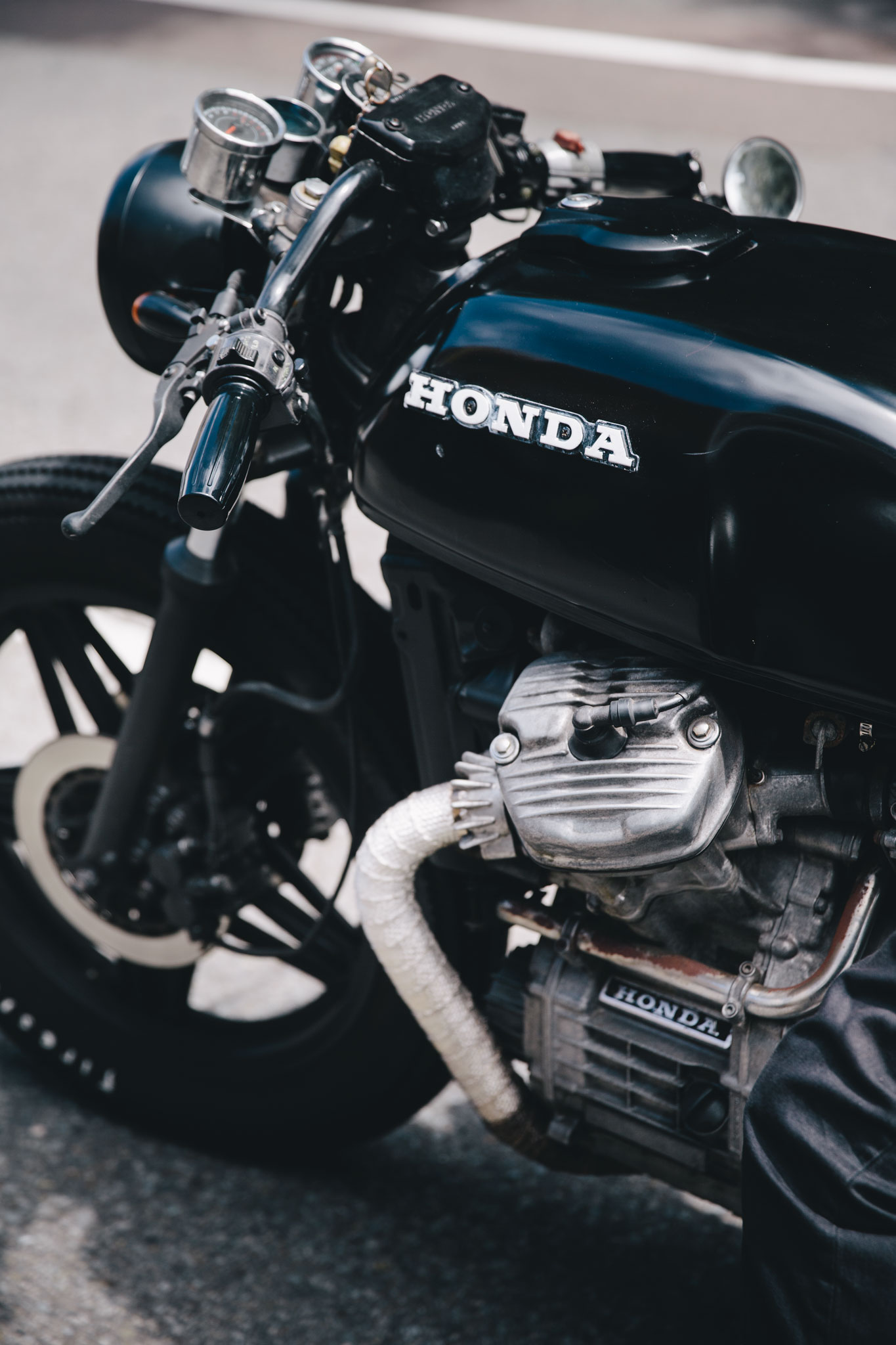 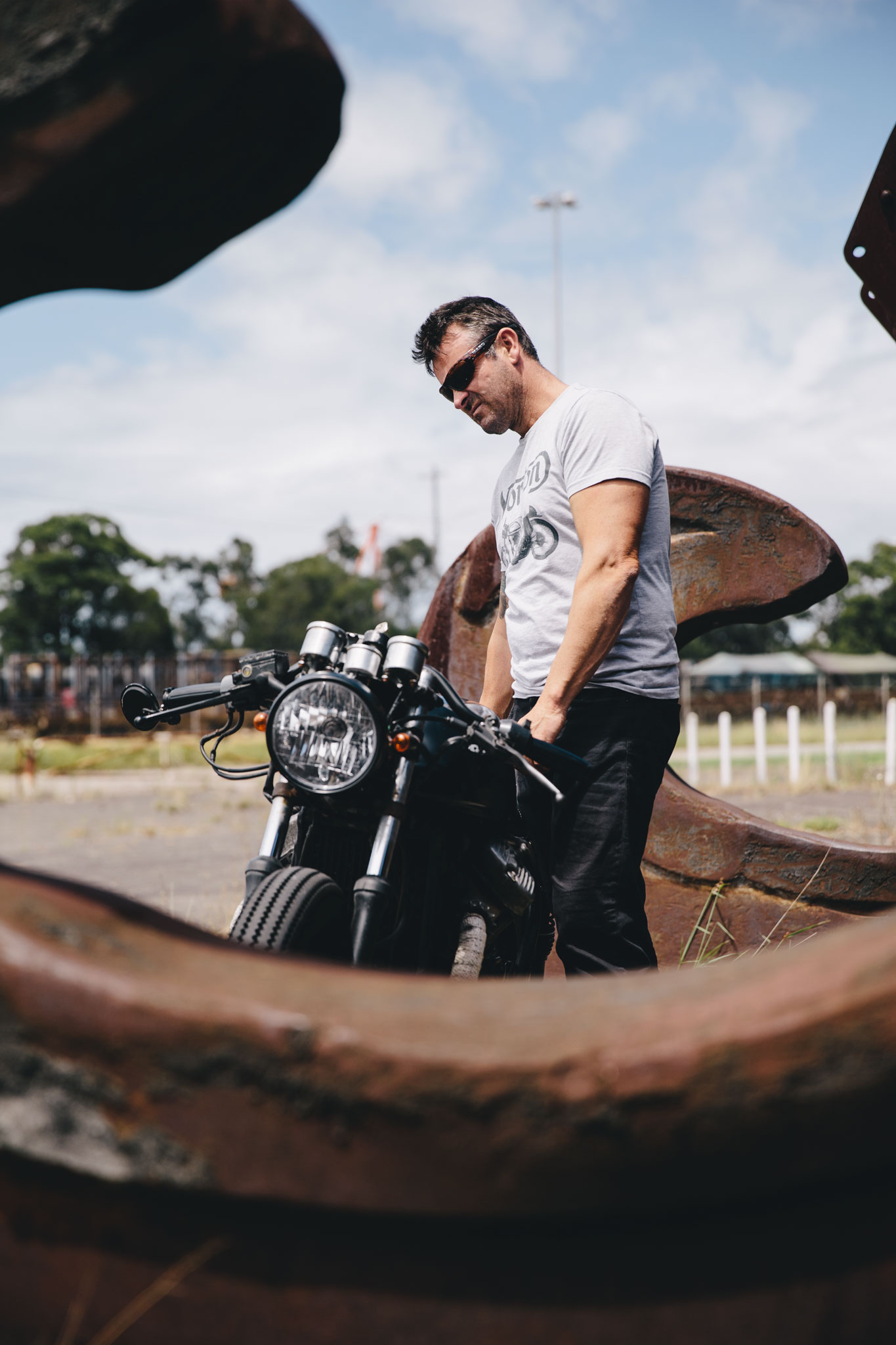 In High School, Damien had met some new lads that had a bunch of trail bikes. “They’d told me that trailies were heaps better than riding pushies so that’s where it all started for me. I couldn’t afford a dirt bike straight up, so the next best thing would be to get a Honda CT90. It was so much faster than my pushy, but still couldn’t keep up with my newfound friends. After saving all my paper run money, I got myself a Yamaha YZ80. Power bad – woooohoo! I then got my licence and went through a handful of road trail bikes, but it wasn’t until my mid 30’s that I got started with road bikes.” 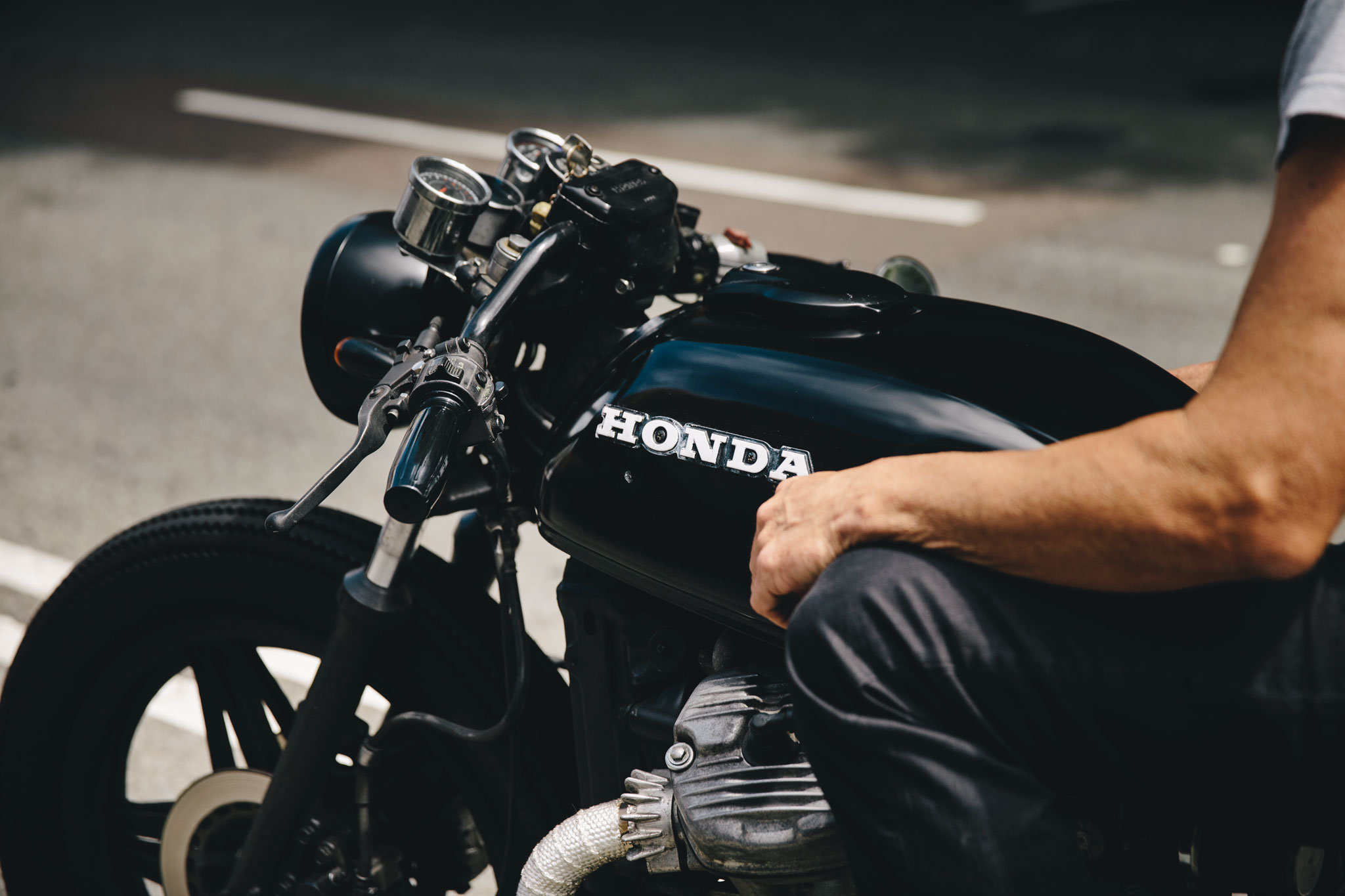 Despite having a busy schedule with lots of things on the go, Damien was after a project. It would be down the coast in another city that he’d found a 1982 Honda CX500. “I bought the bike off a young bloke who tried to café it up, but did a shit job. It had an ugly looking brown homemade seat, the battery box was poorly welded to the frame and the auto electrics were disastrous. But it was enough of a starting point for the build I was after.” 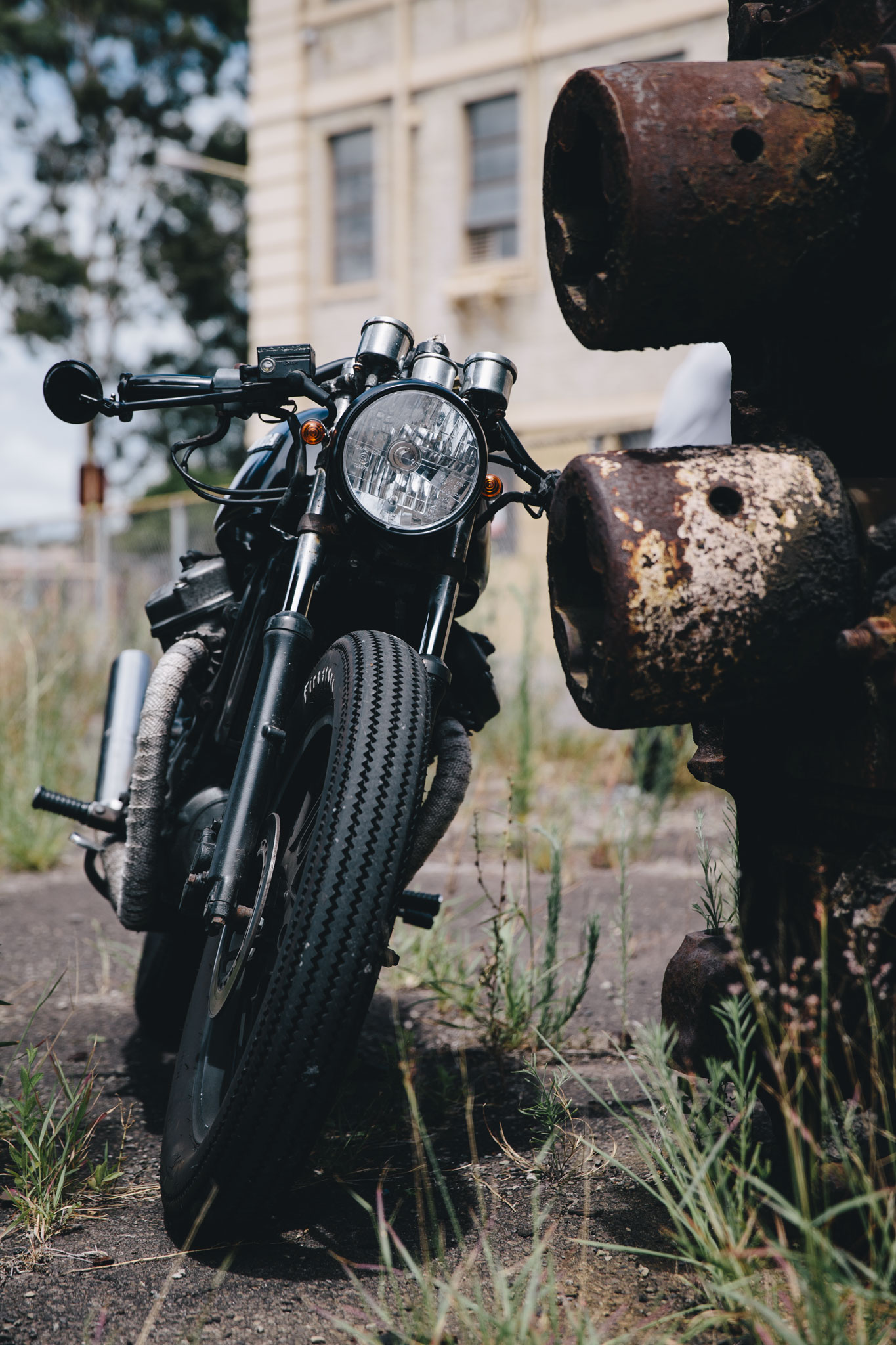 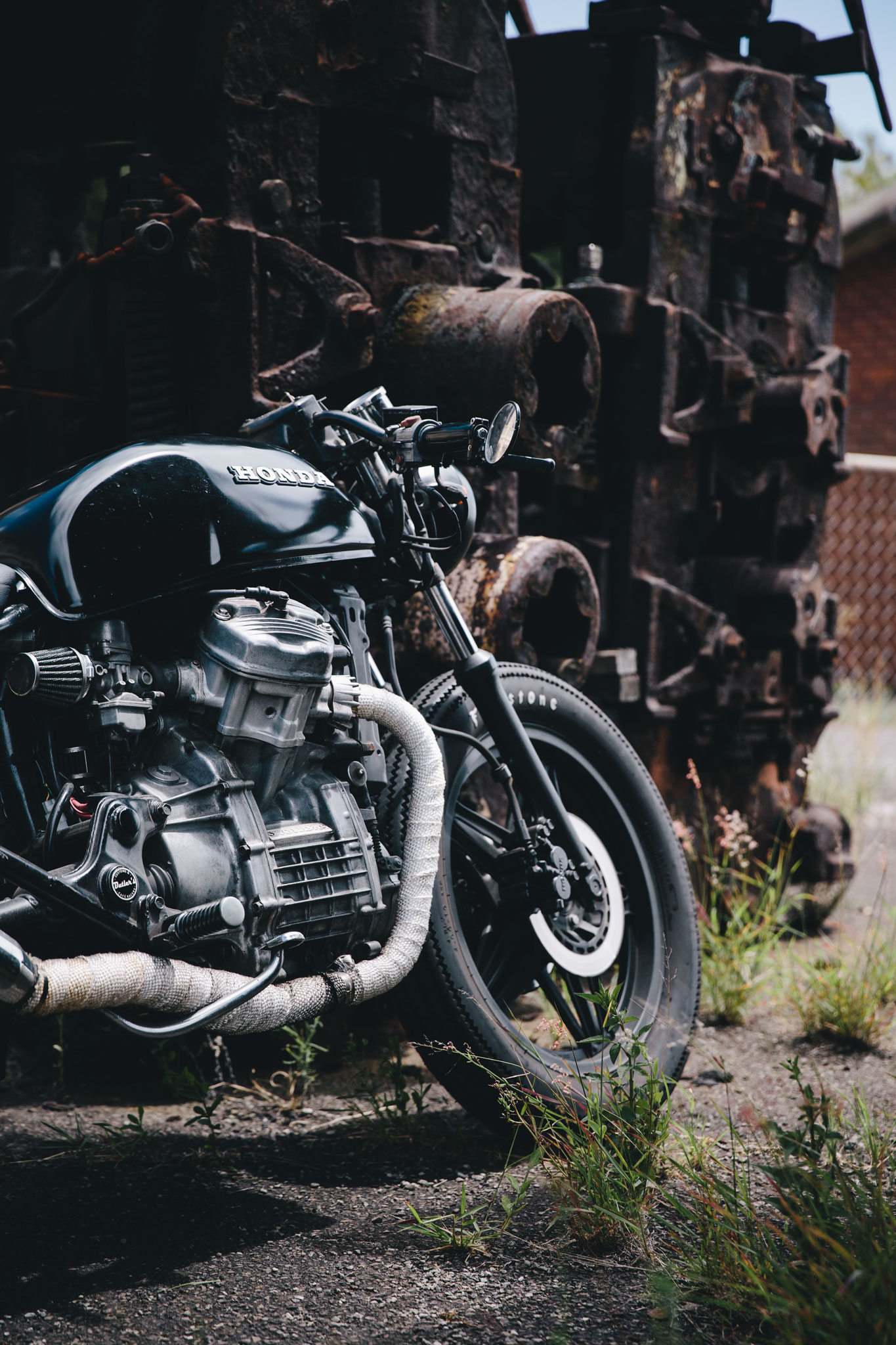 Inspiration for Damien came mainly through his mate Brad, who also had a CX500 project. “I drew a lot of inspiration from him as I was very time poor and he would show me shit he found on the net, tagging me in shit on face book. We both had the intention of having good looking bikes that would one day get to show in mags or on the net.” And so his hopes were answered (you’re welcome). 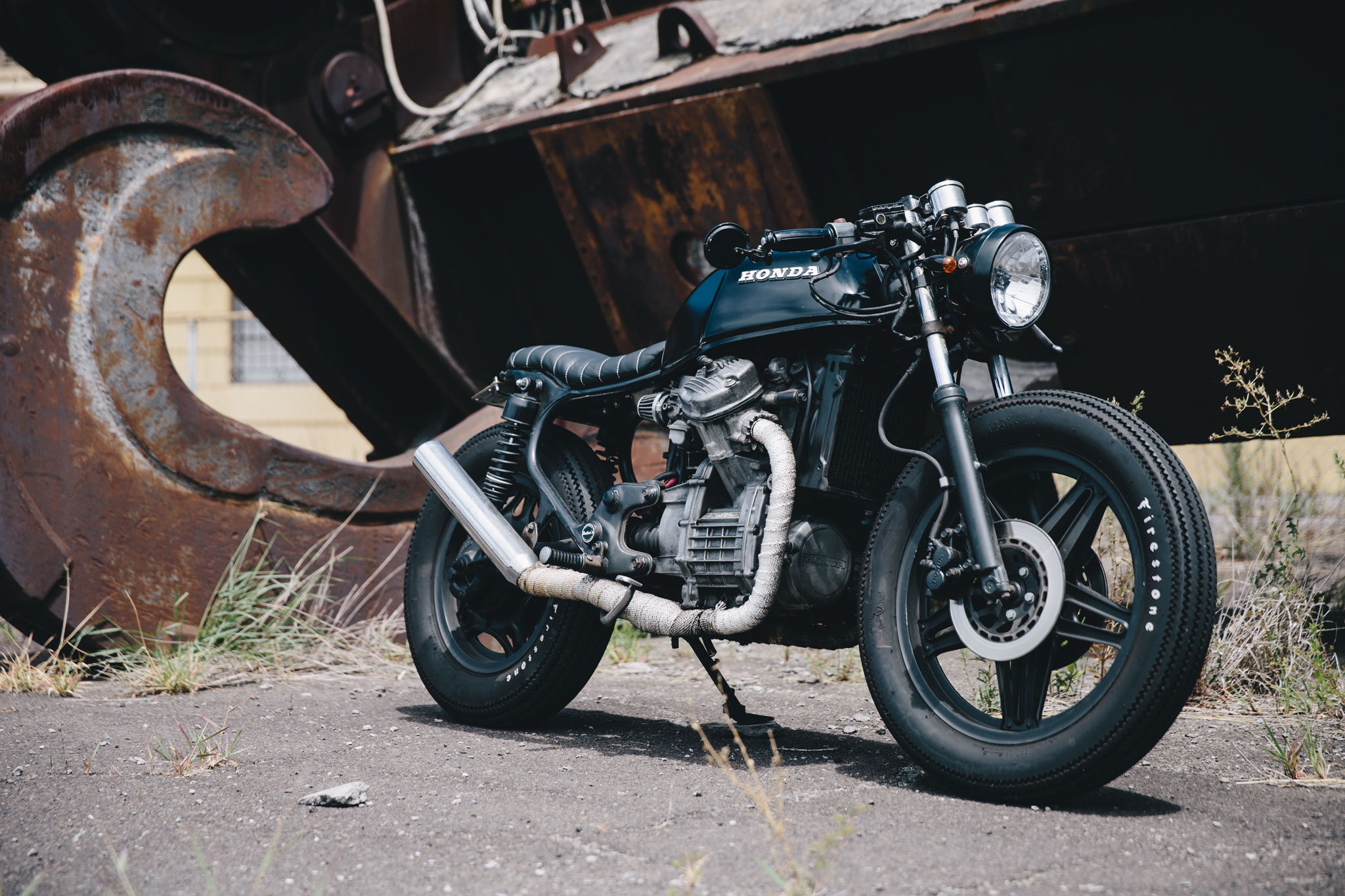 With the electrics in a state of complete uselessness, the bike was taken to Liam at Butler’s Customs. An auto electrician by trade, Liam would be the perfect man for the job. Everything from mounting the battery under the seat, to making a new wiring loom and installing all the instruments and lighting – Liam had it sorted. “He then cut the rear end back, made a new seat pan and organised a new custom seat for it which looks great and is also super comfy to ride.” 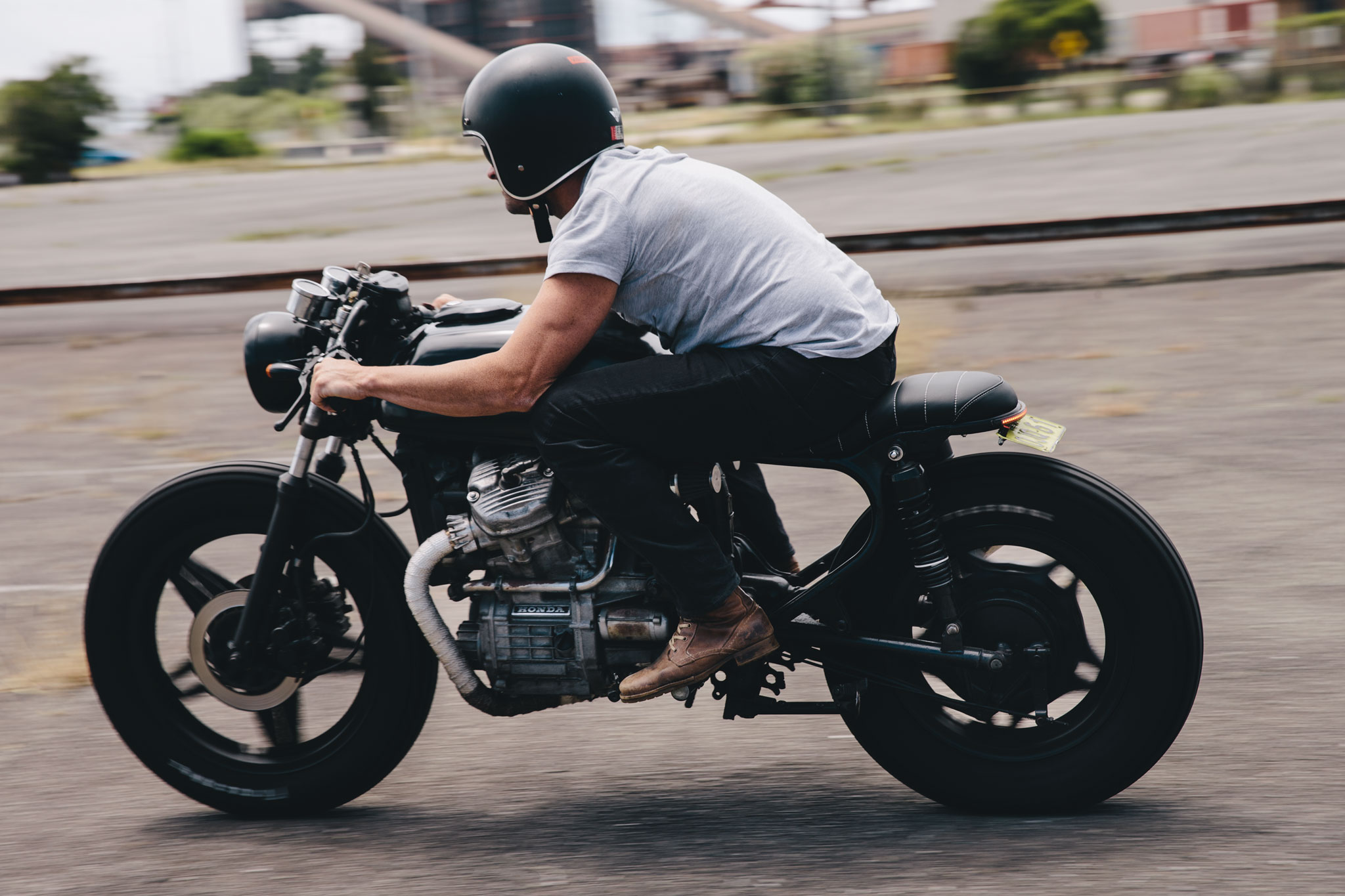 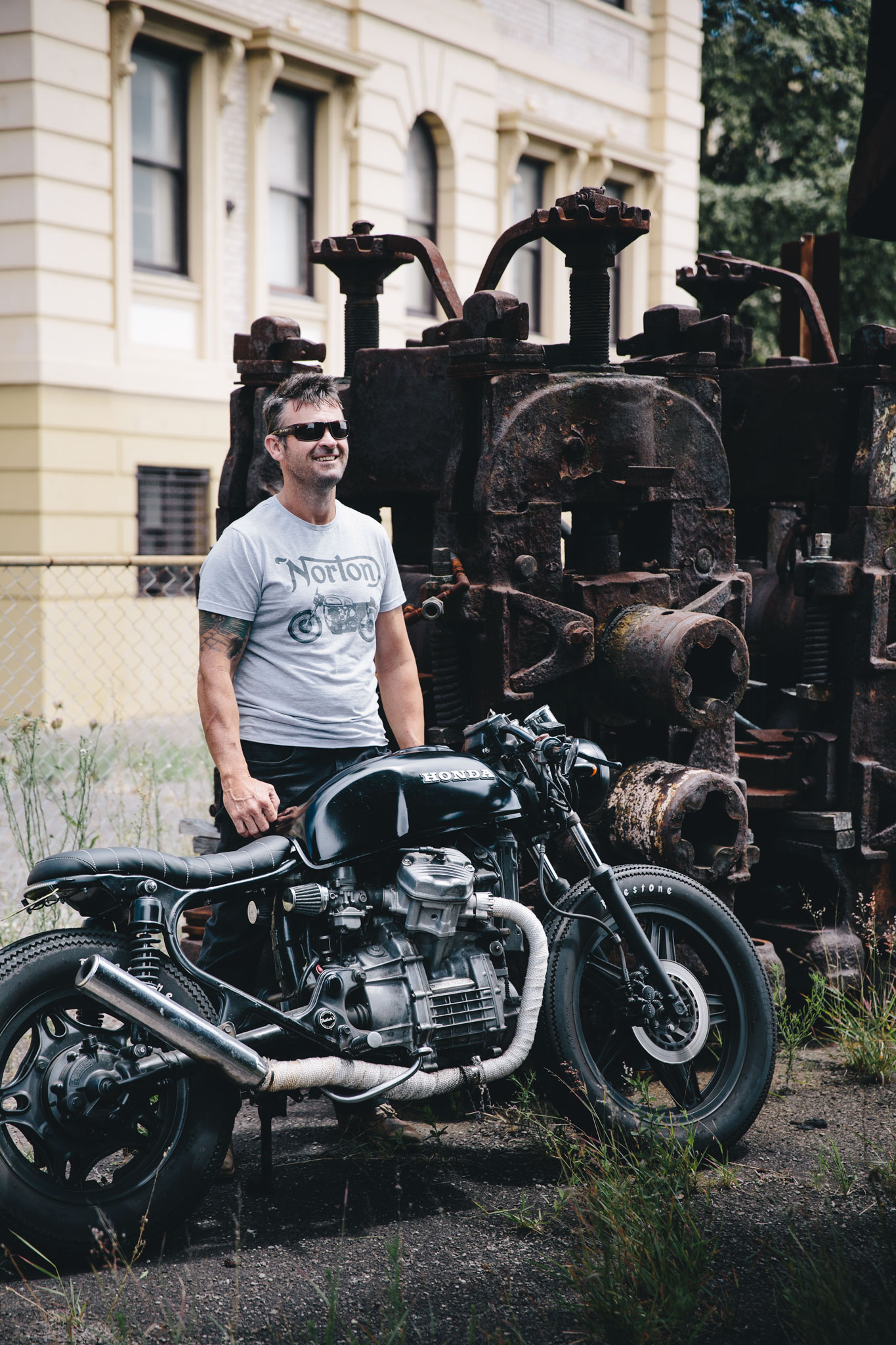 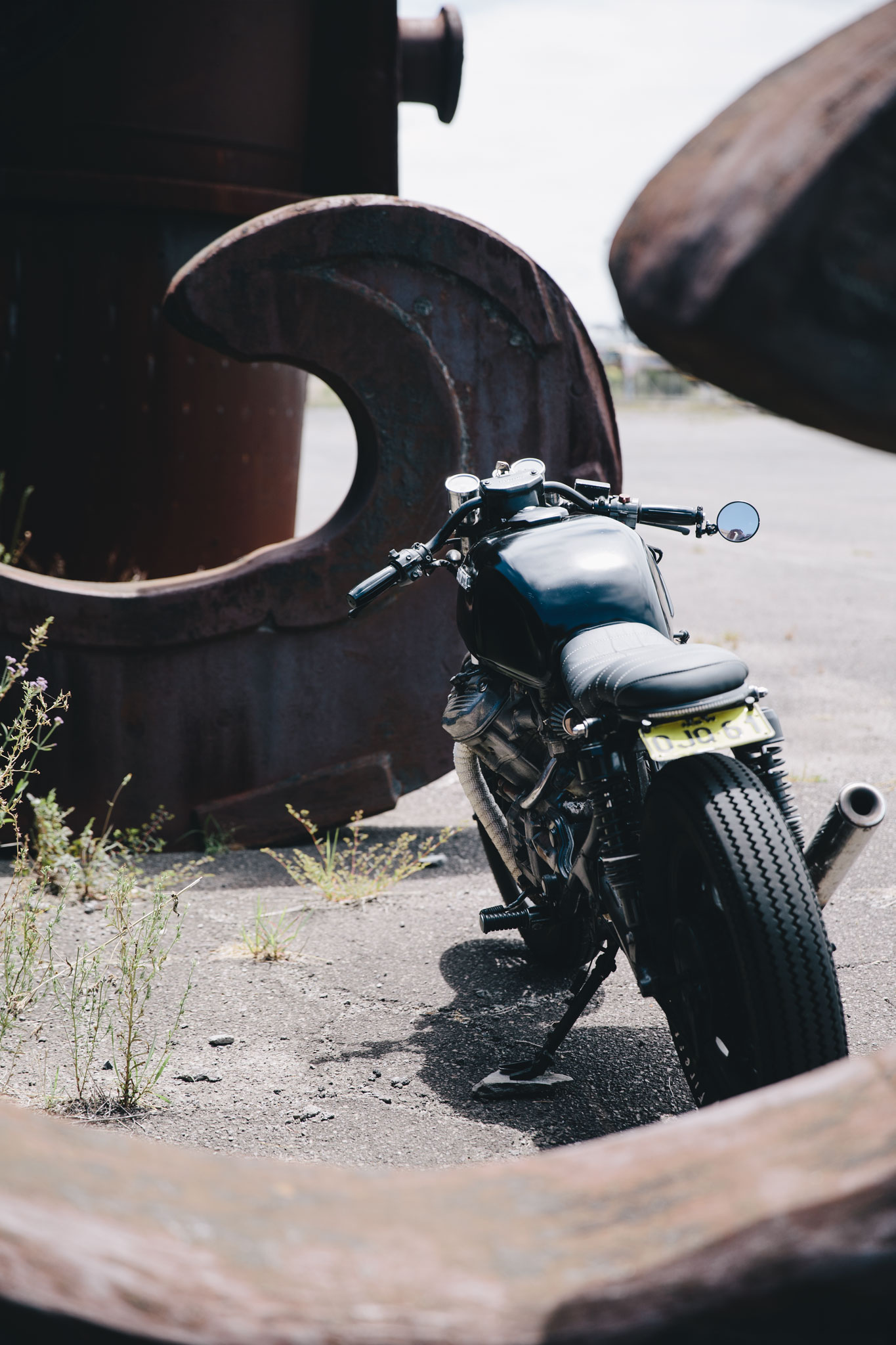 The tank was then painted black using the same paint used on the older hummers. “Since the spray, I’ve managed to take some of the paint off where the bars hit the side of the tank however. Changing to clip-ons will hopefully prevent this.” We’ll call it patina. “The only bump in the road so far on this build I’d have to say was when I ordered a 16” rear rim from the States to suit the new firestones, it wasn’t till I took the bike, rims and tyres to get fitted that I realised I’d been sent an 18” instead. This got sorted out after a few emails and I got to keep the 18”.” 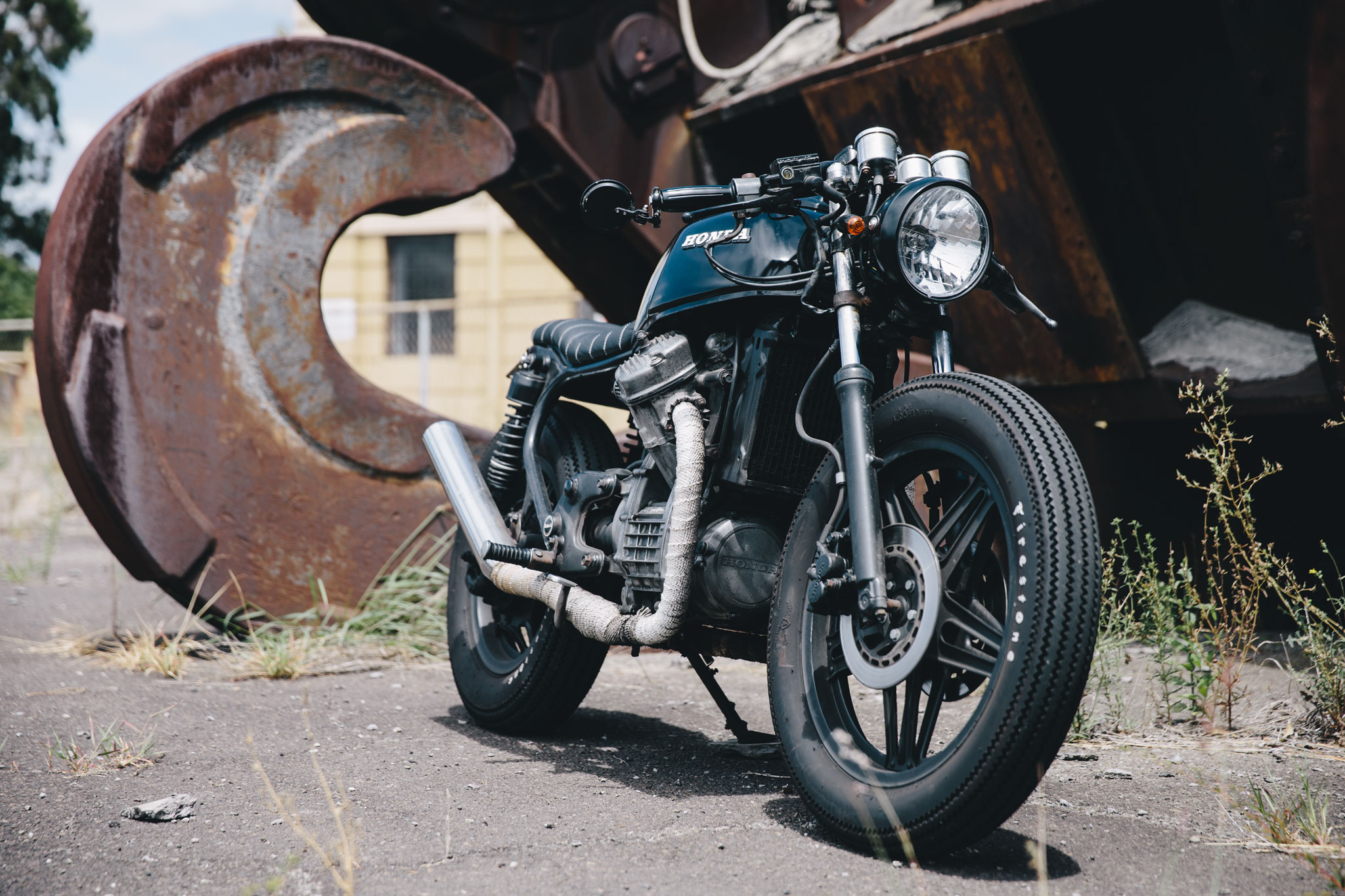 “I love the reliability of Hondas. With this bike, the seat and the big tyres are favourites of mine. It makes for a stocky and aggressive profile. I’m still working on the bike, rebuilding the motor and perhaps painting it black. Some new mikuni carbs will be added along with some clip-ons most likely. I can’t wait to keep working on this bike and see where it goes.” 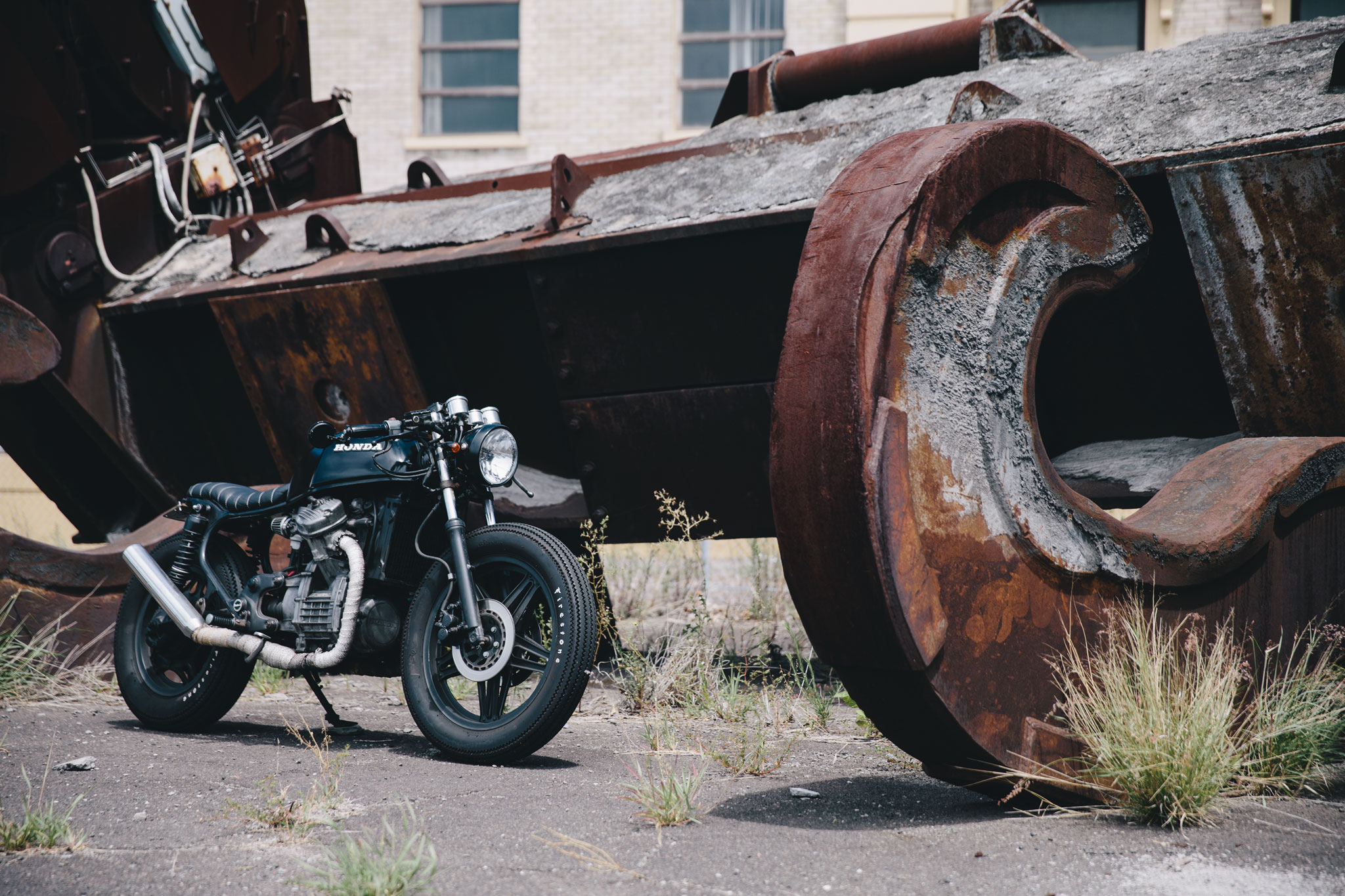 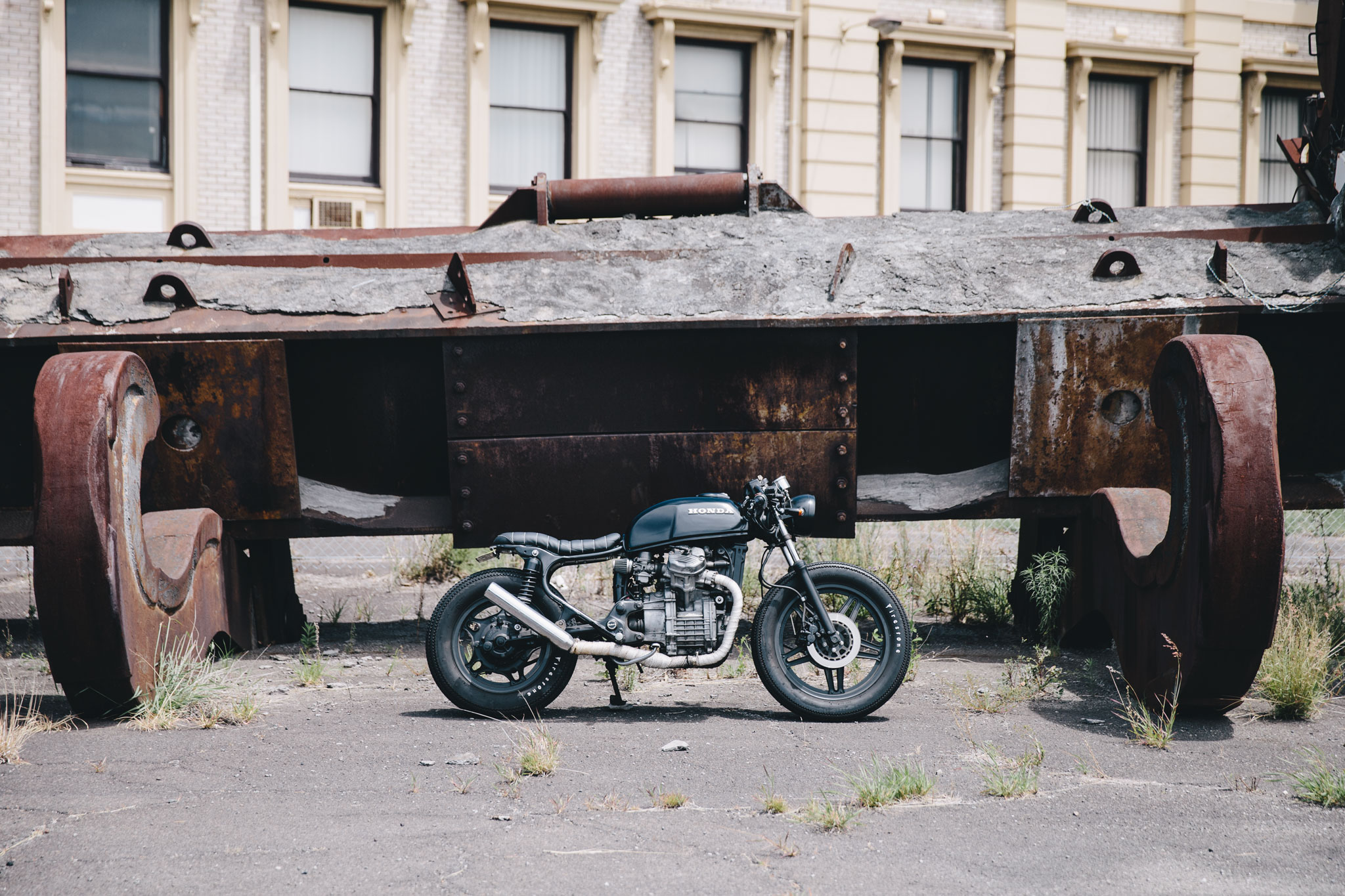