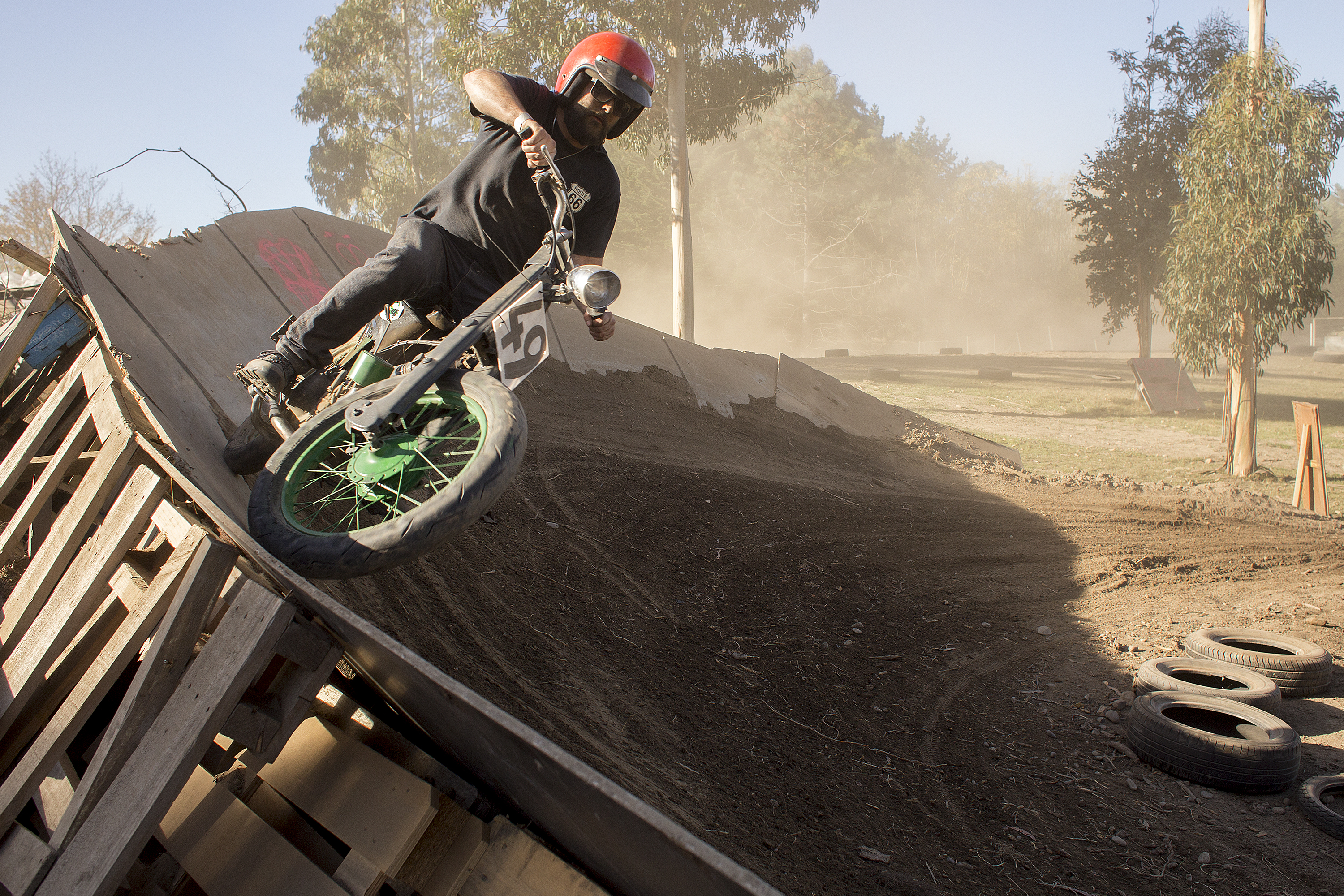 In the land of Jandals and Chilly Bins, there is an event that separates the boys from the men, the wild from the tame, and the beers from their cardboard box confines. Dirt Masters is here to tear up the earth… 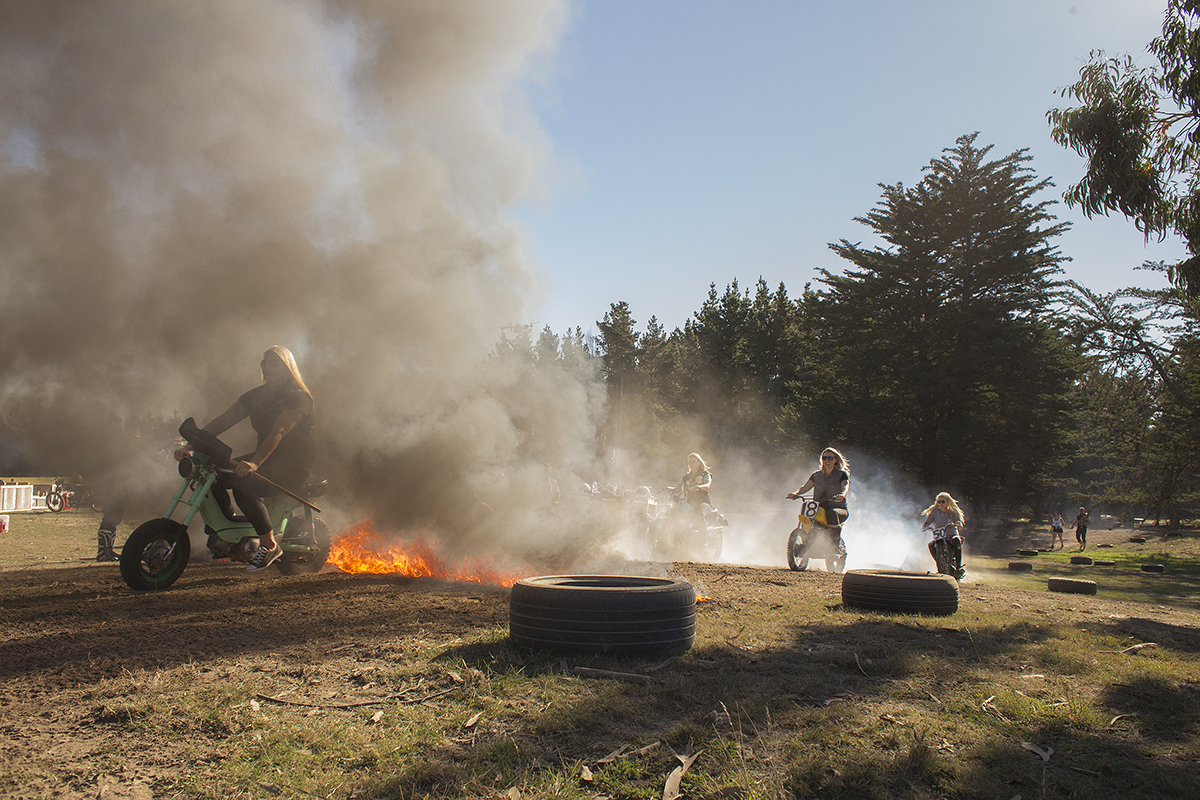 Now on for its third rear, the Quake City Rumblers spawned Dirt Masters after seeing similar apocalyptic events elsewhere around the globe. The sacrifice of soil would take the form of a mate’s property South-West of Christchurch, New Zealand. Here, road tyres would slip and slide as a rich abundance of lowsides were dealt to all who were game enough to hit the makeshift tracks. The legend of Dirt Masters was now firmly cemented in the annals of time, and a fabled dust wizard known to lurk the surrounding area was to be quoted in saying “There’s was a story of a forbidden and secretive relationship betwixt wild cowboys, their steeds, and one night of passion spent together in the dirt and dust…” 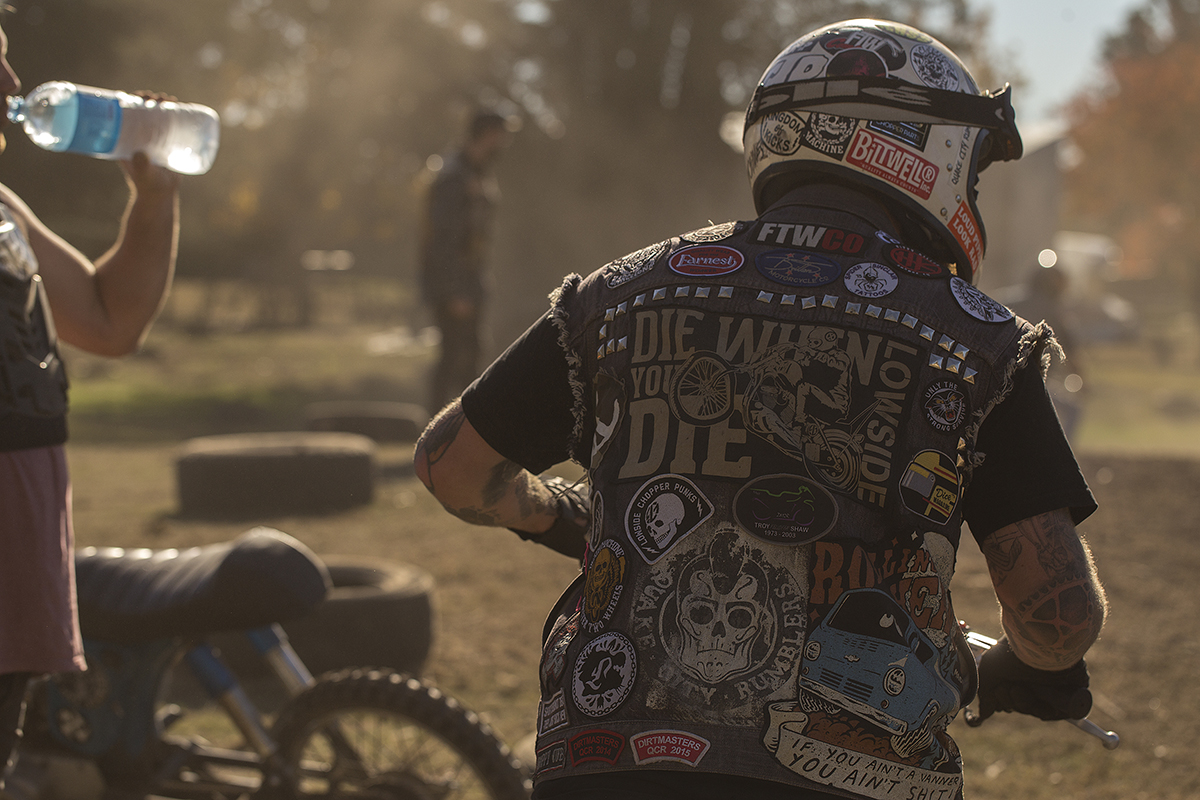 This year would see the lads and ladies gather for 6 Sundays prior to the event to help set up a more “serious” track, along with grandstands and a few other luxuries. “We focused a lot on building a banked corner to the side of our massive bonfire, and a jump on the main straight. We also spruced up our caravan to work as a track HQ, which we had massive stickers applied to it by our friend Jonny at The Sign Lab.” 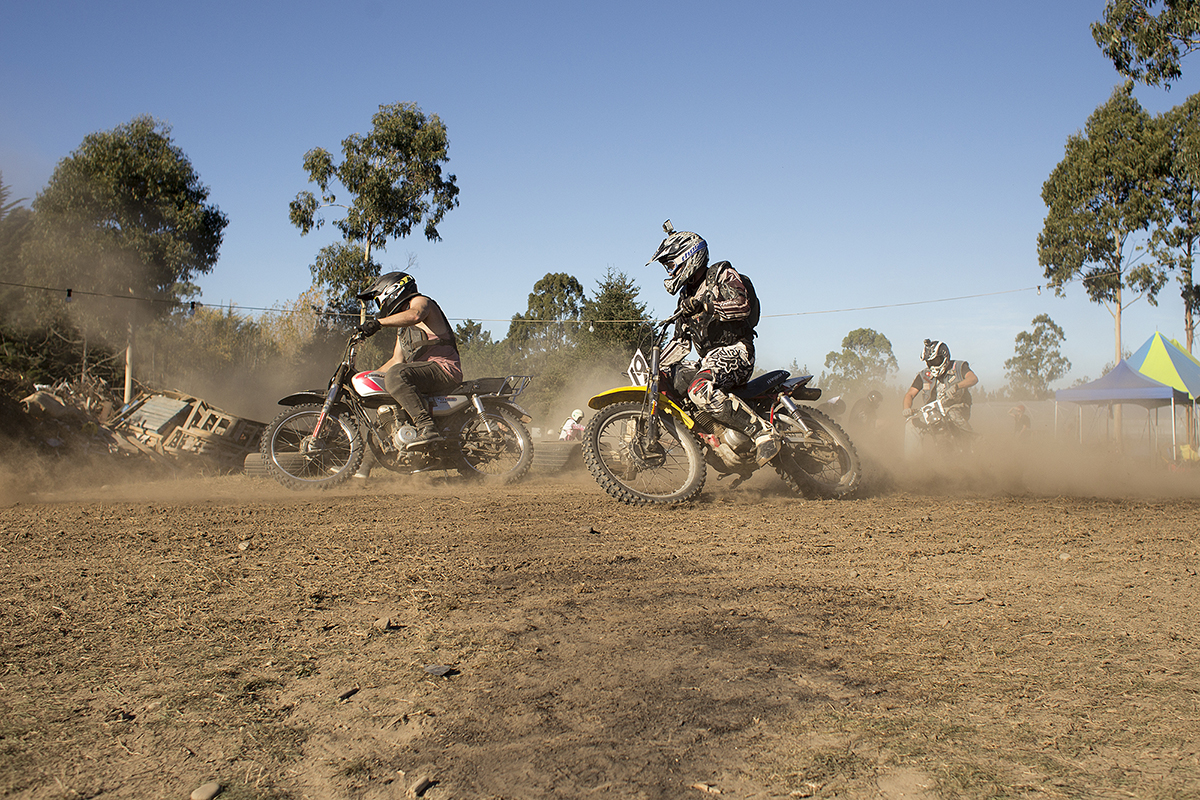 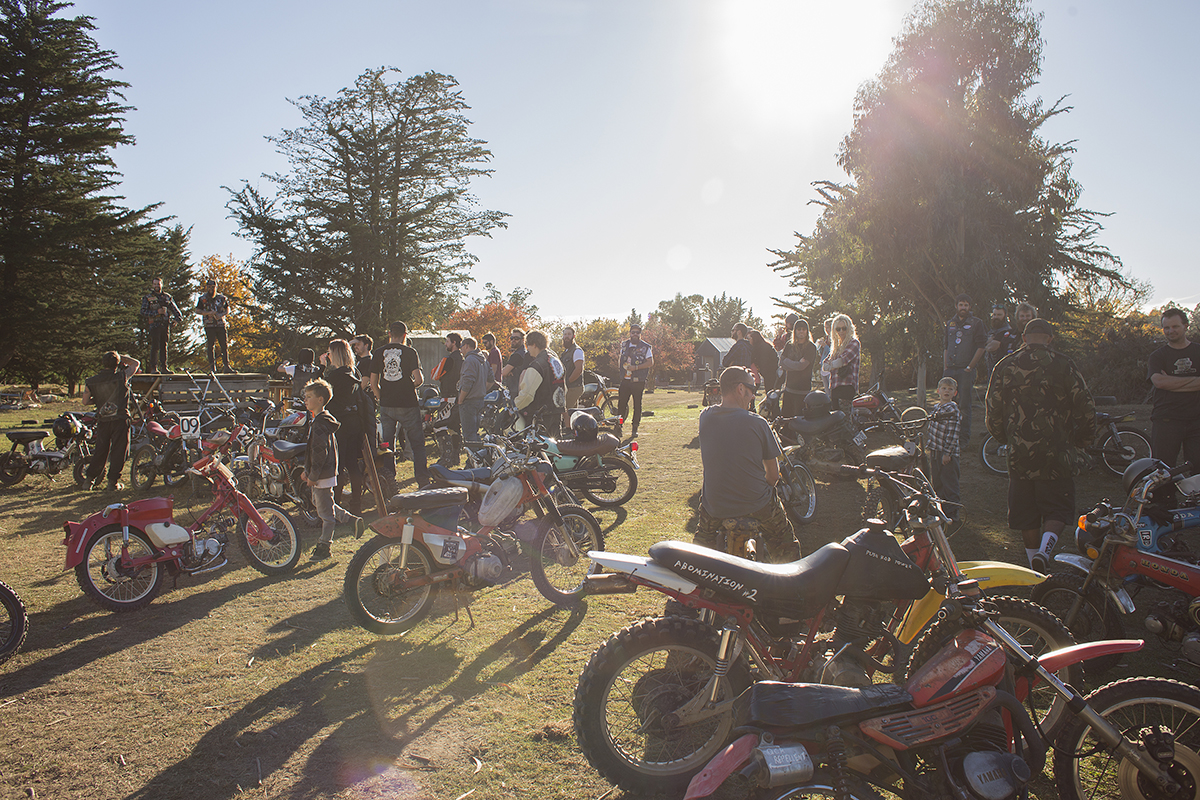 “We had about 30 hardcore people stay the first night in a variety of tents, wagons and vans. There were plenty of yarns around the drumfires. One of our guys was so excited about the event he wrote a poem; but got too drunk to say it properly! He gave it a good try, and had us all on the ground laughing all the same.” 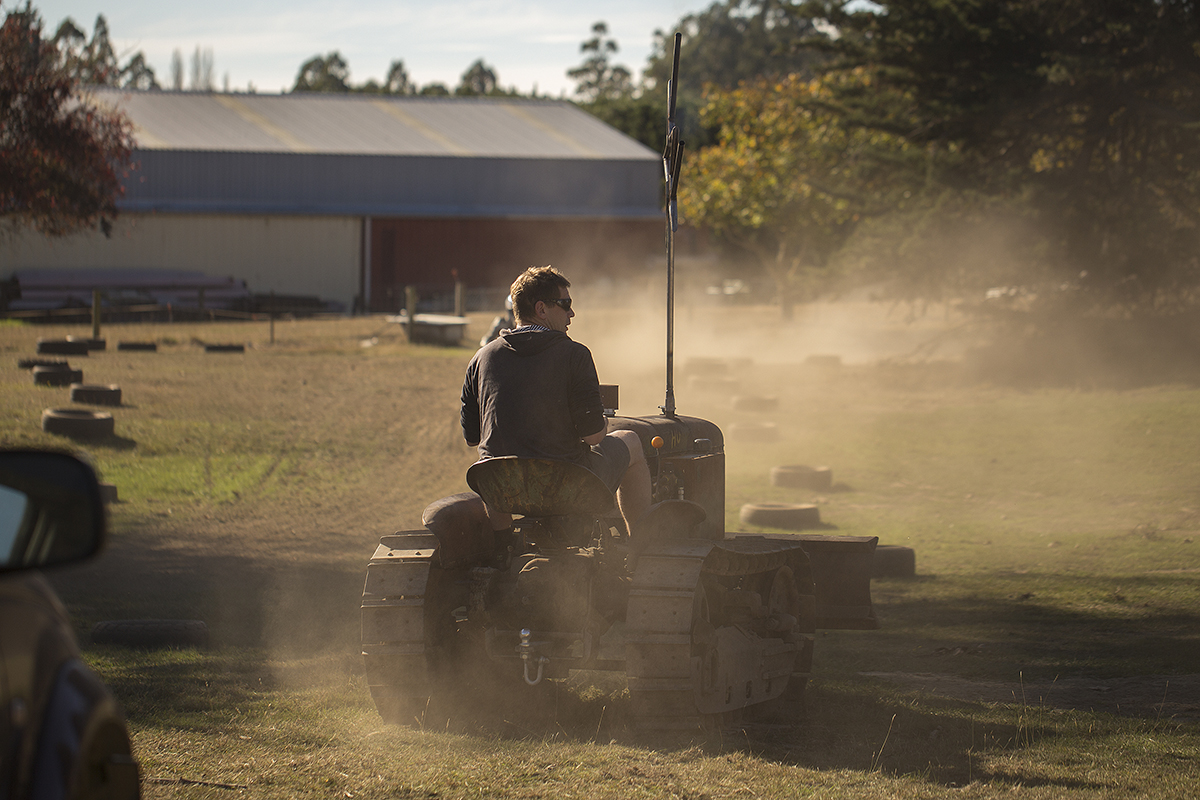 After some brief introductions and a few hours of practice laps, the racing and mayhem would begin. Race day saw plenty of wheel stands and low sides as everyone unleashed their inner dickhead and embraced the misfit spirit. This kept the punters on the sideline entertained as they slammed down plenty of NZ Draught and tinnies of L&P (and whatever else Kiwis pour down their gullets) Once all the bones were broken and the trophies handed out, the bonfire was set ablaze as over a dozen 20L drums of fuel were placed around the fire – which immediately blew up. What a surprise. “Once the fire was going real good, we rode over the banked corner as it slowly burnt. In the last All-In race, which was just over 40 bikes, our mate Aaron crashed on the jump and ended up dislocating his shoulder. This sent him off on a holiday to the Emergency room for 3 hours.” 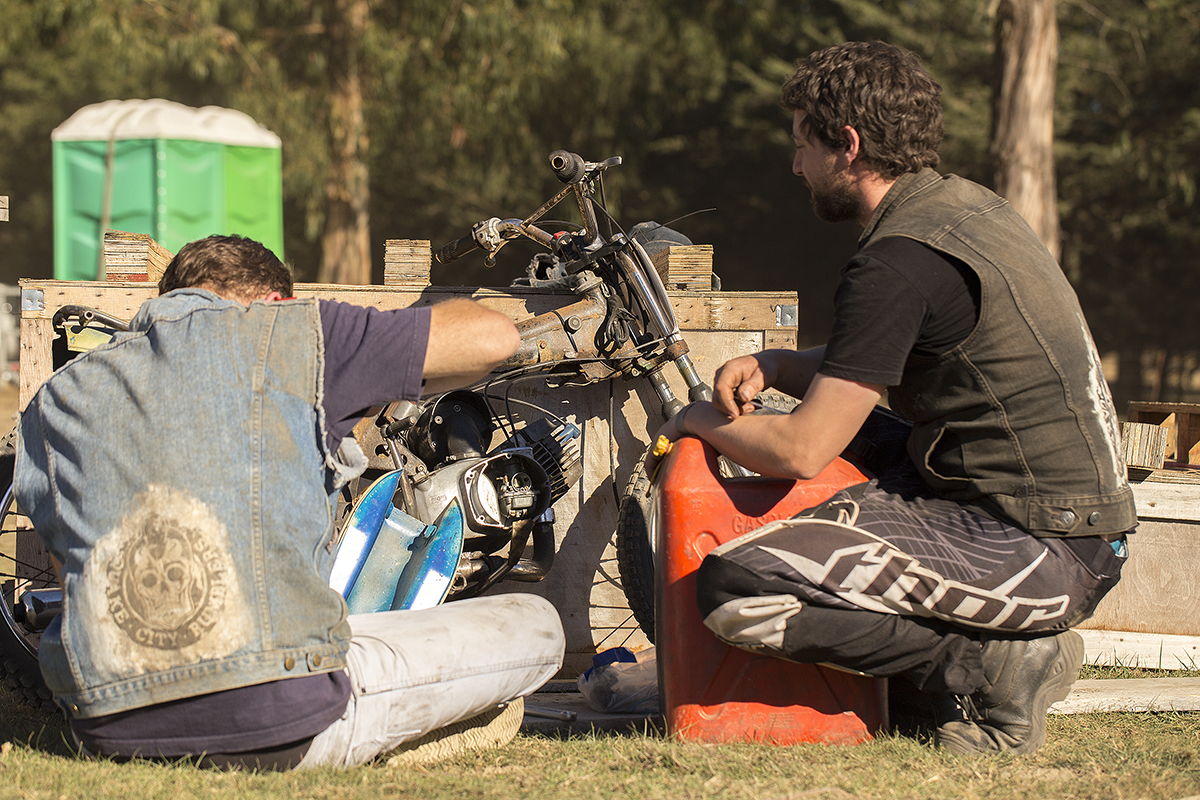 The following day awoke, seedily and discrepant, and started packing up all the tyres from the track. A team got together to burn all the grandstands and leaners while the girls cooked bacon and eggs on the BBQ, hippies could be heard screaming in anguish from as far as 80kms away. 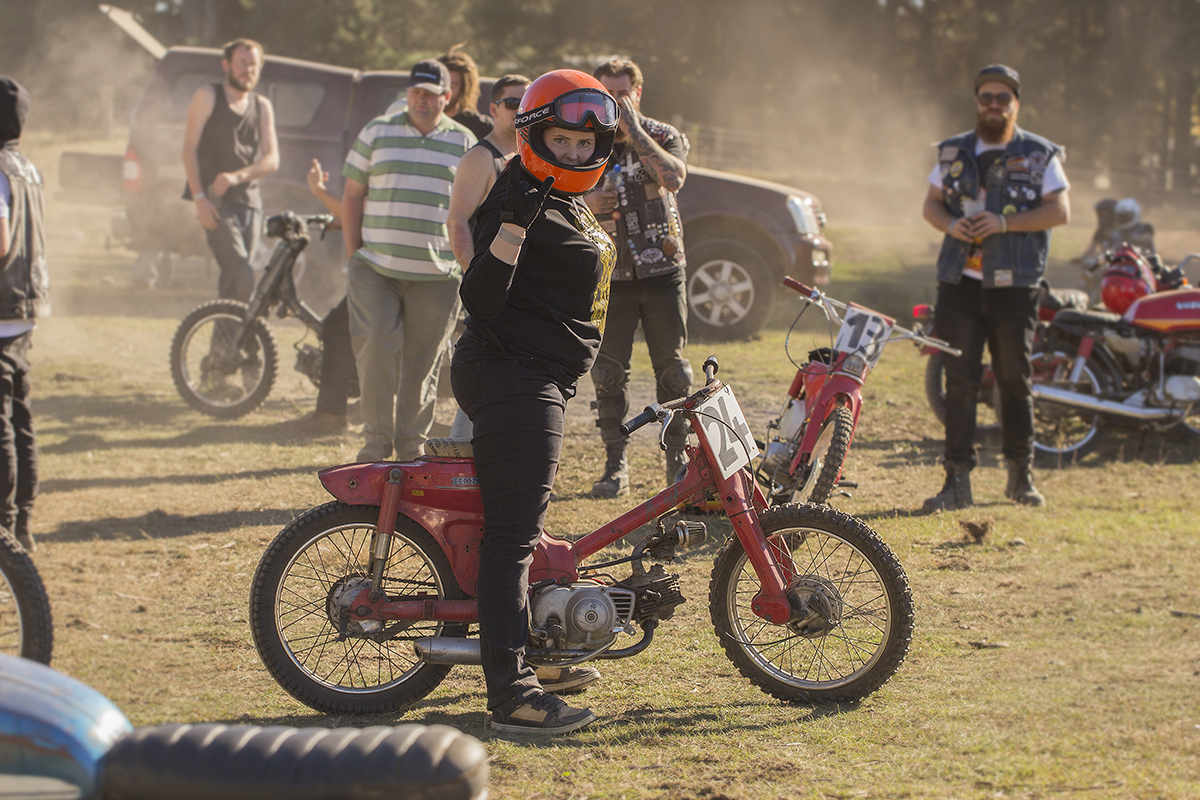 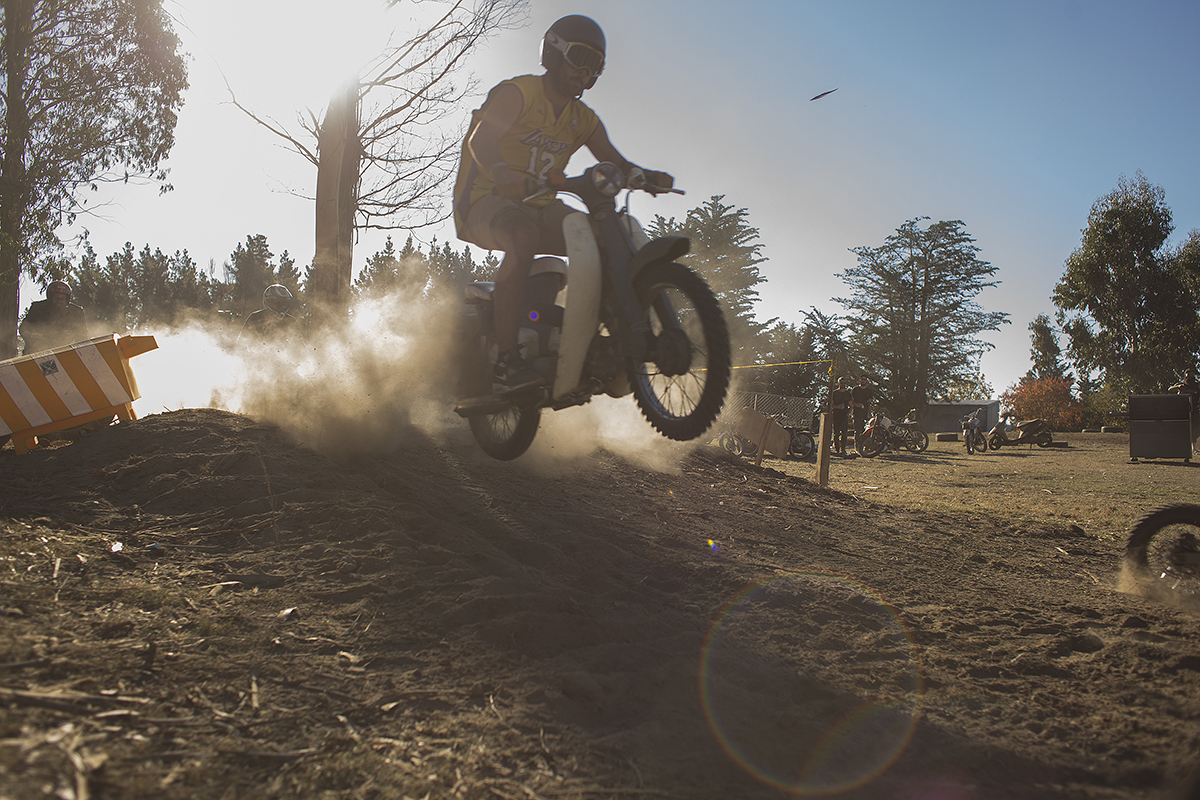 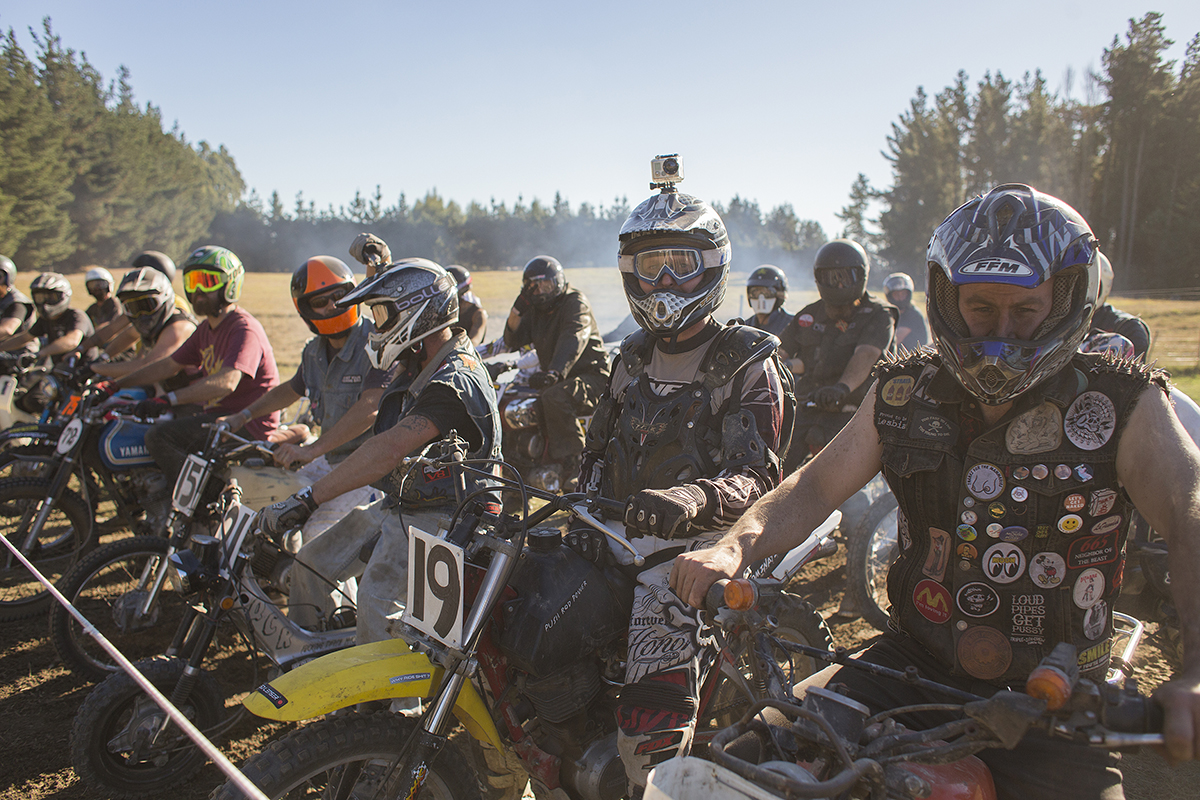 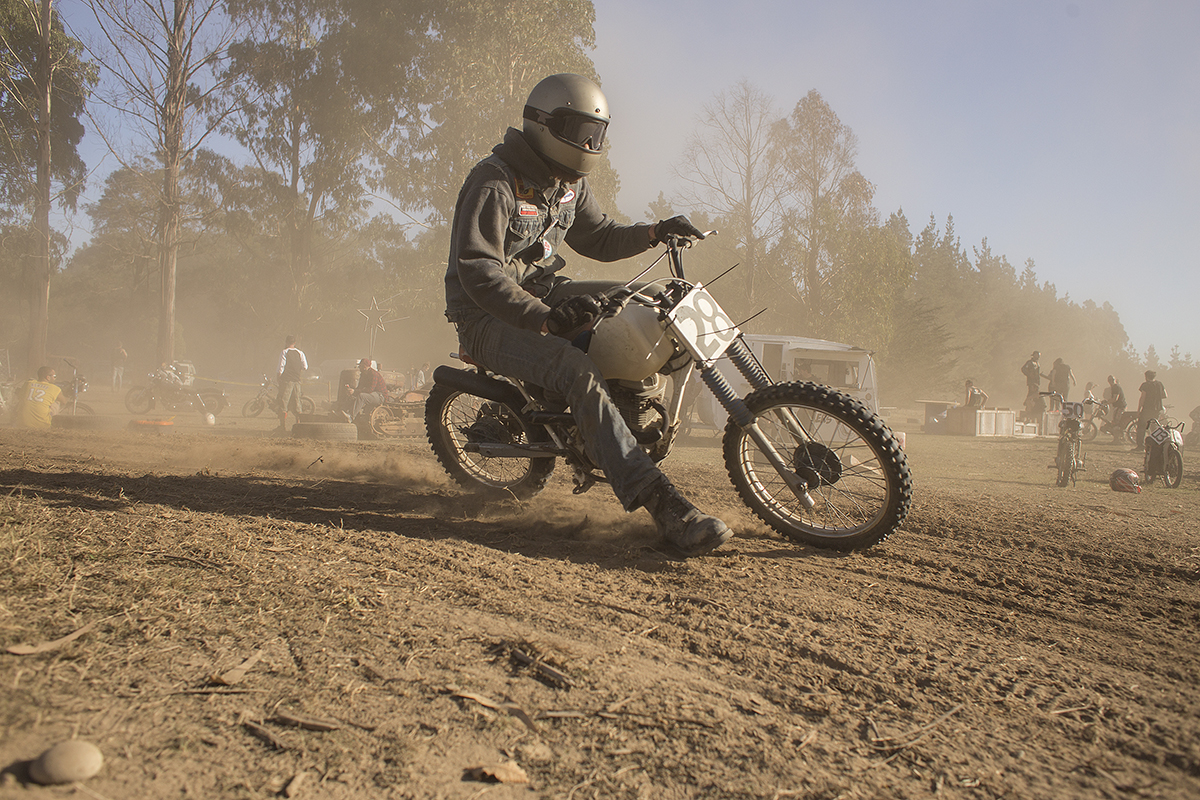 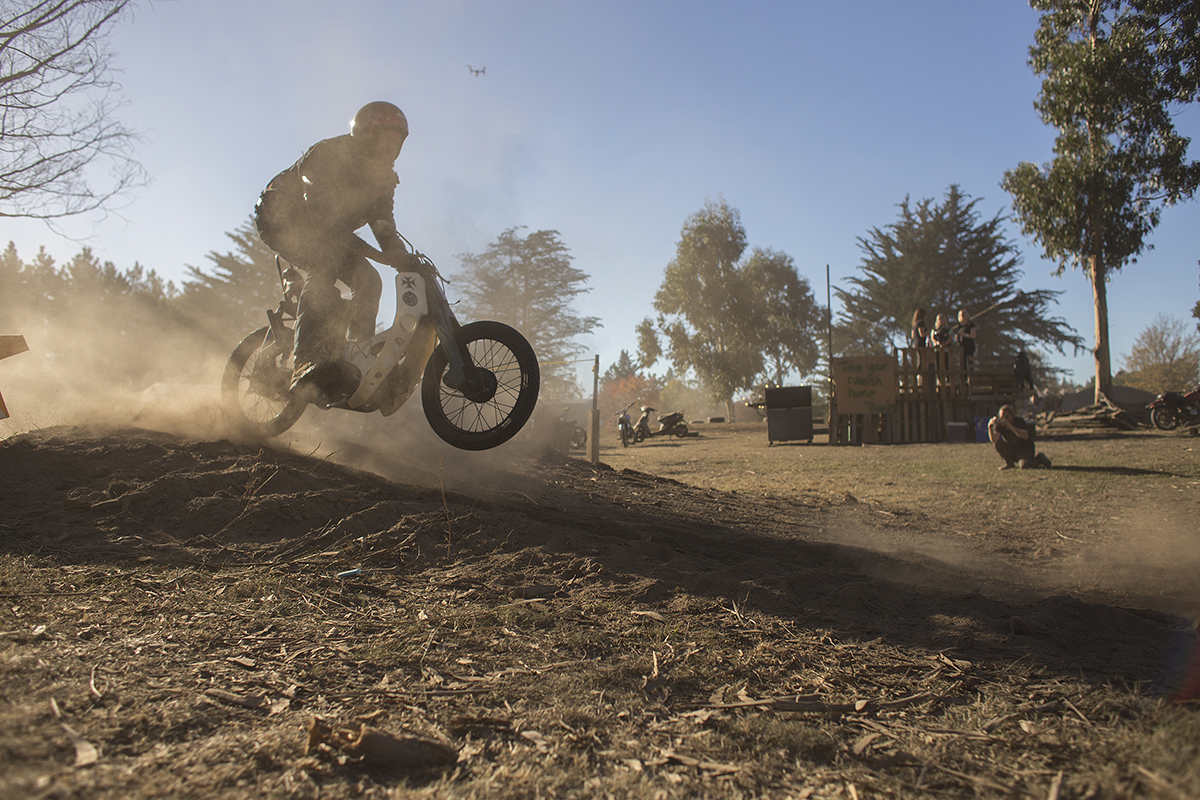 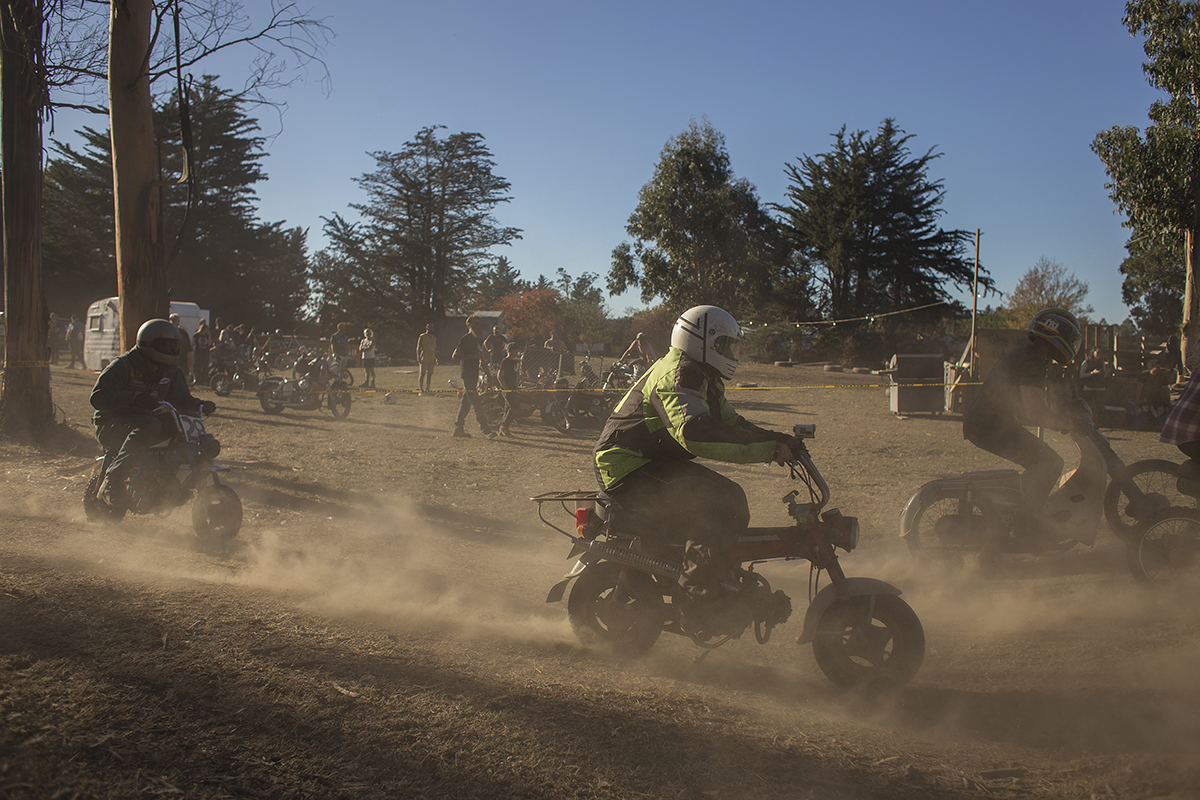 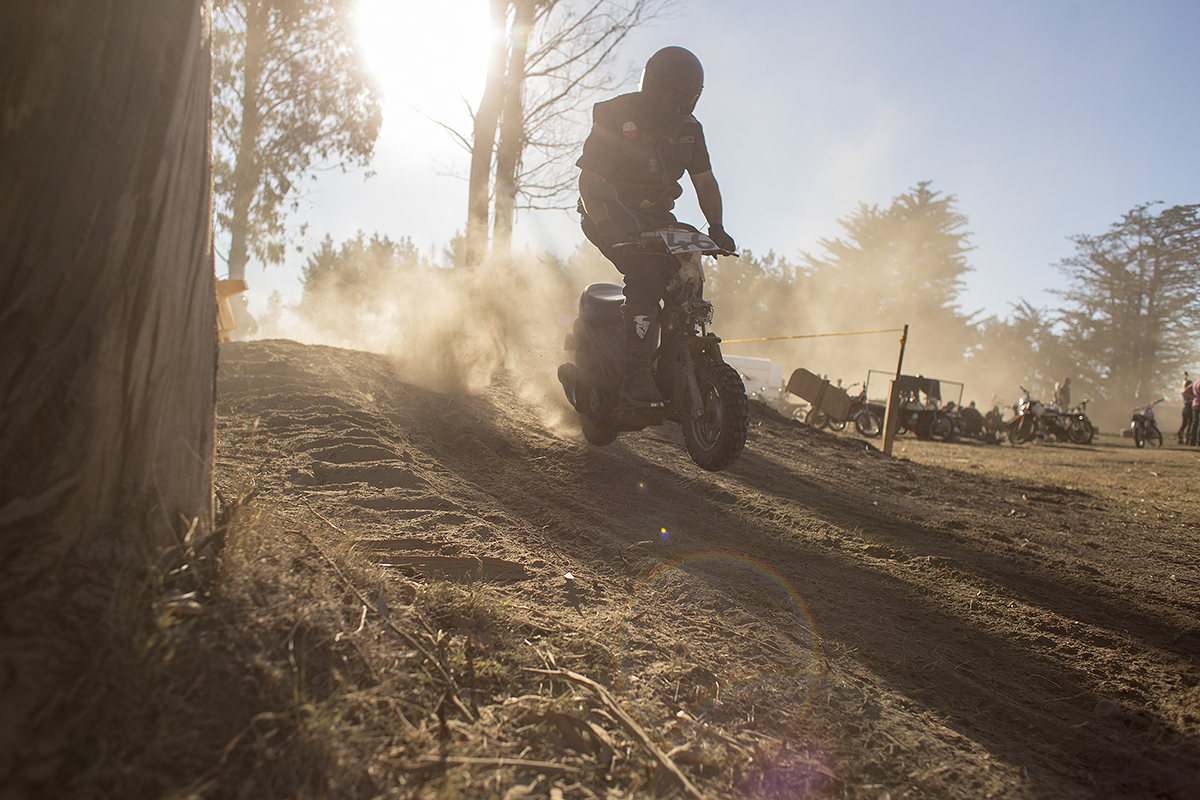 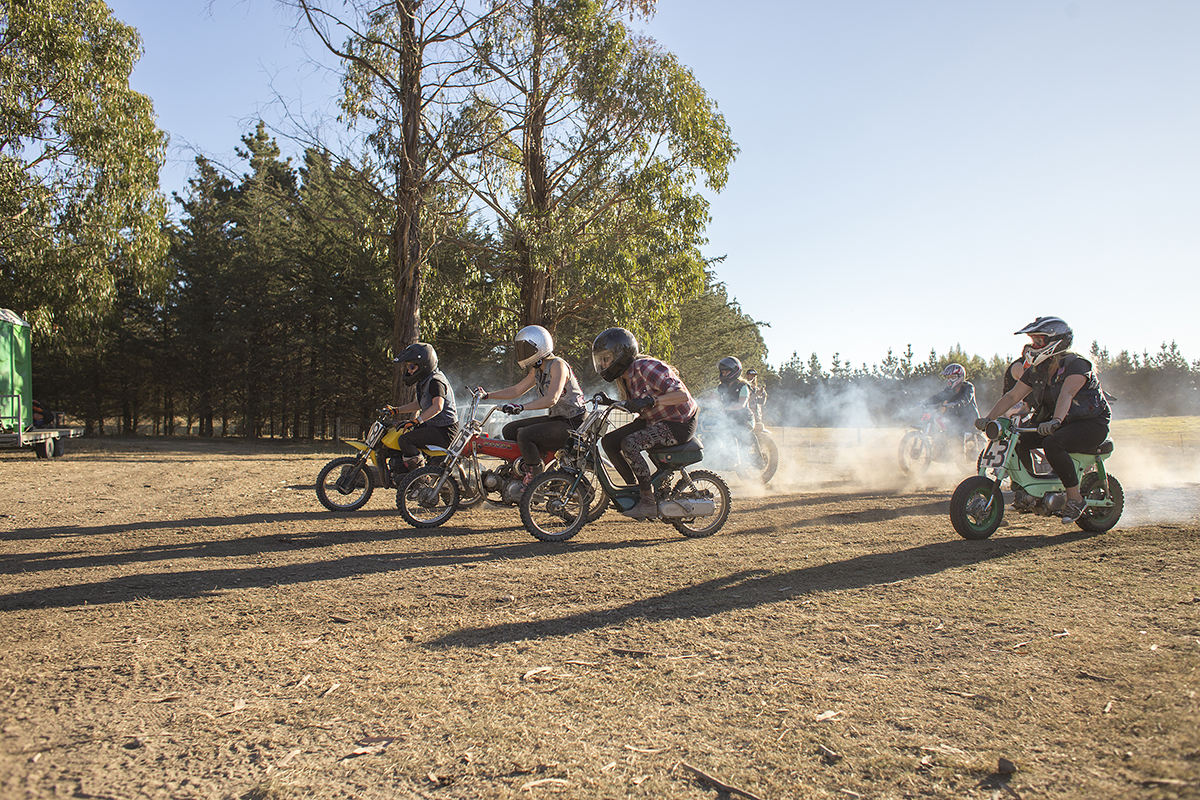 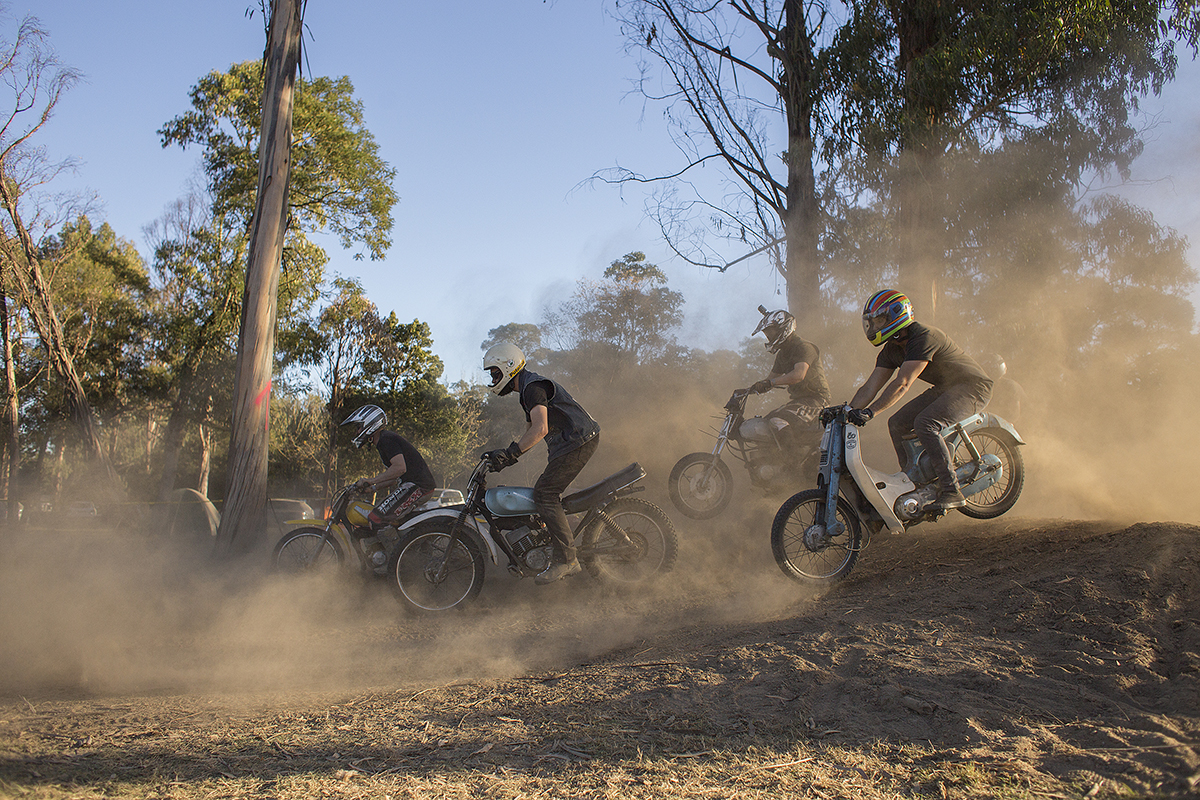 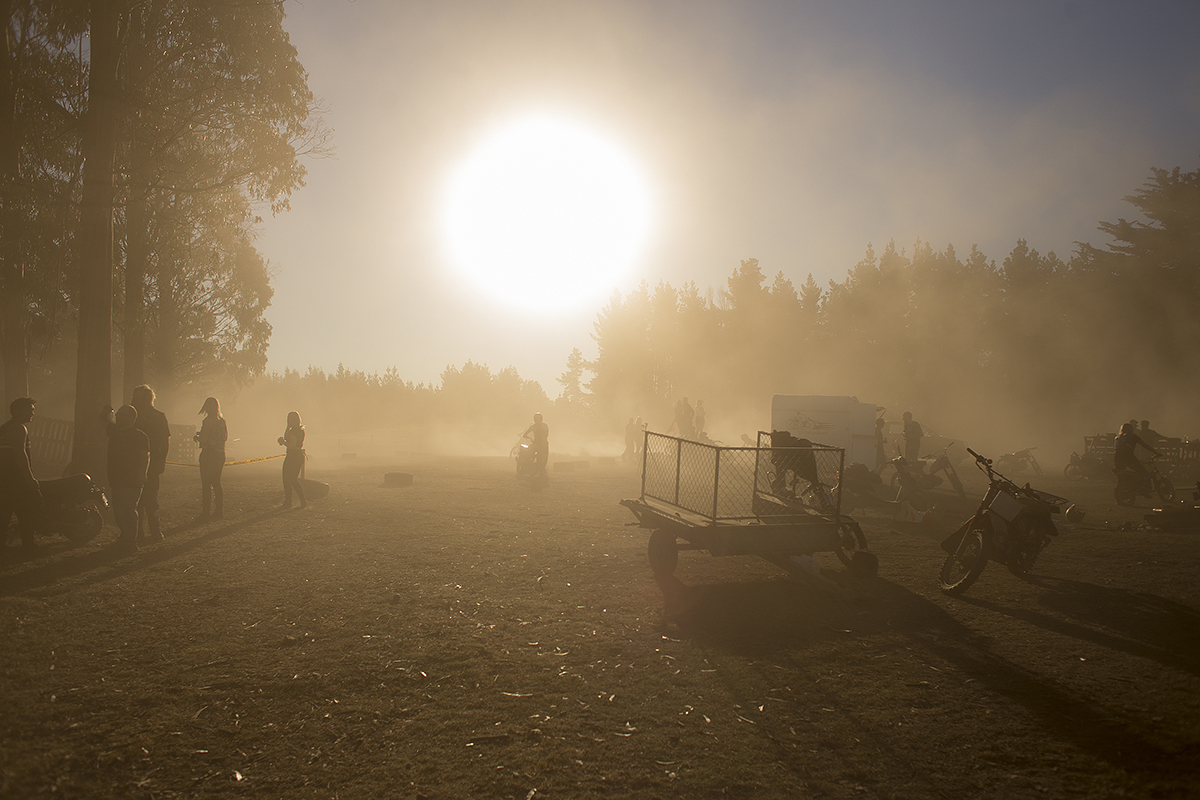 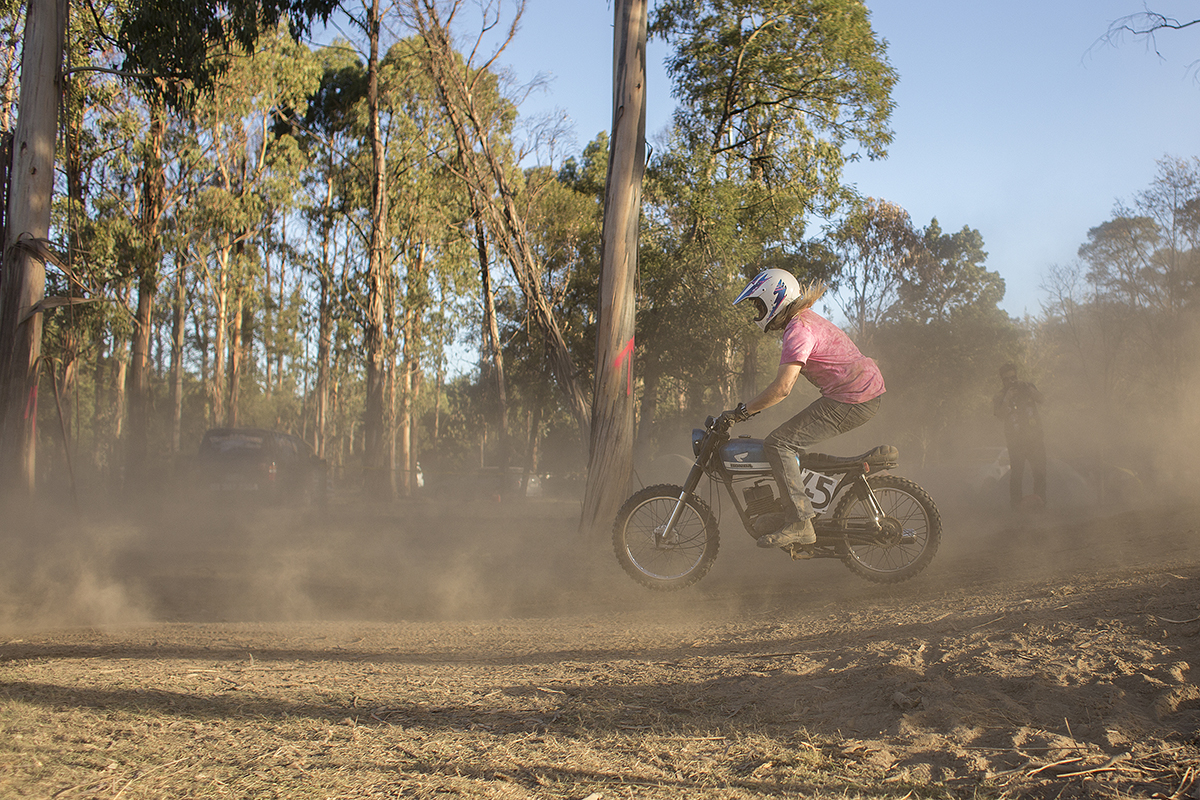