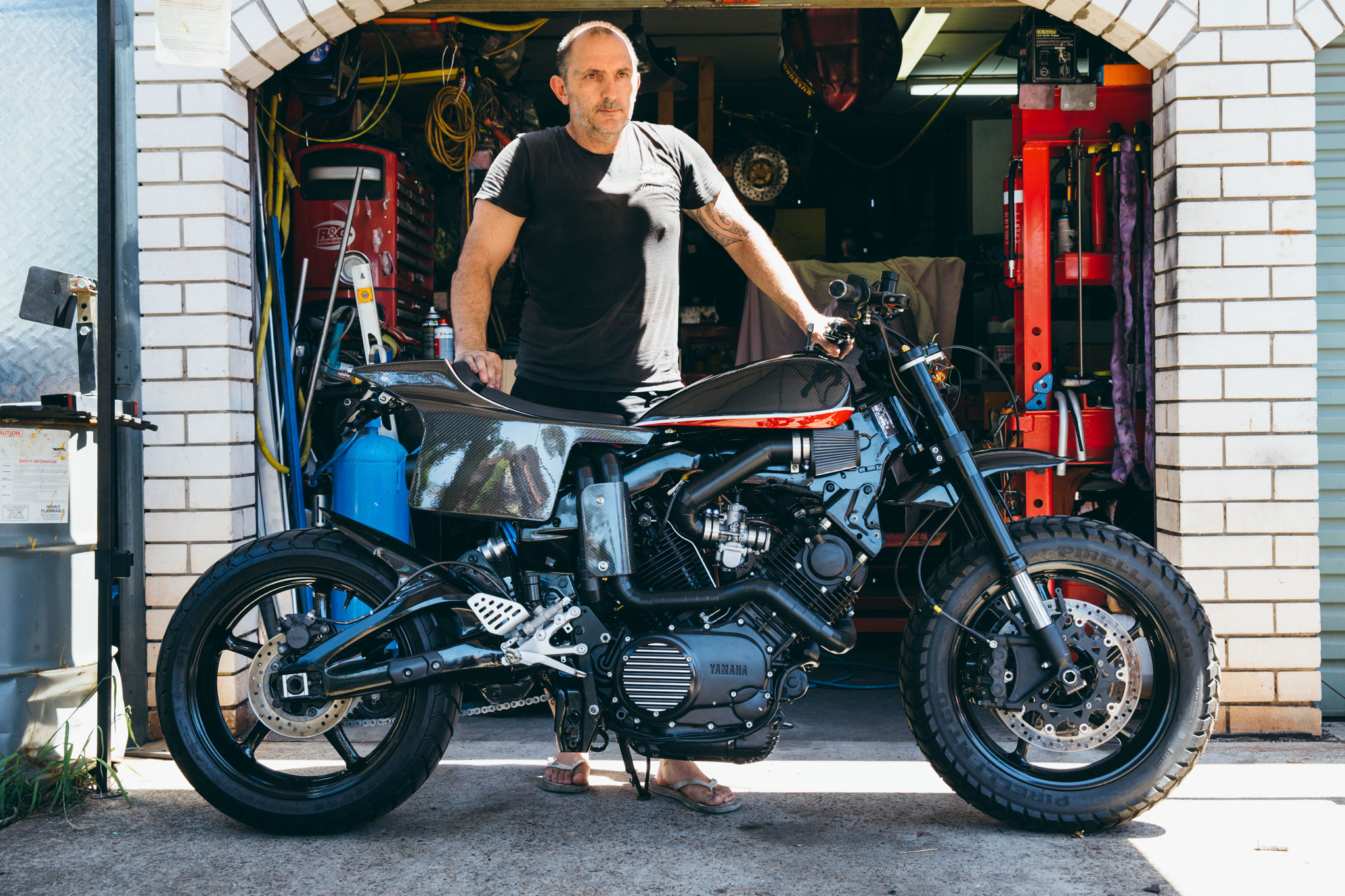 DnA Custom Cycles beginnings were truly humble, with $100 and a bike build off sewing the seeds for what today is a thriving workshop that is only growing further . Darren is pumping out some incredible builds that are being seen at shows and on the streets with a high bar of quality and creativity. It’s onwards and upwards from here on out. 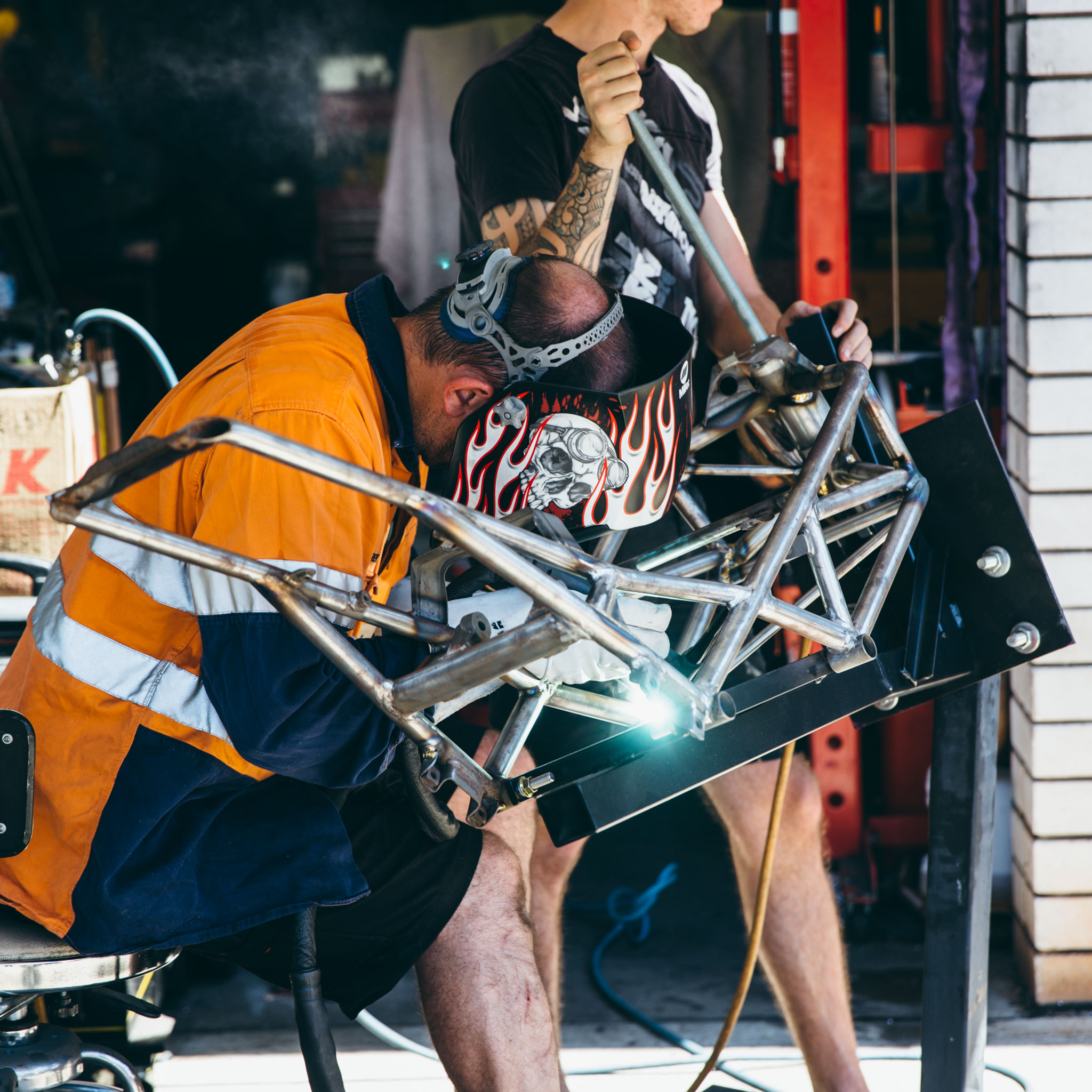 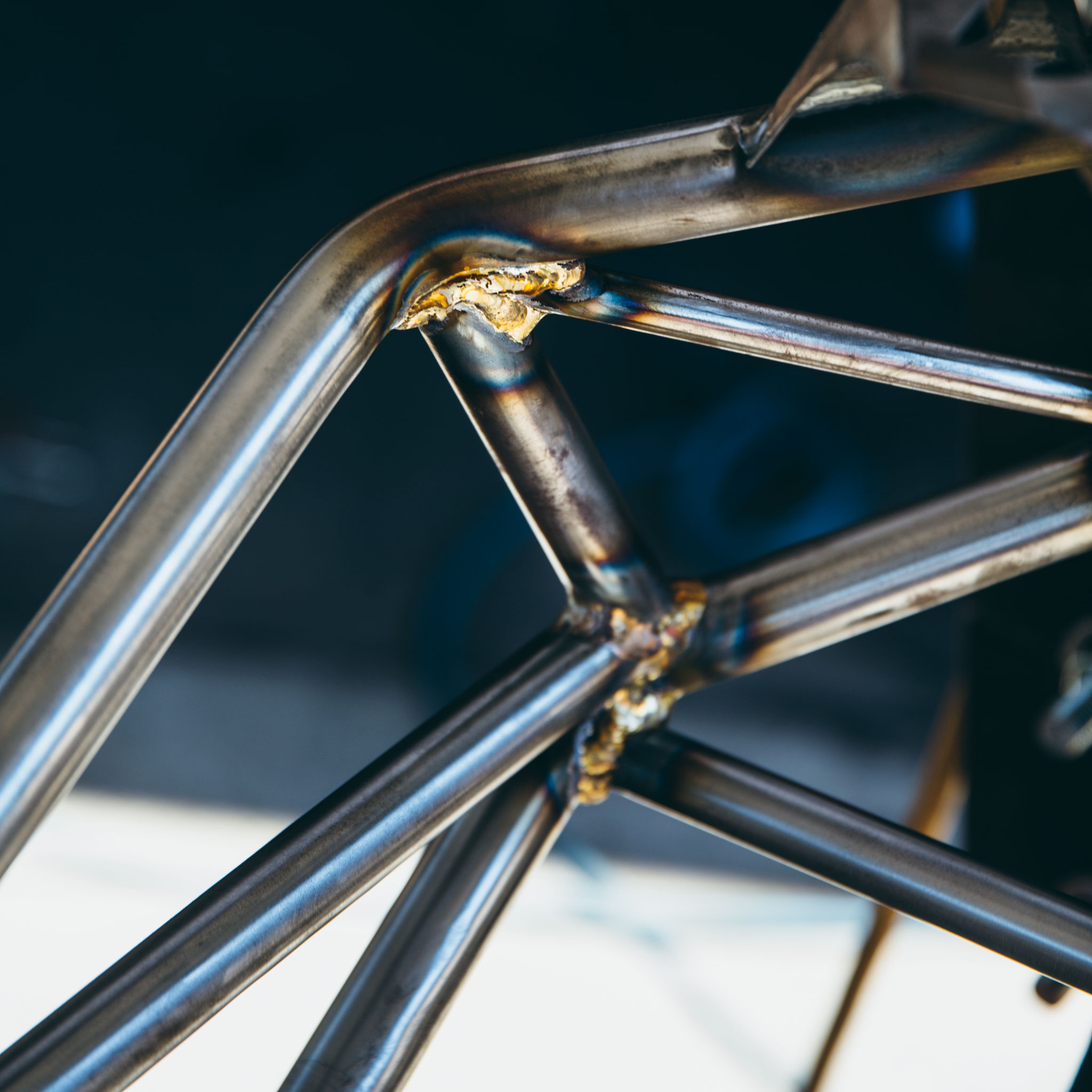 It was back in 2009 that the precursor for Darren’s now full time job would come to be. “I was a broke shift worker without a bike. One of the shift fitters had brought in an old Yamaha SCR250 one day, and asked me if I could get it going for him. The machine turned out to be a total pile of junk, so I haggled with him for a while before he finally sold it to me for $100.” This machine would turn into a somewhat crazy build that would be entered into the Deus Bike Build Off of 2013. This new beast, dubbed Sir Rex, took out first place – and so DnA Custom Cycles would be born. 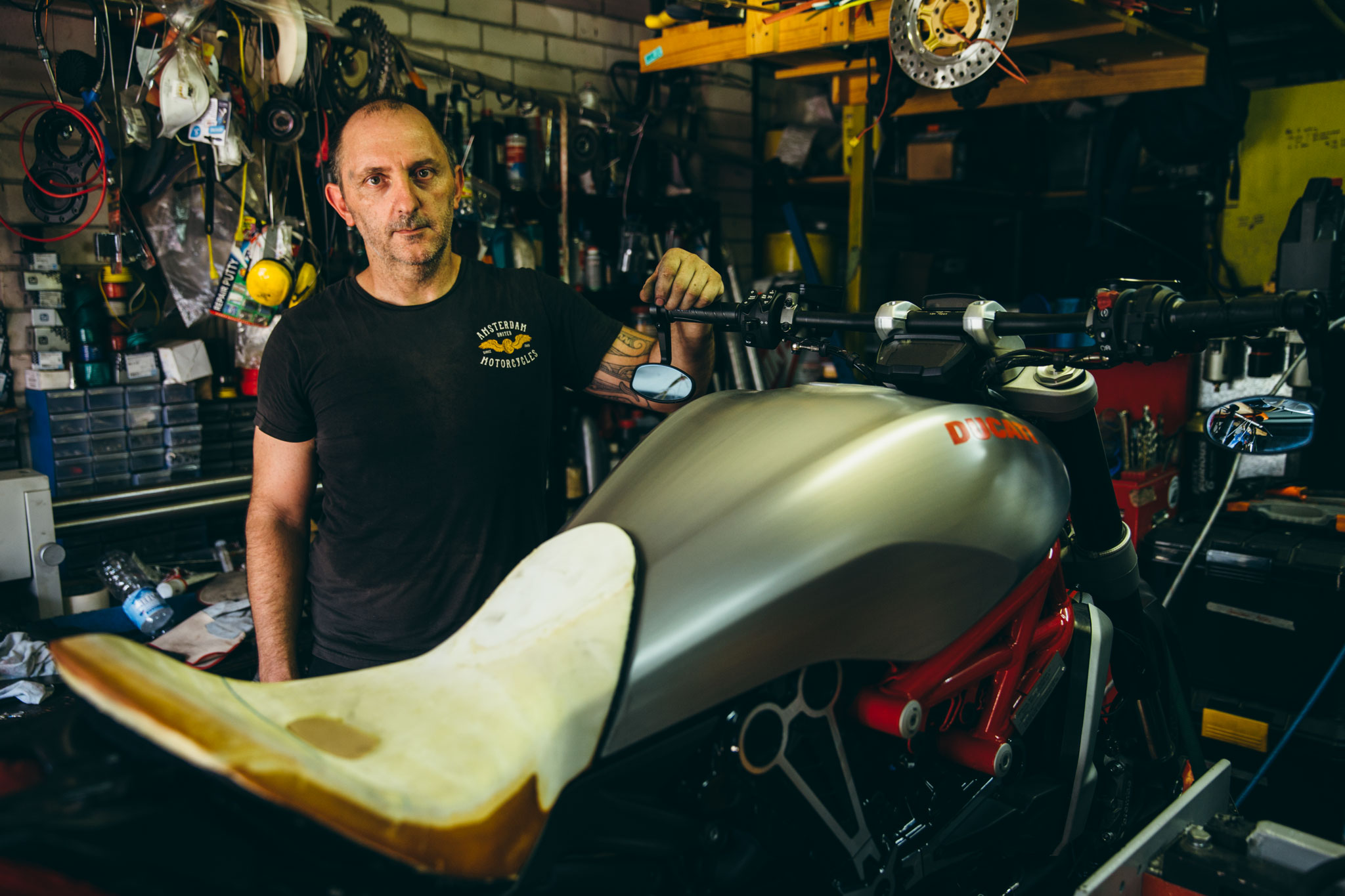 This wasn’t Darren’s first foray into motorcycles. Growing up in New Zealand, he was riding bikes before he could walk. As soon as he was eligible to get his licence, he did; and with it a Yamaha XT125. “I’ve been riding ever since. When I was a kid, Dad would always bring home broken mowers, chainsaws, bikes etc. I would pull them apart and fix then, then Dad would take them to the pub and sell them. Total slave labour!”. 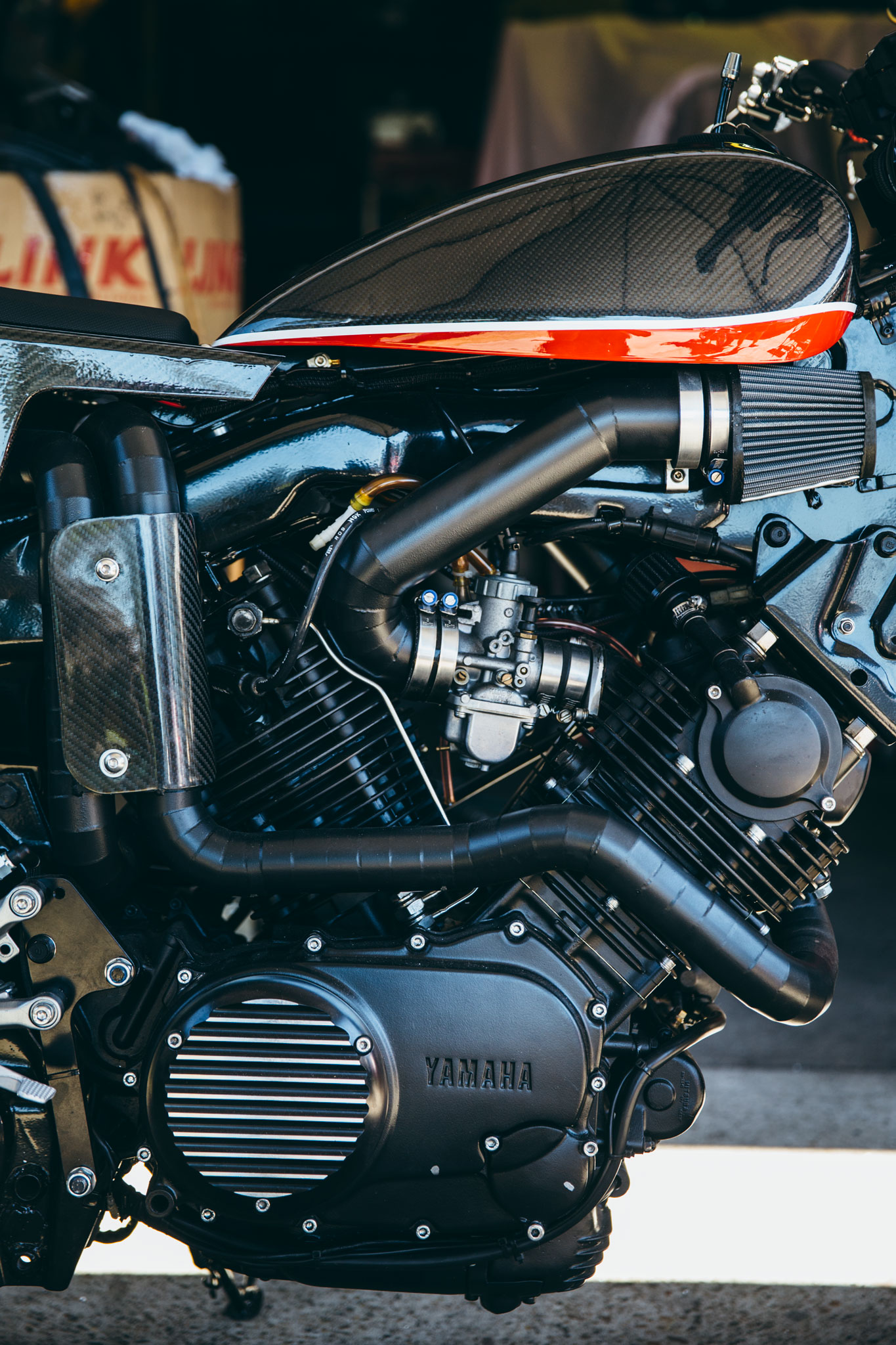 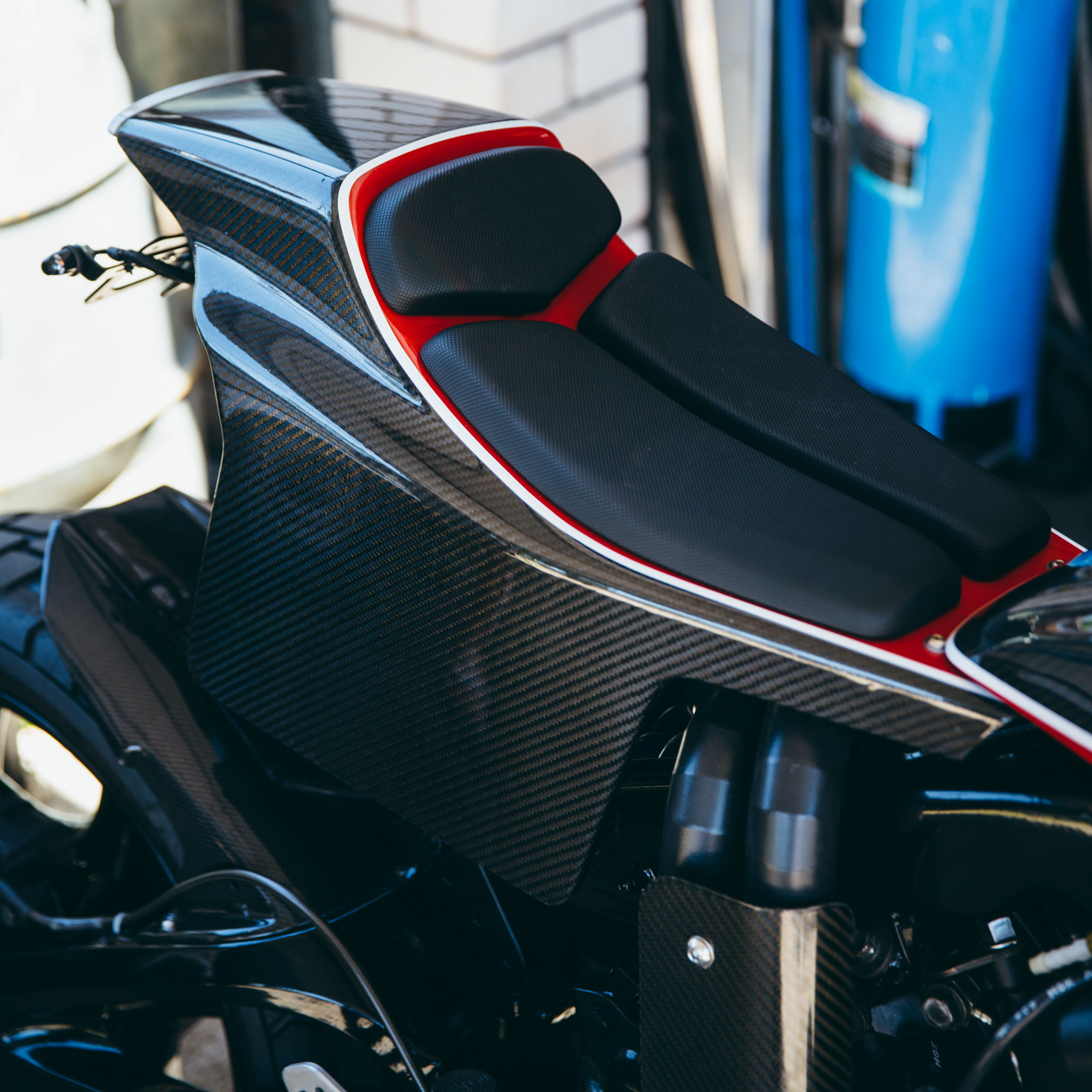 The slave labour has ceased for now – however upon our visit to Darren’s garage we did notice his Son helping out with the work. So perhaps it’s just genetic. Regardless, the wheels have truly been spinning for Darren and DnA Custom Cycles since he started taking this passion to another level. “Back when I won the Deus build off, word had started to spread and I suddenly was building more bikes. I decided then to buy myself a CNC mill and to teach myself how to program and run it. Soon after came the lathe, and the list only grew from there.” 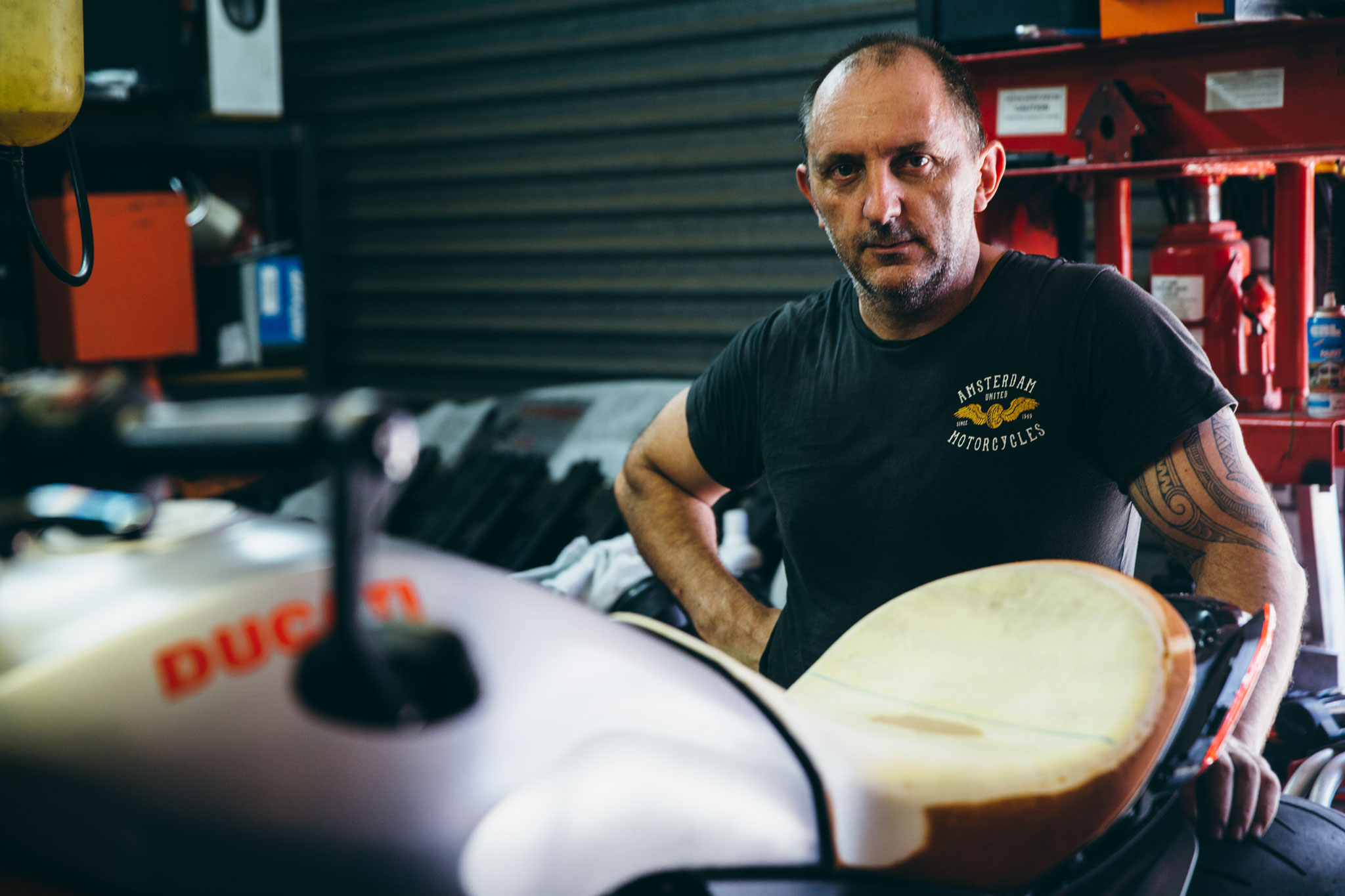 It was in June 2016 that Darren would finish 12 years of shift work to now completely dedicate himself to working on bikes. The double garage that served as the starting point for his humble beginnings has now been outgrown. More and more bikes are being worked on, with incredible results each time. It’s time now to step it up another notch, with an official dedicated space boasting 320sq in Riverstone NSW to play home to the new DnA Custom Cycles workshop. “It’ll be a completely licensed and insured motorcycle repair/service centre. I’ve taken on my Son as a 2nd year apprentice mechanic to help with the never ending workload that’s been pouring in.” 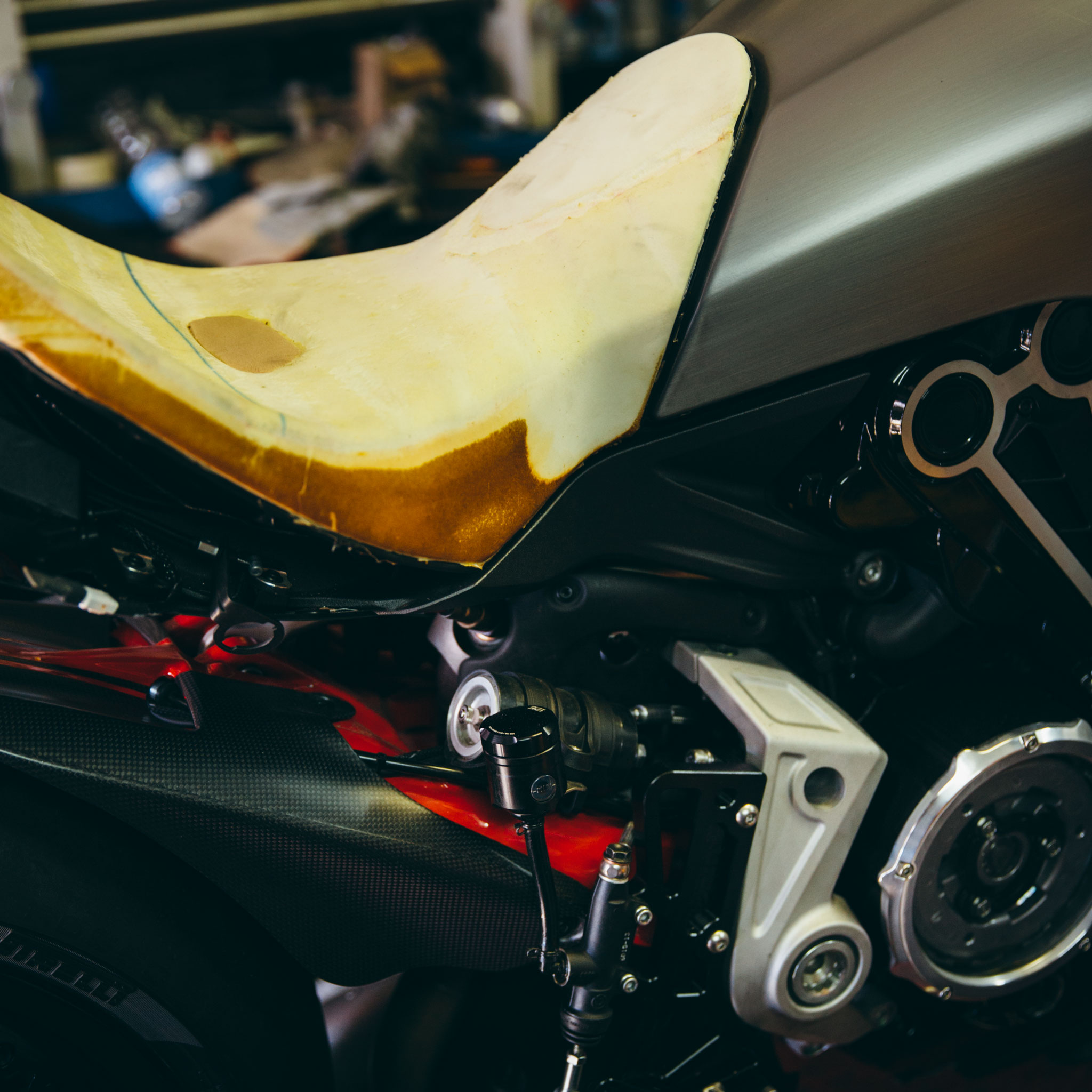 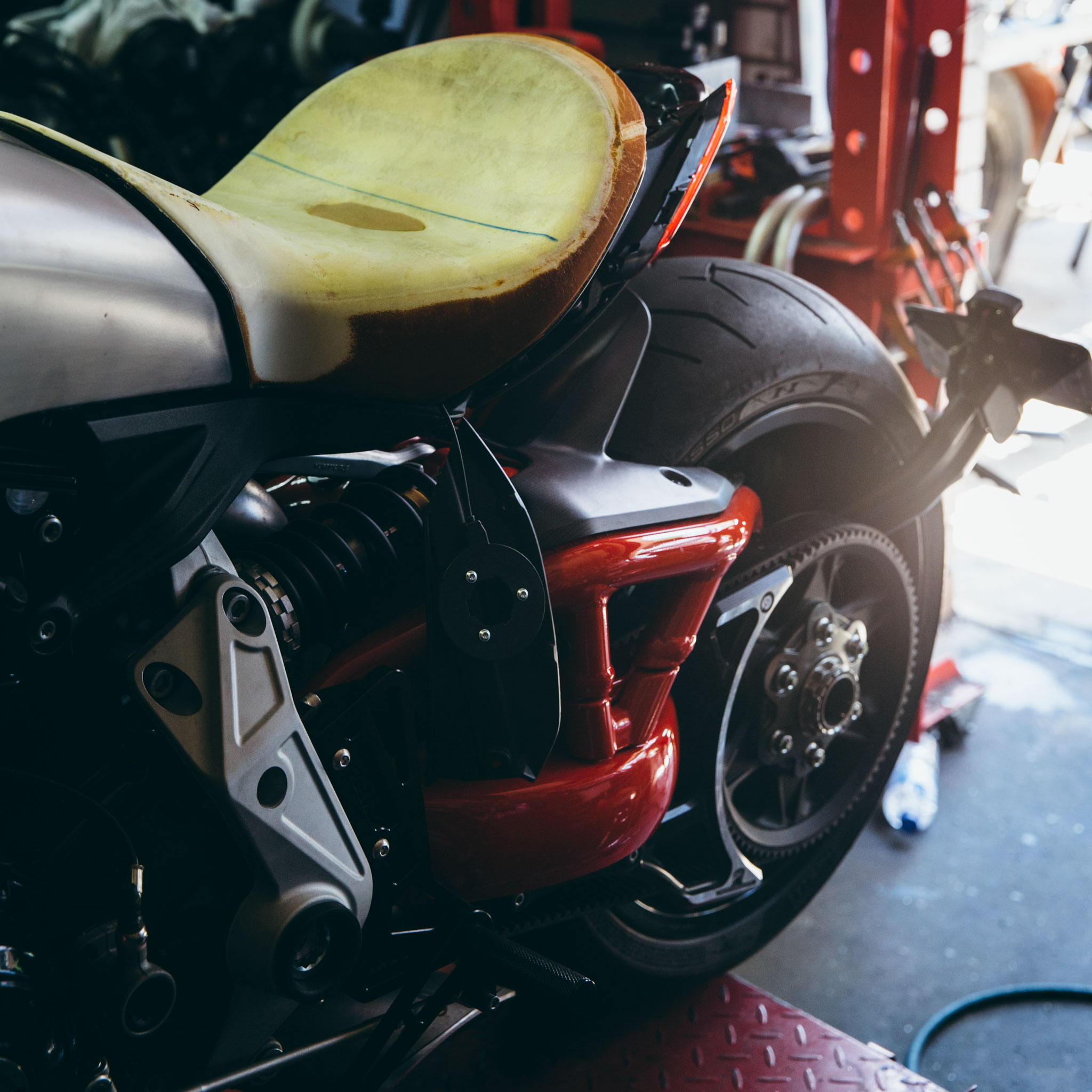 “The plan for the business is to build on what we already provide while expanding to some more exotic services. I’m hoping to be in a position to put our fibreglass/carbon guy on full time down the track with the view to build a large CNC router for making foam or clay plugs for custom fairings and cowls etc.

Once we are in the new shop and we get everything setup and running I’m expecting this year to be very interesting. There are a number of really cool builds getting dropped off once the doors are open.

And that’s just a taste of this years work. ” 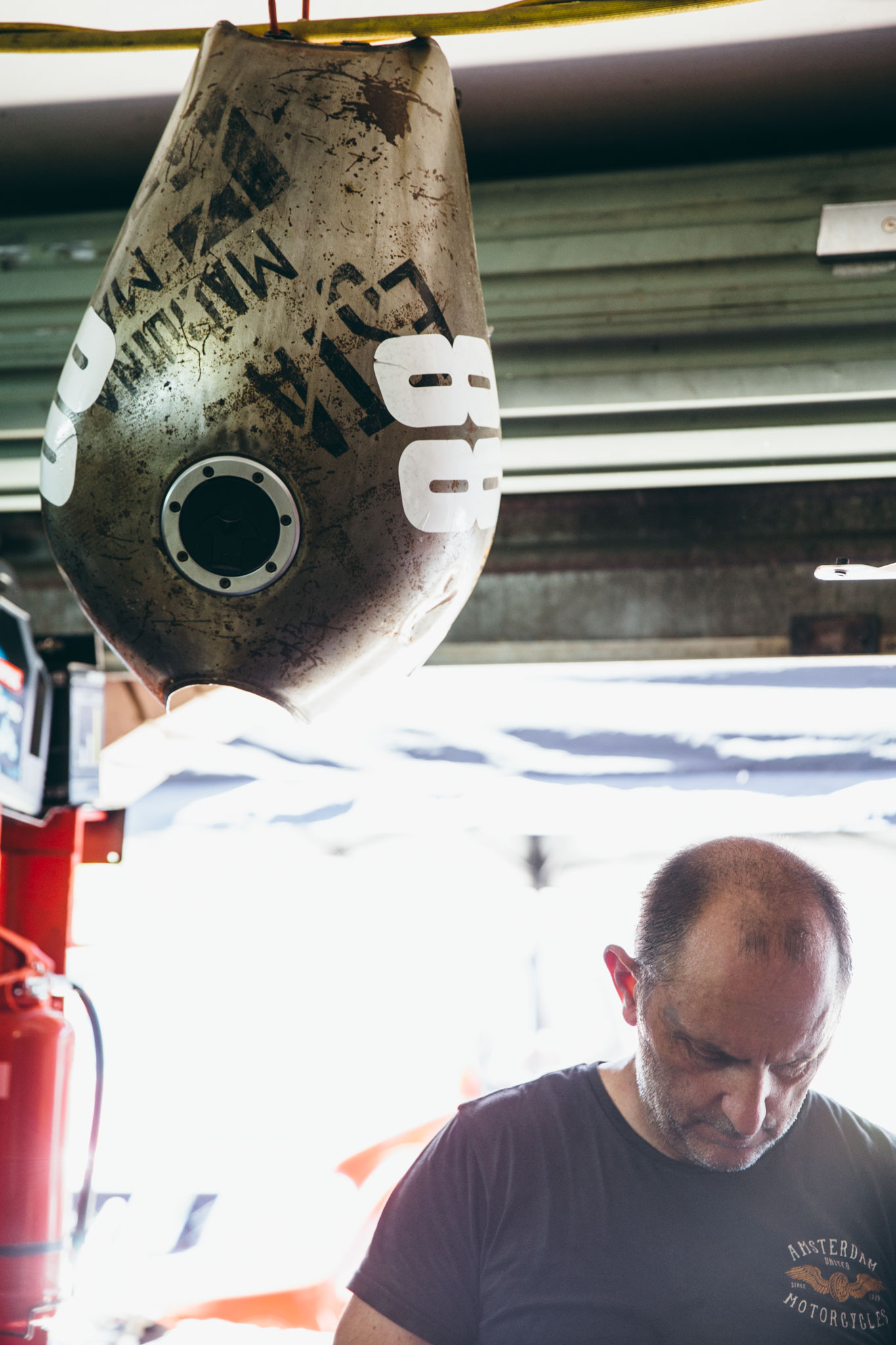 This exciting new space that will be opening soon will boast everything from general servicing and repairs, to full custom builds. “We have the CNC mill that we use for custom billet parts from yokes, engine cases, rear sets etc. We also have a manual lathe for axles, stems and other cool parts. I love doing lots of crazy custom exhaust systems for pretty much any bike and style our customs can dream up. Both stainless steel and titanium.

To check out more on DnA Custom Cycles, CLICK HERE. We’ll be back soon to check out Darren’s new space and the exciting builds that come from it. 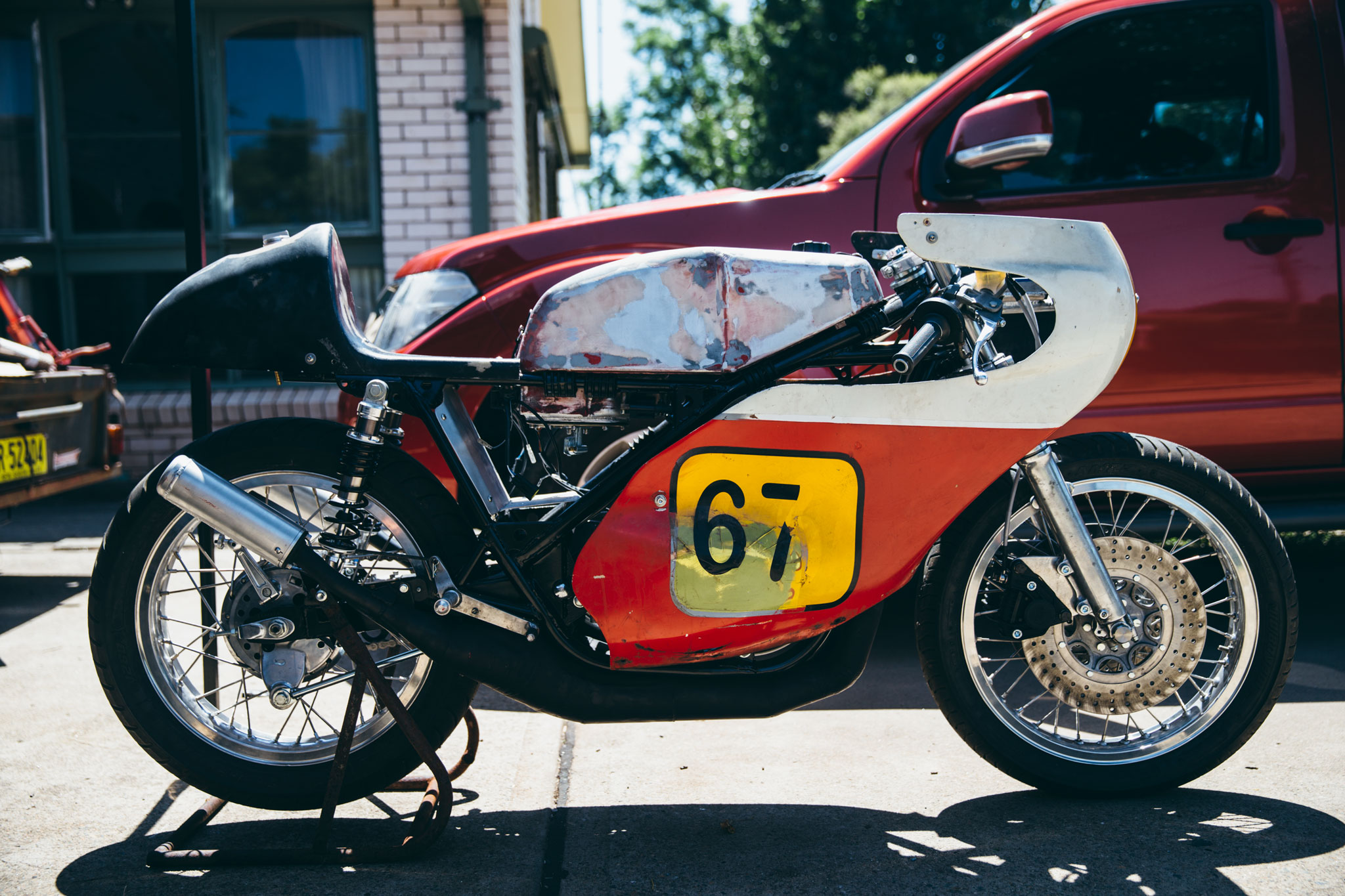 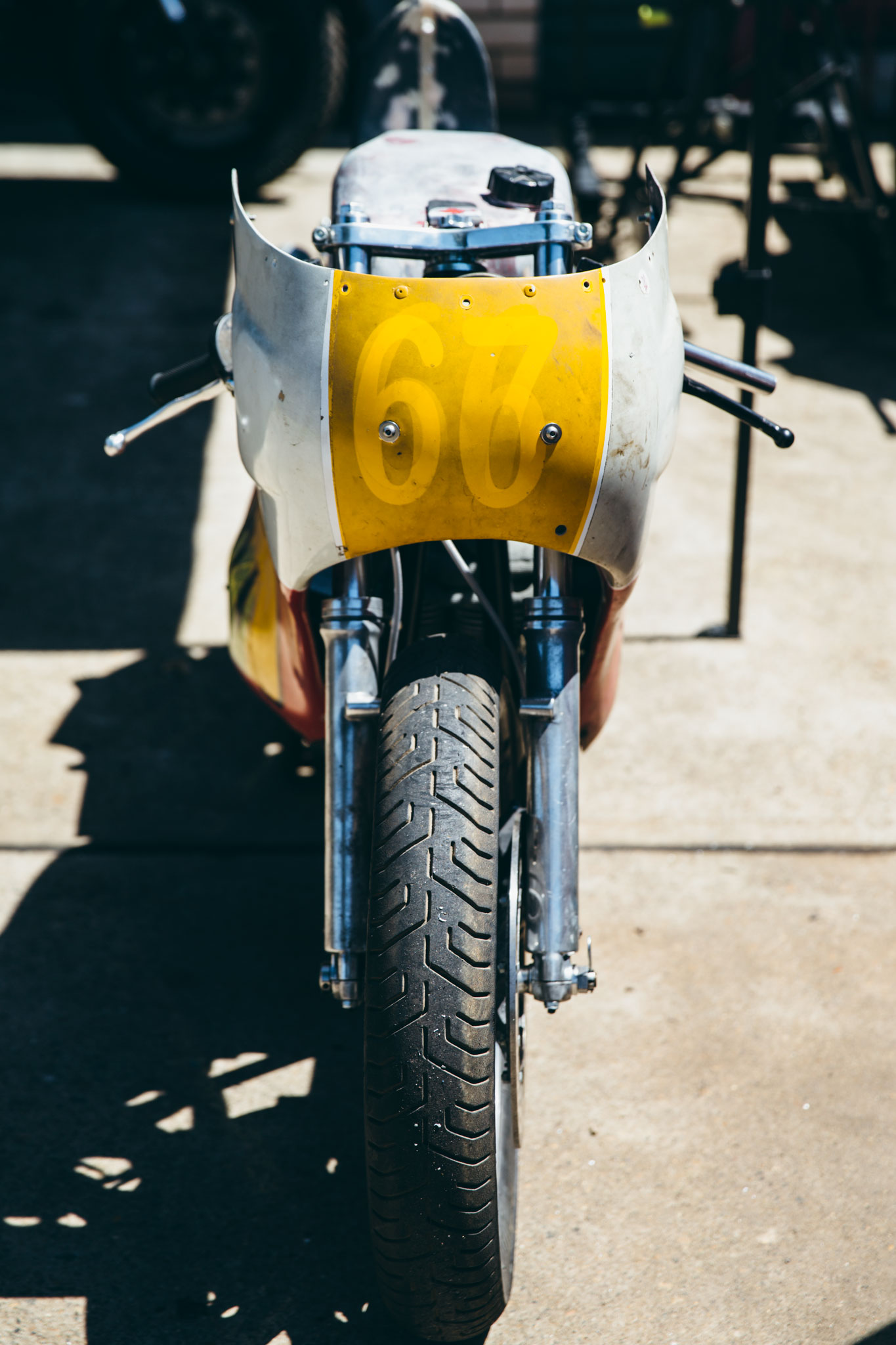 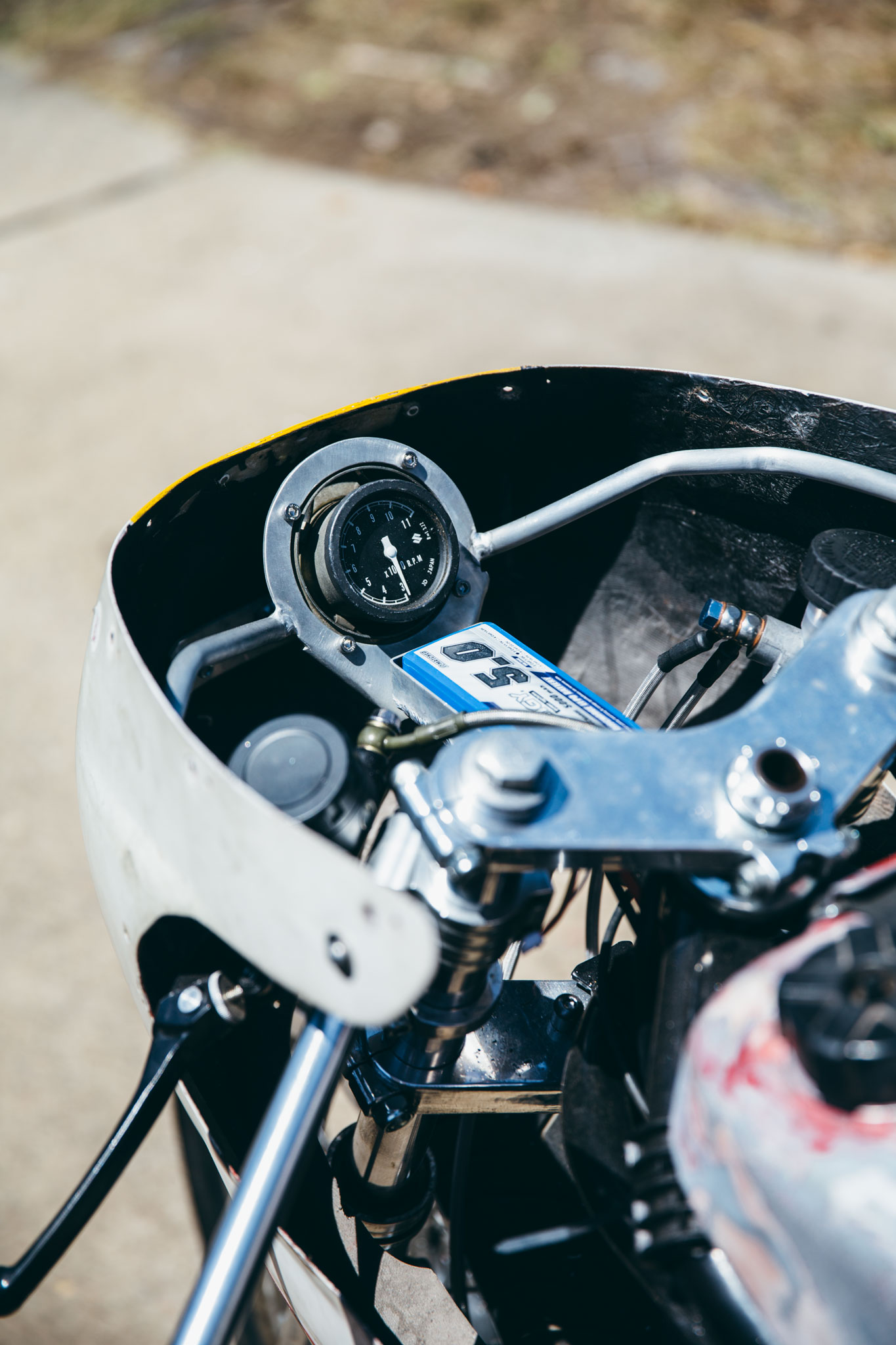 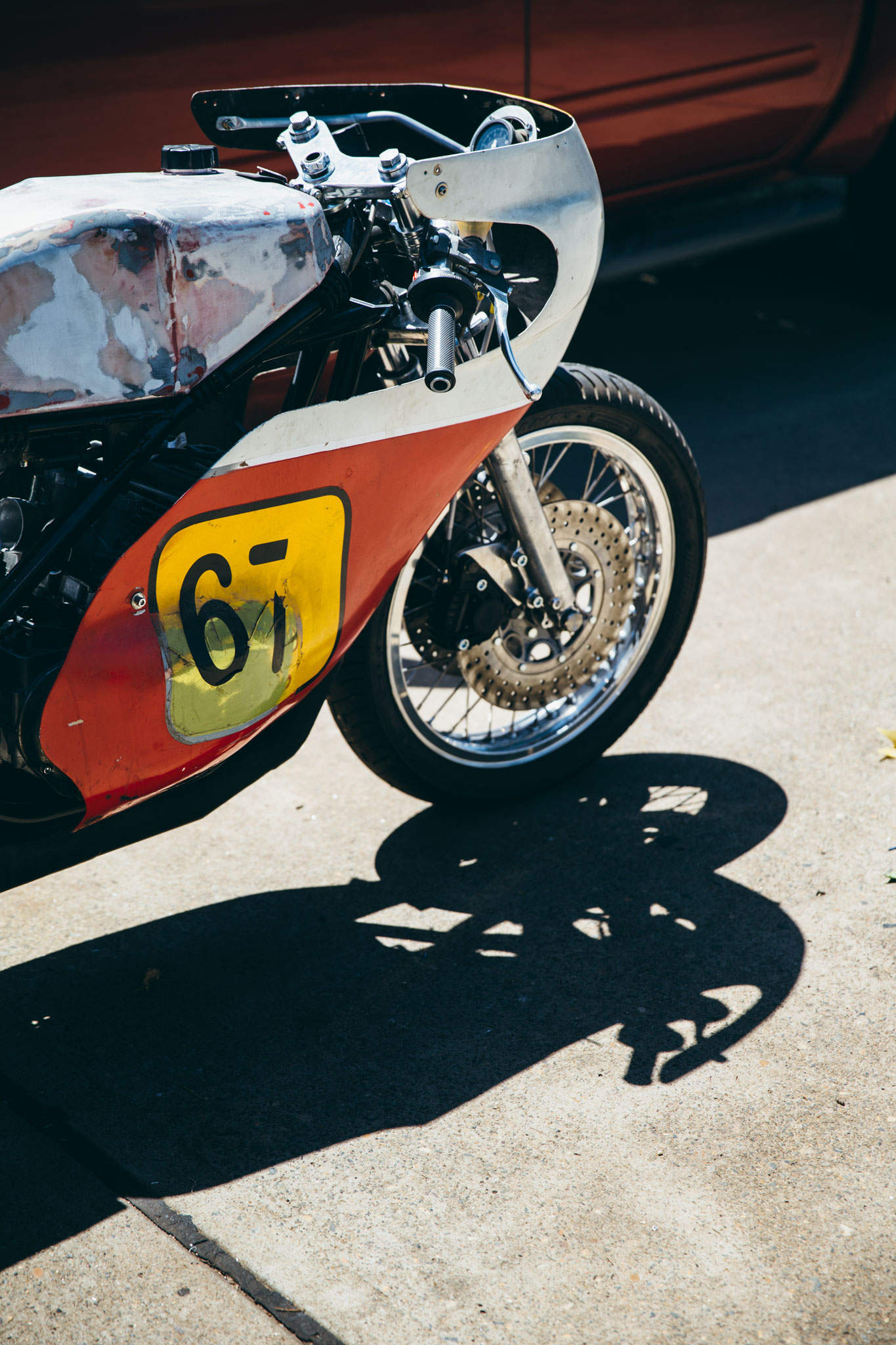 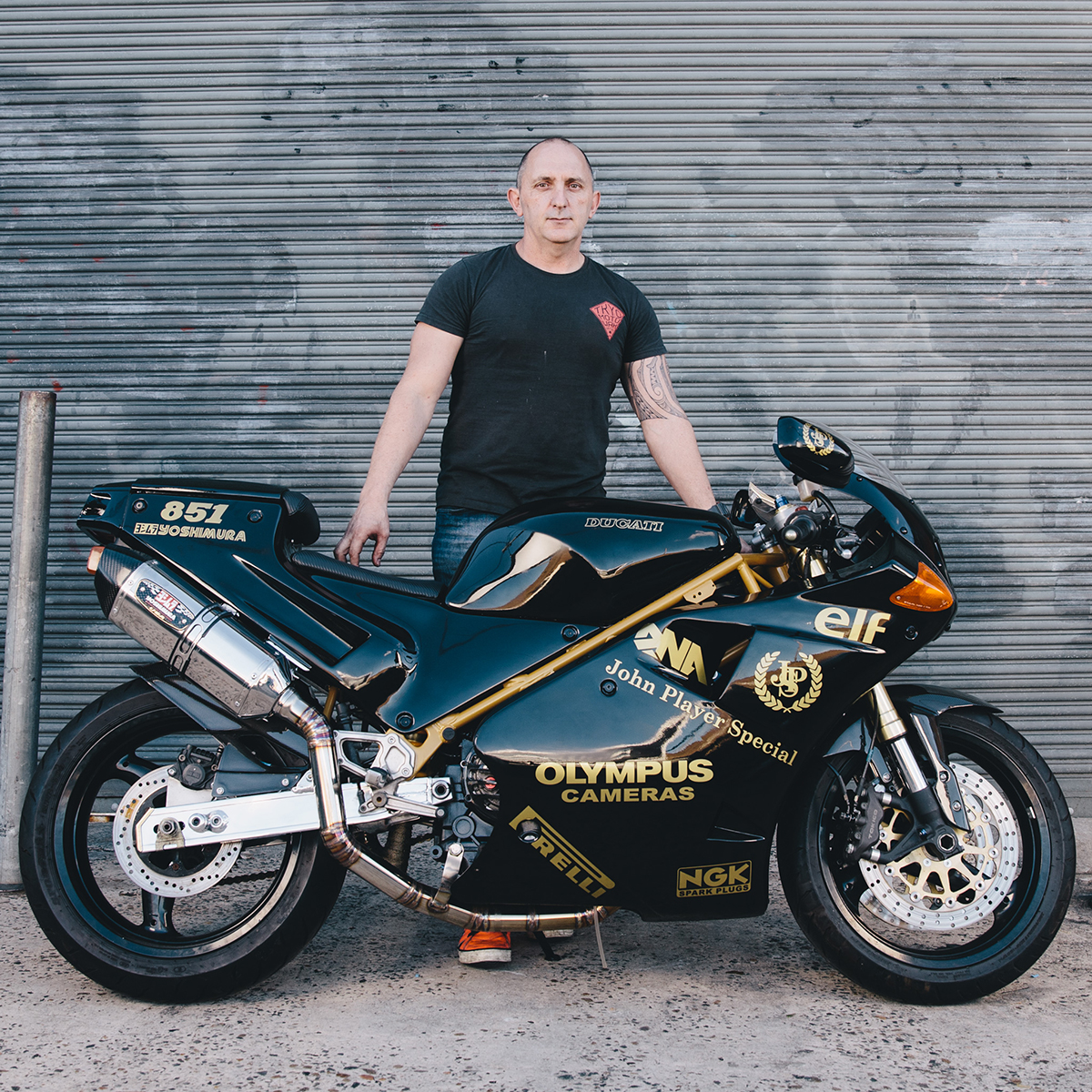 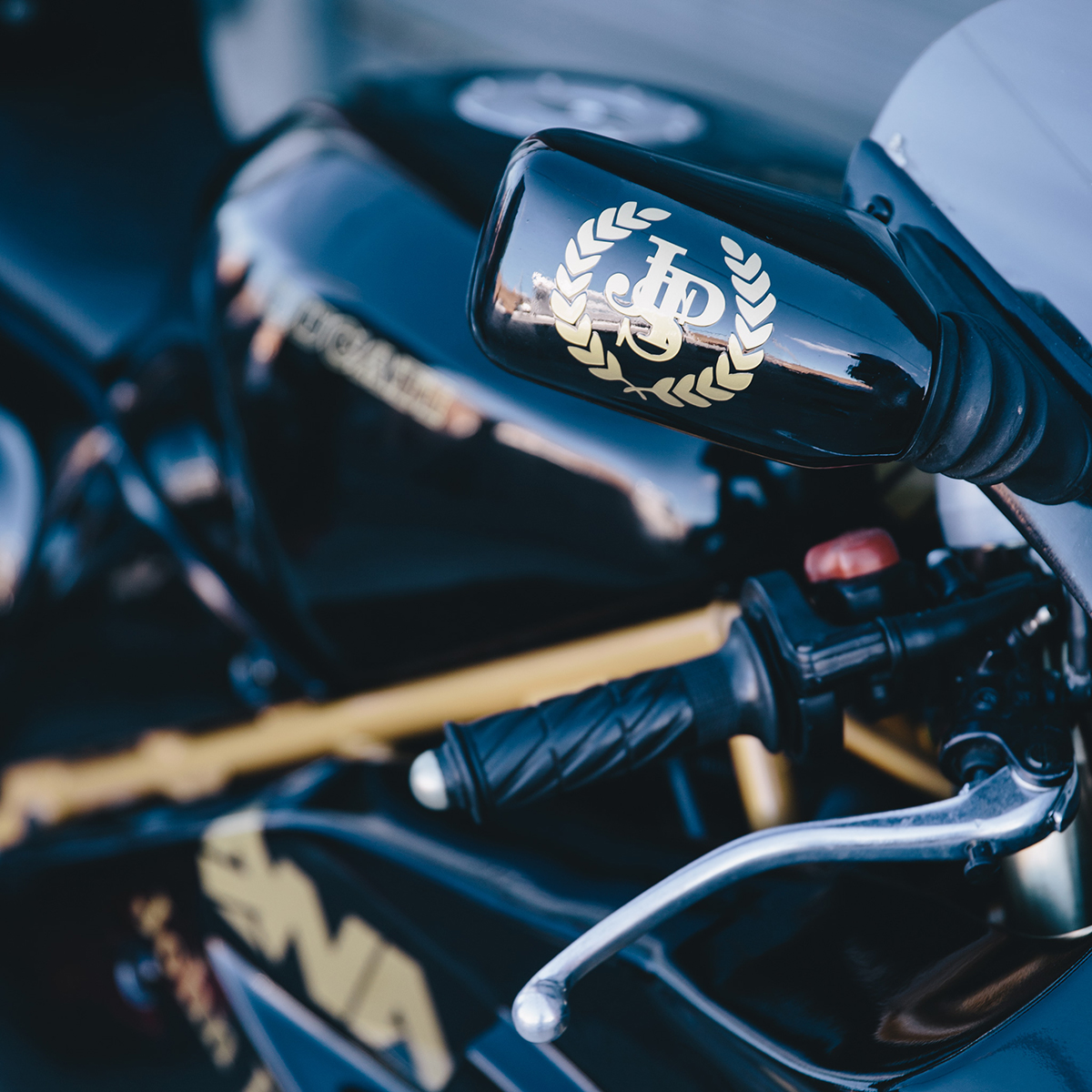 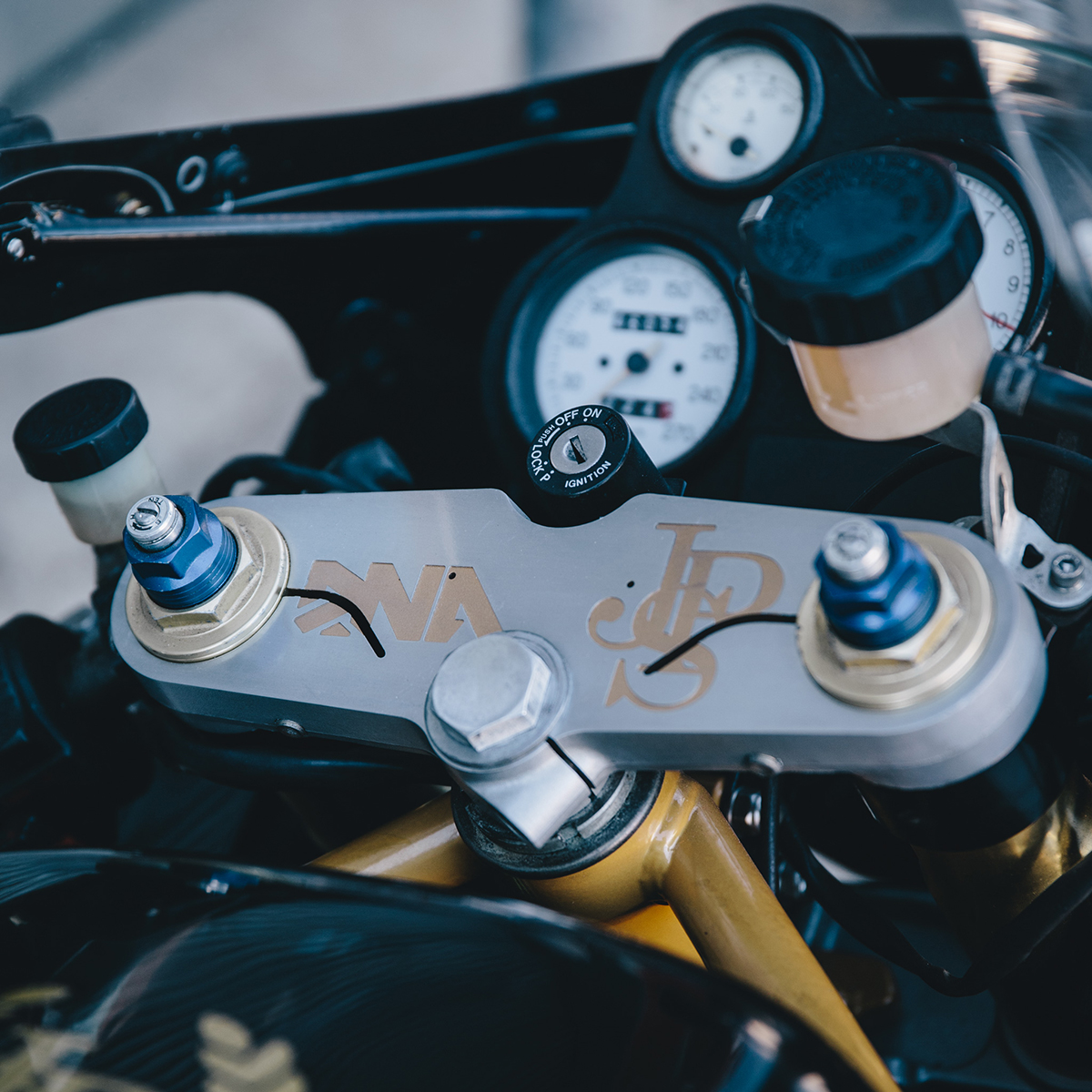 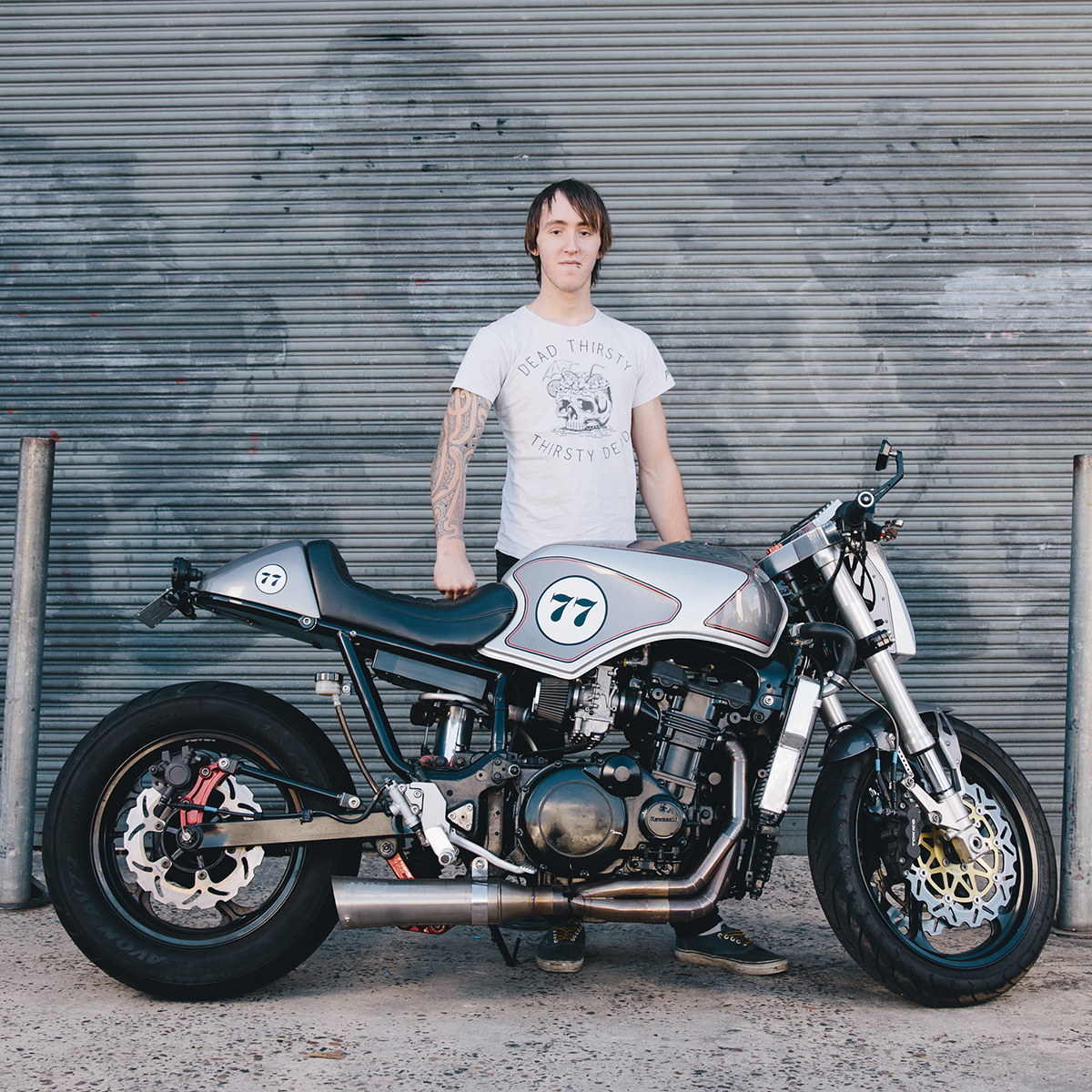 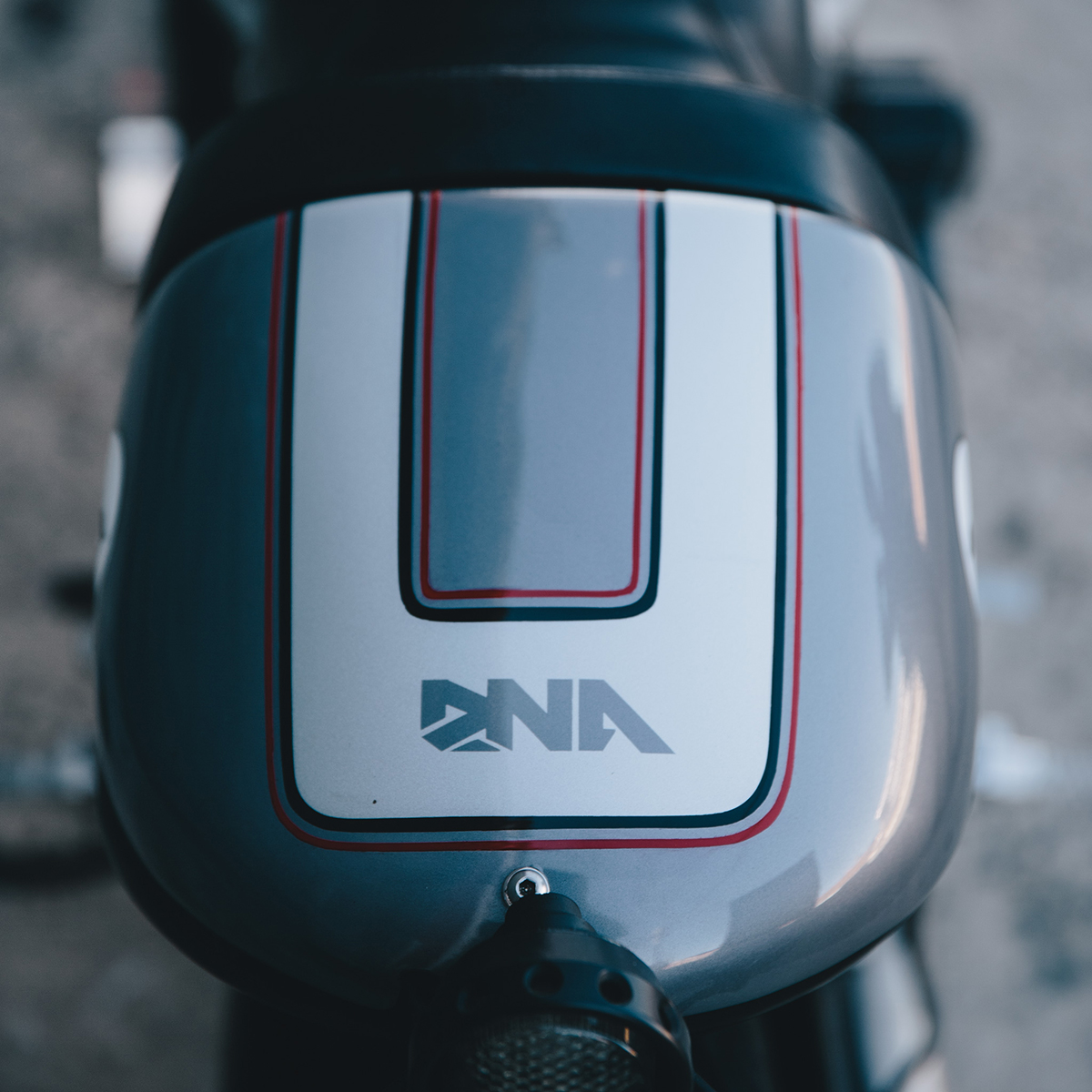 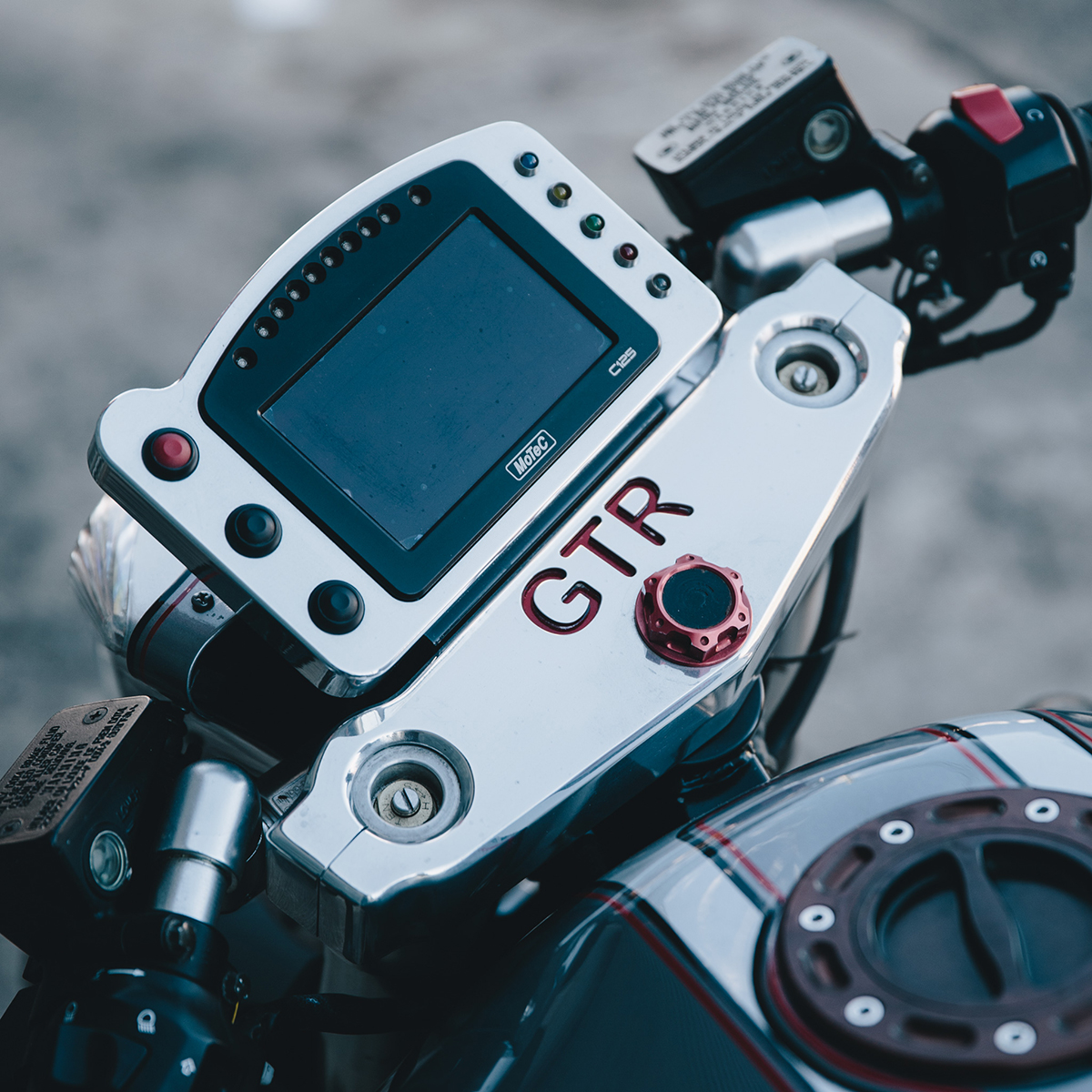