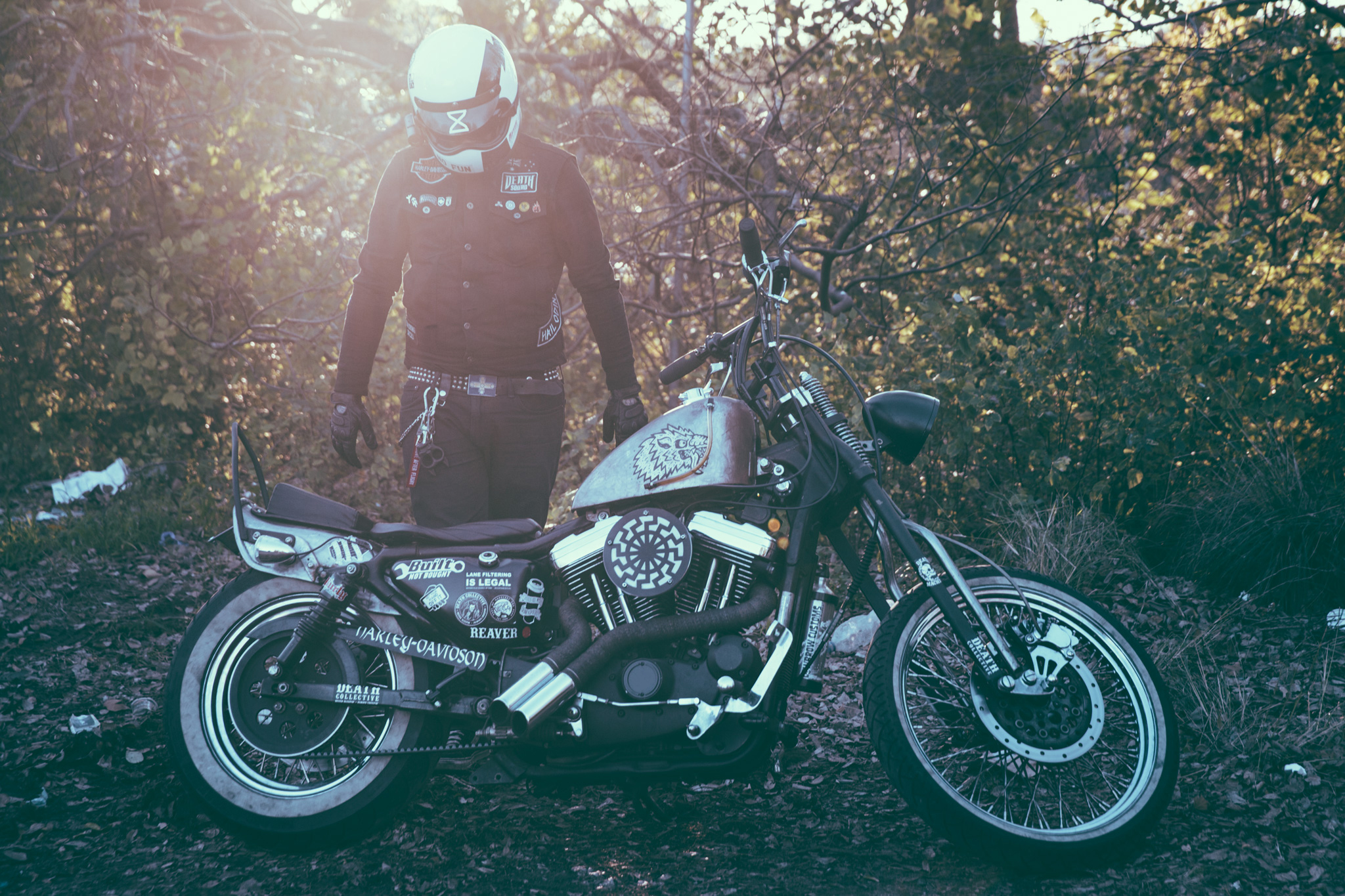 Two things that are evidently a huge part of Steev’s life are motorcycles and tattoos, and it would be one passion that would spawn another as he admired a ’98 Badboy Spinger when getting his first tattoo many years ago. Now he’s covered in ink, and balls deep in the world of bikes. 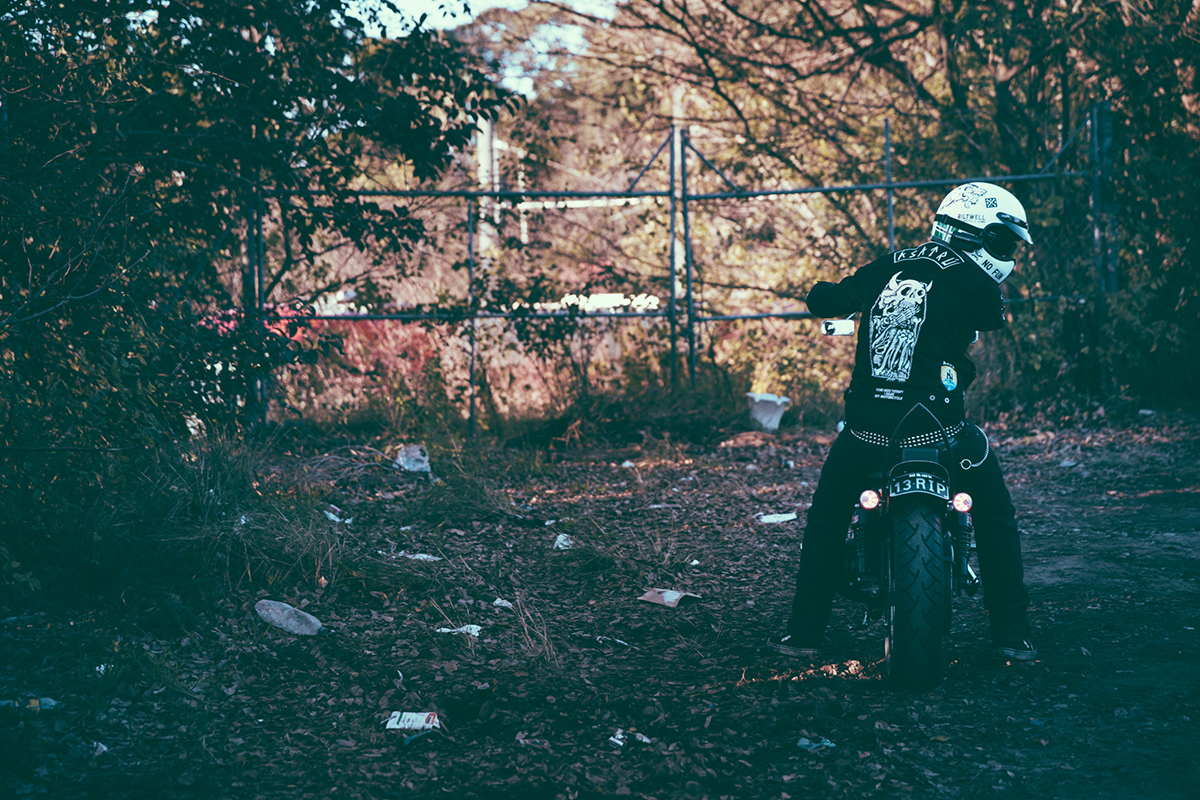 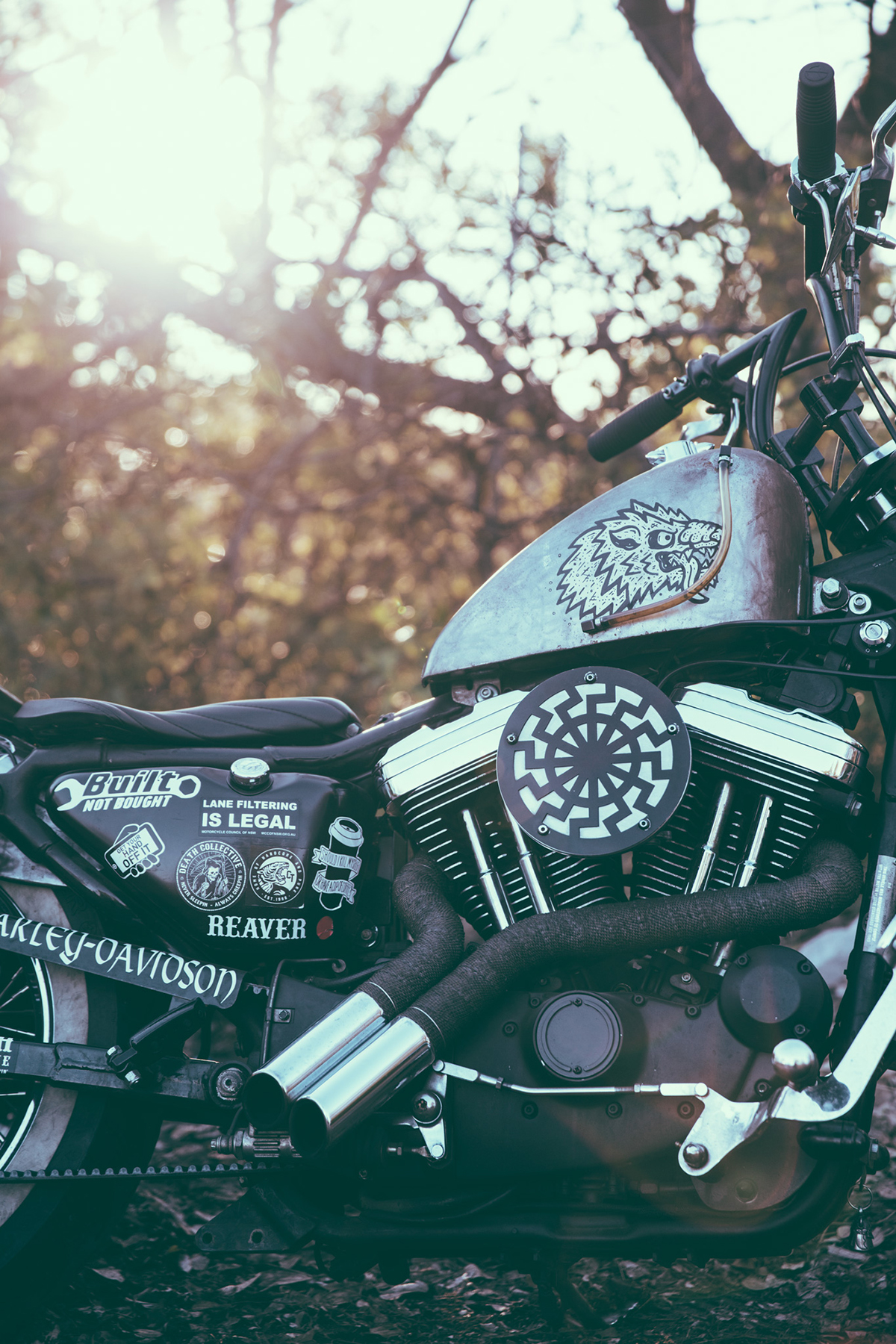 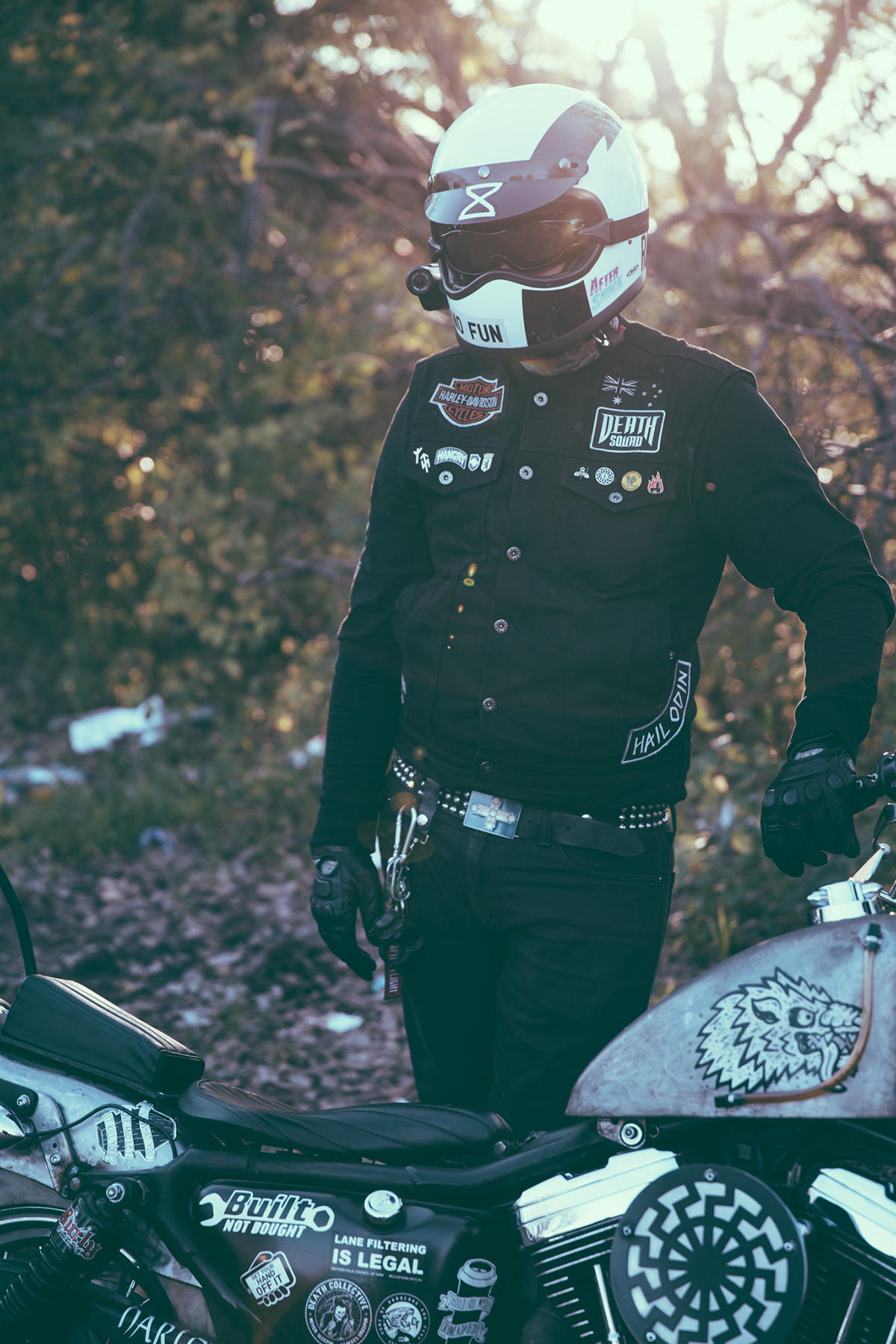 Despite it being almost 2 decades ago when Steev first had his interest peaked for motorcycles, it wouldn’t fully be initiated until 5 years ago when he bought his first bike and started chopping. “I’ve always loved Harleys, but have been a car guy for most of my life. Back when I was getting my first tattoo in the ‘90’s I noticed that the bloke tattooing me had this incredible Badboy Springer – I fell in love at that moment.” – with the bike, not the bloke tattooing him. 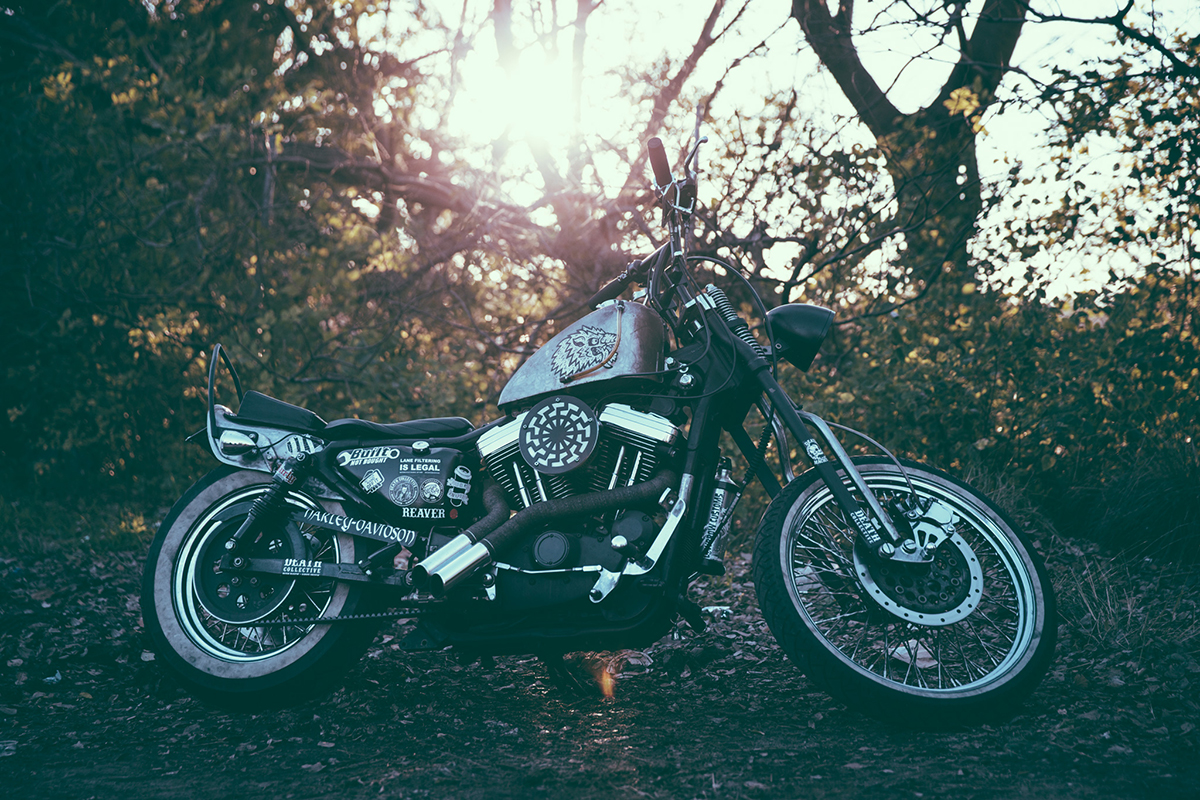 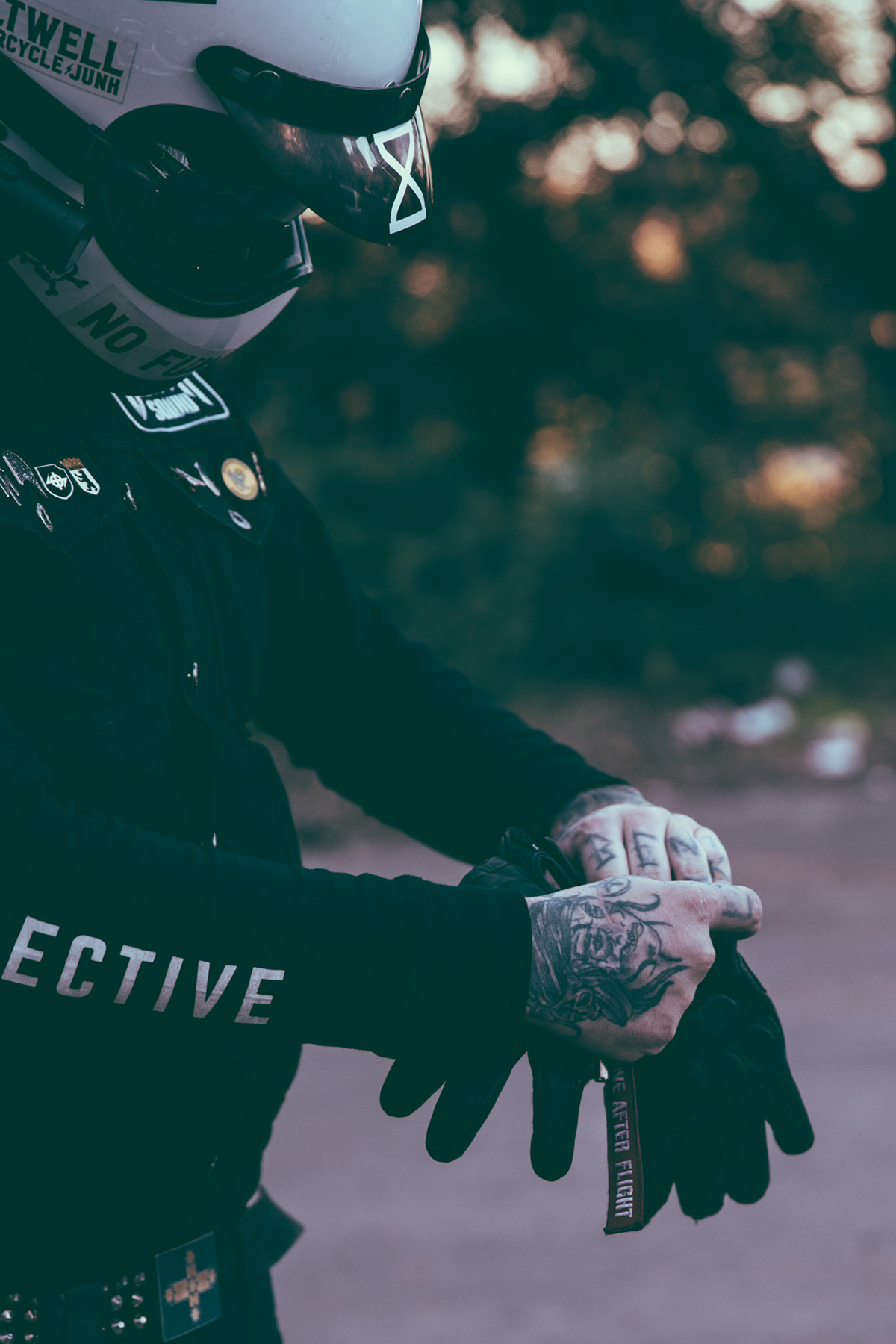 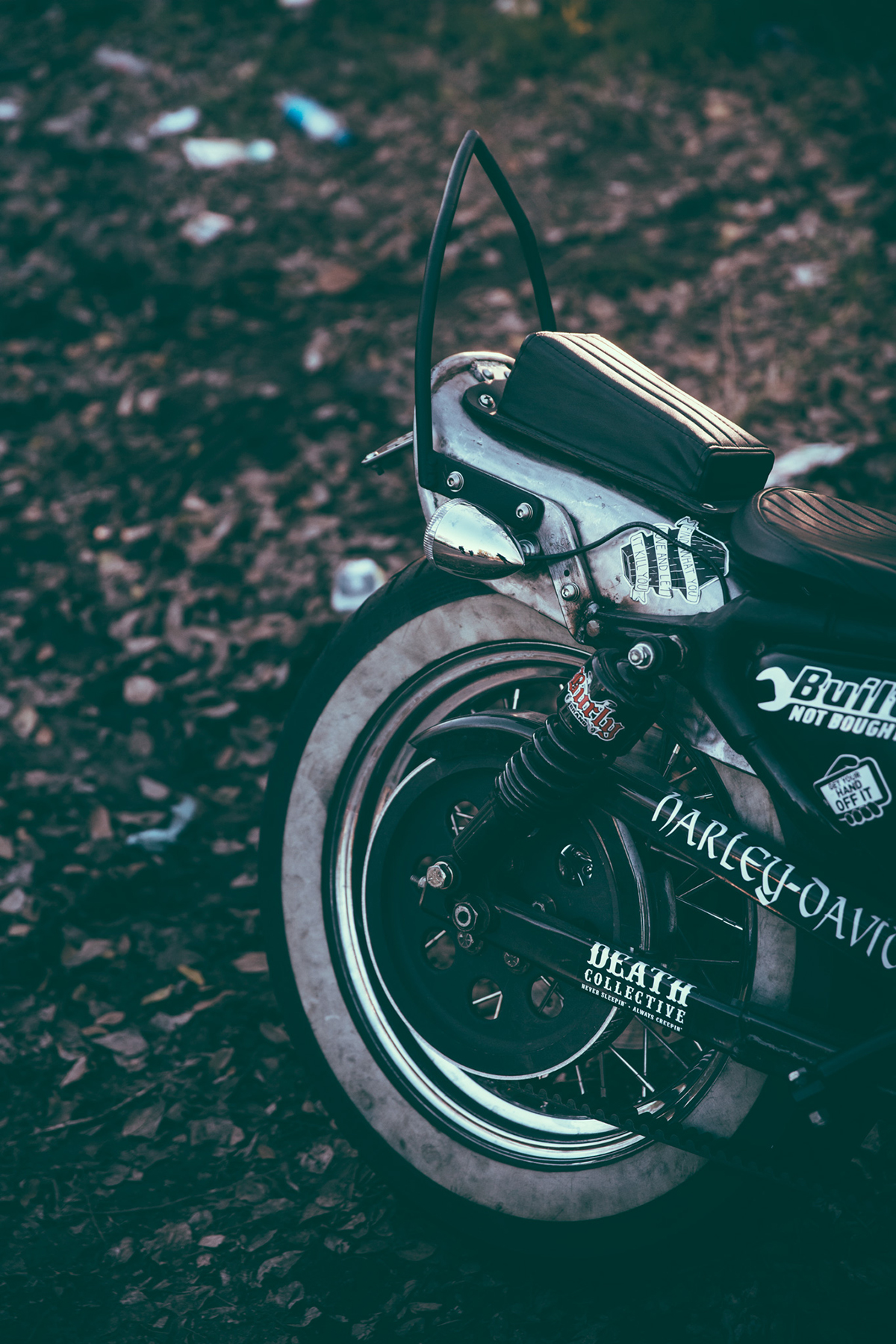 After buying a few bikes stock, chopping them and then flogging them off for a bit of profit, Steev finally got about to buying his first Harley. A 1997 XLH 1200C would be his beast – and so now the real work would begin. “The Japanese Harley-Davidson scene was a big influence on the overall look of the bike, I’d seen a lot of great work come out of the builders from there which gave me ideas. This is where I would begin in the initial build” 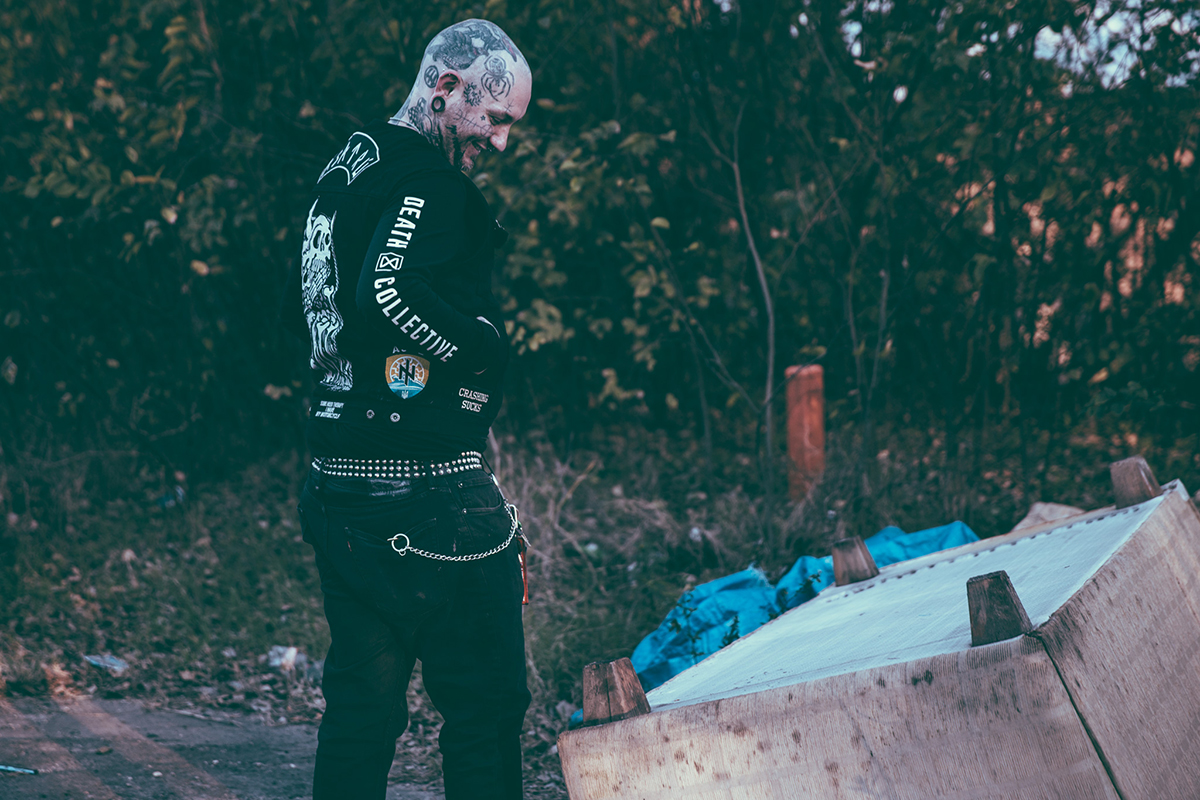 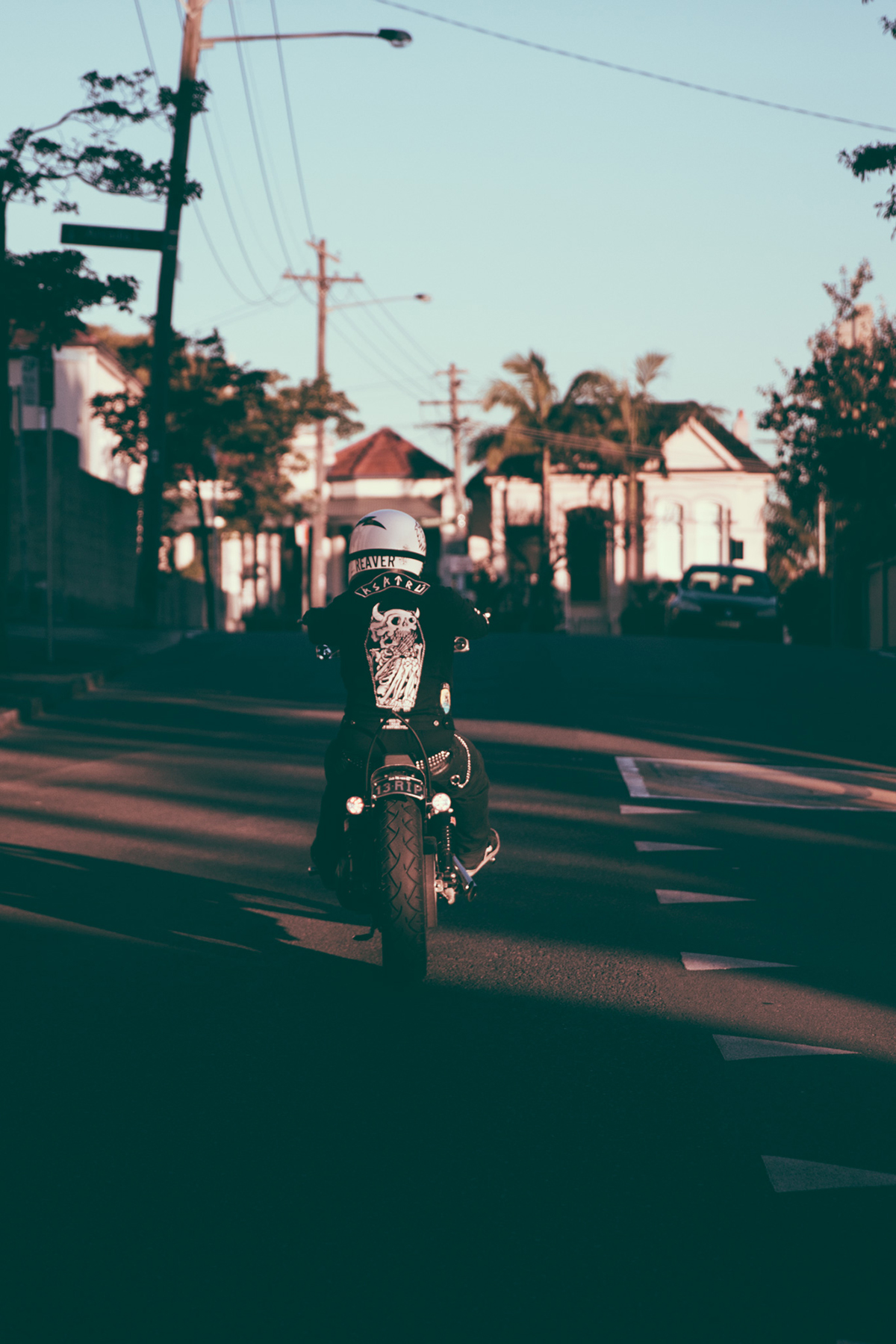 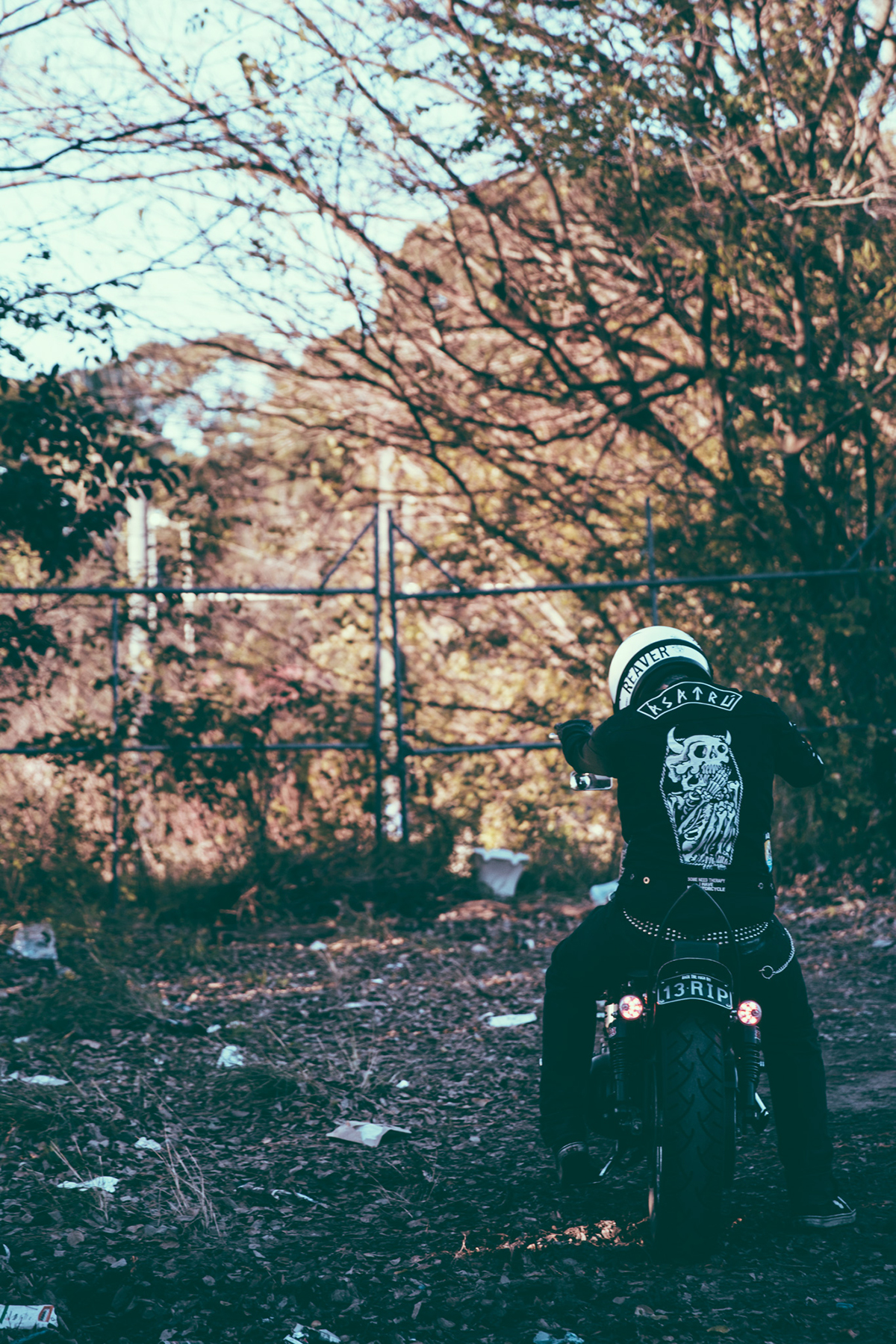 This bike was originally bought with the intention of only using the running gear in a rigid frame, but quickly Steev decided to keep the rear suspended frame and just swap everything else. “I ran 14″ ape hangers for a couple of years, but changed to the lane splitter Z bars about a year ago, as my taste changed and they make for a far more comfortable ride. The biggest hurdle/pain in the ass was the front-end conversion to the springer. Things didn’t quite line up, and it took a fair bit of grinding, bashing, and swearing to get it all in right. That was after swapping out the movable front fork with a Three Two Choppers wishbone. That was fun without a spring compressor!” 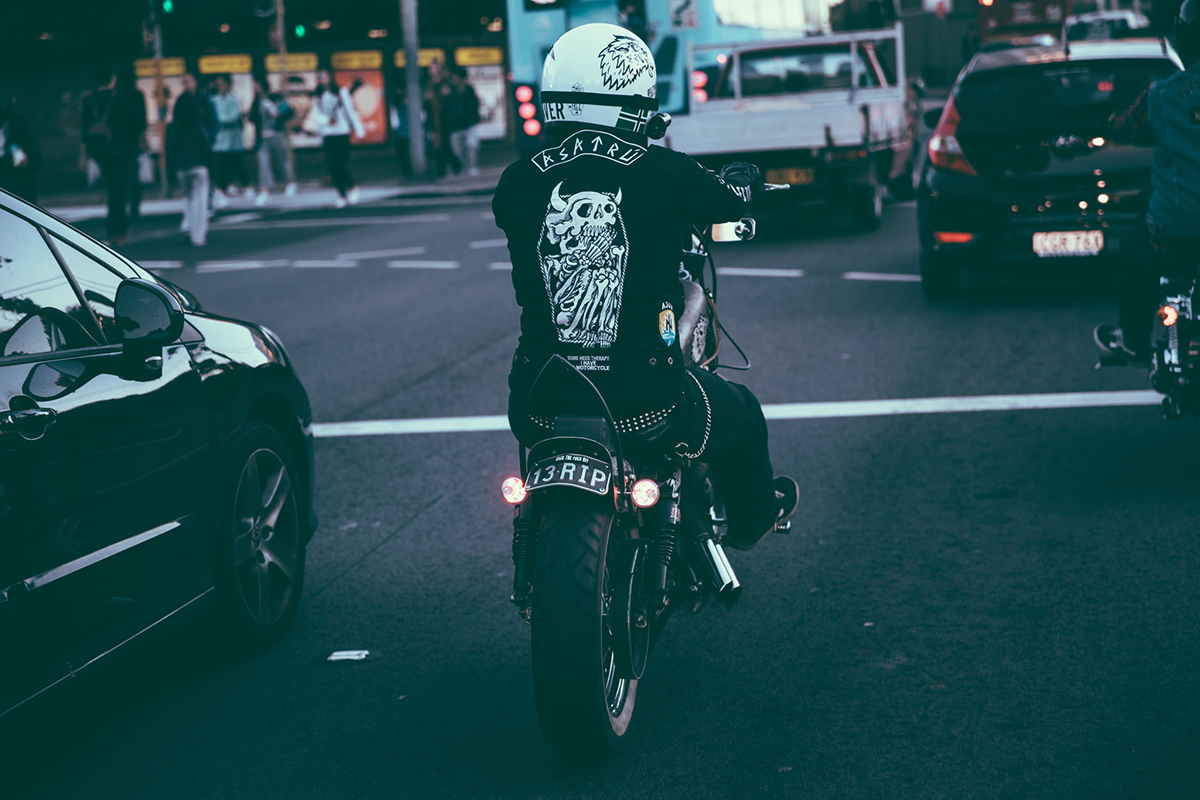 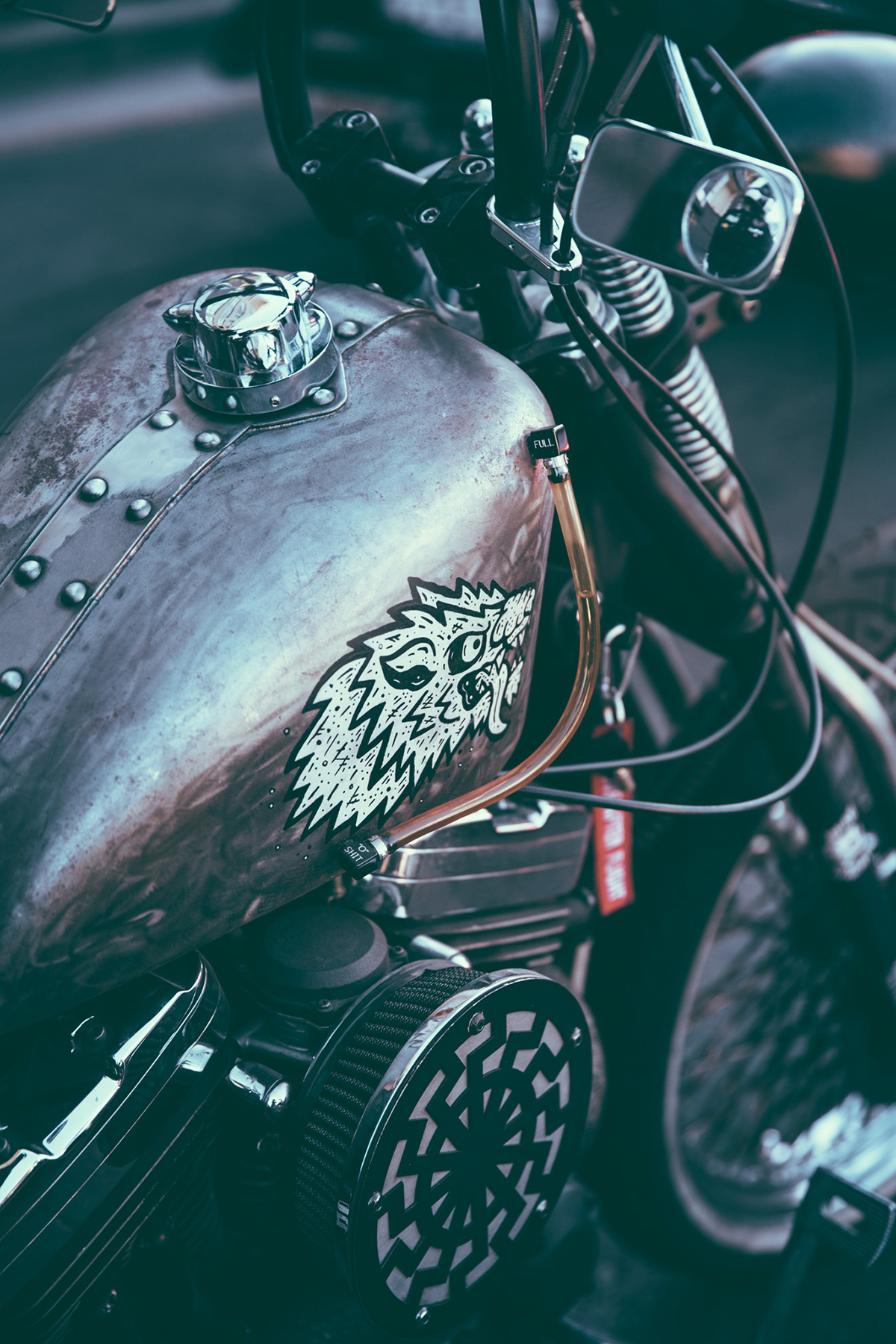 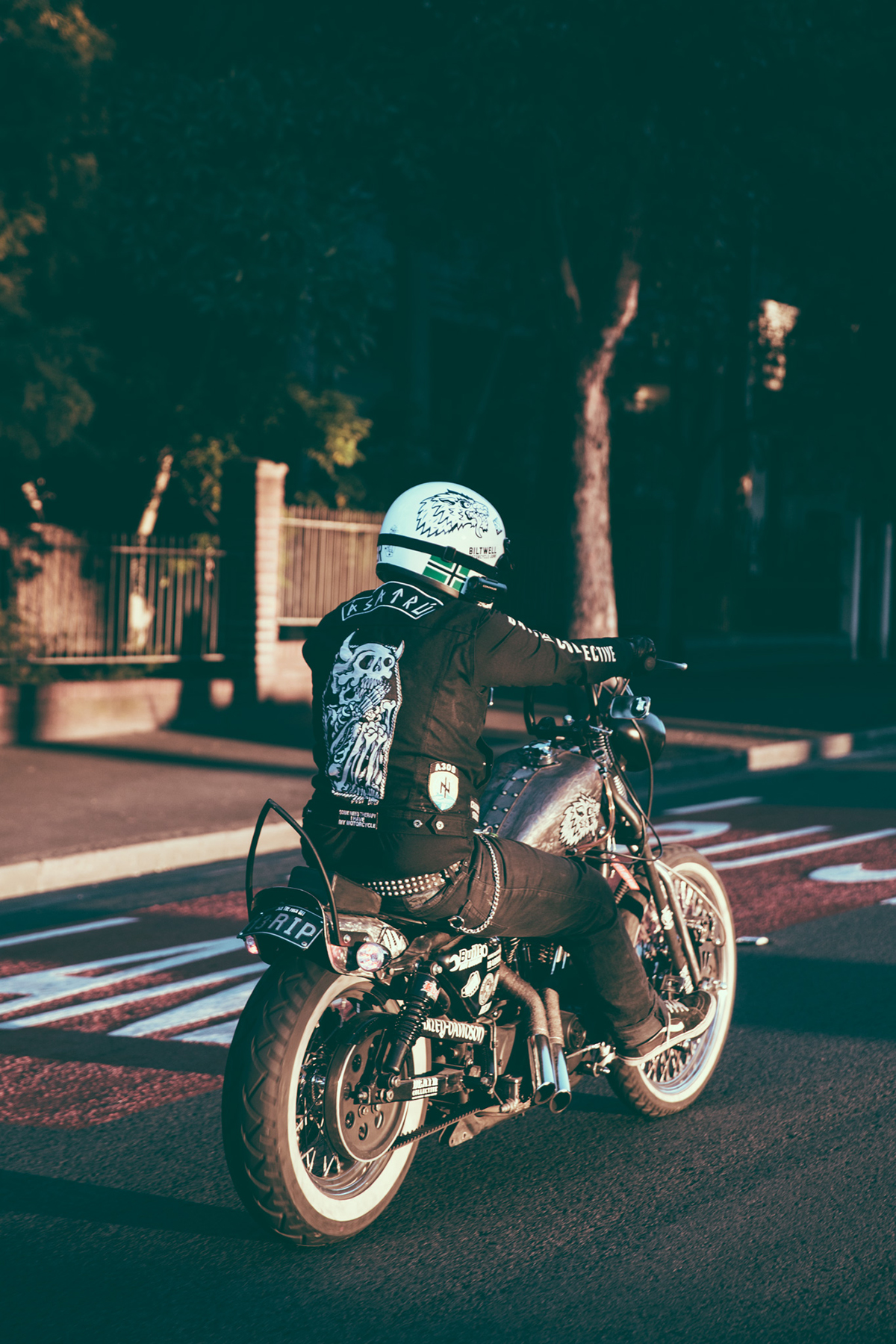 From here, the rest of the build would all be pieced together to get this ‘cycle to where Steev wanted. “All of the angles had to flow to achieve the look I had in my head. Thankfully I had my dad’s help throughout the build, which was all put together in his garage after fabricating and modifying parts at work, as I’m a metal fabricator by trade. I couldn’t have done it without him! 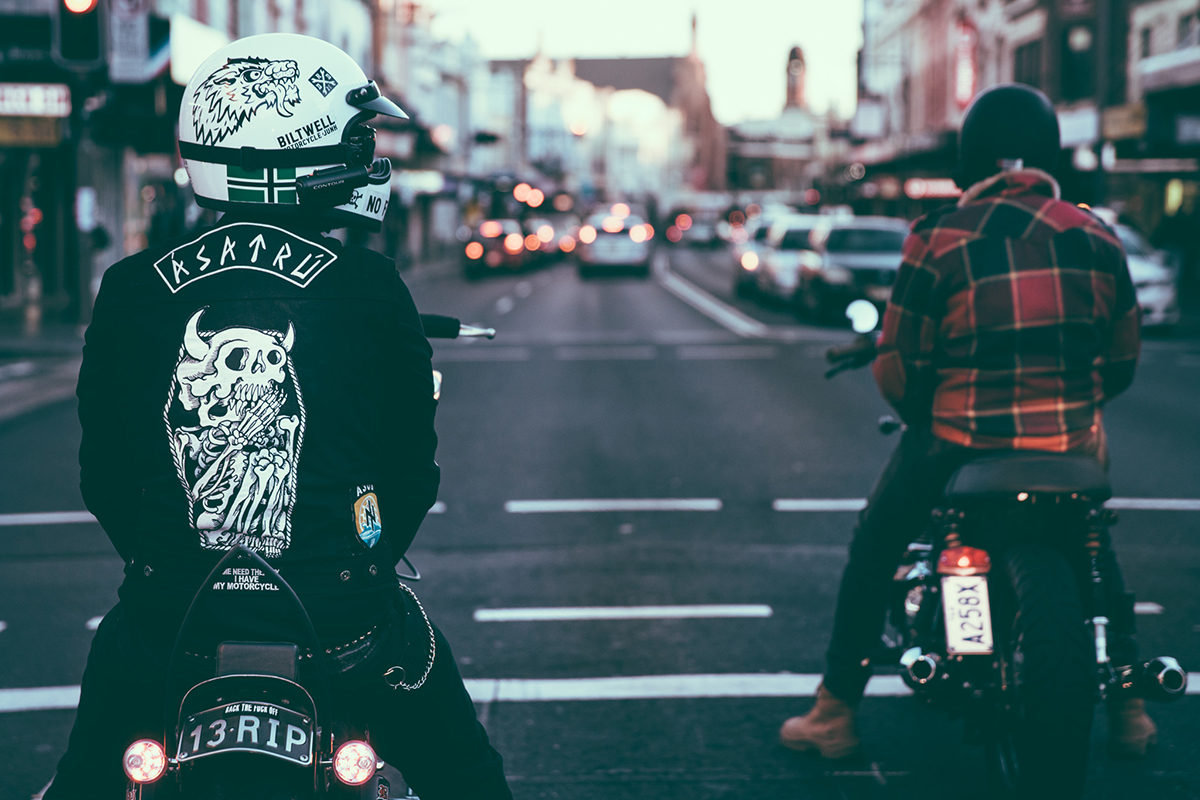 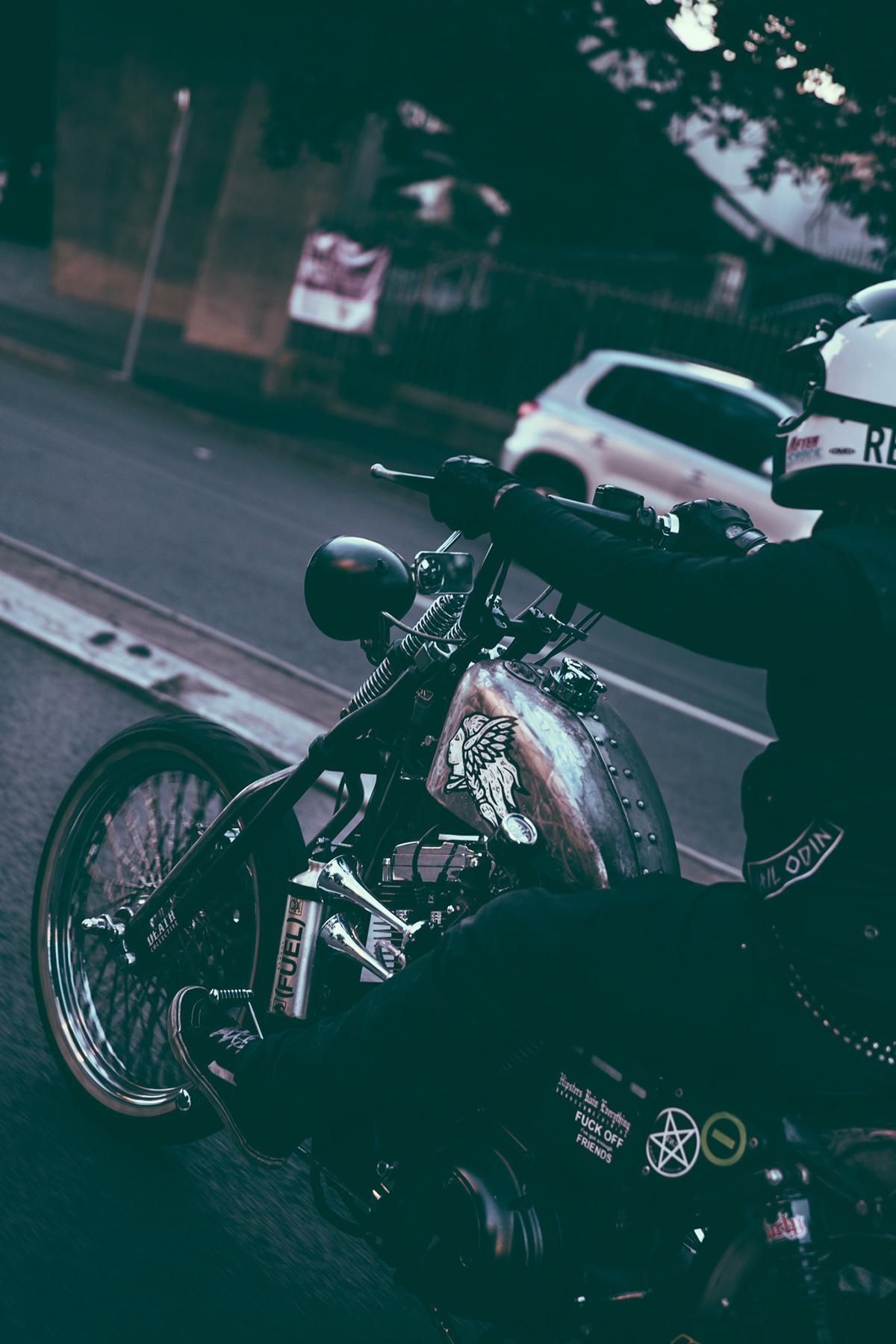 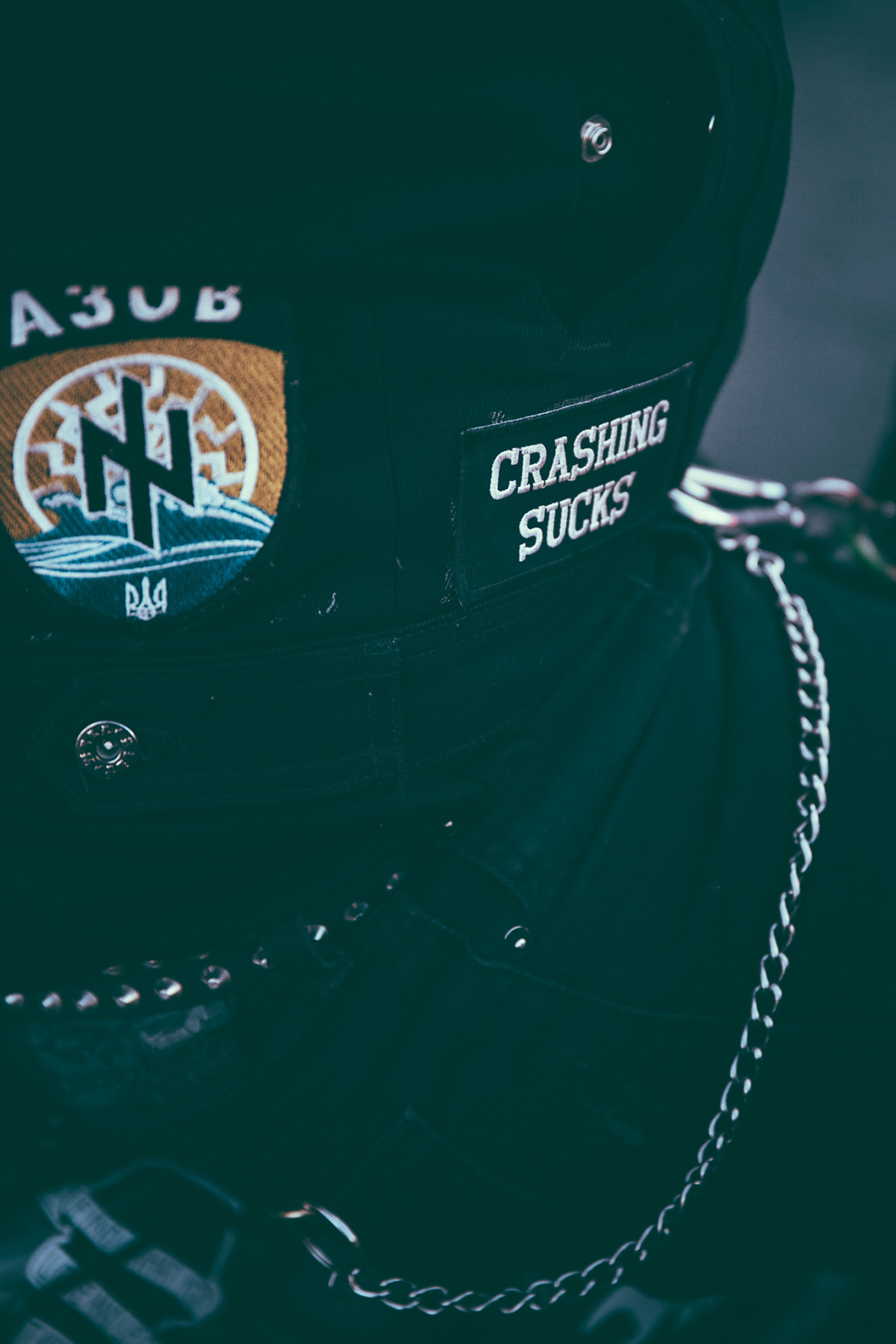 The bike’s namesake, Fenrir, comes from a wolf who played a major part during Ragnarök. The iconography on Steev’s jacket, bike and indeed body all reflect his background in being an Ásatrú (Norse Pagan) and you’ll find sacred symbols emblazoned on various parts of the bike. “They’re all for protection and the like, and after I’ve had two not-at-fault crashes, the certainly wouldn’t go astray!” 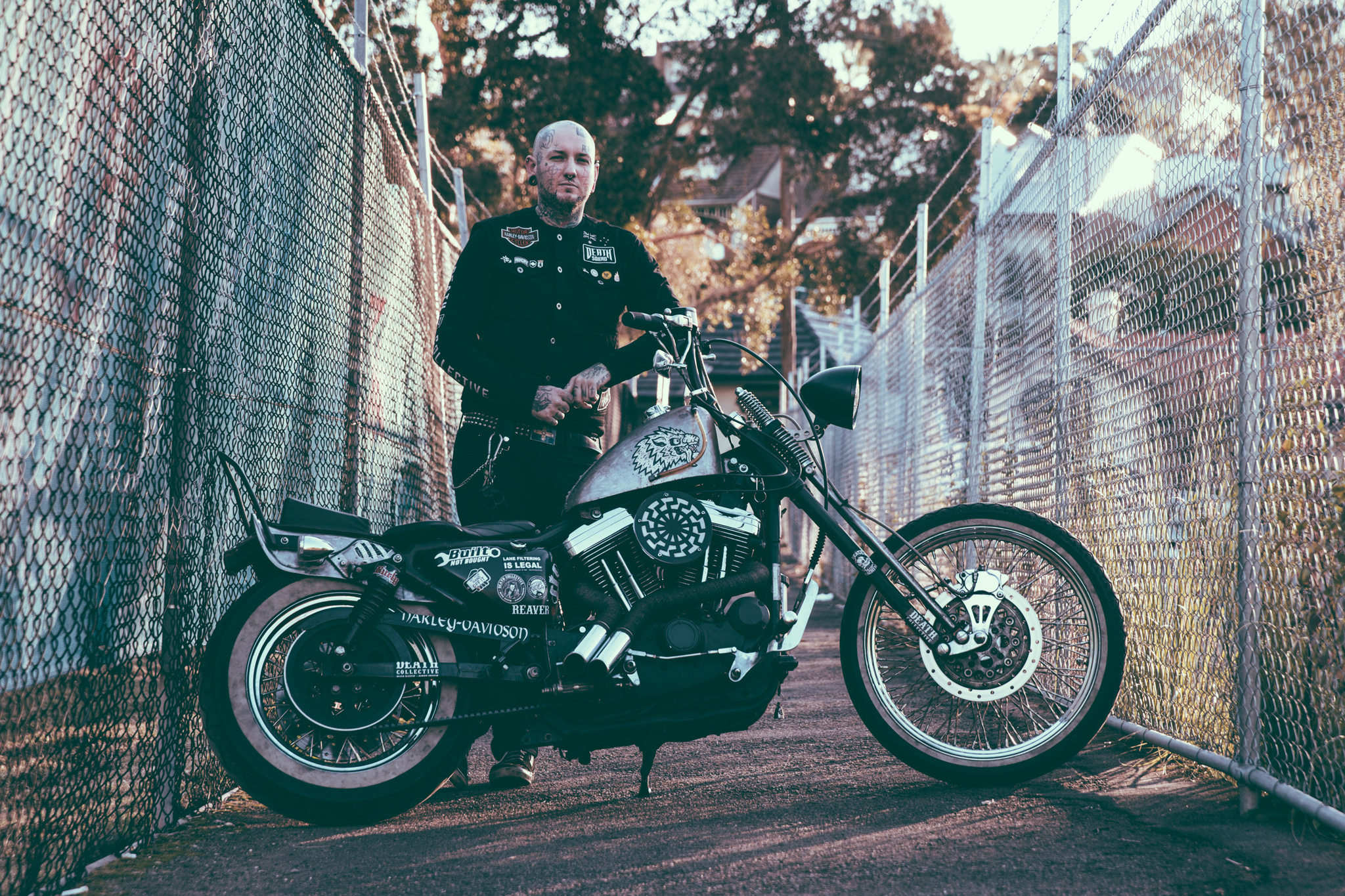 The crowning jewel of this bike would mostly likely be the tank for most, as it is indeed for Steev. “The tank is my favourite part about this bike. 100%. I ran a cutting disk down the guts of a new King Sportster tank and took out around 30mm to get the perfect width for my liking, and I added a riveted strip down the centre before fully TIG welding and sealing it all, and then going over it with my air sander for texture.

I usually also do my own tank art, but this time I sent a couple of concept images to Sindy Sinn to add his own twist to, which he then hand painted the onto the sides of the tank. A wolf head on the right, representing Fenrir, and a Valkyrie on the left to symbolise the ride to Valhalla.” 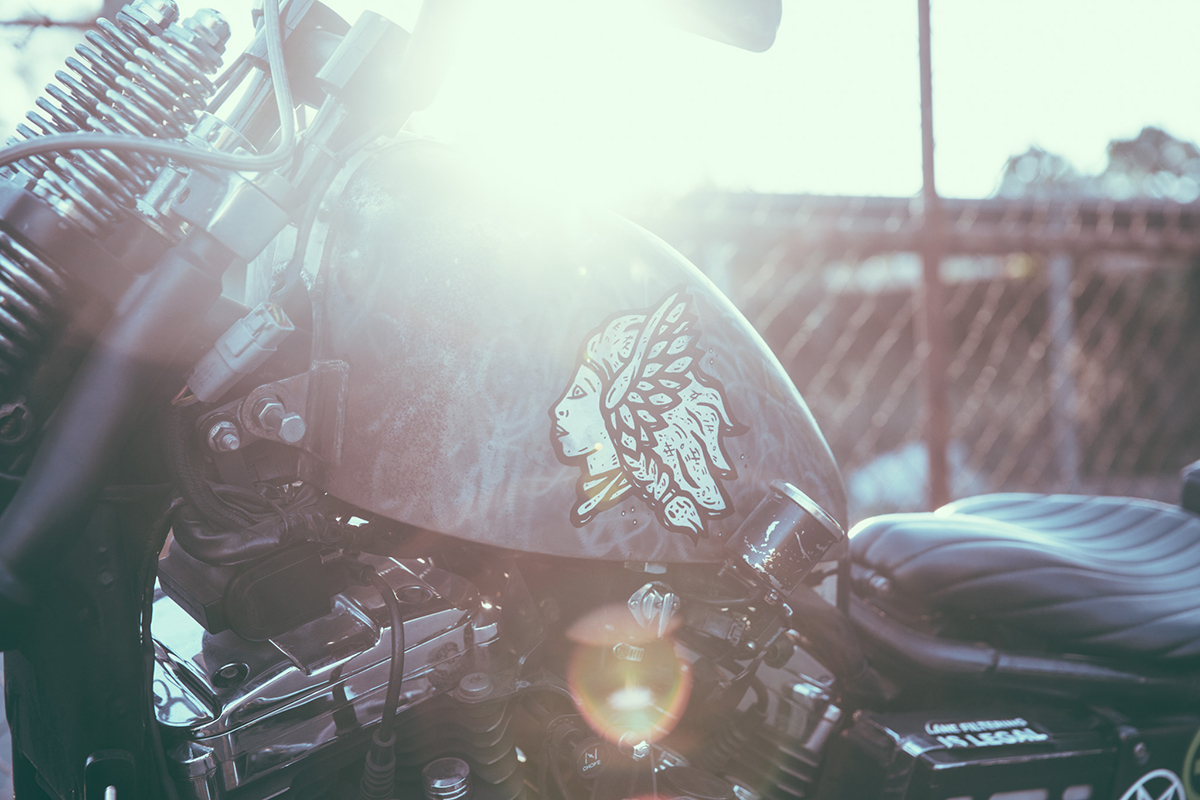 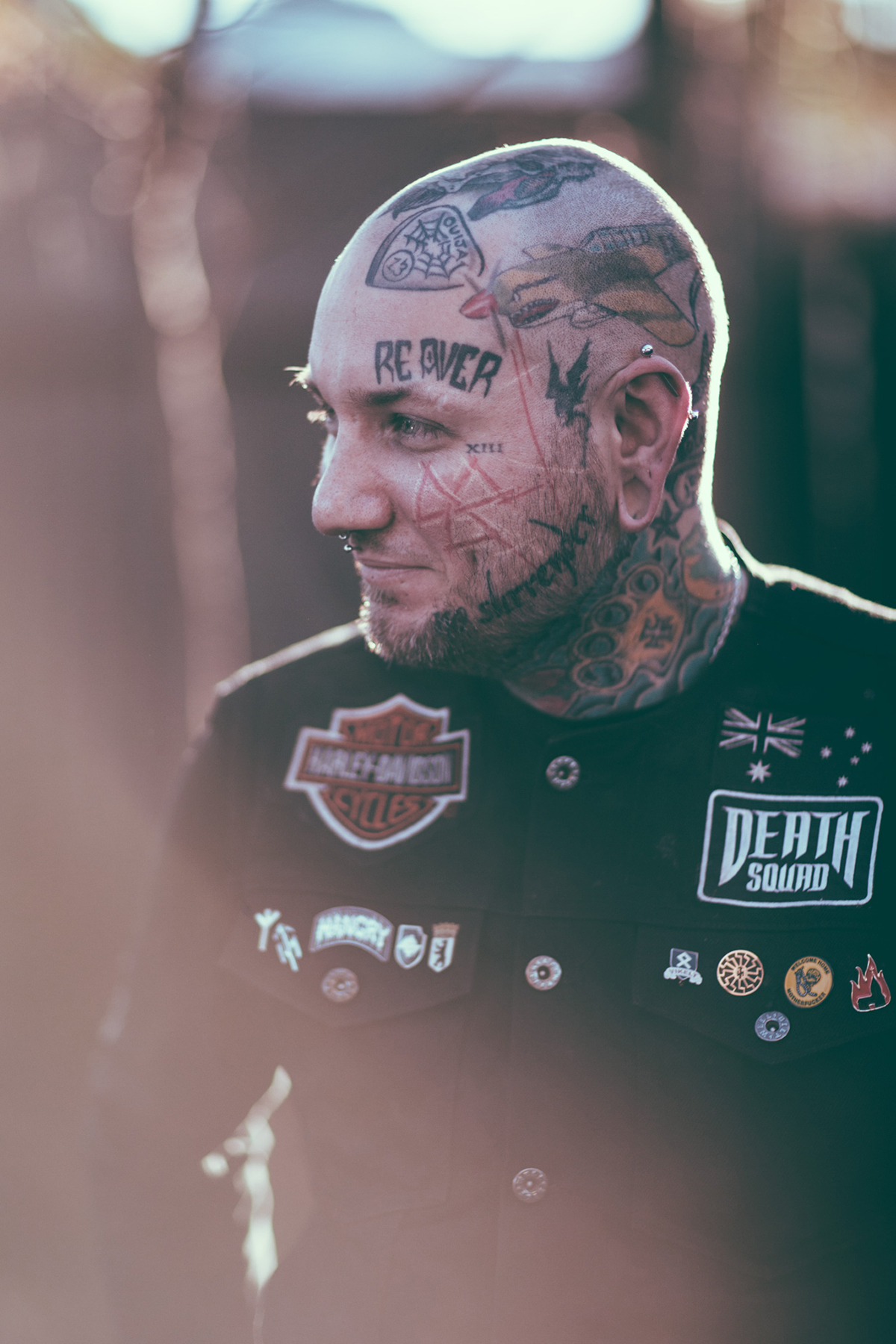 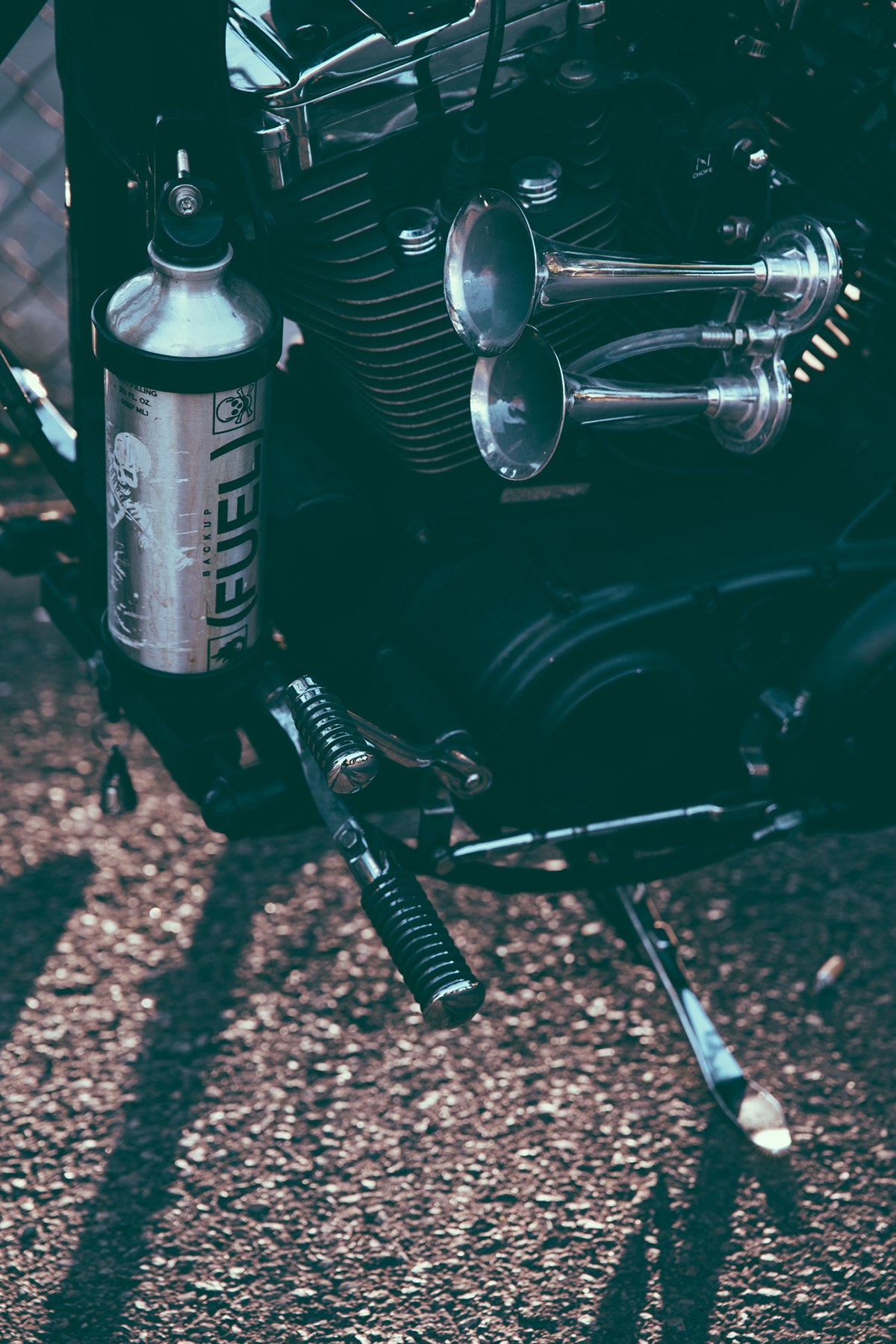 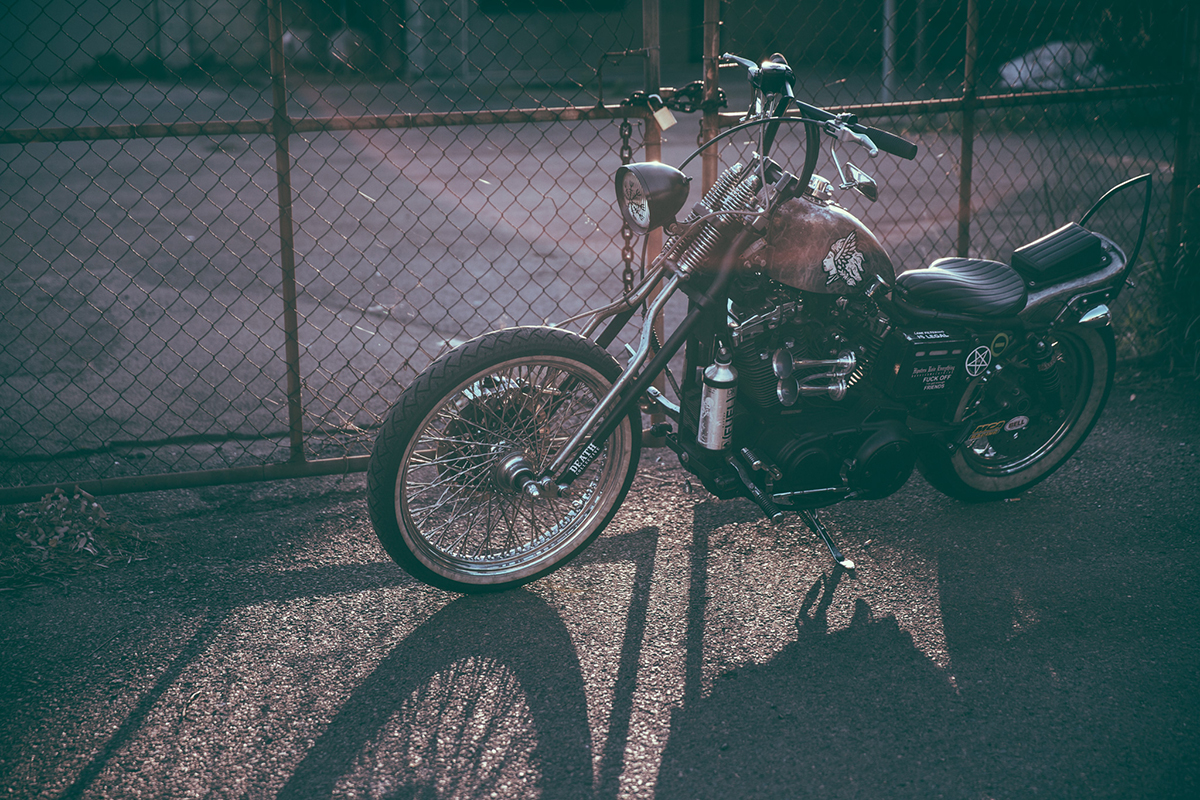 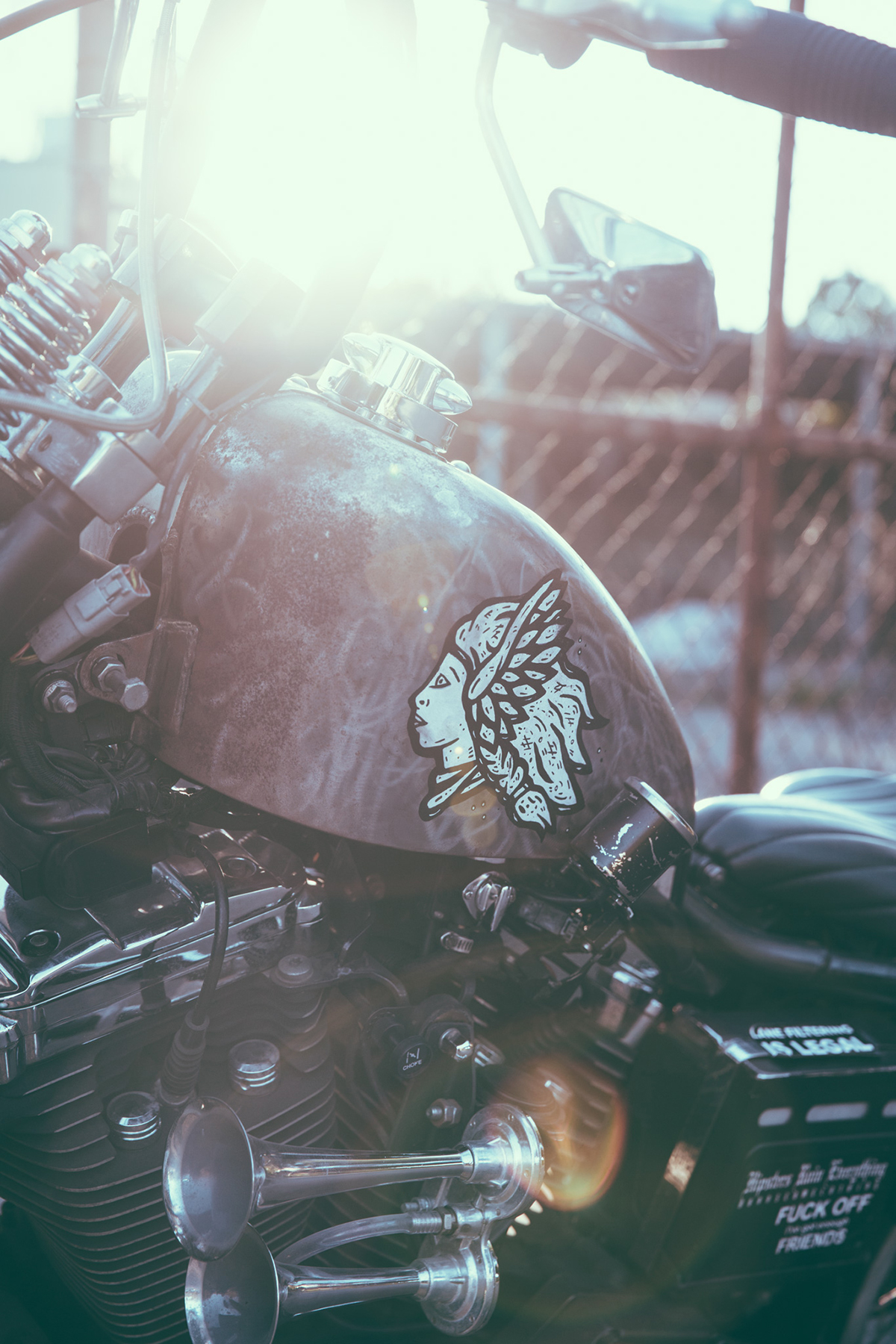 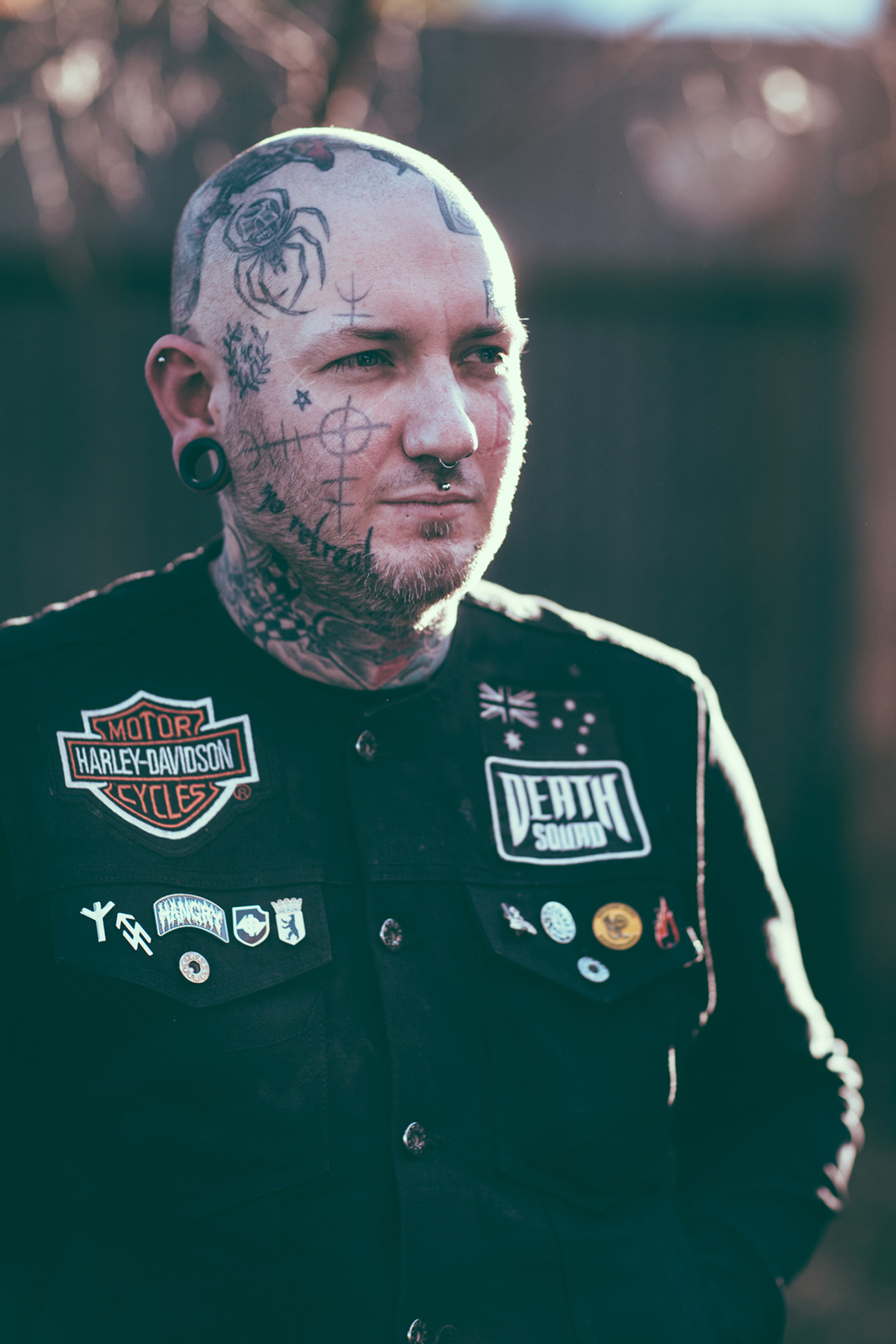 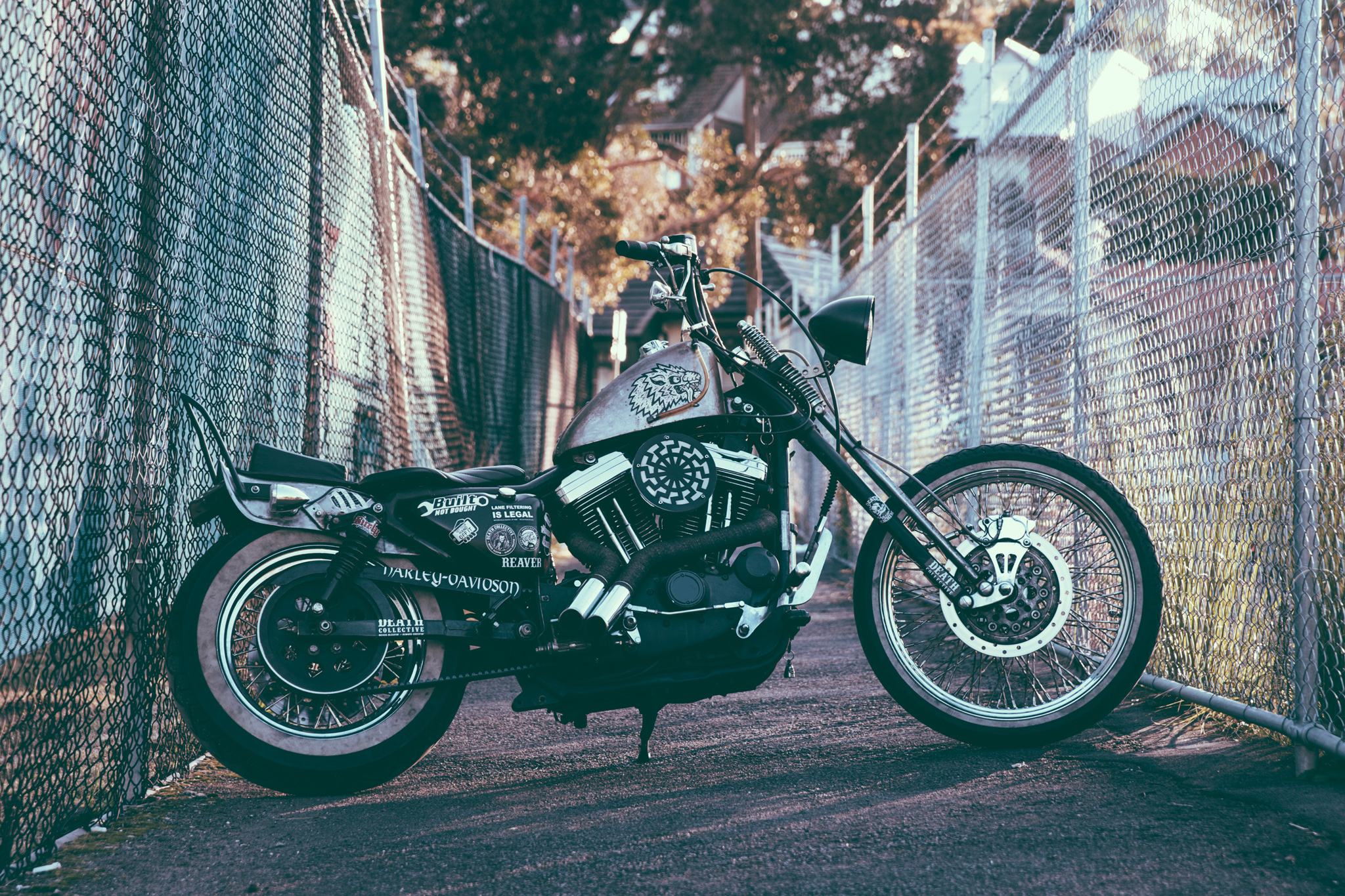 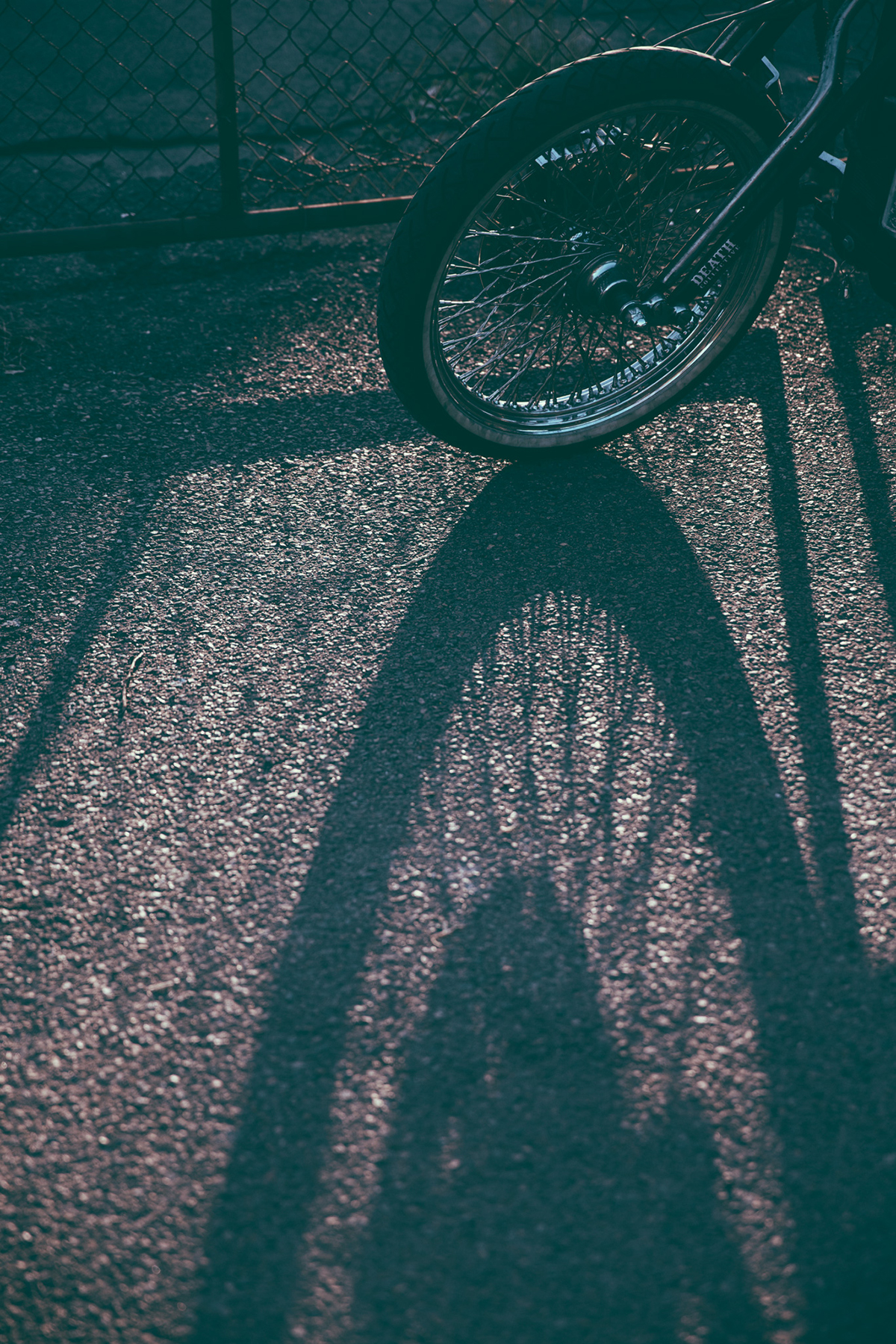 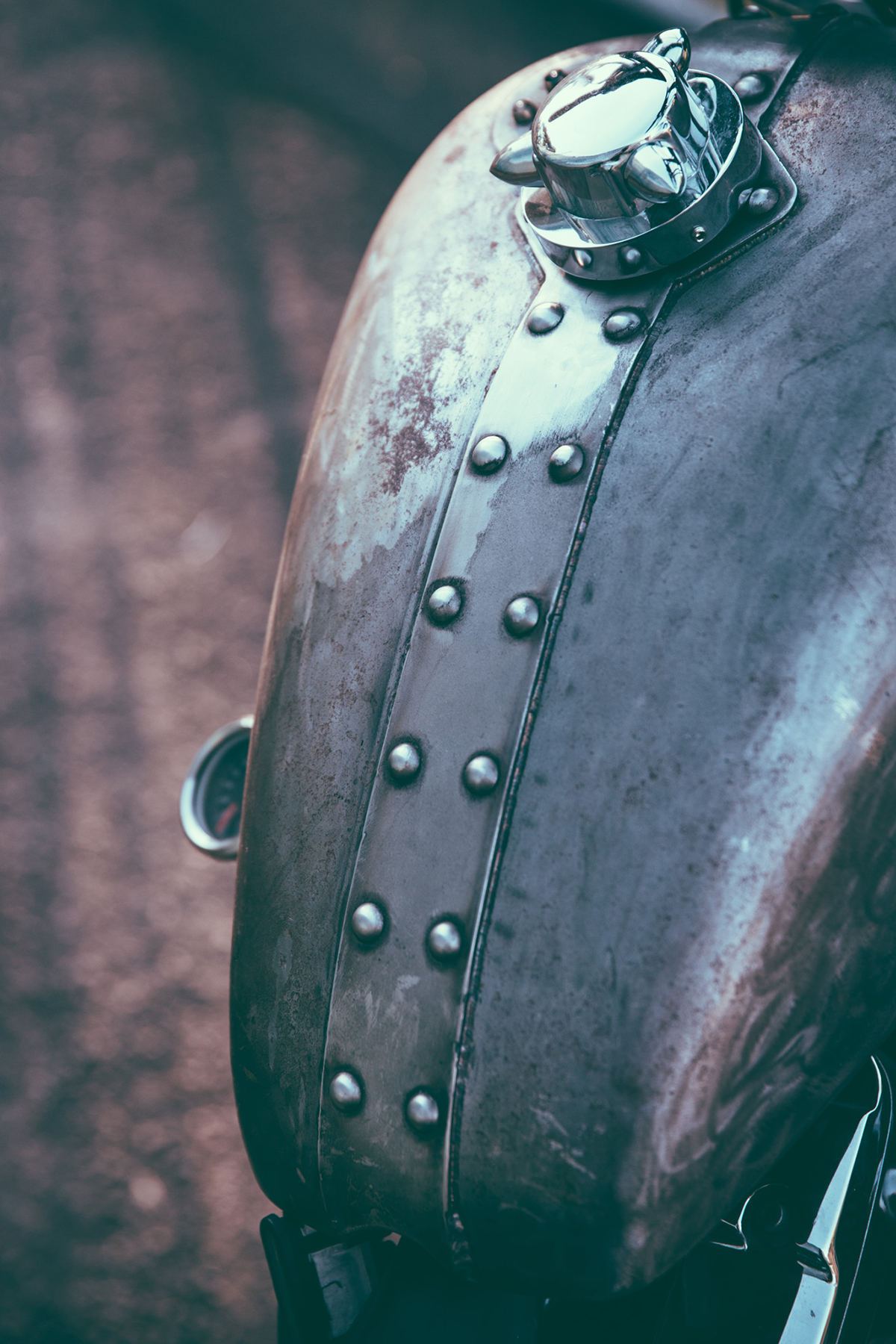