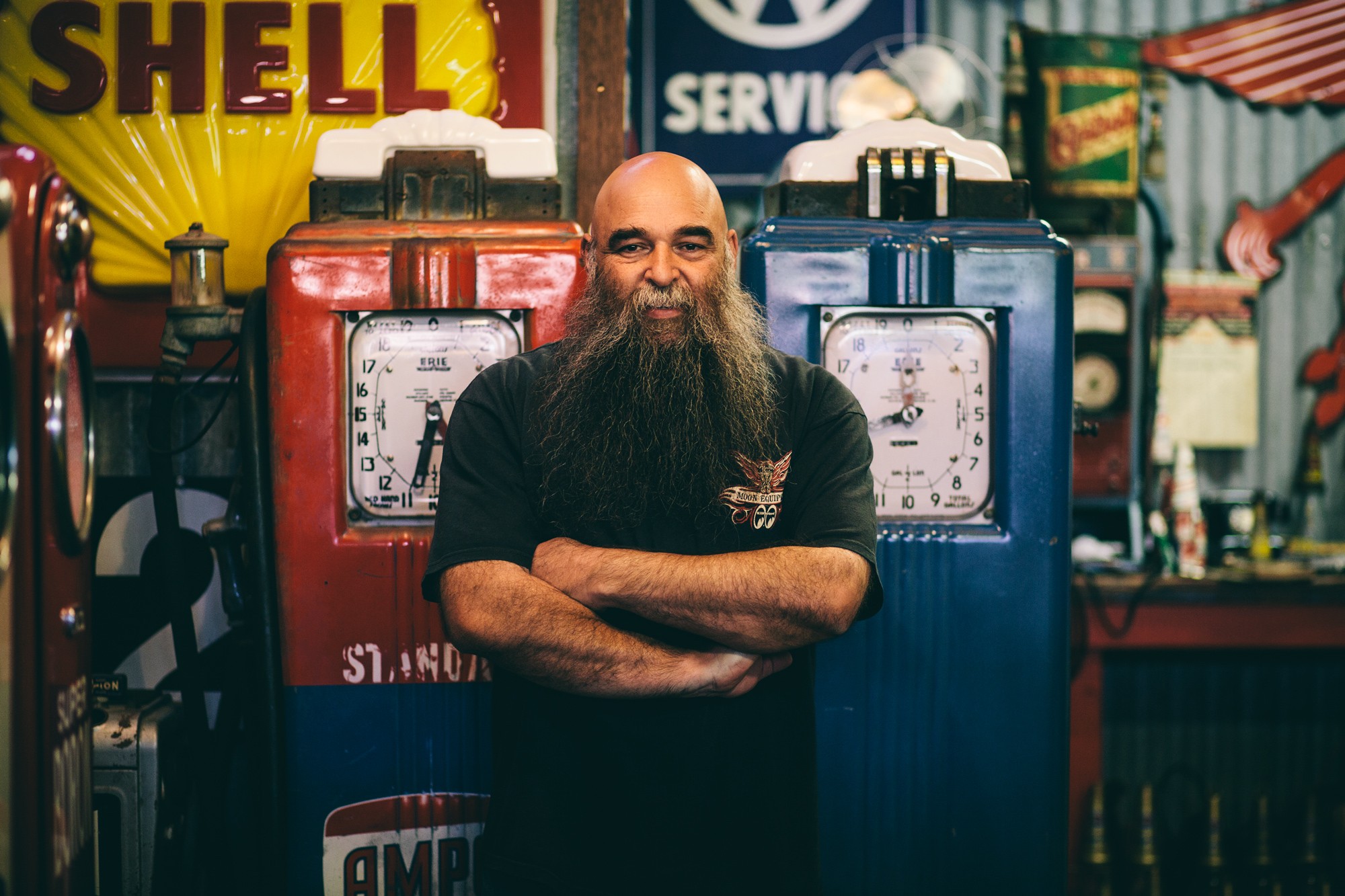 Johnny is a self diagnosed motorhead from birth. After walking into his shed (and picking your jaw up from the floor) you’ll soon see this is an accurate diagnosis with no cure in sight, which we’re sure is fine with Johnny.

When Johnny was 14, he was riding bikes and working at a service station. “I was obsessed with being a mechanic and anything mechanical, I was interested in hot rods and bikes from watching all these old movies as a kid. I then started my apprenticeship at age 16 in 1981. 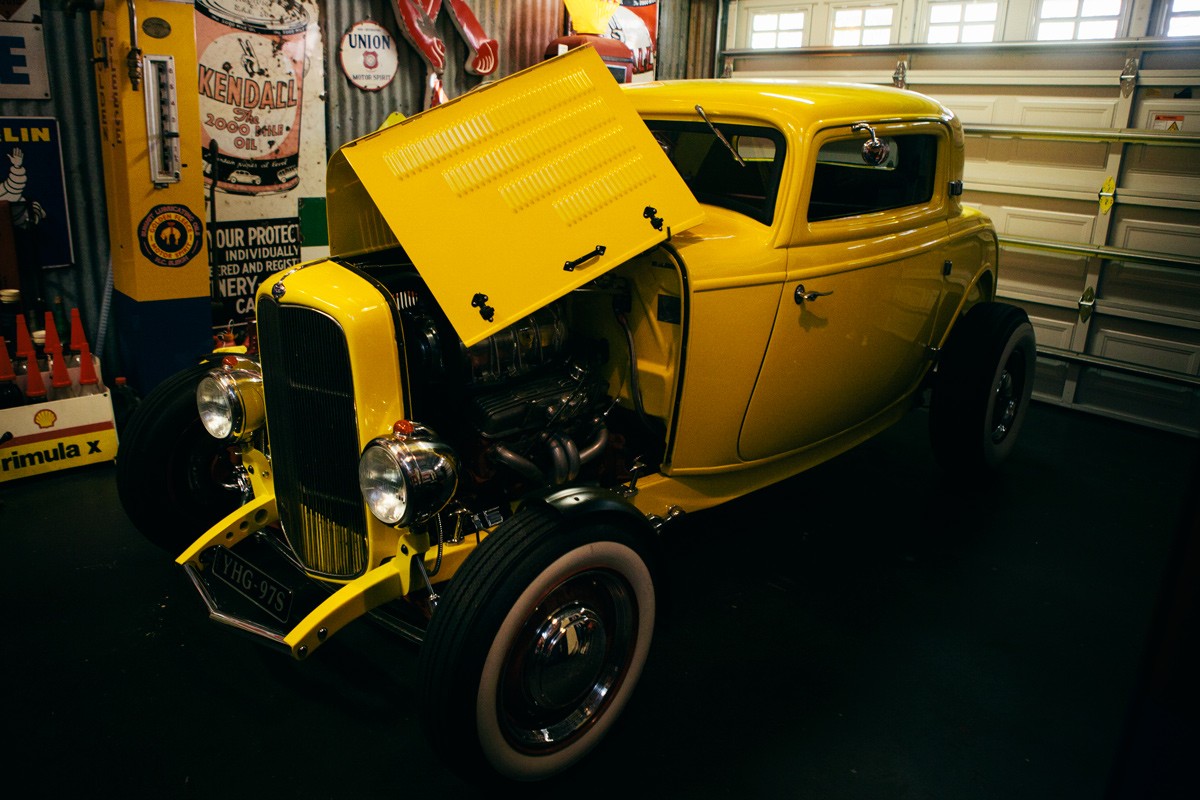 I’ve had every type of bike and car you could think of. I started with trail bikes, built up to road bikes of every brand; I got into Ducatis and then Harleys to slow me down a bit. With cars, I’ve had numerous early Holdens, Valiants, Fords and hot rods. I’m not loyal to any one brand, as long as it has nice aesthetics to me. I’m more interested in traditional style machines in both cars and bikes; I’m not into high tech style at all.”

Johnny’s got a proper looking original bobber sitting contently in his shed, a 1942 Harley WLA. “As a collector, I’ve always been a bit of a horse trader – wheeling and dealing to get something better or more interesting. As part of my searching, I found this WLA in a shipping container at the side of a house, it was a deceased estate but the price was too high. I kept in touch with the wife of the owner for over a year, and finally after buying the bike I found out that I had known her husband who owned it! 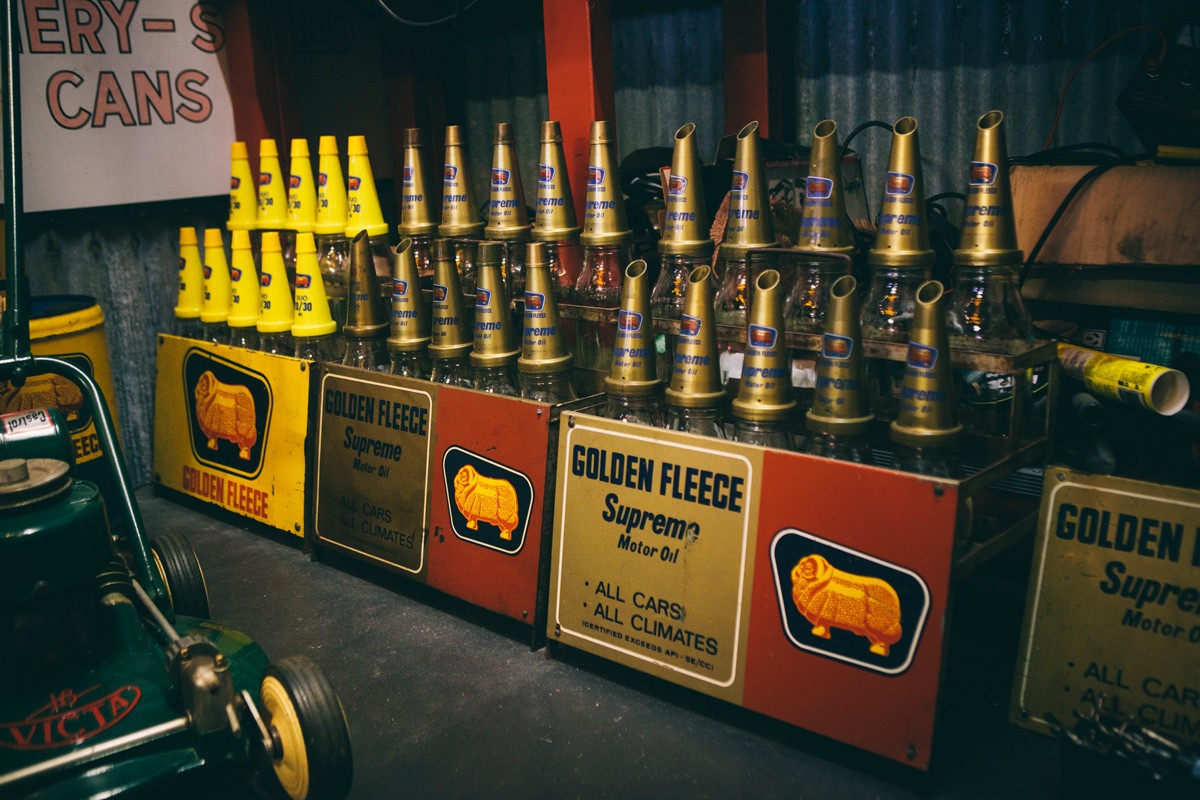 It’s had a total nut, bolt and beating rebuild of every component. The will be a period correct bobber, very close to a restoration other than just colour with a bobber rear fender and Sparto tail light. It will look like some guy came along after the war, bought an army surplus Harley and bobbed. I have left as much genuine HD stuff on it as I could. When I had the speedo rebuilt I asked them to leave the original worn out face on as a contrast to the finish of the bike.”

And now for his other machine, a 1932 3 Ford (deuce) Coupe 350 Chev with a 671 GM Supercharger, 4 speed top loader and a ford 9 inch diff. It’s been dyno tested at 537hp and 500ft pounds of torque. “Over the years I have had hundreds of cars, always trading up and value adding where I could. A mate told me of the a mutual friend who was selling his hot rod after a 14 year build, the car was fully engineered and legally registered including the super charger, a very well finished car but only a basic interior.

I saw potential to add value, so I bought it! I have since had it retimed which has made it more comfortable, but this is still a very raw true to form hot rod. It’s massively over powered for a car that is 1200kgs with a manual transmission and cross ply tires, the torque twists you into the next lane if you accelerate hard then swings back the other way when you back off, it’s serious business when you put your foot down.” 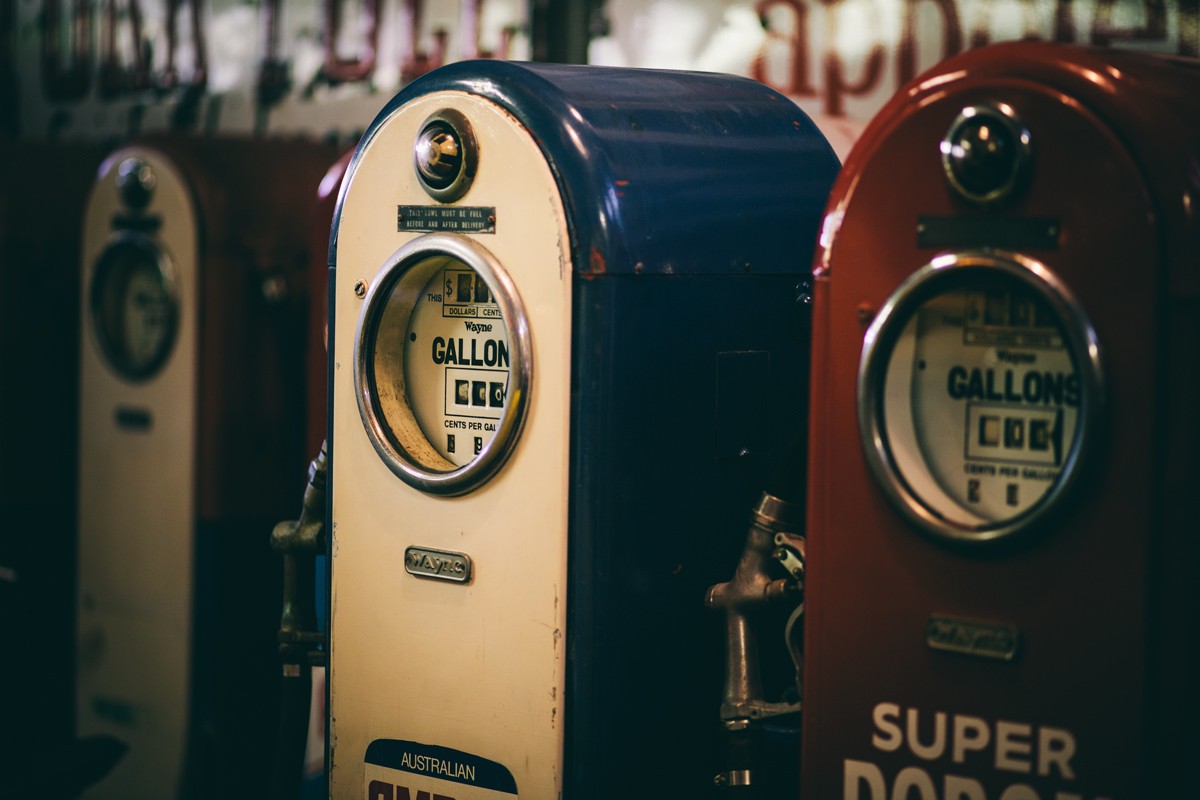 This is barely the surface of Johnny’s shed, and you’ll find yourself pouring over old petrol pumps as soon as your eyes drift away from the hot rod. Growing up in country NSW, Johnny would find himself at a family friend’s service station and had fallen in love with the look of the place, the equipment, tools, pumps and even the black floor. It was then later as a teenager he decided that since all this stuff looked great, he best get some of it for himself.  “I got my first pump from a ditch on the side of the road in the late 80’s, that’s when my collecting really started. I have sold off a few times, for various new cars and bikes, and also lack of space. I have found things anywhere from old sheds, under houses, swap meets – you name it.”

“It’s nothing for me to head off on a 300km drive after work at the drop of a hat, when a lead comes on I’m gone – you have to be. The internet and TV has seen the interest in automobillia, signs, petrol pumps, oil bottles just explode – as have the prices. Some of my favourite items are my king Neptune sign and my Art deco Erie clock face petrol pumps, the first type of electric pumps we had in Australia. Also my bullseye pumps, they were only used by Ampol, I have 6 of those I love that tombstone shape!”

Johnny’s shed is a castle, a tribute, and a museum all in one to everything vintage, classic and auto. The fact that he doesn’t actually live in it (he’s got a home too, apparently) is baffling, however I’m sure the wife would have something to say about him living in a shed. This was a purpose built space however, and was no accident. 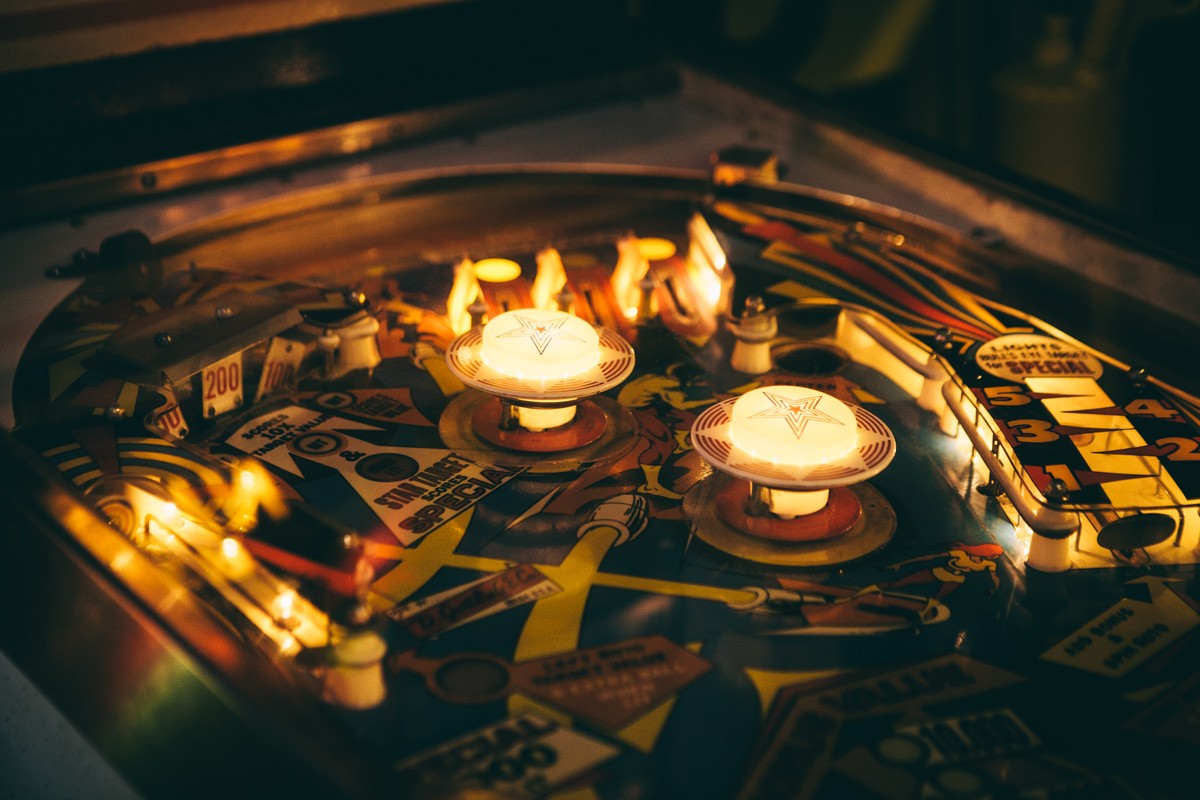 “A few years ago the chance came to excavate my back yard so I could construct a purpose built shed for my collection. Once I had completed it I realised I had built my childhood dream house! The building of the shed was a massive job; I had to take 30 truckloads of dirt out of my yard to build it.

Fitting out the shed was also massive job, my brother is a carpenter and a lot of credit goes to him for all the work he did, it took months to finish off inside working nights and weekends scrounging the right kind of material etc. I was lucky finding materials from all over the place. I had a lot of help from my mate ‘Slick’ with the corrugated iron, which was a gigantic job on its own. The best advice I could give anyone building a shed is make it as tall as you can and insulate the shit out of it. The shed is super insulated and as 2 A/C units in it. When I walk out into the shed I feel like I have just walked into a 40s or 50s garage and the mechanics have just walked out and left it, it’s just like that country garage I walked into at 4 years old and it’s all mine.” 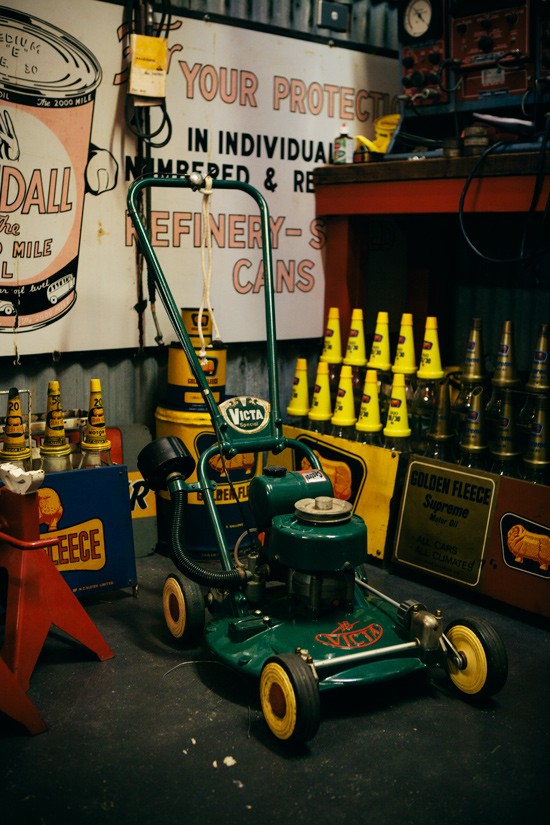 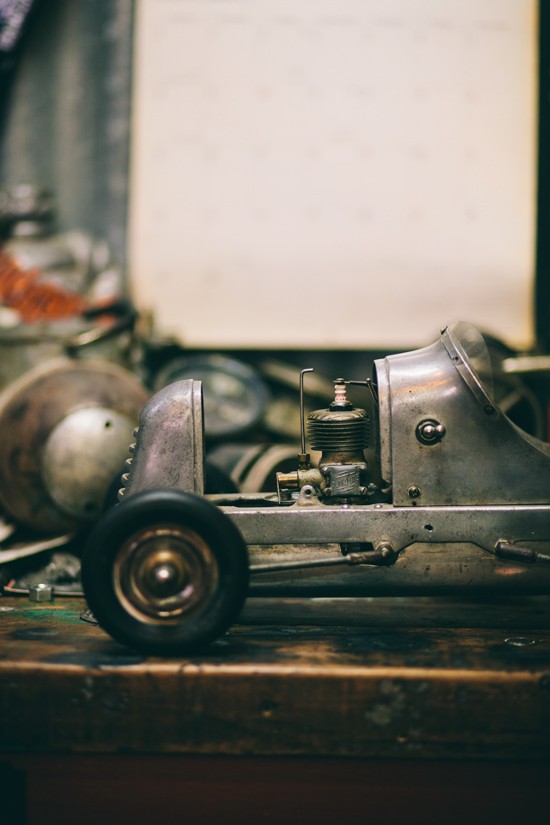 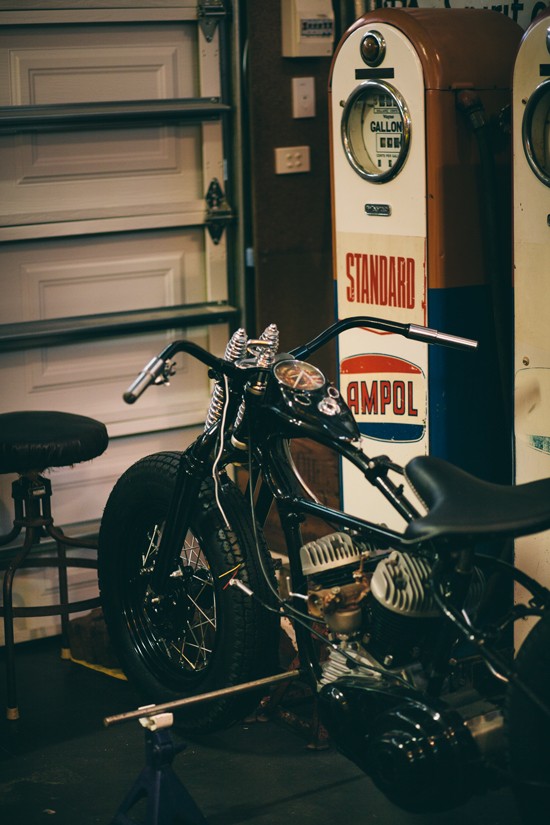 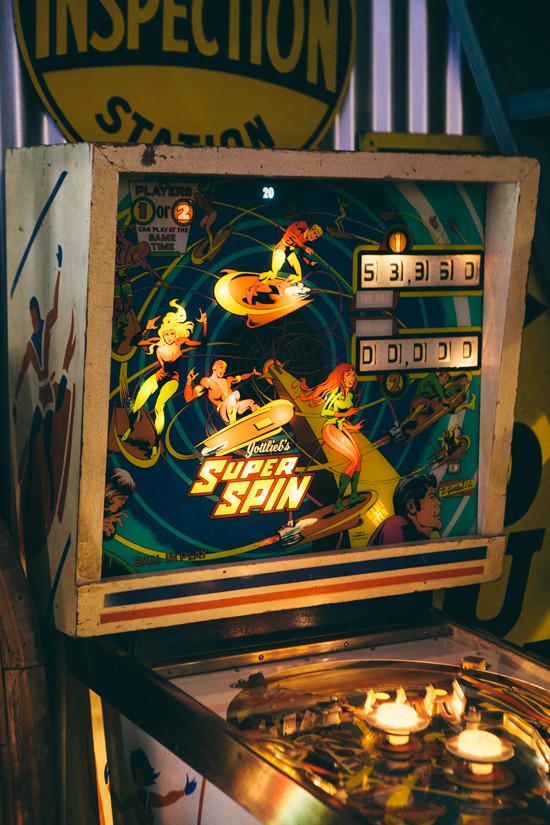 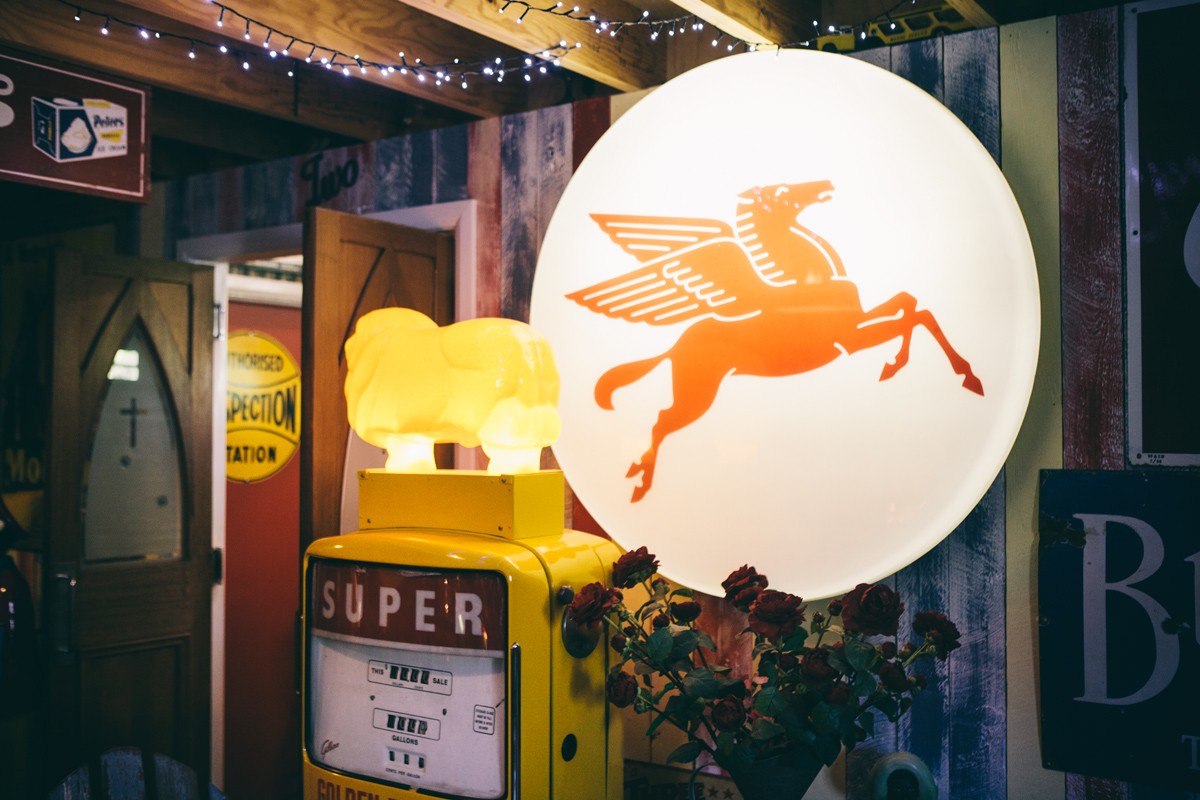 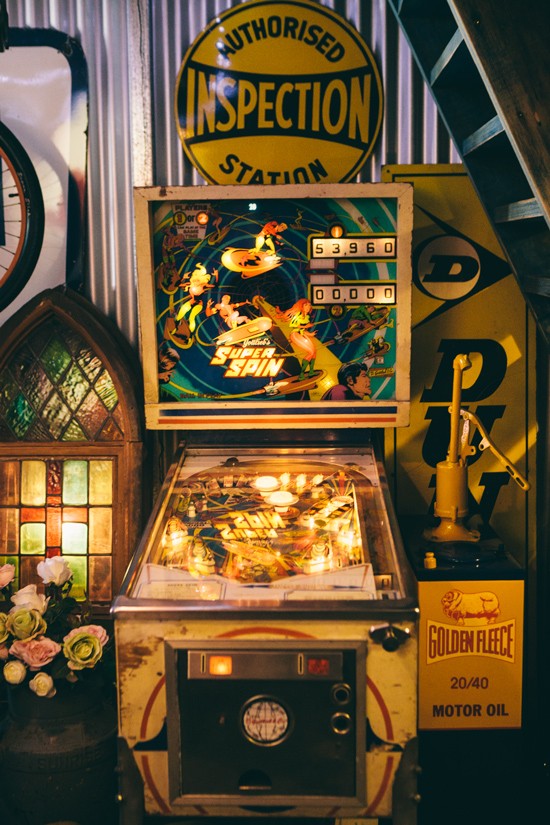 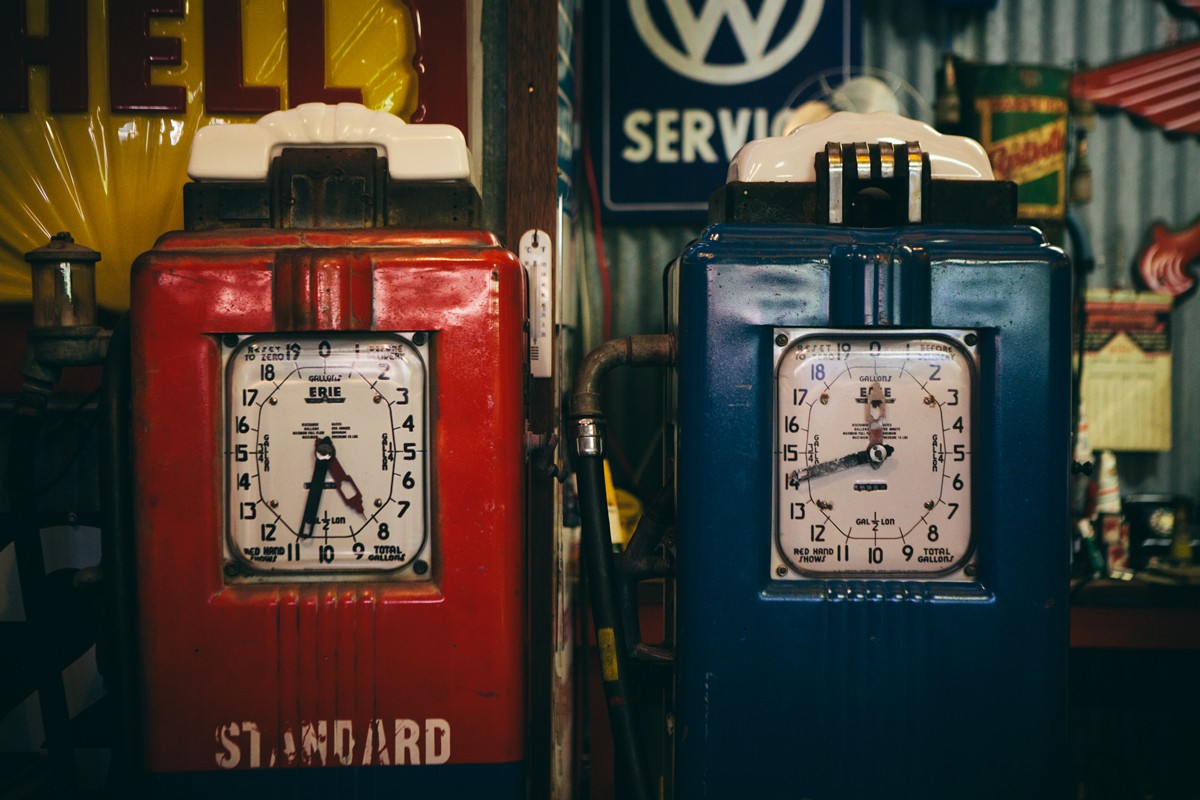 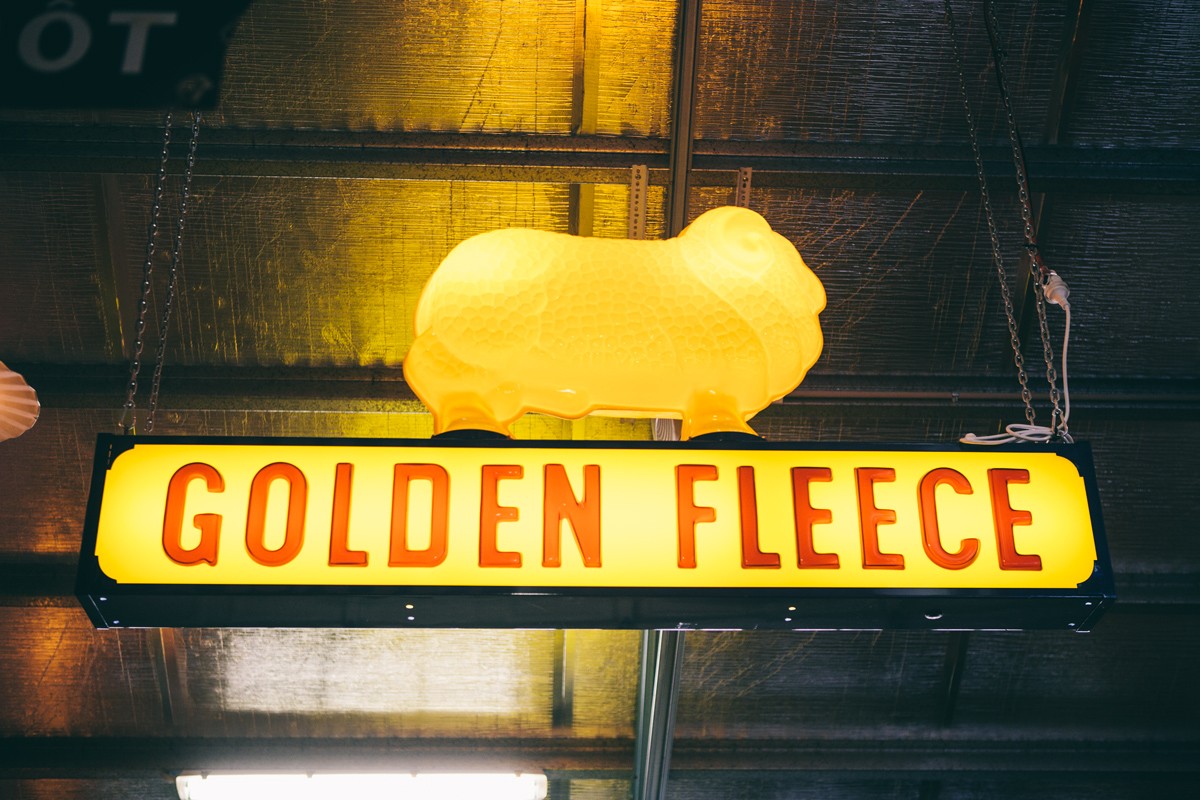 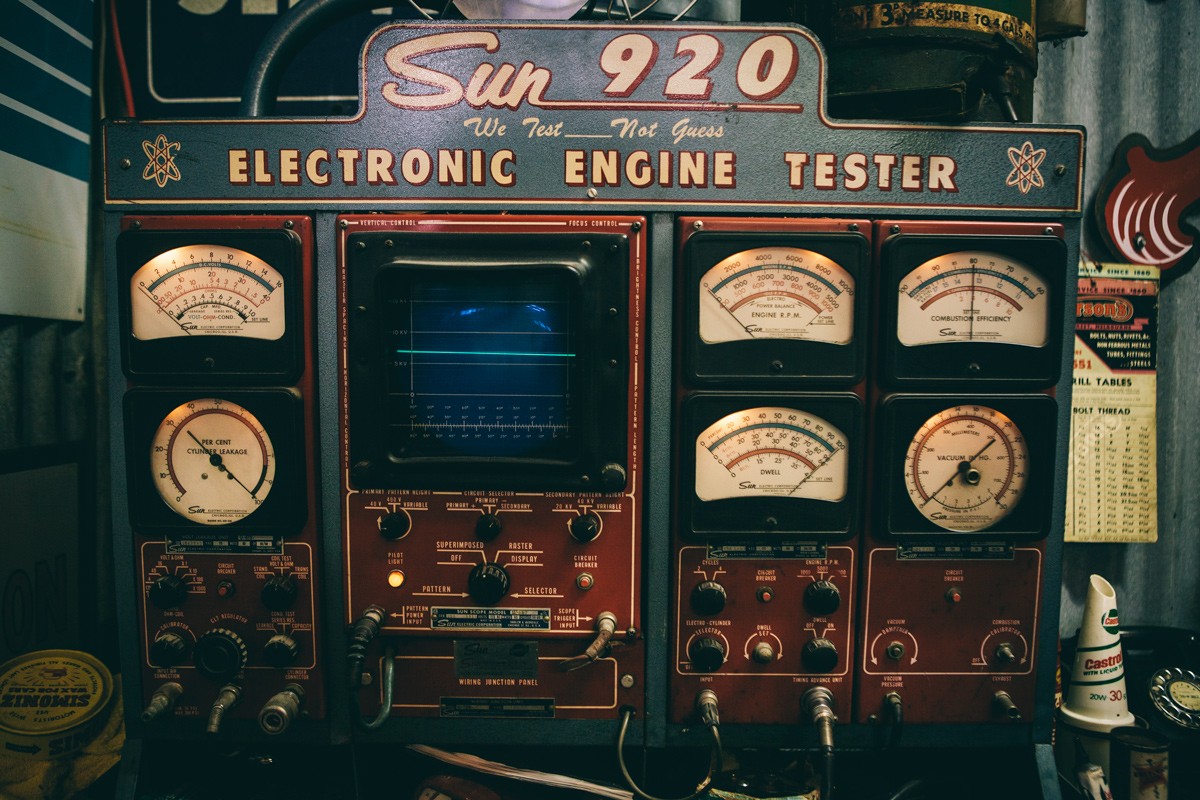 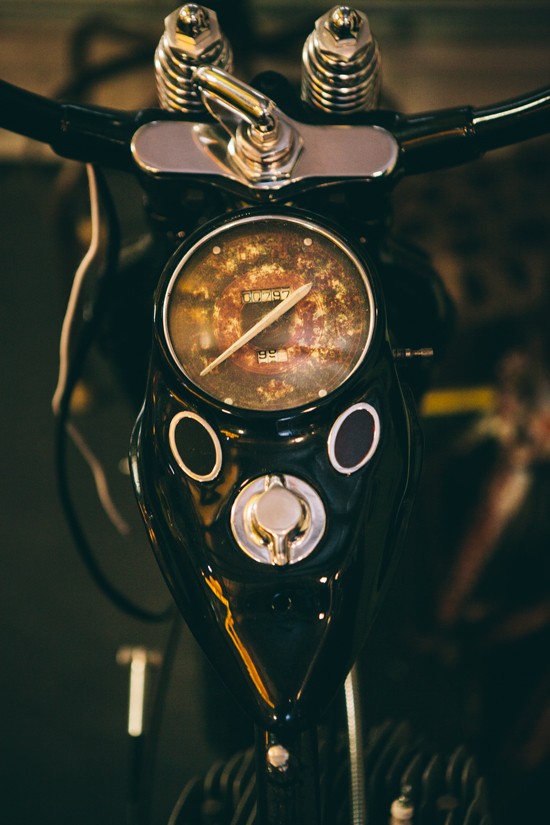 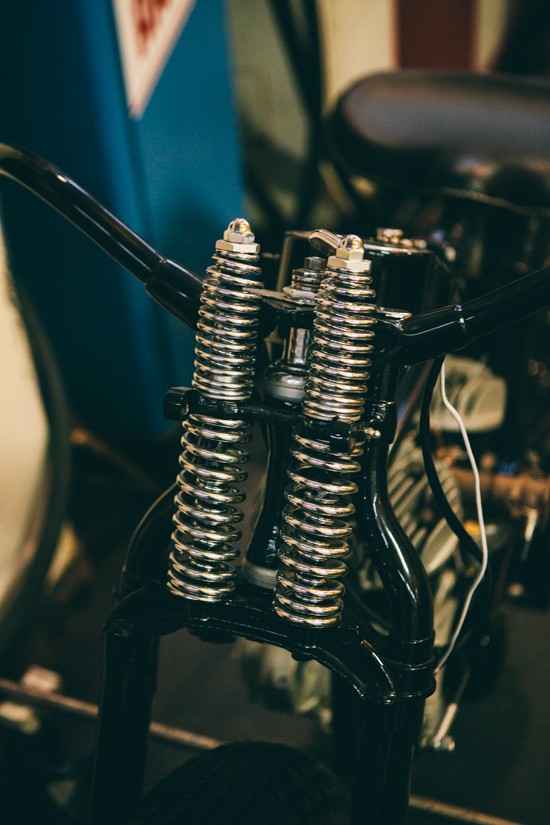 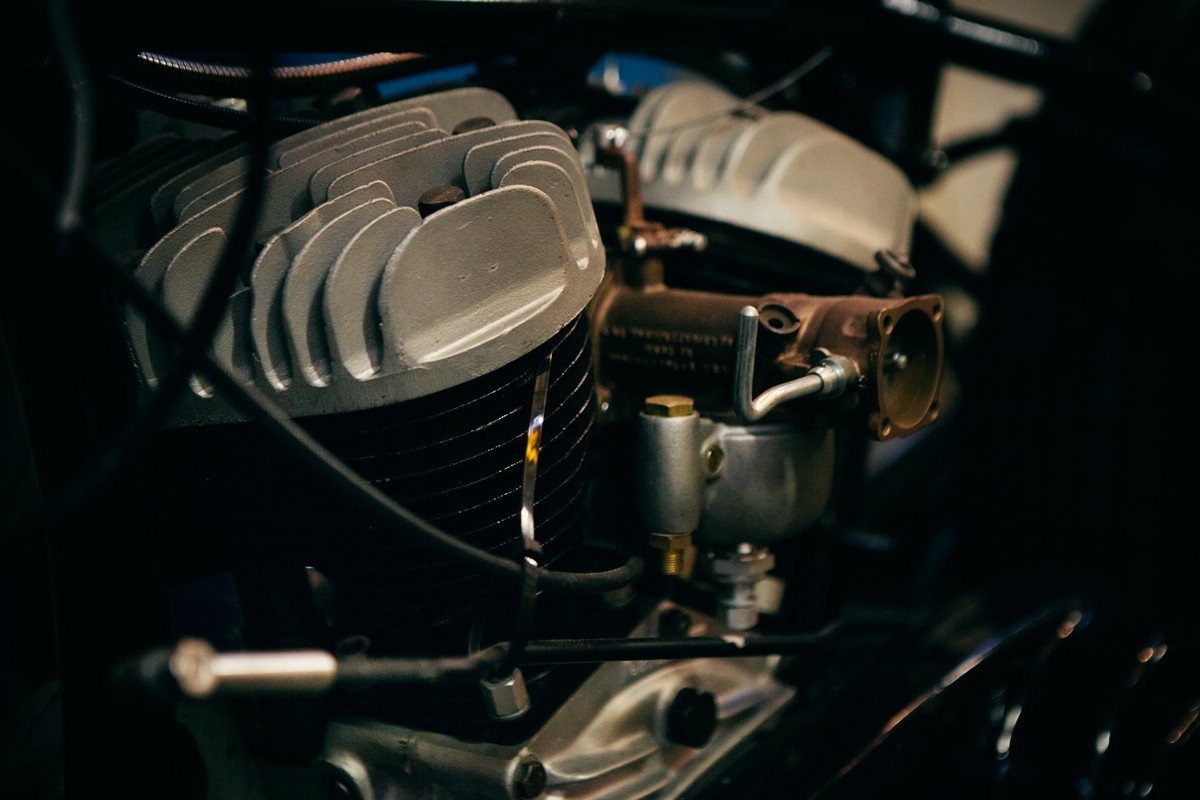 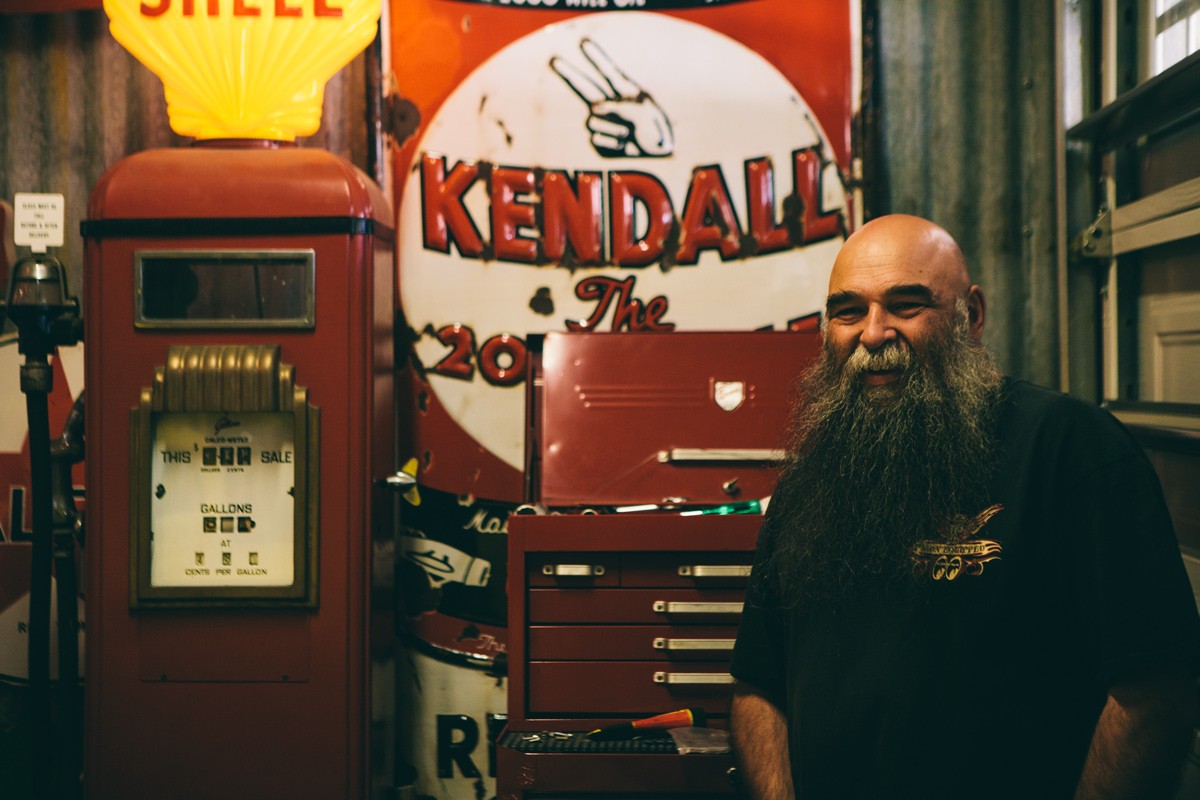 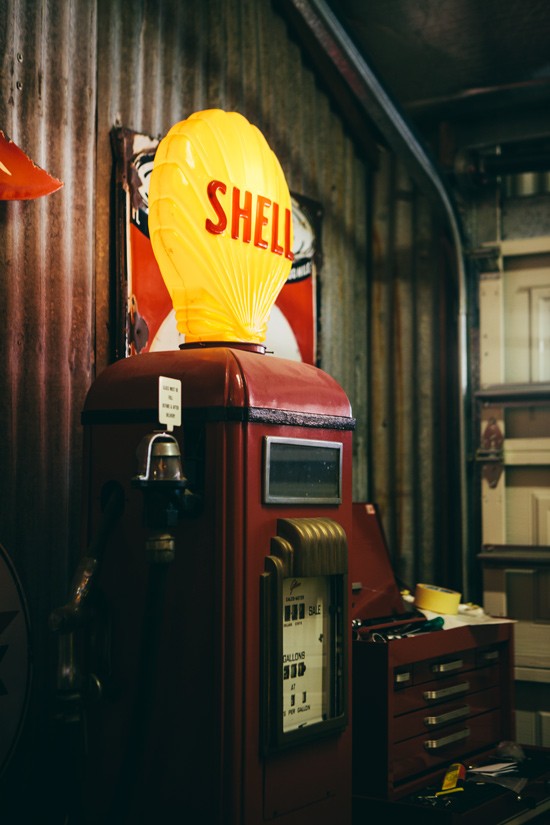 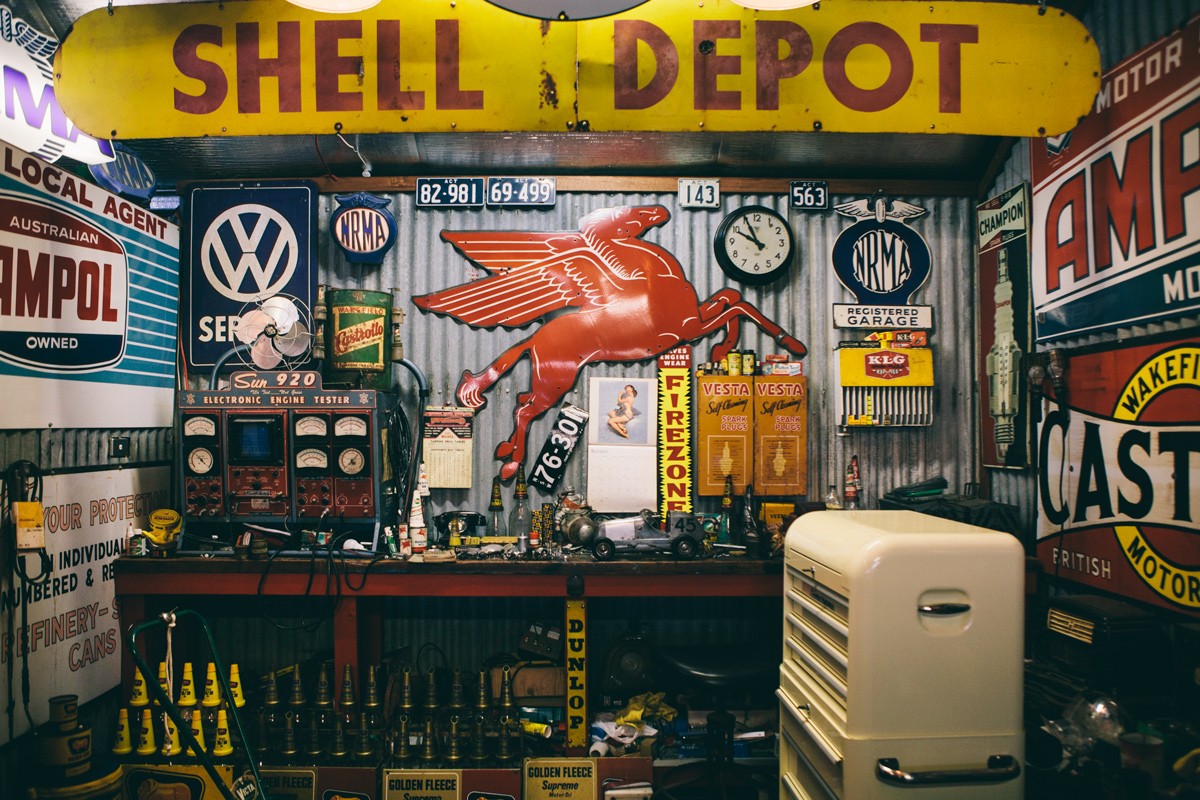