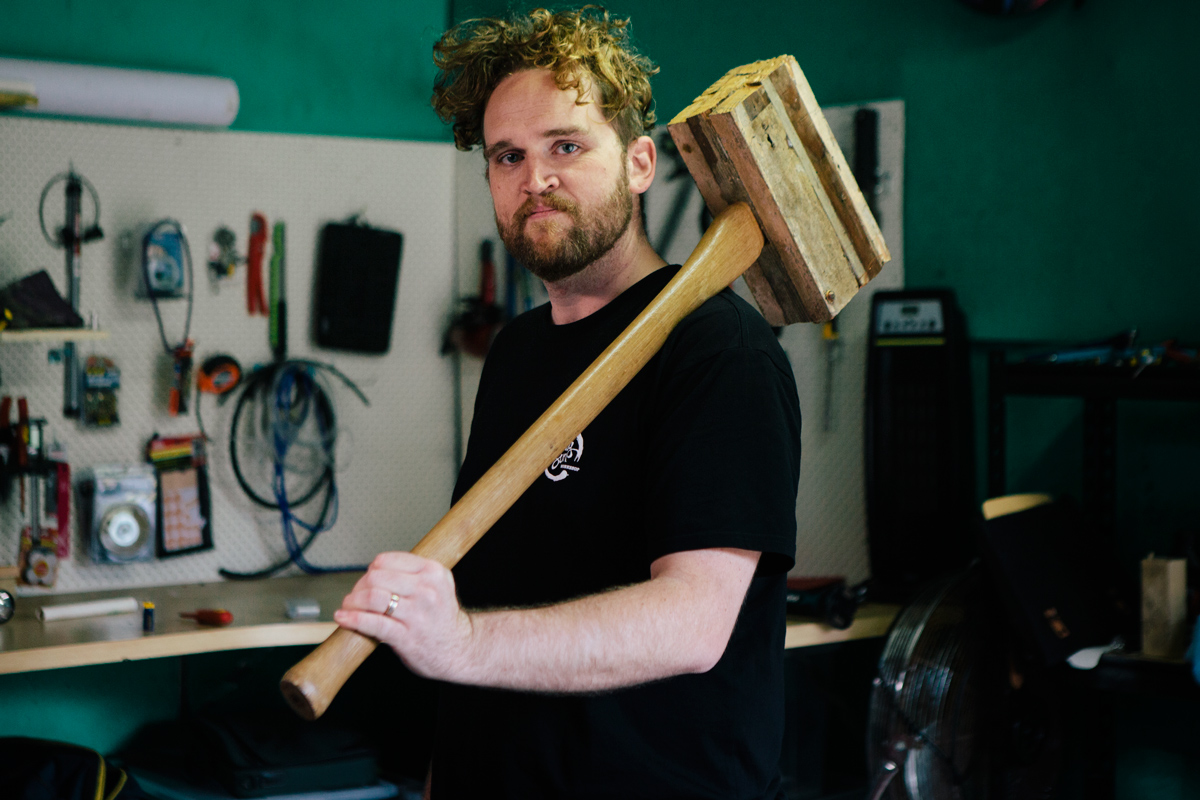 Known amongst his mates as “the wiring guy”, Jon started his life of bikes buying old, broken down rides which he would then fix up and flip for a bit of extra coin. The more he worked on them, the more these machines grew on him.

Jon started out making custom car stereo installations for folks, which inevitably led to wrenching on old cars “Old Cortinas and 80’s Falcons mostly. When I found out how much easier it was to get an engine out of a bike, everything changed. You don’t need big cranes or heaps of room, and you can lift just about every part on your own. Compared to a car, you can put a bike engine on the bench, strip it down to replace or fix the broken stuff, and put it back in the bike, all without needing a crane.” 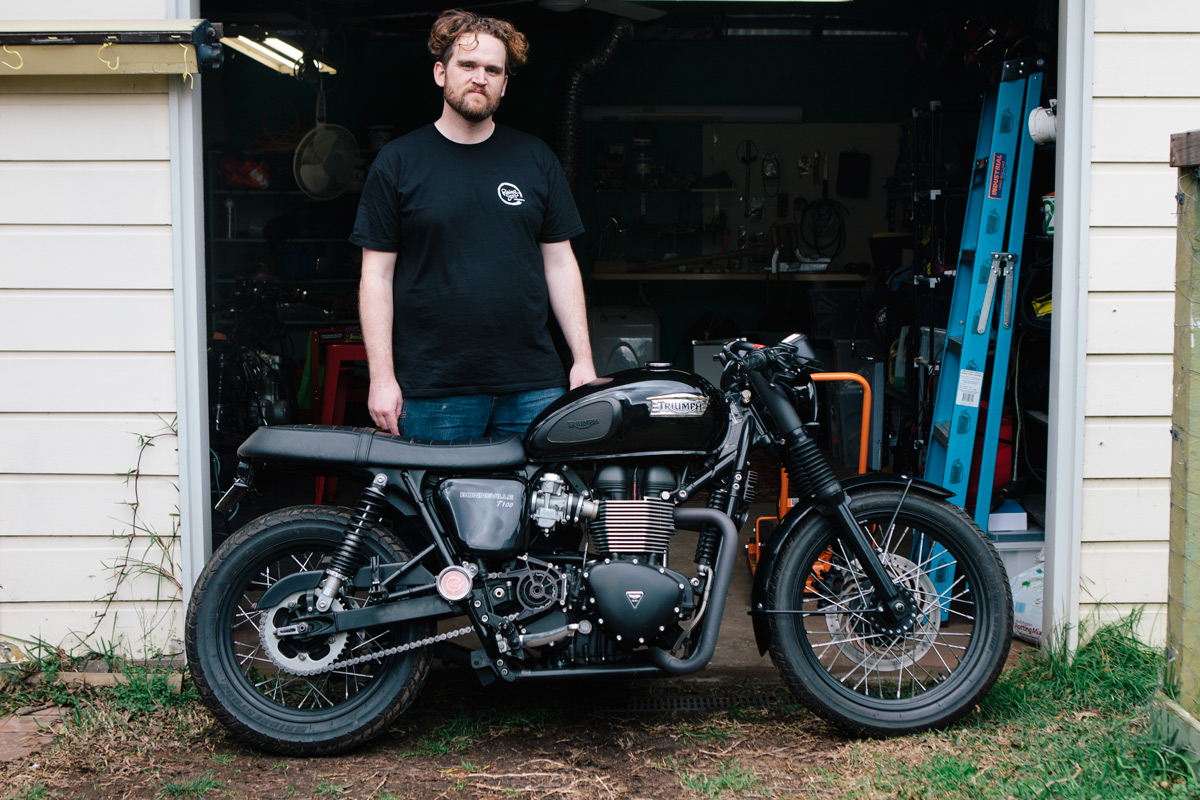 “I spent more time fixing and rebuilding bikes than actually riding back then. I never completed my licence so it lapsed until I bought a zzr250 from a mate in 2008 (which was one of the bikes that I had actually rebuilt), and that got me right back into it. I put another 60,000km on that little 250, then upgraded to a bigger Honda sports bike.”

“Because of the stereos, I had experience with wiring and electronics, and most of the old bikes just had burned out harnesses or busted charging systems which were all relatively easy to fix, and I had all the stuff at hand to do it.” 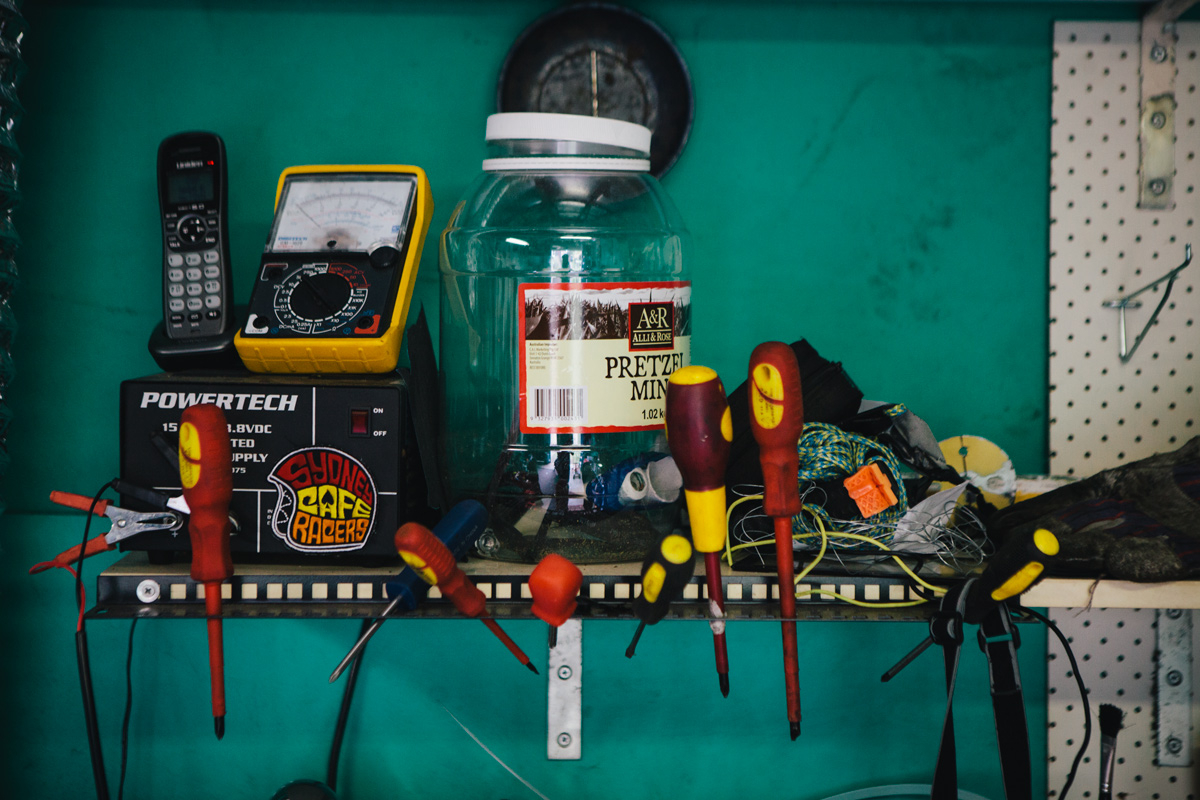 Jon’s current bike is a 2014 Triumph Bonneville t100, which is as black as the night is long. “I wanted something more reliable than the Honda, which was at about 100,000km and getting really tired. I also wanted something with spoked wheels, and good looks. I’ve always lusted after a triumph.

After a test ride I bought it straight away. The suspension was all replaced and tuned within about a month, then the exhaust. The lights and bars came after. There is so much potential with this bike, and I think it’s really starting to take shape!”

Spending as much time as he can in the garage space (Jon admits probably more than his wife would like) there’s always someone else’s bike in there next to his own, as his reputation for wiring has led him to fixing mates bikes. 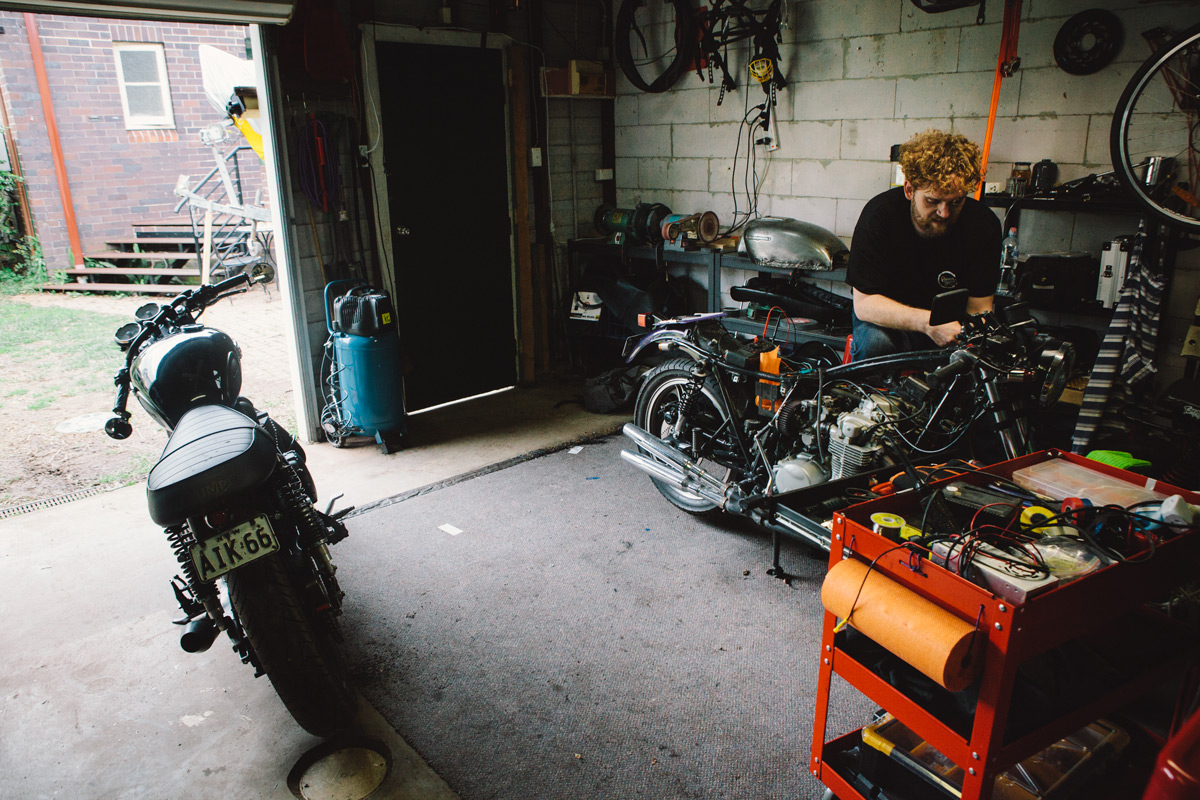 Sitting ominously on a workbench is a giant hammer, with the word “reset” scrawled on it.

“I got it on my last trip to Asgard, they were having a sale on tools.

And the favourite tool for this garage? Jon’s old Japanese pliers. “I’ve had them as long as I can remember, and they’ve outlasted every other tool I’ve ever had. There’s a nice long handle for leverage, and the action is really nice on them. The crimping tool is handy in a pinch too. 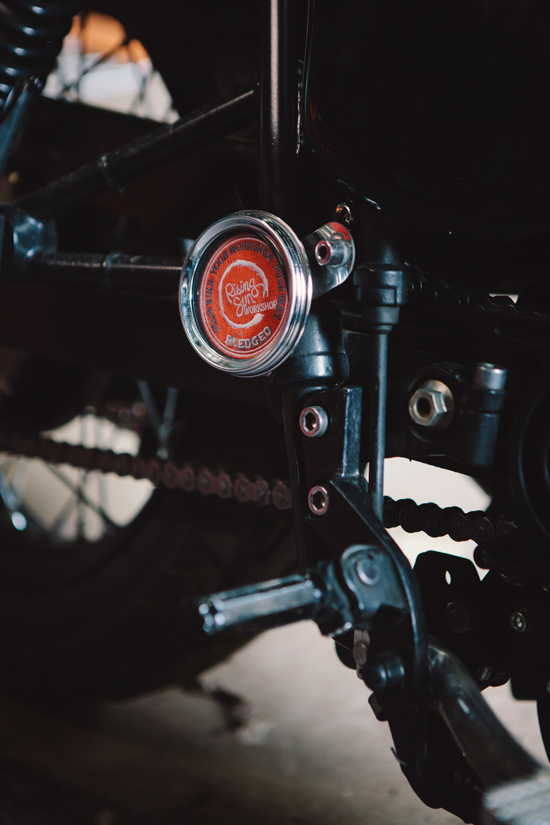 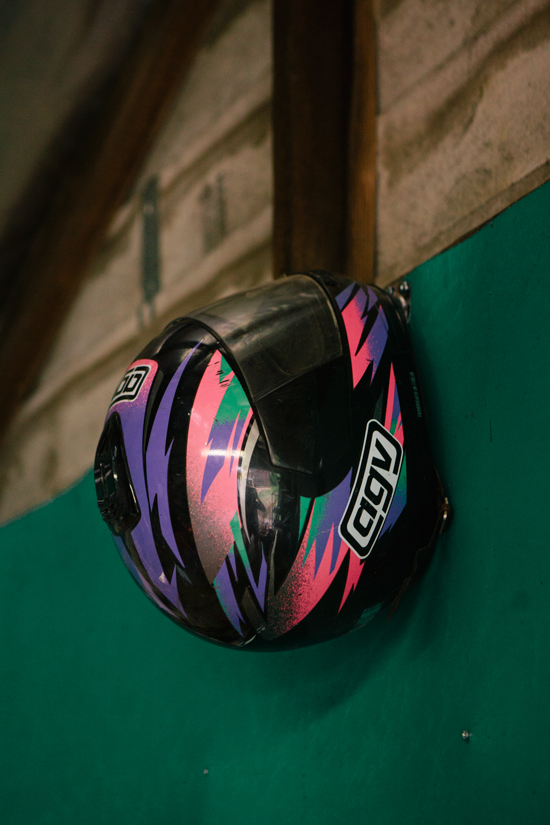 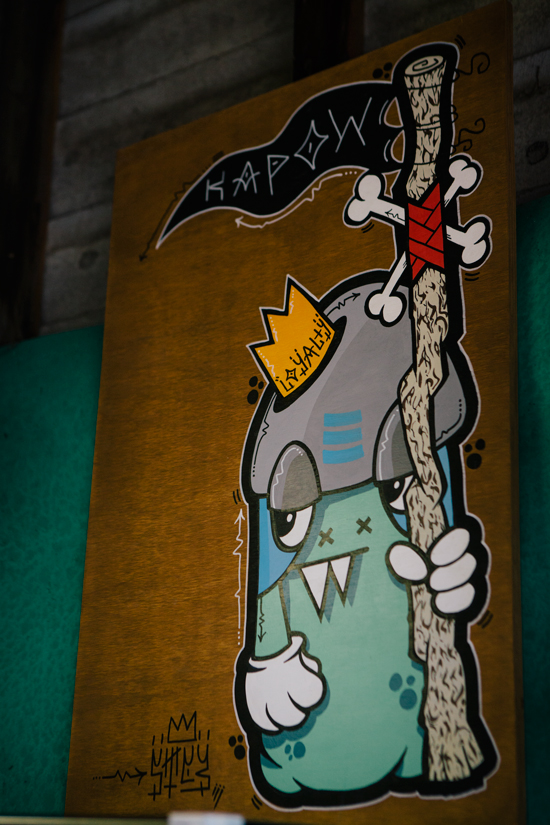 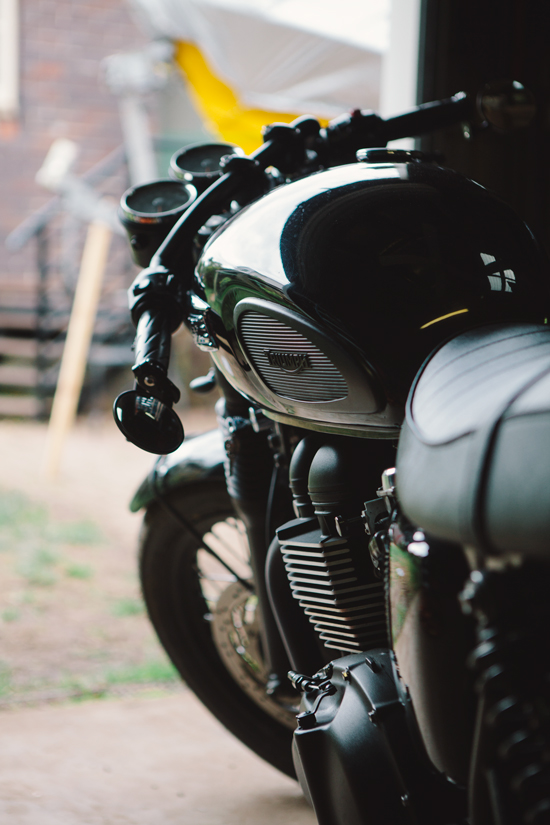 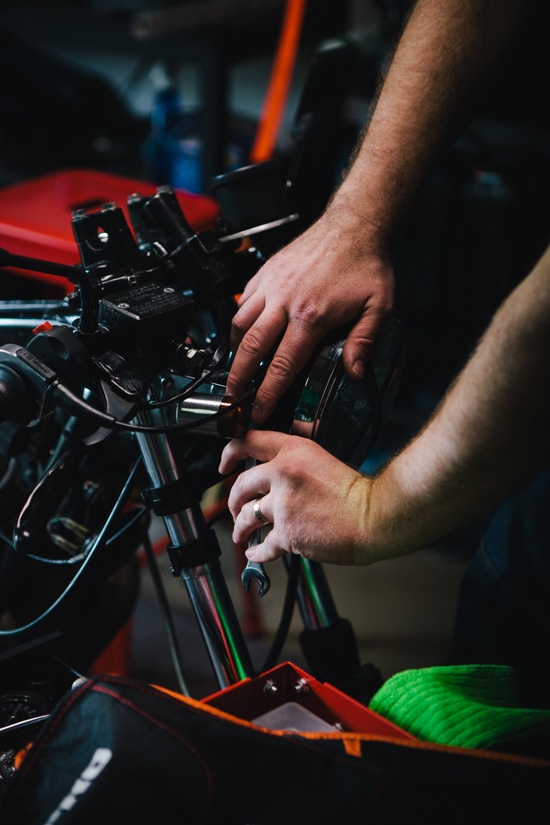 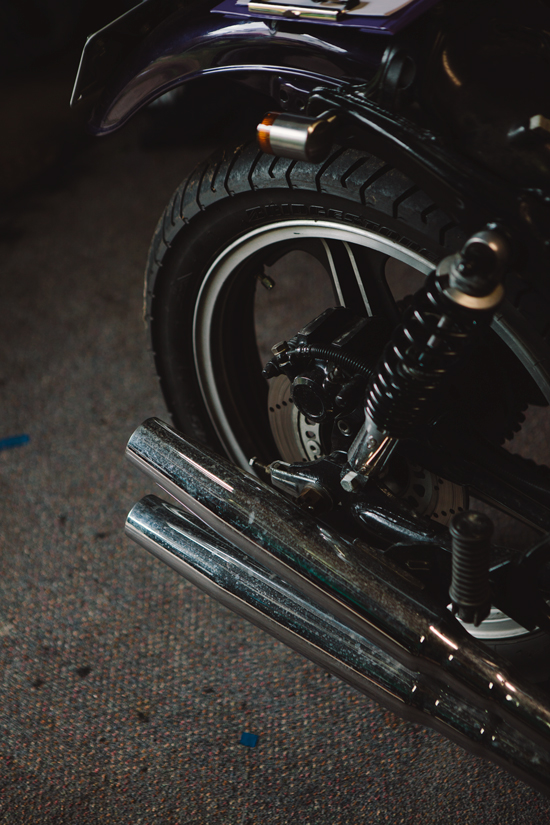 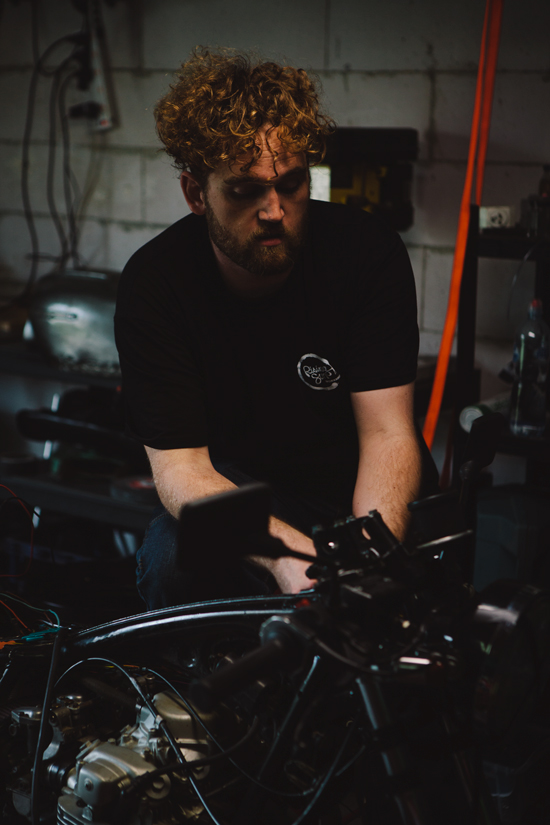 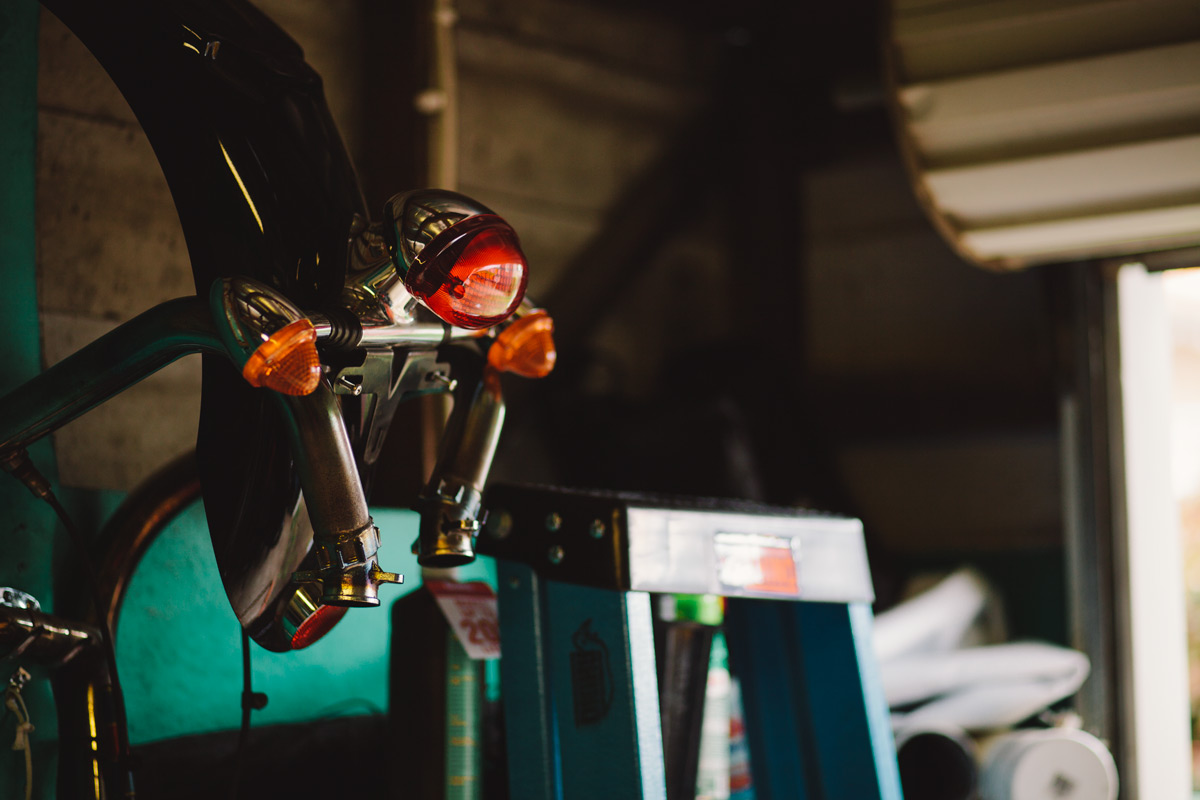 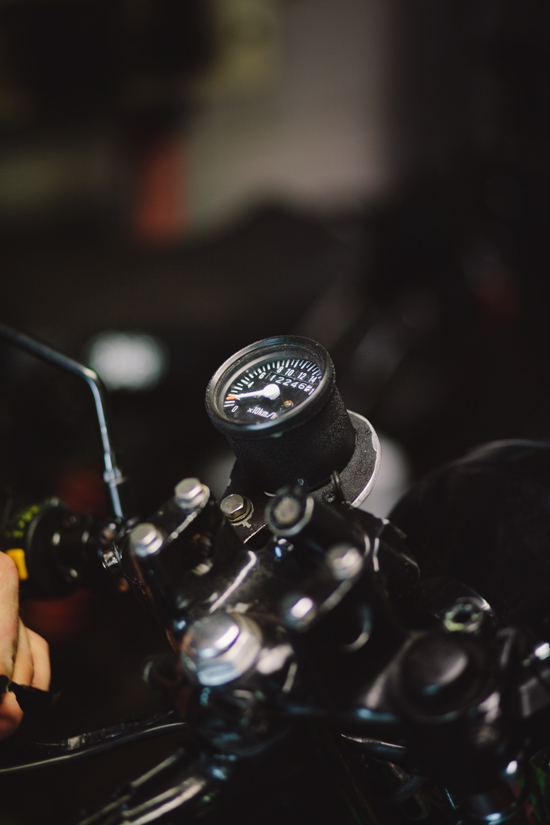 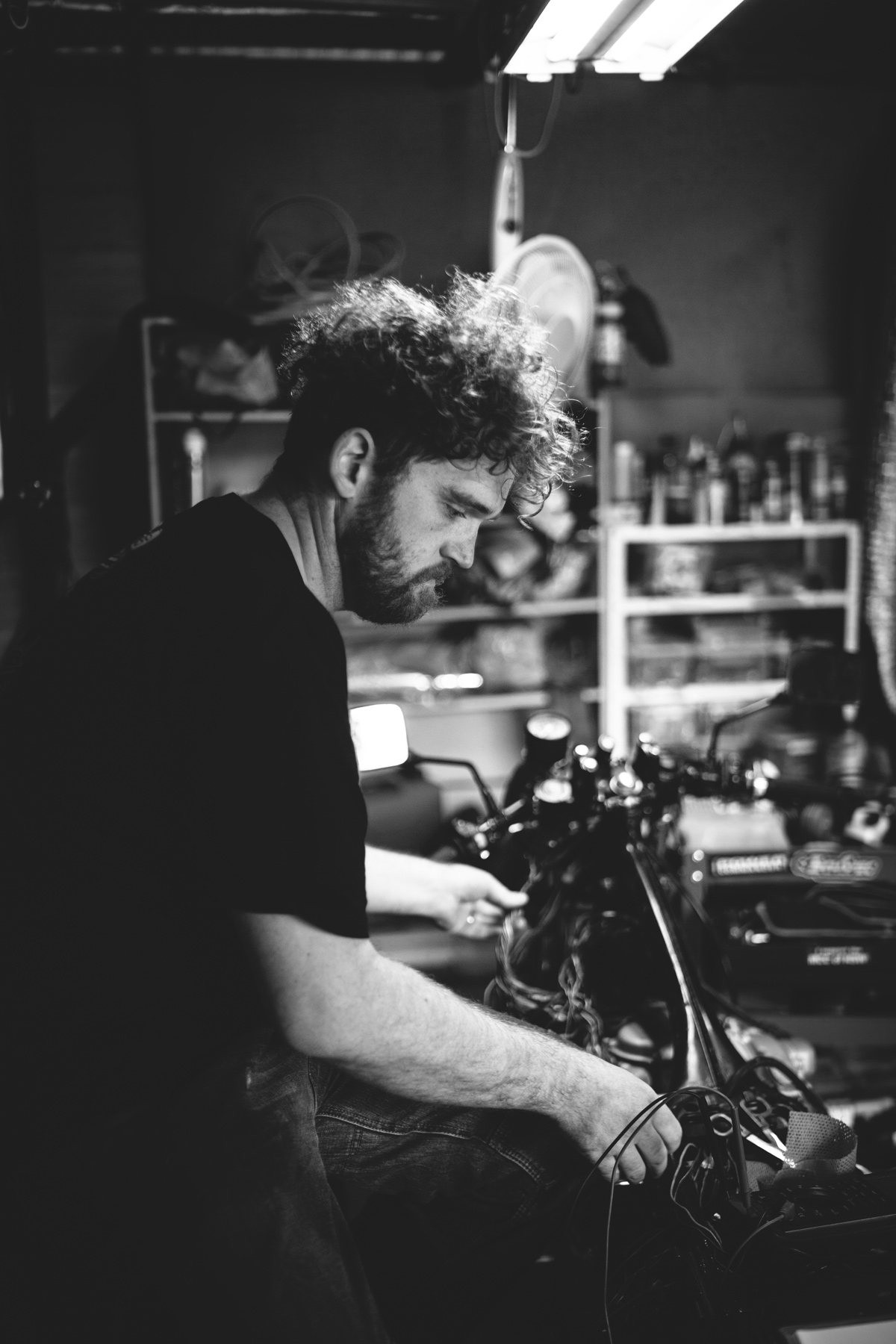 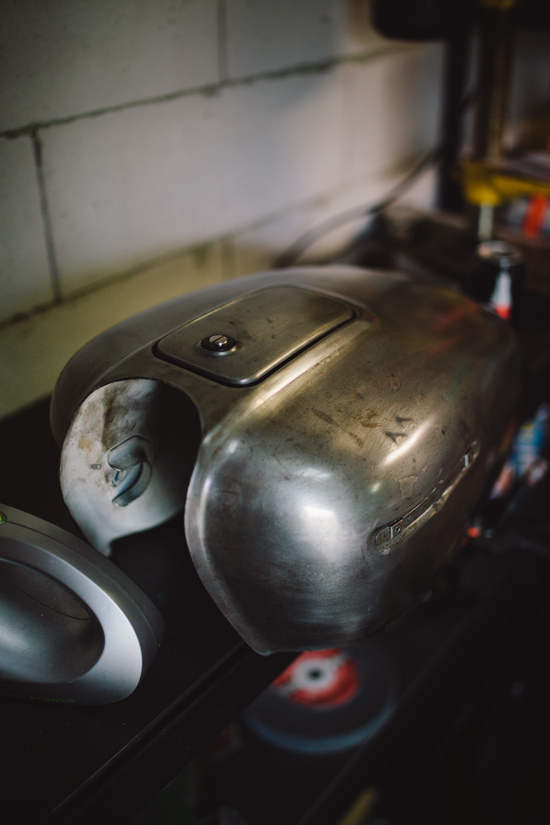 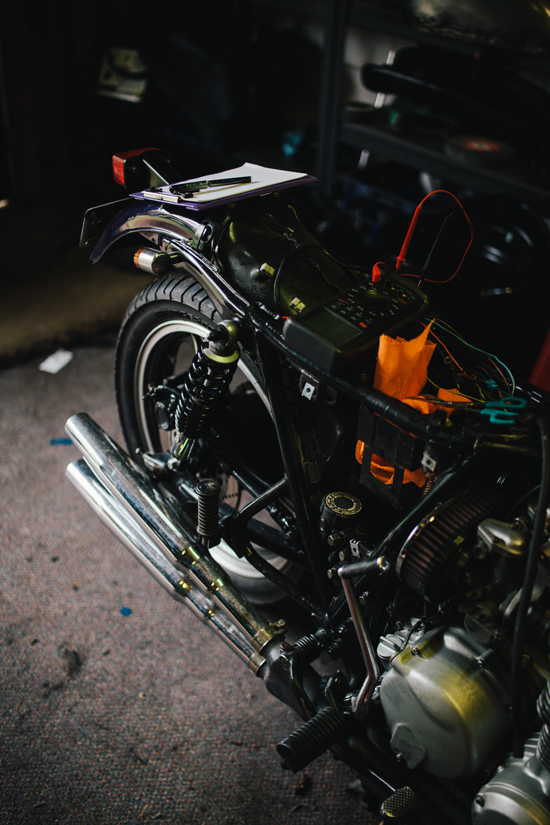 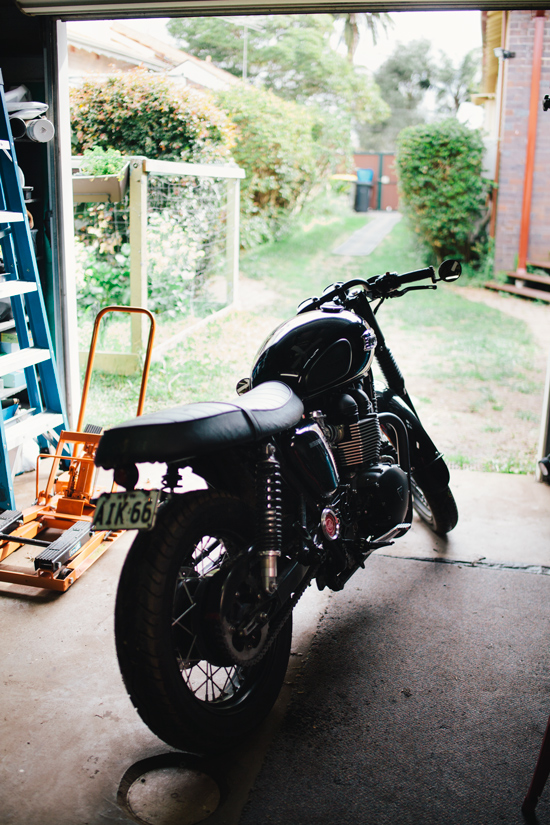 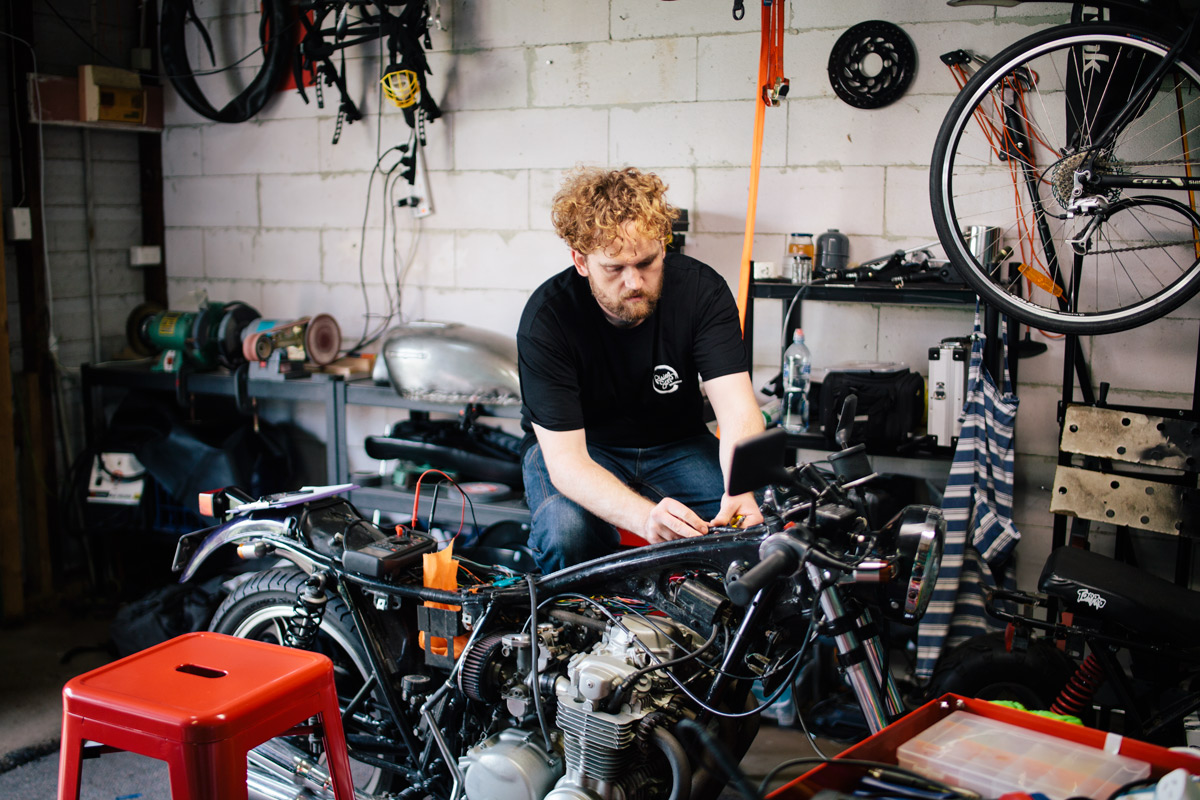 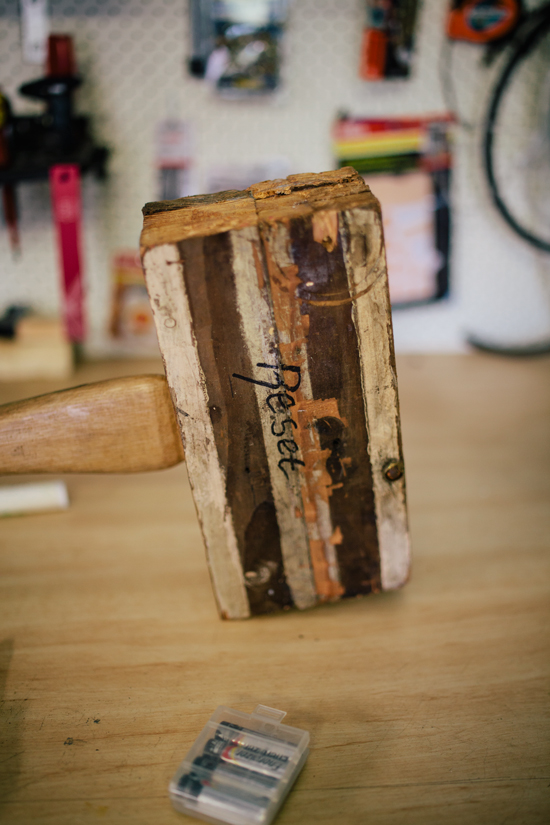 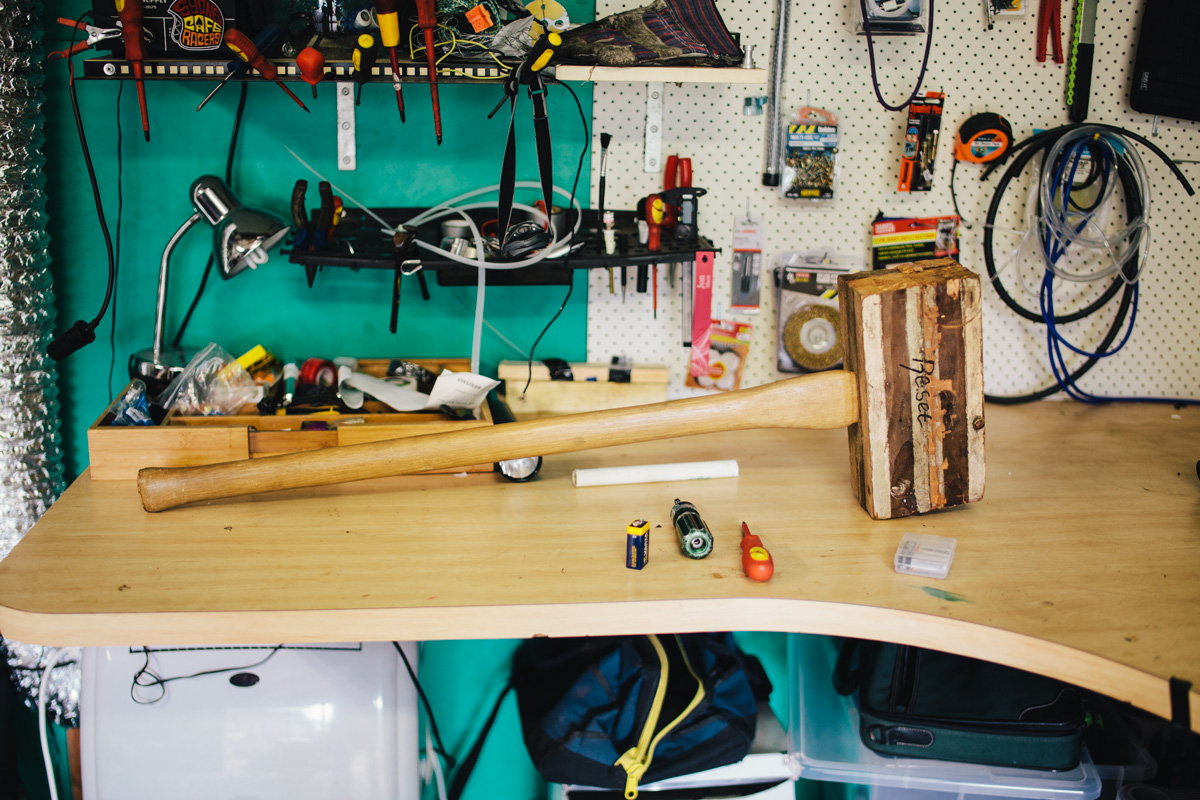 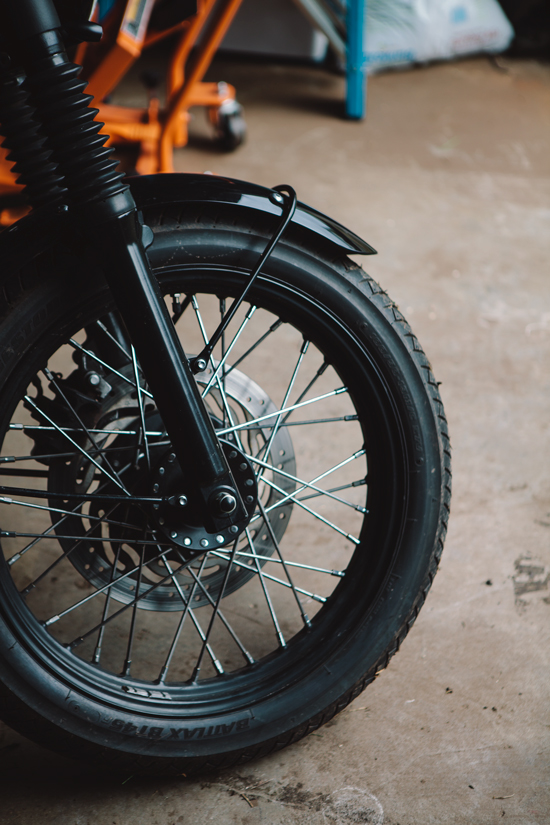