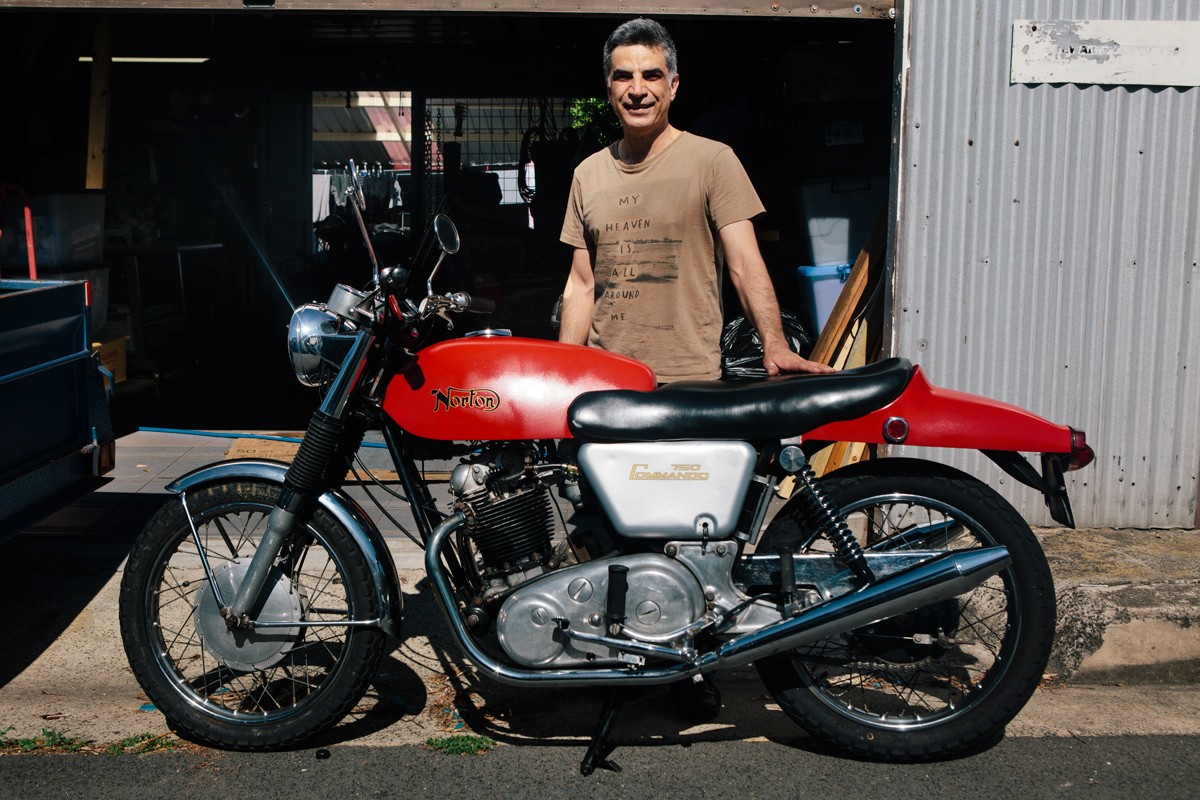 The Japanese concept Wabi-sabi is the acceptance of imperfection and the incomplete, and it’s with this same concept that Wally has his passion for old British bikes. “There is no consistency, each was different. Each has its own character.”

Wally got hooked on bikes at the age of 9, and their presence in his life has been pivotal ever since. My friend’s rode and everything we did revolved around them.” Bikes would have to take a break however after his son was born, “I decided to be safer and sensible. Hung up my leathers, sold off about 10 complete bikes, put what was left into storage.” 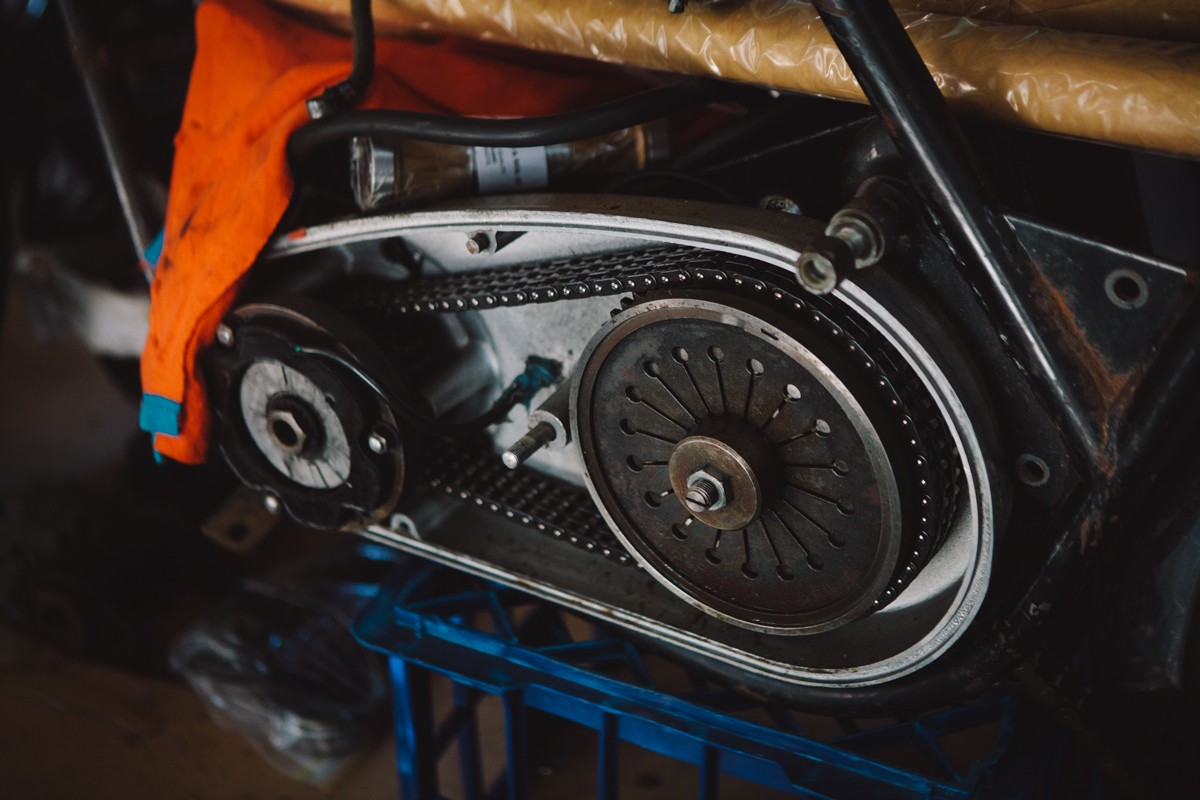 This hiatus would not be forever, as is the case with many riders that have done the same in the name of family. After moving back to Sydney from Canberra, Wally found himself a home with a suitable garage to get the fire roaring and feed his passion. “The Norton Fastback was resurrected first. Ii had not been running for more than 25 years – it has a lot of sentimental value.

Now I am putting the others back together, hopefully I will complete a few before buying any more. Either that or get a bigger garage.”

Wally has a passion for old bikes, and a passion for going fast on twisty roads. This ruled out a lot of bike brands and models, and despite owning some BMW’s and Jap bikes over the years it was the machines Made In England that fit into his life perfectly. 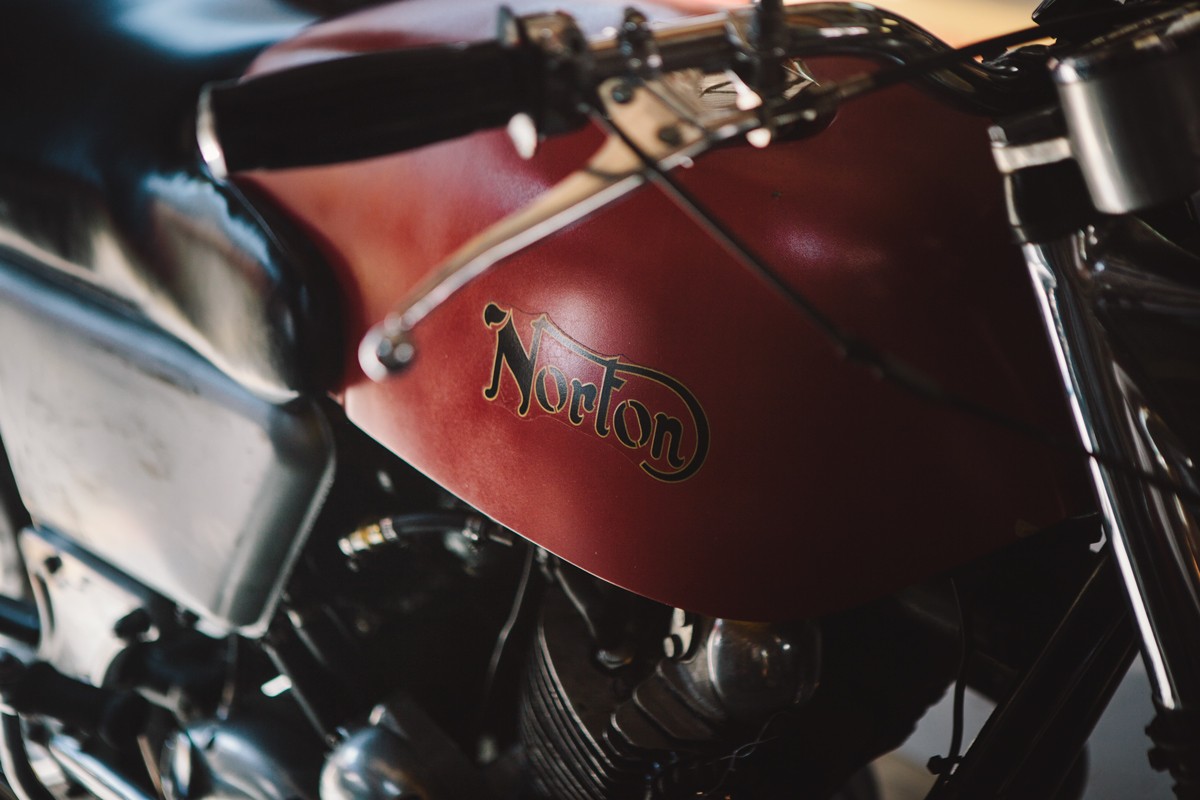 “To me, British bikes are the Wabi-sabi of motorbikes. Built on old lathes well worn out through the war years. There is no consistency, each was different. Each has its own character. No computer controlled accuracy here. Just a question of how sober the machinist was on the day. Then you add to that 40 or more years of history and each bike become an individual.

Aesthetically – old bikes are beautiful.  Nothing is hidden. You can see the engine. The engine is part of the look of the bike not something hidden behind pieces of plastic.”

What is your favourite tool in this garage?

“My Estwig hammer. My father was a cabinet maker/builder and he had one that he used his entire life. He was a brilliant craftsman and that hammer became a symbol of that skill to me. I bought my own not long after left home. To me it is a link to him, a symbol of making things by hand.

It is also a symbol of my belief that if I own something I should be able to fix it. My early career was in electronics, which is why you see tools like the oscilloscope in my garage. It’ll tell you 10x more information than any multimeter will. Electronics in bikes are about as simple as you can get. I have been designing a complete controller that will only use small push button handle bar switches to activate all the normal functions for a bike. Simplifying the wiring and make cabling any bike a breeze. Watch this space!” 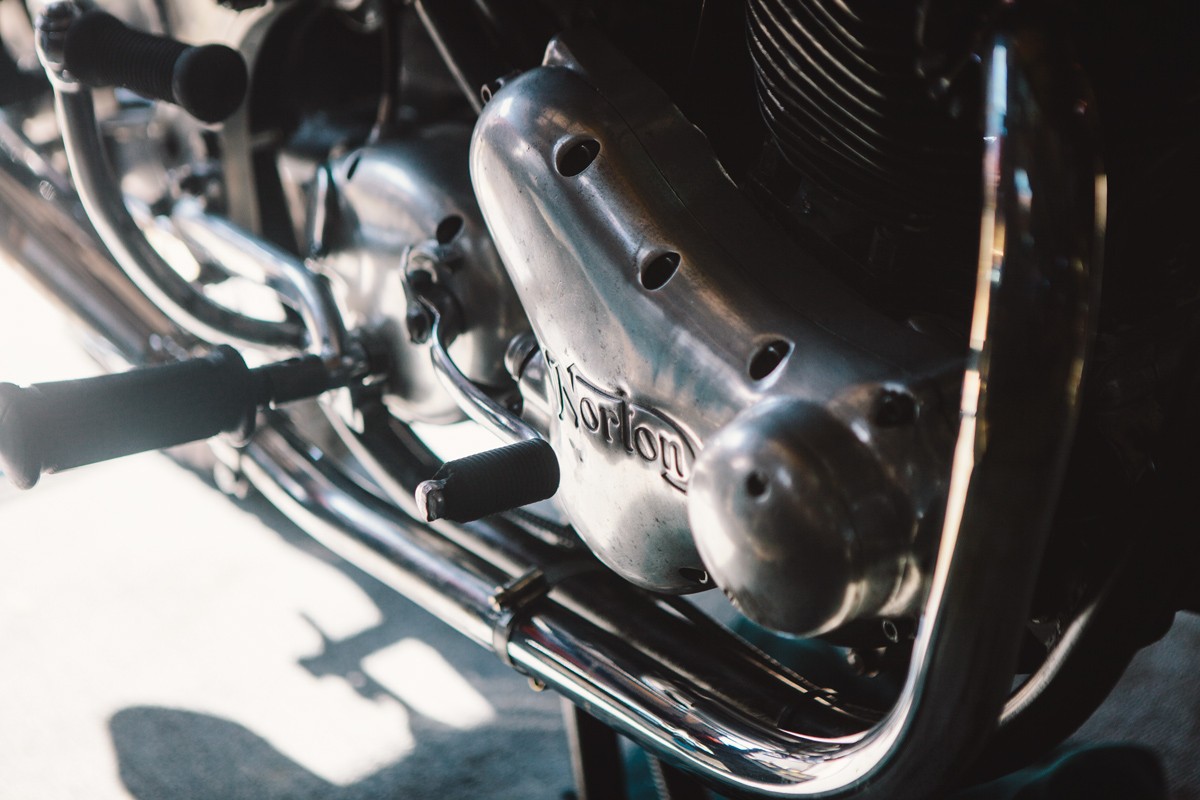 How often do you find yourself in your garage?

“That varies a lot. I typically wander in there every weekend but the mileage may vary. Life outside the garage usually has priority these days.

I had a bike accident early this year and stuffed my back. After surgery I wasn’t able to do a lot physically. This kept me out of the garage for quite a while. Now that I am allowed back on the Norton I feel better, I feel revitalised. That, and along with my buying two more bikes in as many months leaving me with no space! Means I need to get cracking again.” 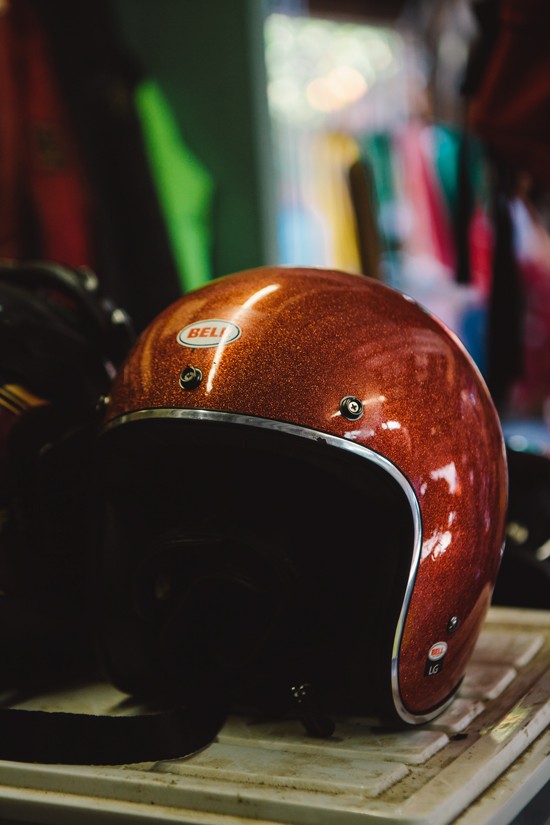 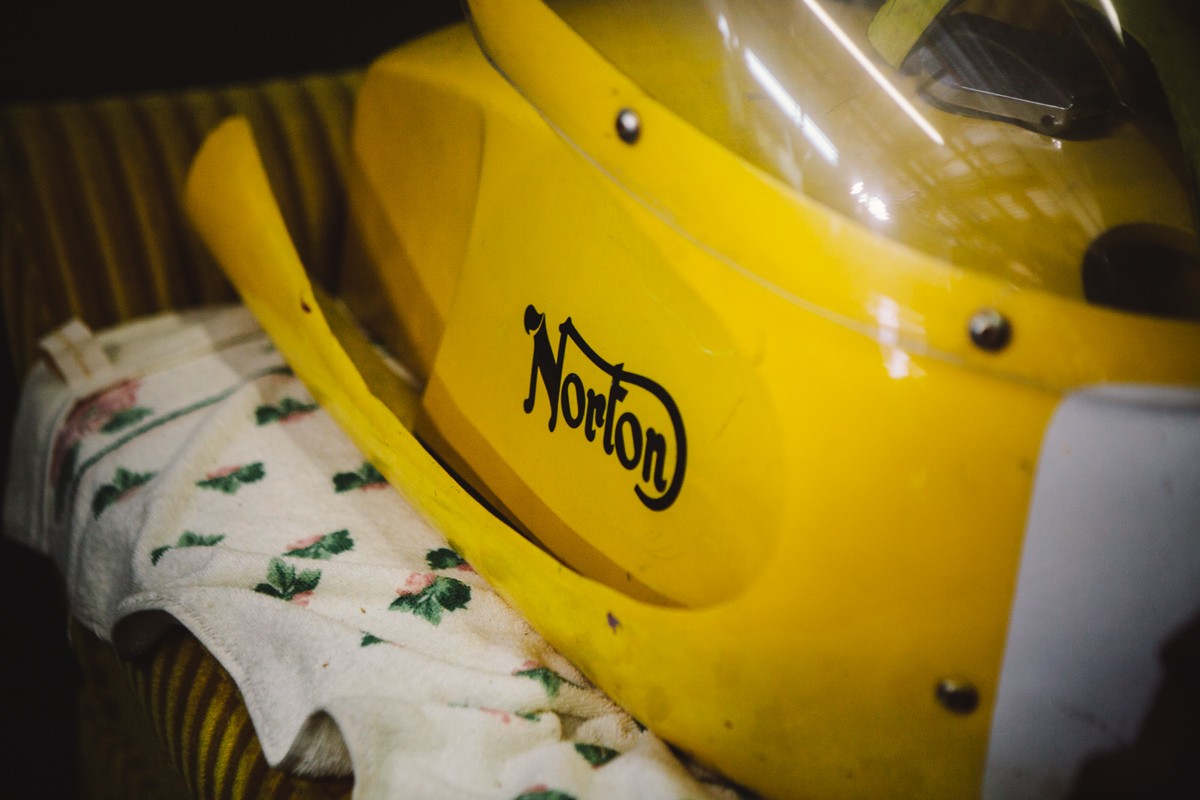 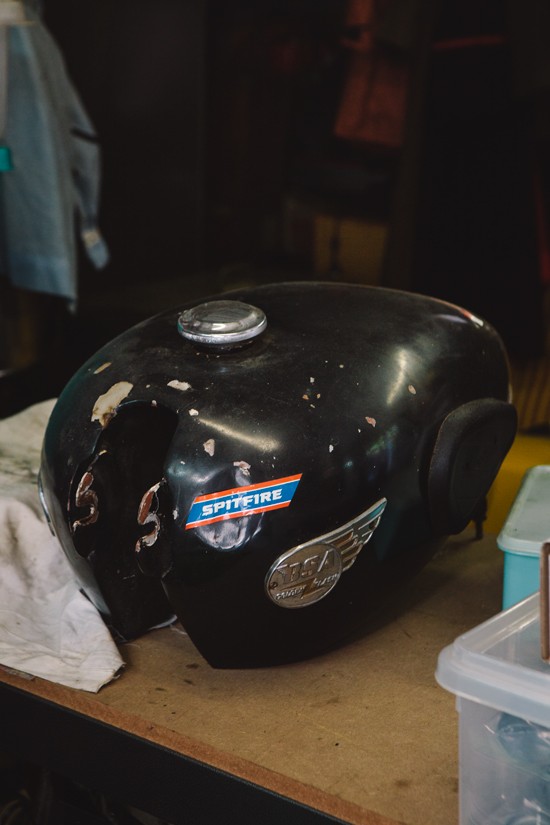 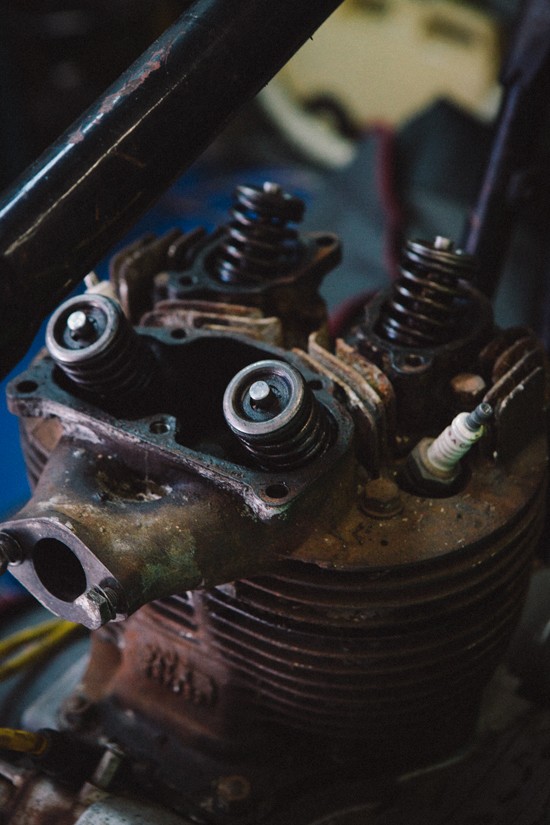 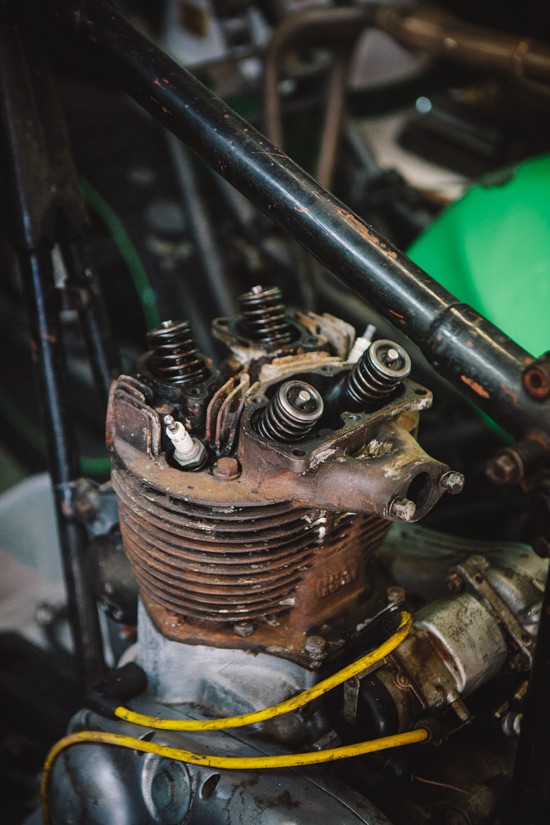 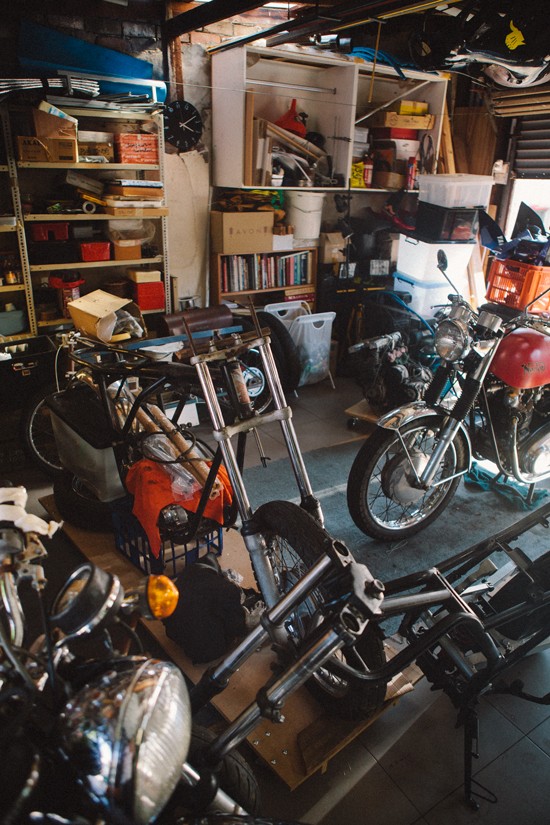 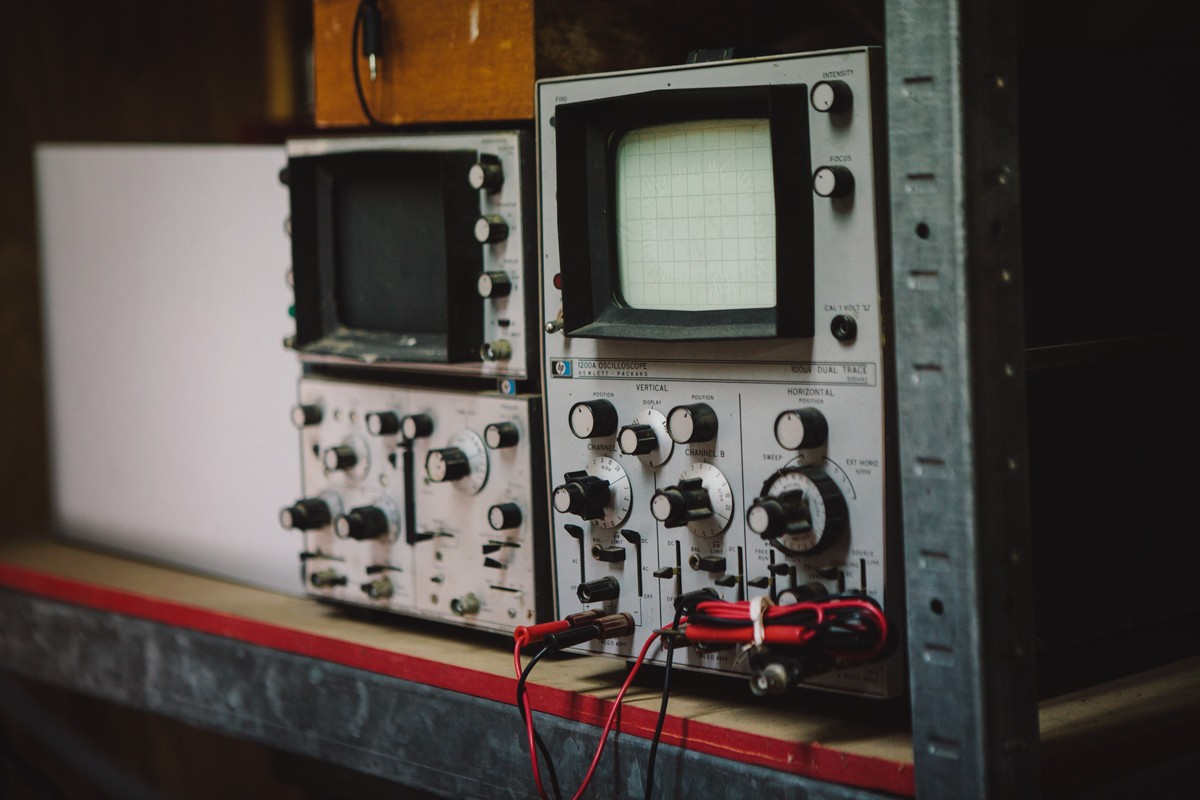 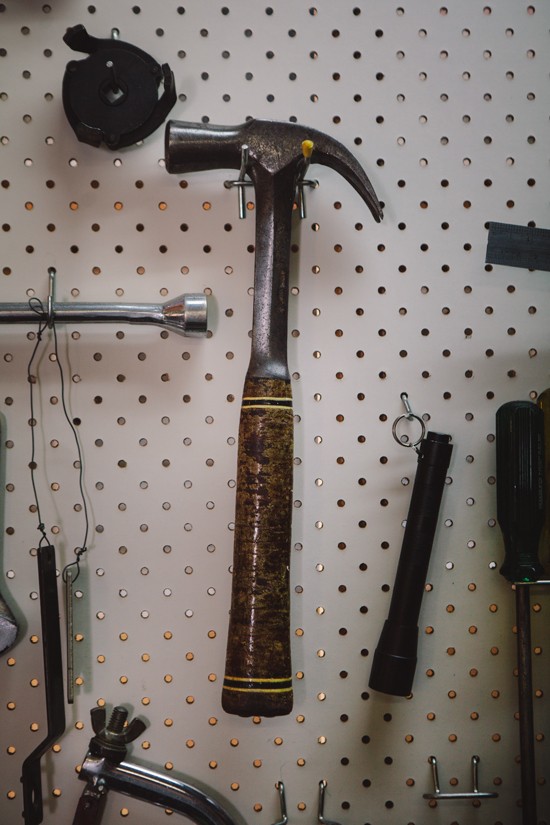 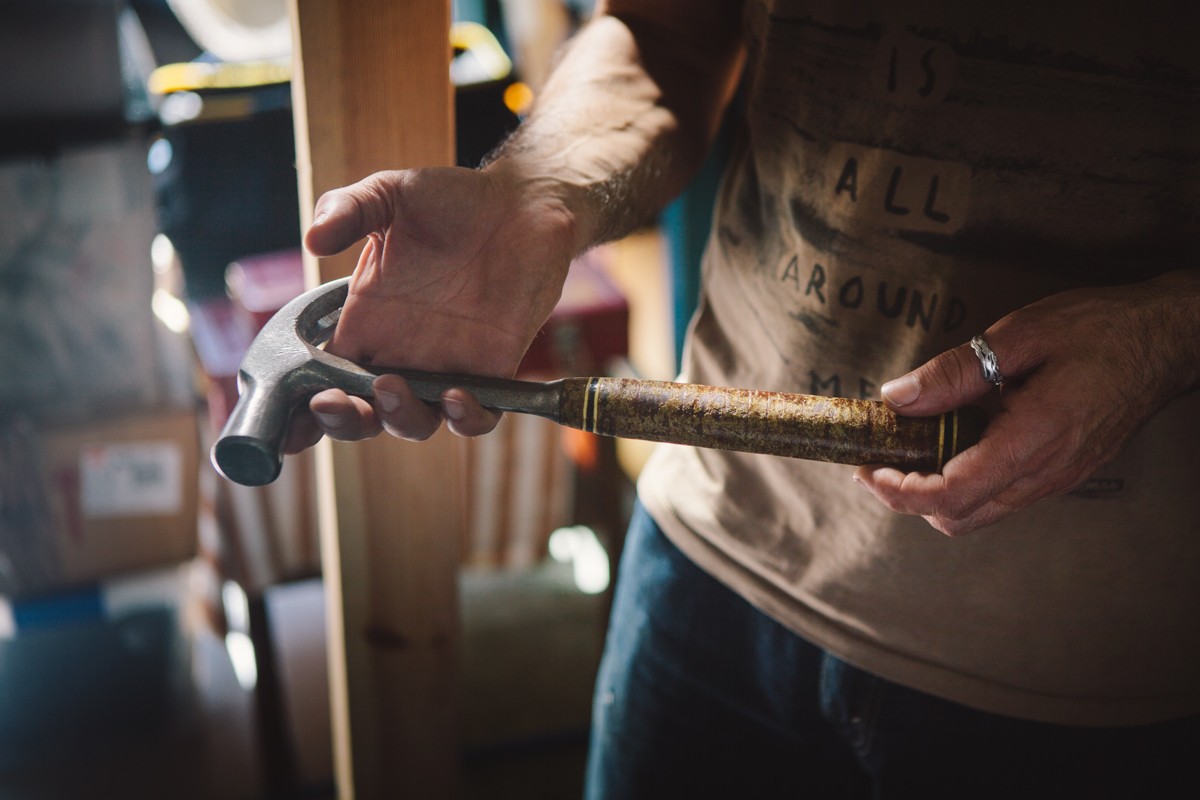 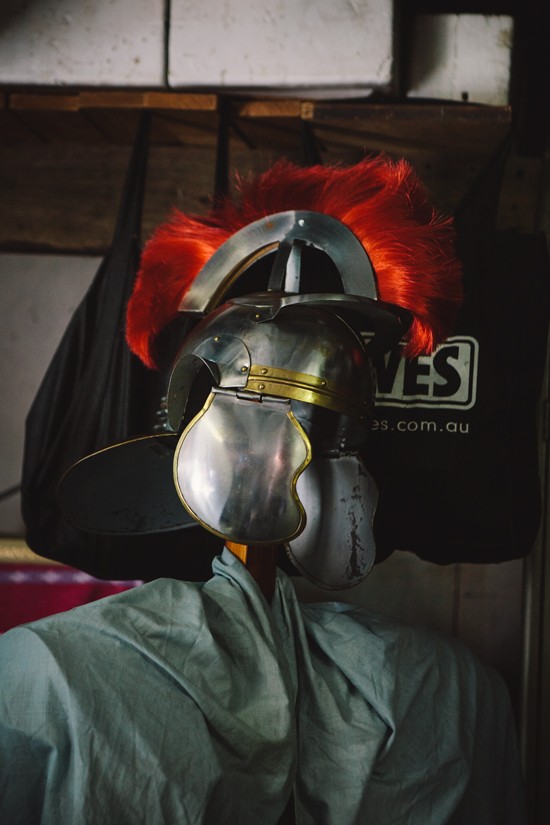 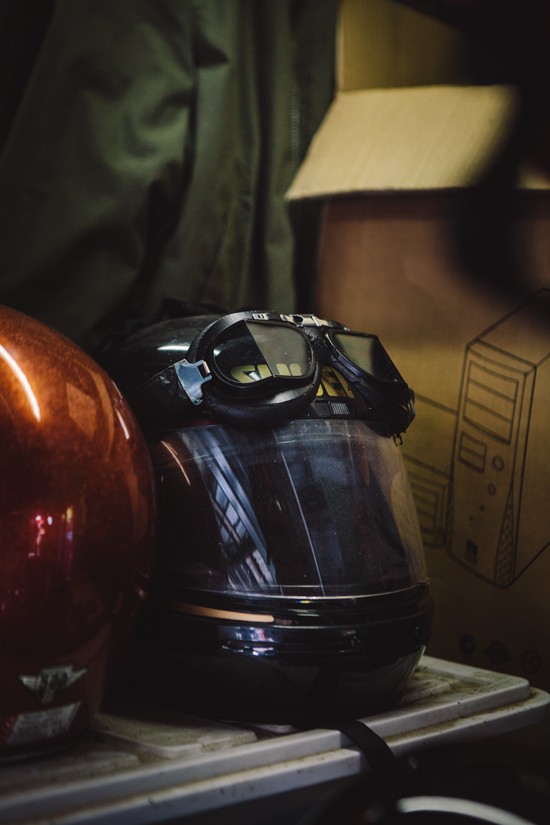 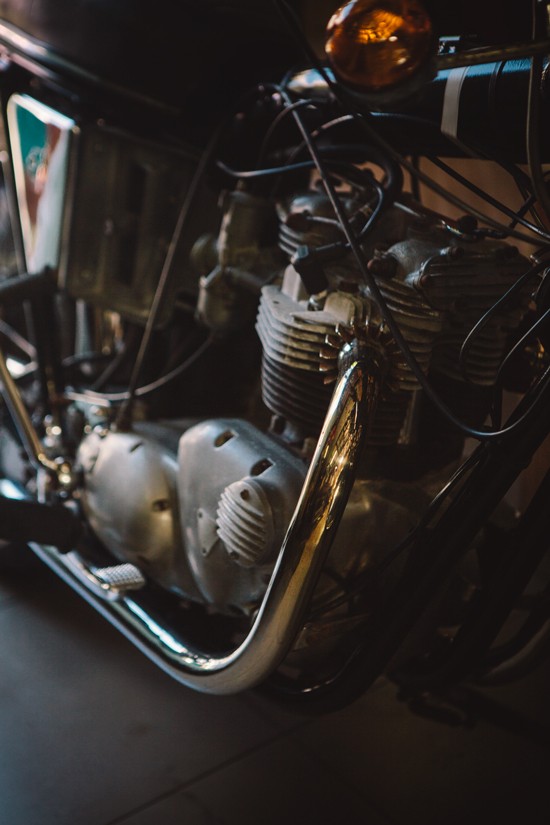 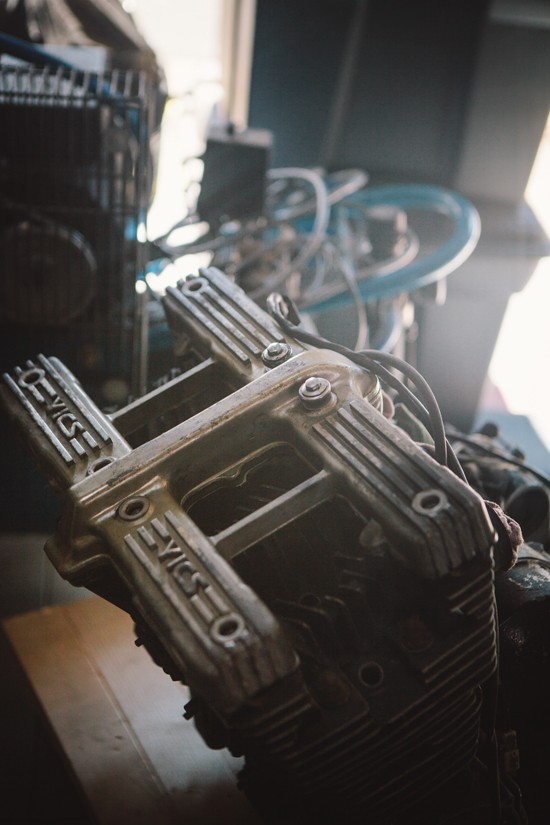 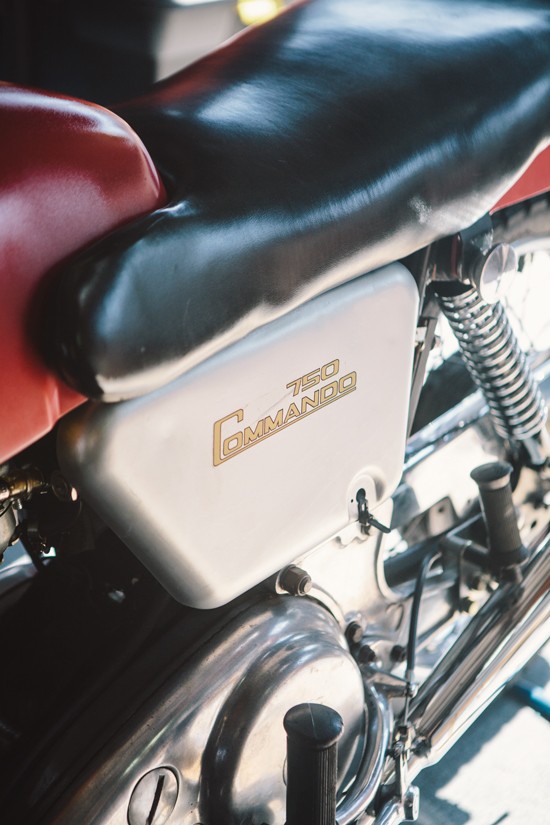 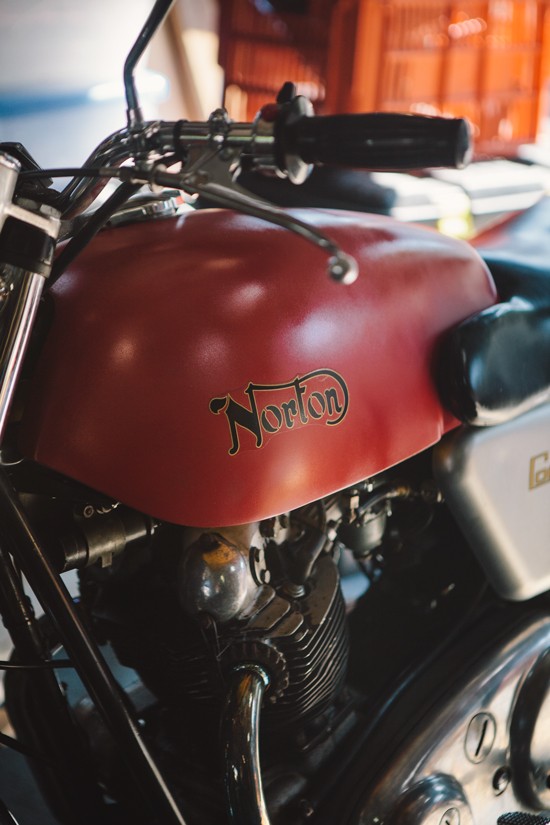