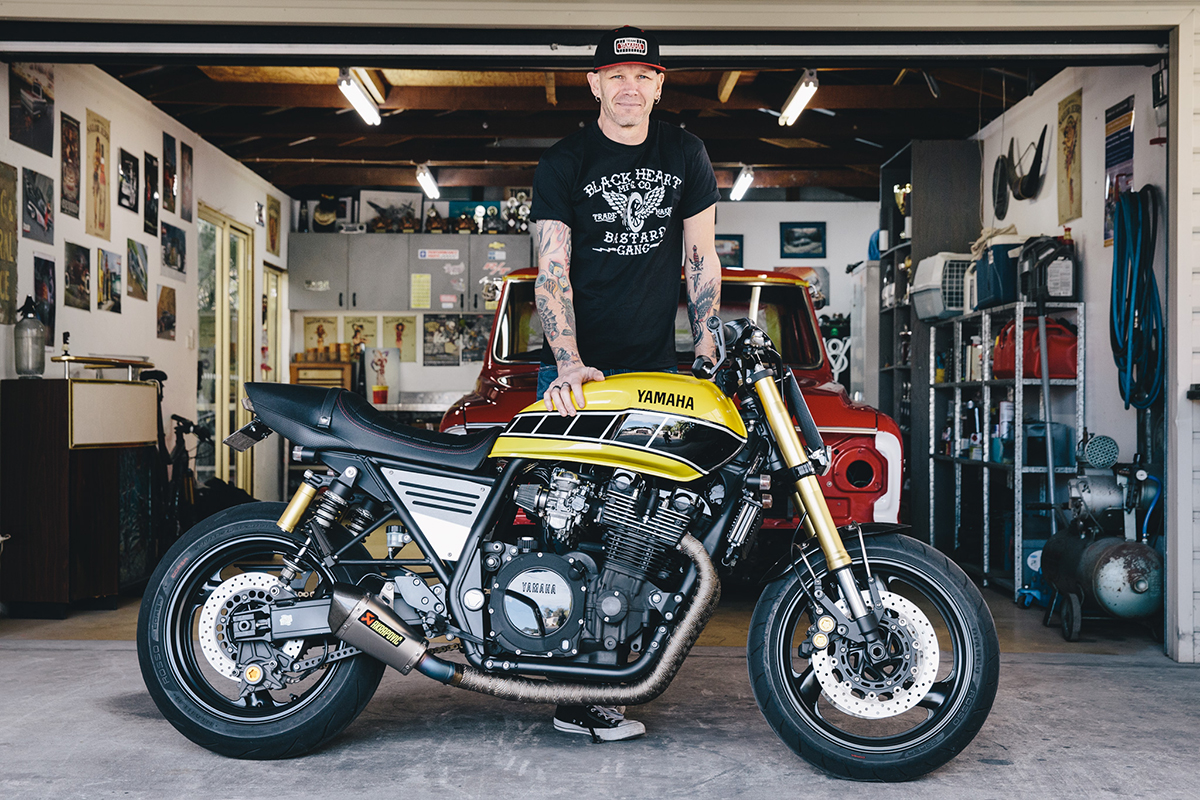 Immediately upon entering Harley’s garage, you’ll notice the wall of trophies. “That’s just the ones I like, the rest are in boxes somewhere”. Harley not only makes great bikes – but he can truly wring their necks and knows how to push these machines to their limits. 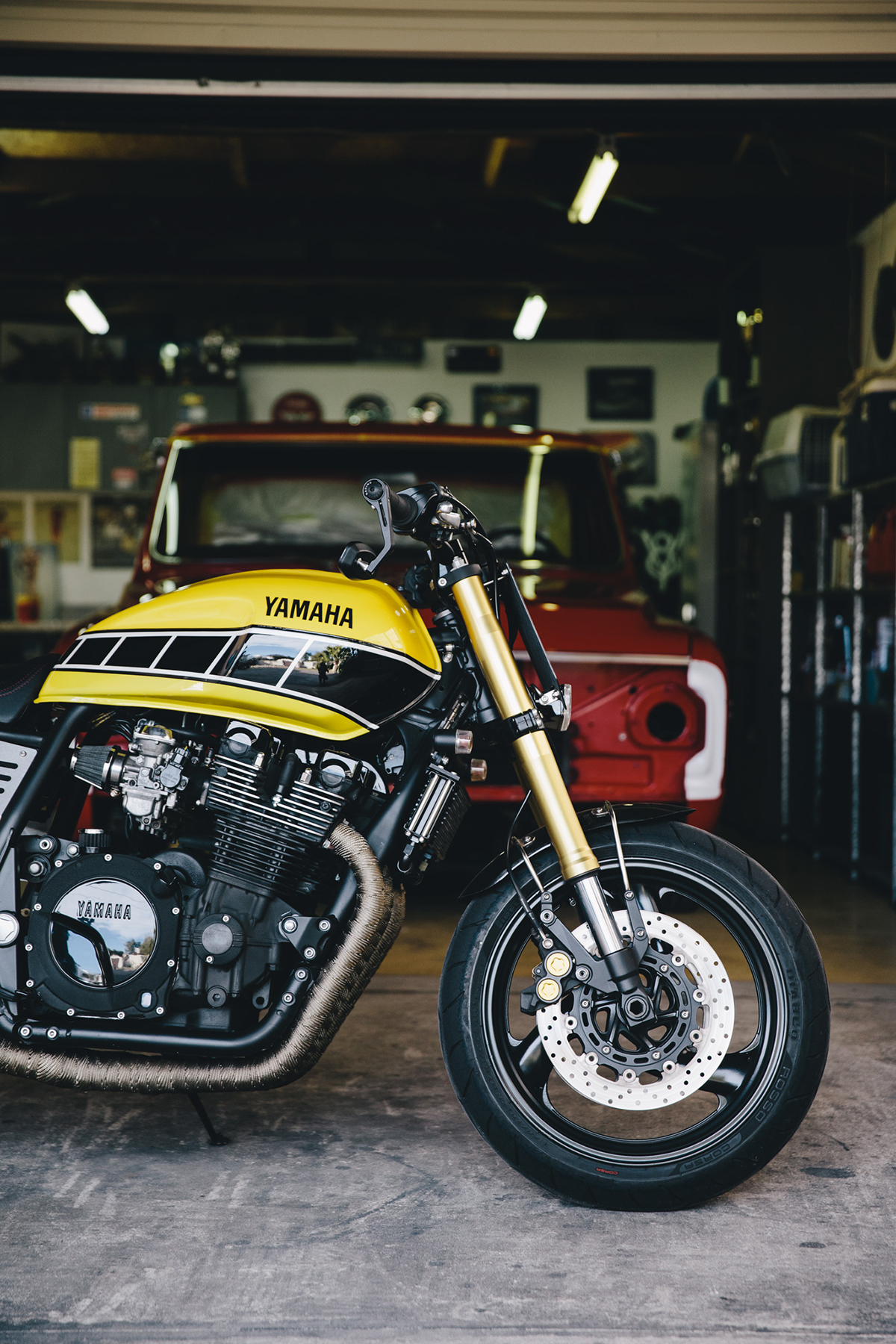 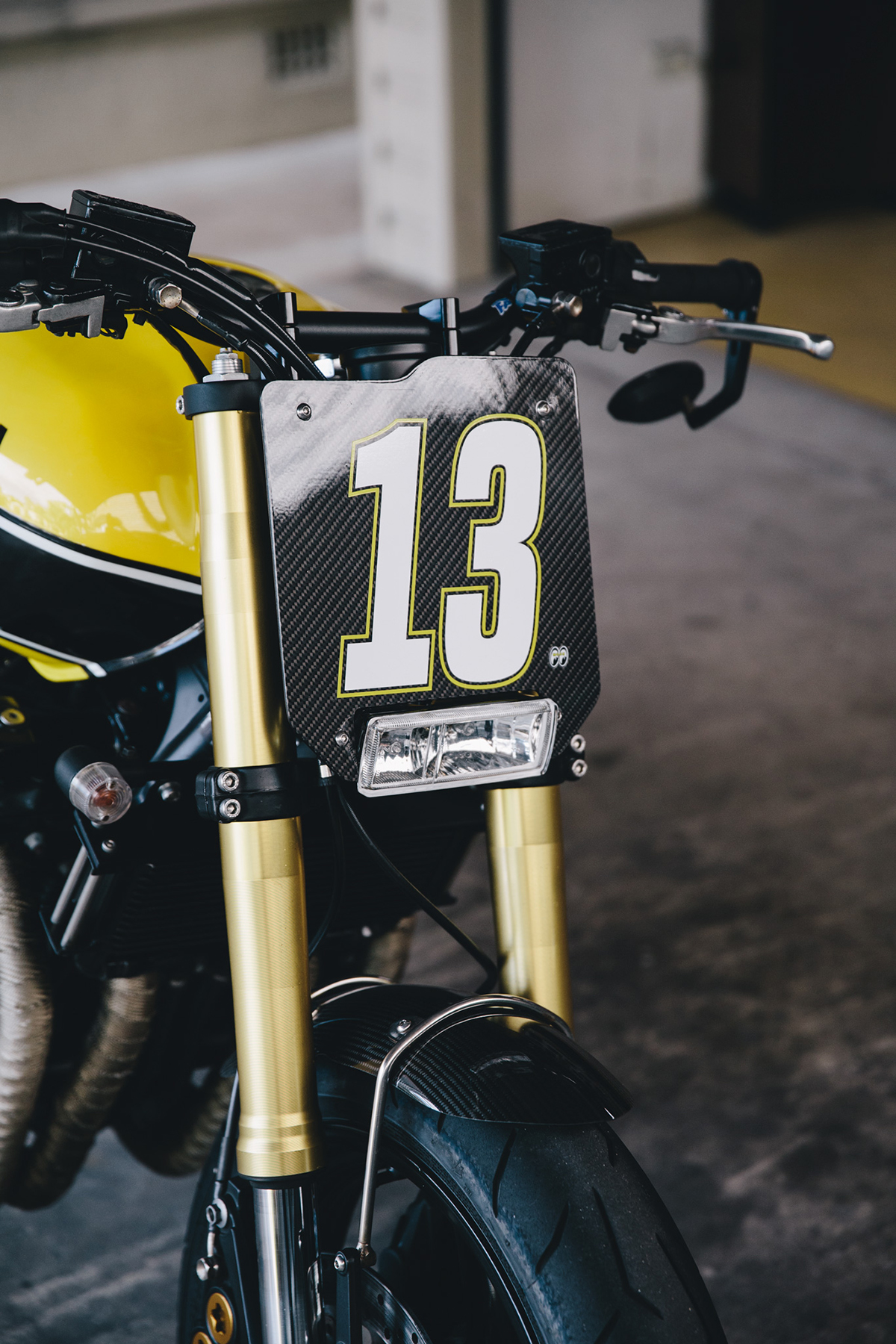 You’ll no doubt remember Harley and his XJR1300 Fat Tracker from months past – well the bike received a few changes in that time. This muscle racer now sports a Kenny Roberts inspired tank, new seat and a few other bits and pieces. Behind this bike however, none too conspicuously sits a red 1968 Chevrolet C10 that Harley is currently working on painting. “I picked up the Chev about two and a half years ago from a guy up in Hornsby. First time I looked at it, I was amazed at how good the body was, but mechanically speaking it was all wrong for me – so I left it. It’s not that the truck was a piece of shit; on the contrary, it had a big block that was worked off it’s face, and set up like a mean burnout/drag truck – but it would be no good to me as a daily driver/bike hauler.” 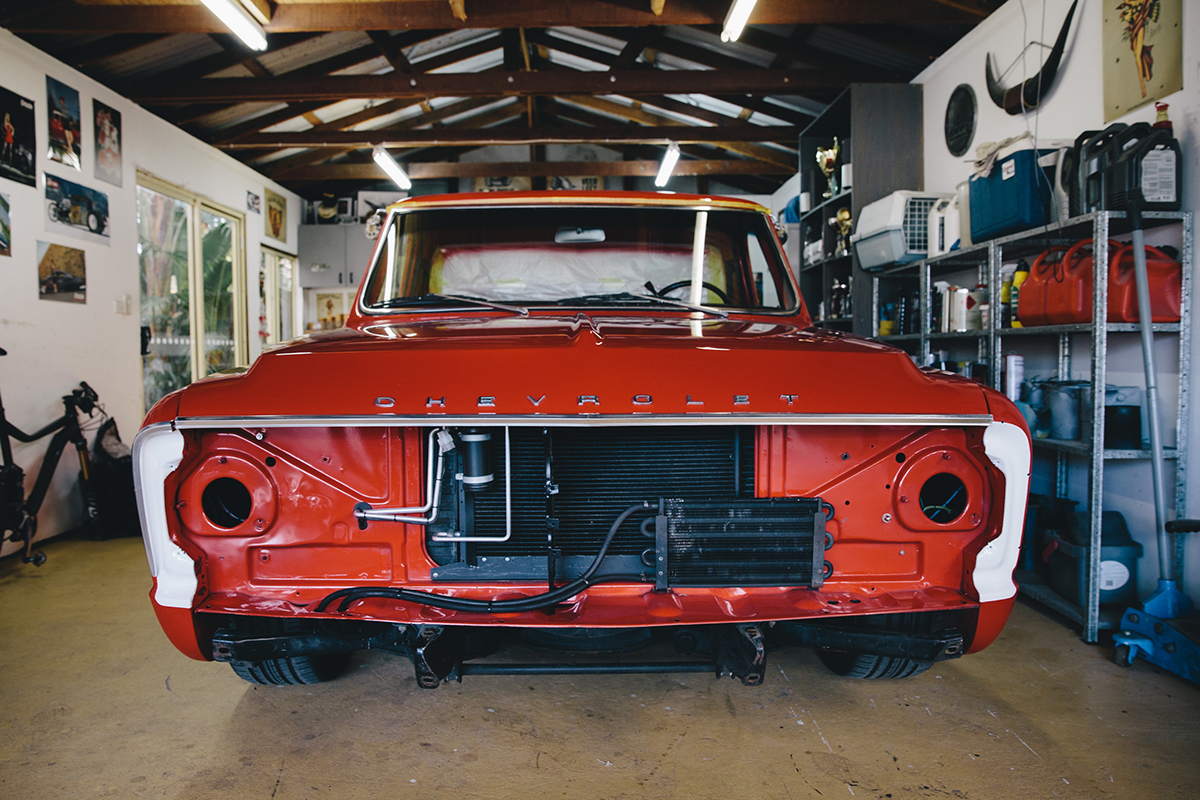 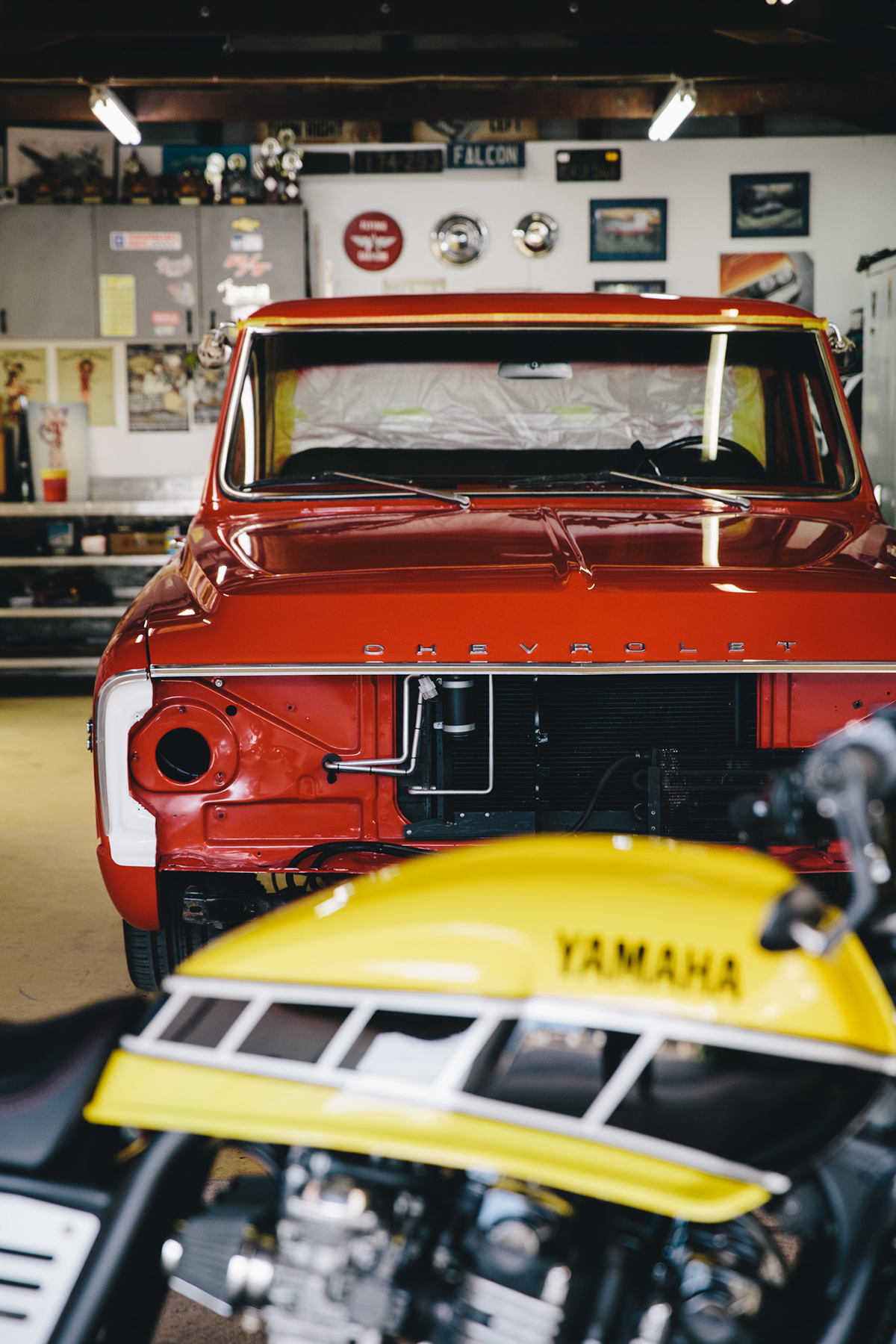 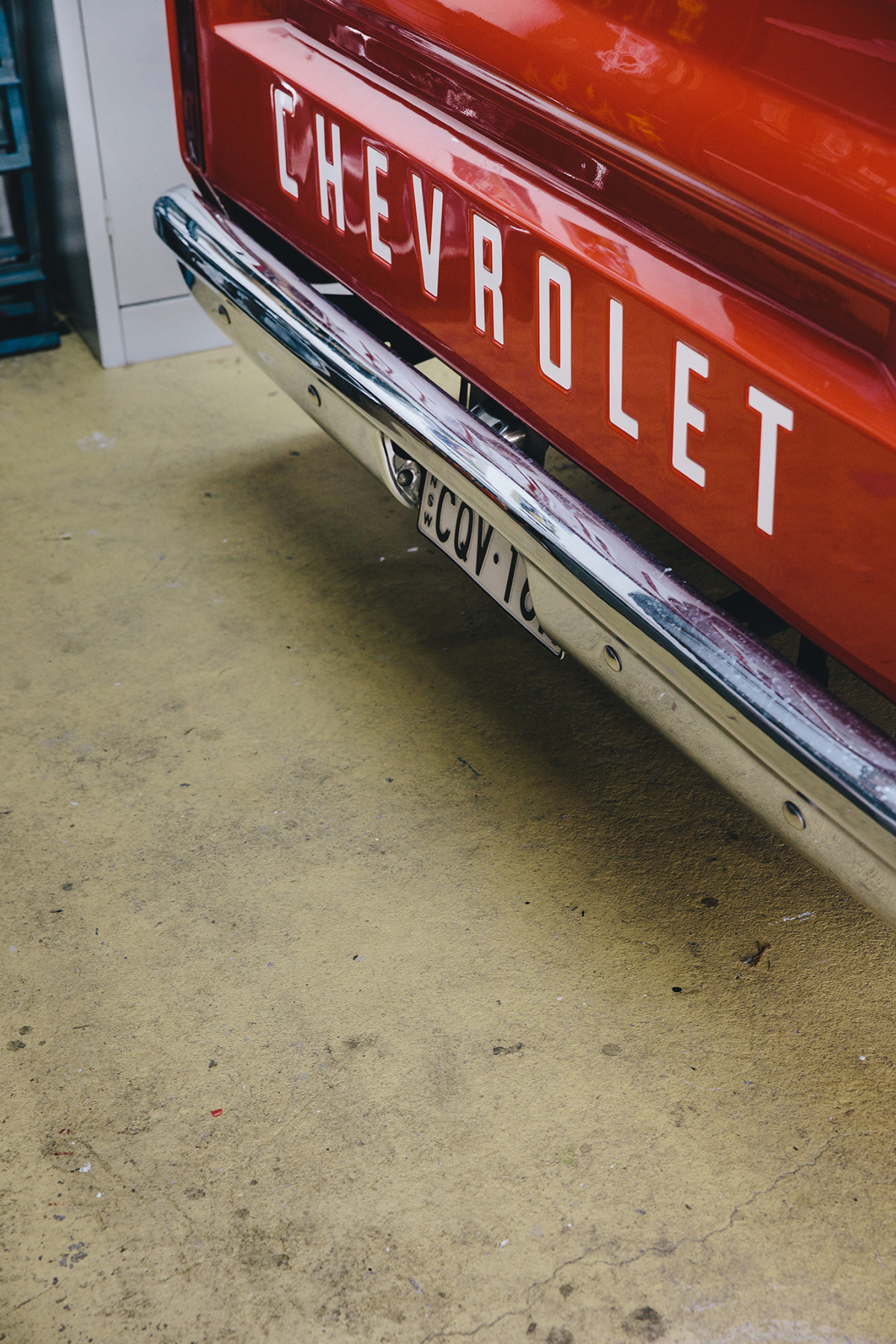 It wouldn’t be the last time Harley would see this truck of course, as the more he shopped around at other vehicles the more he thought about this ’68 Chev. “So after another month or two of shopping around, and being continually disappointed with the crap I saw, I called the owner back, negotiated the price down, and brought it home. The engine, gearbox, wheels, suspension and brakes were all ripped straight out and sold off on eBay; and I got good money for it all. I then was able to buy the engine, gearbox, and all the other bits that I wanted in it to make it a solid, reliable and comfy daily hack. This was now a truck that that looked, drove and sat the way I wanted it to. After a few months work I ended up with the perfect truck for me – and with a bit of cash left over!

At the moment, I’m doing a small rust repair around the rear screen, so I need to repaint the roof, and I’ve got the front clip off it, to give it a bit of a facelift, repainting it white to match the original paint scheme it left the factory with 48 years ago.” 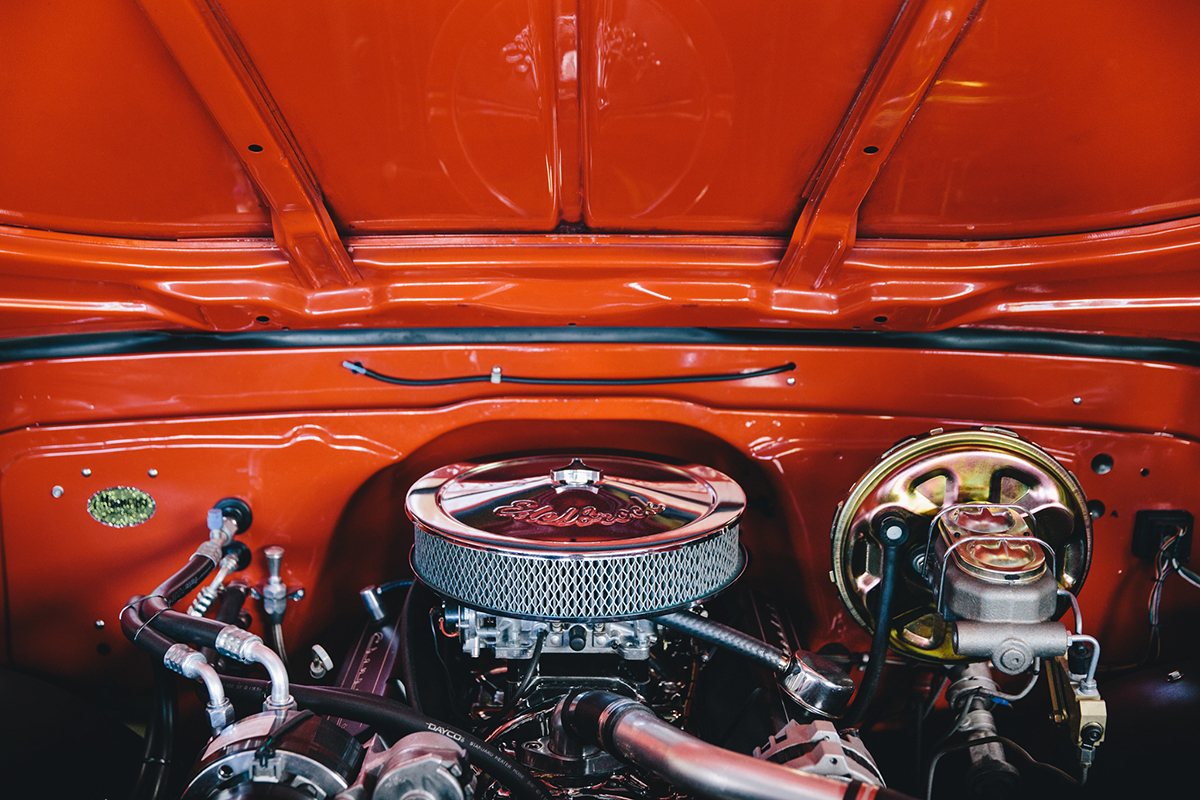 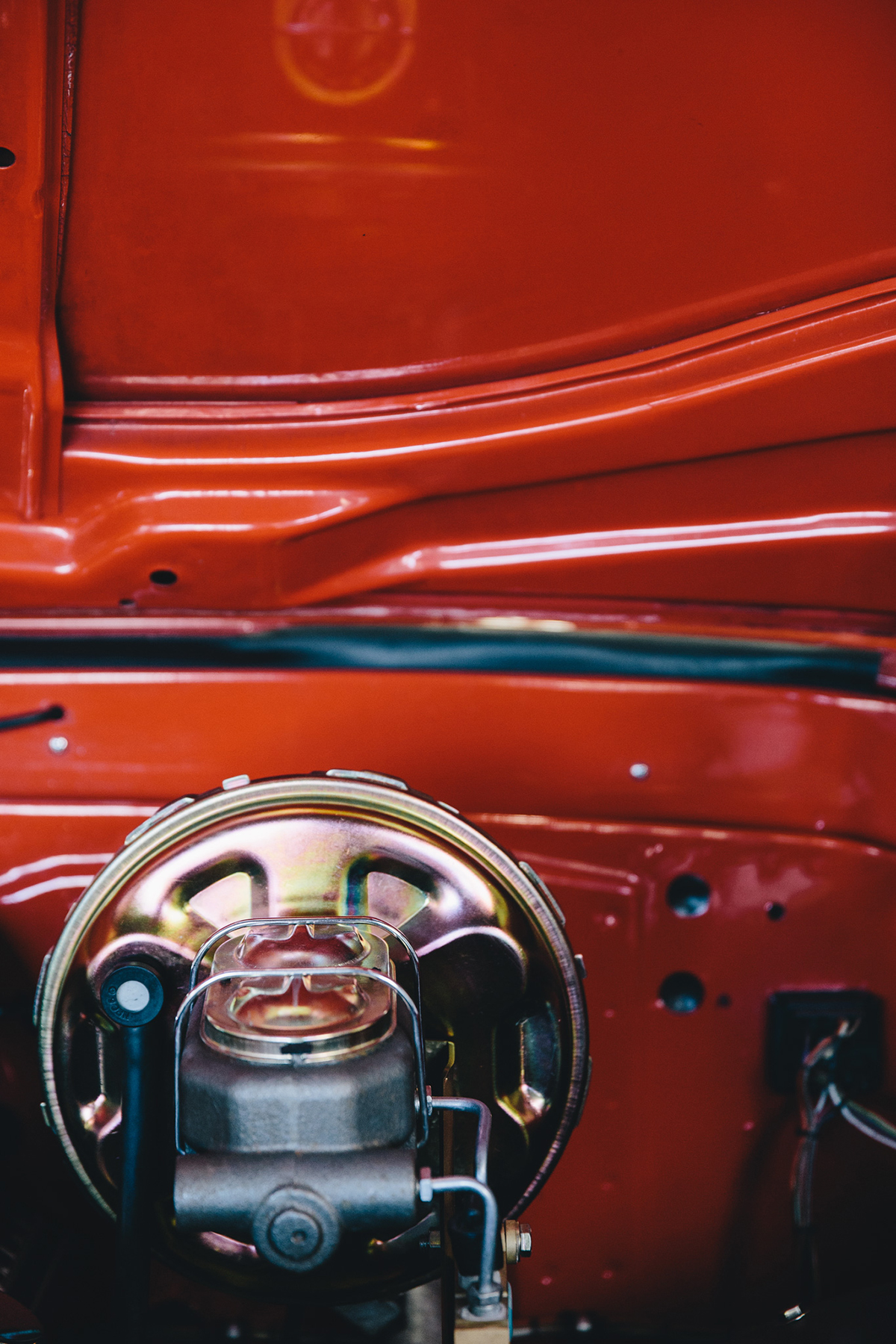 And now to go back to the ridiculous collection of trophies we mentioned earlier. Starting in 2000, Harley won his first trophy as a D grader in late 2001. “ I only keep out the good trophies, the ones that mean something to me. They might remind me of a great weekend, or a win that I never thought I could get. The class I was in back then was huge and fiercely competitive, so I learned racecraft the hard way. I got my start in racing from working at RB Racing. We had a Honda CB 400 lying around doing nothing, so we set it up as a race bike. As a mechanic, we thought I could learn more, and relate to customers better if I was out on the track as well, to get a better feel of what they needed. I never expected to go well, let alone become an A grader, I just wanted to be a better race engineer.  As it turns out, the two skills feed off each other, the more you learn as a technician, the more faith you have in your machine to ride it well, and the better you ride, the more feel you have to set up a bike.” 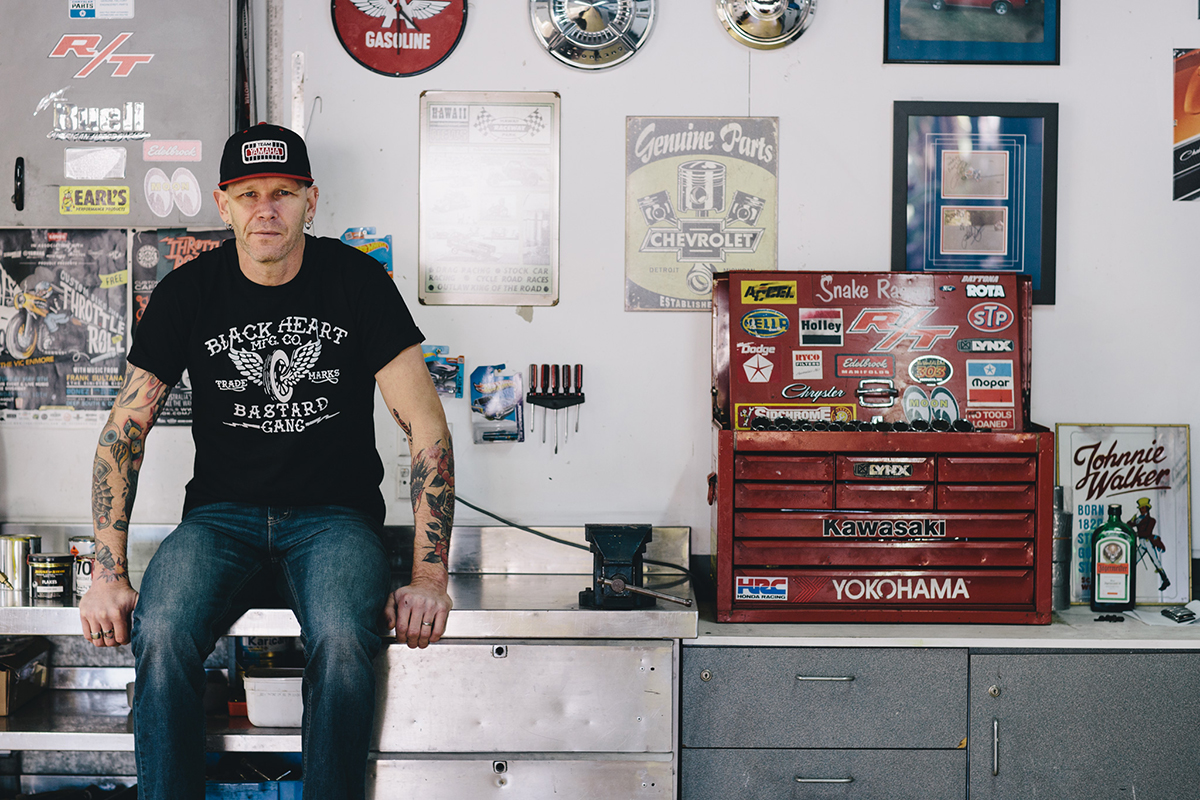 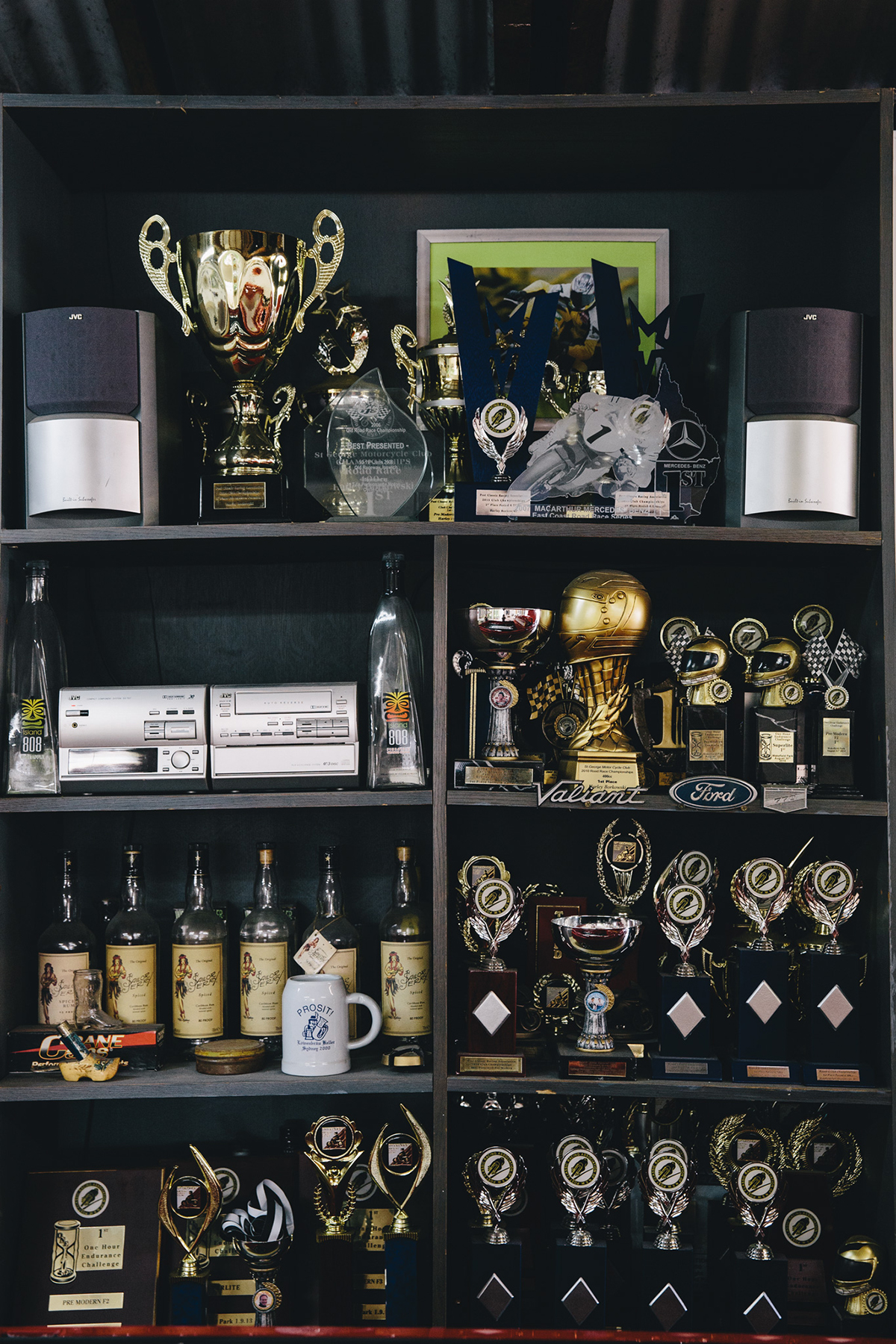 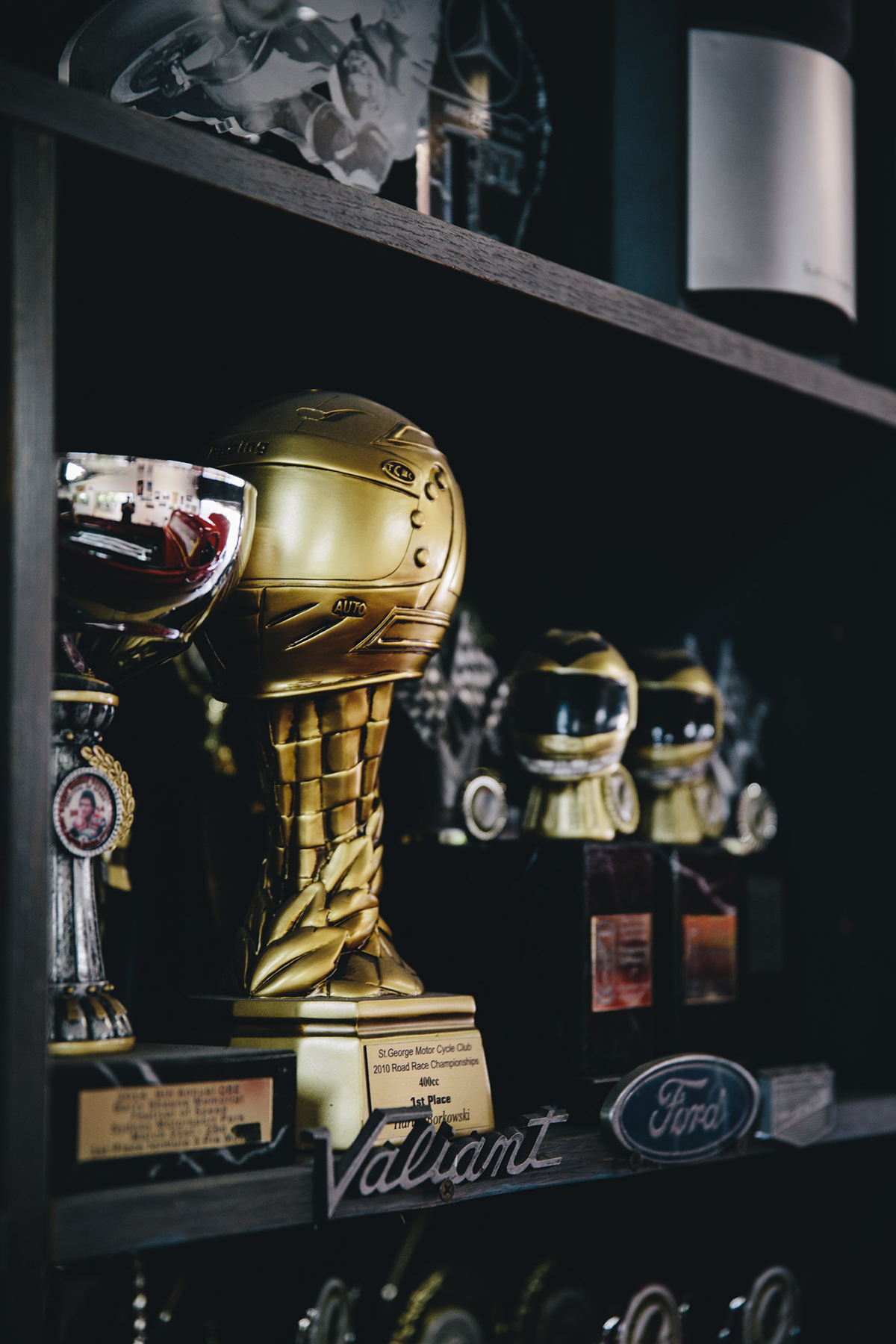 Despite his passion and skill with motorcycles both on the track and in the workshop, Harley is able to separate the more “worky” side of his life and add some variety into his home space by concentrating more on paintwork. When his bikes need work, he can easily access the tools and things he needs in the workshop at RB Racing. At home however, it’s more about the cars and trucks. “I used to build heaps of model cars and bikes when I was young, and wanted to be a spray painter. I ended up as a mechanic, but have always had the passion for paint as well. I started out painting my race bike, ‘cause lets face it – it gets crashed a few times a year, so this would be a good way to save money.” 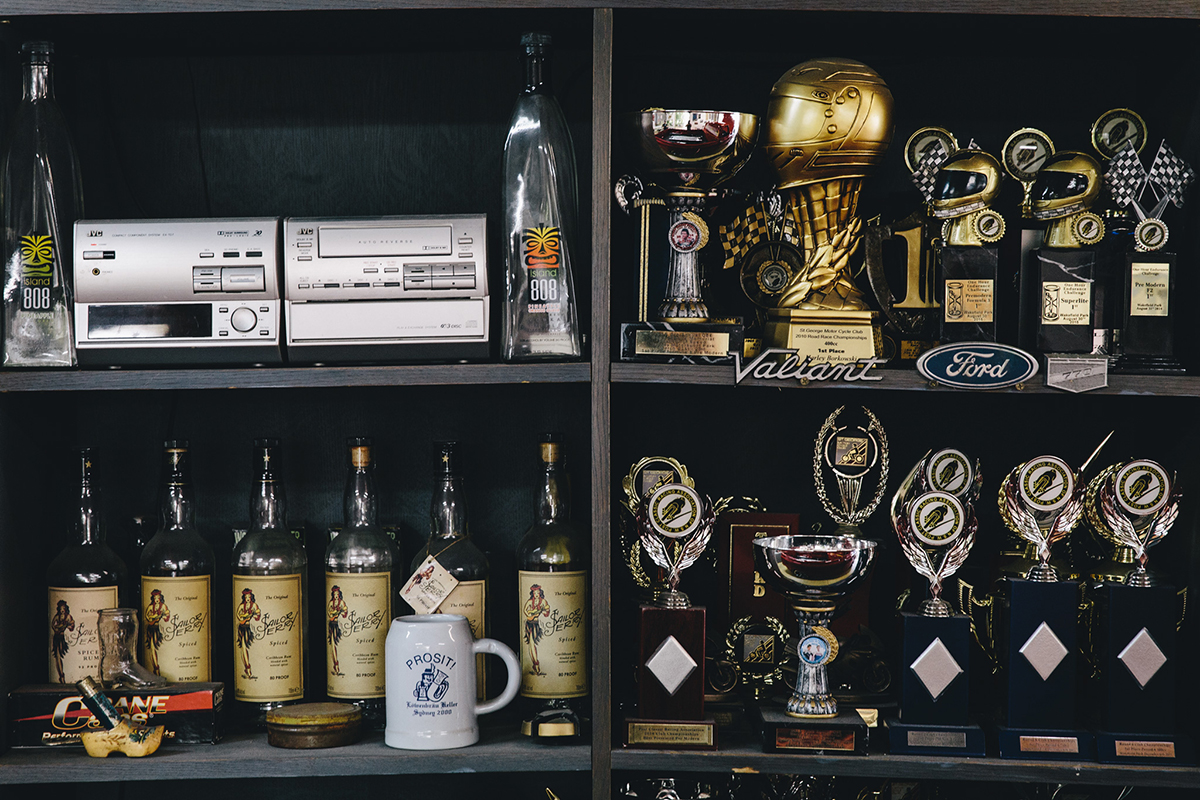 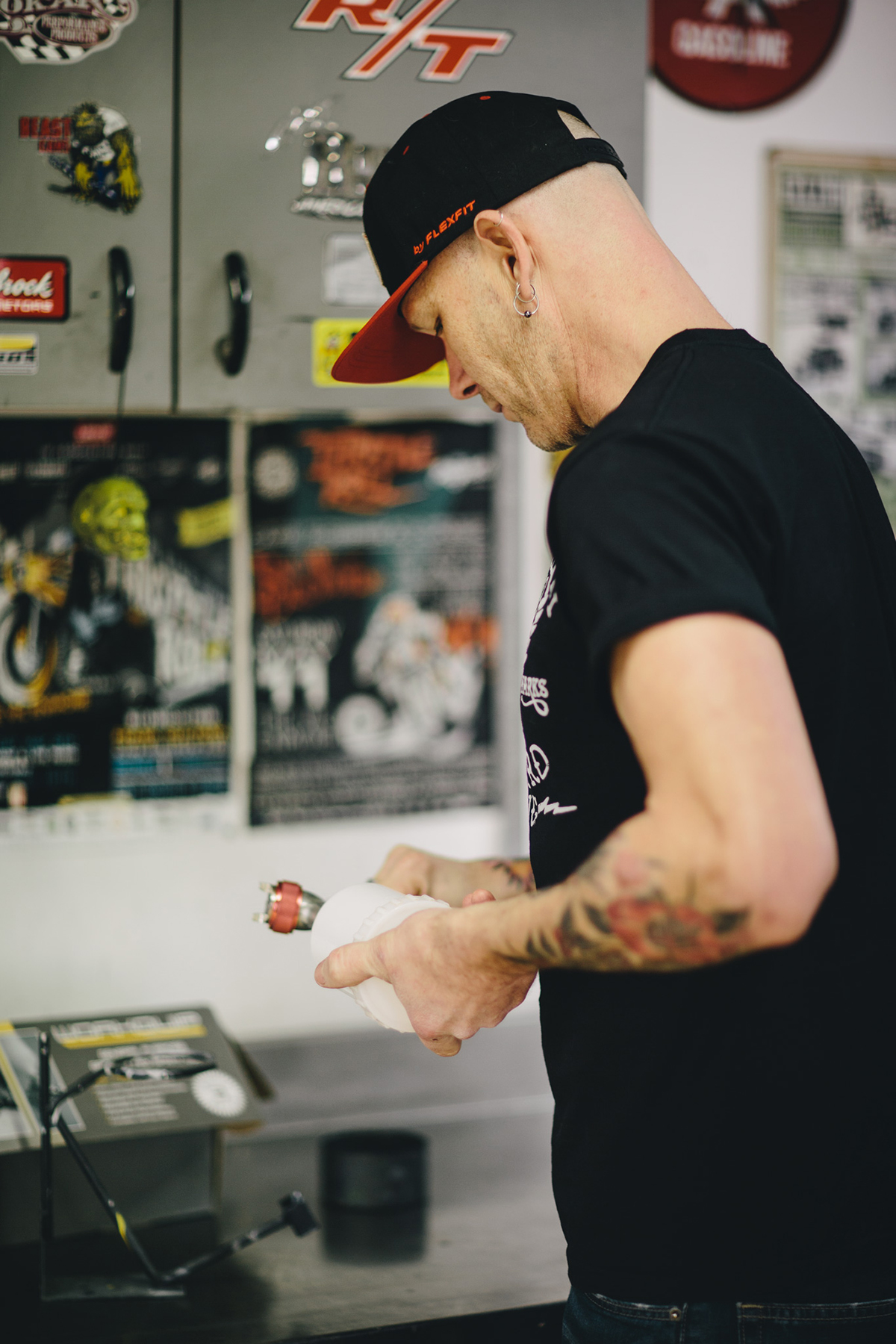 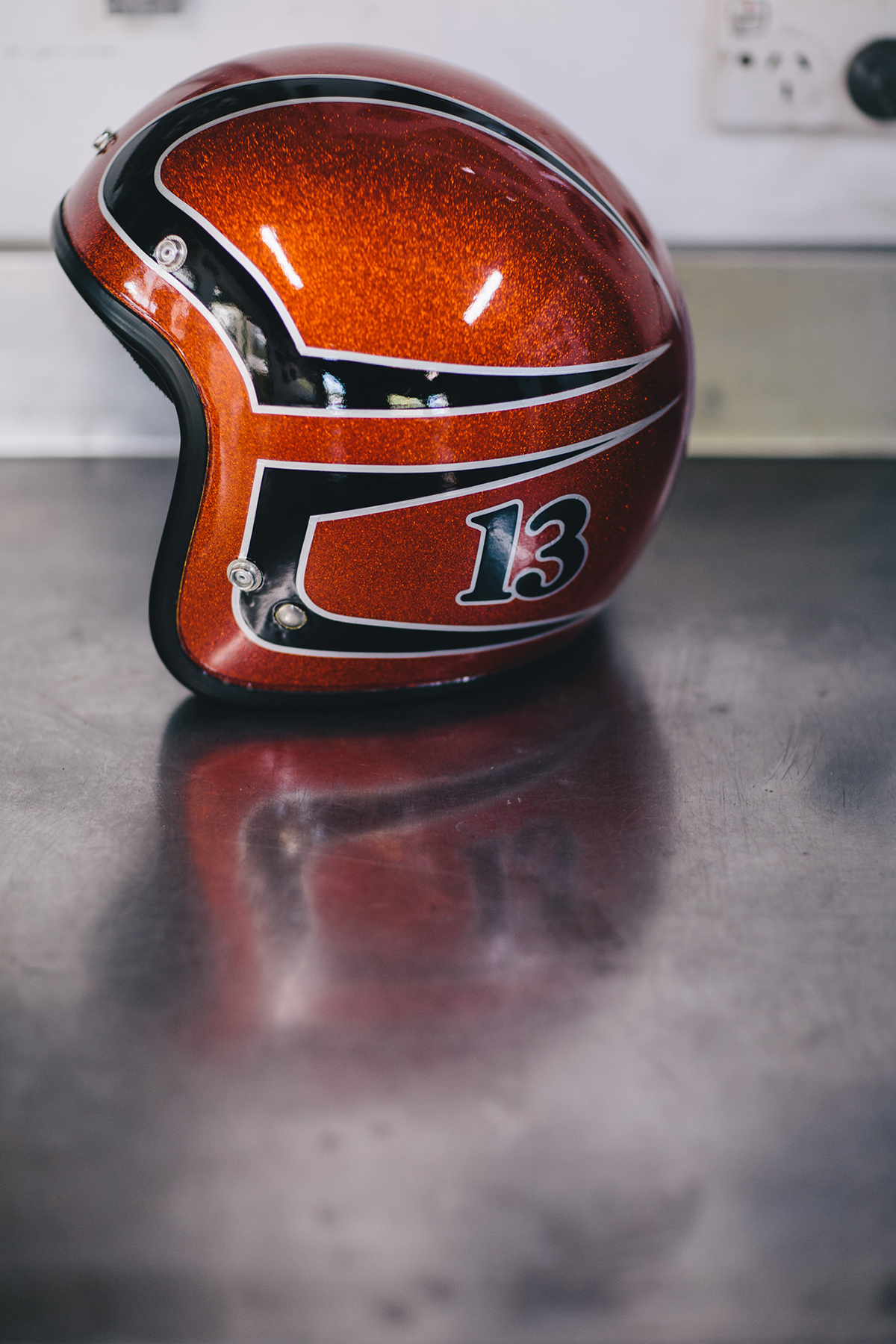 Like most things, the more Harley practiced the paintwork, the better he got at it. Soon he’d be painting for other racers while also adding his work to motorcycle tanks and custom builds. “The stuff I get to do is way more interesting on a custom, and the results are appreciated much more than on a race bike that the owner knows he’s going to drill into the bitumen sooner or later.” 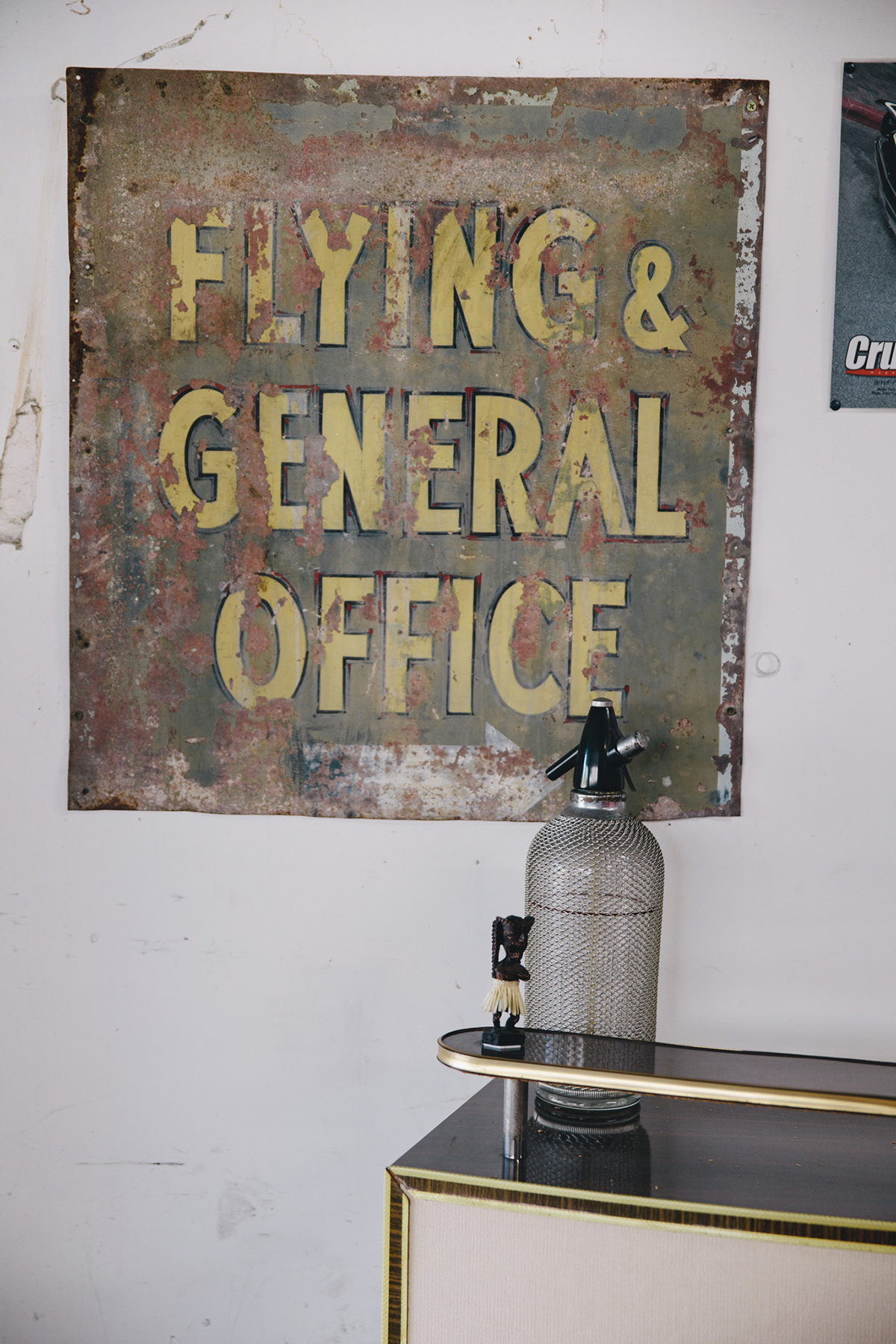 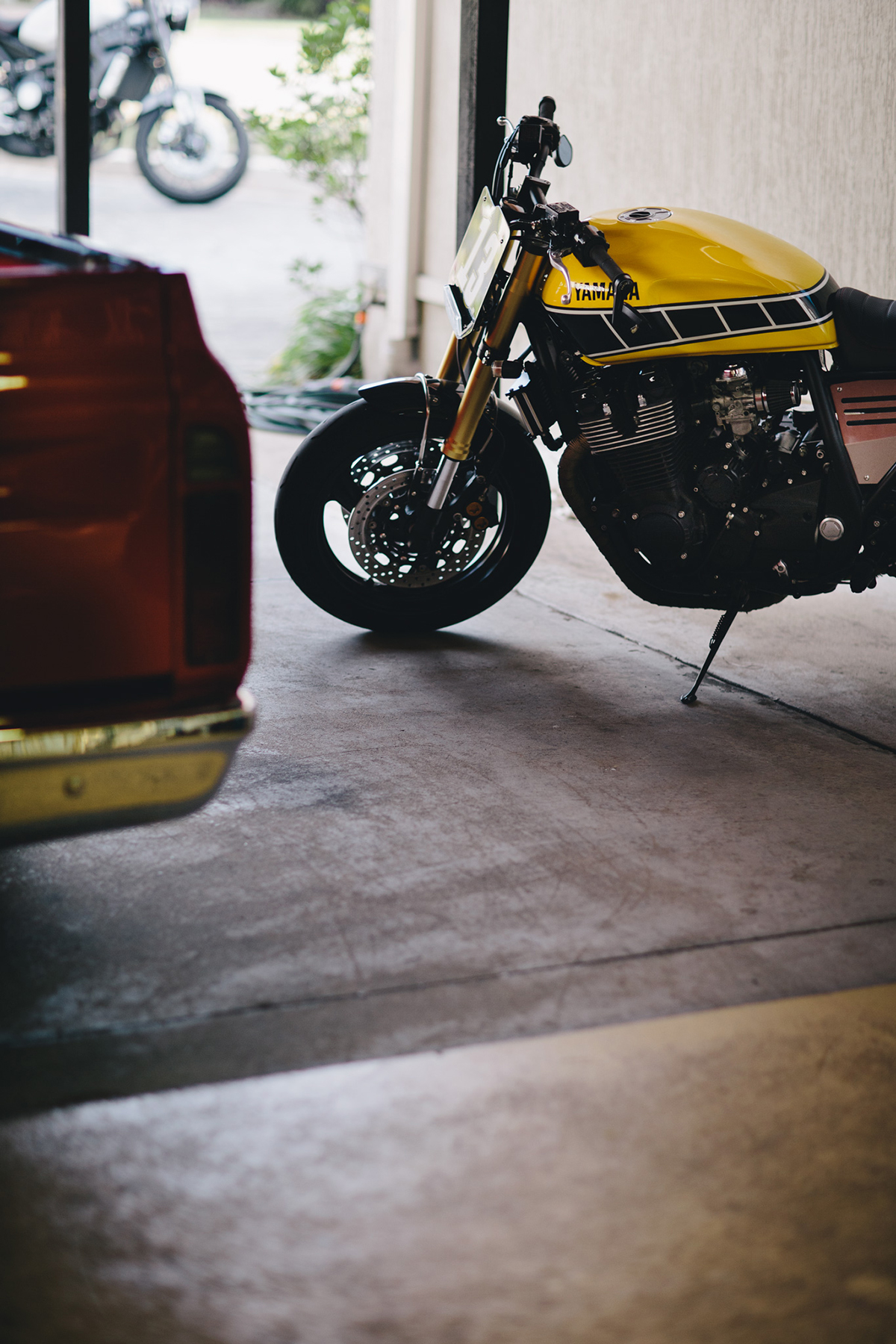 Sitting still is not in Harley’s repertoire, so you’ll often find him in his garage either completing a project – or creating a new one. “Having an old truck, there’s always something that needs to be done. Whether it’s maintenance or an improvement. They XJR is on its third makeover in two years, so you get the idea.”

“At the moment, I actually don’t have any projects in the pipeline. The truck is finished – for the most part – although there’s always the lingering idea that I’ll fit an LS injected Chev V8 to it one day, and I want to get in and do something cool with the interior. The XJR is fine as well, until I decide that it’s not, then it’s another redo, or maybe move it on for another build, but we’ll see how that goes. I really do love riding it, so its replacement would have to be something special.” 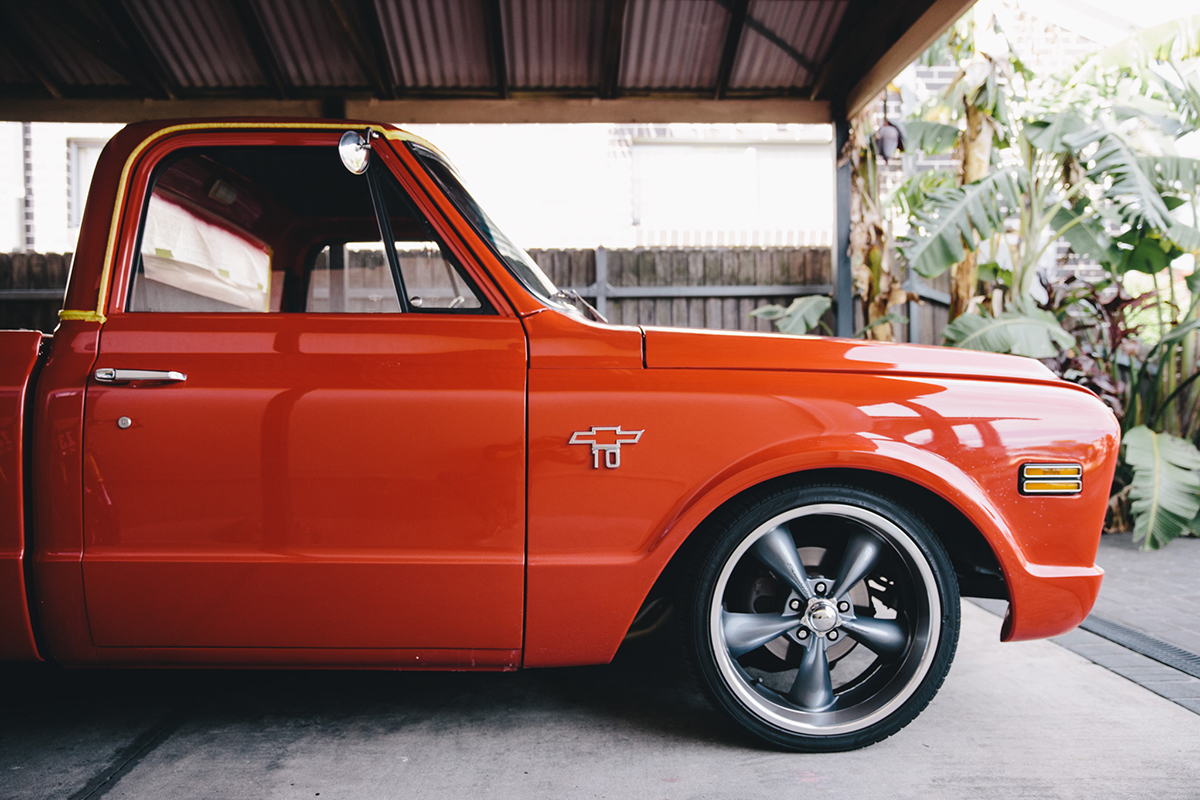 The Chevy and the XJR aren’t the only beasts that dwell in this domain. Diesel the Malamute saunters about the place while Harley works away, making sure everything is in order. “Diesel came into our lives in April last year. Rescue animals have always been our thing in my family, we also have two rescue cats, and a mini fox terrier. We got him from a shelter after we found out he had been homeless for almost a year. He’s an older dog, he just turned 11, and they don’t get saved very often, but when we met him, he seemed cool, and he’s full of energy. When we got him home he took a while before he would trust anyone, he busted out and ran a few times. Now he’s settled in and seems to love it here, but he’s a cheeky bastard. He steals food, and toilet paper rolls for some reason, howls every time he hears a siren or an alarm, and is fairly disobedient, even thought he’s really intelligent. He’s great fun to take out in the truck. He rides in the front with me, and loves getting his head out the window, so you can imagine how that looks to other drivers, considering most of them don’t realise it’s left hand drive, and his big head is hanging out what looks like the drivers window.” 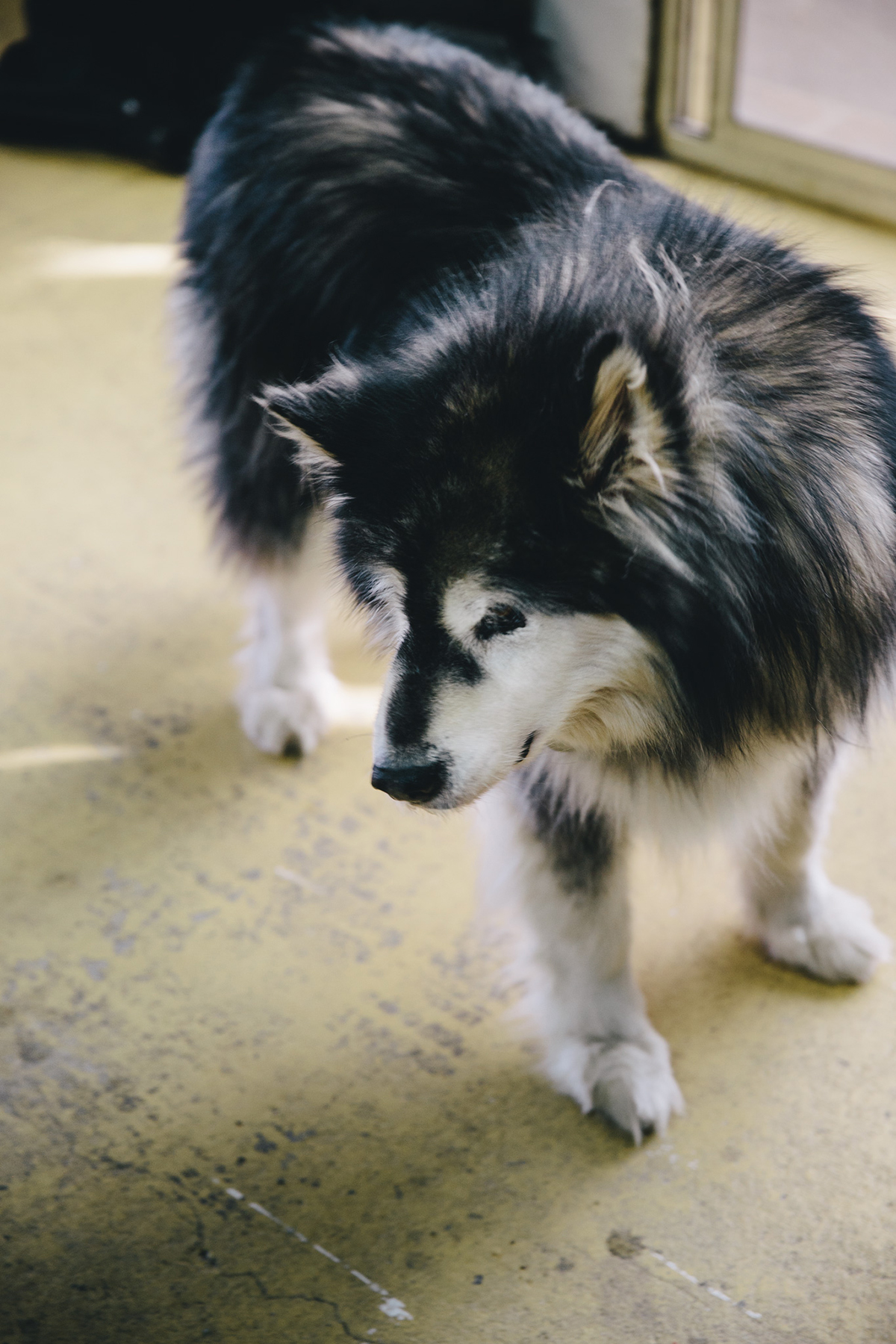 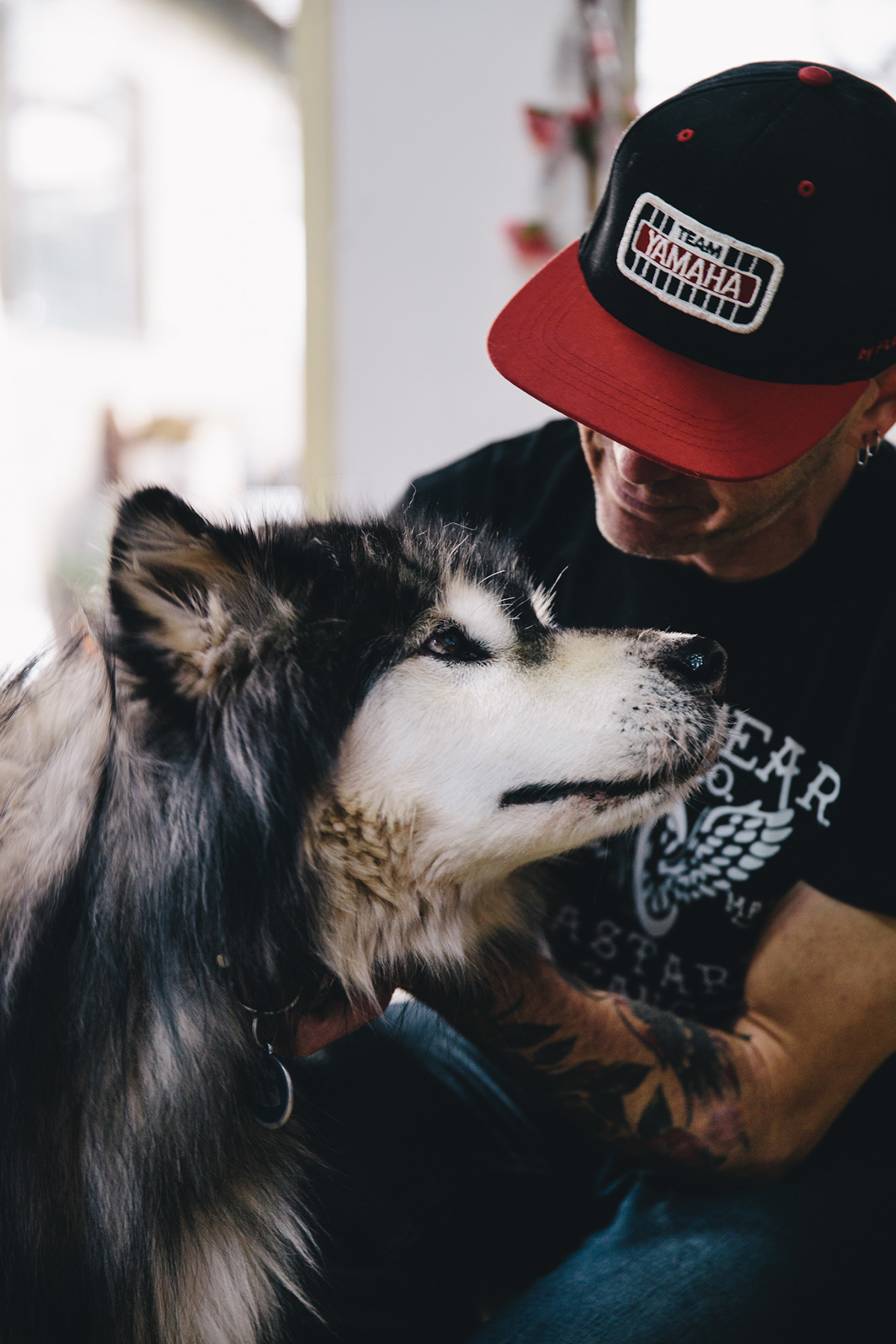 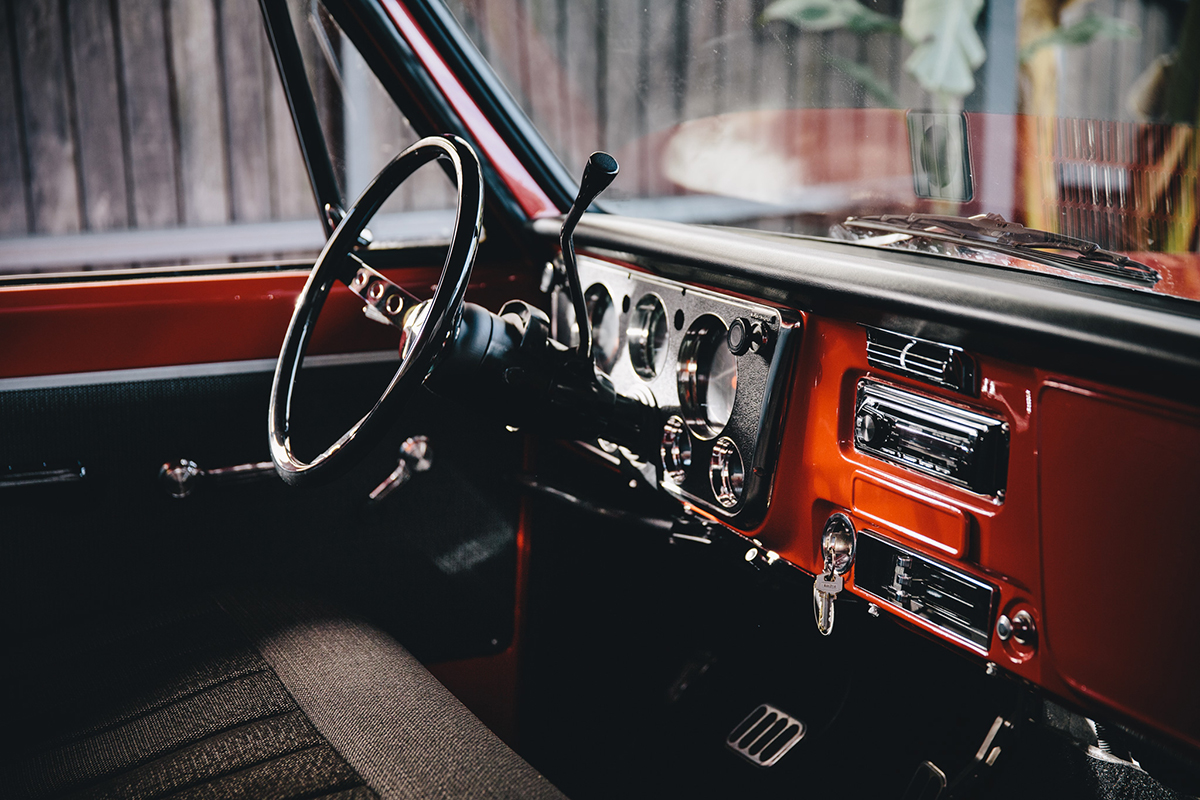 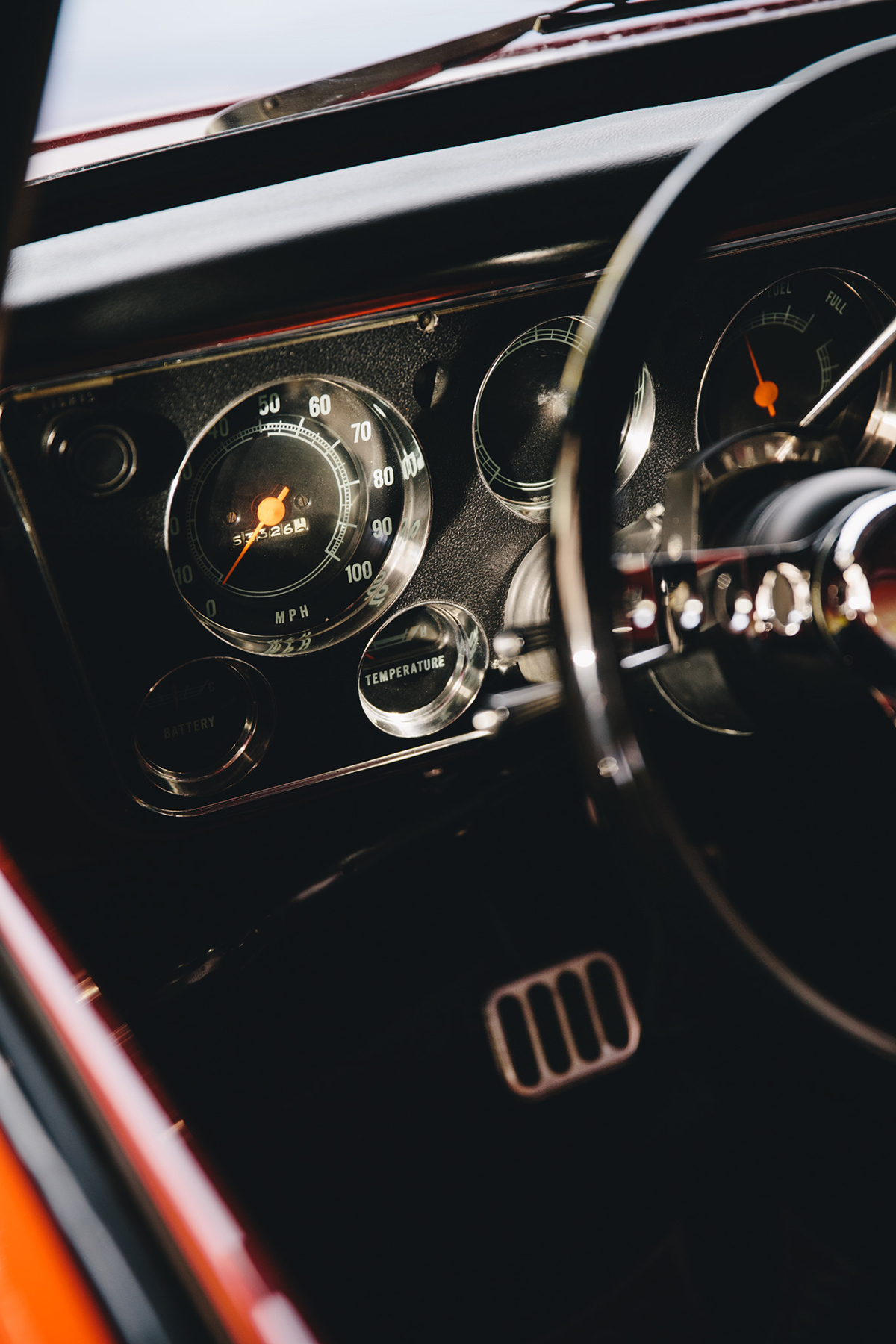 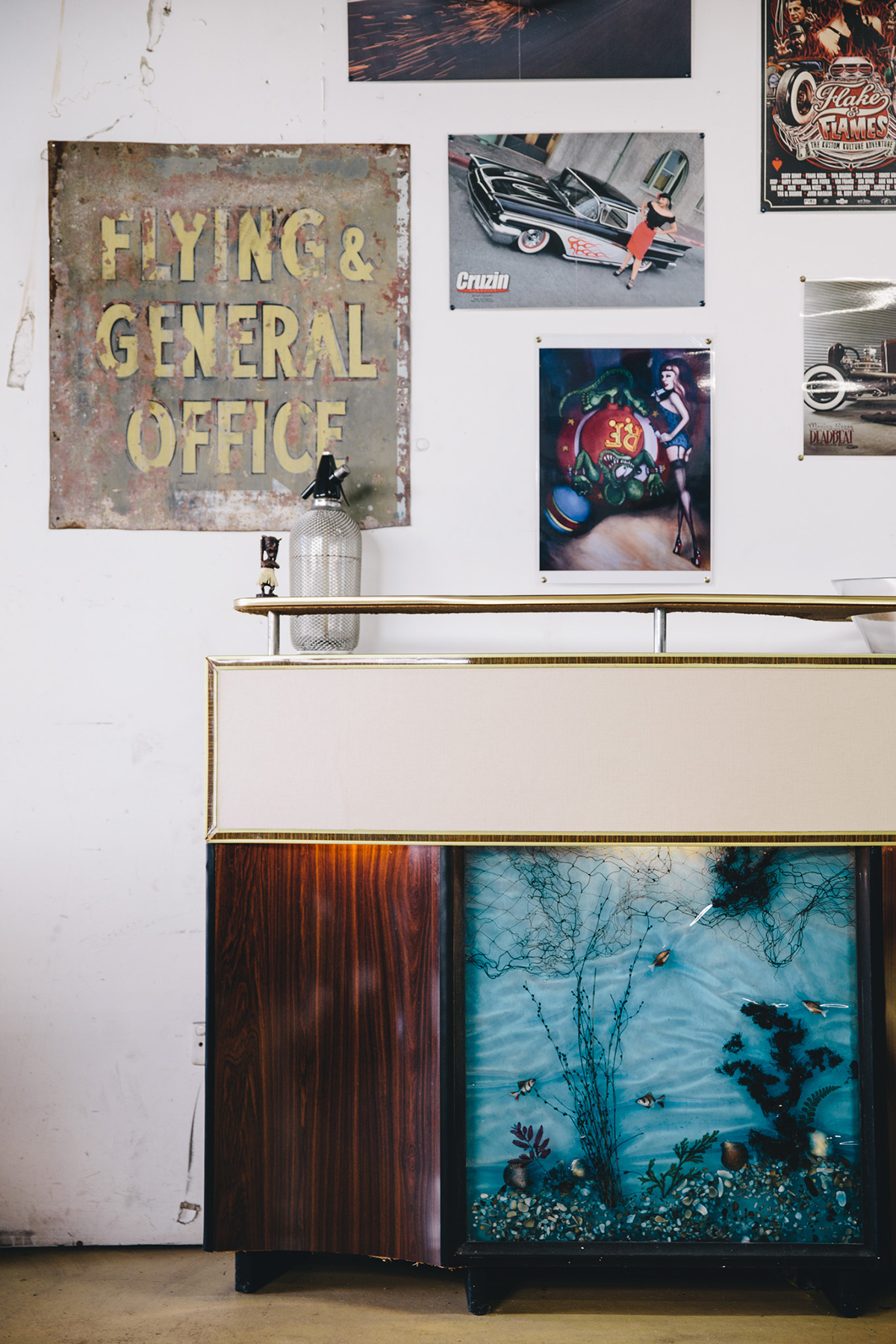 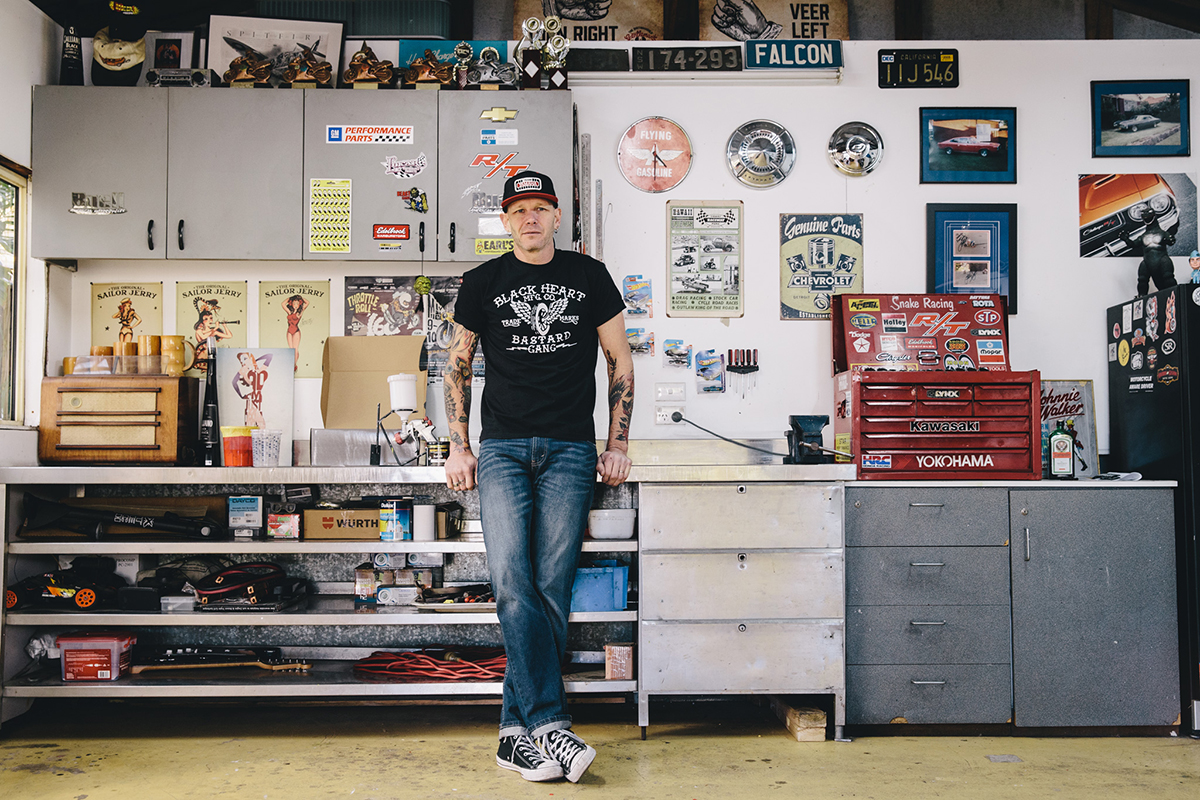