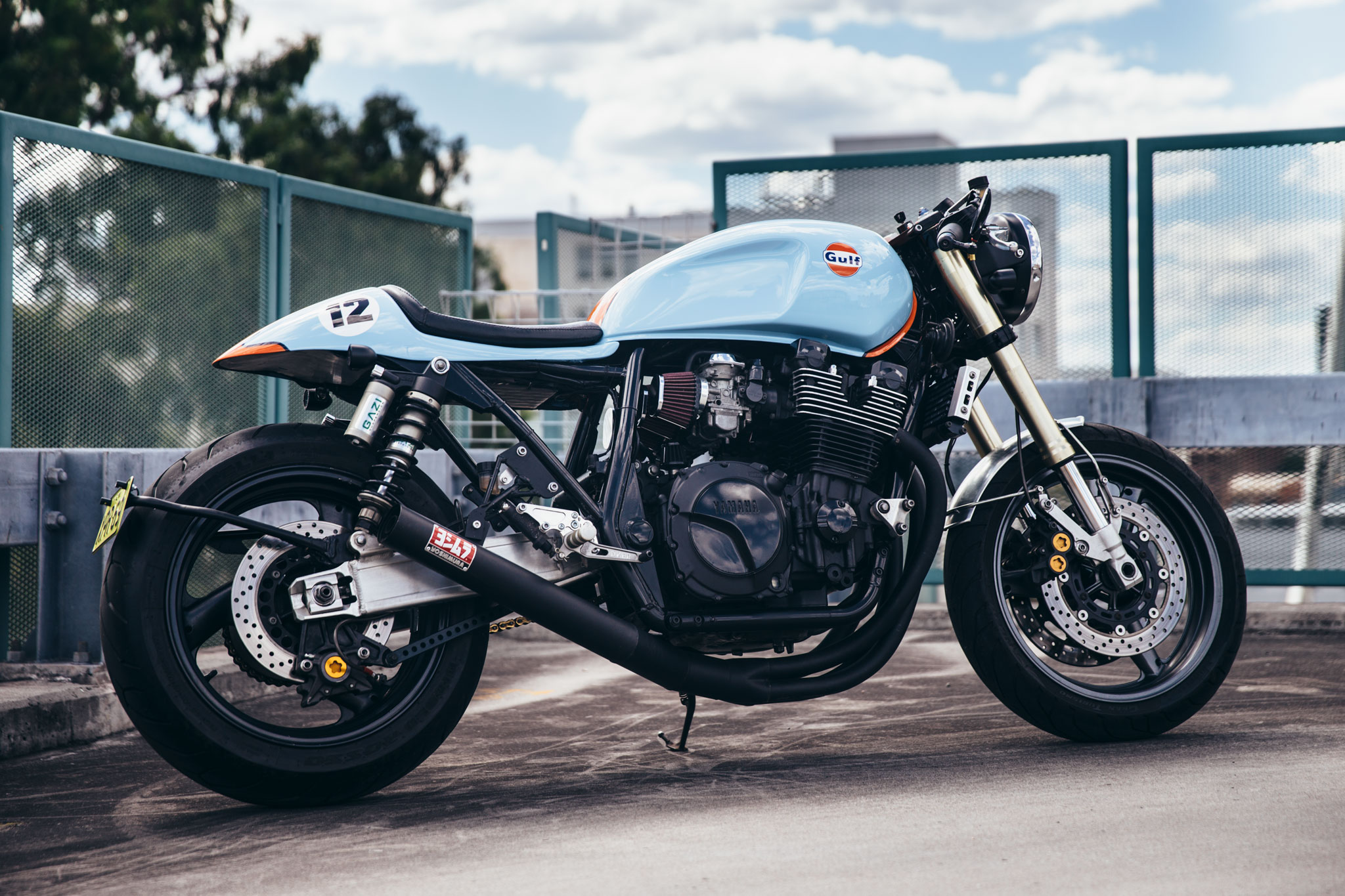 With his ’81 Honda CB900F away being restored, Haydn needed another set of wheels to keep him on the road, and sane (well, somewhat). So it would be a 1995 Yamaha XJR1200 that would join his family, and in turn, receive a tonne of work for itself. 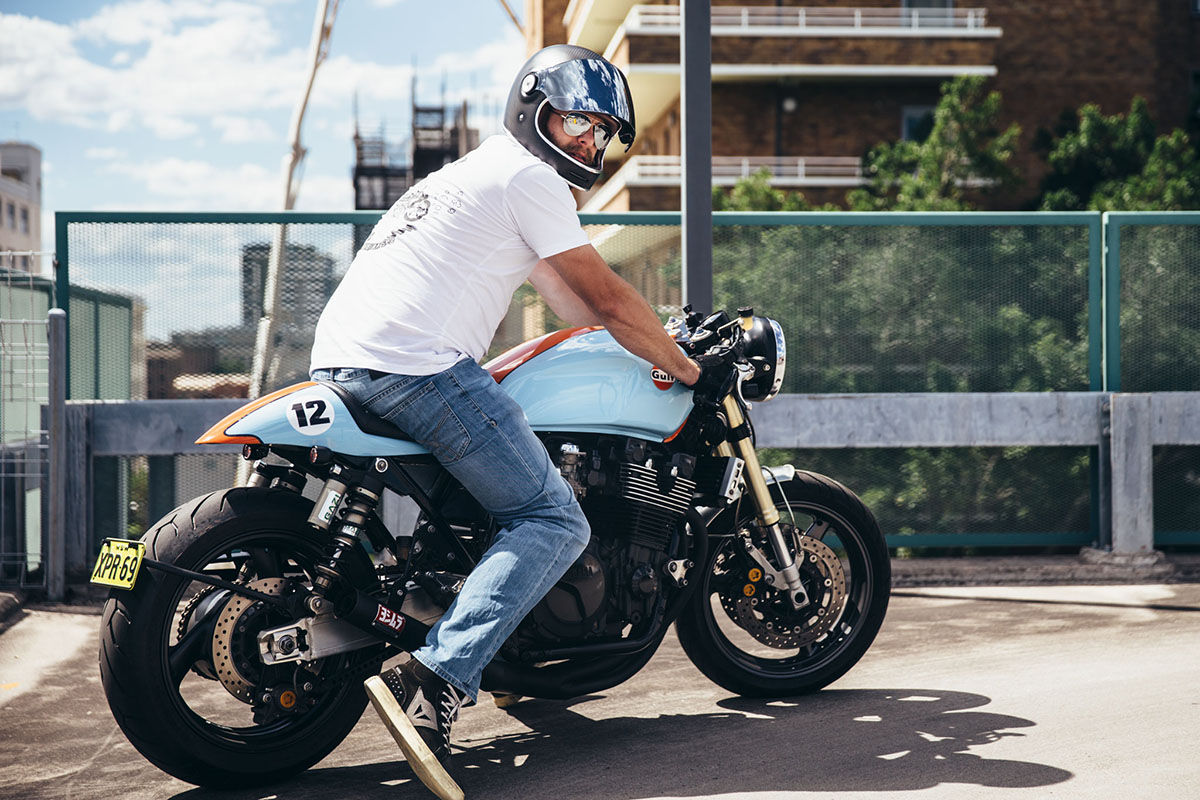 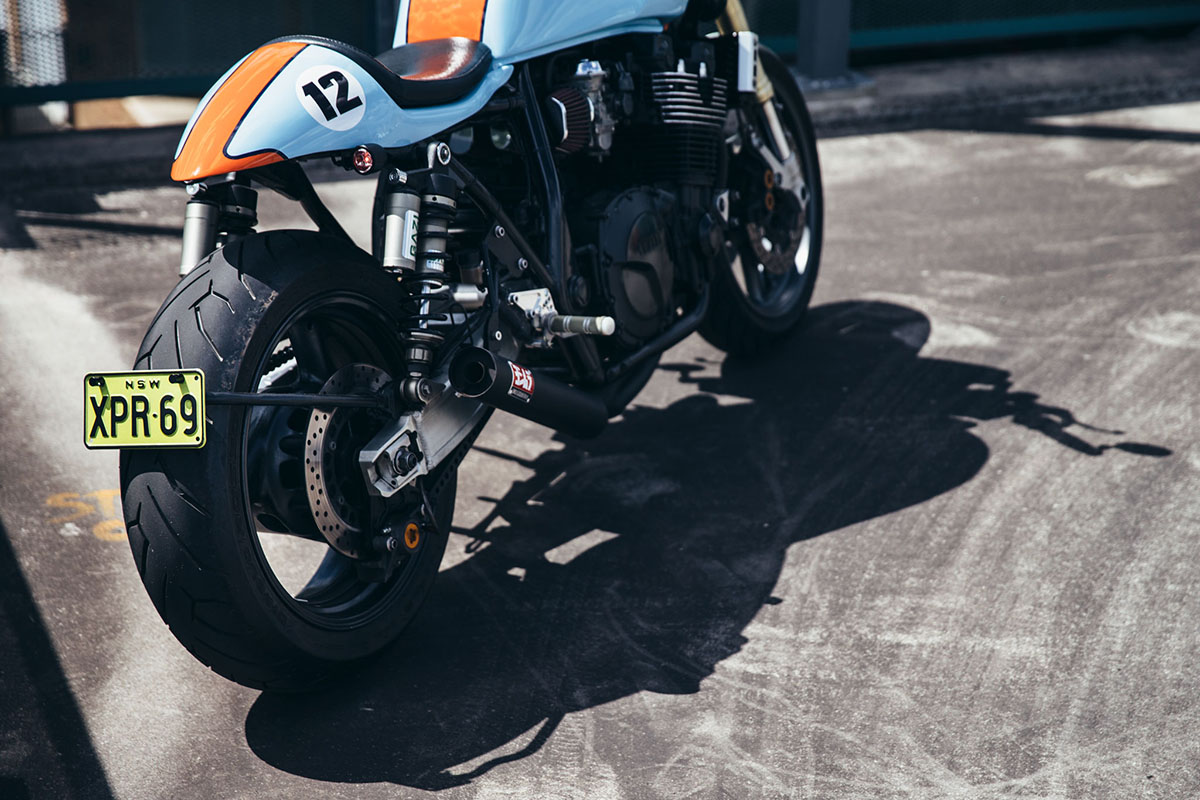 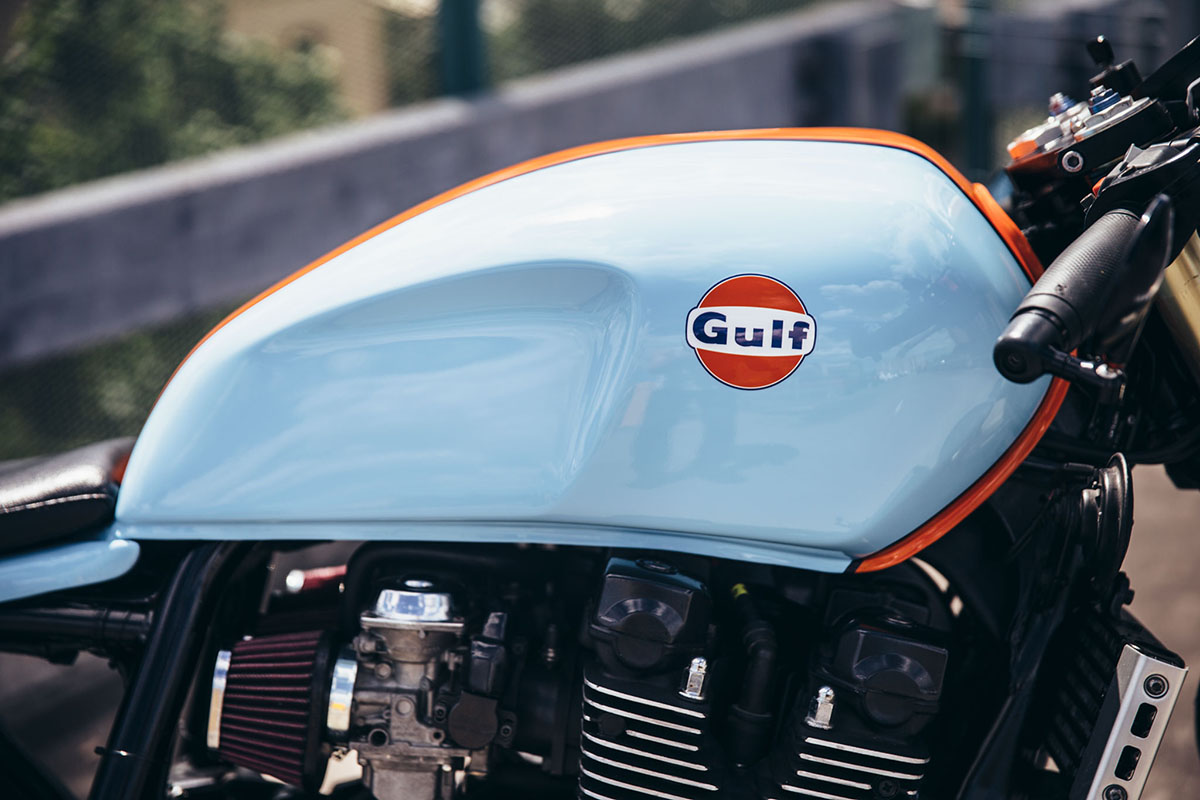 When asked “Why the XJR1200?” Haydn kindly responded “Because I’m a fat cunt and needed a large capacity bike so that I could make it up hills.” Fair enough, a man’s gotta move. Haydn’s been a big fan of the UJM format bikes, and thus stuck with what he knew and sorted himself an XJR 2 years ago. “The bloke who owned the bike had it since brand new. He was devastated when I rode away, he only sold it to me because he couldn’t ride anymore due to a knee reconstruction. I had no intentions to modify the bike, but as usual one thing sort of led to another. I wonder what the old bloke would say if he saw it now…” 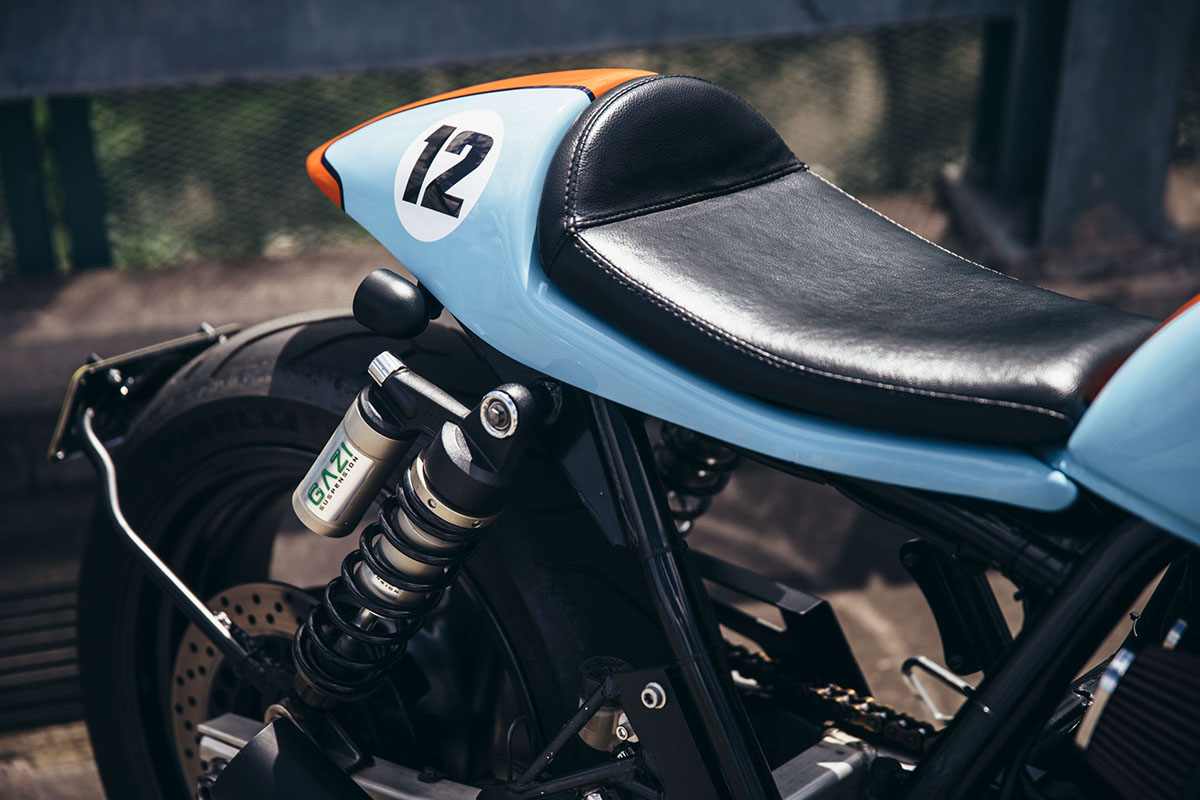 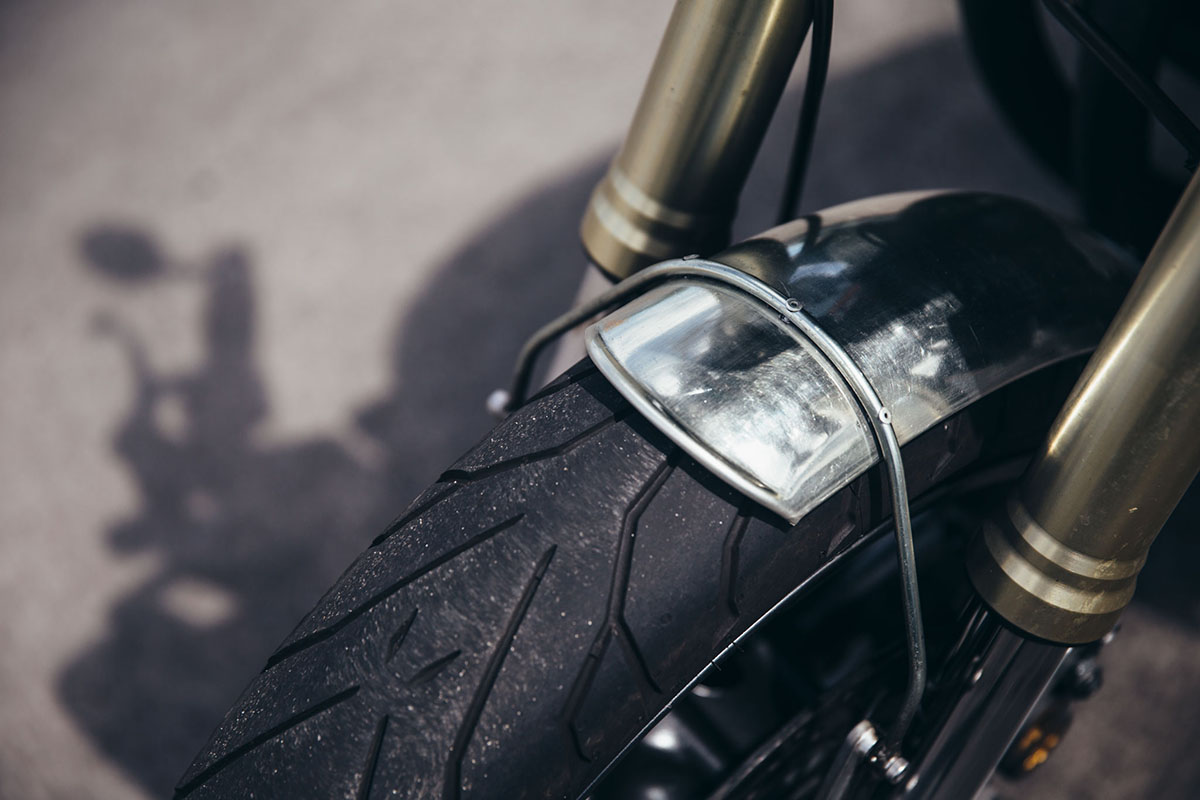 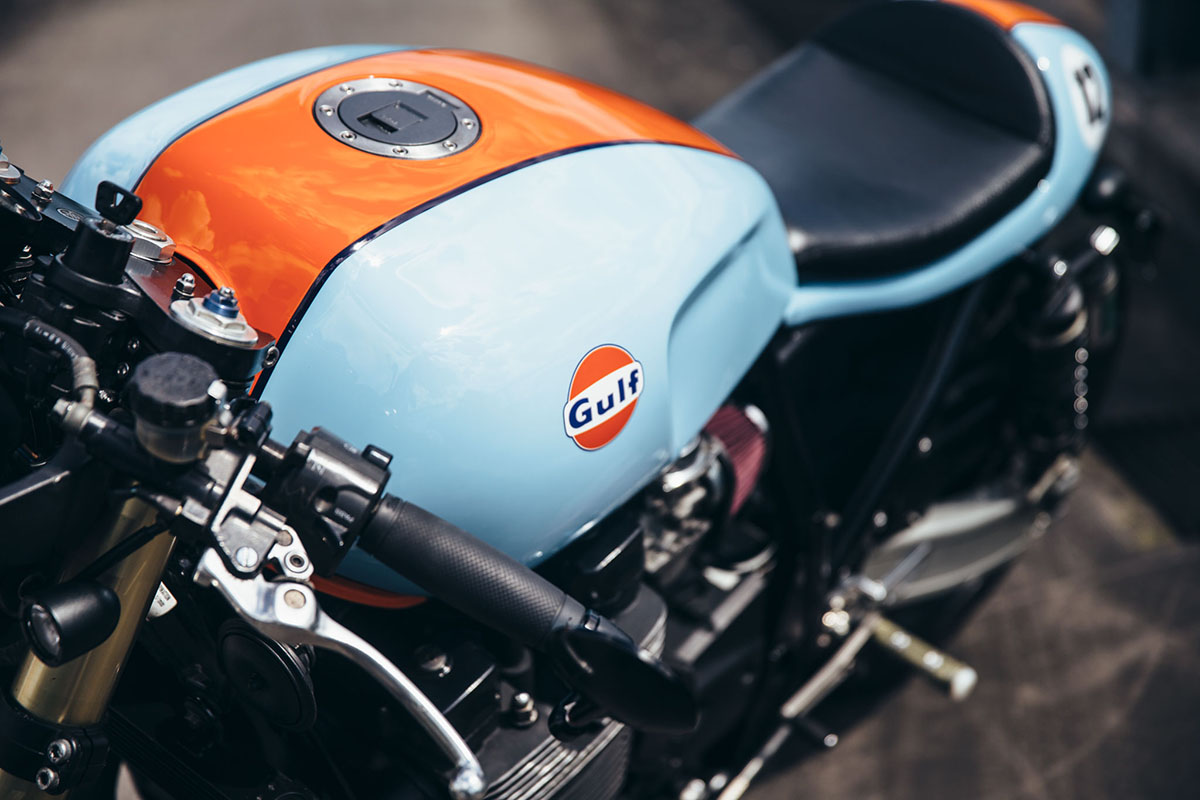 So, before the wrenching began on this bone stock machine, Haydn had been turning his CB900 into a café racer, which had instead turned into a resto-mod. This meant all Haydn’s ideas of Café Racer glory would fall onto this unsuspecting XJR. 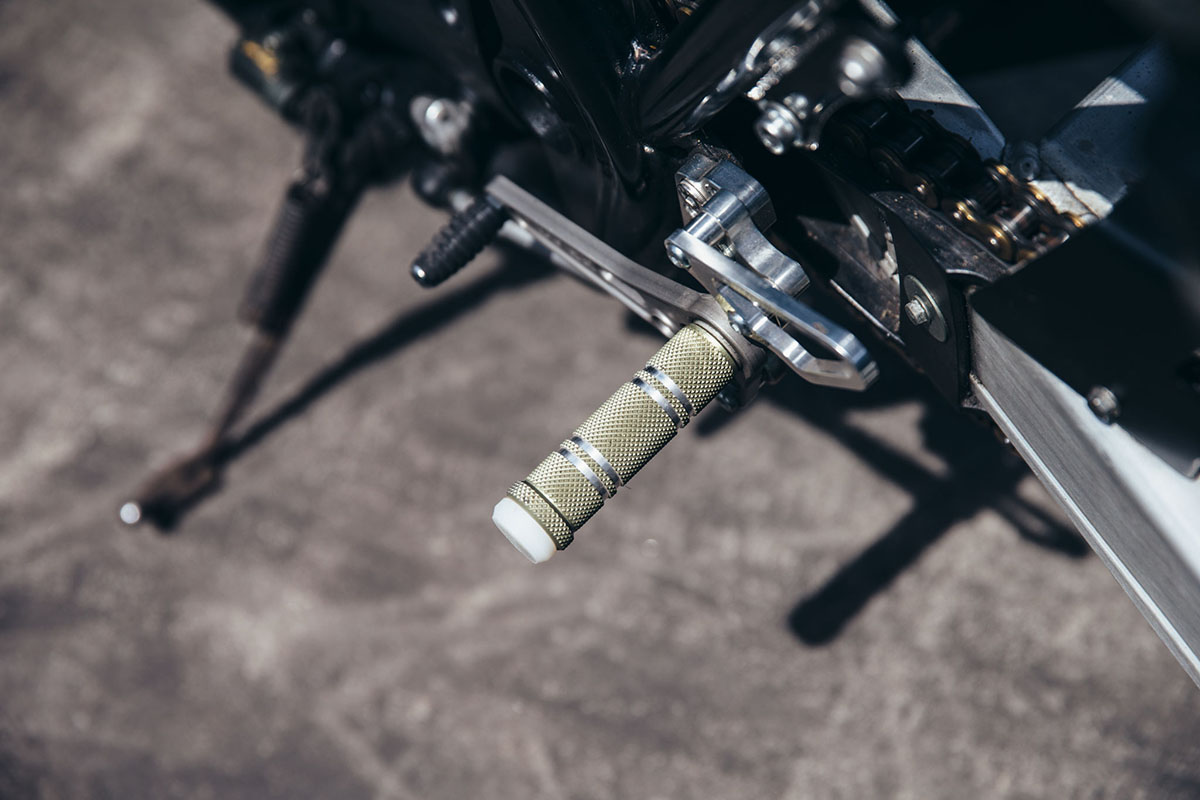 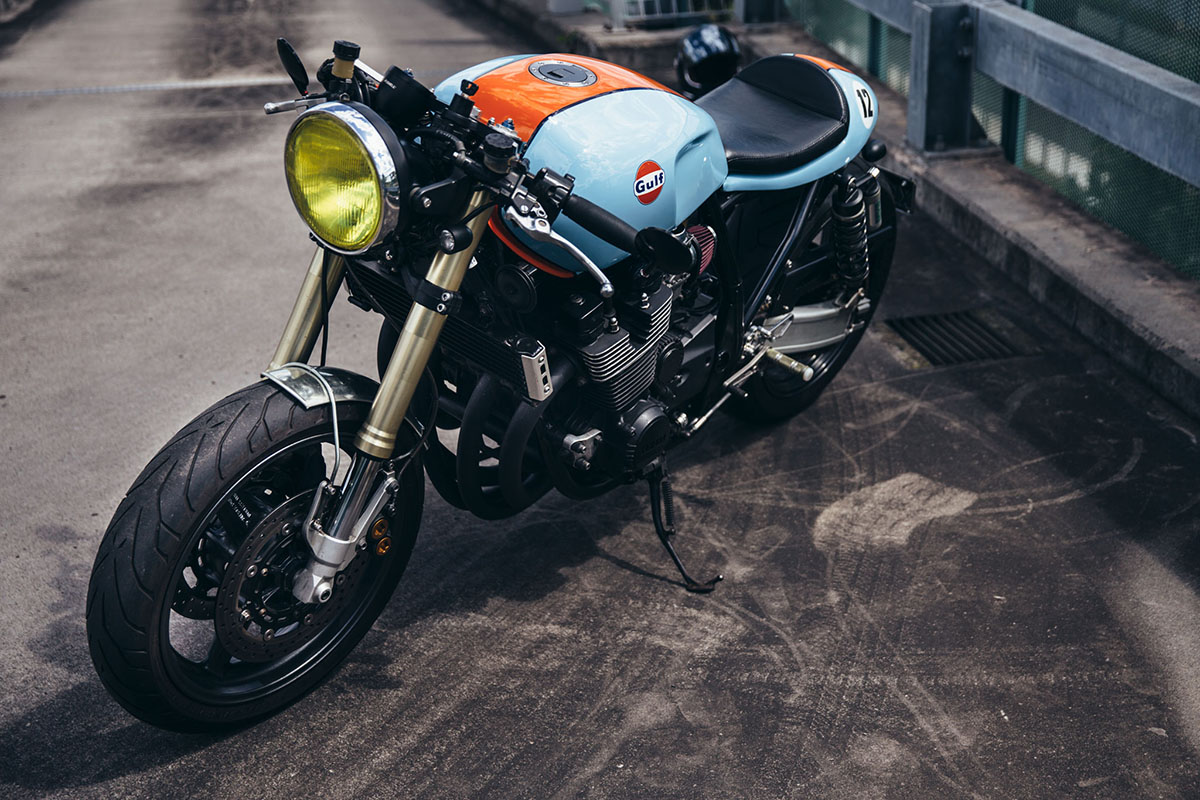 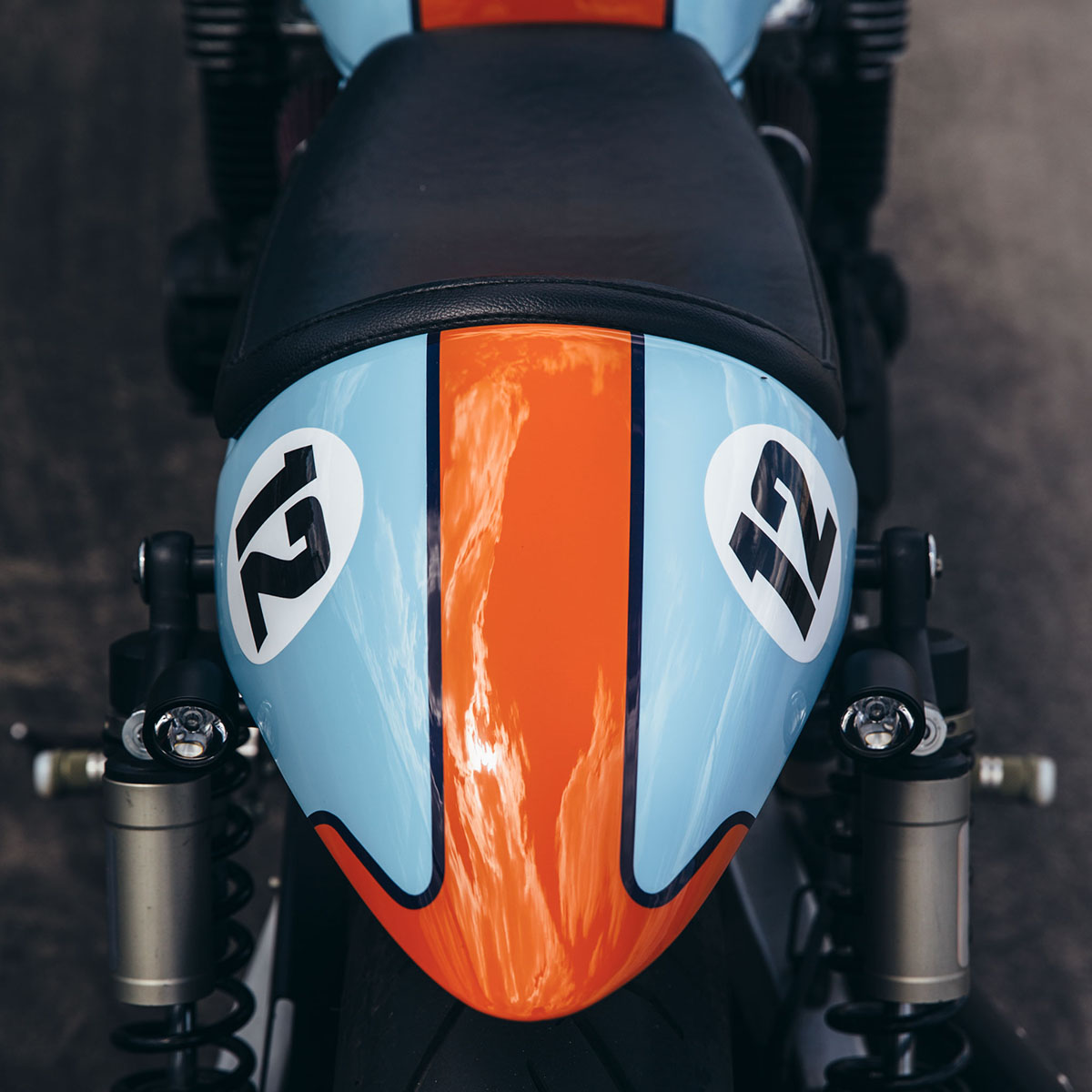 The build would commence with a set of clip-ons (as is Café Racer tradition) which then spiralled out of control as Hadyn battled to create something he believed worthy of the Throttle Roll 2016 pre-event ride. “I sourced a fibreglass seat online and got about chopping up the frame, welding in support pieces and relocating the small Li-Ion batter under the cowl. I then added some new, adjustable rear shocks from Gazi, which replaced the leaking factory items. I also sourced a front end from a 2001 Yamaha R1 and set about fitting it up, with help from a local steel fabrication firm who turned up a new steering stem for the R1 yokes to match the XJR headstock.” 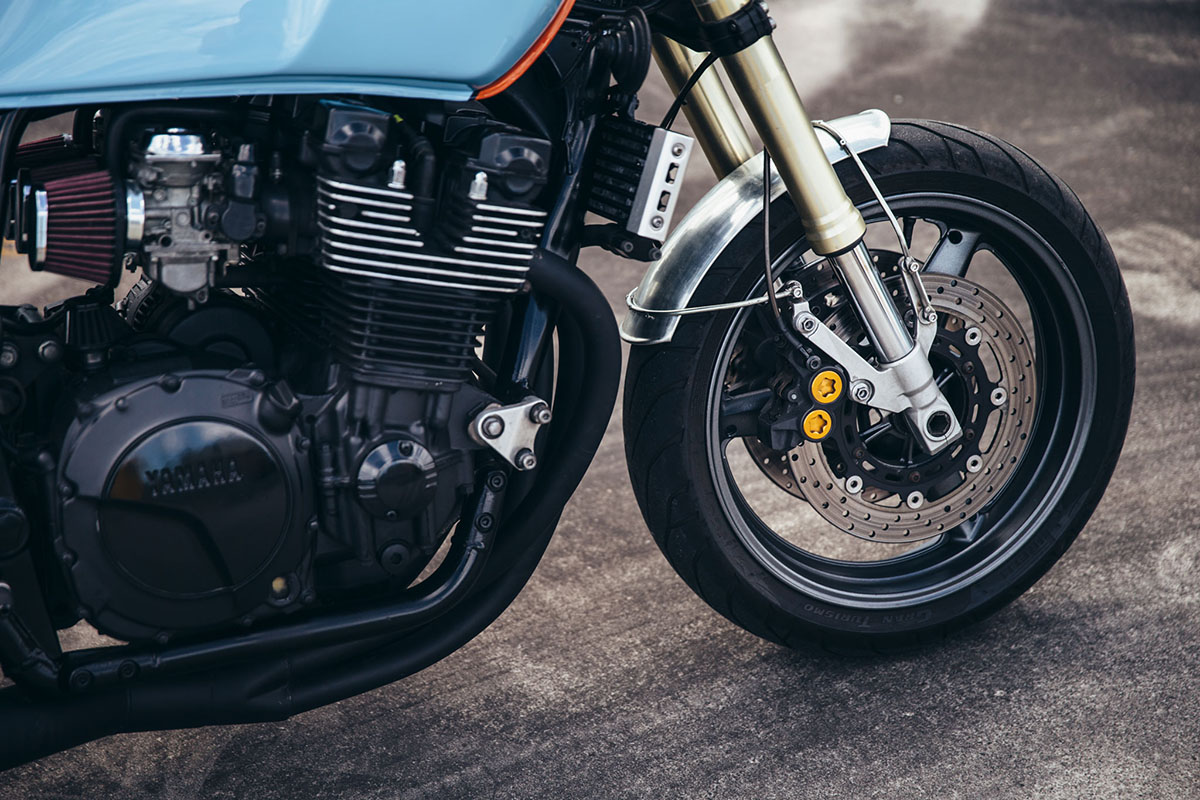 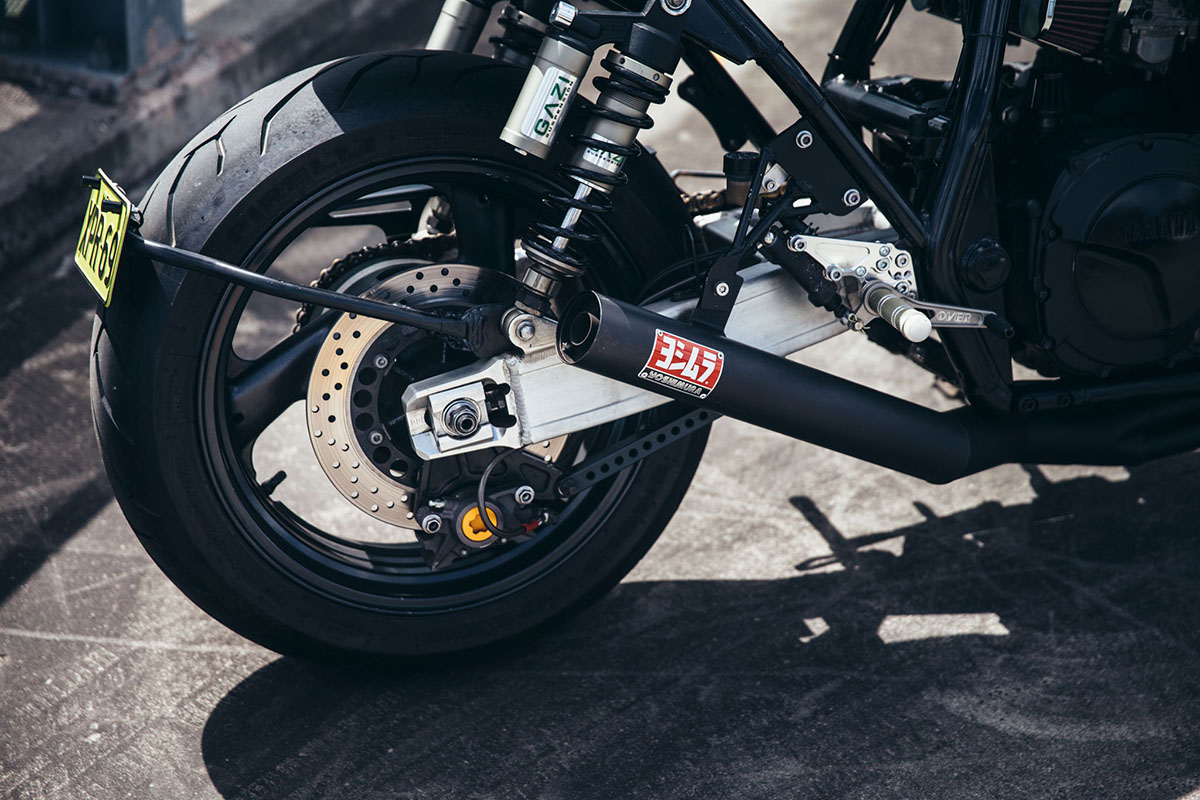 Next up would be for Haydn to fabricate a new headlight basket and wire up the new Acewell all-in-one gauge, and some pod filters. “The only other outside help I required was getting the seat pad made up, because who the fuck owns a sewing machine? After all this came a Yoshimura replica hand bent exhaust from Japan, some Over Racing adjustable rearsets, an integrated tail light/indicators, braided brake lines, a rear calliper from a late model XJR1300, and some Rizoma mirrors. The bike was finally tuned by Harley over at RB Racing and put down 115hp at the wheel.” 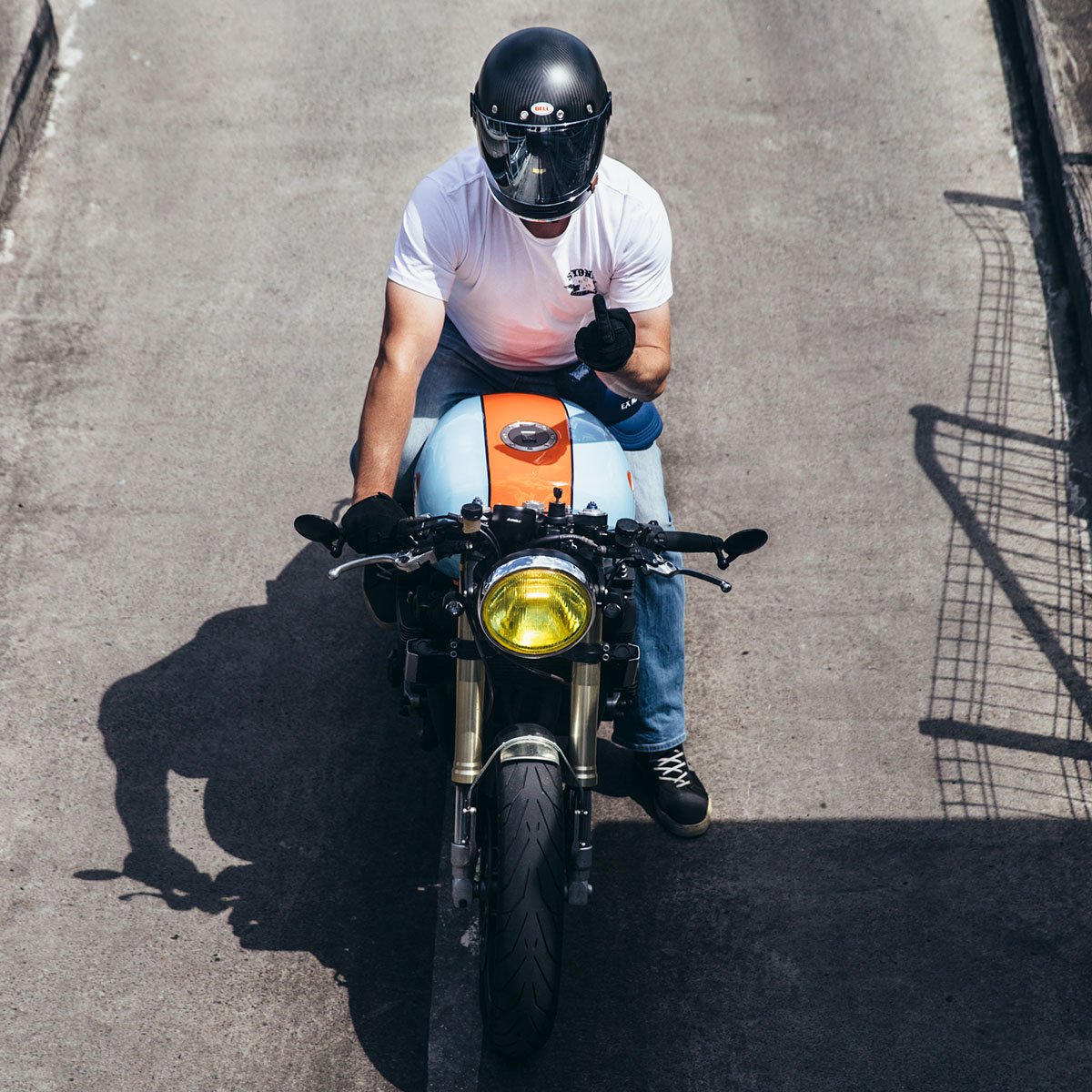 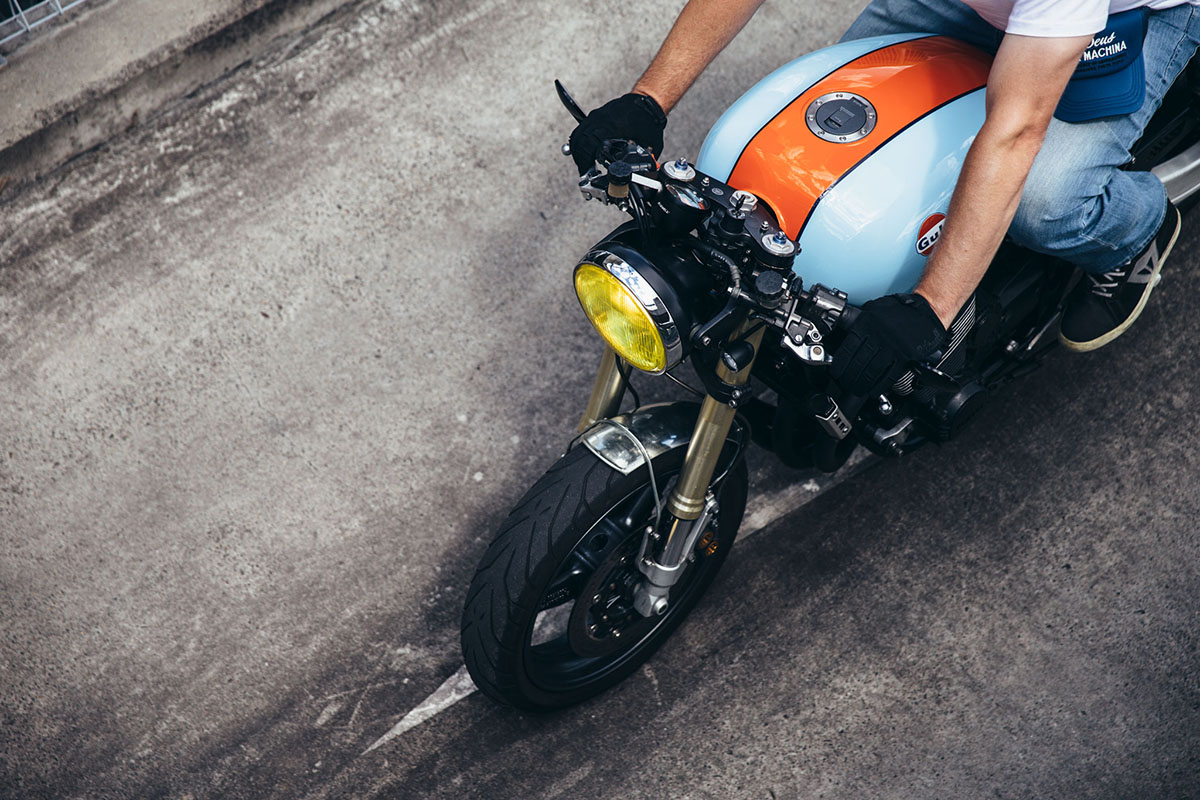 “I’ve always been a big fan of classic racing cars like the Gulf Porsches, GT40’s and stuff like the Martini Racing Lancia rally cars. They all have such instantly recognisable colour schemes, people know and love them, and I do too. The paint was the final piece of the puzzle in fact, and it has really set the bike apart. It was completed by Sam down at Colourfuel in Caringbah. I came to him with a couple of pictures off Google, and idea, and the Sam did the rest. The paint is just fucking amazing, and I’m really pleased with the result, he did a fantastic job.” 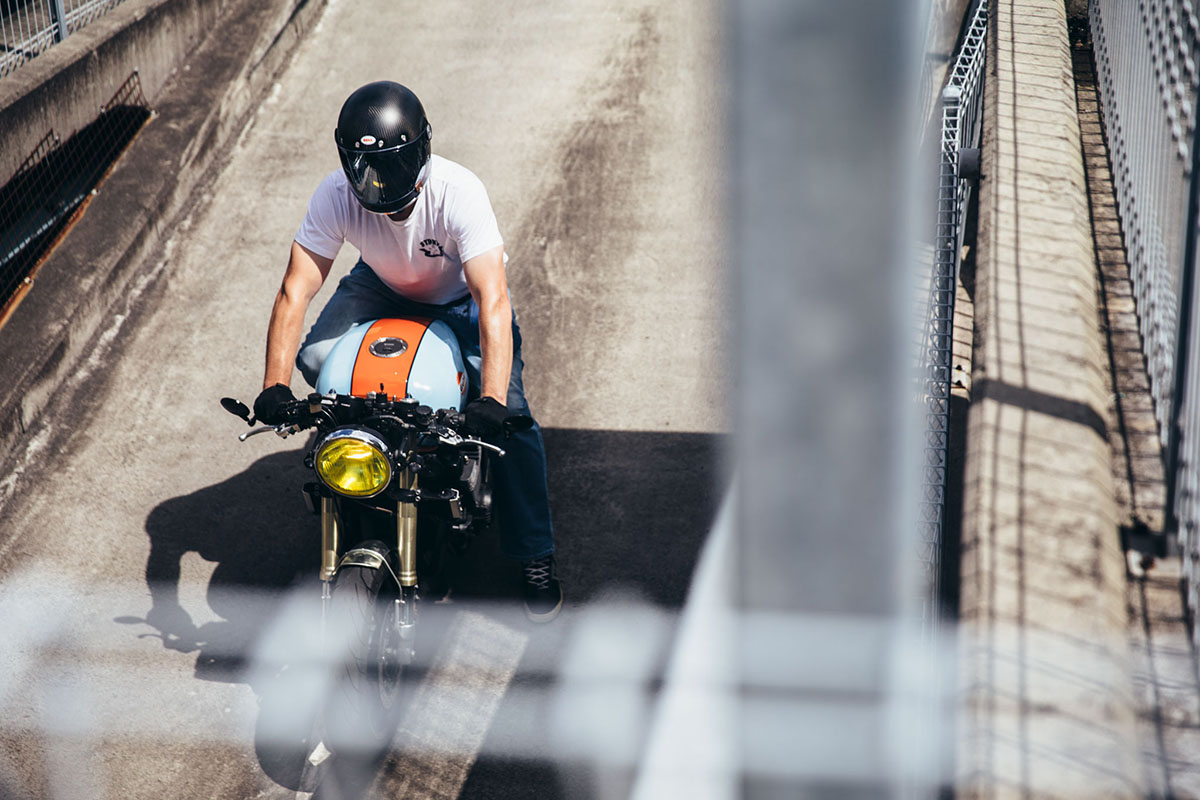 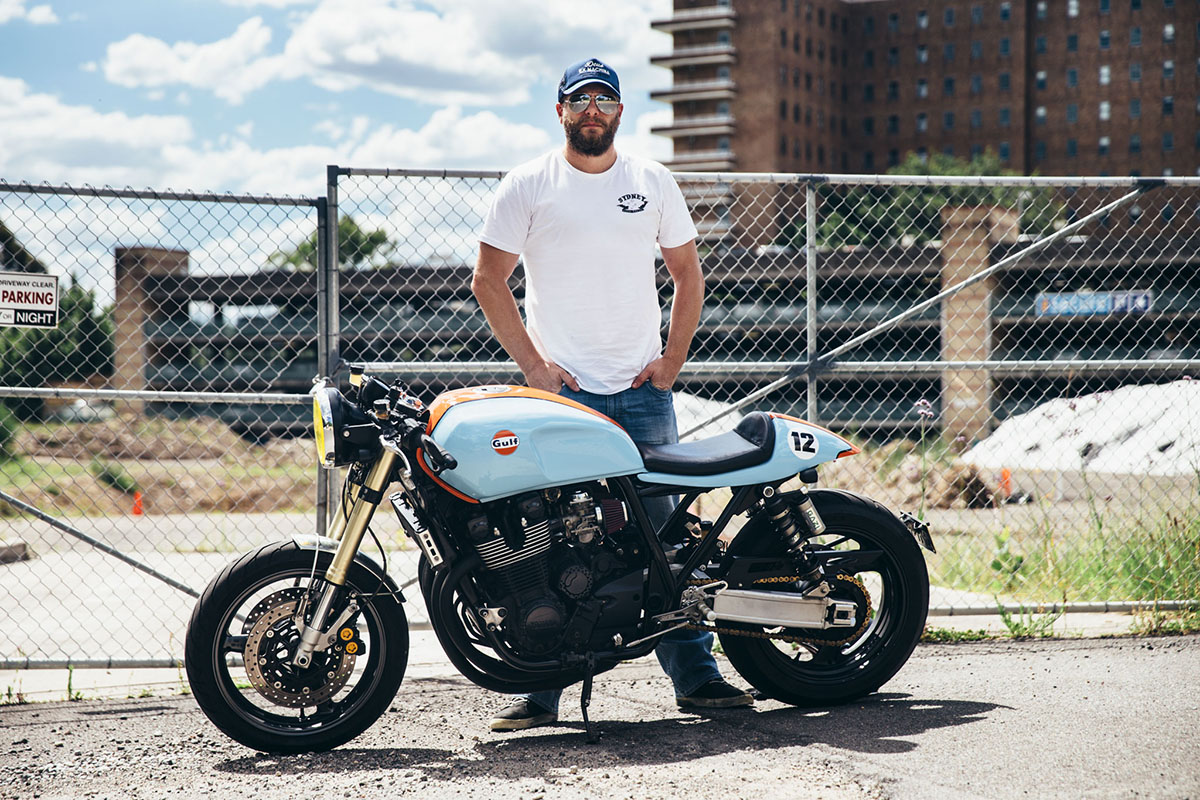 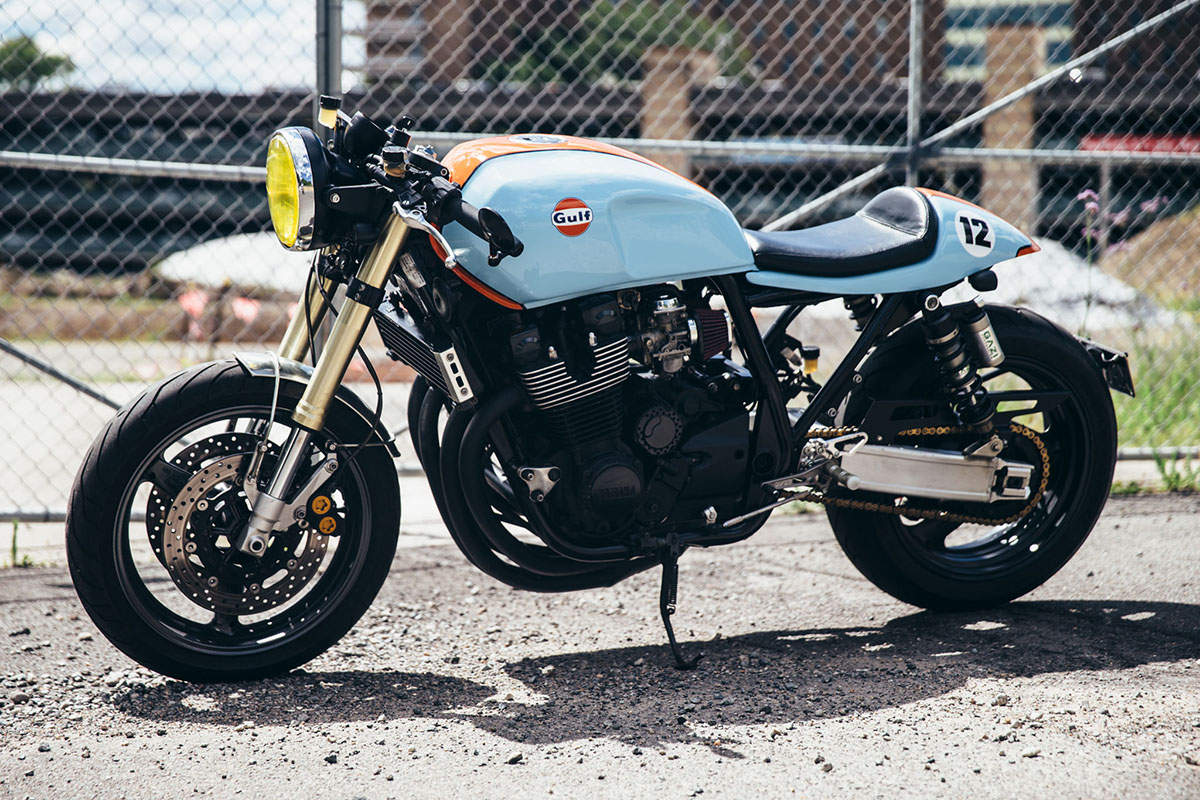 “It’s pretty quick bike, which is nice. I think the fact that I did almost all the work myself makes me appreciate it a bit more – if that makes any sense. It’s also cool seeing people’s reactions when they see the paintwork… it’s turned into a conversation starter for sure.” 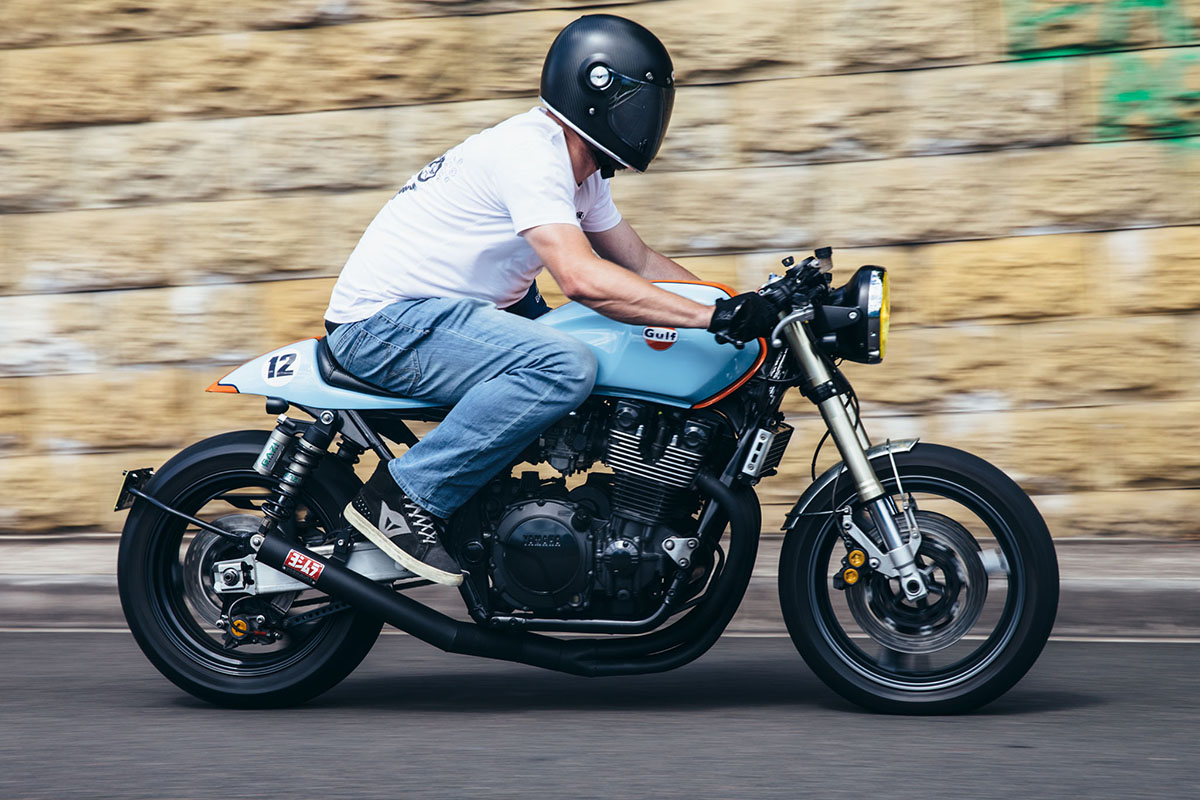 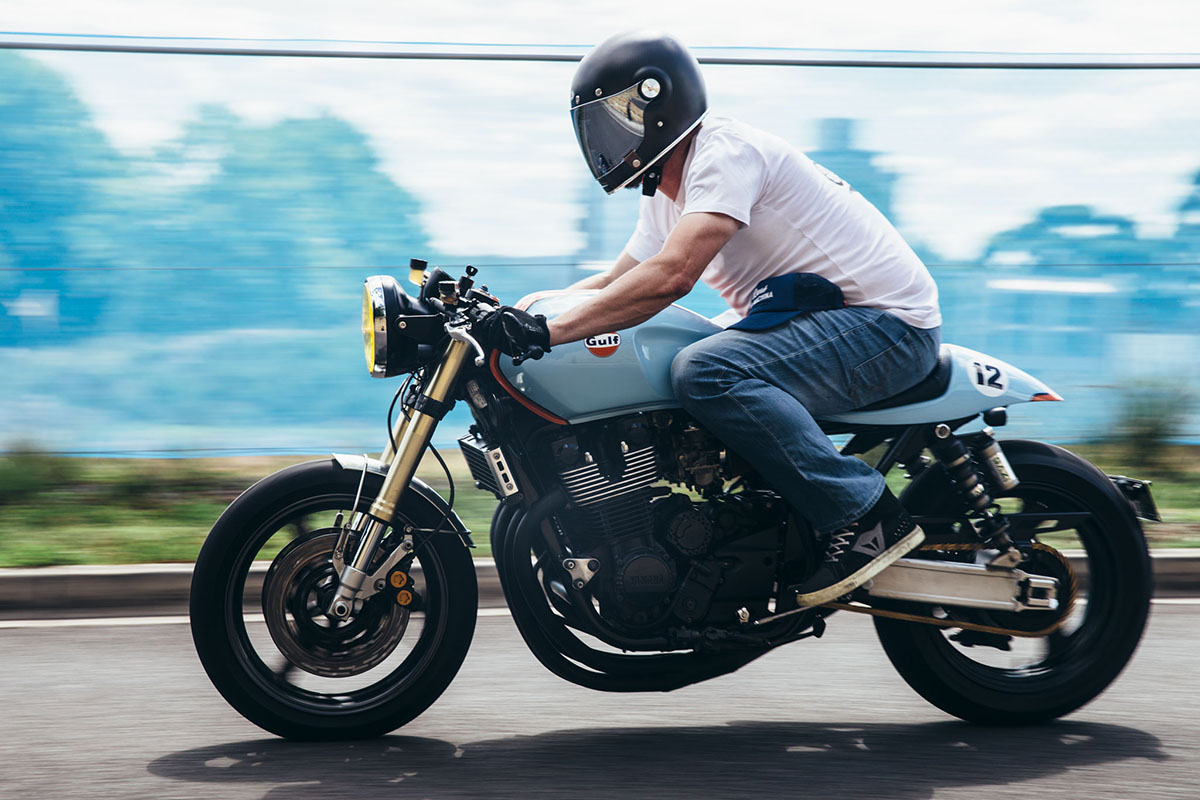 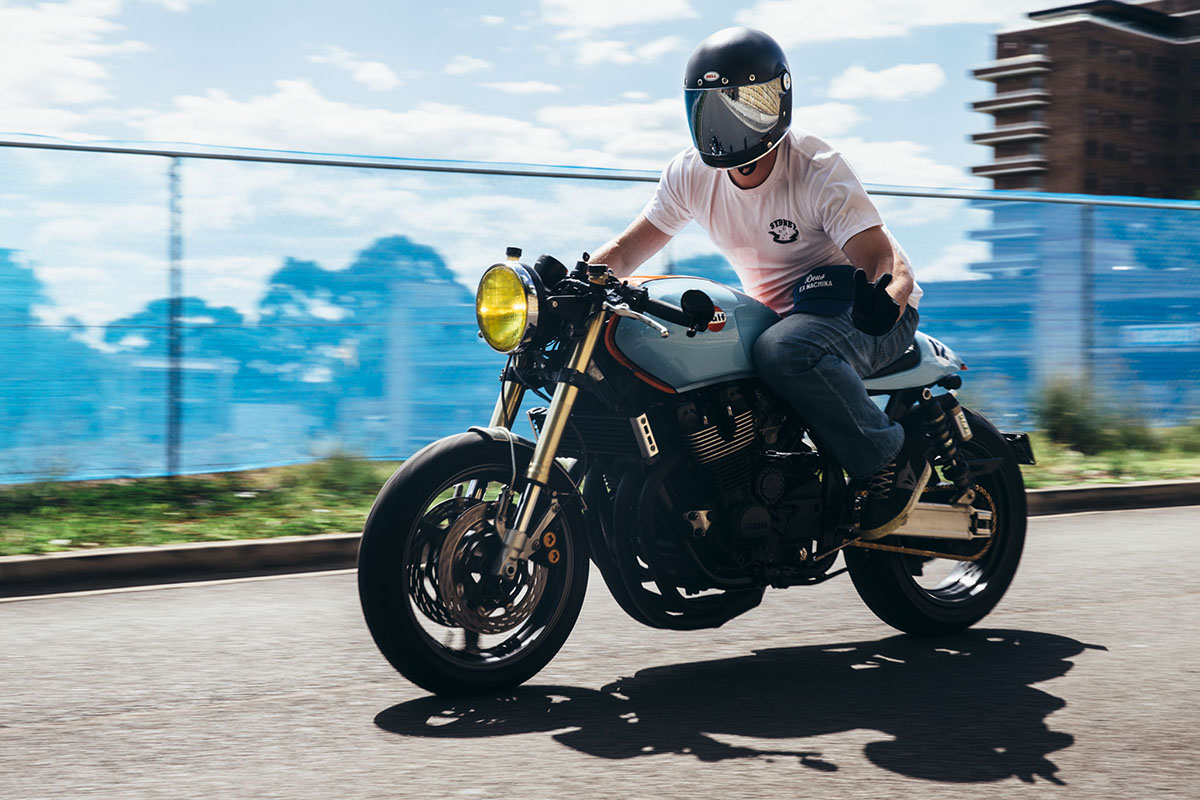 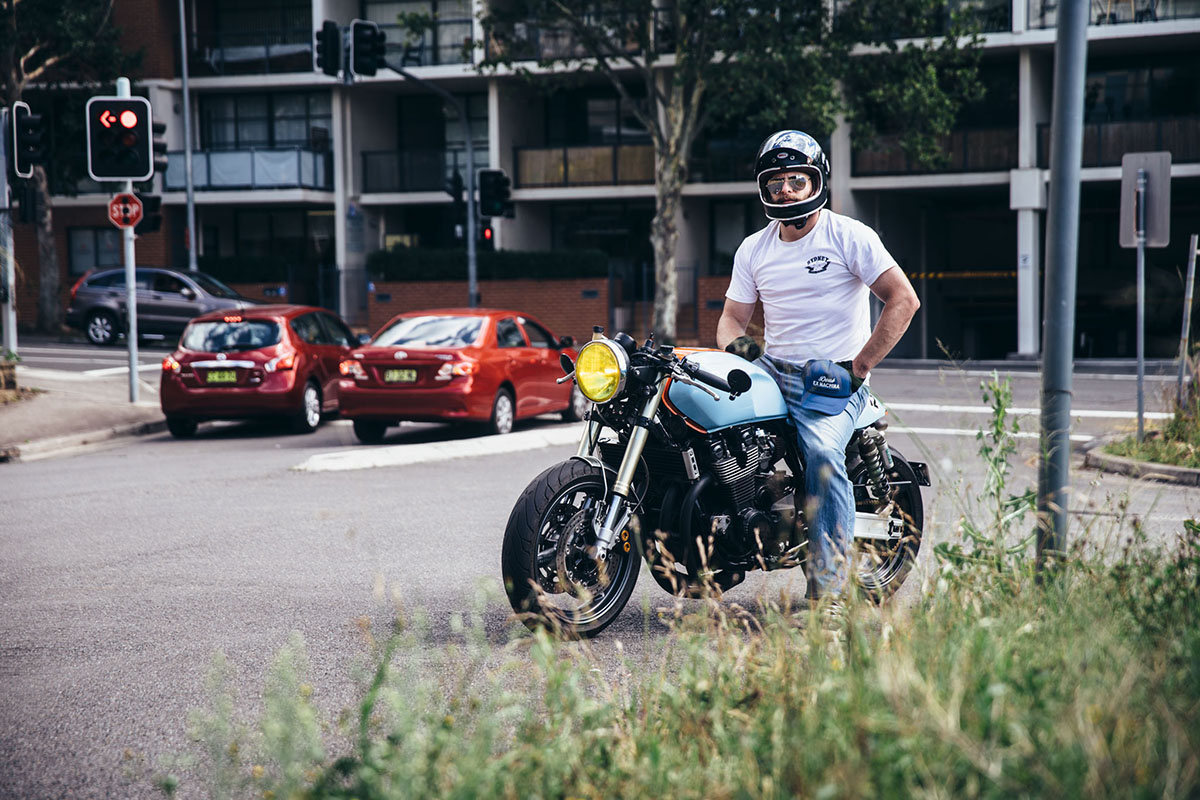