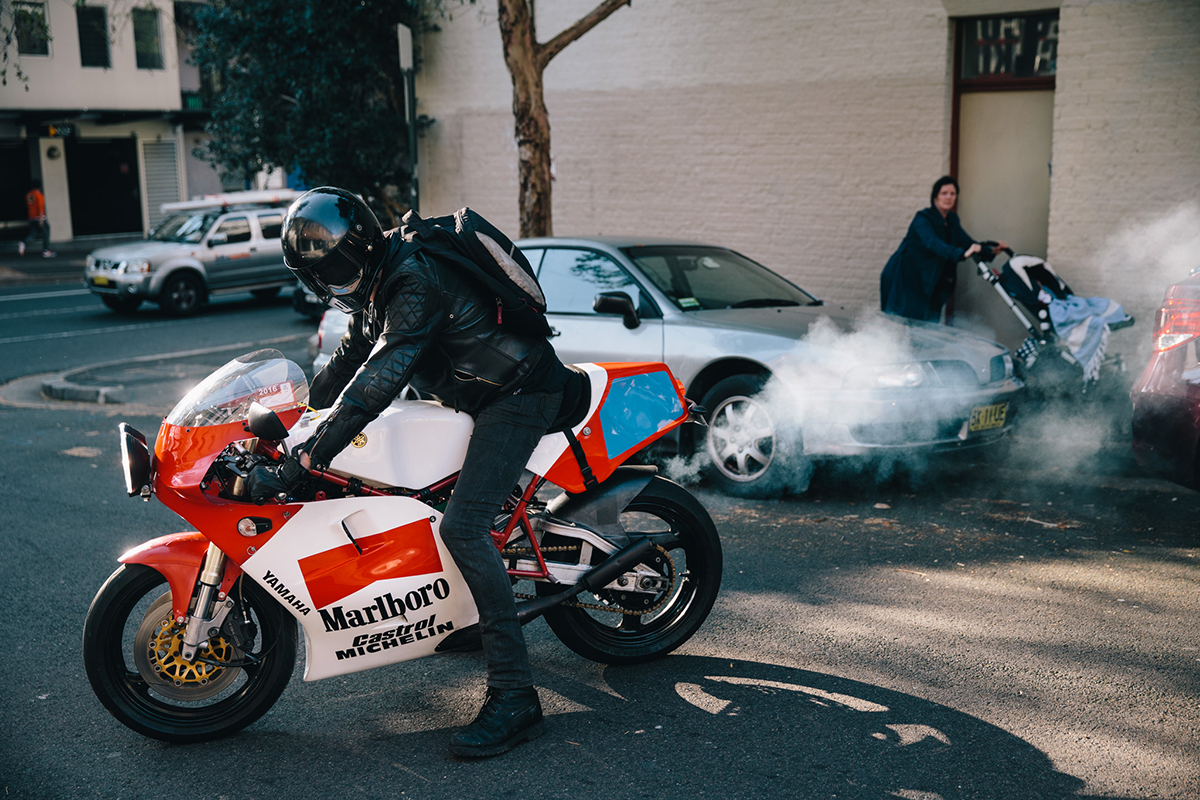 As the famous quote from the Vietnam War film ‘Apocalypse Now’ goes, “I love the smell of two stroke in the morning” – although it’s been a while since we’ve seen the film and maybe we’re remembering it wrong. Regardless, in a puff of excitement inducing smoke and smell, Simon’s Yamaha TZ350 ring-a-ding dings through the streets belting out jealousy to all who see it. 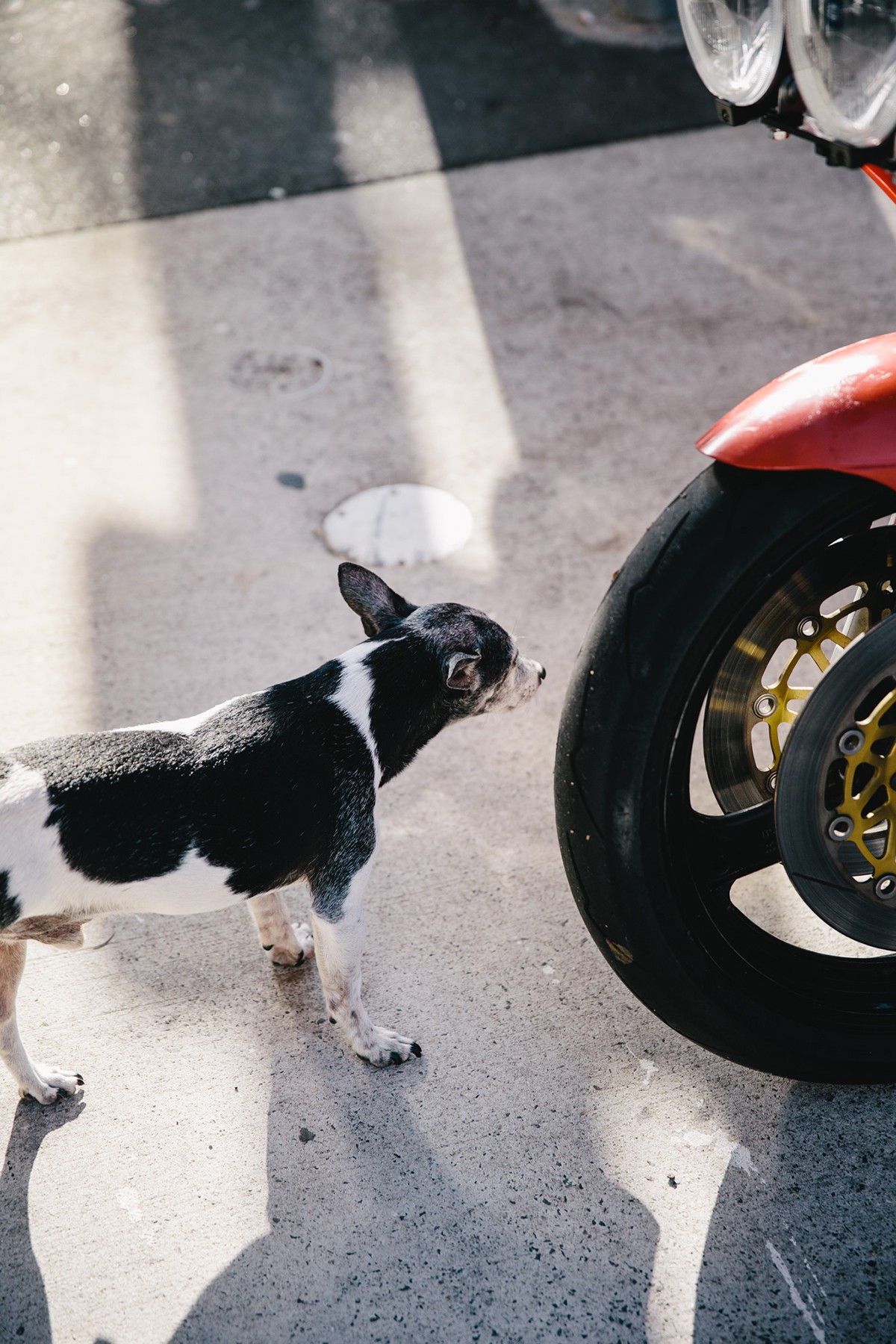 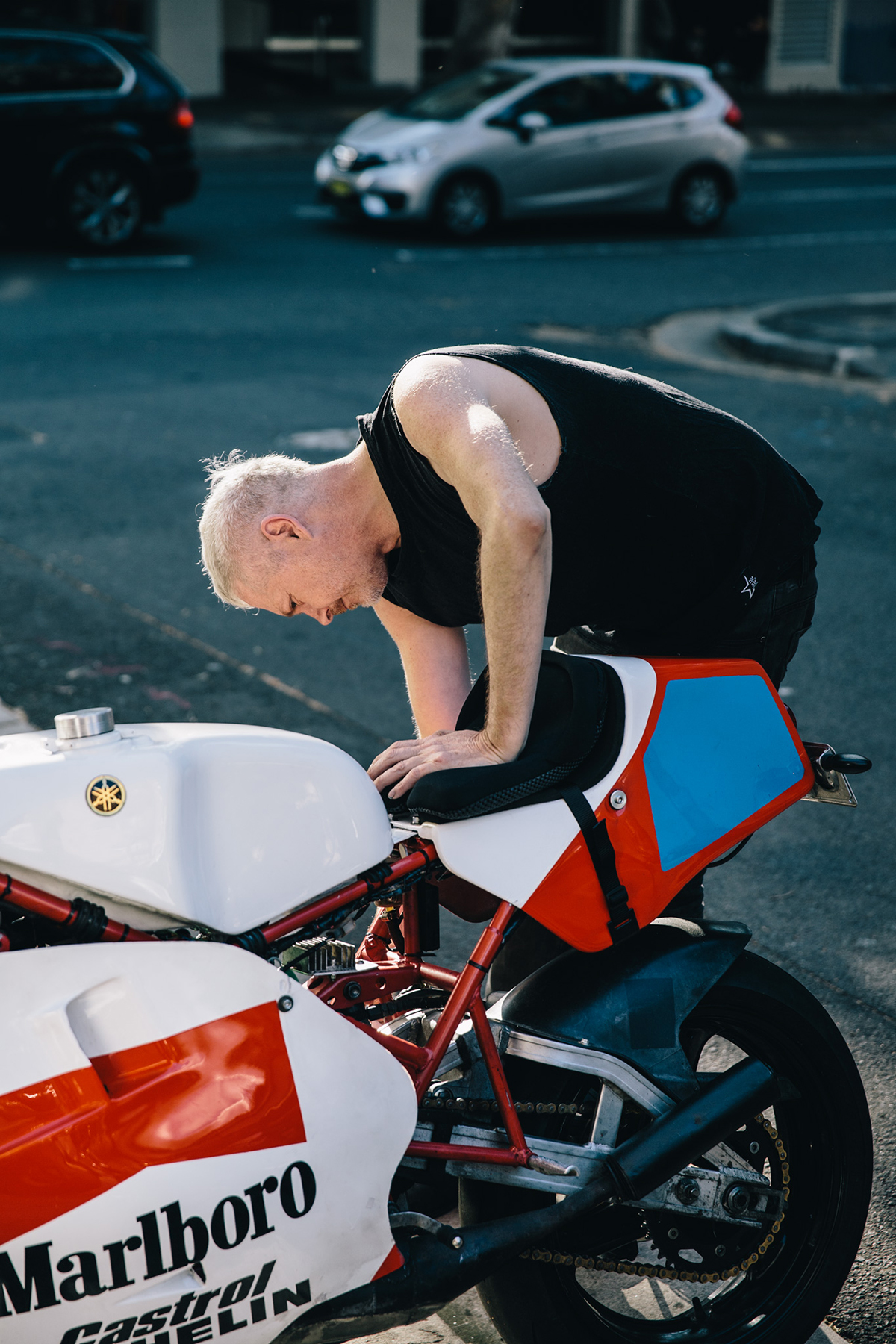 This 1985(ish) hybrid machine dubbed ‘The Unicorn’ is, as Simon puts it, “basically a TZ race bike with a Suzuki RGV front and rear, and a Yamaha RZ350 engine.” Originally built for the track, Simon found the potential (no doubt aided through many beers) for the bike to be a one-off road machine that would bring a bit of ‘80’s racing flare to the streets. The Marlboro design emblazoned on the fairing being a smoky reminder of more liberal times. 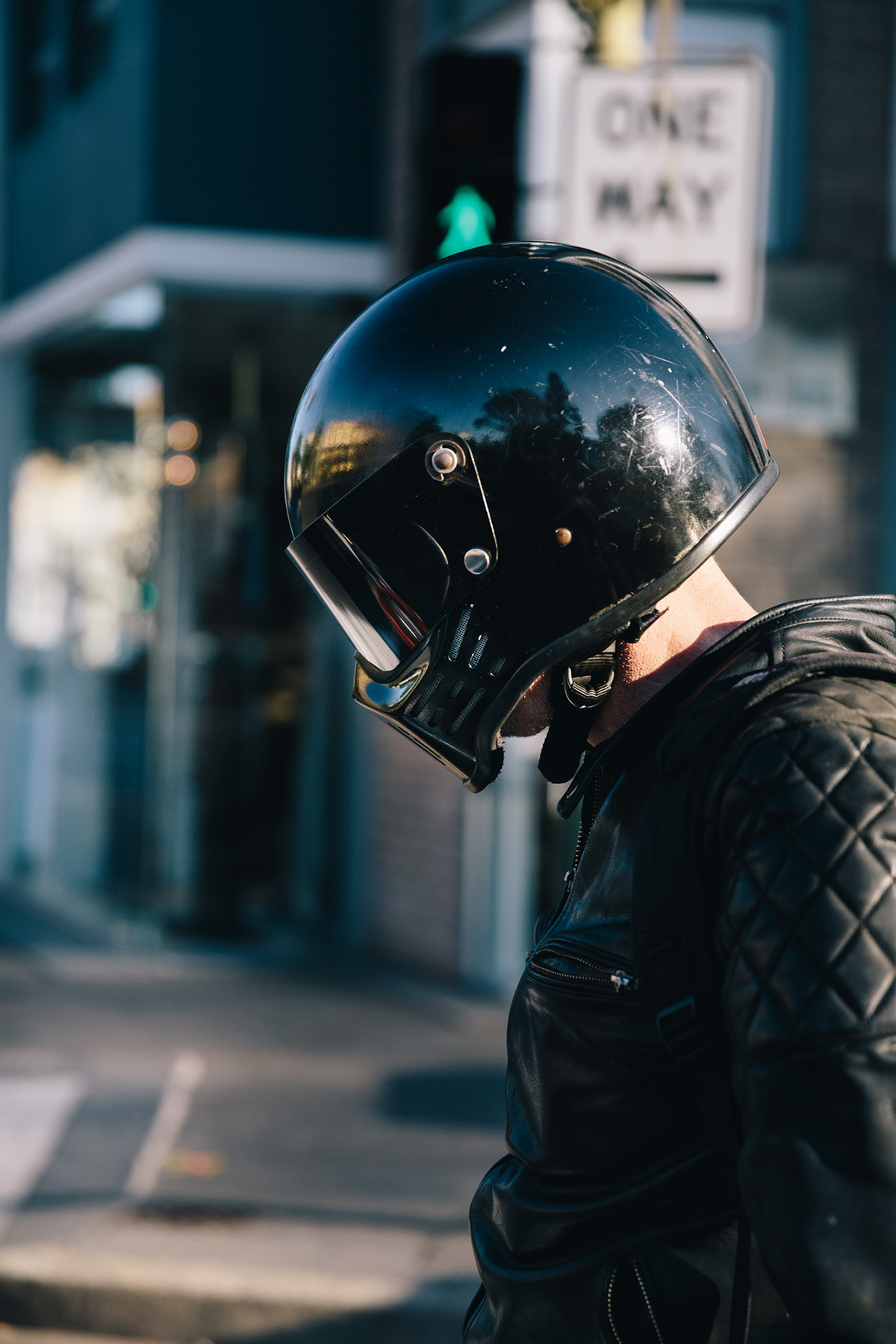 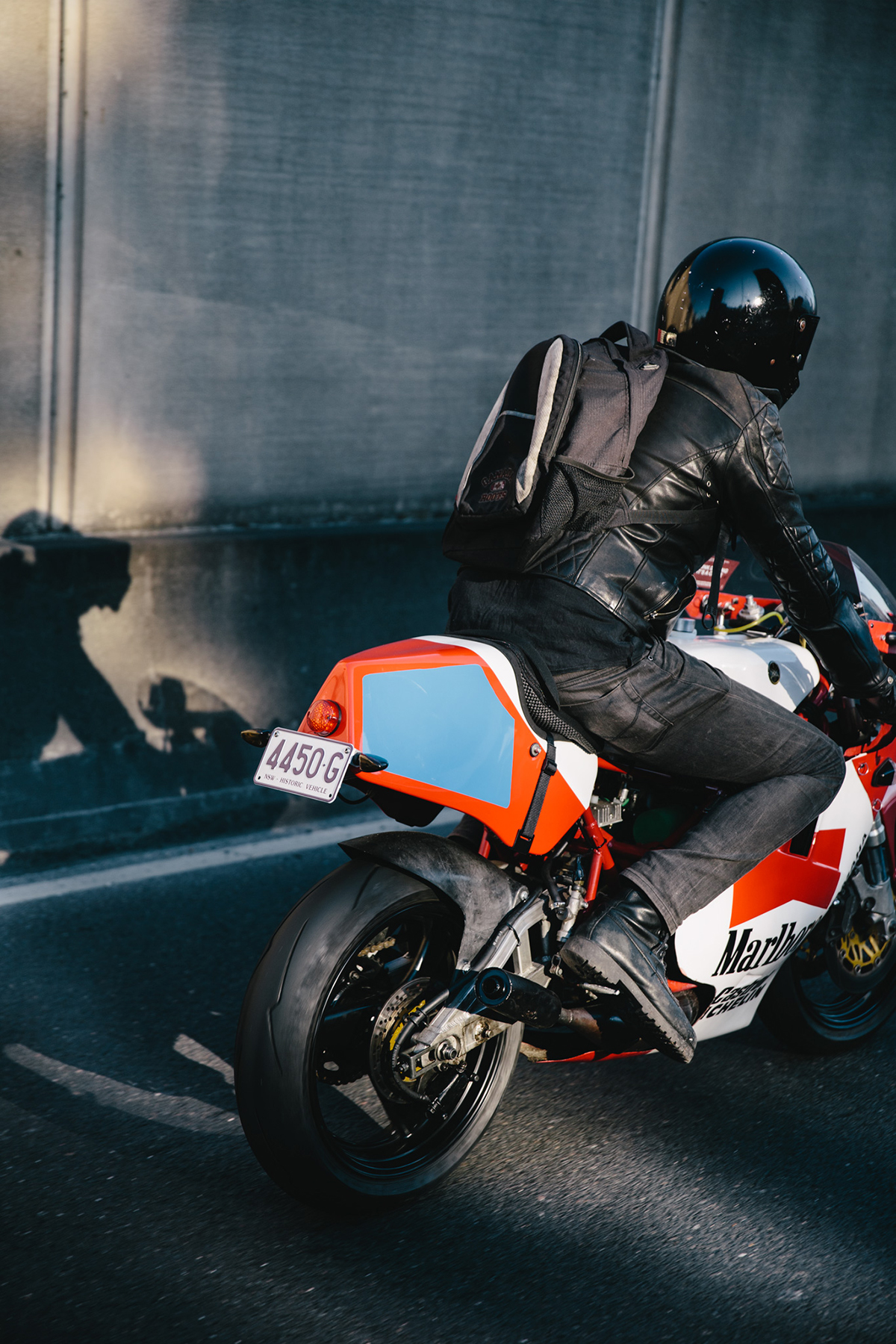 Although the bike was originally at home in Adelaide, Simon had it sent off to be given some attention from Darren Millichamp at DnA armed with plenty of parts from the original seller. The noisy, Smokey road machine would now begin to take on its new form. “I didn’t plan on the bike being ‘sporty’ but it seems none of the bikes I own resemble comfort. The hard tail Bonneville bobber I have can turn kidneys into mush if you miss seeing a pothole at speed, and the RGV has serious ‘numb arse’ issues on a long ride – but the TZ is a new kind of torture.” 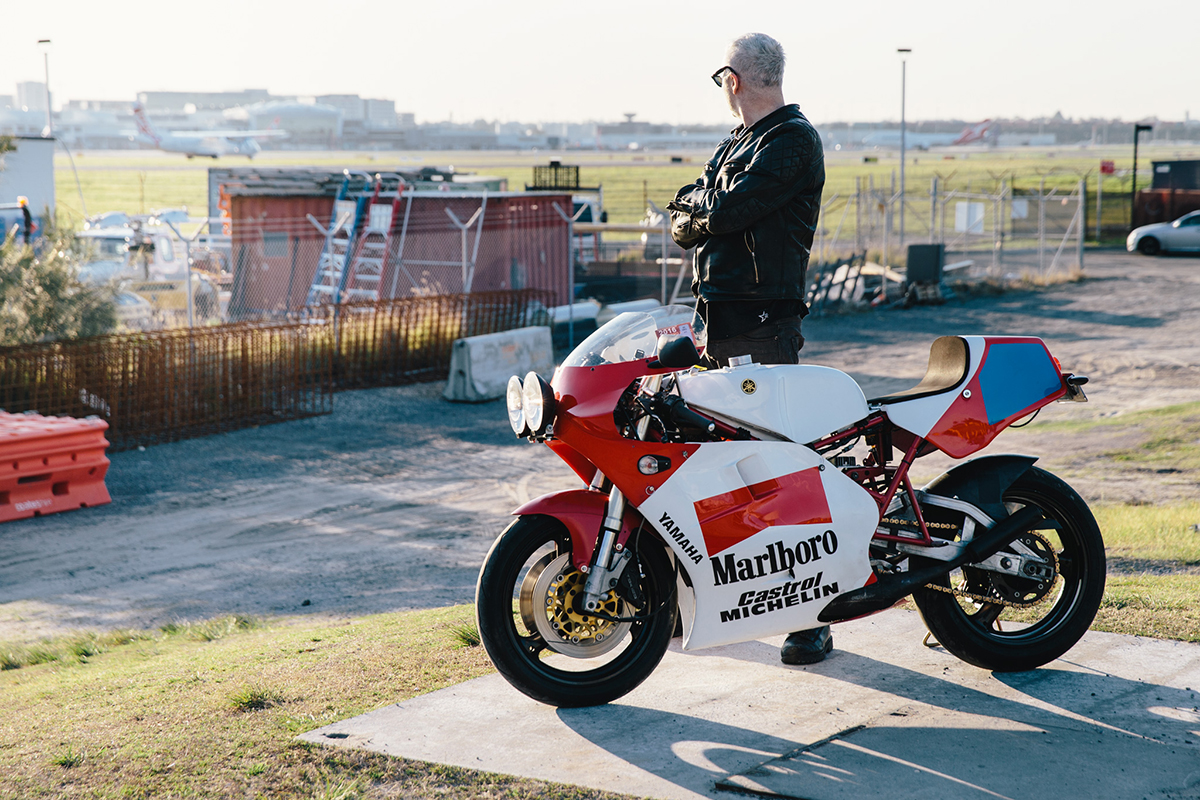 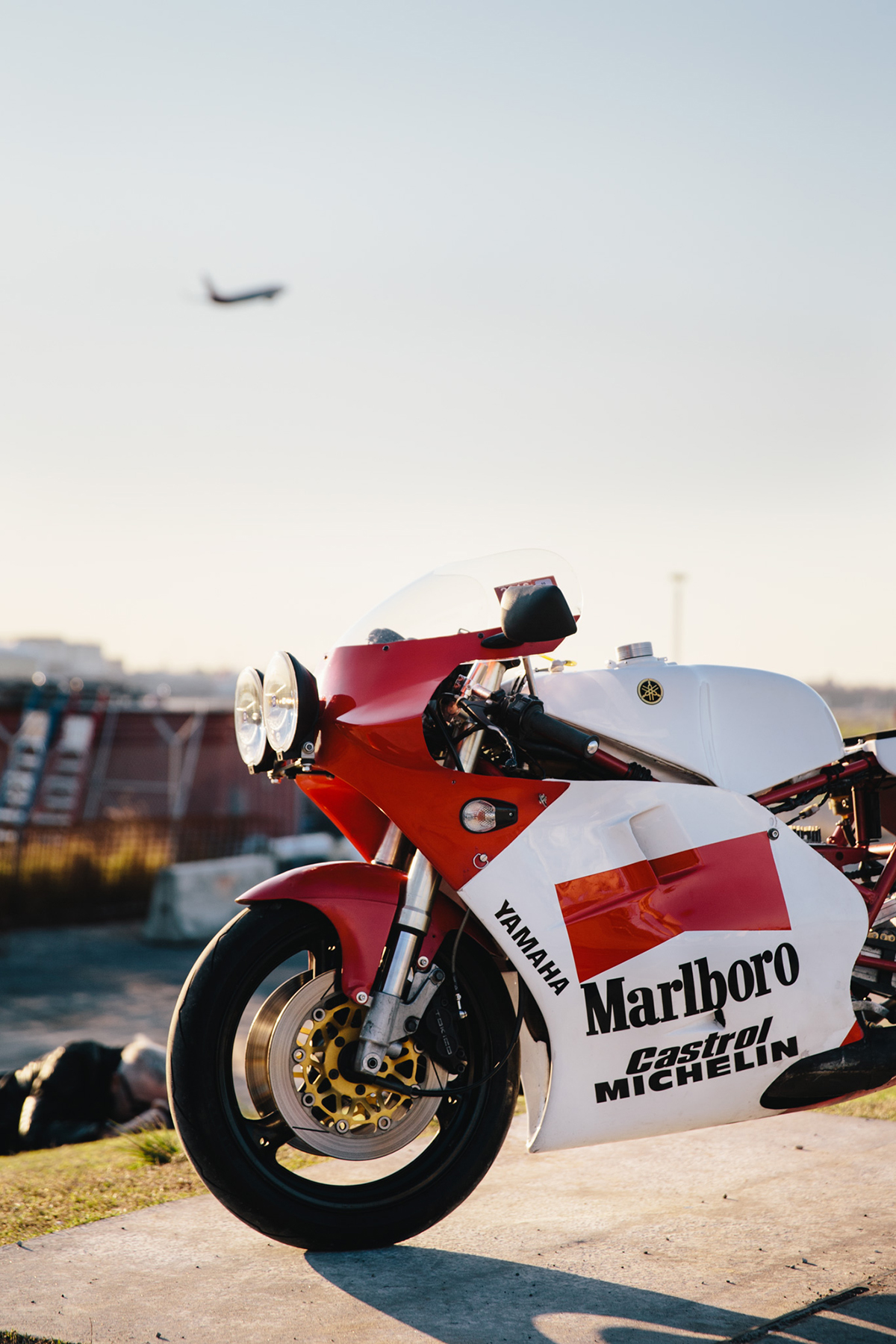 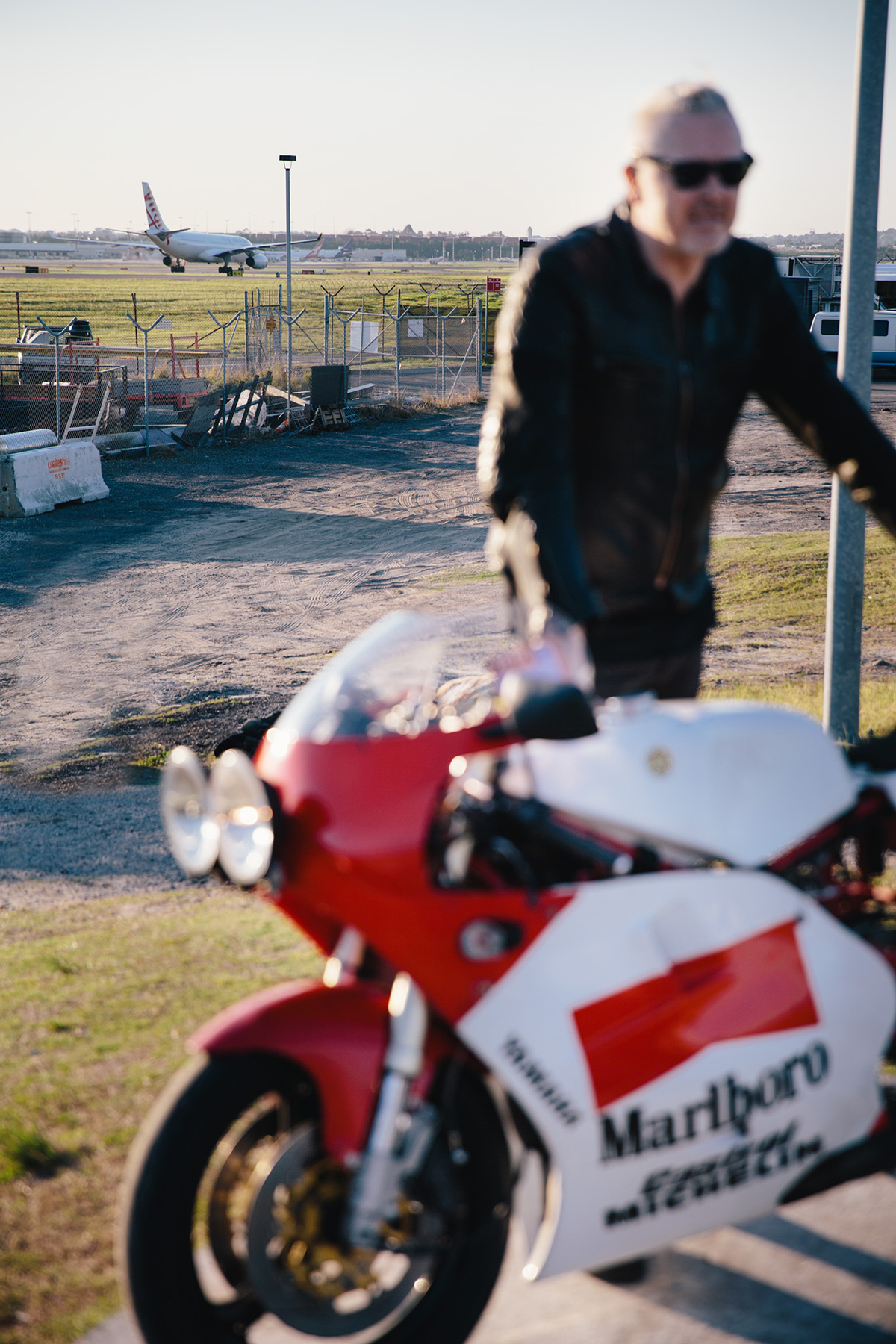 It’s with a gentle sheepish nature that our tall English ex-pat explains the “quirks” of The Unicorn “One’s particulars are crushed up against the tank, I can’t tuck my knees in behind the fairing and the kickstarter provides a constant bruise. The seat is an inch of black humour and the riding position makes my wrists ache long after the bike is in the shed and the keys are on the table. That said; I wouldn’t swap it for a HD lounge-chair-on-wheels or any modern alternative.” 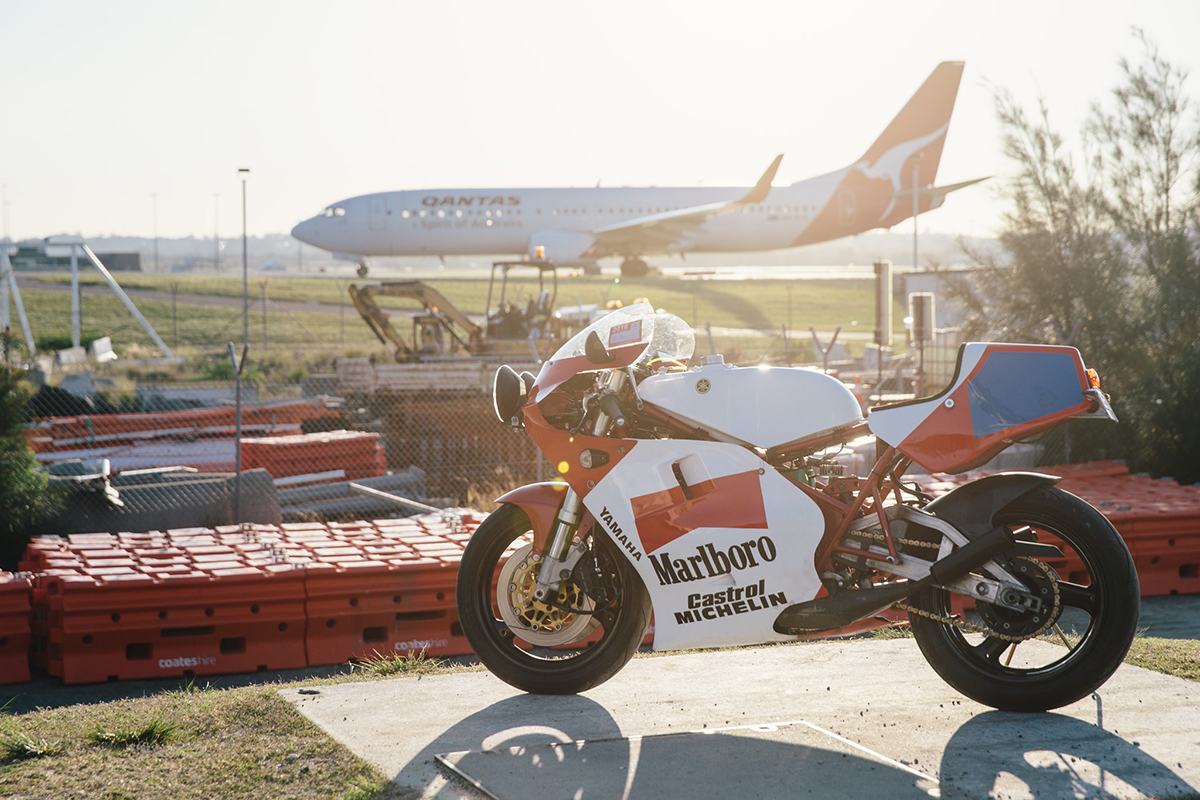 “I’m no mechanic. My passion is riding, but I have a strong stylistic requirement to my bikes. They have to be unique and this one certainly ticks the right boxes. I get a lot of attention from other road users. There’s quite often someone standing next to it when I come out of the servo with questions or memories of their own to share. What makes it special and what makes me happy is to occasionally look sideways at the reflection in a shop window.

I can’t see the smile but the view flashing back to me is fuckin’ ace.” 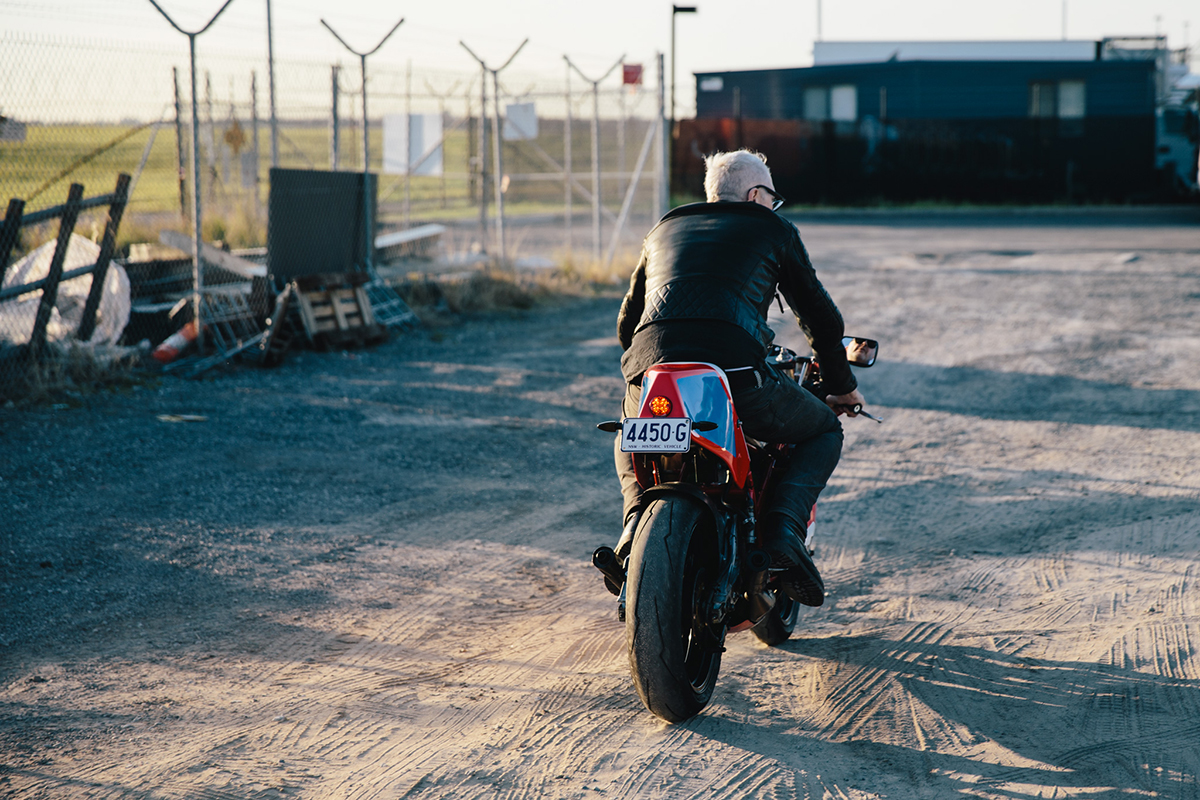 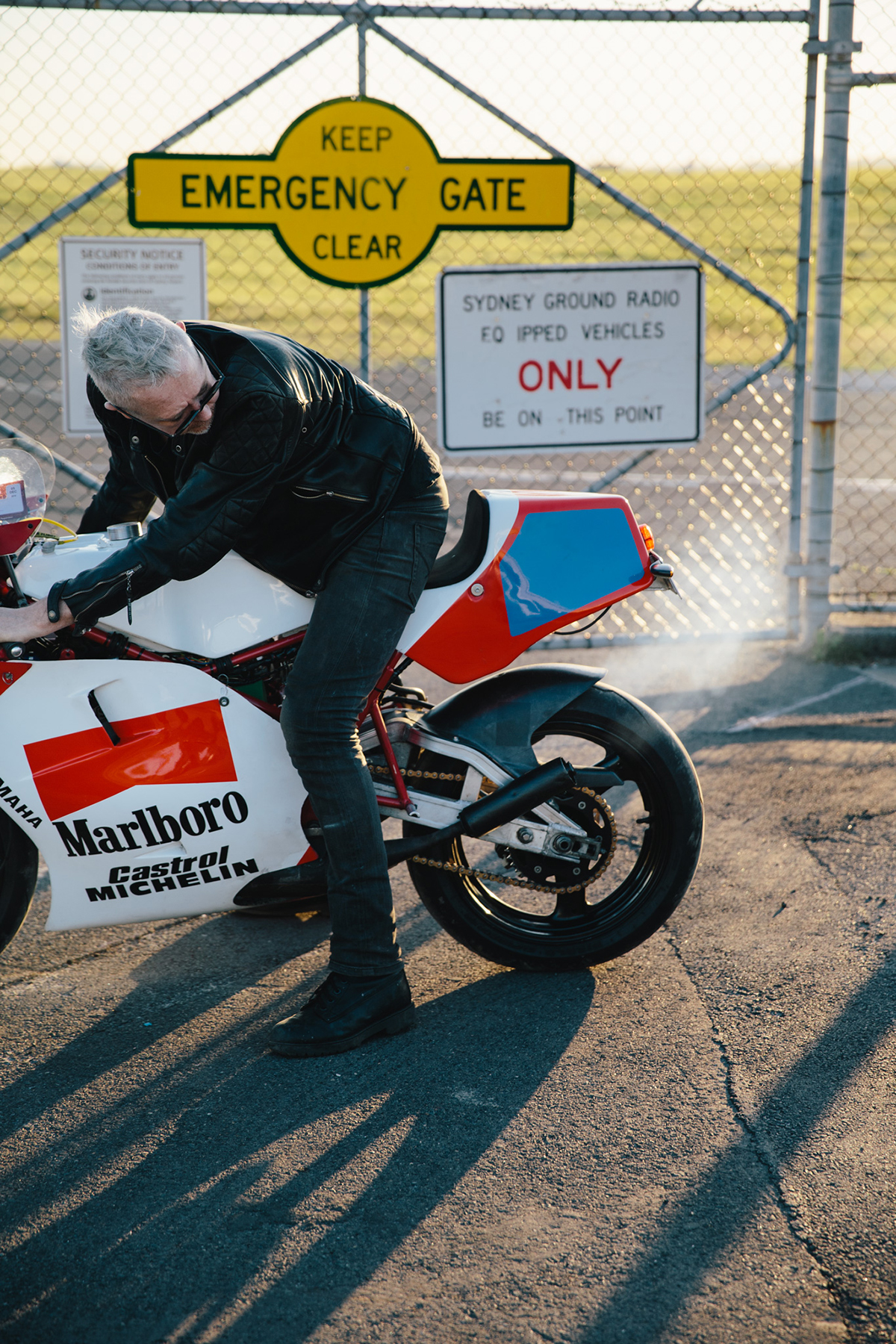 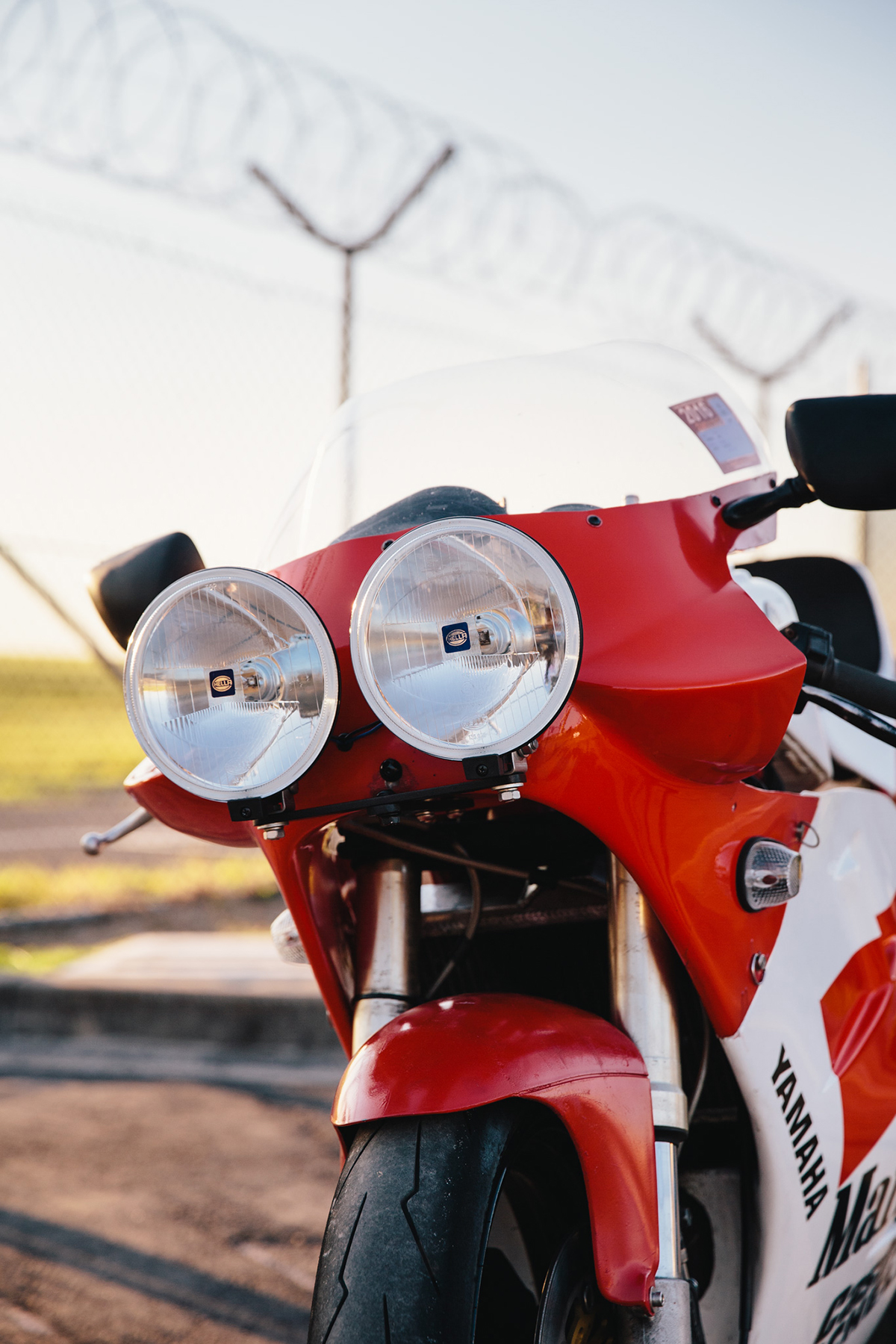 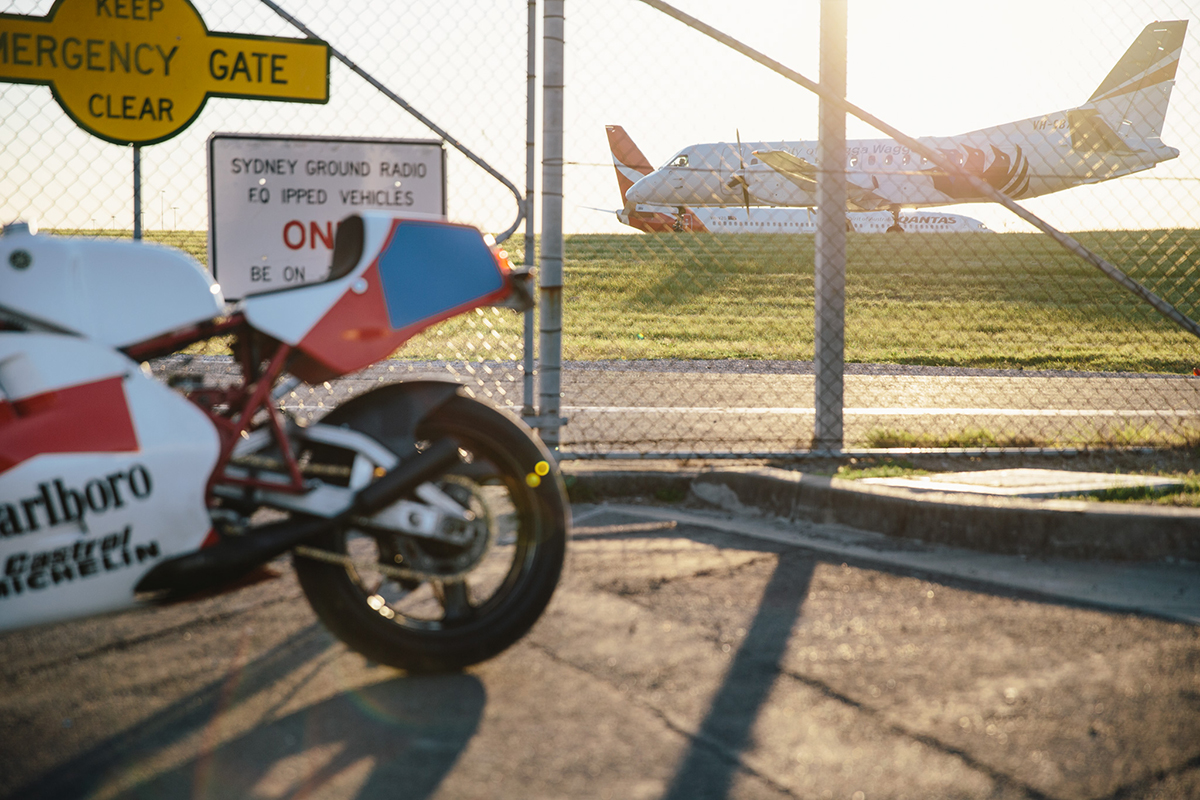 Long before Simon was nosily exploring the roads and backends of Sydney, he was doing exactly the same back home in Mother England. Living on a farm as a kid would provide ample space to tear about on motorcycles, offering freedom to explore the landscape as well as double as a cheap mode of transport. “The livery of my childhood was the red and white of Yamaha and Marlboro, the smell was Castrol R30 and the noise was most definitely that of a two stroke. Skip 40 years and once the garage door rolls up all that enthusiasm rushes back. The same thrills, the same emotional attachments of colour, smell and sound. 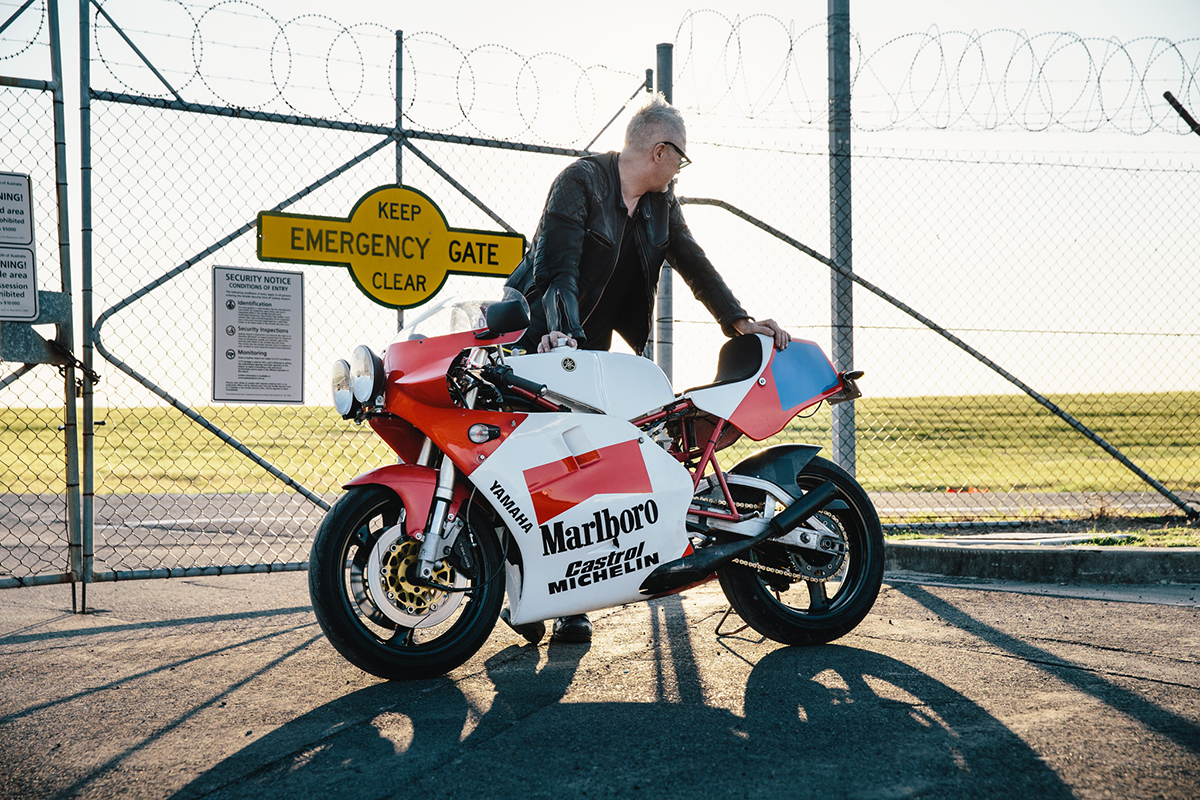 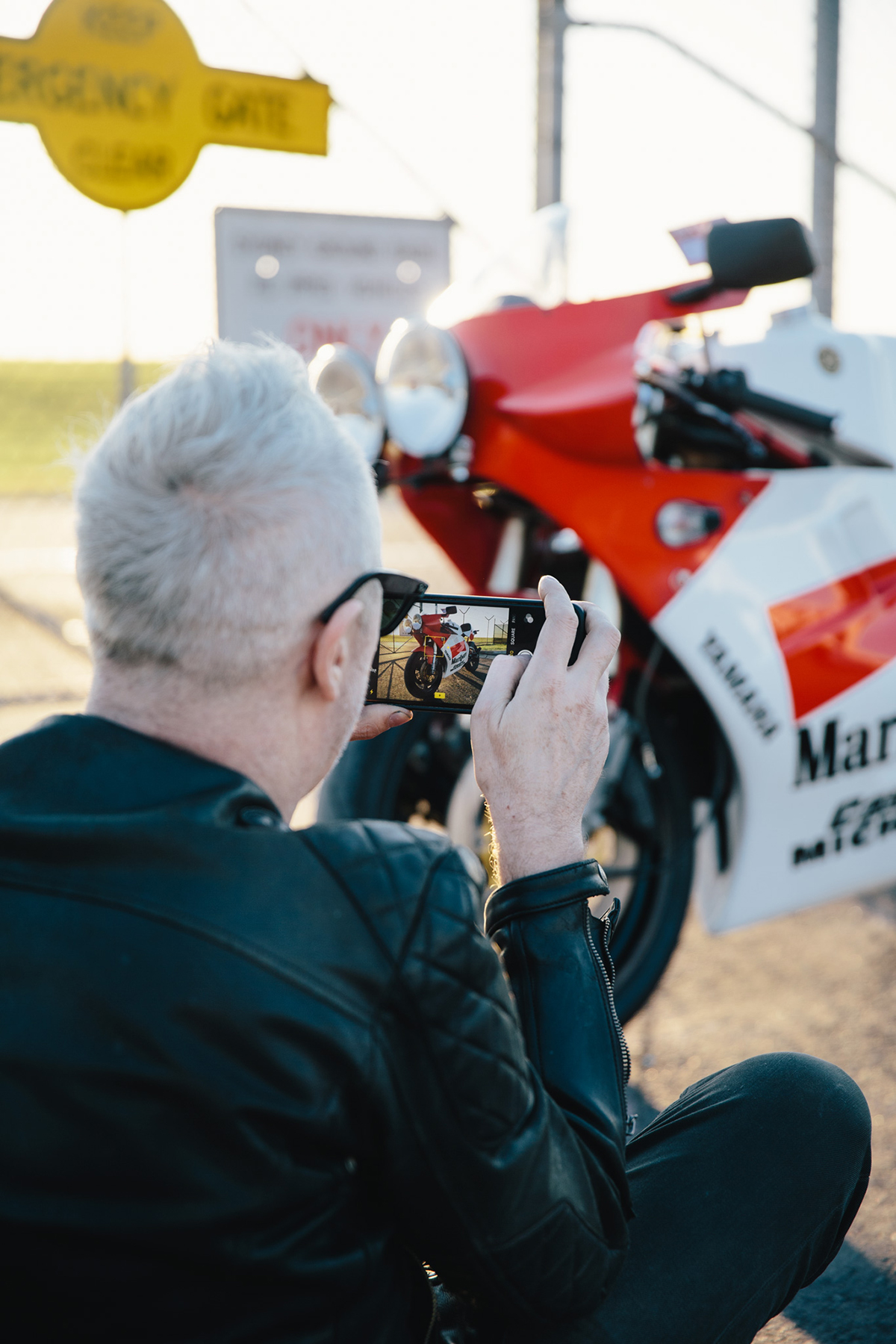 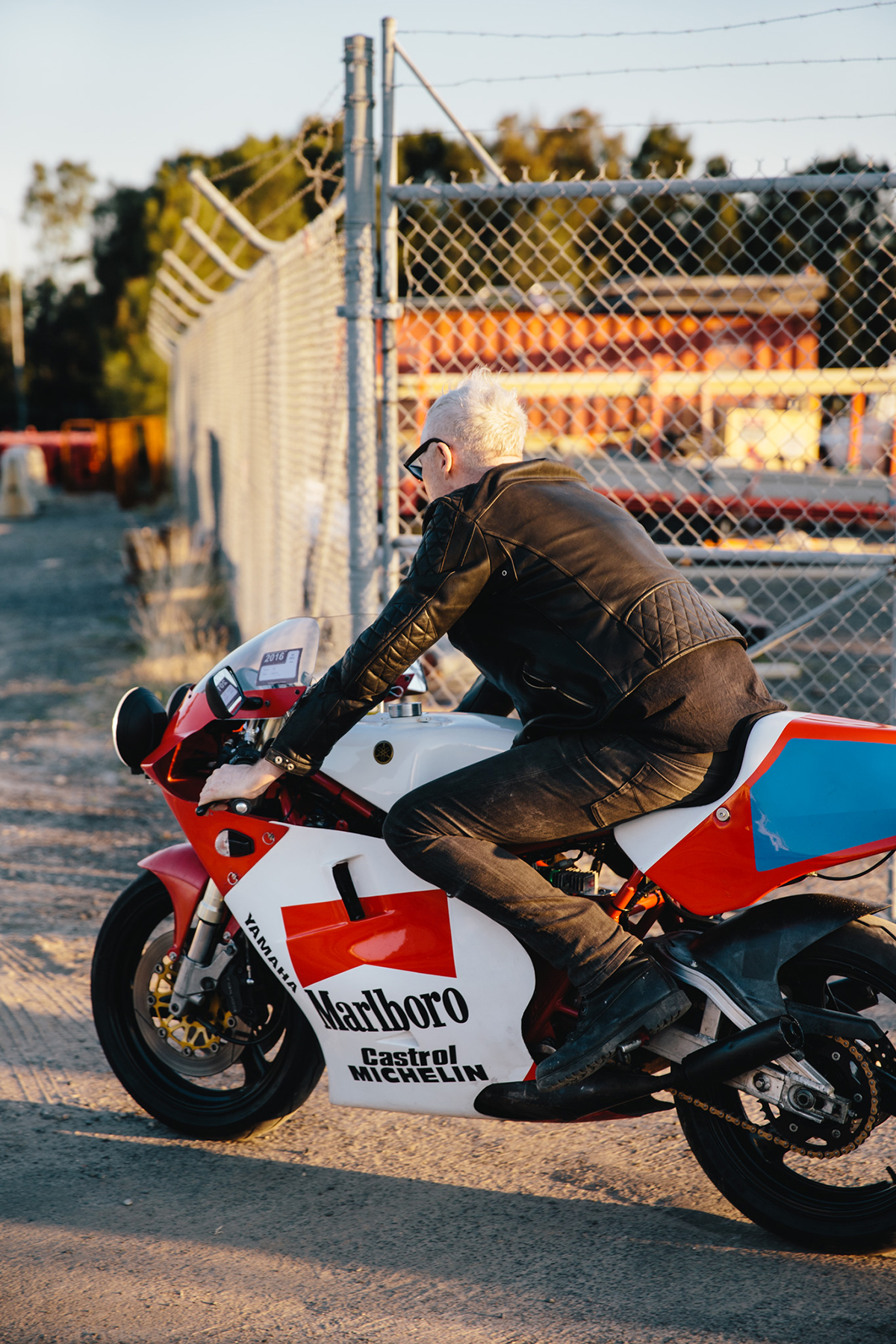 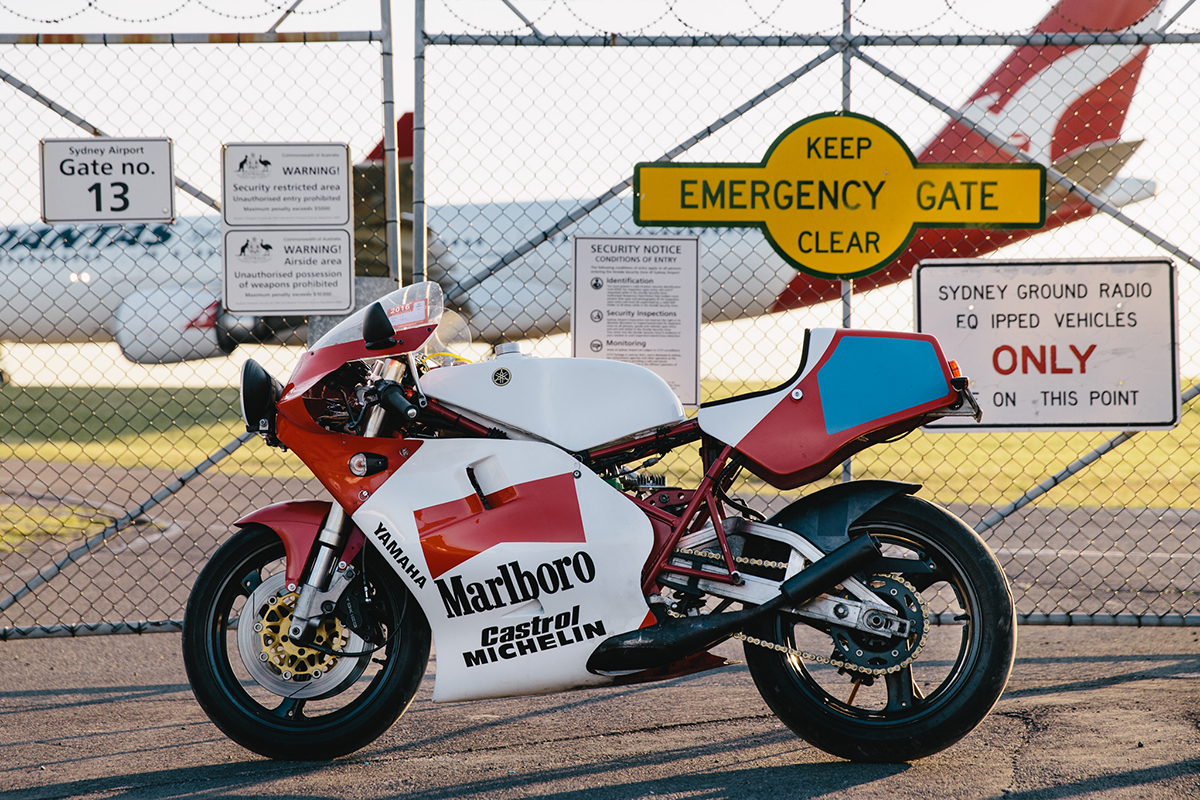 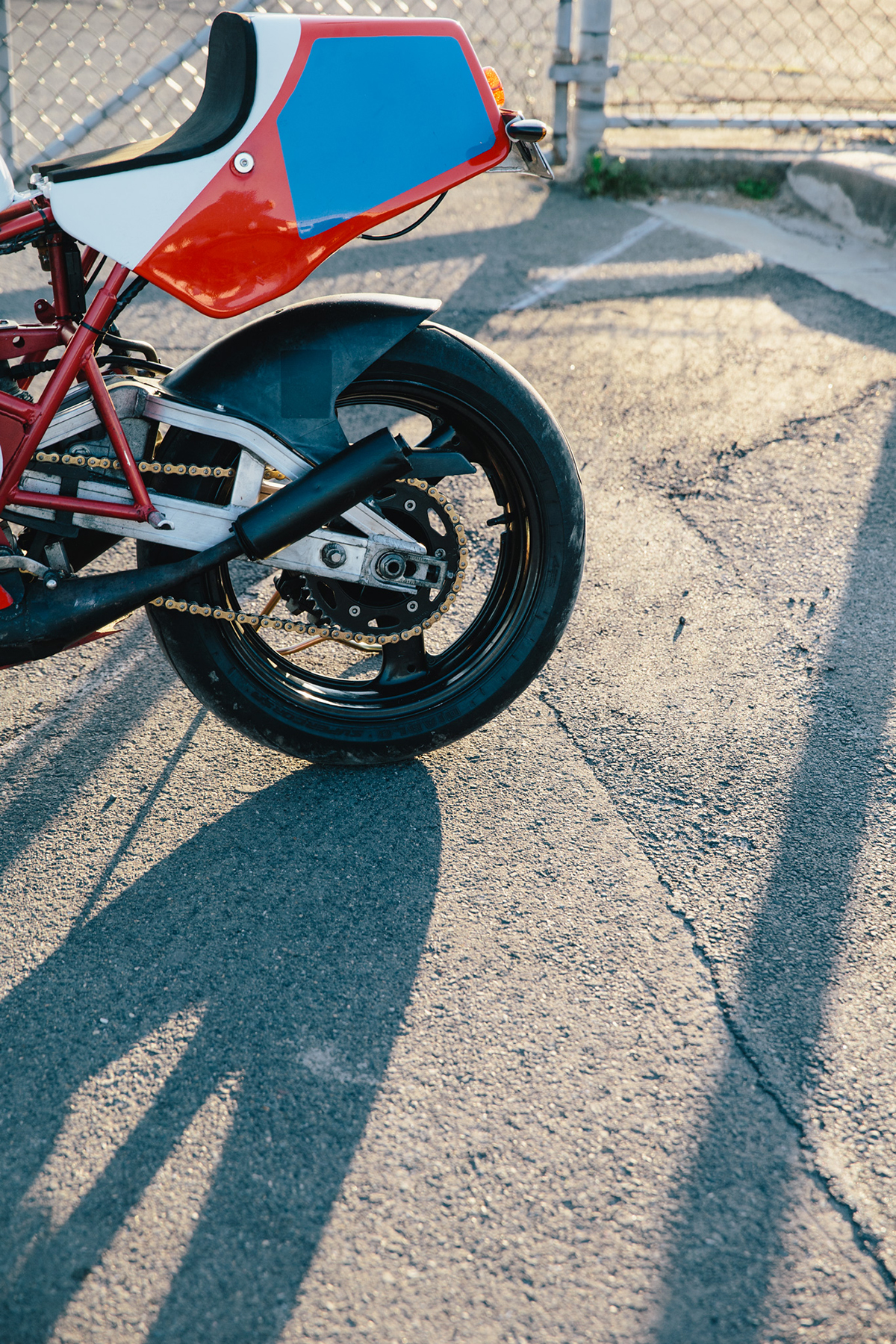 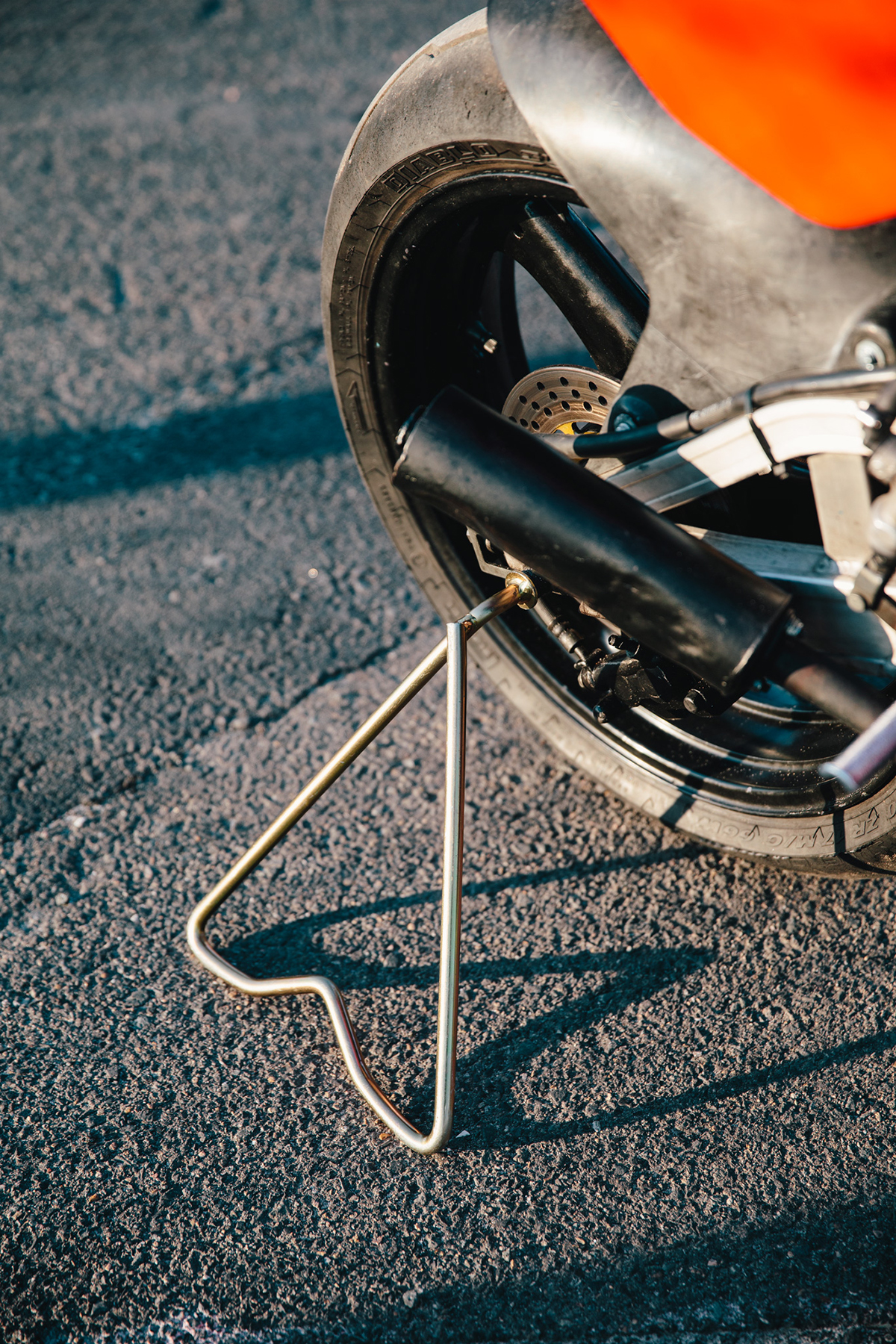 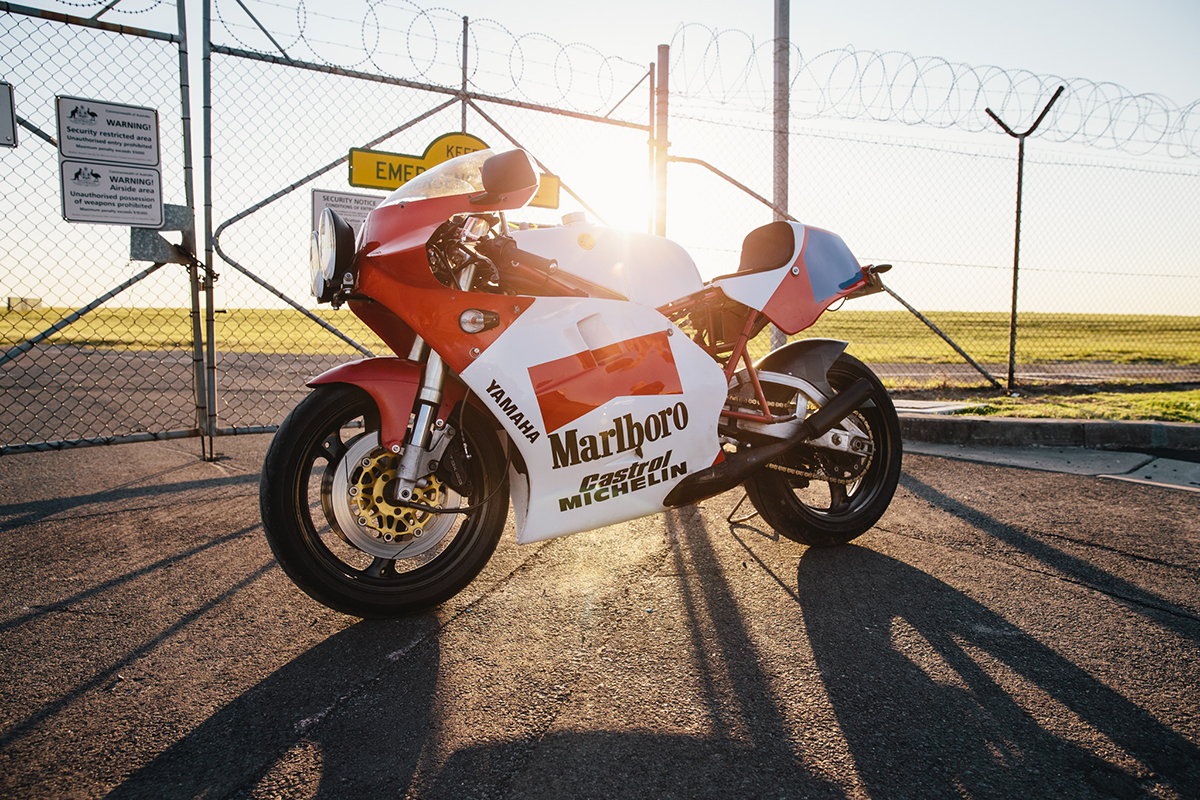