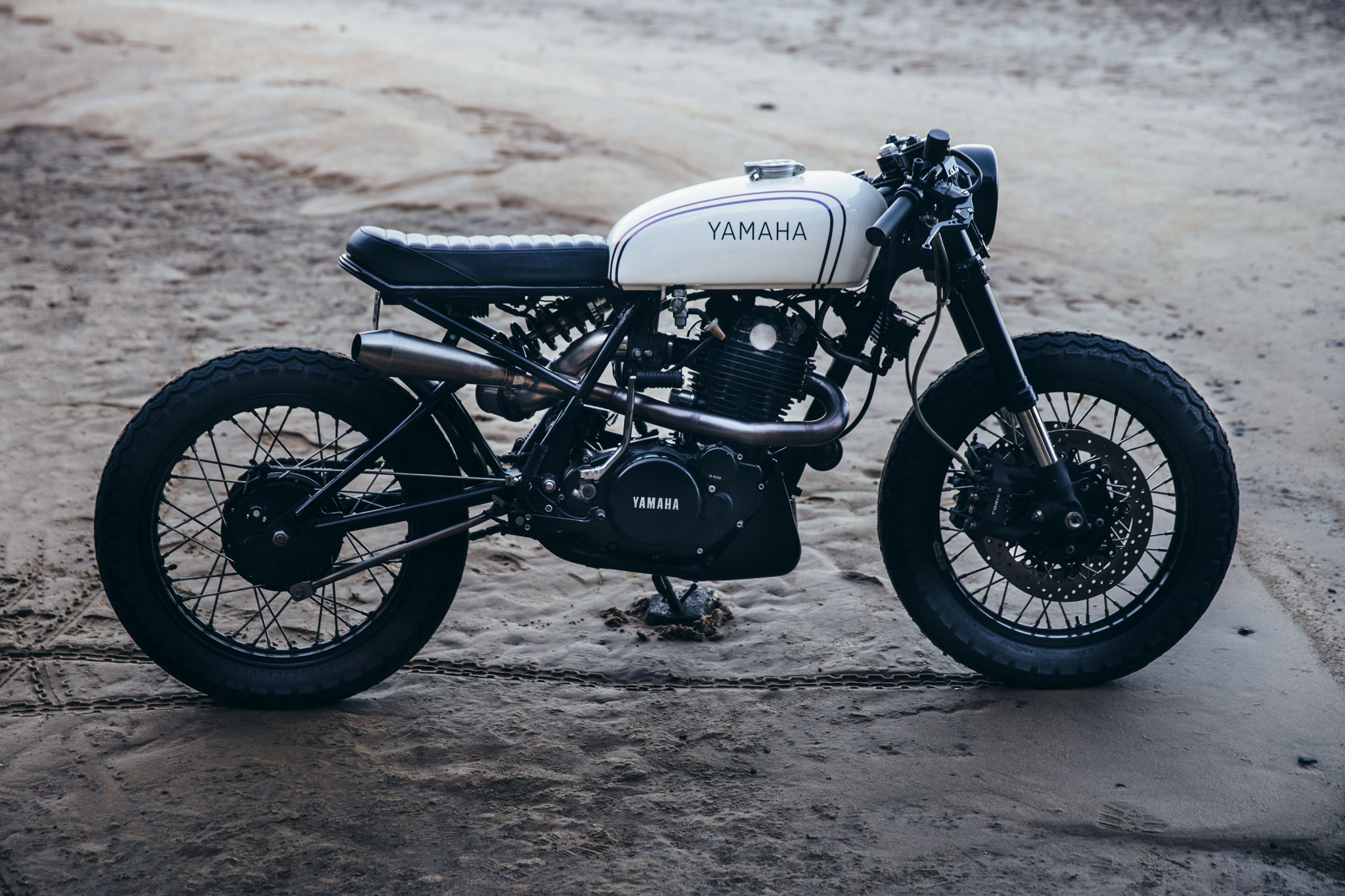 The Yamaha SR, a staple for home wrenchers throughout garages, living-rooms, and sheds across the country. This machine would be the foundation for Joseph, as he poured hours, dollars, and beers into a project that may never end. 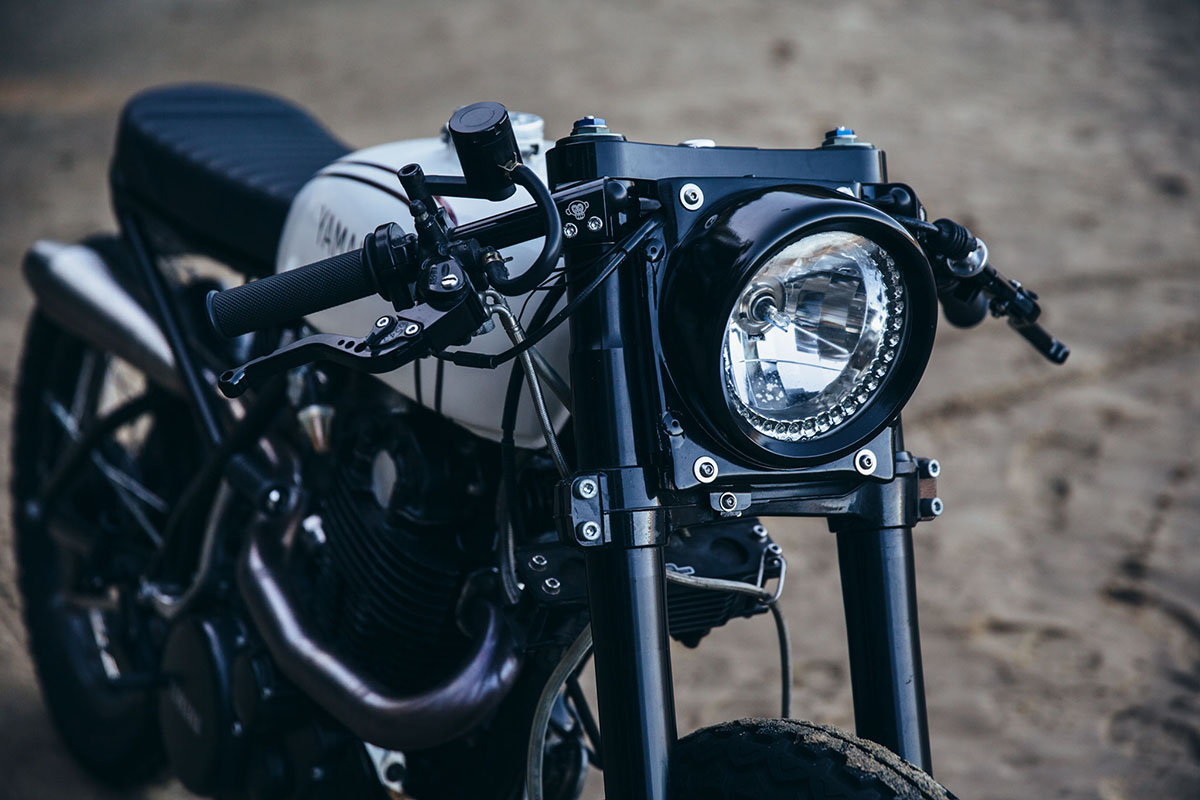 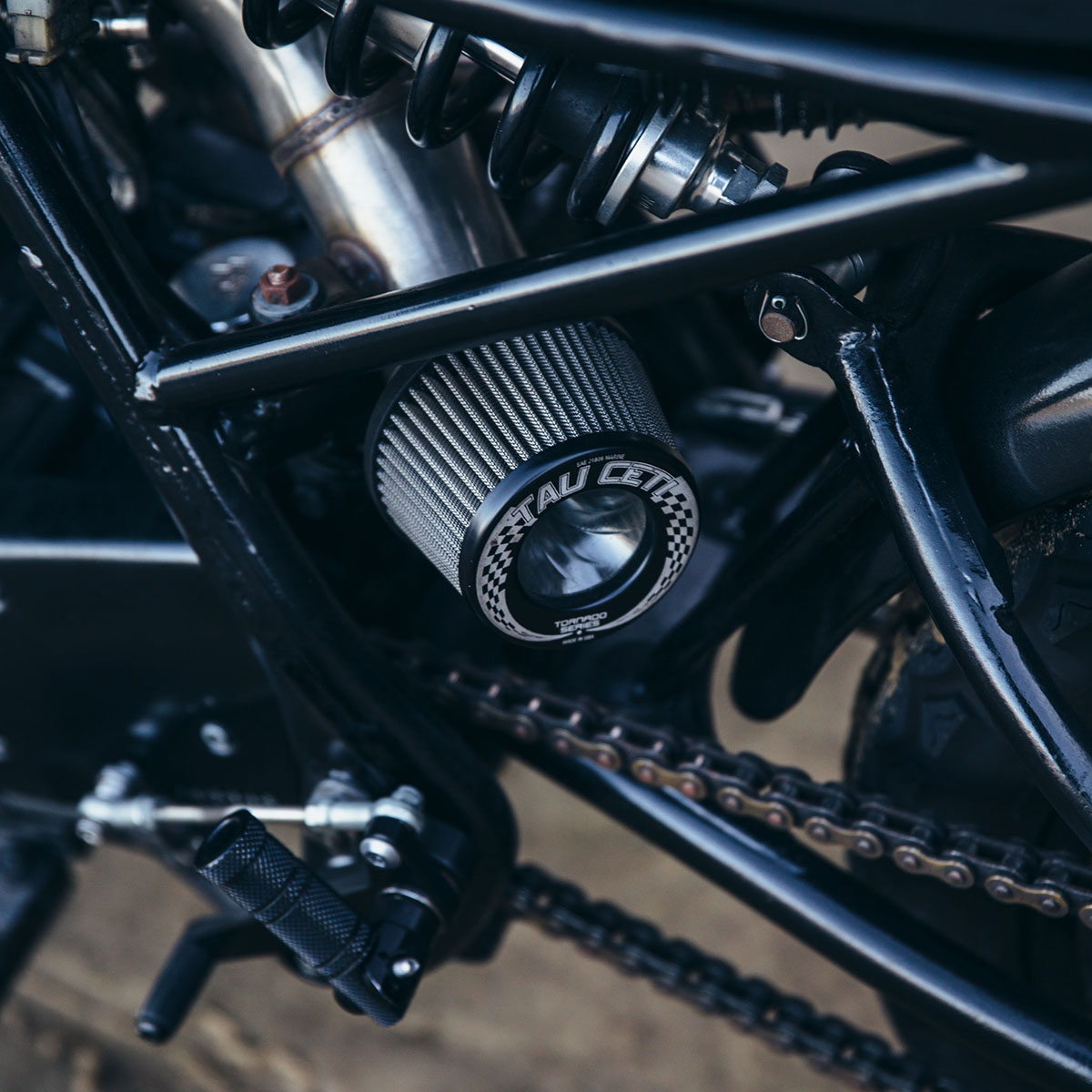 Having caught the motorcycling affliction later in life (if you could call 24 “later”) Joseph got his first set of wheels, an SR400, and was instantly hooked. The single cylinder thumper that had grown to such infamous popularity had claimed another victim. On becoming more familiar with his machine, the realisation that customisation was not as far-fetched as he had initially thought prompted some devious thoughts for some more ambitious work. 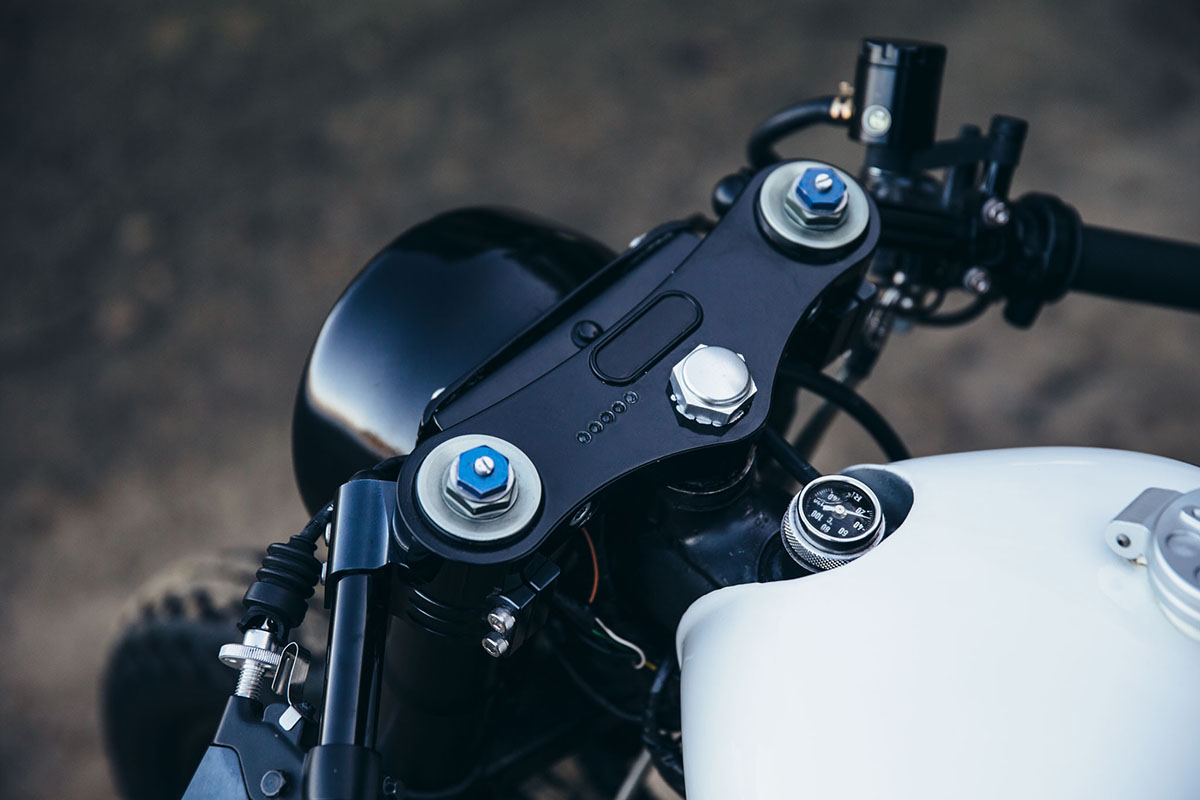 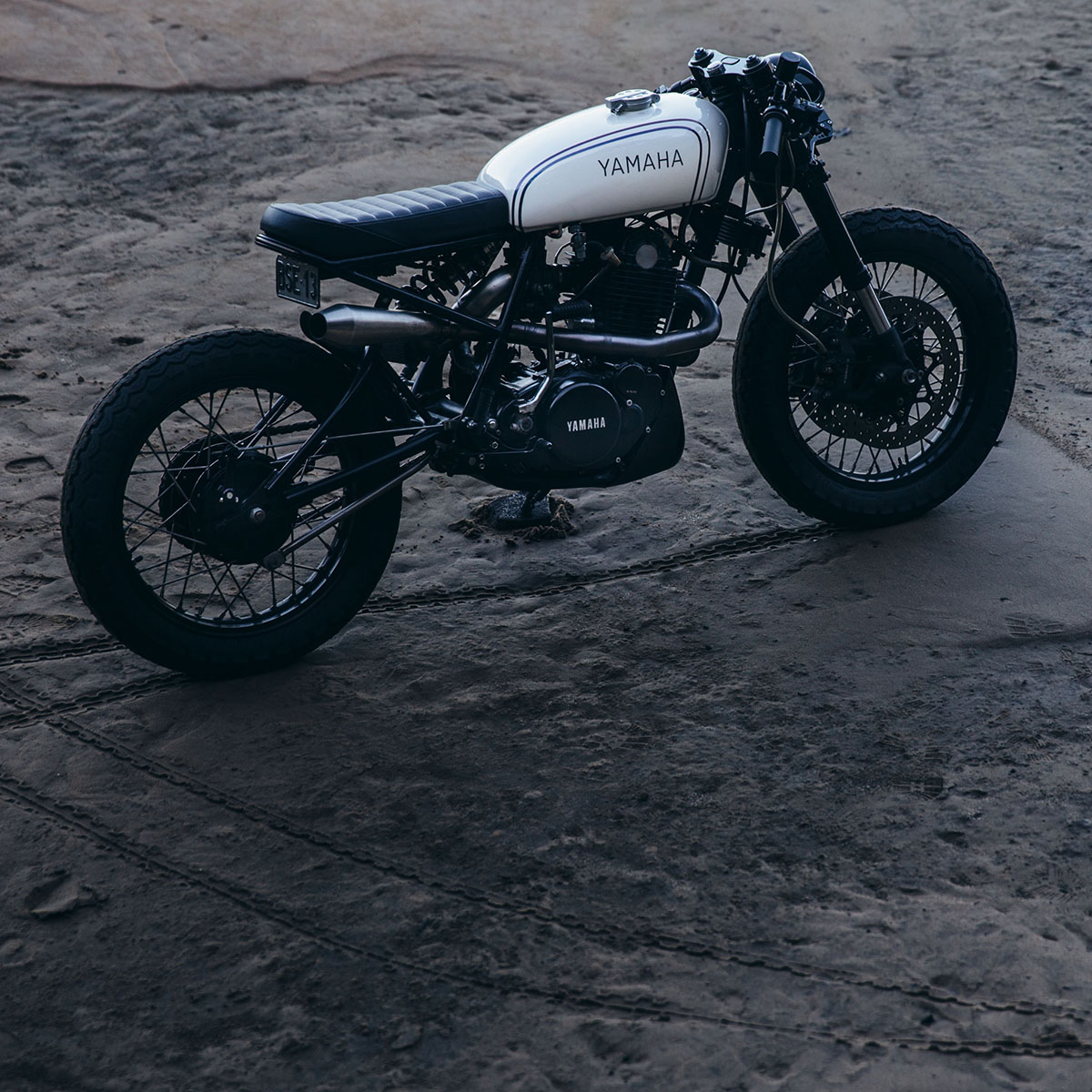 The time was nigh for a complete custom build for himself. His first SR was now sold, with the funds going towards a stock machine to chop, change, and make his own. “The plan was to purchase a cheap SR500 which, after a service and clean, would be worth more than I paid. Why I thought this made no sense at all, as all I did with my previous SR was paint a few covers and fenders black.” The plan for a cheap SR500 was fulfilled, as a longstanding listing at a wrecker accepted the price that Joseph offered. The intentions to simply service and clean this machine were now thrown out the window, and the gremlins would show their faces. 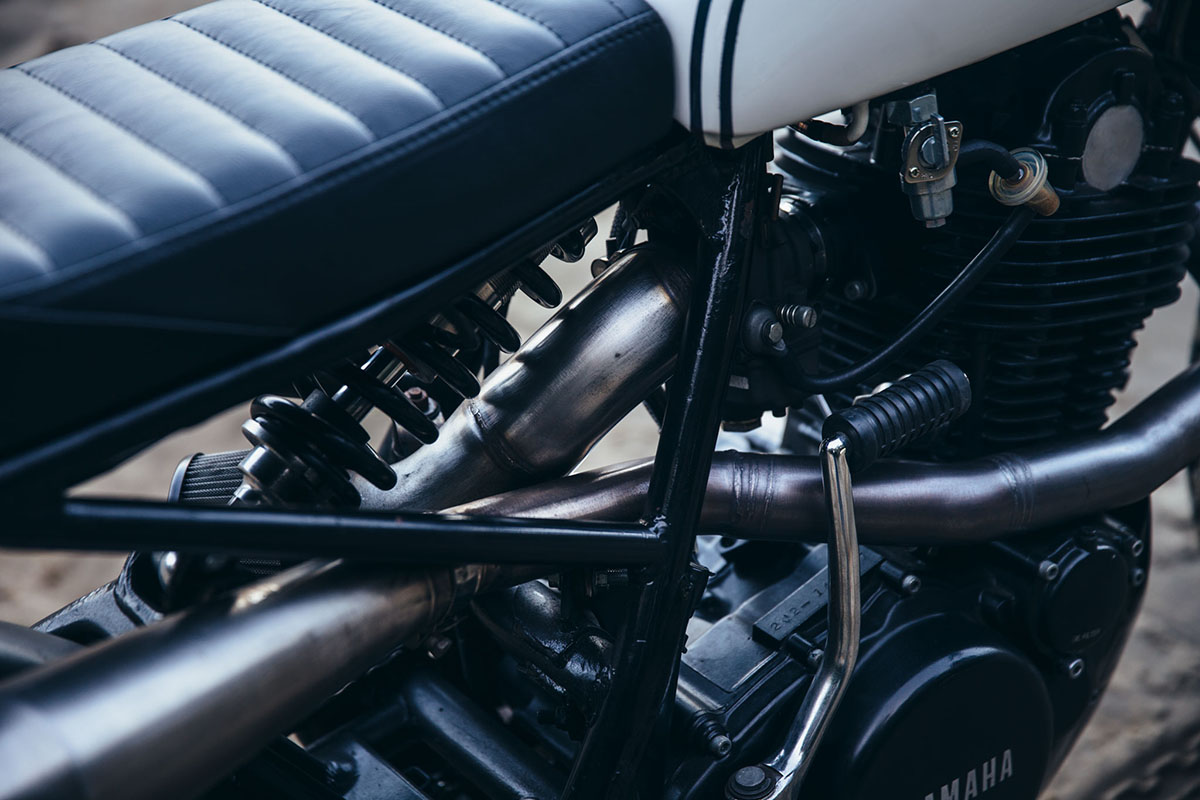 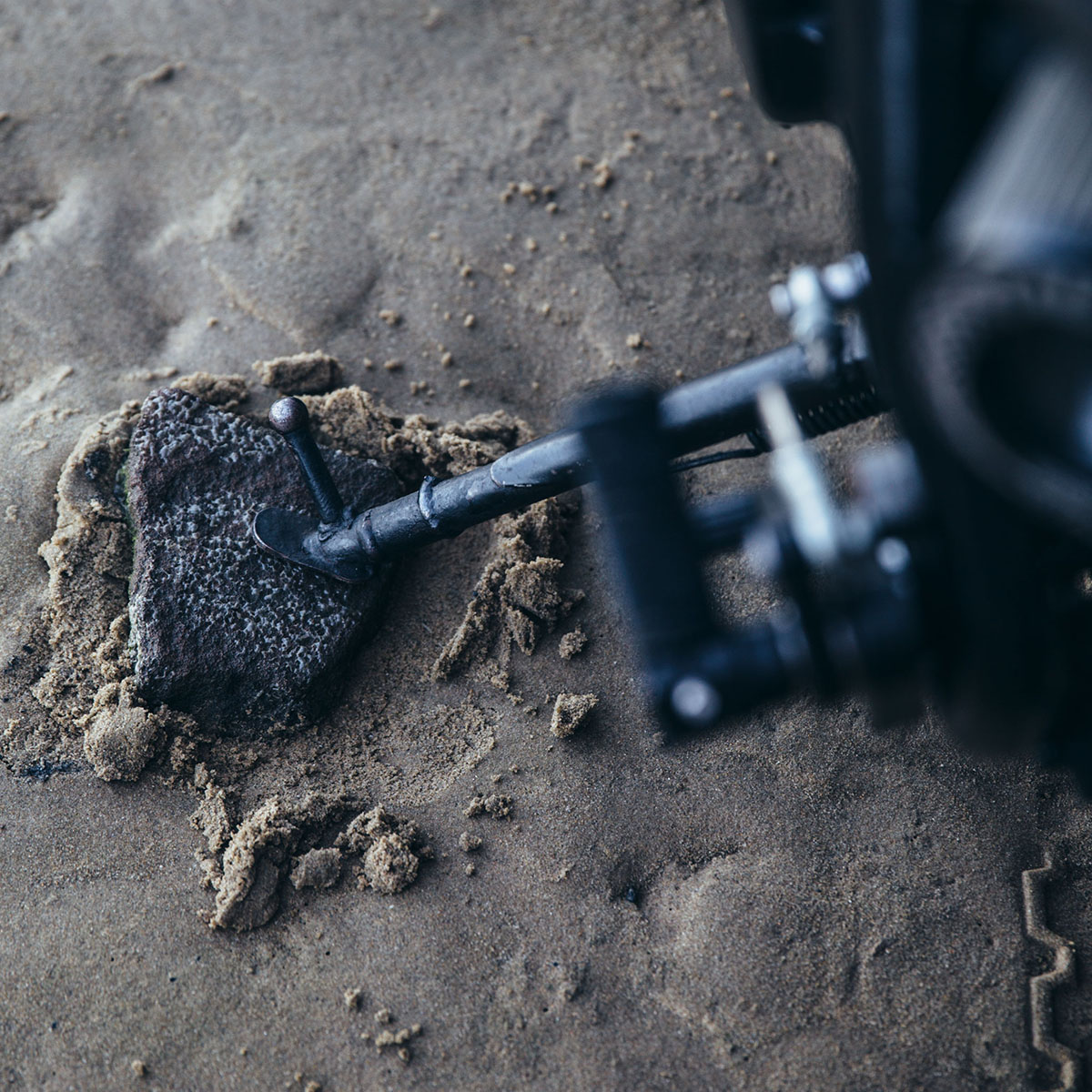 The reality of this thrifty bike purchase now began to set in, as a complete engine rebuild was put at the top of the growing list of work to be done to get this bike going. “With my knowledge still limited on these bikes, and the only bike mechanic known to me being from where I purchased my first bike, I returned to him for some help. I picked up all the parts I needed for the engine rebuild and got researching for the next step.” 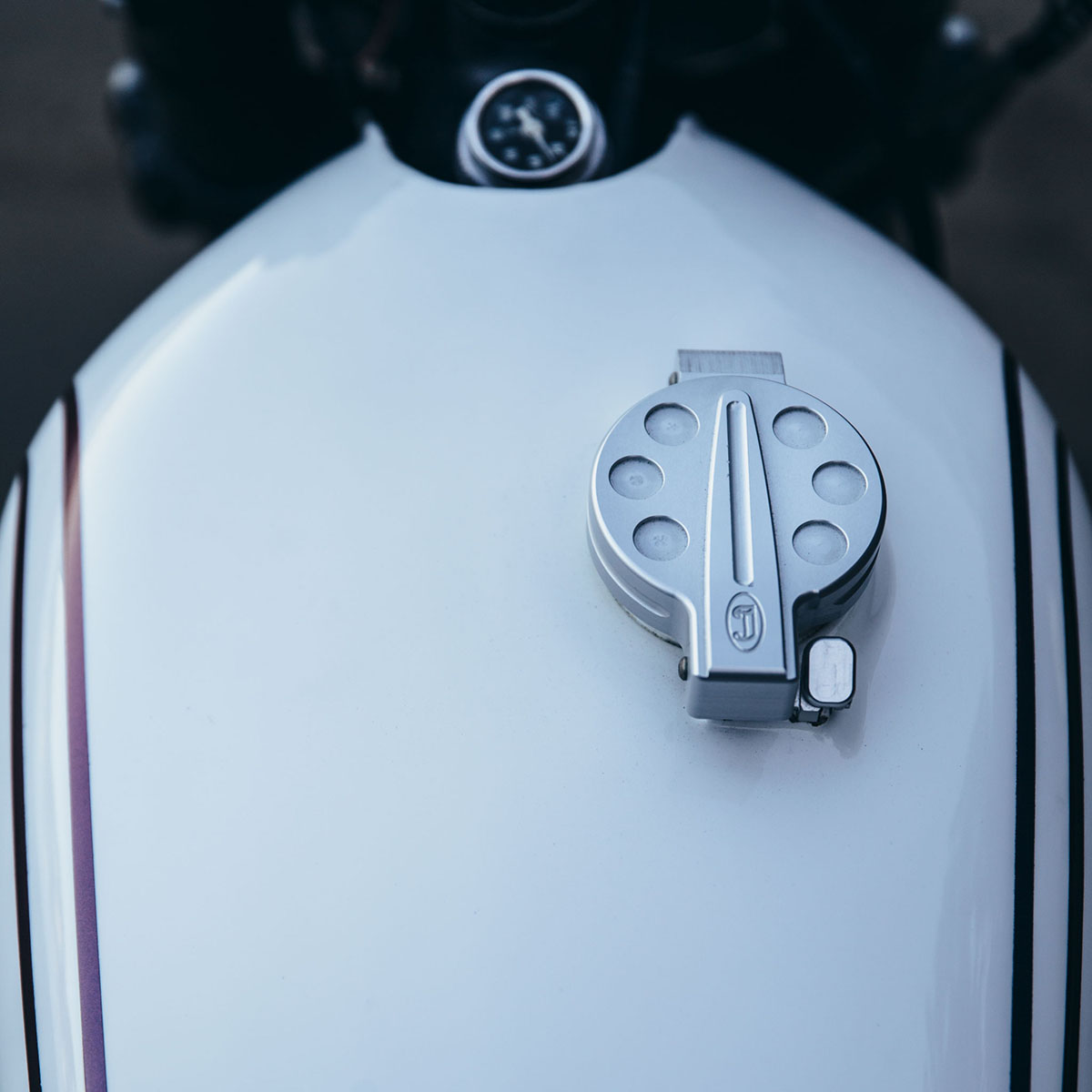 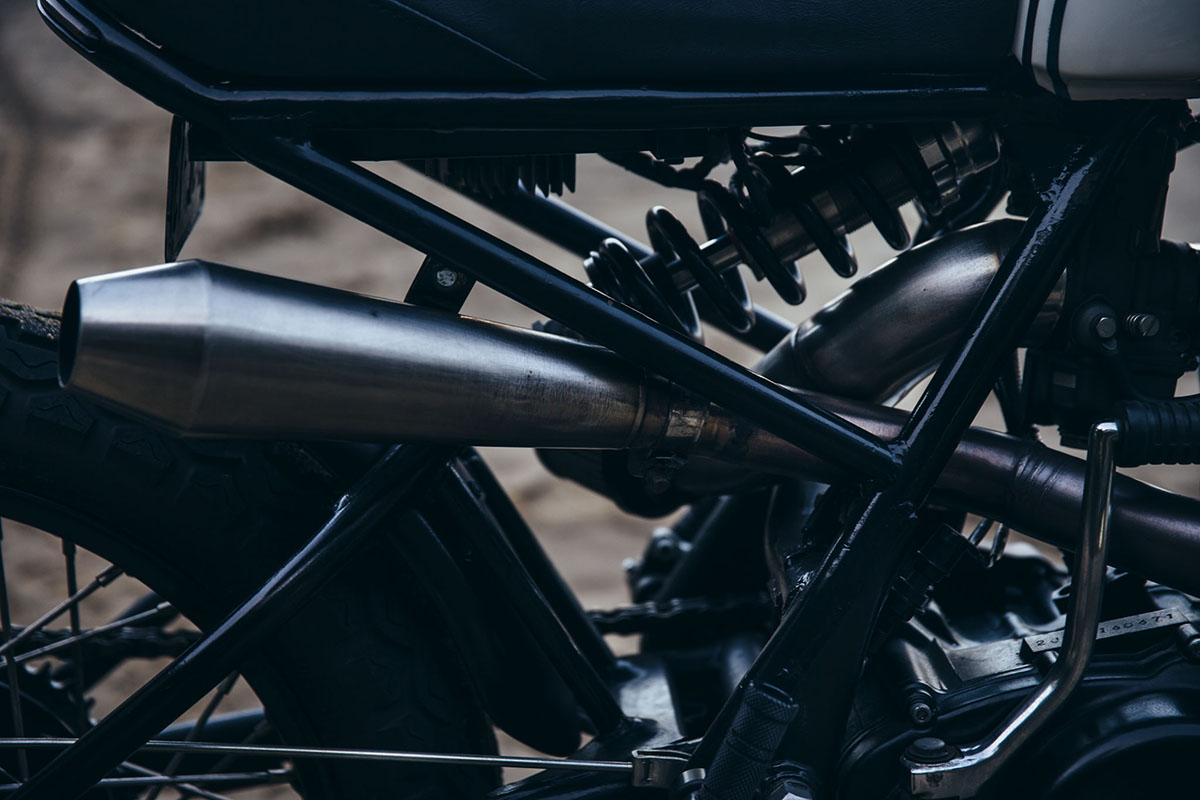 It would be a long awaited year for the rebuild to take place – so much for a quick fix and clean. “This has really become the overall story behind this bike. Nothing has ever been quick/cheap, but I haven’t been able to stop. Deus was definitely at fault for putting this idea in my head. I purchased a ton of bolt on bits & eventually finished. It looked like a simple typical Deus SR with my own colours, but with my obsession growing & constantly seeing what could be done, I was far from done.” 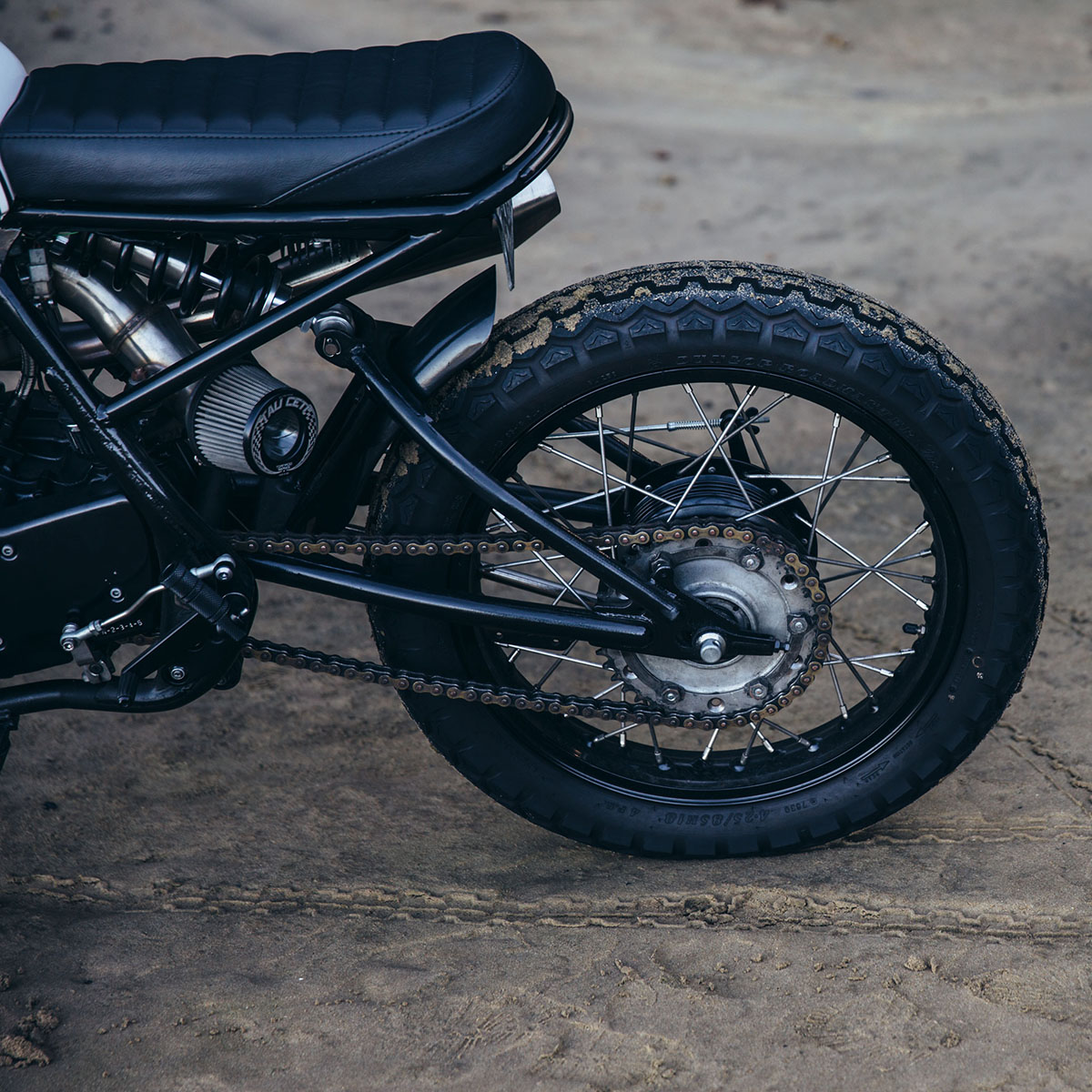 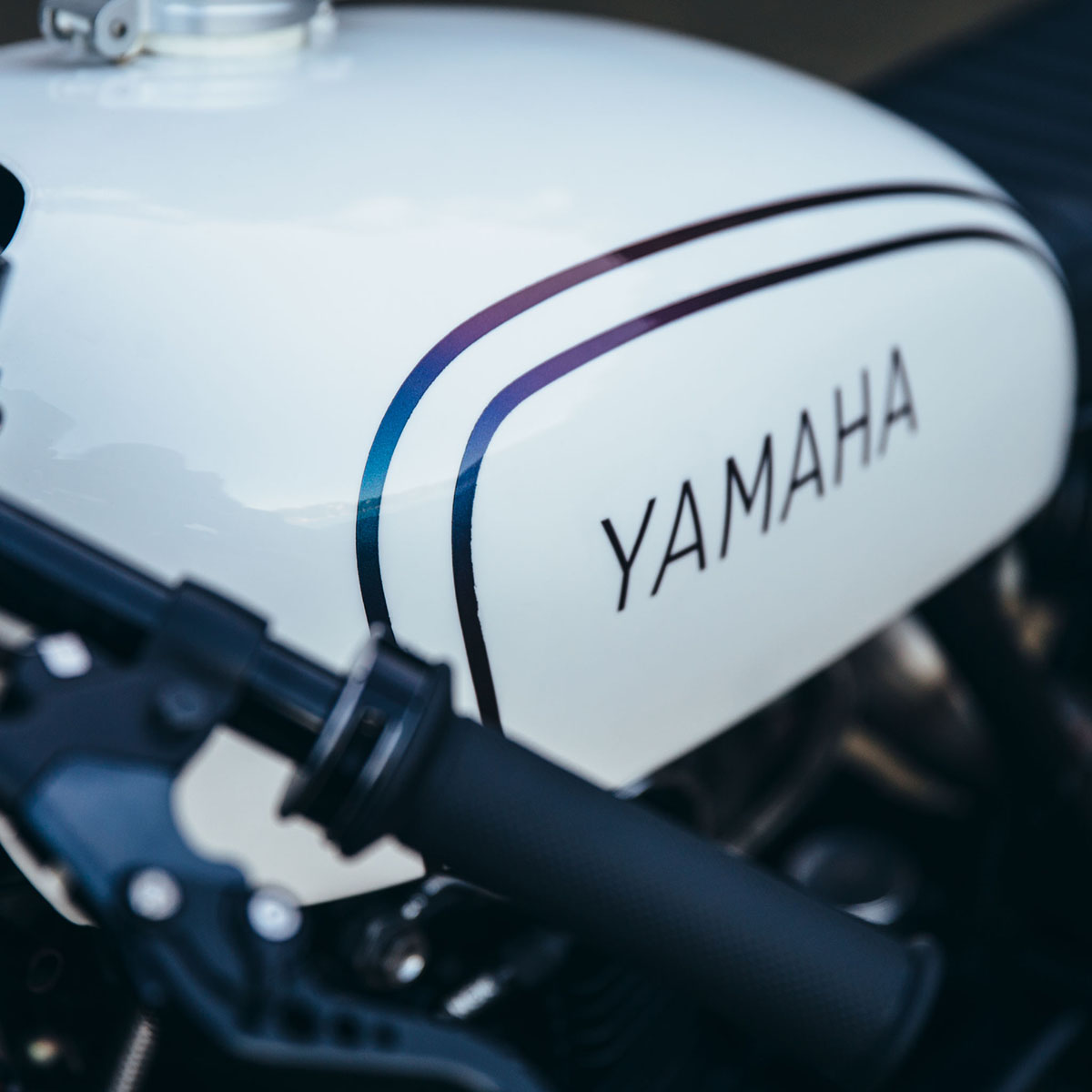 Back from the engine rebuild, this once dead stock, worse for wear machine was running once more. Now for the fun part – the chopping. Having poured through what must have seemed like hundreds of custom SR builds, in a huge array of styles, the plans for this build became grander. “Unfortunately I realised that everything I wanted to do to the bike needed to be made to measure and custom in every way. In addition to that, I was informed about power upgrades, which was something I just couldn’t Ignore. Did I need these upgrades? No. Did I want them? Yes. I sourced parts from all over the world, setting up a MyUS account so that nothing was out of reach. The funny thing is that the only thing currently on the bike now that was on the initial build (minus the engine) is the fibreglass JVB headlight. Every part chosen was to provide a look and overall performance and handling.” 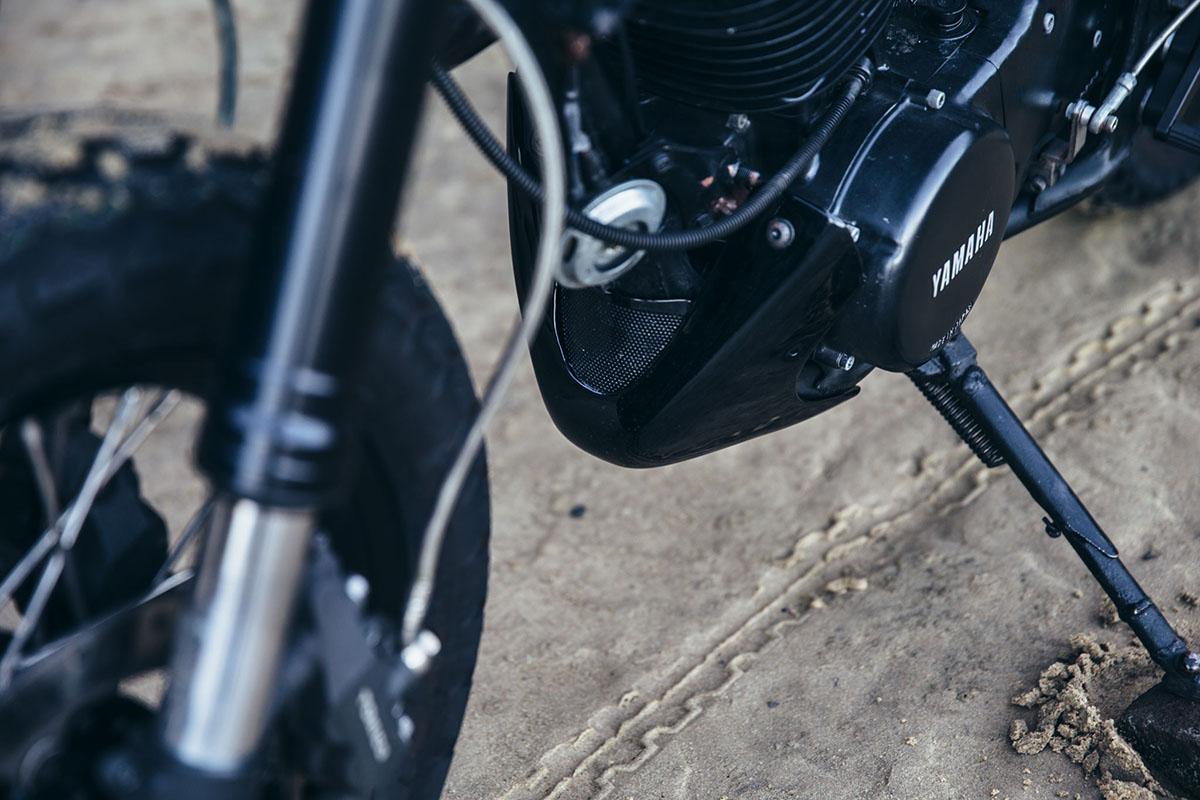 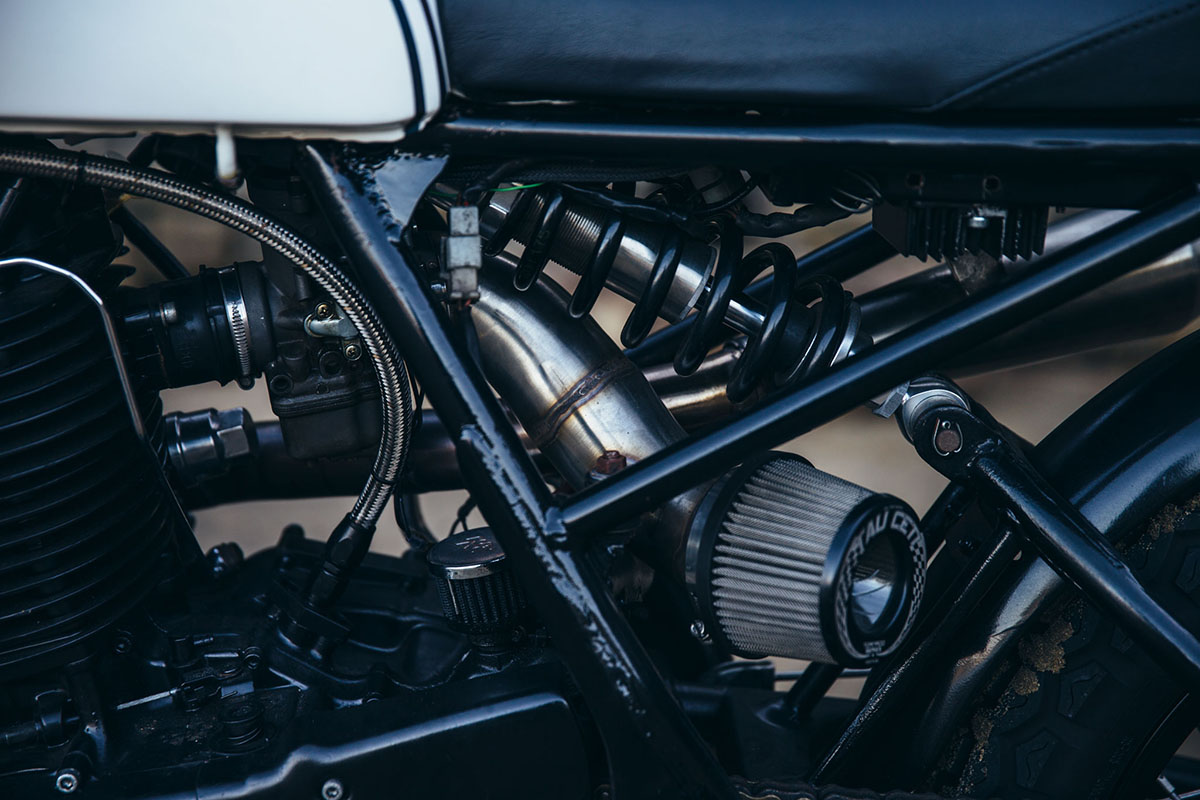 The balance/battle between form and function was rife throughout the build. Parts to improve performance, while others to fit the goal aesthetic were applied and sacrificed along the way. “The look of the bike definitely took priority, as I know it’s only an SR and I’m not a track guy. From the GSXR front end, the mono shock, the CB250 gas tank for the perfect line, custom exhaust, Dellorto 40 Carb, everything came together to give me everything I wanted from the bike and much more.” 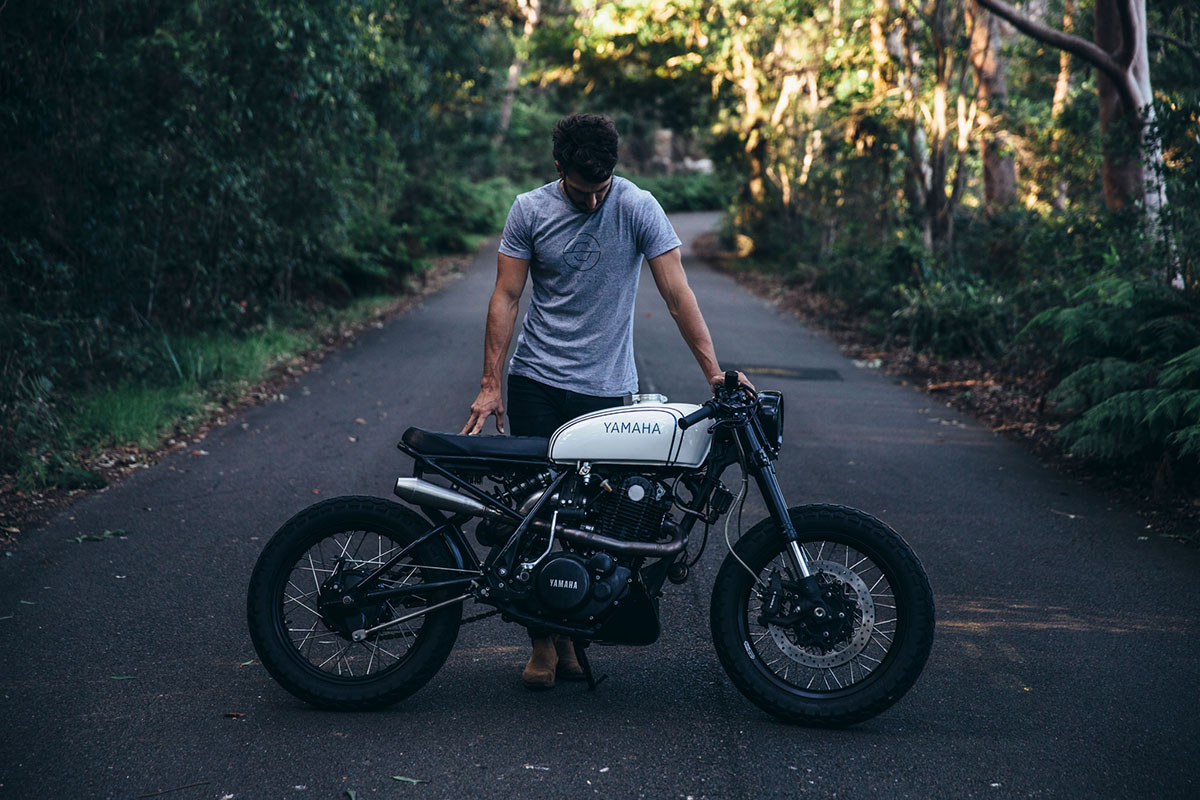 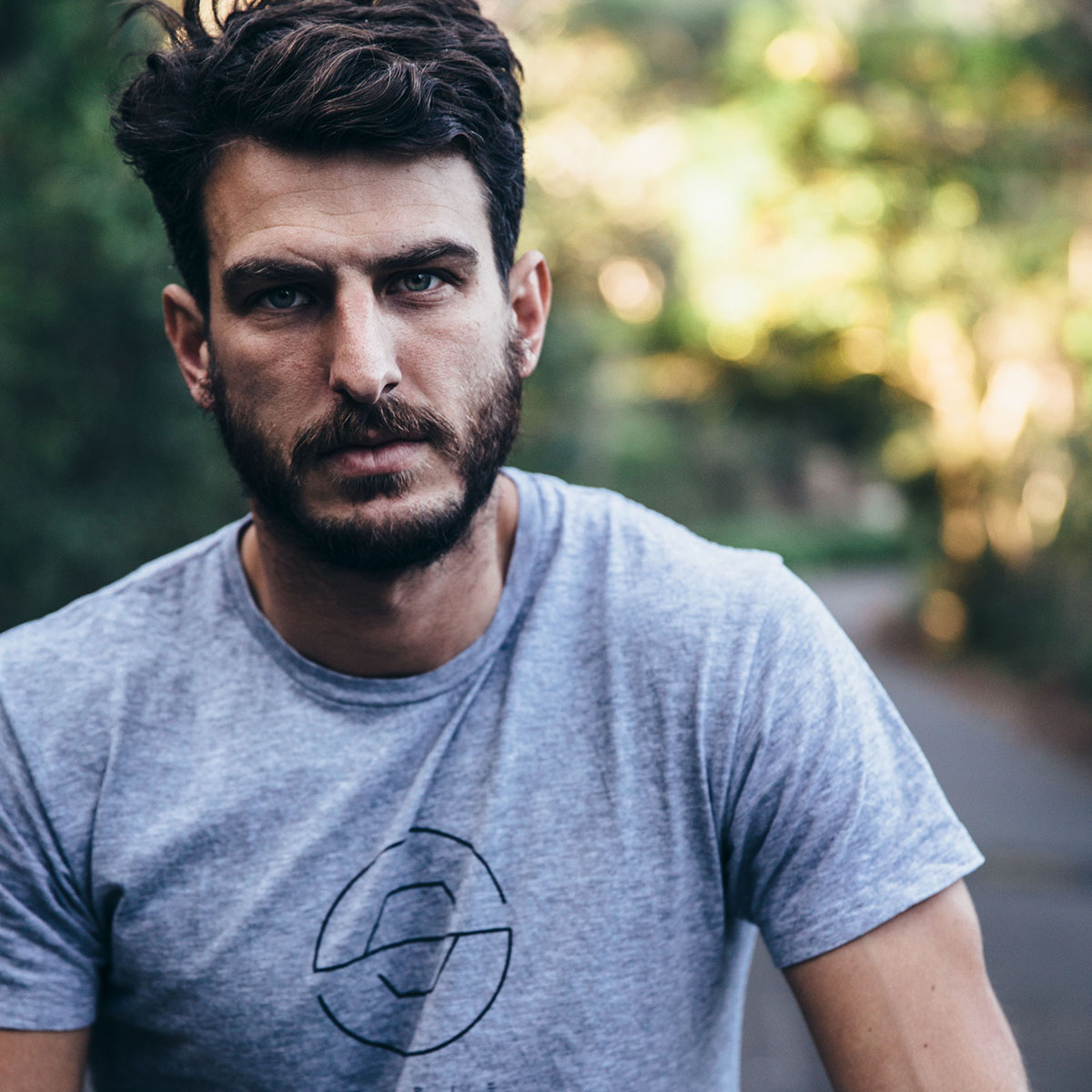 “The major hiccup with this bike was me constantly changing my mind. The bike has had 3 very similar looks, but it was always missing something. Not something to anyone else, but to me and how the bike should look. I would try to do as much as possible, minus any machining, engine work, and brakes. Other things I would try, I would usually fail or mess up & have to send it off to reset my mistake before trying again. After a while I realised that there was no time limit, and that things would be done in due time. In the 6yrs of owning this bike I would say its’ been ridable for 1 year, and that’s me being generous! I constantly get laughed at by friends with that piece of info. It’s now become a known thing that this bike will never really be finished.” 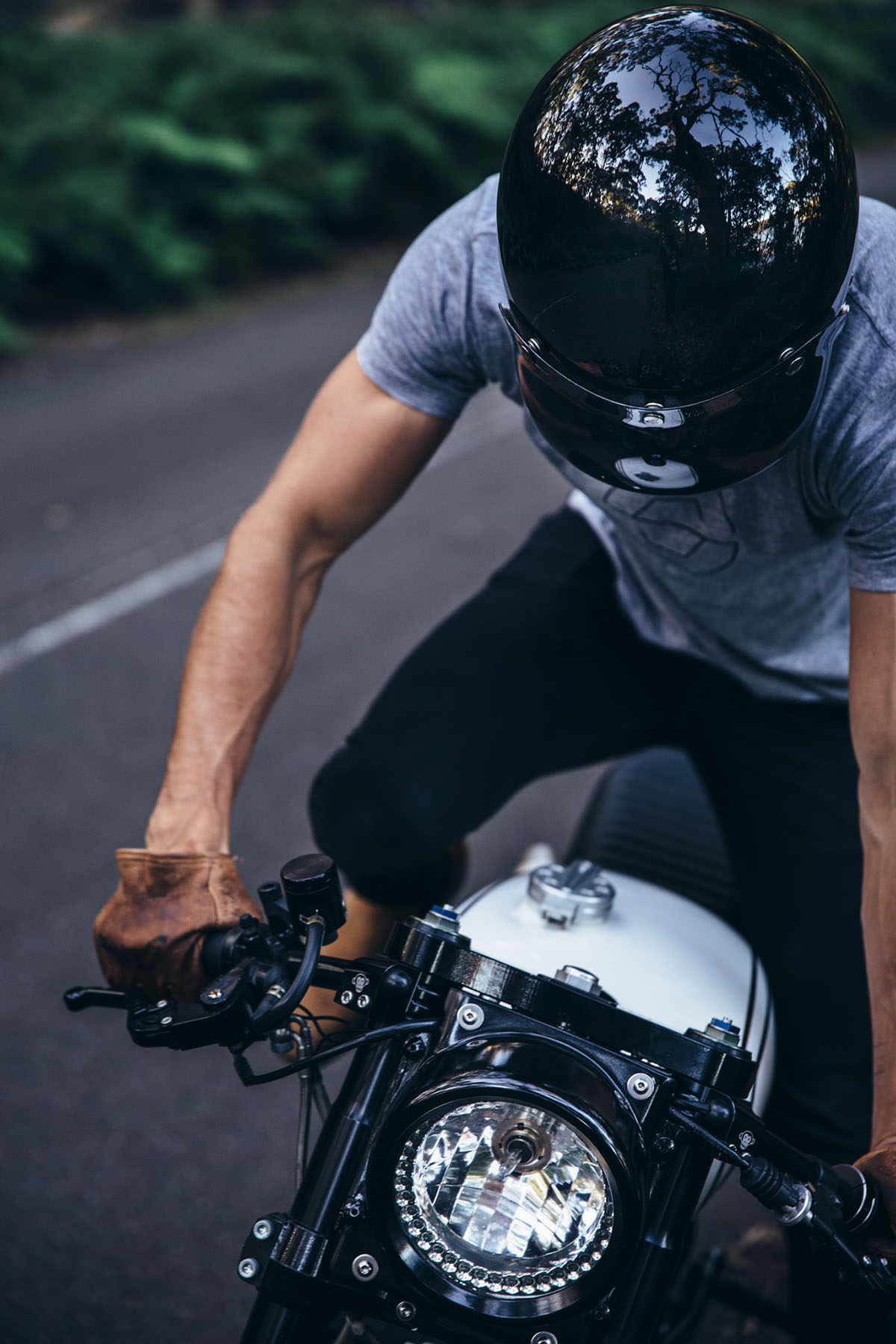 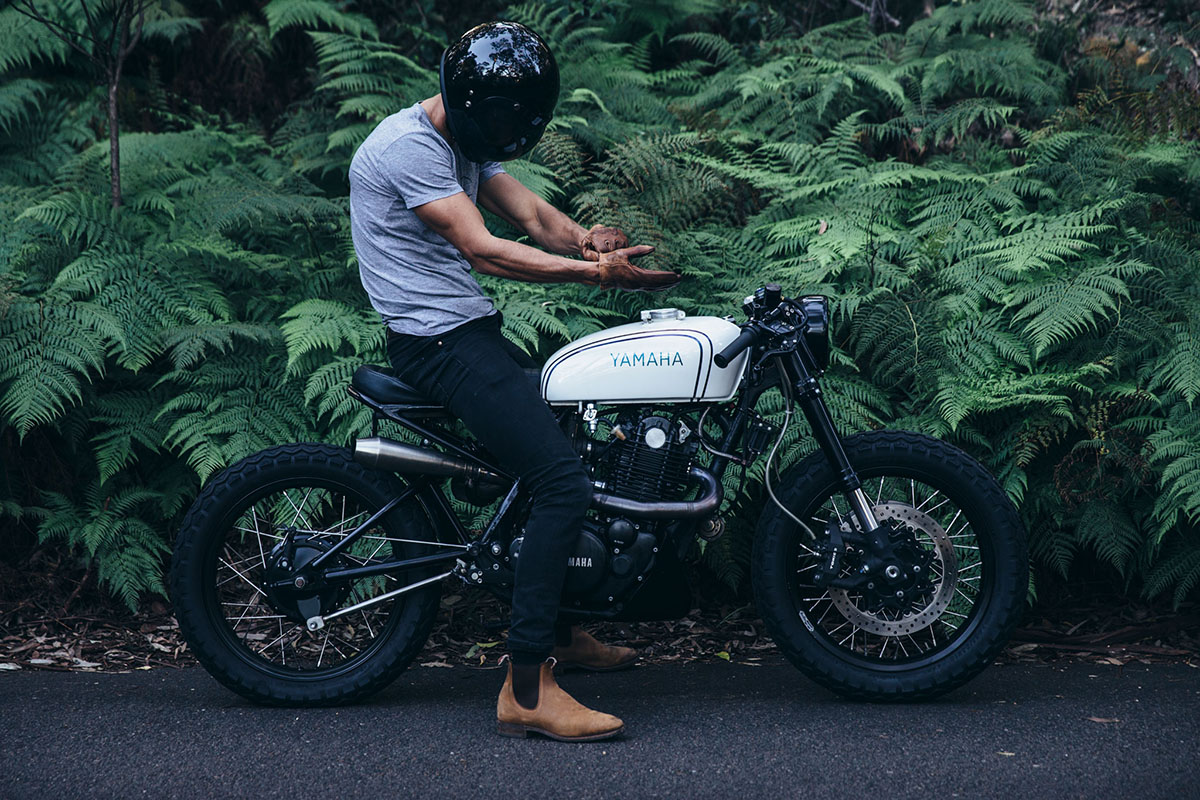 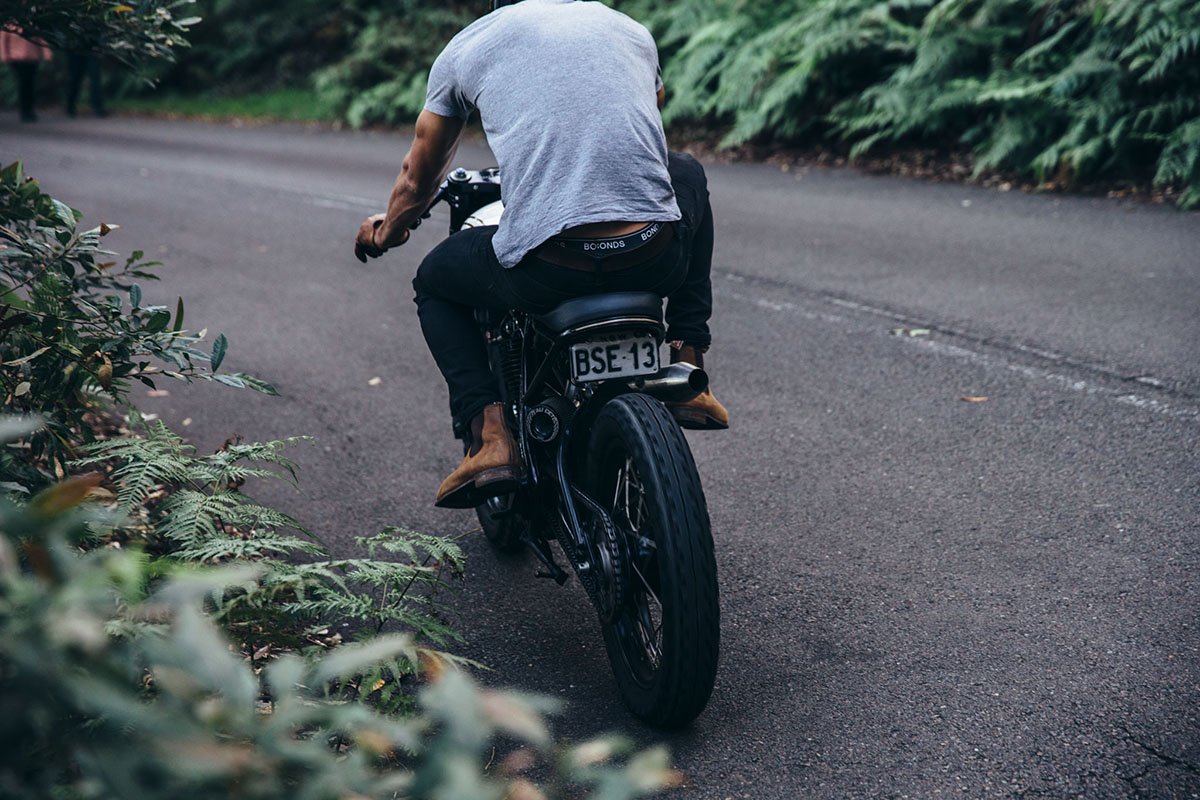 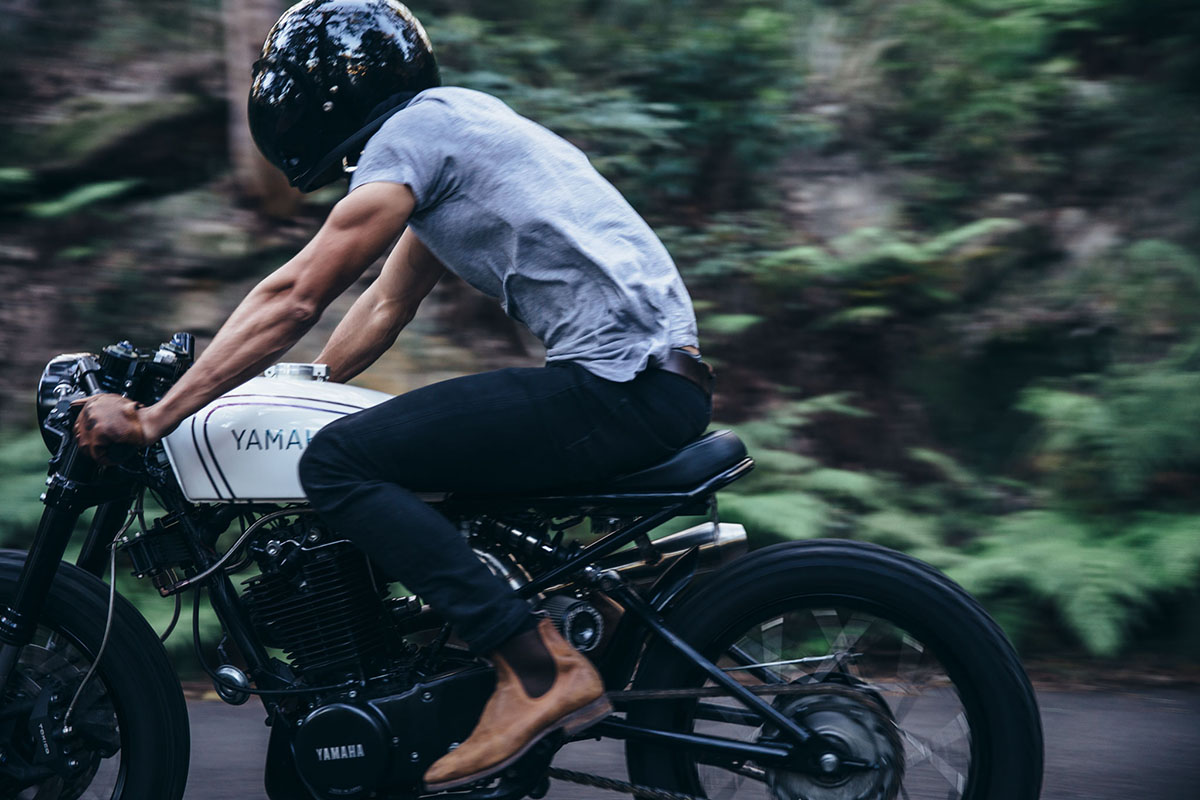 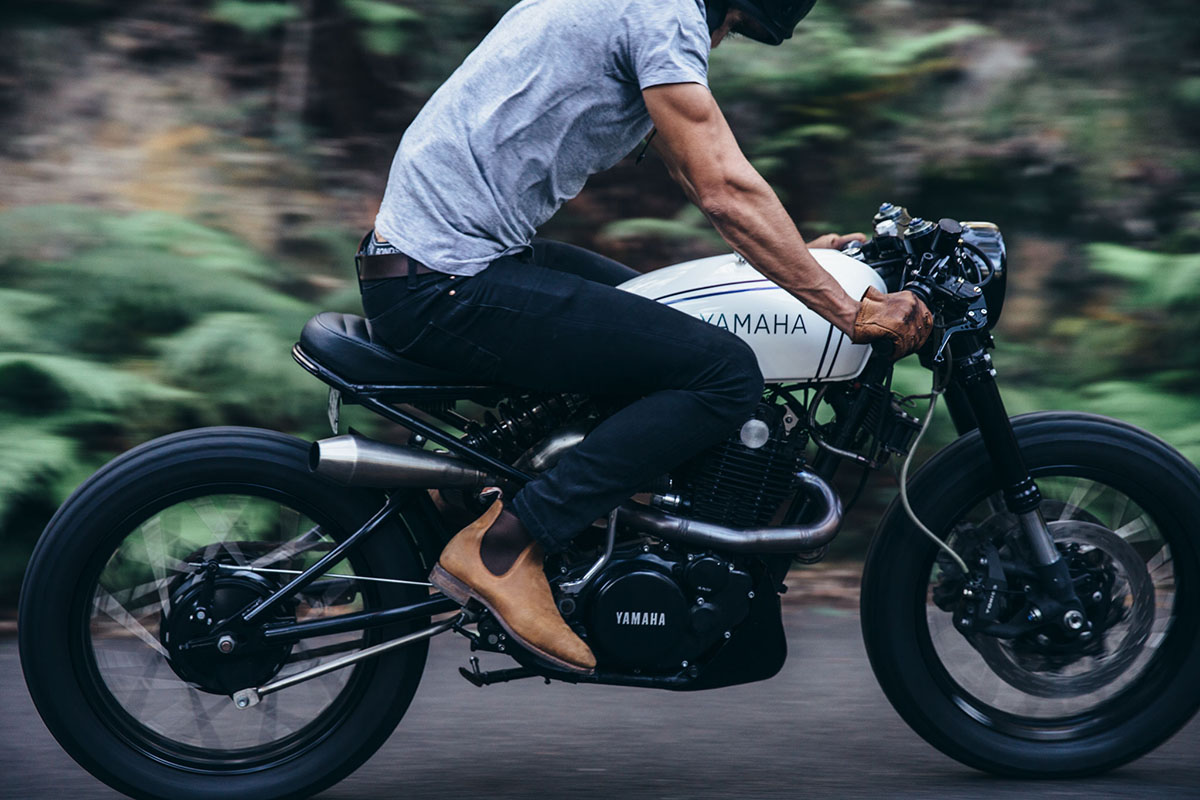 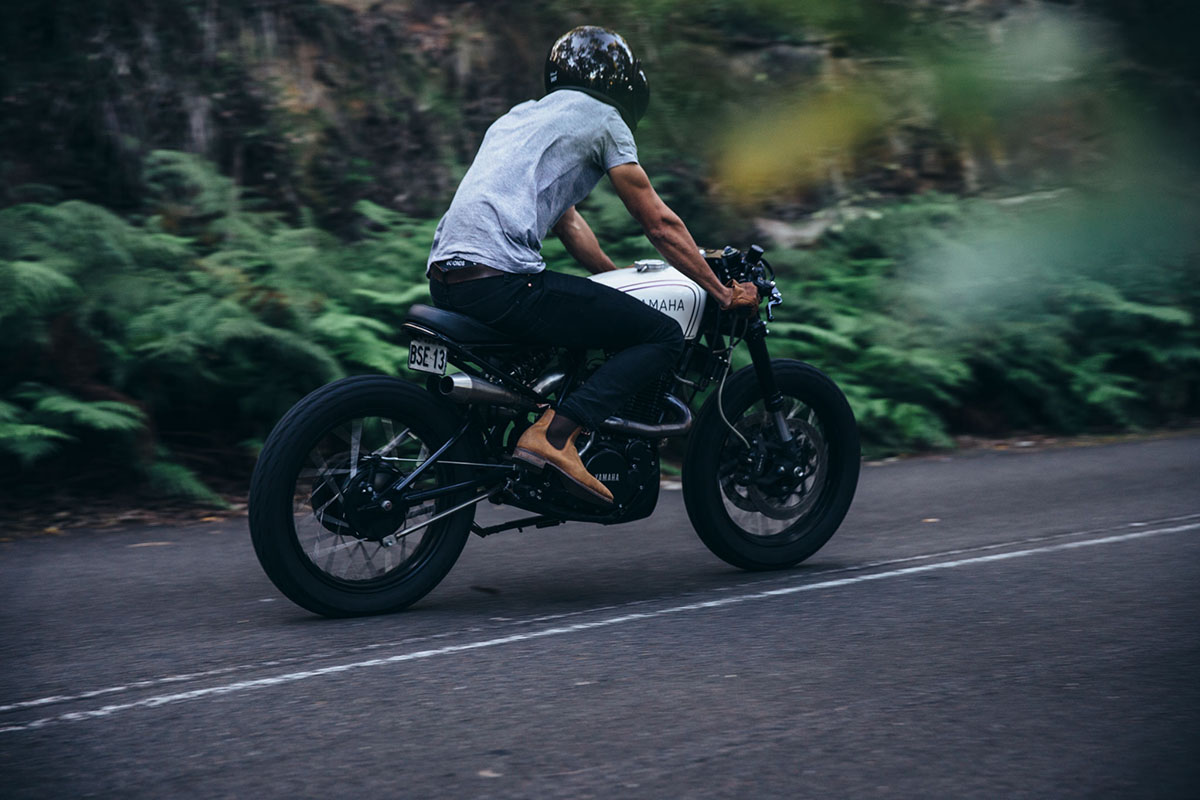