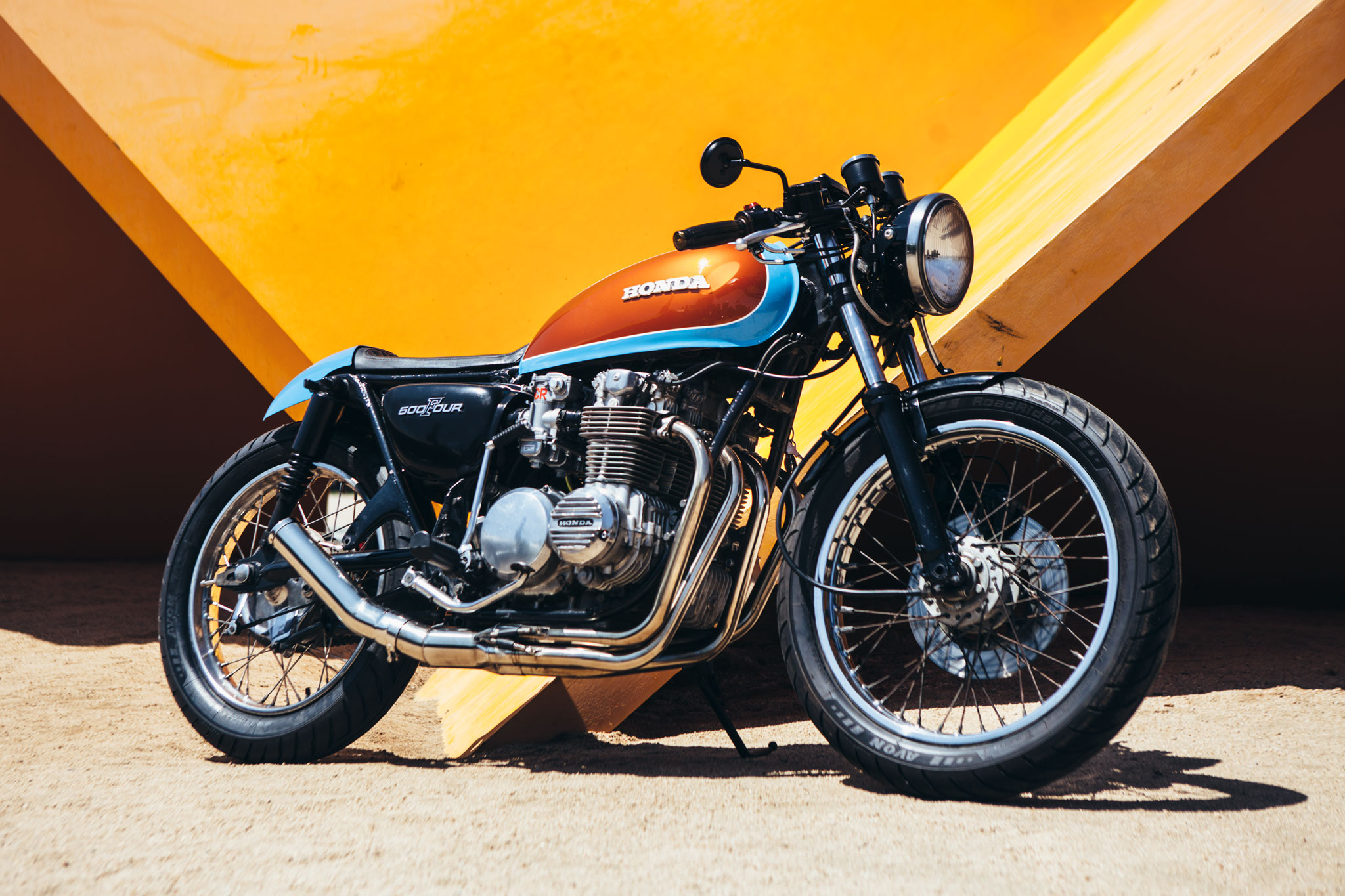 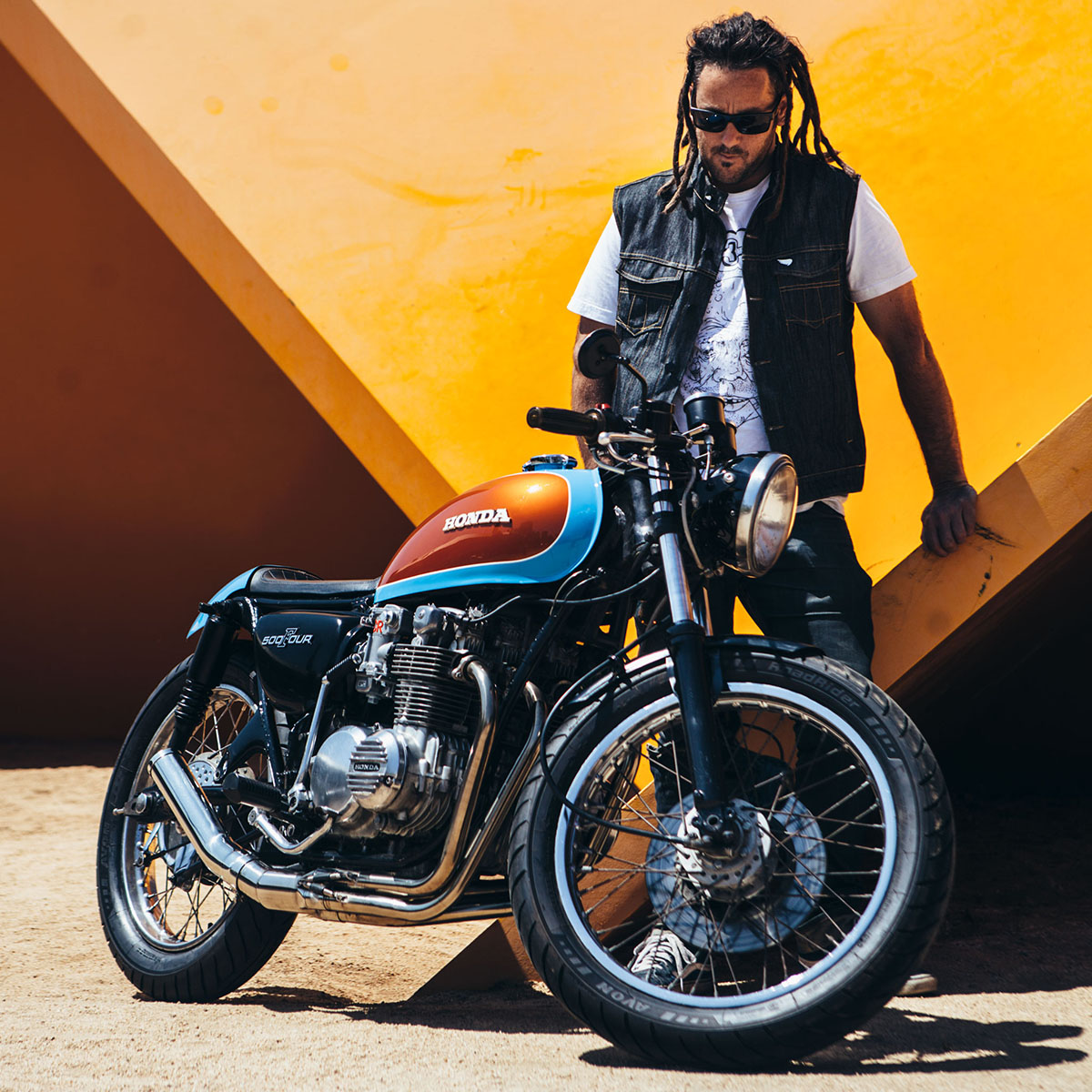 Jules broke into the 2-wheeled thrill machine world when he was 13, tearing around New Zealand on an old DT175. A few years later, when all his mates were buying their first cars, Jules decided to stick with motorbikes and bought a 1990 SR250. “I had that bike for around a year, and one winter it snowed down to sea level – there was a good foot of snow on the roads for about a week. I went around a corner, slid out, and went under the front of a car. I promptly sold the bike days later and moved onto owning a car.” 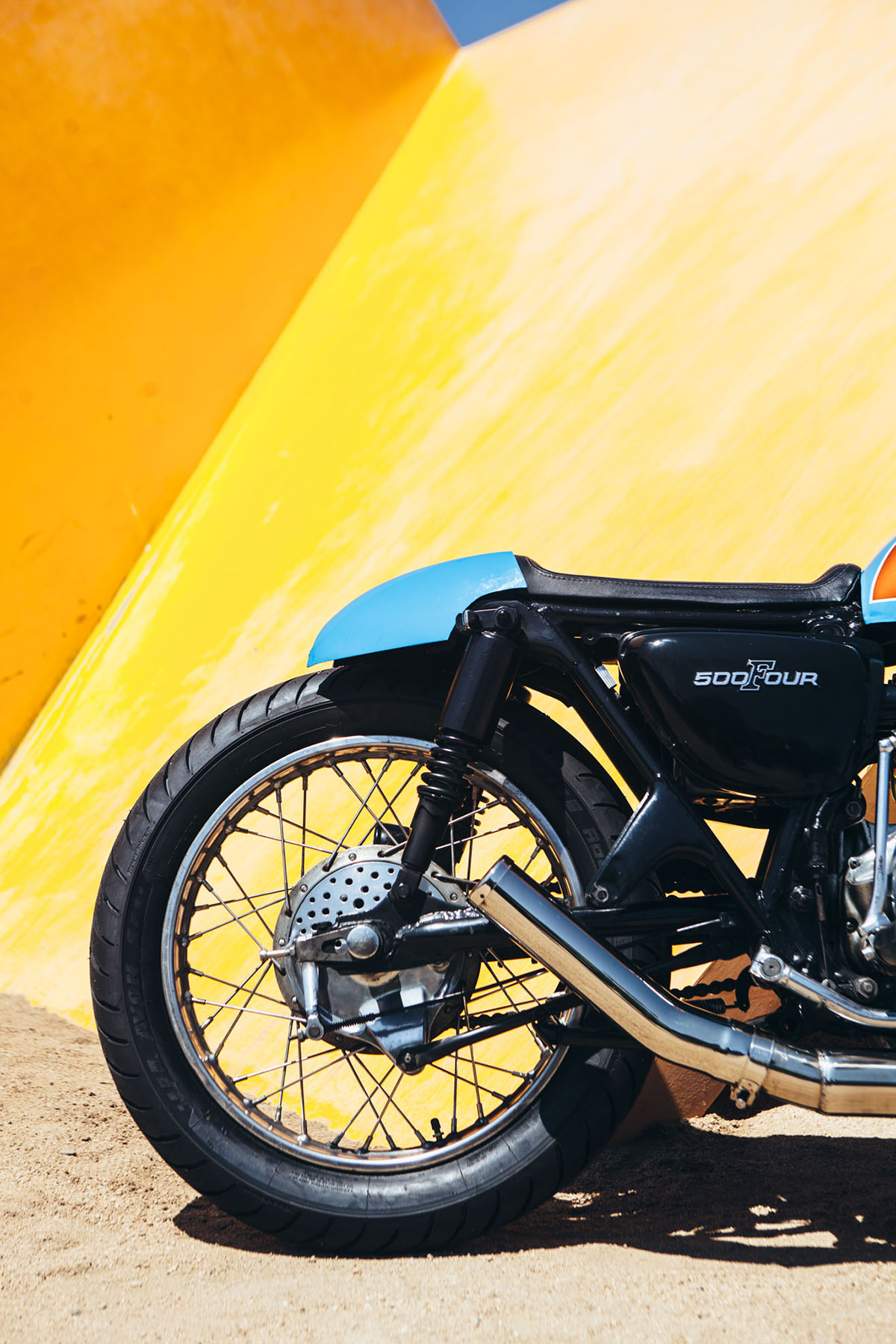 This hiatus from motorcycles wasn’t to last forever. After moving to Australia, Jules grabbed himself a dirt bike again. The relationship with bikes was sparked back to life, and after attending the infamous Chopped he was hooked. ”After a weekend of watching guys fang around on old road bikes and other machines, I decided I wanted one for myself. I was talking to my old mate Damo, and he piped up that I should buy this old CB500 Four he had banging around the back of his shed. 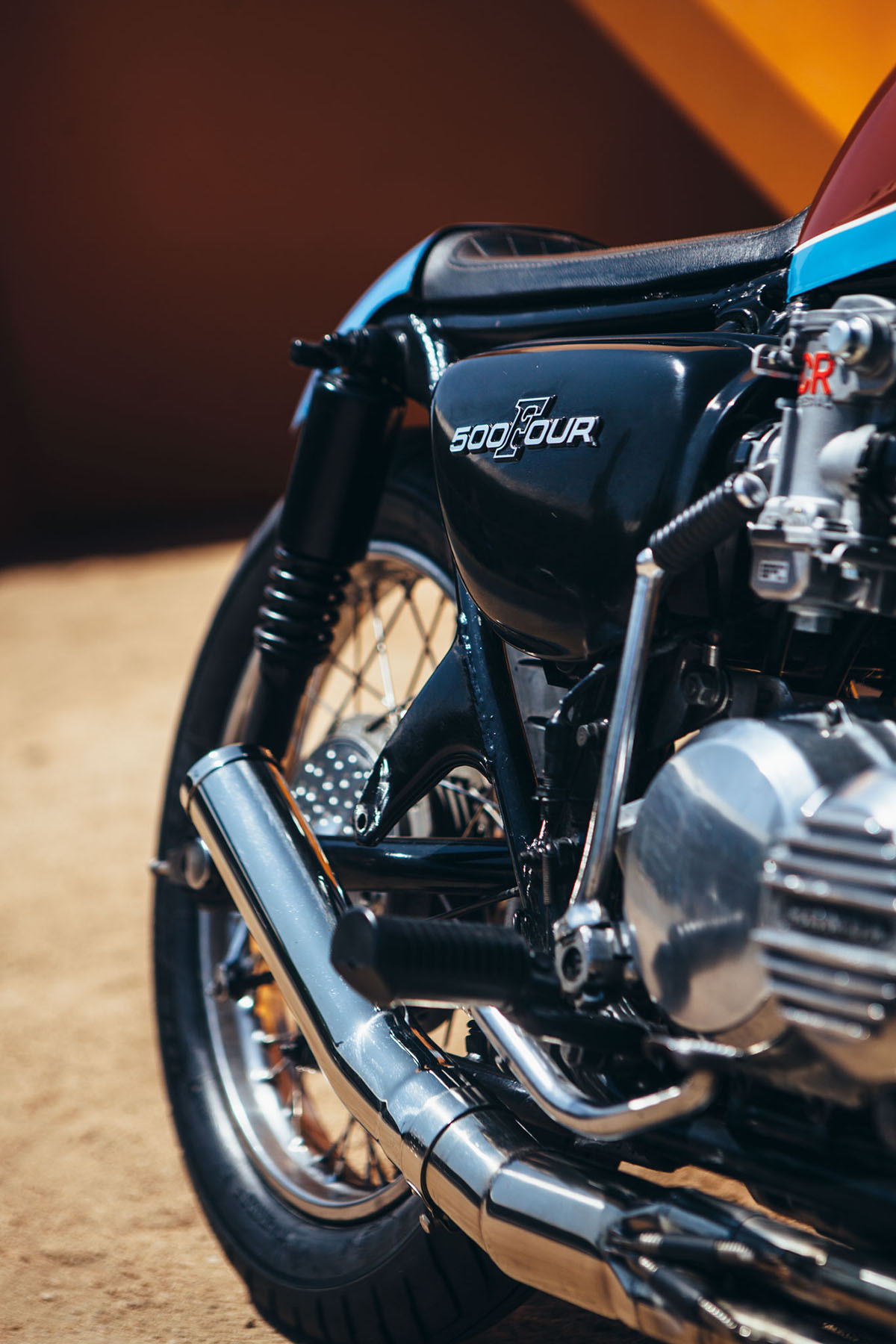 Skip to 2 weeks later and I had handed him over the coin for the bike. It turns out he had purchased it from the brother of an old dude who had passed away, he had the thing pretty much from new and had been collecting engine parts to do a rebuild on it but never got around to doing it. So it came with a spare engine in bits, and most of the new parts required, all just waiting to be put back together.” 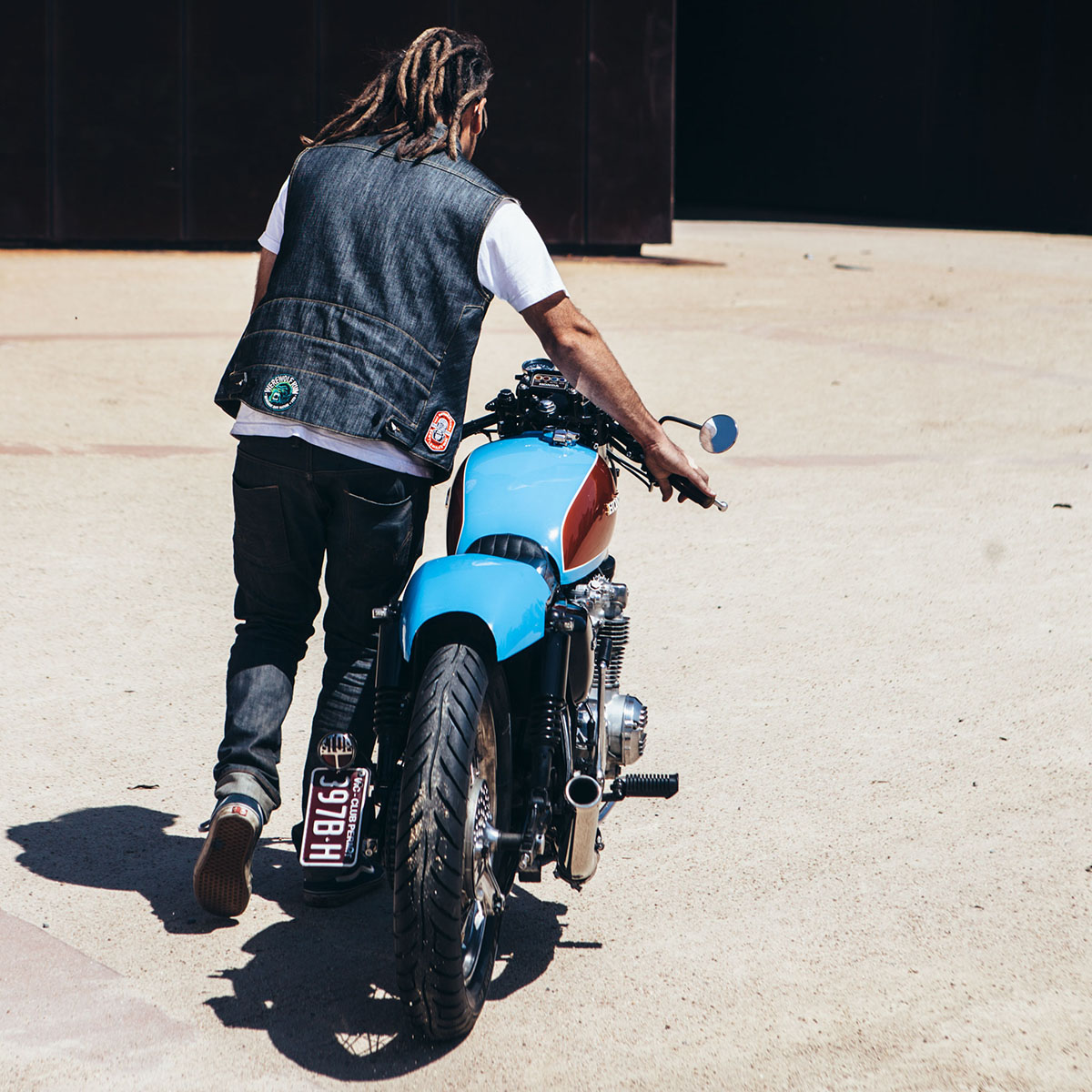 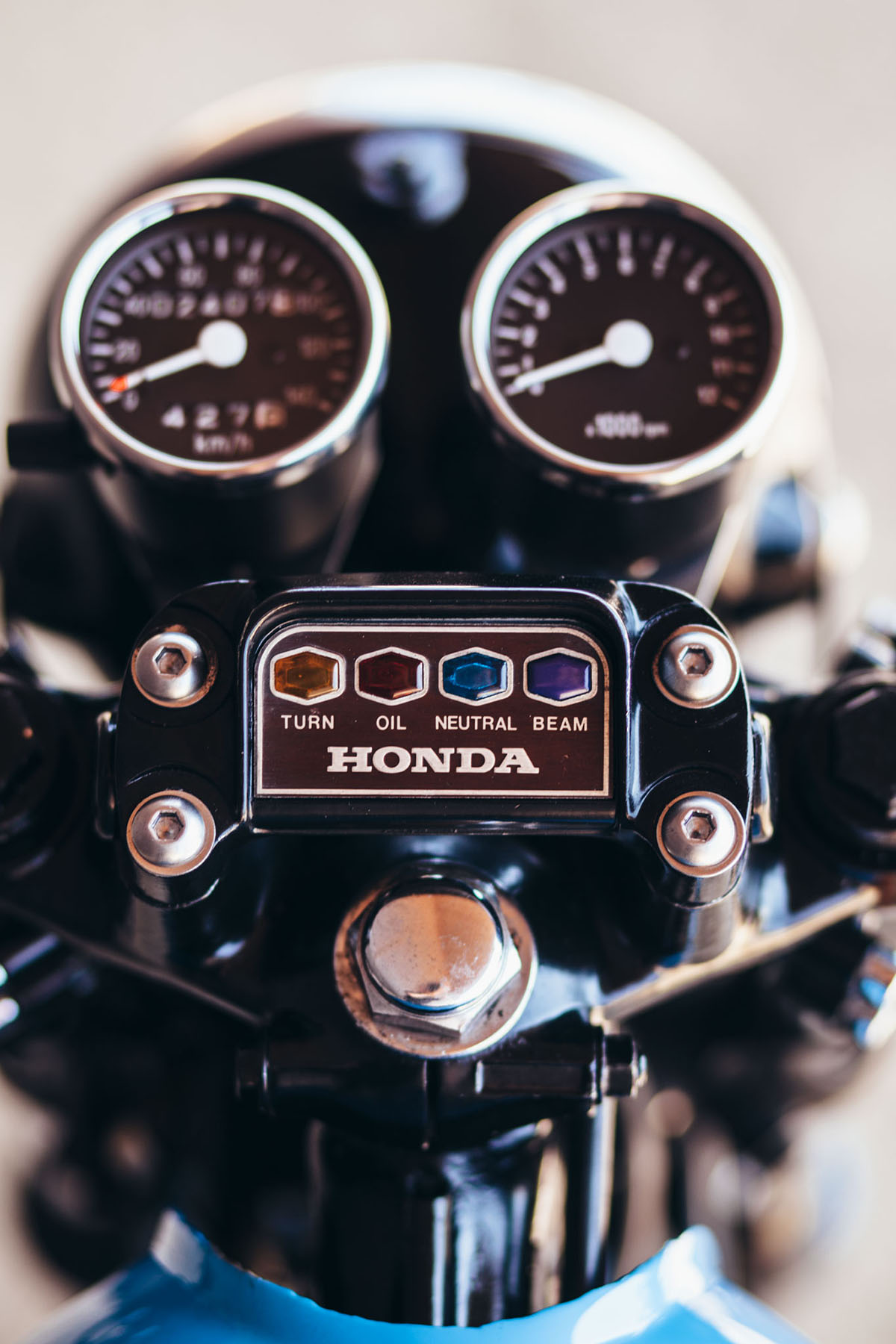 Within the first month of owning his new machine, Jules had installed a new loom to get rid of any electrical gremlins, all new switches and throttle. Sure enough “Bane” was running like a dream.

The next part was sorting out the paint scheme, “I’m a huge Nirvana fan and always loved the colours on one of Kurt’s Fender Mustangs, it’s light blue with a red pick guard. I went to my mate’s panel beating shop and we went through the colour charts and put the colours together with a white pinstripe. Together the red, white, and blue looked too American for me, so I found a nice metallic bronze to go with the pastel blue.”

“The tank, would have be my favourite part about this bike, next to the original idiot light cluster on the old bar mounts.” 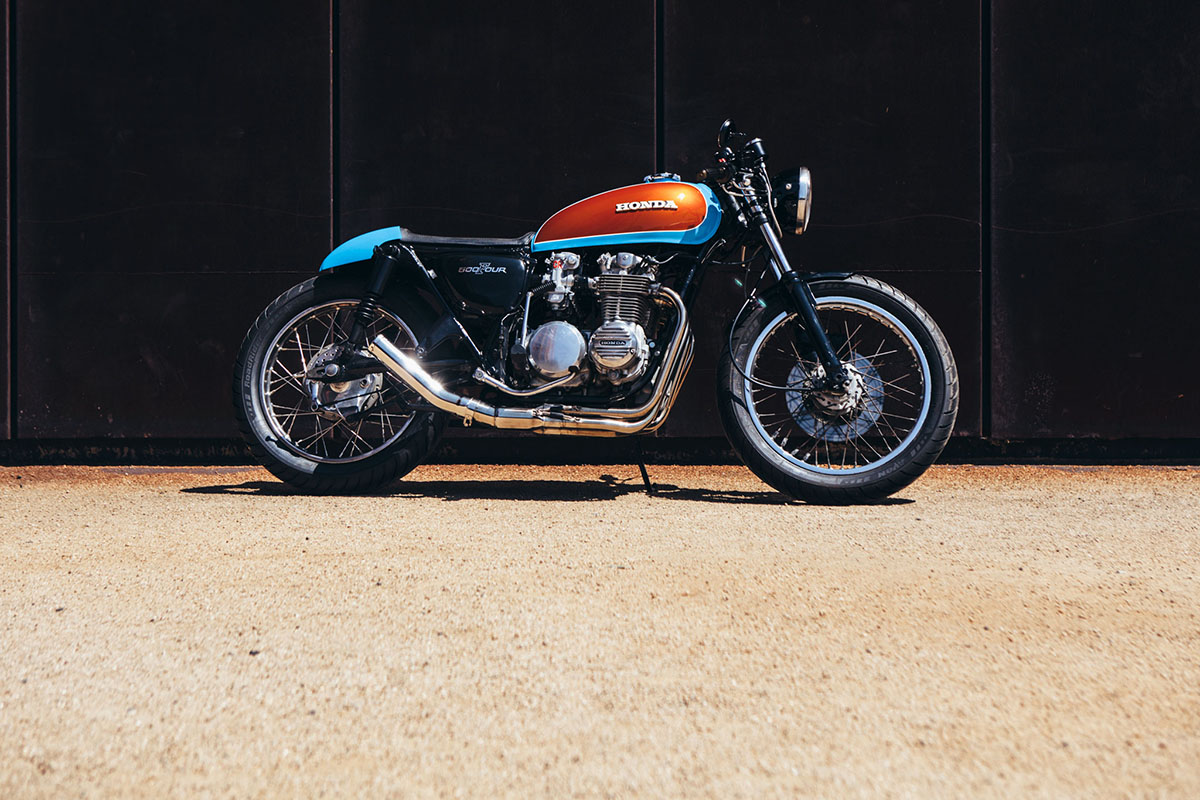 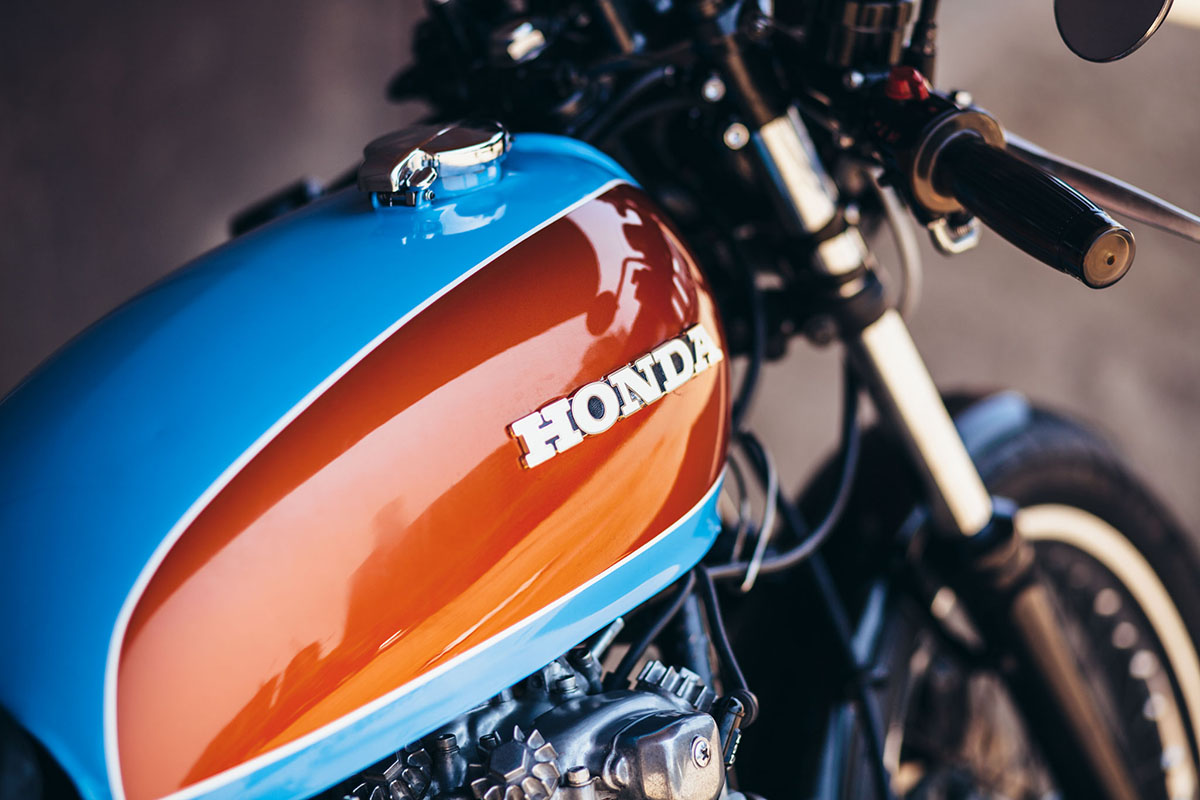 The rear cowl of this bike was repurposed from a spare tank that Jules had, “I chopped out 50mm from the guts and had a mate re-weld it back together, chopped 100mm from the rear so it would fit snug over the frame, and then sent the new seat pan to Weirdo Upholstery to be covered.” 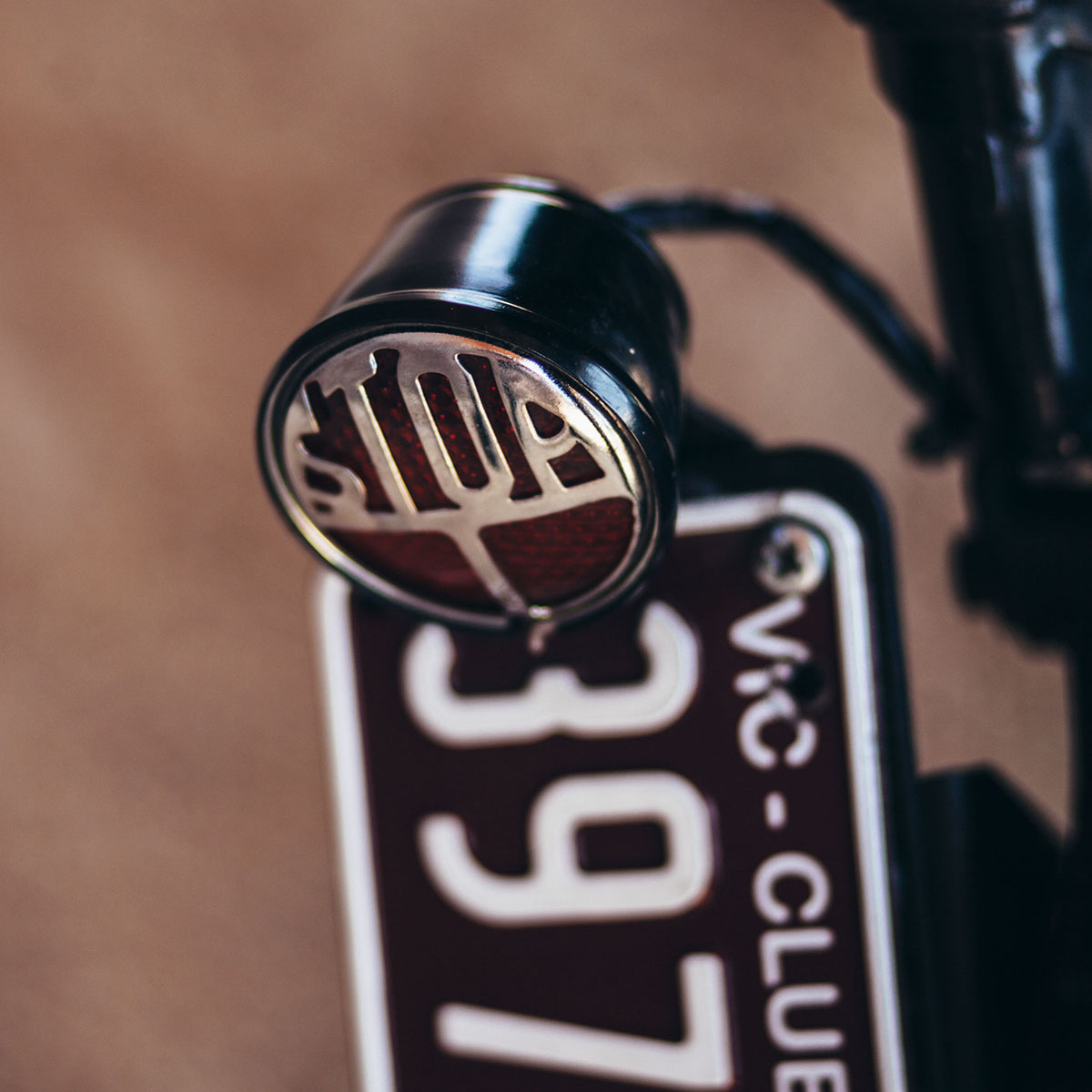 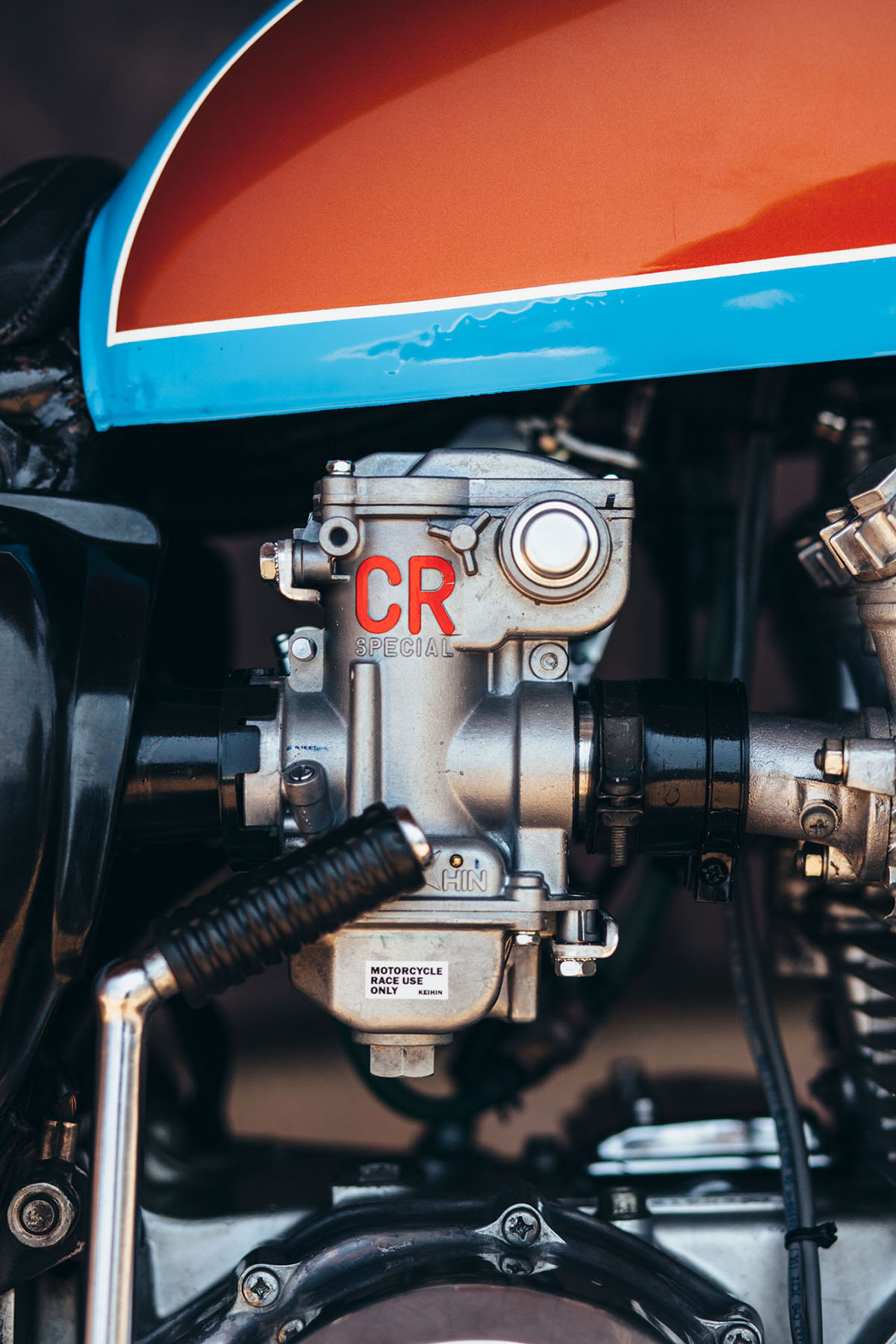 When it became time to rebuild the engine, the word was put out on the Melbourne Café Racers page, and sure enough one member put his hand up “I put it out there on the MCR Facebook page, I was after a engine builder and one member said his Dad would be the man for the job. I pulled the old motor out on my own and dropped it off. While it was away I degreased the frame, and painted it satin black. 2 weeks later the engine was ready.”

“I enjoyed the build so much that I’d find myself tinkering on it till 2am on a weeknight with work at 7am, even though the space I had in my single garage was a 2m square.”

The bike has received a new look, and is now for sale in our marketplace HERE 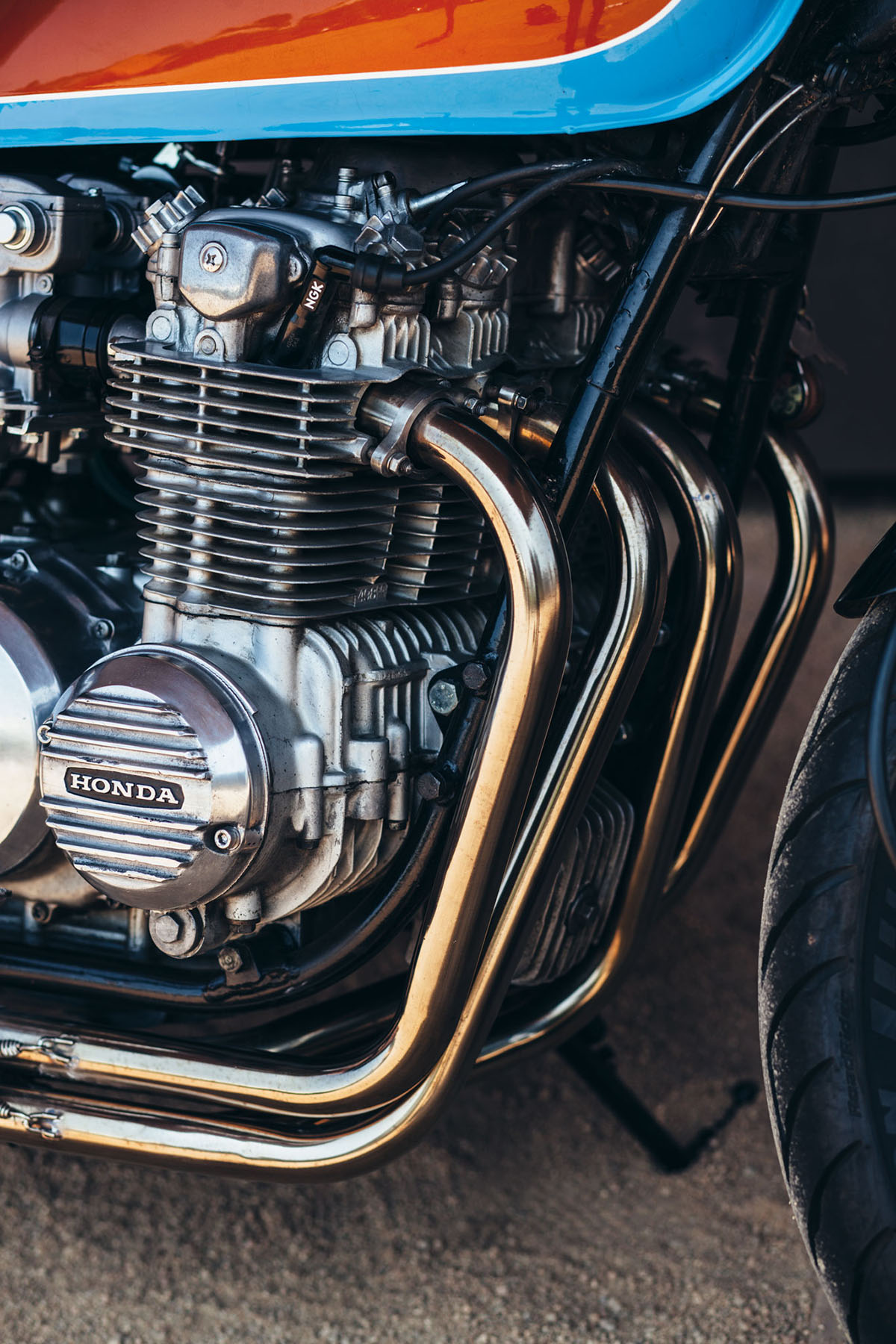 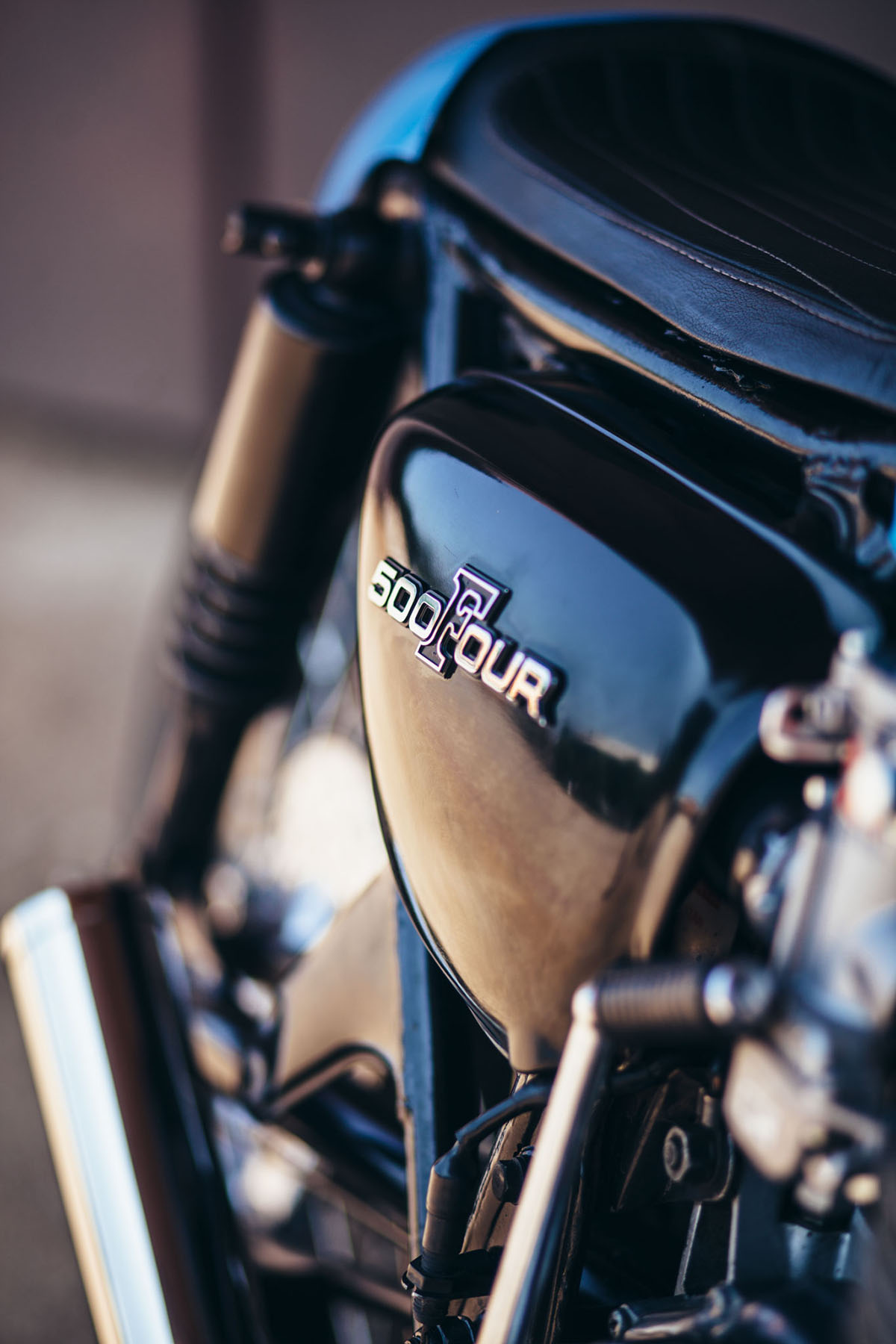 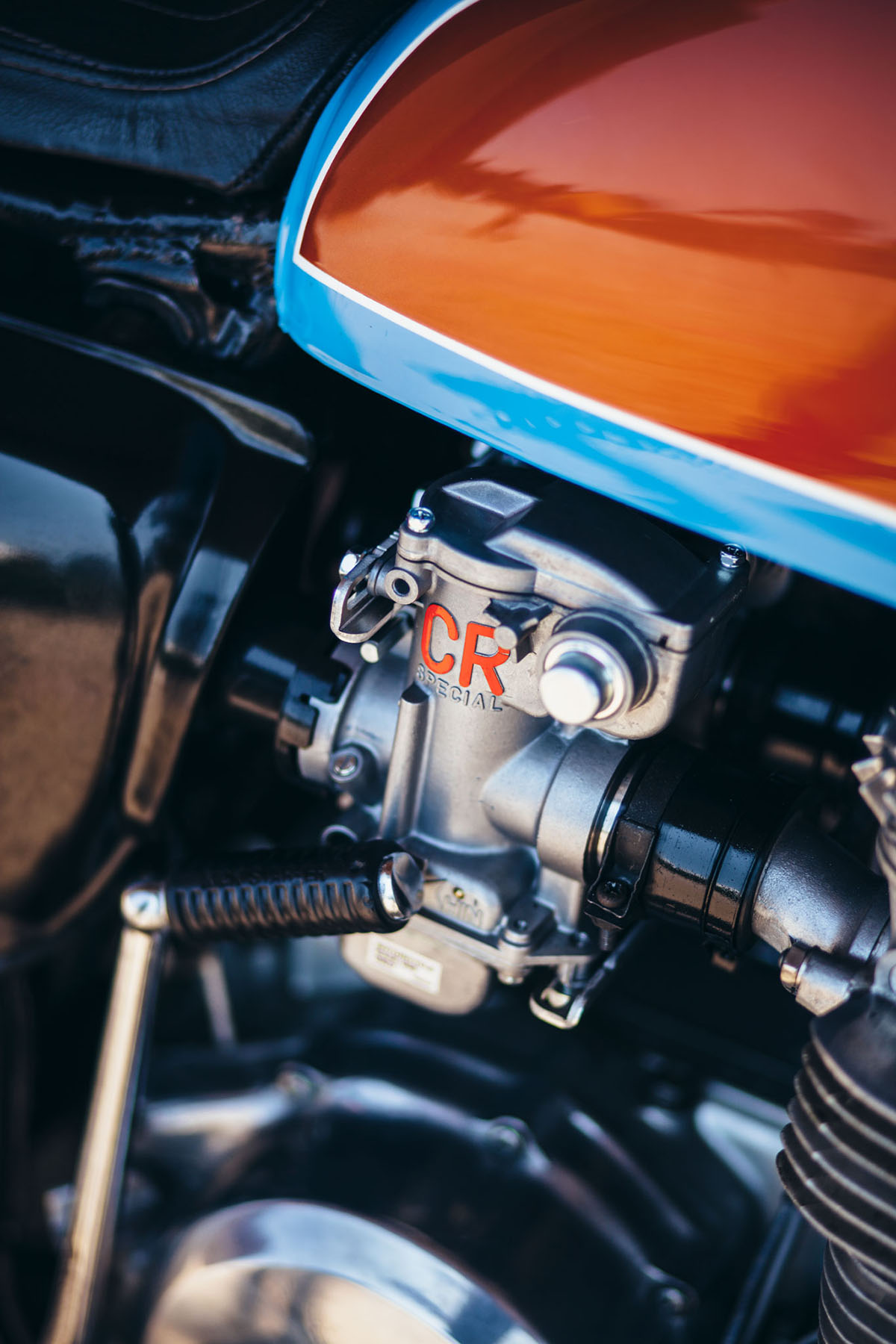