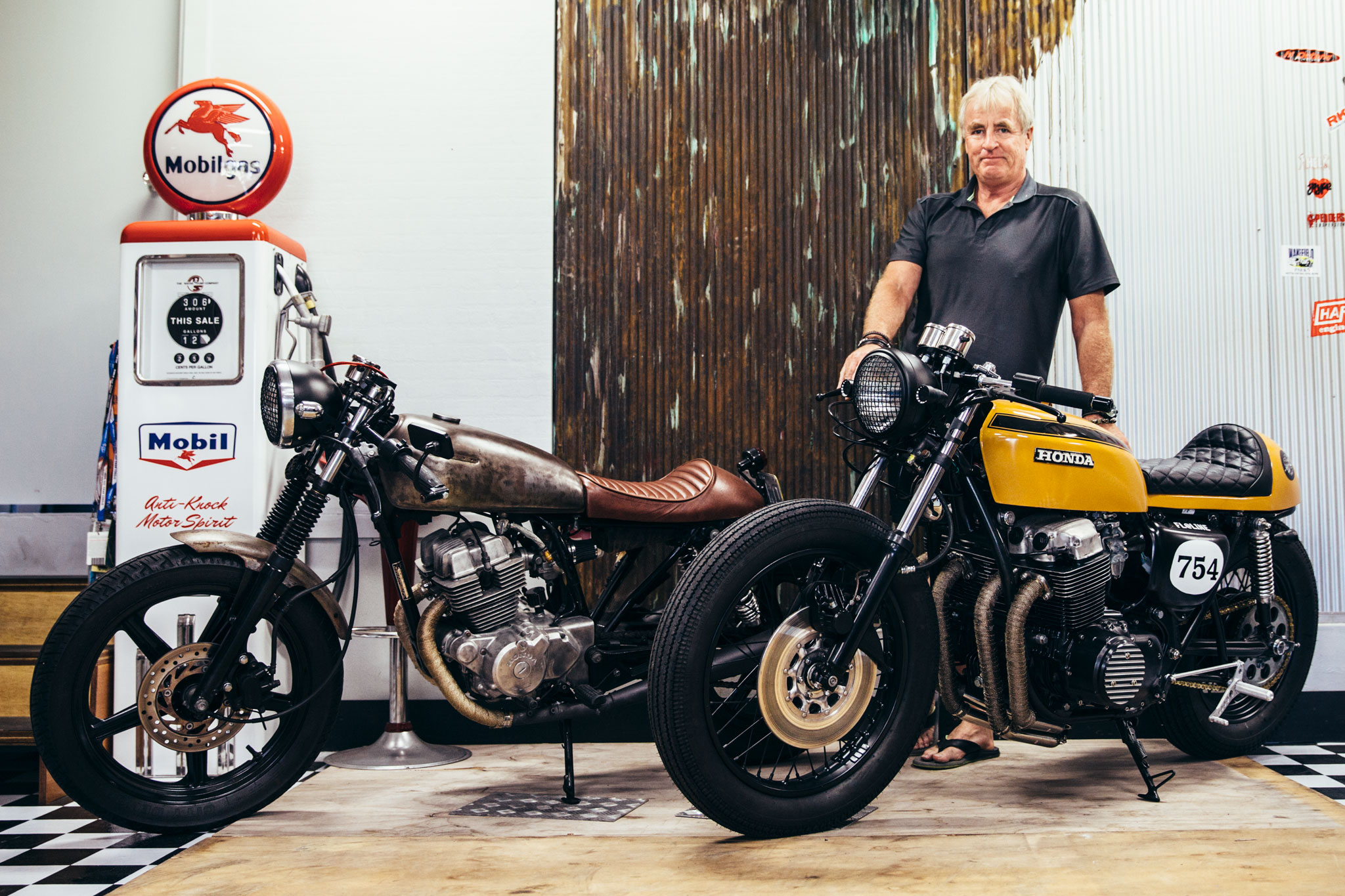 We’ve met Julian before, with a newly completed Honda CB 750. This immaculate build wasn’t all that Julian had for us to pore over. Tucked under his home is a haven for any moto-enthusiast, be it two-wheels, or four. 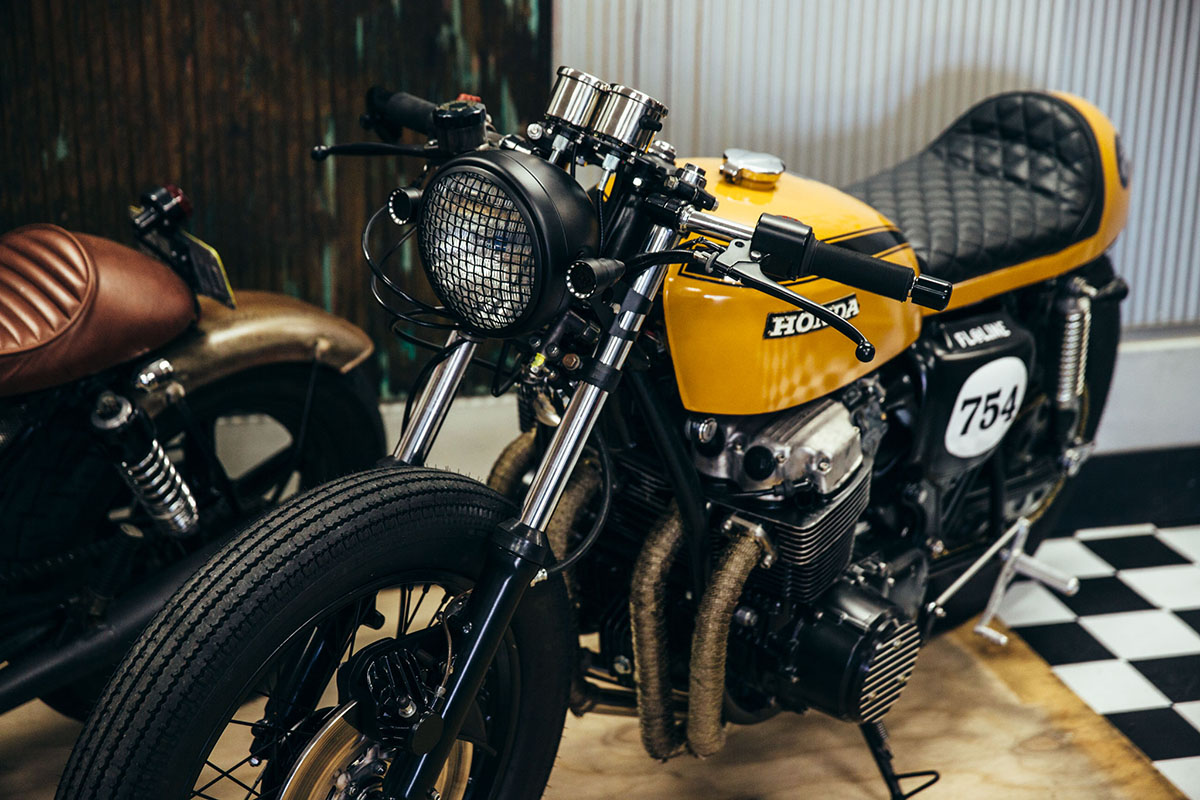 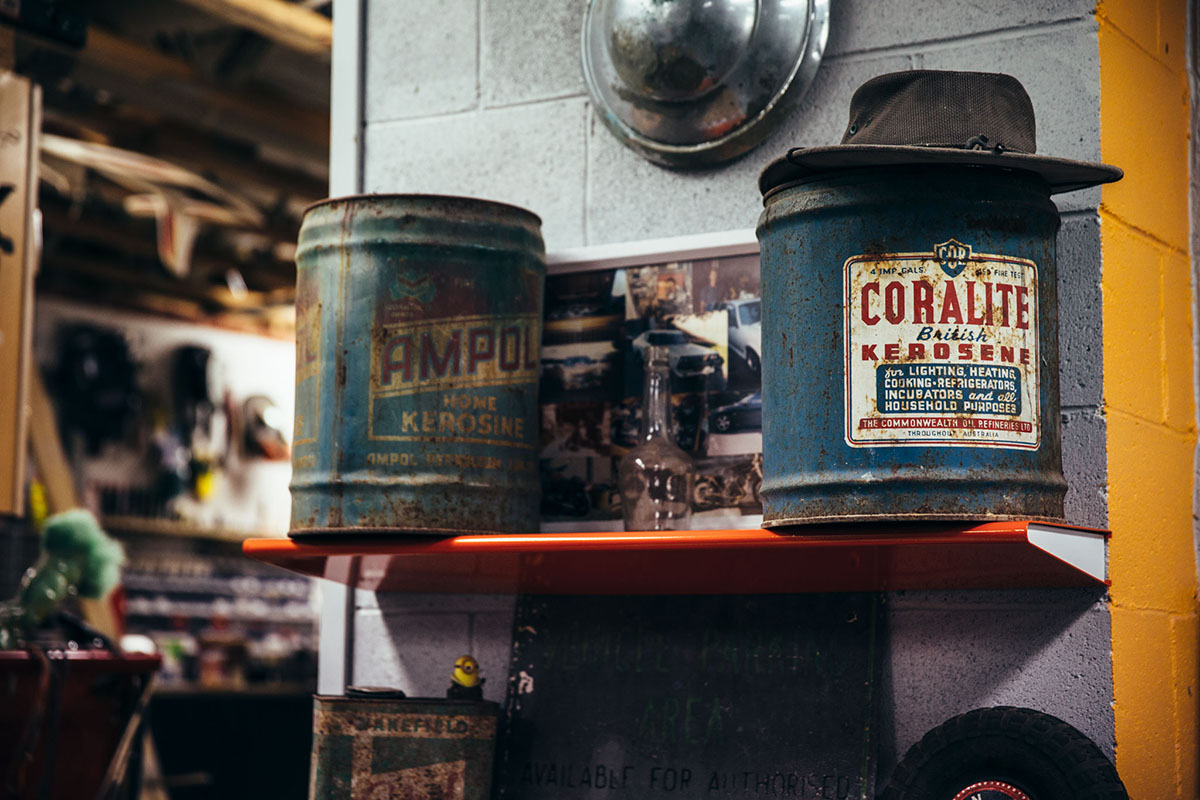 10 years ago, construction on Julian’s home began. A must for this new home would be a large garage and workshop to help facilitate and grow his addiction to machines. This would be a space where ideas would be put to paper, then to practice. 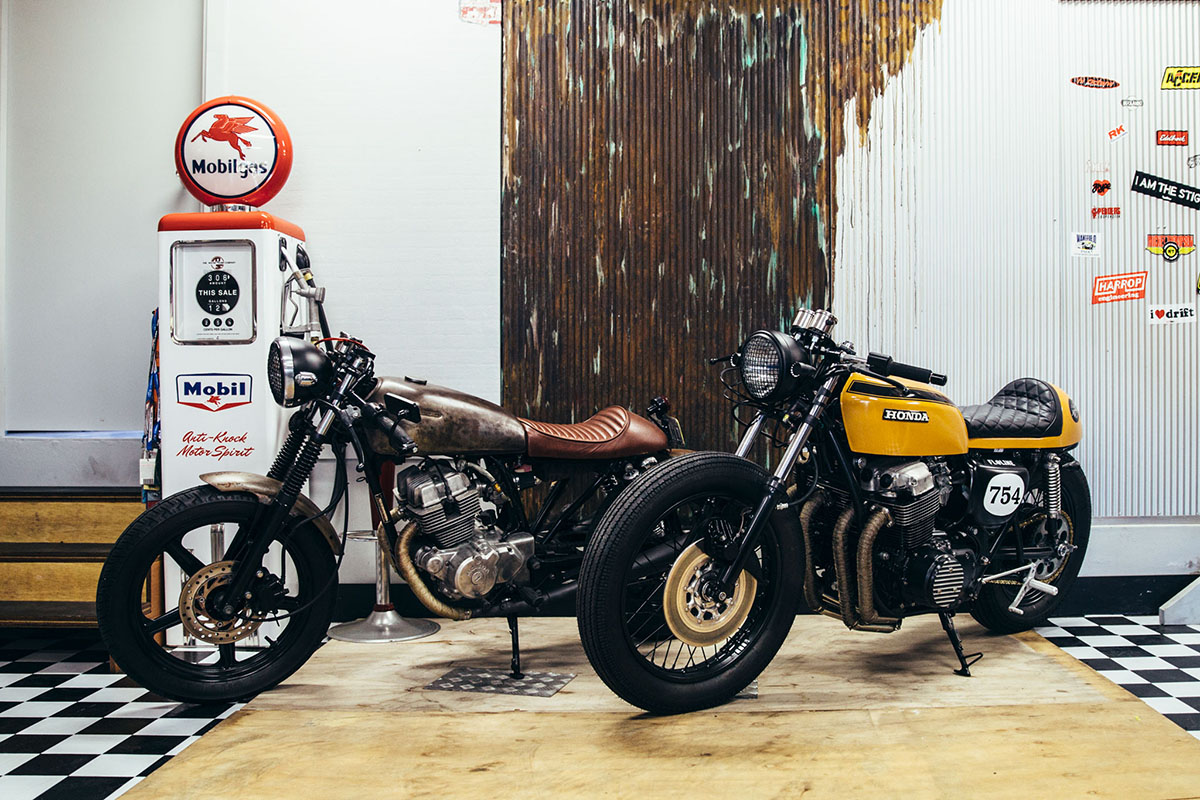 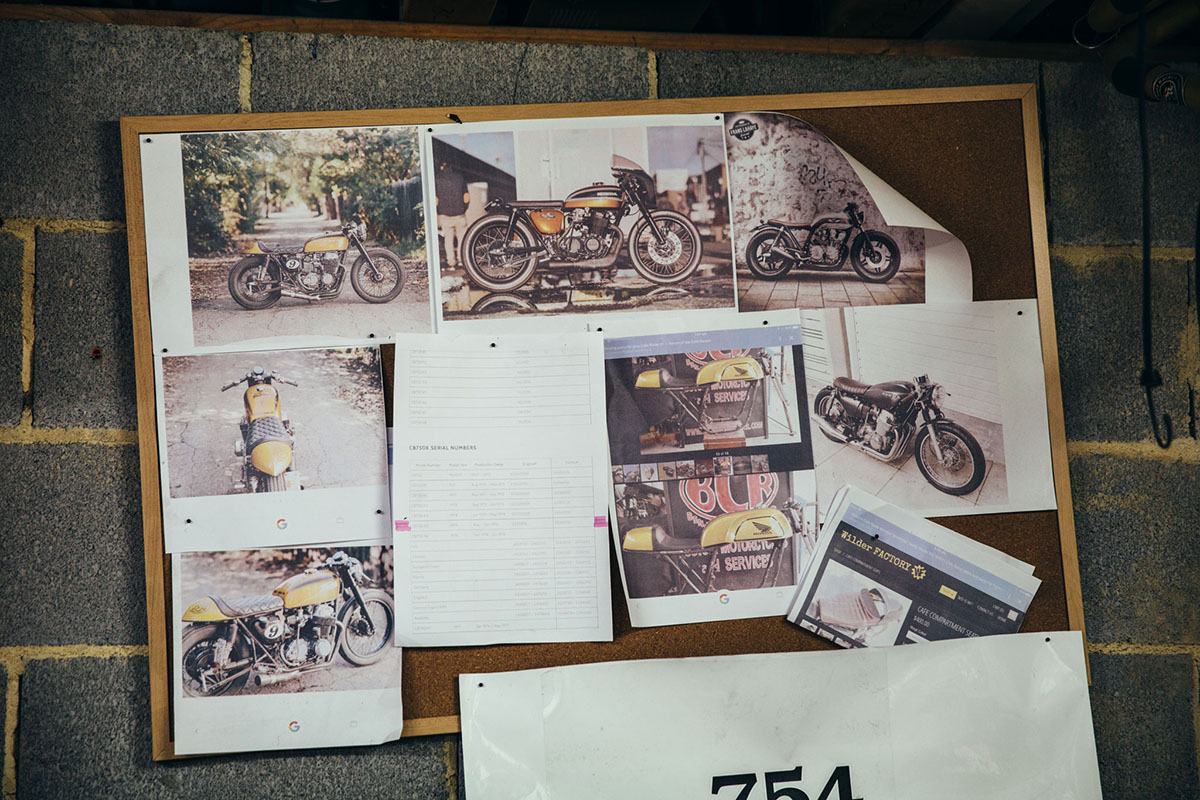 Growing up in New Zealand, Julian has been addicted to bikes and cars since he was 5, kicking about on the family farm with his older brother. “When I was young, my parents took me to a blokes place to buy a Ford Falcon 500 which he had rebuilt after retrieving it from a lake. When my Brother and I were a bit older we knew a guy who had a racing car he could fiddle with – and also run me over with, which we found out one day as we forgot to bleed the brakes. It turned out to be Bruce Mclarens car. That’s when I really started to get involved in racing at 13 years old in Minis’, old wrecks, and then Formula V. My brother was the one who really loved bikes, and because we lived in the country we were too young to have a car licence, we would ride everywhere.” 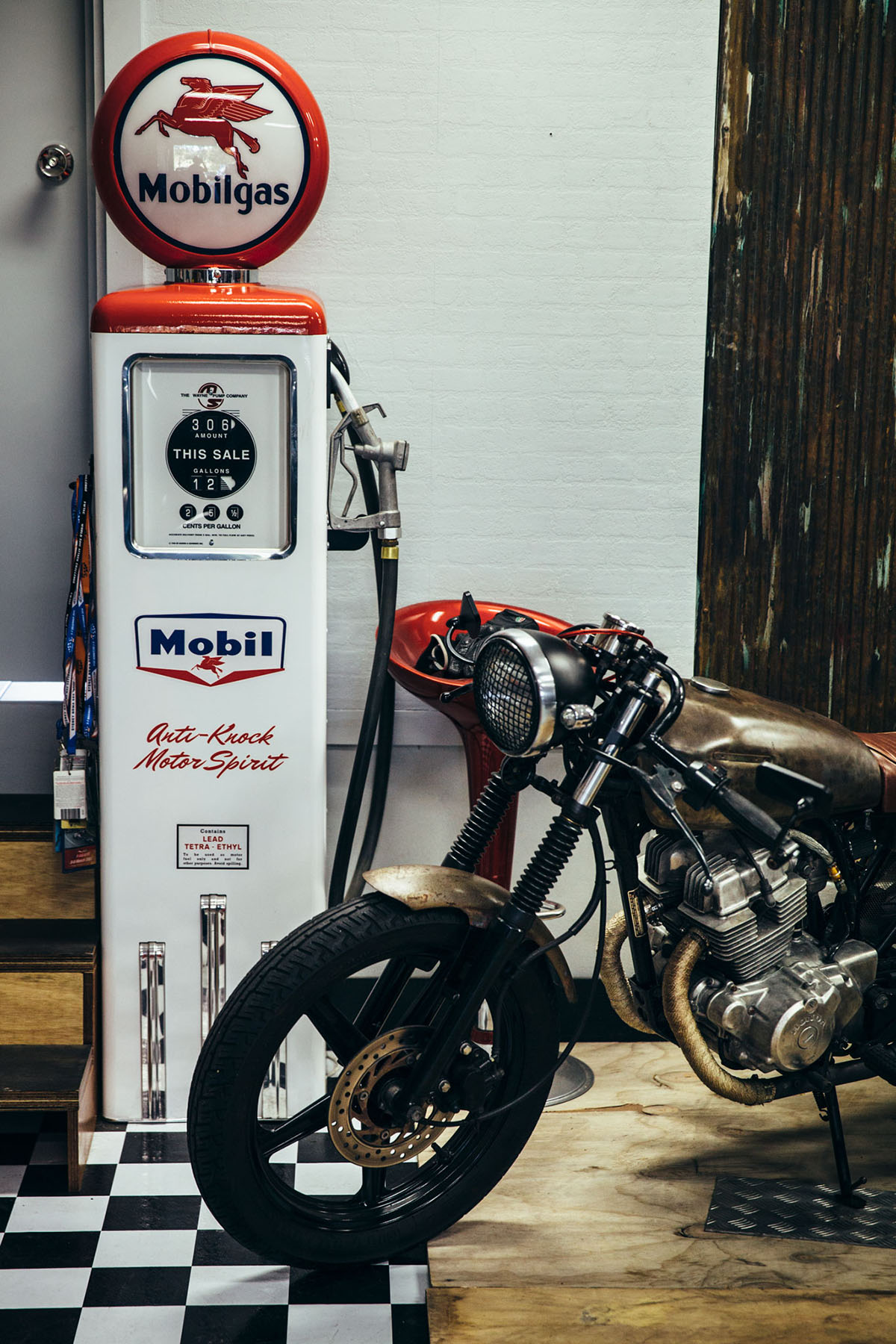 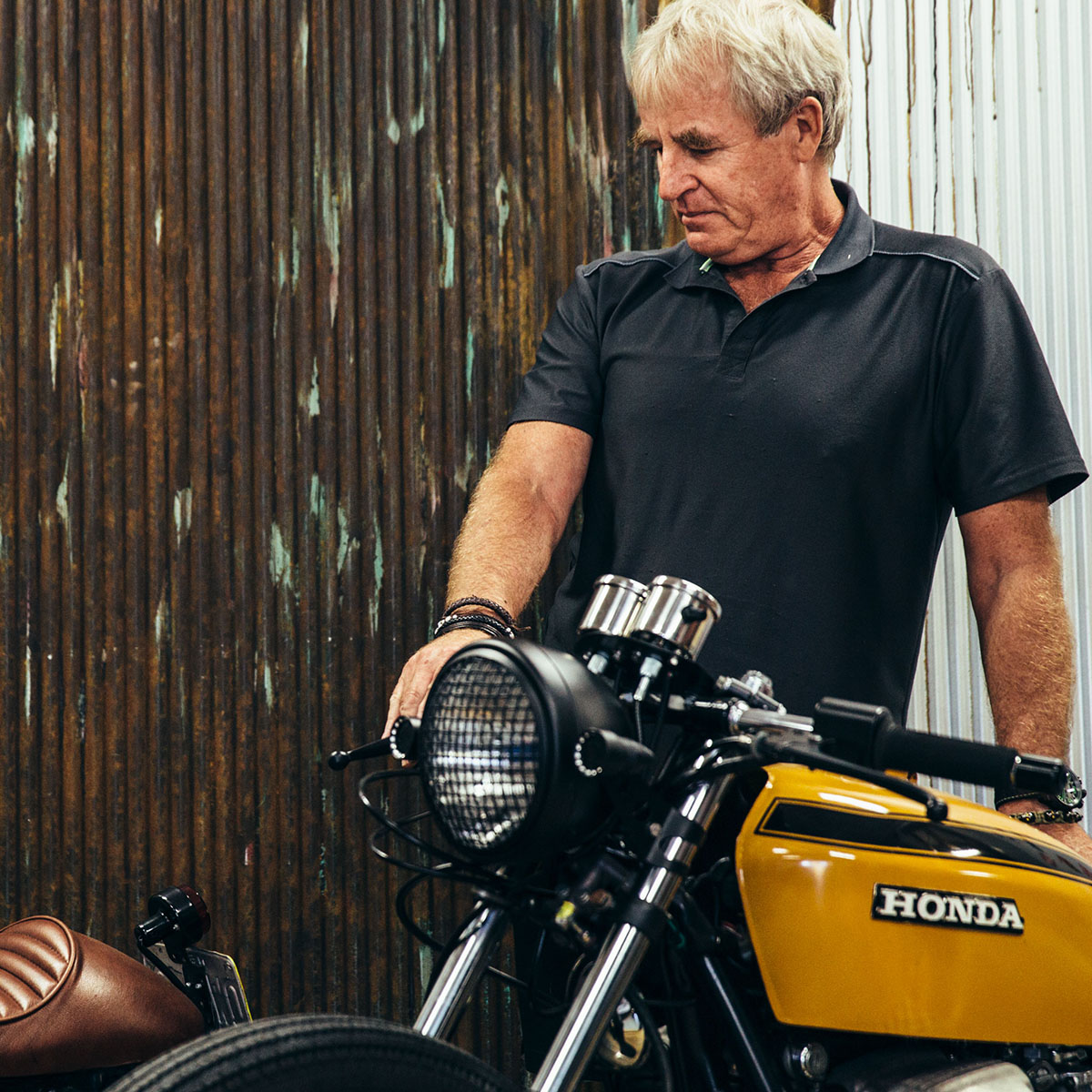 “Later, when I was old enough to have a licence at 15 in NZ, I was working at a car dealership. A guy came in and traded his Suzuki RE5 for a Nissan skyline and I guess I just had to have it; they were a really unique machine. Note to self: don’t let your mate take it for a ride with another guy on the back when you’re at the pub. The bike got written off with both guys in hospital for 6 months!” 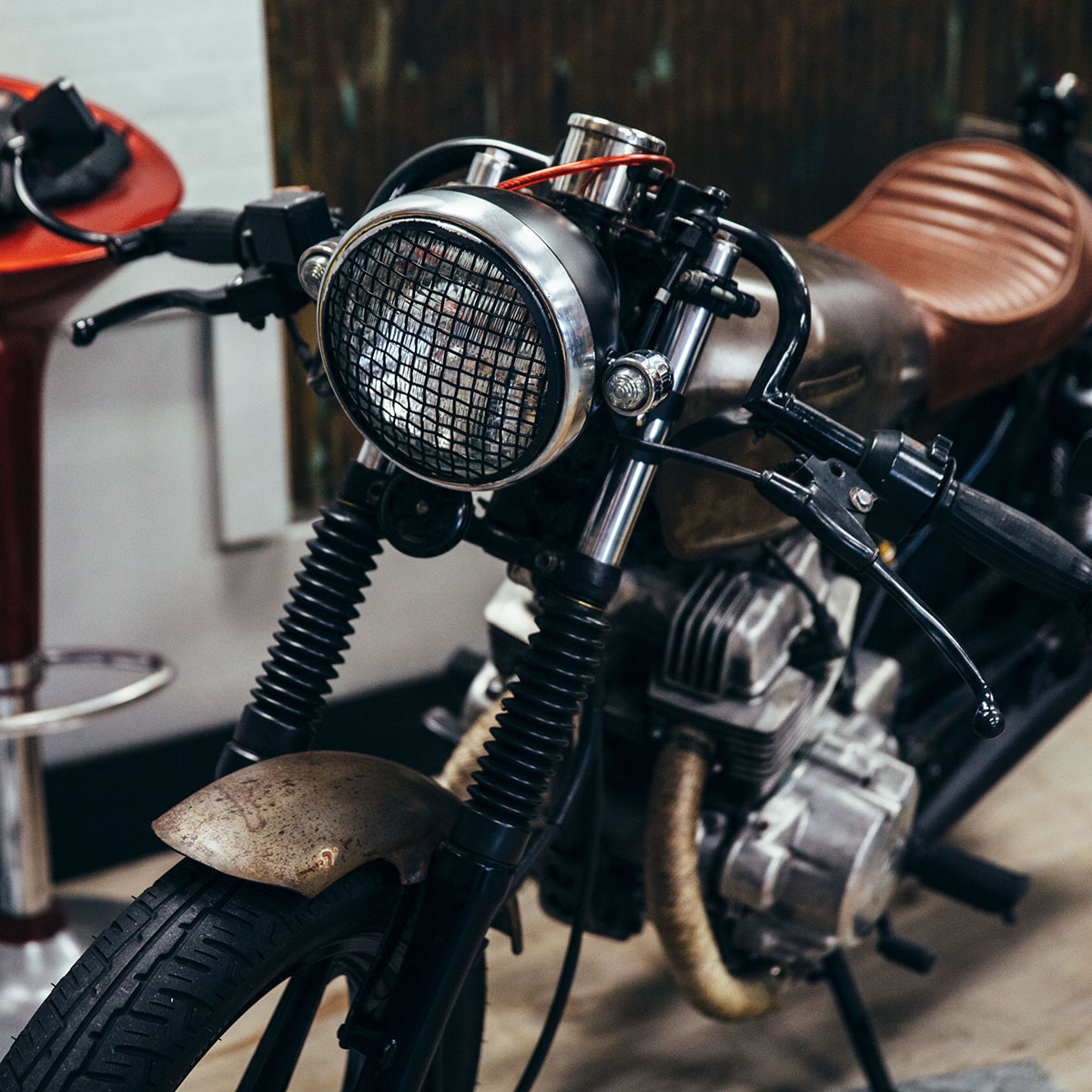 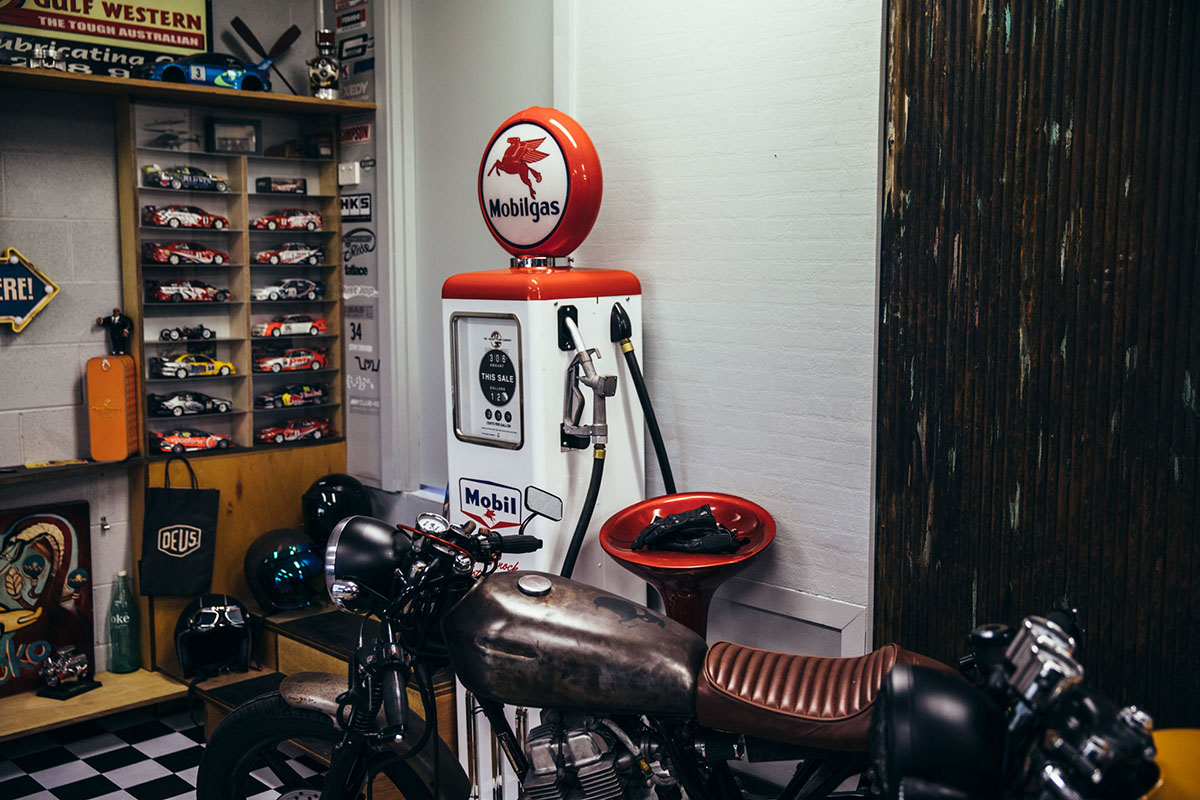 With this trail of motorcycle destruction behind him, Julian made the move to Australia when he was 17 and started working for Col Crawford spare parts. “I ended up buying a Skyline off him which I did up, I then got a Kawasaki Triple which I worked on as well. I ended up buying a Food/Service Station in my early 20’s when I had that rare time to myself. I bought a dodgy Torana SLR5000 and spent a couple of years building that. It ended up with a 400cu small block chef with 4 side draft carbs – lucky I owned a service station!” 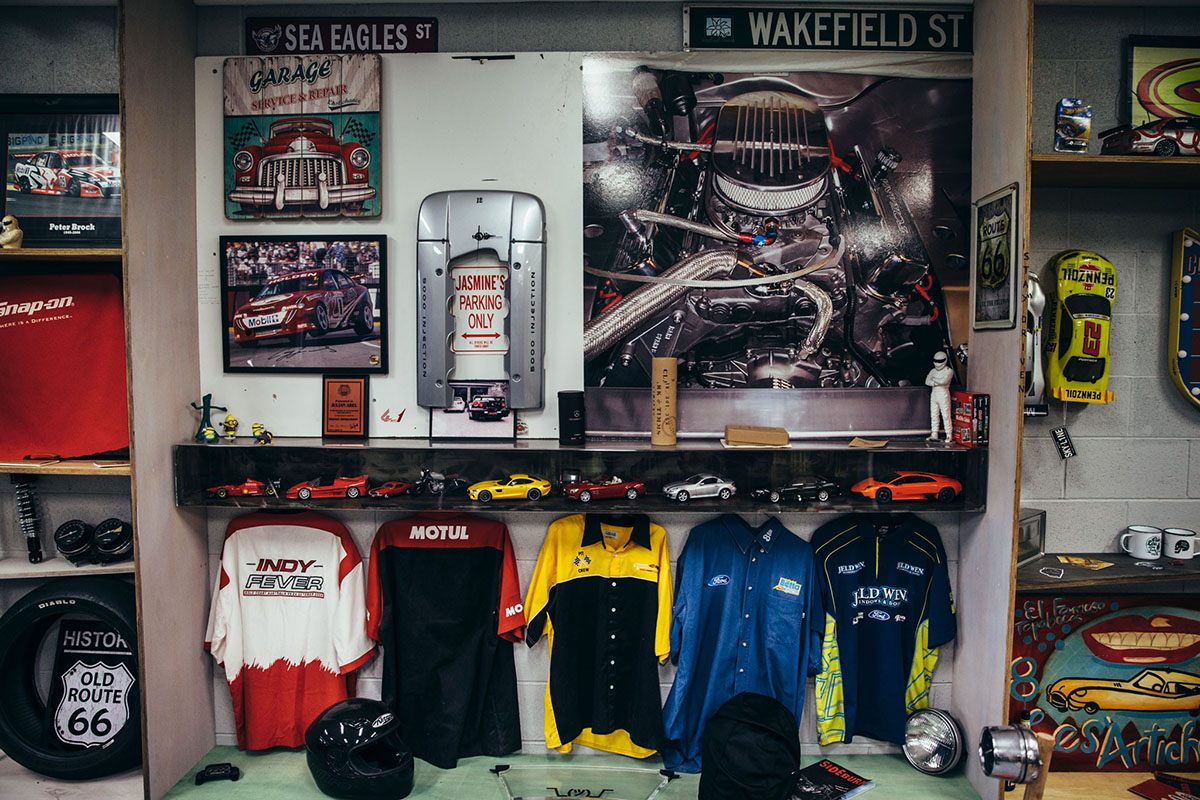 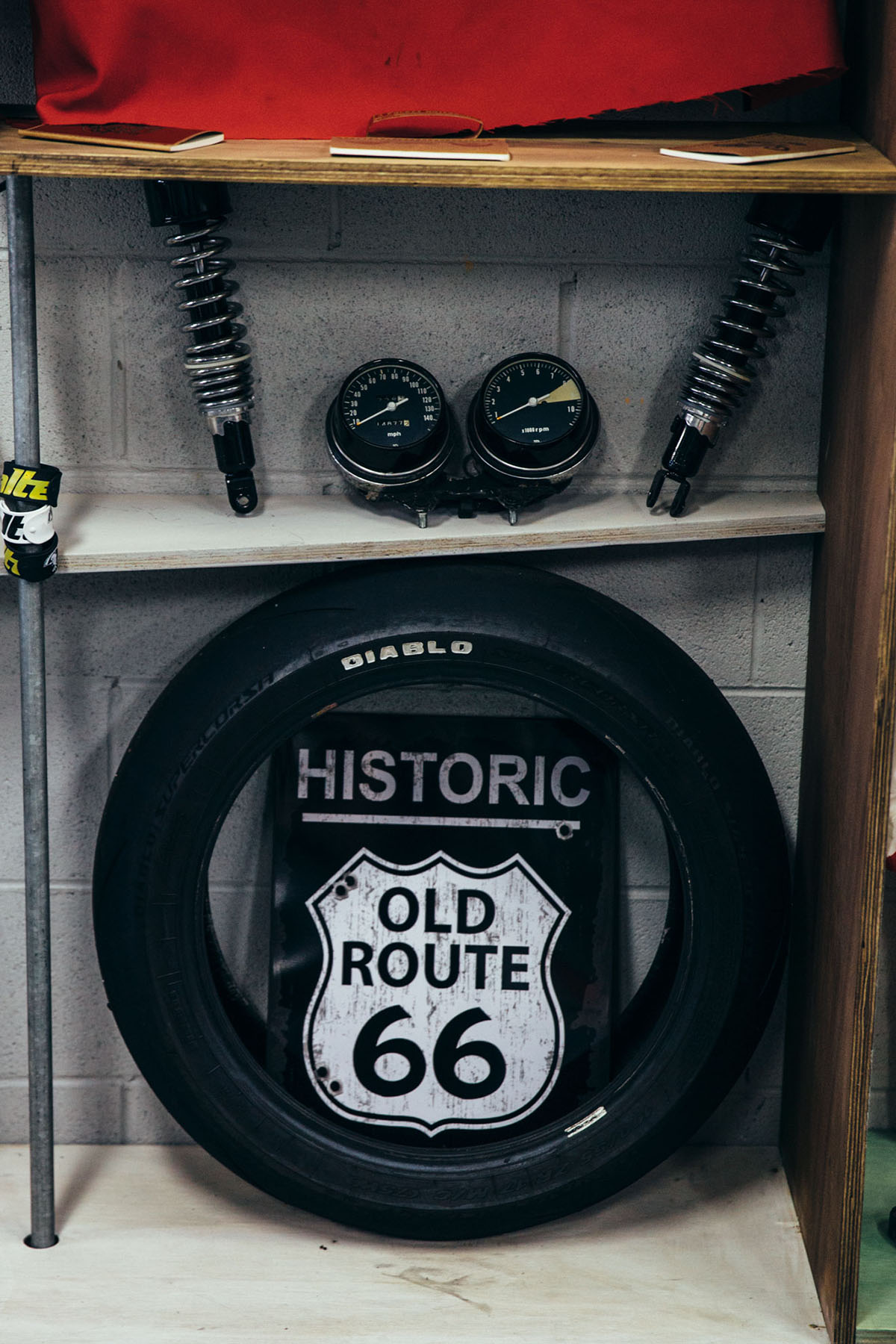 “When you get married, your priorities change. Now that I’m a lot older, those priorities have changed back. I said to the wife “I’ll build you a house as long as I get my dream garage – deal done! Fast forward a couple years and I decided to get back on the bike. I made another deal with the wifey to help her get her bike license, and now we have 4 bikes. “ 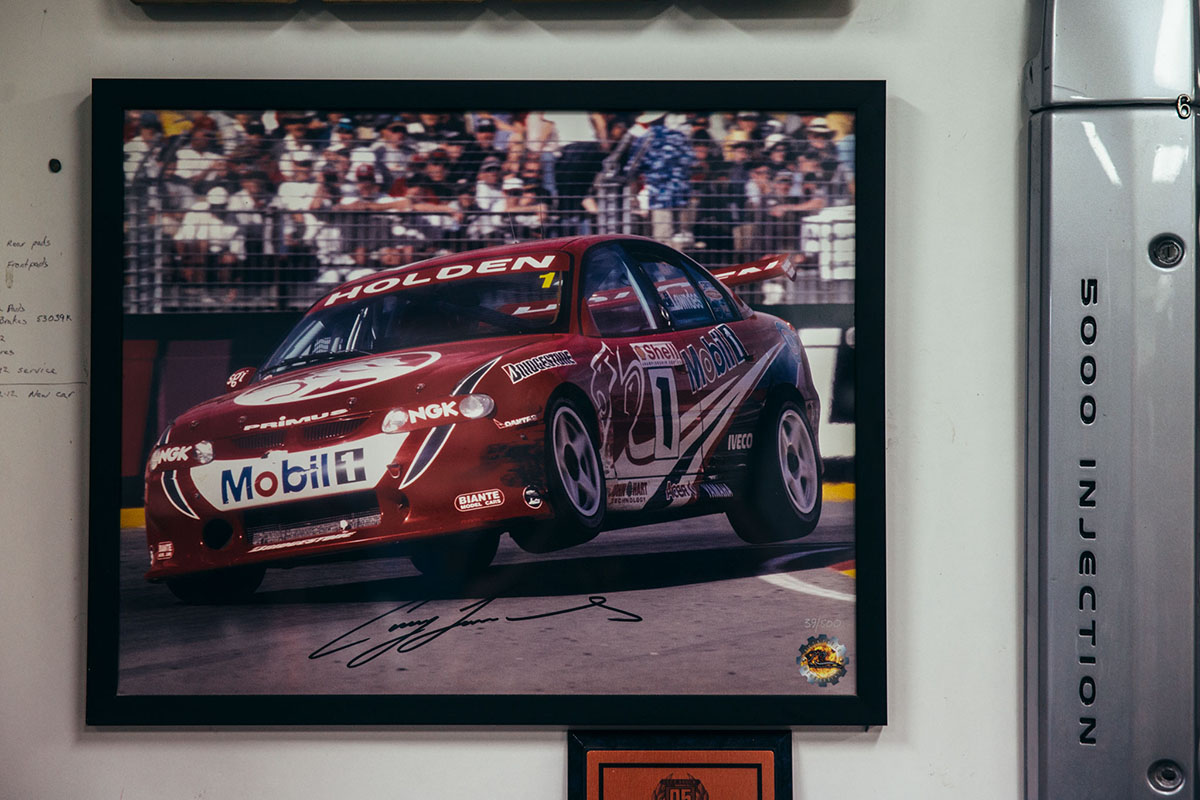 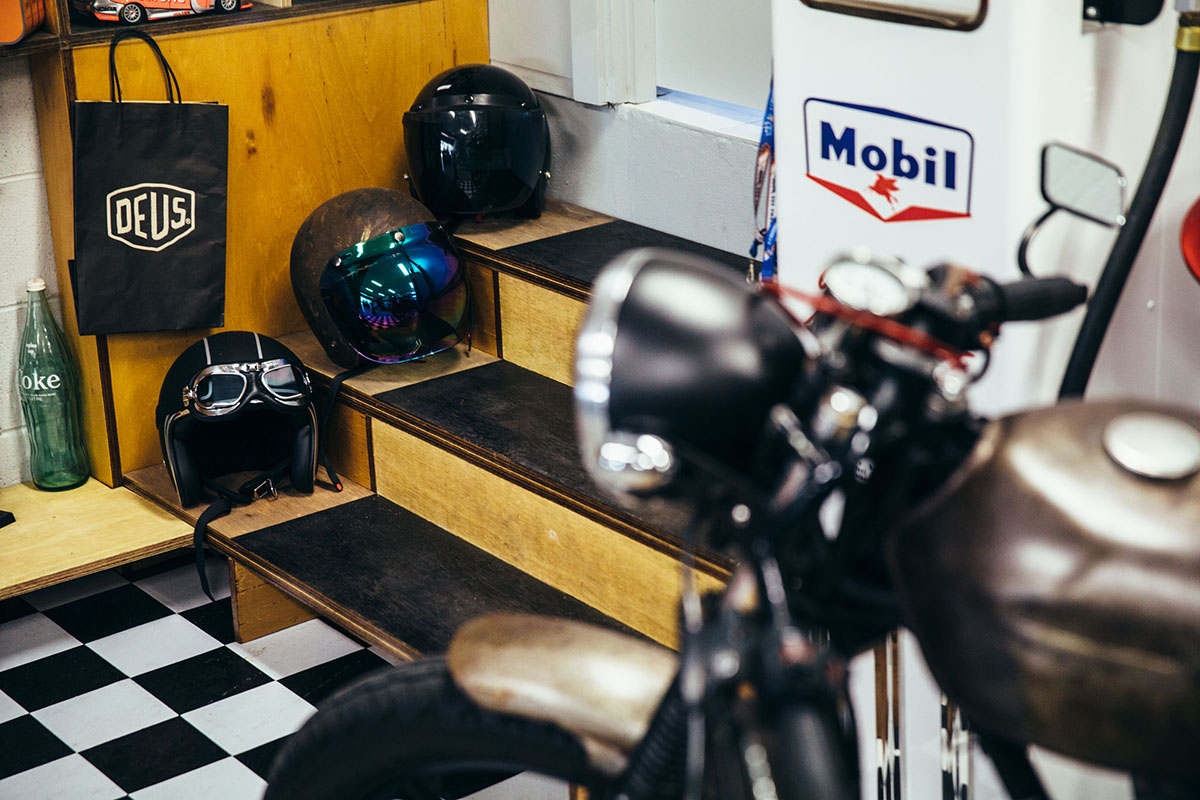 Despite having grown up (technically), toys would still play a big part for Julian as he began to forge his own workspace where he and his daughter could work on their projects. “I was building a Torana SLR500 when we were building the place, so a big garage with a workshop was a must. My daughter, Jasmine, was a big influence on how it looks now. She’s an interior designer, and the founder of Stay Driven, where she shows off her passion for cars and photography.” 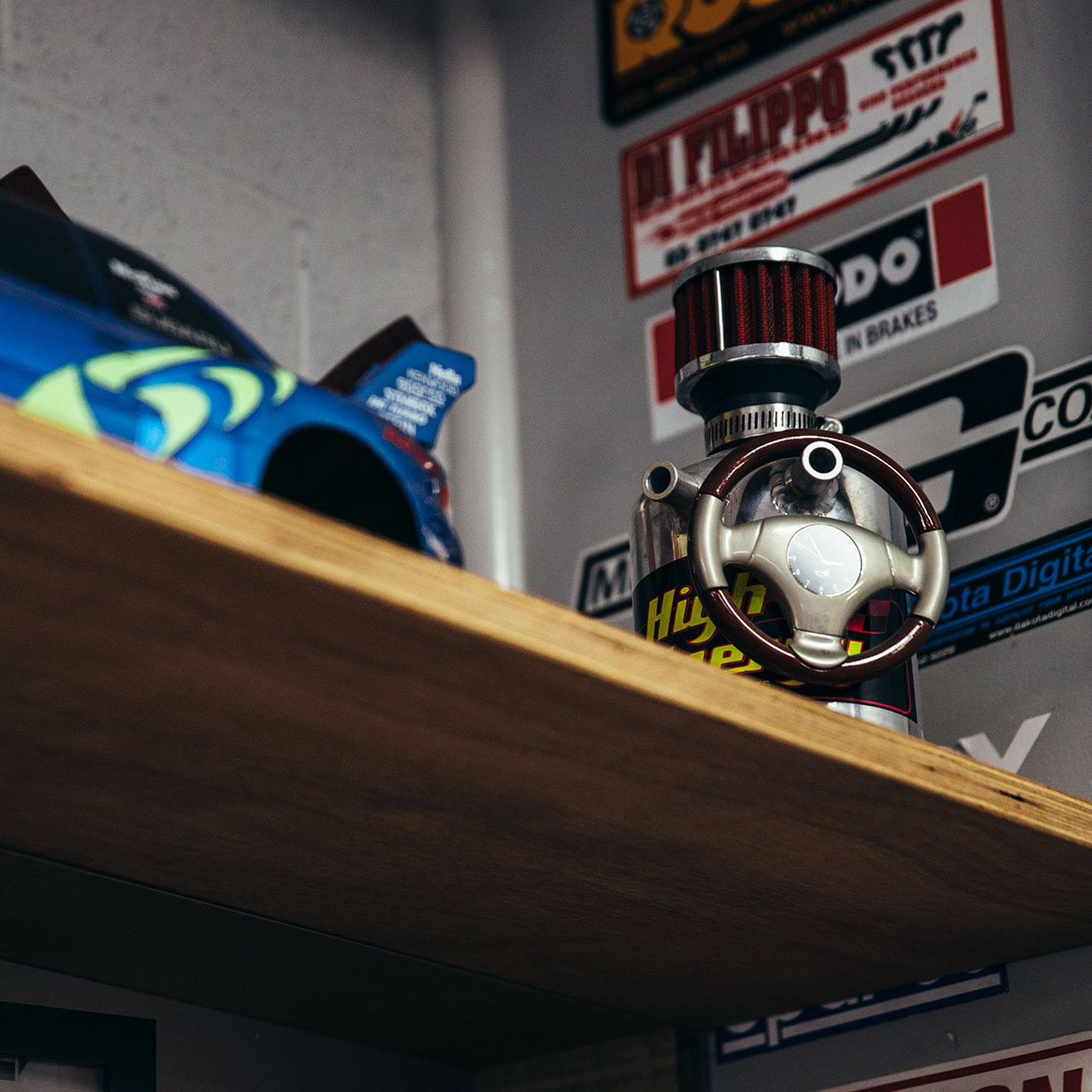 Housed in this heavenly hold is a Honda CB250 that has been customised to a rustic café racer aesthetic, and its big brother, which you may recognise – Julian’s Honda CB750. To keep some variety in his life, a brand new Honda CB500X proudly sits alongside these classic machines for riding with mates on the weekends. 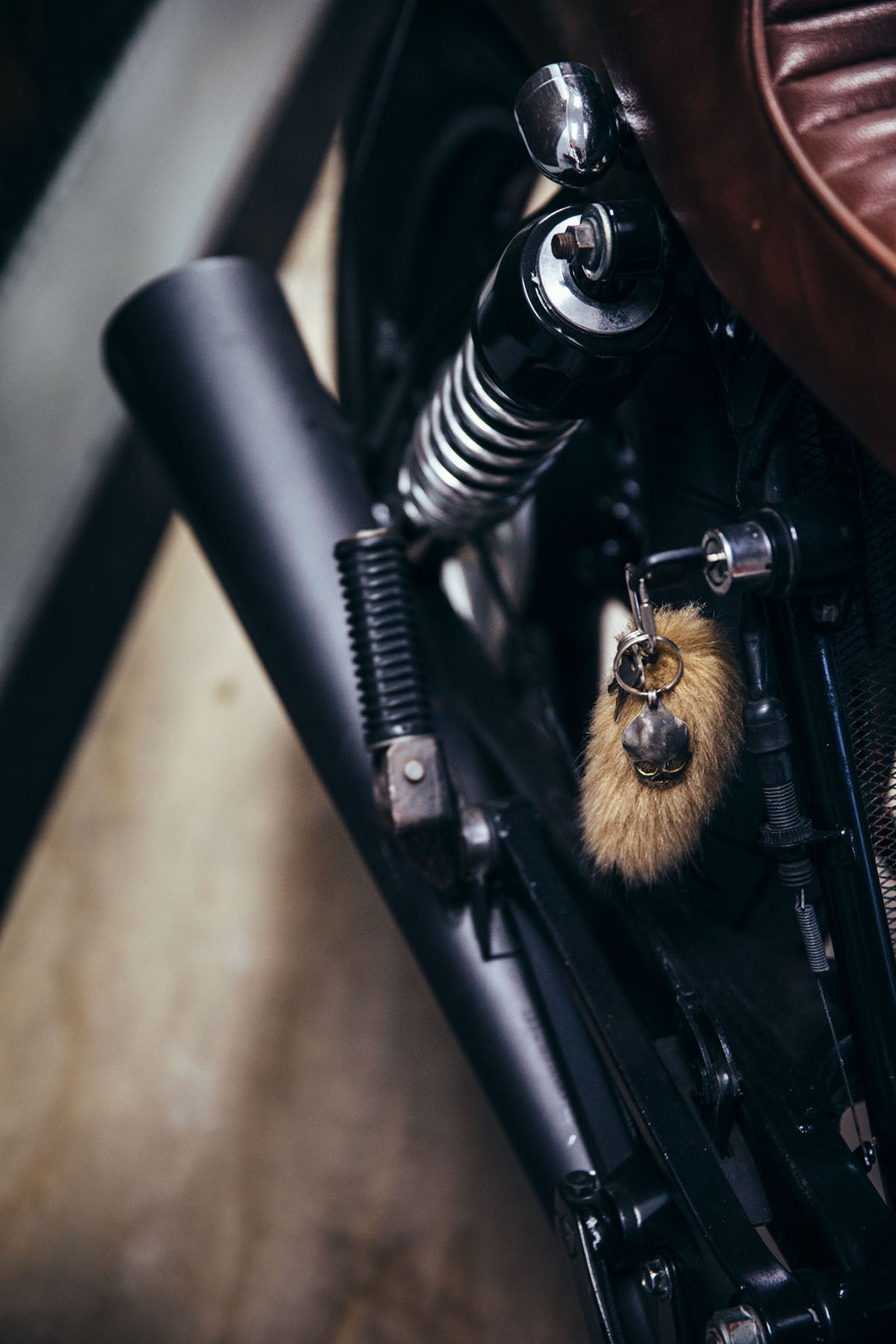 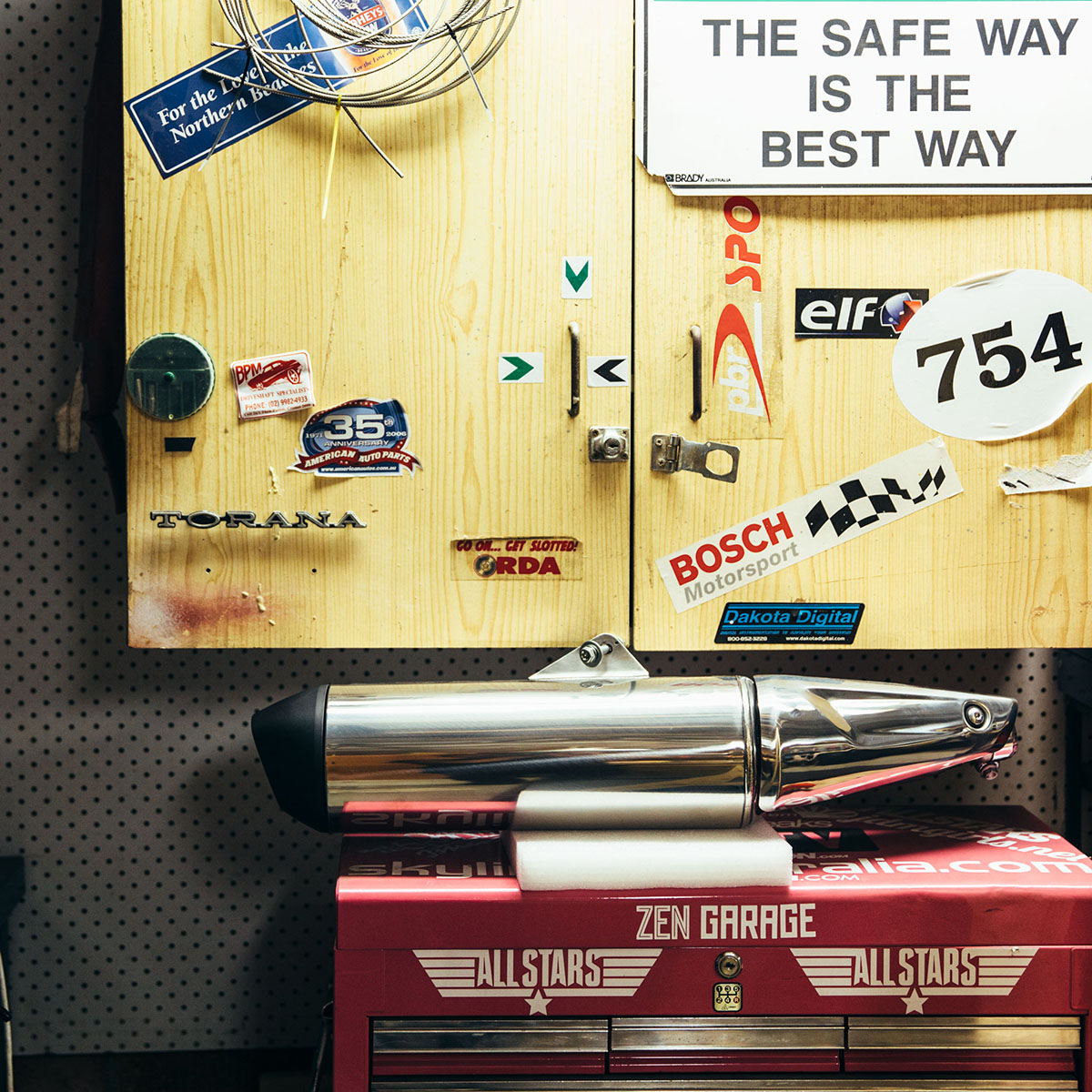 “Depending on if I have a project on, which I do most of the time, I’ll be in here at least 10-12hrs a week working away. It’s fantastic therapy. After I finished building the SLR5000 I really got back into bikes, so I rebuilt a couple of V-Moto 50’s, the CB250 and then tackled the CB750. I’m now modding the CB500X to suit my style.” 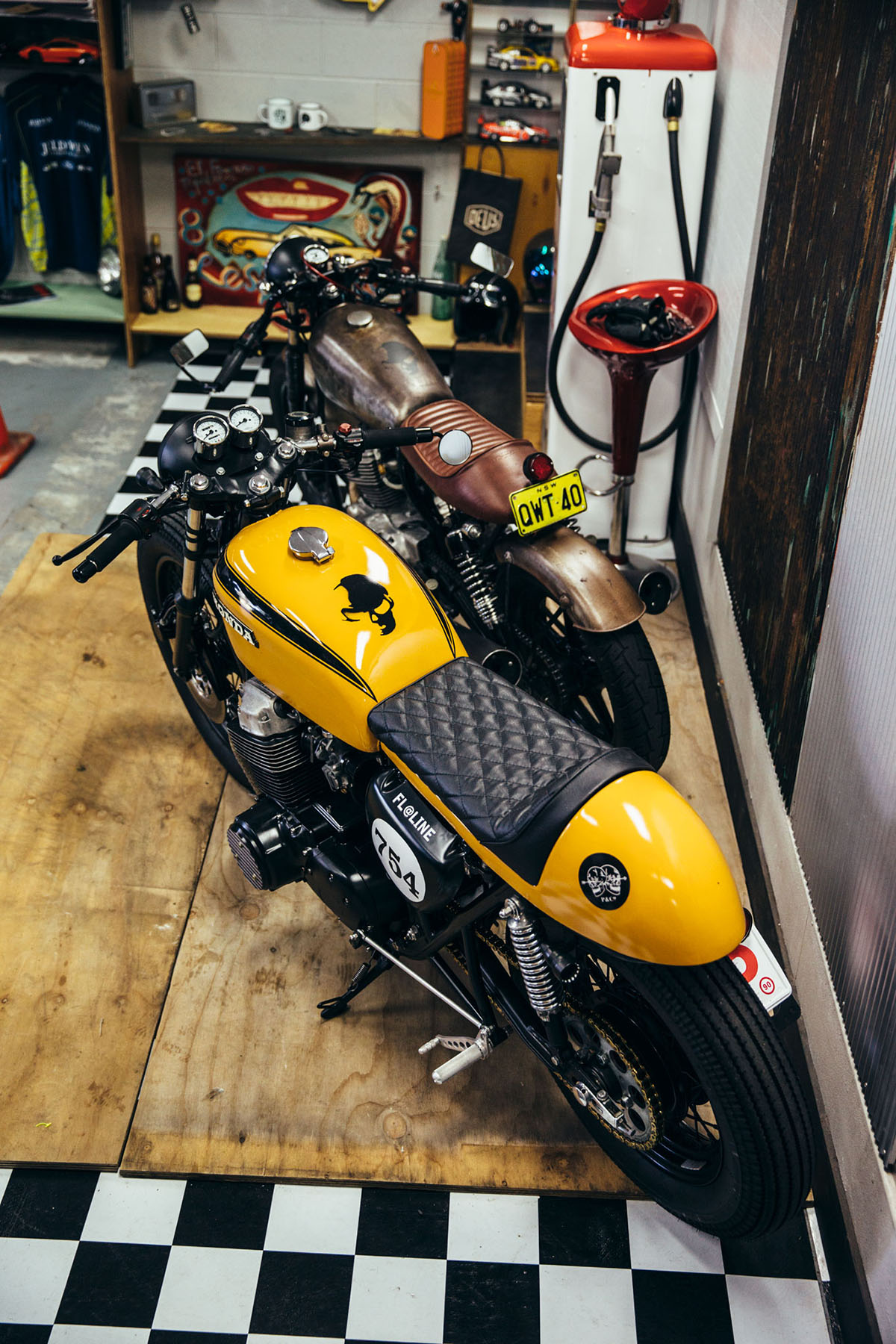 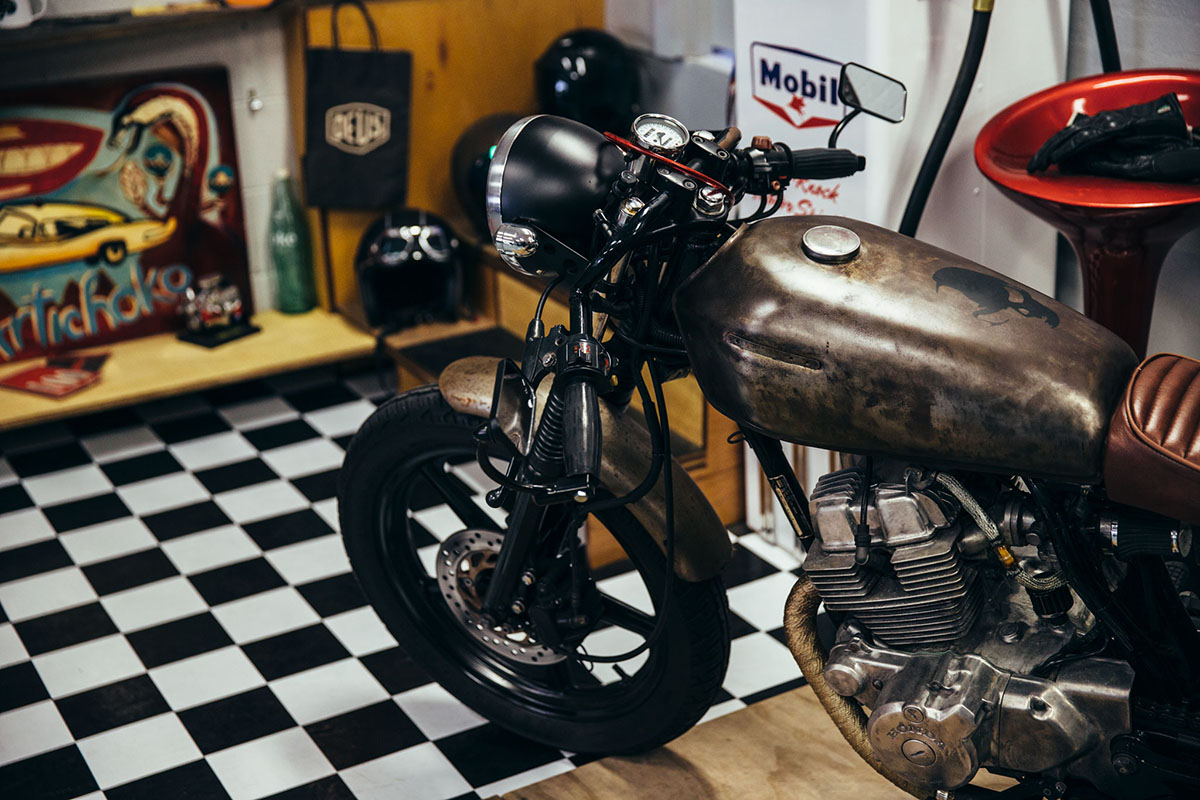 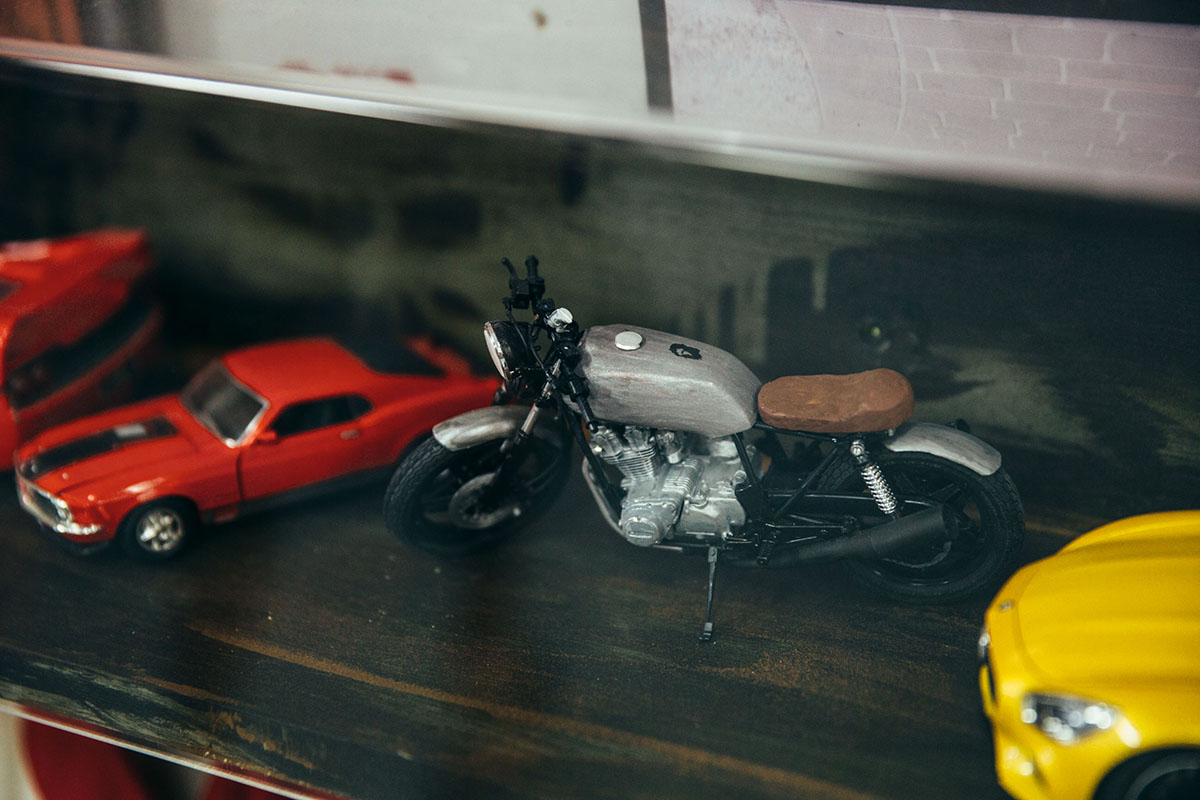 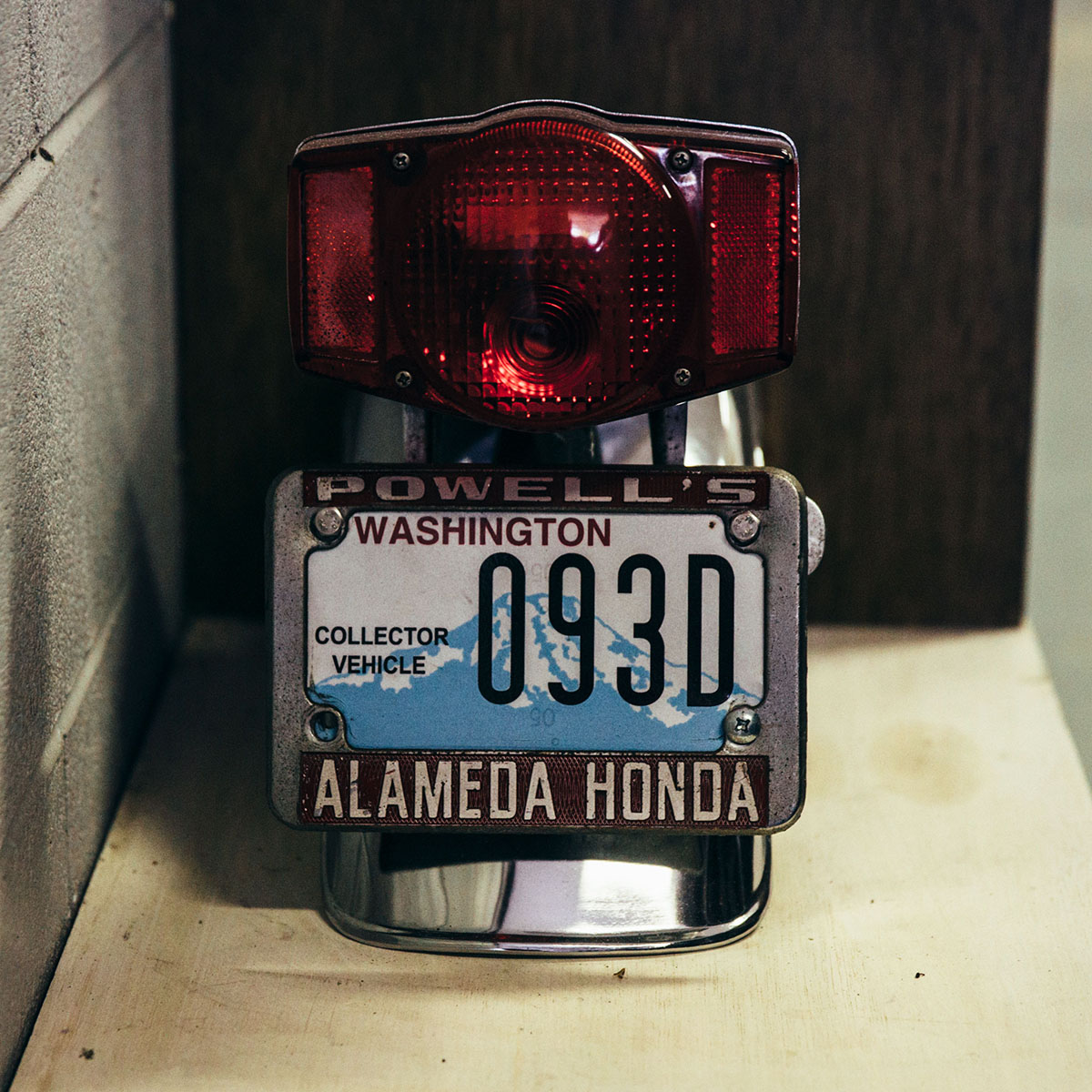 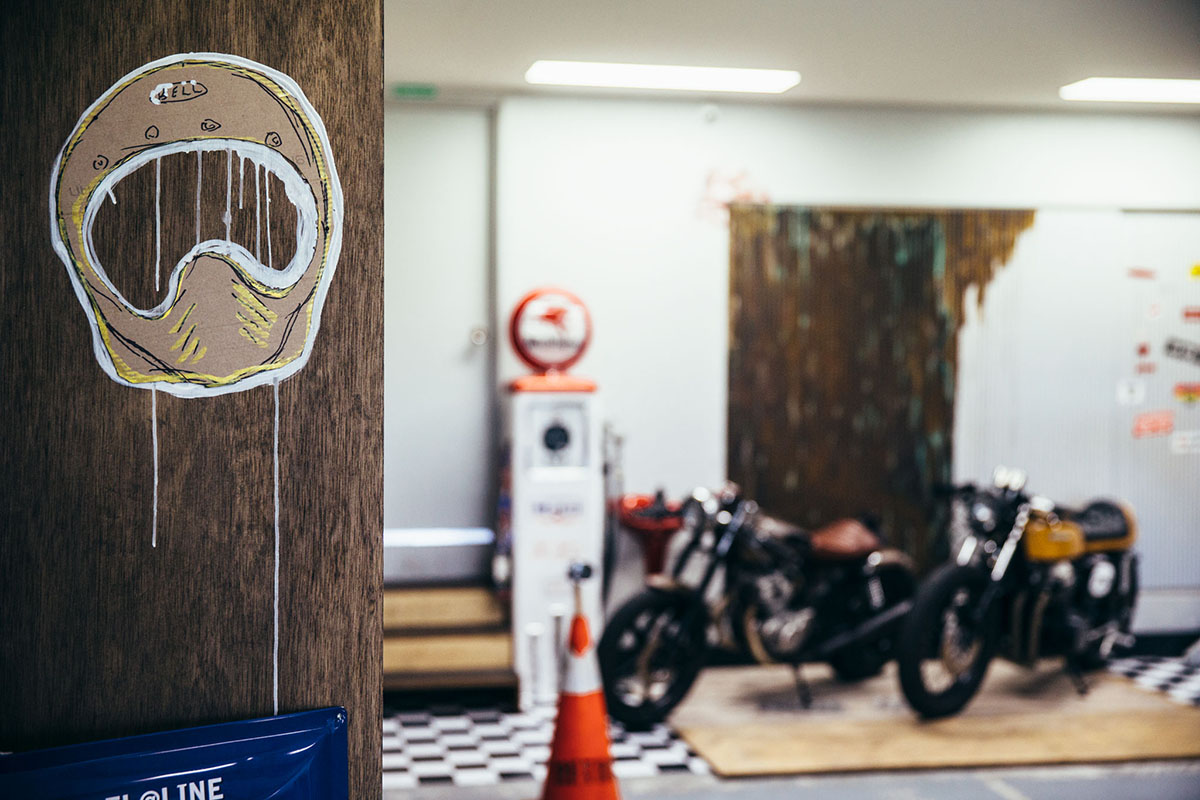 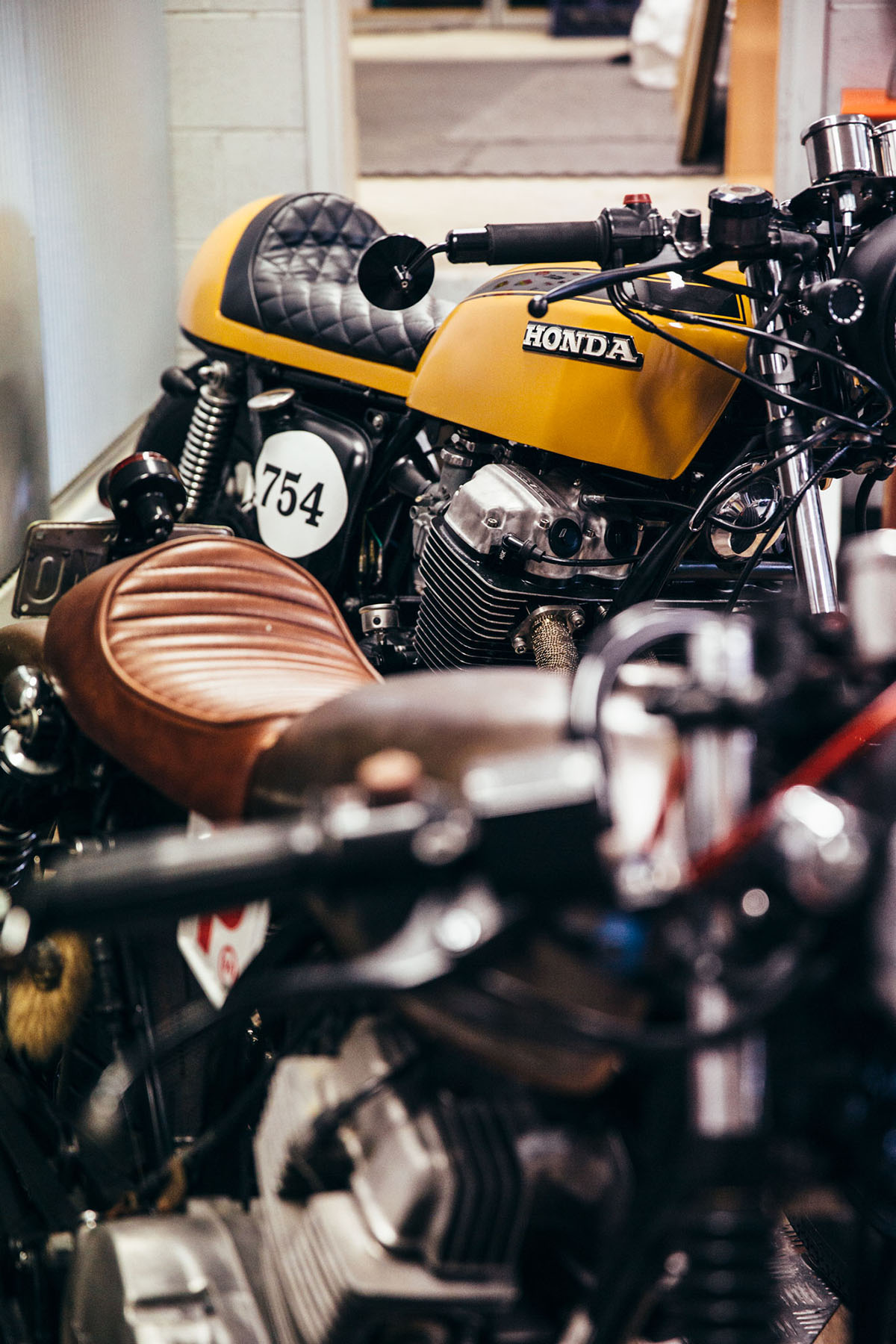 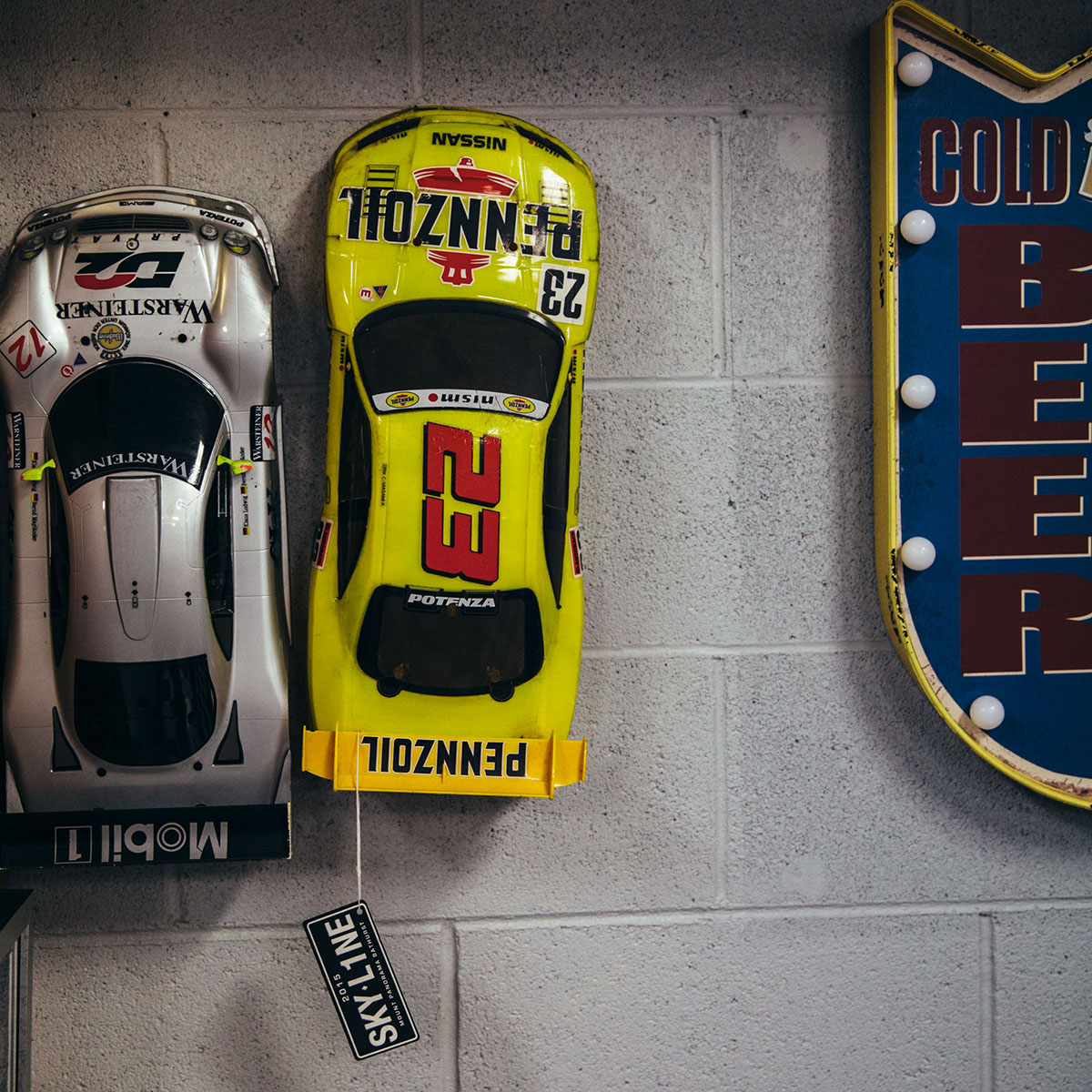 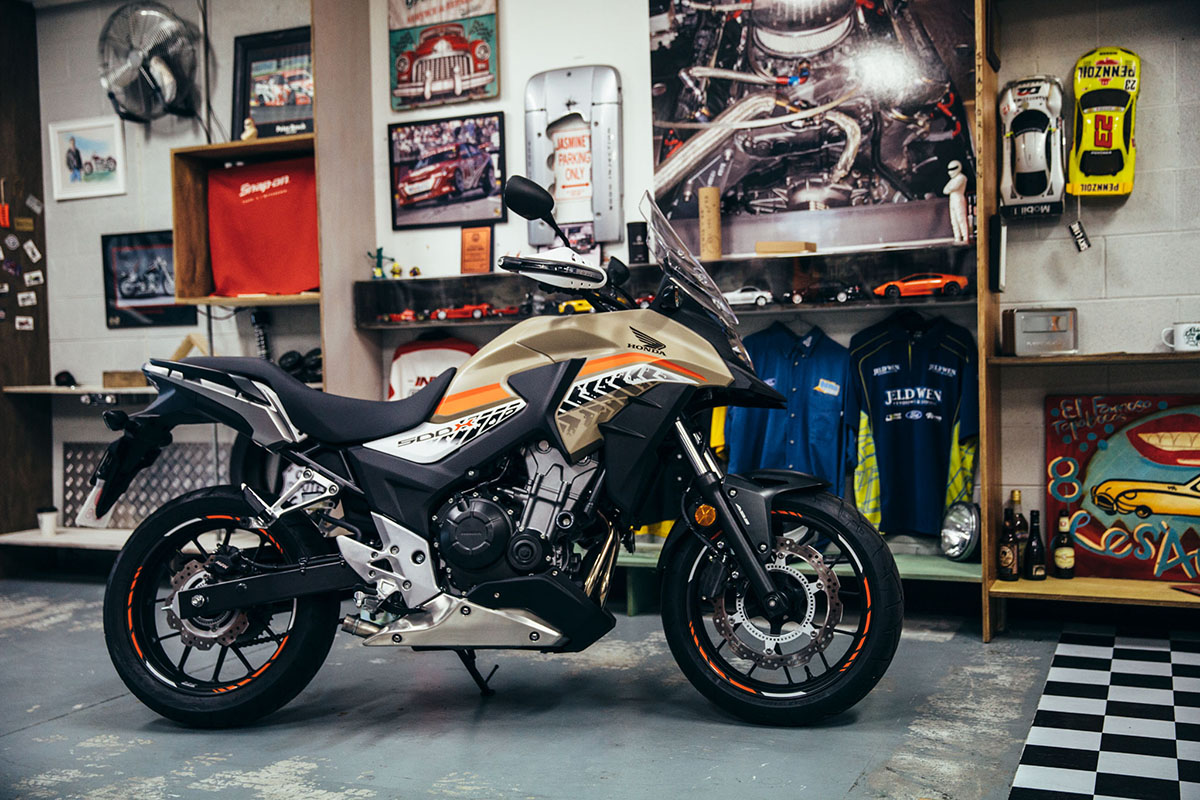