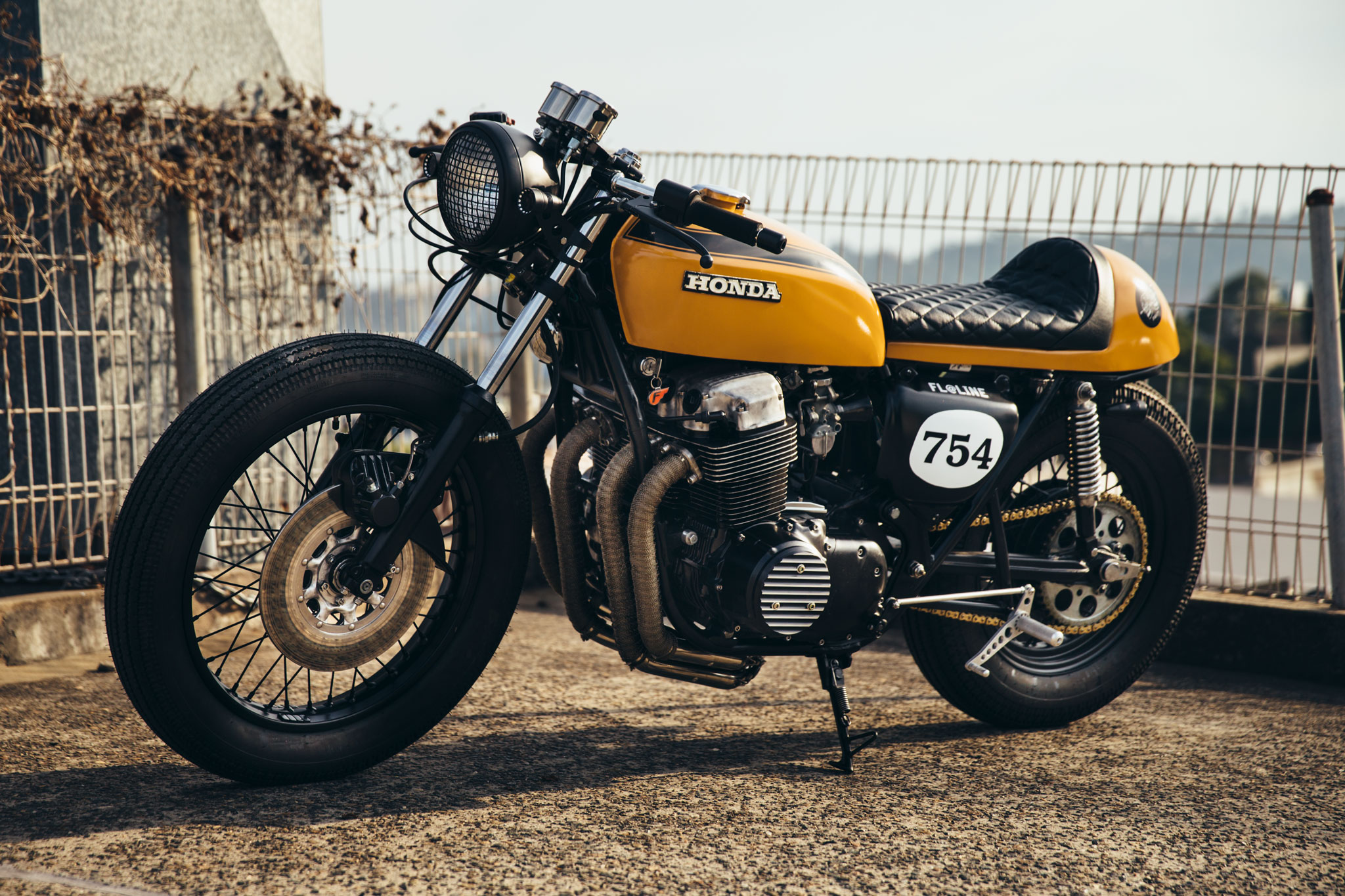 When you think about someone’s first custom build, images of a more humble job will probably first come up, with the odd bit of tape and cable ties making appearances. For Julian, this 1974 Honda CB750 K4 café racer build is an incredible start for his re-entry into the riding world. 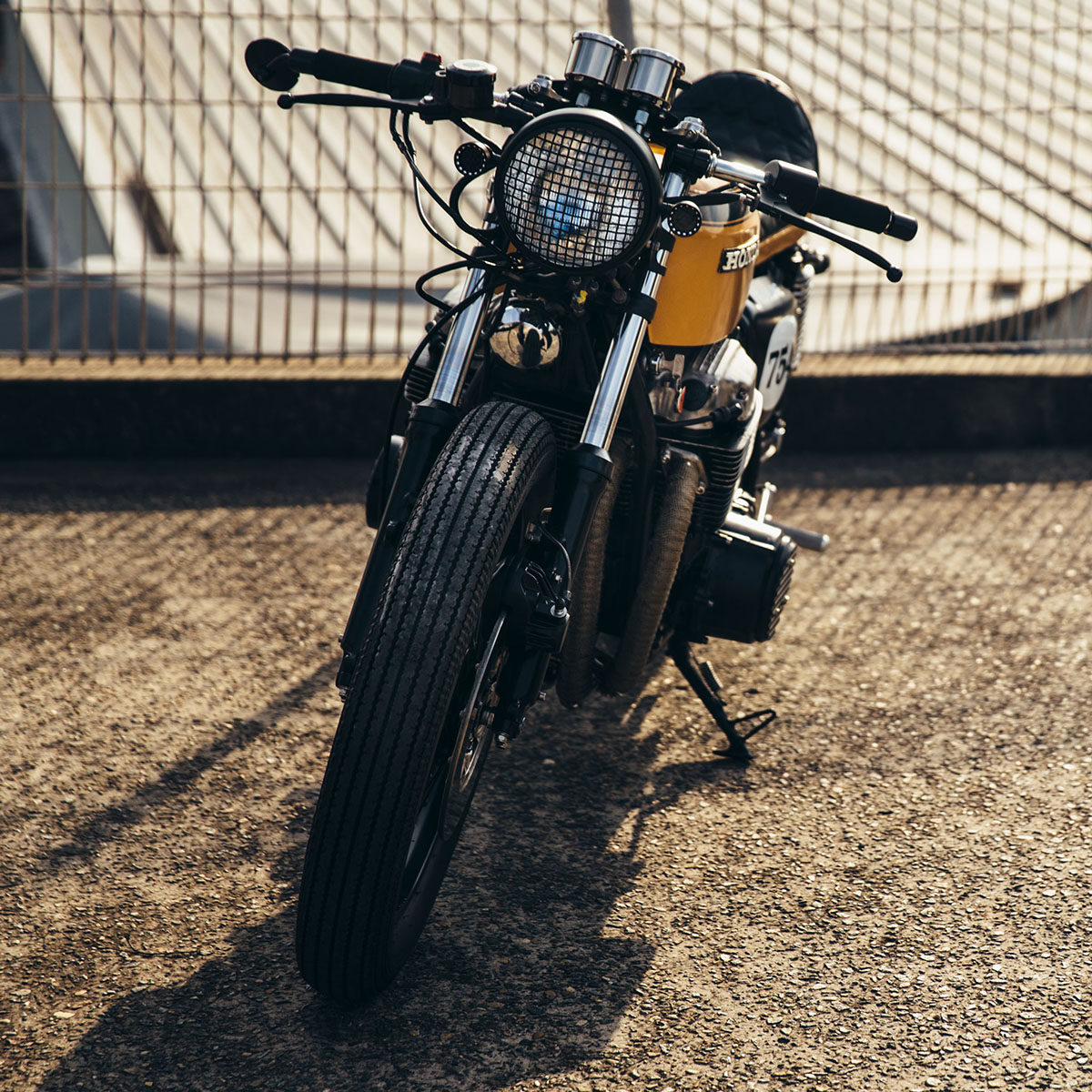 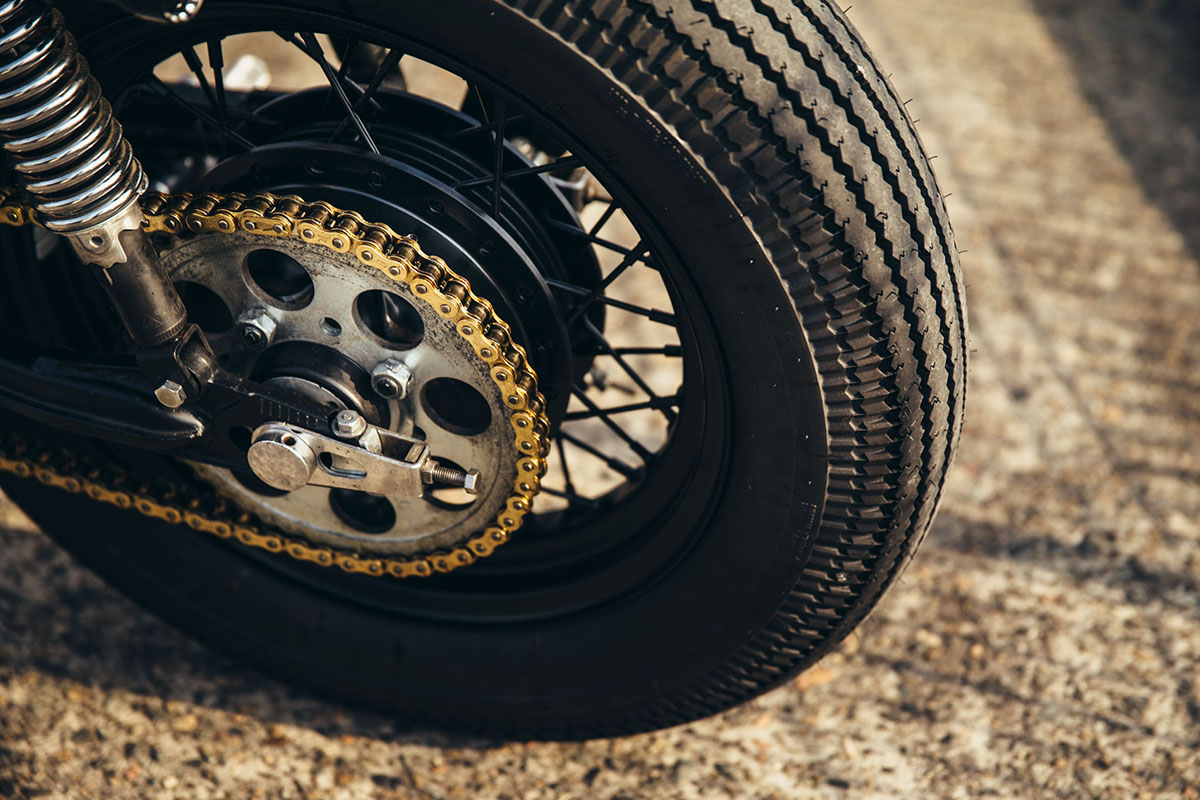 After a long sabbatical from bikes, Julian got the bug back and decided to create a custom machine for himself. The perfect project would be a big 4 build, a throwback to the bike’s he rode as a youngen with plenty of the café racer style that he loved. “I found a stock Honda CB750 K4 import from the States on Gumtree and decided this would be the perfect base for my project. I already had a Honda CB250 I’d been working on, so I decided to go big for this one.” 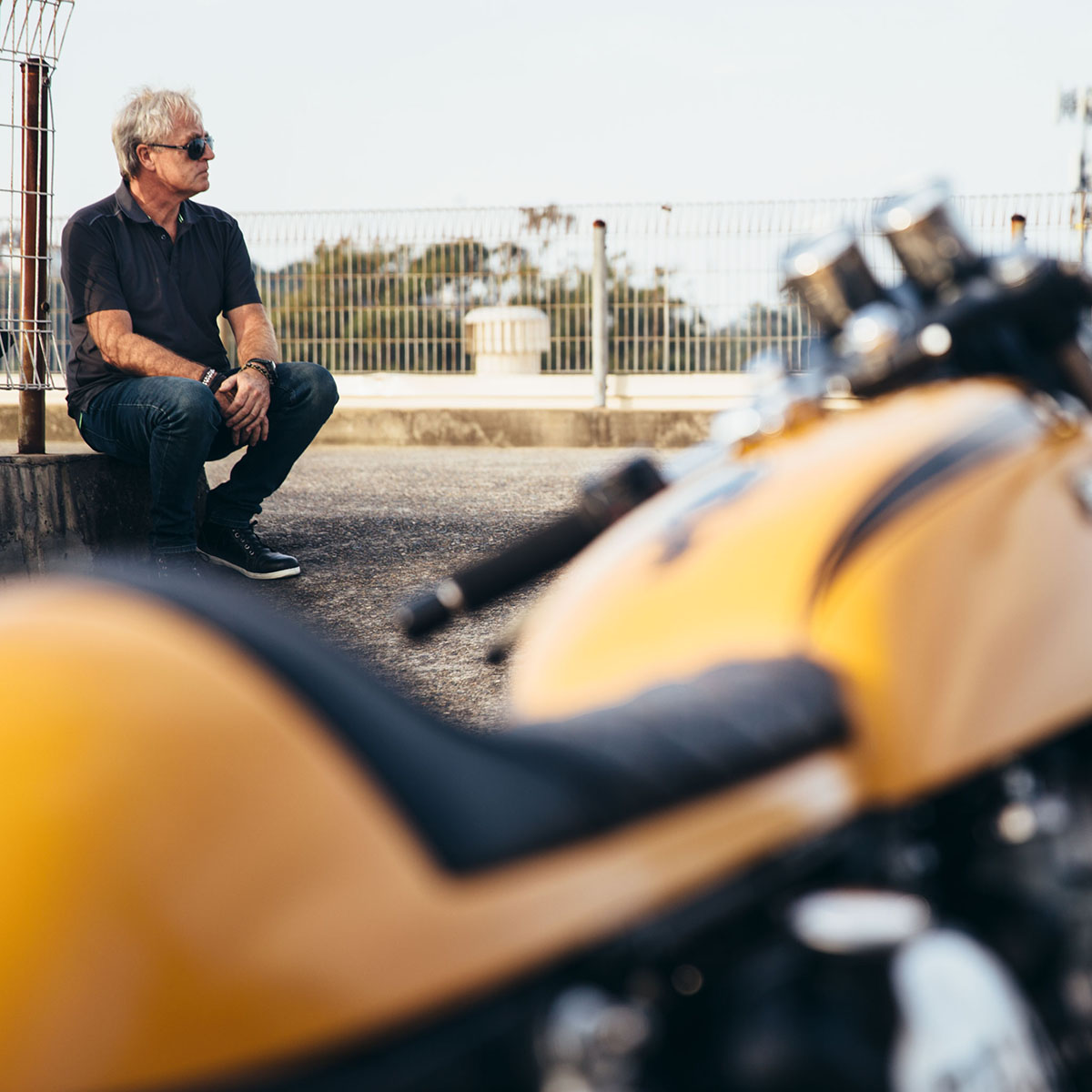 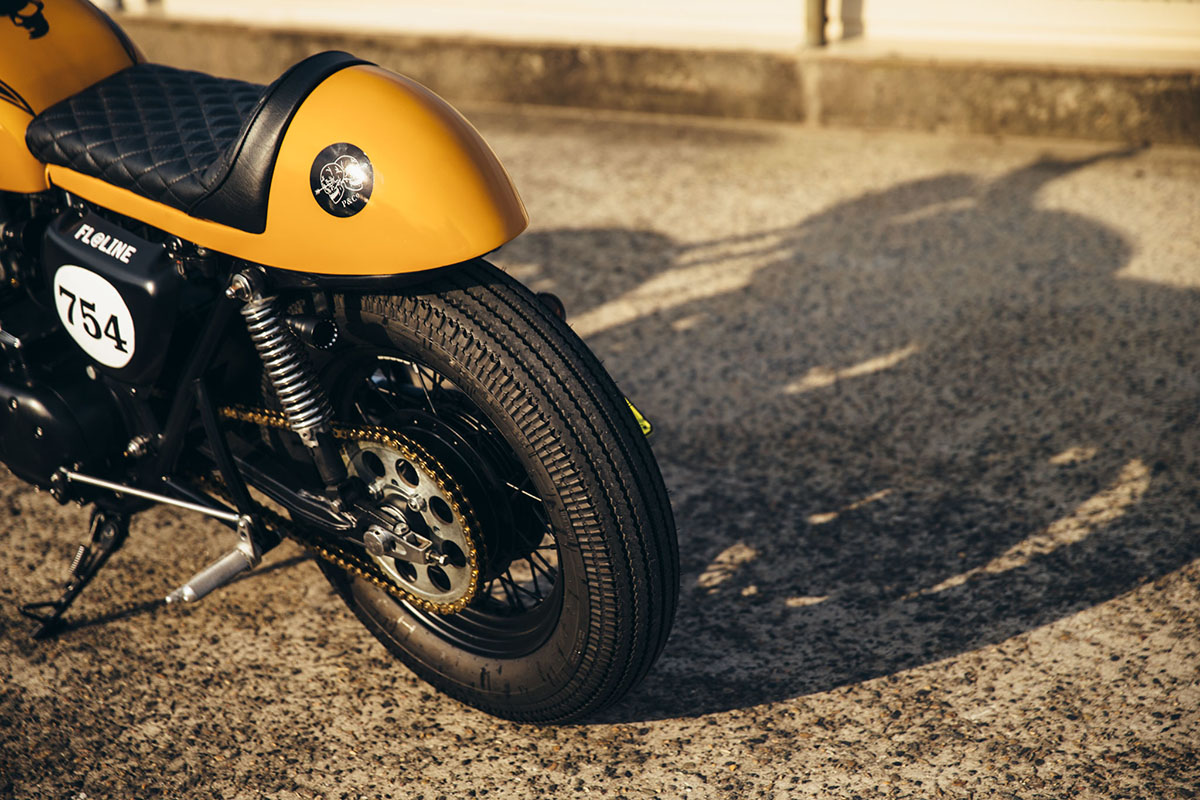 The Honda CB750’s are a popular base to turn into café racers, brats, and just about everything in between – and for a good reason. They’re machines that have stood the test of time, being one of the first superbikes, they punch out some great performance, an amazing sound and a look to kill. Julian’s Café Racer CB750 is no exception. The 4 into 1 exhaust lets out a truly aggressive roar that’ll offend old ladies streets over. The fat tyres accentuate it’s stocky and mean aesthetic. It’s the Staffordshire Terrier of the Cafe Racer world. 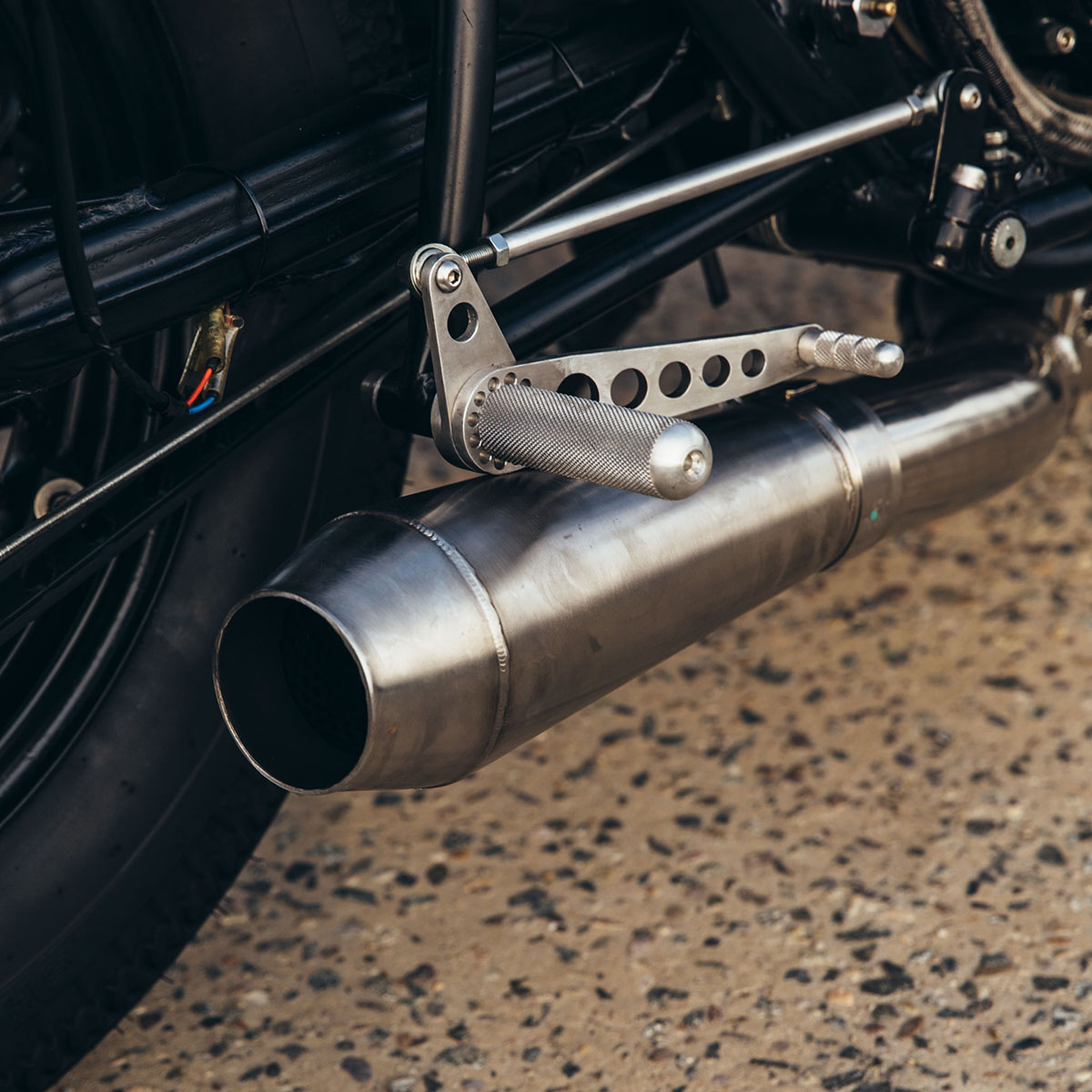 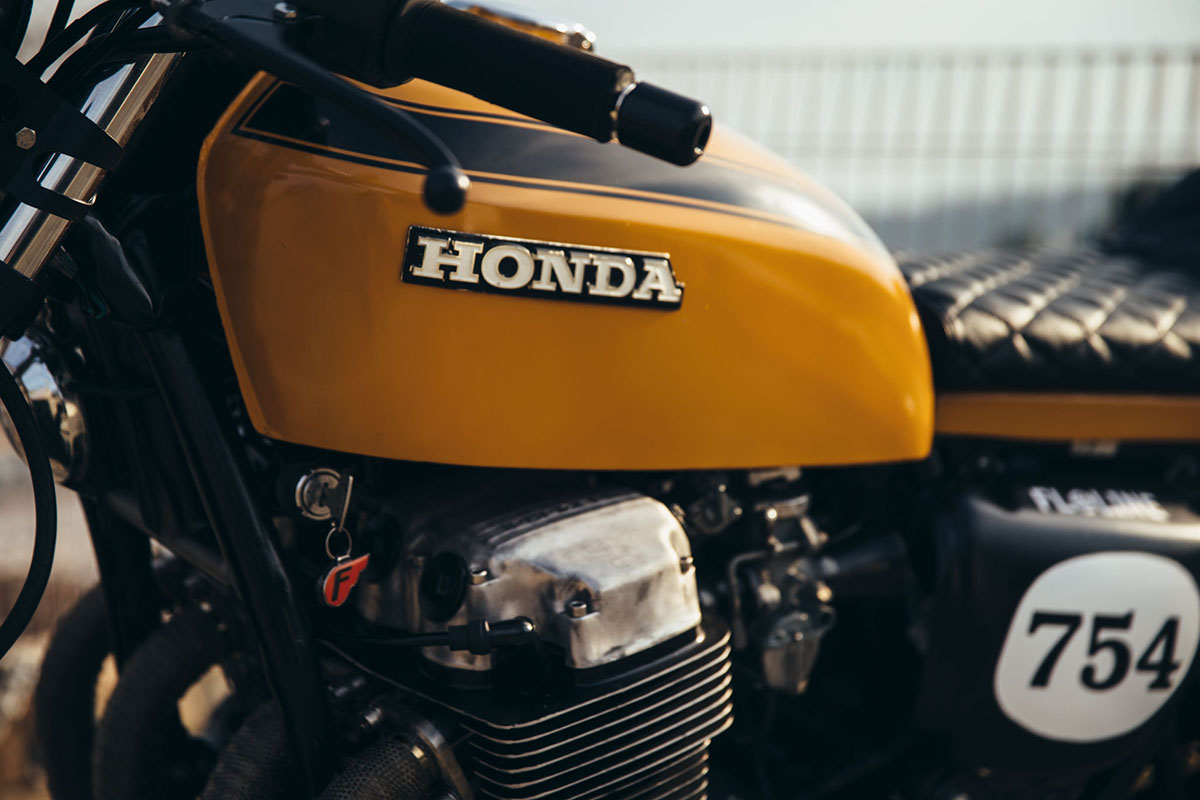 Upon the stock bike being delivered by bike transport, Julian found that it wouldn’t kick over. “Fuck, I’ve been duped!” he thought. Fortunately a complete strip down and rebuild sort out any gremlins that had taken up residence in the machine and she was now purring first kick. “The next few times there were some more teething problems, but nothing that more work wouldn’t fix, along with lots of alcohol.” 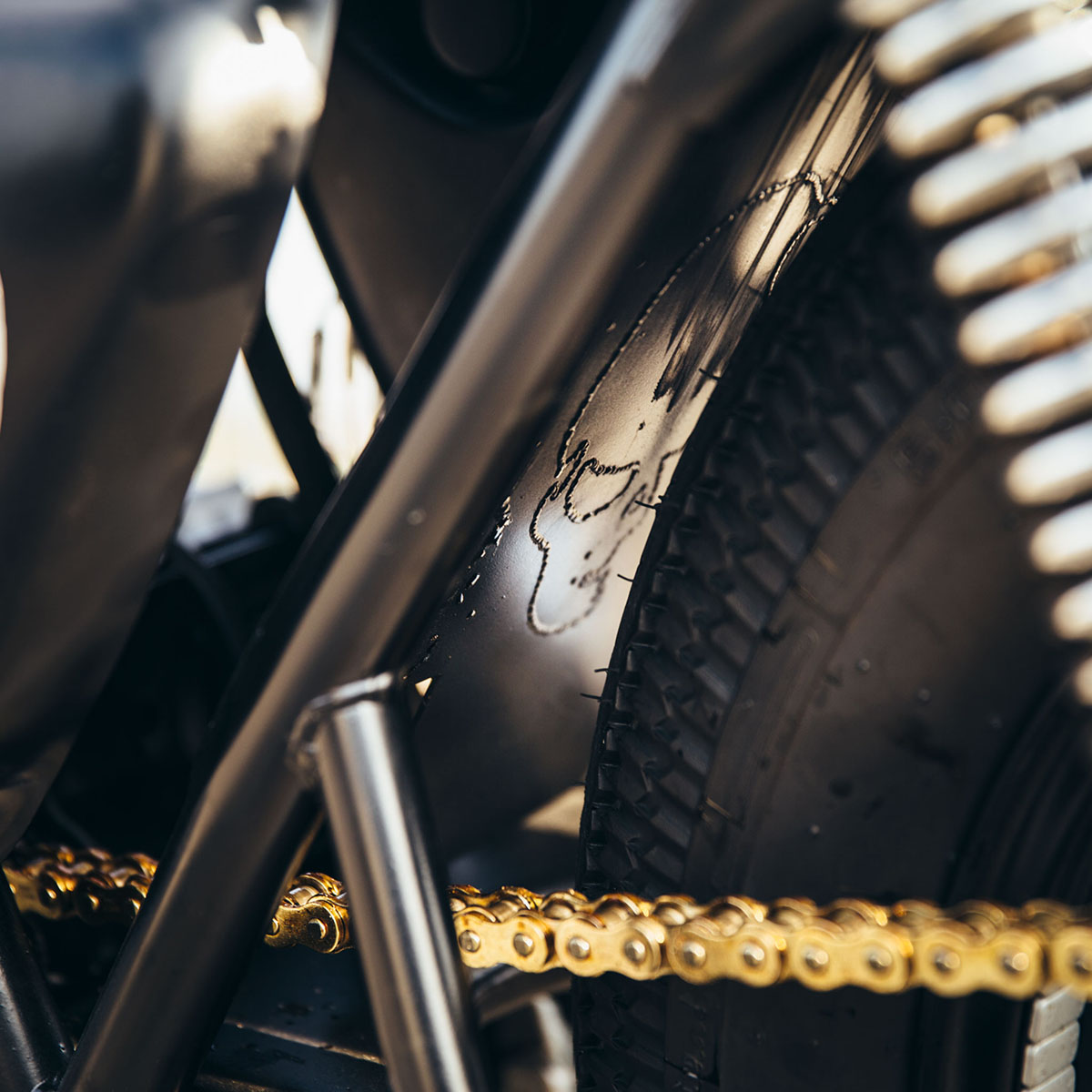 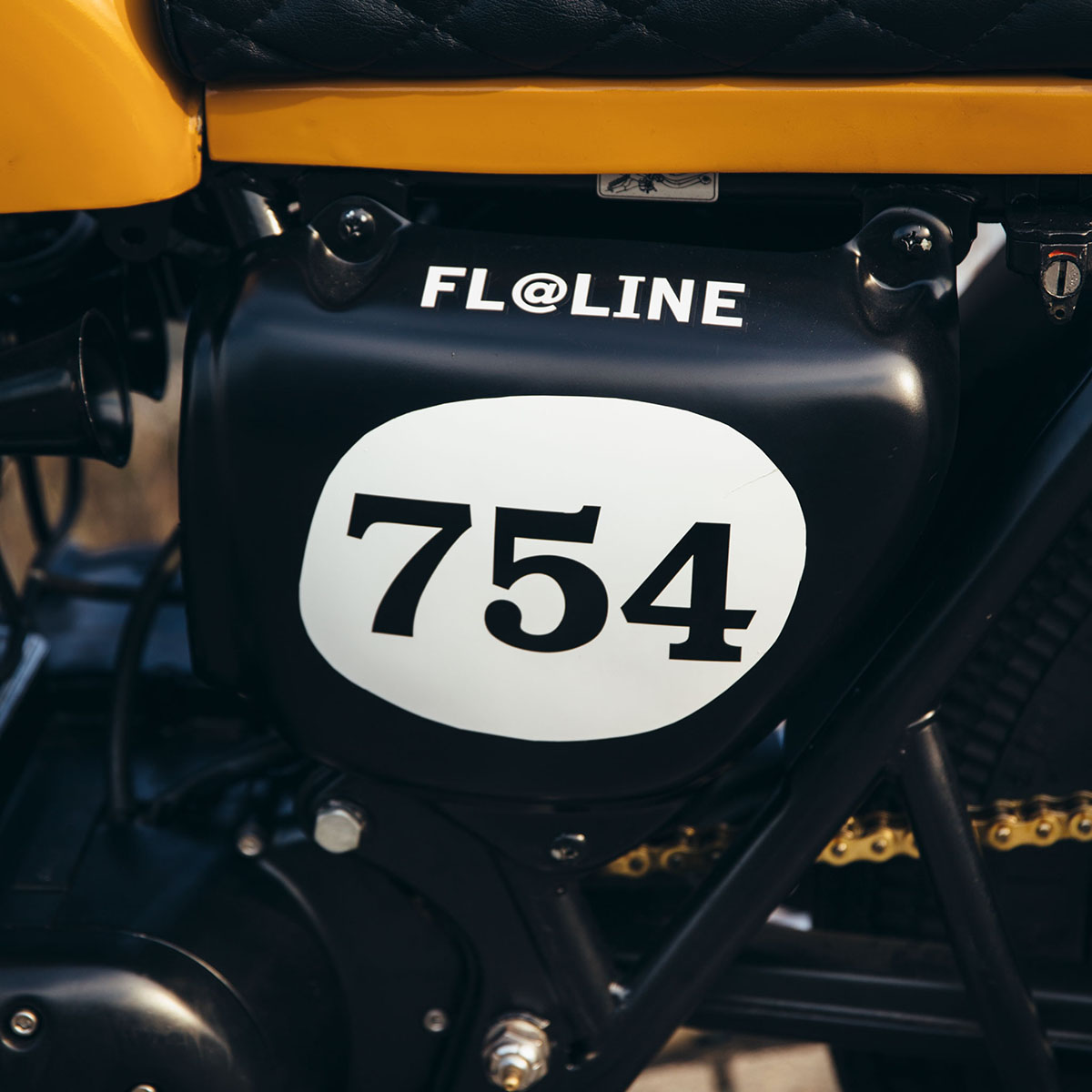 “The build took about 6 months to complete. I told the wife it’d probably take about a year, but once I start something I can’t stop. I spent a lot of time researching what I wanted for the build, sourcing parts and inspiration from around the world. It’s like Christmas every time packages would arrive at the door from various places. I did everything on the build myself, I even built a sand blaster in garbage bin to help clean everything back to bare for the rebuild. I found a great supplier in the US for the parts I needed so decided to replace nearly everything. I then repainted it all, which taught me to slow down a bit so I could do it once and do it right. There was a lot of standing and staring!” 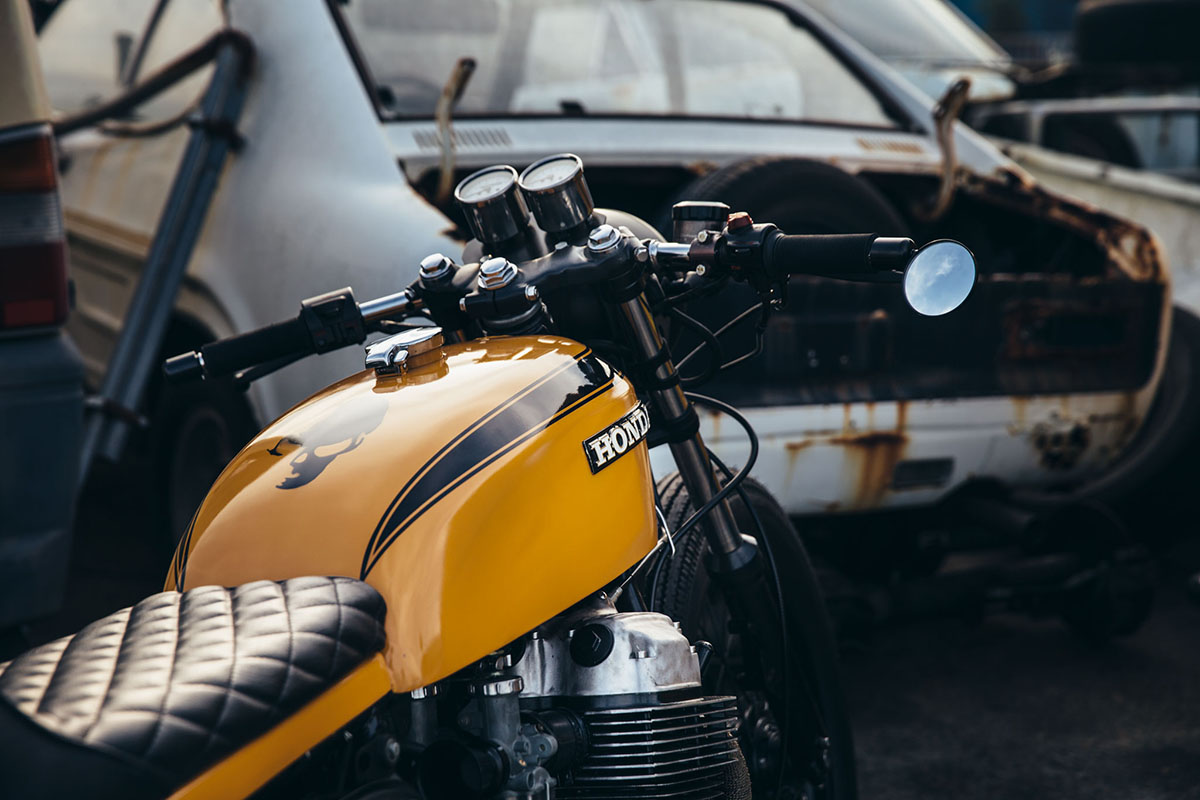 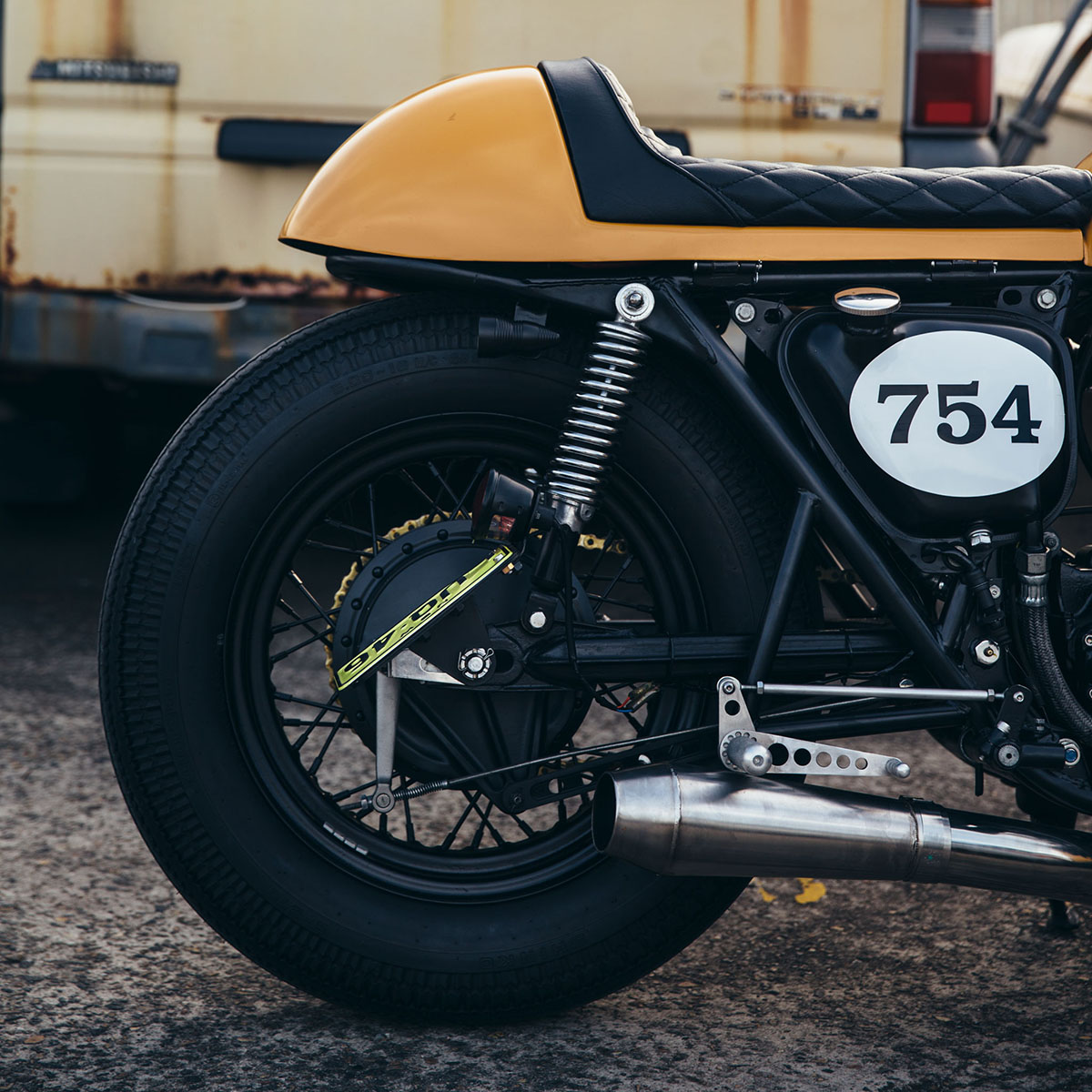 “I love its low, bulky, mean look – and the raw grunt it makes. You hop on it, start it up and get that smile back on your dial. There’s no better therapy than going for a ride, and there’s nothing quite like the sound it makes.” 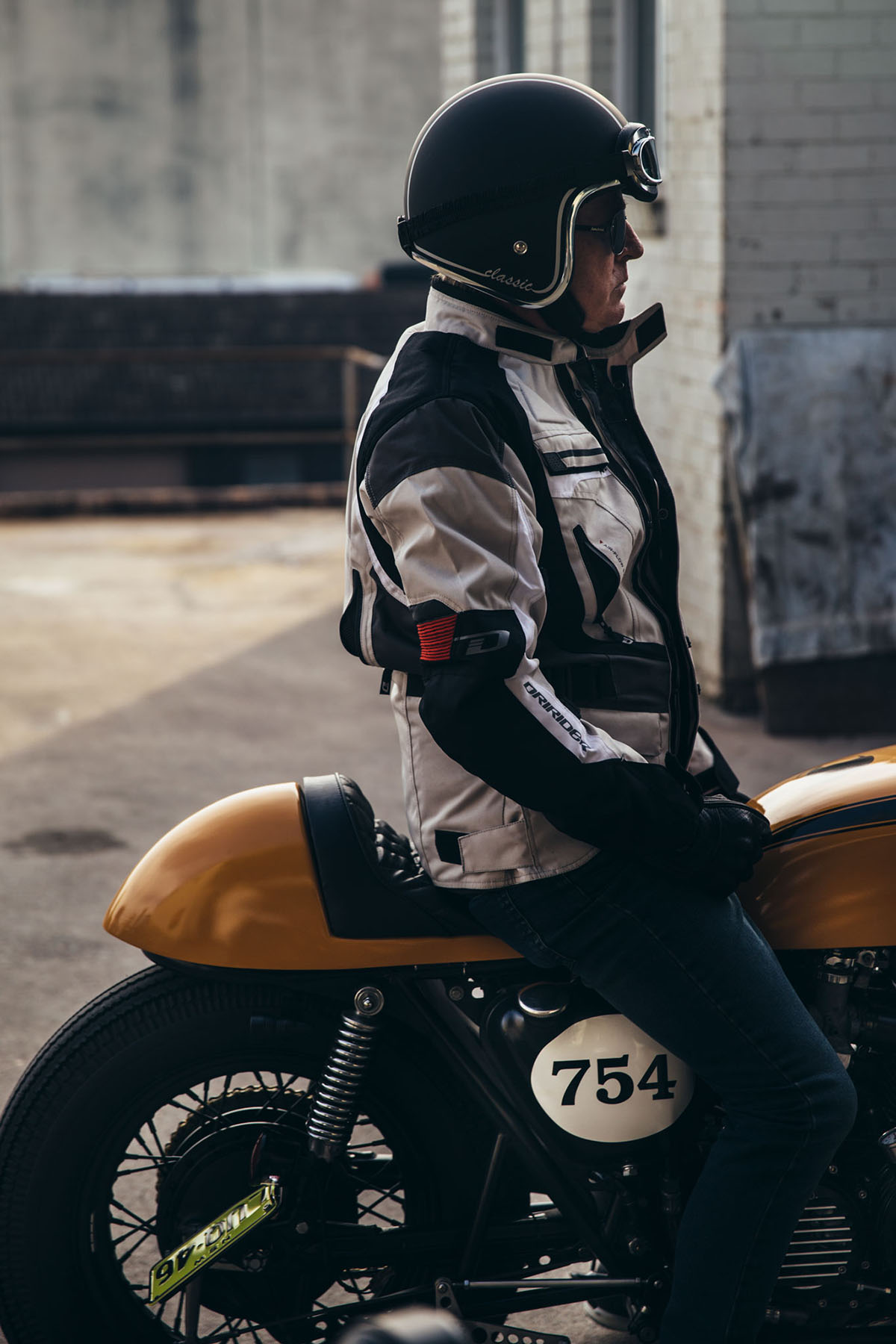 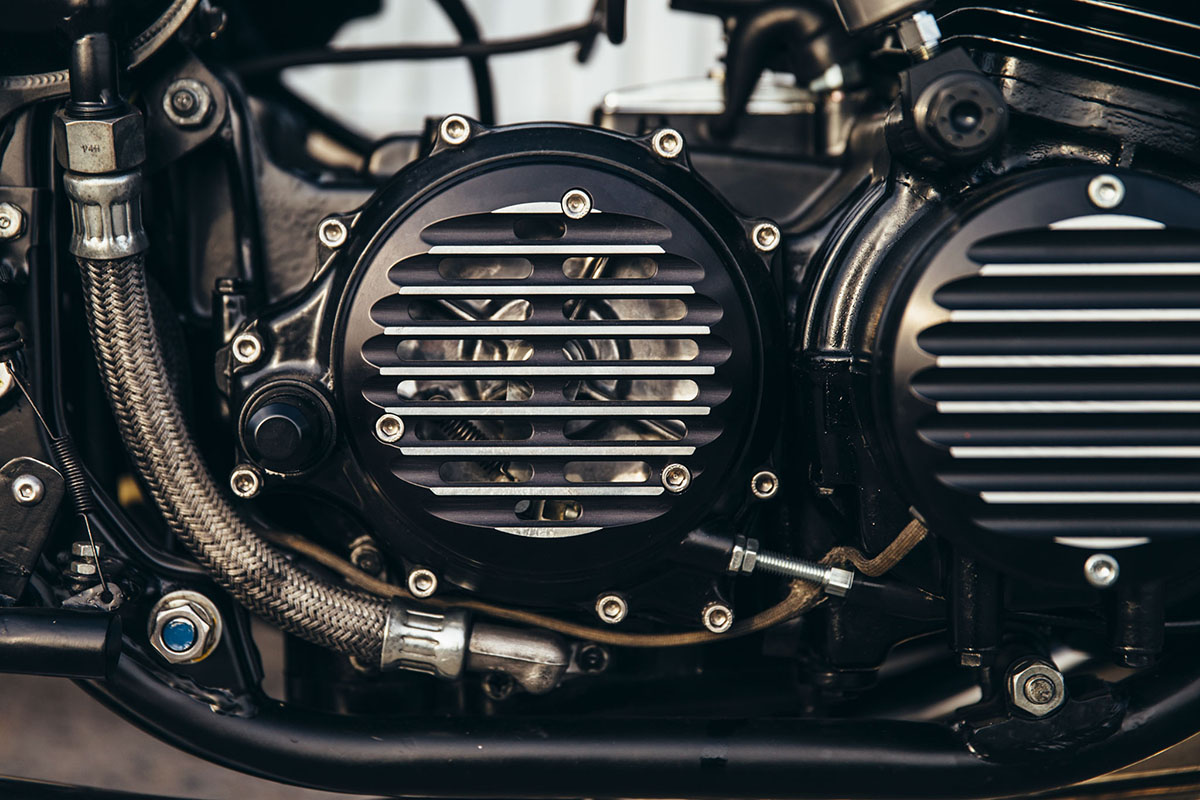 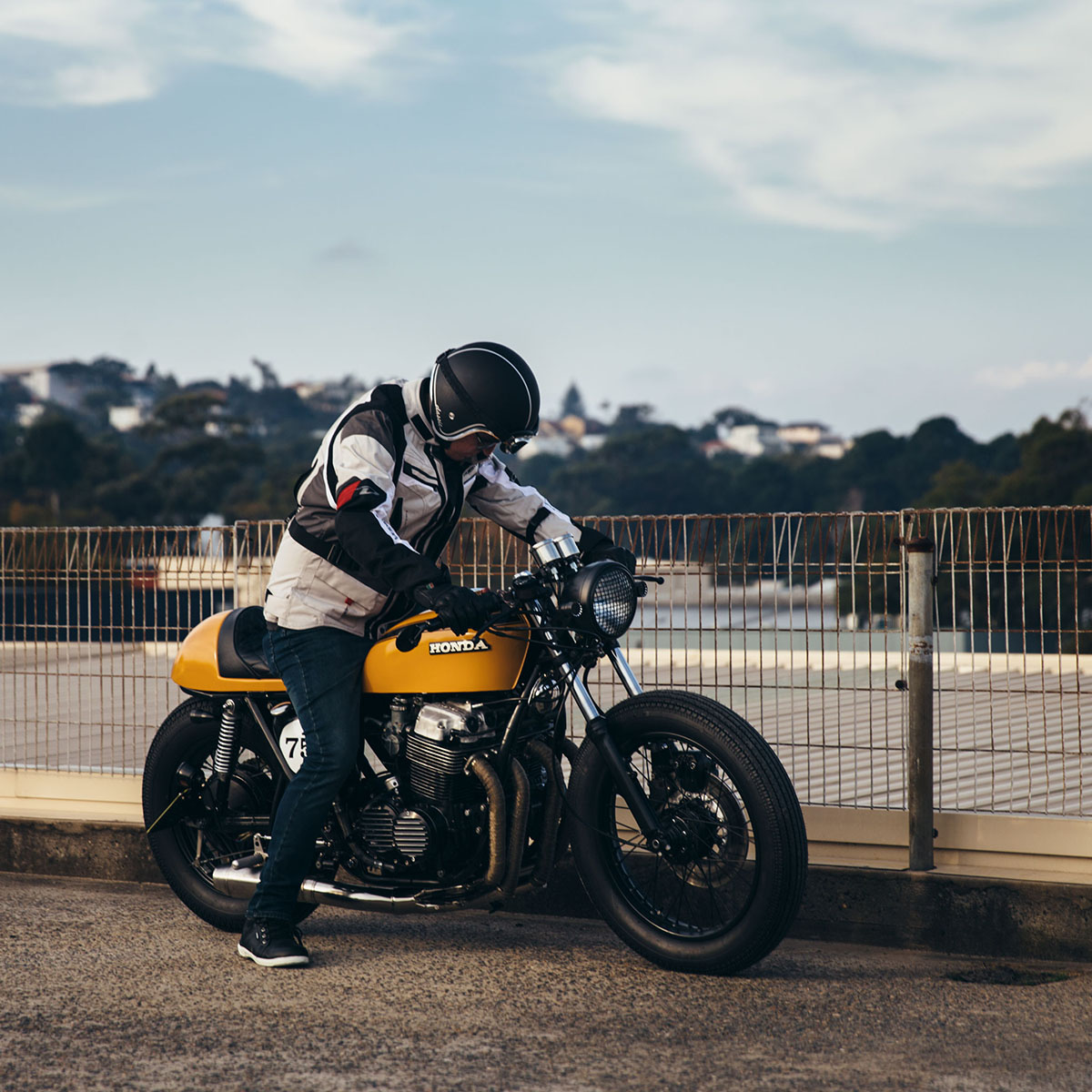 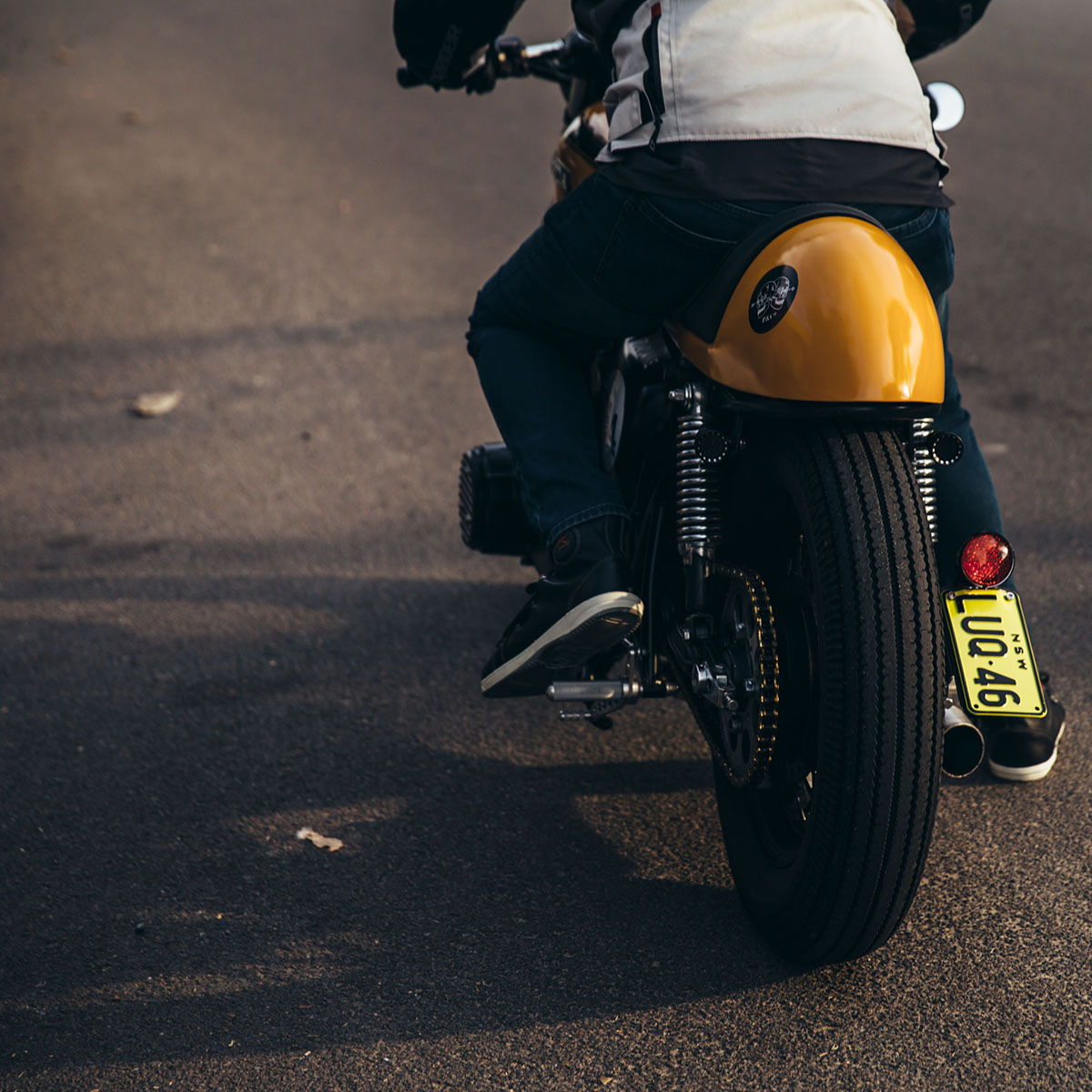 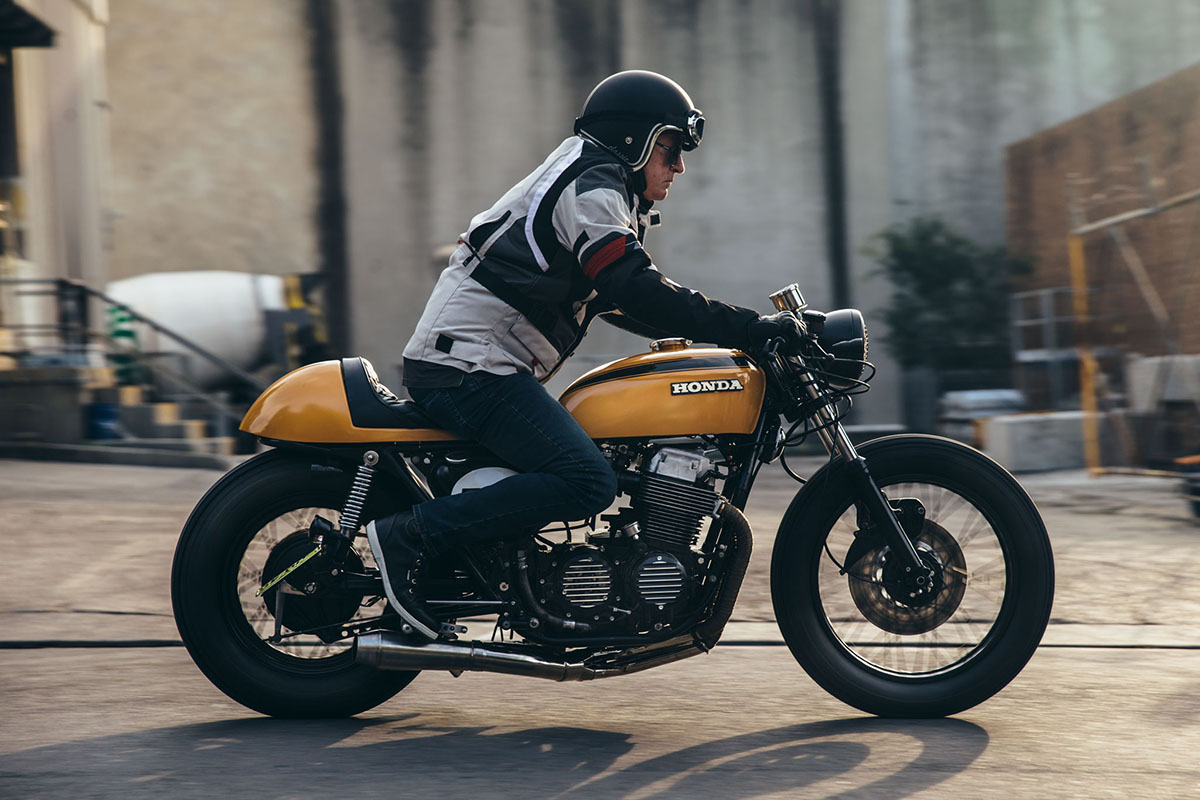 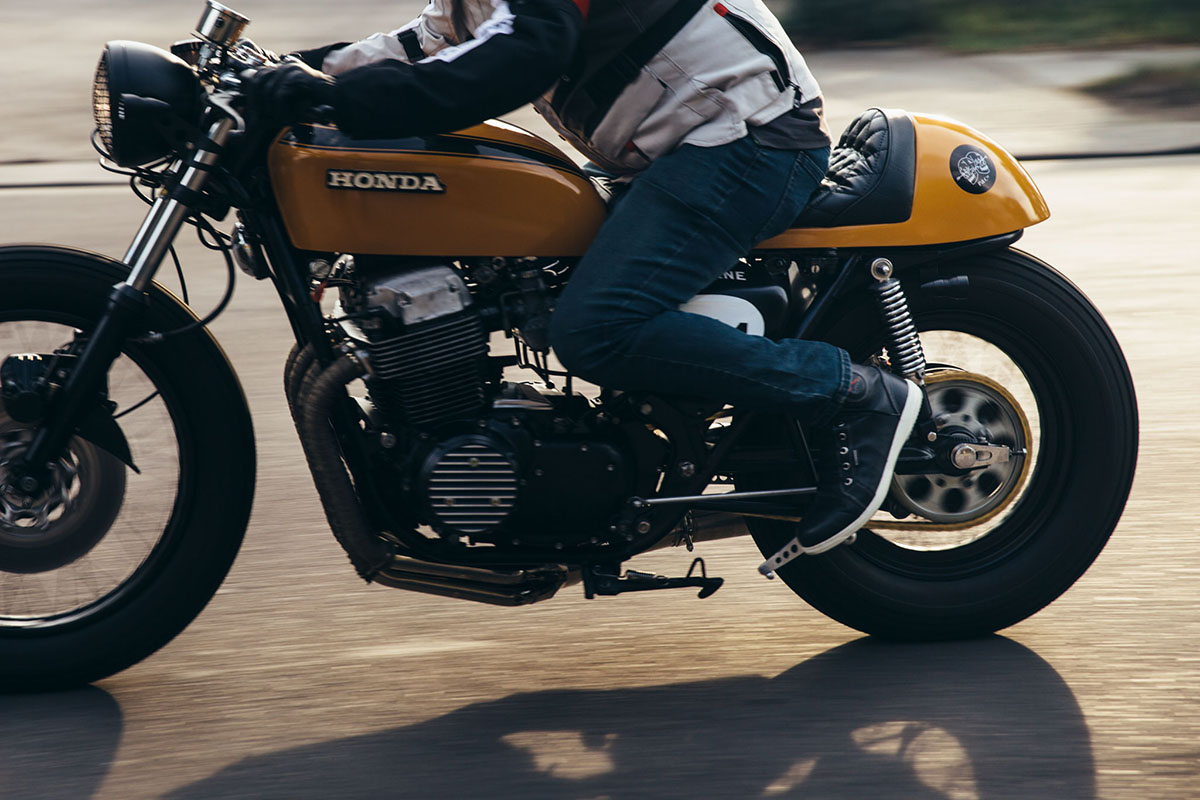 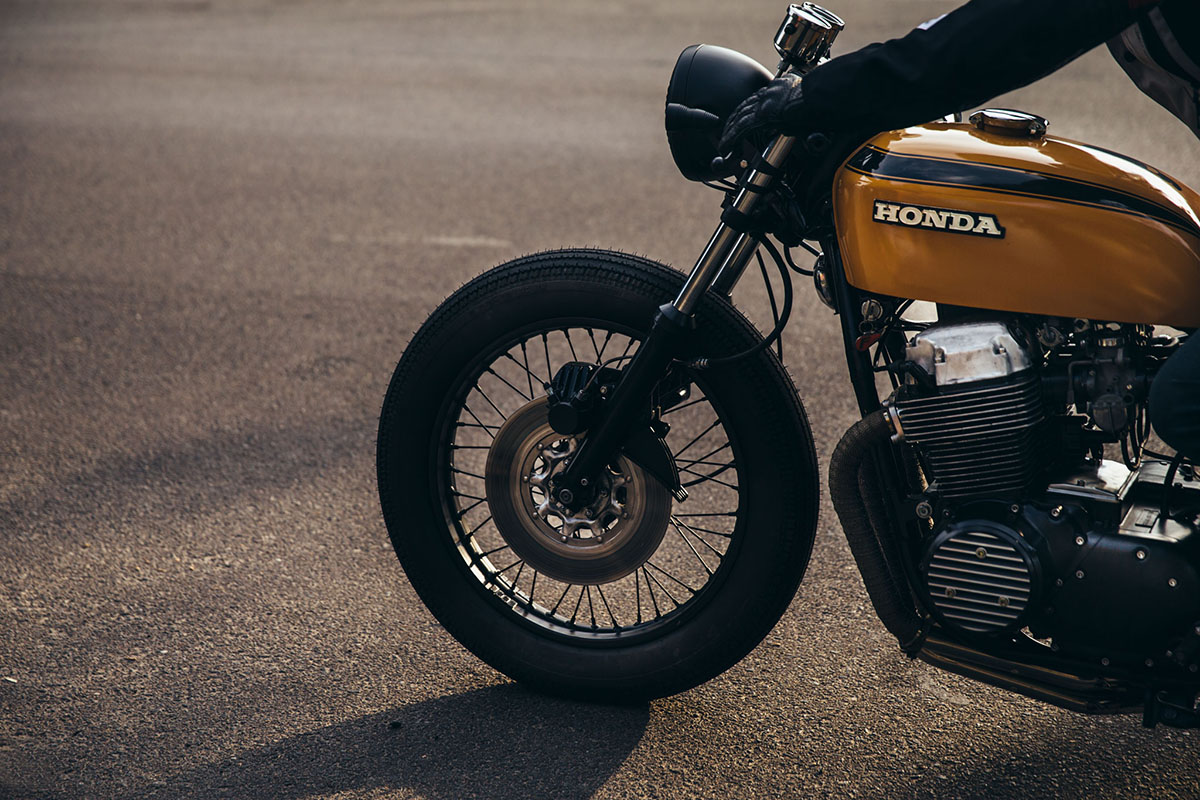 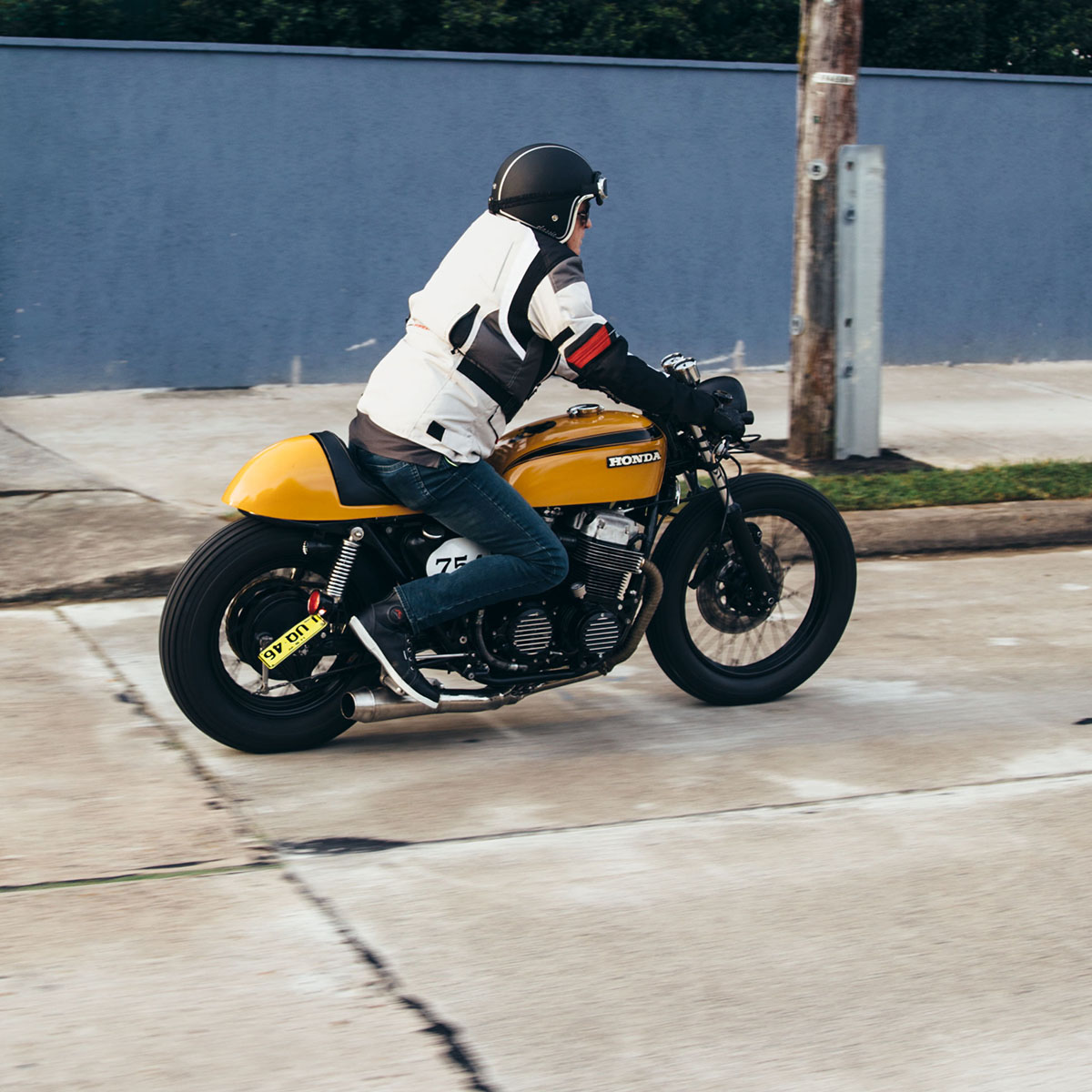