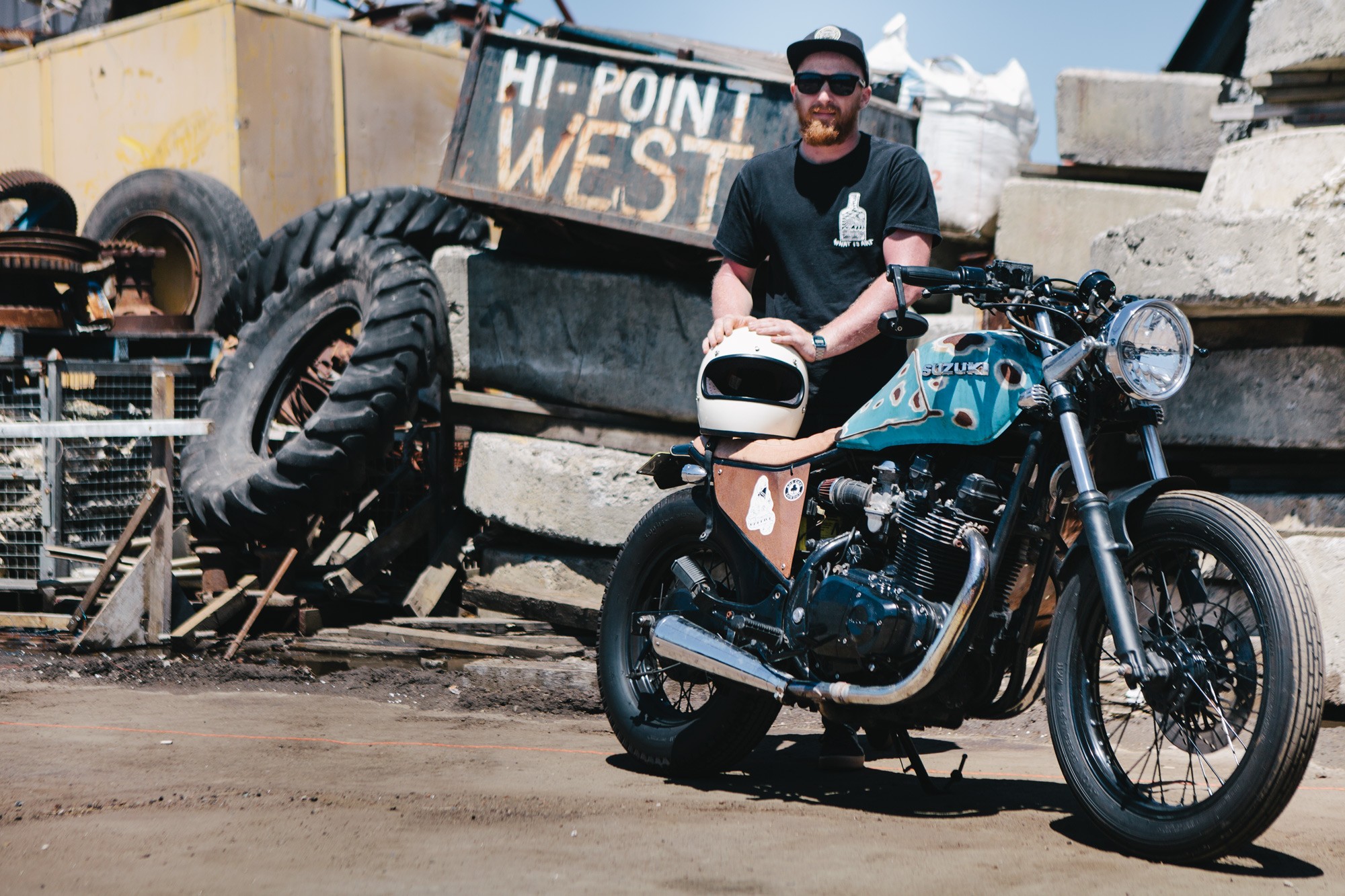 It was only a matter of time for Kel to get his wheels, what with having so many riders in his family. This would prove to be an important decision in his life as it brought him closer to family, while also learning more about motorcycle customisation.

Both Kel’s uncle and father had always been into bikes for as long as he could remember, but it wasn’t until a chance exposure to Post-Modern Motorcycles that Kel would finally be inspired to pick up some wheels for himself and get chopping. “That style of bike seemed pretty easy to do, so I sussed out how to buy a Postie which I ended up grabbing from pickles auctions, and a few weeks later my brother and I were the proud new owners of what we hoped would become a sweet new custom ride! This was quite a few years ago now, and I’d only got as far as changing the rear cog on the bike, adding clubman bars, new indicators and some stickers.” 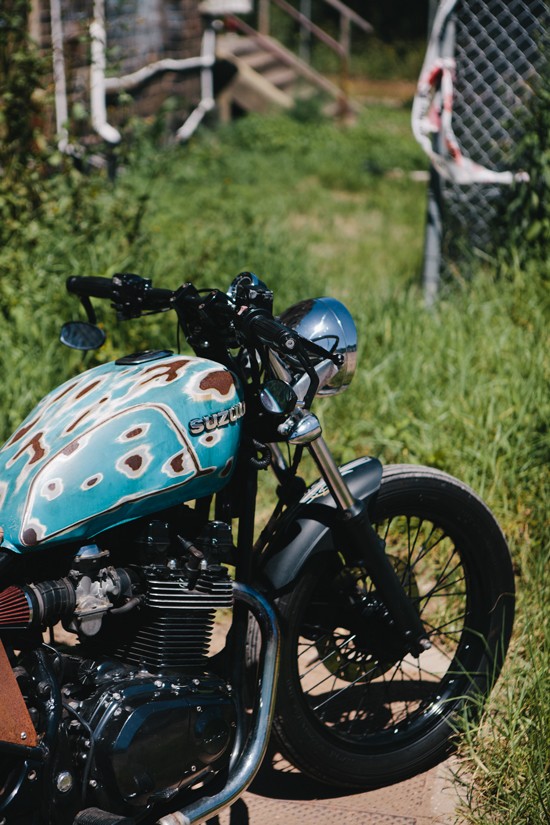 From here Kel found his way into Sydney Café Racers in the hopes of helping his custom bike work. “I had the Postie for a few years and attended a few SCR rides. I rode on the first Throttle Roll event as well, and got to lead the pack back from the ride into the Vic On The Park, which was really cool. It wasn’t long thought before I grew out of the limited power of the CT110, so I started my search for a new bike.”

The search for a new bike would inevitably lead Kel to a 1983 Suzuki GR650 which he had found sitting outside a mate’s girlfriend’s place. “I’d been looking at the bike for a while, and the guy who owned this bike had moved to Melbourne so I offered him $500 as the bike had been sitting there not running for almost a year. My mate knew I wanted the bike and ended up buying it before me, he then got to work on the bike and sold it to me with a blue slip a few days later.”

From here the work on the bike would be slow, as Kel himself admits he lacked the skills, tools and money to dive in headfirst. “I was getting more involved with the crew from SCR attending more rides and gaining advice along the way. Pretty much the first thing I did was strip the tank back to bare metal and added some new handlebars. I rode it like that for a while before I got sick of the look, so I painted the tank. I was going for a well-used patina look, and I’m pretty happy with the out come!” 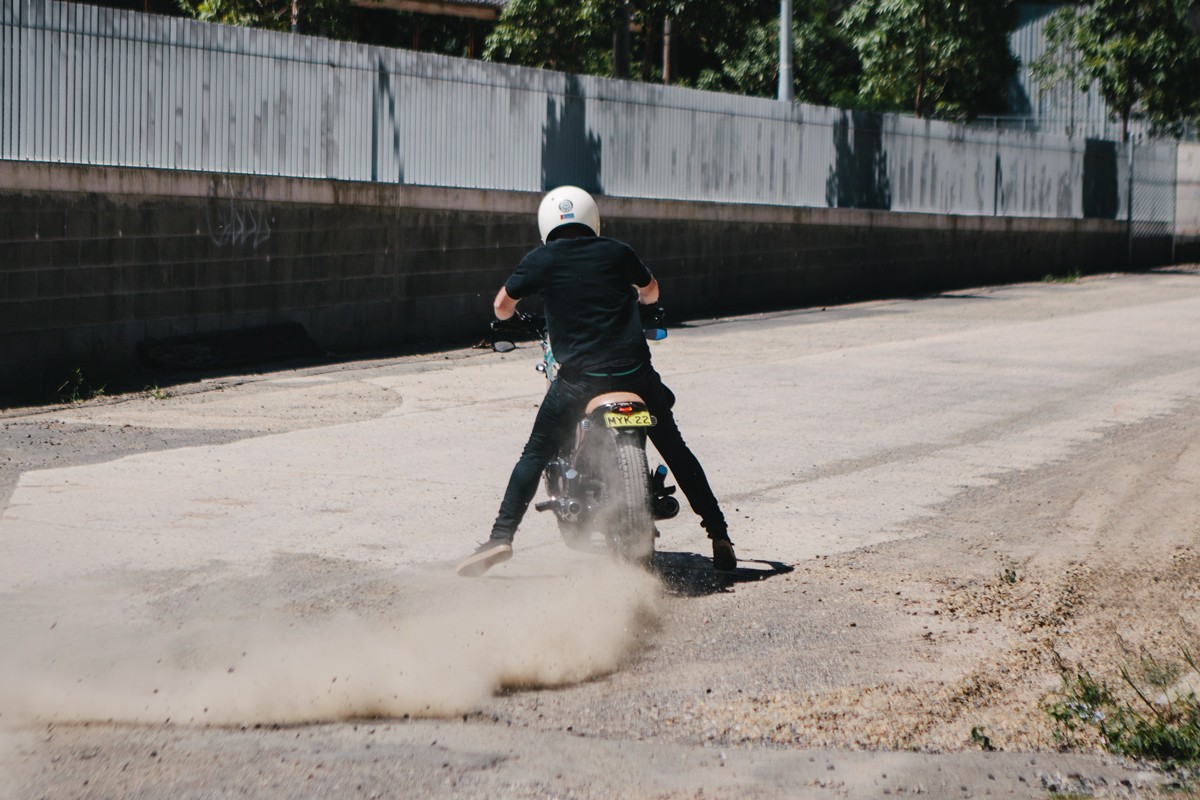 After losing his licence for 9 months a few weeks after enjoying his GR650, Kel decided to make use of this time off the road and have a proper go at working on this machine. “I still lacked the tools and skills, but this time I had some money! I booked the bike in with Kyle at Rene9ade. The bike sat there for 2 months as I was away for work, but when I got back to Sydney I went straight over to chat with Kyle and show him what I had in mind for the bike. He was already booked up with other bikes so I asked if he minded me helping out, so from then on I was there most afternoons and weekends. It was perfect, as I had storage for the bike, and all the tools at my disposal. I also had the expertise from Kyle and also Paul Stanner from Drifter Bikes on had to help me out.”

Getting into motorcycles wasn’t just about grinding, customising and riding, as it ended up providing Kel with a much richer experience. “Motorbikes have given me something more to share with my family, I’m constantly on the phone to my old man asking him what to do here and there, and a lot of the time he’d just call uncle Chris! My Dad knows his stuff, but Chris just knows a little bit more. It’s been awesome getting to see my Dad, Chris and Auntie Karen and be involved in something they love, as well as meeting so many new people that I call my friends today. I’m really grateful as well for the time spent with Chris and Karen, to be honest if it wasn’t for motorbikes I probably would not of seen Karen as much as I did; sadly she passed away a few years back so that time spent together was something extra special for me.” 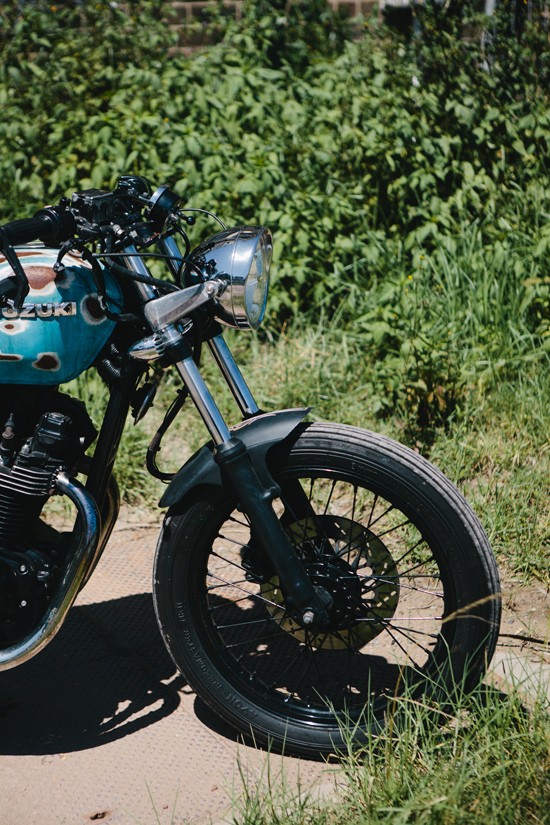 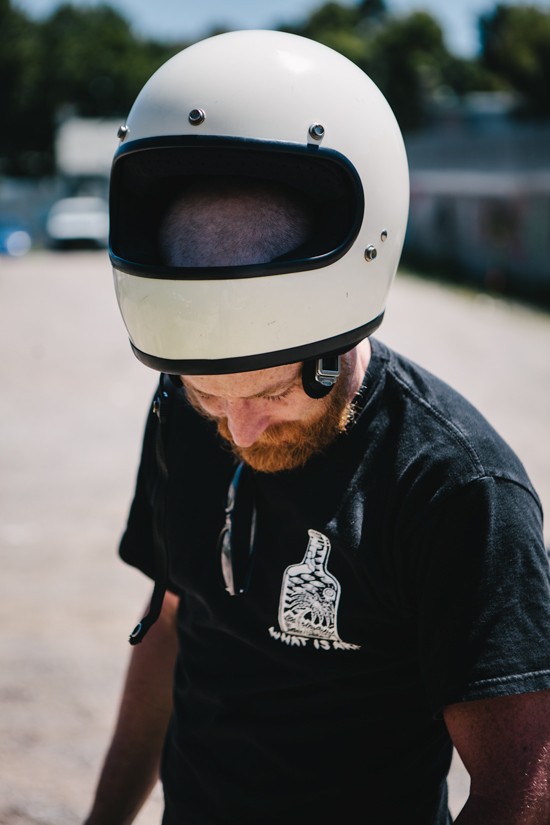 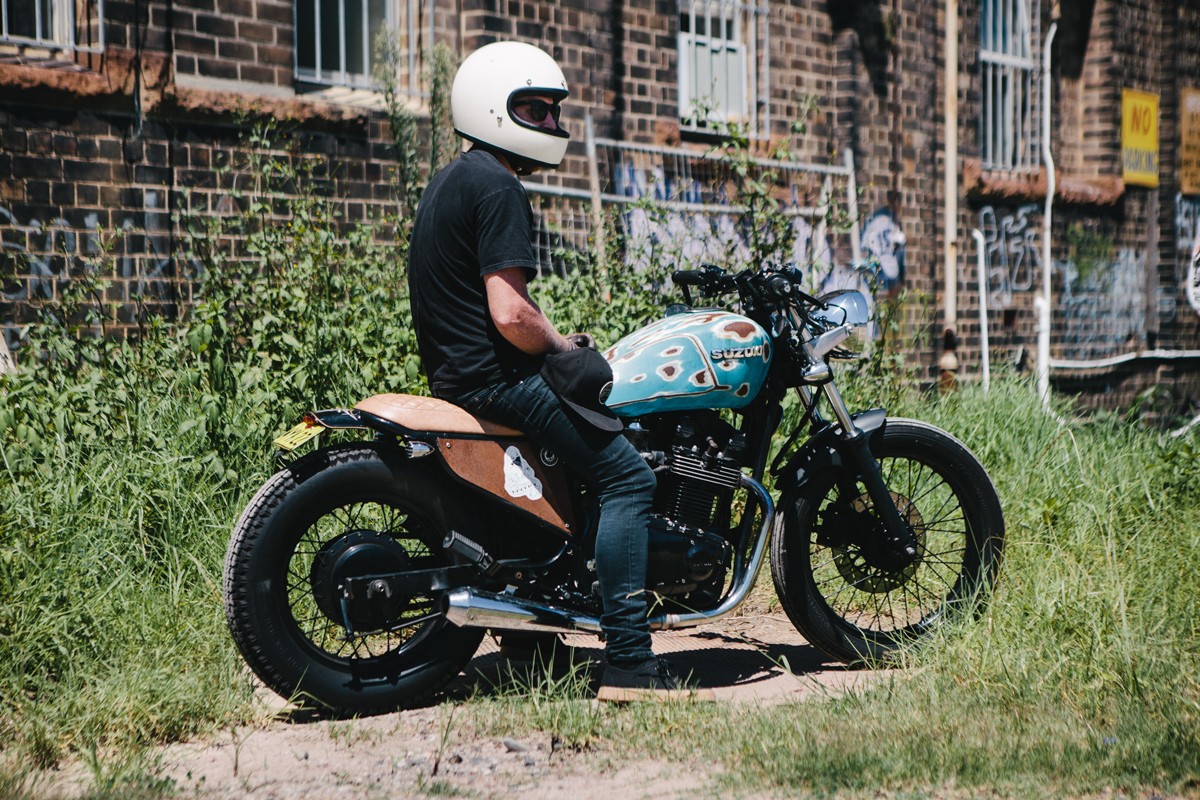 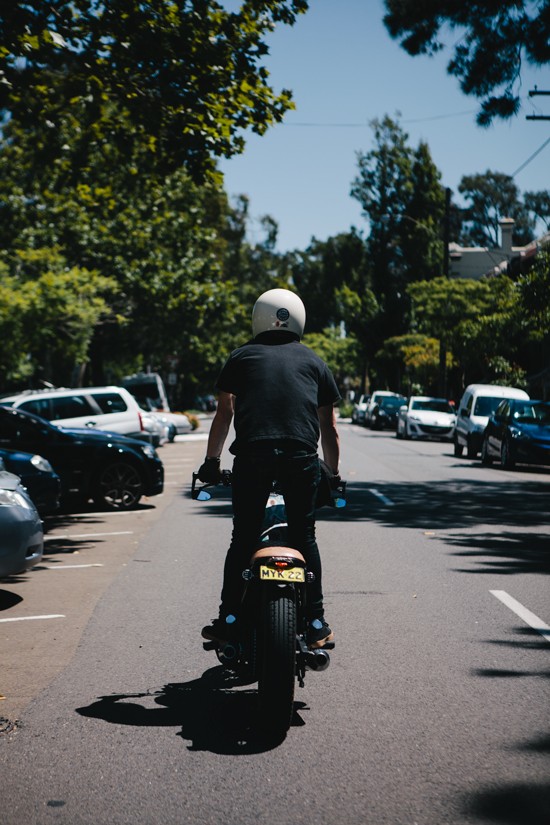 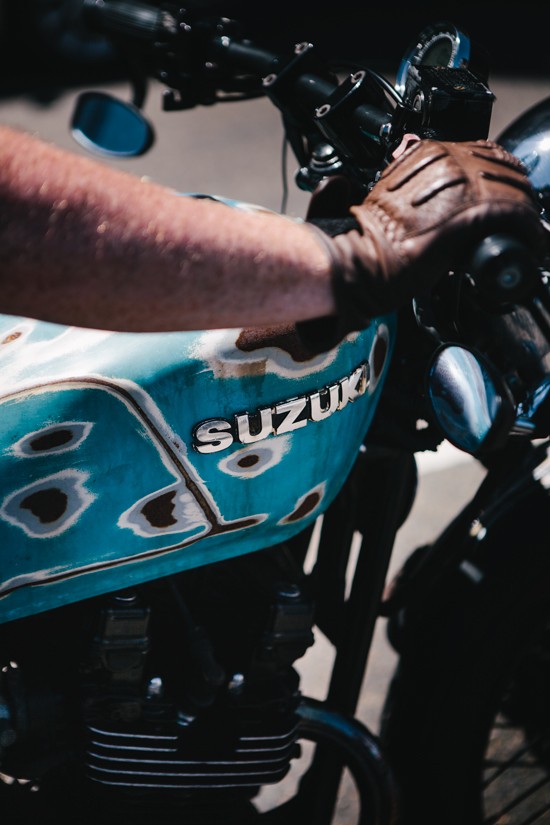 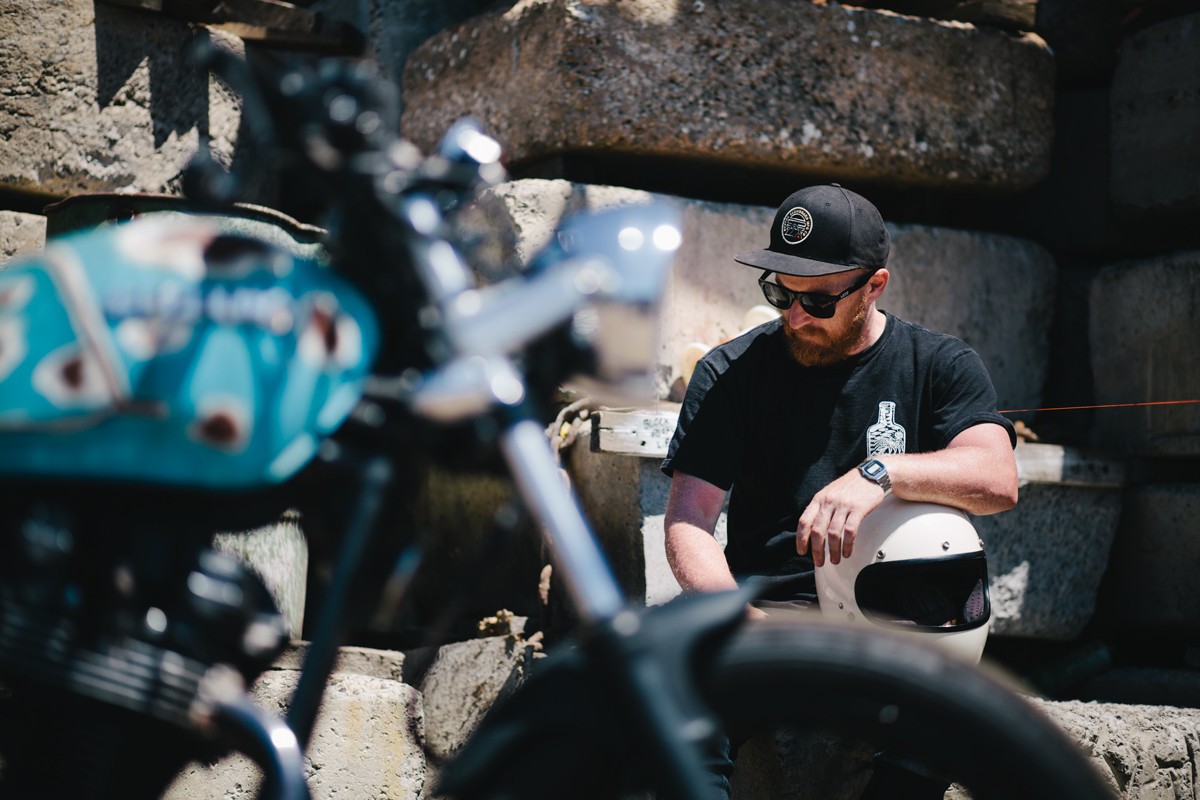 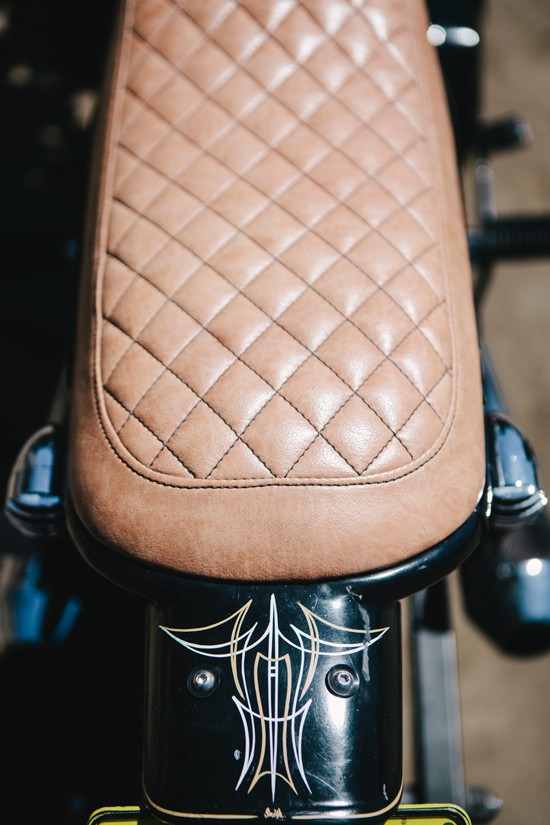 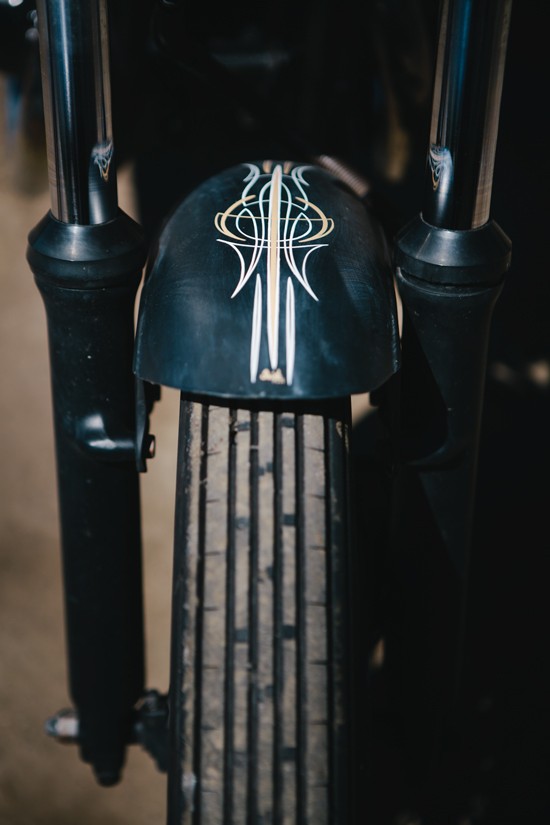 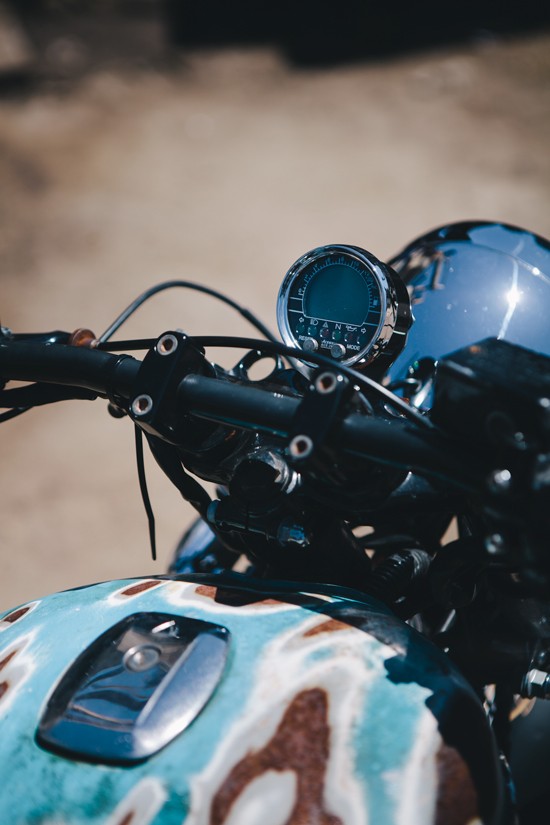 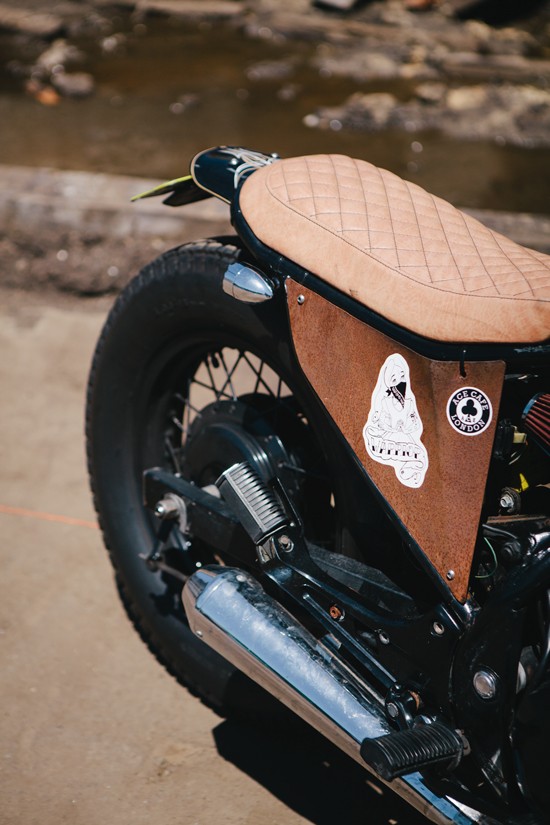 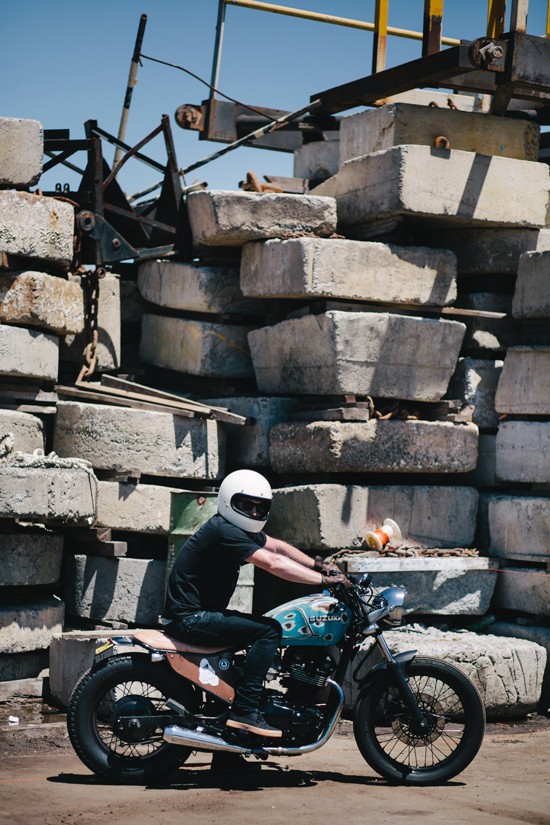 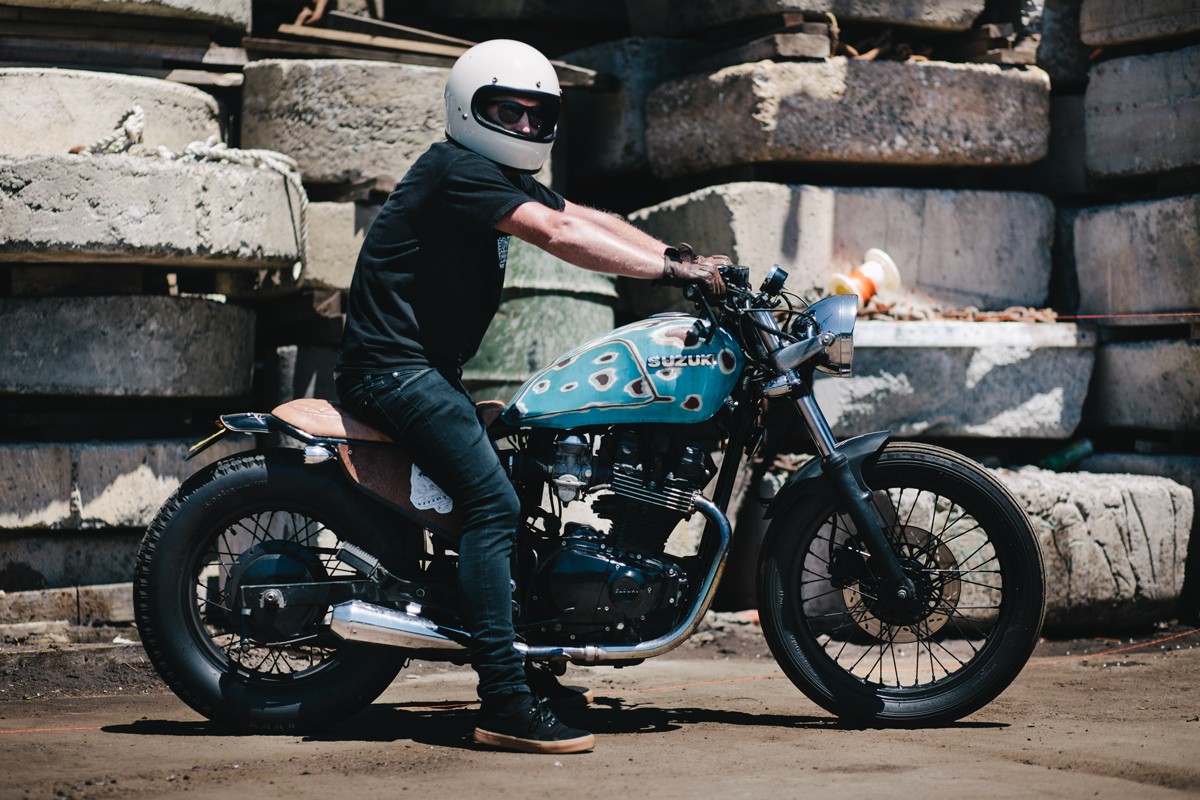