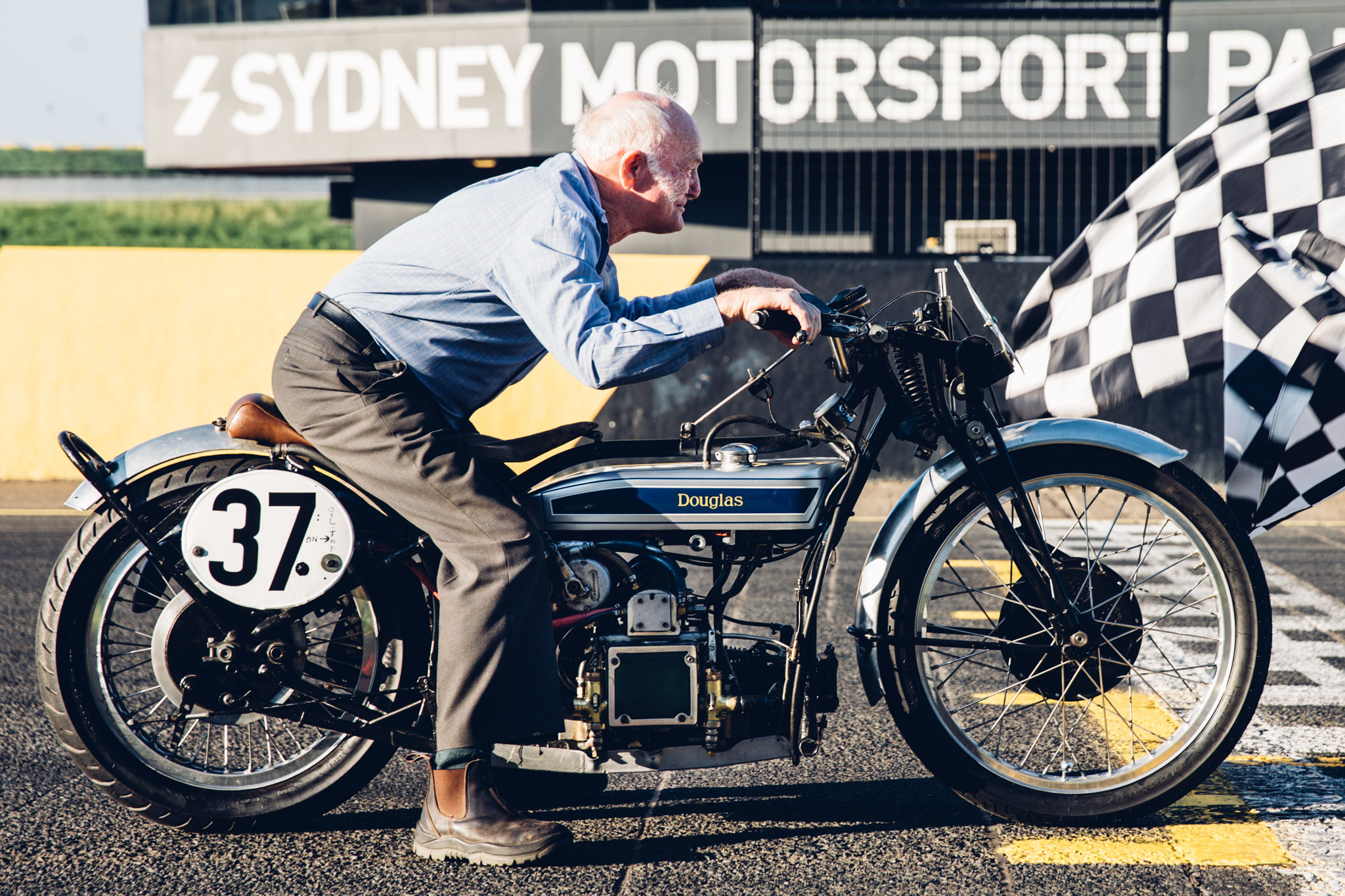 We asked Ken when he started racing, “Forty-Five” was his reply. “Oh, you were forty-five years old when you started racing?” – “Nah mate, 1945!” Ken was scraping around corners while Hitler was getting his arse kicked across Europe, and the Jitterbug was all the rage with the youth of the time. 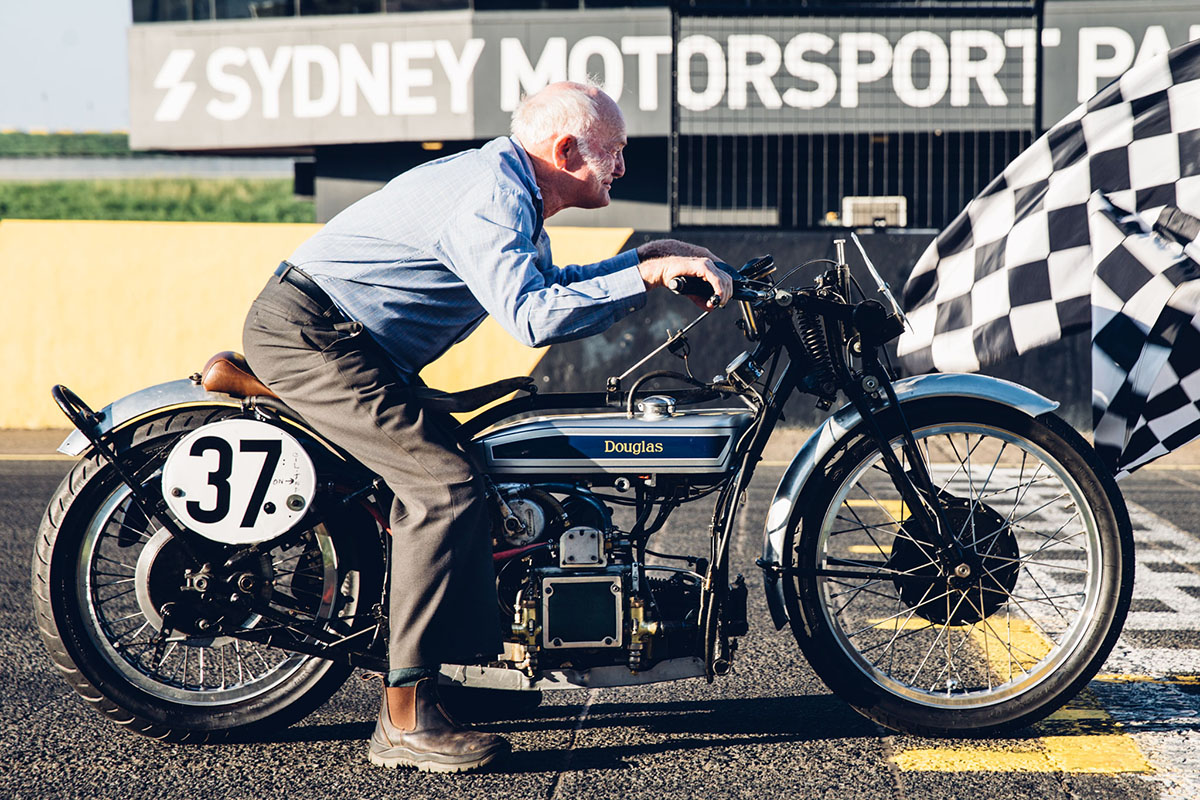 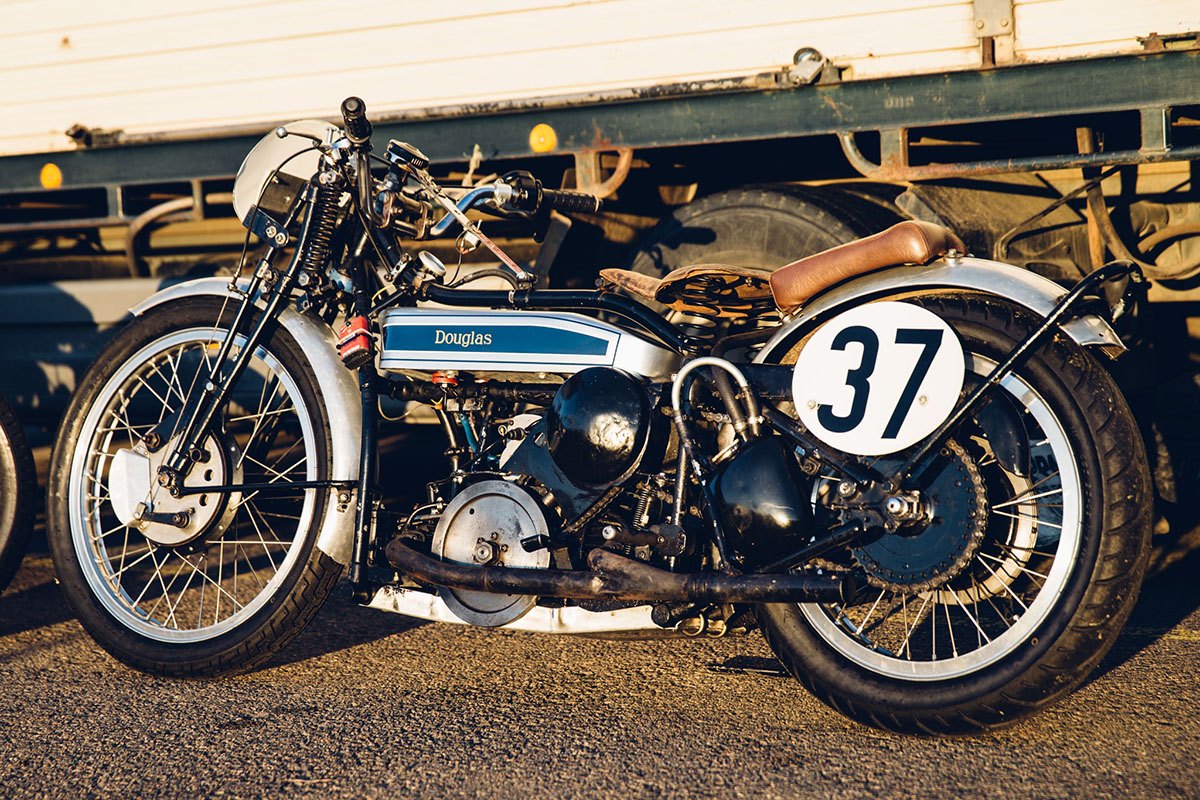 Ken is the epitome of what every rider hopes to be one day. Decades of riding, endless stories, and to be still riding into your supposed twilight years. At 86 years old, Ken is still riding his machines, and collecting plenty of new stories along the way. And of course enjoying the odd glass of Glenfiddich where appropriate. 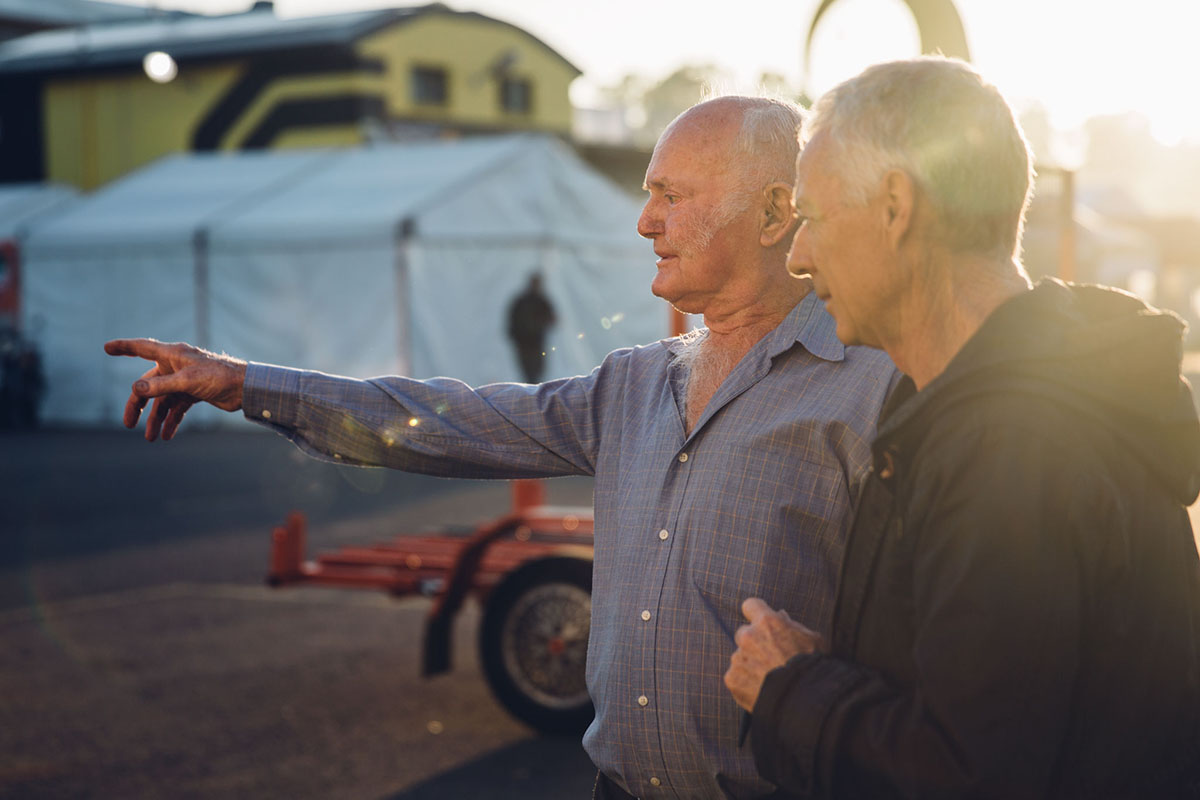 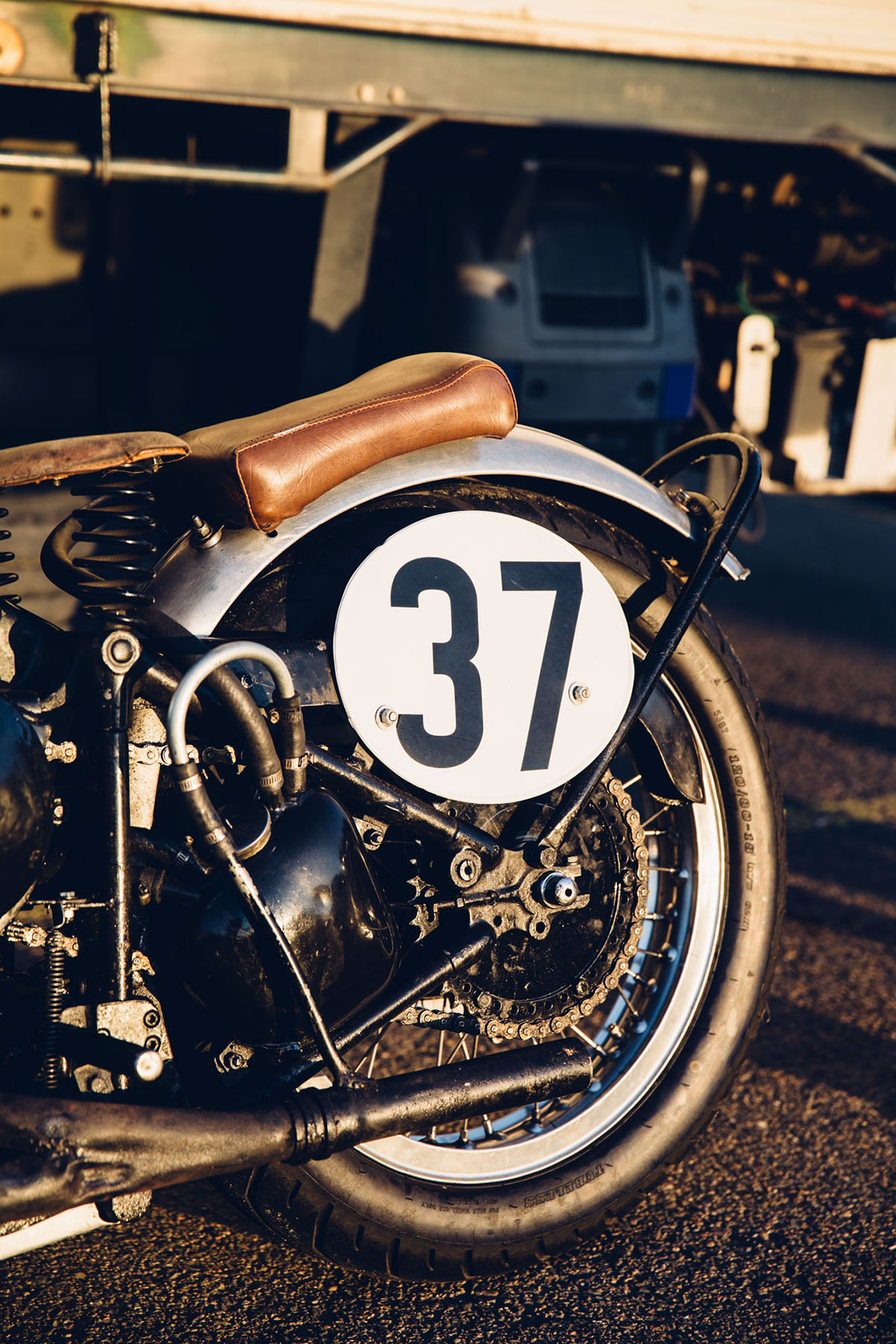 Ken got his start on bikes around the age of 8, when WWII had just started in 1939. Growing up in Wangaratta, Victoria, the local army base had a plethora of motorcycles left on the road from soldiers who had recently joined up. “There was a ton of old beltdrive Douglas’ on the side of the road, so of course that’s where I got my first motorcycle from. After that we have moved into a house which had a big green old hedge out the back. Well, I had pulled that back and sure enough there was a 1932 Douglass 600cc with sidecar behind it! I was only learning then, so we tried to get the bike running on things like methylated spirits and kerosene to no avail. Then an aircraft had crashed in a field nearby, so we put some airplane fuel in the bike. I didn’t know about cleaning points in the magneto then, and we never did get that old bike goin’!” 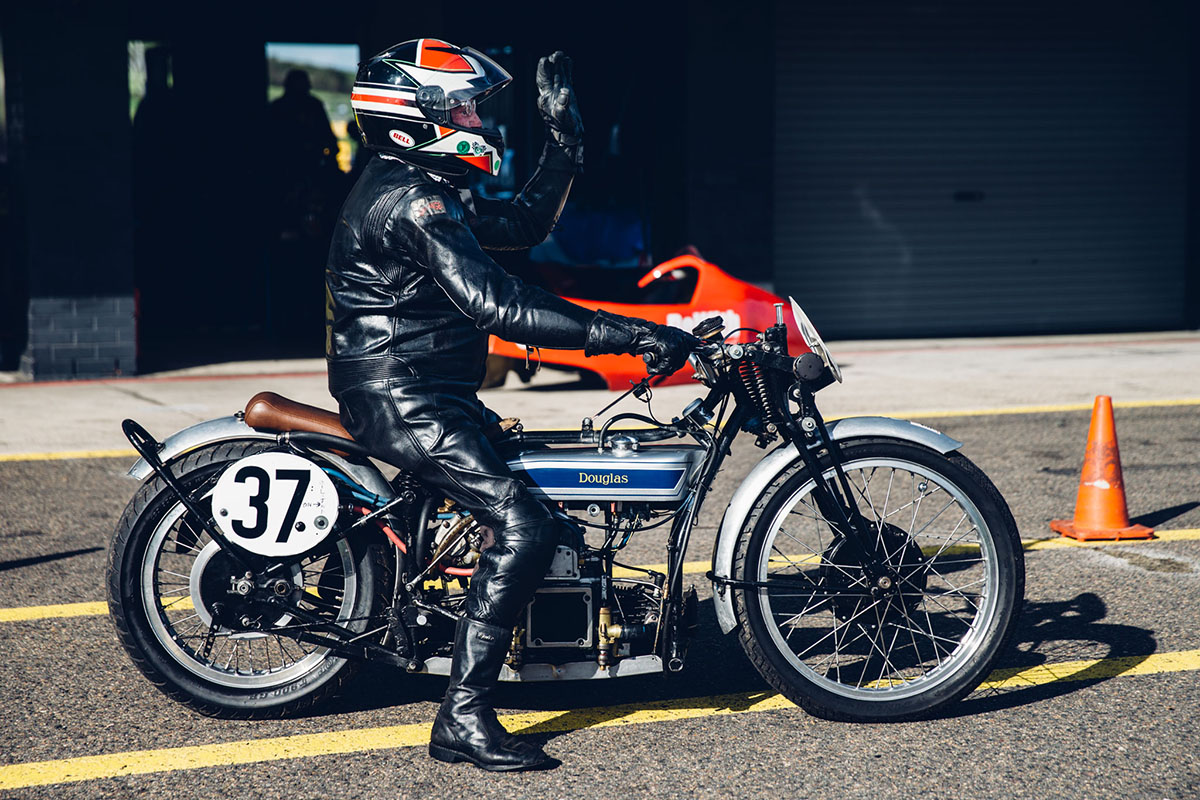 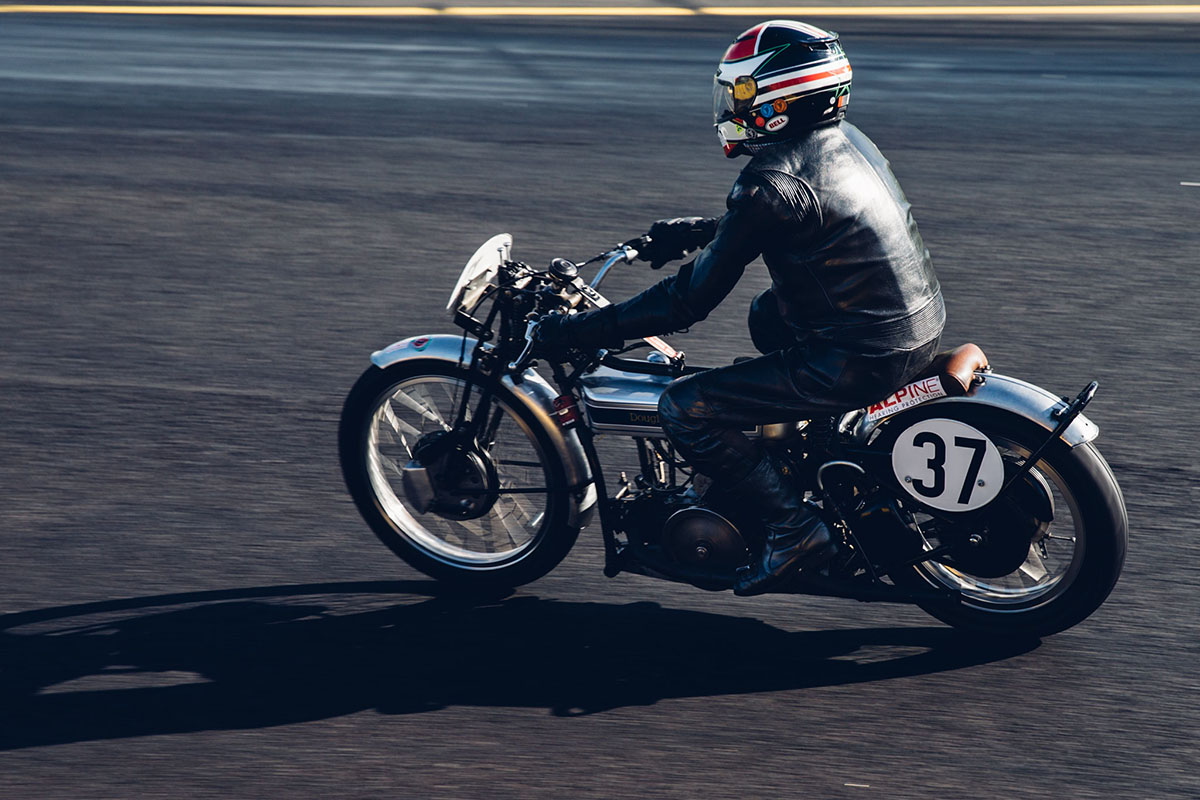 We got chatting to Ken at the International Festival of Speed 2017. There he’d brought some of his treasured machines to hit the track and show off. One of these prized machines is a 1928 Douglas. An incredible old machine that has a lot more chutzpah than one would first imagine. Originally having a 750cc engine it it (which had also been taxed from an airplane) Ken picked it up from a bloke on the beautiful South Island of New Zealand. The bike was very much incomplete, much to the surprise of Ken’s mate who had been tasked with picking the machine up. 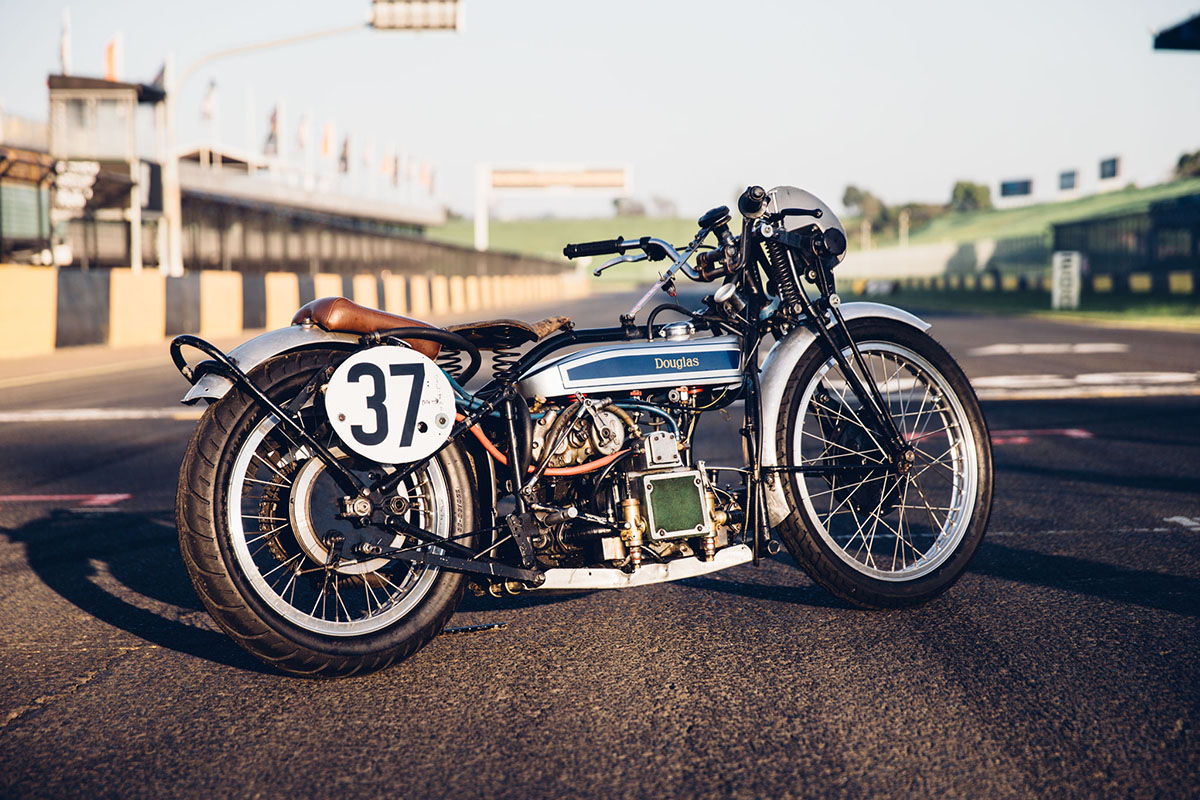 The bike would then make it’s way to Melbourne, Australia where one of Australia’s most famous Douglas racers would have a hand at getting the old bike running. “James chucked in an airbox from a Douglas Speedway bike, and 2 carburetors. Now it’s a bloody animal! I let people ride the bike, and they can’t believe it. I lent it to Brendan Roberts at some titles in South Australia – now he’s a world superbike champion and even he couldn’t believe how it went and how strong it was. He started at the back of the grid, and was at about 15 before he got to turn 1! This lovely old bike gets taken out at least once a month, it’s been down to Tasmania for titles, Darwin as well – you name it!” 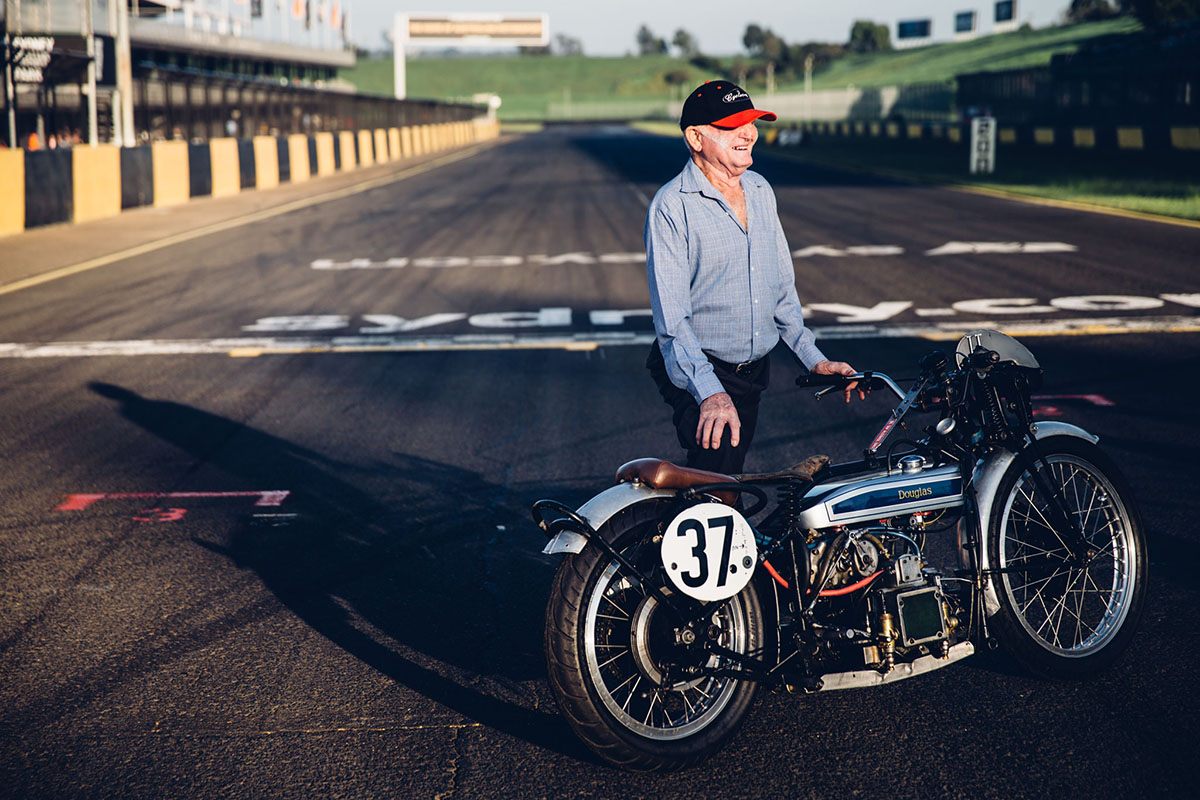 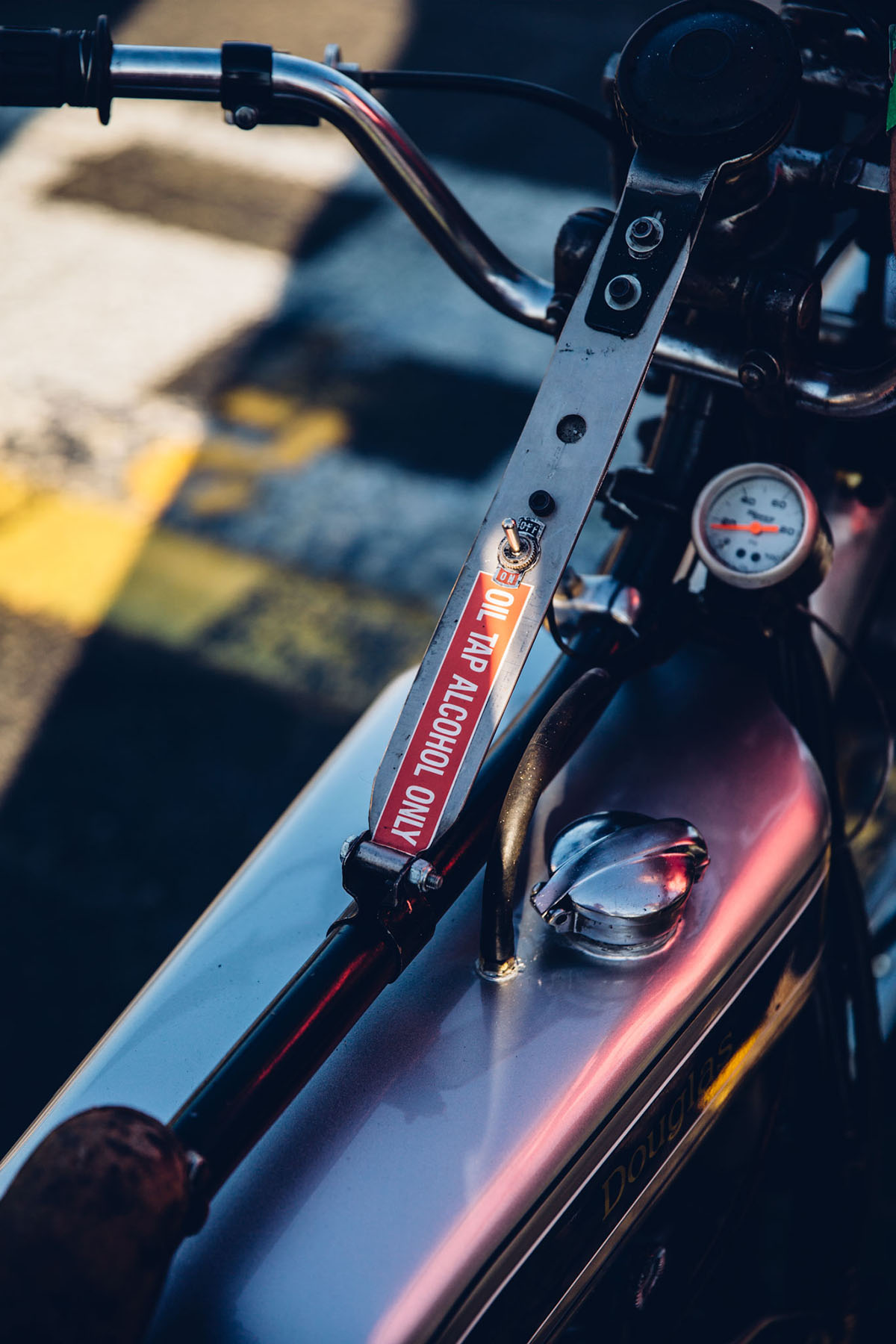 It’s not just the Douglas that’s getting all the attention, with a remarkable 250cc Manx Norton sitting pride of place close by. This incredible machine was built by none other than the famous Ray Petty, one of the most iconic and best Norton builders in the world. “There was a South African guy, Frank Cope, who was riding 500s in the early times. He was worried about the FIM, that they’d give him the shoot because of his age. So he went to Ray Petty wanting him to build a smaller bike, so Ray made this little 250cc for him. He led the MV’s around the Isle of Mann with it, before he went back to South Africa to retire before he passed on.” 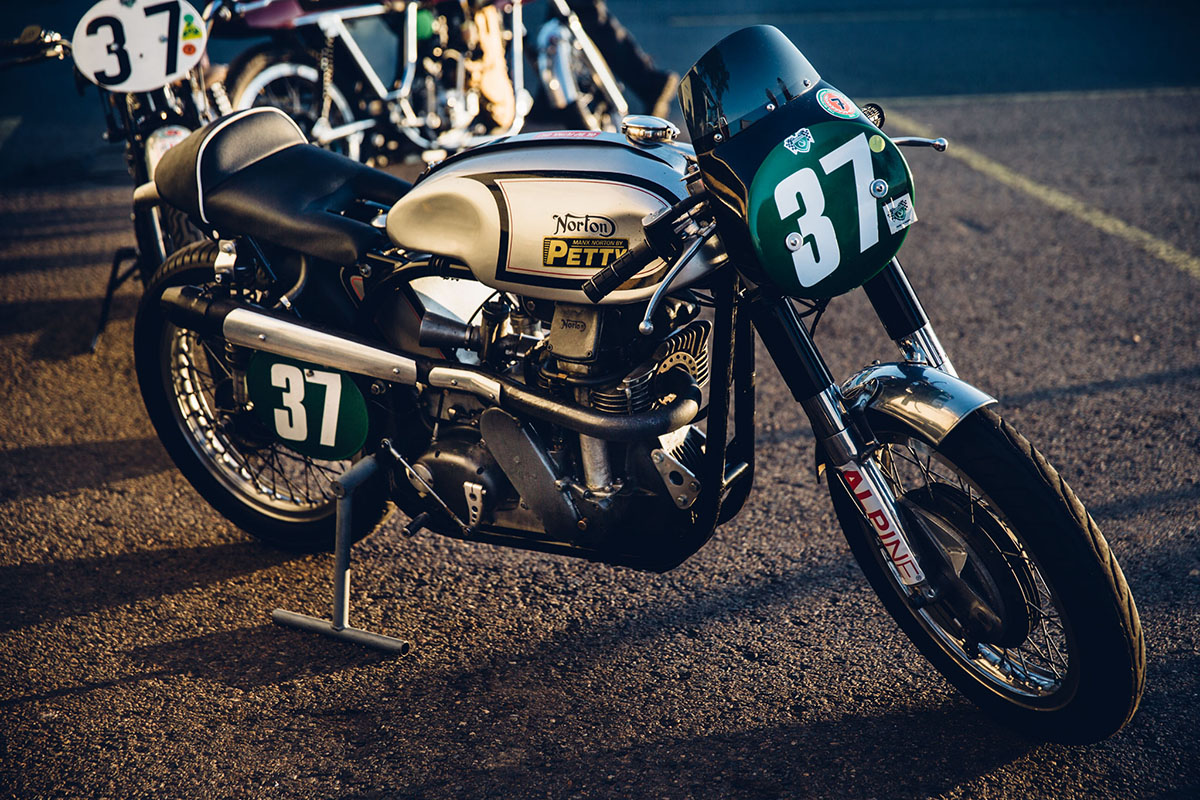 This little beauty would then be found sitting in a container by a friend of Luke’s, who brought it over to Australia where it would receive a new chapter of riding and racing. “After coming back to Australia, my mate rang me up one day (he’d married an Italian girl by now) and was saying to me “Ken! Come quick come quick, the Mafia is onto me!” So I go over, and there’s this little baby sitting there – so I took it off his hands. We’ve raced it everywhere, and she goes like mad. When we’re going down the straight you’ve got to shut it down to half throttle, and it still wants to go!” 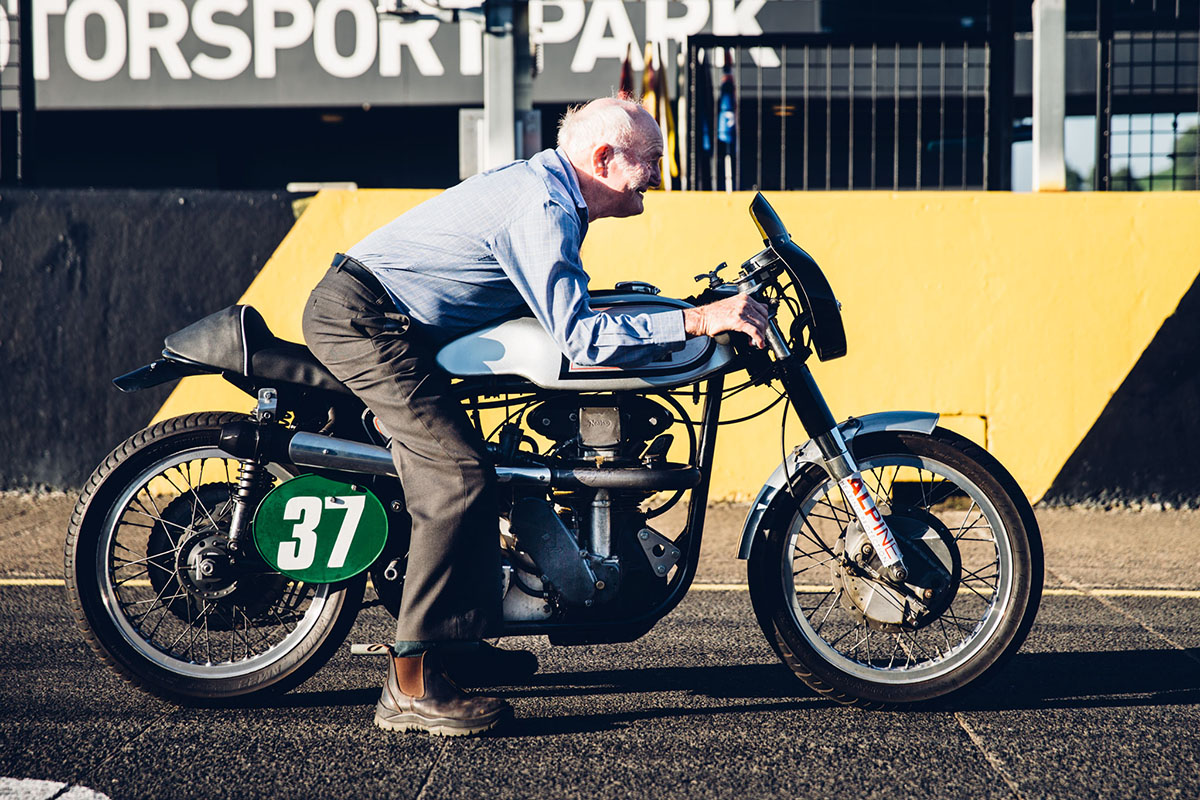 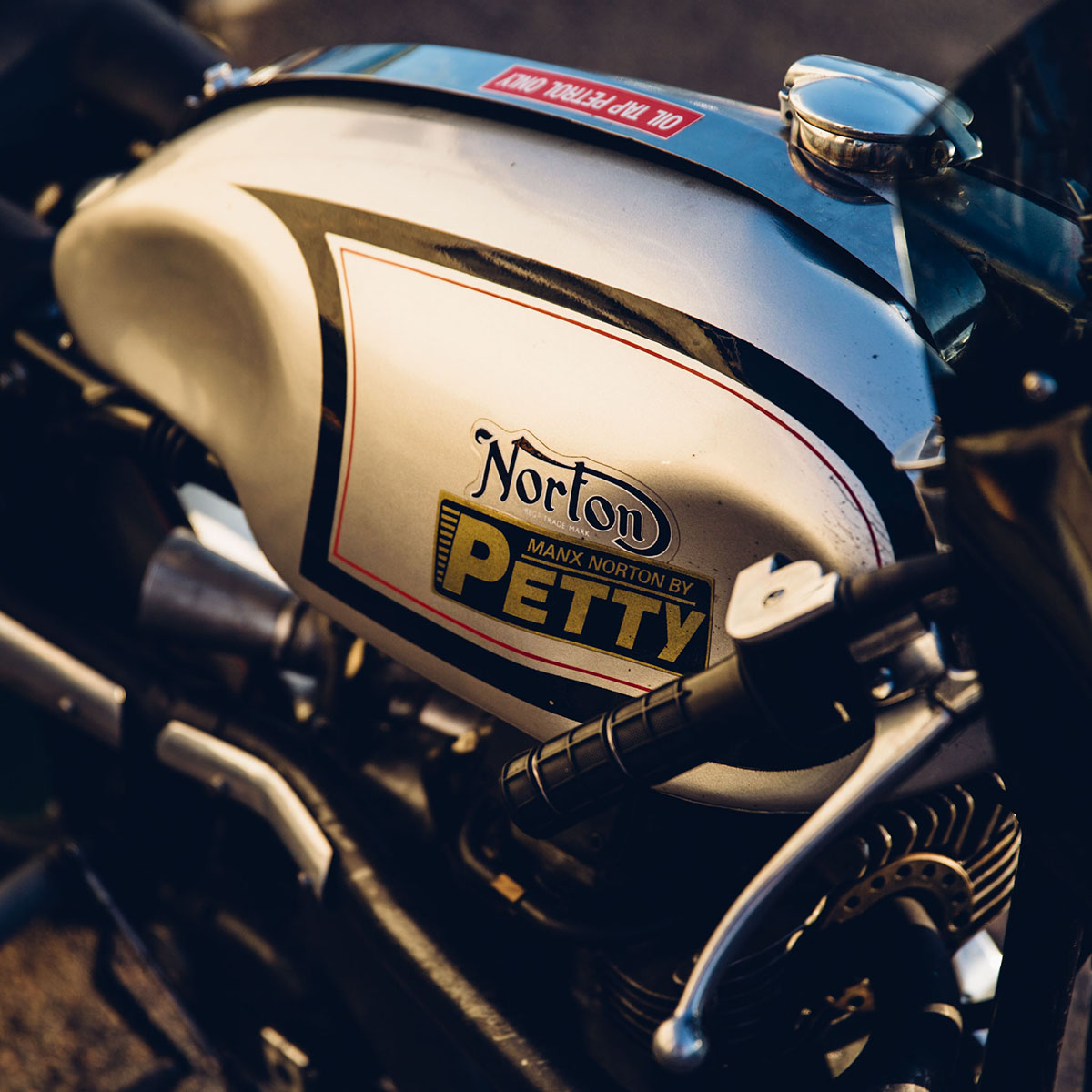 With decades of racing, Ken’s just about seen it all. Mud Scrambles in his hometown of Wangaratta were the first method of racing madness for Ken and his mates. “In Wangaratta, we had an area with a water crossing which we would all hit. All me mates were there, so we’d all race and no one could beat me! So then we started road racing, real seriously. We used to go to Keenan’s Paddock over in Yarrawonga. Now, our “road race” was getting the mower out, mowing the grass and that would be our track!” This progressed further to actual road racing, and classic meet-ups and titles. 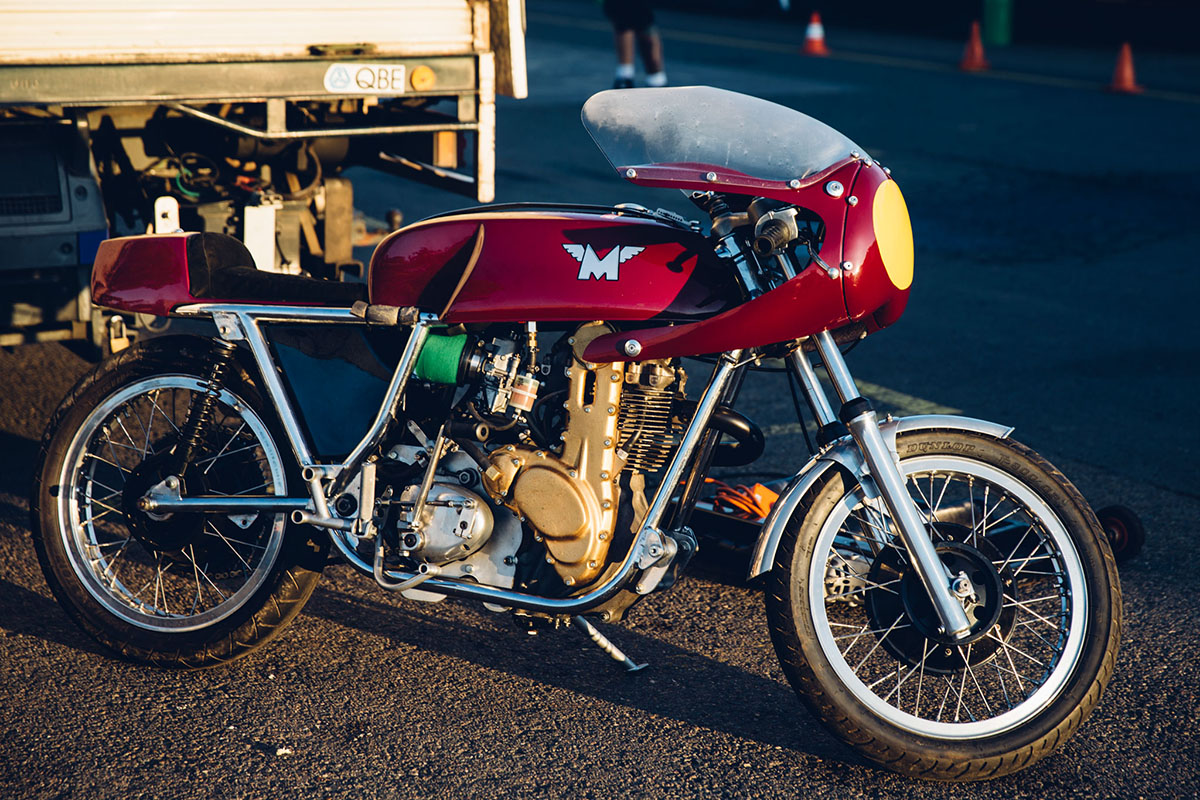 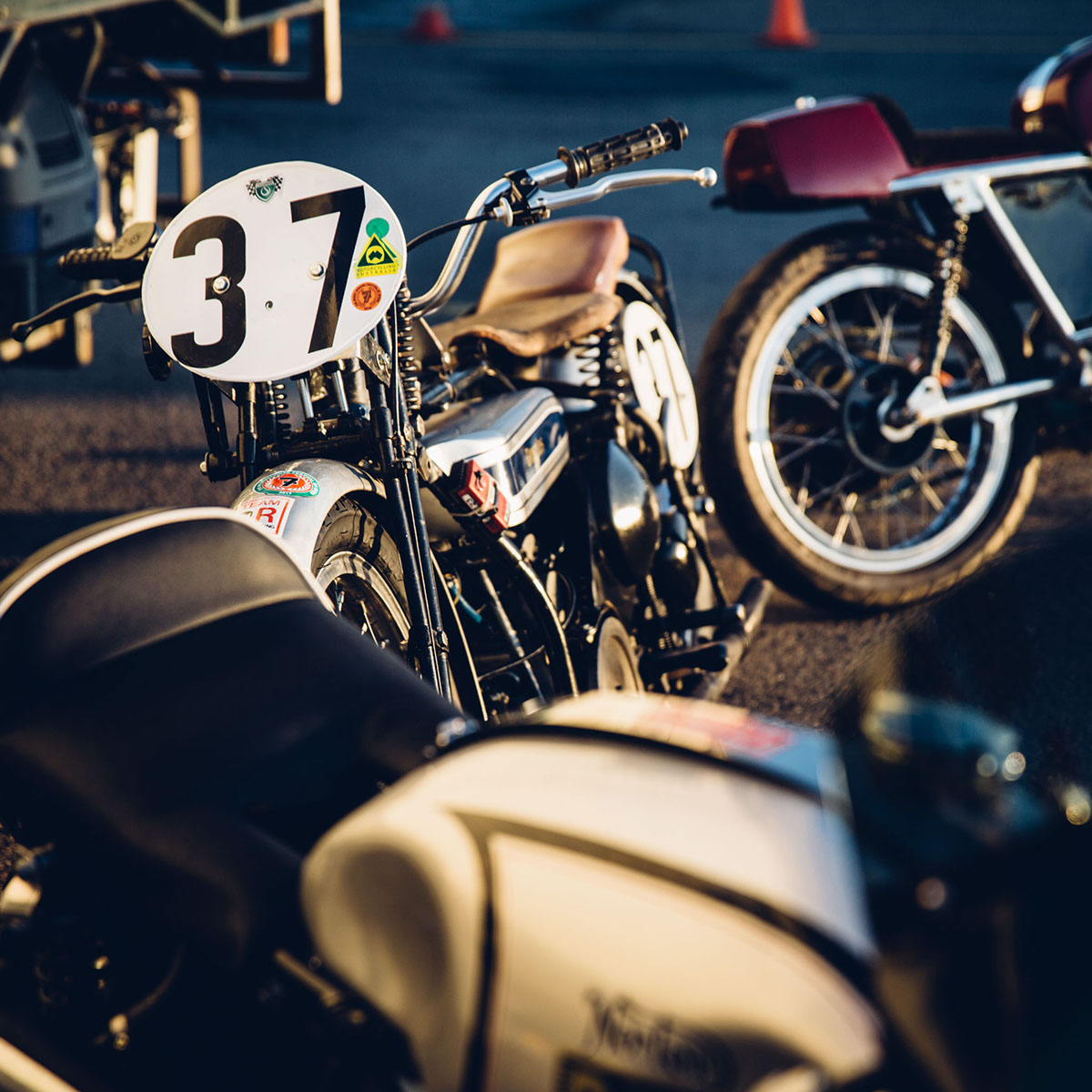 “I’ve raced everywhere, all over the globe. I raced in New Zealand in the ‘80’s, and sure enough John Surtees was there. I was starting at the back, and getting 5th’s and 6th’s placements in the race. So I thought, “geez alright, I’m going good!” The next week we go to Ruapuna on the South Island. I would lead every race! Then John Surtees would pass me – of course I had to let him go since he was a world champion. When they had a big BBQ afterwards with all the riders and industry people, a bloke said to me “We’re going to the Isle of Mann TT, so leave your Manx here and we’ll ship it.” John Surtees says to me “Don’t do that John, we’ll give you a bike.” So of course I obliged. They gave me the most beautiful 350cc Manx, so I road that on the Isle of Mann. On race day, you’d ride your bike up to the circuit, it was magic. I went back there and road 4 times, which was a parade lap for the all the blokes that had ever raced there. The first time I road was on the 350cc Manx, the second time a 750cc, then I rode a 250 for the next few years. I was so spoiled! I even got invited to the Governor’s dinner. Haha me! They made me a member of the TT rider’s association. So when I go to dinner, I’m eating with Stanley Woods. Stanley was probably the biggest motorcycle icon ever, and there I am having dinner with him! I’m spoiled.

I’m toying with the idea of going back to Isle of Mann, but this time just to spectate.” 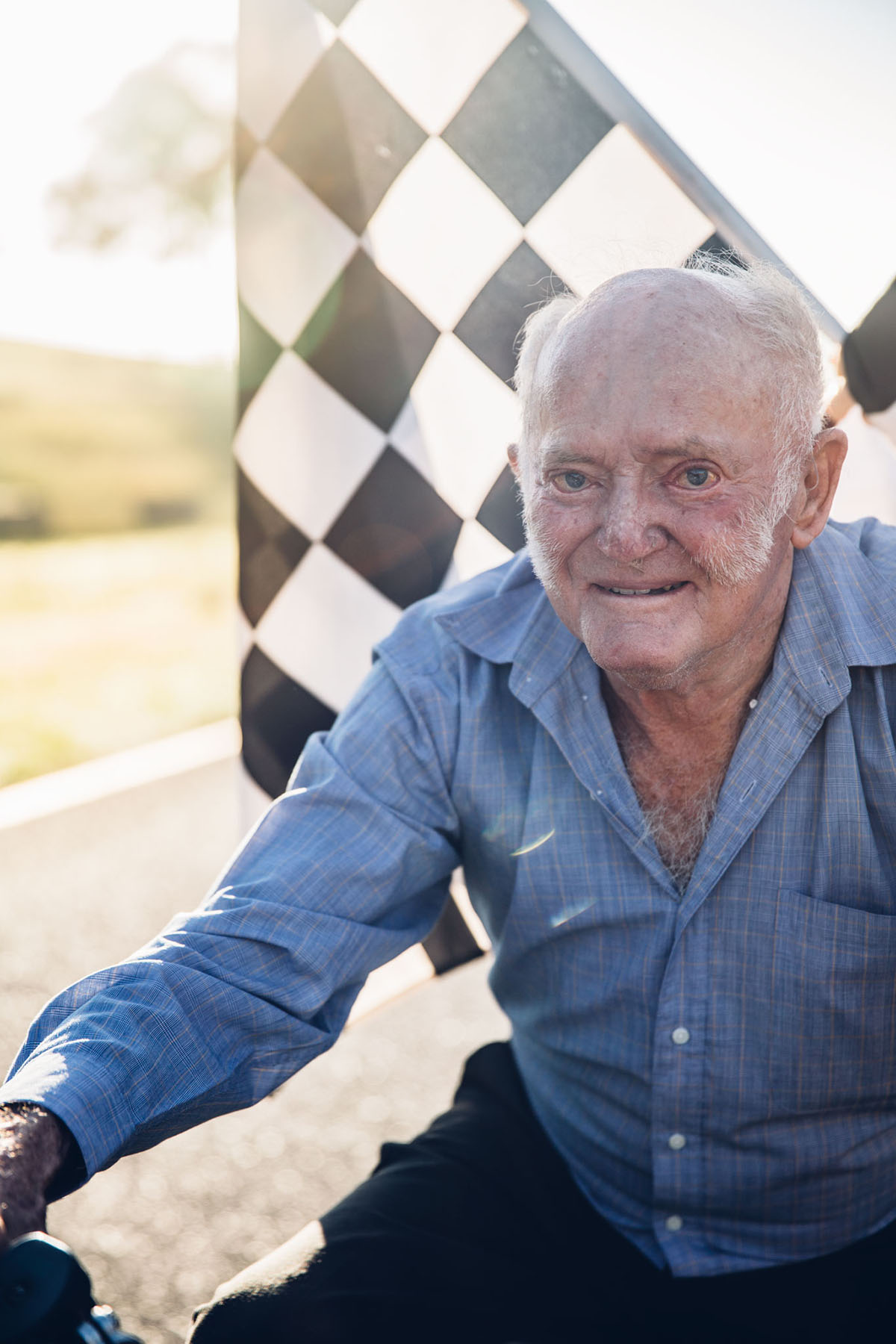 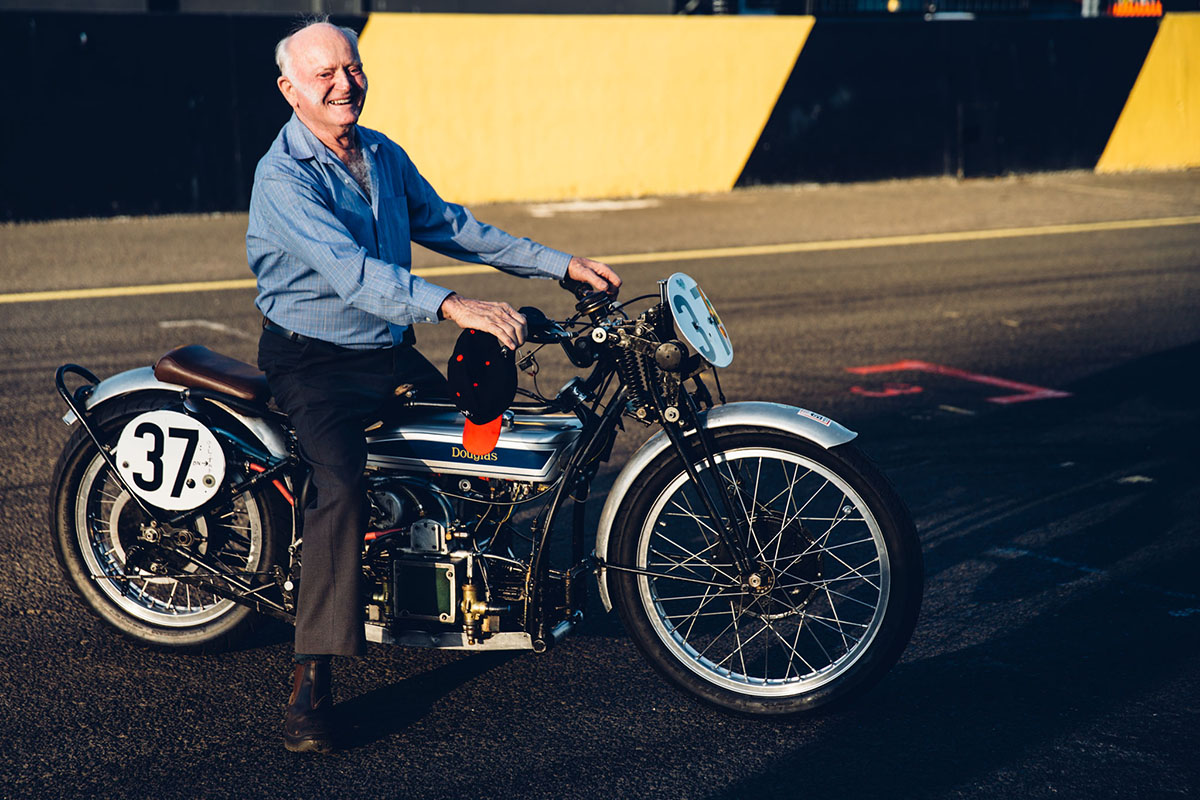 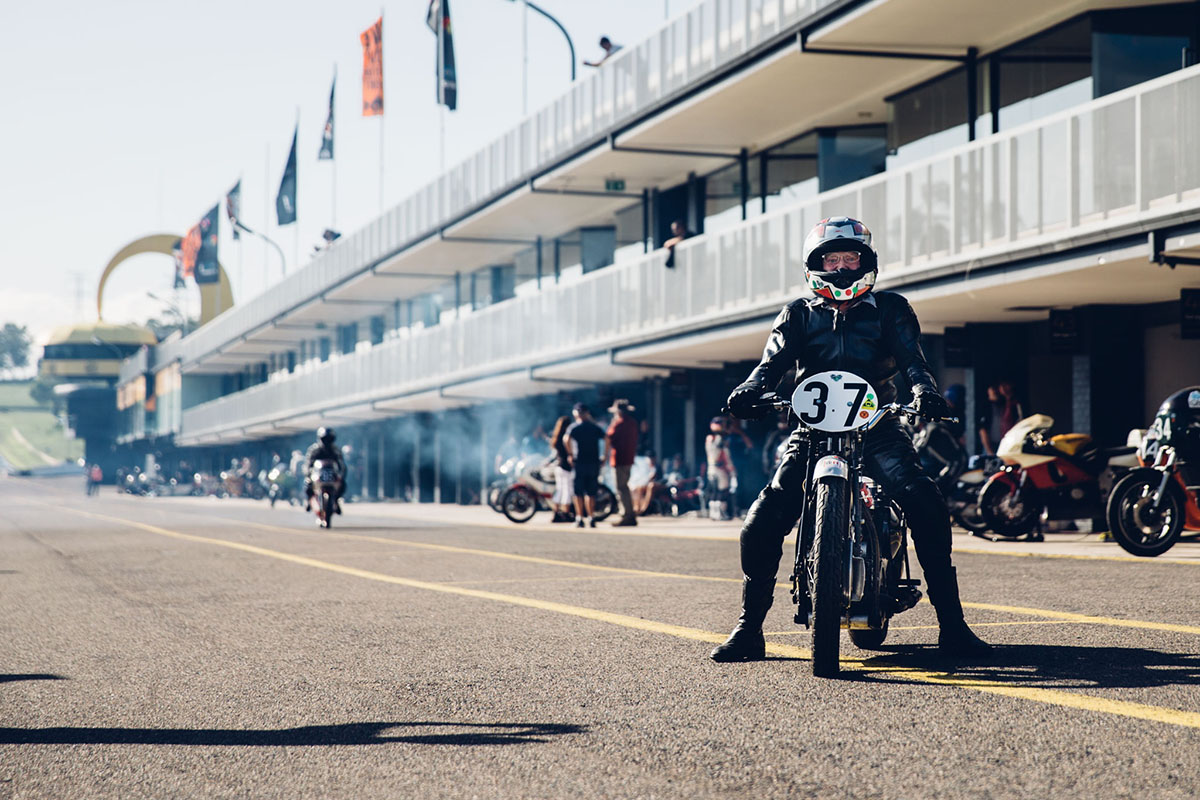 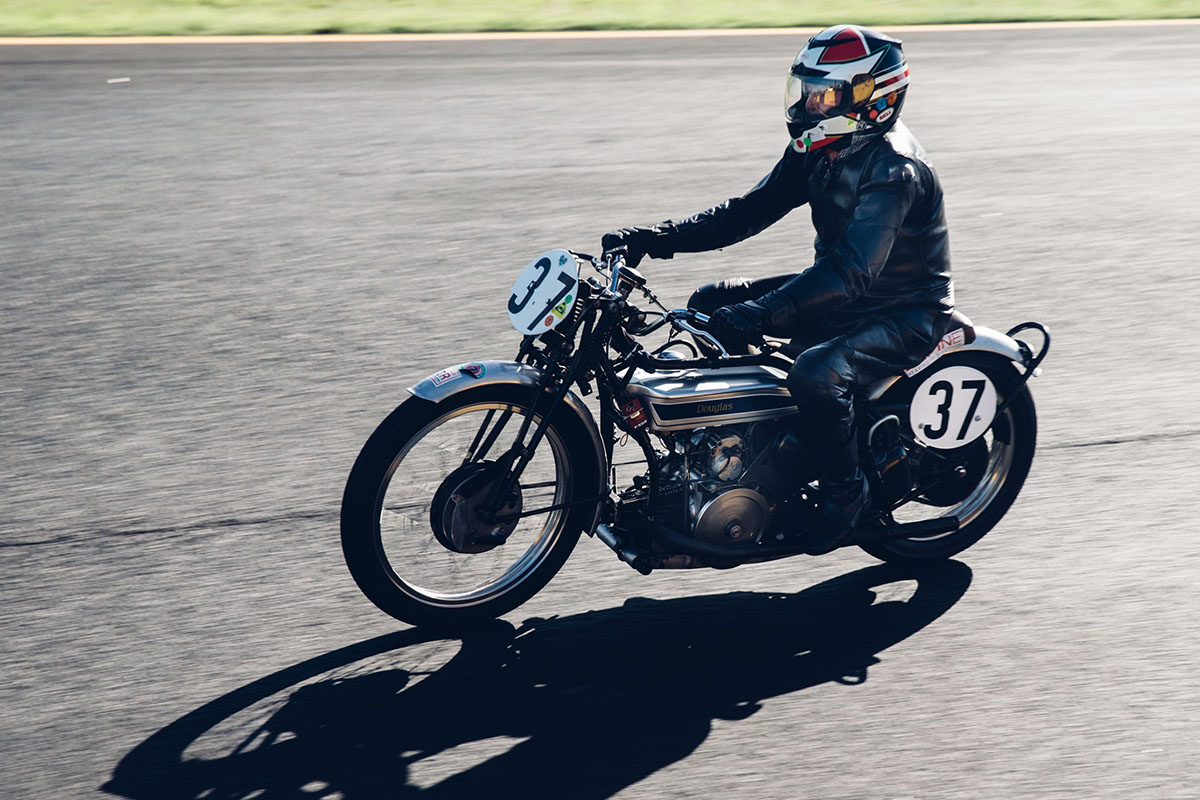 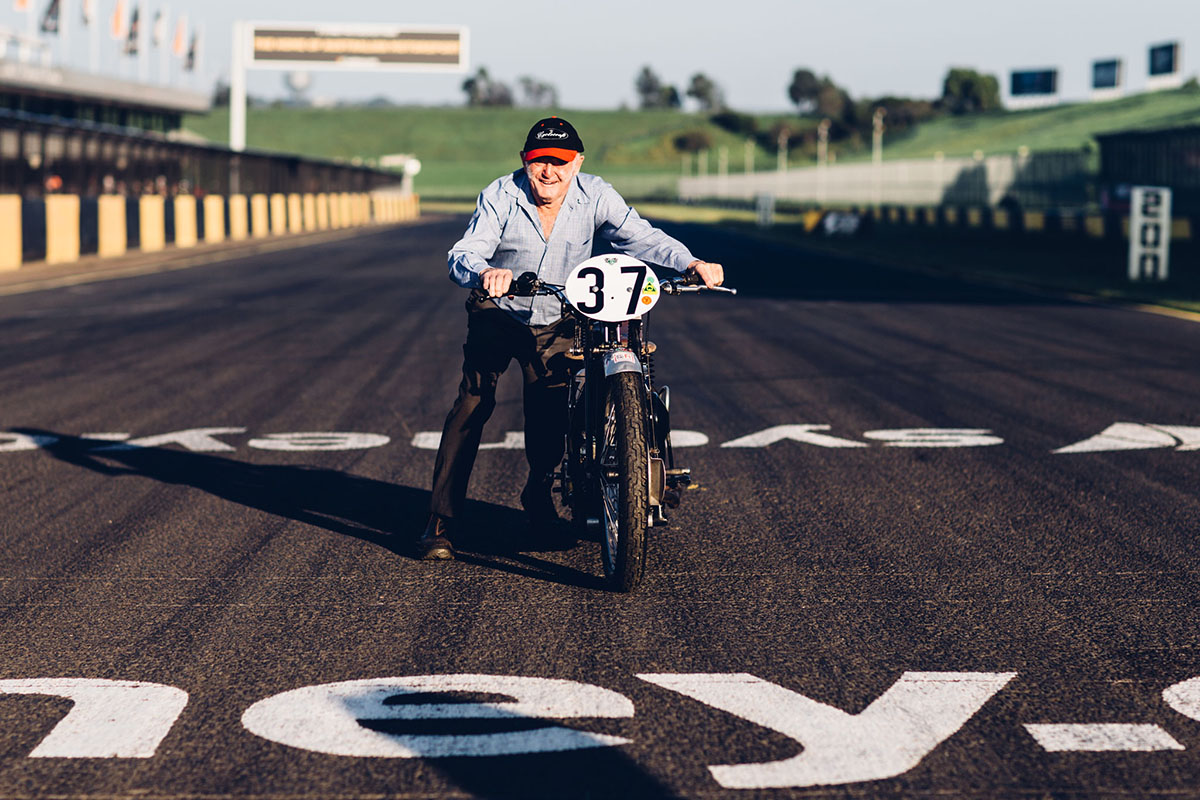 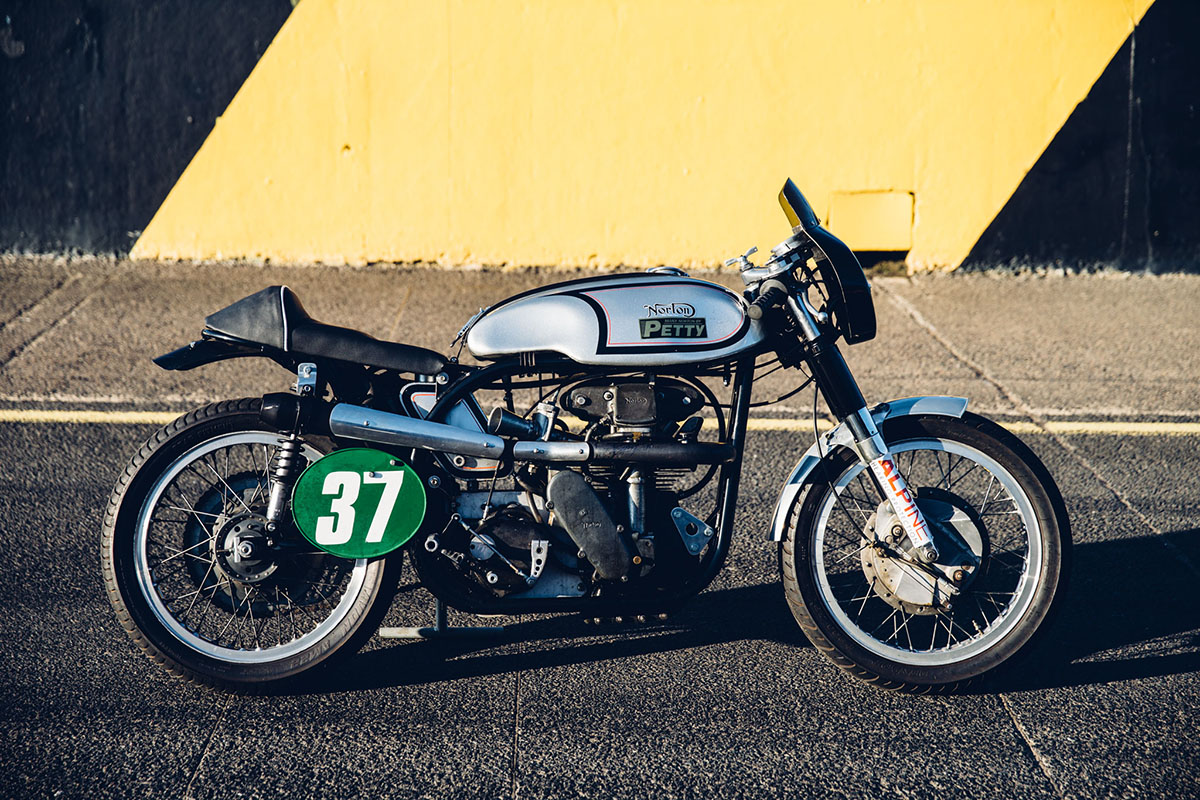 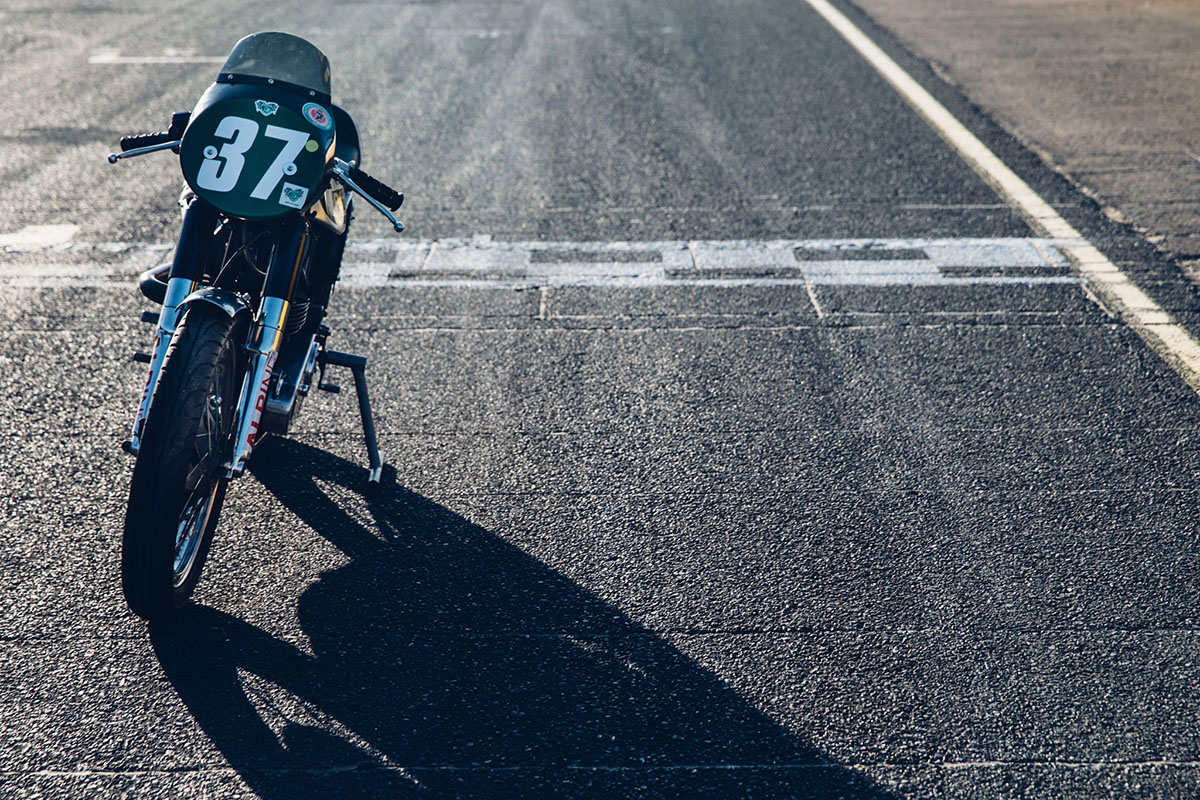