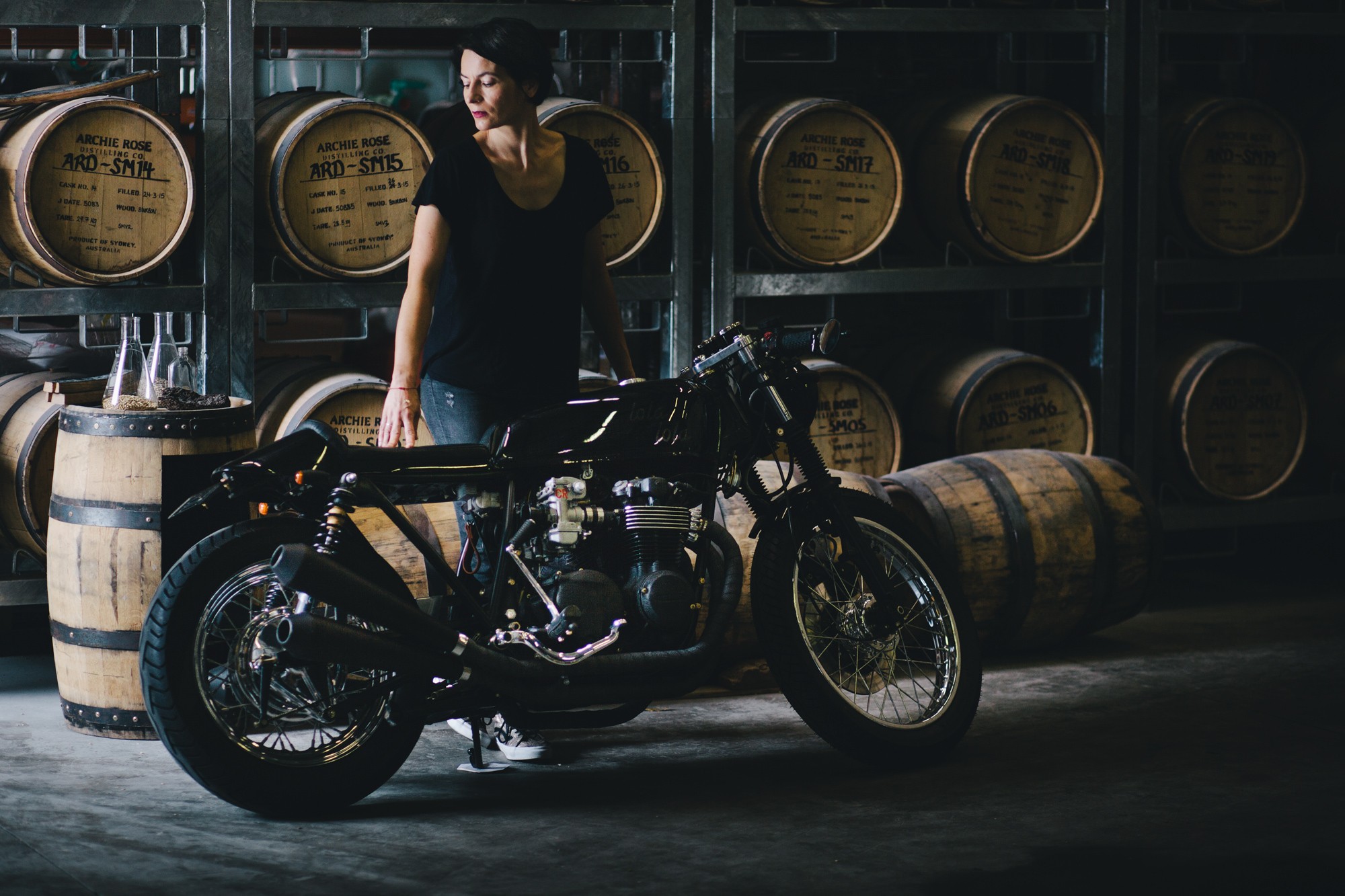 The best things in life for Carina are spontaneous, and it was this spontaneity that had her move from her home in Germany to Australia, and from there began an addiction in motorcycles.

After several of her friends decided to get their scooter licences, Carina decided to go one step further and get her motorcycle rider’s licence. That very next day she went off and bought her first bike, “I just couldn’t see myself riding a scooter! I went into a shop, had a quick look around and asked if the black one over there was ok for learners, which it was. That’s how I got my first bike which was a Honda VTR250.” 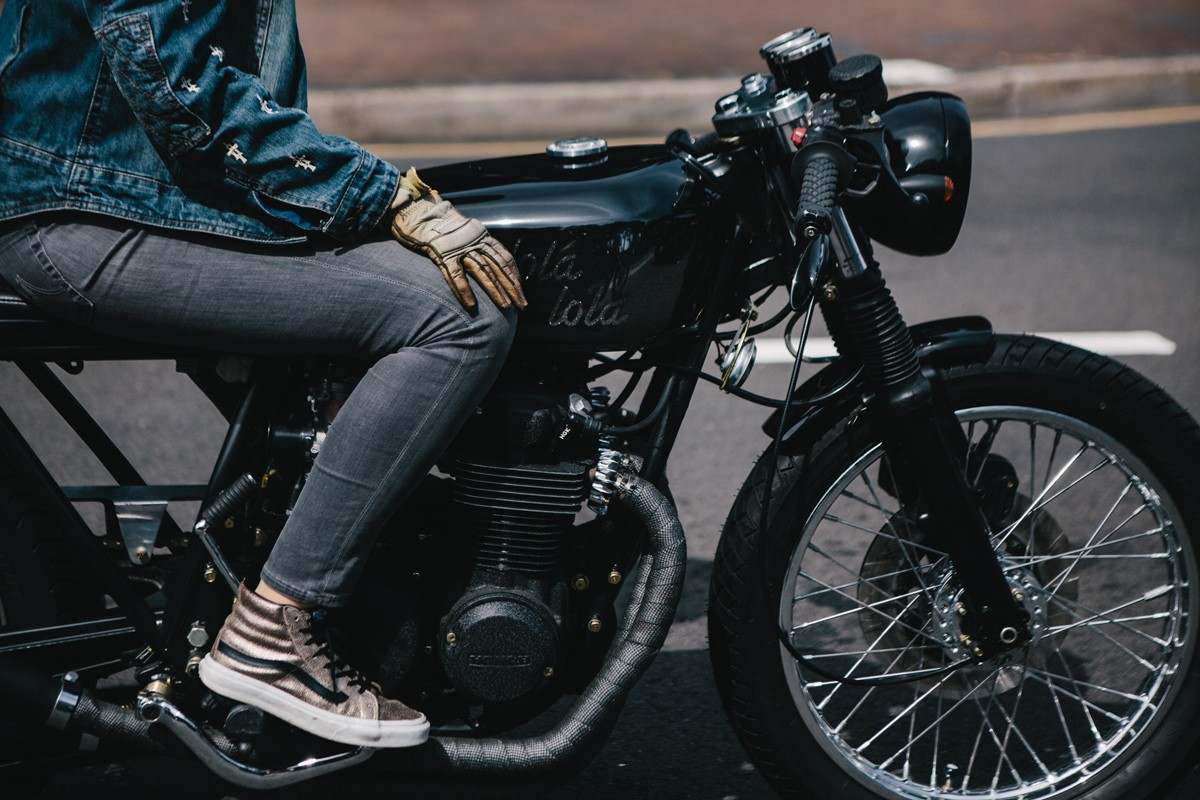 Carina would be tearing around on this VTR for a few years, all stock. After she saw some better looking bikes around she started thinking about the possibilities of a custom bike. “I stumbled across some of the SCR crew after the first Distinguished Gentleman’s Ride when my friend Nicolette invited me to meet some nice people. From there on I looked into Café Racers and other custom bikes. I saw a Honda CB550 Brat style bike build by Seaweed & Gravel and instantly fell in love. After a few weeks a CB550 came up for sale on eBay and I bought it… from Perth. It was the dumbest idea ever to buy an old bike without seeing it first; it was a pile of trash! When it was delivered I thought, “Fuck!!!” My mate Steve came over and had a look at the bike, we changed the spark plugs, battery etc and hoped for the best. The old girl kicked over to everyone’s surprise!” 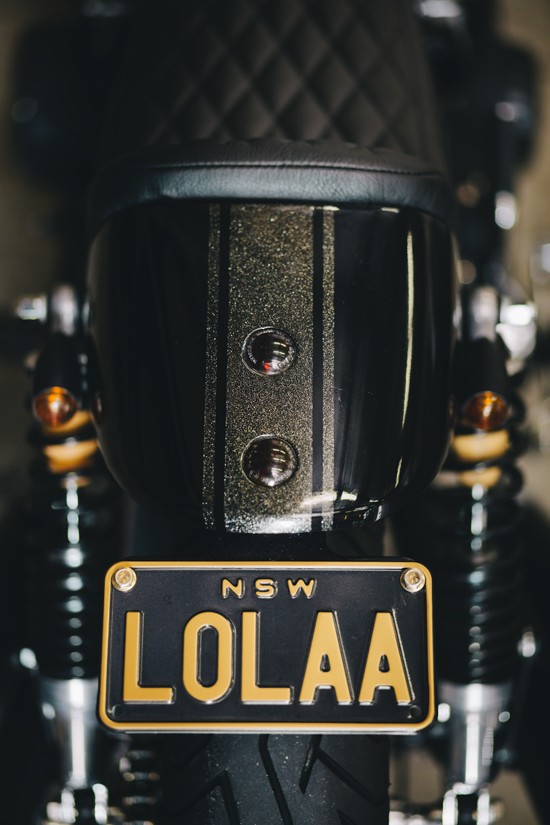 From here the planning and parts buying would begin, compiling a long list of parts to order from overseas, and what was required to be done to the bike to get it registered. “Several months went by and not much happened with the bike, except for it sitting in my living room as part of the furniture. Then I noticed Brat style bikes popping up everywhere like French Bulldogs and I fell out of love with my original idea.”

All would not be lost for this bike however, and it would not be a permanent feature of Carina’s living room for long. Late in 2014 Steve introduced her to his bother Michael, who had a fully equipped workshop. “I had nothing but a pile of metal and an idea, so he came over to my place to see how bad the situation was. We agreed on the terms of surrender and discussed what I would like the bike to roughly look like as we tossed ideas around over a pie and milkshake.” 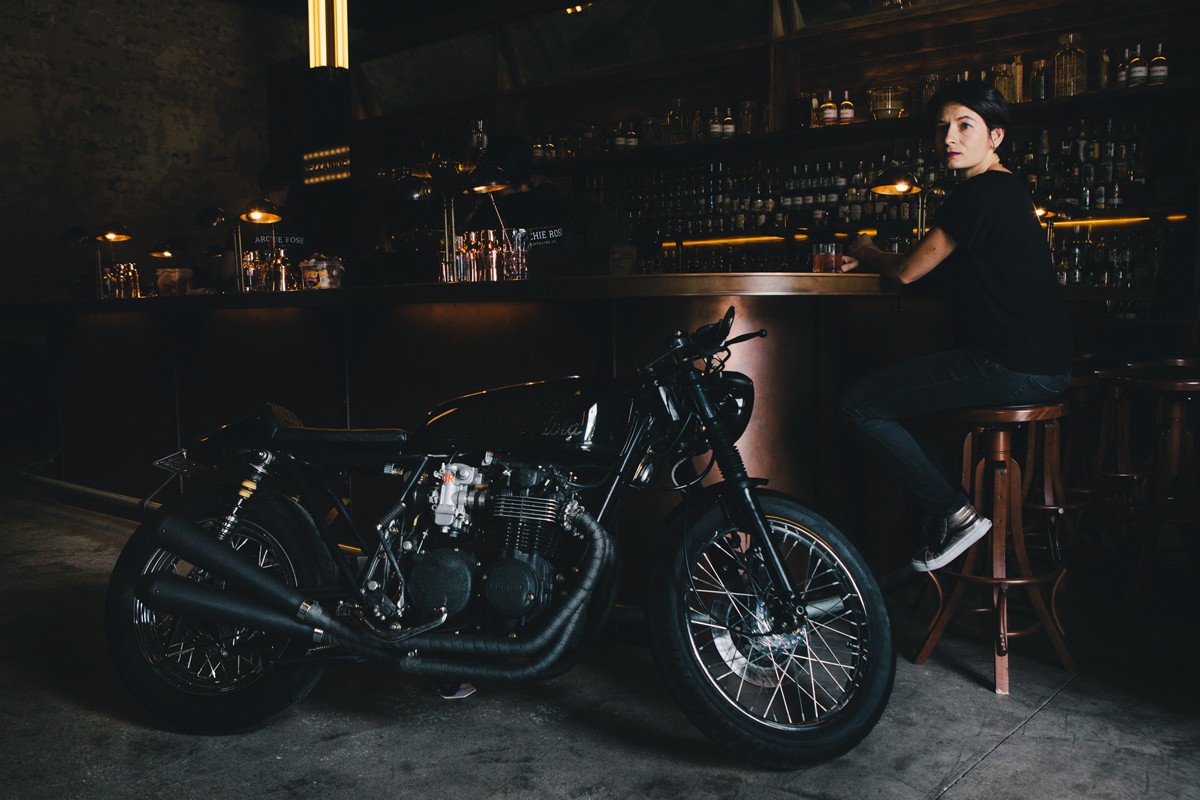 The following weeks would see these ideas be set in stone. There would be lots of chrome, 4 into 4 exhaust, a fat ass (the tyre only…) a slimmer tank, a lower profile for the front, new triple clamp made by DNA Custom Motorcycles, and a mini speedo. Harley from RB racing gave the bike its final tune. Carina would install some nice new carburettors, while Michael built the rear hump seat from scratch. “I definitely didn’t want any plastic or fibreglass bits on the bike. The most nerve-racking bit was organising all of the parts, waiting for 3rd parties to deliver, and getting rid of those nasty little surprises like the bike losing all power and shutting off mid ride!”

“I love everything about this bike. It’s completely different to ride compared to my VTR and my Ducati Scrambler. It feels like a hardtail, it’s heavy and low to the ground but surprisingly easy to handle. I love the straight line from the front to the tail, the perfect proportion of the tank to the hub.”

A special thanks to Archie Rose Distillery. 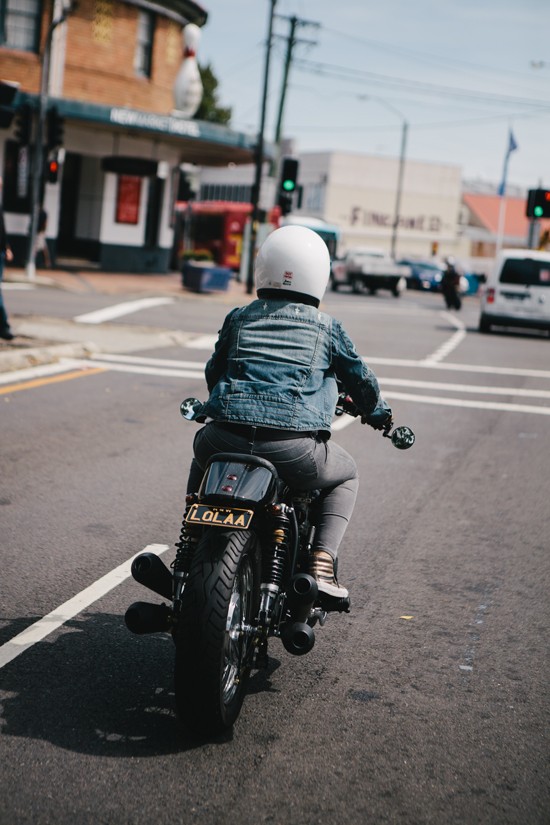 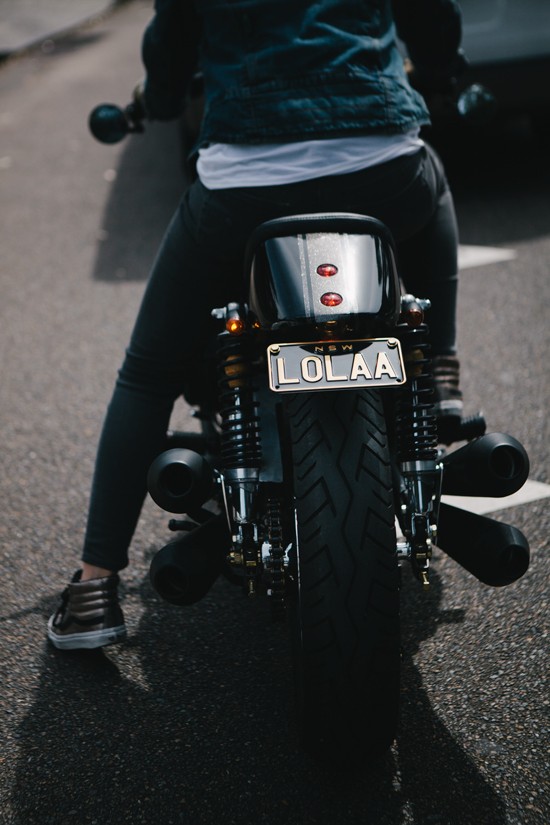 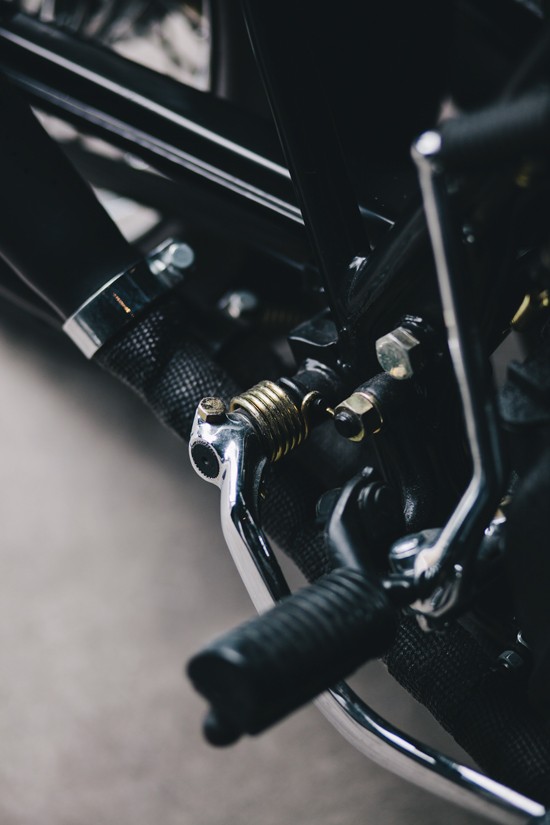 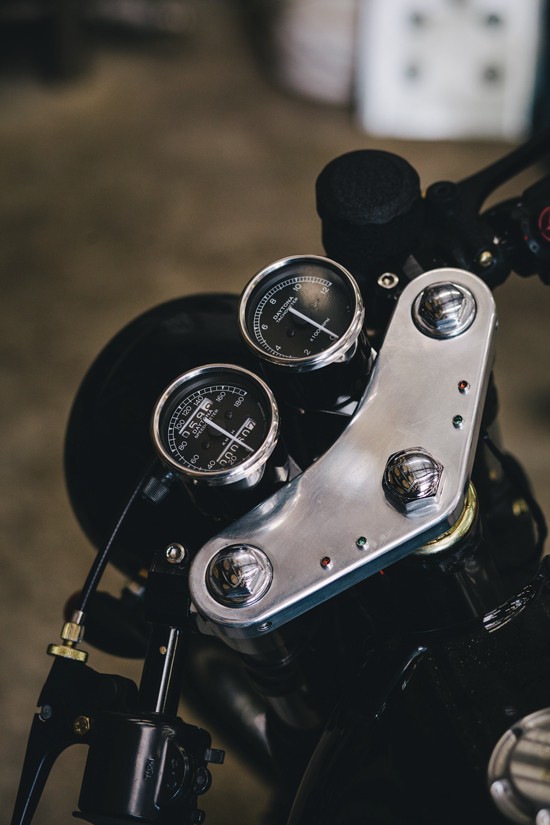 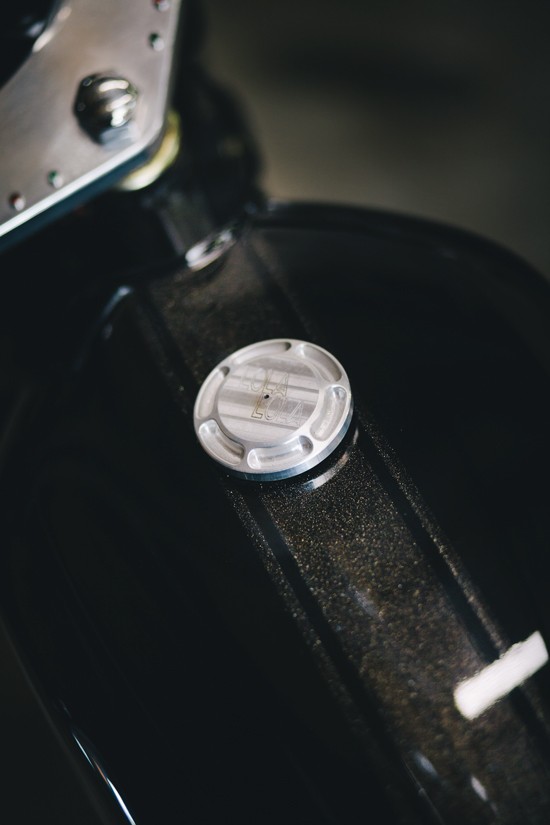 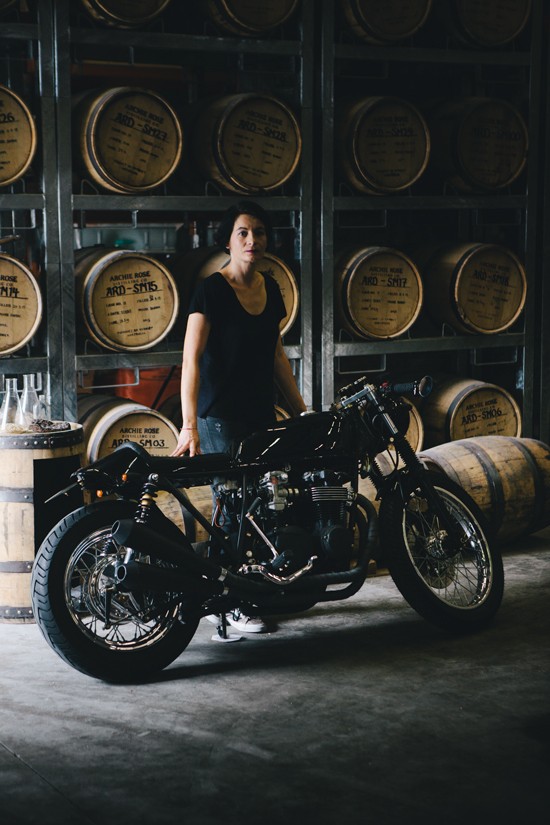 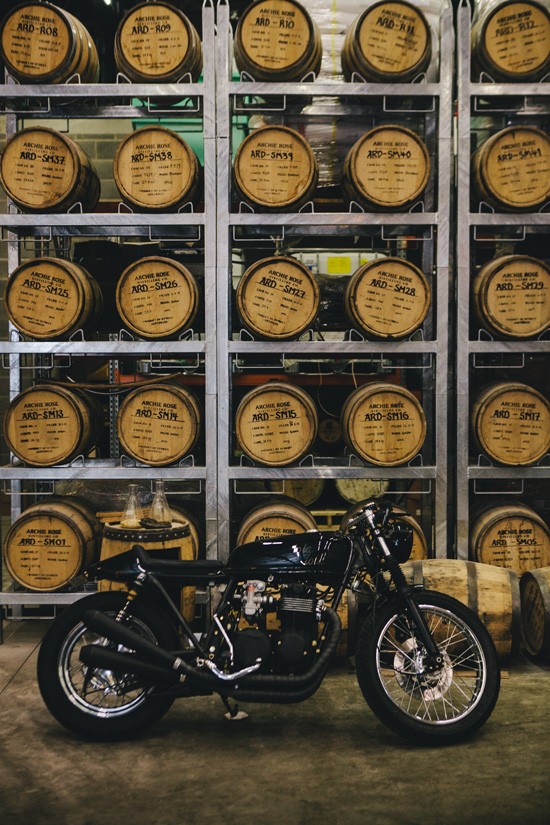 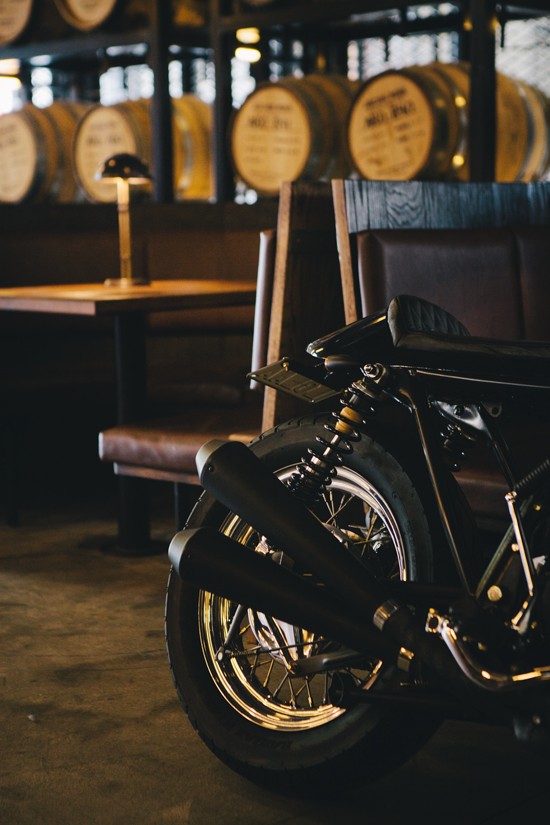 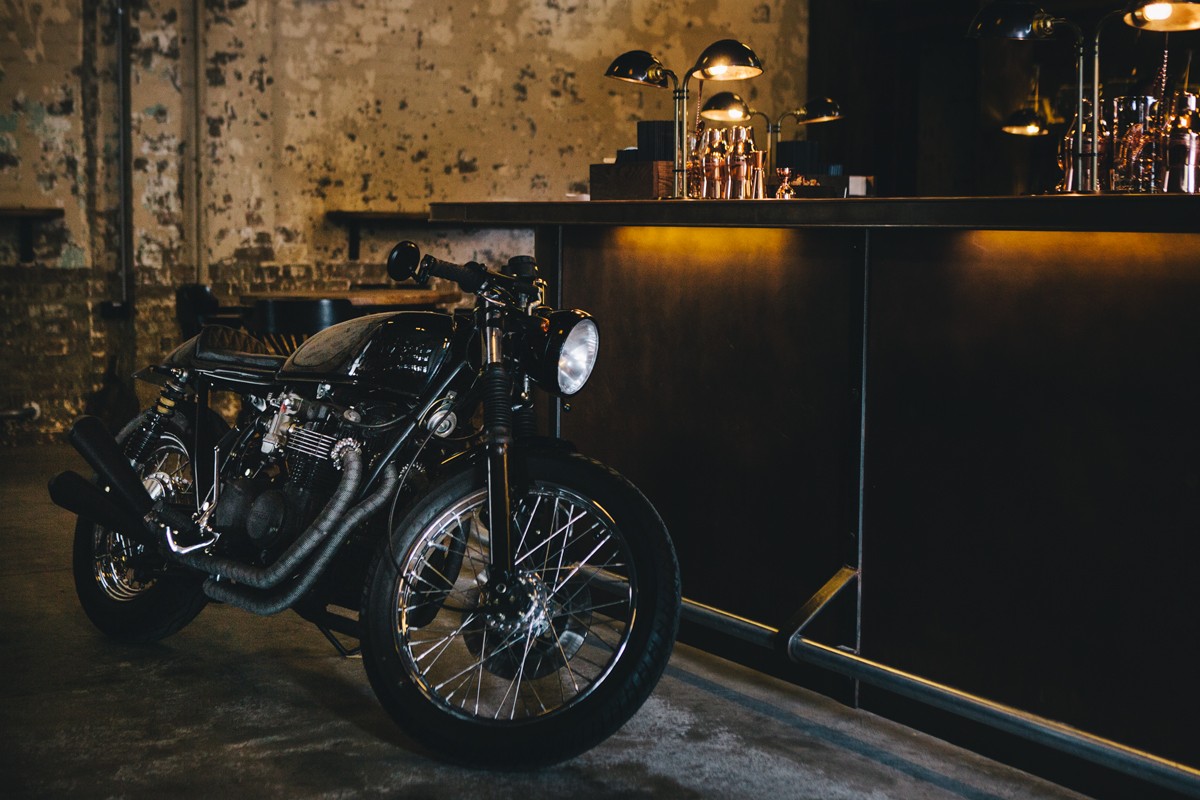 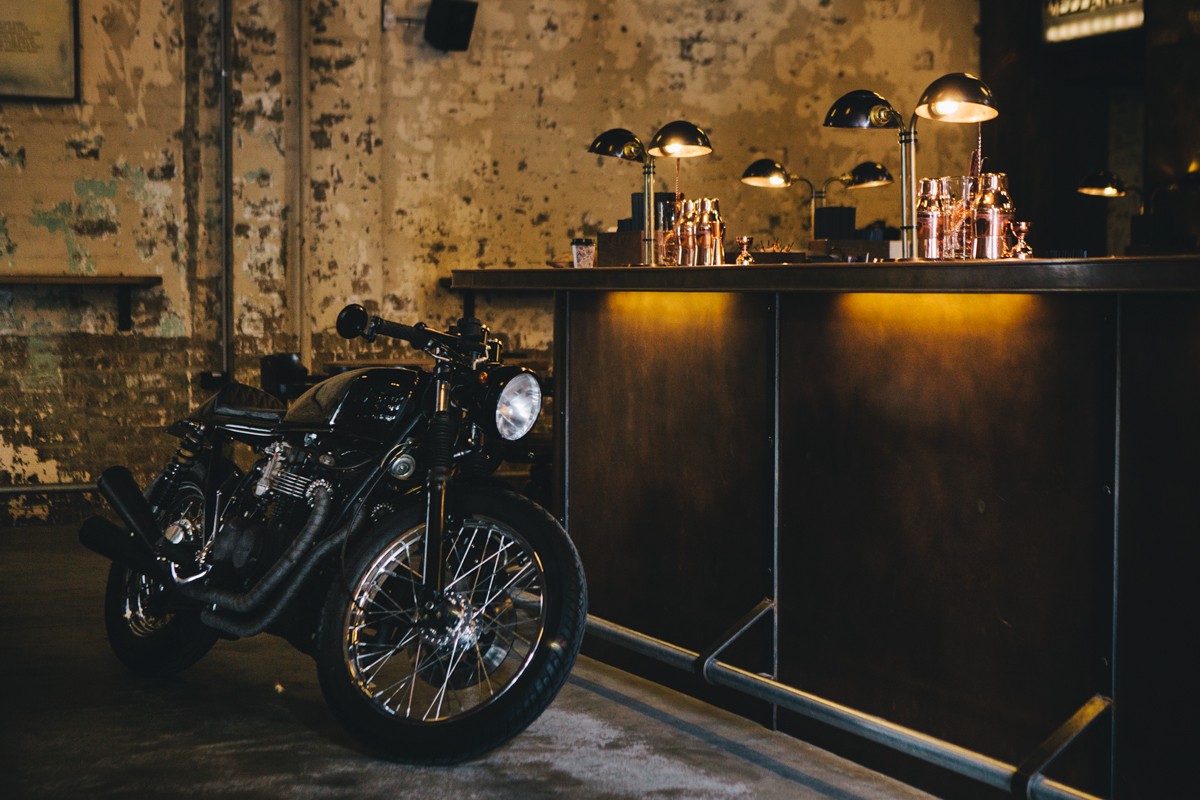