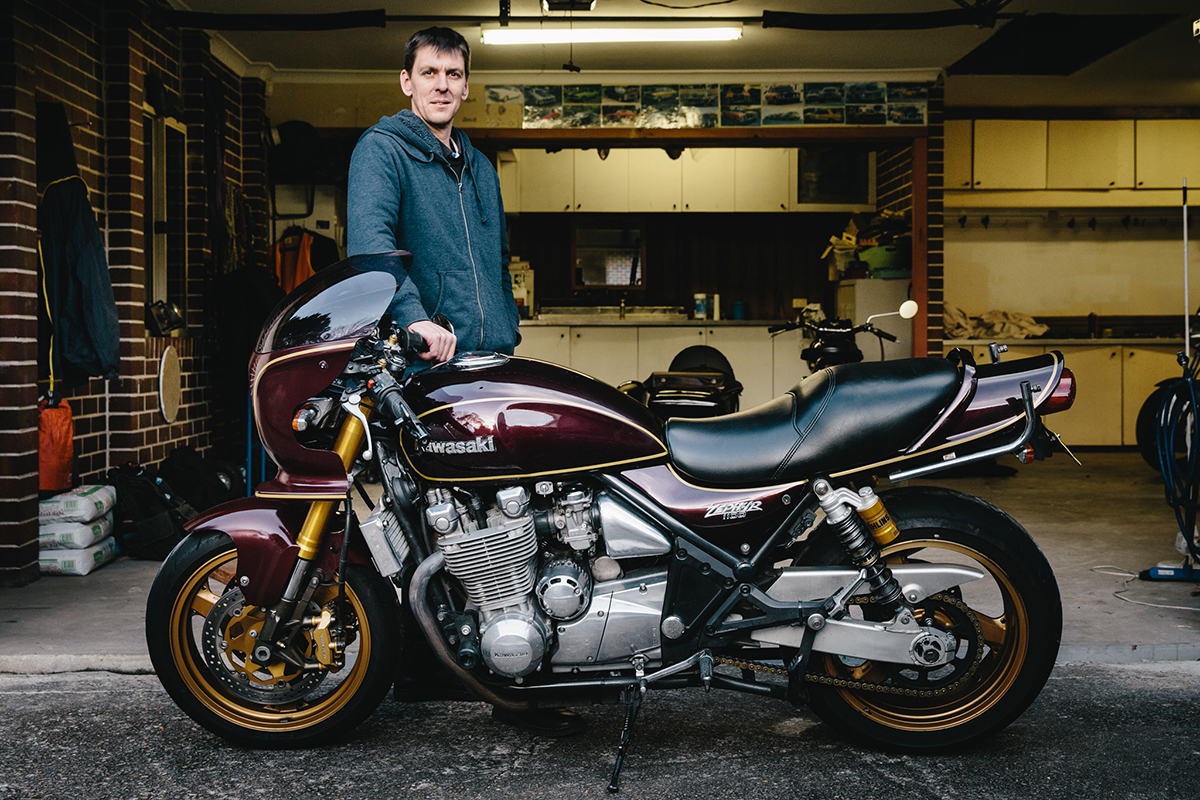 If it’s one thing Luke’s got plenty of, it’s shed space. A blessing from the gods, he’s got enough room to fit an army of bikes – and whilst he’s currently got a somewhat modest squad of machines, we’re sure some other fanciful machines will find there way into his domain. 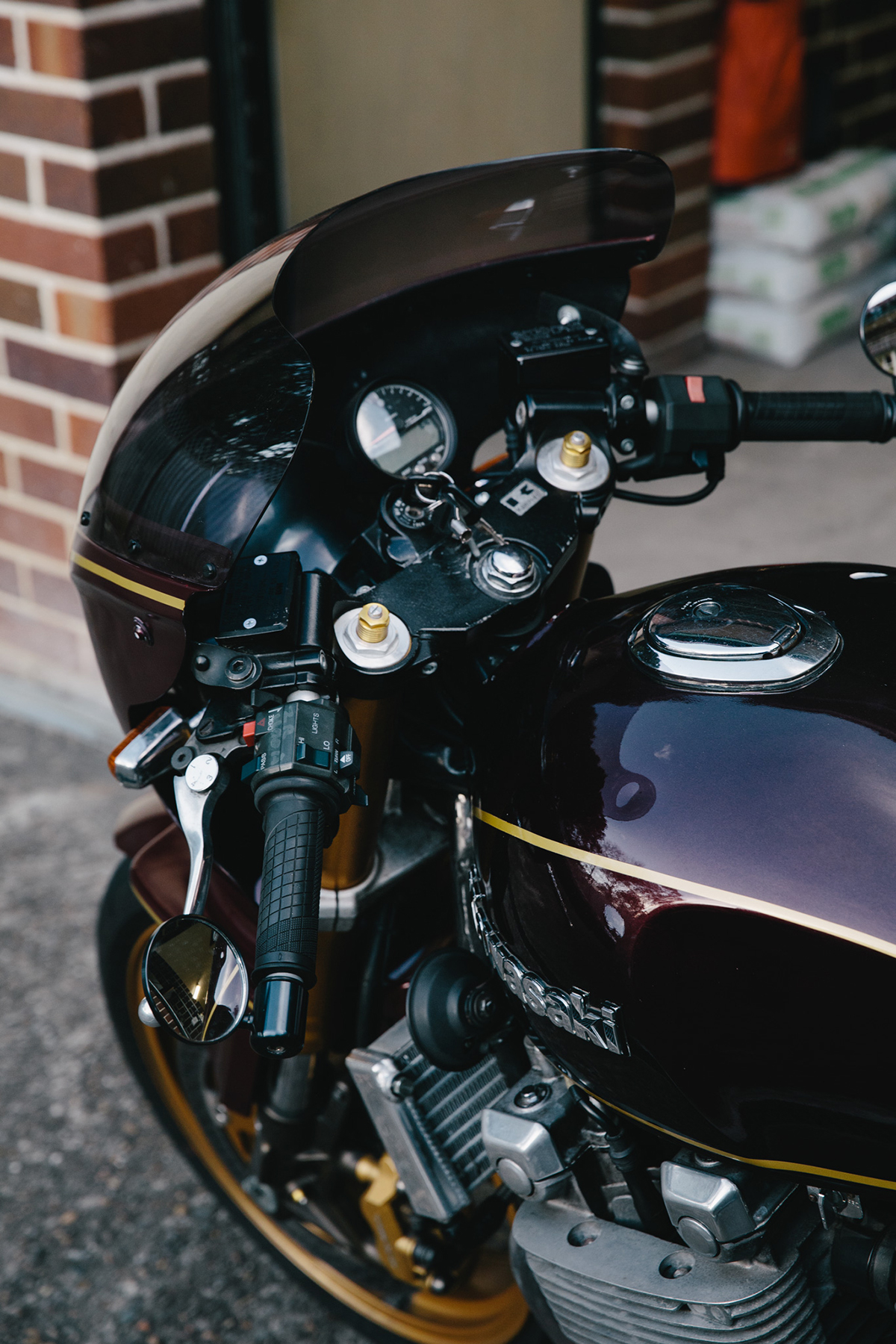 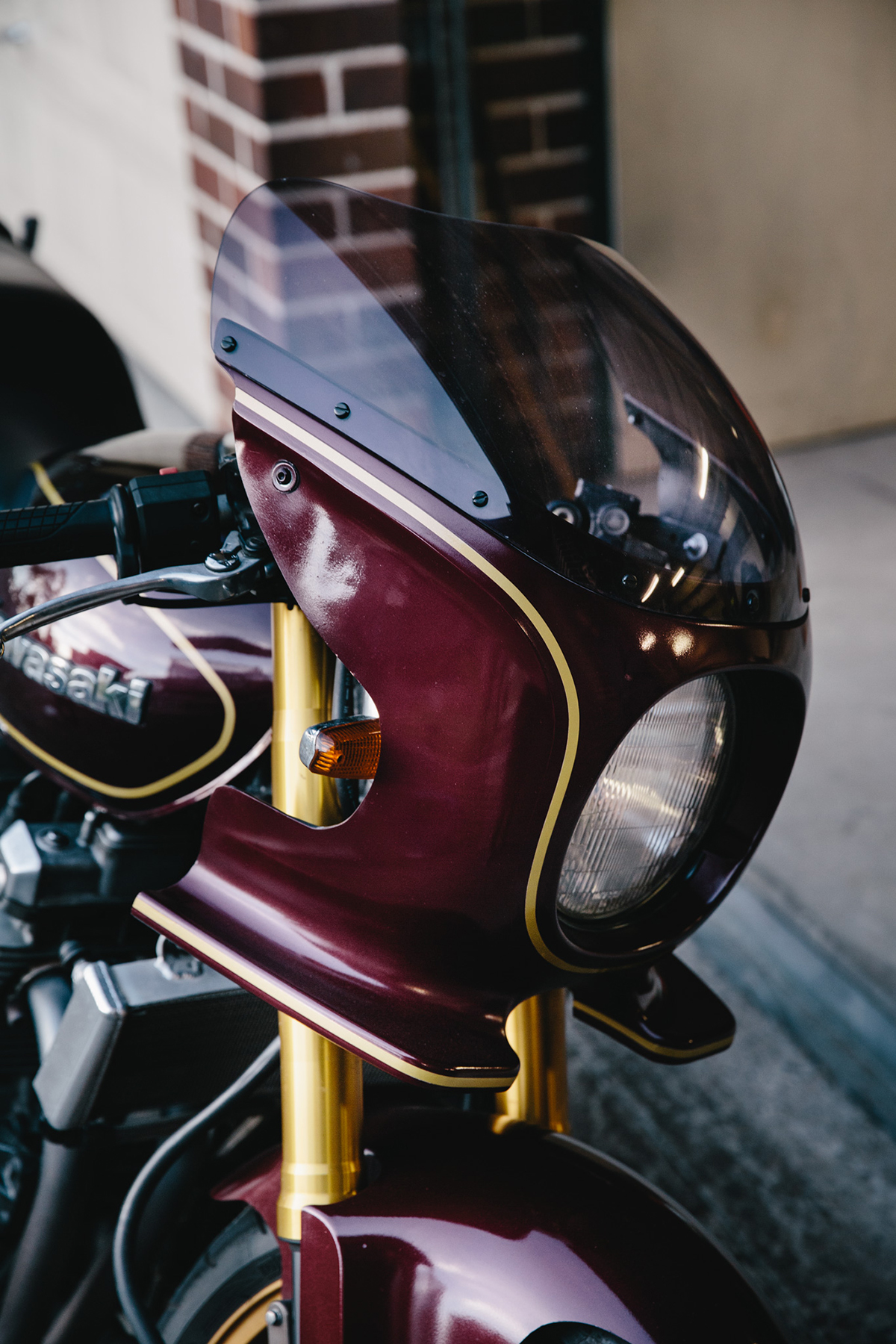 You’ll no doubt recognise Luke’s Ural with Sidecar that was featured recently, well alongside it lives two 1991 Kawasaki Zephyr 1100’s – one modified and one stock (and in parts, somewhat). “The modified Zephyr is my daily transport so it gets regular maintenance. The stock Zephyr came to me in pretty sad condition so it’s been getting a fair bit of attention. The engine went back into it about a month ago and I’m finishing off carbs and electrics. It’s been an on and off project for the last year.” 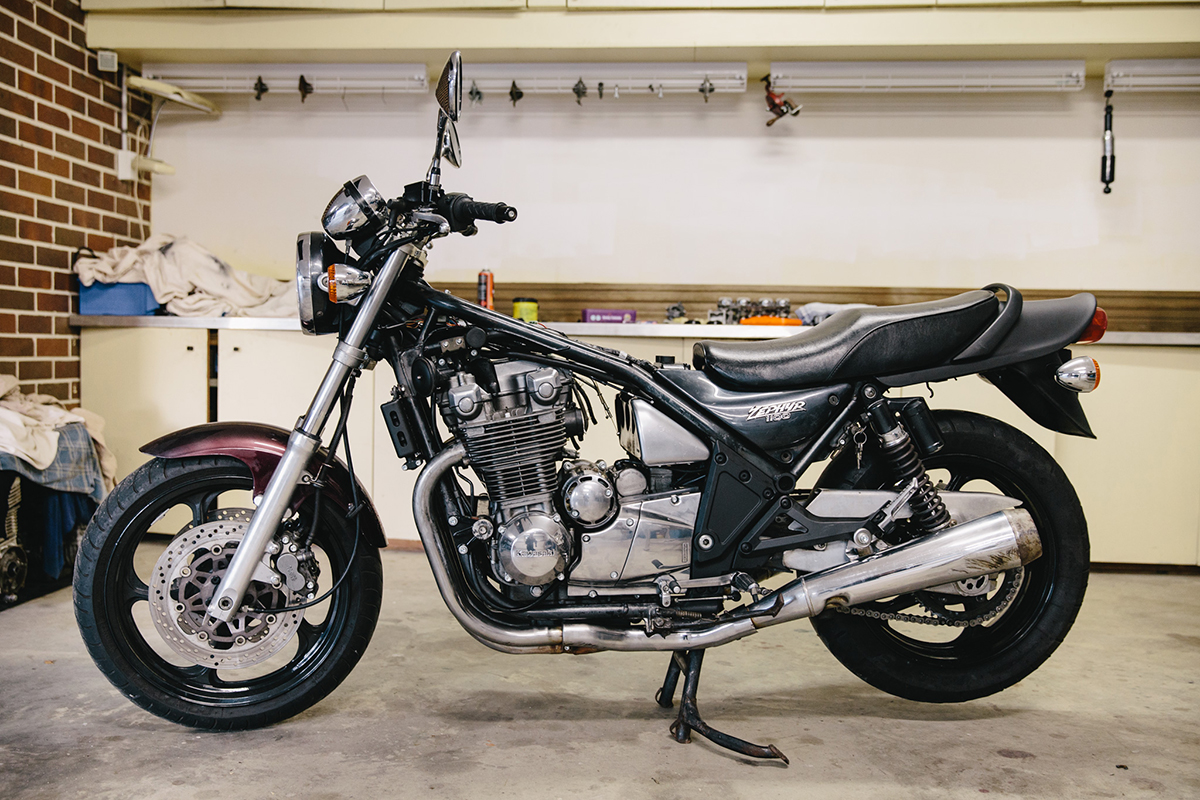 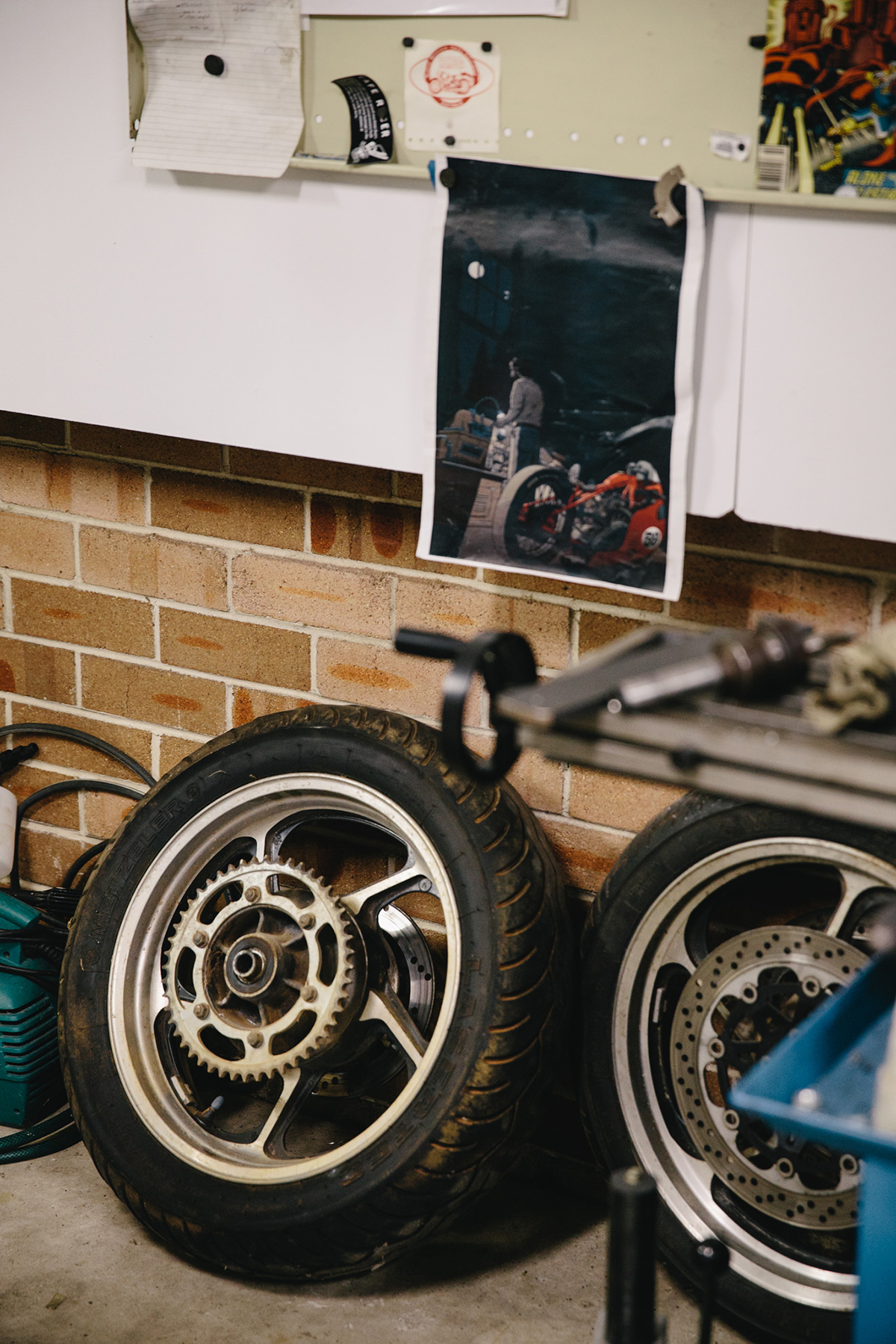 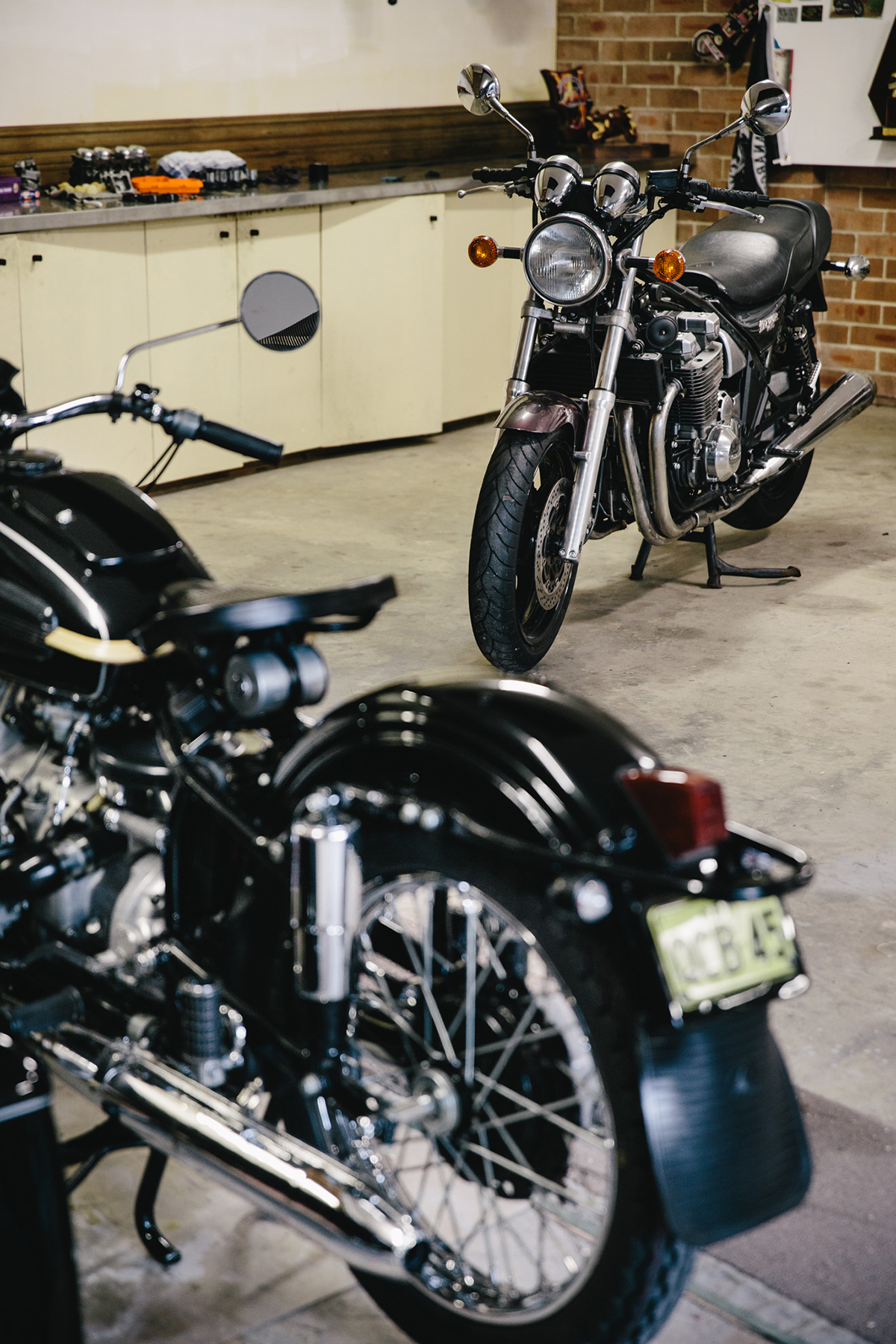 To keep his Ural running smooth as velvet – or close to it – regular maintenance is diligently applied. “After DGR I’ll be modifying the sidecar suspension to lower the sidecar body a few inches. I also have to machine and bush the suspension pivot, which is sacked out after 60 years of bumps. This week’s project has been plumbing up a coolant pump to my lathe for some axle machining that is coming up – for a 1925 douglas of all things. The week before I attacked my home weather station, which wasn’t broadcasting, rain or wind. The PCB was completely corroded so I made up jumper wires for missing tracks and replaced 2 diodes and a resistor. I’m pleased to report 37mm of rain-recorded month to date.
Work gets in the way of productive shed life!” 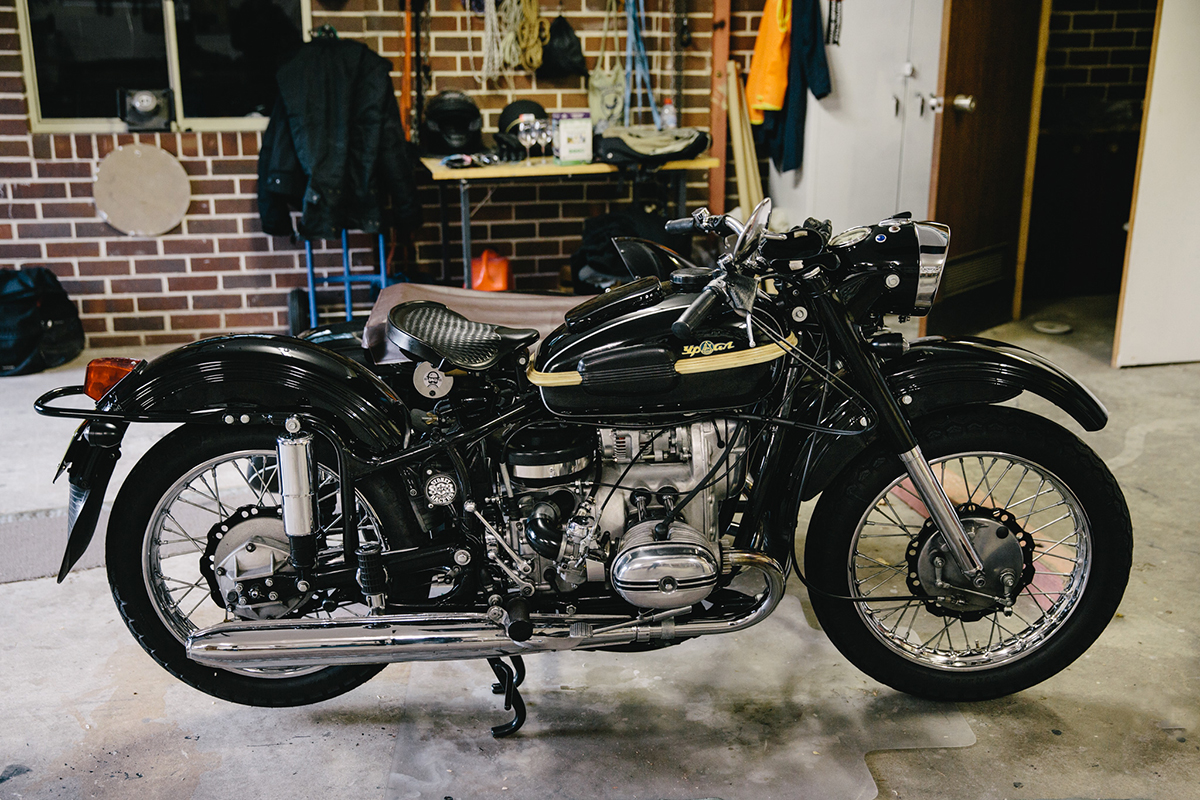 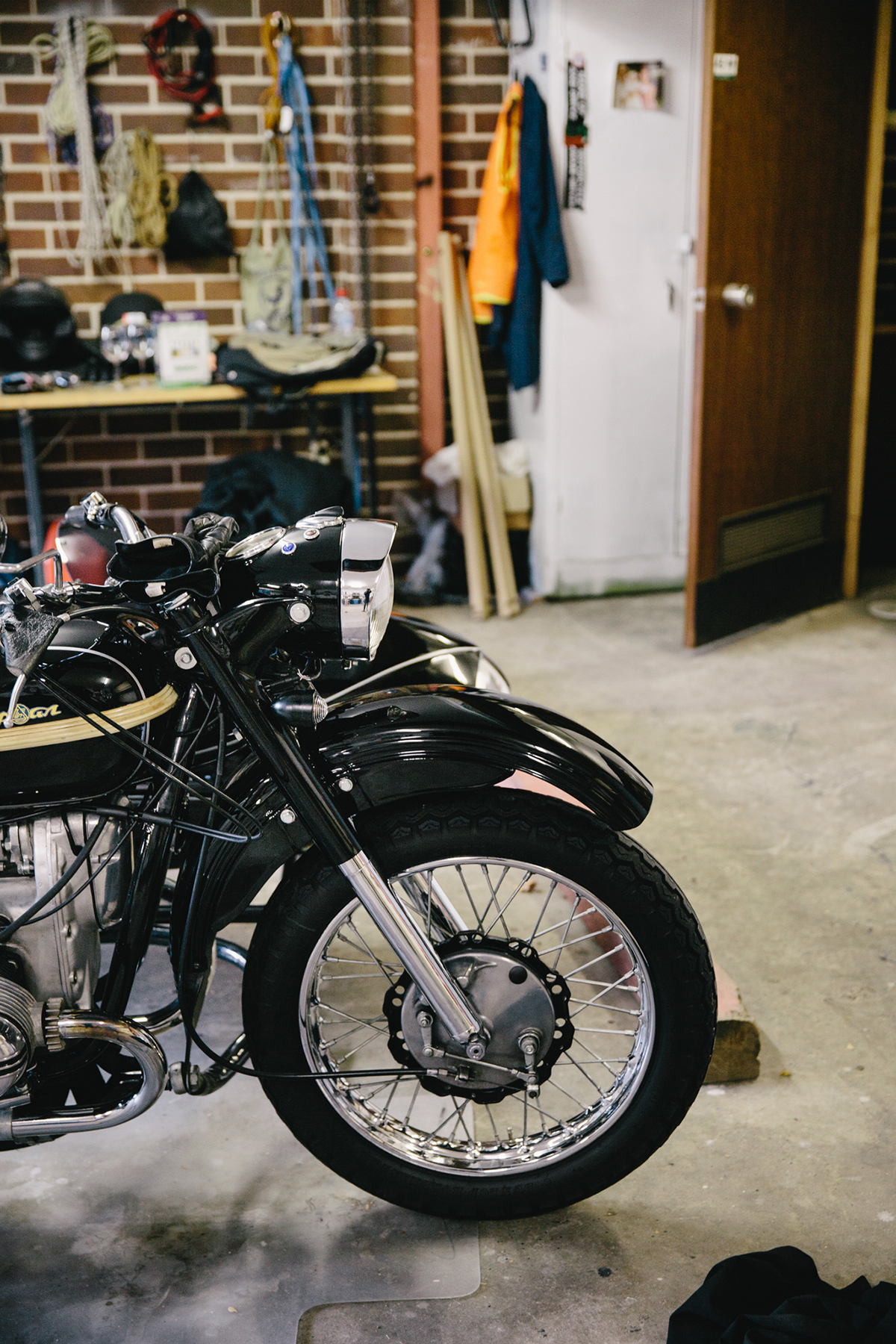 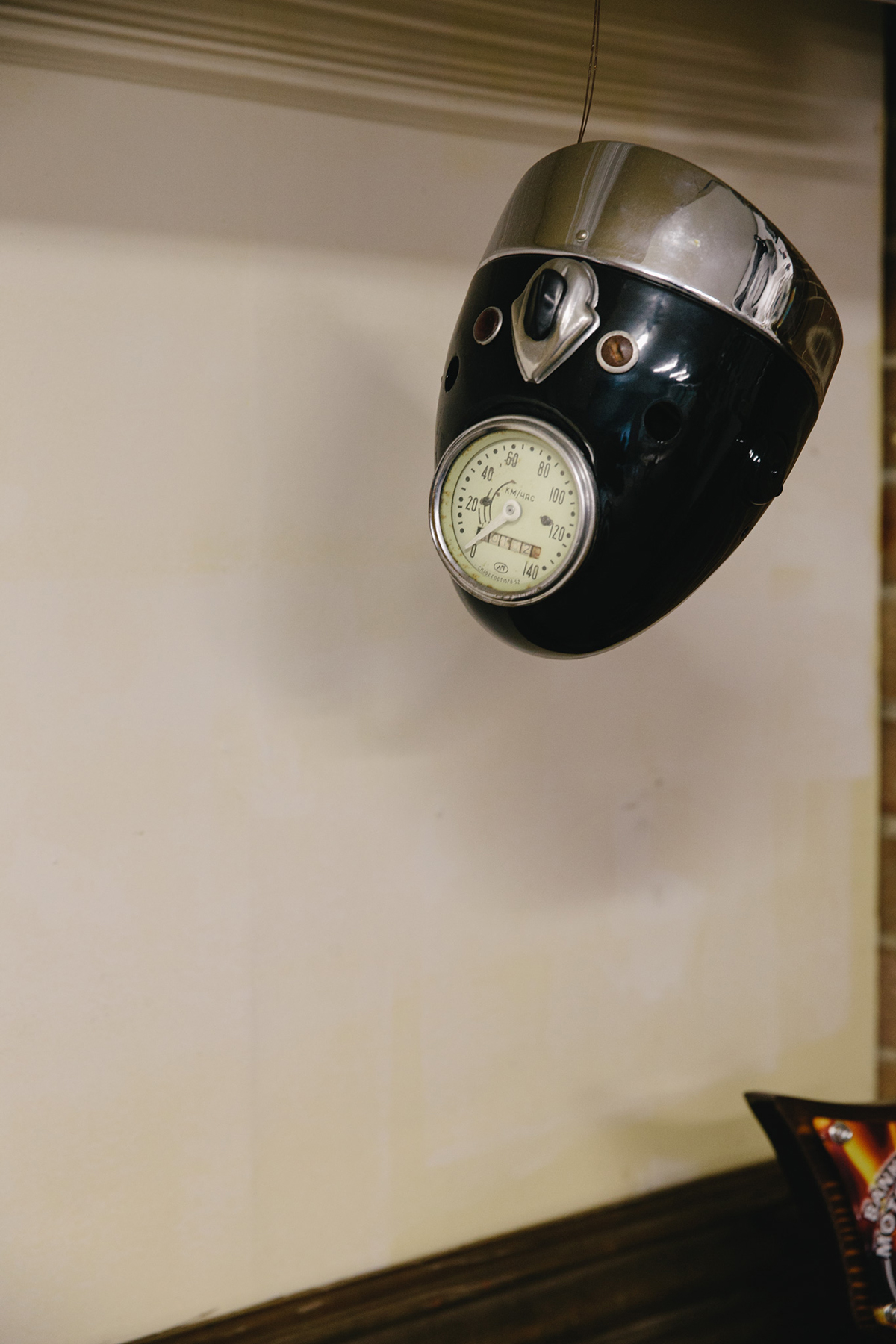 Having a lathe and a mill in his shed means that Luke is afforded the luxury of being able to do basic machining alongside his projects. Everything that can be done in this space by Luke is given a crack instead of outsourcing to other locations. “I managed to negotiate a 2 post vehicle hoist in the deal when we bought this house which will get plenty of use when I get a project car. I’m a home DIY tragic, as well as a bike-head and after a few decades of collecting, my tools are decent enough to cover most jobs. Basically I tackle any job if I can improve something, spend as little as possible and not break myself. Tyre changes aren’t my thing and working on plumbing is shit so I avoid that like the plague. I rarely outsource tools but occasionally need to outsource talent.” 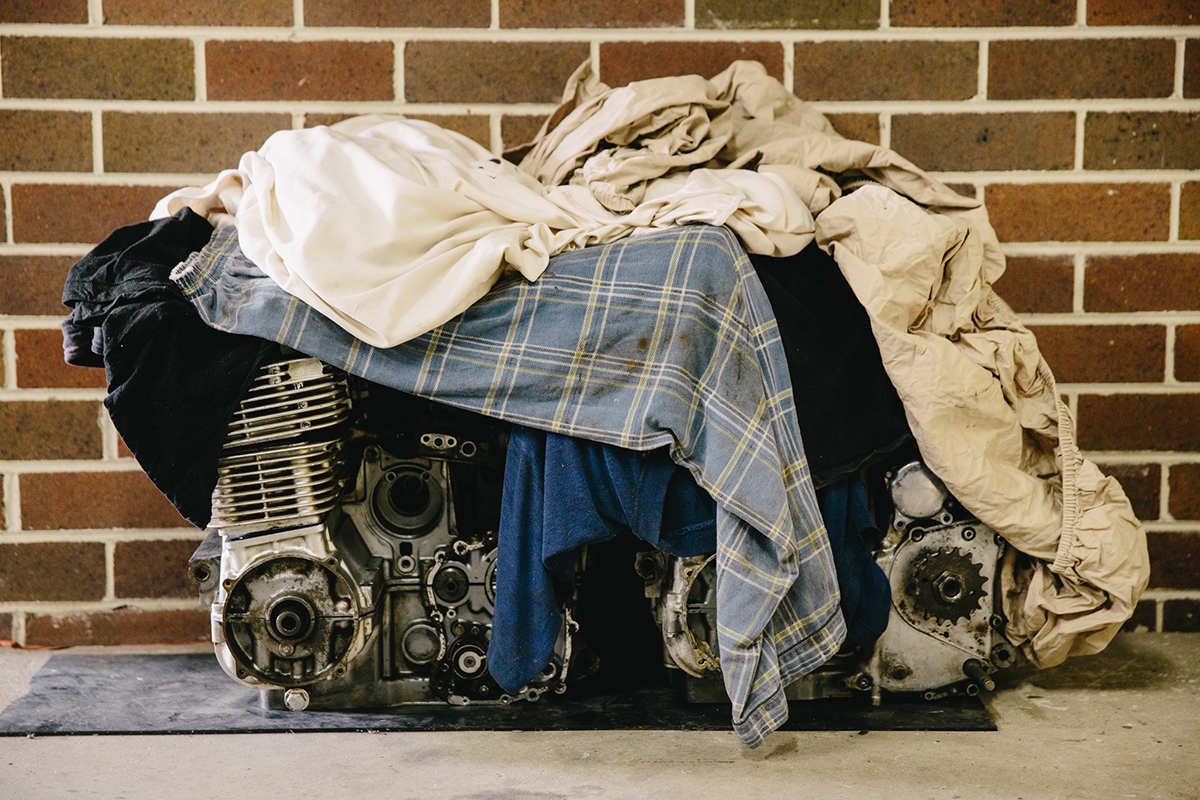 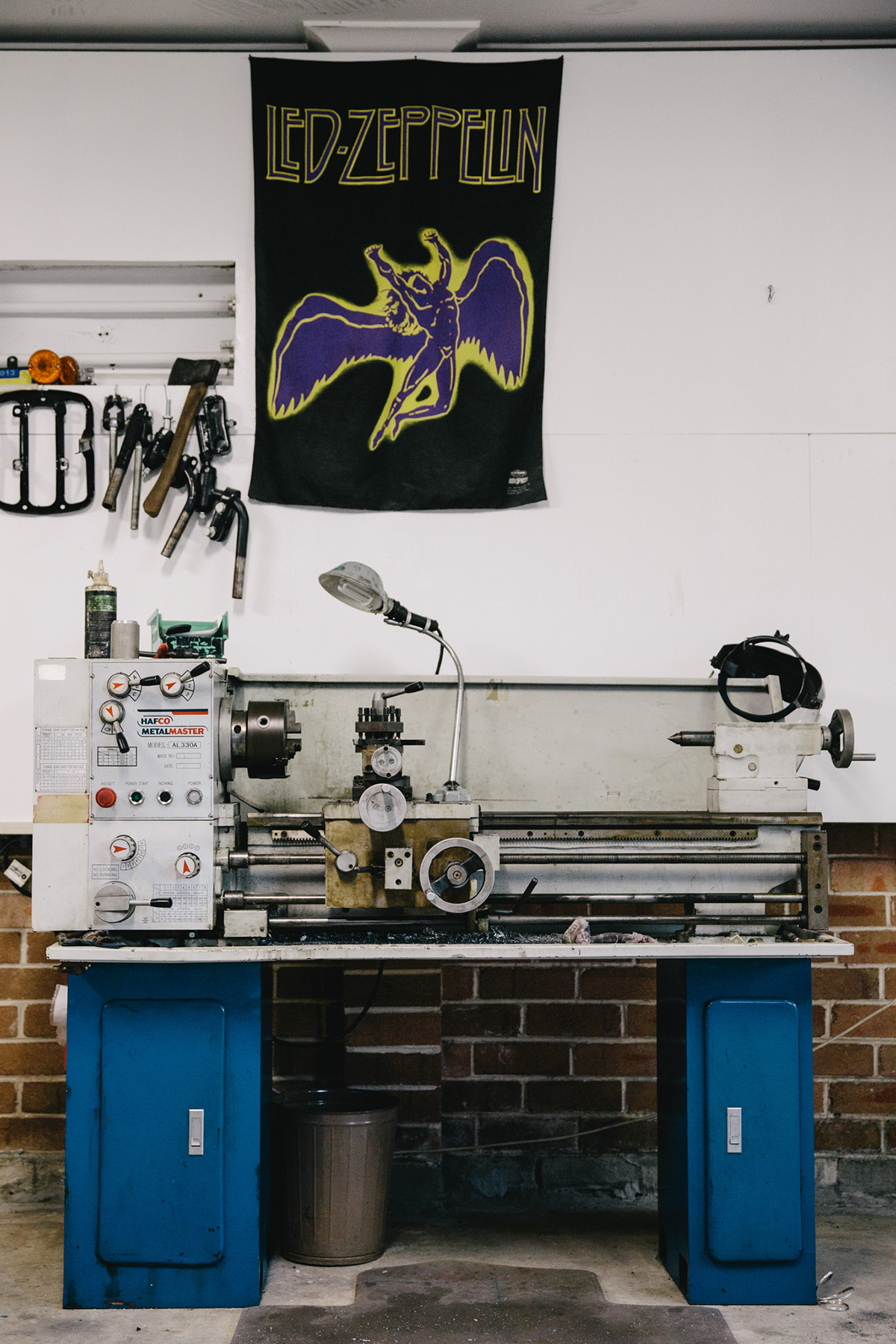 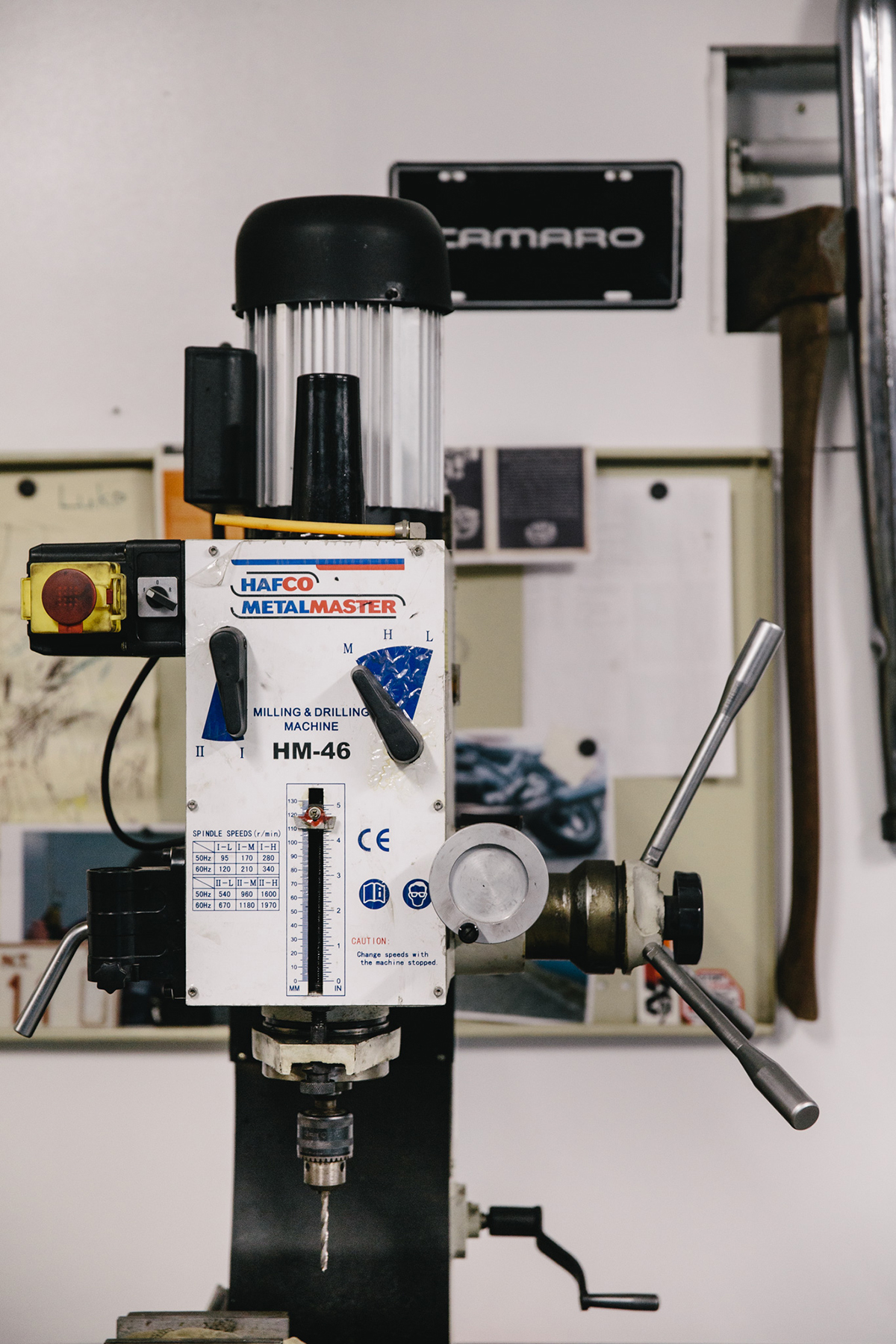 You’ll find Luke in this bike bastion as often as he can – or as often as his family will tolerate. A self-confessed part time hermit, you’ll find him pulling apart and working on his Kwakas or Ural more often than being perched in front of the TV. “Working in the shed is never a chore – it’s like when Happy Gilmour goes to his happy place for me.” 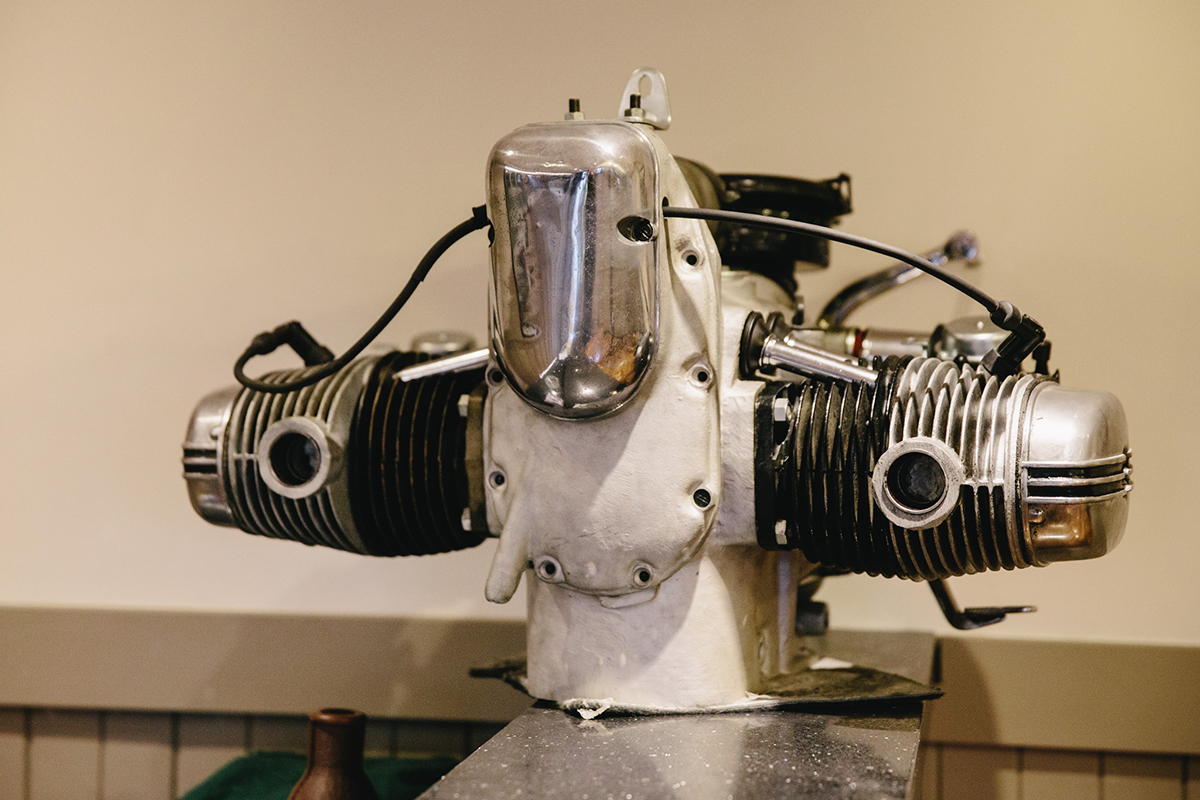 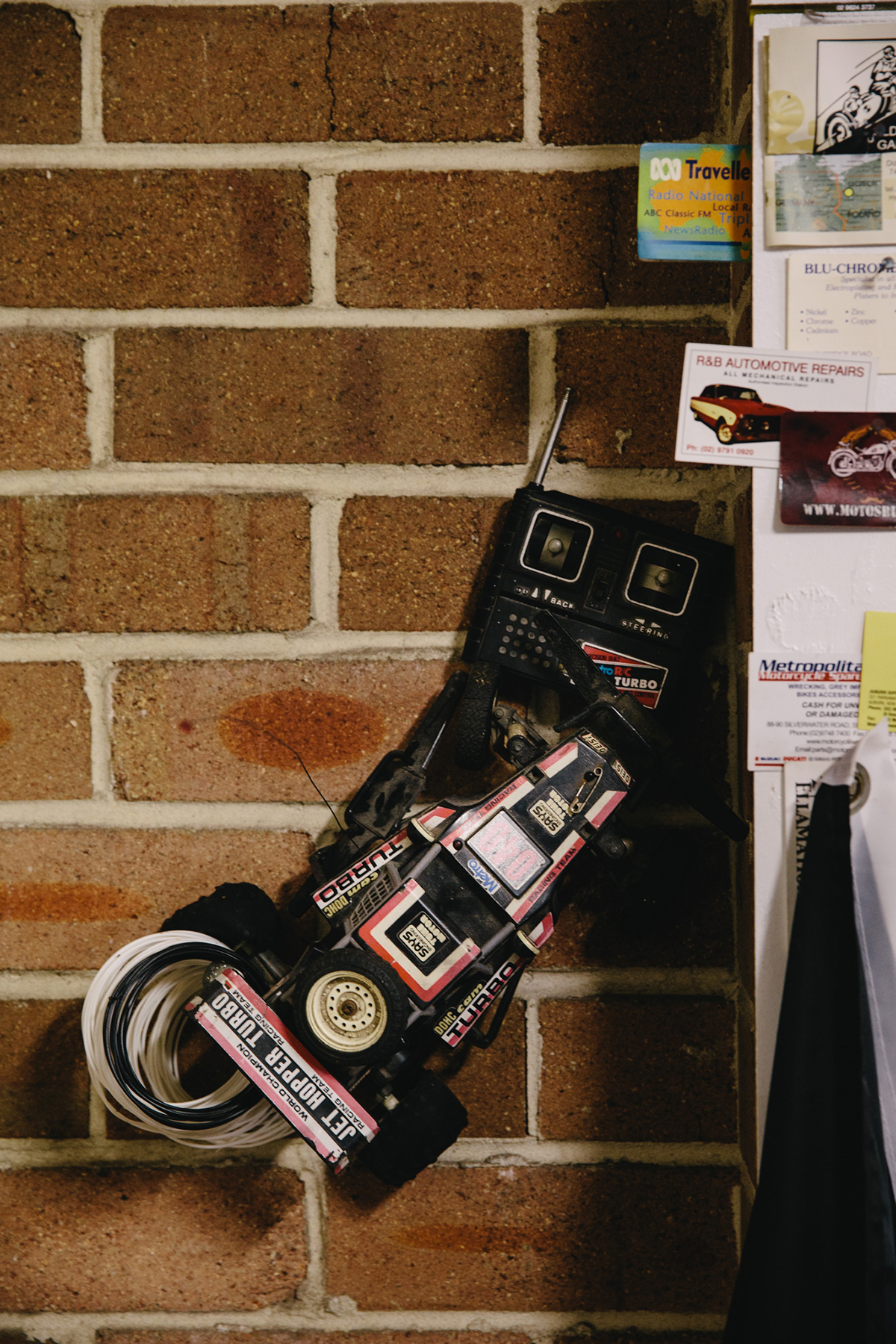 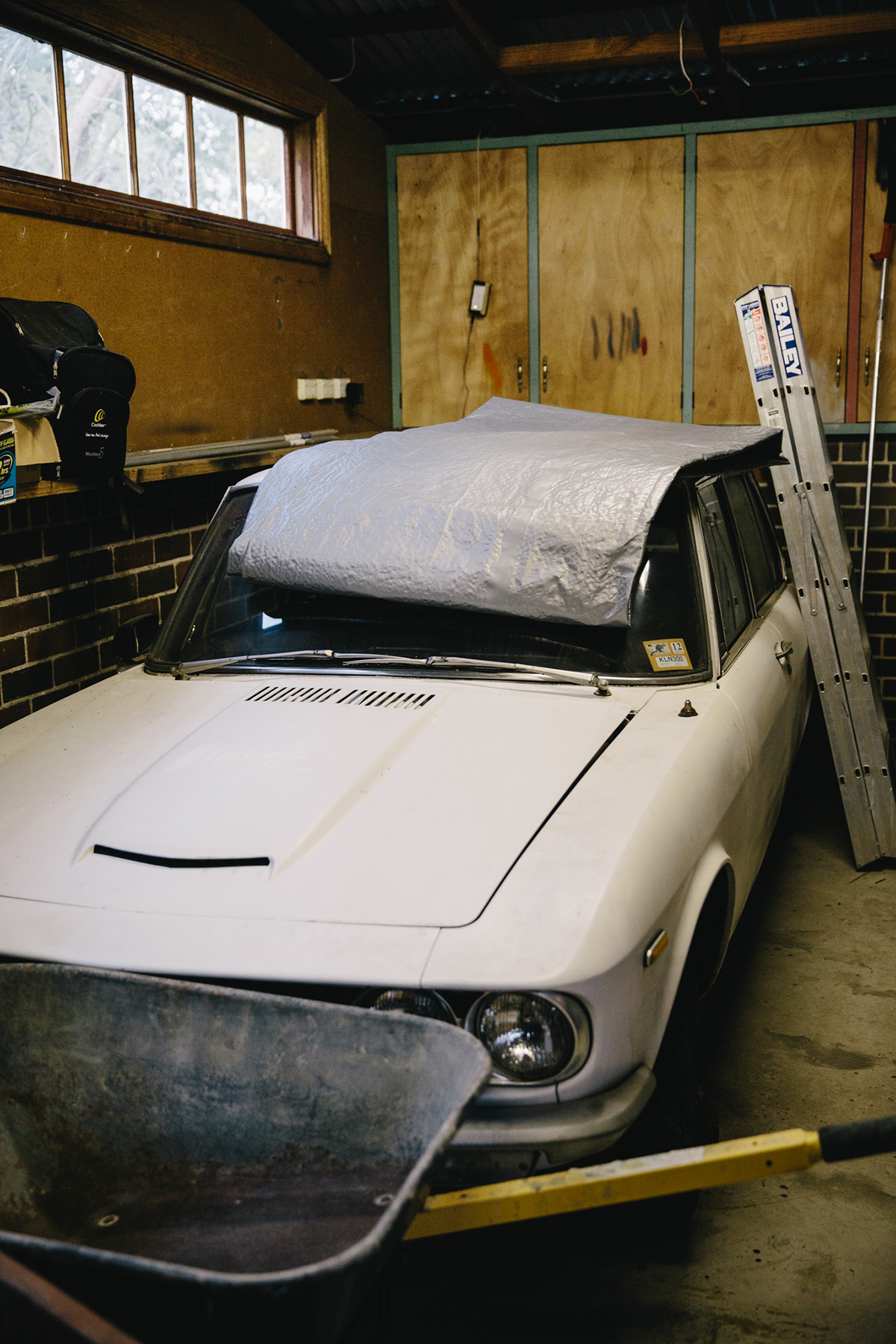 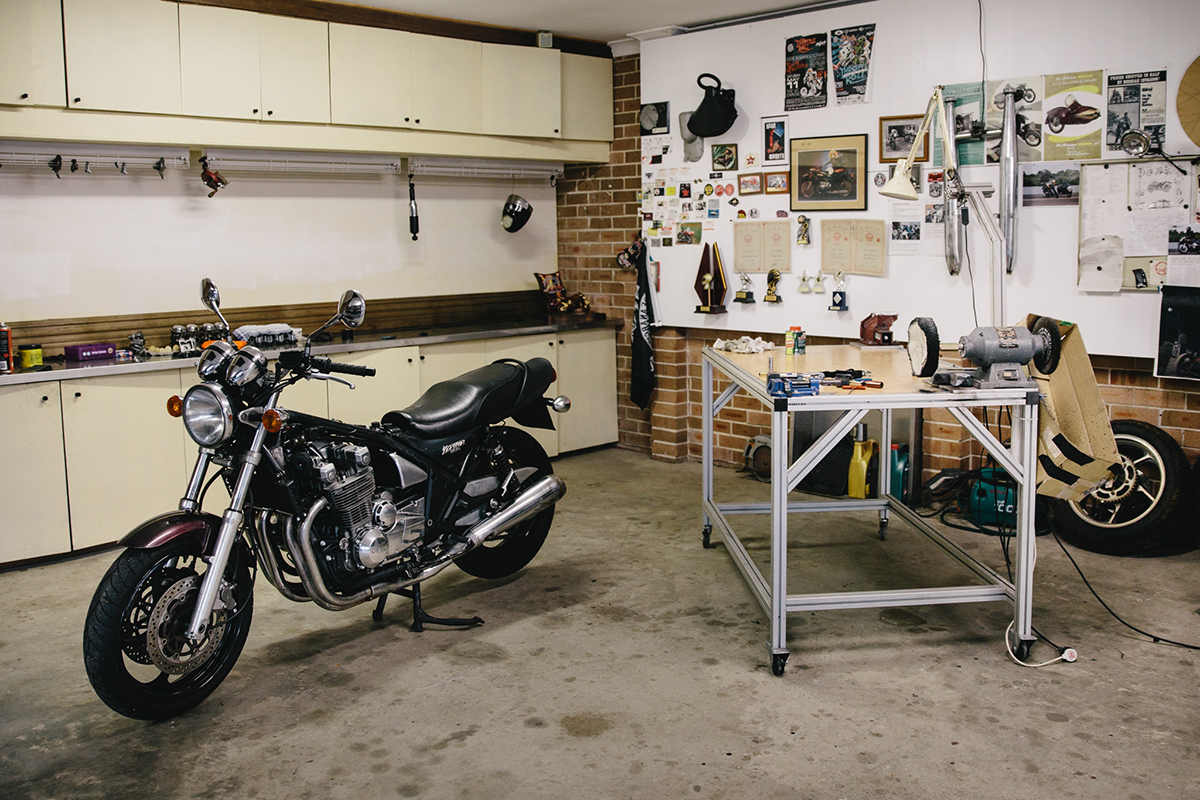 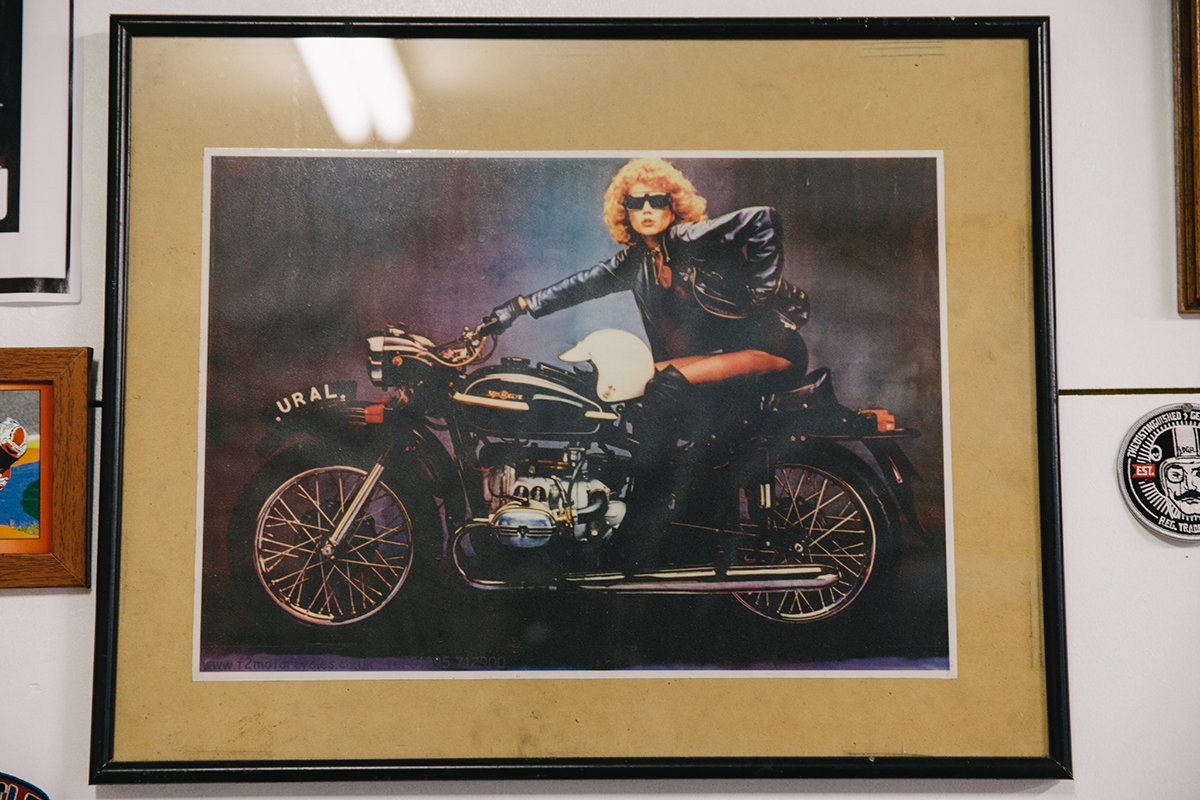 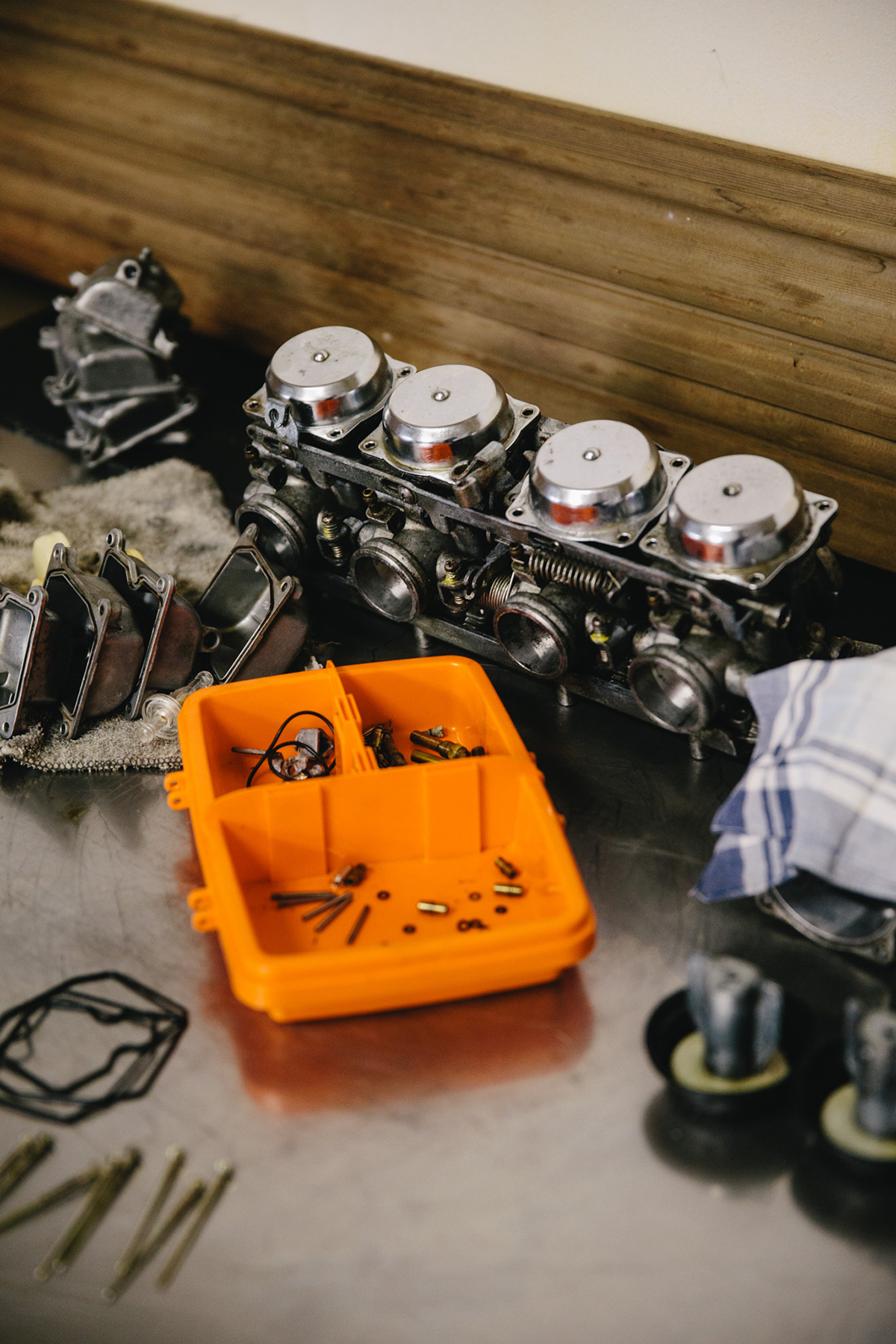 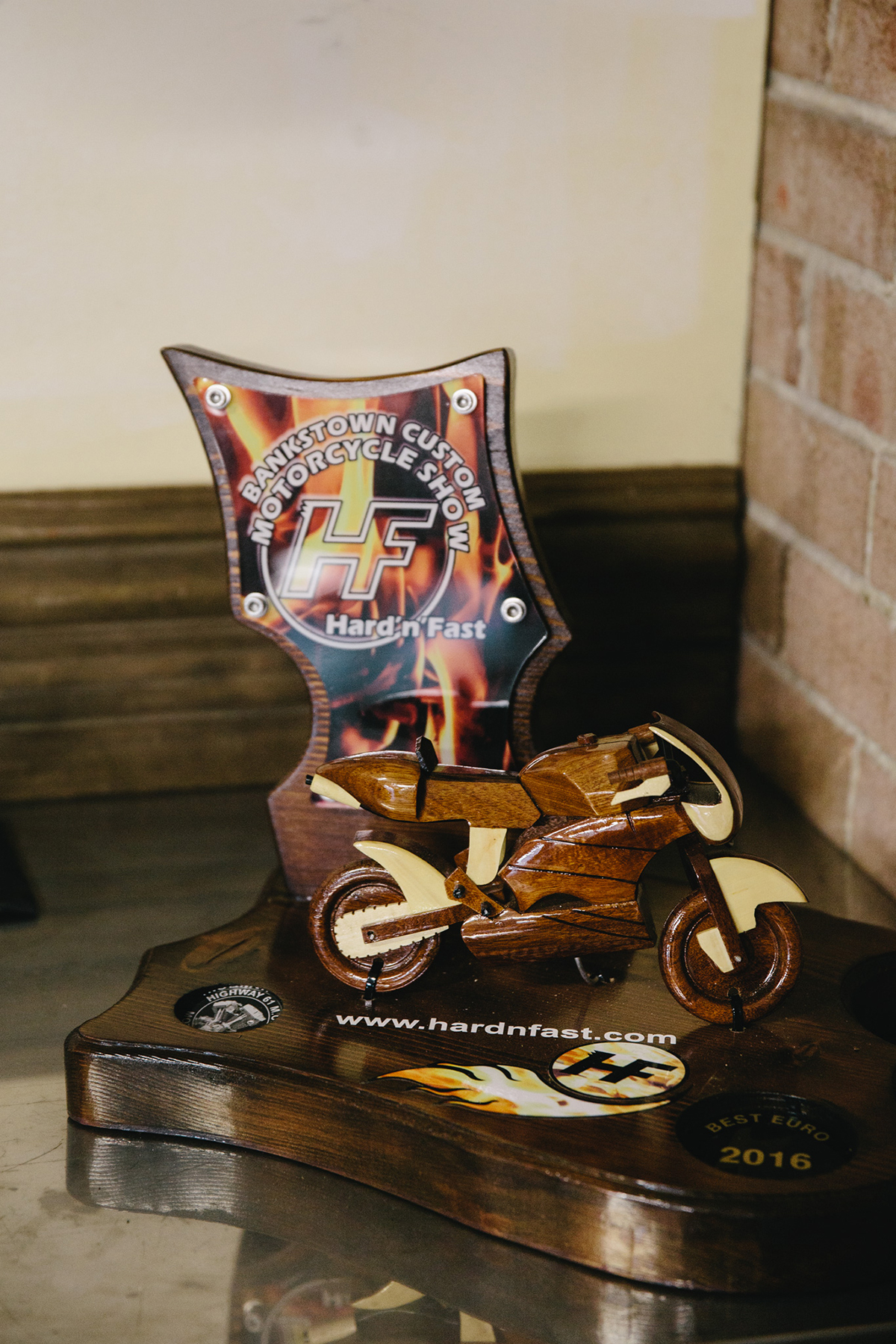 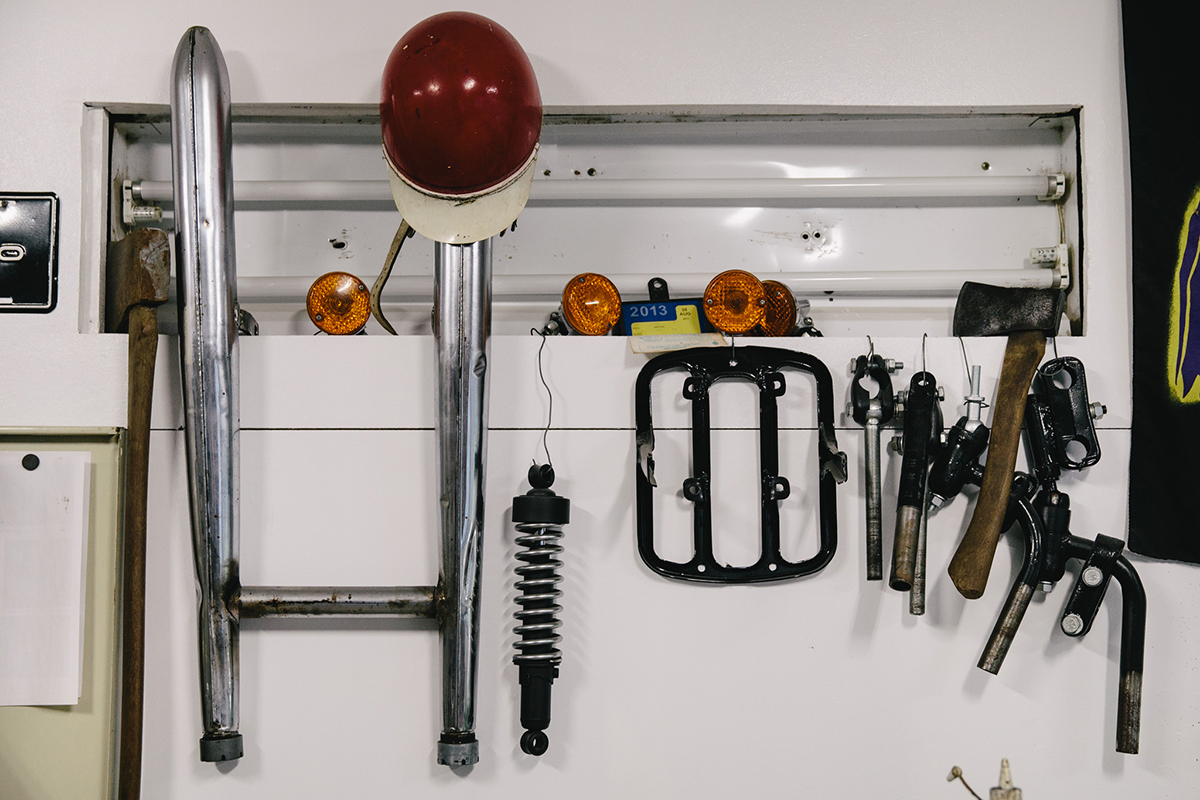