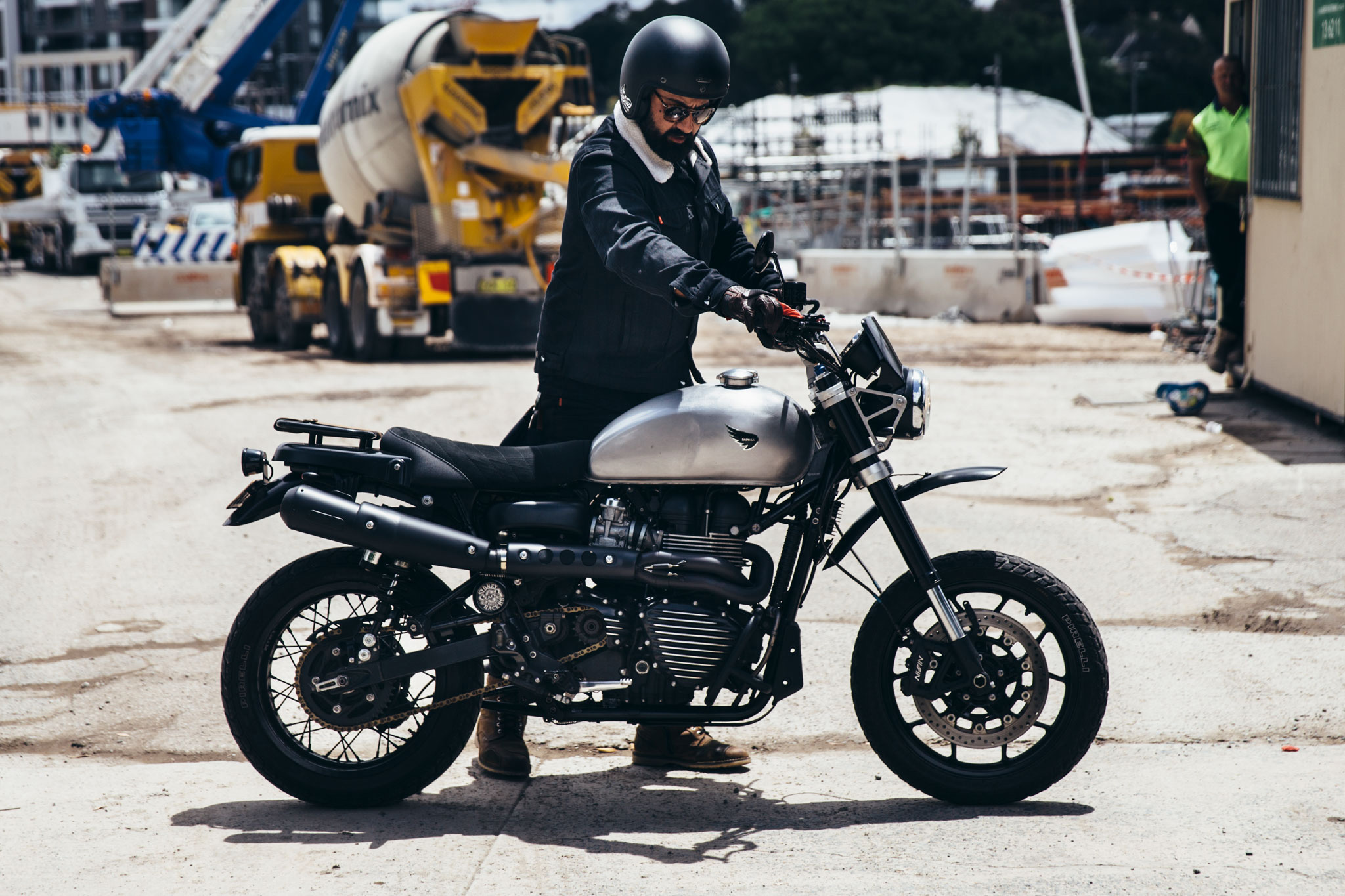 Okay it’s super awkward writing a blog about your bike and self. So instead of reminding people how insanely attractive I am for a man of Middle Eastern appearance/ just man in general; I am just going to lay down some words and quote myself about the build aspect of this bike. 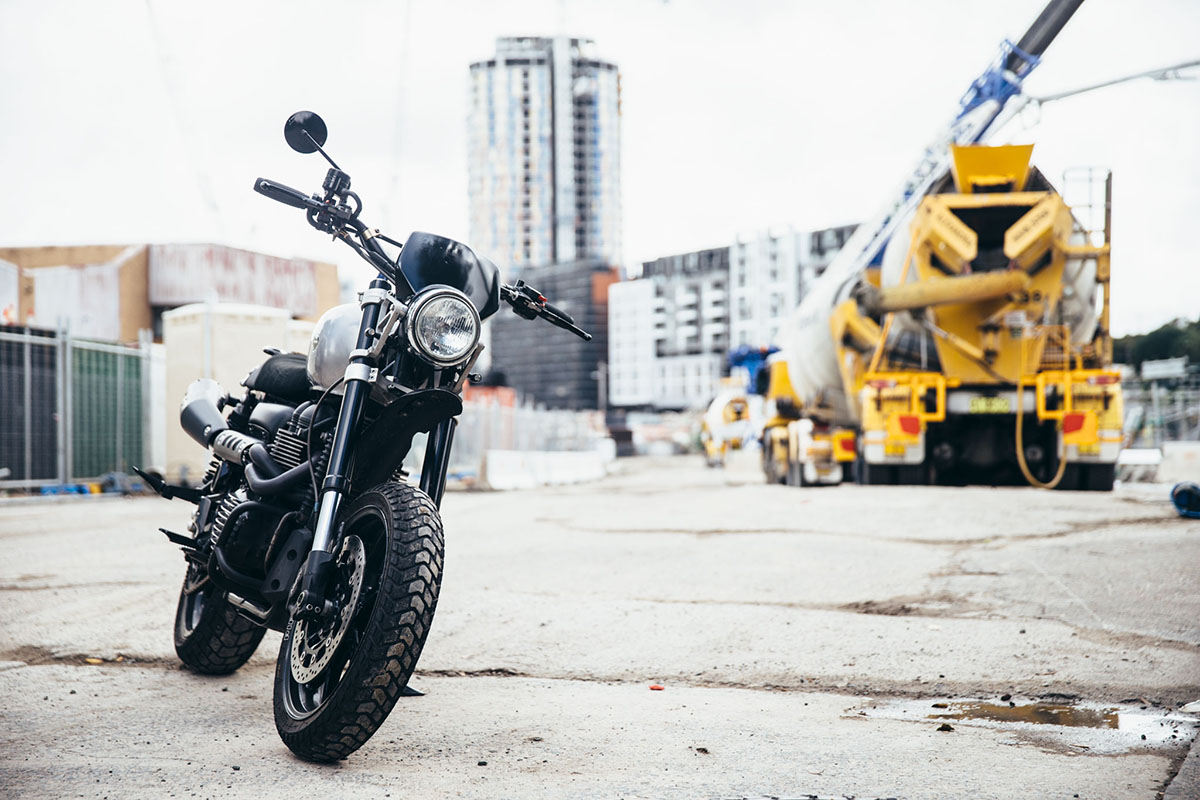 A bit of backstory – Triumph gifted me this bike in 2014 when they became the global sponsor of The Distinguished Gentleman’s Ride.

Here is what I had to say about that.

“In actual fact it was a bit daunting being gifted with a bike. Trying to navigate through all possible outcomes of getting stuck into modifying it, is there an expectation I’d leave it standard? Will they get upset if I shorten the fenders, paint it, put other peoples parts on? I didn’t know what to do, well deep down I did, I just didn’t want to offend those who made a huge decision to support us on such a global scale! However, I just decided fuck it, I want it to be mine, I want it to be unique and the work then began. To my surprise – Triumph were digging it and totally understood the customisation culture.” 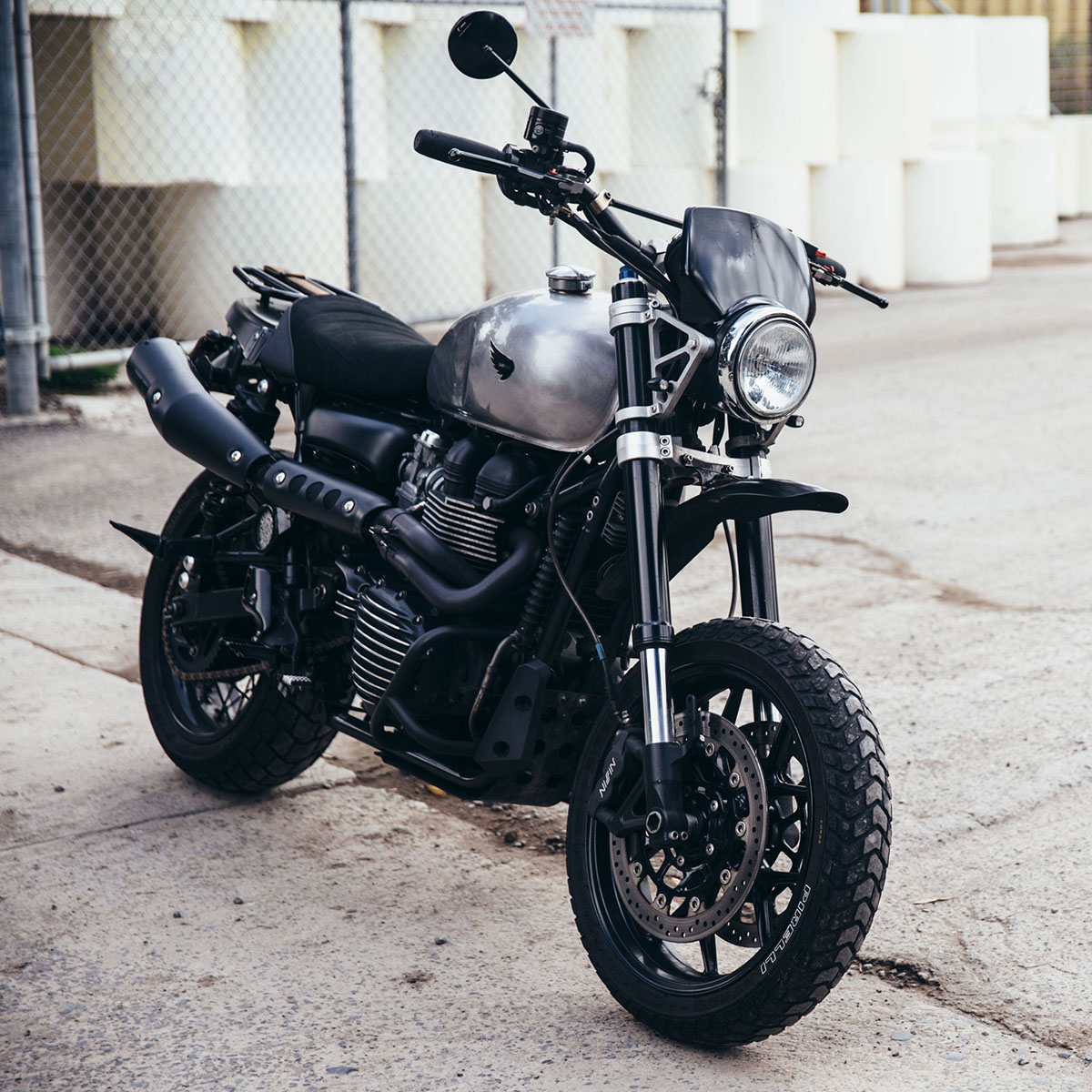 “The build process continued forever, as my tastes changed, the bikes changed with it. From factory to now, its had 3 paint jobs. Each stunning! However my final, for now, decision was to take the tank back to bare metal and clear coat it. Murder out all the other parts to the bike and just go for that big braun, murdered out vibe. It’s an awesome daily.” 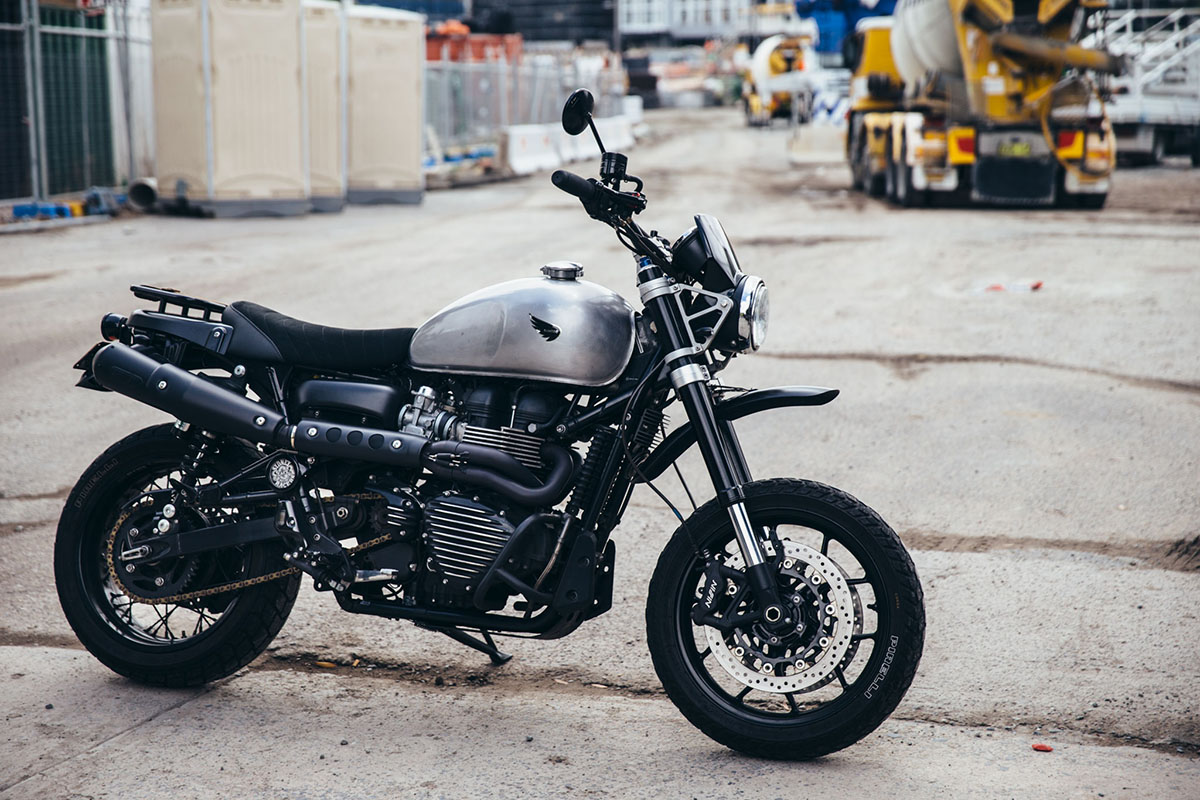 “The work that went into the bike wasn’t overly excessive, I say that because a lot of friends helped out with the build and I did close to sweet FA. The most difficult part would have been grafting the Triumph Explorer front end on which required the help of Darren from DNA Custom Cycles. The entire bike is not a big $$$ build nor did it need to be, It is one of my least defect-able bikes I own from a police perspective, looks great to me, makes me look small and is a well sorted, hoot to ride. Those front brakes are enough to pull up a steam train. Okay probably not but you get maaa drift.”

“My favourite thing about this bike is the 270 degree crank. It makes for such an amazing sounding motorcycle, and by far one of my favourite sounding machines out there. However I do wish it did have the Triumph Bobber 1200 engine in it. Maybe an idea for the future… I also dig the front mag wheel vs. the rear spoked. It always pisses off my autistic mates.” 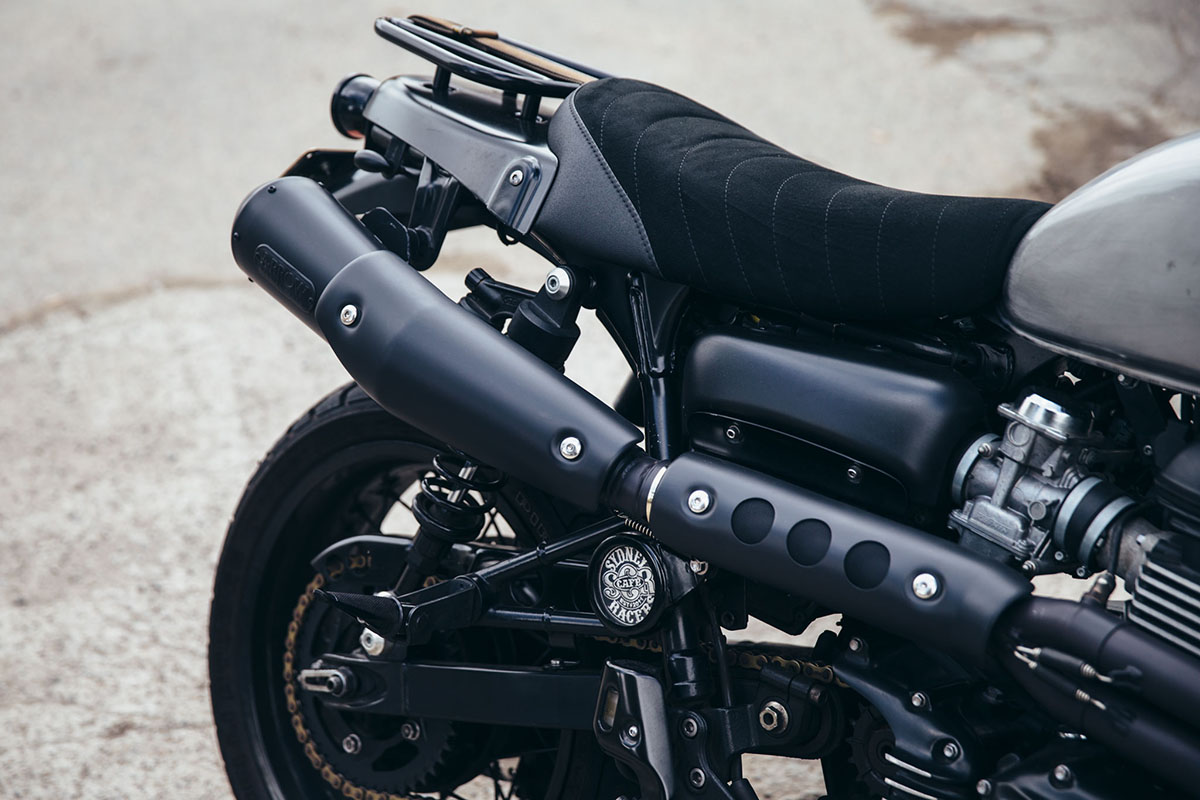 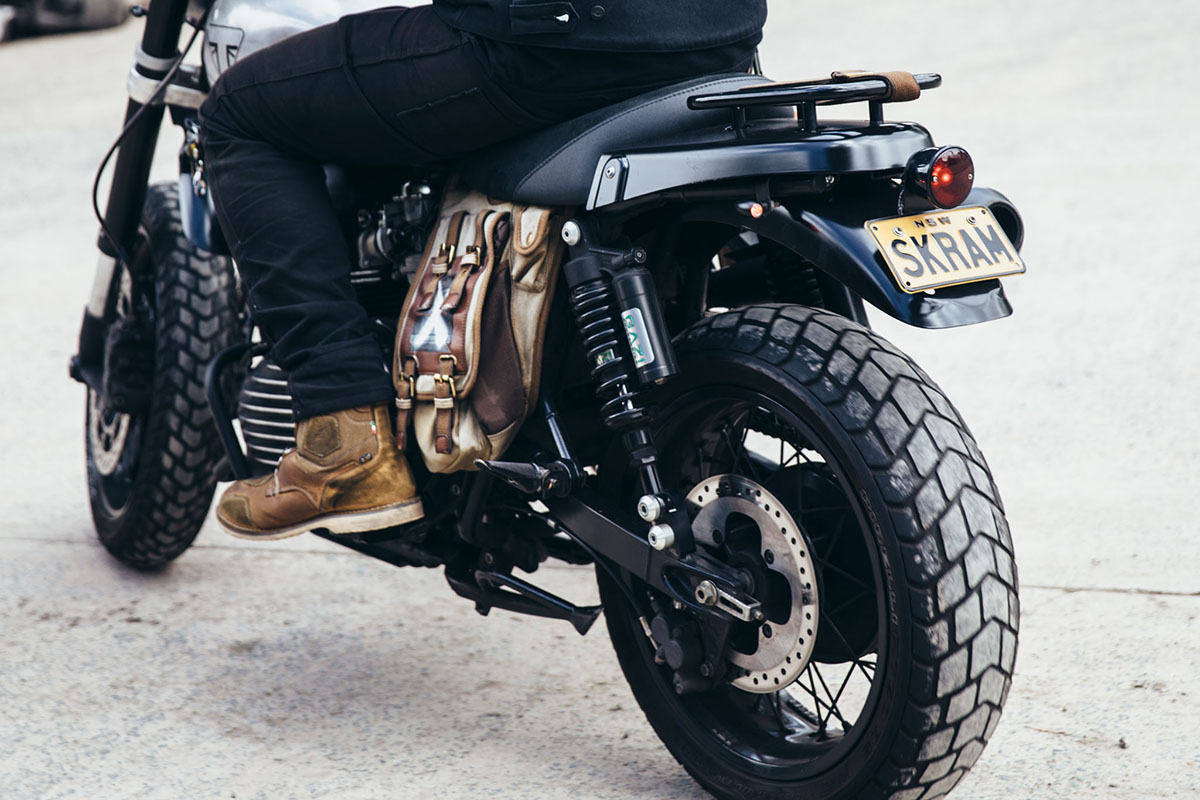 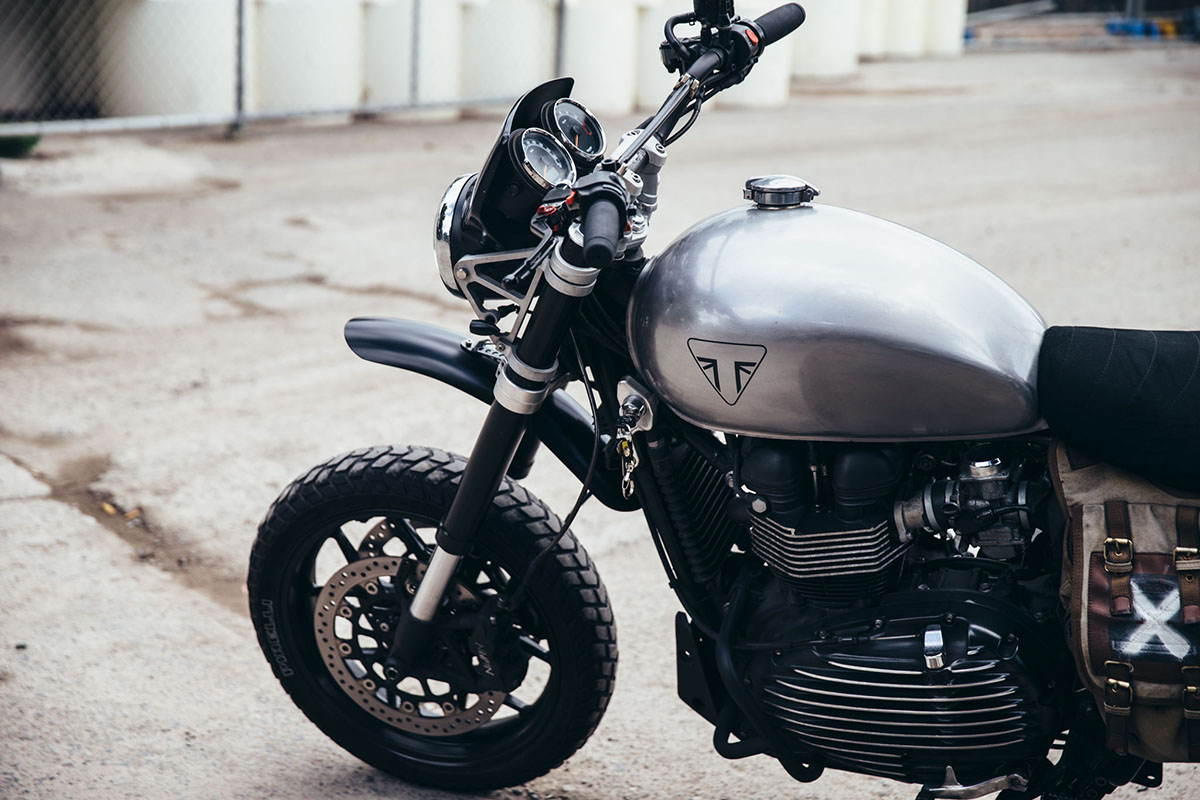 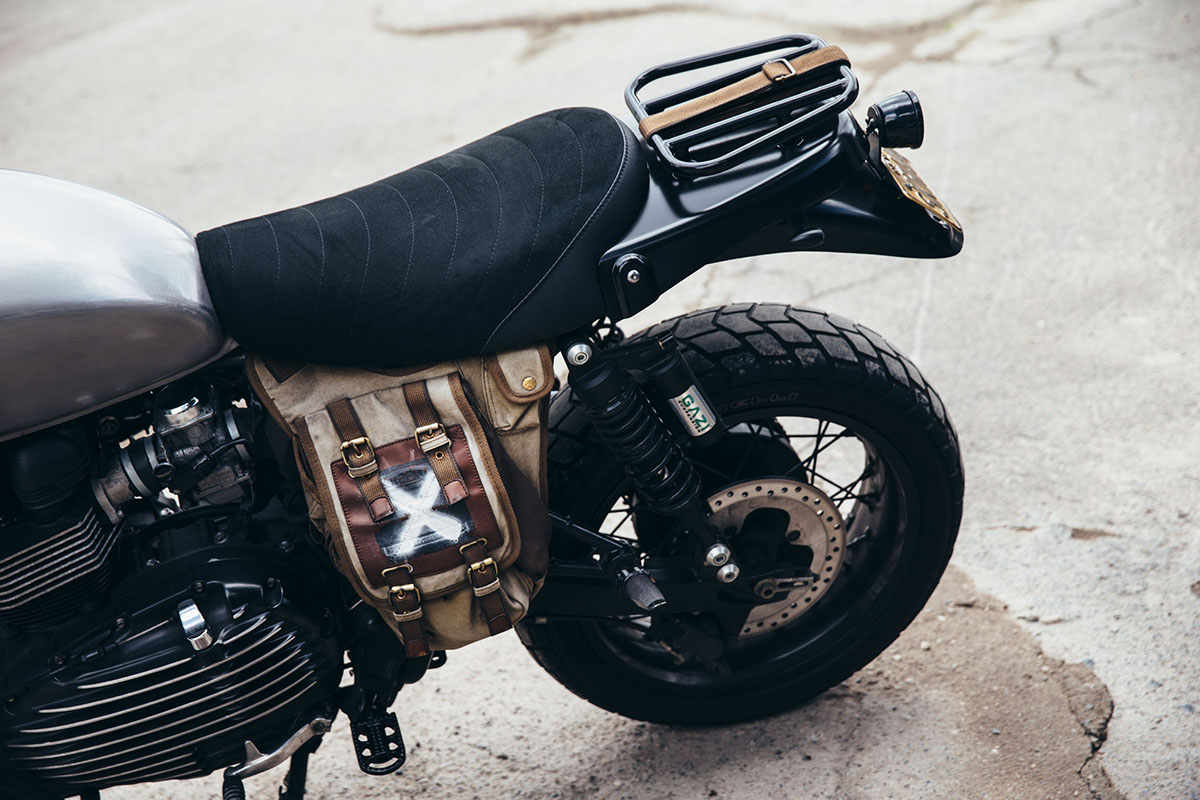 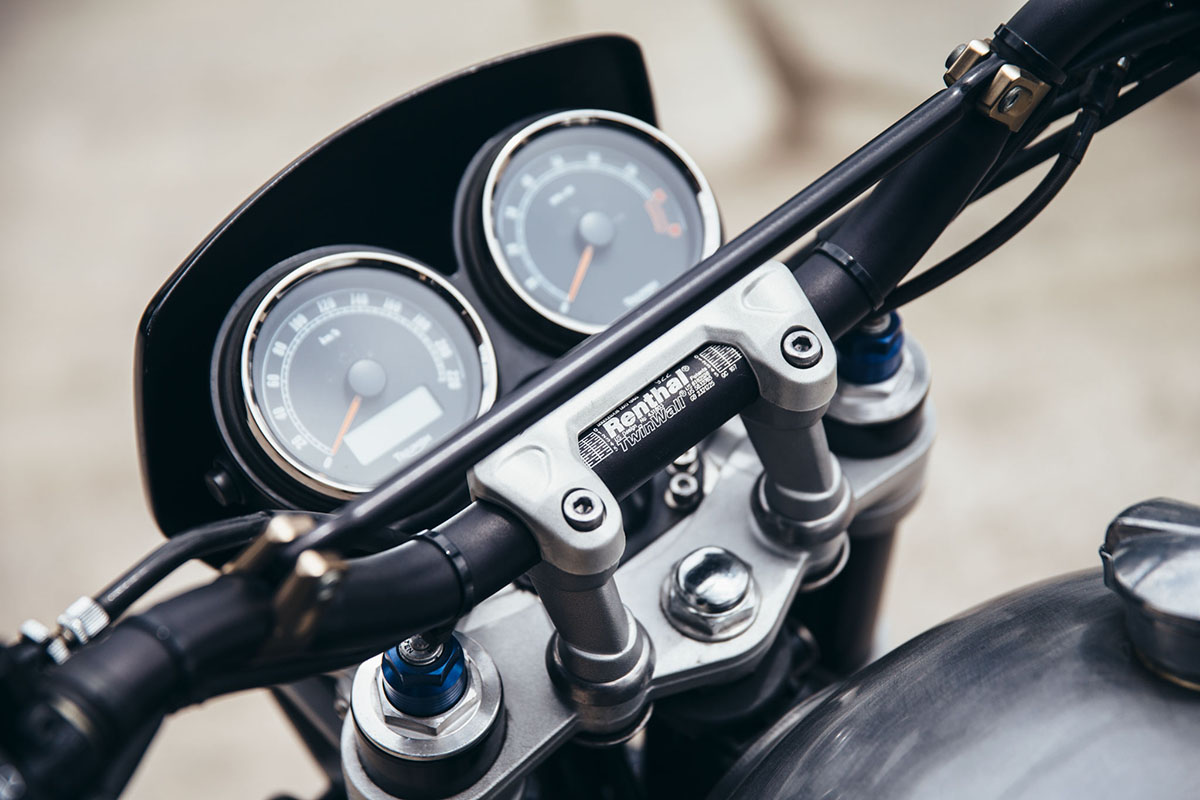 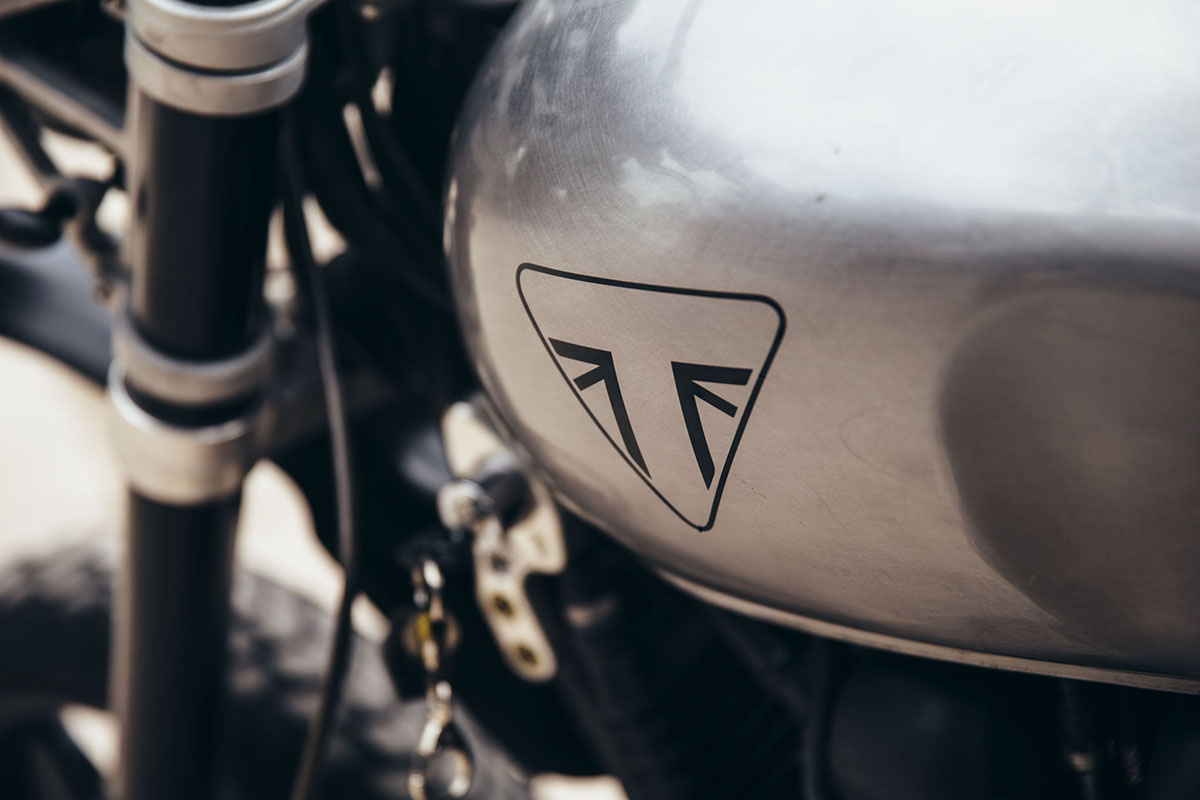 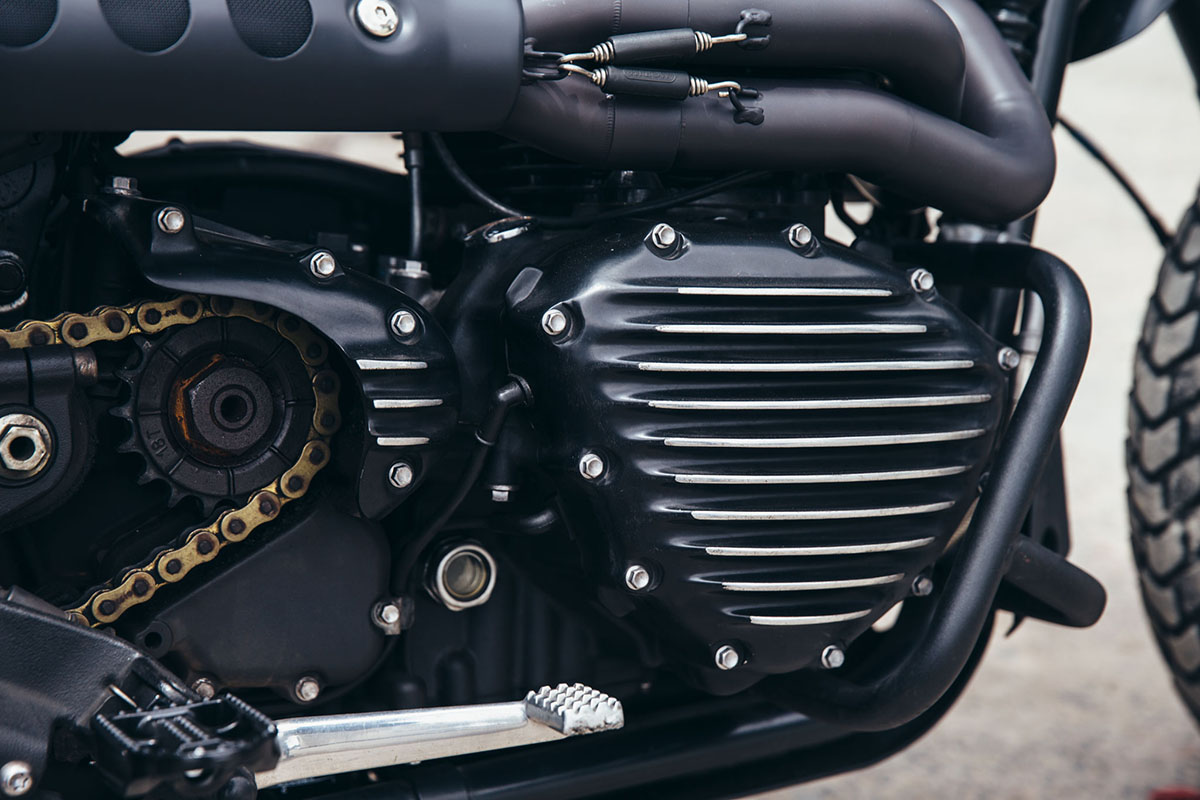 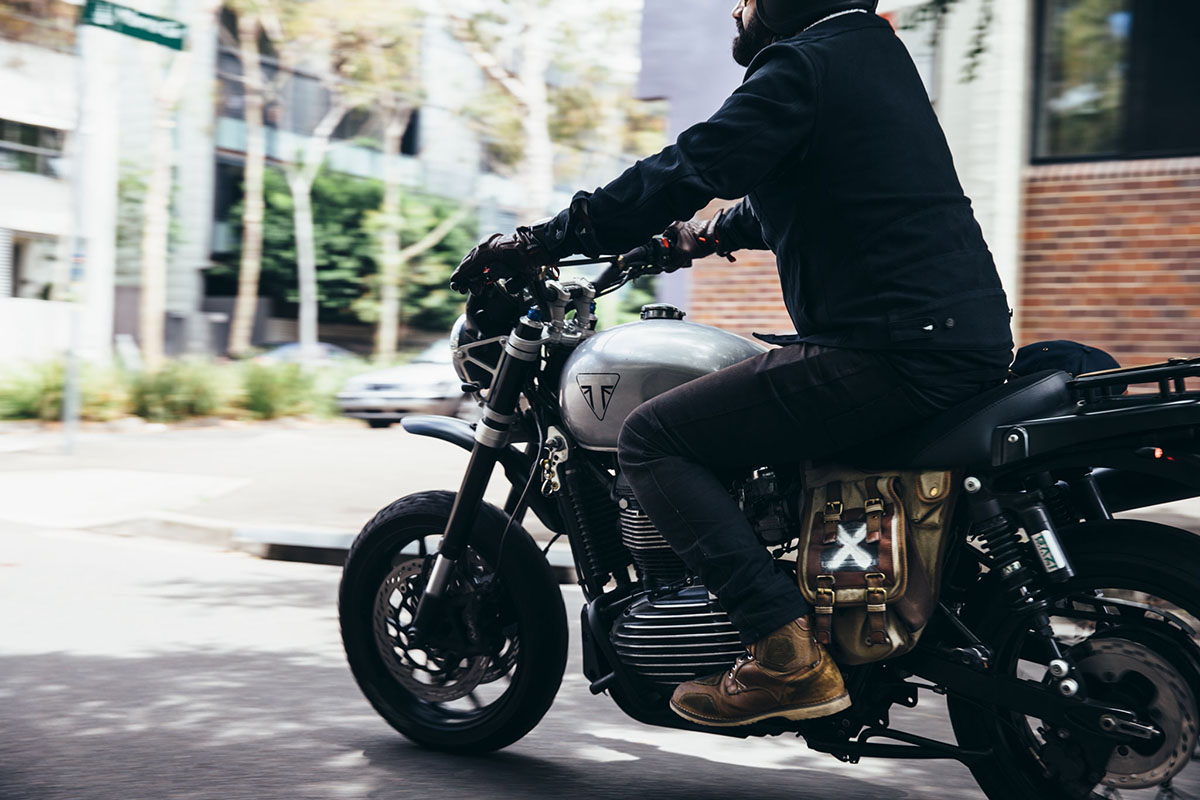 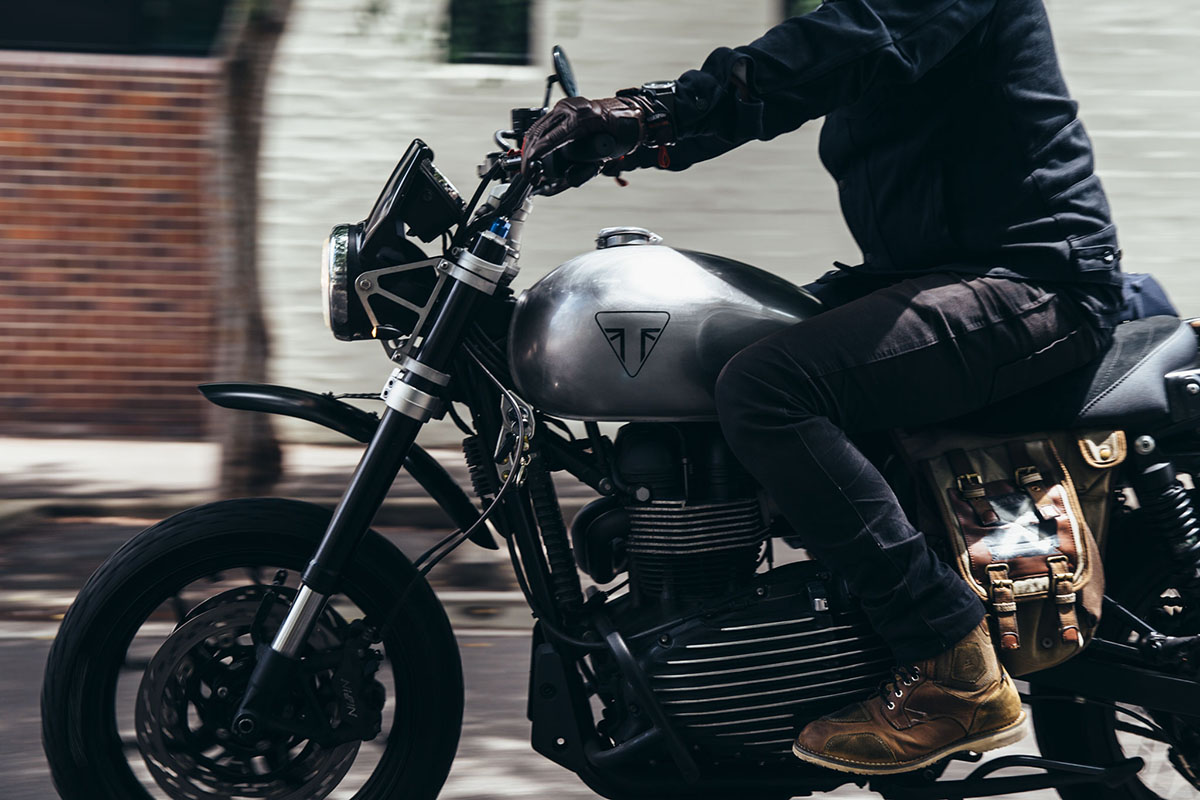 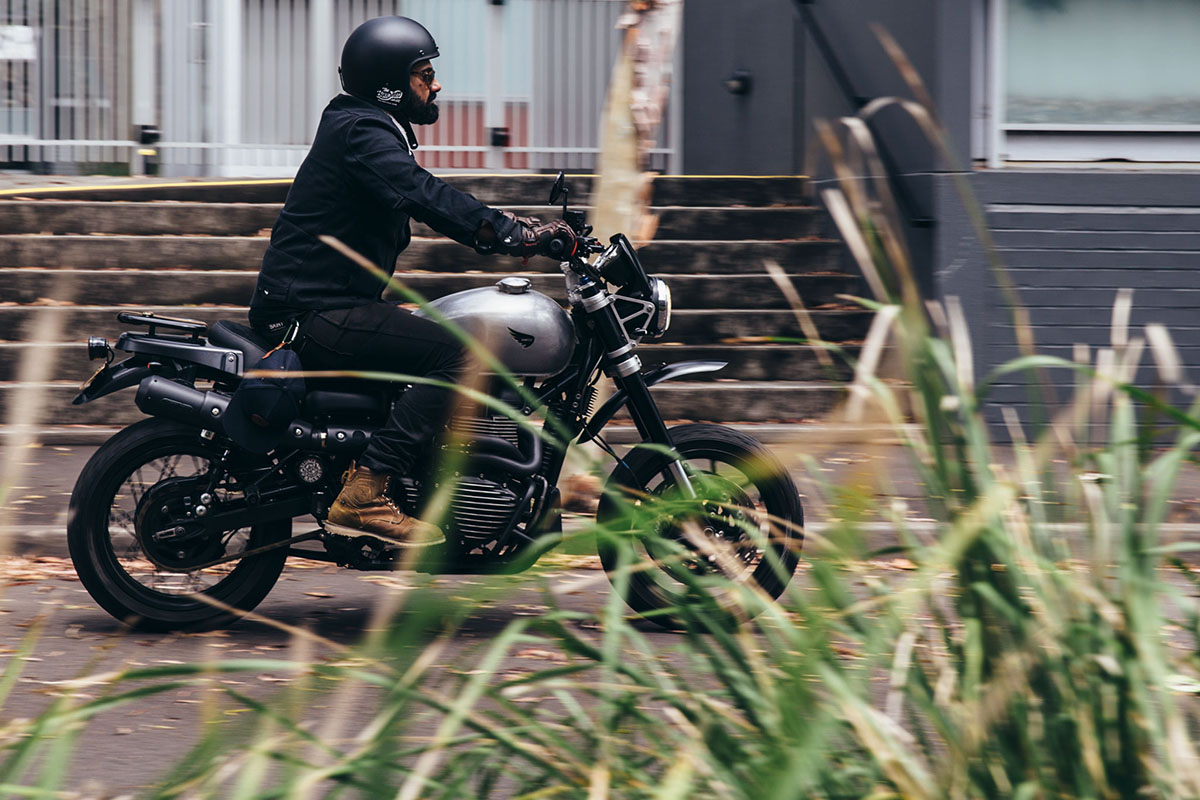 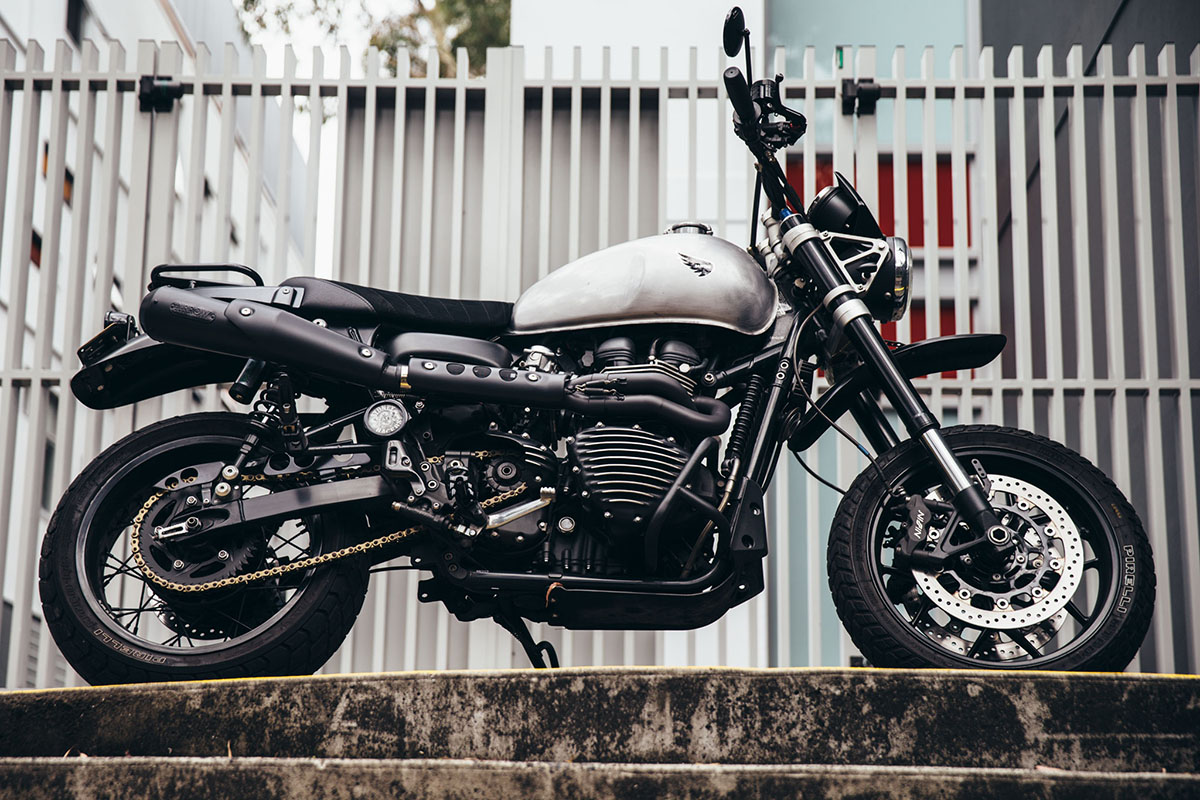 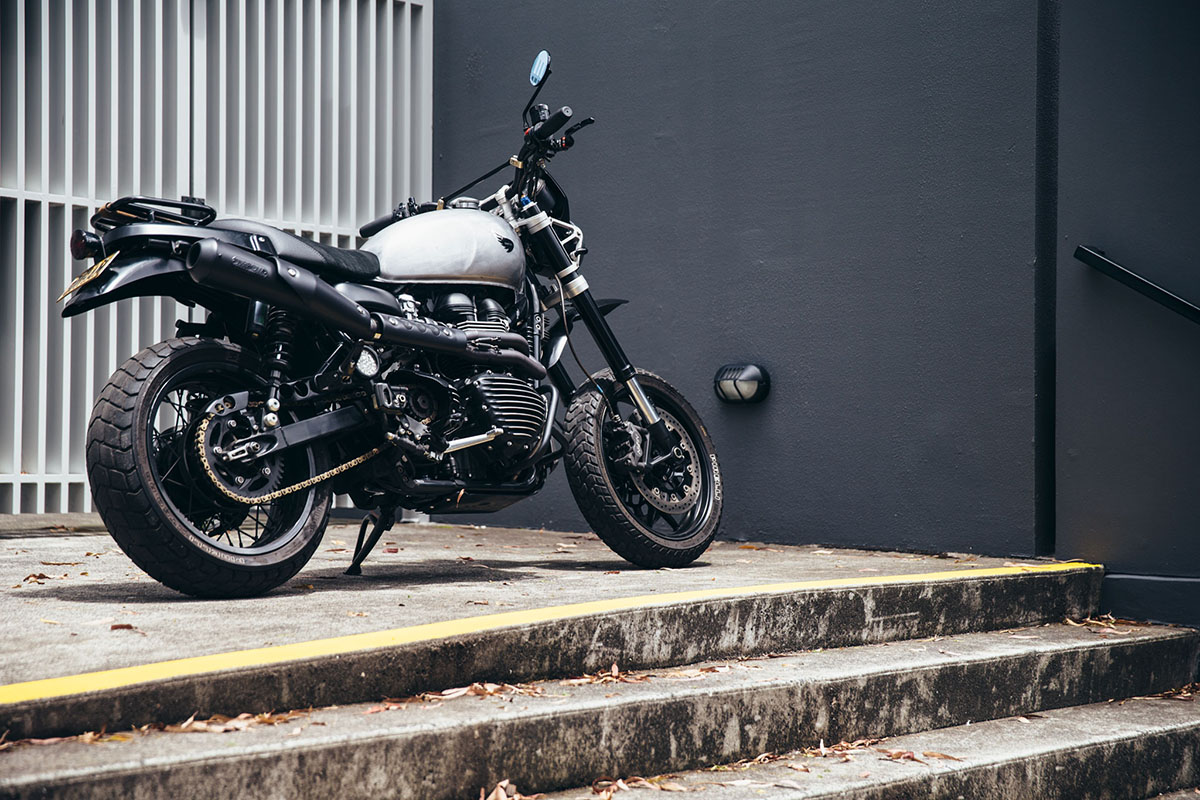 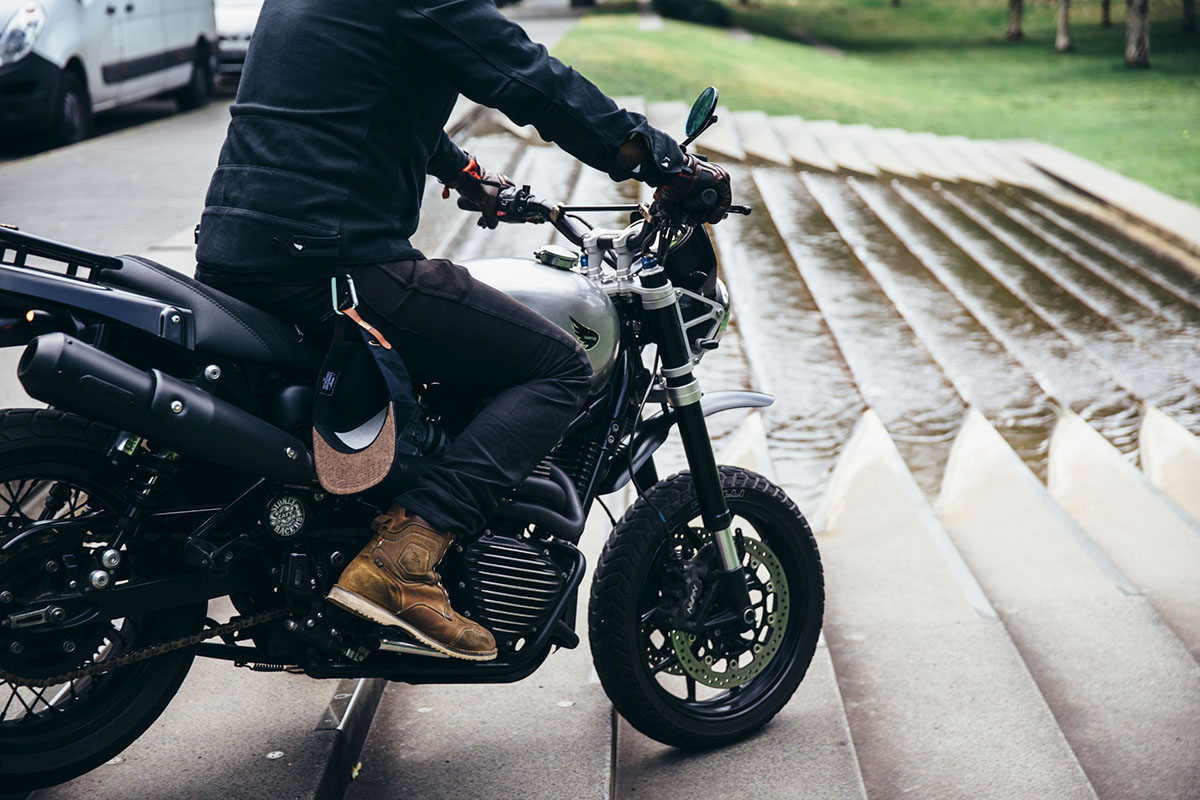