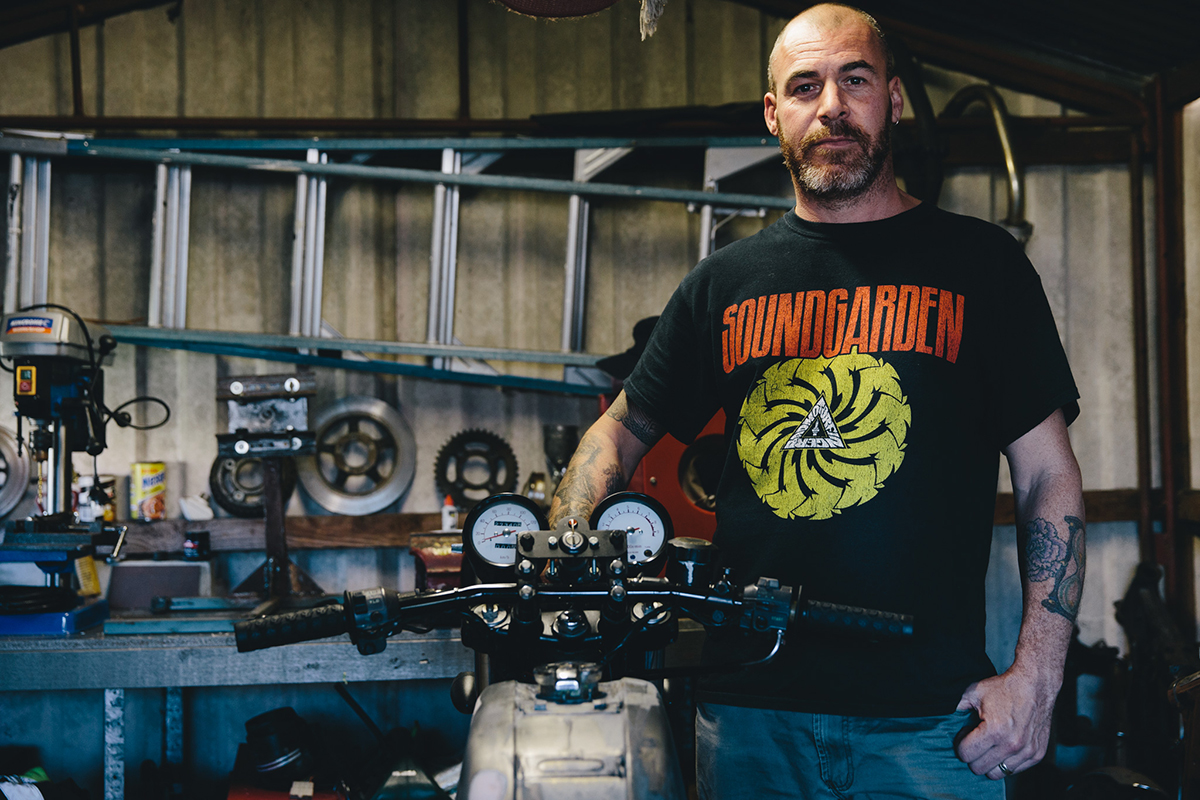 At the age of 15, Mark would buy his first bike which he still owns and works on today. What is unique however in Mark’s case is that despite still having such a passion for motorcycles and working them, he hasn’t ridden in almost 15 years! You don’t need to be on the road to still be immersed in the bike world, but hopefully that will all change with the completion of Mark’s current project. 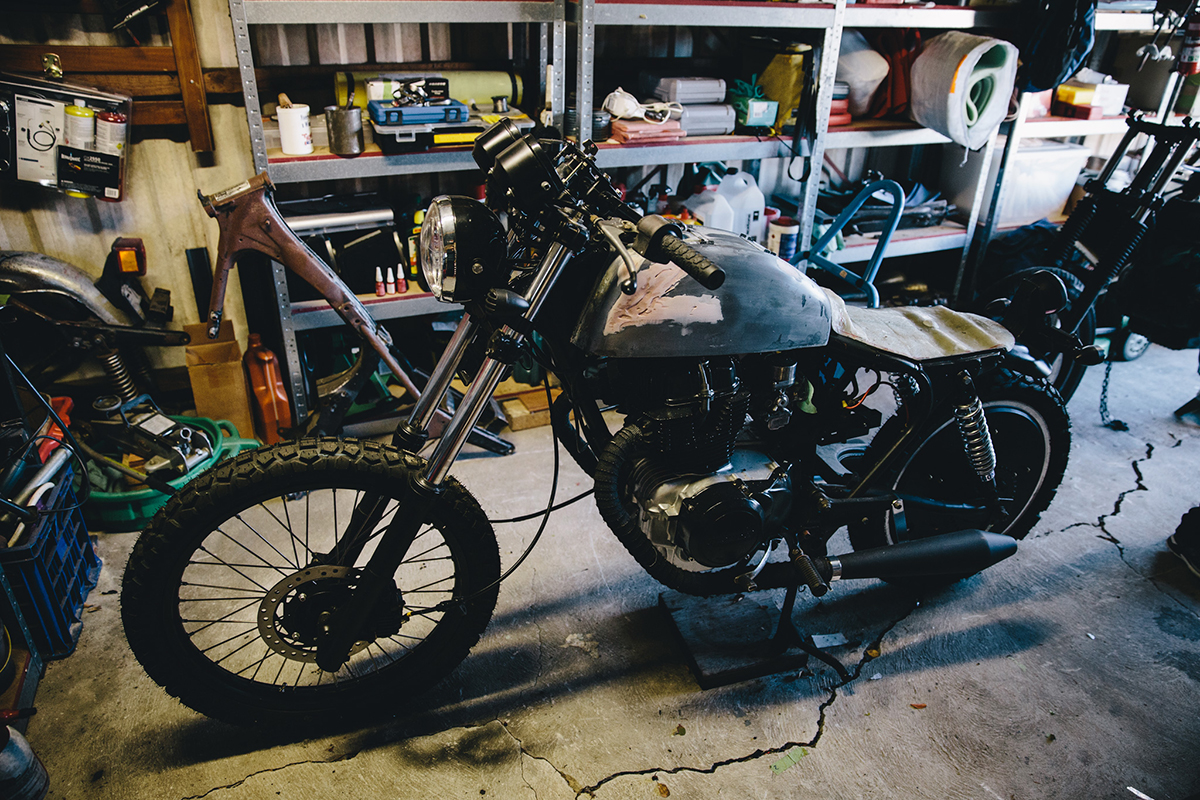 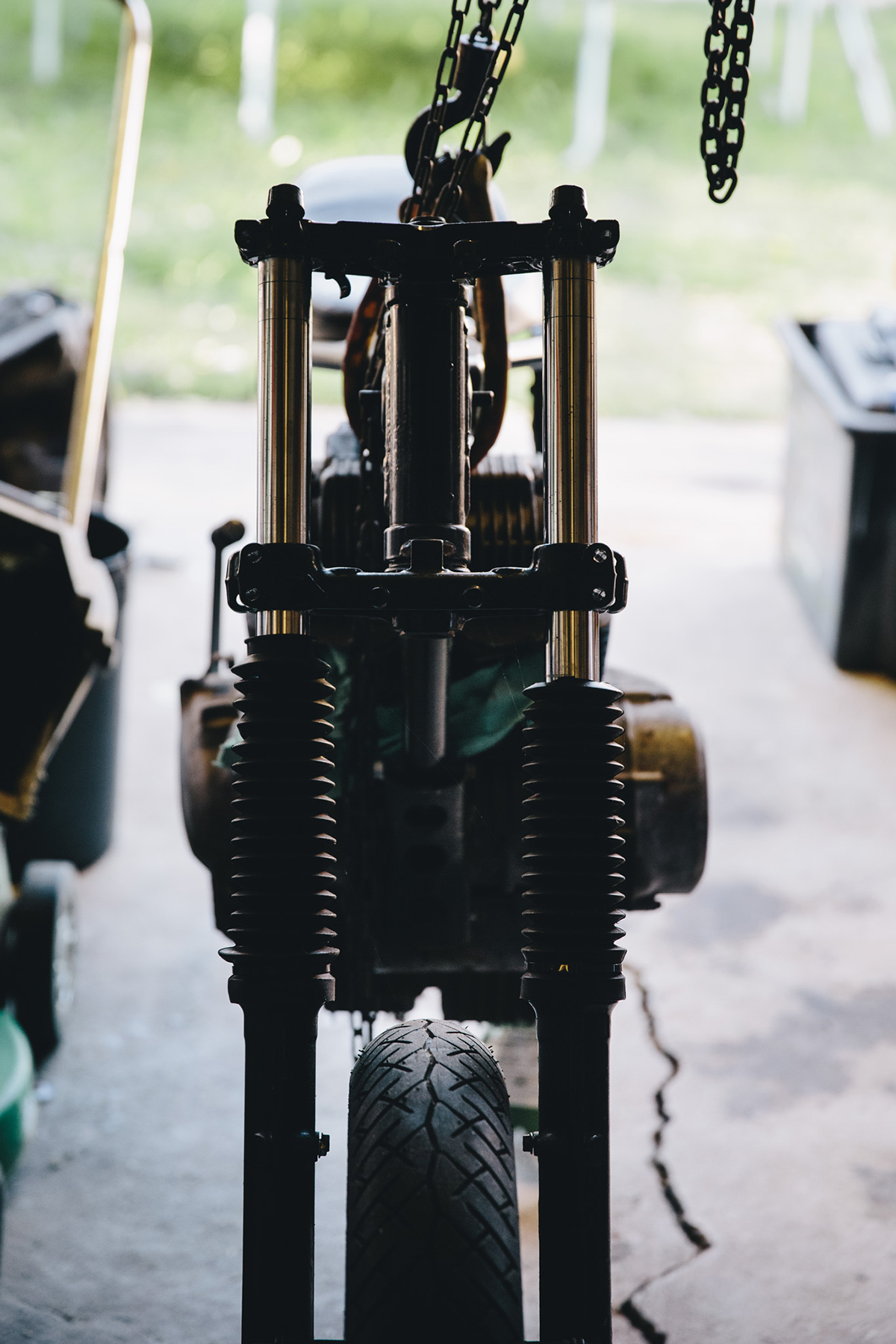 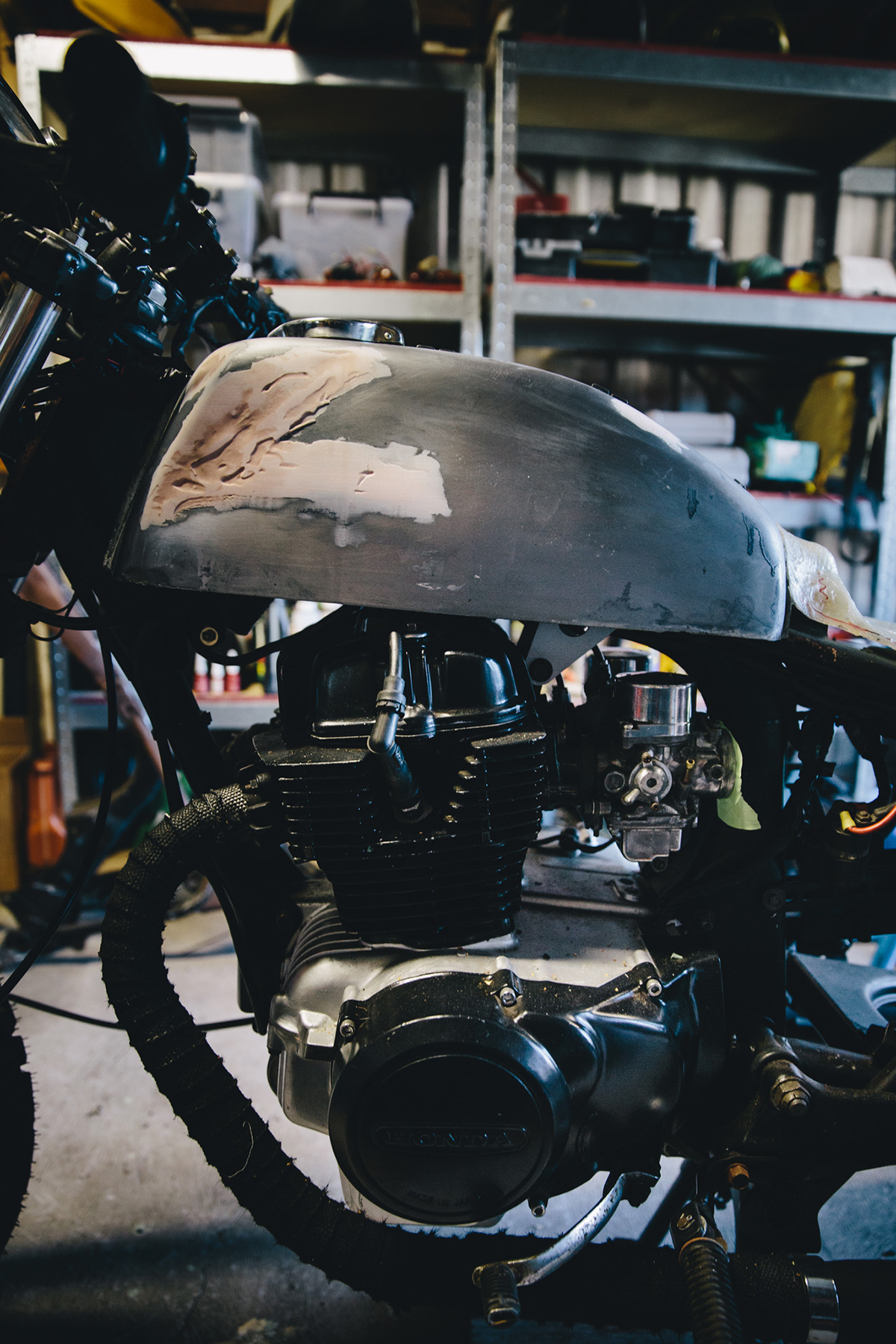 Like most kids of his generation, Mark grew up with dreams of motorcycles swirling about his melon as he would don his mothers old motorcycle helmet as a child and mimic the sounds of a 2-stroke whilst pretending to ride about. This in turn would evolve into pegging a playing card to his pushbike to simulate the sound of a motor, as was tradition at the time. And finally of course, every Christmas he would beg and plead for a mini bike of his own. It would not be until the age of 15 that Mark would get his first proper wheels however. “When I was 15 the school I was at only went as far as year 10, so I had to find a new school to continue with year 11 and 12. I was lucky that school I had found had Automotive Technology as a subject. One of the prerequisites before the school term started was that I had to find a relevant project. This was my chance to finally own a motorcycle! So over the Christmas break between years 10 and 11, Dad and I drove out to Liverpool motorcycle wreckers and I finally had my first bike.” 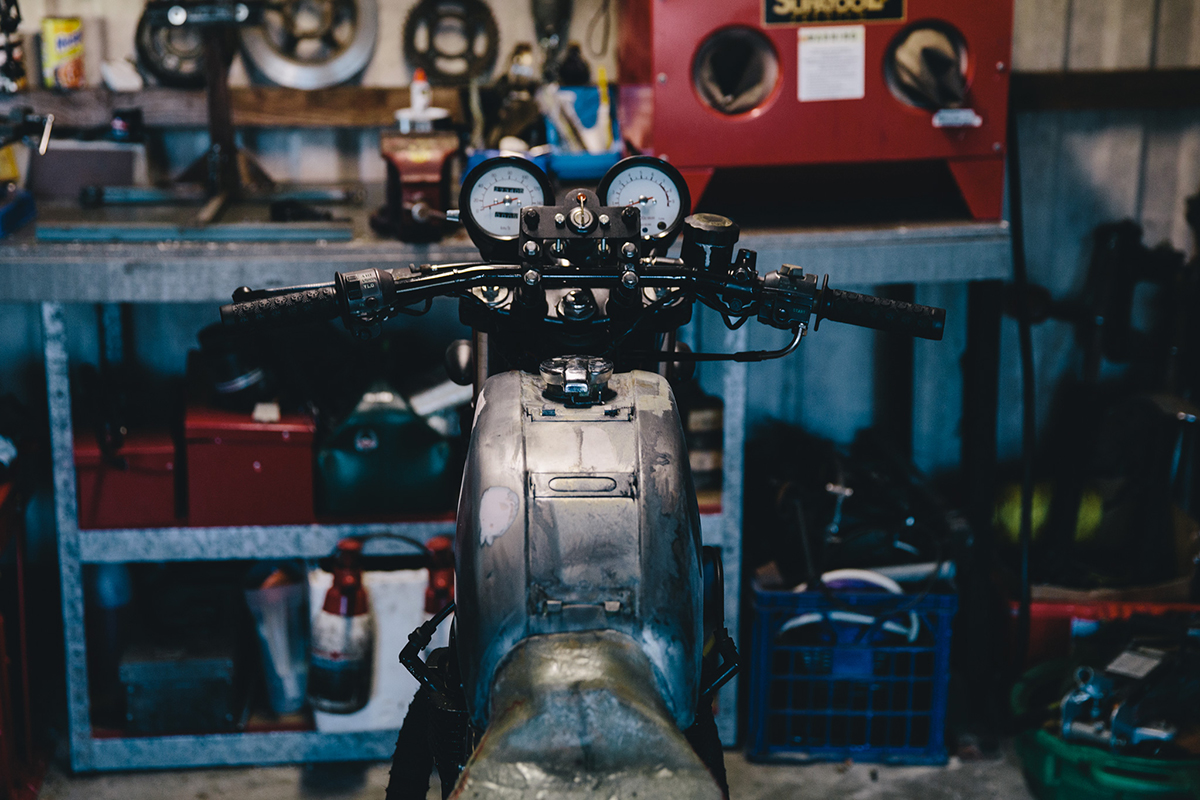 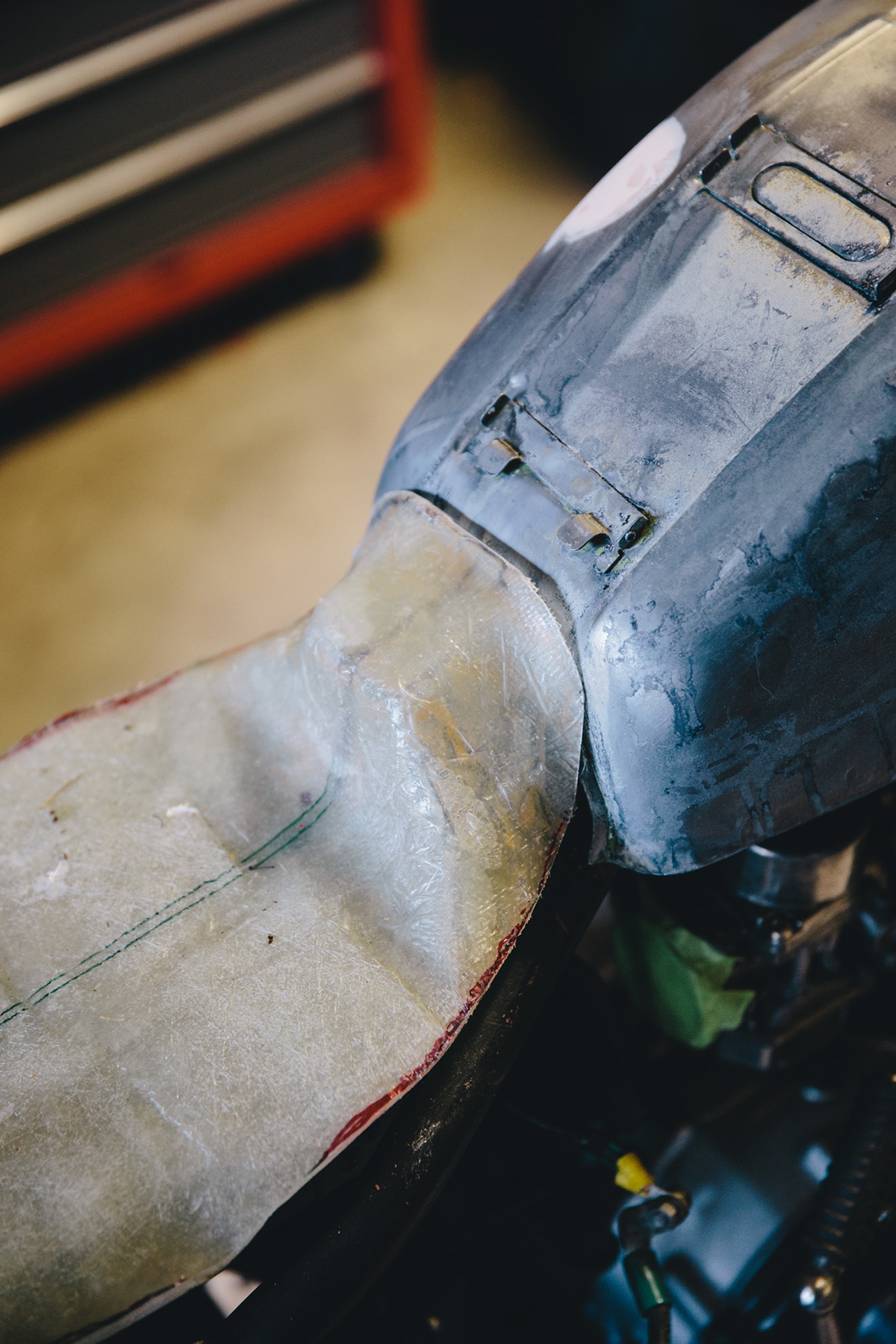 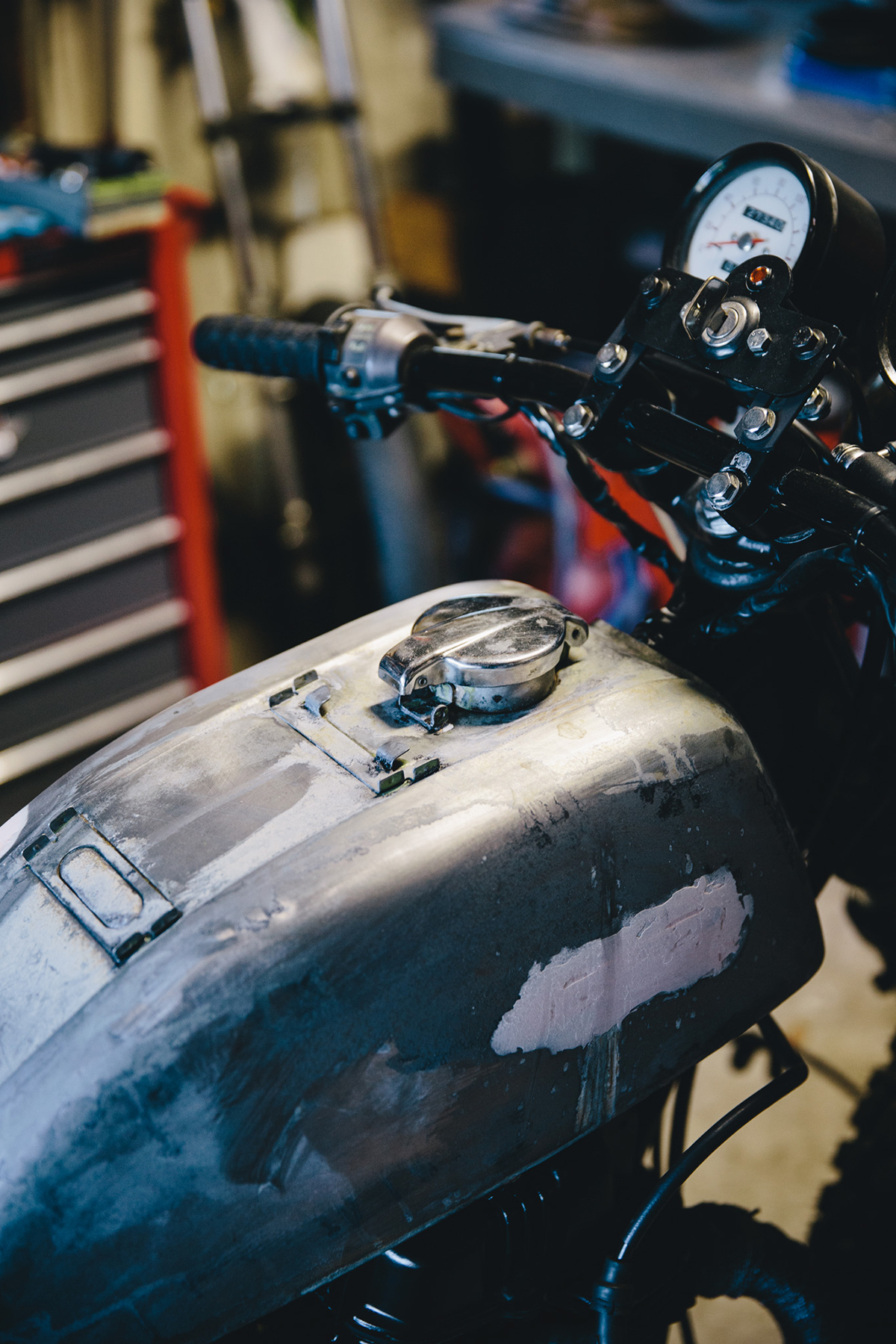 Now at the age of 15, Mark was the proud owner of a 1978 Honda CB400T – something that would no doubt be the envy of any boy his age. “I would wheel this thing out of the garage, stare at it and sit on it while I imaged it all fixed up and running. The only thing was that I didn’t know how to ride! So when I turned 16 and 9 months I got my learners permit. My Grandfather then drove me to a local motorcycle shop with his trailer in tow and I picked up my first running and registered bike – a 1985 Suzuki TS185. I was finally riding and living the dream!” 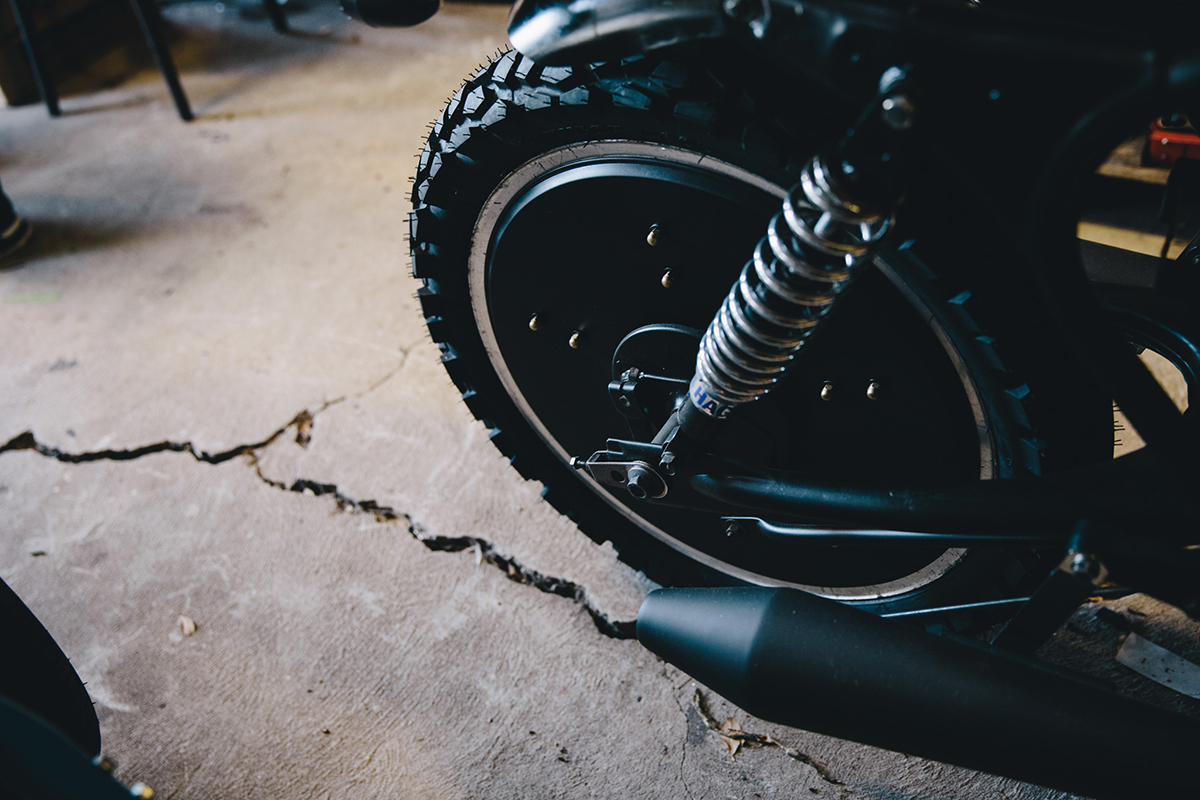 The Honda CB400 that Mark initially purchased would be not forgotten however, as his wrenching side to motorcycles would still receive plenty of attention. Over the next 2 years, the CB400 would be given a ground up restoration in his school workshop. Once graduated, Mark sold his TS185 to his woodwork teacher and finally got the CB400 registered and on the road. From here the bike would be his main form of transportation. 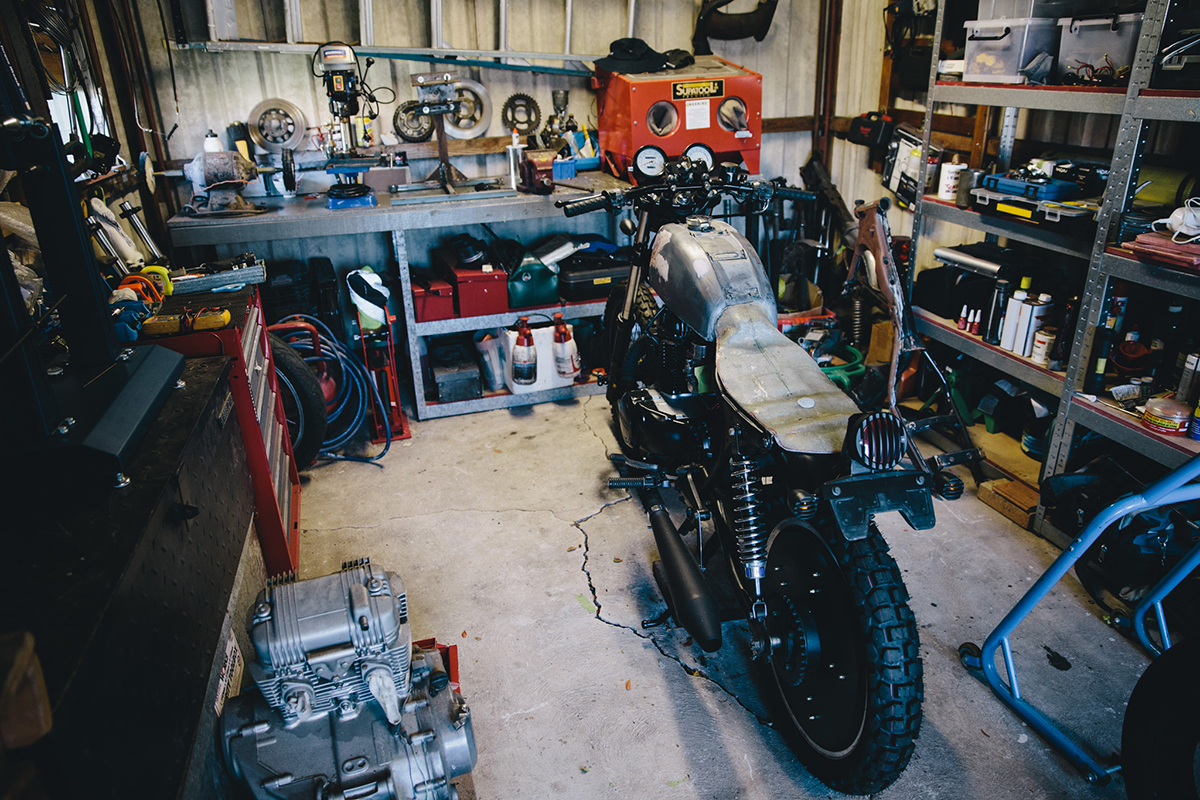 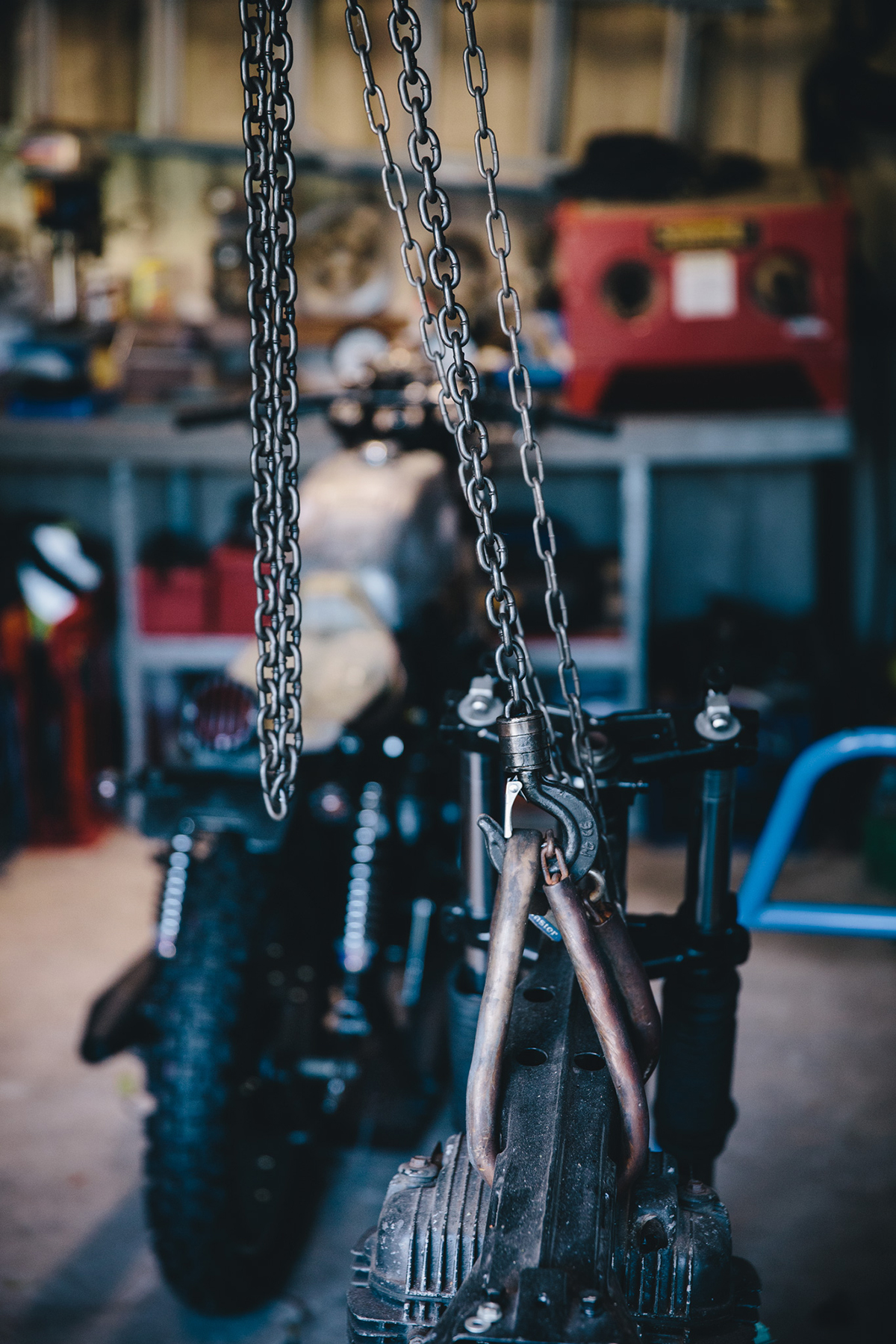 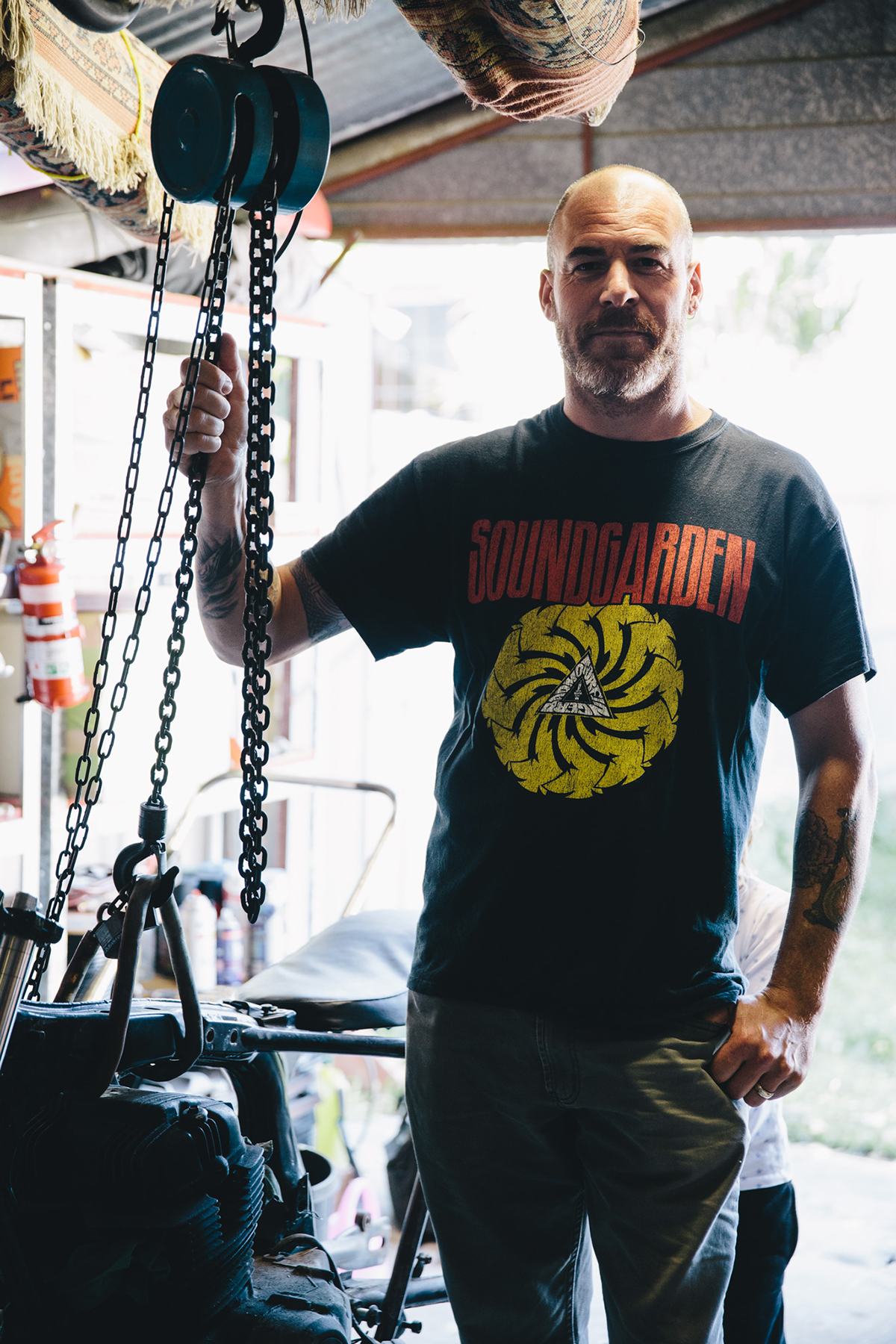 Fast-forward to a slightly older Mark, a lively 24 year old who no doubt only owned ‘90’s rock band t-shirts and had owned many other bikes by now, but still held onto his first machine, the 1985 Honda CB400. “When I was 24 I met a girl named Kelly, this girl would end up being the love of my life, my wife and the mother of my beautiful twin girls. When we first met I was riding my CB400, but she would never get on the back of it. She had gone through a horrible time with an ex-boyfriend who had a very nasty accident on his motorcycle that had left him a paraplegic. So, when the rego had expired on my bike I made a decision and parked my trusty steed in my folk’s garage and covered it up with a tarp. There the bike would sit for the next 5 or 6 years.” 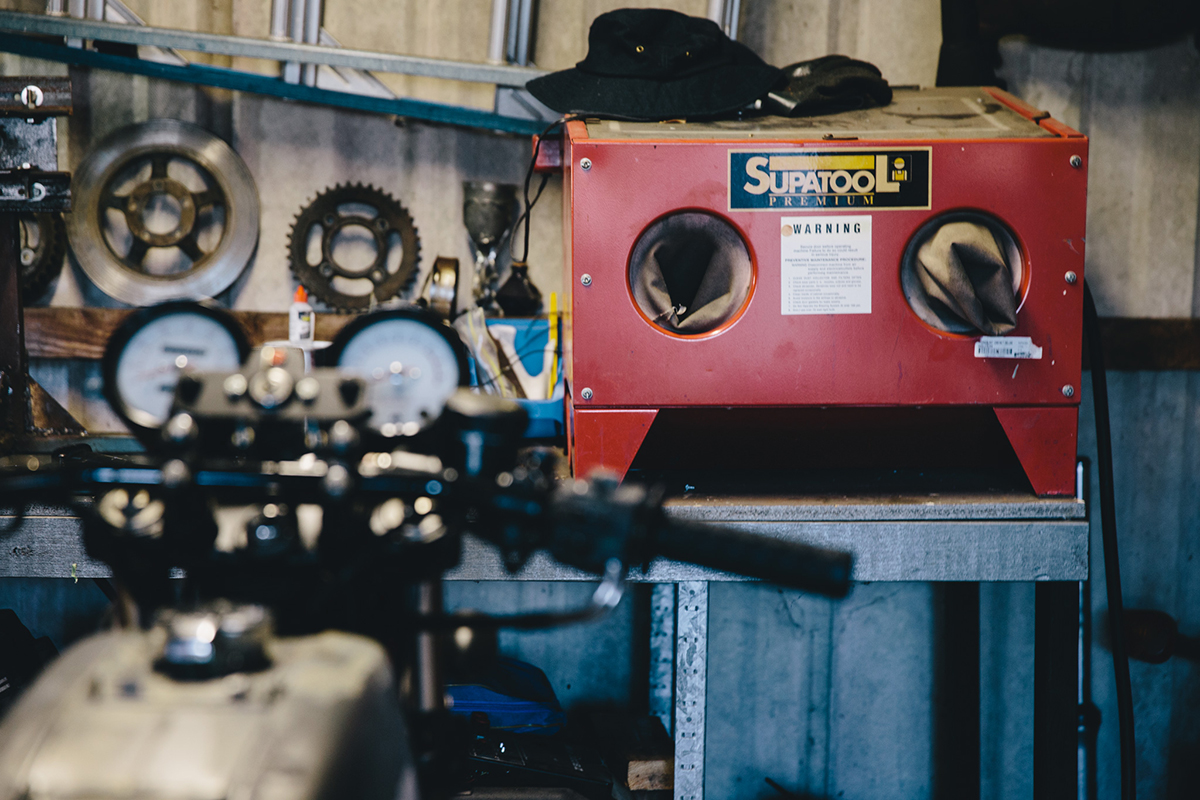 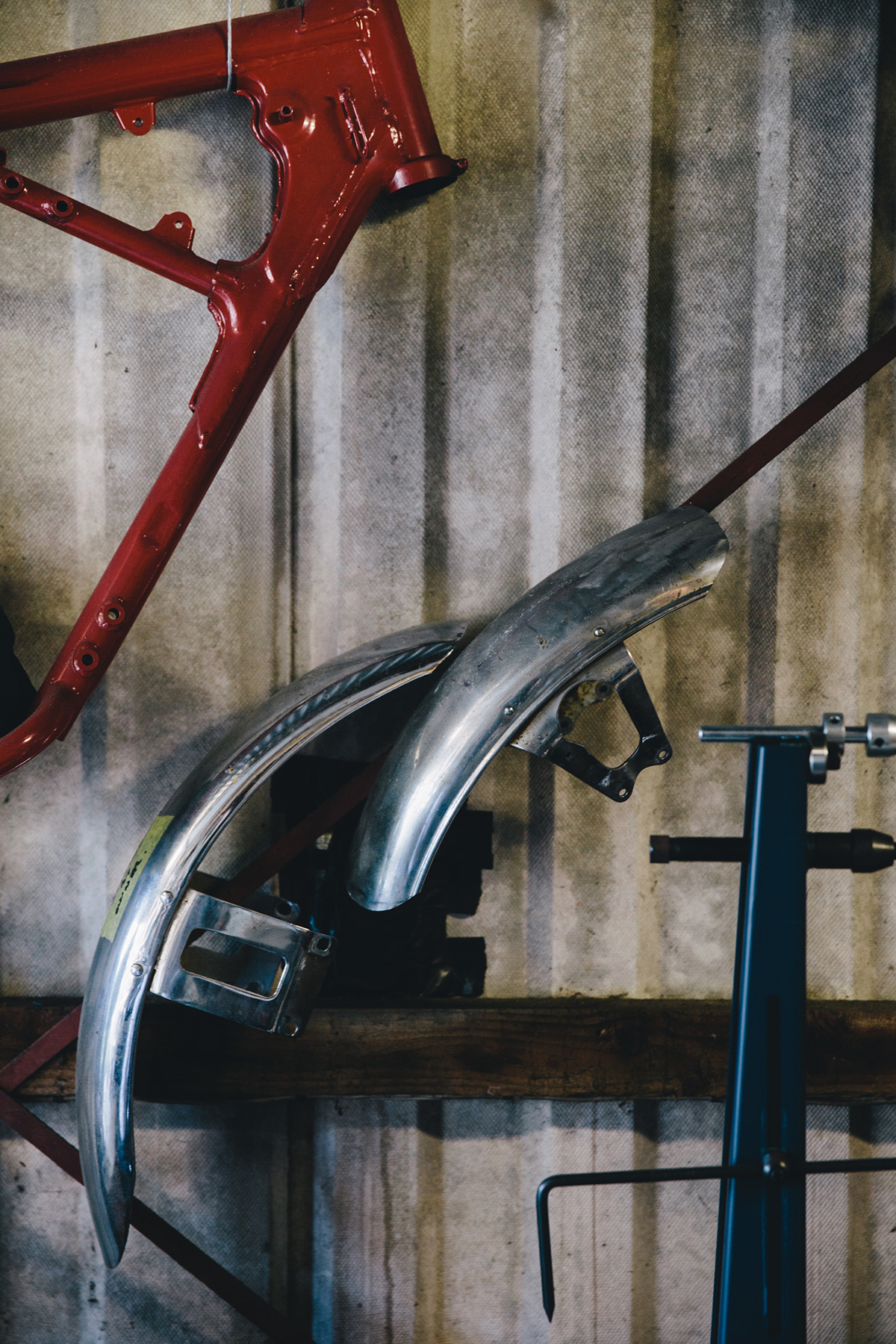 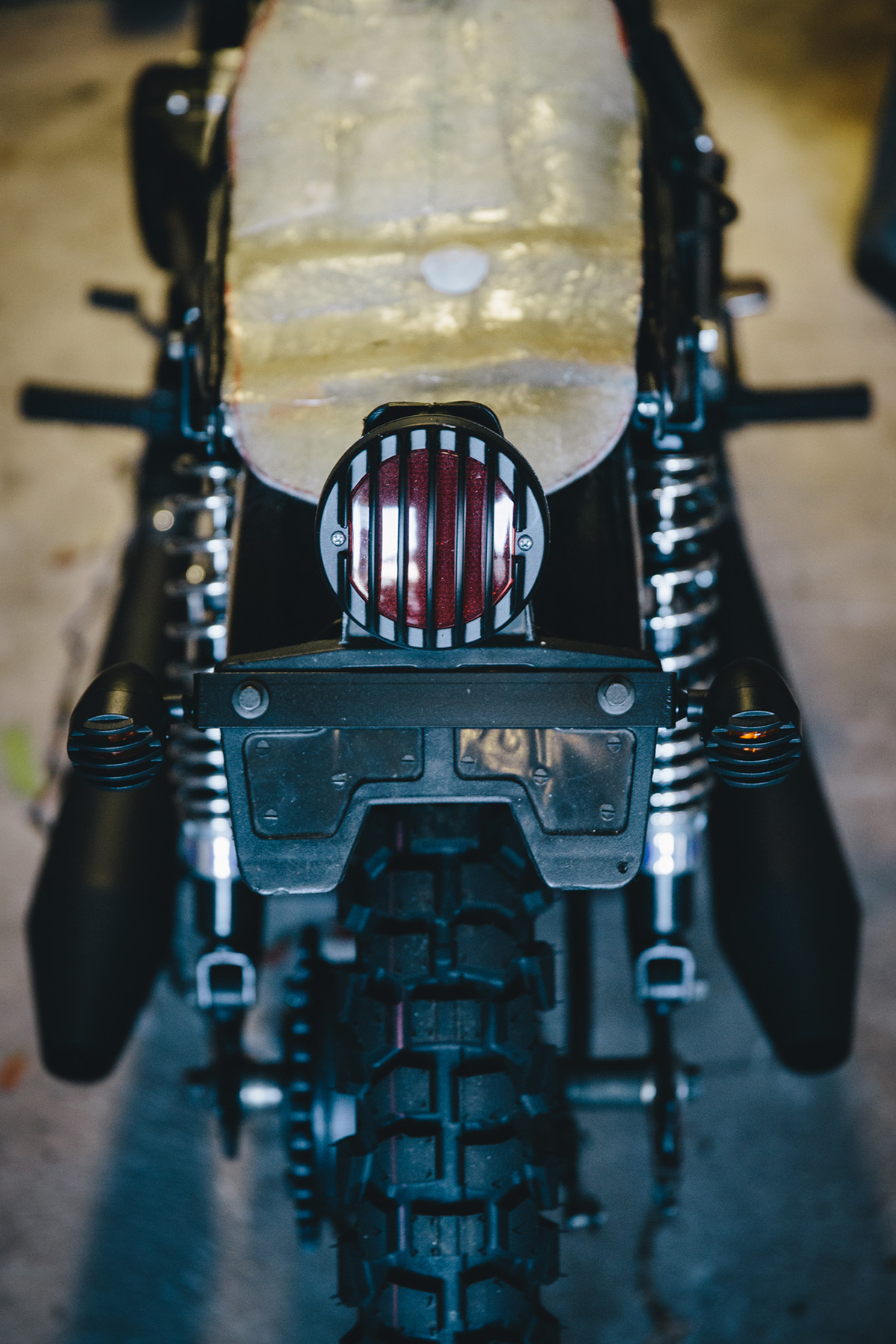 The Honda would not sit undercover forever, and soon Mark would be heading back home to see how his first mechanical love was doing. “I started stripping the bike down, and I’ve gotta say that the years had not been very kind to my beloved bike! So I started searching for a donor bike, which is where I found a 1978 Honda CB400T for 400 bucks, which brings us to my current build. I finally also had a place to work on the bikes with our awesome shed out back, plus I had finished my apprenticeship and was now a qualified heavy vehicle mechanic. I started with stripping and rebuilding the carbs, and then I set about teaching myself to weld and made an engine stand so I could easily work on the engine. I’ve been working on this bike for about 2 and a half years now and it’s the second time I have built a bike – the first being at school with lots of help from the teacher, so this time around I really wanted to do everything myself.” 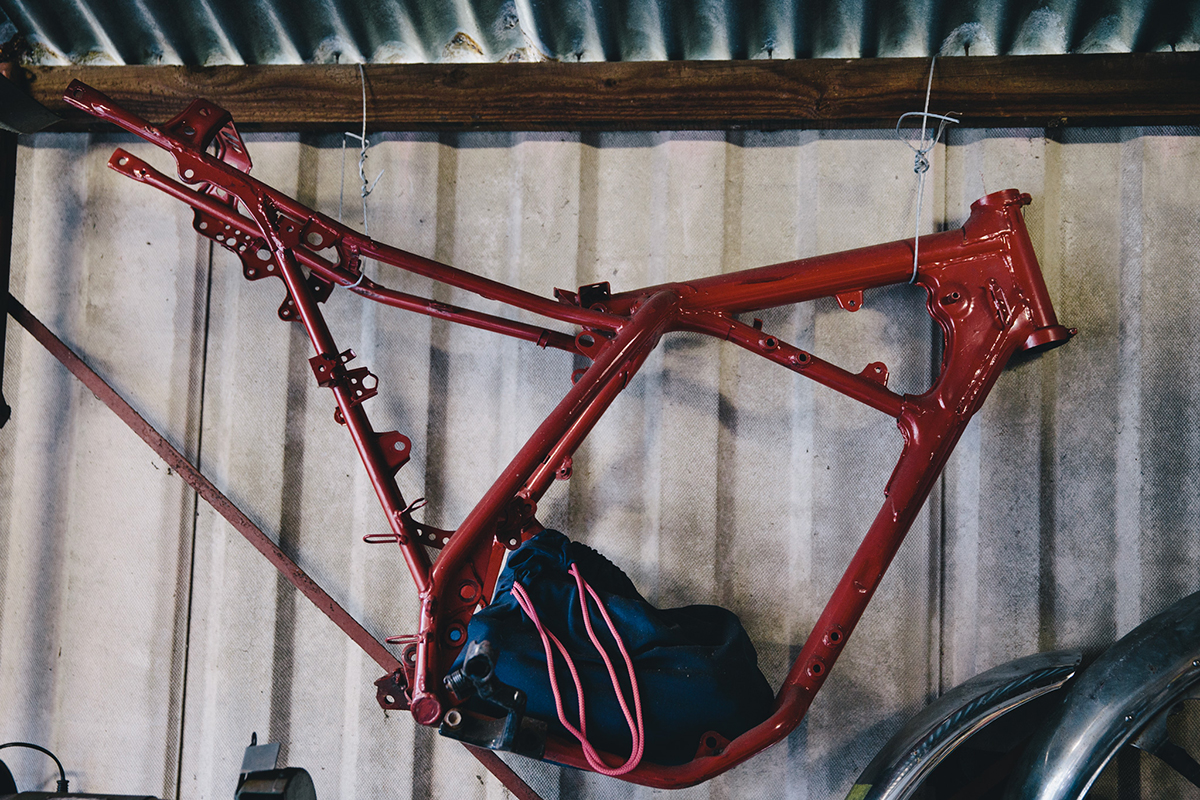 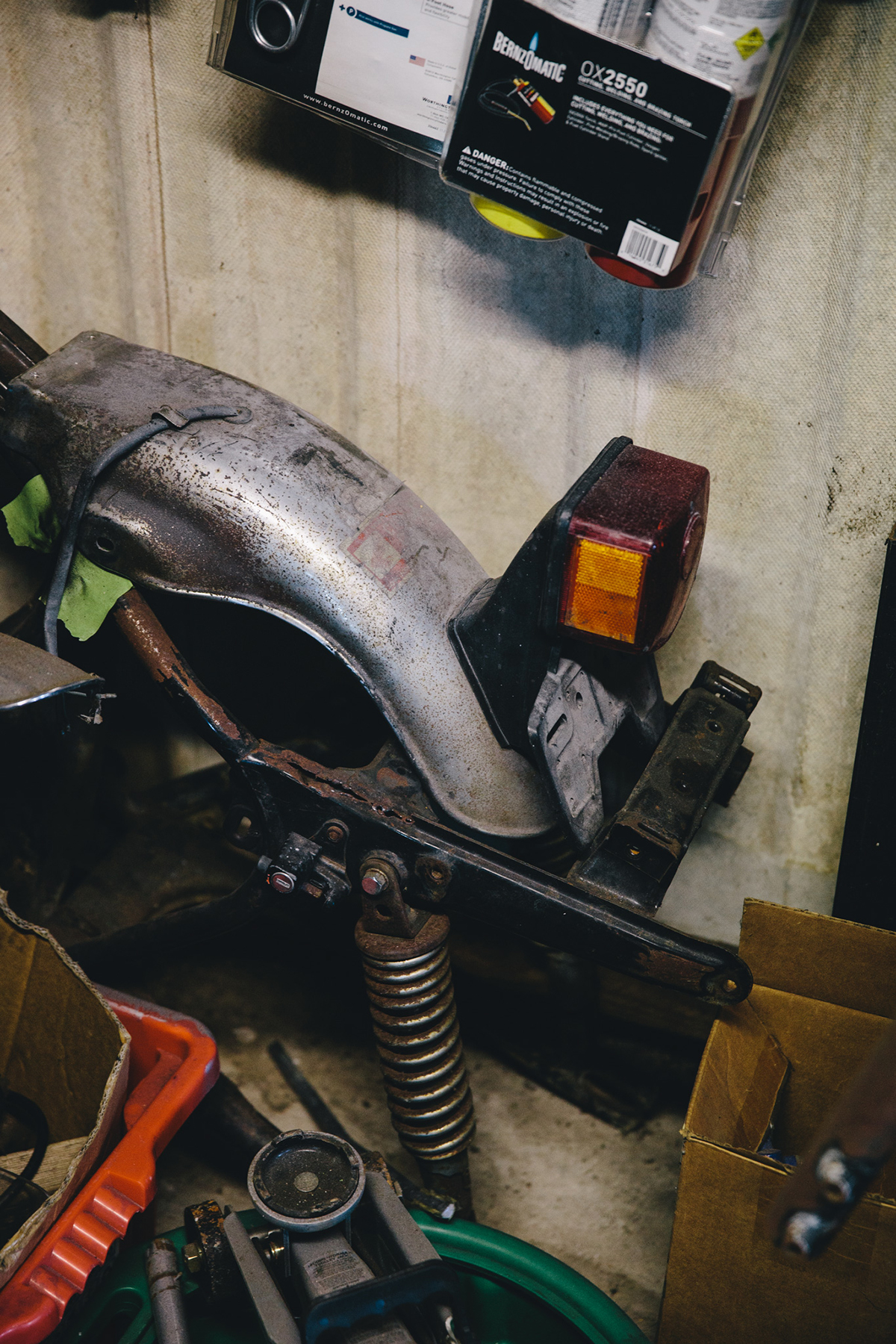 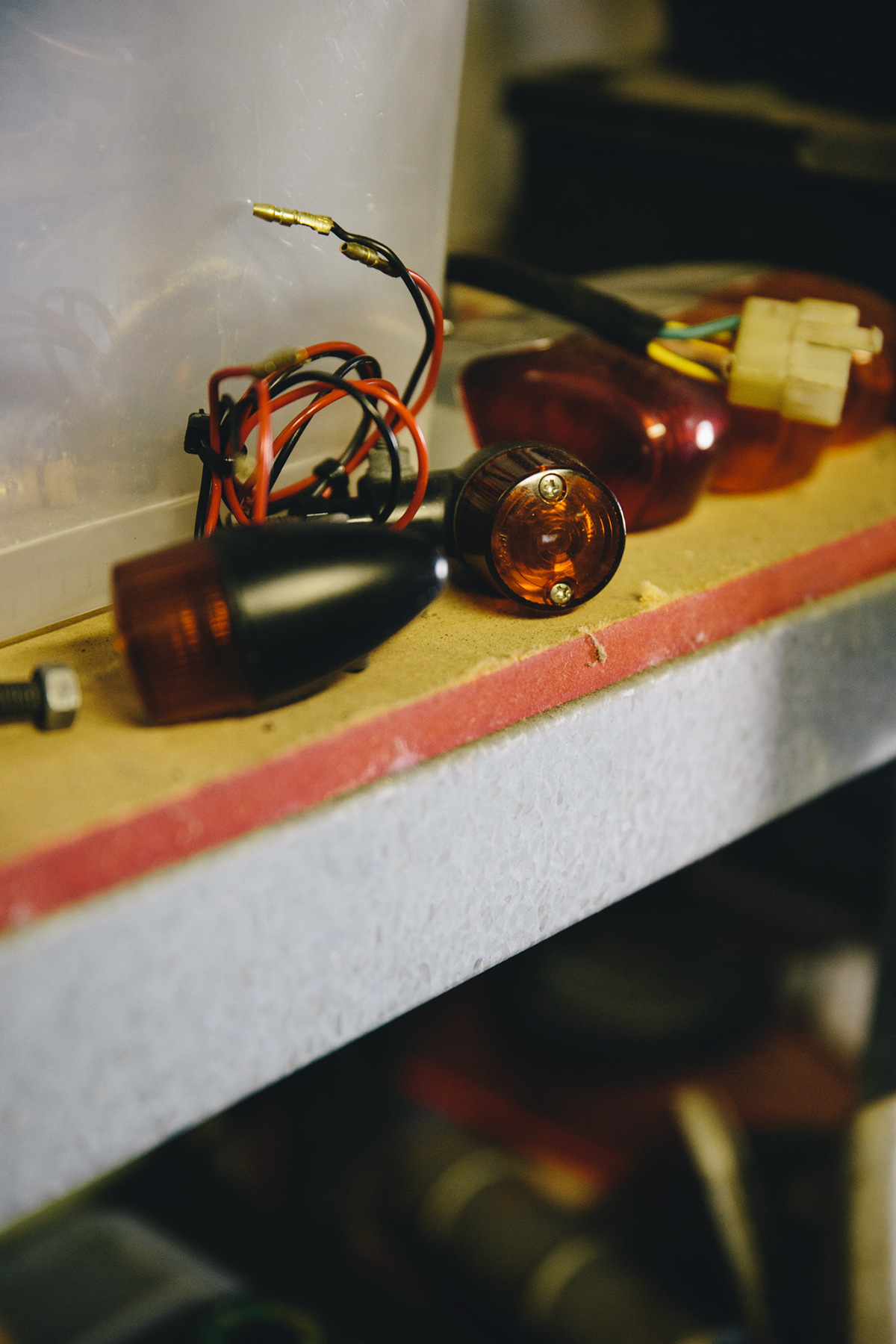 So now you’ll find Mark in his shed each week, working on getting his Honda CB400 on the road so that he may one day ride again – and we’re hoping bloody soon! “It depends what shifts I’m working and what’s going on with the family, so my time in the shed can be pretty sporadic. Some weeks I might manage 5-6 hours, other weeks might be an hour whilst other weeks none at all. I tend to work in short furious bursts, but you’ll be seeing me and my bike on the road soon enough!”

Click here to check out all the Throttle Roll Merch 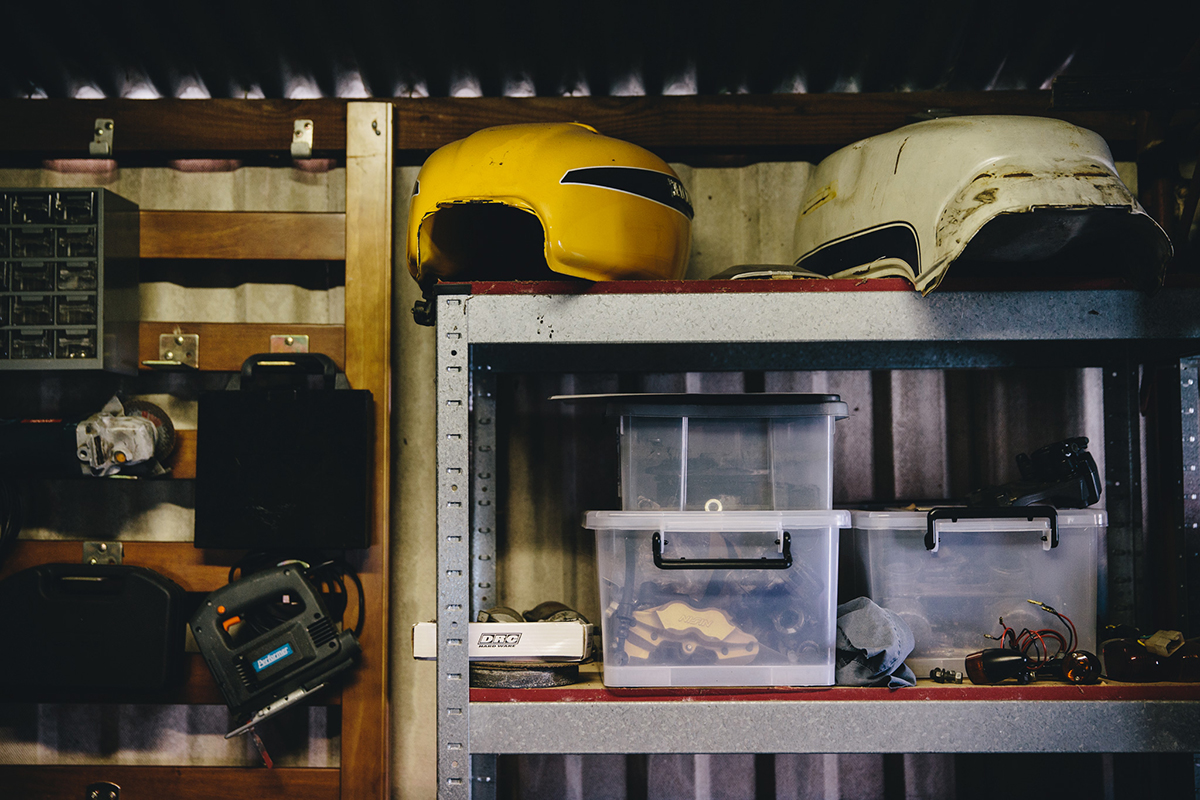 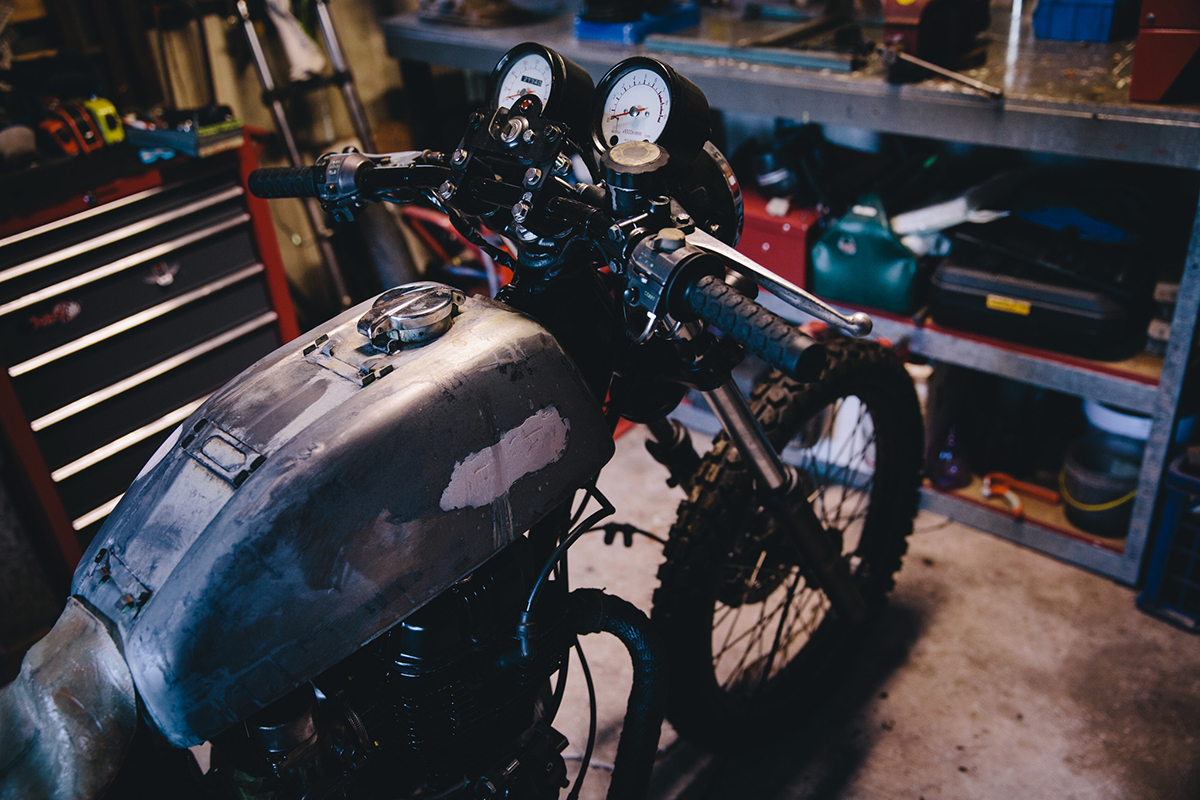 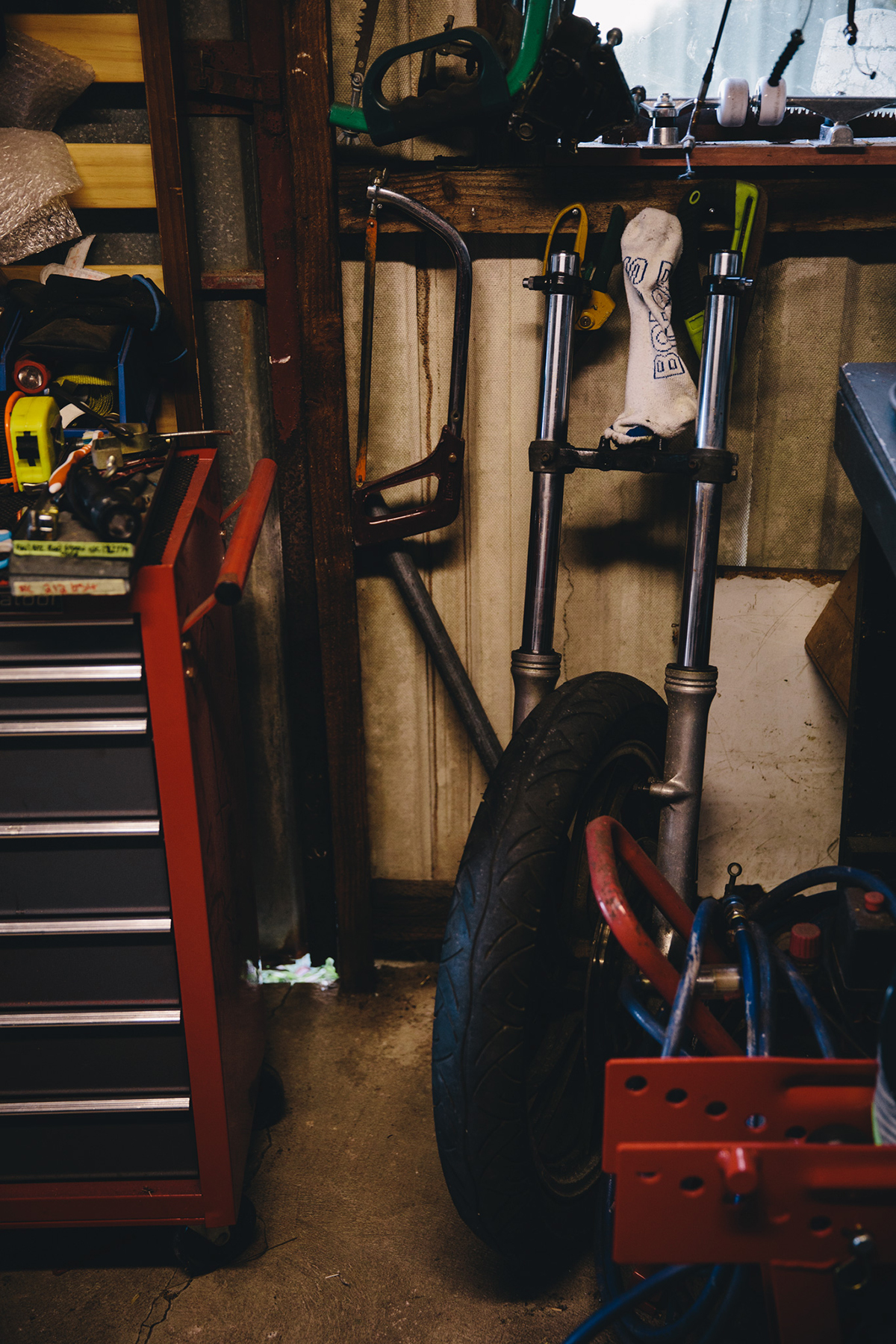 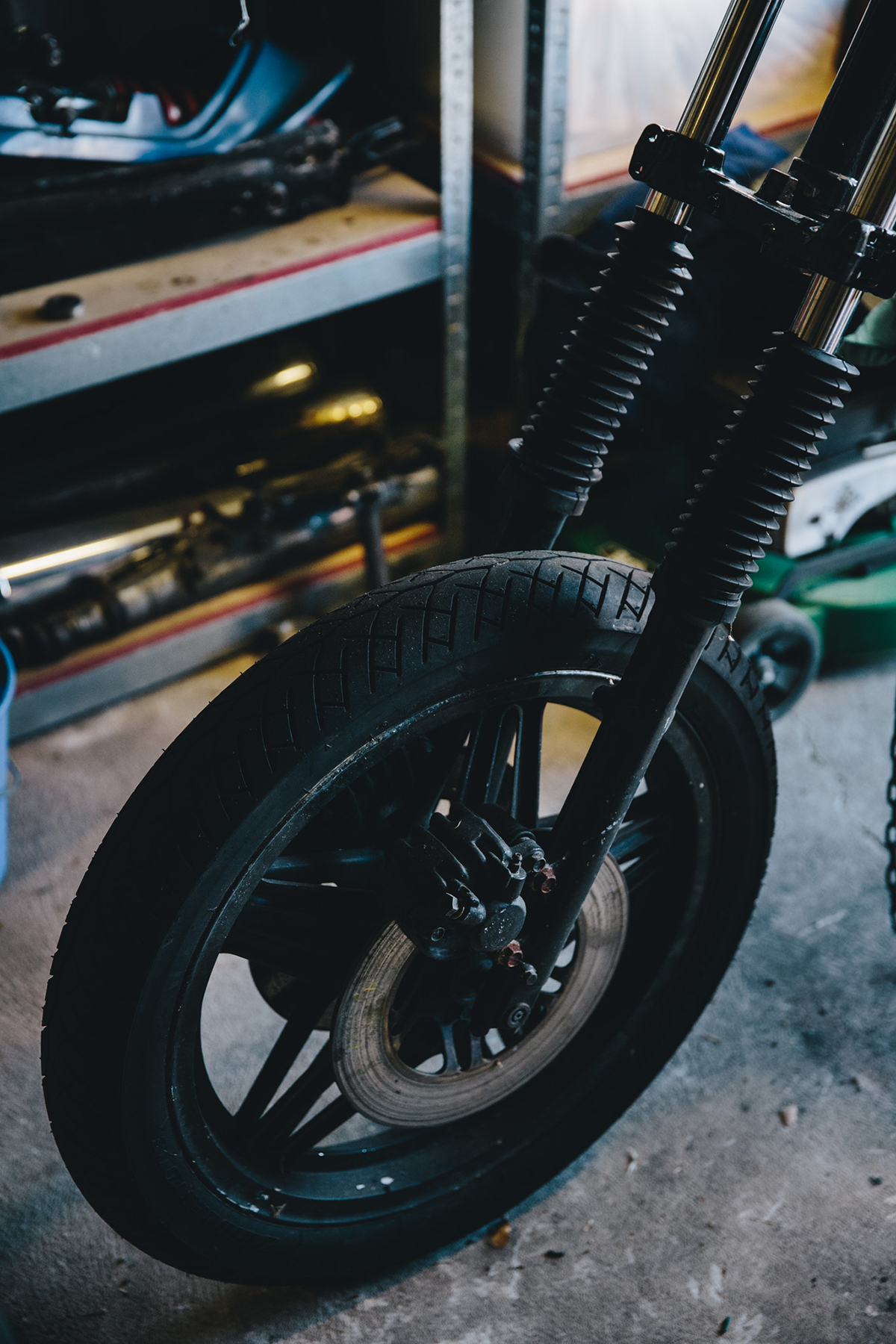 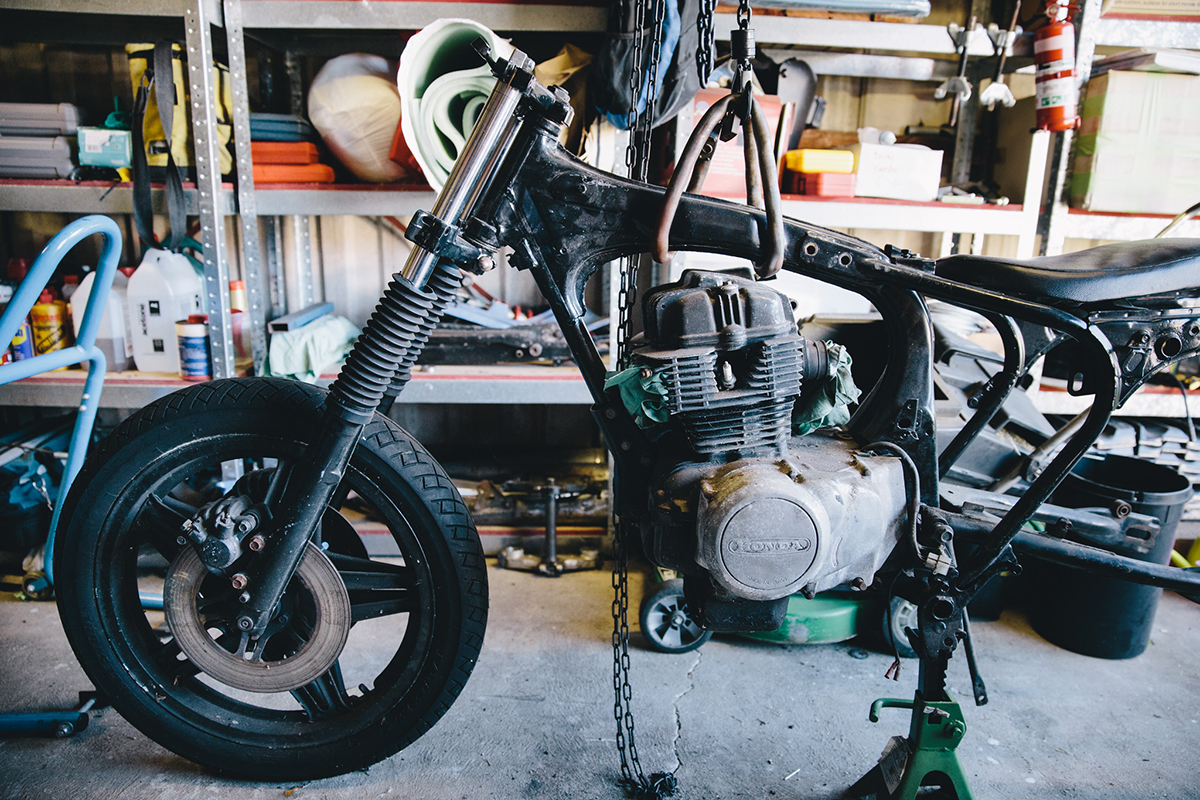