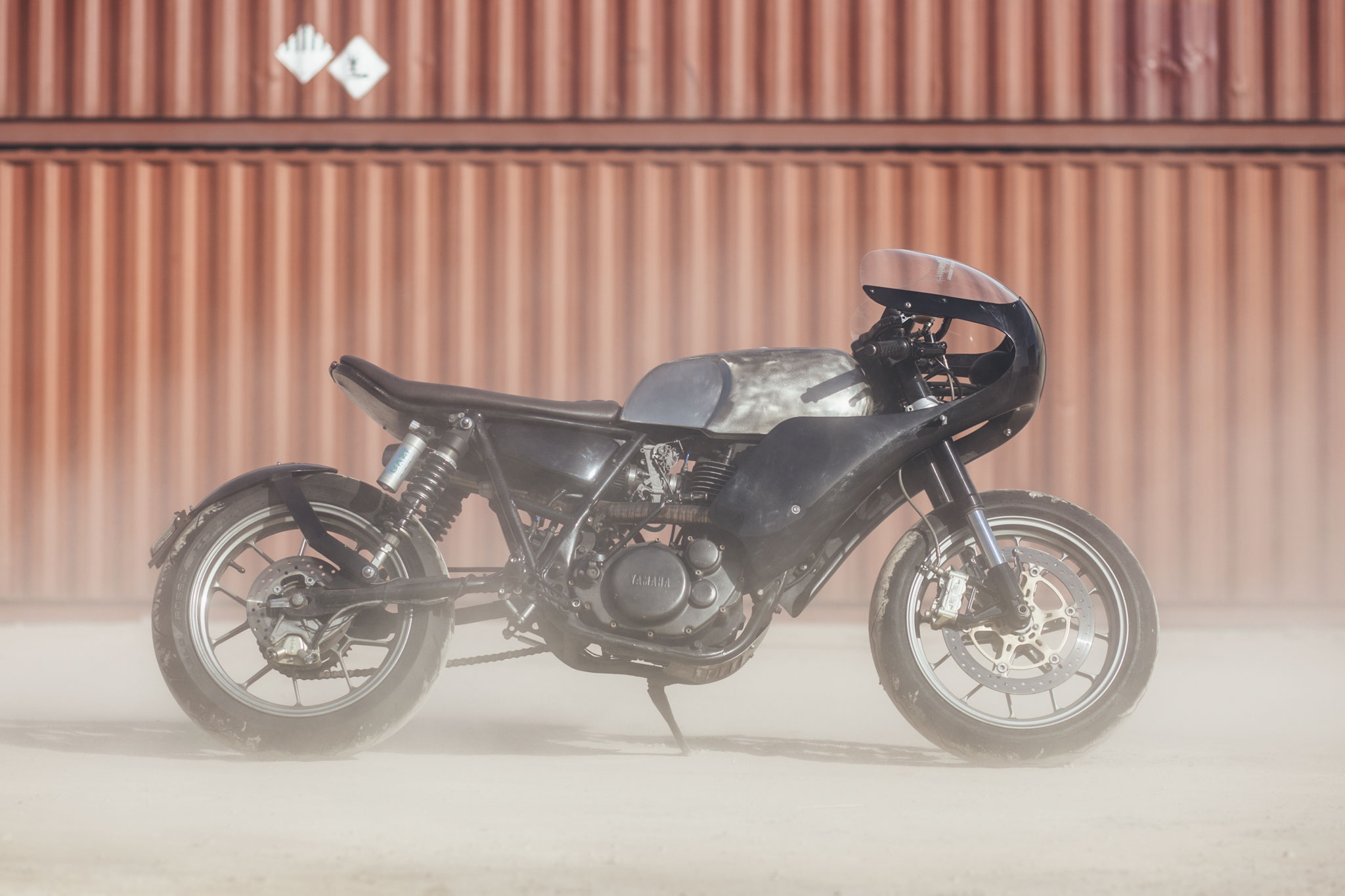 Yamaha SR500 Café Racers are purely for show. That’s it. 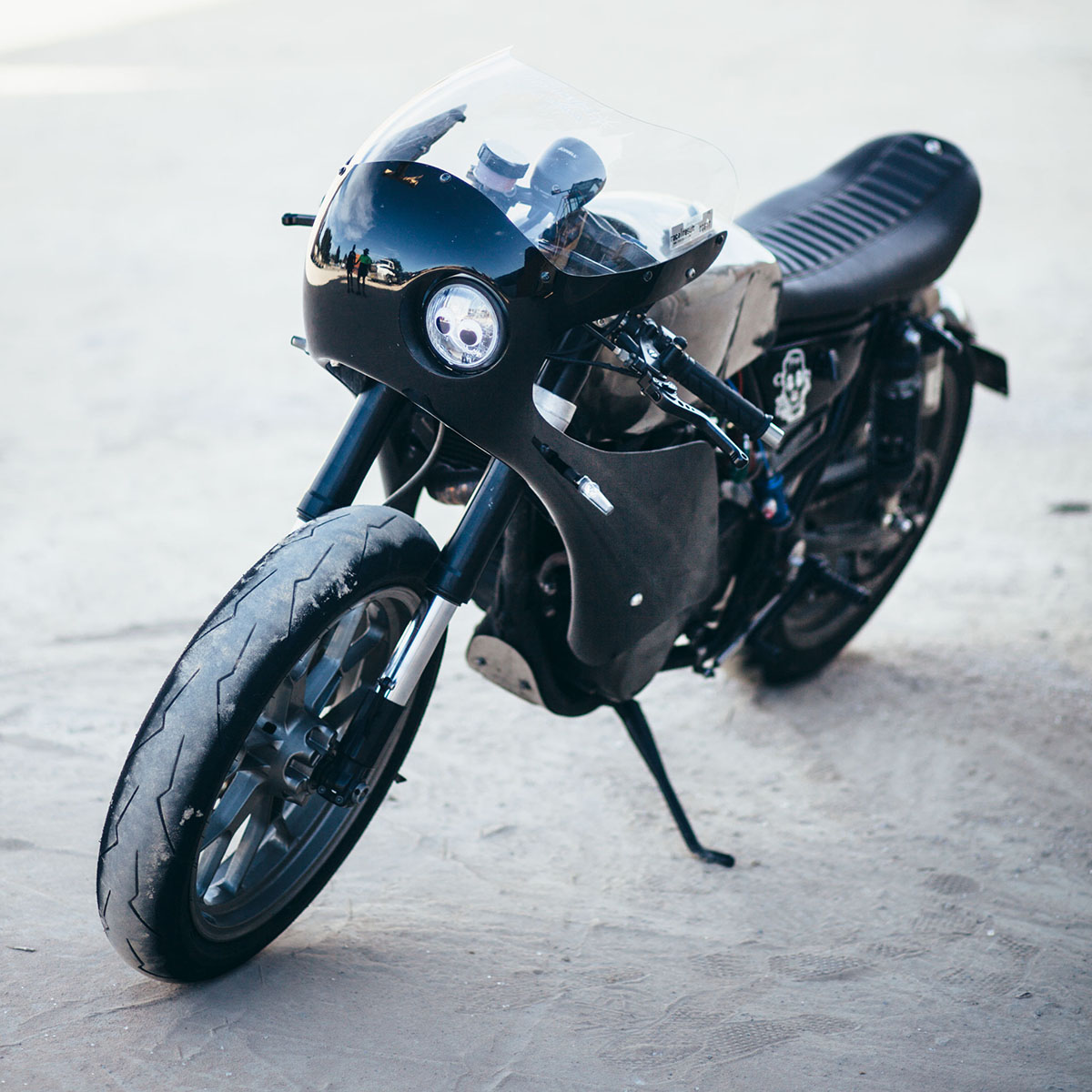 Or so the tired stereotypes would have you believe. After catching the café racer bug in Japan, among a few other diseases, Mark returned to Sydney with the need for one of these quintessential machines. Not knowing anything about bikes except that he wanted one, Mark snatched up a 1985 Yamaha SR500 that was for sale. The love affair was now balls deep. 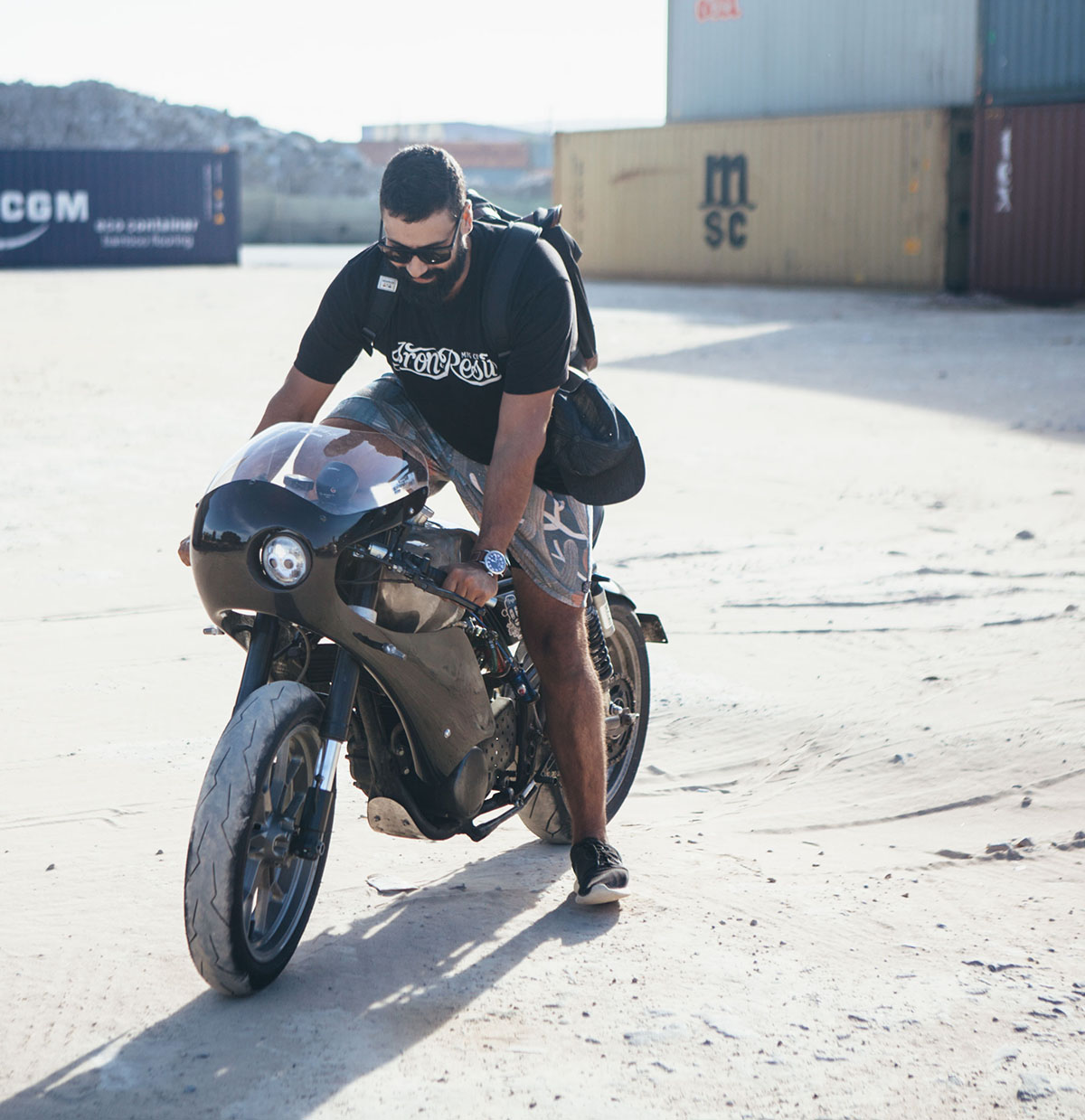 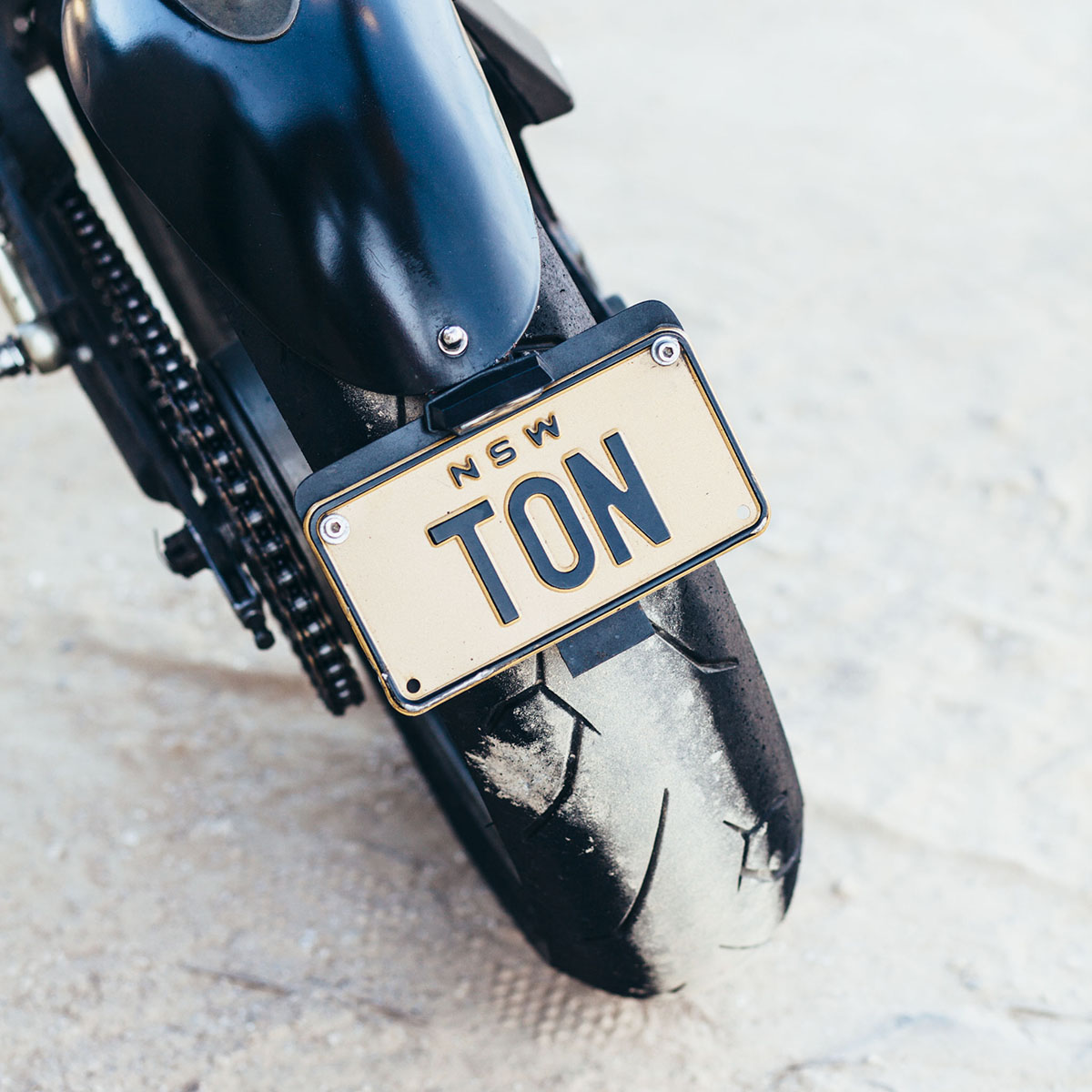 With most first bikes you own, the moment you get on you’re in love. And for Mark, that was exactly it. This was the best bike ever. But as your skills improve and you get to realise just how restricted some machines are (for those riding LAMs, you know what I mean), thus begins the need for more balls. “The bike was great, it was light and nimble to chuck around, but it’s performance began to wane as my ability improved. In went a Keihin FCR 39mm which, once tuned, had me get the front end off the tarmac as I exited the mechanic’s.” 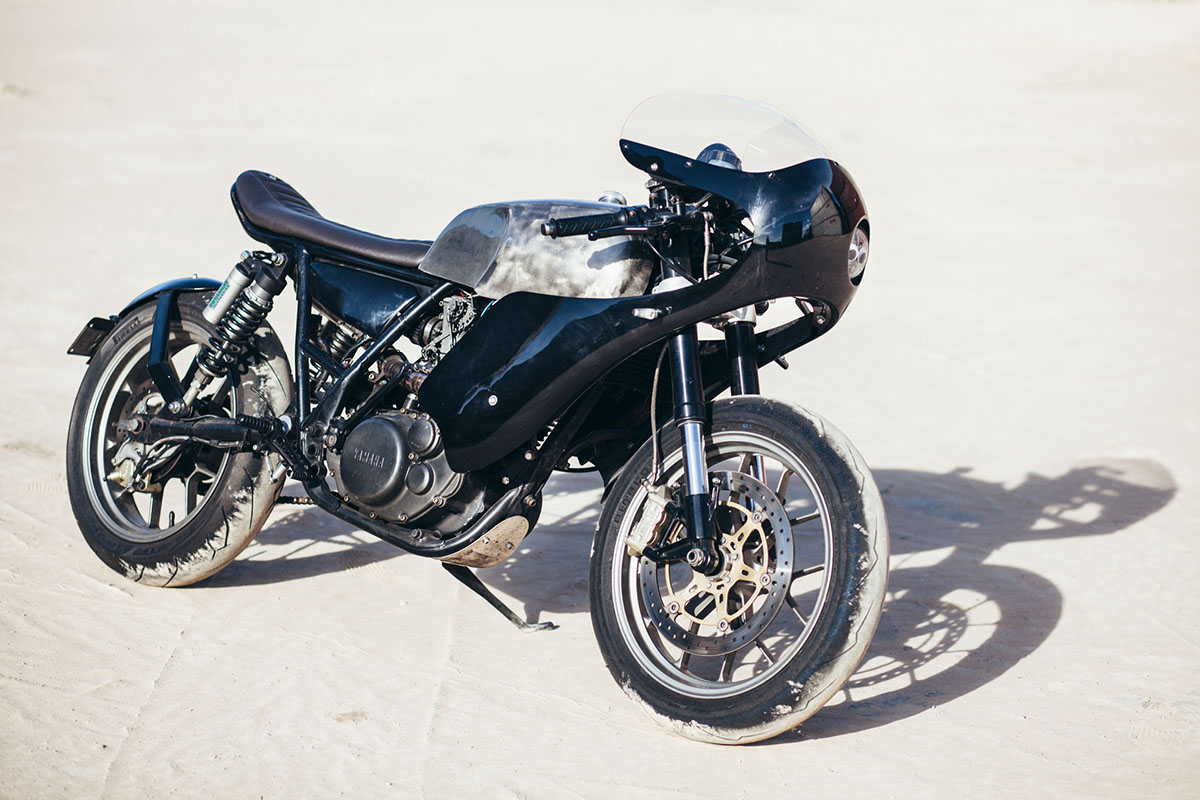 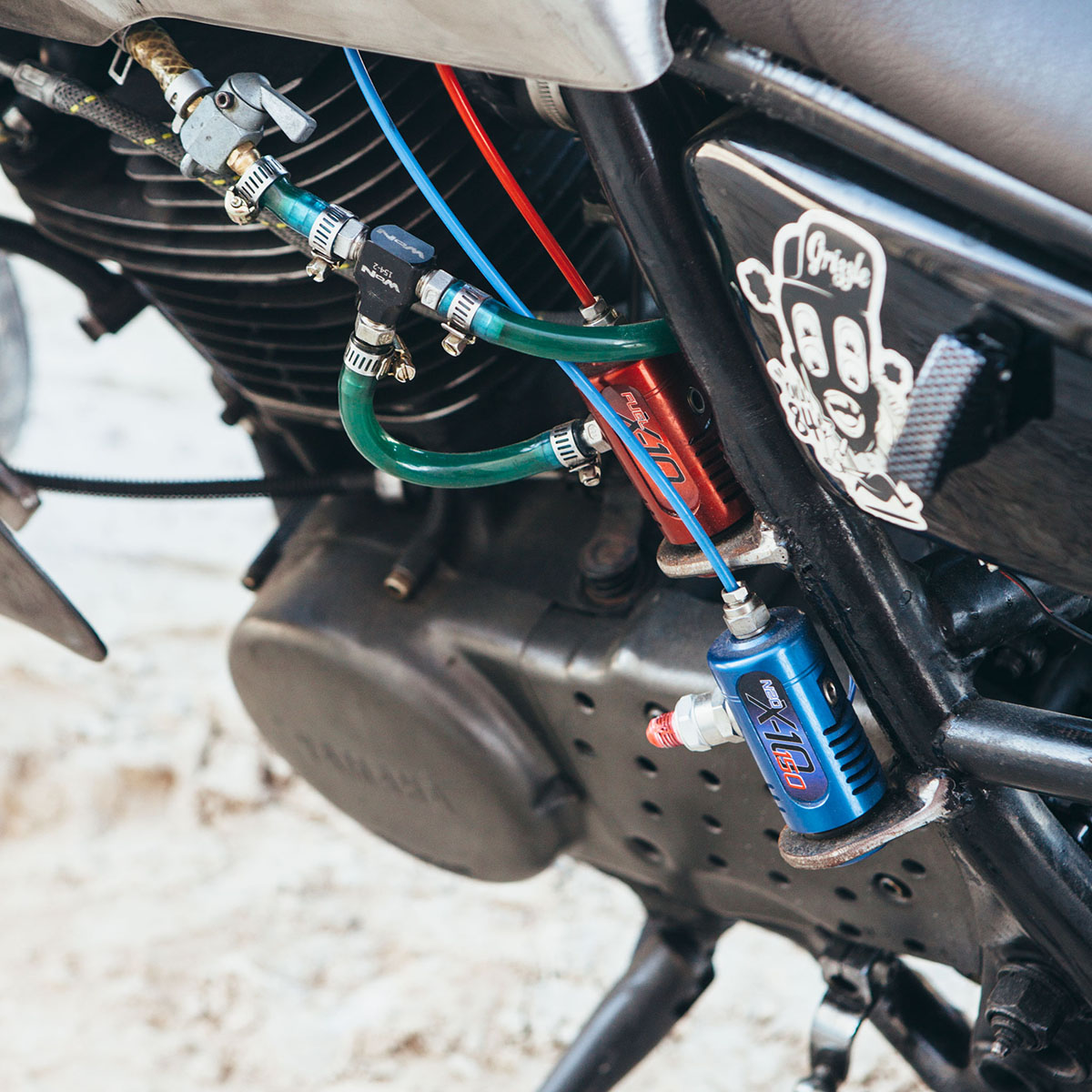 This mighty 37hp machine would prove a mighty ally for Mark battling Sportster boys off the mark from the lights, and making long trips up and down the coast. Some folks would say that this small thumper wasn’t made for the long journeys Mark was taking it on – and they may be right; but that hasn’t stopped him. “Just about every part on the bike has been chipped, broken off or lost somewhere along the way. Over the years I was constantly changing and modifying the bike to be faster, stronger, and more agile.” 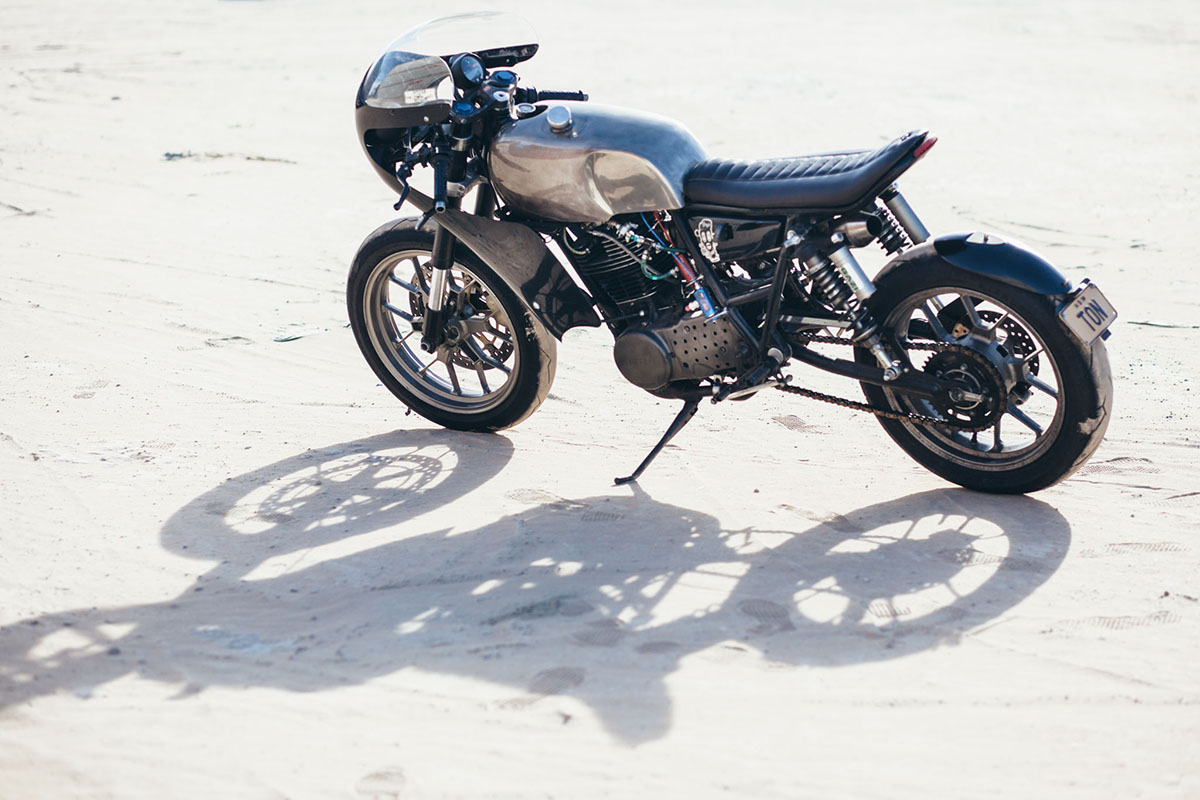 Fate had something in mind for this punching SR, in the form of tragedy and rebirth. On one of the many Sydney Café Racers rides, a friend who was riding the bike flipped it – presumably mistaking the bike for a skateboard. The machine was a financial write off. This special bike that was Mark’s first 2-wheeled love was ruined. Or was it? Plot twist! “Luckily I was insured, which meant I was able to buy the bike back at a good price. The bike still had a lot of good parts on it that were still intact, so I decided I would rebuild. Only this time it would be better, faster, stronger.” 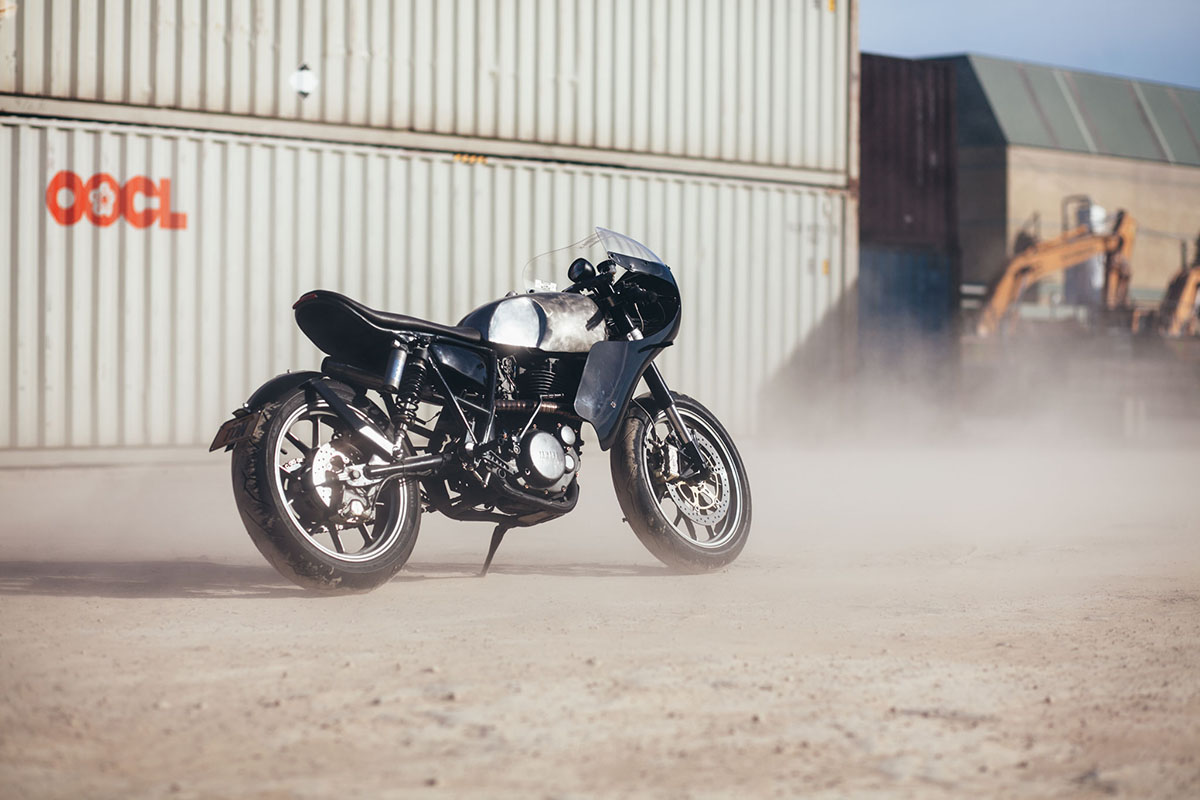 Part of running Sydney Café Racers for Mark means he meets an unimaginable plethora of passionate people that work on bikes, boasting skills from just about every avenue. It would be calling upon these passionate individuals that would help form the reincarnated SR500 into its new, ball-tearing form. The frame would get some love first, being modified to suit Mark’s needs by Evolution Custom Industries and Paul Stanner from Drifter Bikes. The rearsets would be handled by SDG Moto from the Central Coast, and DnA Customs managed the mounting of the fairings, side covers and the rear hugger. This bike would again take the long journeys that it once took up and down the coast to far-off cities, but this time, rather than losing its parts along the way, it would be rebuilt and returned to Sydney as something completely new – and completely different! 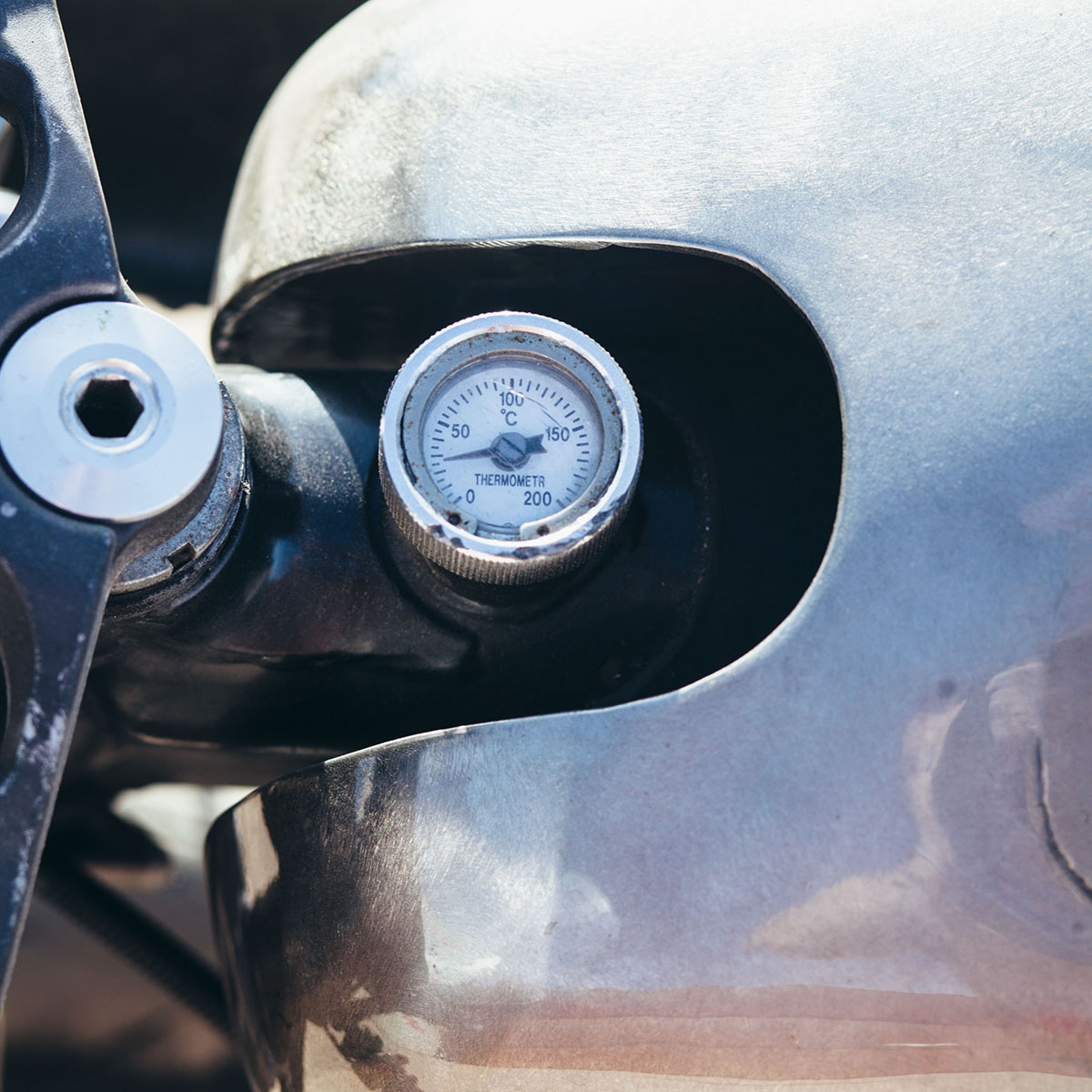 This bike would epitomise the growing custom motorcycle world that has exploded across Sydney over the past 6 years, with the help of so many who were carving their own stake in motorcycling and have also grown over the years. Adrian from Rising Sun Workshop would take care of the wiring with the bikes new Motogadget system and Rene9ade Custom Motorcycles would take on the BSA-inspired fuel tank, chain-guard and seat. “It literally took years to get to this point. Hours of racing and road riding determined that it needed even more work, so RB Racing bored it out to 535cc using a hi-comp Wiseco piston. Compression is 11:1 and goes like a little rocket.” 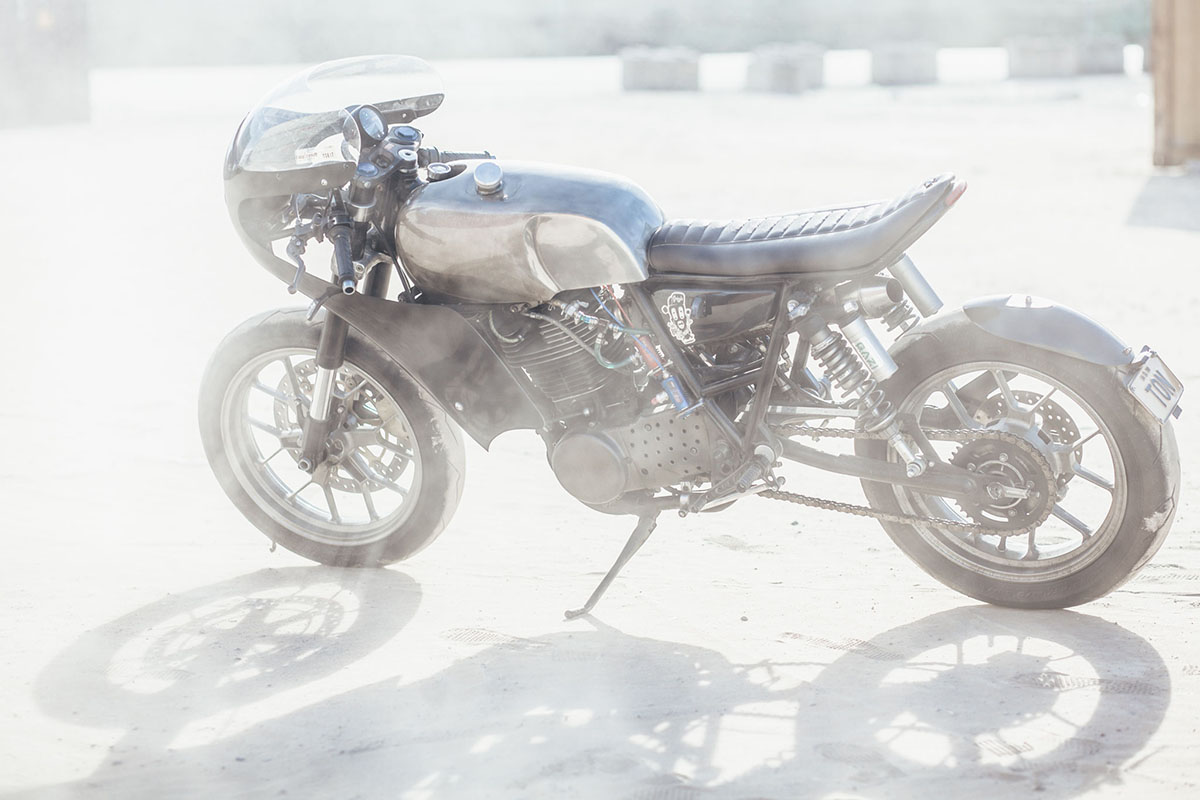 Not bad for a thumper. This SR500 breaks the stereotype of only being for show, and is certainly no stranger to the track, with its Gazi rear suspension allowing Mark to get the knee down once or twice. The drag strip wasn’t safe from the bike either. It would belt out 13.7 seconds down the quarter mile, but this wasn’t good enough. SS Scooter would heed the call for more speed, and a nitrous-oxide system would be installed to bring the bike up from 45 to 60hp with the click of a button. “This would change that 13.7 seconds to a flat 13, which isn’t bad with my 105kg arse on it. It was a ton of fun, especially since the engine didn’t explode.” 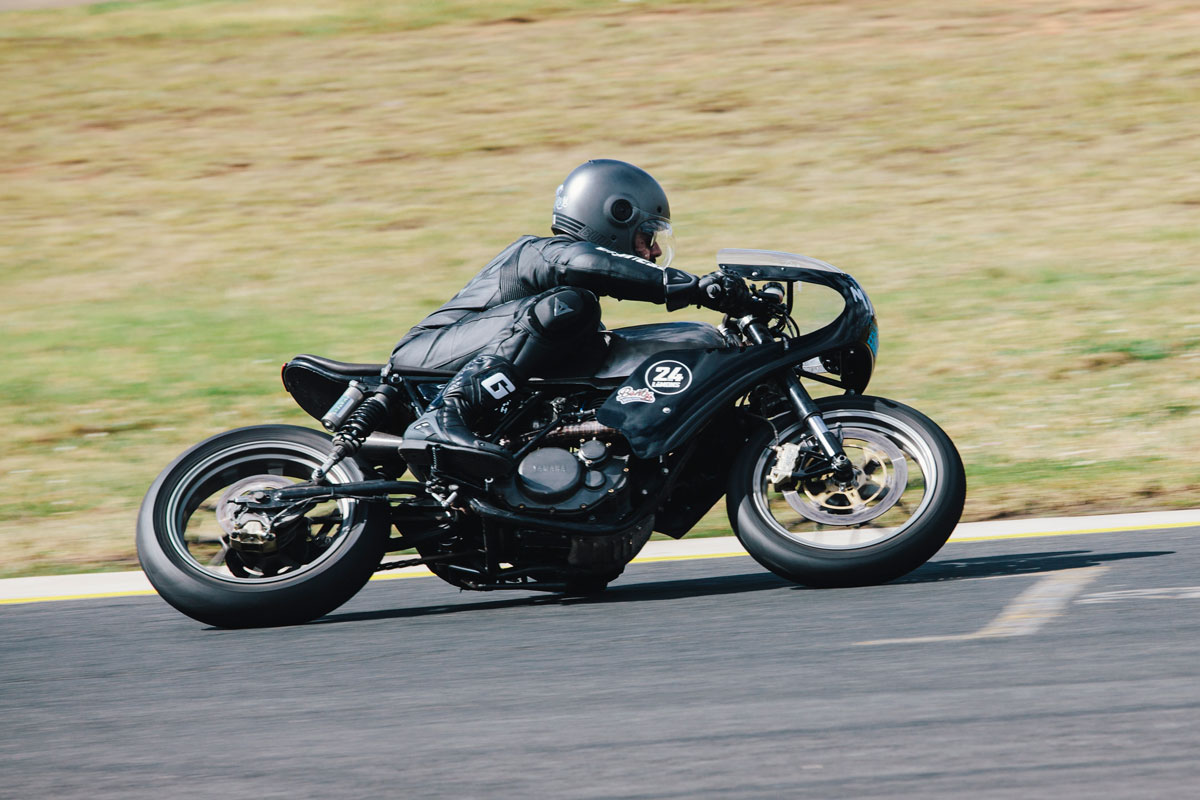 “I don’t know if this bike is even a café racer anymore – with so many different definitions and opinions it’s hard to tell sometimes. I don’t care. It’s got what I love, which is classic styling mixed with modern performance. I loved taking this simple, single-cylinder bike and turning it to 11 to try get every ounce of goodness out of it. For me, this is the bike that bought it all together. It brought people together from across the globe, it created Sydney Café Racers, Throttle Roll, and invented The Distinguished Gentleman’s Ride.” 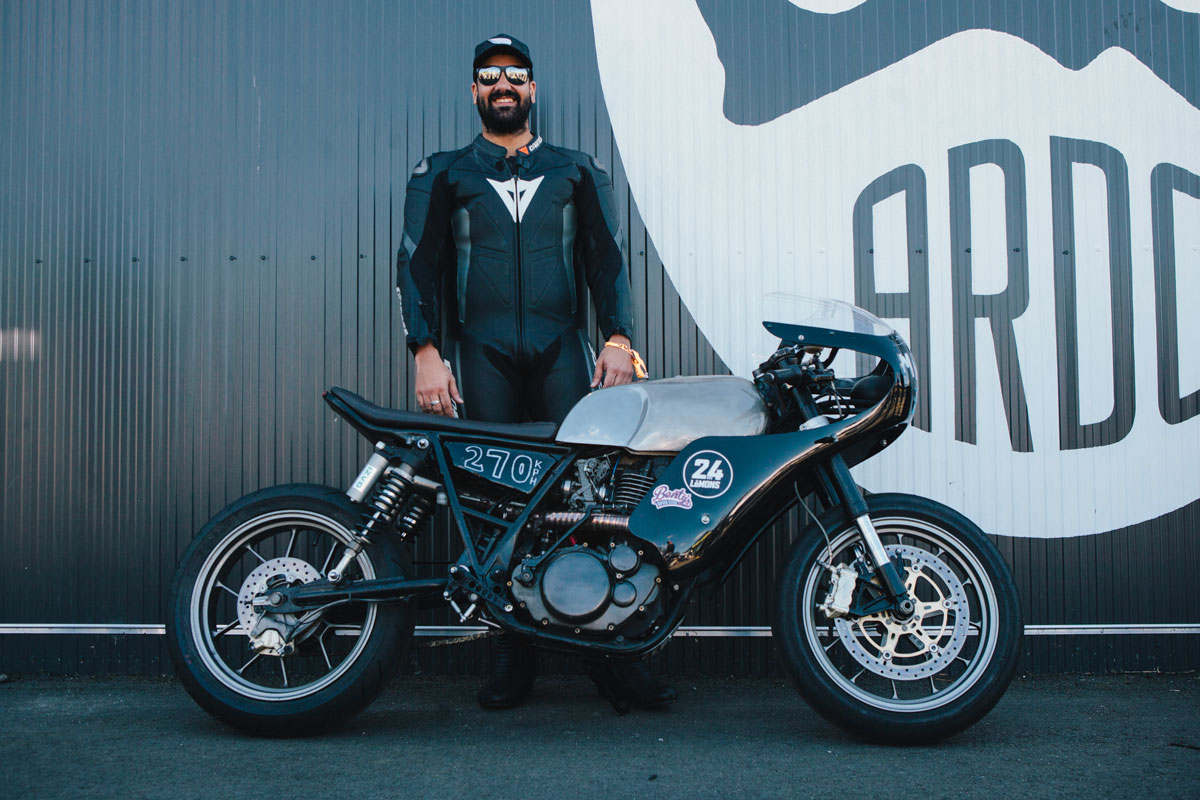 “This is more than just an SR500 to me – it’s the bike that I’ll never be able to let go. When I have the time, I want to push this bike even further, and take it on more great roads across Australia. For now, it’s lane splitting in Sydney, hitting the track, and having a crack at drag racing.”

The bike can also go 270kph, or so Mark insisted. 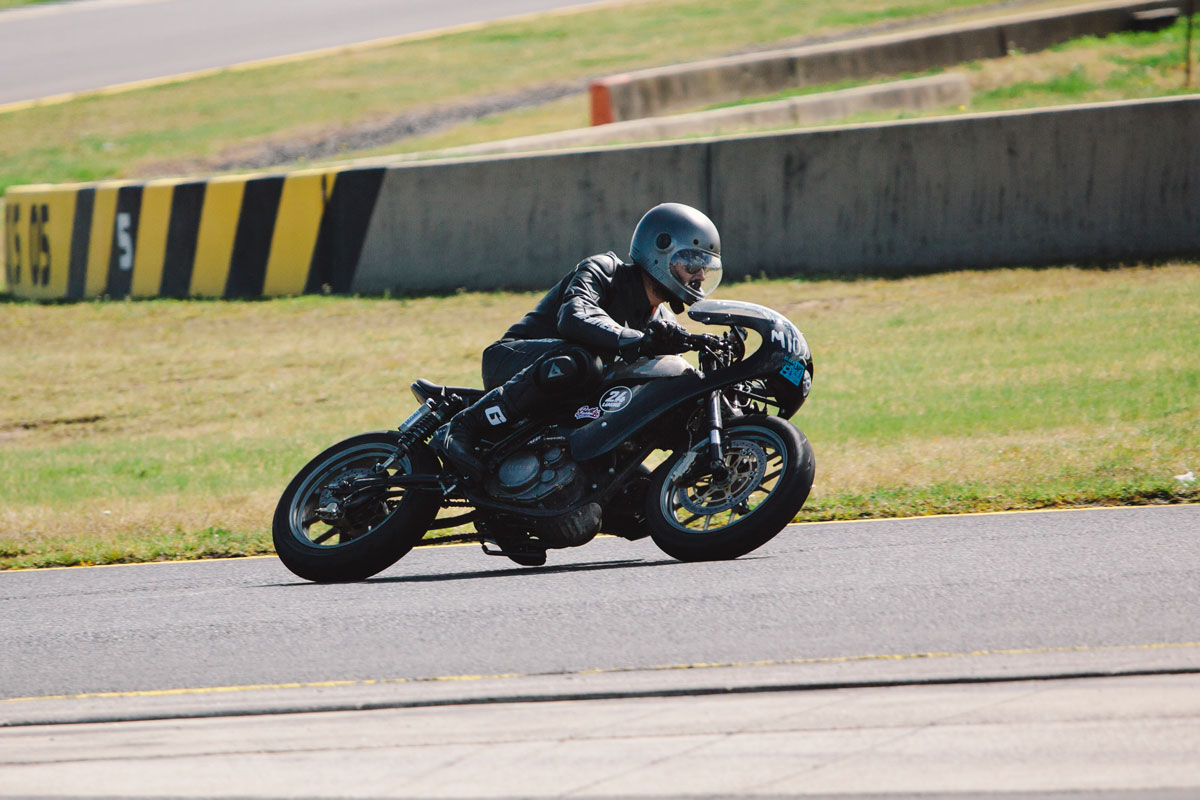 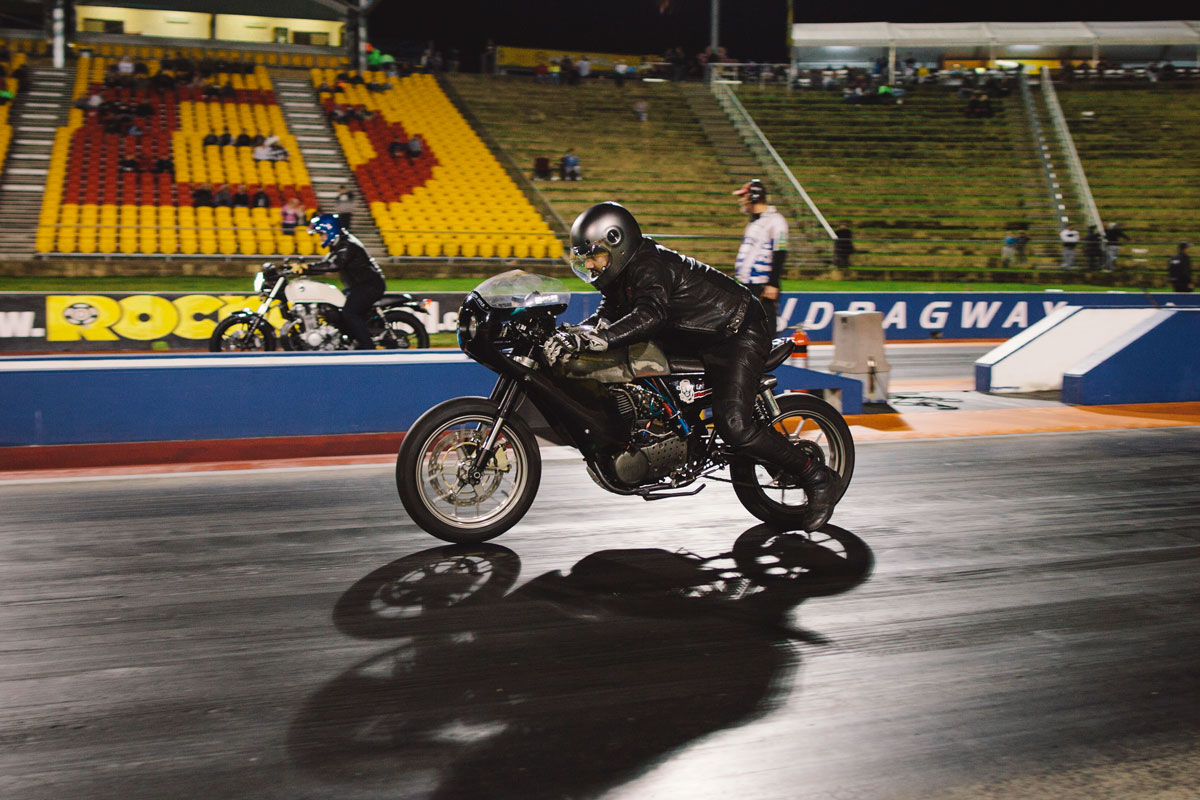 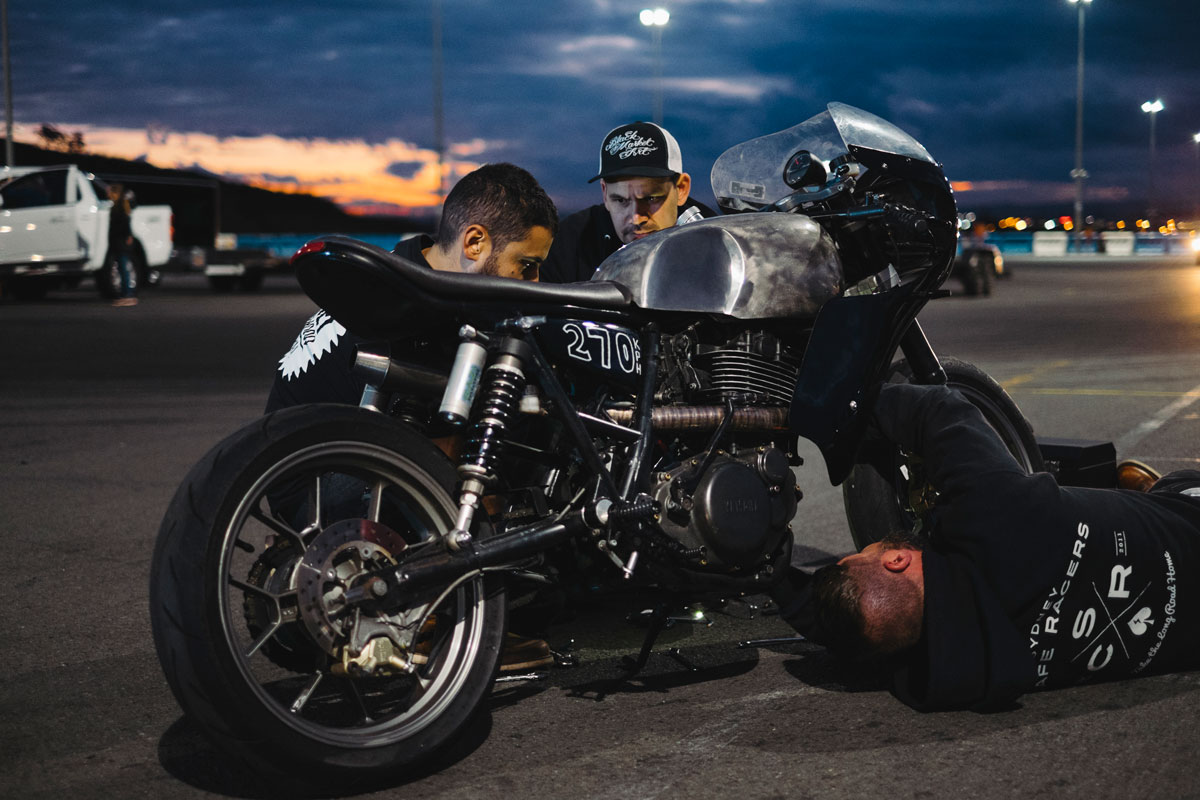 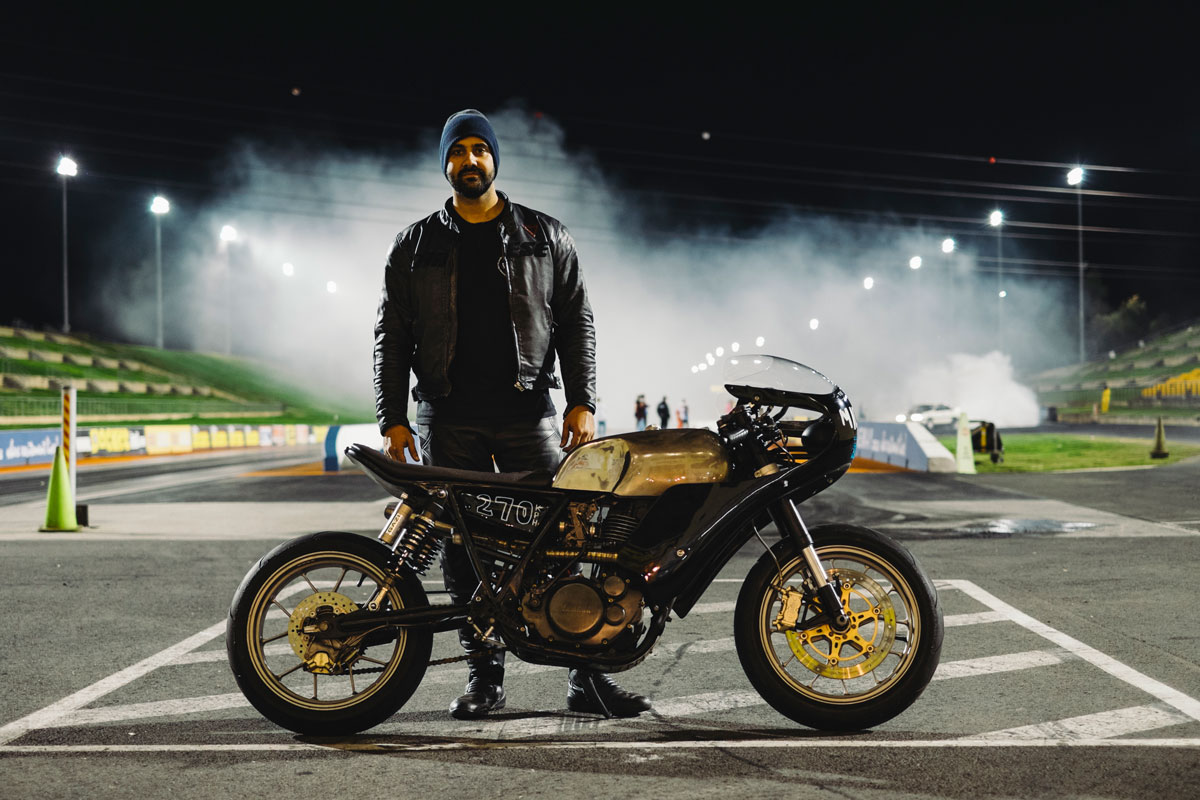