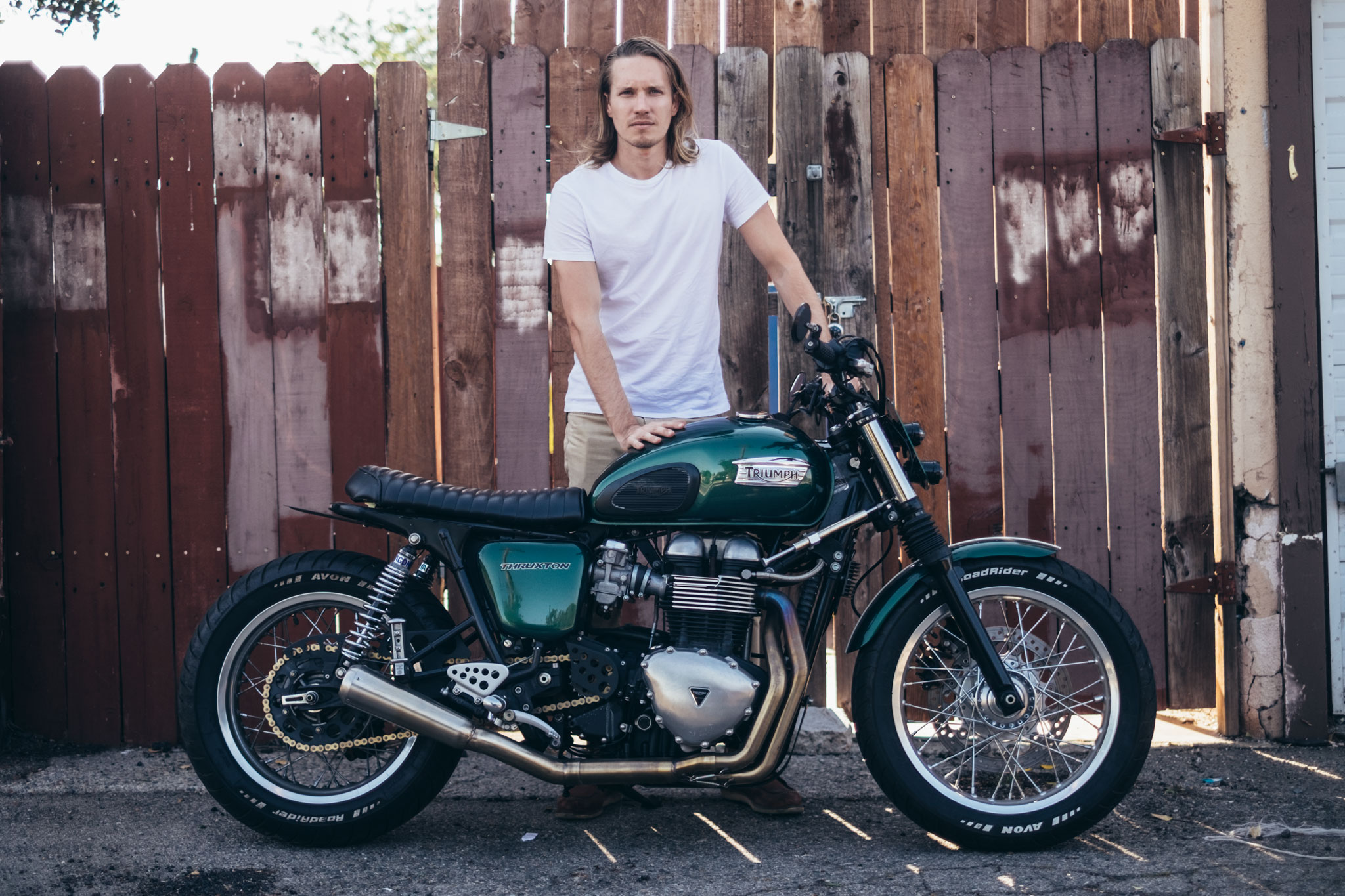 A life of travelling the globe planted the seed of adventure in Murray, which only naturally would bud into motorcycling. Using one of the greatest forms of creating adventure, Murray and his Machine have forged a bond through thick and thin – and picked up something special along the way. 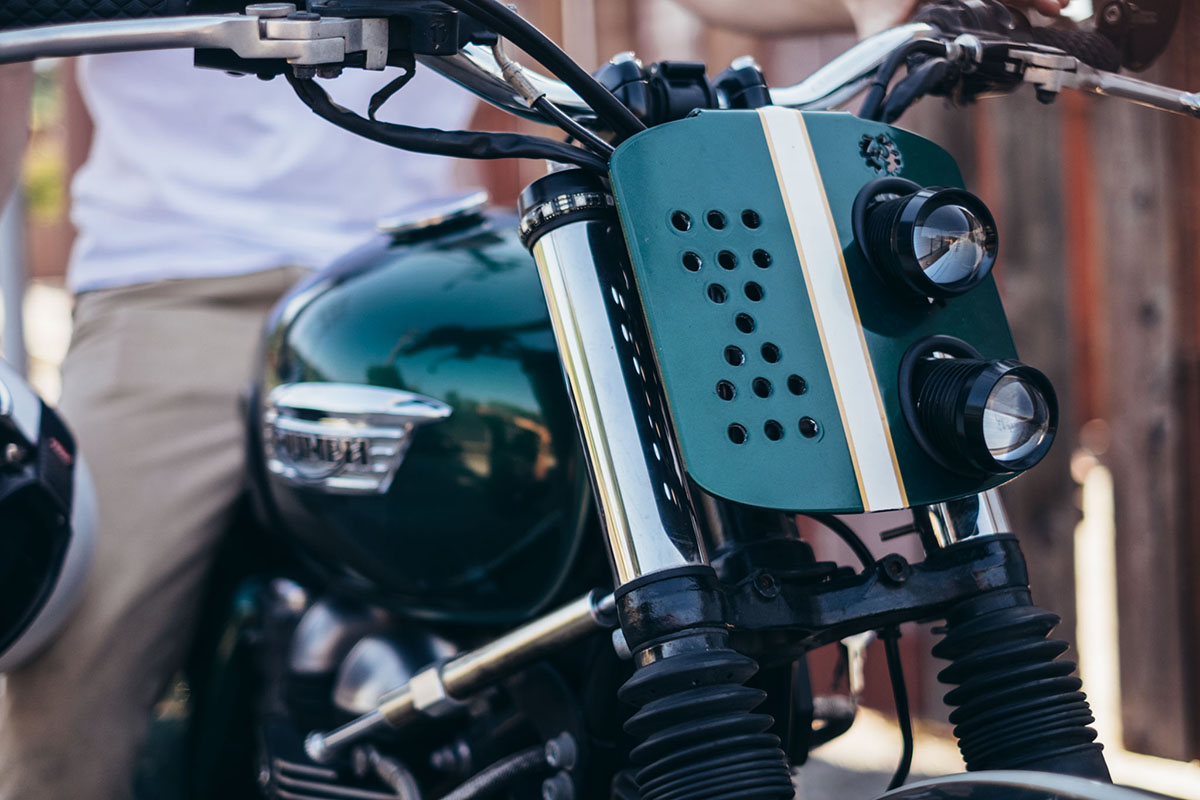 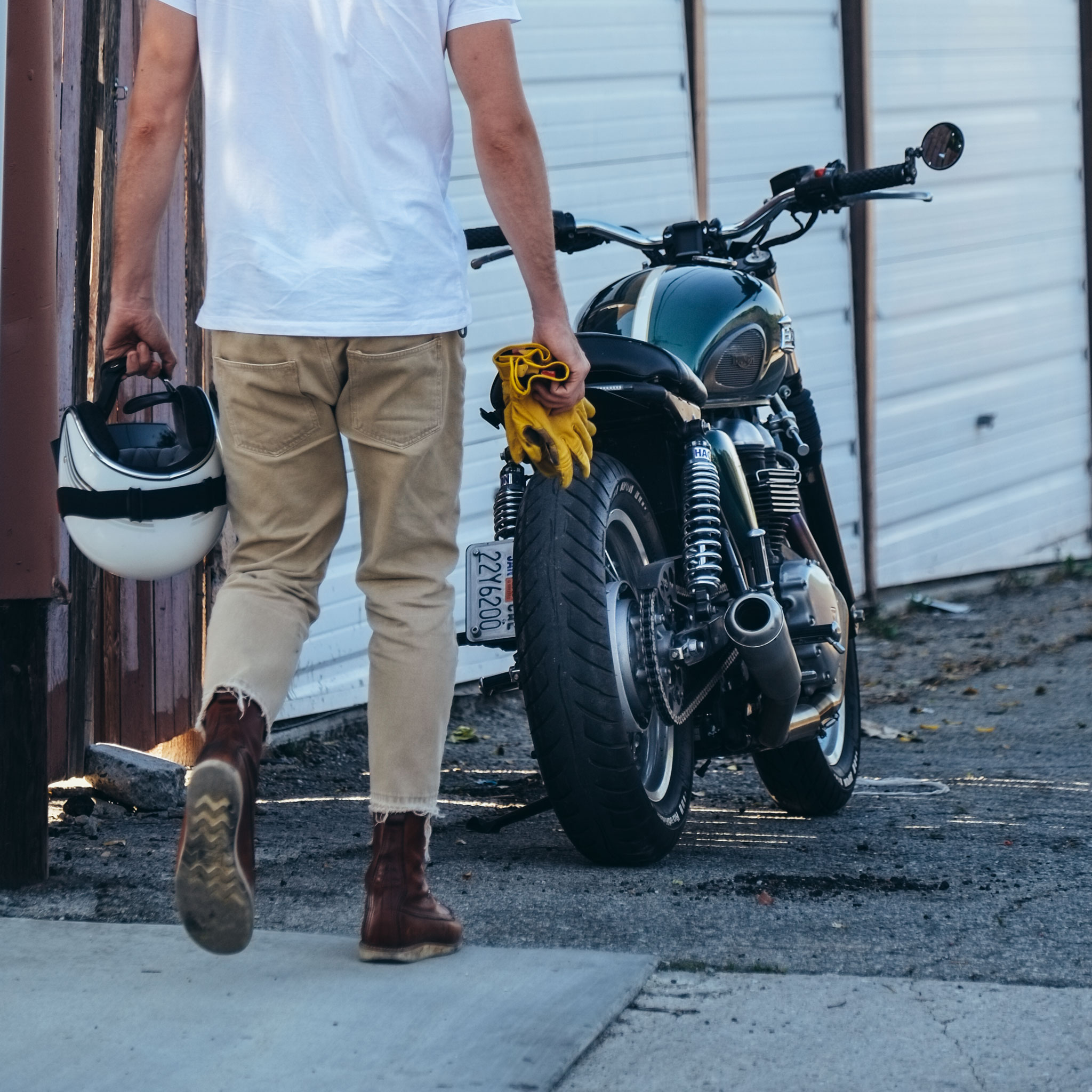 In his travels, Murray found himself adventuring on a variety of bikes as he explored over 50 countries. This pure form of transport became the essence of adventure, and as his life became more grounded, a solid machine was on the cards. “I decided to get my full licence and become legal, so I completed my riders test in the UK the day before flying out to Canada. I landed in Vancouver, and in that very day went to a dealership to find the machine that would be for me.” 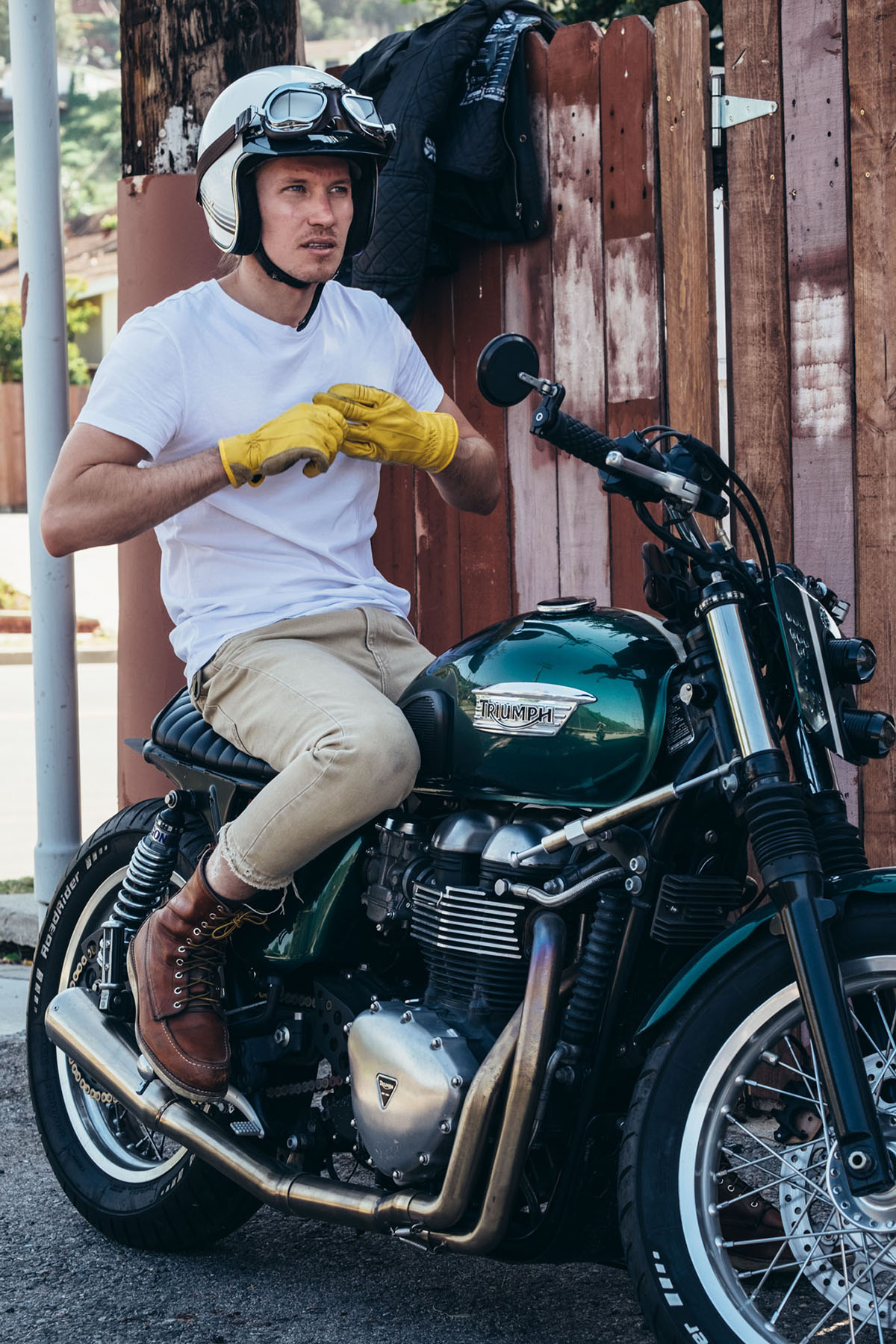 That dealership happened to be a Triumph dealership. “I wanted a Triumph as it was a brand that was synonymous with exploration and heritage, for me. I was originally looking for a Bonneville but I fell in love with this pre-loved British racing green Thruxton as soon as I walked in. I then had it done up as a classic style café racer as it was intended to be. Adventure called once again, and I was on the road, headed for Mexico.” 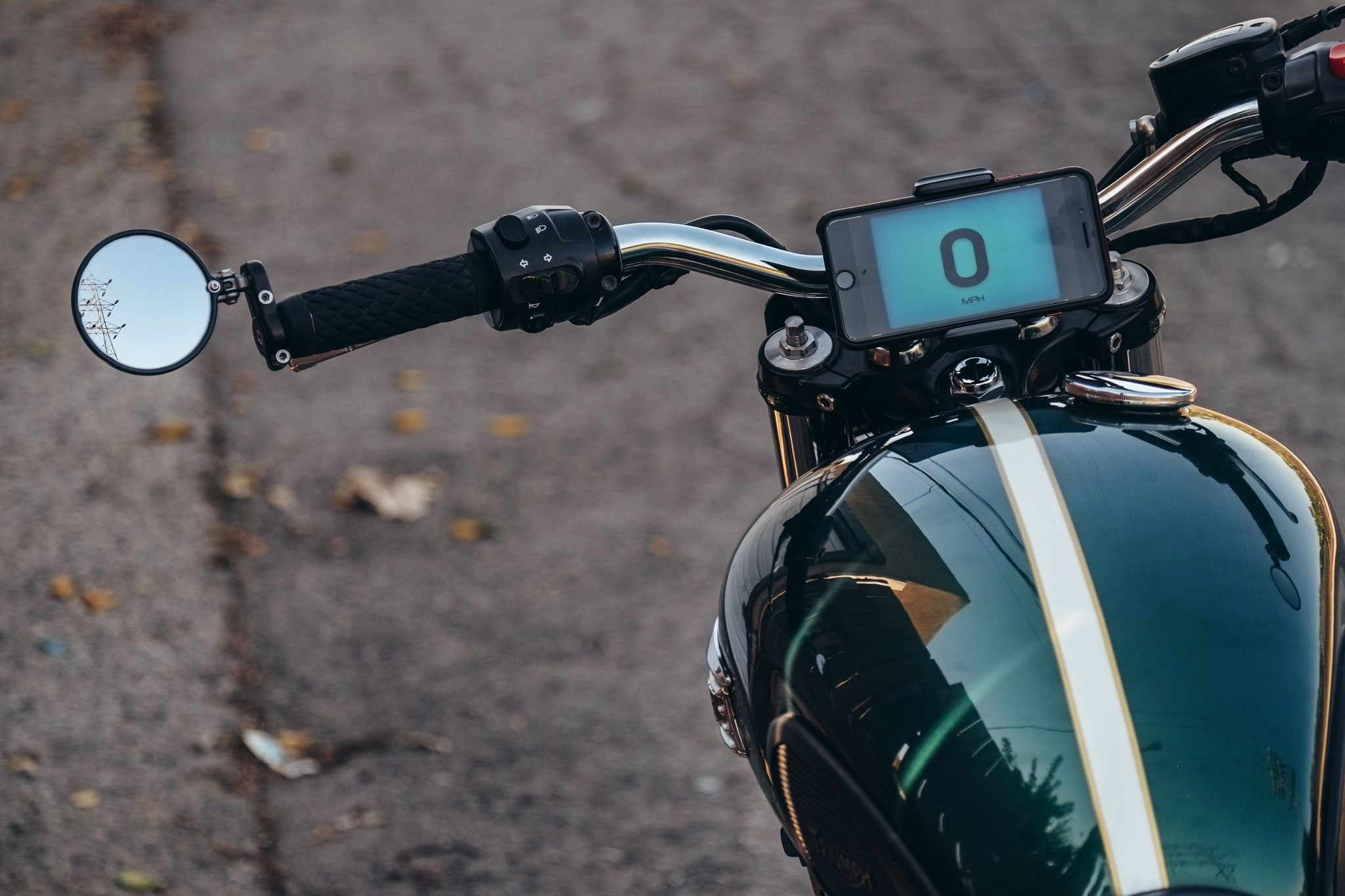 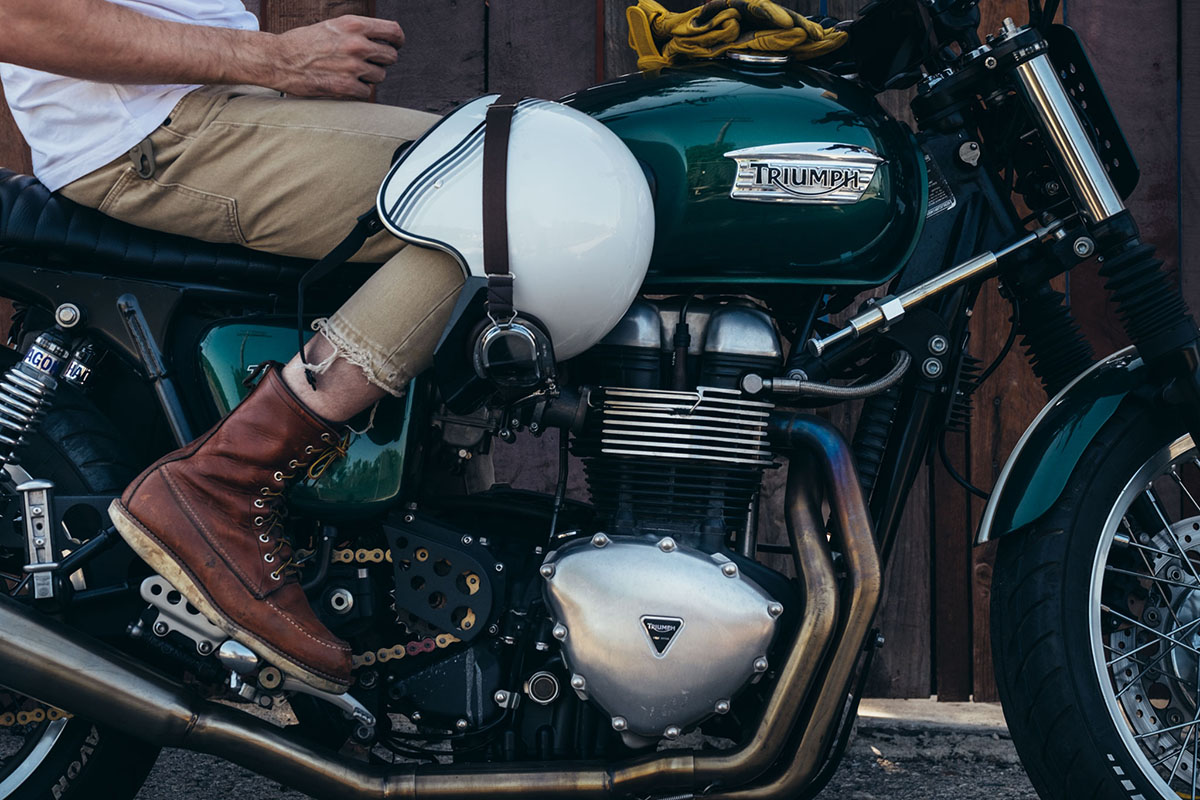 “It was on this trip that I met someone very special, and it was actually because of this bike that I had met her – but more about that later. After a lot of riding – and I mean a lot, I decided riding a café racer wasn’t the most comfortable so I started changing the bike into more of a street sled. I removed the air box, put a two into one system on and did a few more engine tweaks. I added some Biltwell tracker bars and stripped everything off I didn’t need, opting for led strip signals and brake lights.” 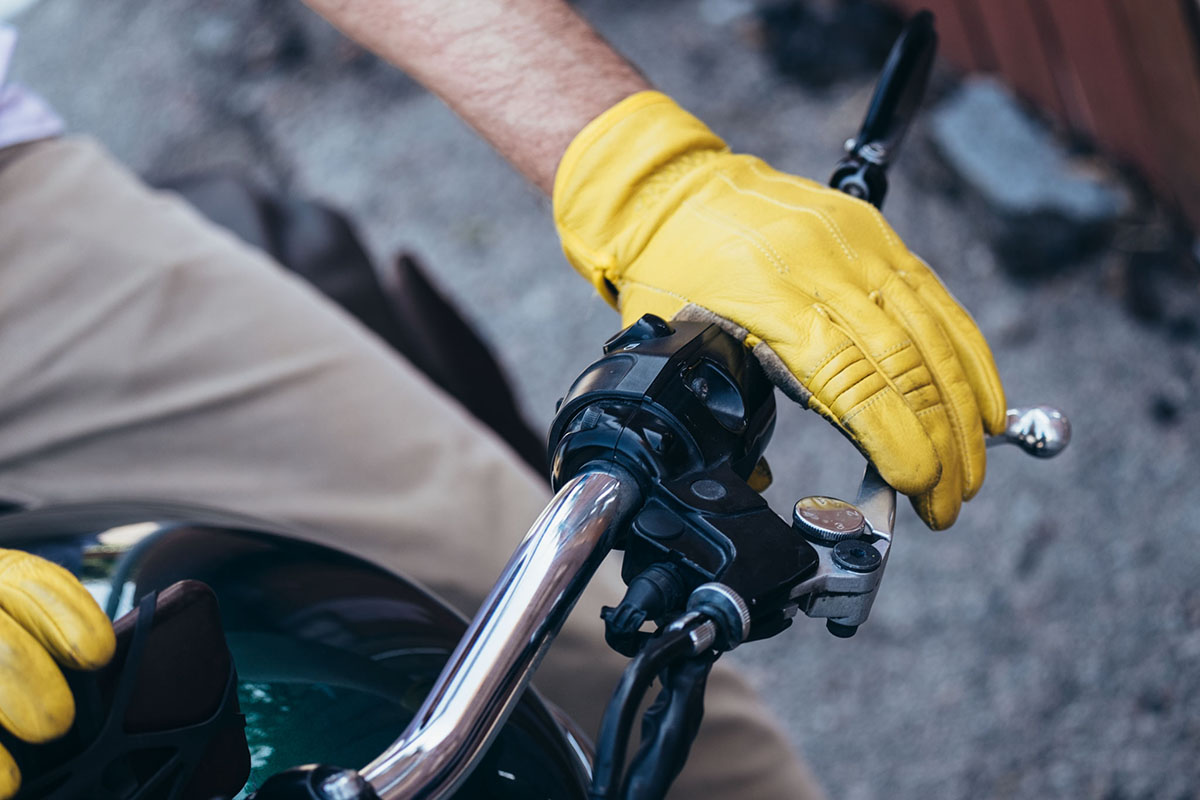 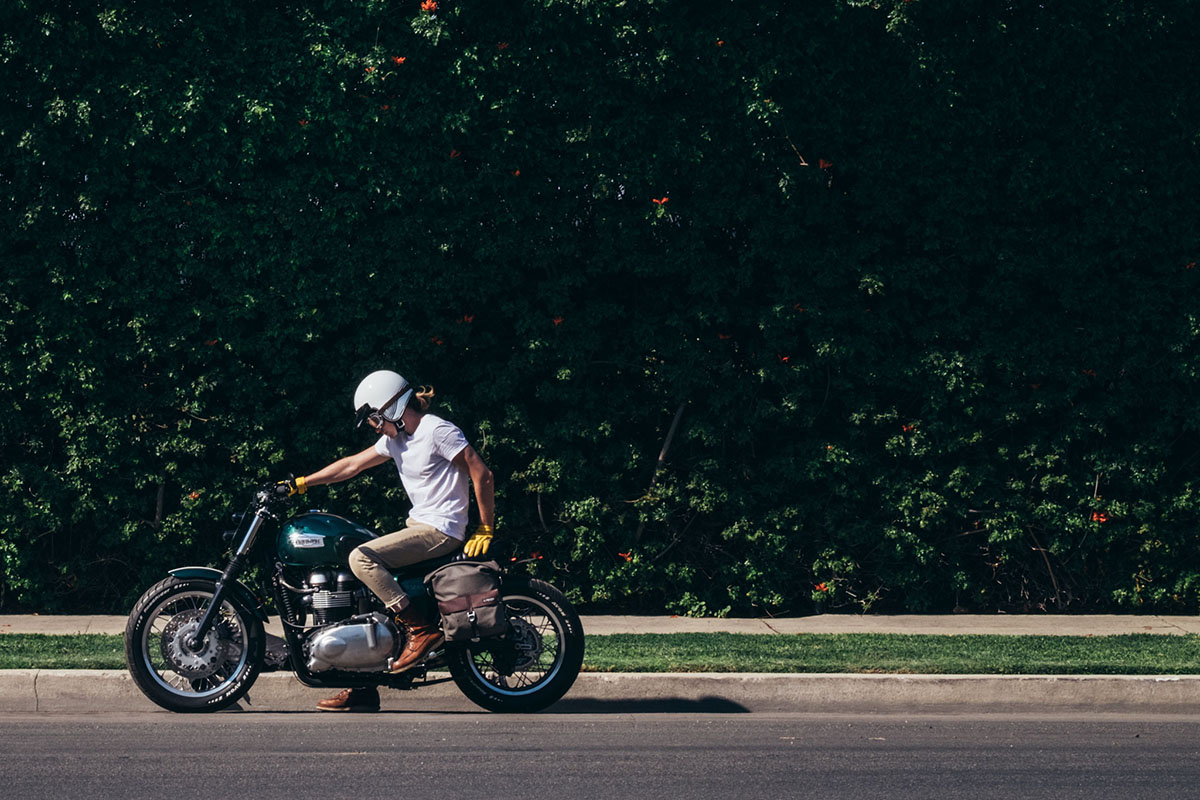 The next morning, after spending about two weeks in the garage working on his bike, Murray and his machine were ready. “Five minutes into my ride I felt the back of my bike lift up, and heard metal crunching and plastic tearing. I was being pushed into a main road and had no control of my bike.” A young driver with a brand-new 4WD had decided whatever was on his phone use was more interesting than paying attention to the road, and so Murray found his adventure machine half devoured by the large four-wheeled beast. “Her truck was lifted off the ground – they’re tough bikes, but I was gutted. All that work, and all those miles.” 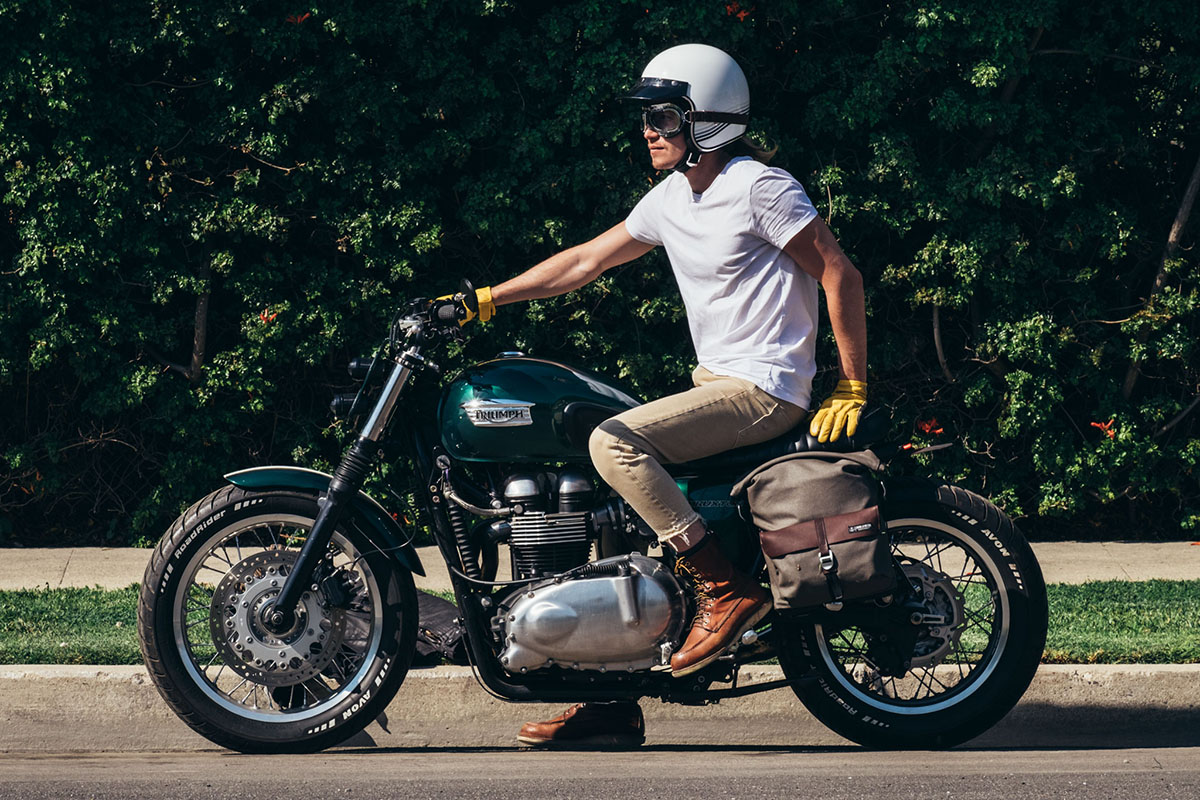 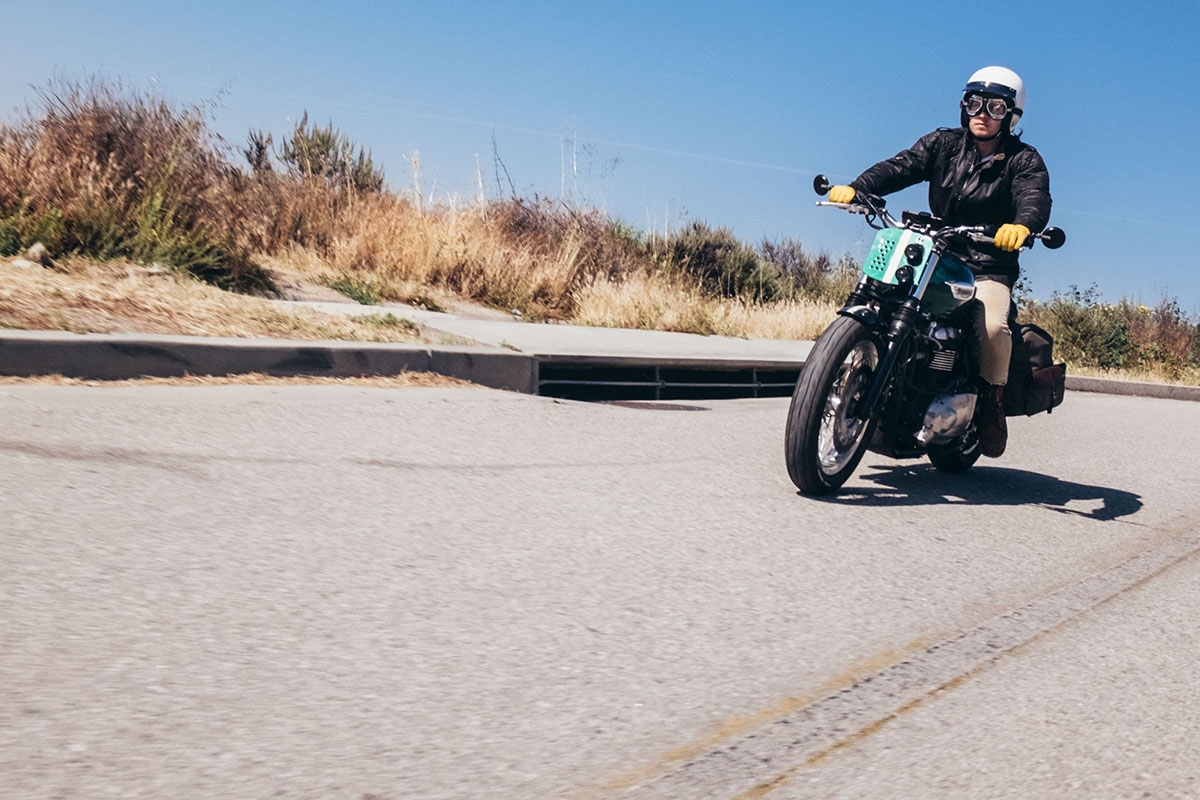 It was in the ambulance to the hospital that the situation really sank in for Murray – the bike was done for, or was it? (plot twist!) “Now, as you may remember, I had met someone very special on my trip, Well, she’s now my wife. I had some met some guys in Mexico and ended up riding to Arizona and back to LA with them – one of the guys was dating a chick down in Orange County. I cruised over with him, and little did I know but they had set up a blind date for me with her best friend. It was super awkward, so to break the ice I asked if she wanted to come and grab a pizza with me, on the bike. We jumped on, and we knew that was it. Fast forward to the ambulance. I realised that this bike was more than just transport, more than just the first bike I owned, more than the bike that had got me through snow, rain and hail driving through the Rockies in January, it was the reason I met my wife.” 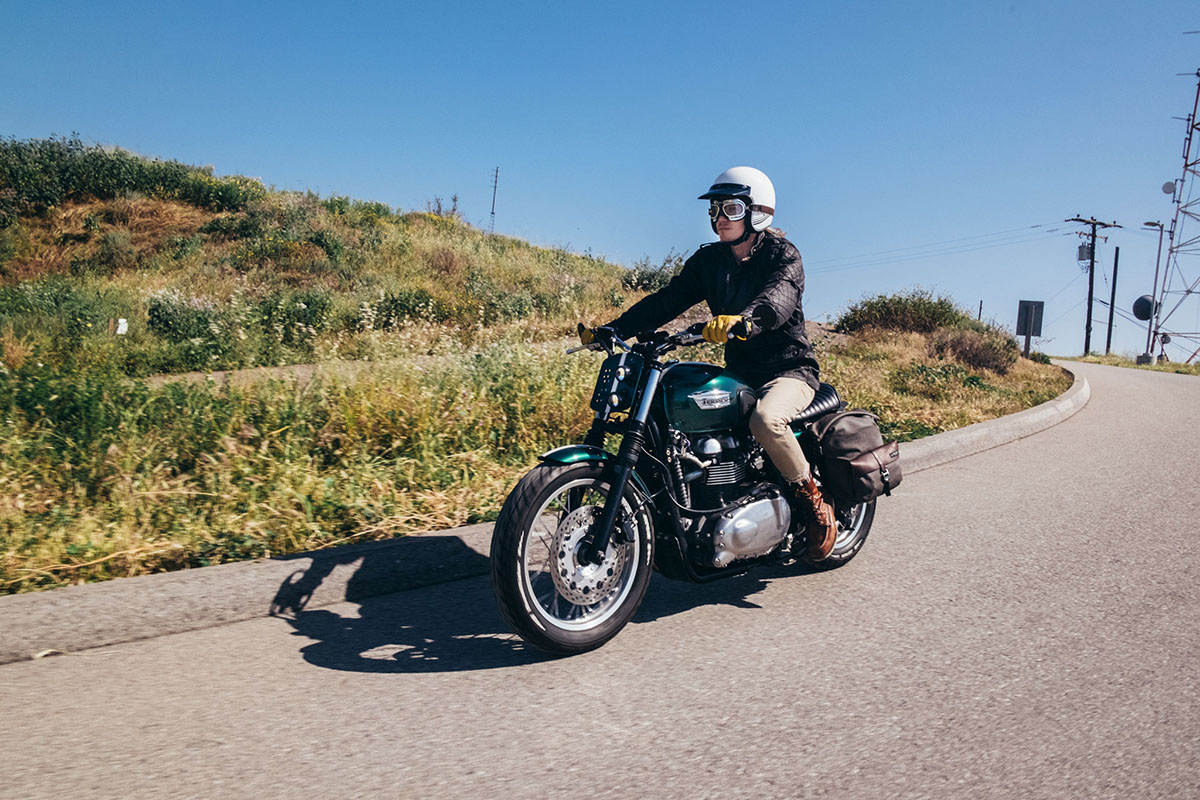 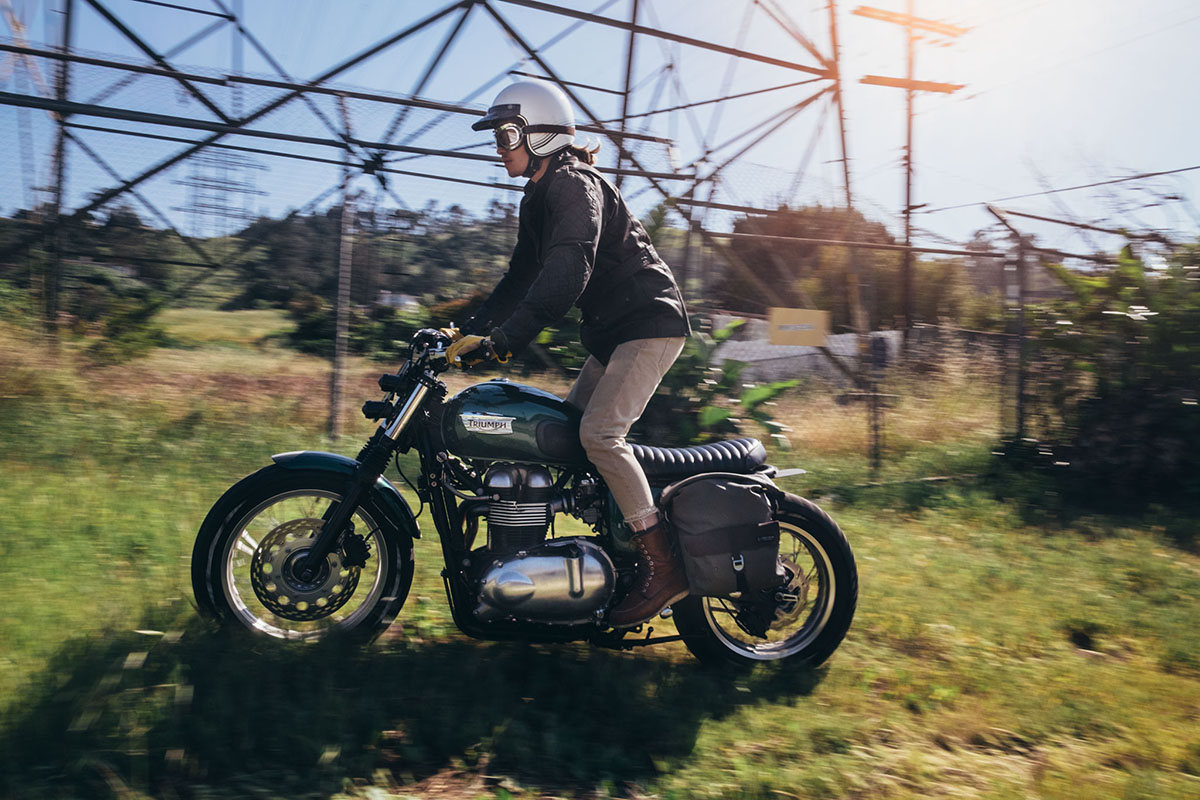 Murray knew this bike was not done for, that he could breath life back it – but not without a fight. The bike had been declared totalled by the insurance company. Not taking this as a final answer, Murray took it to Triumph, who inspected it for themselves. “It was only the sub frame that was slightly bent. I got the insurance money, bought the bike back and immediately began planning how to rebuild it. First I replaced and upgraded the brakes, shocks, chain and cogs. I then had to address the sub frame and the fact the seat wouldn’t fit anymore.” 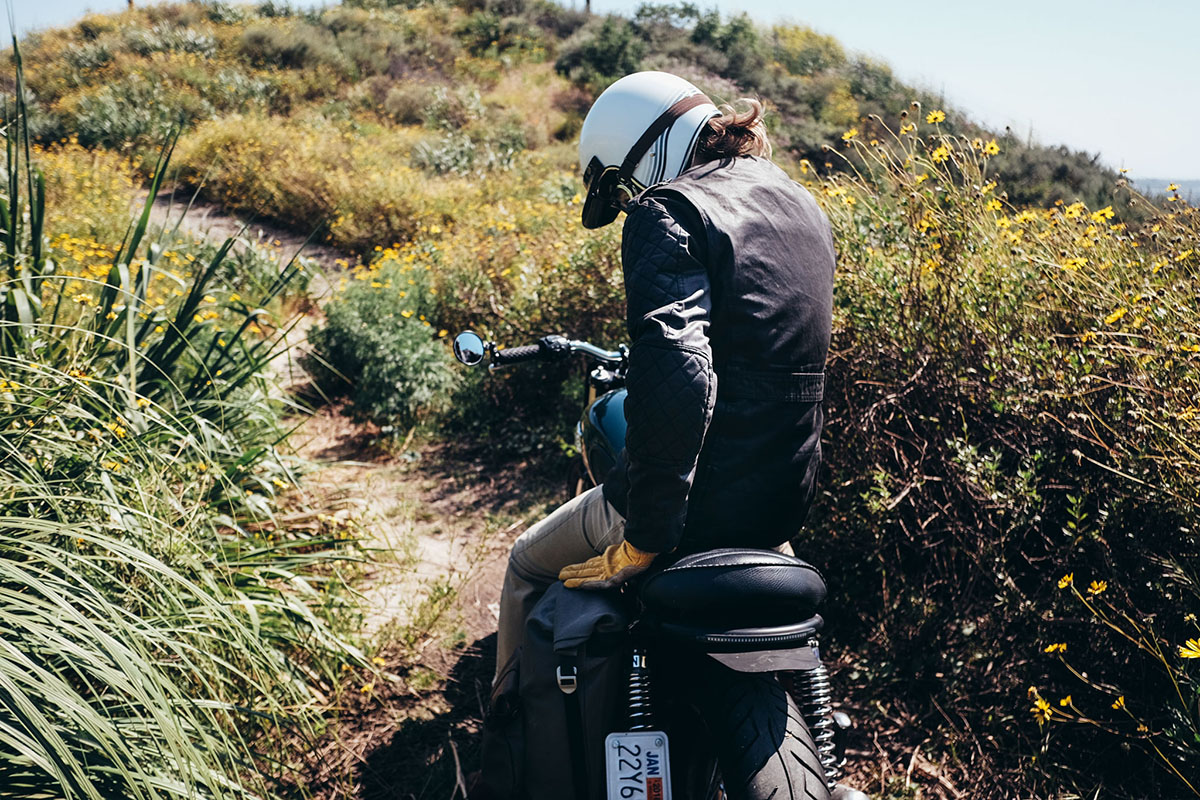 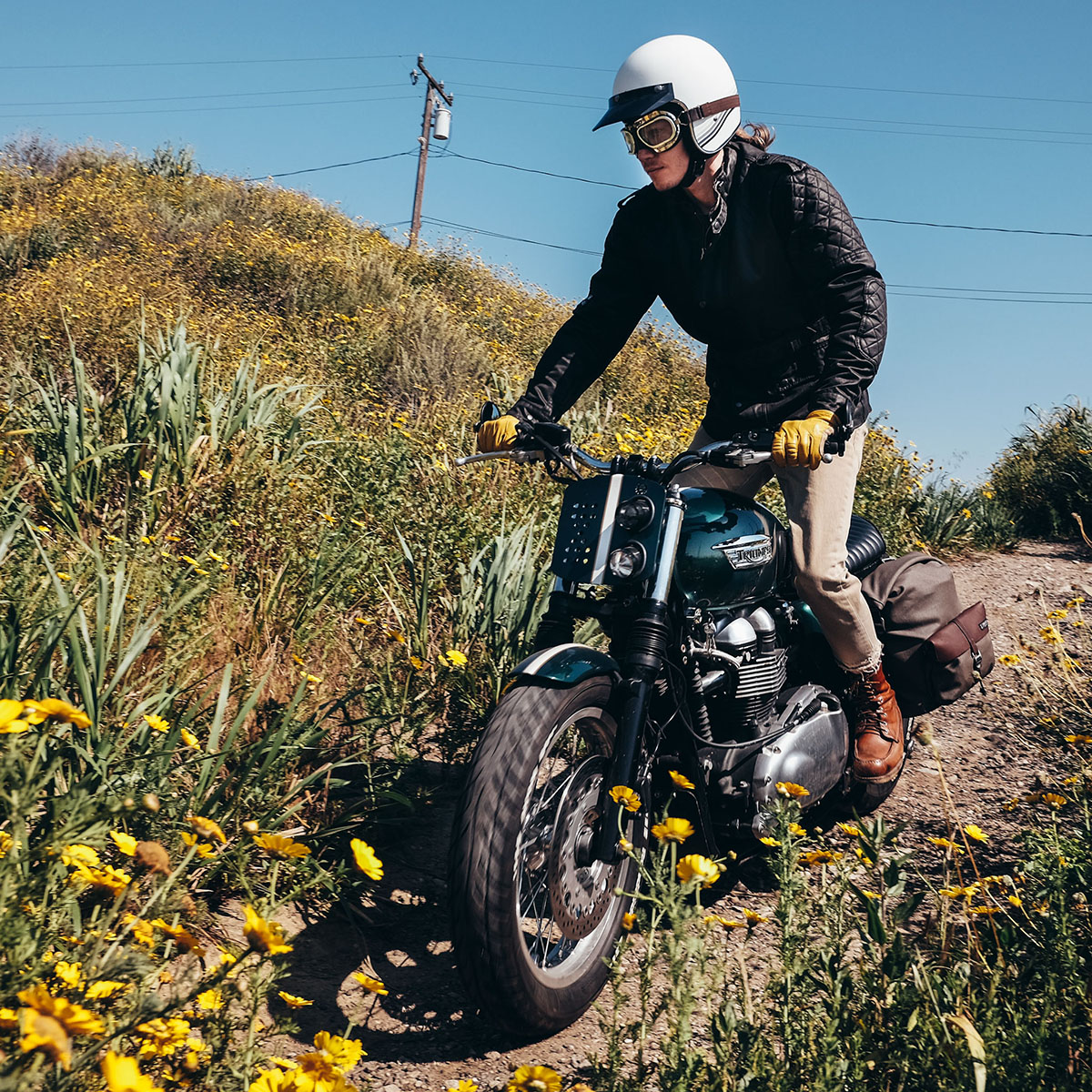 “If necessity is the mother of invention, then this was a necessary move. Personally I loved the look, slightly tracker, slightly bobber, slightly cafe. The big problem now was it was a little waspy in its handling, it was front end heavy. I took all the wiring and hid it under the tank, removed the headlight and gauges and started looking for options. I went down the face plate route with LED lights to keep in with removing everything unnecessary.” 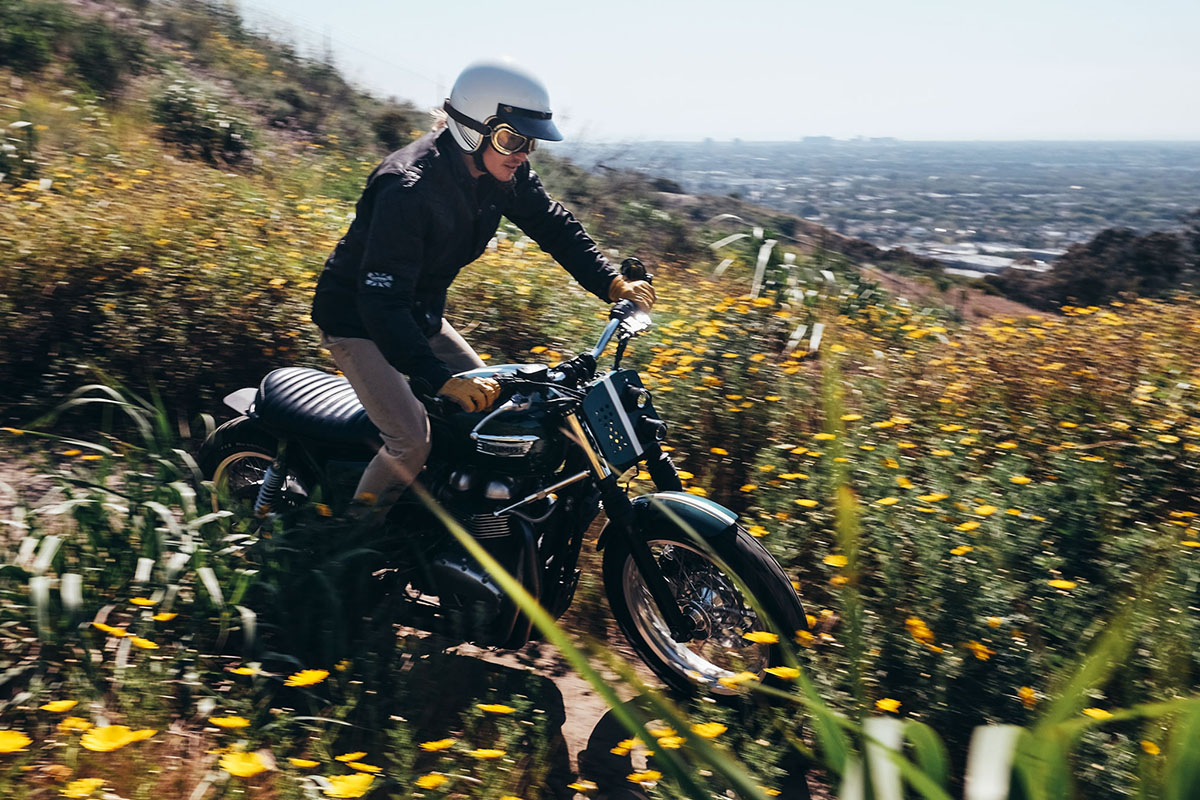 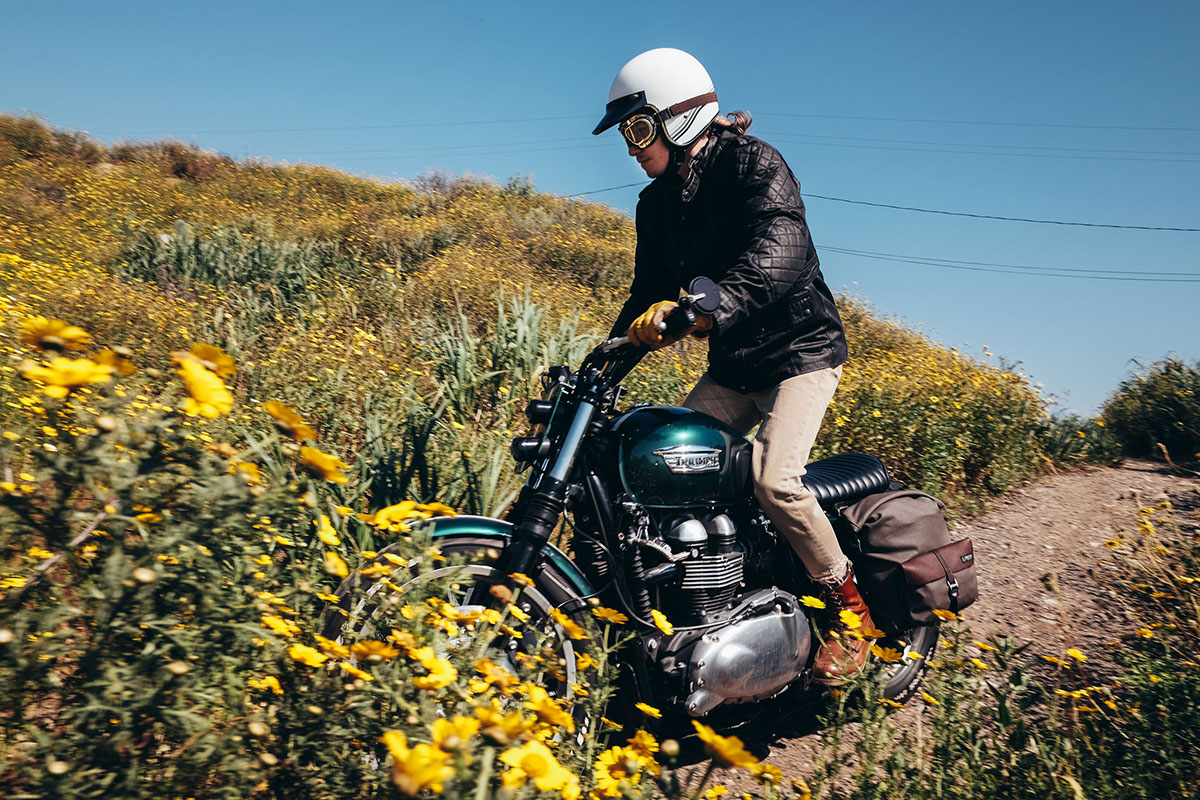 “I love the memories of this bike. Everything I’ve been through in the last four years, this bike has been there with me. It’s forced me to take the hard route and discover unseen lands, meet new people and remind me that the world is a lot smaller than it seems. The bike is a vehicle, but not in the main sense of the word. It is a vehicle for movement, it forces involvement and it drives life.” 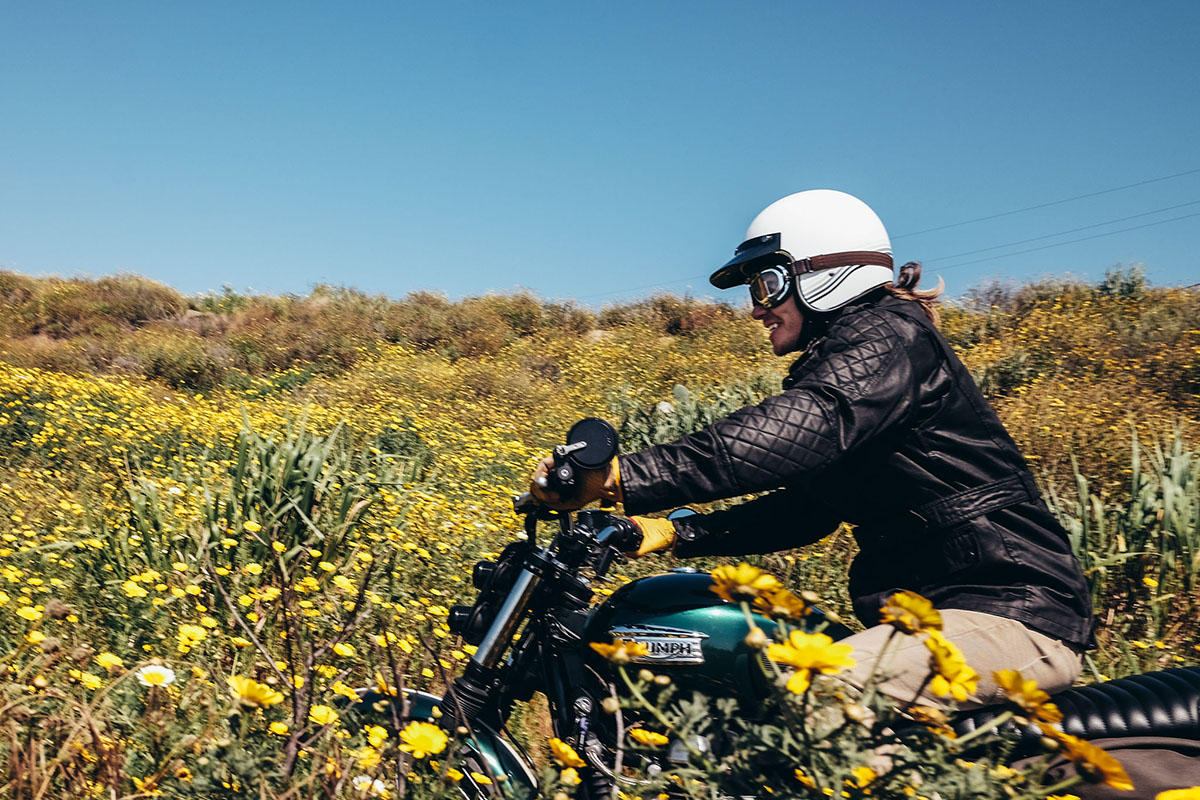