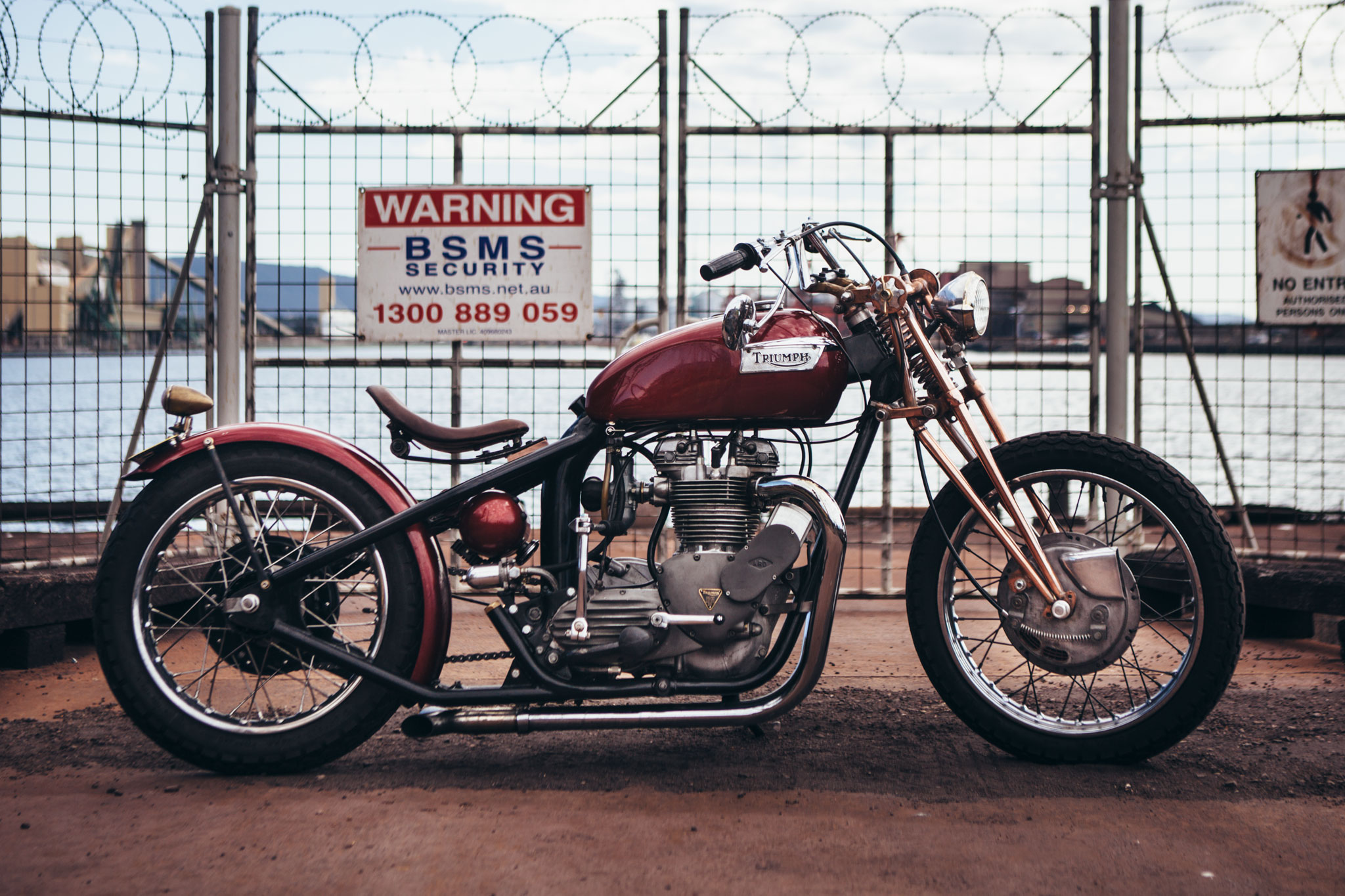 Owning his bike since 1990, Nev wanted to transform it into his dream machine. After nearly two decades of stock life, it was time to flex his custom muscle and turn this machine into something new and exciting. 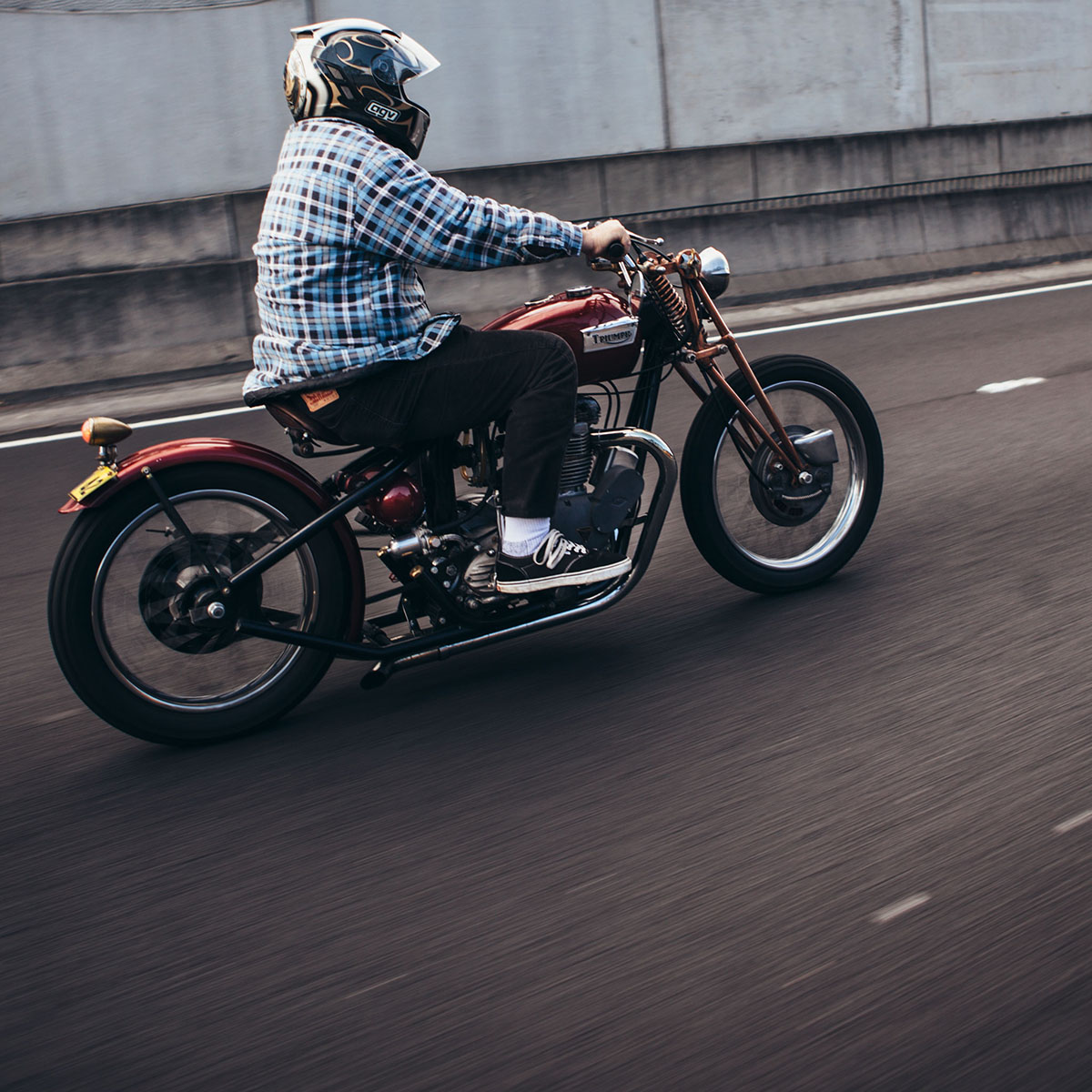 Drawn to motorbikes and riding back in 1972 “just because”, Nev grew up wanting a bobber or chopper. After buying a Triumph 1971 TR6R (with matching number engine and frame, mind you) these dreams would come true. 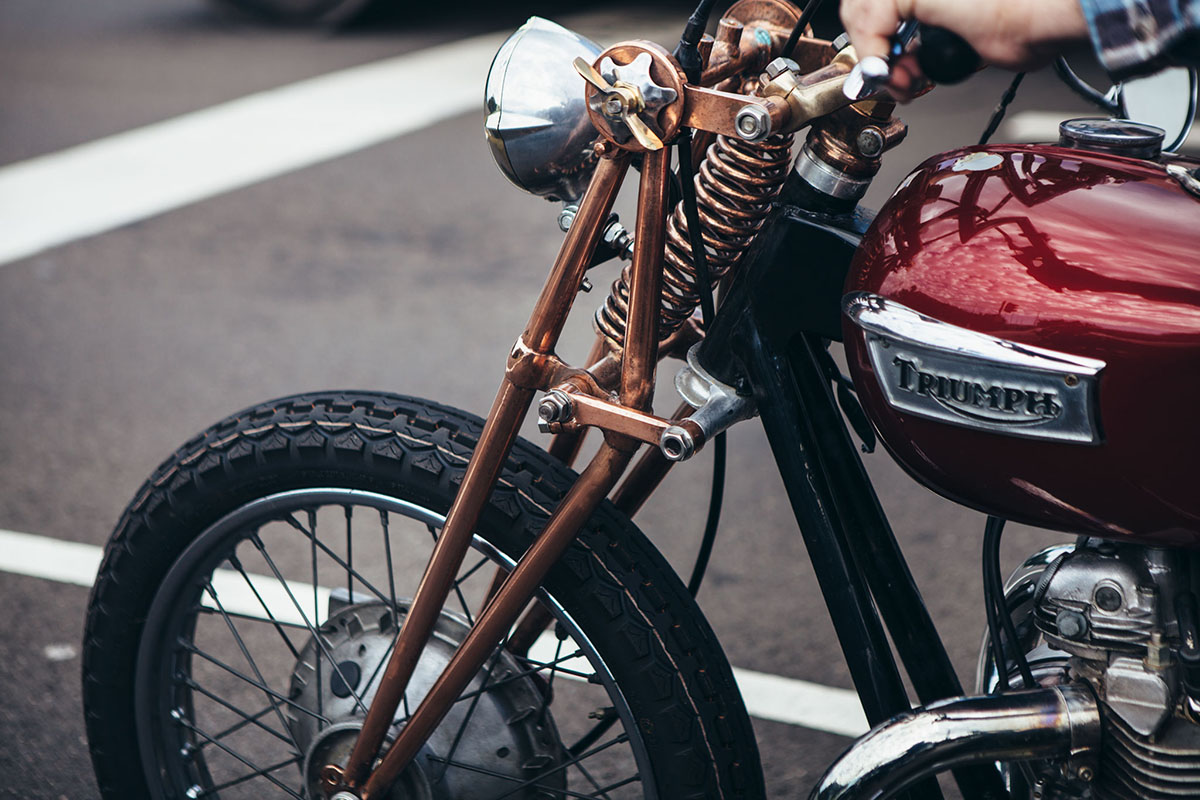 “I have owned this bike since 1990, it was stock until 2013. It was then that I decided to turn it into a bike that I always wanted to build as a kid back in the late 60’s early 70’s. The bike would be a cross between a chopper and bobber, but with all the go-fast parts of the time.  The mods are all from that era; finned covers, dry clutch, ADR magneto, a single seat and a hard tail. There’s also alloy barrels and a lot of internal engine work, lightened conical hubs, a Triumph 1936 oil filter – and of course the girder front end. There is a lot more mods but it’s fun checking out the photos to find them!” 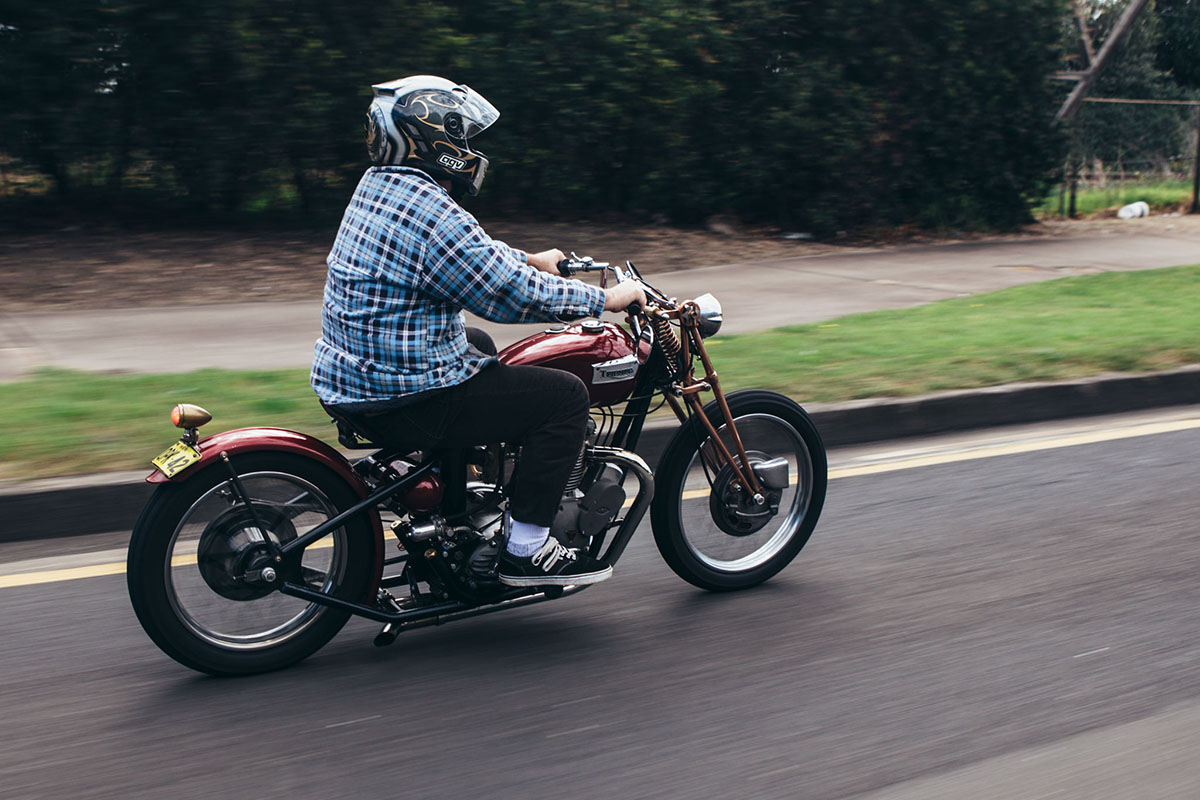 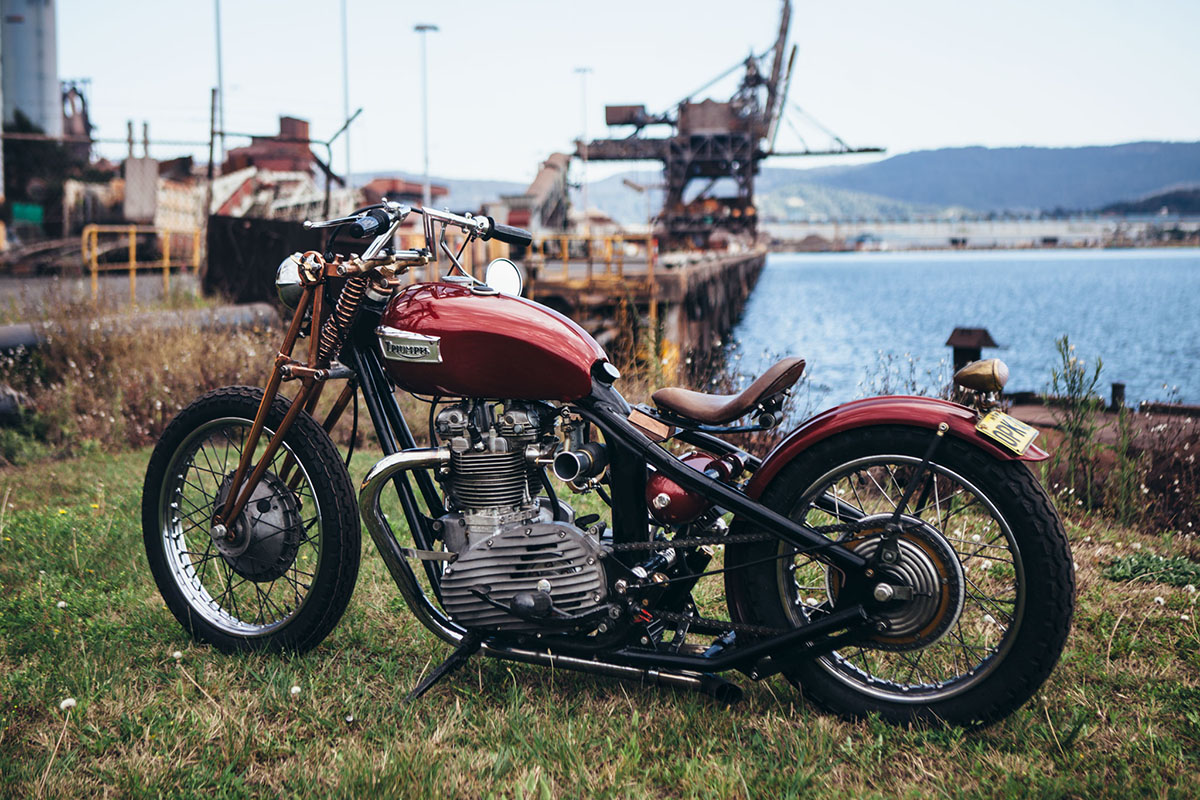 The defining feature of this bike is surely the girder front end. It’s copper stands out like an industrial crown of glory. “I have always liked the look and functionality of girder front ends – I like the raw mechanical look of things. It’s a copy of a 1937 triumph 500 GP frontend. I got the idea when I was at John Scarri of Lytedrive Engineering’s place and he had one that was leaning up against a fence, just sitting there in the weather. He wouldn’t sell it to me but I did find out about the theory behind the engineering and geometry that goes into making a girder. Tapered tubes, both ends (if you look closely) cast fittings, even handmade wing nuts and spacers for the two clutch fittings on both sides at the top. Anyway, off we went and made one for my bike.” 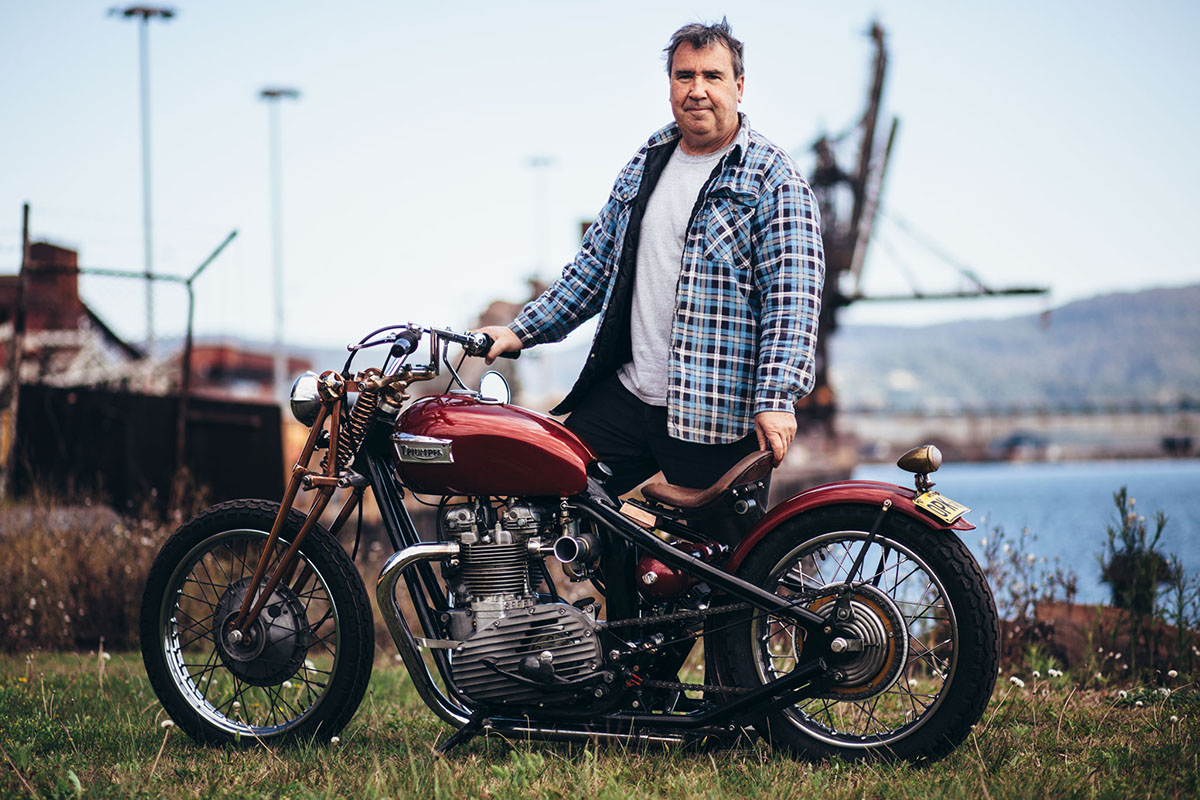 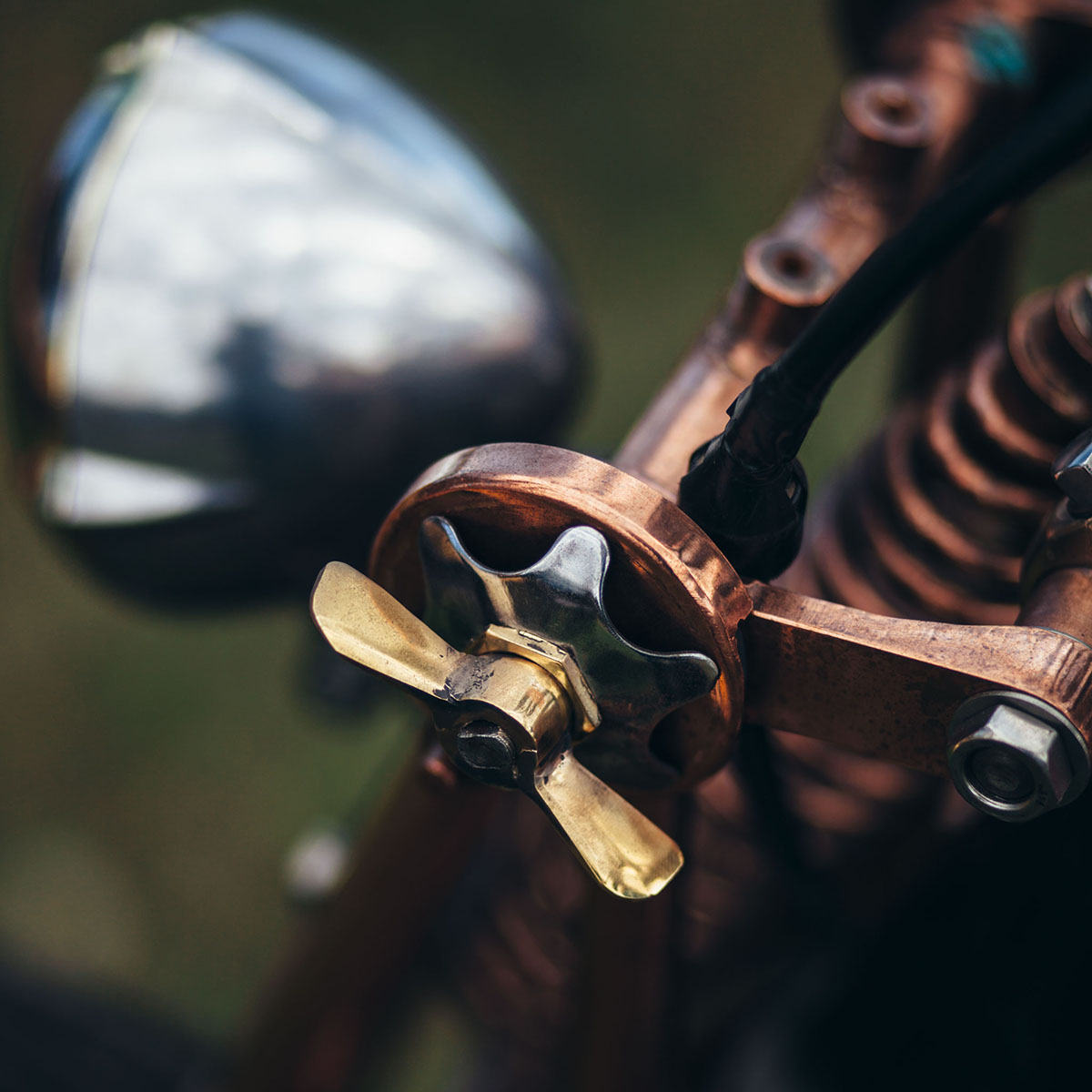 “Until you get the chance to ride a decent size bike that has a girder fitted, you would not understand the positive feel and smooth ride they give. The fastest naked bike in Australia has a girder fitted to it for its stability and ease to make on the fly adjustments.” 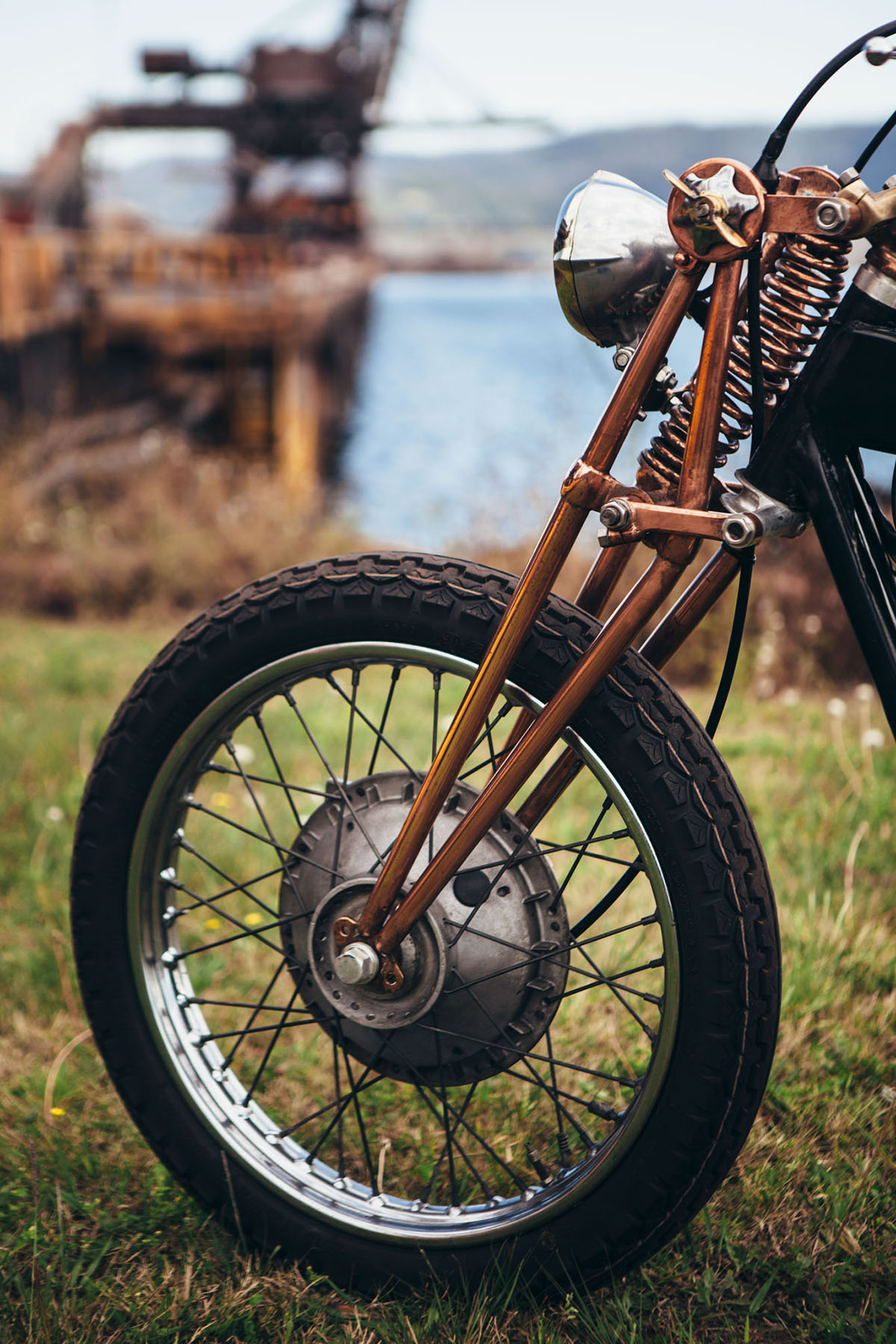 “I really have to thank John Scarri of Lytedrive Engineering. He is the man behind a lot of the parts mentioned above. If he has not got it, he can make it – he is one amazing man.  John can build a triumph motor in less than a day – new crank, barrels, pistons, some head work (read: super-size kit) tuned and balanced and back in the frame and then test riding it down to the Chinese restaurant for dinner. I know that is true, because it was my bike!” 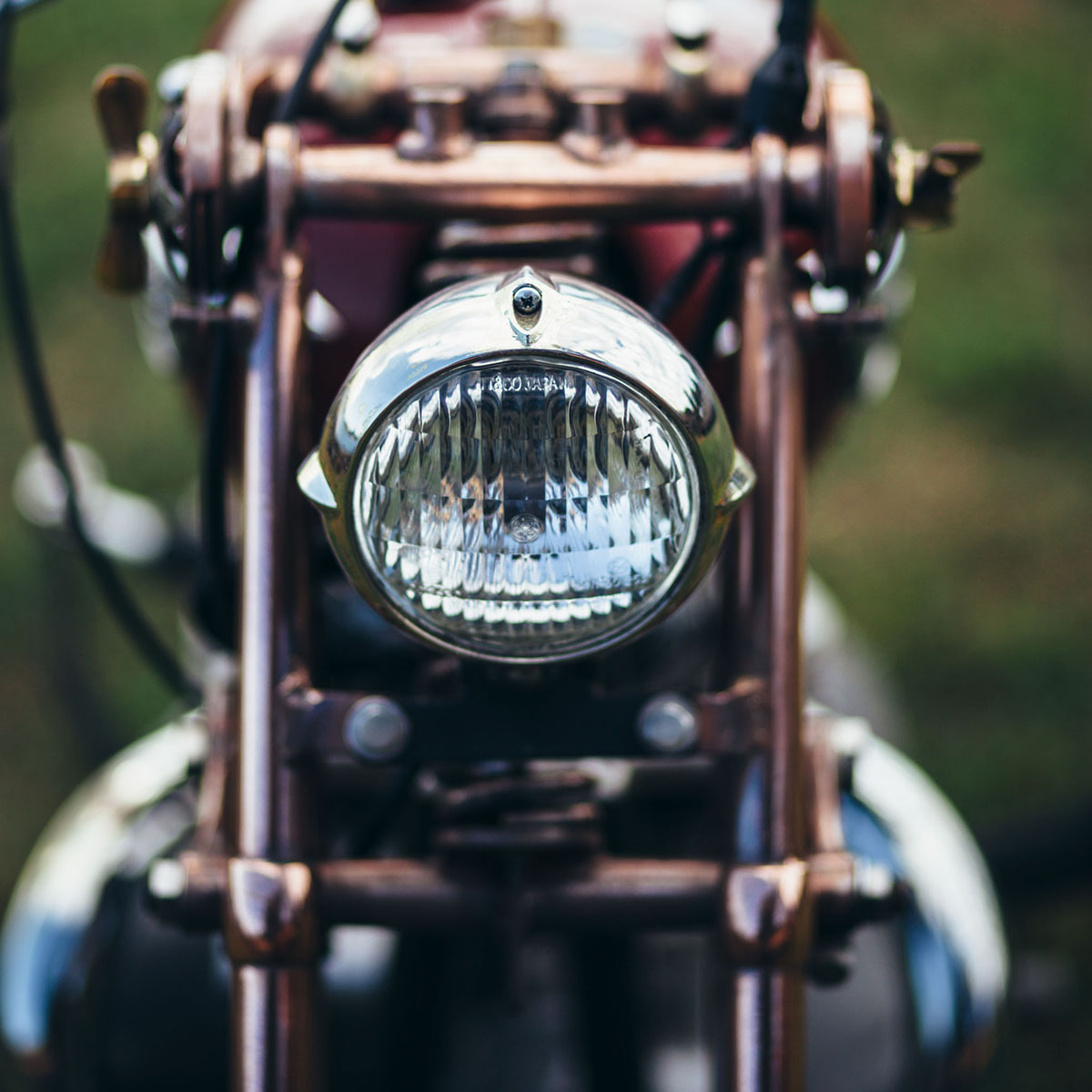 Having owned this bike for longer than some riders have been alive, there’s a definite bond between Nev and his machine. “To me, this bike is an old friend. I have owned it for more than 25 years – and even though I have tarted her up a bit, it’s still my old friend. It leaks oil, goes fast enough, and starts first kick always.

I’ve had my bike licence for years before I got my car licence. So riding is like breathing to me; it keeps me alive. Who the hell thinks of a reason for doing what you love doin’? You just do it!

What more could you ask for?” 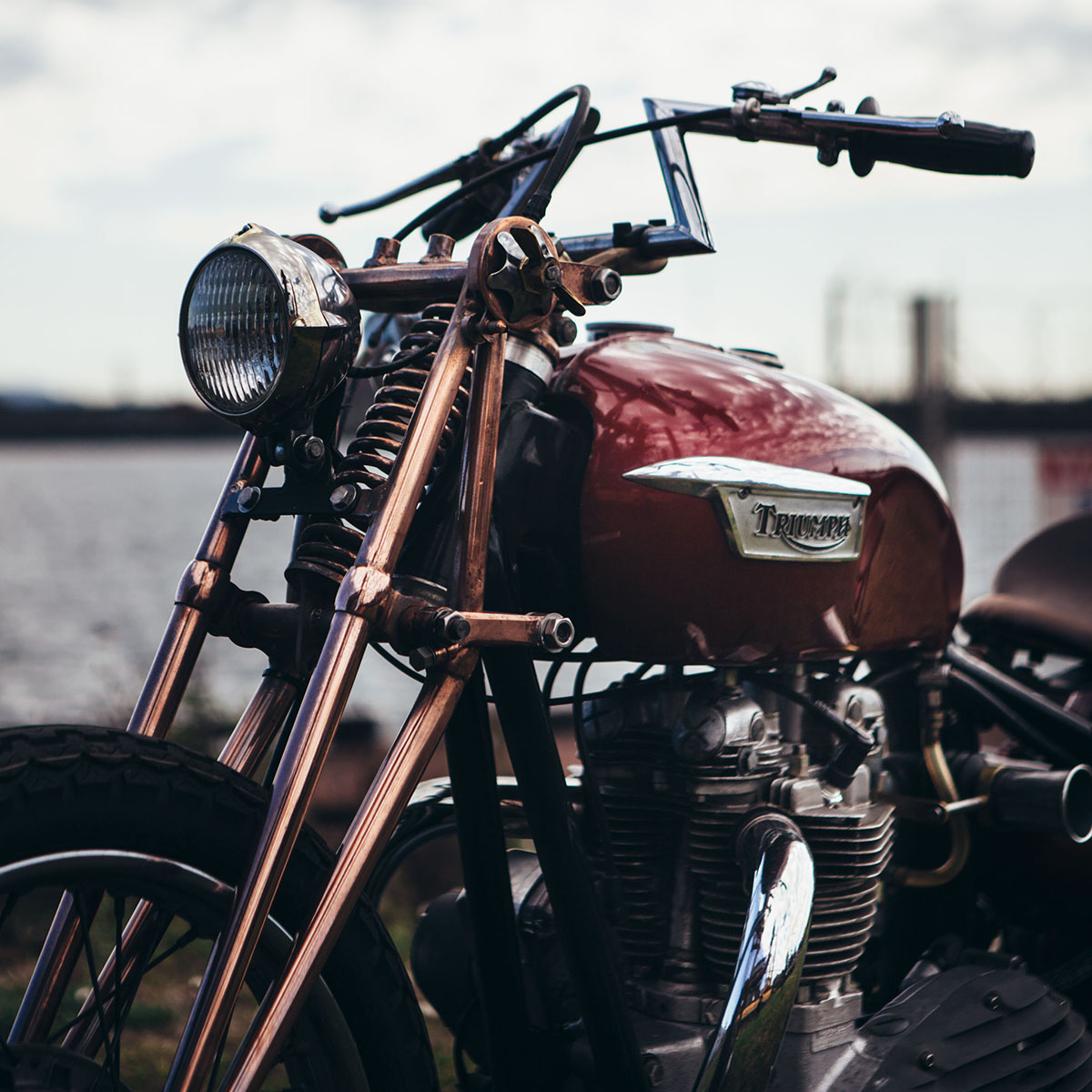 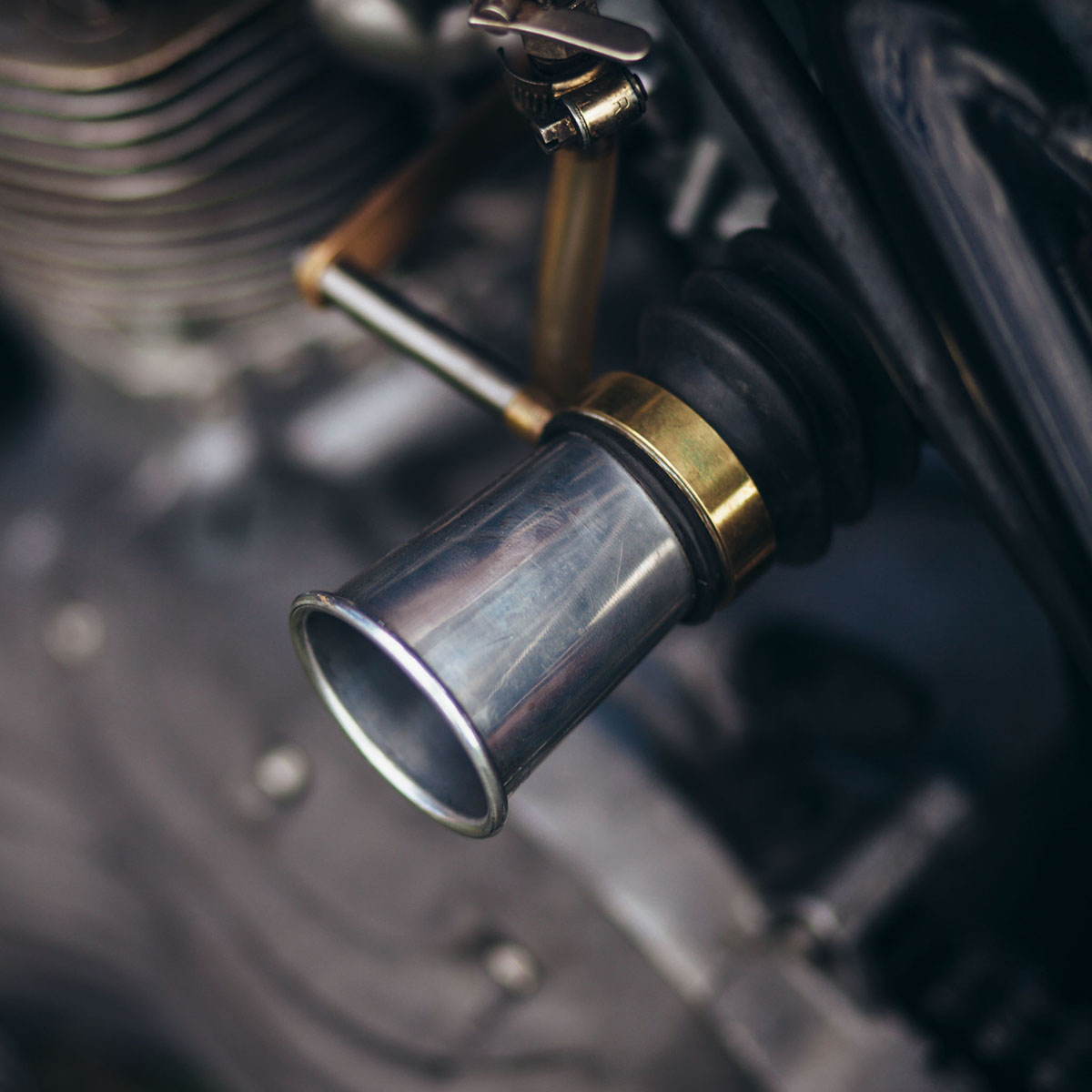 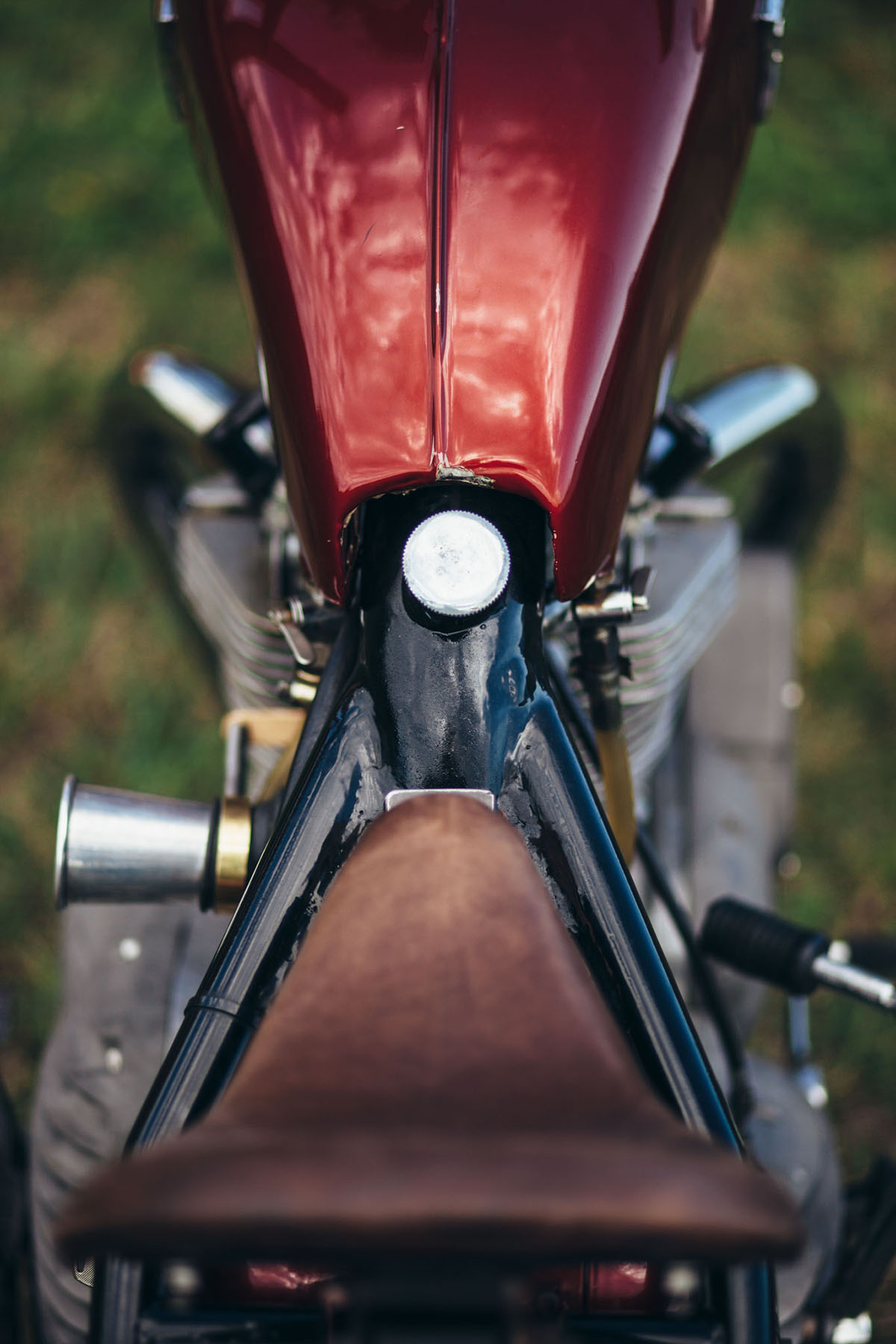 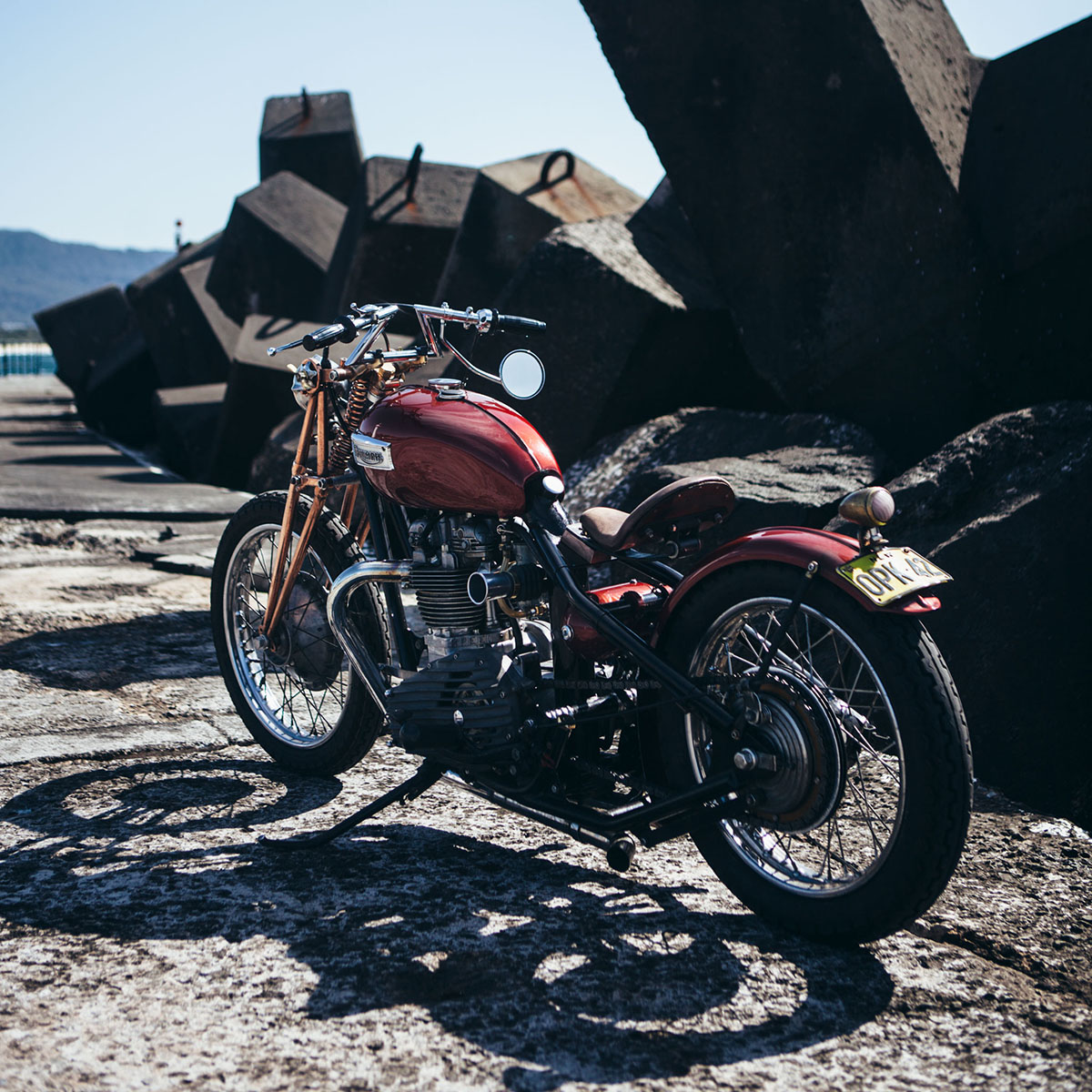 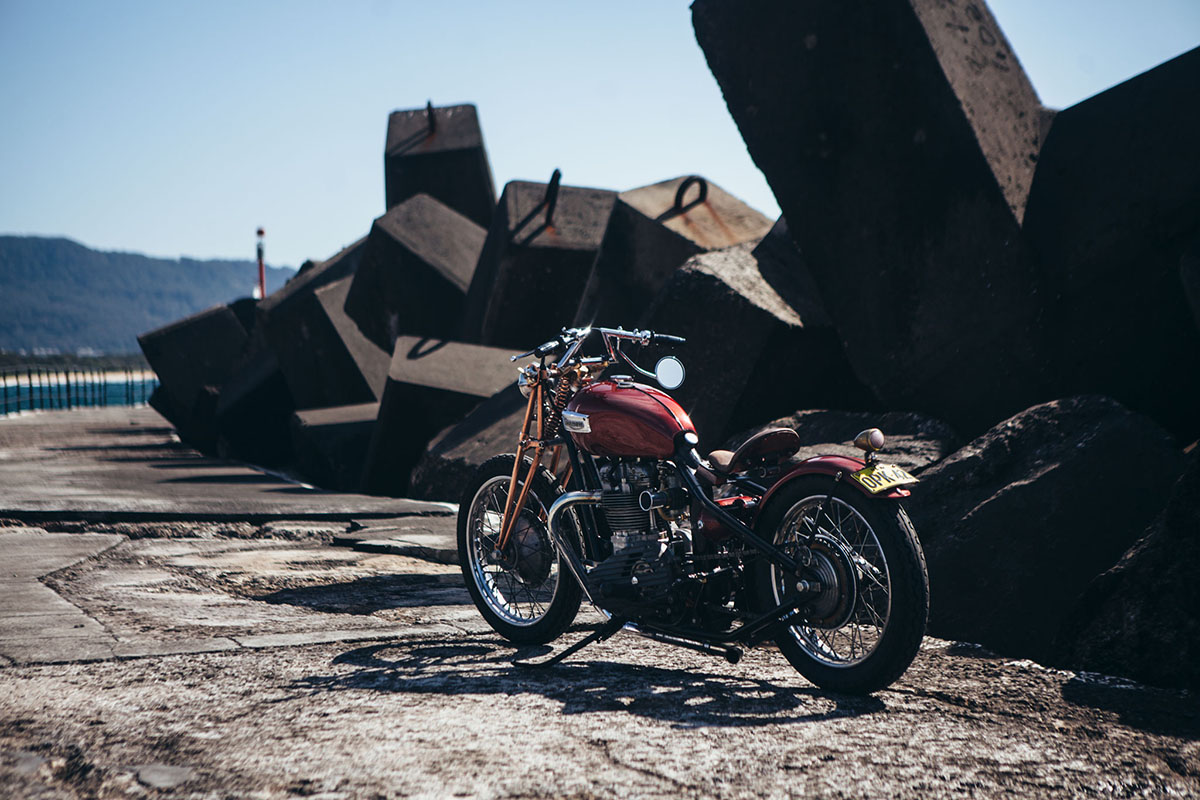 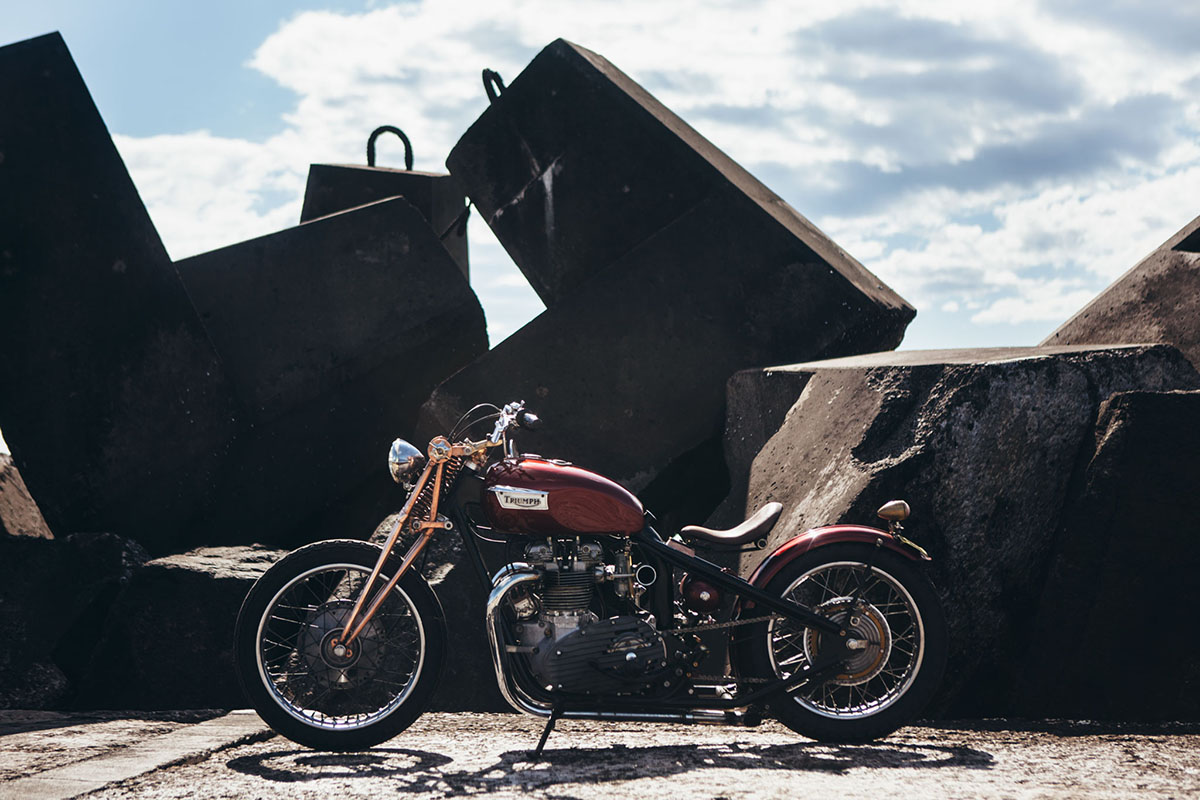 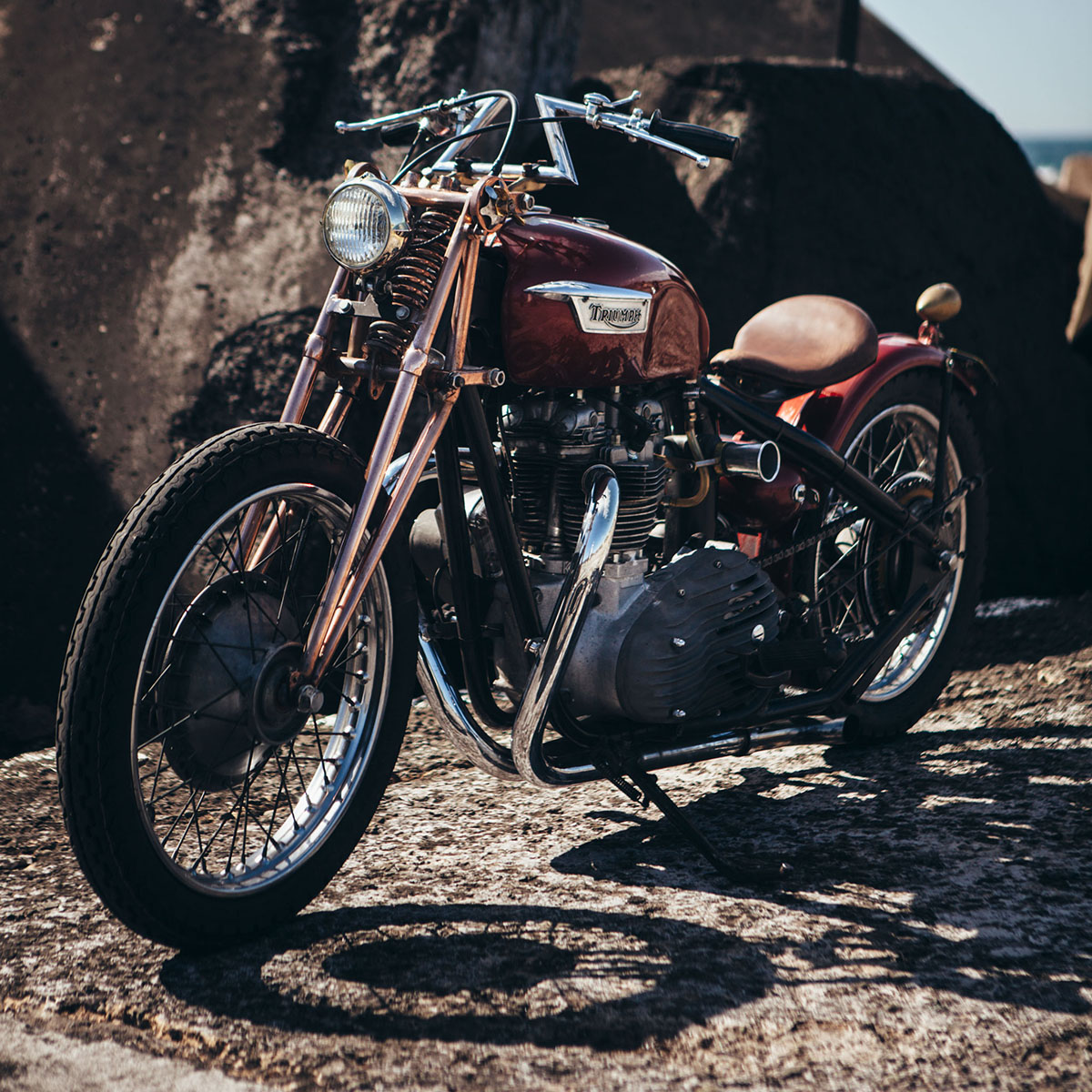