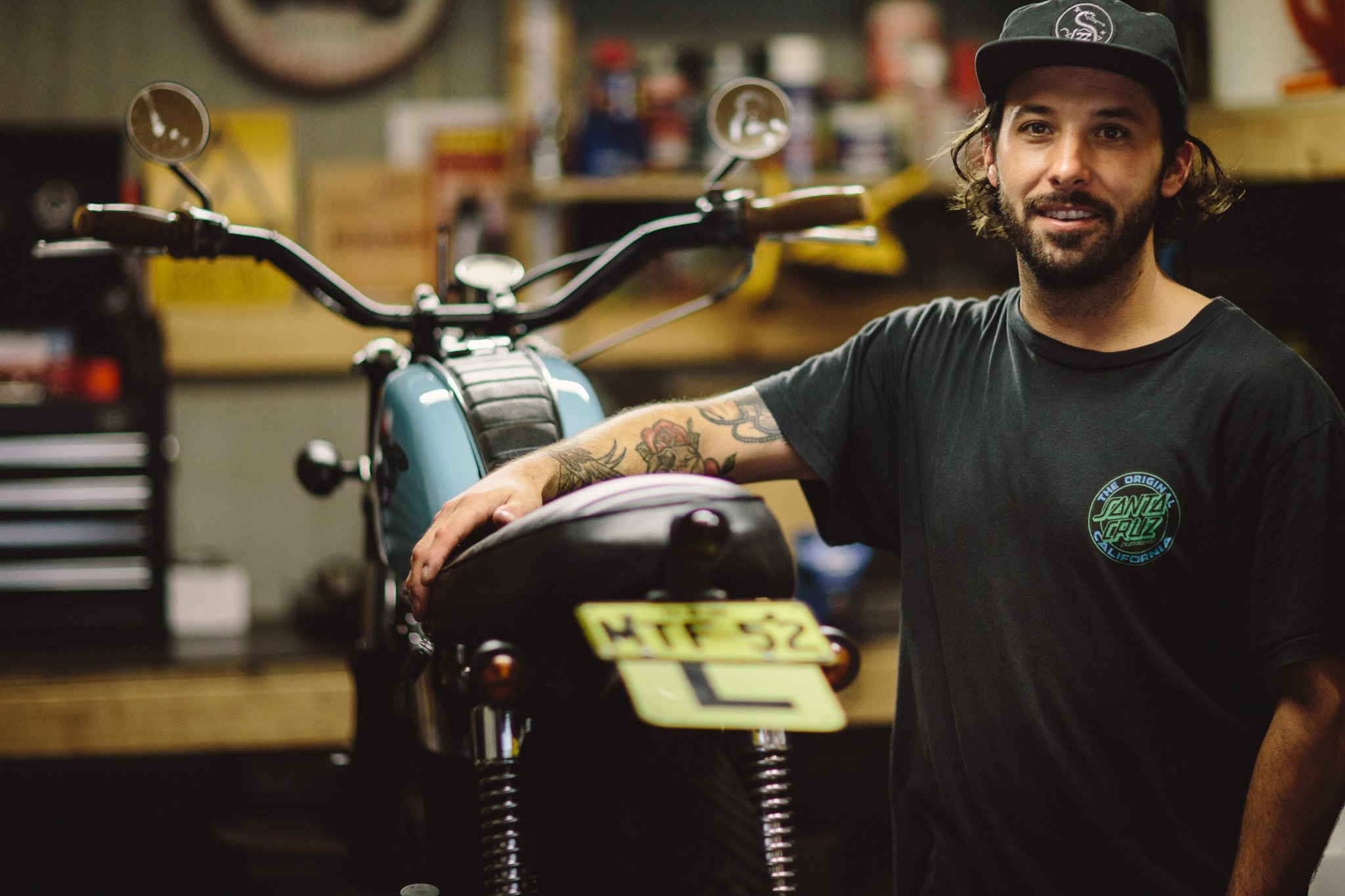 You may remember Oliver from Throttle Roll posts such as ‘Muntjac – Oliver’s Kawasaki W650’ and… well that’s about it, for now. We took a cheeky gander in his lockup of wonderful machines, where we’ll be seeing some kickarse builds emerge in the future.

Growing up surrounded by bikes and learning to pull them apart and (most importantly) put them back together would lead Oliver on a longstanding career in the motorcycle world. His talent for wrenching was recognised at the age of 16 as he was offered an apprenticeship at one of the only motorcycle mechanic schools based in the UK.

From here, Oliver would end up wrenching for Ron Parkinsons for years, fulfilling his dream of being a race mechanic. This is also where Oliver’s racing career would begin. “The racing scene took me around the UK’s best circuits for the best part of 2 years until my mate Gary finally decided to hang up the leathers and open his own shop. Naturally I followed suit and worked alongside him, working on all makes and models of motorcycles including the odd Harley ditch pump.” 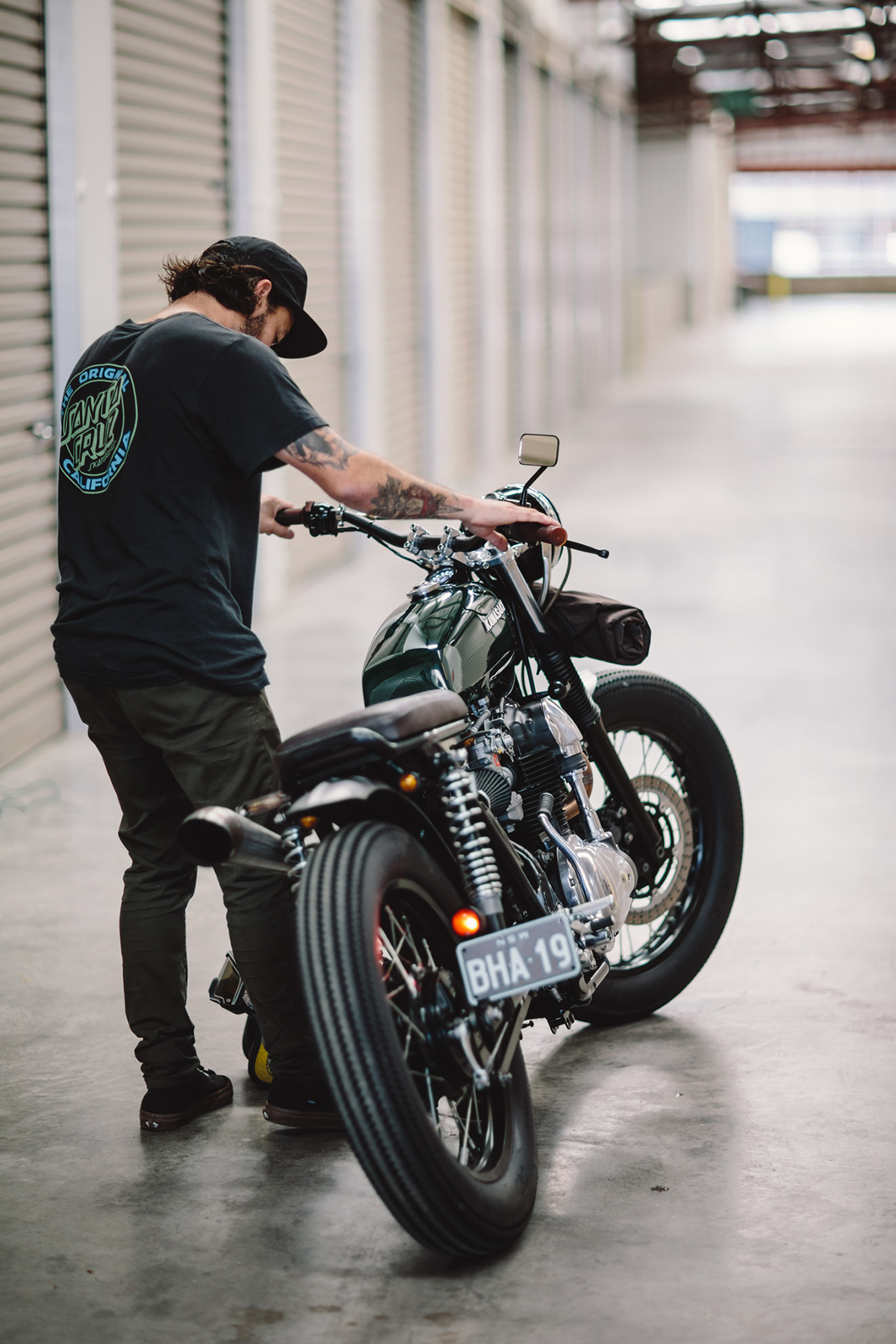 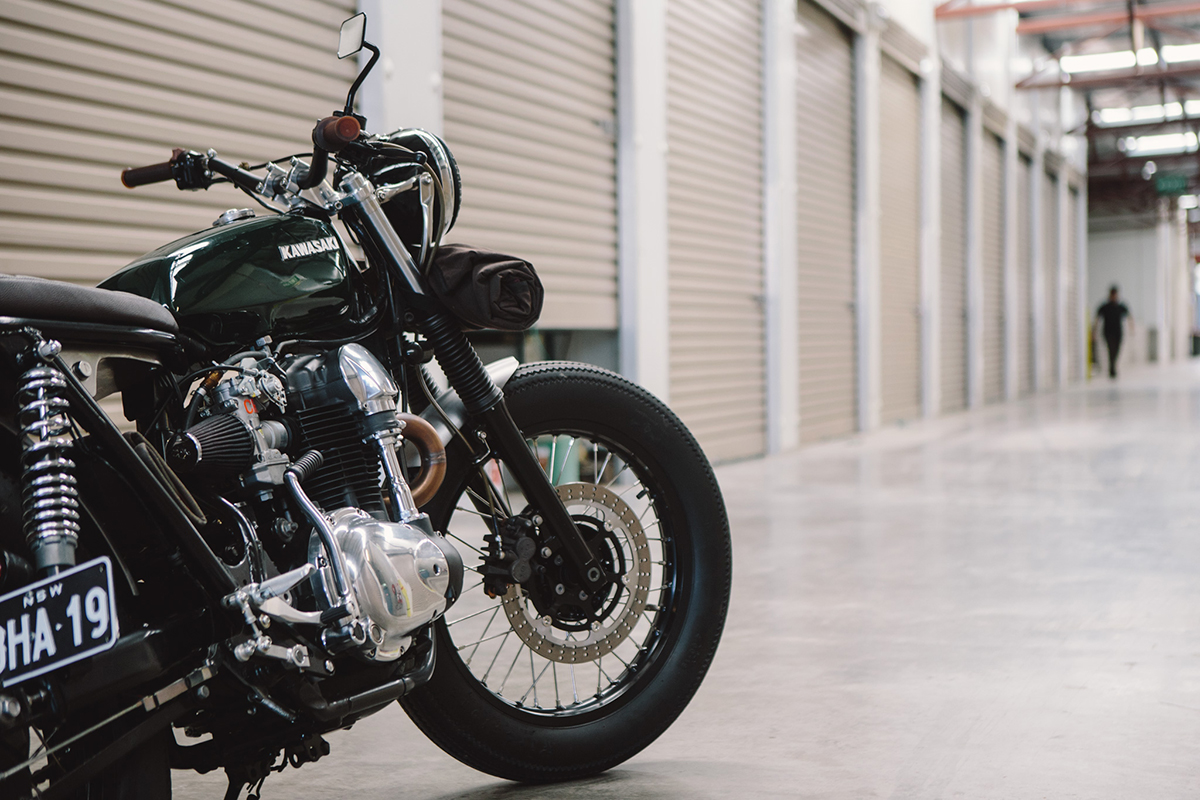 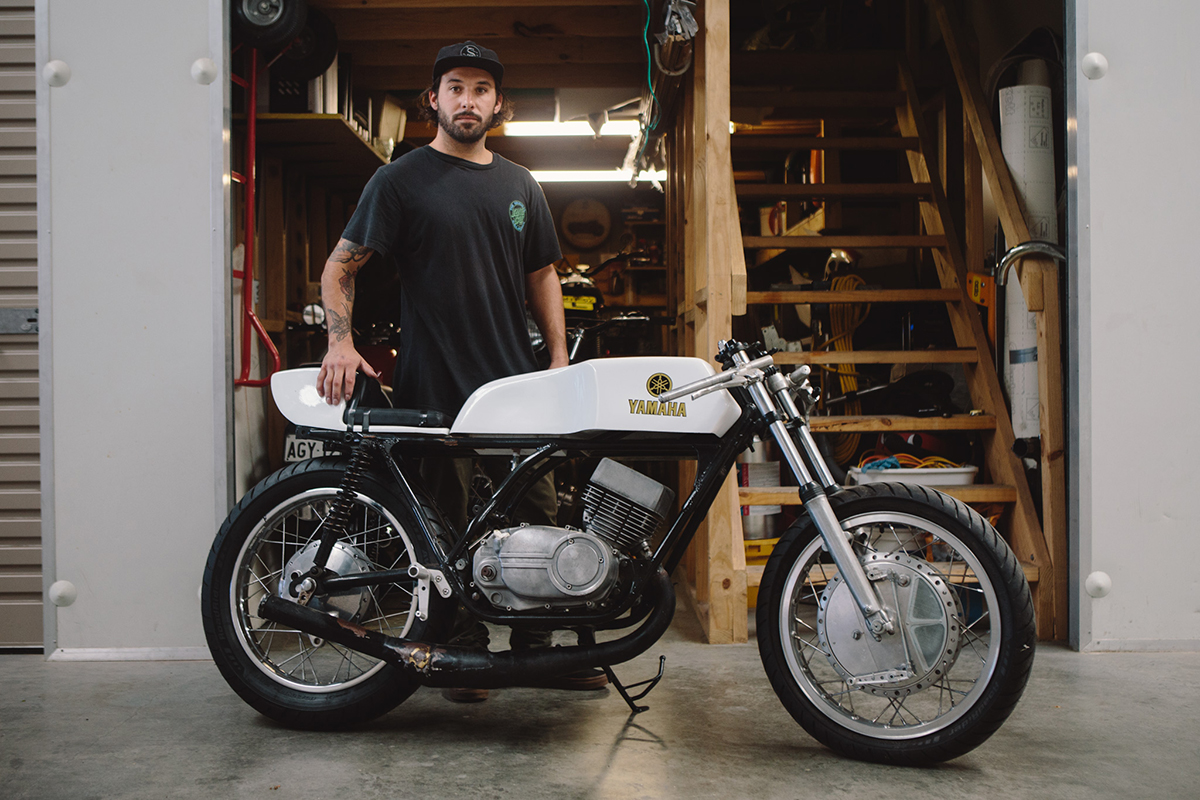 It was in 2004 that Seton Tuning approached Oliver, hoping to have him tune, build engines and spanner for their Kawasaki 600 British Supersport Team. “I jumped on board, followed and supported the team for 2 years until I decided to retire the greasy overalls for a bit and go see the world travelling”. This decision would land him in Australia, where he still spanners and tinkers on bikes, however now for himself as he creates bespoke builds in his own little lock up.

“I started renting this workshop after I bought my second bike, the 1959 Royal Enfield 350 Bullet. I knew I wasn’t going to stop buying bikes to work on, and had decided I would keep my winters busy building custom classics.” After having his tools shipped over from the UK, it didn’t take long for Oliver to get set up and start pulling apart bikes and getting back into the greasy overalls.

A steady flow of bikes have been seen in his space, as his restores and customises builds for himself and others. “I restored and café’d a barn find 1979 Yamaha RD 250, keeping it pretty original but tidying up the battery location, minimising the wiring and unnecessary junk and trying to give it a classic race style. The Yamaha RX 125 I have was purchased to make a beach bike tracker, but its kind of been brushed aside for the time being as I’ve just bought a dream build of mine, the 1973 Yamaha R5 350 I currently working on.”

Trying to spend at least 2 nights a week in his workshop, any and all spare time is funnelled into his builds, especially winter. “I’ll be living down there this winter for sure, especially now that I have a bar fridge! I’m going to be very busy over the coming months, it’s exciting to build something that people will appreciate, so watch this space!” 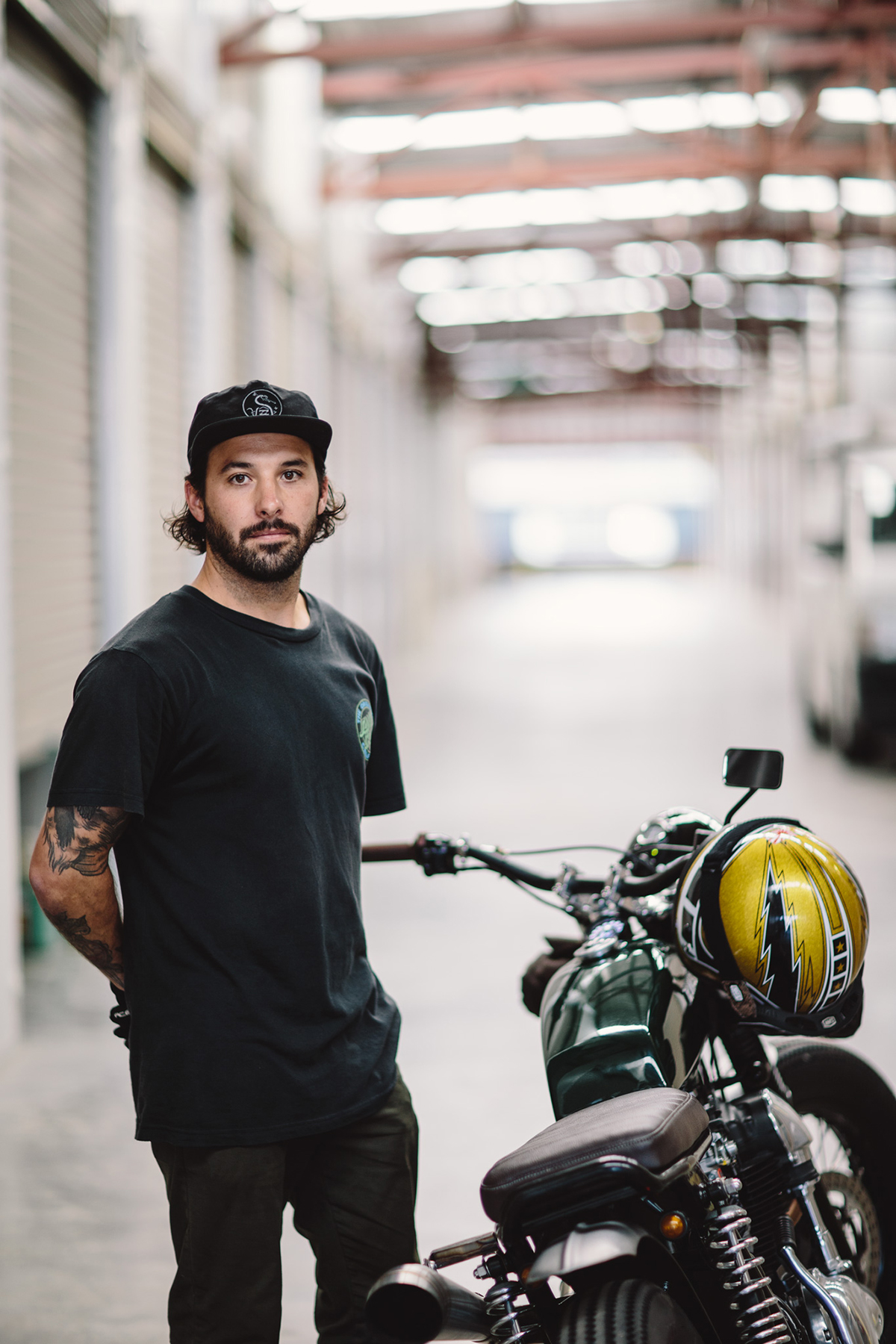 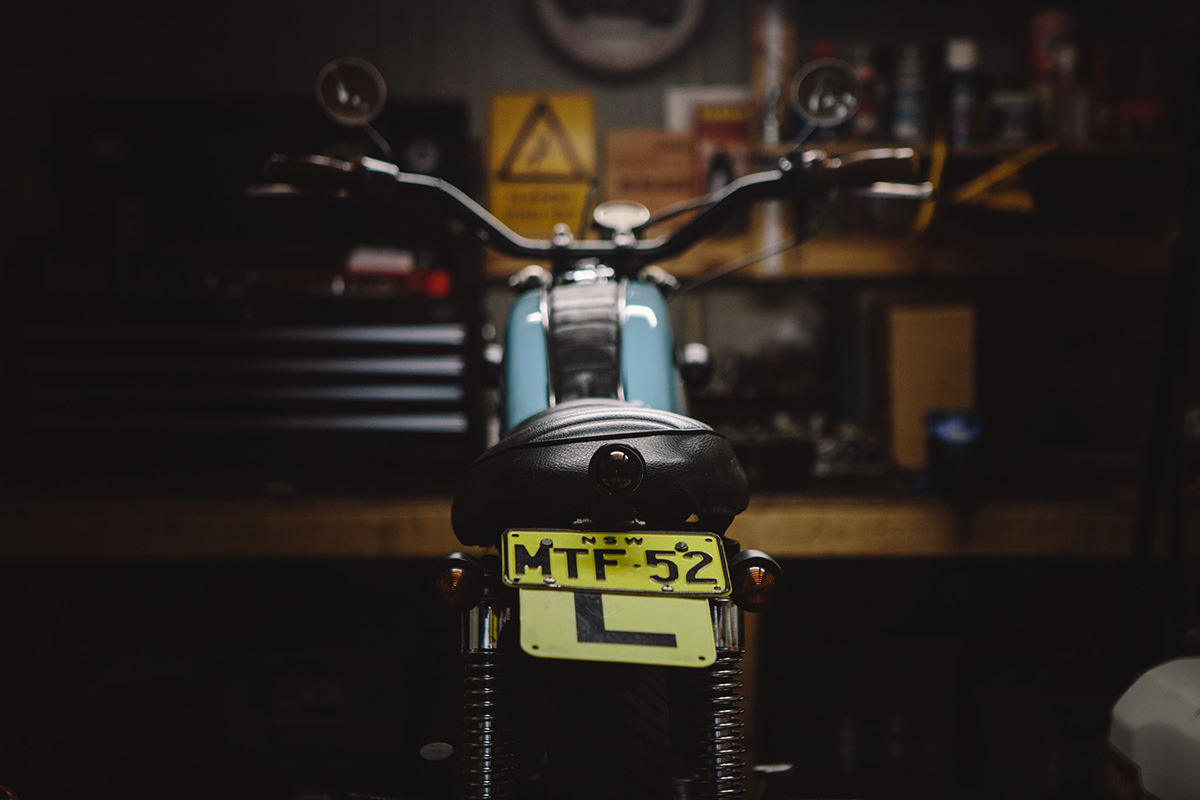 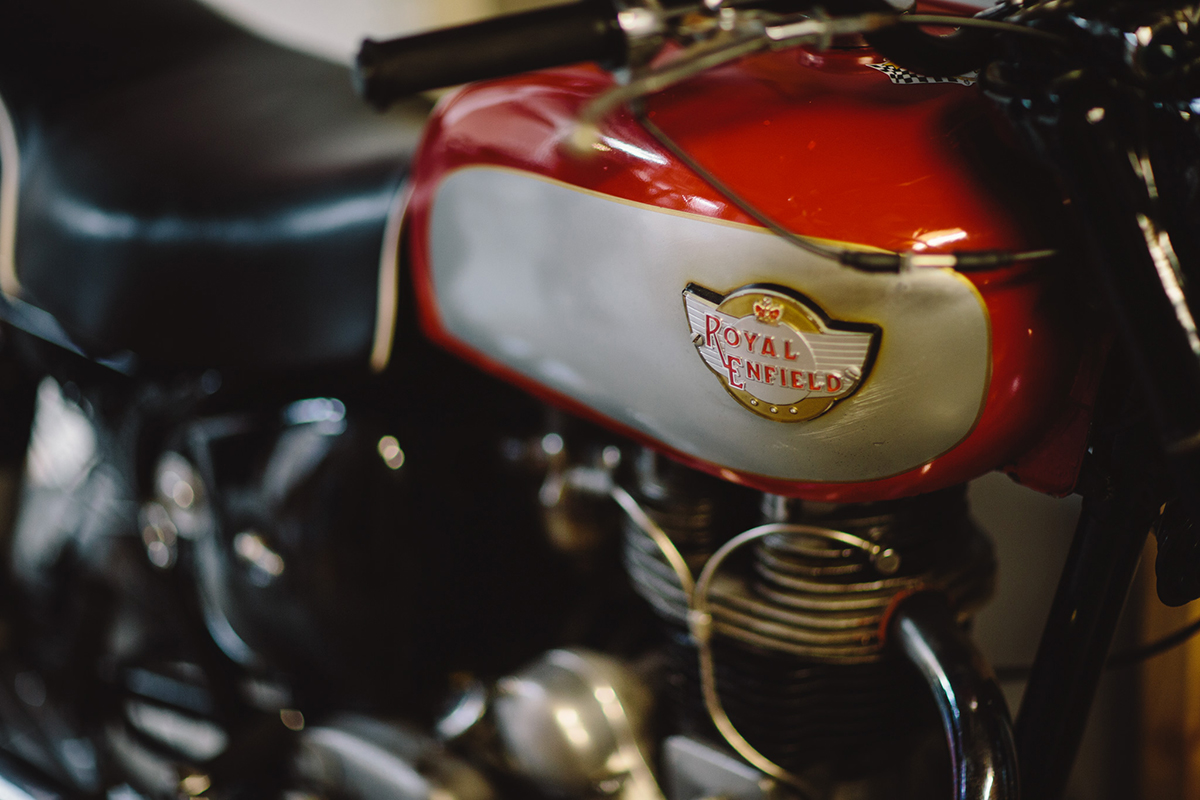 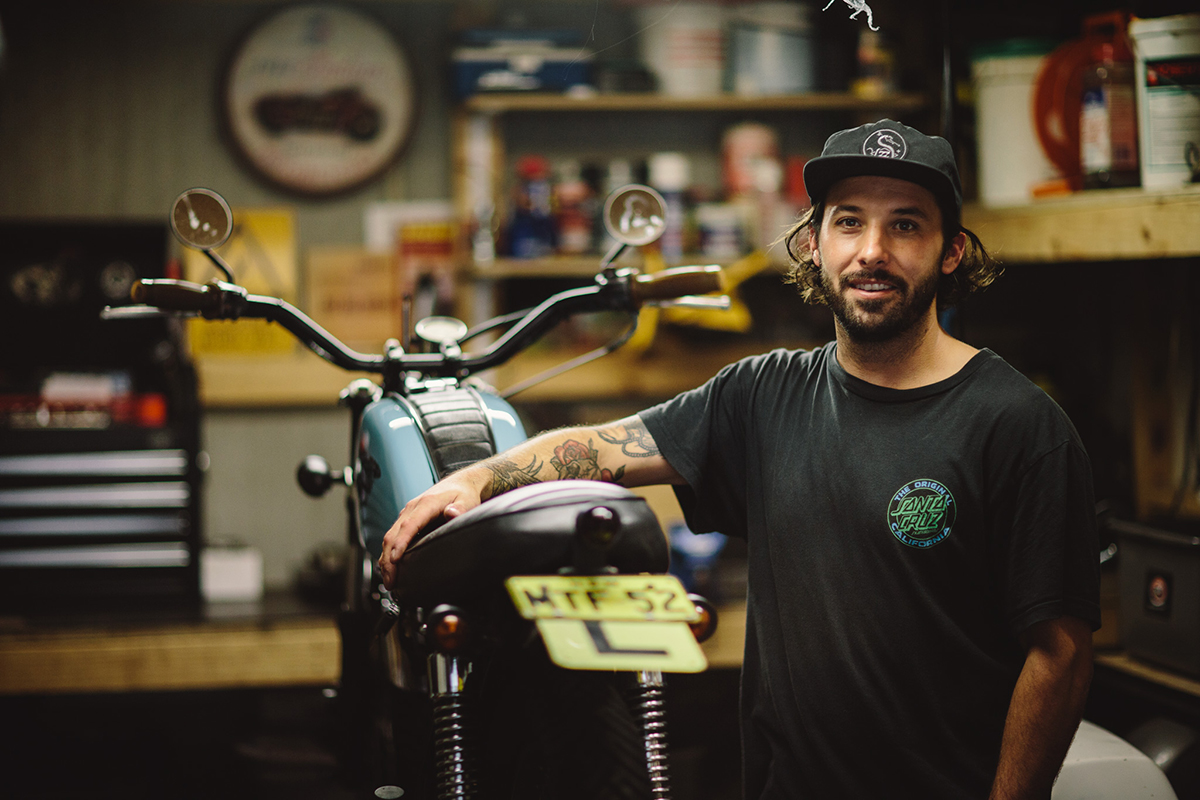