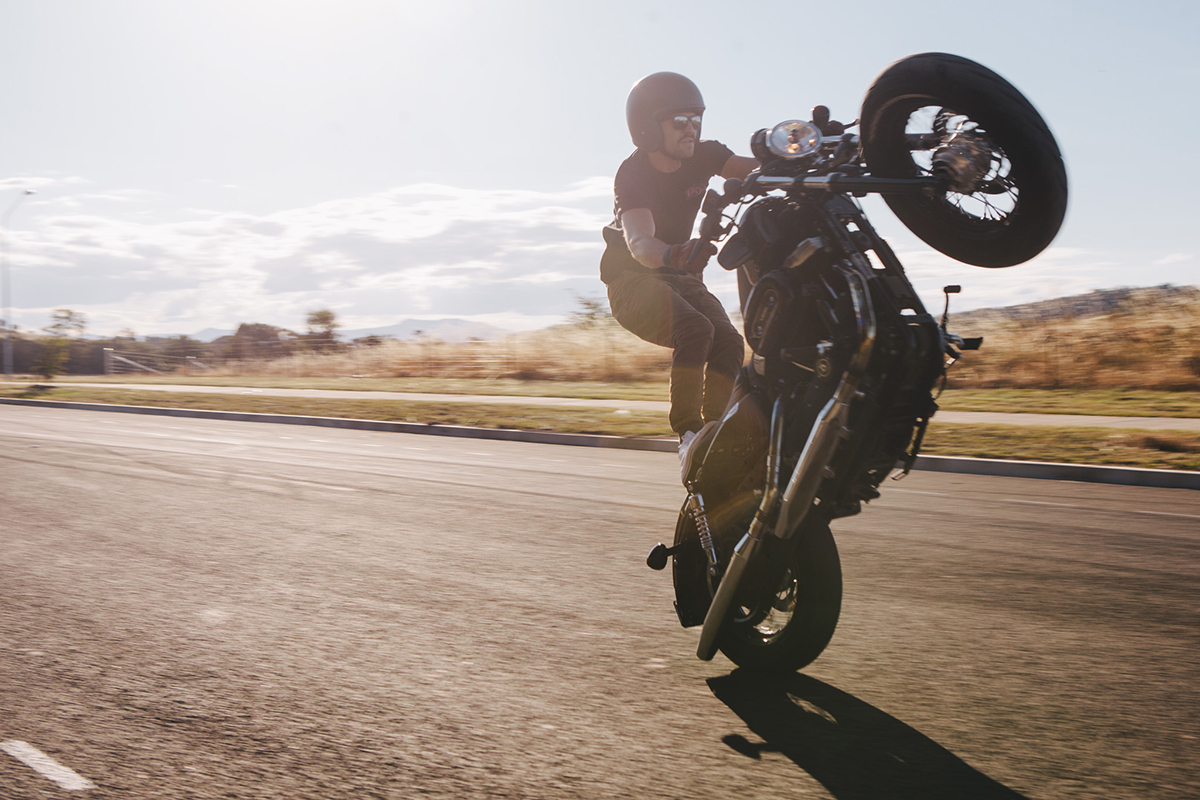 From belting old Honda XR80’s up hill to get them to wheelie, to standing on Harley’s with one wheel up, there’s no bike around that James can’t cause mischief on. 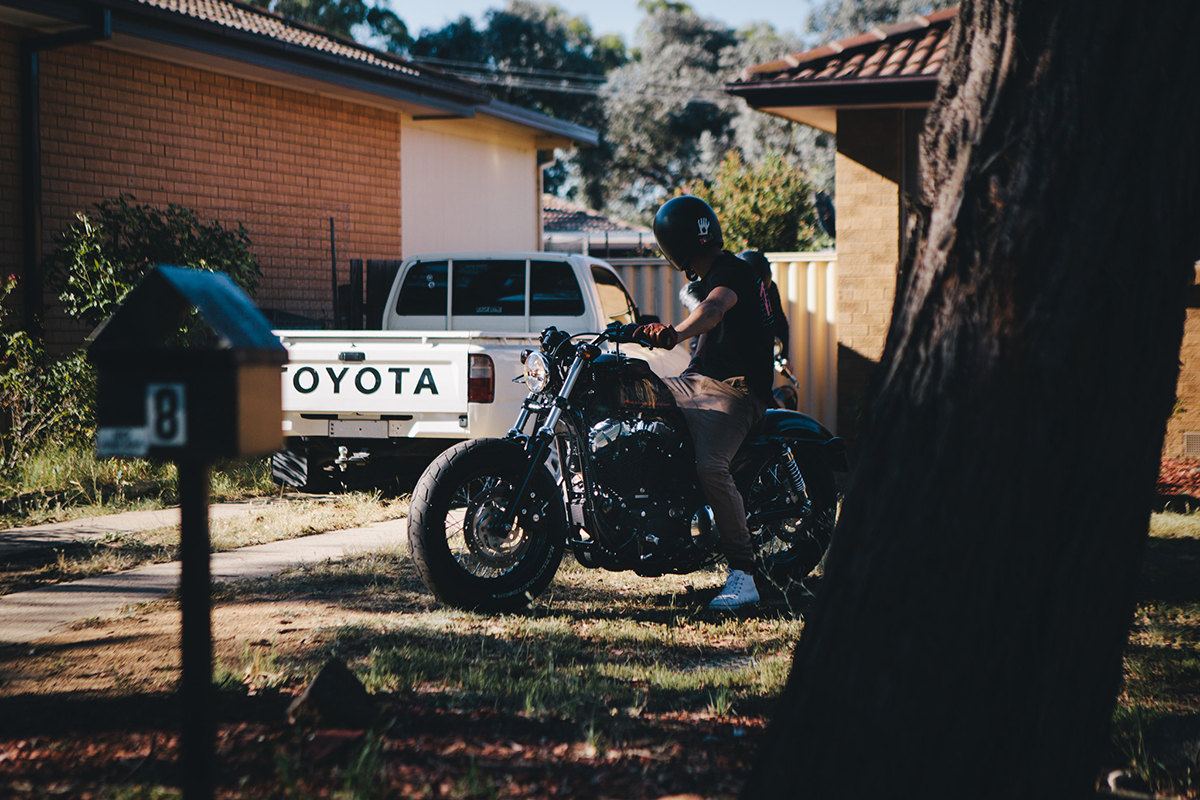 After a move from Melbourne to the South Coast of NSW when he was 4, James started squirting about on the ever-common peewee 50, a bike many started on if they were lucky enough to convince their parents to buy one. “I soon upgraded to a trusty old Honda XR80, although I kept blowing it up as I held it flat out too often since I only wanted to go faster. This was the bike I started to learn wheelies on. Riding it up hills was the trick to get those power lacking farm bikes vertical. I then moved onto an XR200, but these farm bikes were too slow and handled poorly so I saved up my pennies and bought my first race bike – 2001 Yamaha YZ125. Having good suspension and power took my riding to the next level.” 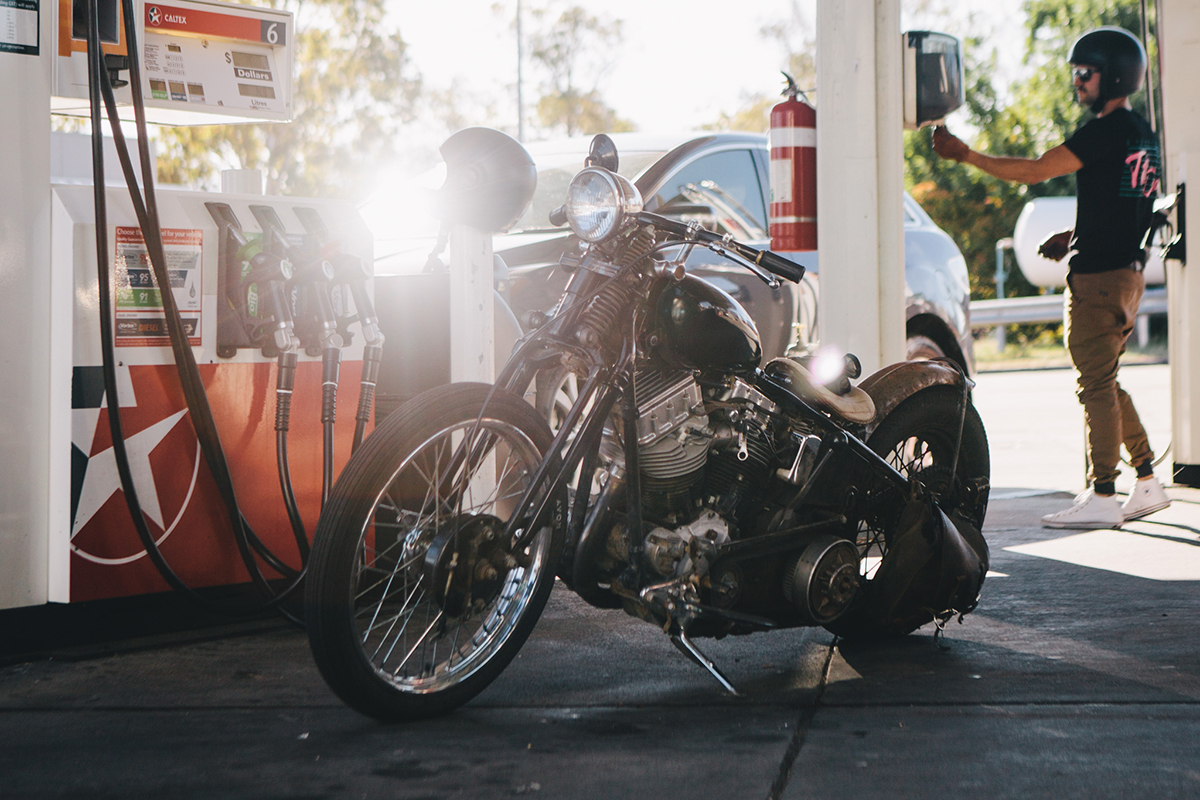 “I started doing proper wheelies was when I upgraded to the race bikes, and used to ride from my farm to a mate’s farms. We had a lot of country dirt roads so one-wheeling it was boring. We used to have wheelie comps to see who could one-wheel the longest, which lead to our skills growing and being able to tackle corners, and then learning to stand up and do one footed wheelies! The longest wheelie I’ve ever done on the dirt bike was 4.7 km’s from one property to our farm. I’m pretty sure I still hold the longest wheelie record amongst the boys back home!” 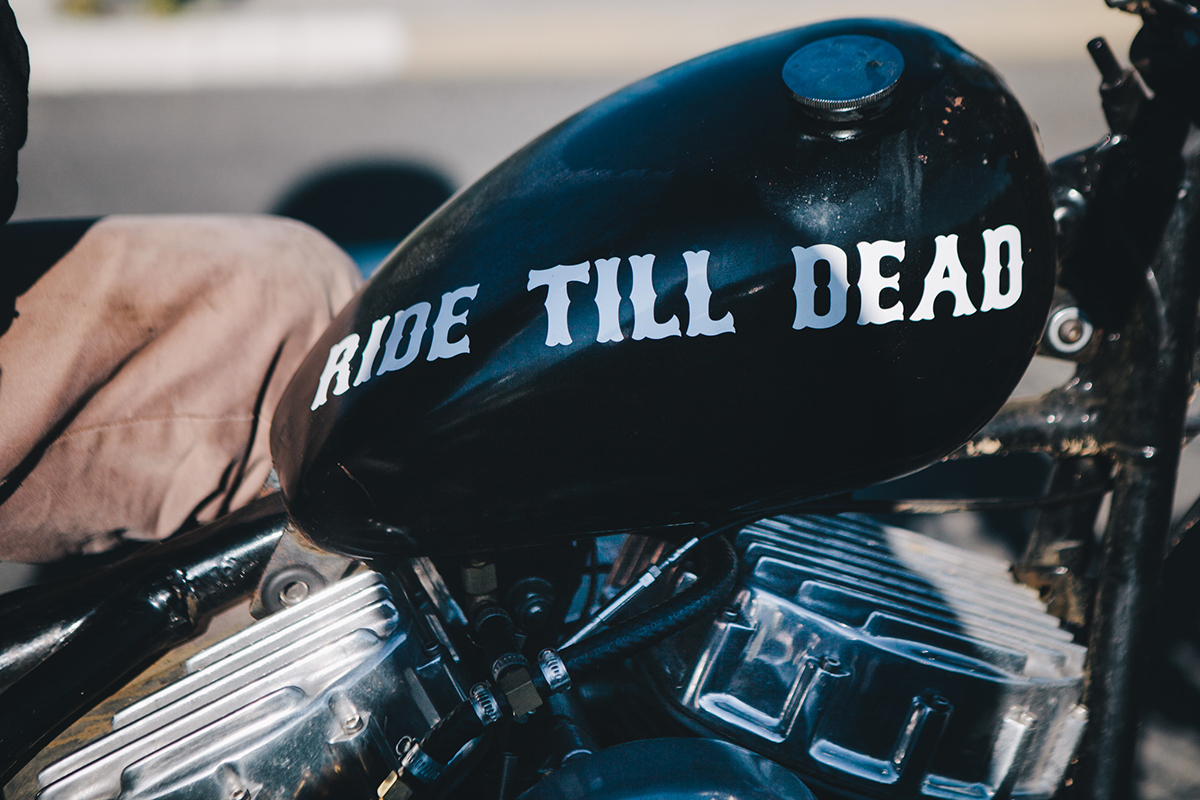 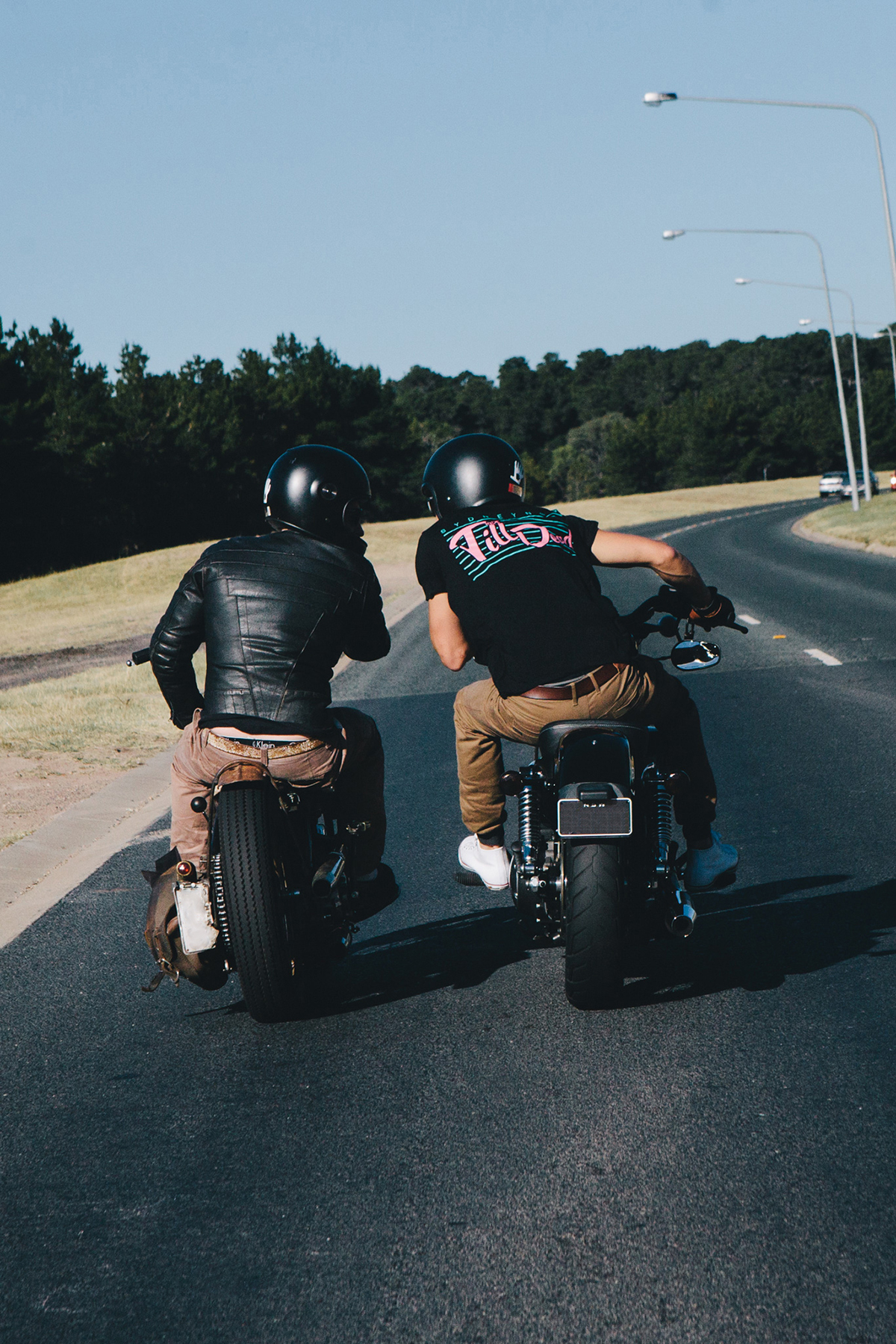 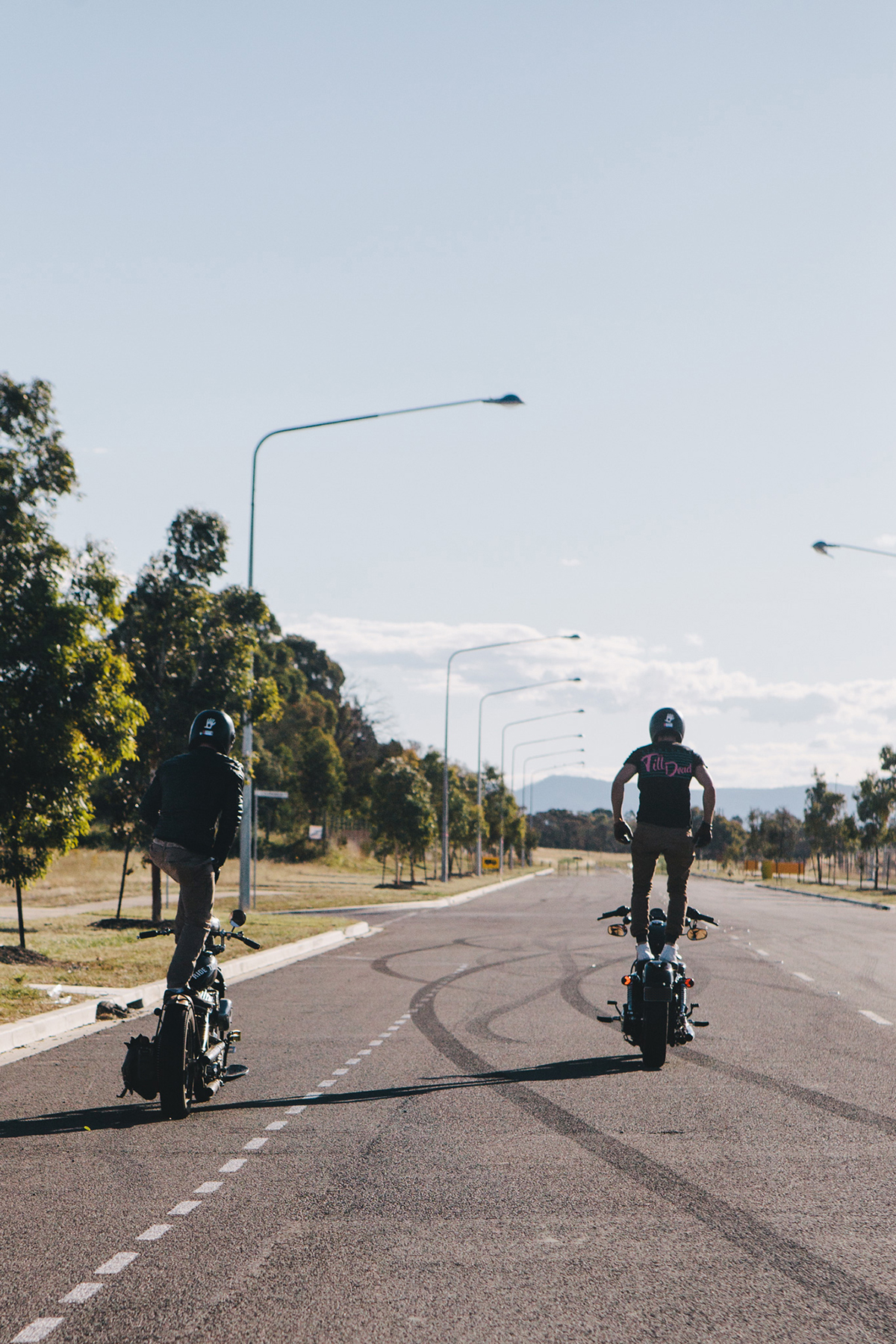 It wouldn’t be long for James to find new itches to scratch with bikes, and so he began racing Motorcross to help sate his appetite. “Over the years I rode a lot of trails, kicker ramps and also built many MX tracks. My mate’s Dad owned an earth moving business and has a huge farm, so I used his bulldozer to make a ton of tracks to race on.” 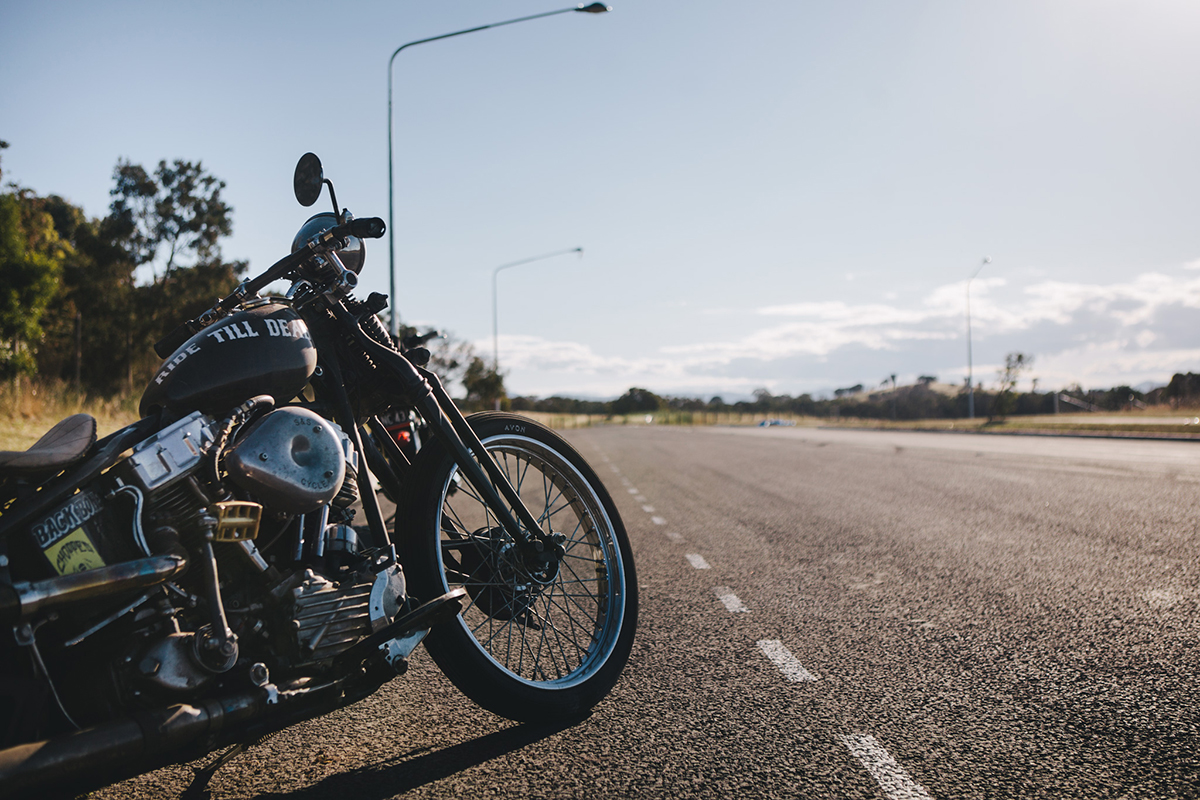 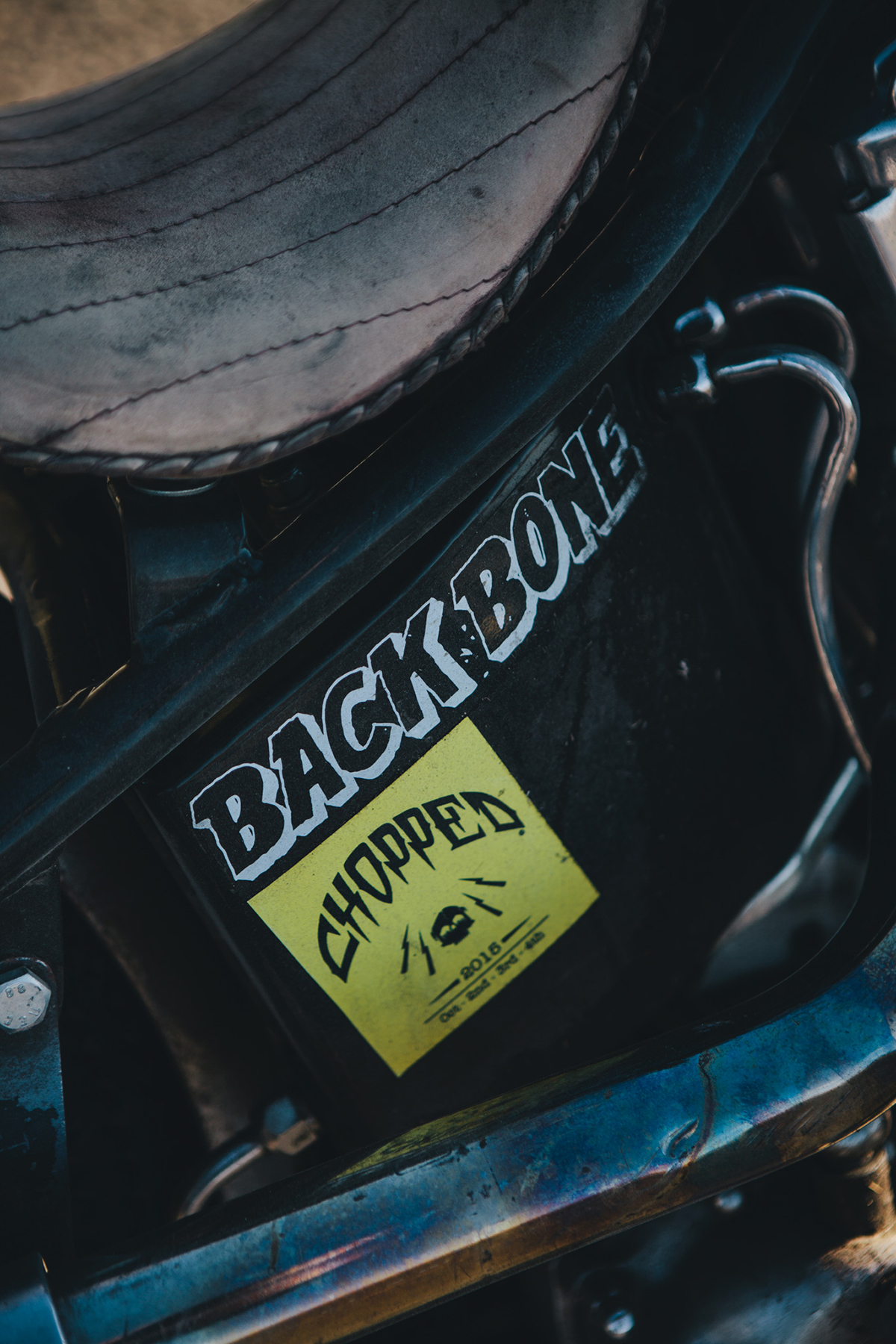 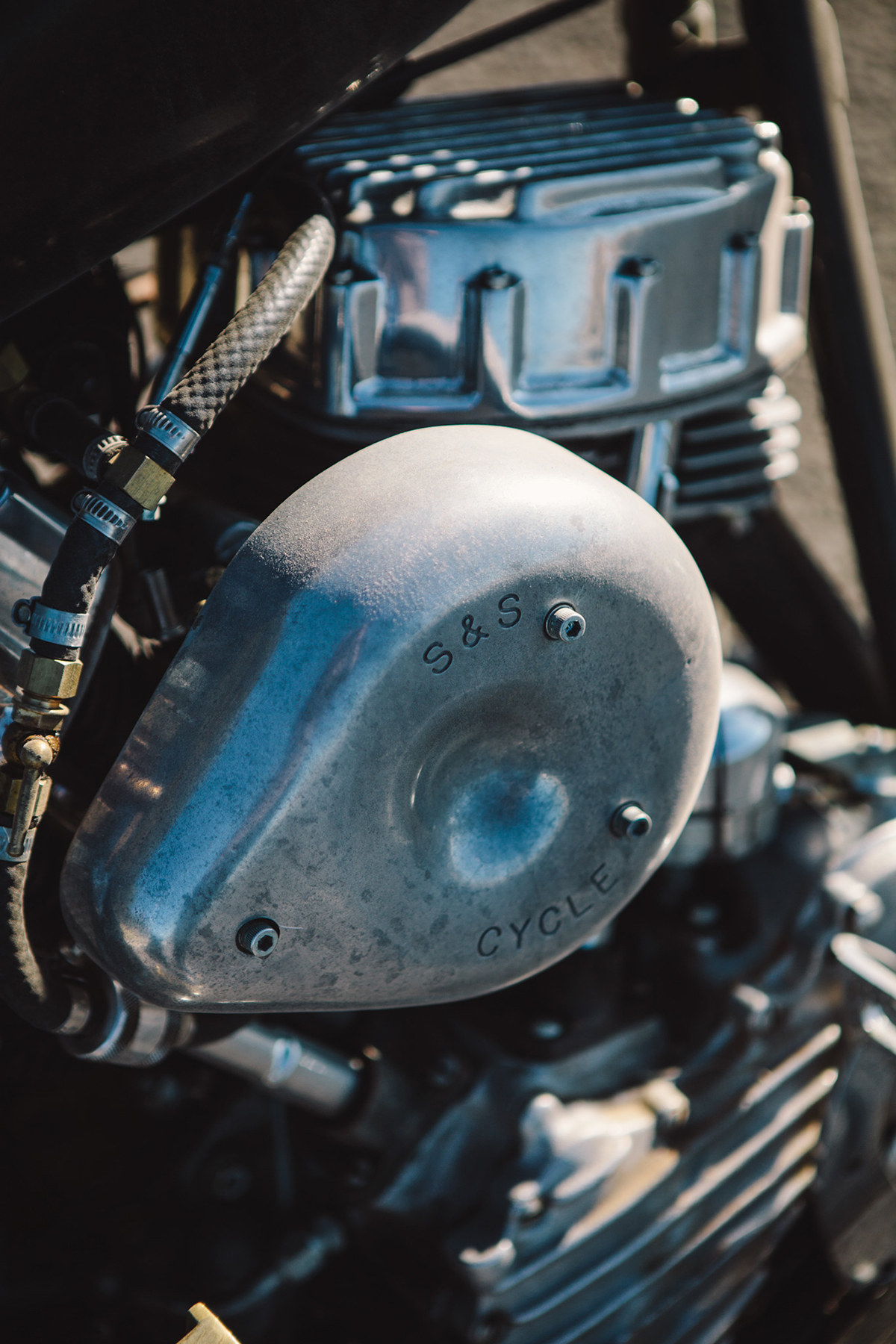 Though James normally rode a 450cc dirt bike, he sold off his usual bikes to buy a brand new Suzuki RMZ250 so he could start out competing in the lower class MX races. “I started out in C grade lights, competing in a local Canberra club, then the Dirt Action series Amcross and then onto my favourite event the East Coast MX series. Over the last couple of years I’ve been riding more endure style events, competing in the Transmoto 12hr, 8hr and 6hr events all over the state. I love heading out to events like these with close mates, camping and getting wild behind the bars.” 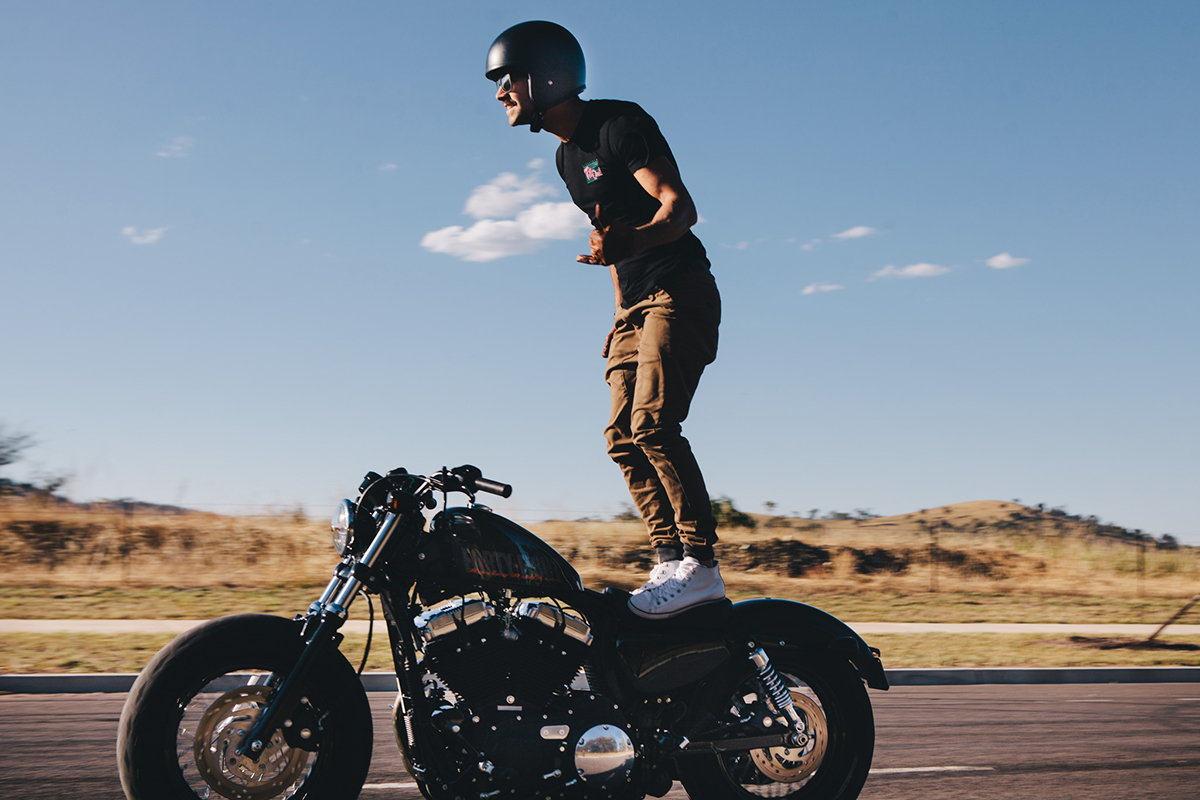 When we visited James, there would be no dirt bikes in sight to pop up on one wheel, only a Harley-Davidson 48 and James’ brother Jesse and his Panhead. Not the most likely bike when you first think of wheelies, but that’s neither here nor there for James. “I love a challenge, and the fact that people think of a Harley as strictly a cruising style of bike that isn’t designed for one wheel gives me more reason to want to do it! Being such a heavy bike it takes more effort than you think to get up on the back wheel. Plus the fact that it’s such an expensive machine, if you crash it on the tar it’s most likely going to be written off, so don’t stuff up! There is just something way cooler surfing, doing skids and wheelies on Harley’s compared to other bikes – one wheel as much as possible I say.” 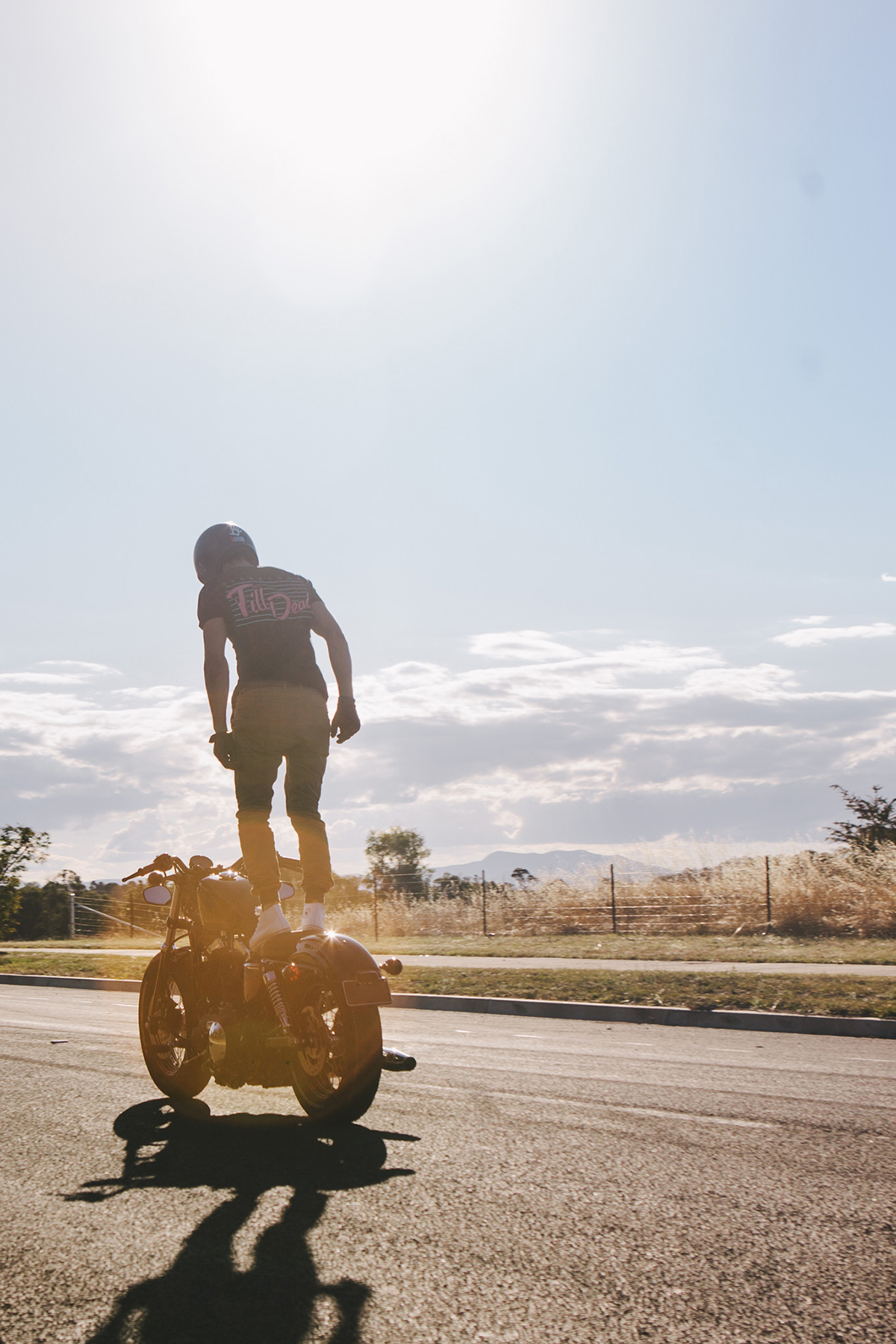 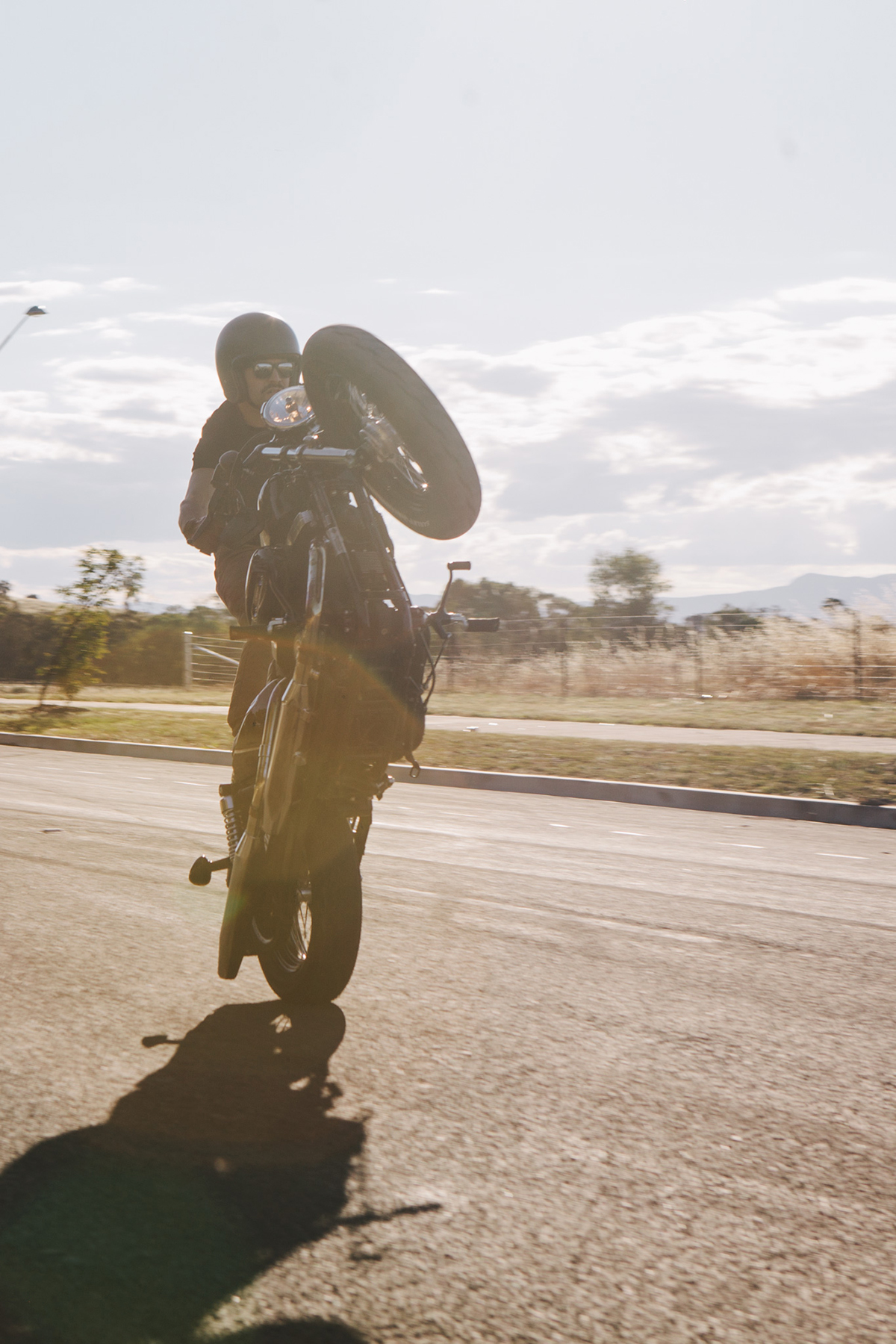 James’ stunt riding on the Harley wouldn’t go unnoticed, and he received some fancy new swag from the Central Coast crew Ride Till Dead. “Due to Instagram I got a lot of credit and respect from the RTD lads, and they sent me down a bunch of shirts to represent while I get wild on the Harley. Since then we’ve caught up and become good friends. They’re a damn good bunch of blokes who love to ride bikes and have a good time. It’s awesome how the bike scene brings together so many people.” 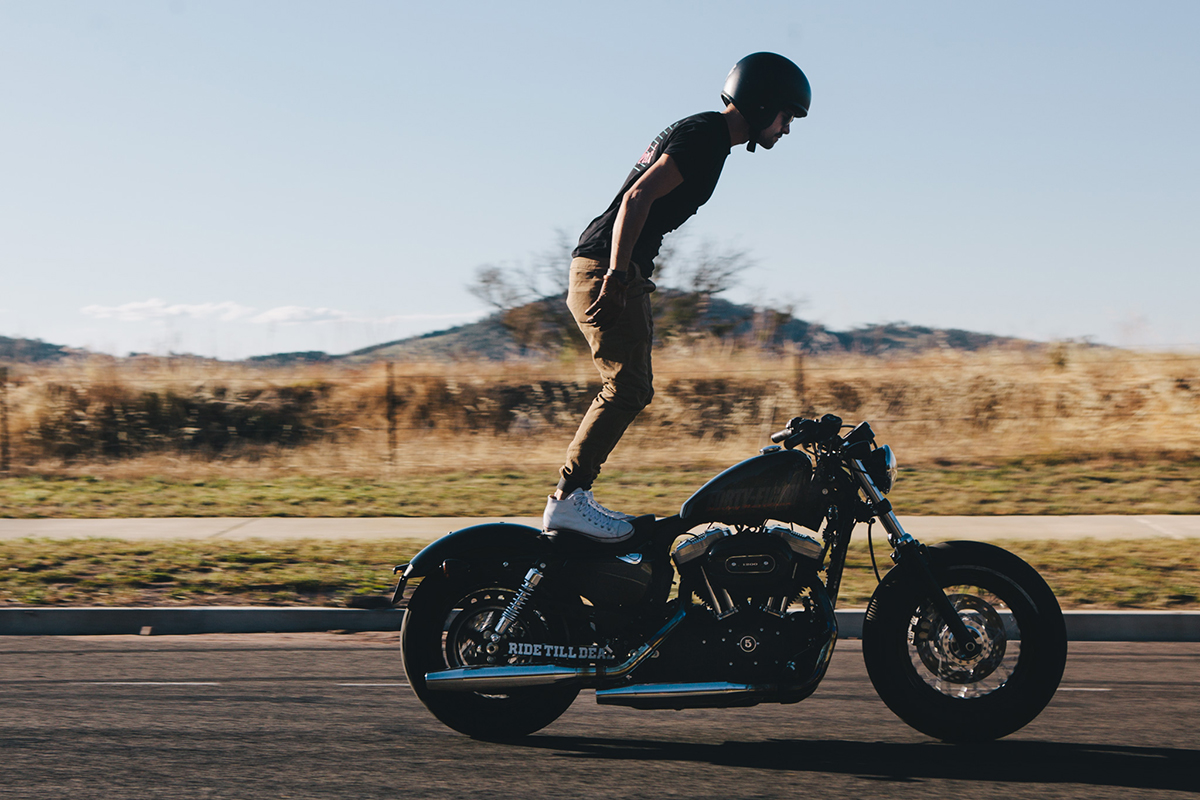 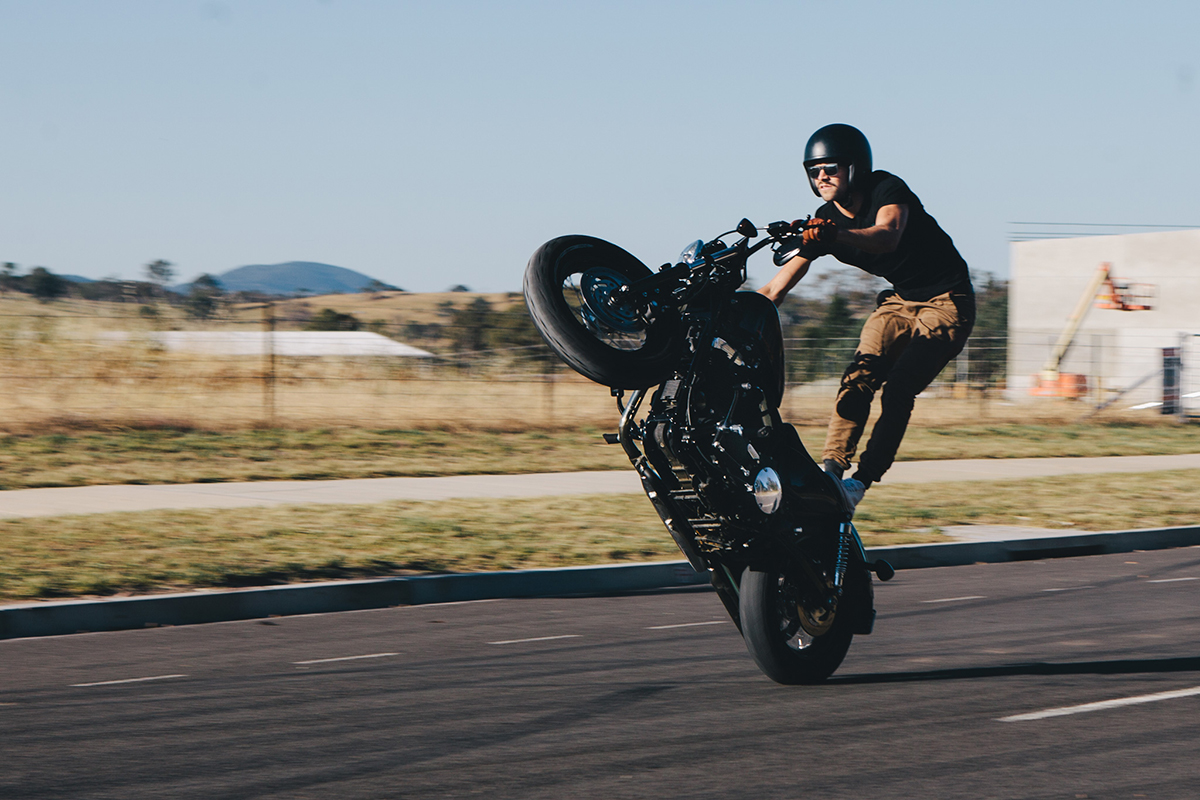 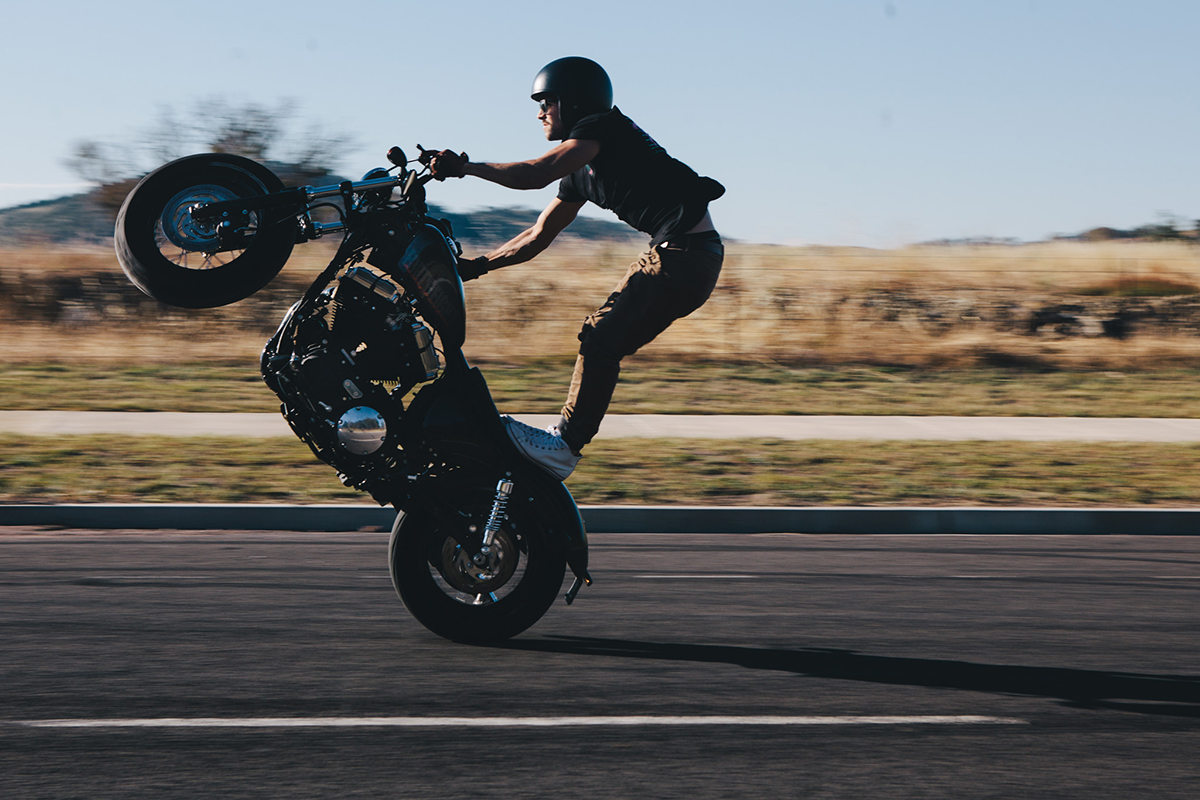 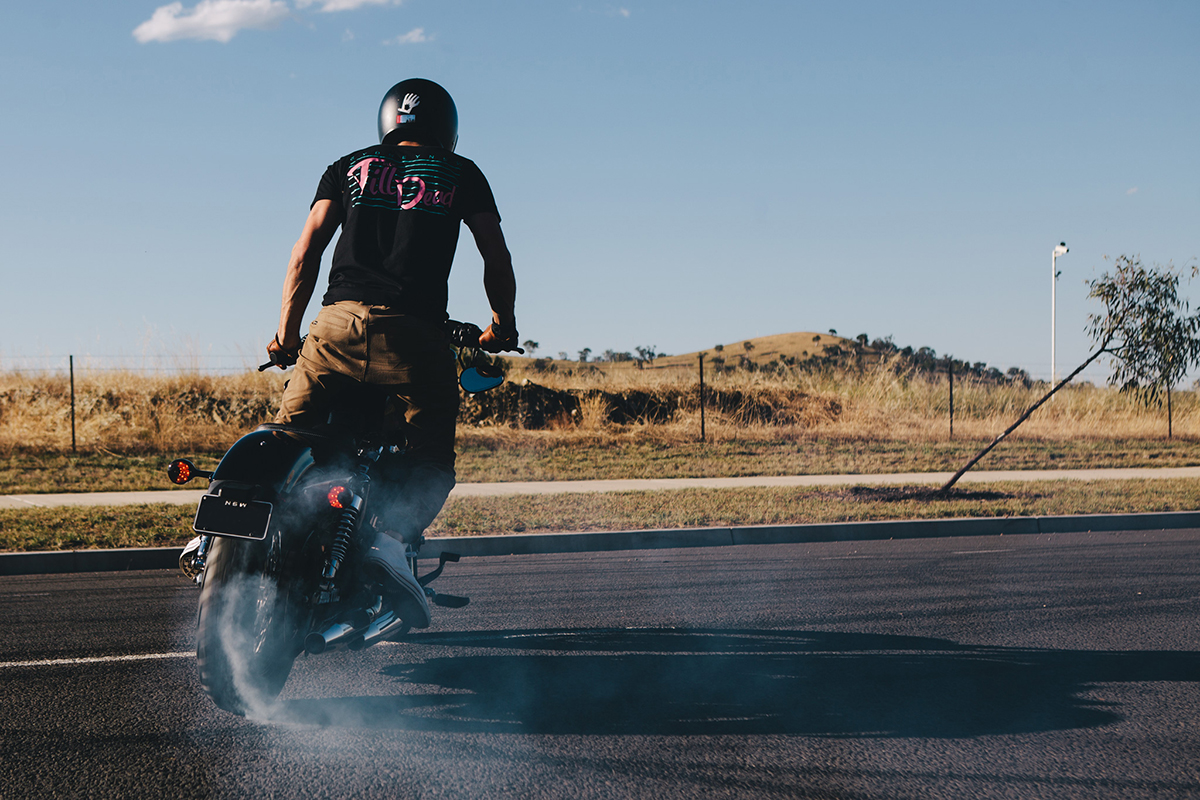 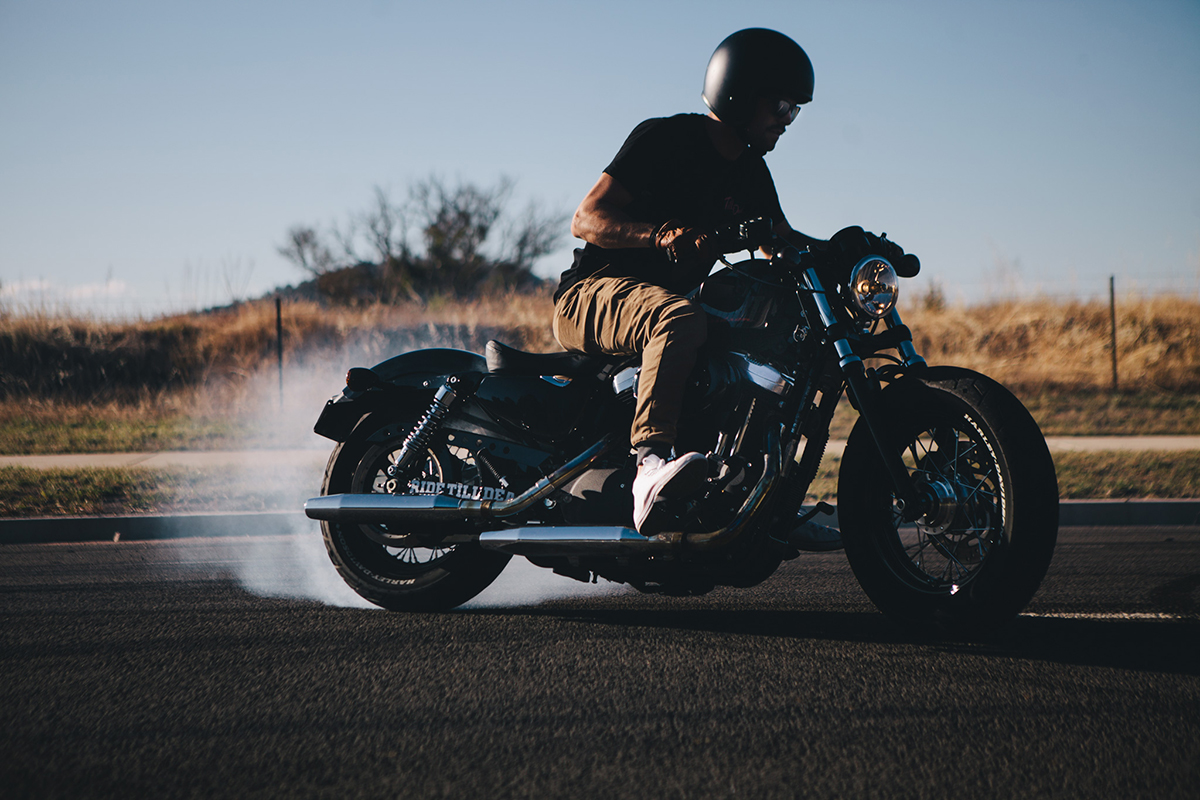 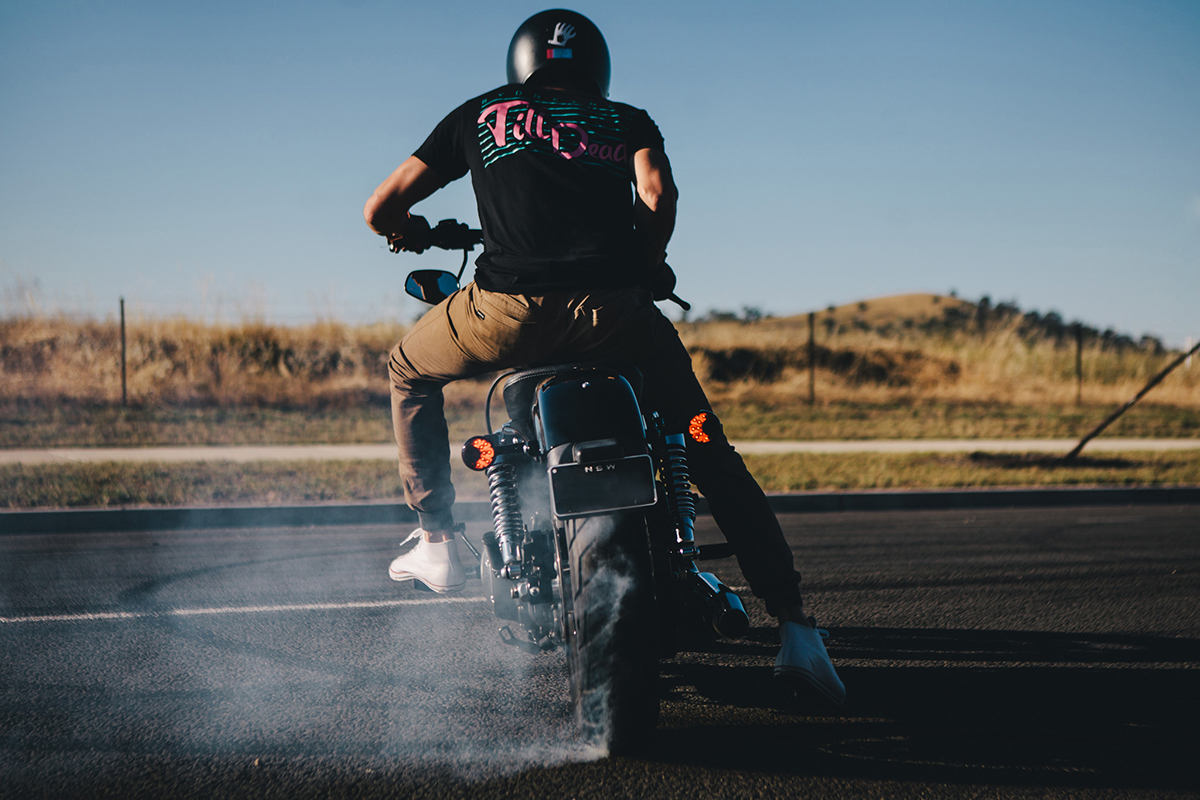 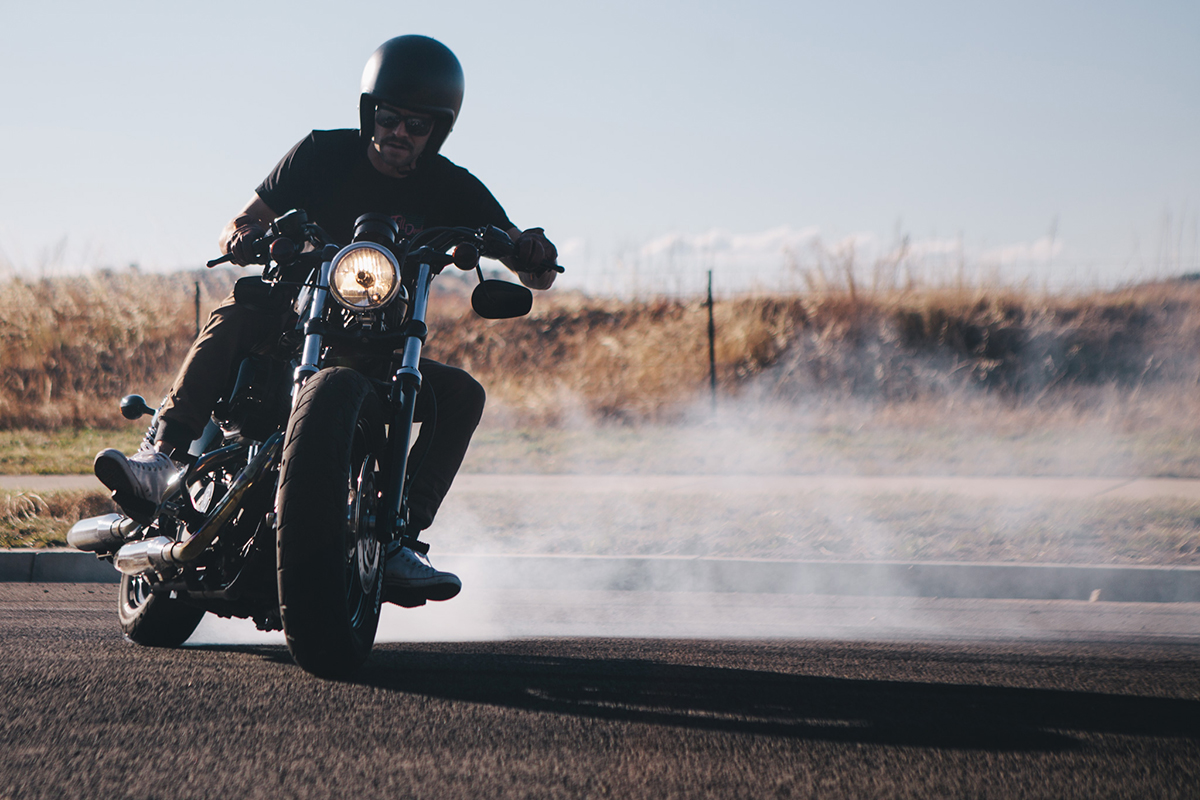 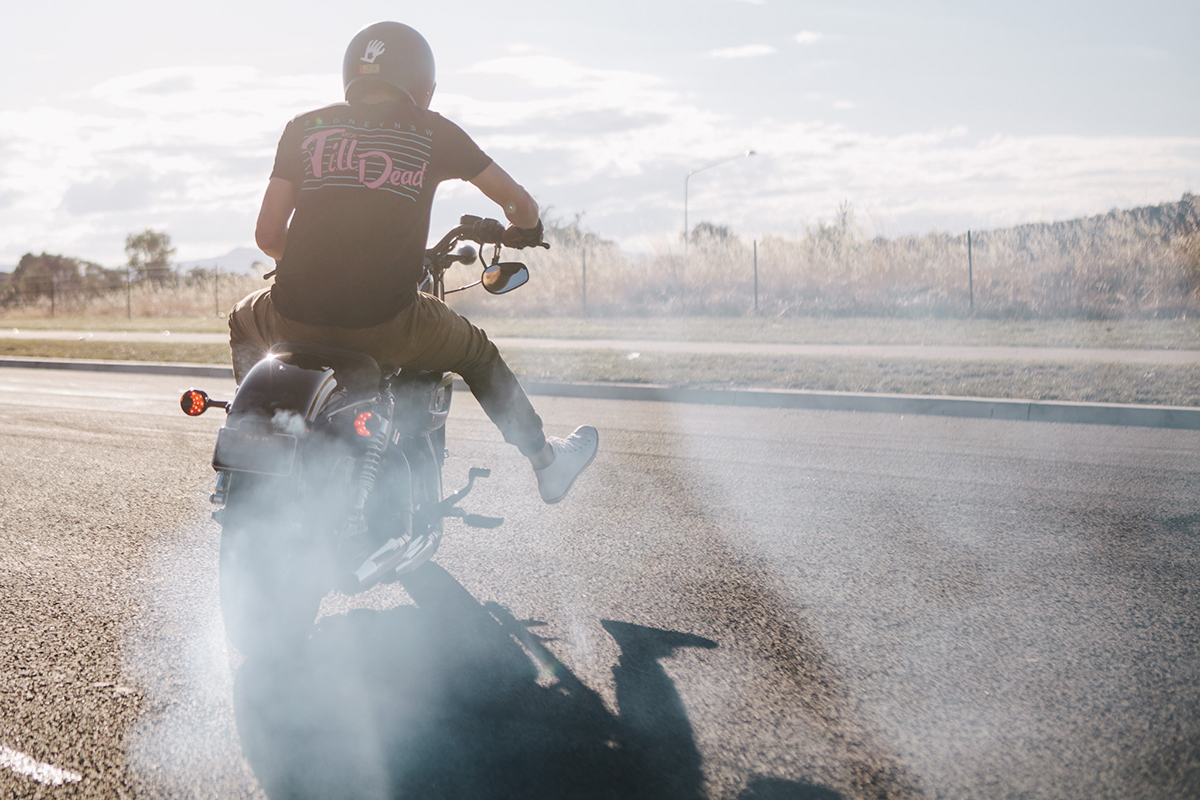 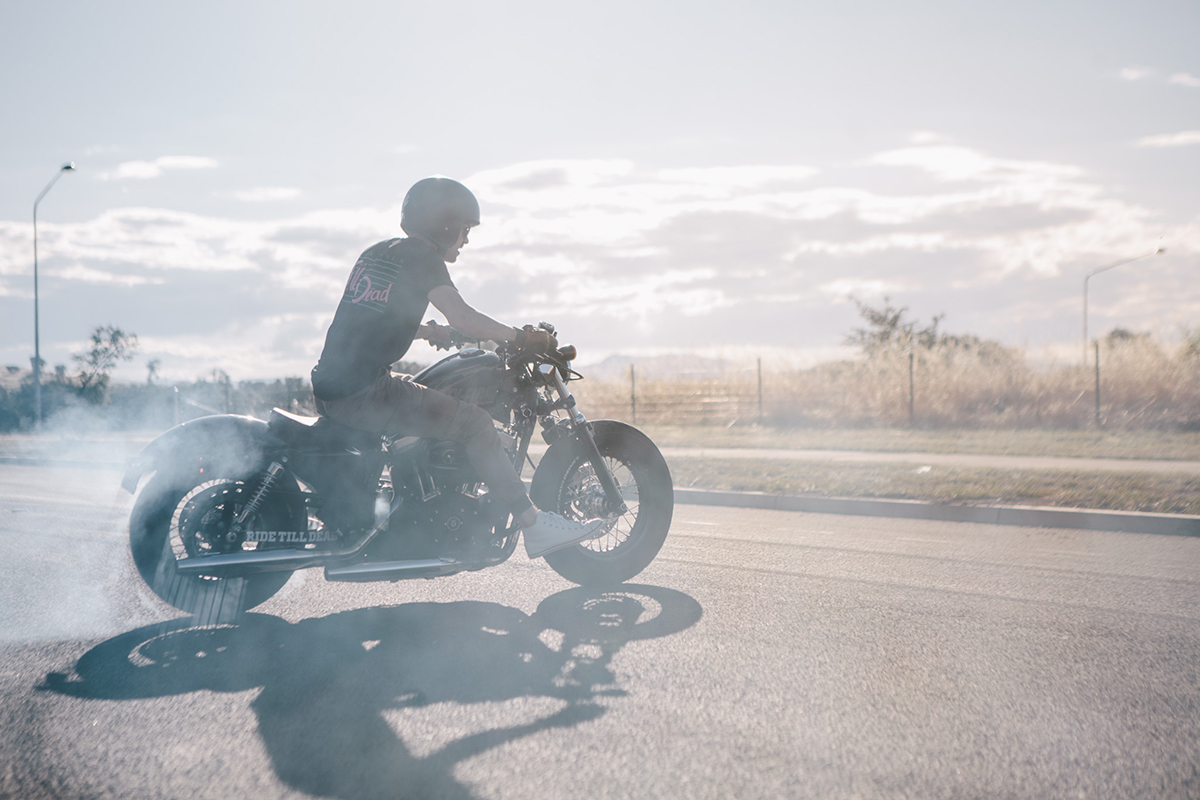 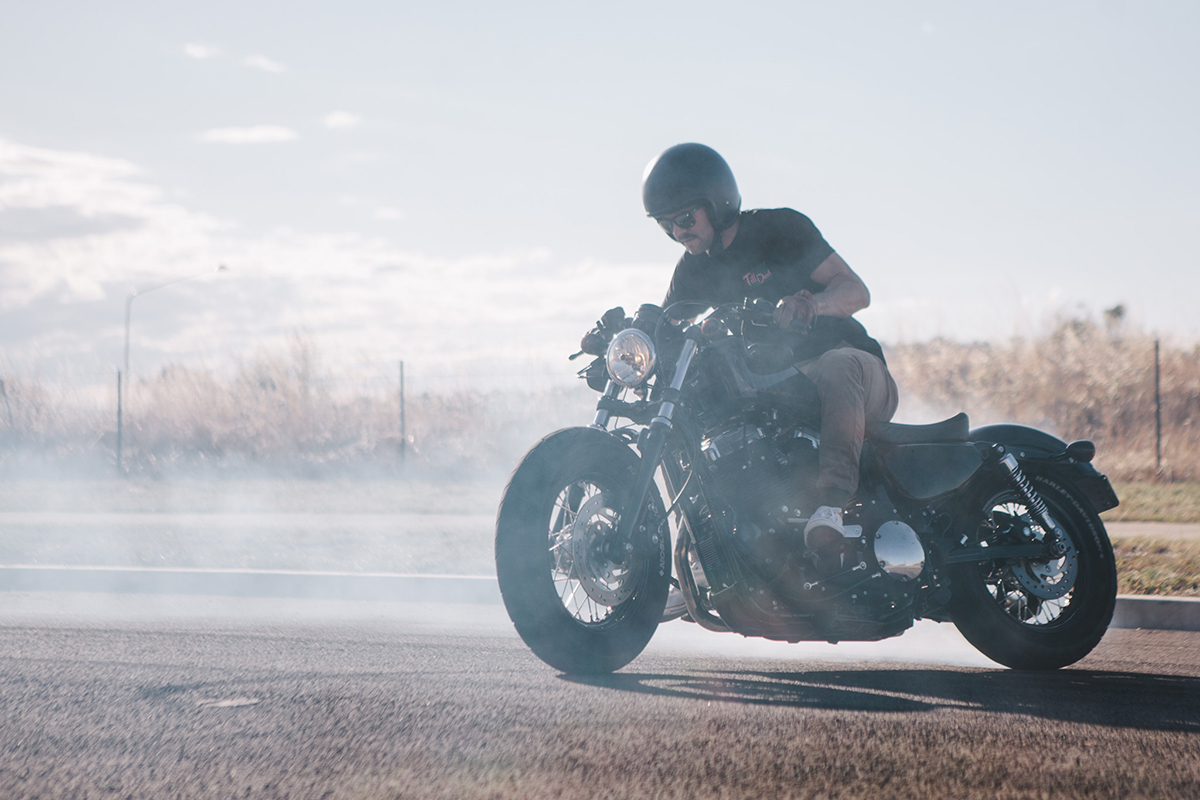 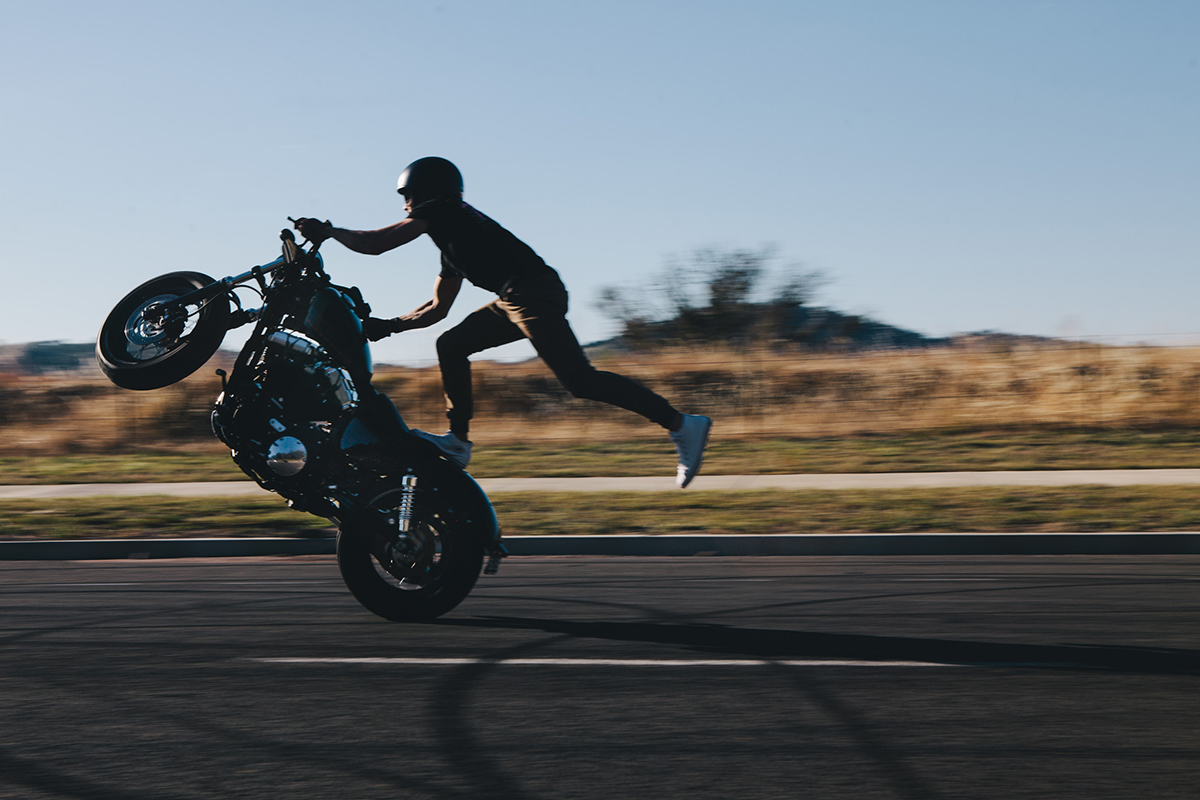 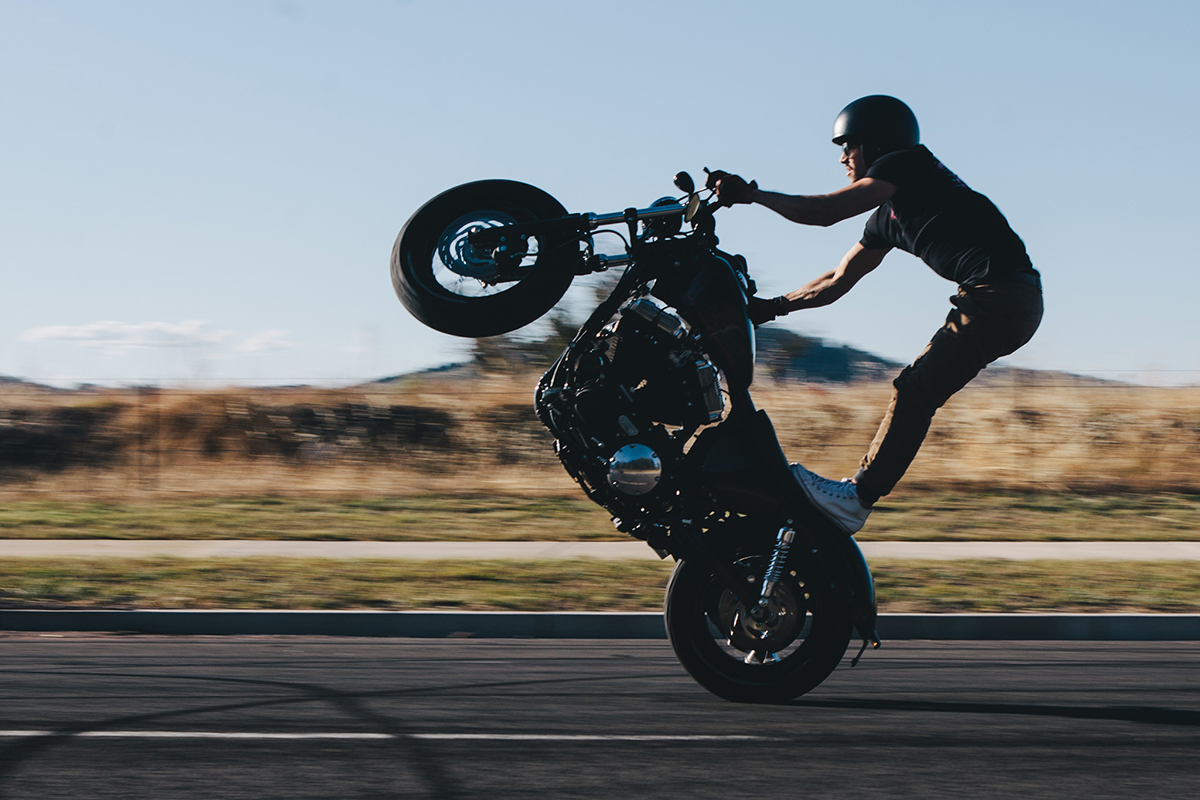 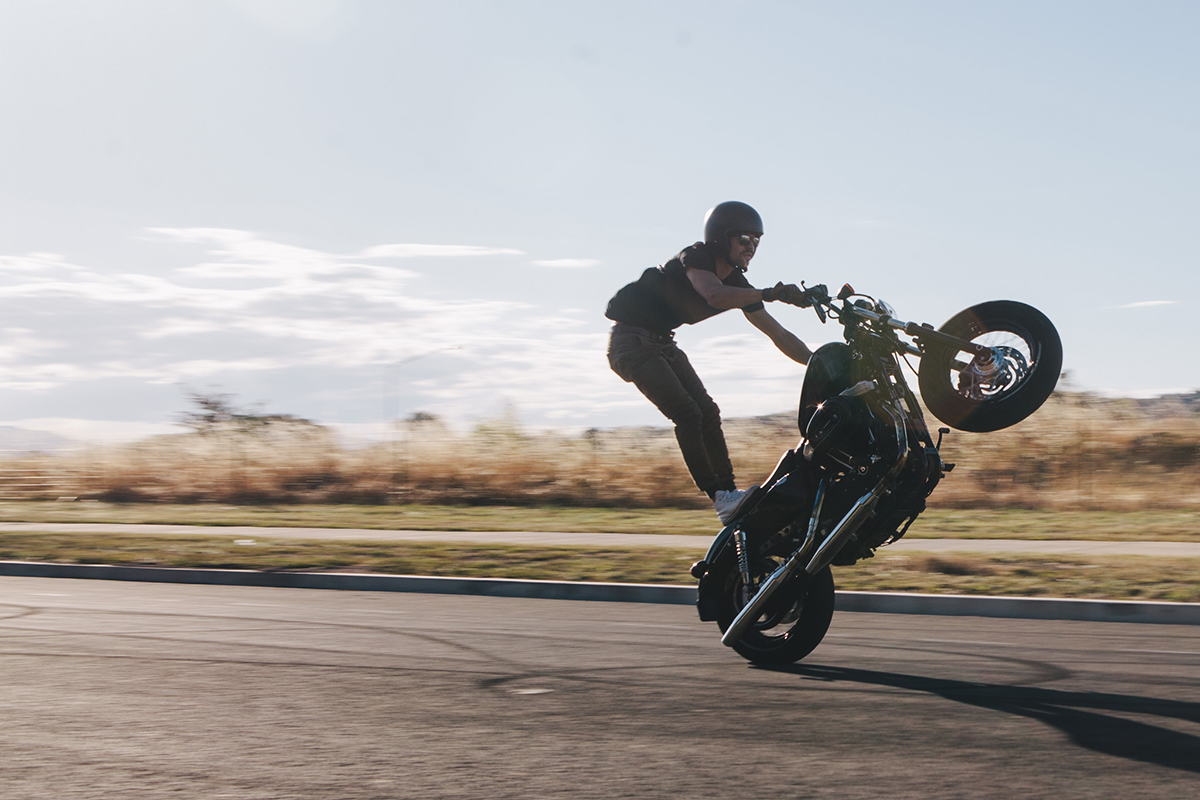