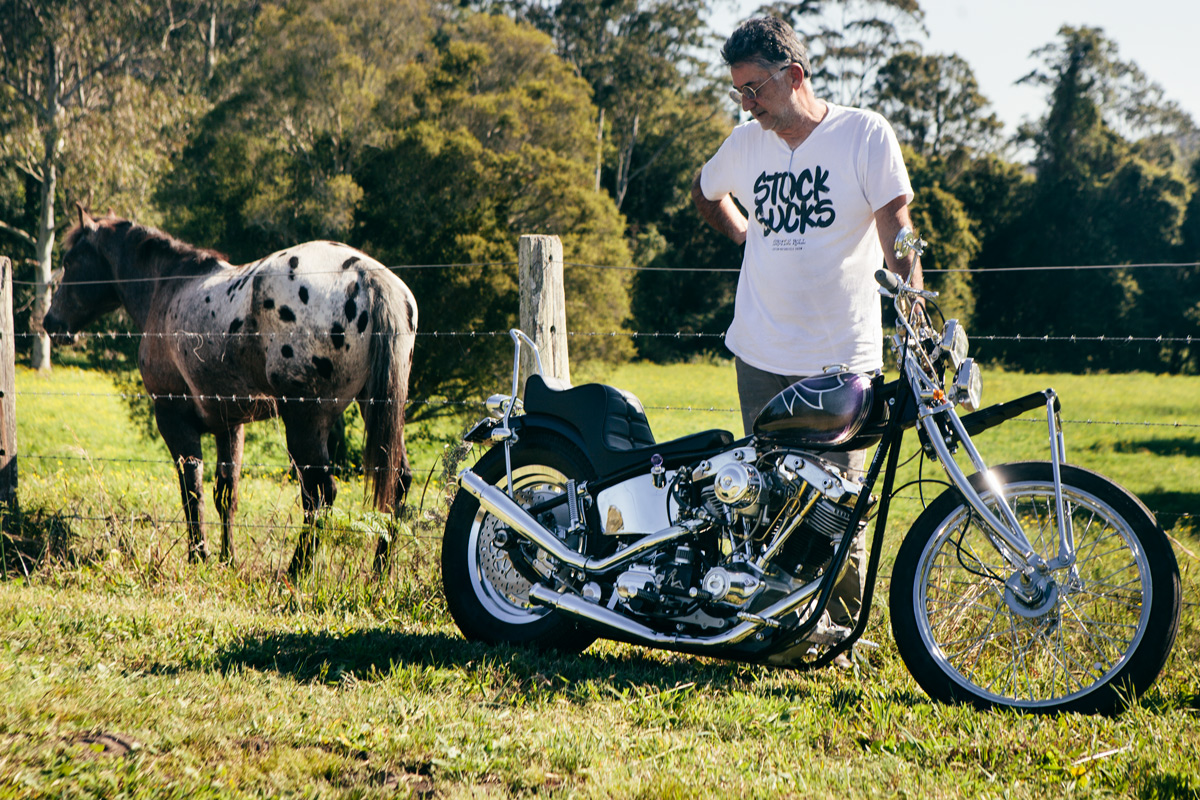 Frankenstein’s Monster was grafted together from various cadavers, and reanimated with the power of electricity. Drawing inspiration from such madness, Rod has used part from half a dozen bikes to create his own monster…

Rod’s addiction/obsession started back in 1969 after witnessing the iconic film Easy Rider, a revelation that would be no doubt shared by many from the time. He can vividly remember sitting in the back seat of the family VW Beetle at the Skyline Drive-In Theatre in North Ryde. “Seeing the Captain America Chopper for the first time was every bit as good as losing ones virginity (Funny how I can remember the bike, but I can’t remember her) 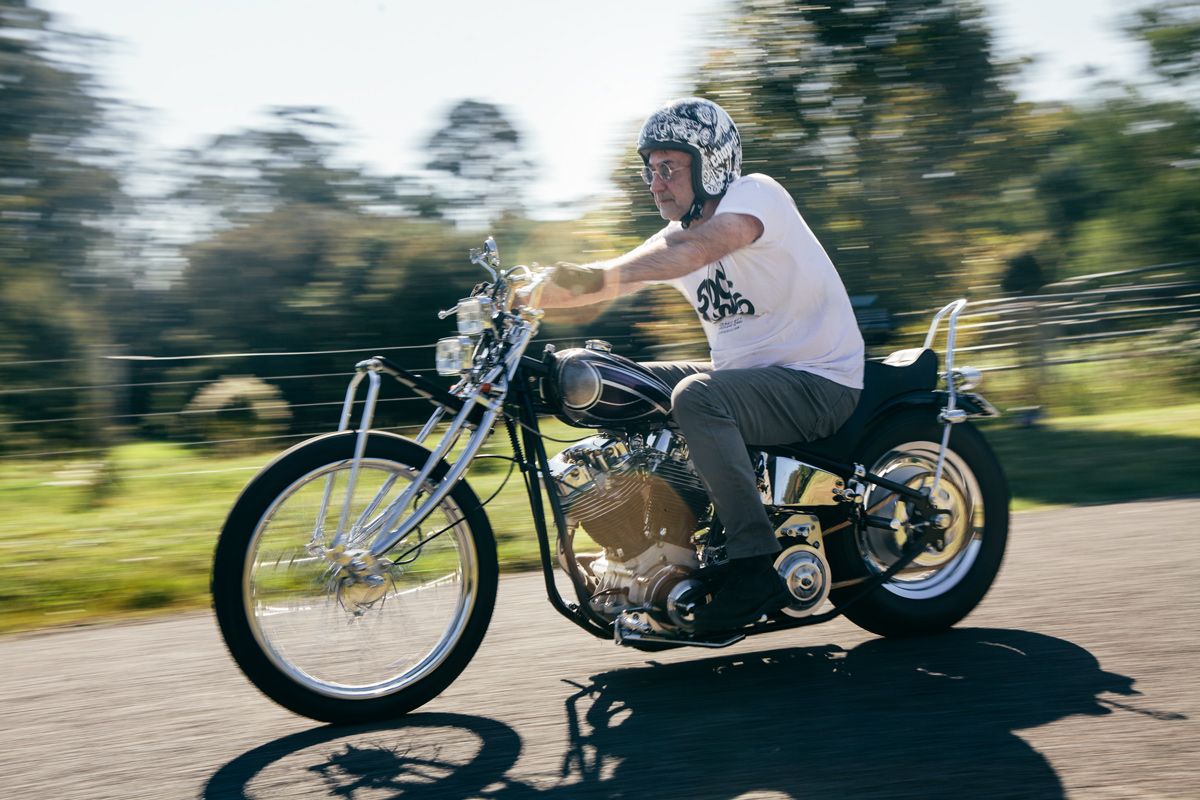 I was lucky to come from a family that went to Hot Rod & Bike Shows, the Speedway and more. Even before the movie as a kid I just loved collecting stuff for Billy Carts and bicycles to modify them, building them into themed pieces.

I was blessed to have grown up in the 70’s when it was all happening, Falcon GT’s, Hot Rods, Choppers & Mini-Bikes everyday was an experience and you could even buy the latest Honda Z50 Mini Trail brand new for $256.00 from the local dealer.”

Rod’s latest build is based around a 1977 Harley-Davidson Shovelhead engine on a Santee frame. As the name Frankenstein suggests, varied parts from varied bikes were used in its reanimation. “After building many custom show bikes, this was a bike that I wanted to go back in time with and build something with personal nostalgia that could be ridden, enjoyed, and possibly kept.
I guess I just wanted a portion of my youth back – Easy Rider, my purple dragster bicycle I had as a kid, and watching The Munsters on TV.” 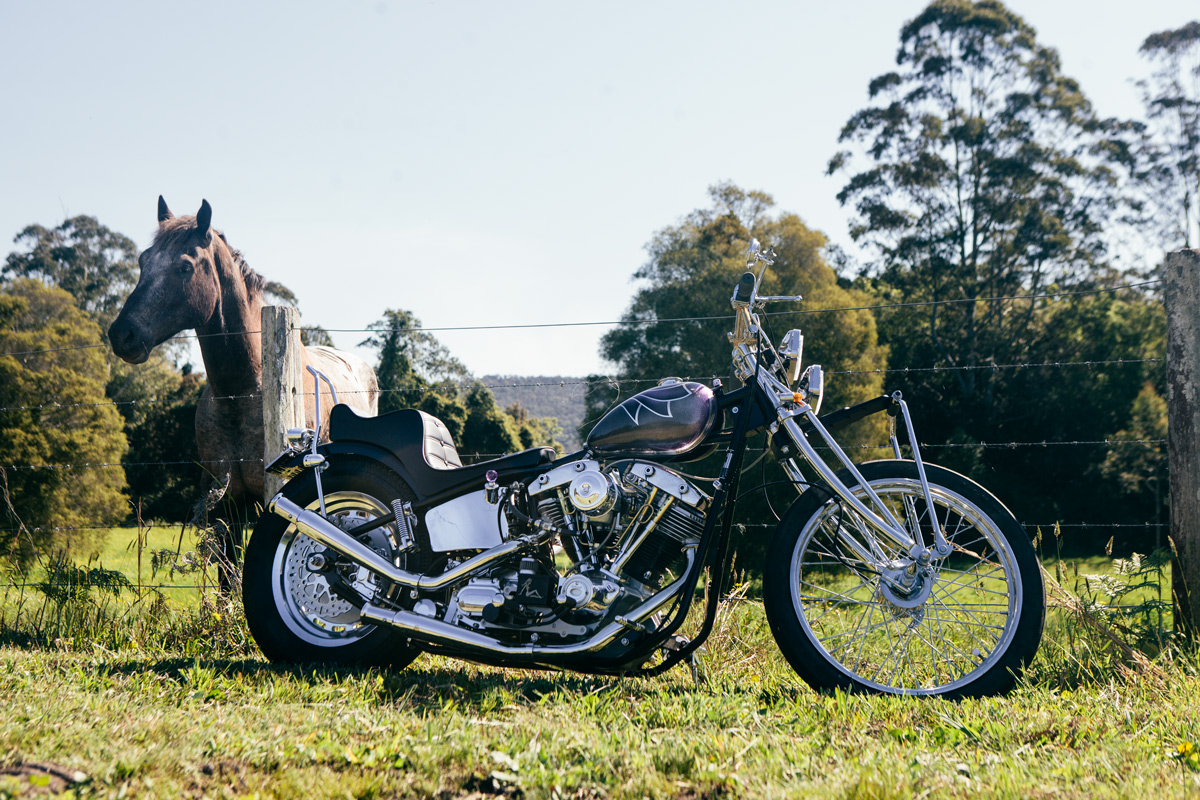 Rod has built a legacy of custom Harley-Davidsons, and his trophy wall displays just some of the awards and recognition he’s received from his builds. “I have always loved changing the look and modifying bikes, I guess the term “Stock Sucks” sums me up.

Why Harley’s? I guess it may stem back to the movie and the ease and access to thousands of parts and accessories. After owning over 30 Harleys, dealing in parts and imports, I suppose it’s a case of the devil you know.”

“Nothing about this bike was tricky. It frustrates me to see unfinished projects! If anyone plans a bike fully before they even start, it should all fit like a bum in a bucket. I just planned it all in my head gathered up the parts and started. Nine weeks of spare time later it was ready to roll.” 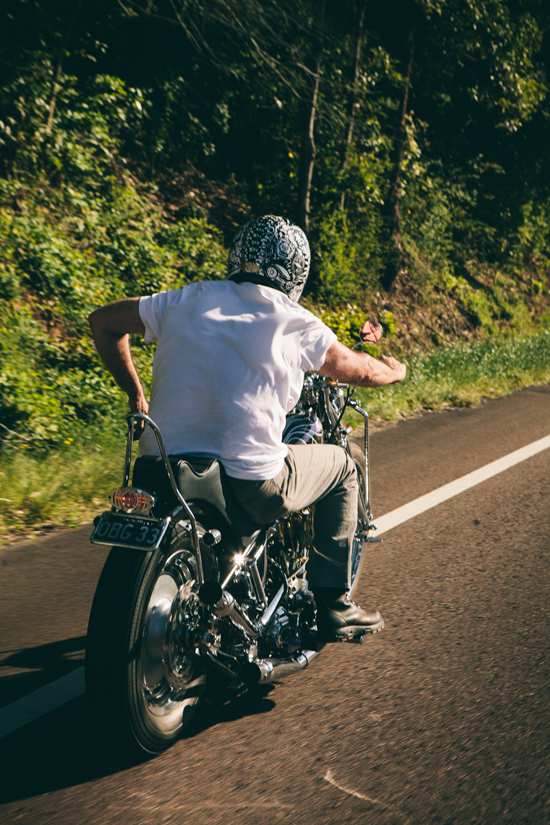 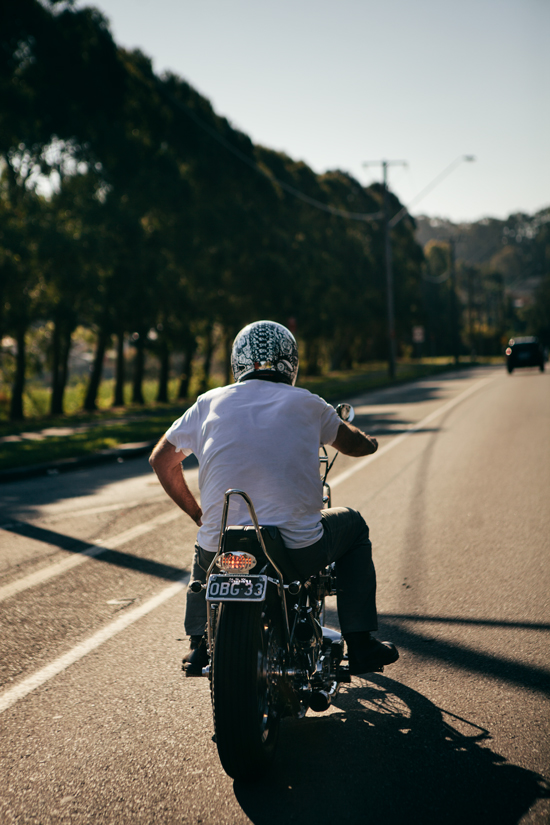 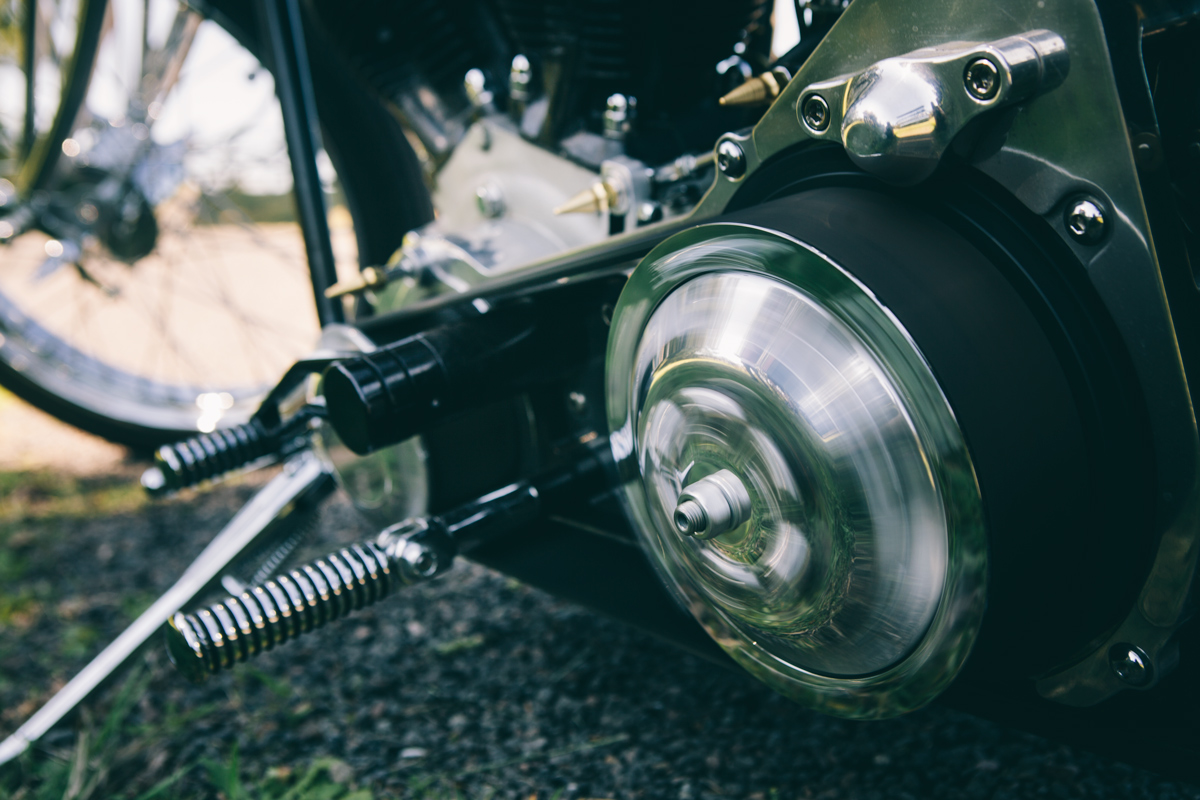 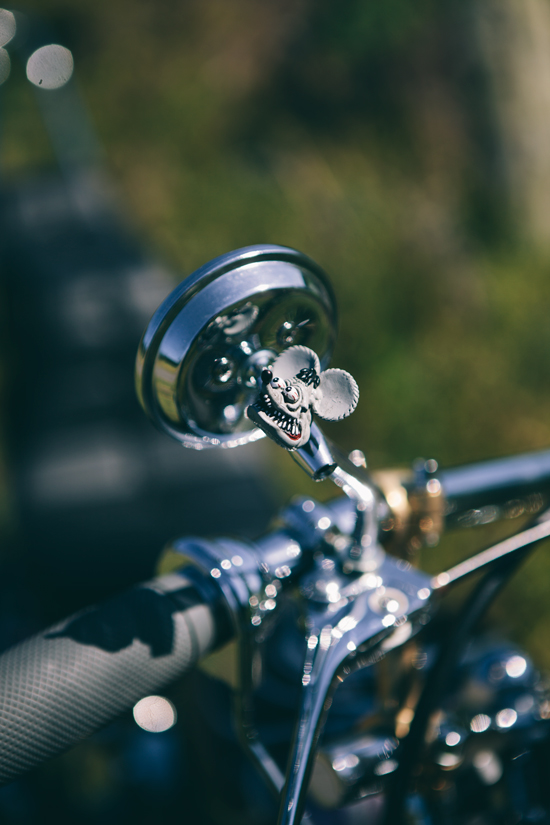 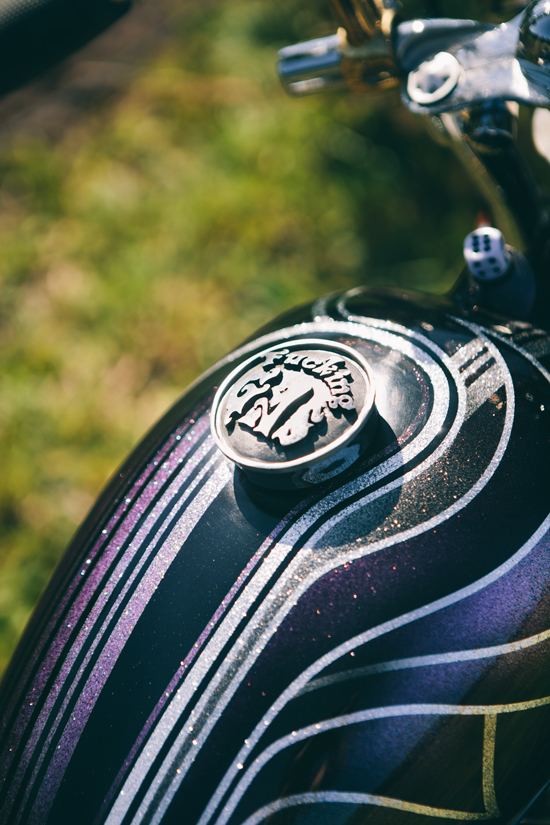 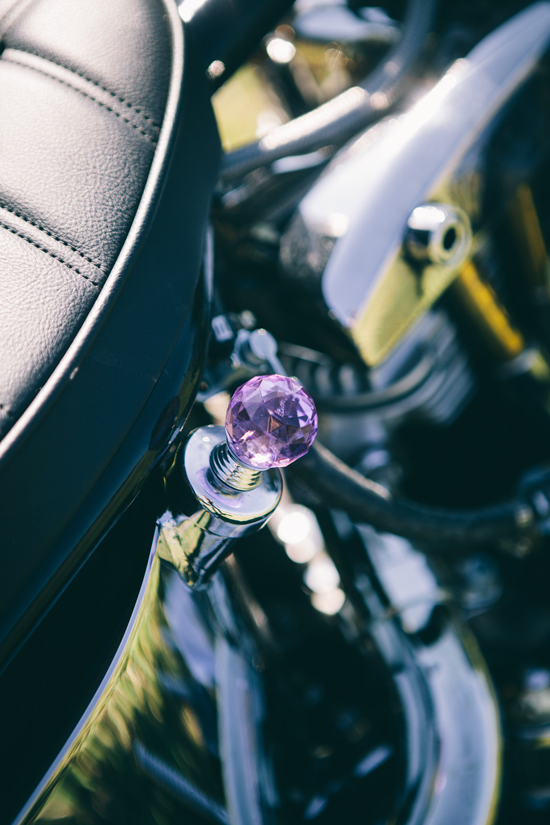 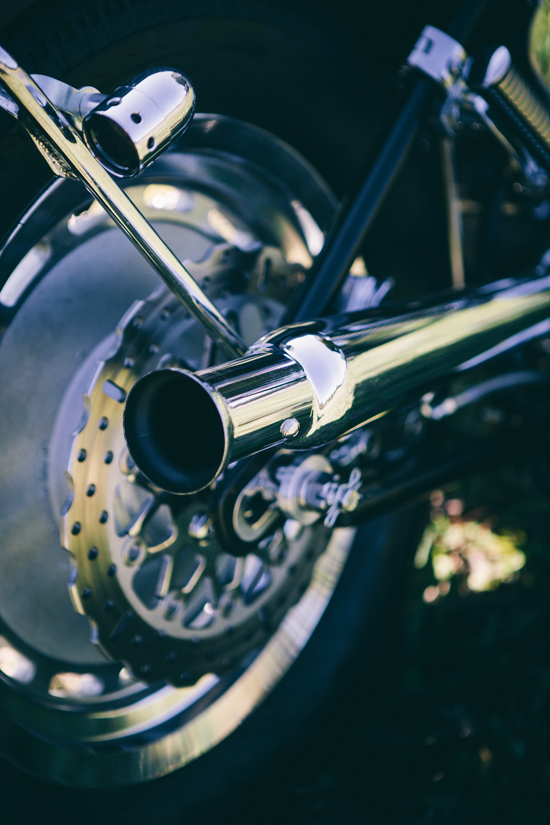 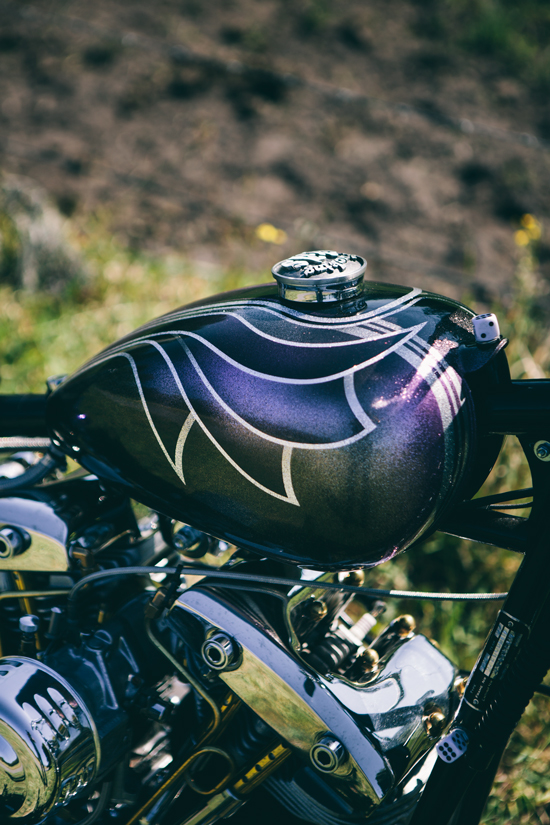 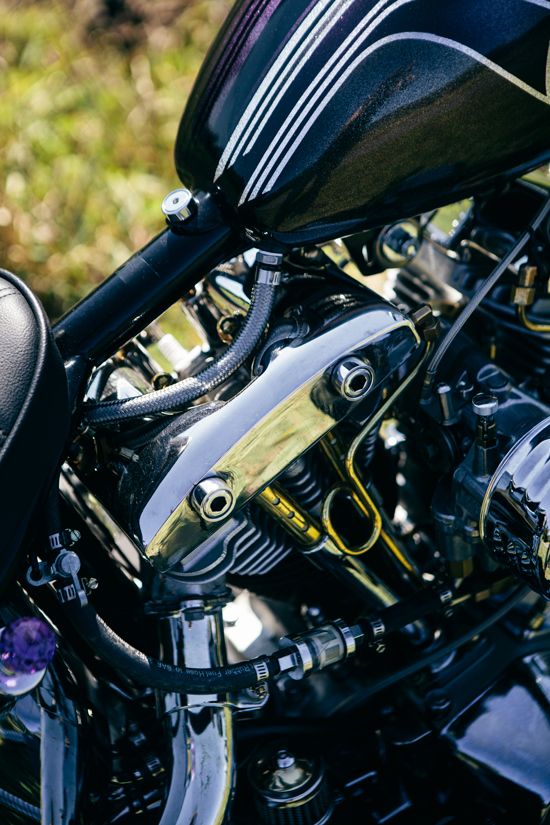 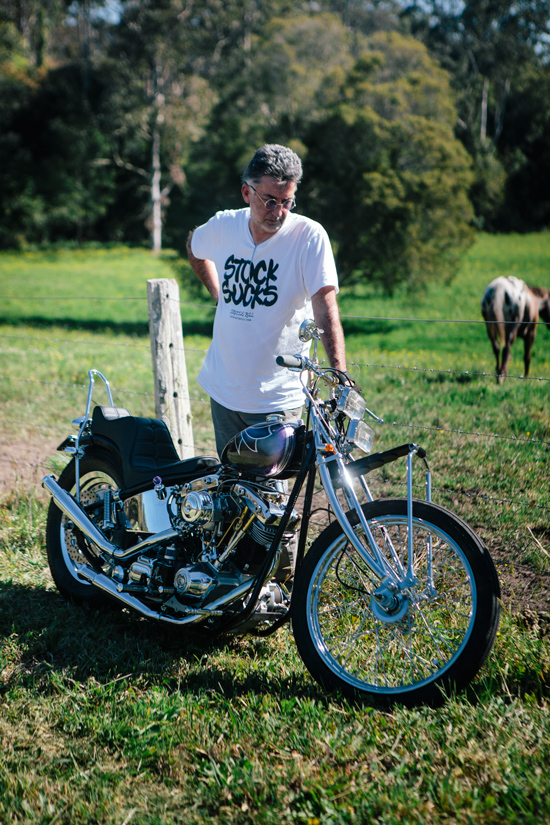 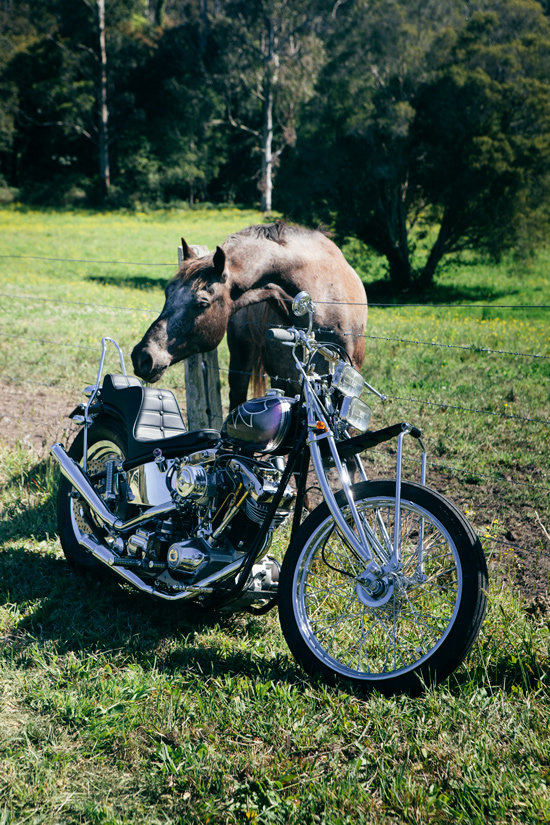 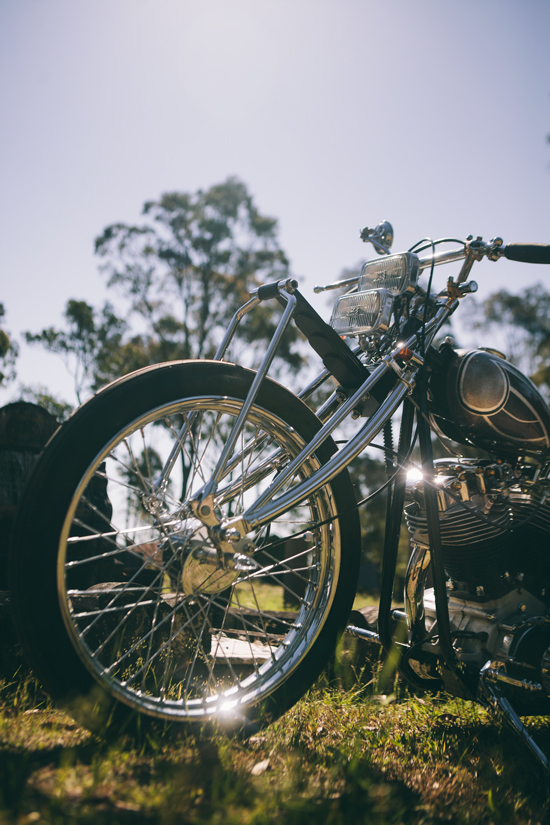 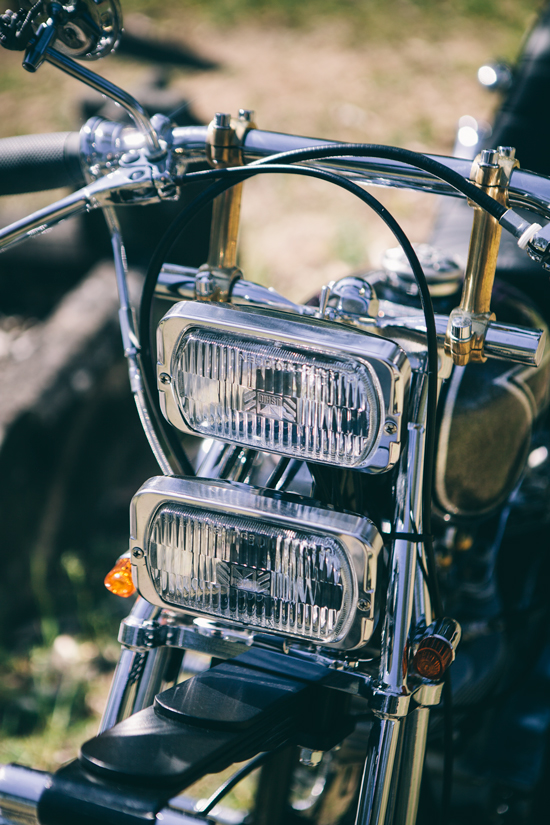 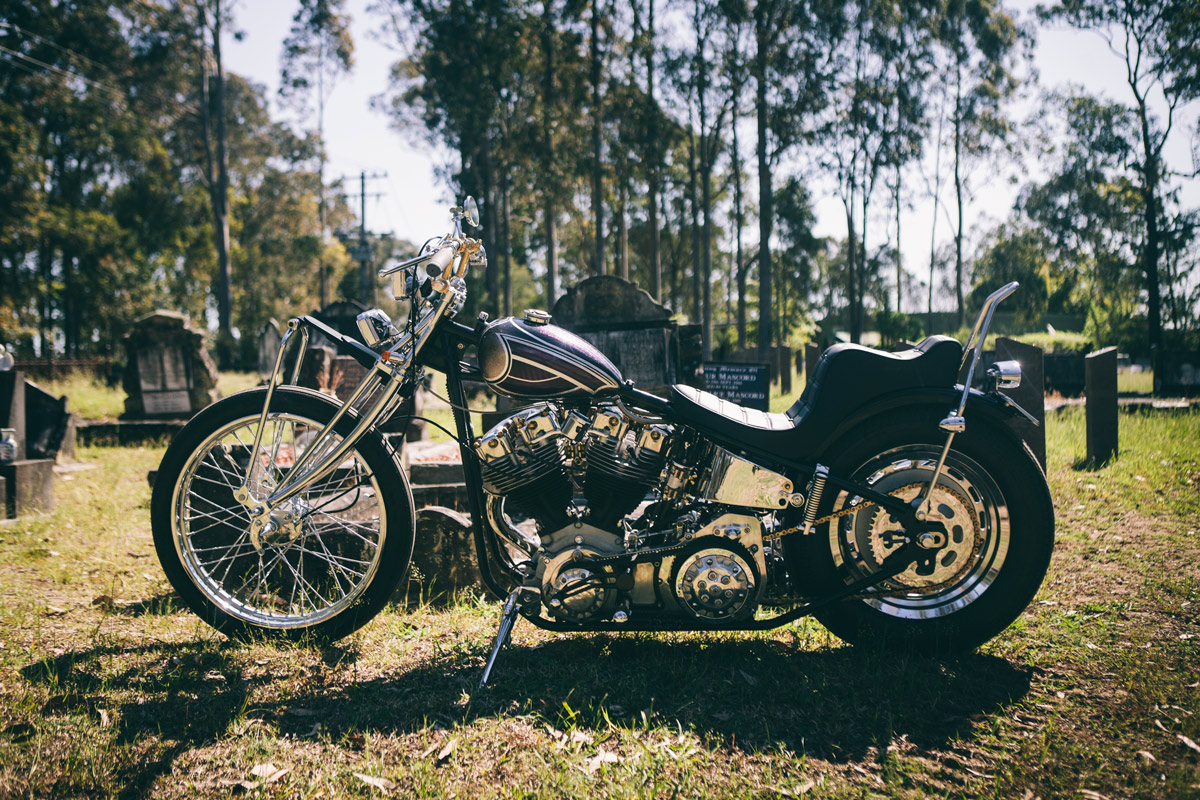 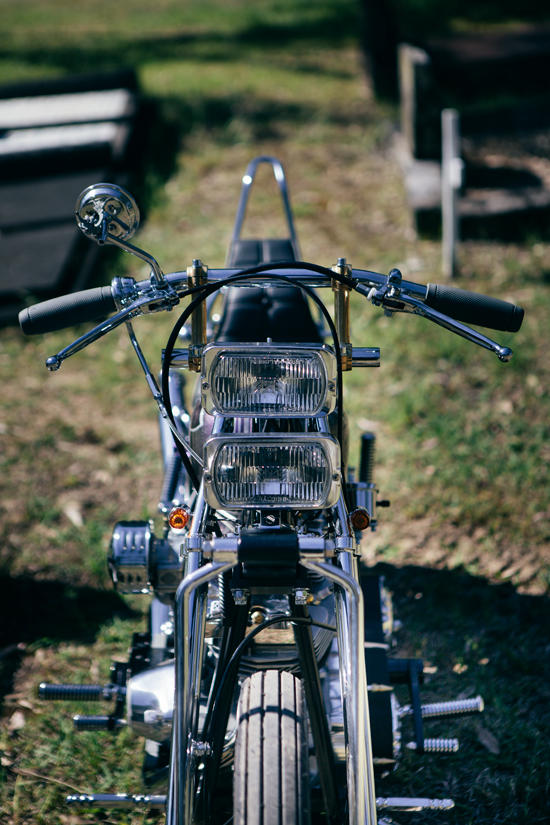 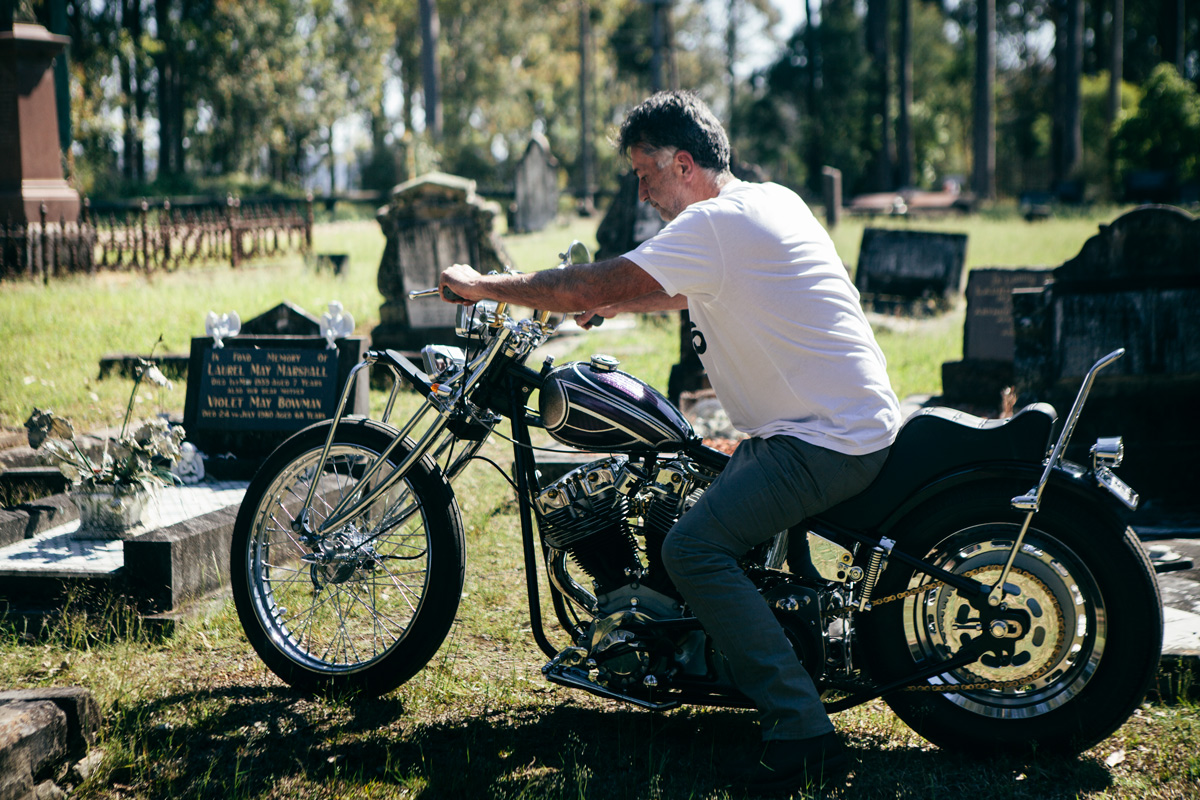