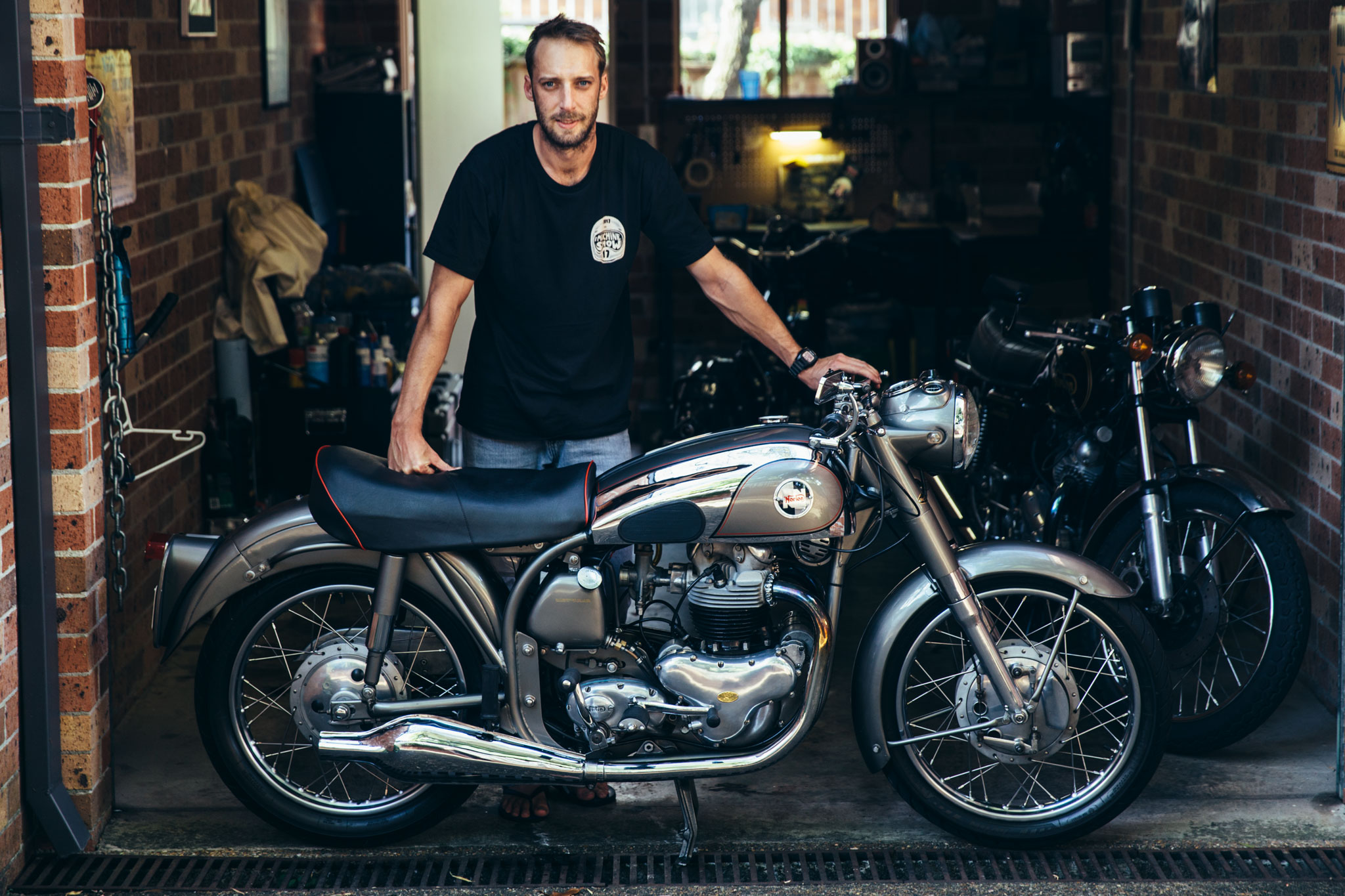 The classic look, the noise, the turning heads, and the old chaps that owned these machines 50 years ago. It’s a pretty special thing that drives Ross’ passion for restoring old British machines. The countless hours wrenching in the garage and then taking them to the streets, breathing new life into his machines. It’s an understanding between you and your machine, a feeling that you can’t get anywhere else. 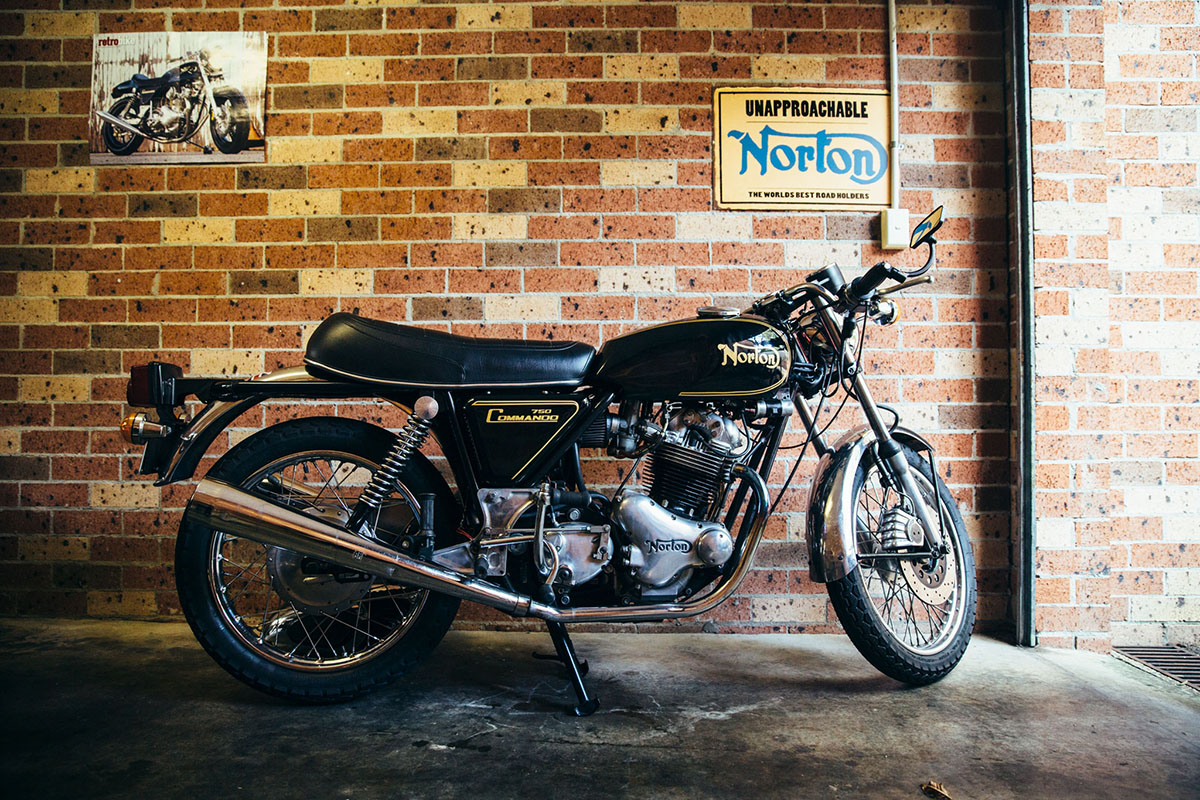 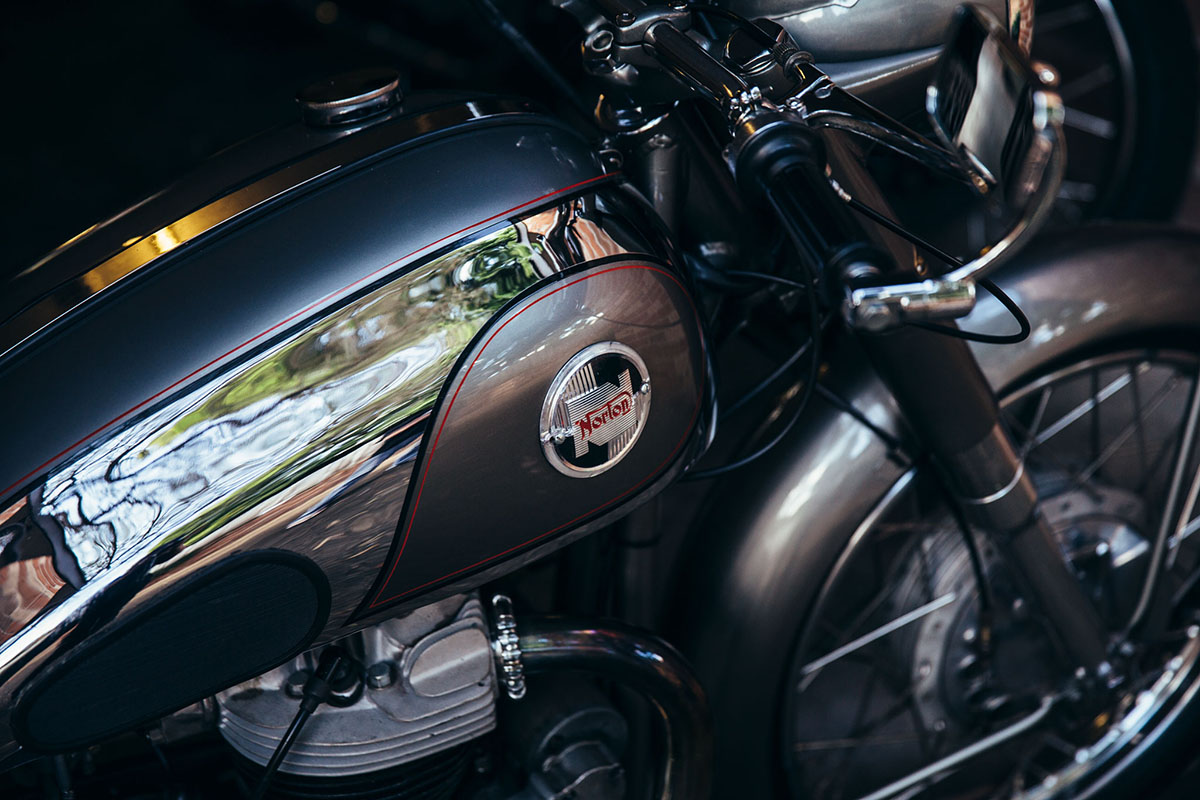 Ross is in the Royal Australian Navy, but when he’s not on-duty or belting down the road on his incredible 1956 Norton Dominator Model 88, the spare hours he has are jammed into the garage, completing tasks and learning new skills. “I’ve learned a lot since my first restoration. Prevision measurement/rebuilding must do’s, gearbox tolerances/shimming of crankshafts and gearboxes, carburettor tuning and modifications to improve both handling and aesthetics.” 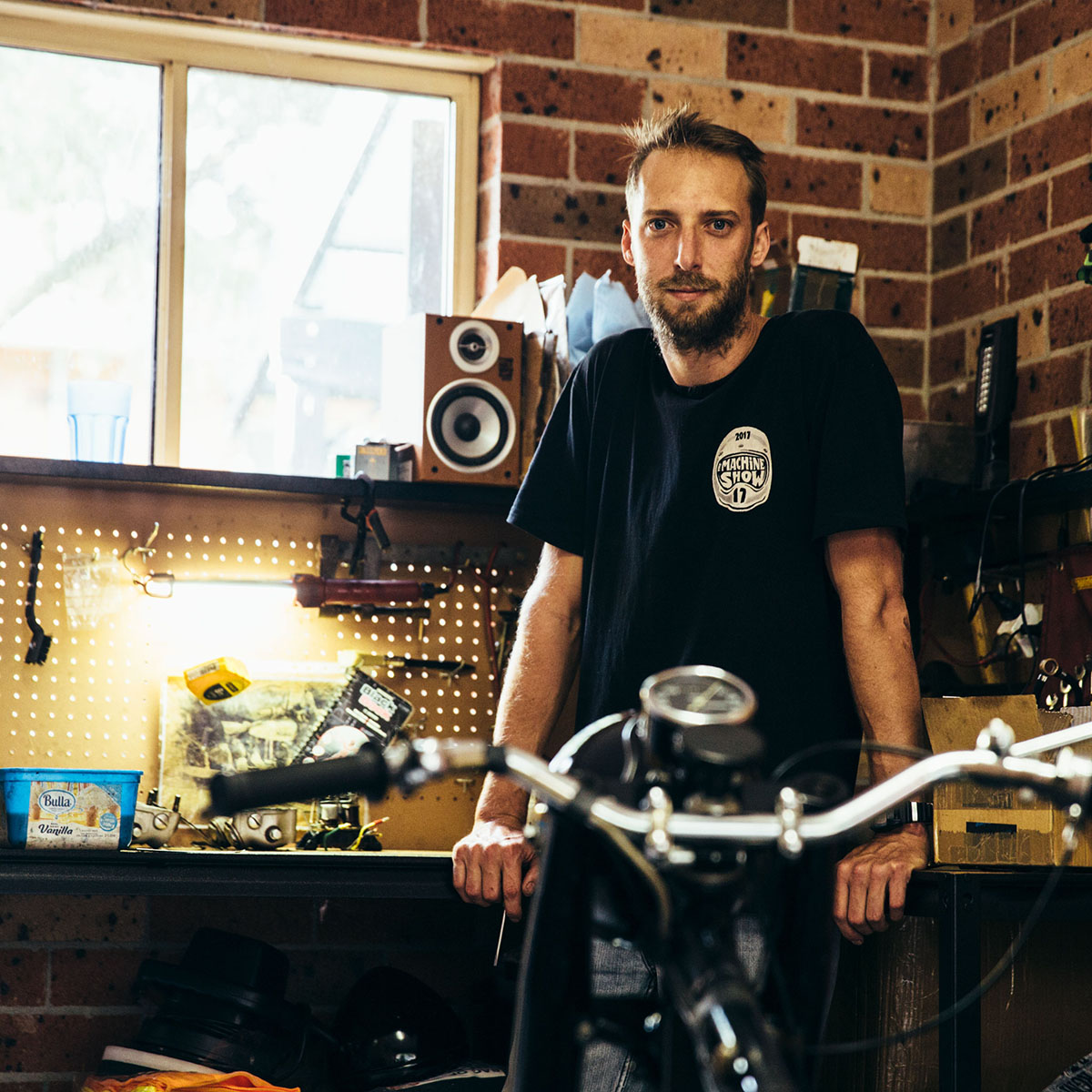 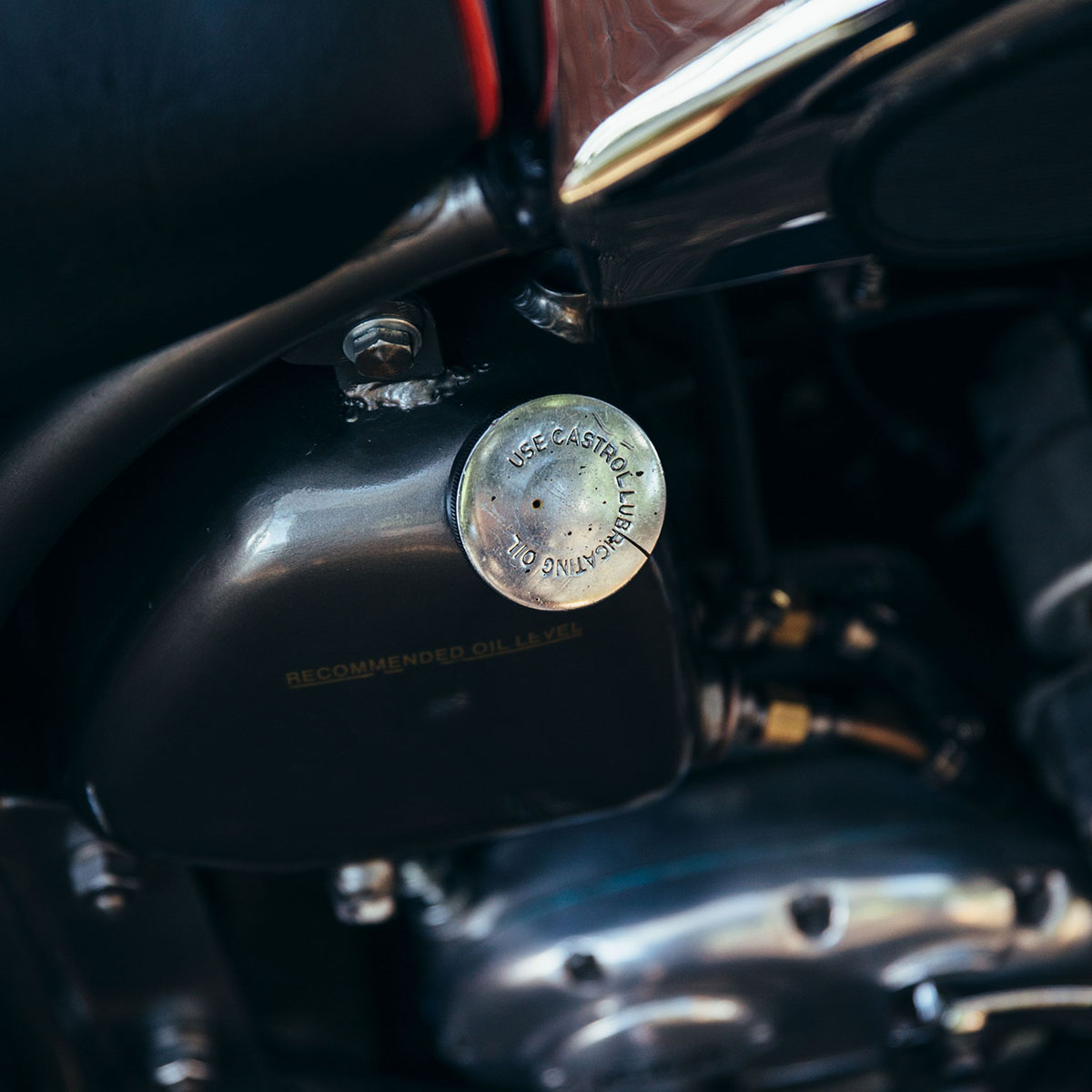 Ross’ love for wrenching and restoring has grown into something more; he not only uses his ever-developing knowledge on his own builds, but he’s got a nifty little “on-the-side biz” which allows him to bury even more hours into the shed. He’s currently working away on one of his Nortons and a BSA from a customer. “Apart from the Dominator, I also own a 1973 Norton 750 Commando. Sharing the space is a 1948 BSA A7 Rigid that belongs to a customer. It’s receiving a carburettor bore and re-sleeve, front suspension overhaul, electrical system and charging health check and tune once it’s back running.” 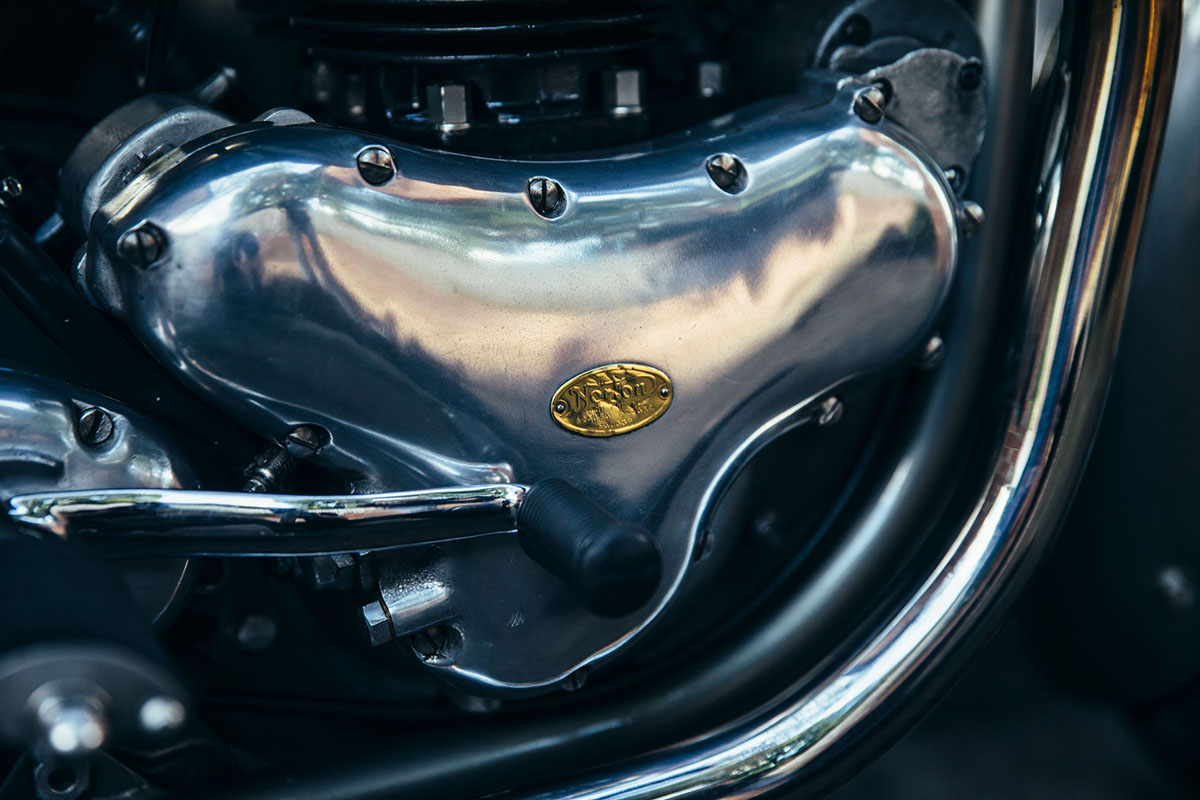 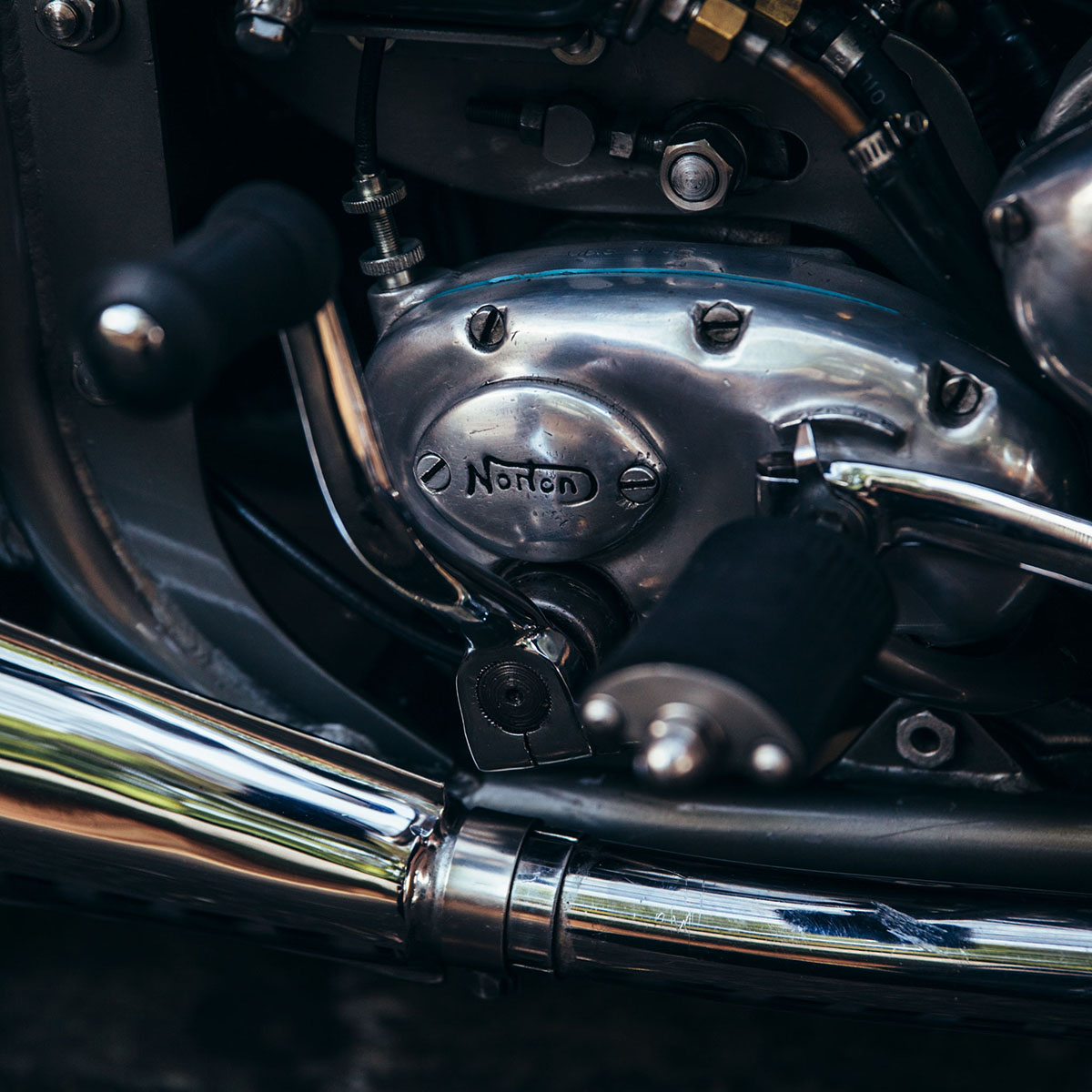 Ross’ obsession for bikes was passed down to him from his Father, and upon picking up his Dominator and restoring it has expanded into working not only on his machines, but other classic British bike enthusiasts. “I can take care of servicing, tuning, engine re-building, gearbox rebuilding, wheel rebuilds – anything that doesn’t require high precision machining as I don’t have a lathe or mill yet.” Ross has always been immersed in bikes from a young age, all thanks to his dad. “He had a variety of motorcycles since I can remember: Laverda, Nortons, Ducati’s, BMW’s, to name a few. I saw the bikes he restored and rode.” These bikes would have lifelong impact on Ross’ life, starting with the classic kiddie bike, a QR50. 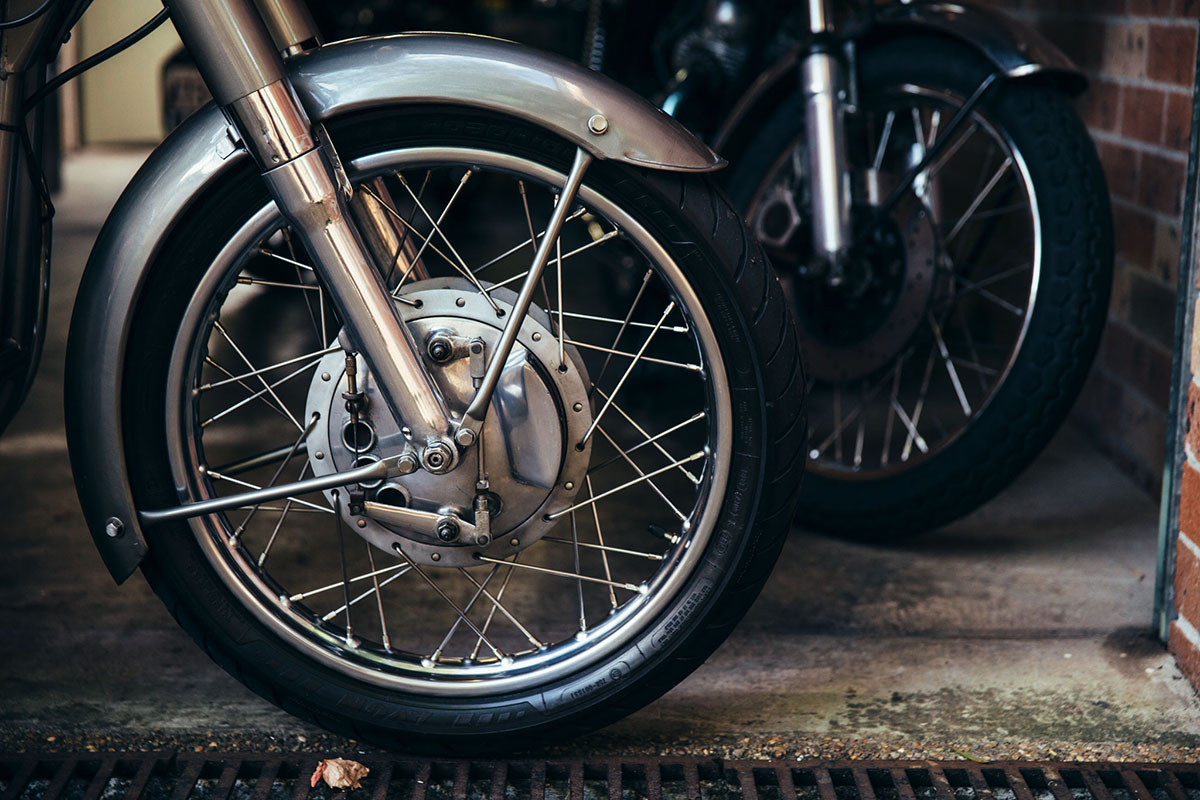 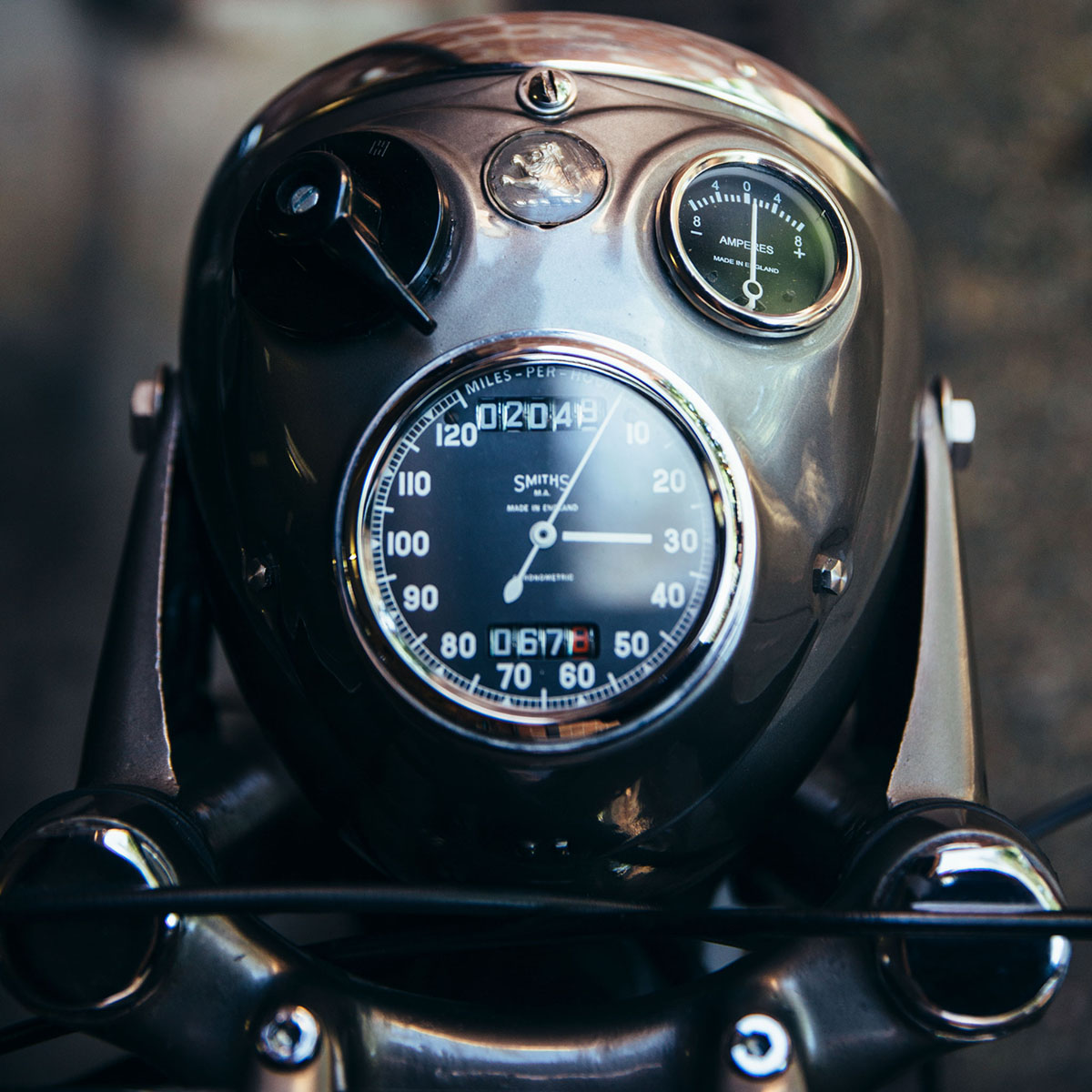 From there, Ross’ childhood passion continued through to adulthood, until he had to lower the two wheel flag temporarily. “I’ve had xr’s, a Yamaha MX80 and a Postie Bike after the latest XR seized. I then raced a CR80, flat track and motocross back in the day when you could buy AVGAS from the local servo. After the racing, cars became more important i.e chasing girls and going out and i eventually got a hold of an old RM250 before leaving for the defence force. After a long period of being deployed and not being able to have both car and motorbike, an opportunity presented itself in the way of the now restored Dominator. The opportunity was to good to resist.” 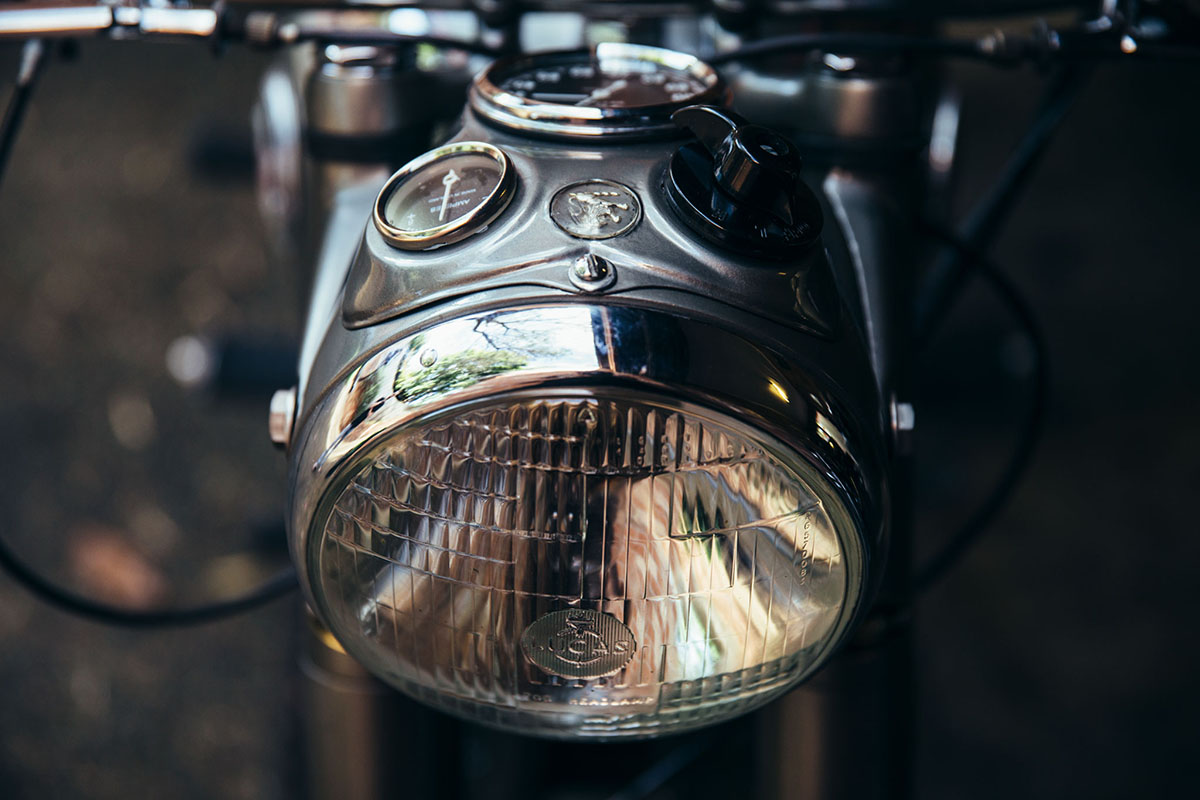 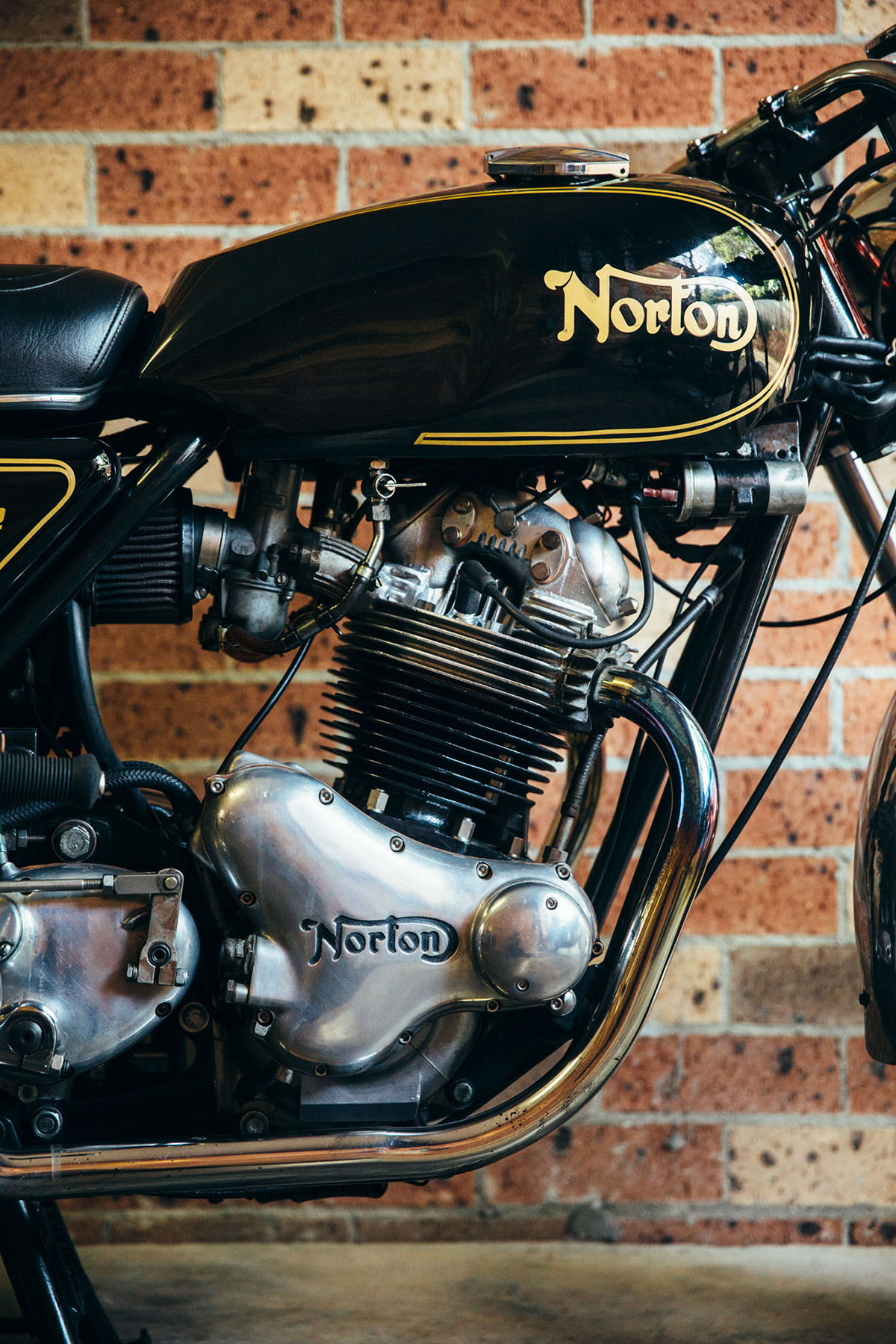 And with that, the rest was history. Now Ross’ life is a balancing act between the defence force and motorcycling, where uses his time at home to challenge himself and wind-down, where every moment brings him closer to the bikes he builds. “I enjoy electrical fault finding, as it used to be a big part of my job in the defence force, and most of the time it’s challenging. Engine re-building relaxes me, it’s sort of therapeutic. I also enjoy working on other things that I have never worked on before, i.e the BSA that’s being worked on at the moment.” 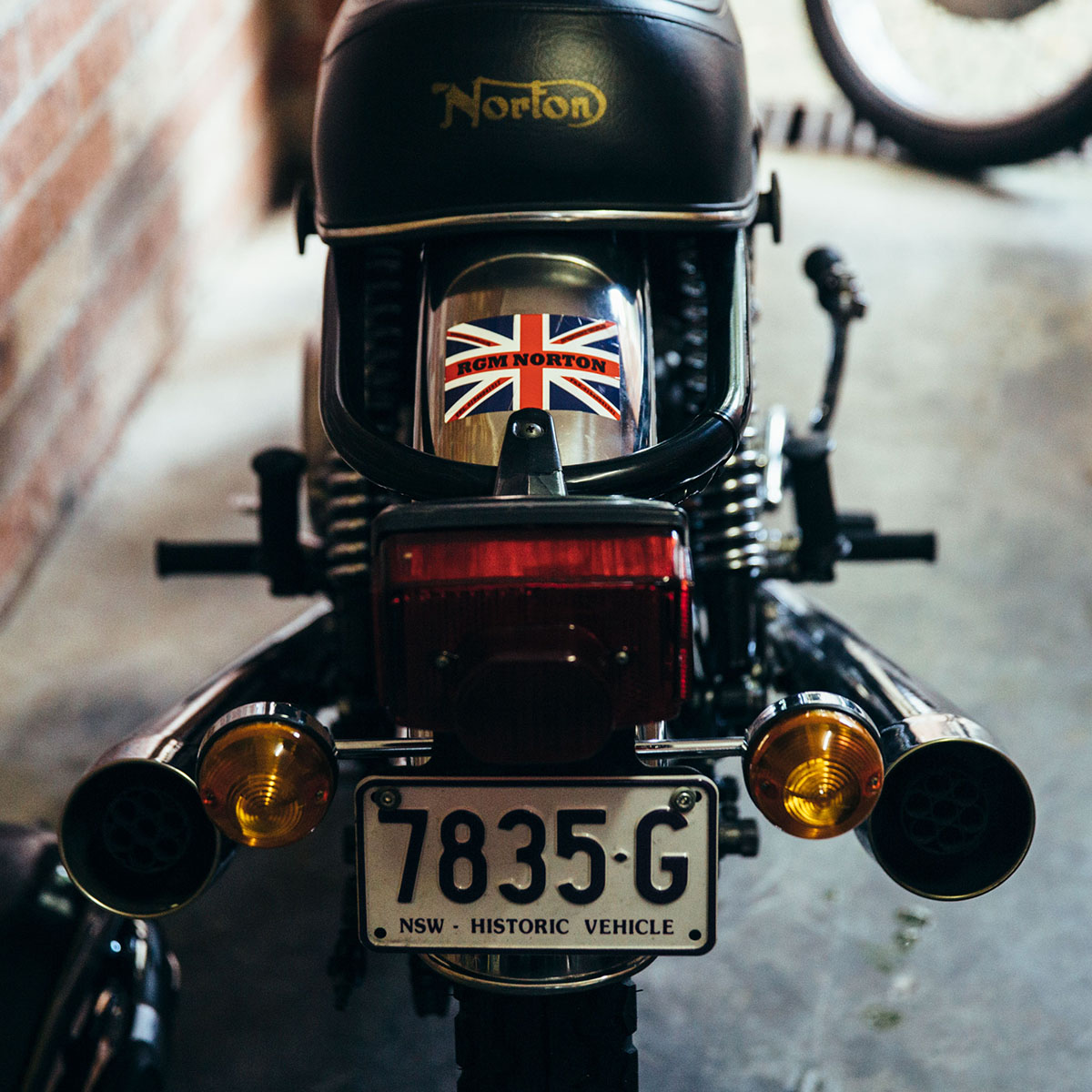 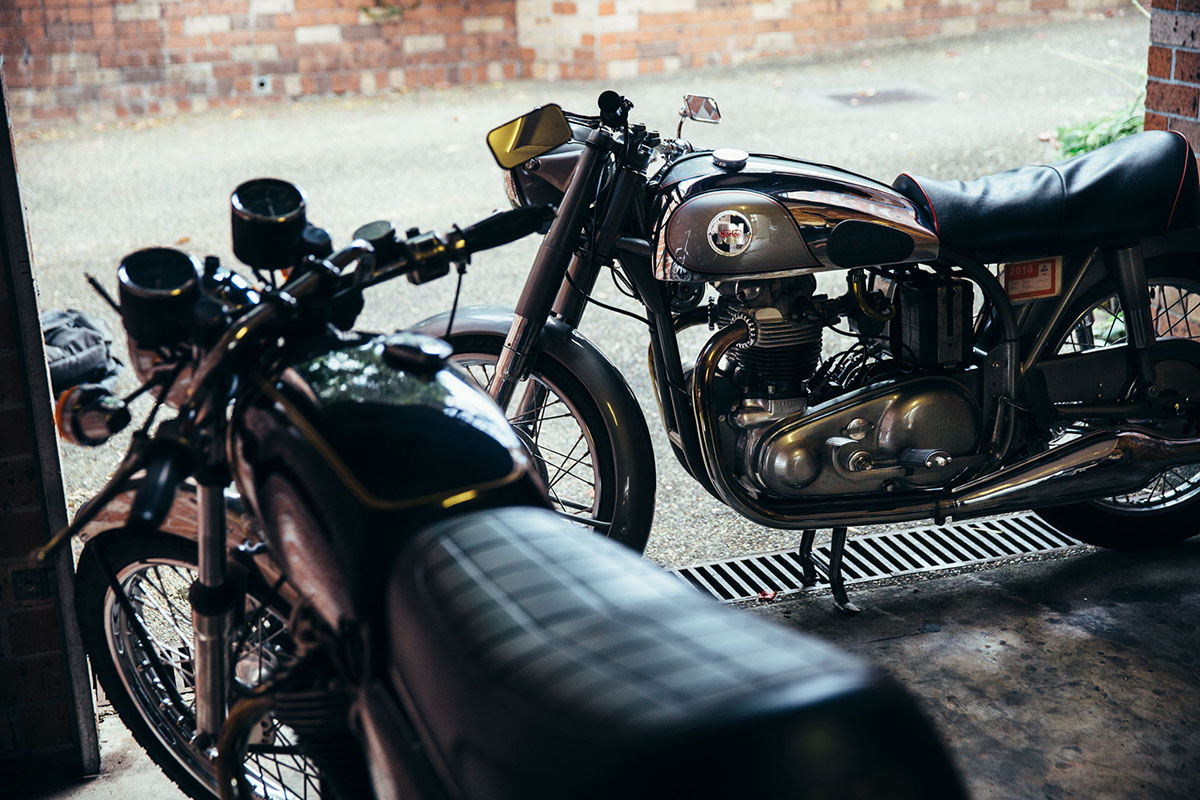 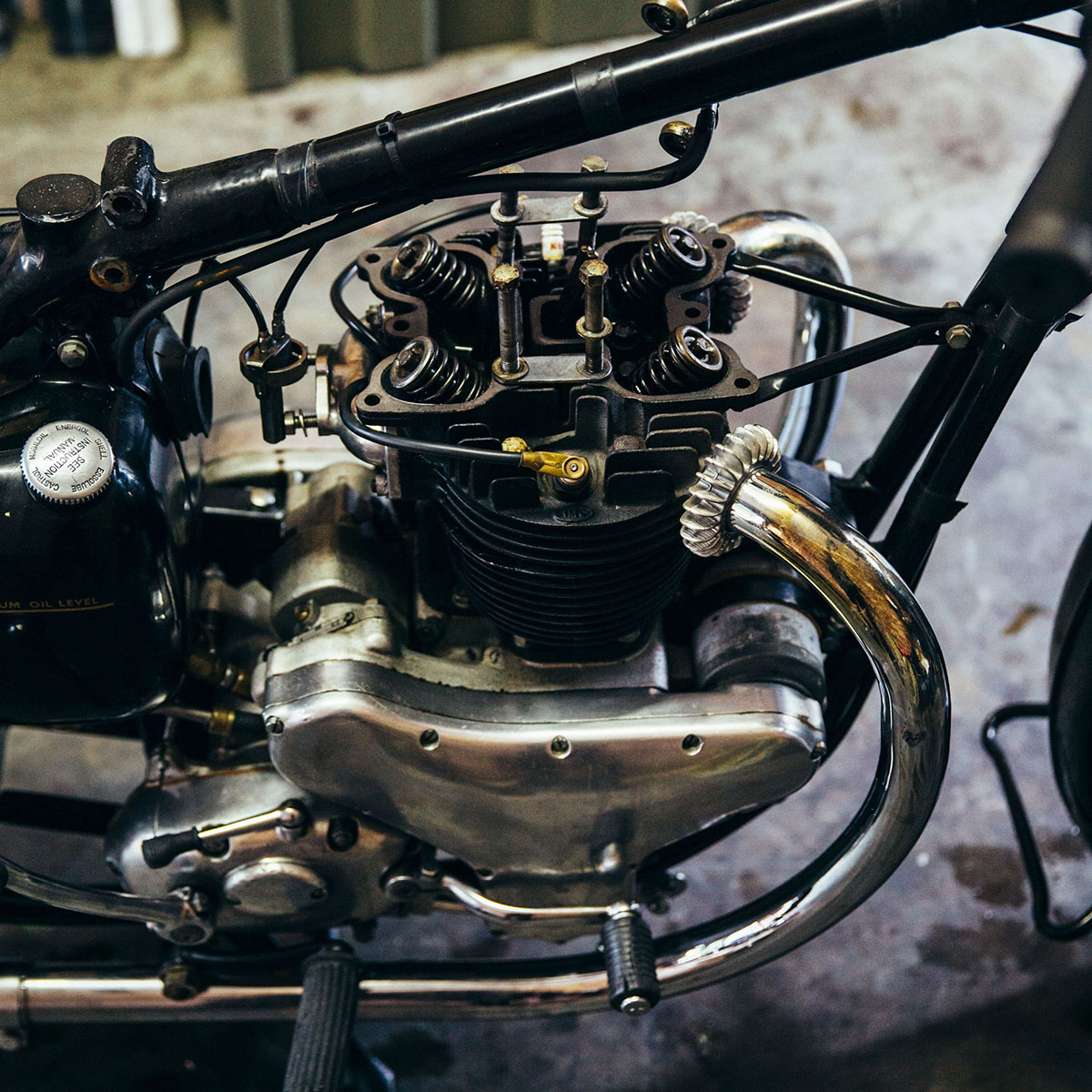 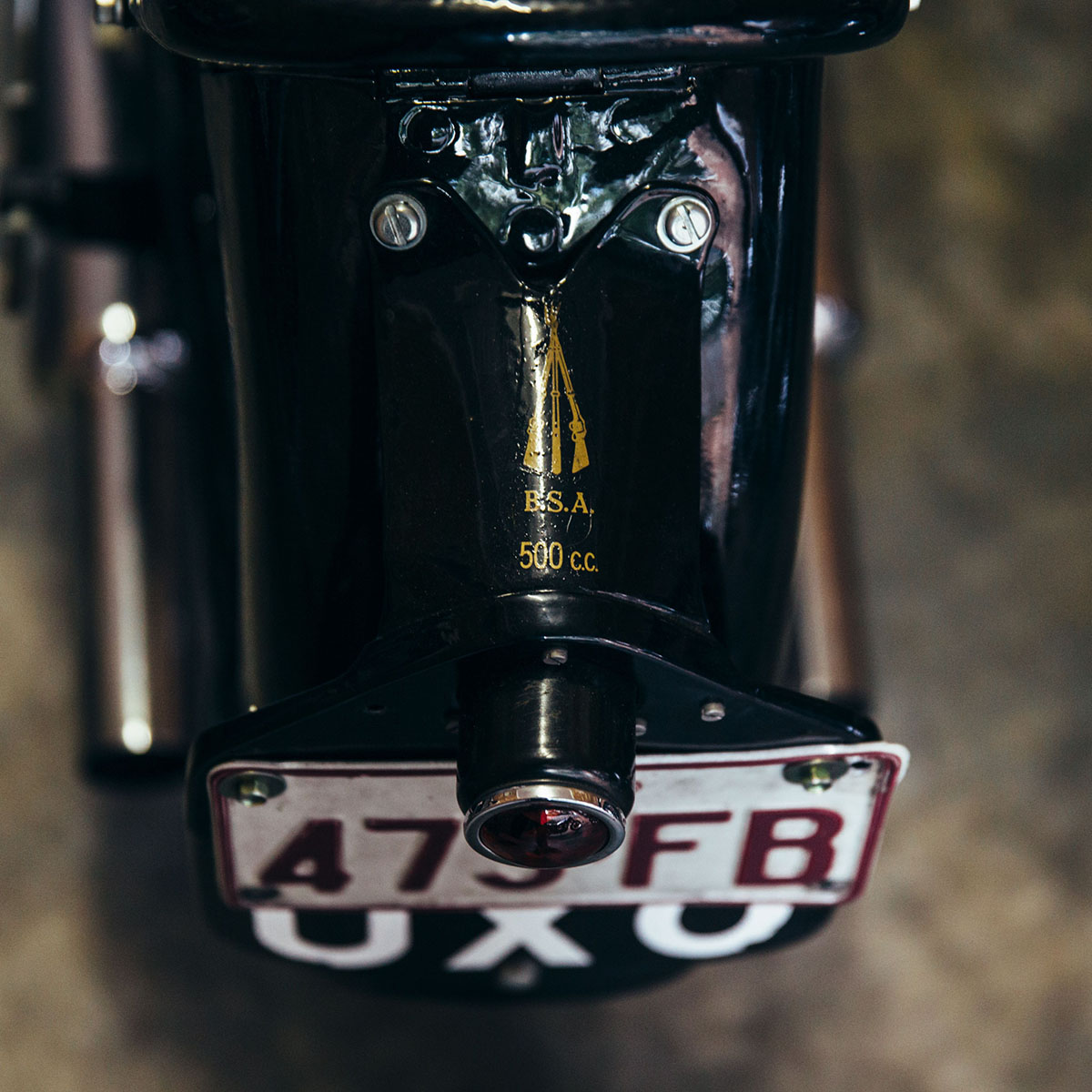 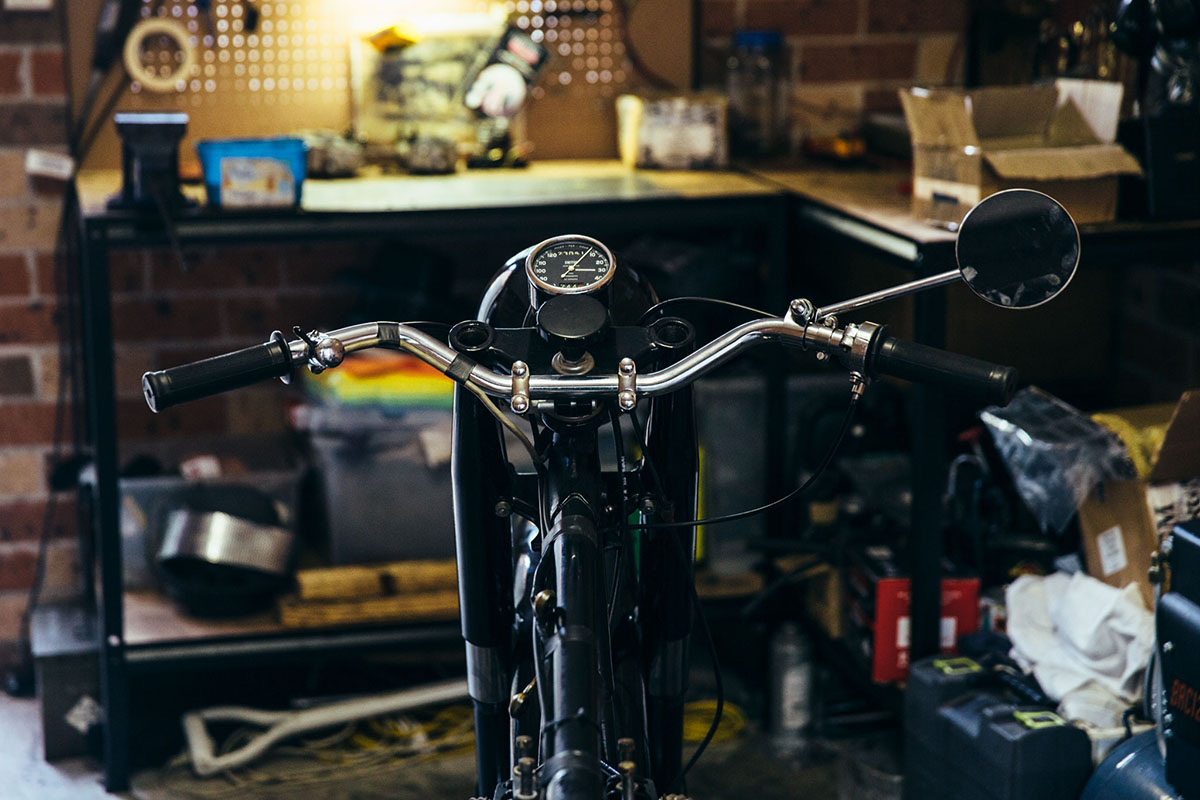 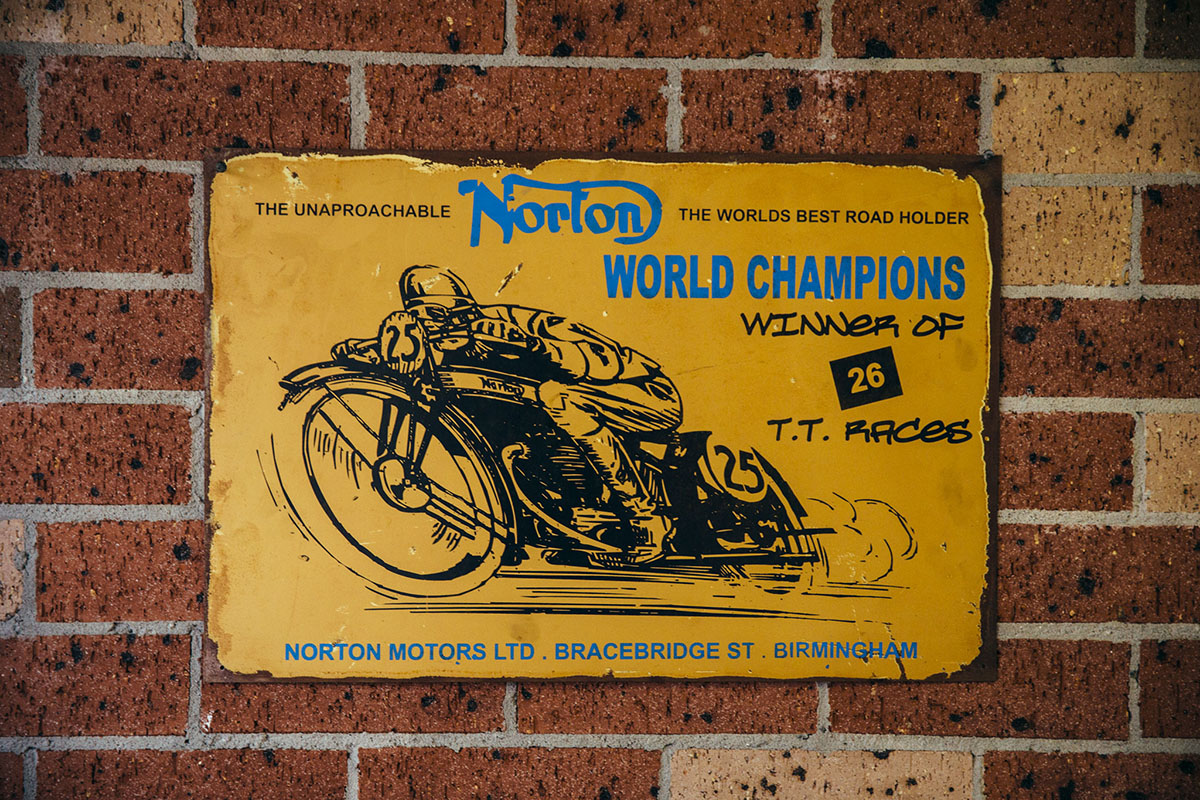 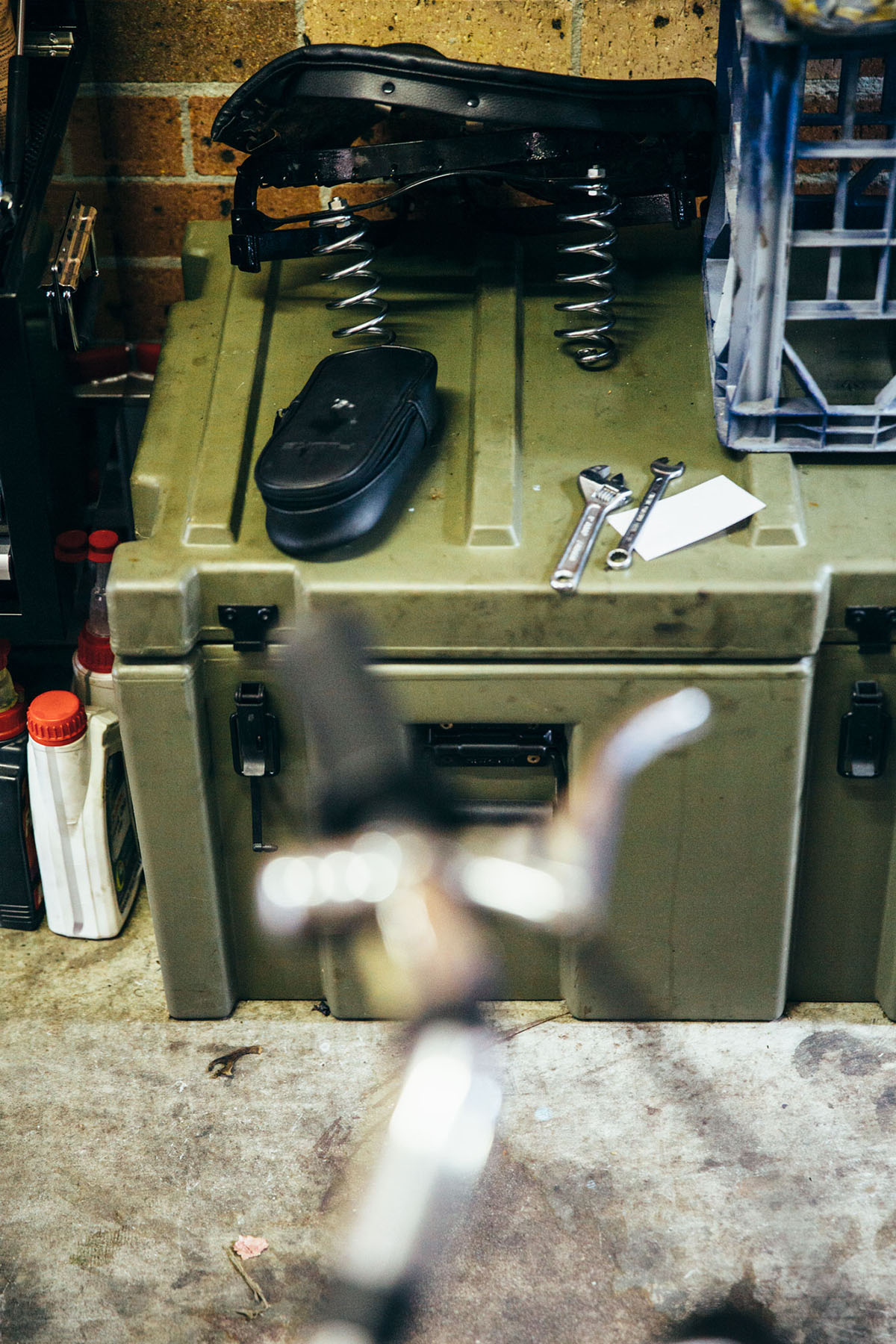 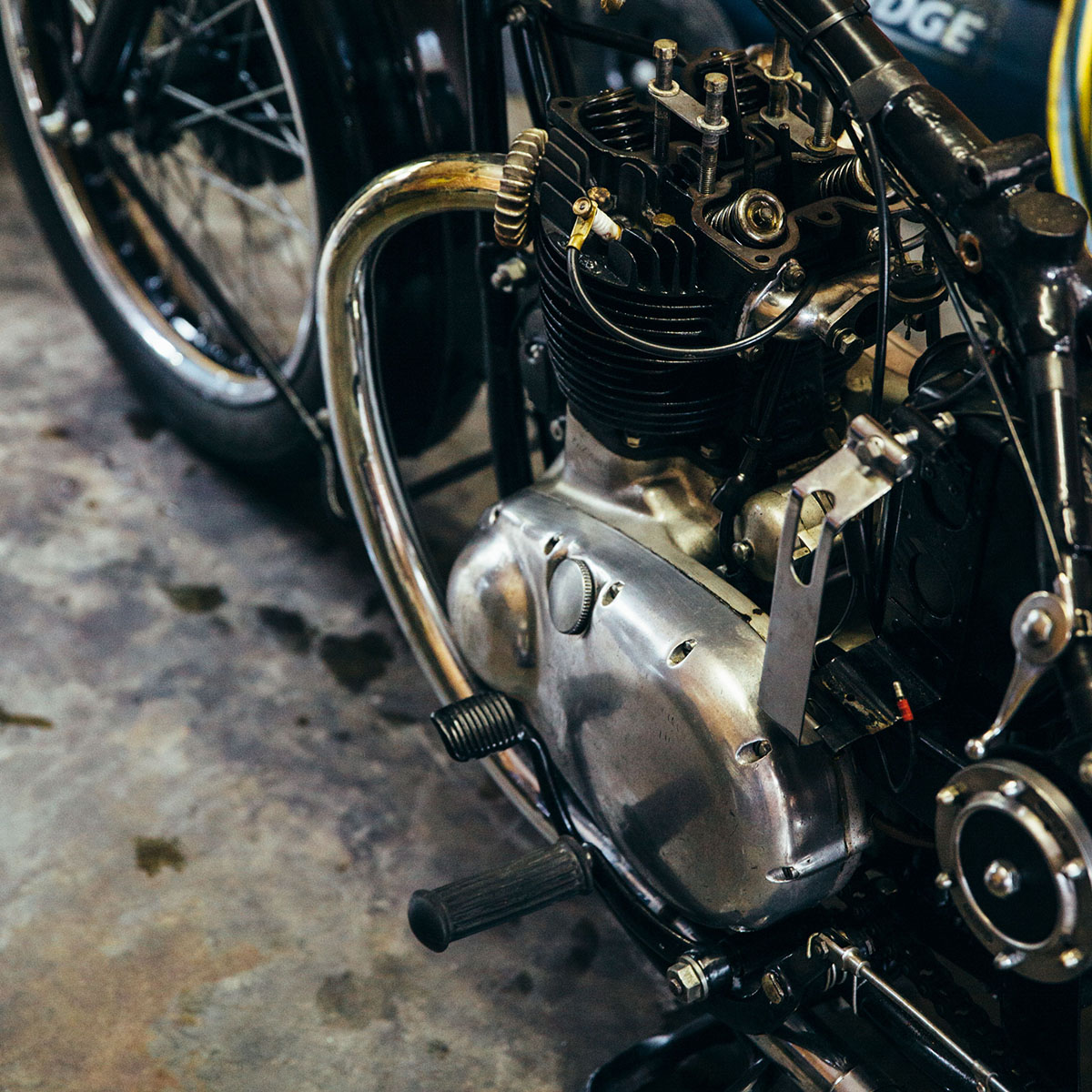 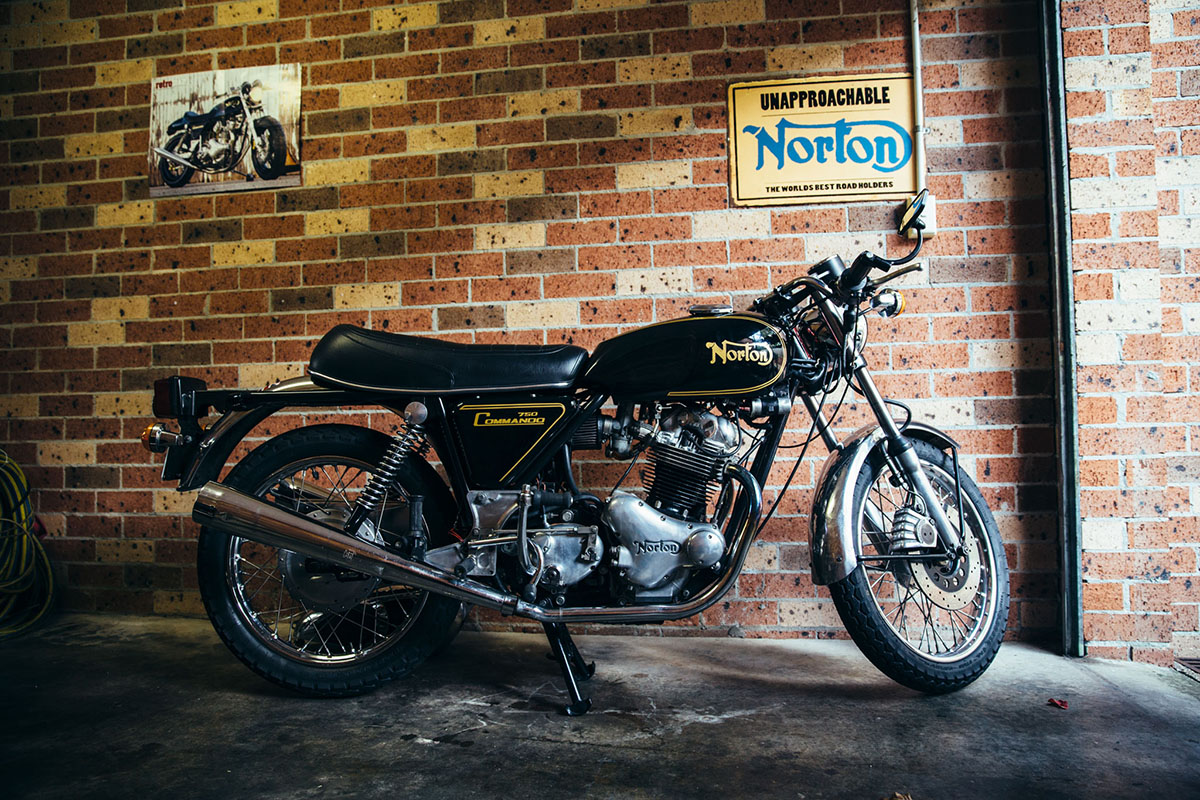 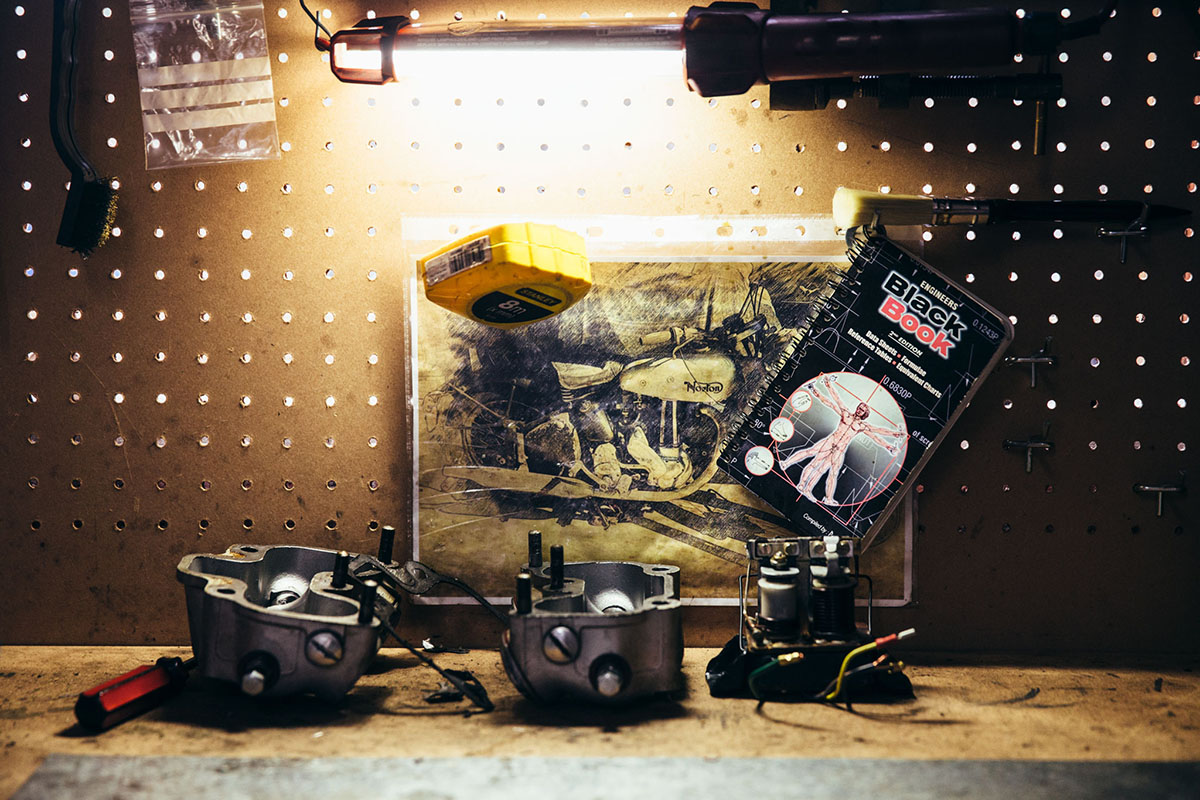 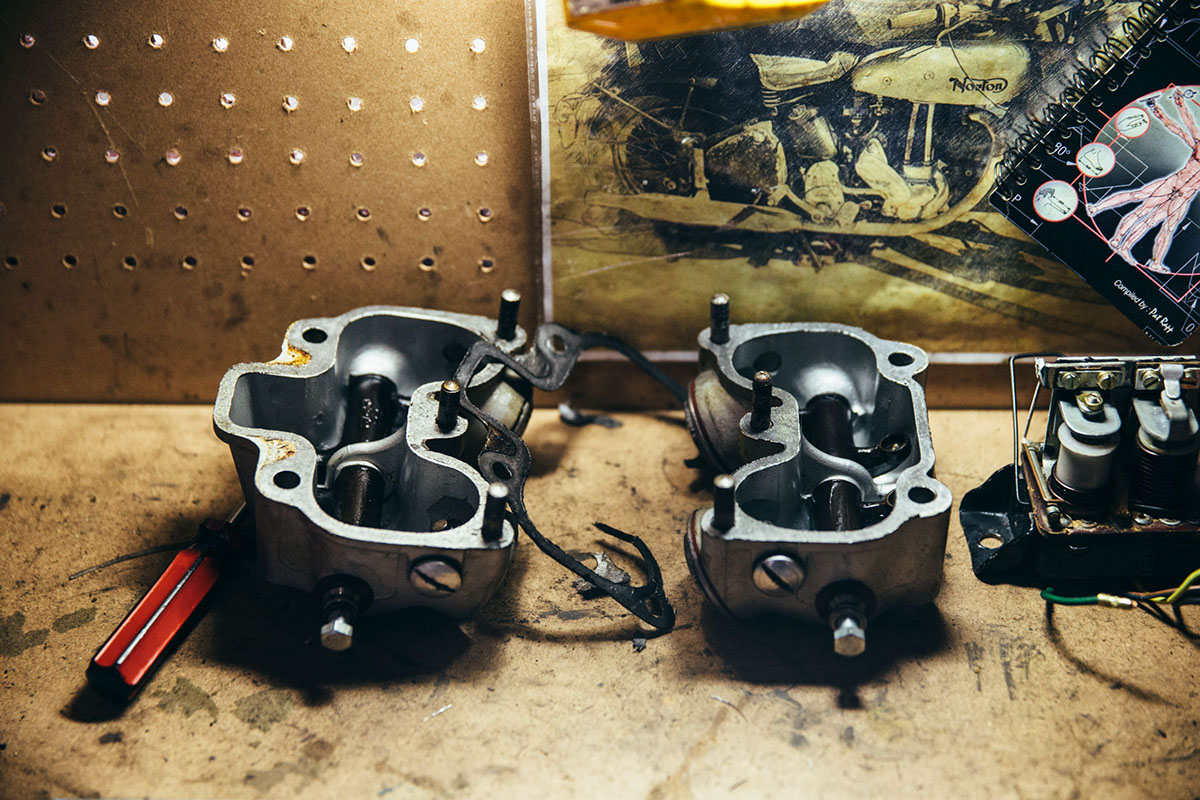 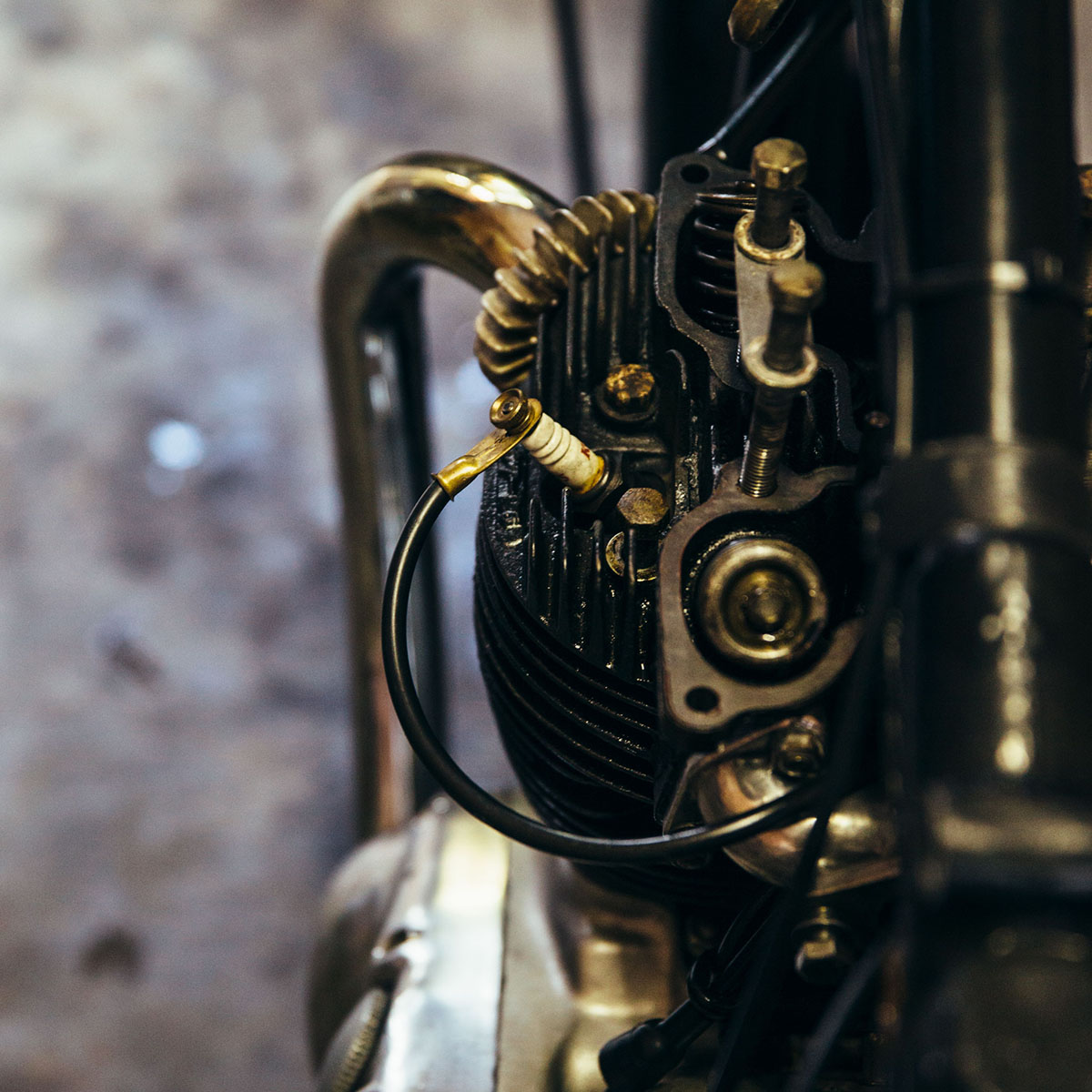 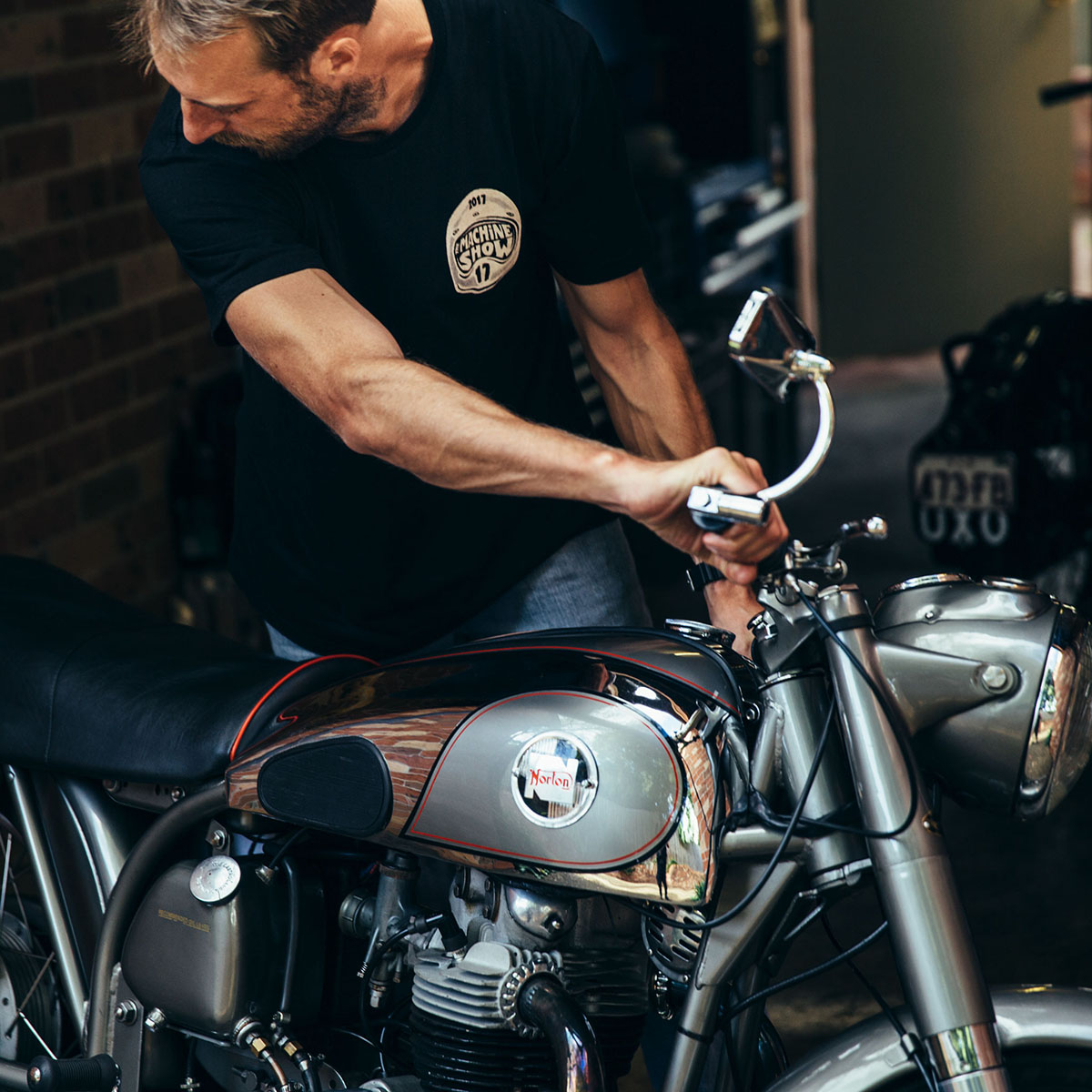 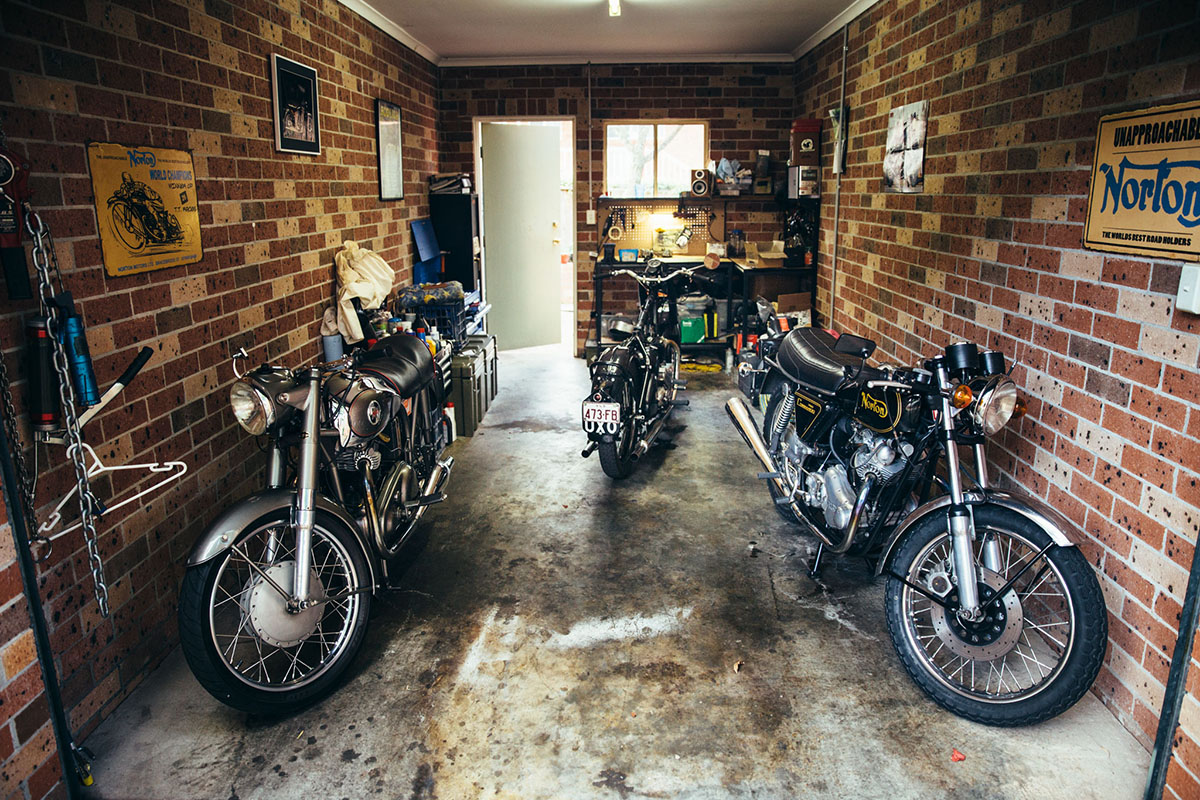