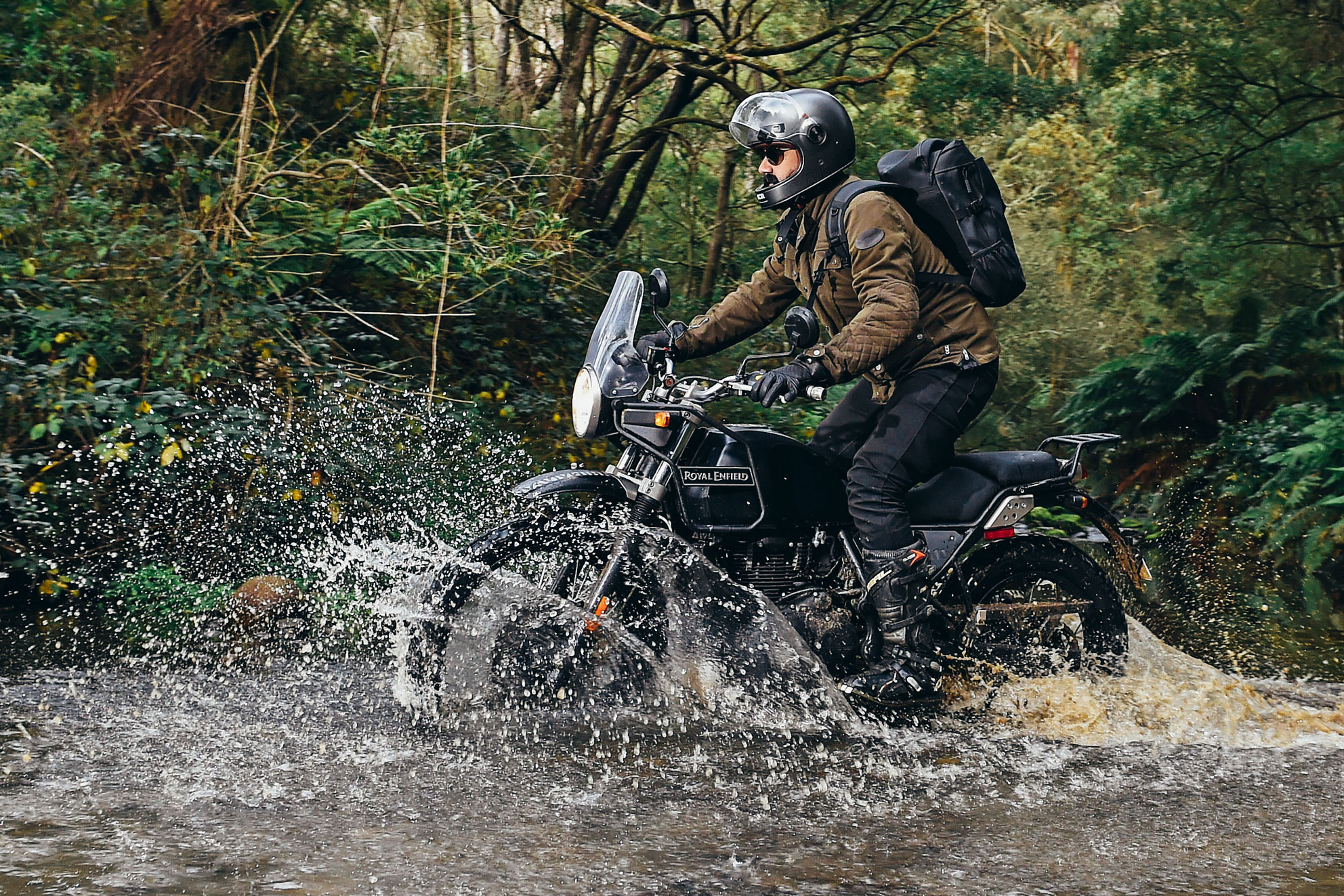 From strength to strength, Royal Enfield has been kicking ass in expanding their name in the international motorcycle market. This heritage rich brand has now released the first of a more modern machine to our brave new world- meet the Himalayan. 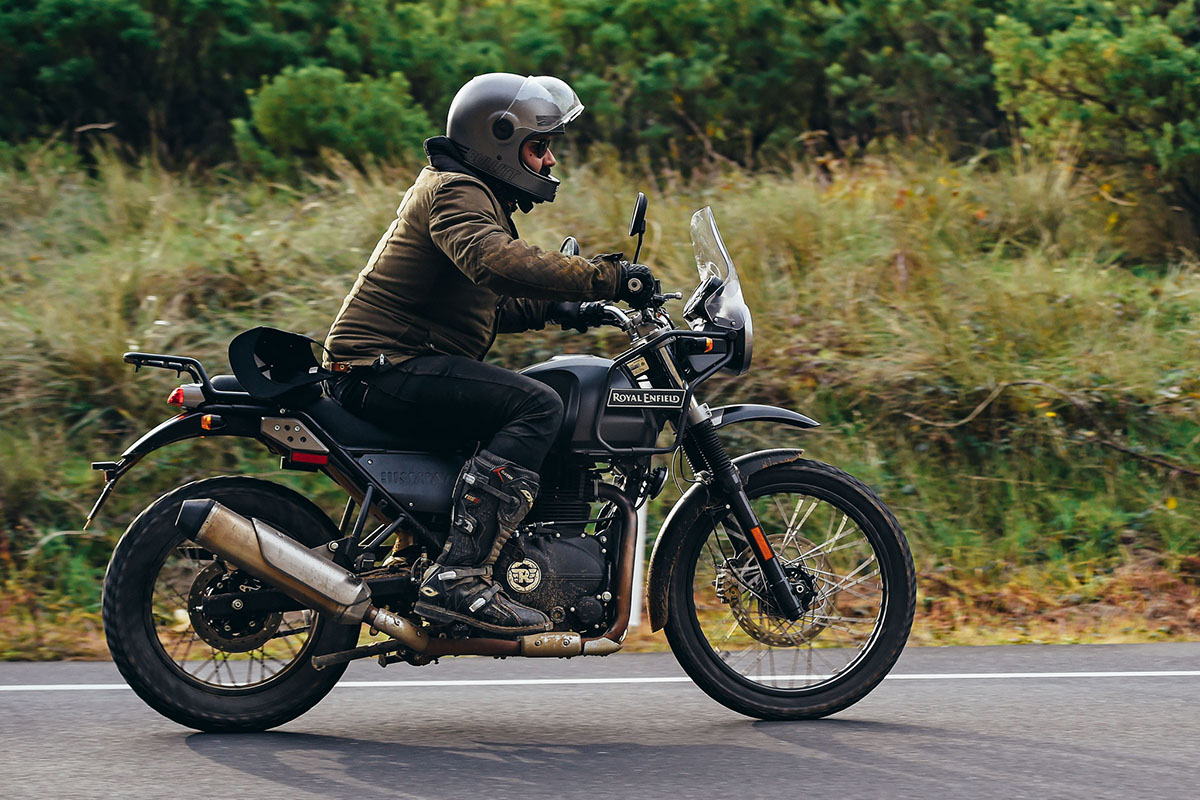 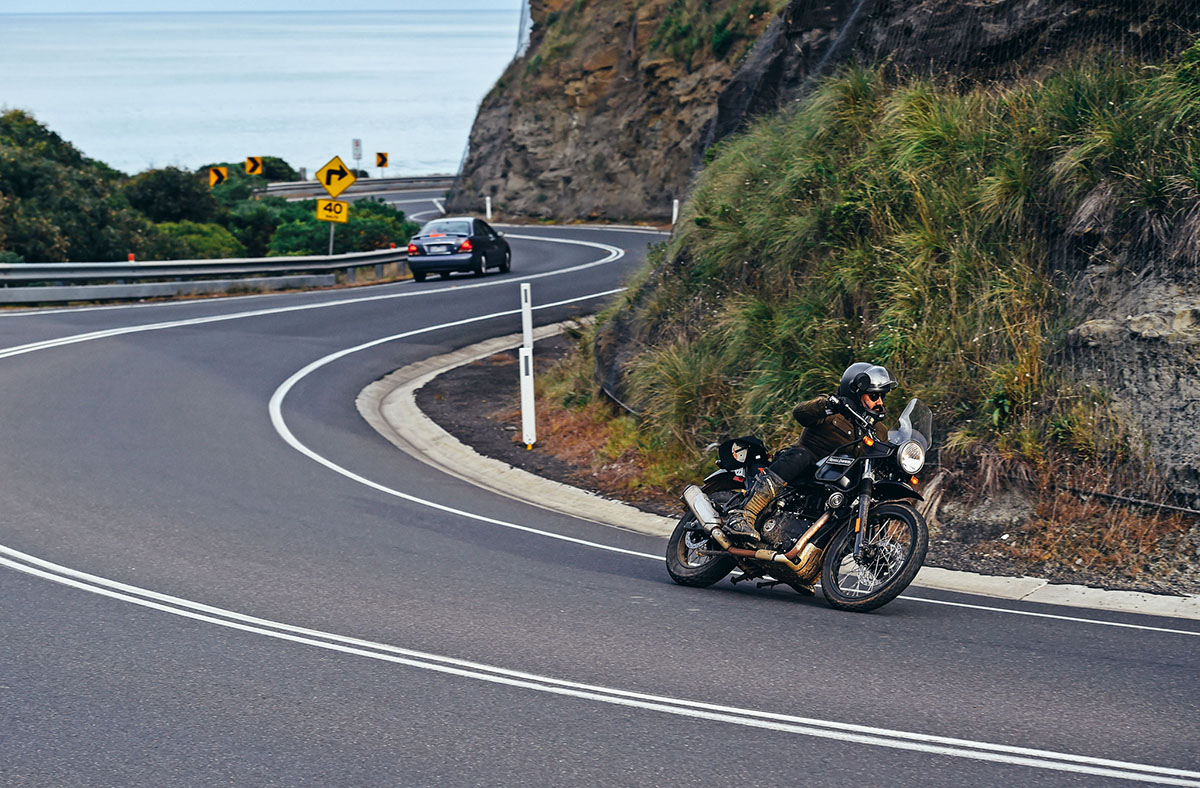 Royal Enfield is a brand that is well in touch with their history. Their bikes today are a reflection of that single cylinder madness that ruled the roads of yesterday. They’ve found incredible success in their machines year-on-year production increasing to a forecasted 900,000 bikes in 2018. 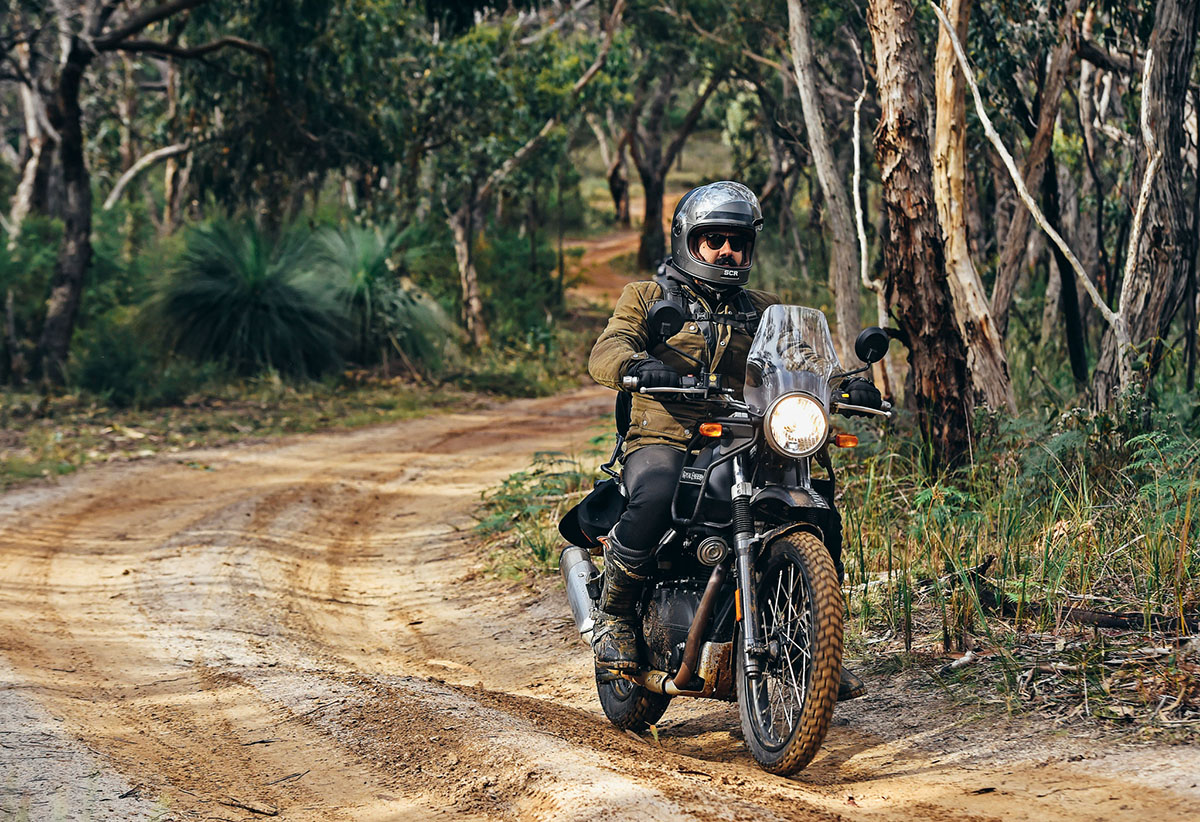 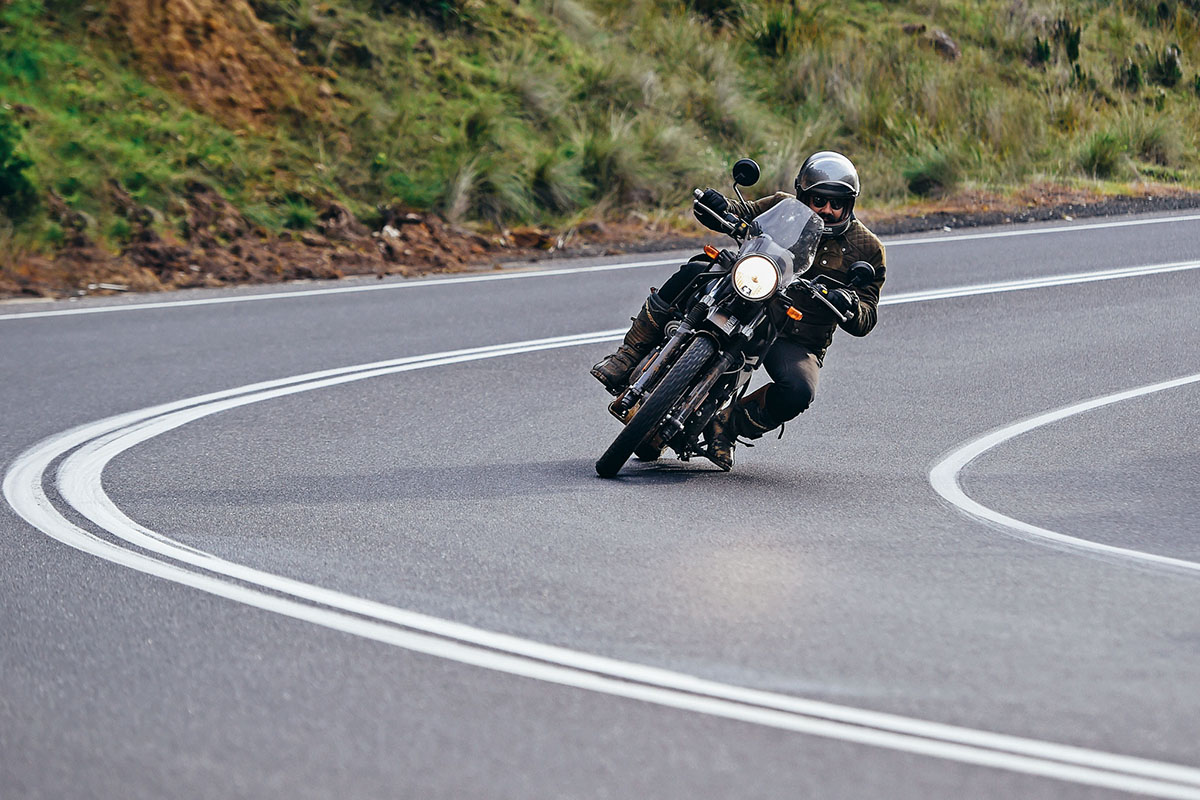 Casting aside any form of a heritage throwback, the first modern adventure machine from Royal Enfield has been aptly named, The Himalayan. Slugging Royal Enfields around treacherous terrains is nothing new; it’s something my mates and I experienced on a Himalayan Heroes tour of Nepal in 2015. This new step in the Royal Enfield journey features their new LS 410 engine, and an ethos about accessibility and a break from the extreme. 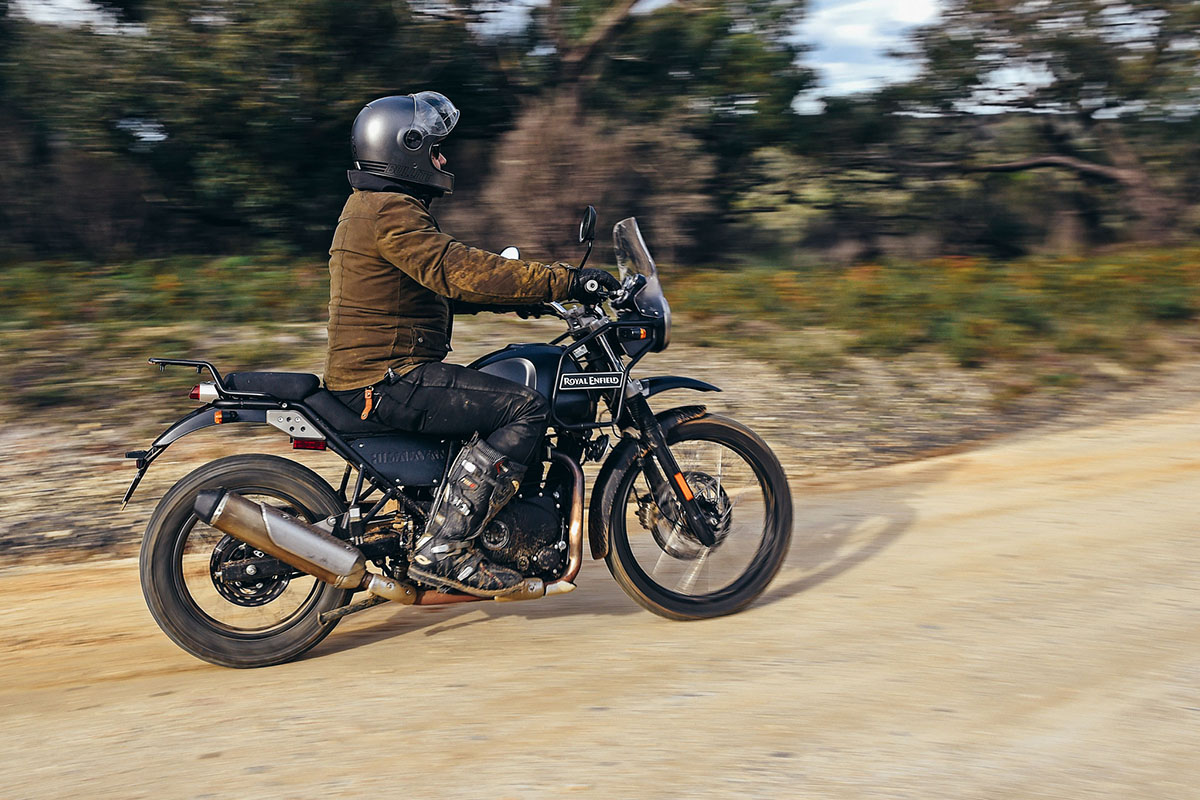 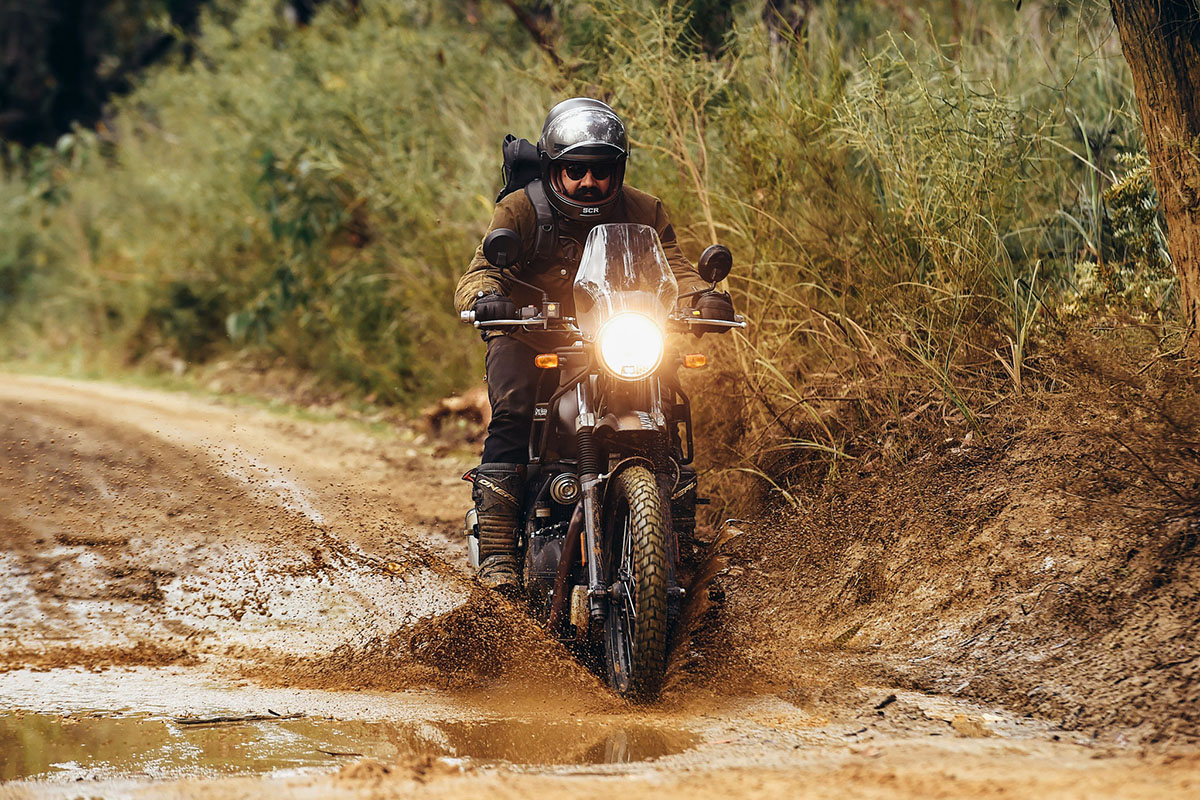 To kick off the launch of this bike on Australian soil, I was invited to Melbourne, to get my bum on the seat and knees down. The group of us that had gathered was greeted with a bit of a history-pep talk on Royal Enfield. It was a nice little introduction on not only where this heavy-hitter hailed from, but also where they were headed. Hearing their history, it’s easy to get swept up in the excitement. But I was even more excited about the opportunity to test this new Himalayan in some off-road conditions – although it wouldn’t all go to plan. 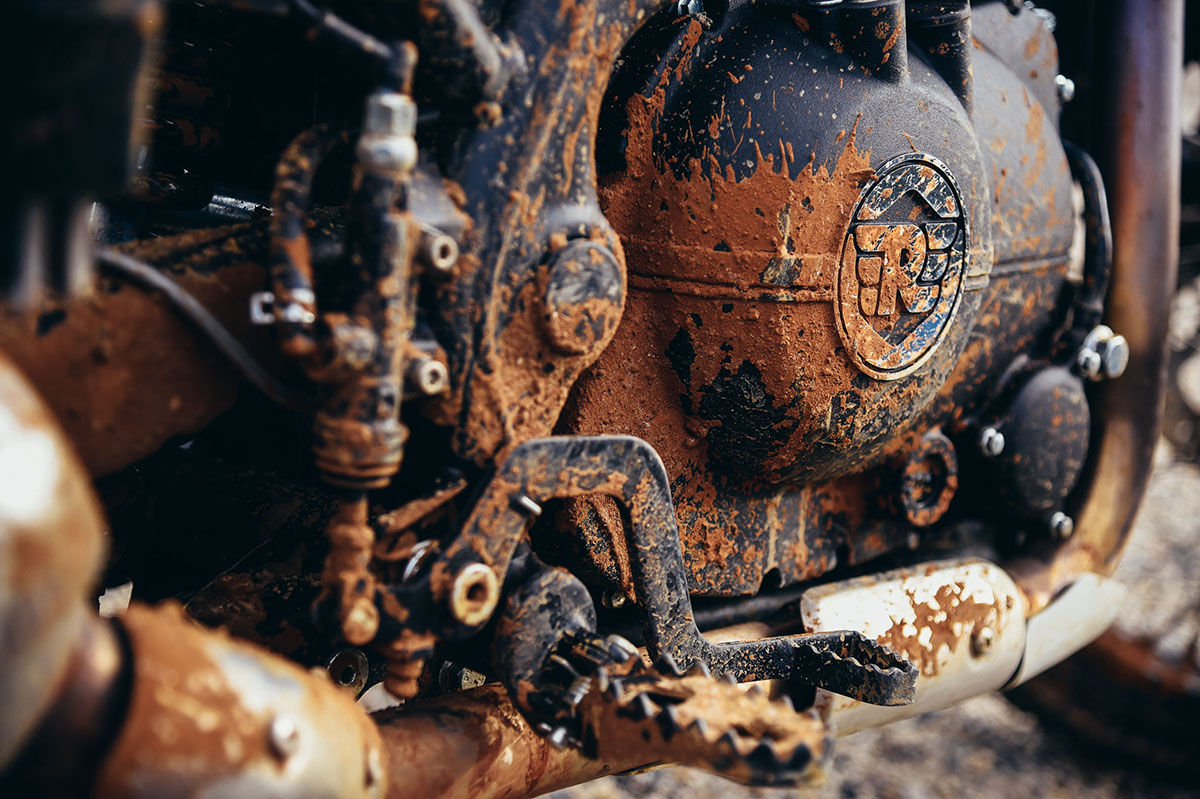 Wind back to 2015, where a group of us had hit Nepal to ride from Kathmandu to Pokaha, Muktinath and back again. This trip was truly amazing, and was all achieved on our single cylinder Royal Enfield 350 & 500 Bullets – they withstood it all. River crossings, mud, loose rocks, boulders and cliffs. I was surprised we all lived to tell the tale of those 12 days. Fast-forward to 2016 and some leaked images appeared of a motorcycle built by Royal Enfield for the exact conditions we rode through in Nepal. It’s now 2017, and I’ve been handed the opportunity to test ride the all-new Himalayan. This is no street bike draped in adventure. This is an all round bike built for whatever you want to throw at it. 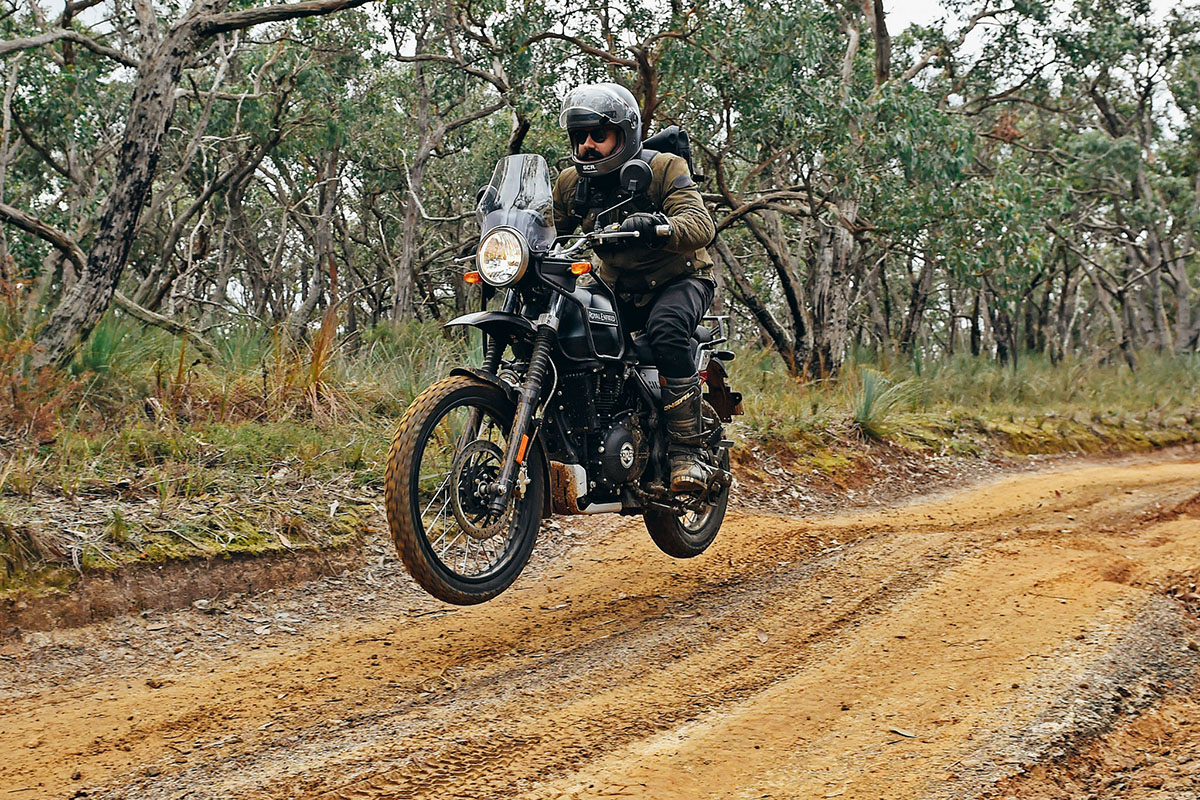 We started off in Melbourne city, heading to beachside town of Torquay for the start of the Great Ocean road. Along the way we snuck in some off-road action give me the ability to test the bikes mono shock suspension, Harris Bros frame, the 21” front wheel and absolutely everything in-between. 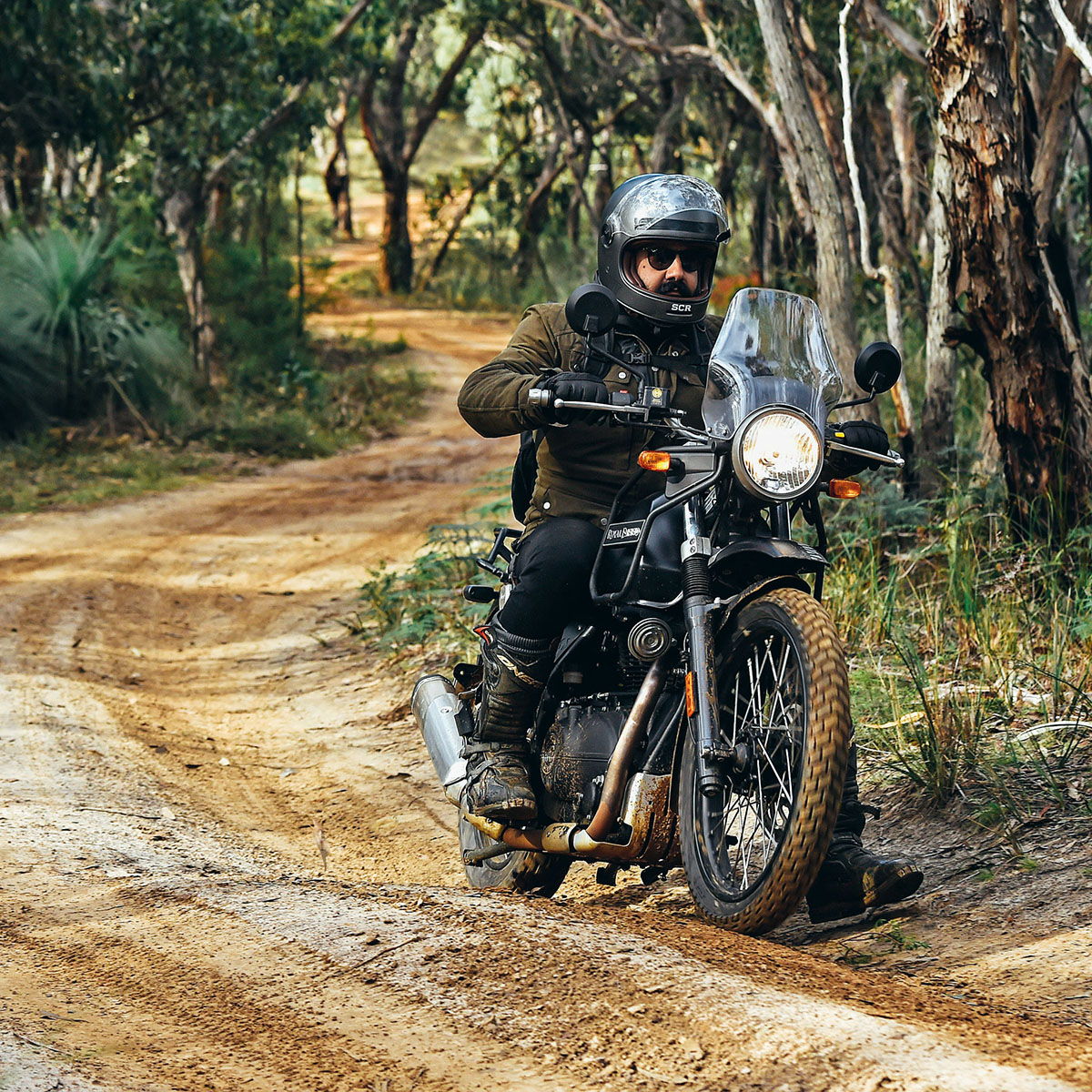 From tarmac to dirt, this bike is an adventure machine. It is far more capable than my skill level, having (tried to) negotiate a steep decent with a mix of loose rocks, dirt and trenches, I stalled the bike and with no power to accelerate out of a ditch, I lost control of the bike and dropped it. Embarrassing? Yep. On top of that I spent hours the night before, ensuring I don’t fail to bring any of the items I need for the 2 day ride; however – I forgot my kneepads, which as luck would have it, is exactly what I landed on. With bent bars, a bent ego and unable to bend my legs properly I continued to watch the rest of the experienced crew ride off into the distance as I cautiously rode, knowing my body can’t physically deal with another incident. 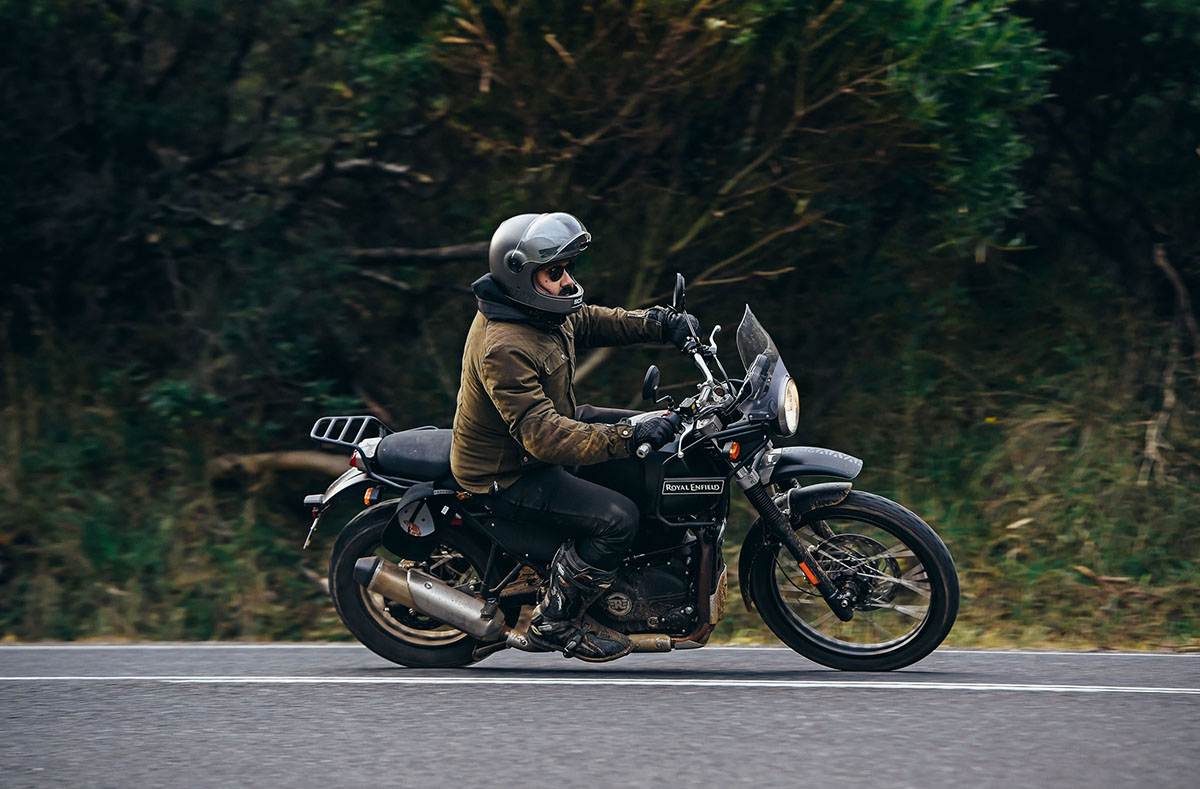 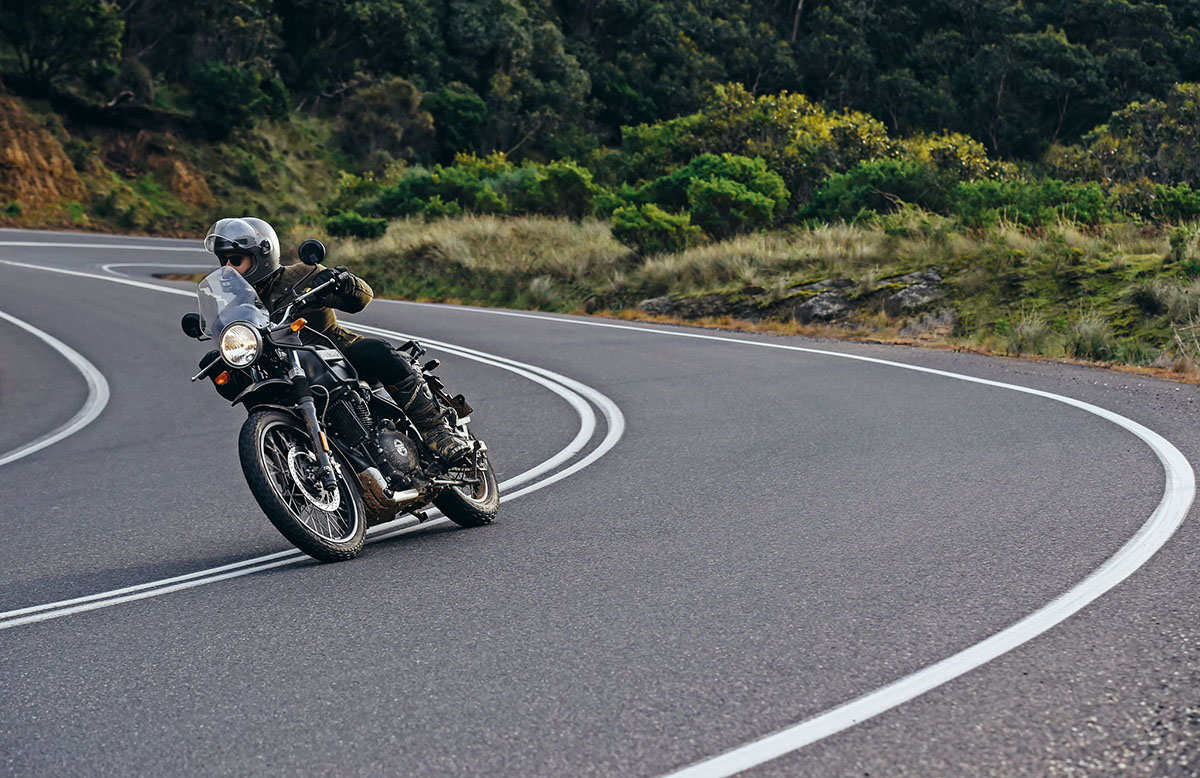 The ride continued and we transitioned from off-road to tarmac. Day turned to night and we ended up at Wye River for the night. This was the perfect opportunity to hold my hat out as I collected all the drugs (for pain…) on offer. Come 10pm, I had collected enough for a mini party in my cabin, by myself. Party favourites like the Spice Girls and Backstreet Boys played as the pain disappeared. I woke up feeling fresh as fuck on the Thursday and ready to tackle the world. Bright and early we caught the sunrise on the beach as we manage some slow runs alongside the water, making sure we didn’t awaken any little snoozing mermaids. After breakfast we tested the bikes in river crossing conditions, and the rest of the day was spent hitting the fire trails along with some of the wonderful twisties of the Great Ocean Road, sparks flying as I try and get my knees as close to the tarmac as possible. 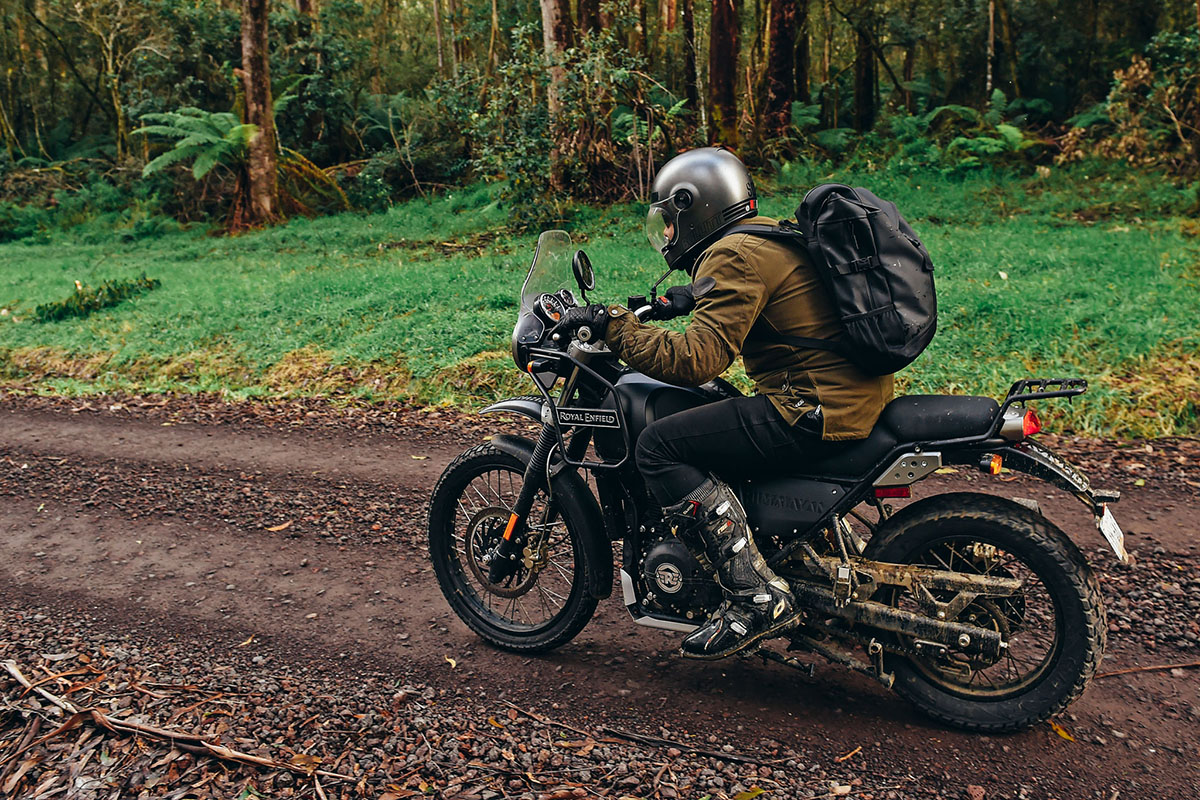 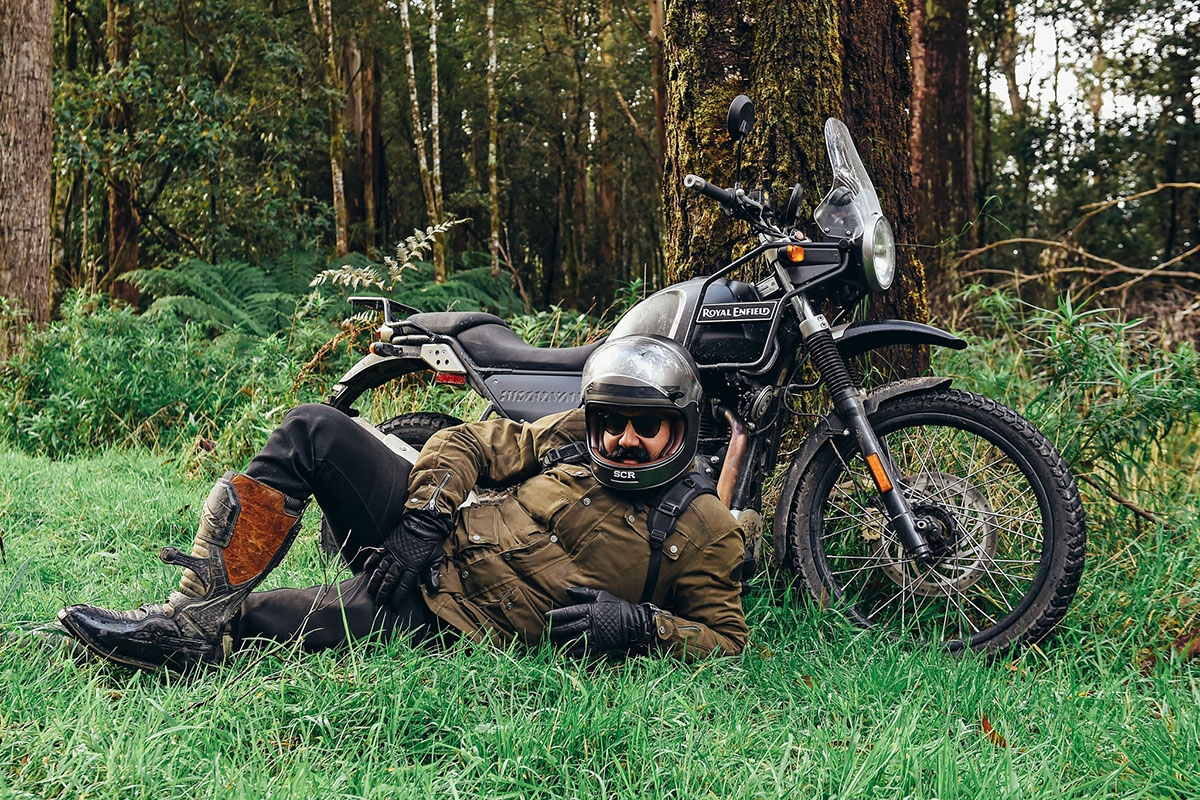 You can’t compare this to anything on the market; it stands in a class of its own. It’s a lightweight, versatile machine. This is the bike you can afford without breaking the bank, yet what you get in return for that $6999 is HUGE. You get a bike that is capable of inner city riding, sweeping corners, hairpins, but more importantly you get a bike that you can explore with. You get a bike that you can hit fire trails, hit the beach, hit more complex scenarios and go camping with. It’s an adventure machine that won’t have you battling 250kg of bike once you start to lose control. It’s an adventure machine that’s not going to cost you a kidney to repair if you have an accident. It’s an adventure machine that will get you where you want to go regardless of what surface you are riding on. It’s a very capable bike that deserves your attention. 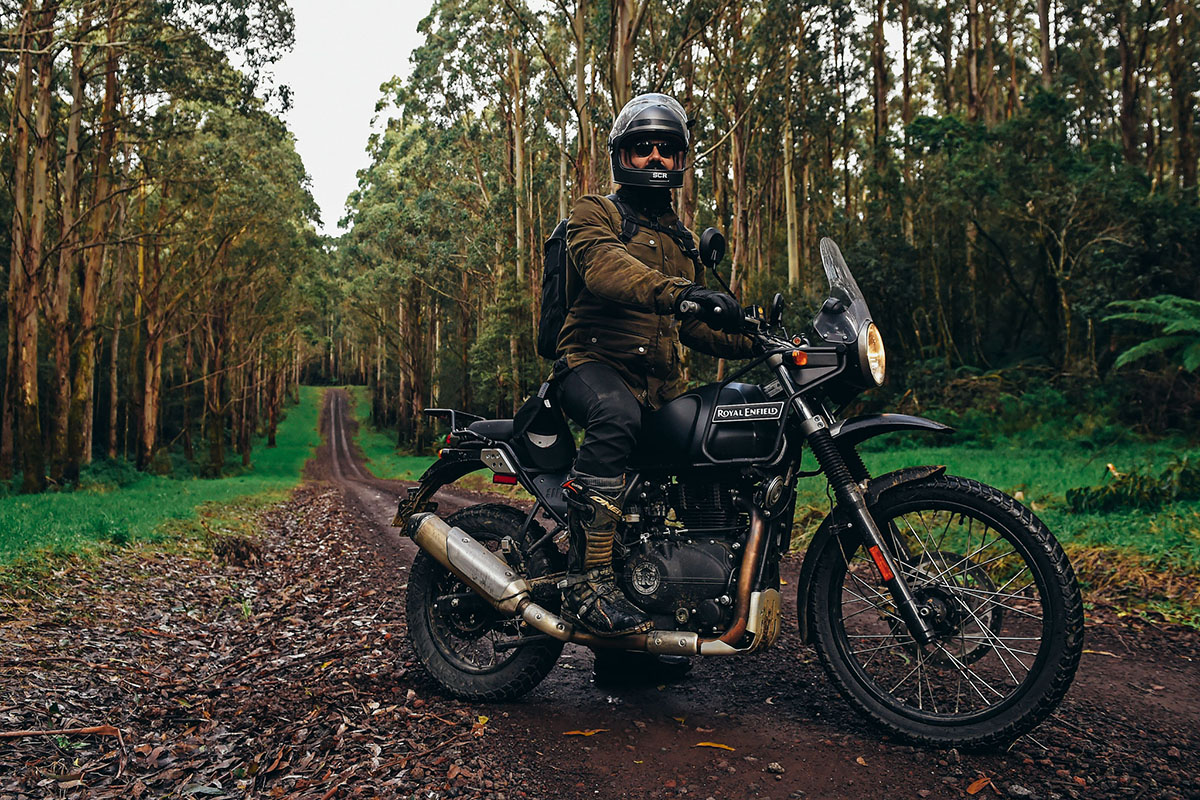 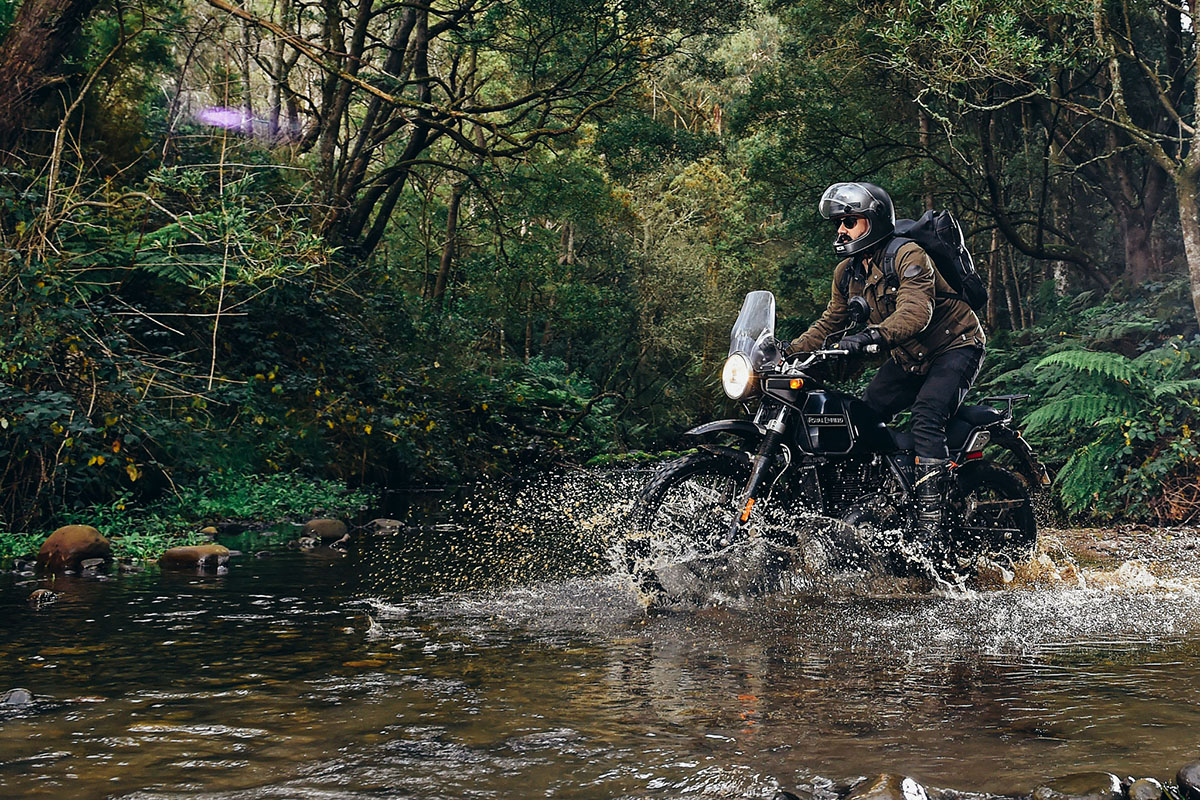 Now, lets be realistic, if you are a horsepower hero, please don’t buy one; you’ll be disappointed. With my 100kg frame, I could not hit the Ton, I got to 140kph, and that was downhill. On a flat road the fastest I could whip this little horse was 135kph. But that’s not a bad thing. At least you would never lose your full license if highway patrol nipped ya! 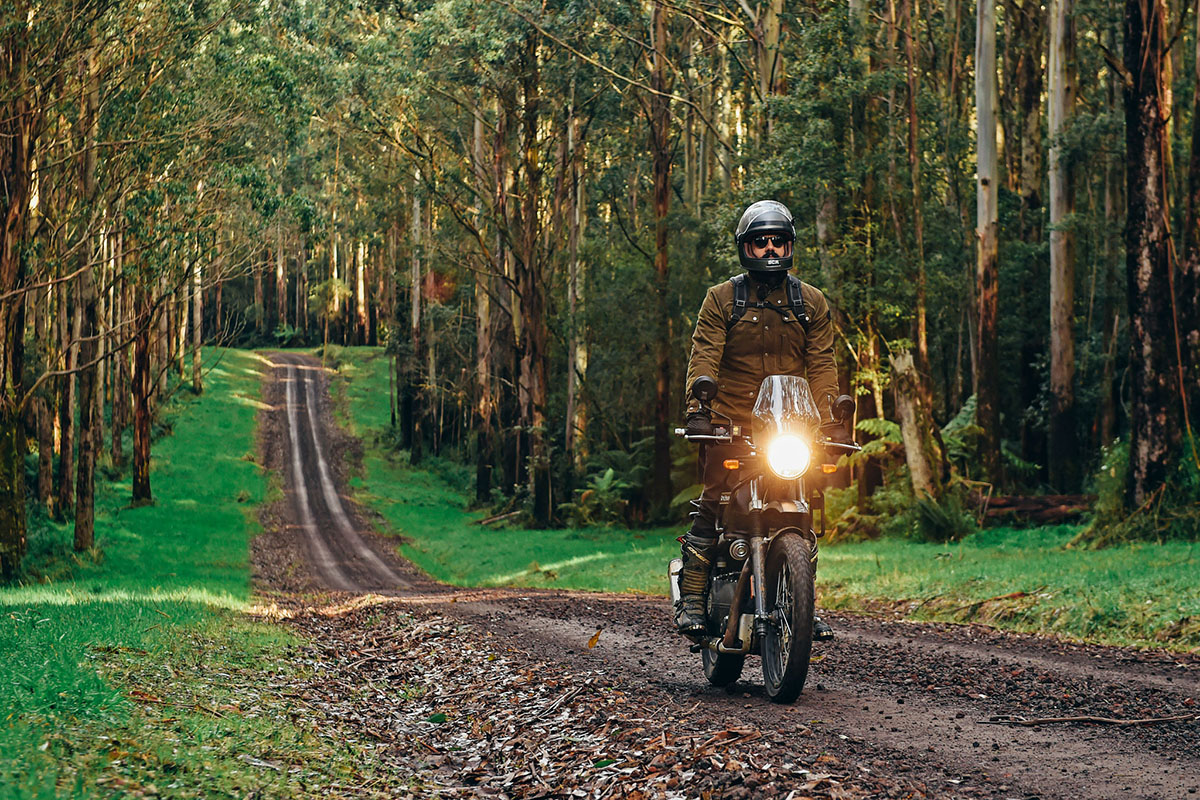 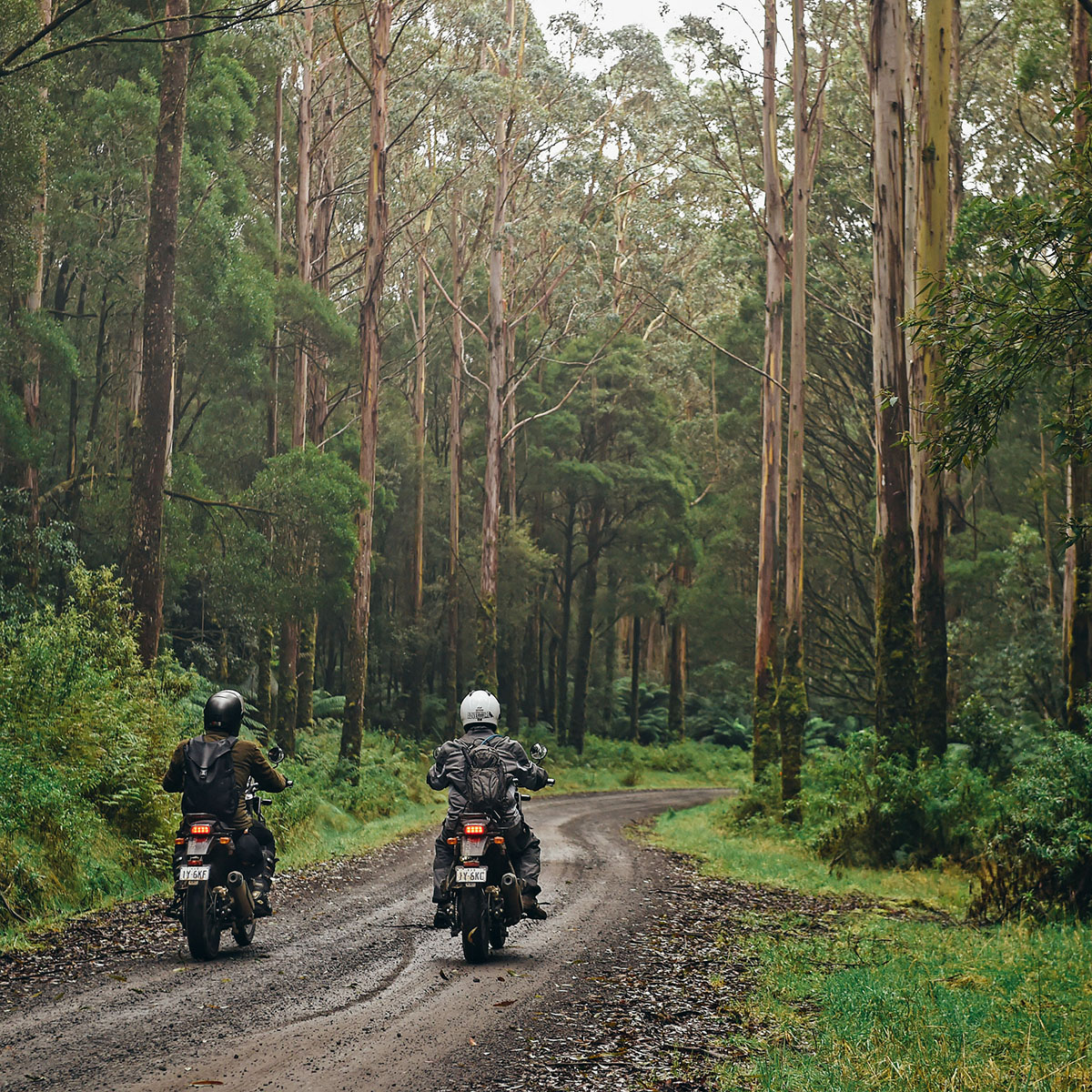 The bad parts: My flat track boots didn’t fit between the foot peg and gear shifter, which made for some awkward back of boot up shifts, which actually pissed me off a lot. Easily fixable if I had a piece of metal and a welder on hand, but I also forgot to bring that with me. Brakes are adequate, yet the front need a fair bit of squeezing until it really bites into the discs. The back brake locks up fairly easily, which made for a lot of screeching fun times.

The good parts: Everything else. With ample room for luggage, it still looks fucking rad, and is less then $7k on-road. It’s a smooth ride; even at top speed. It’s comfortable and can happily do 2-up. The pegs have removable rubber covers for when you want to get hardcore on dirt, river crossings, etc and it has a horn, which is great for attracting attention when you get bored and want people to watch you on your adventure machine. All around I would actually be happy to buy one and personally don’t understand the need for a $30k, 50000cc Adventure bike that weighs 4.5 tonne, especially at my skill level. 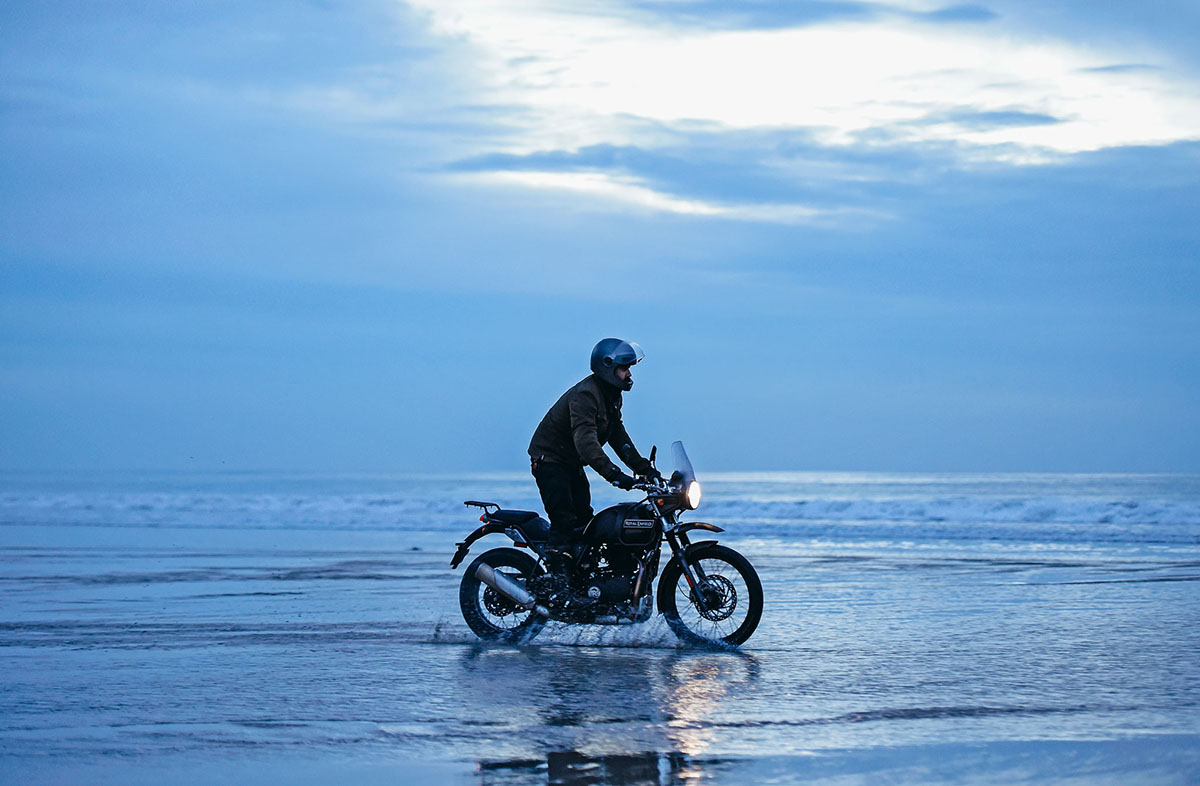 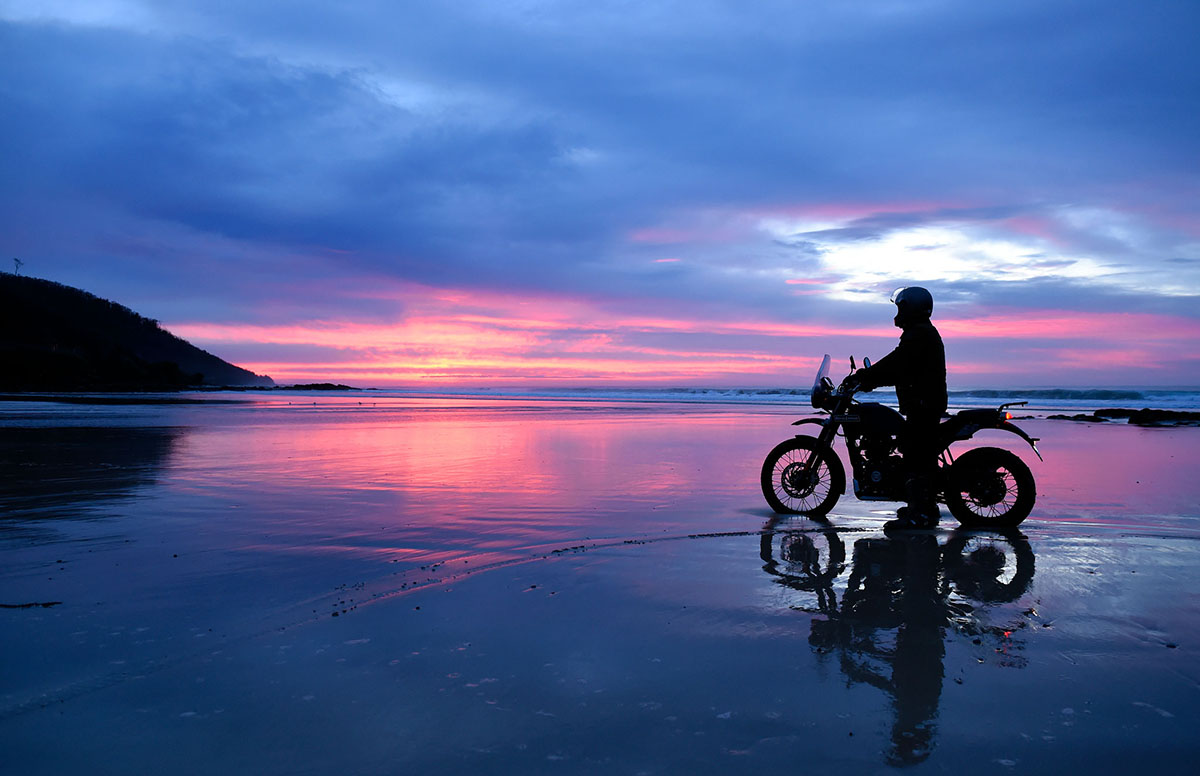 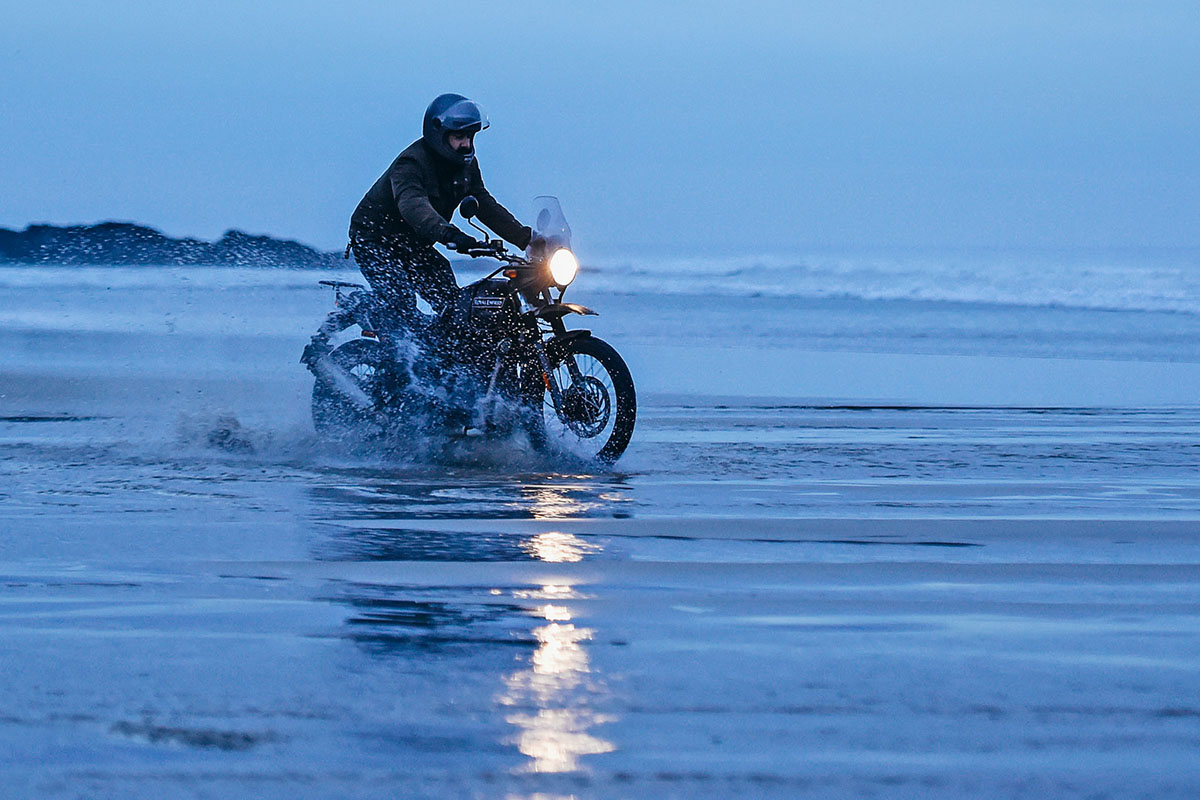 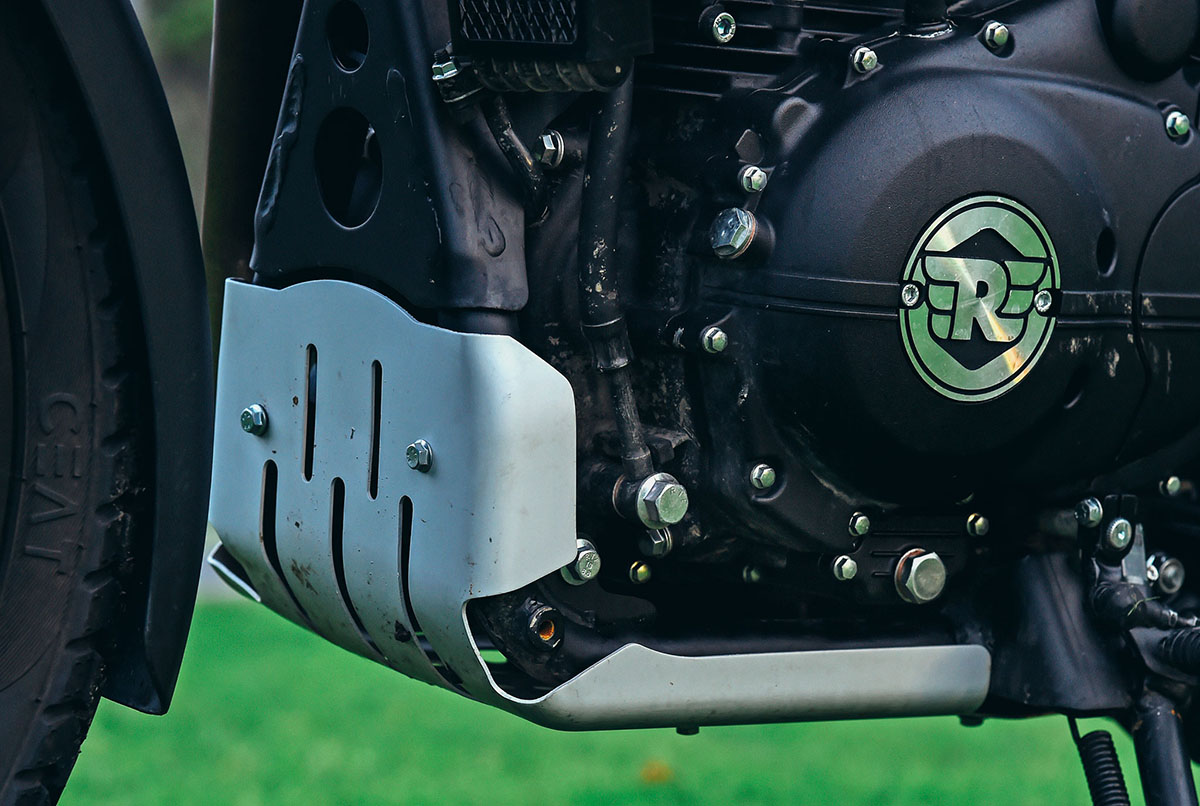 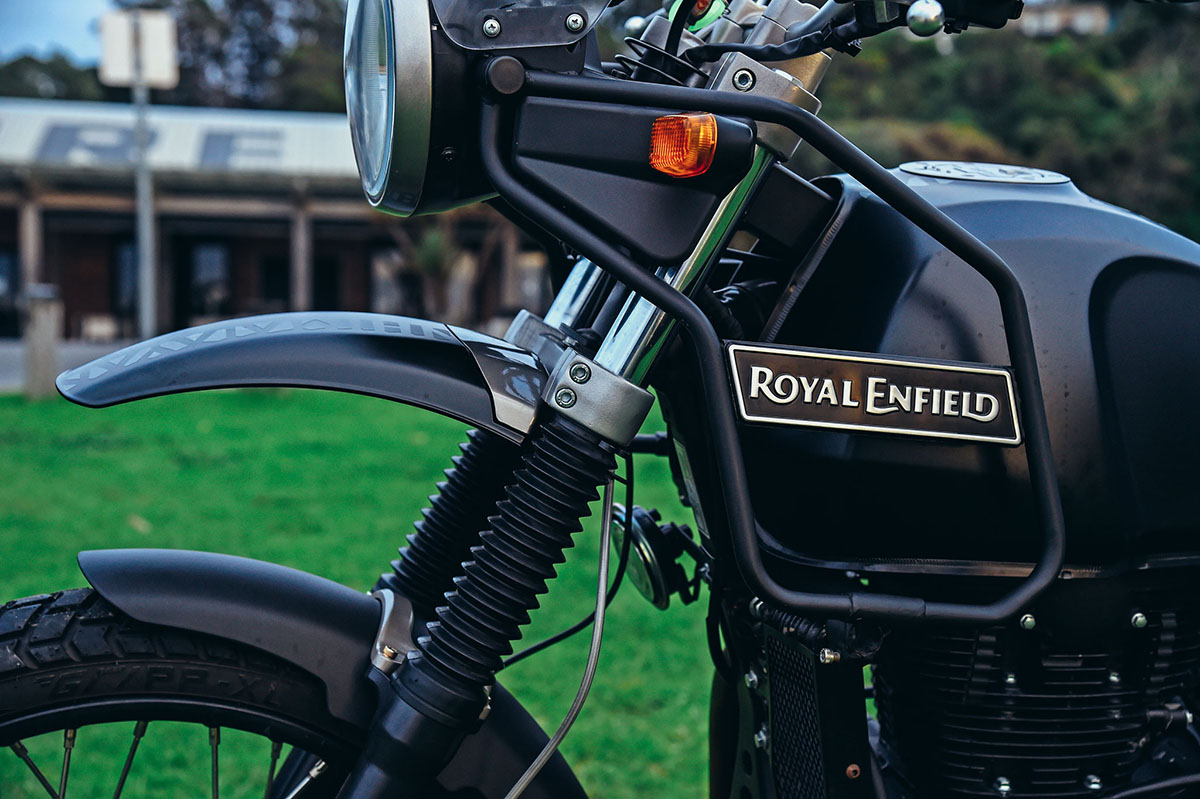 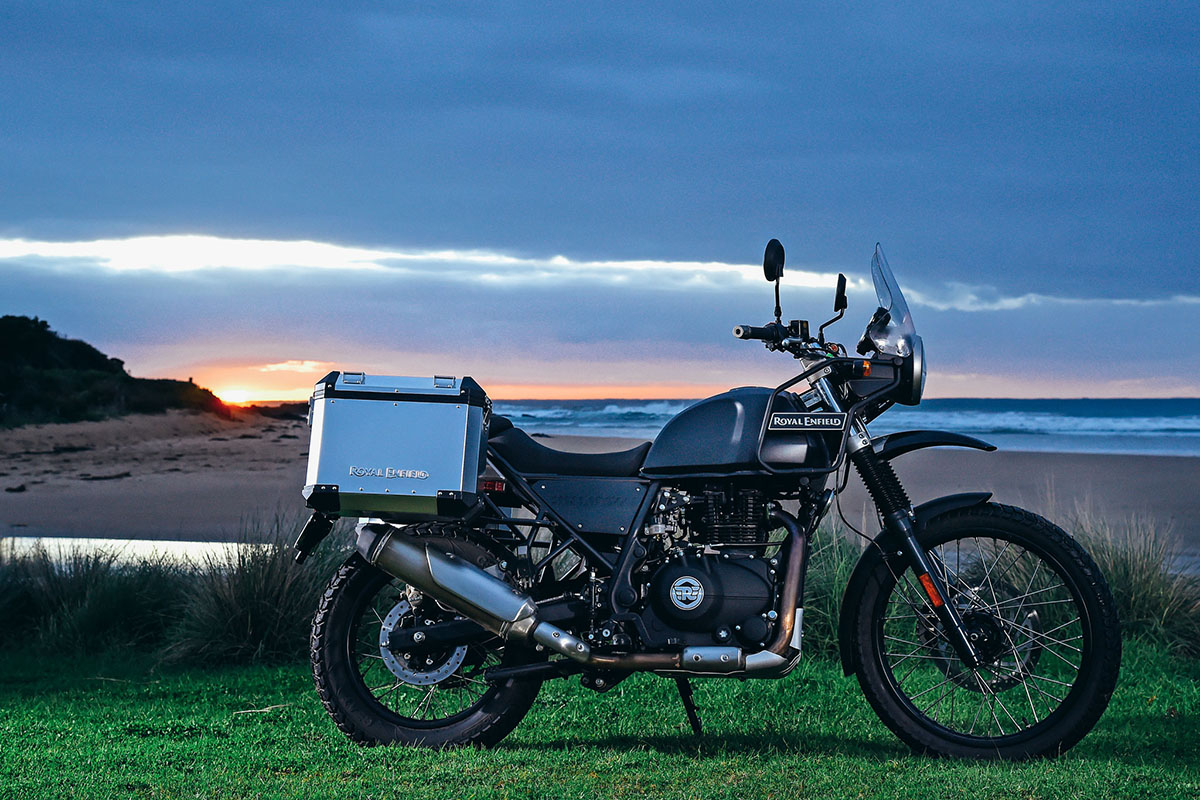 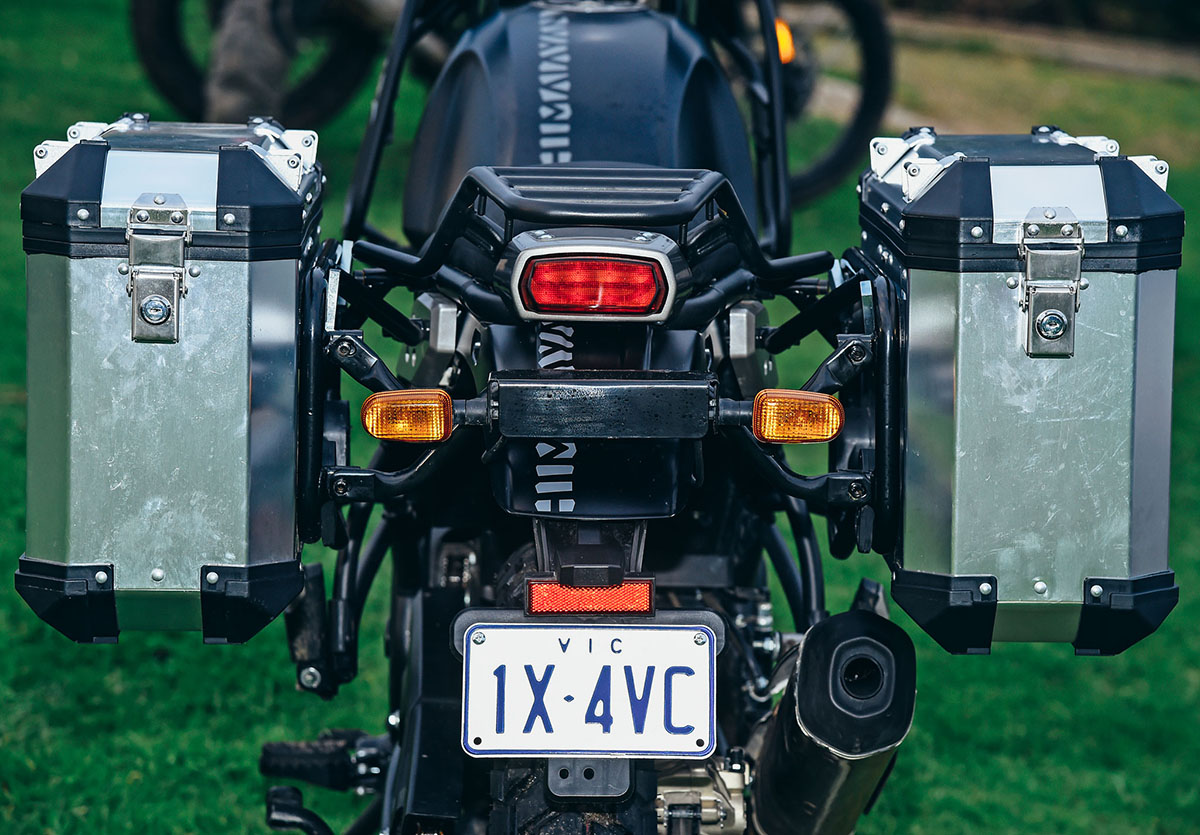 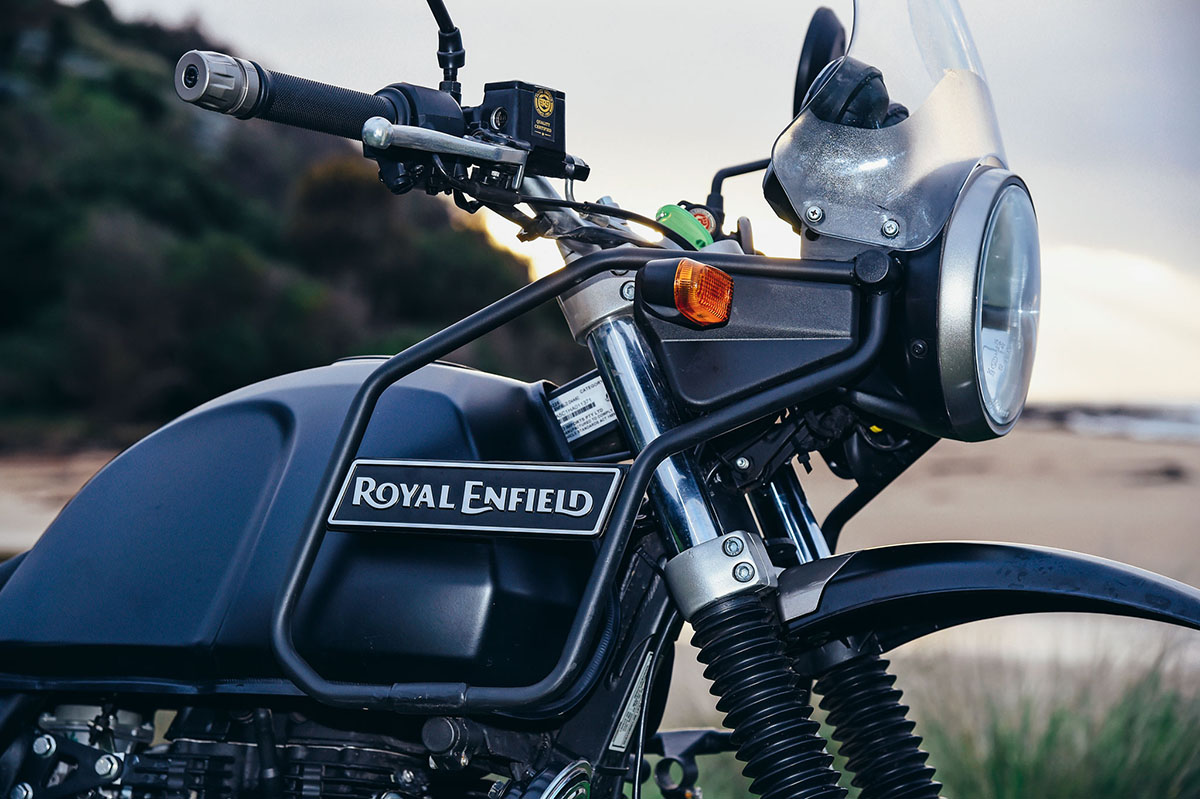