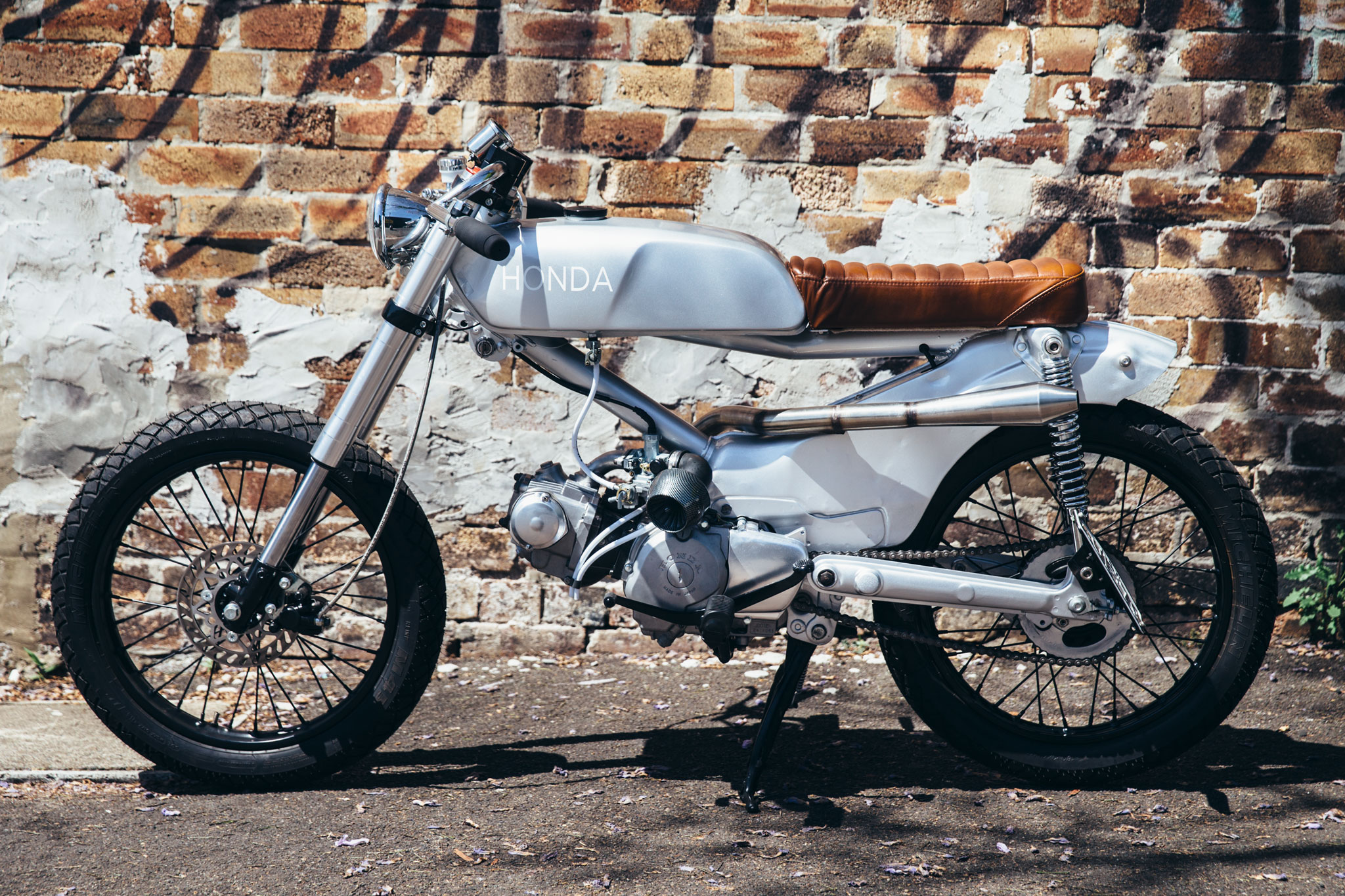 Despite being flooded with amazing Postie builds from online, Joseph found that none tickled his fancy bar a few that had some major coin dropped on them. The challenge was now set, he was to create something that would appeal to his tastes exactly whilst still on a budget. 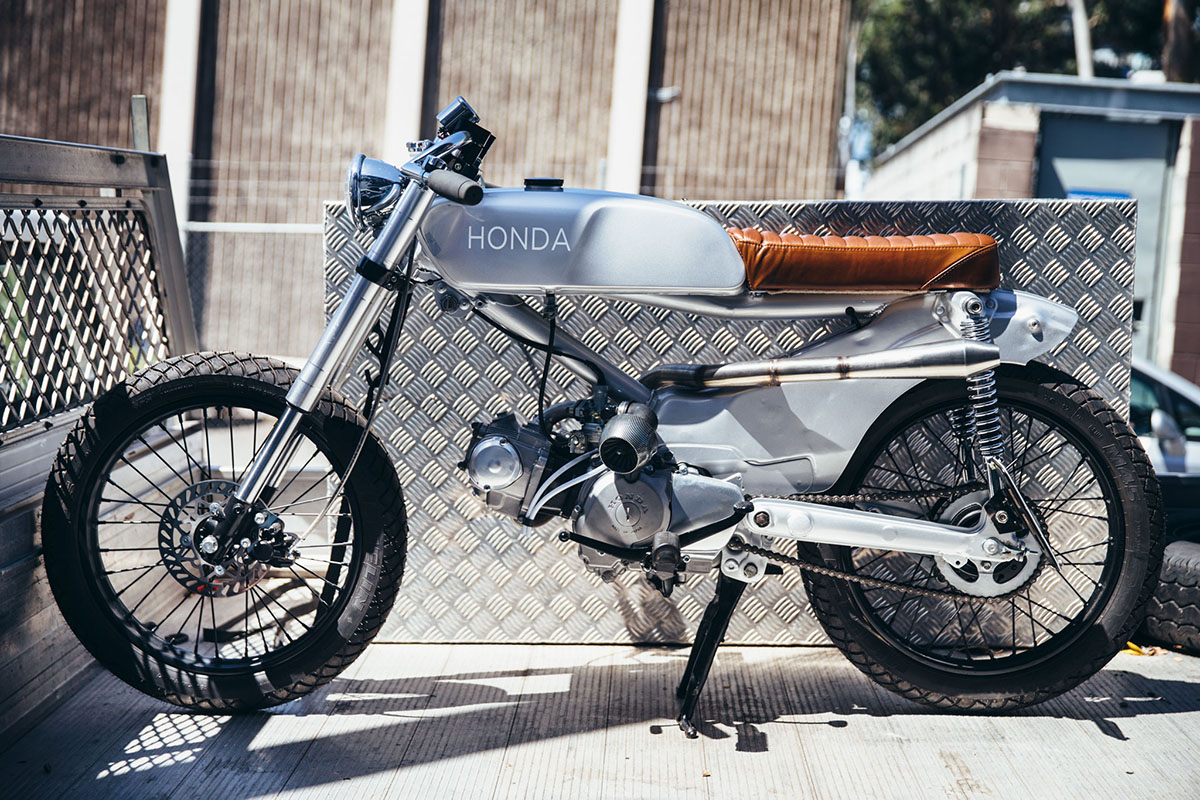 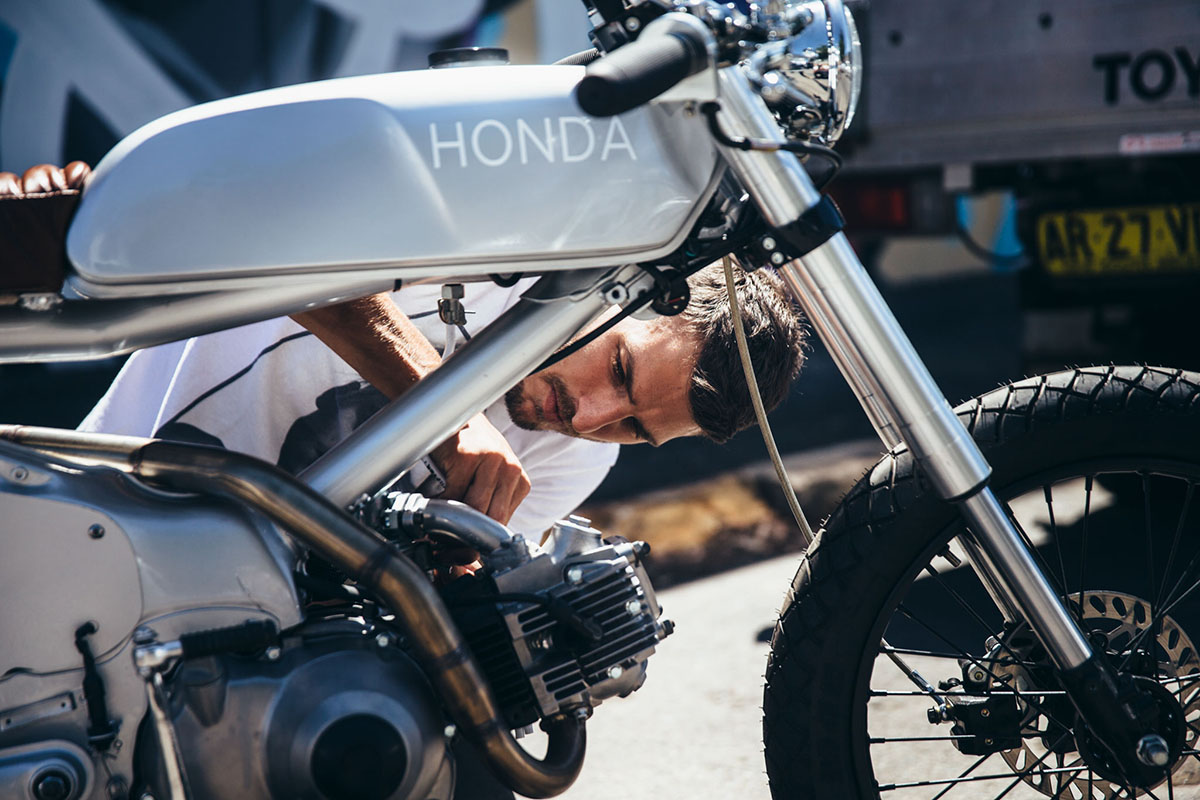 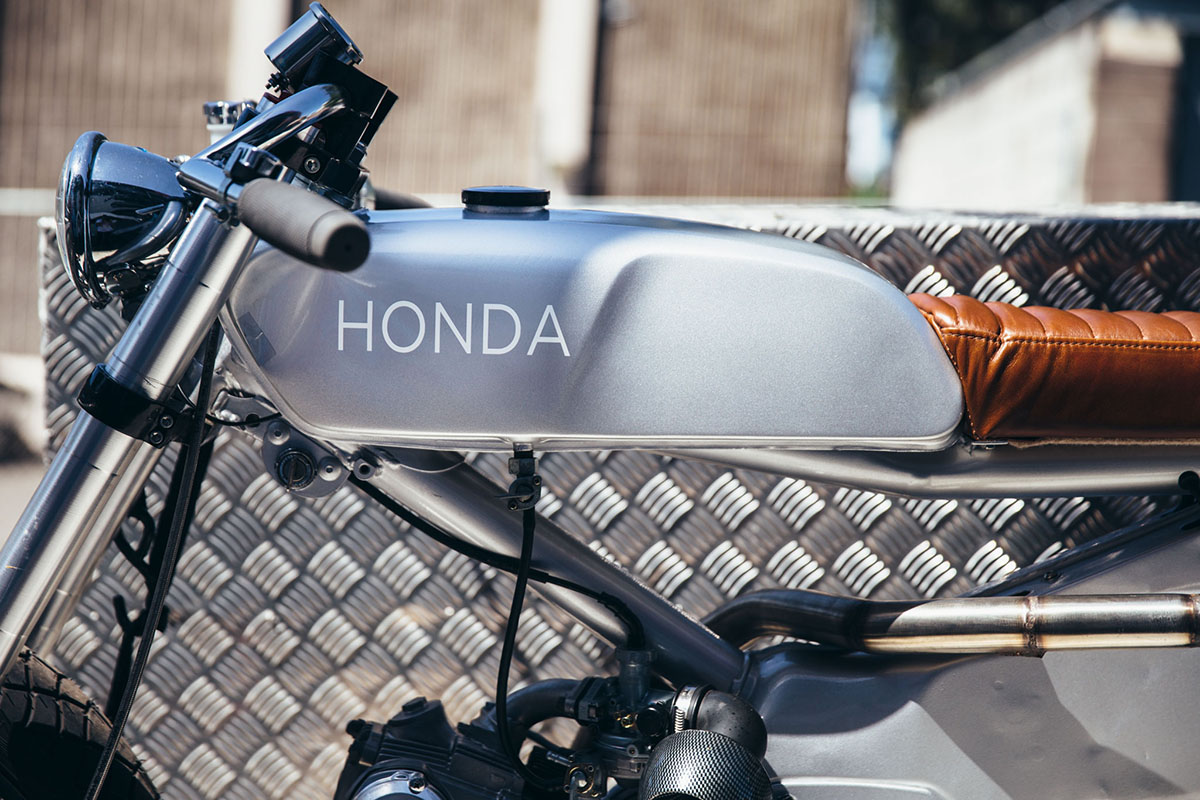 This little 1995 Honda CT110 was nabbed up from a local member of Sydney Café Racers in its stock form, with a carby that just wasn’t cutting the mustard. “Thankfully parts for these bikes are cheap, and a new carby was quickly purchased. Turns out, this would be the first of five carbies that would be required for this bike…” 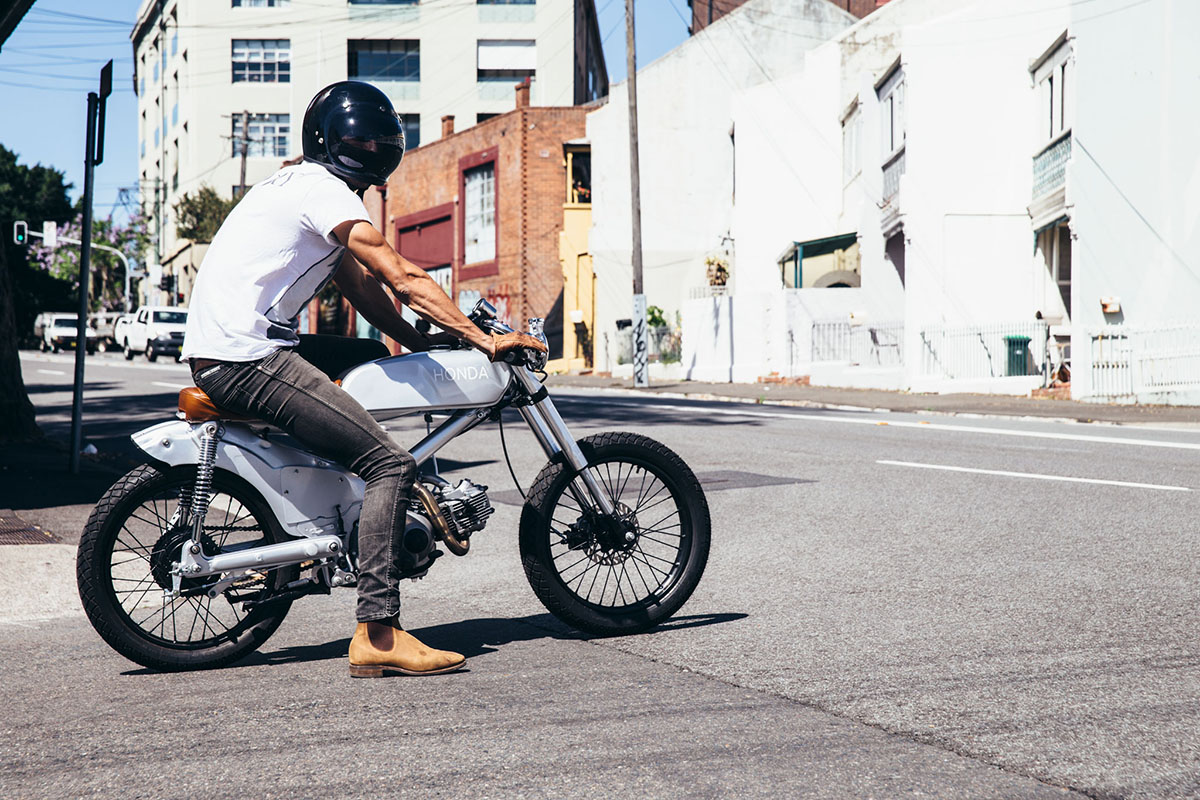 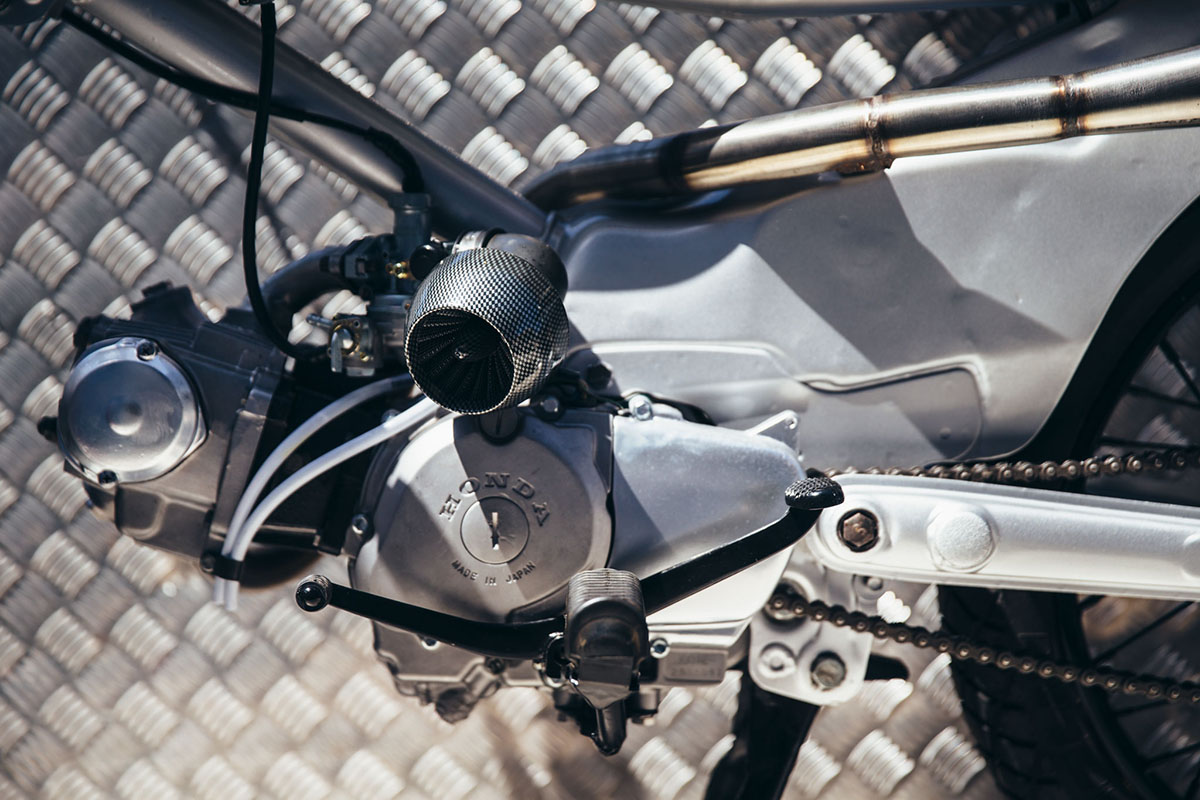 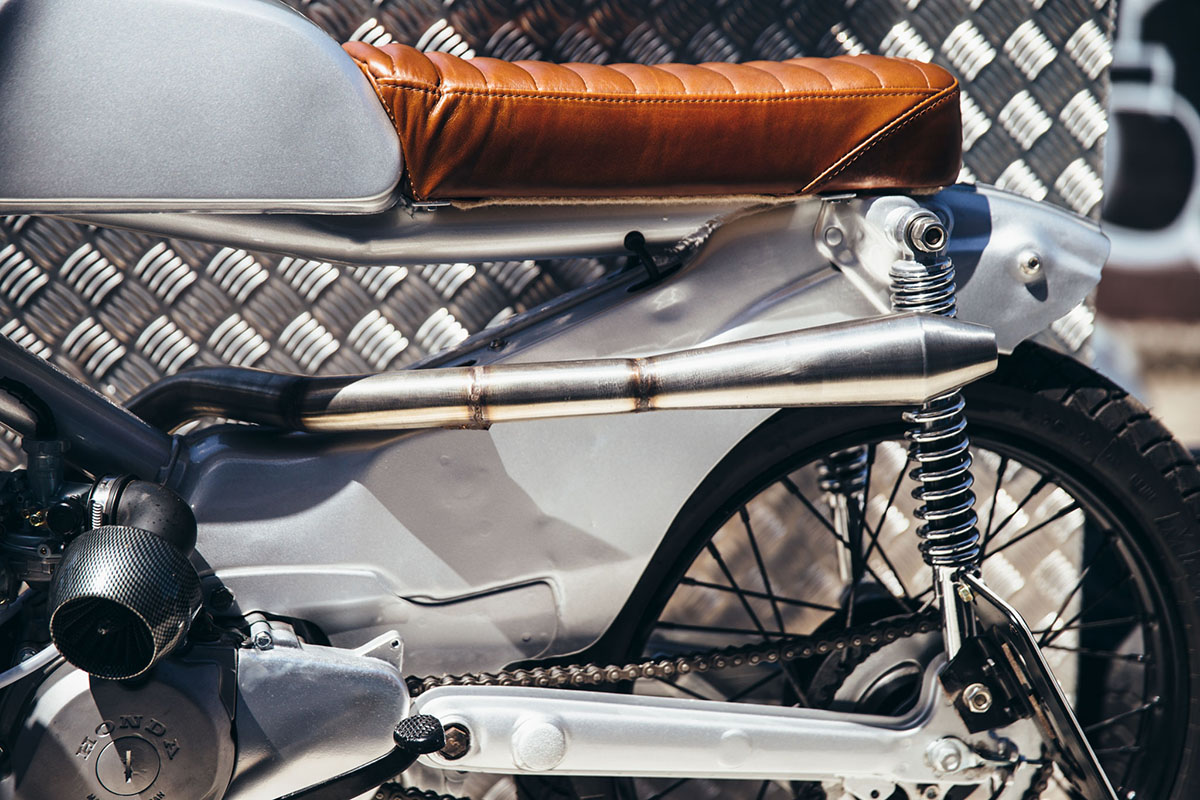 The process for this build would kick off with the Deus Bike Build Off 2016. “All I knew to start with for the build was to have a new tank setup along with a cool exhaust. With that done I stripped the paint and went with the raw steel look. I entered the bike into the Build Off with under a months work, but knew I needed to go further. After the event the bike was stripped and sent to its respective experts to get it to it’s true form.” 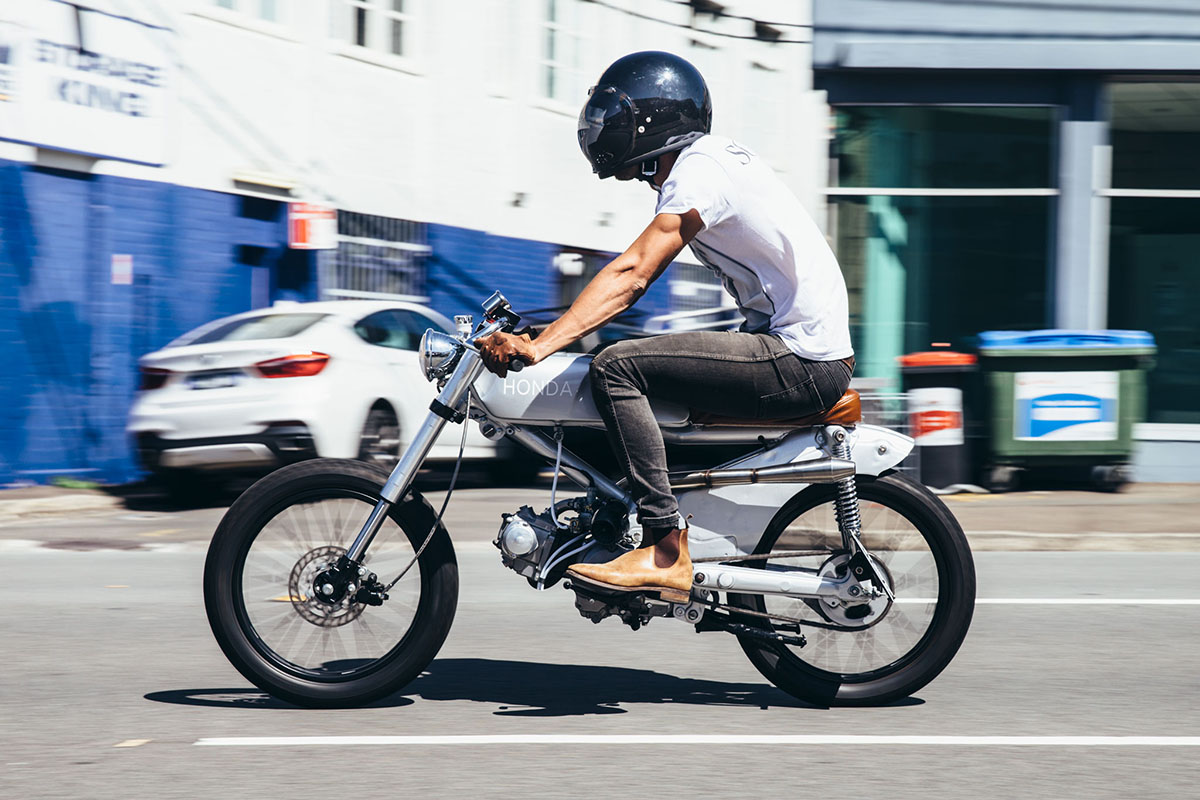 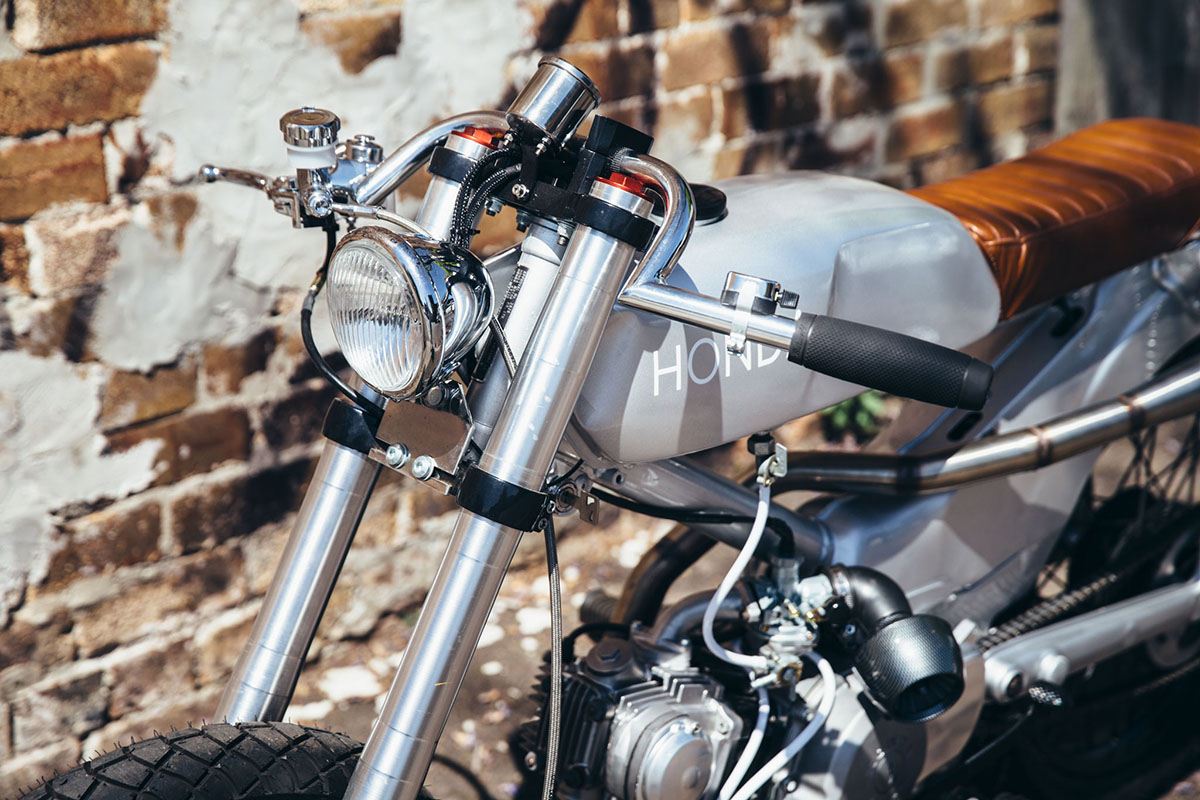 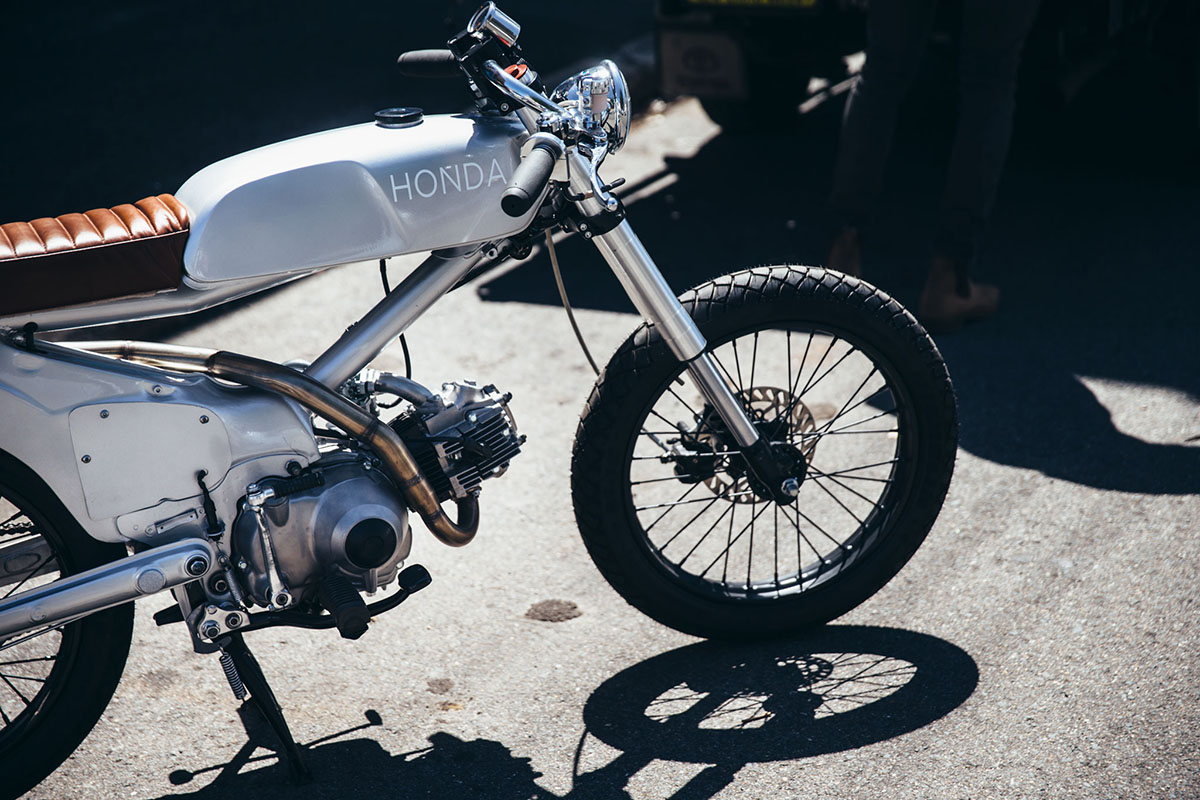 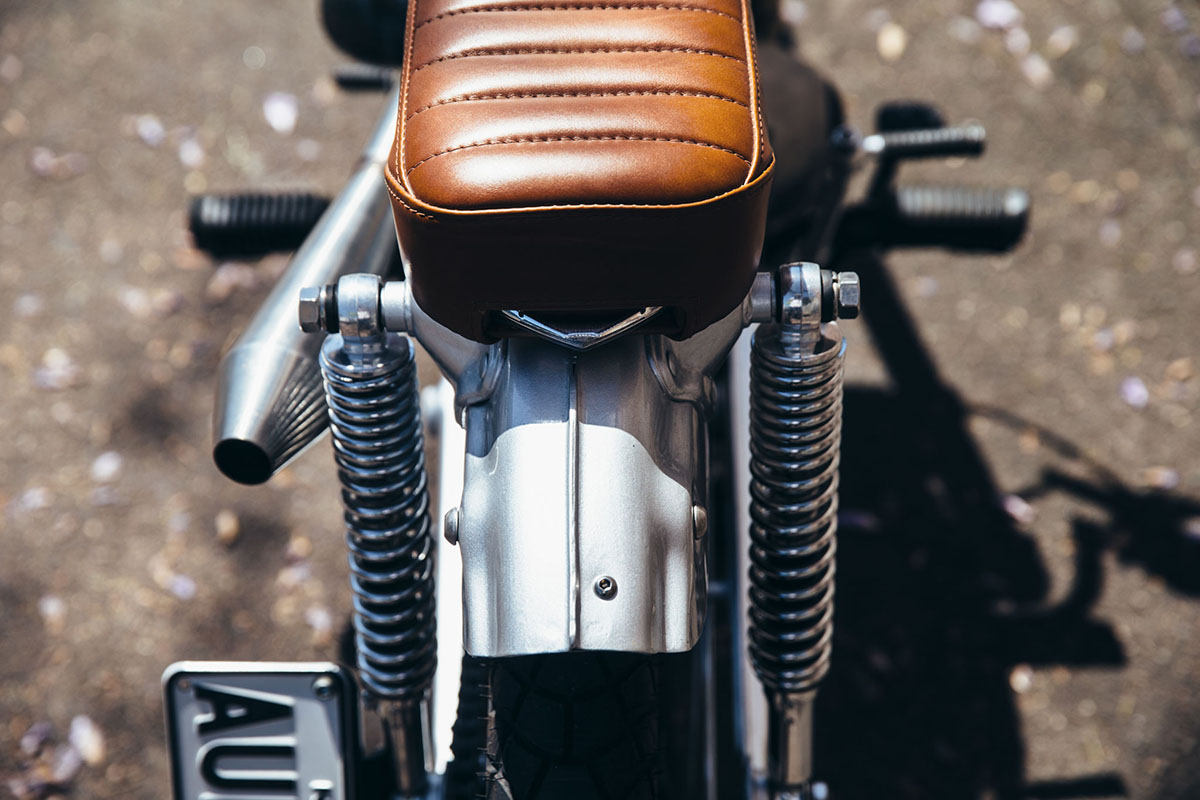 The bike’s frame, swing arm, and tank were sent off to get painted a nice Audi Flake Silver, while the engine rebuild commenced and Joseph collected more parts. With the stock forks on this bike being as fragile as they are, Joseph decided on a new front end, and one that fortunately wouldn’t break that bank. “eBay came to the rescue with plenty of pit bike options that could go onto the Postie. Along with the forks I also decided on a matching wheel with a disc brake. Everything from the stock bike that had rusted or was too dirty to salvage was replaced with something new. Thankfully every part I needed was cheap as chips brand new. If I couldn’t find the part, I decided to chrome spray the parts to match the overall look. The bike now started being put back together and the vision was becoming a reality.” 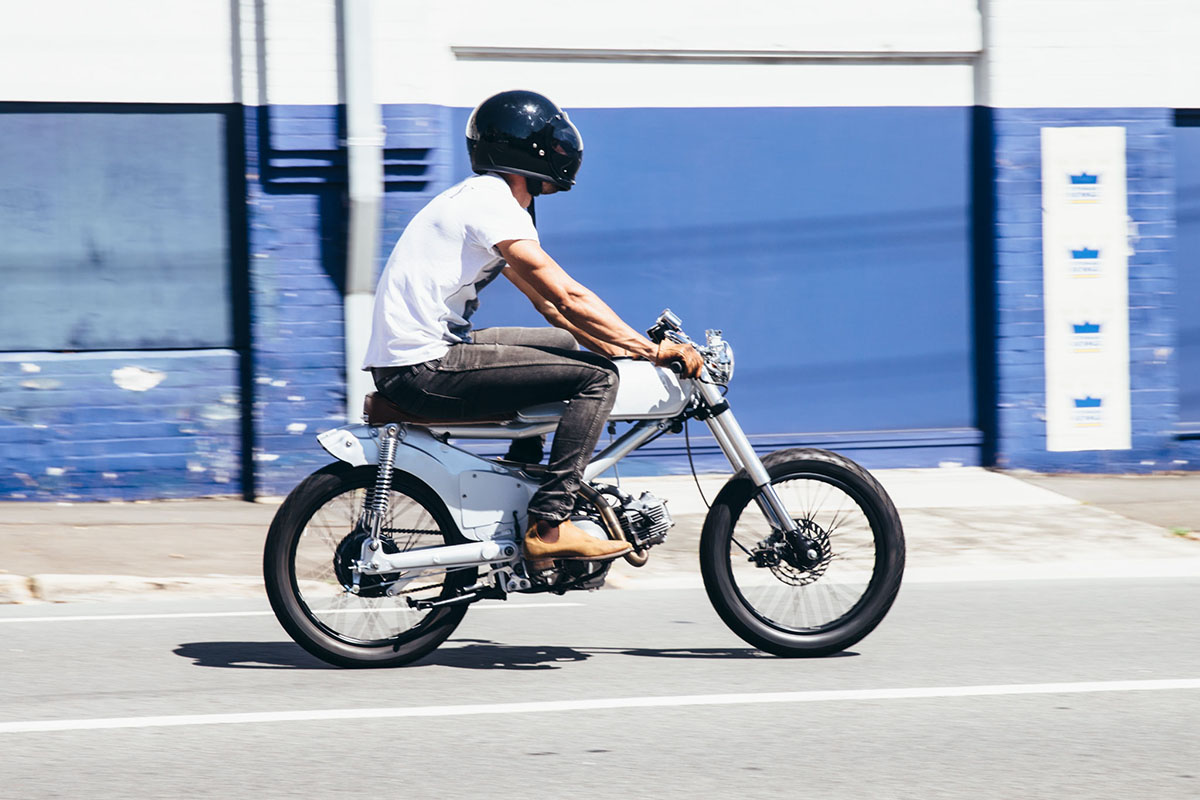 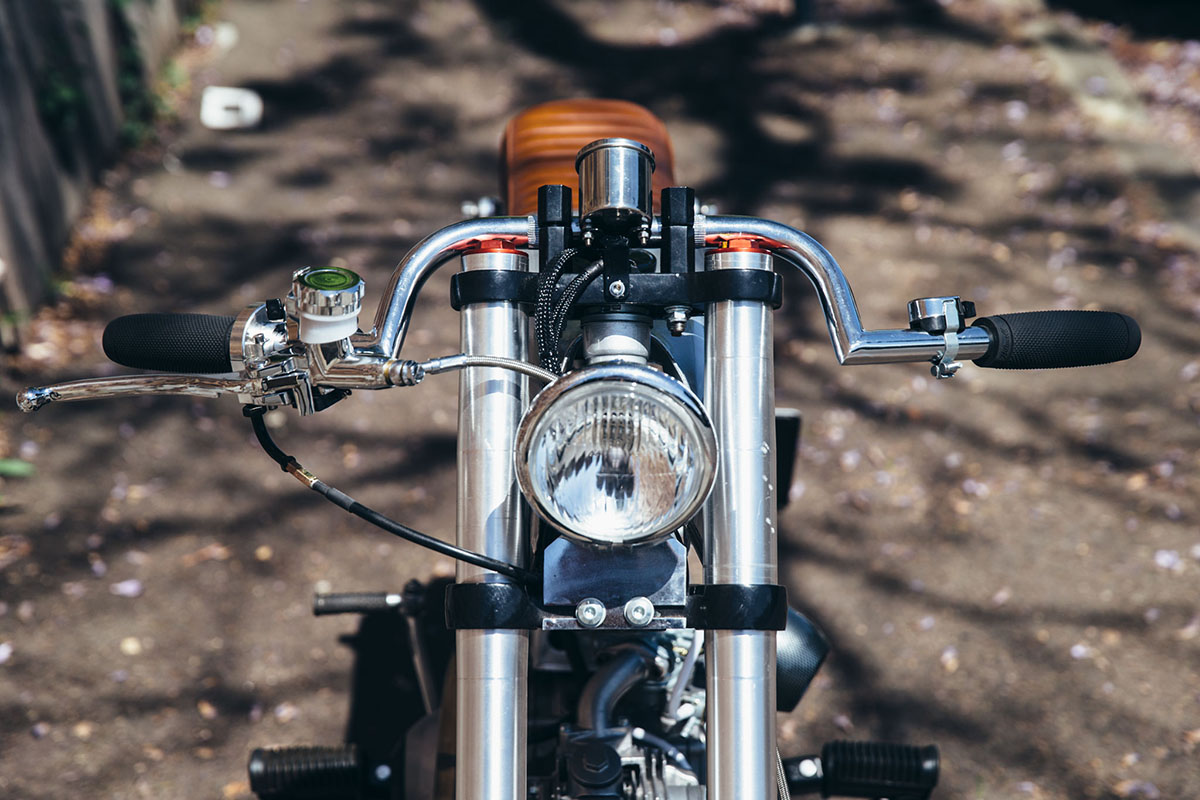 Unfortunately the original engine for this little racer was a bit too cooked for Joseph to work on, so to go along with this machines rebirth a new 125cc engine was purchased. One hiccup arose however, as Joseph found that with the current mods to this bike that this new engine might not be the answer after all. “Thankfully I found someone to rebuild the original engine with a few internal mods, and with payment provided to him in the form of the already purchased 125cc engine. The process was the longest part of the build and the engine was the last thing to be installed on the bike, but the quality of work was brilliant. It also meant I could keep the bike registered and not be stuck with a pretty paperweight” 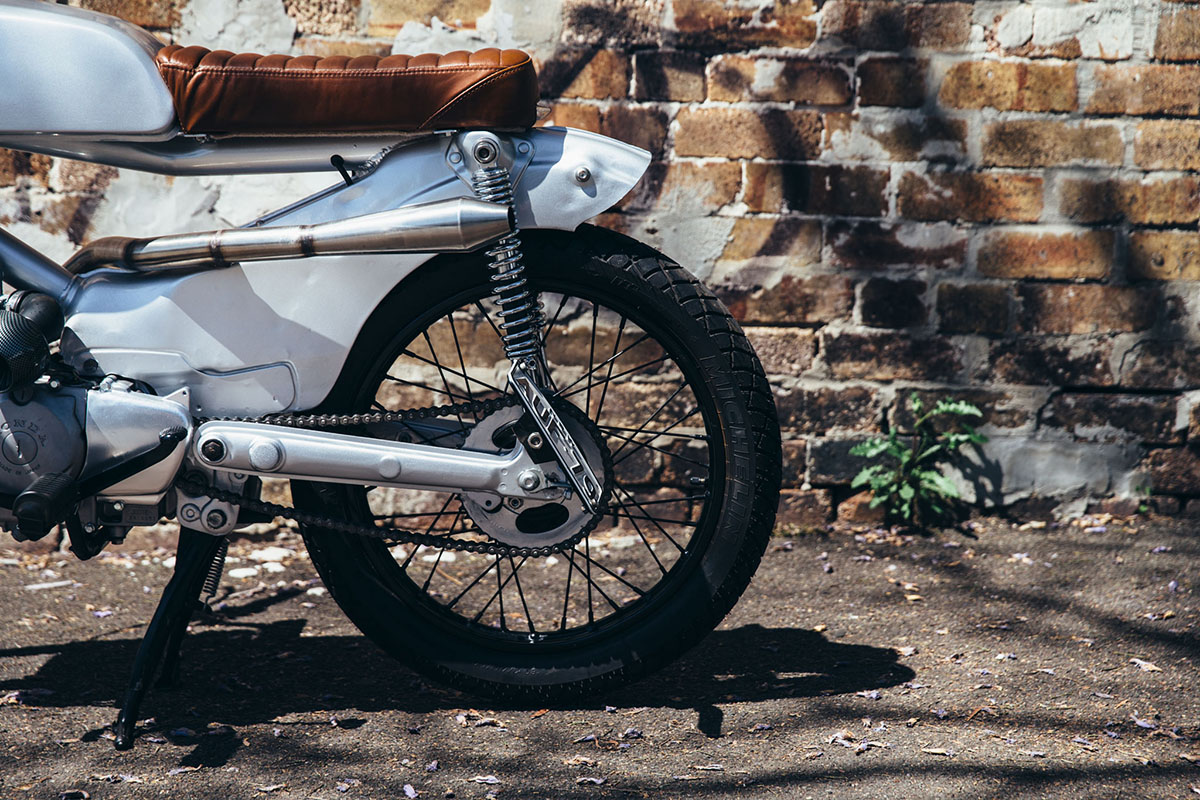 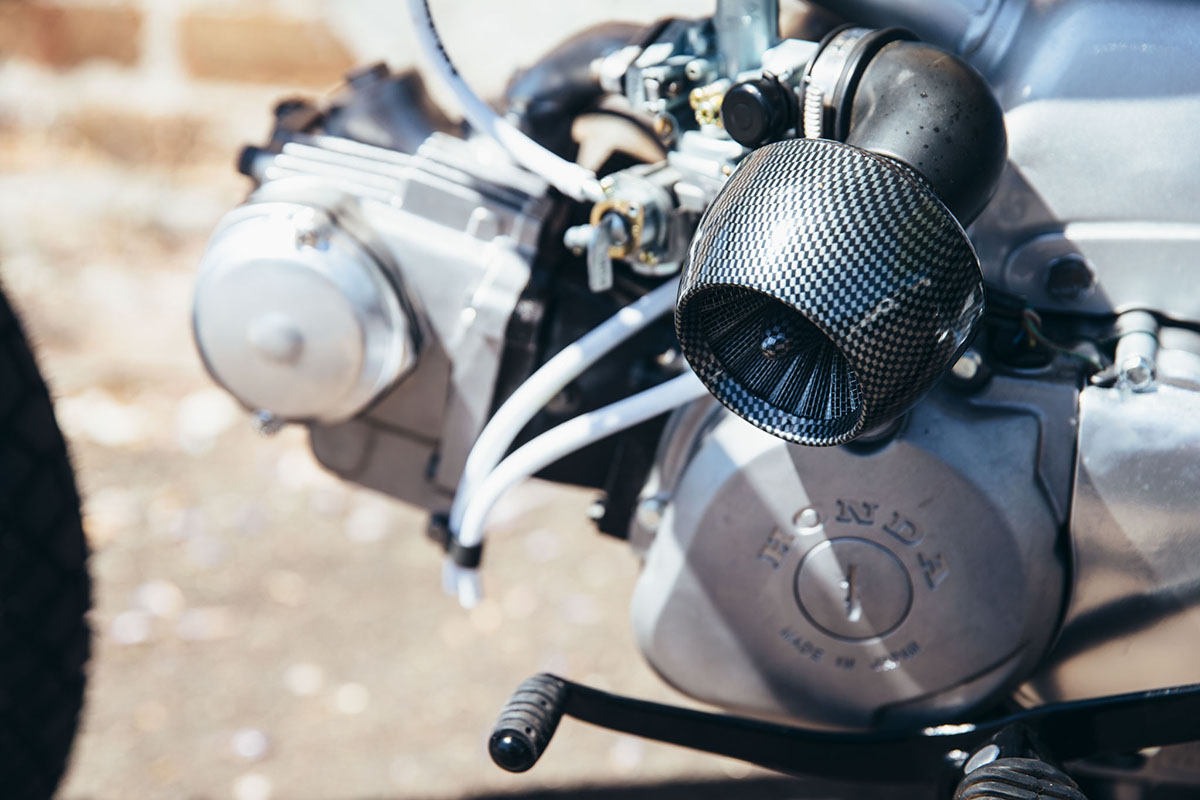 “I love the line of the bike profile, and the front end. With the last original forks being so weak you could snap them over your thigh, it’s great to have some much needed stability especially with bike weighing around the 70kg range with half a tank of petrol.” 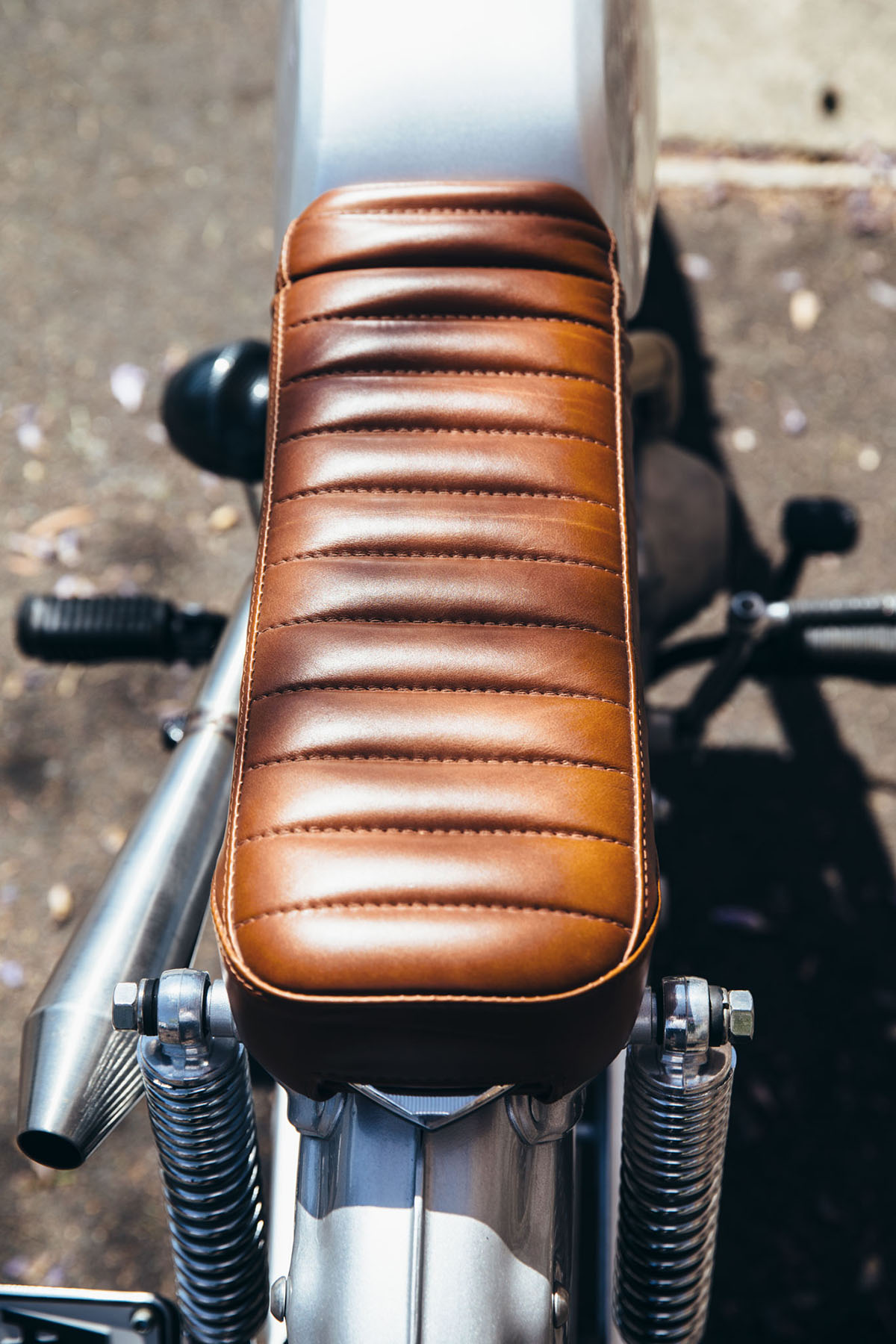 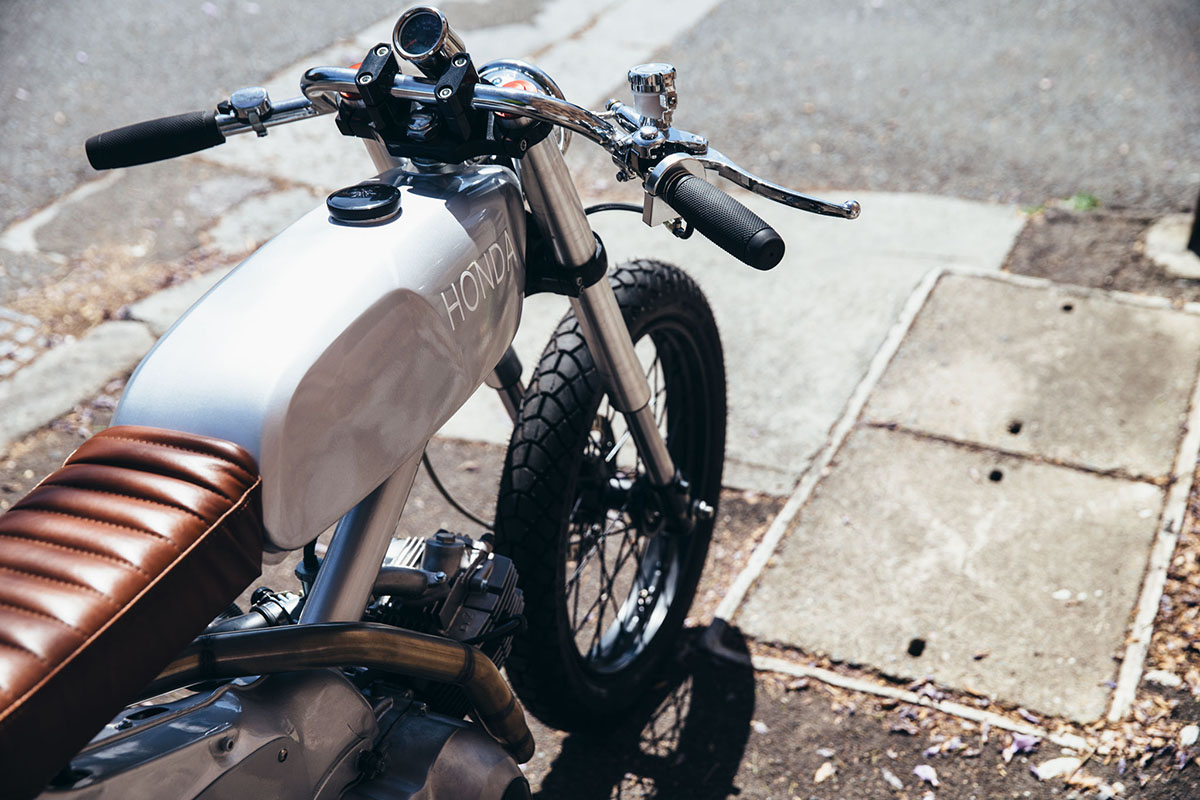 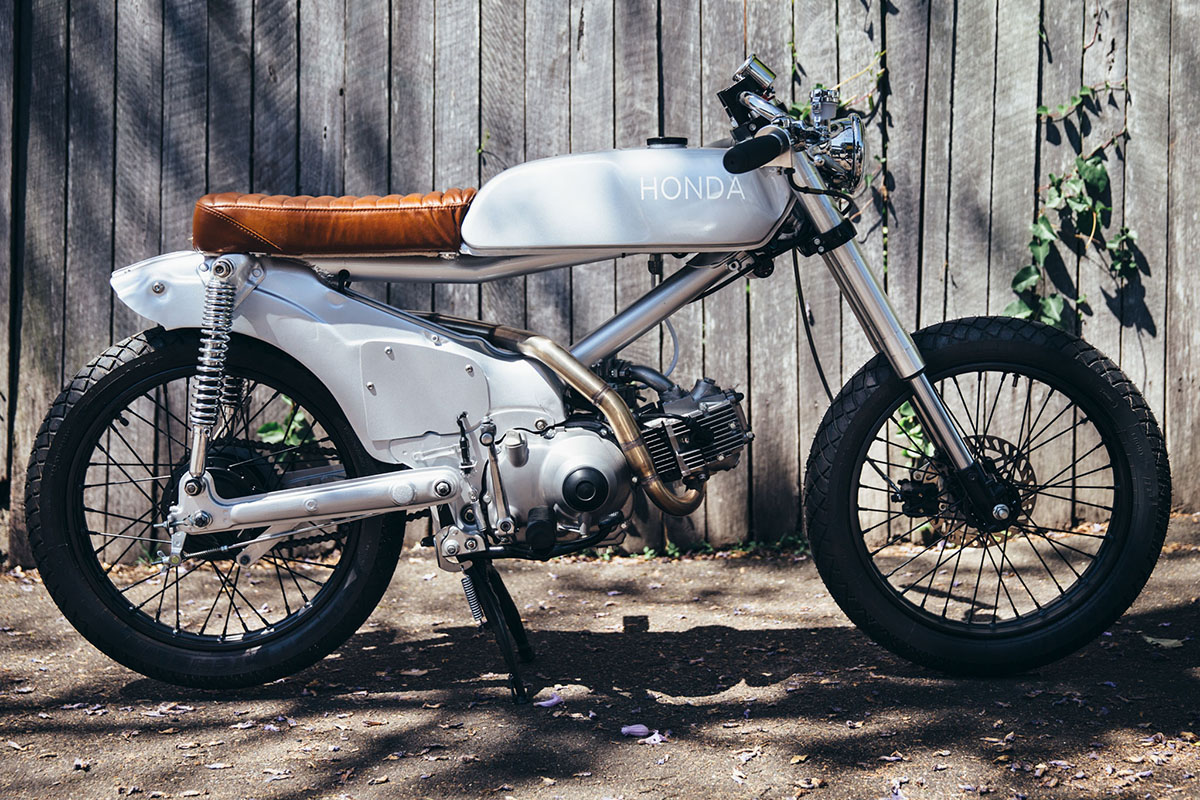 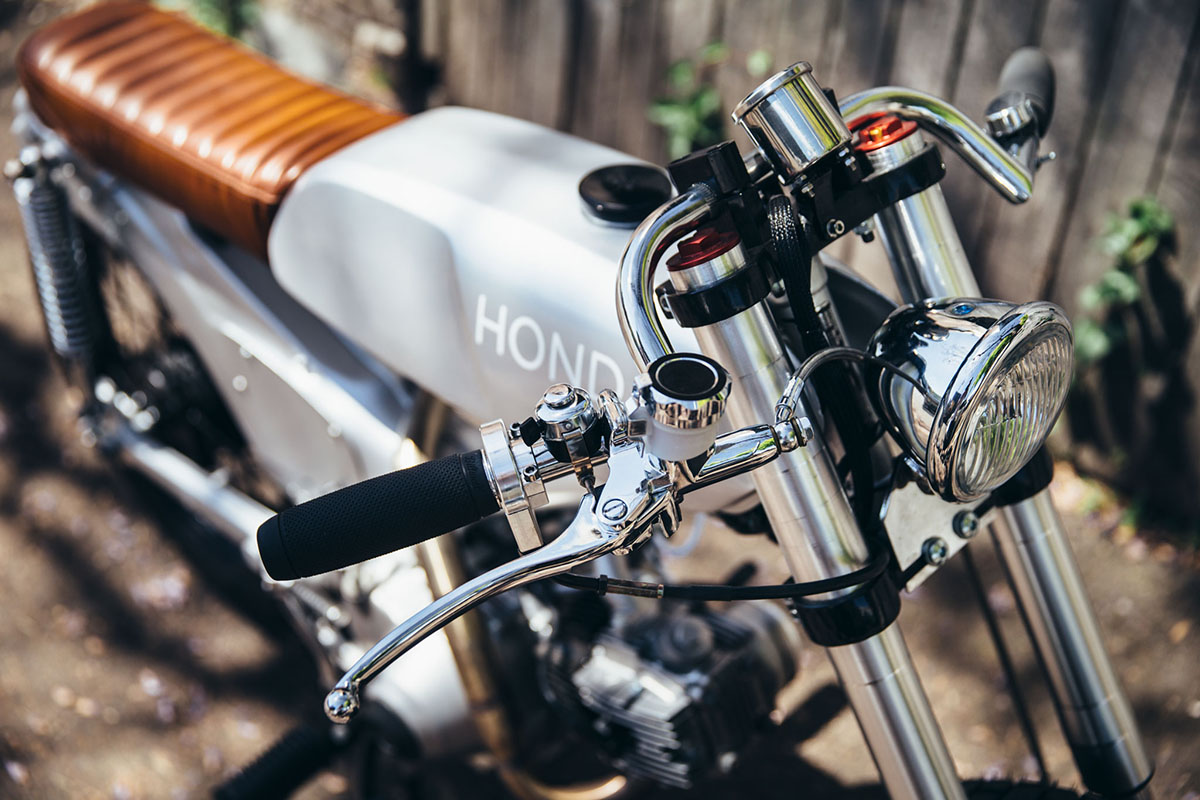 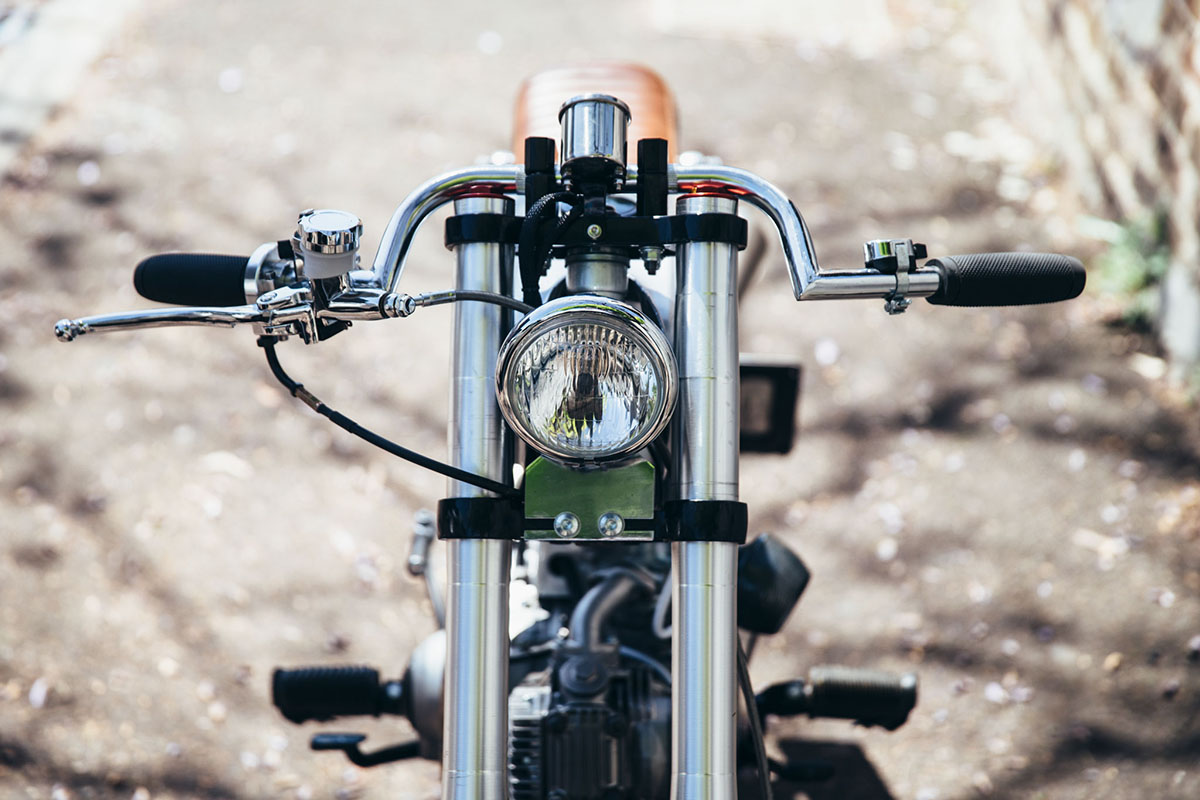 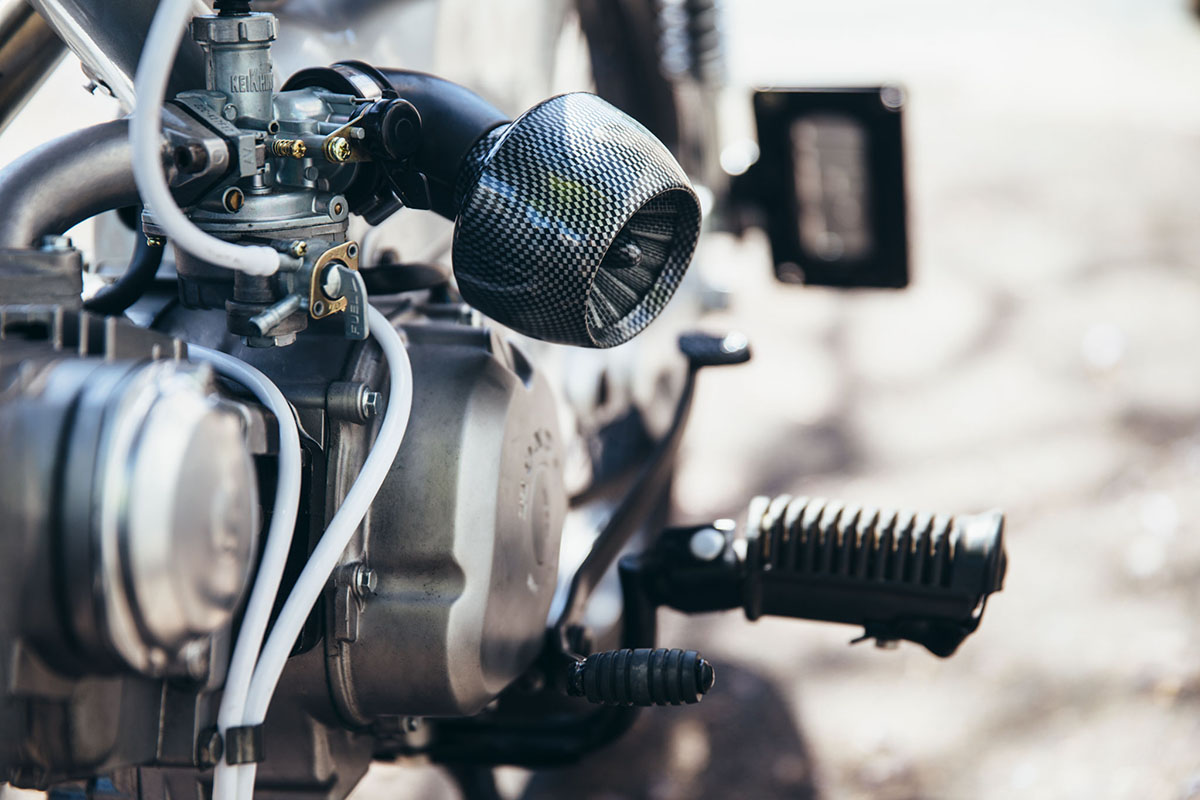 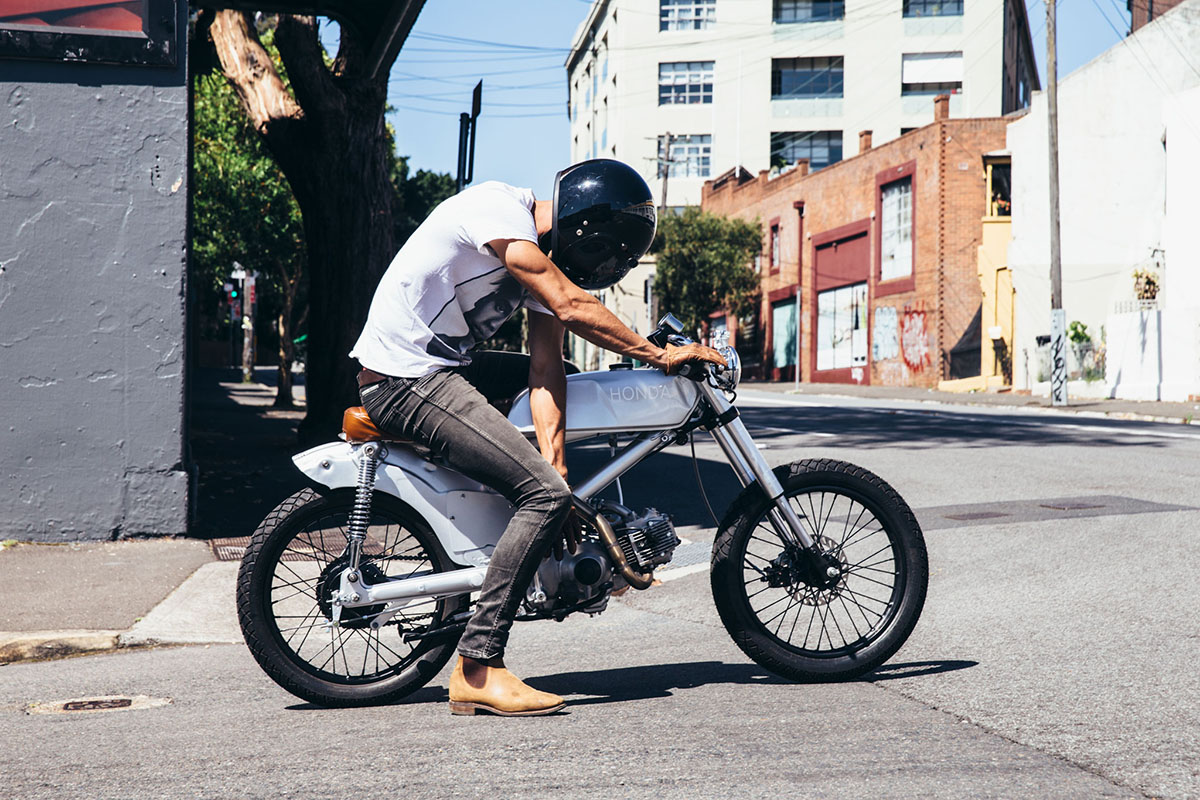 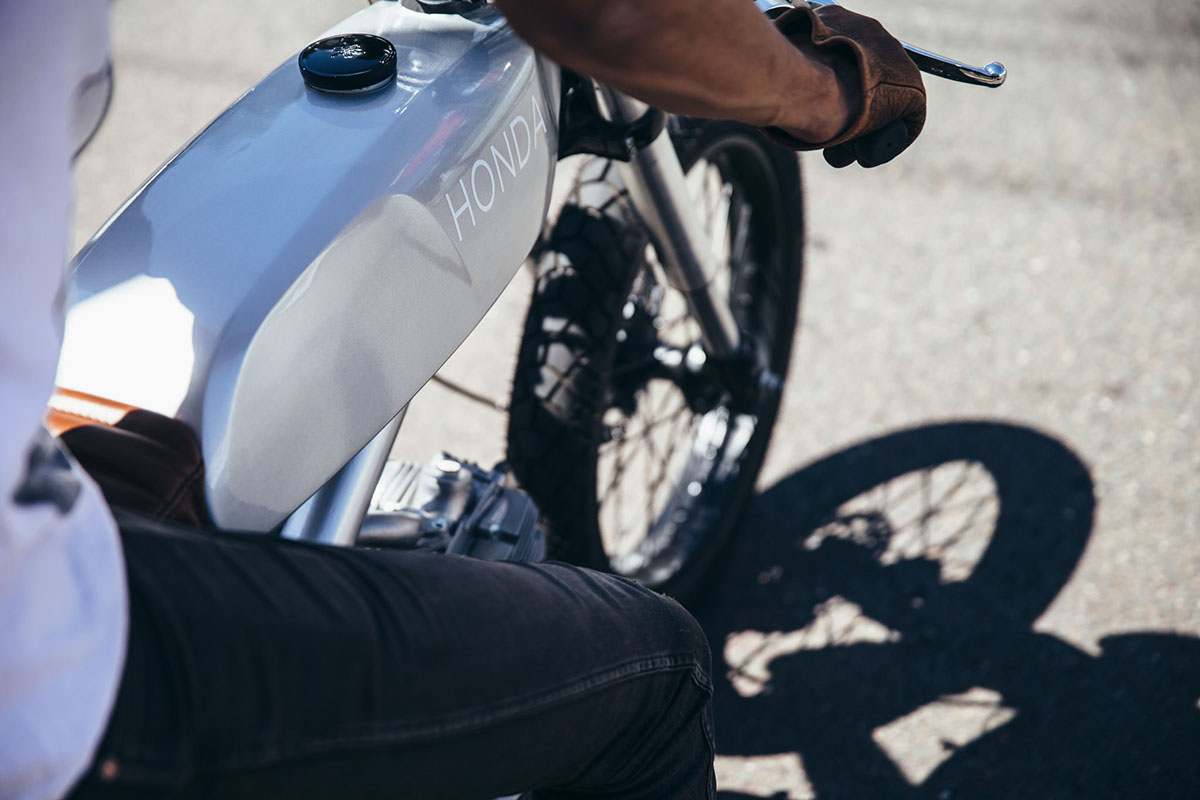 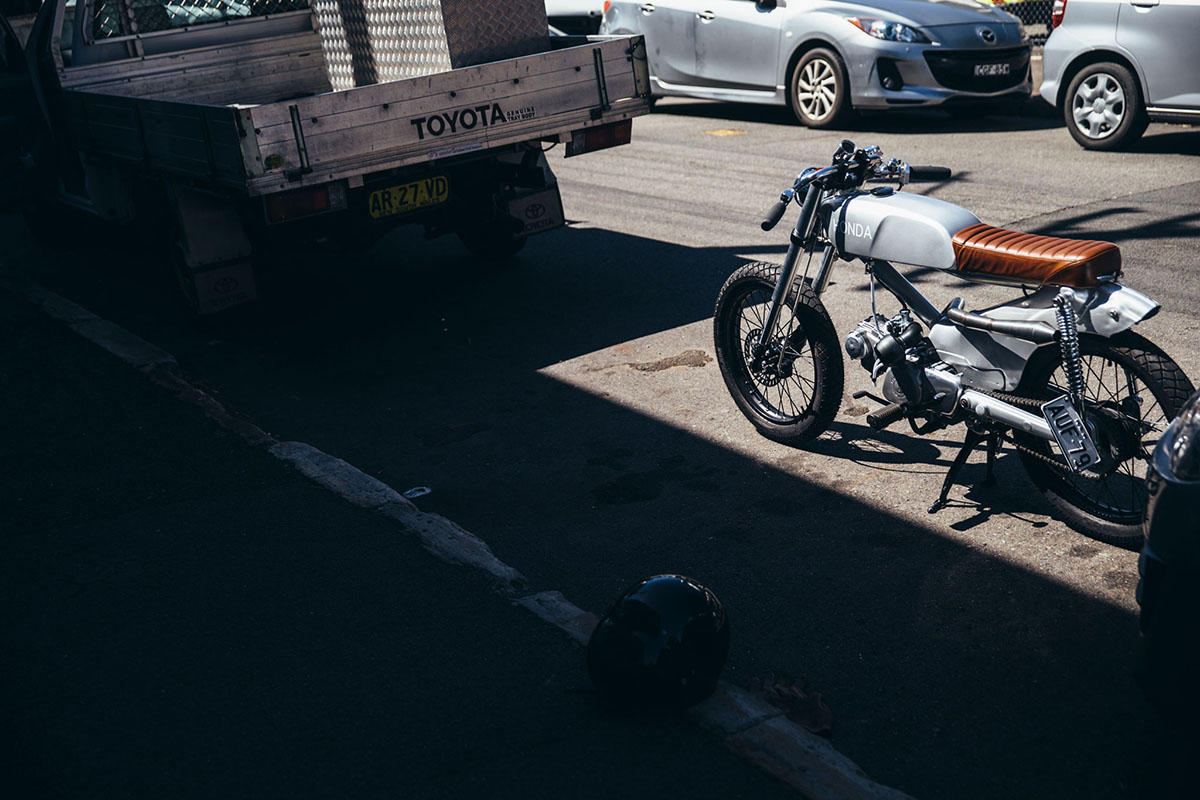