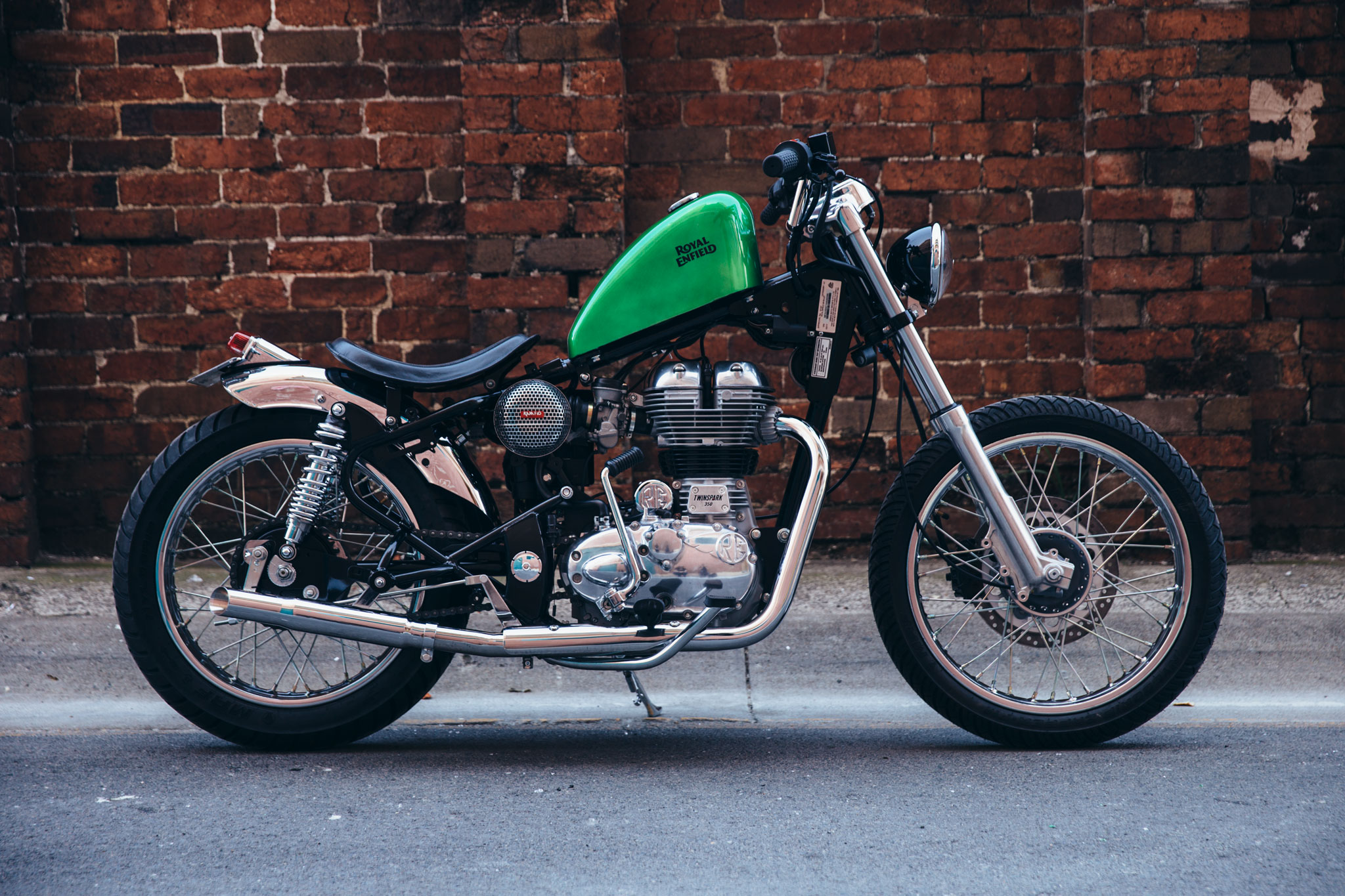 If you cut Santina 5 years ago she’d admittedly bleed orange and black. She didn’t just drink the Harley-Davidson Koolaid, but she mixed it up and served it at parties. Today however, a tidy little Royal Enfield would catch her eye and a love affair would begin – of course this machine would naturally receive a dosage of American chopper styling, true to Santina’s heritage. 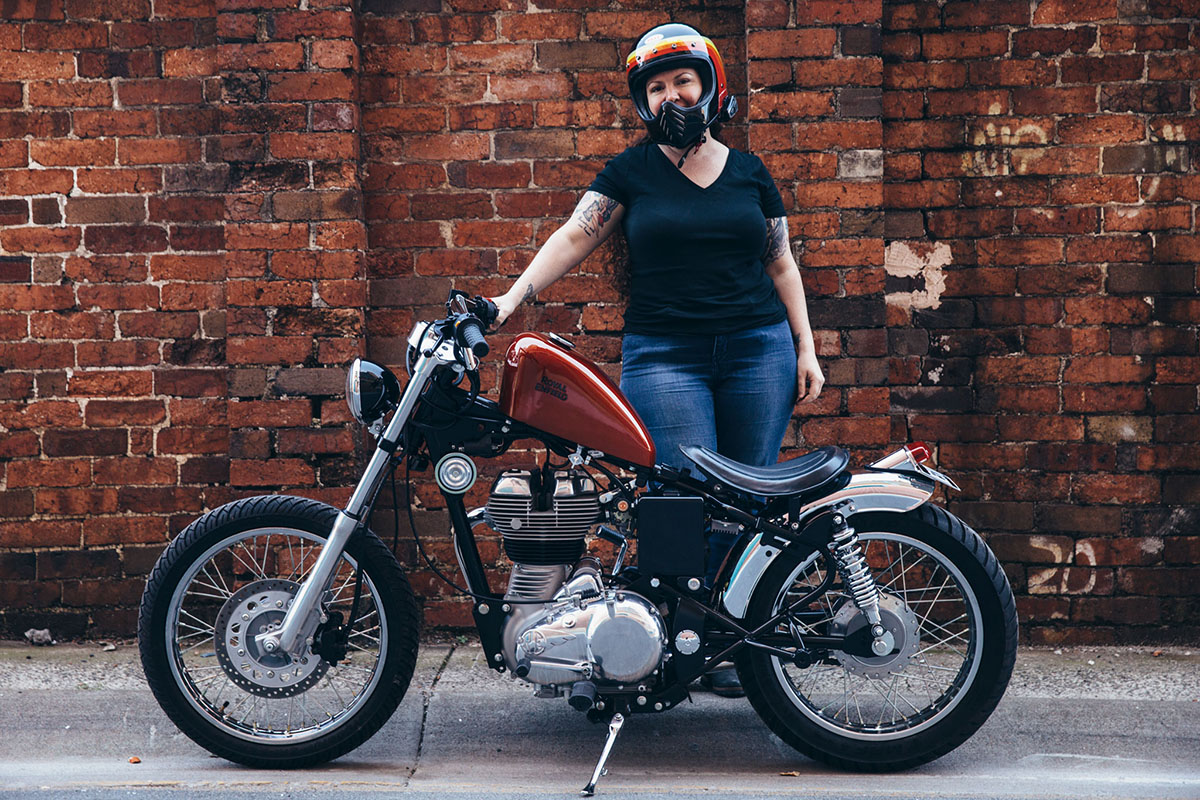 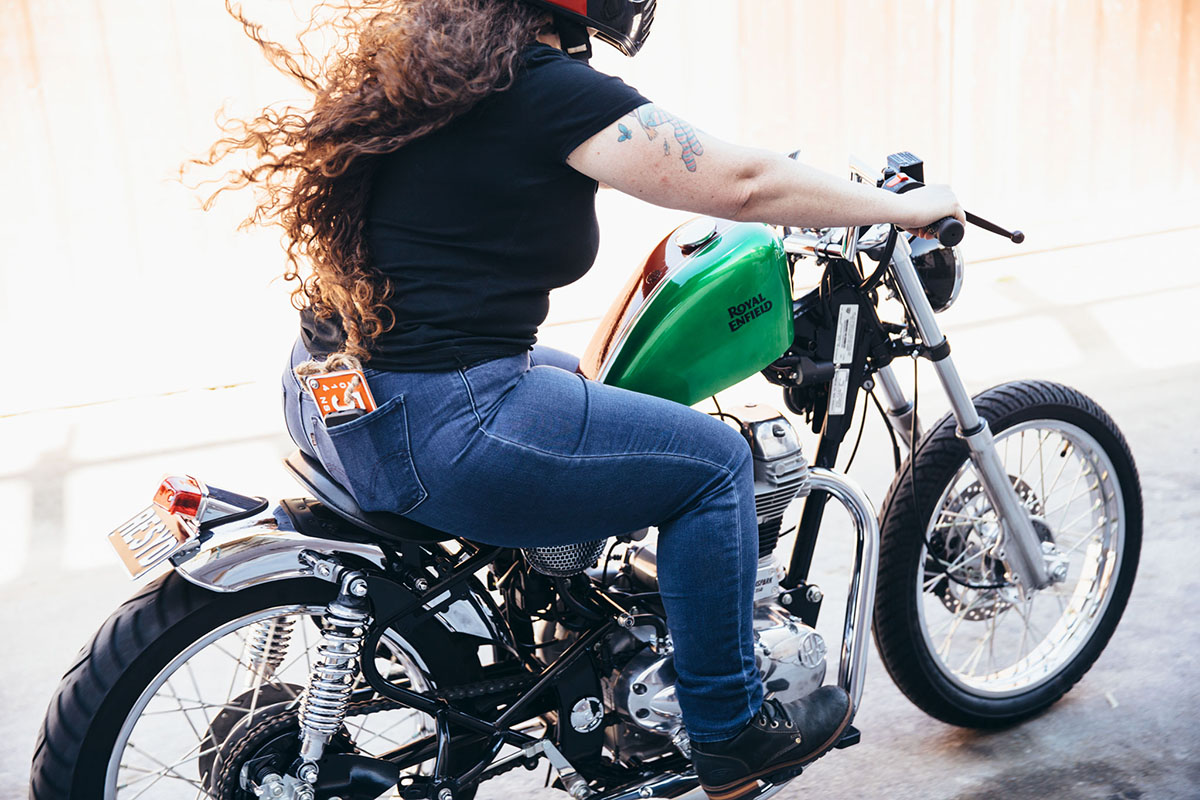 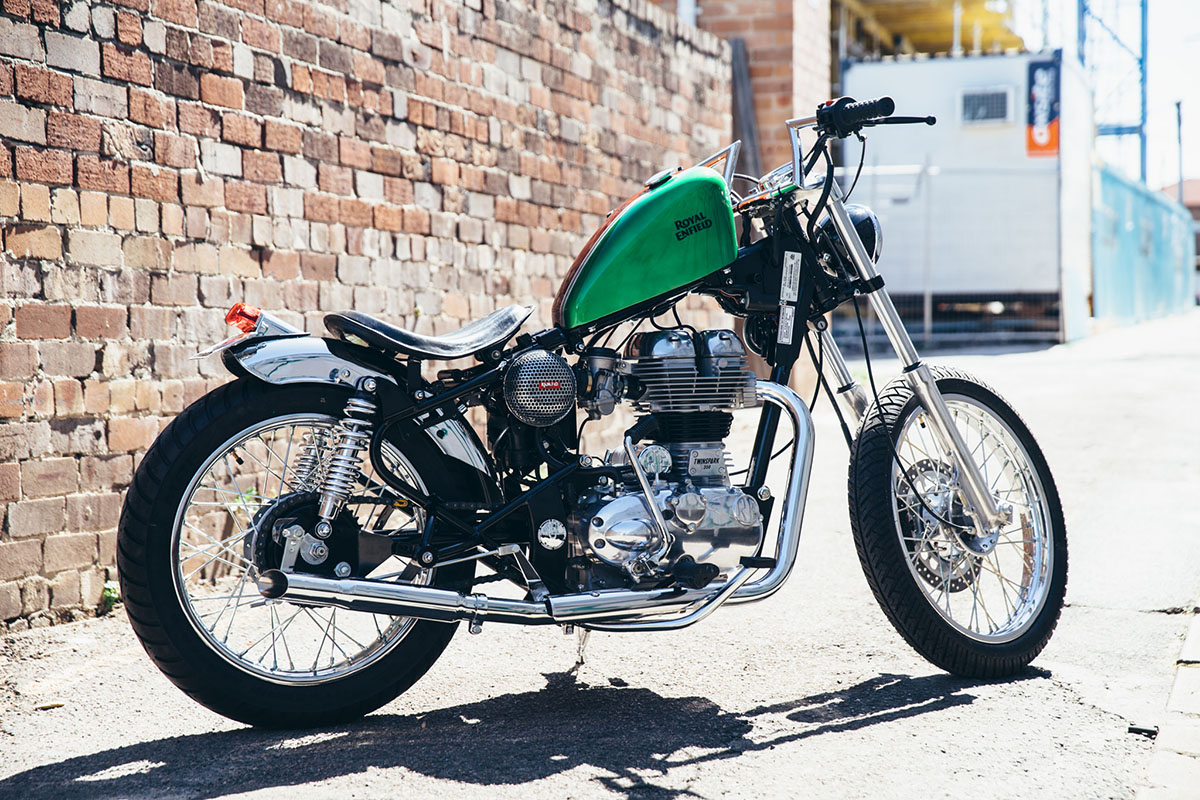 Santina started out back in the day (not too many days ago) with the Motor Company as a mechanic at Harley University, and later on became a dealer for these iconic American machines. “In my career I’ve had a lot of roles within the shop including mechanic, parts, marketing, and sales.  Before Harley I was working on Honda and Suzuki but I never felt very welcome in that space. When I found Harley I discovered that the place everyone assumed was the most unfriendly for women was the most welcoming and I felt like I had found my people.  You can’t imagine how surprised I was when all these years later Royal Enfield caught my eye and stole my heart.  It’s not a pitch.  I didn’t want to love them but I just do. They brought with them a world of new friends and consorts.  It’s a place I seem to fit into very naturally.” 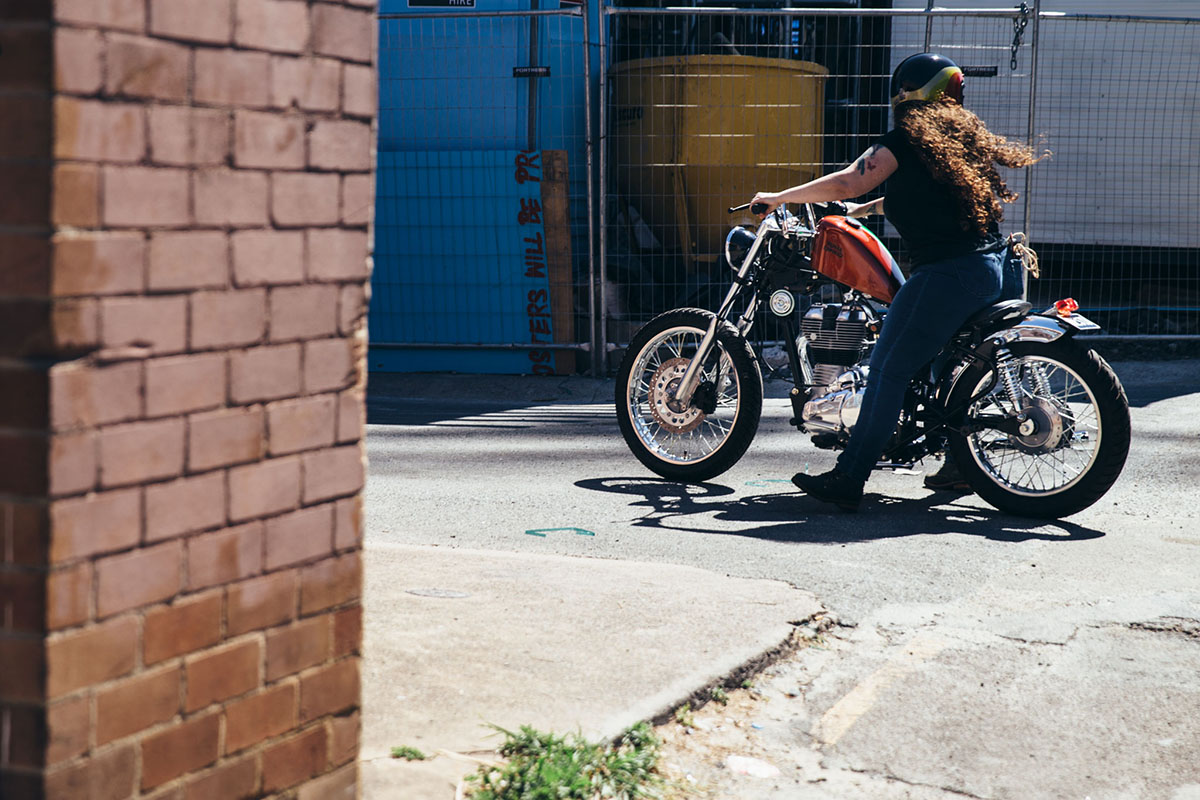 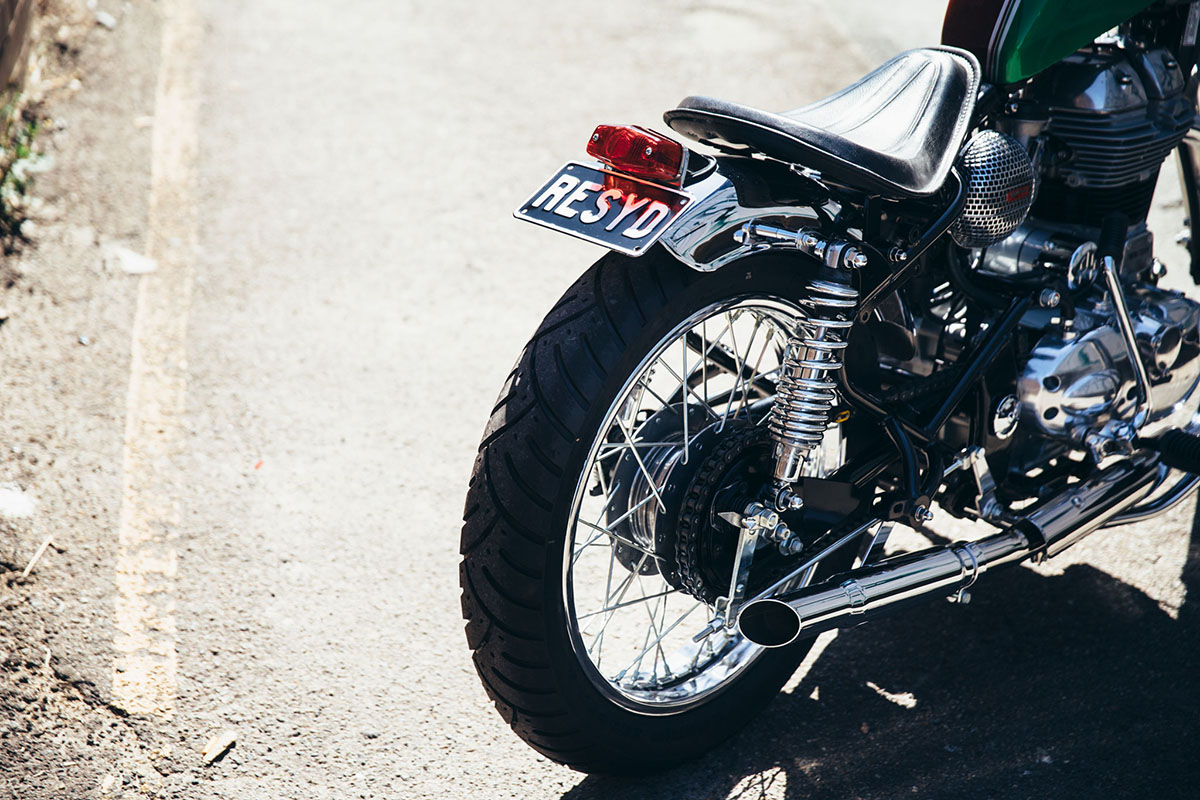 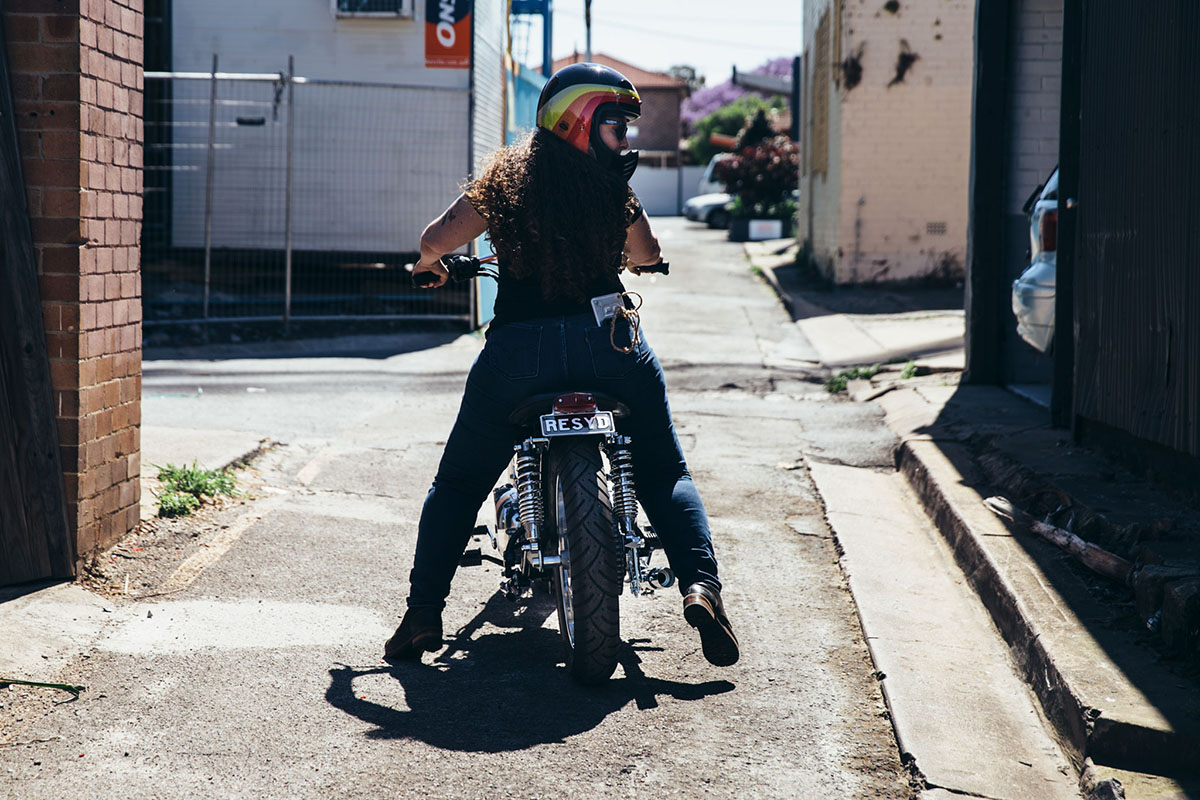 This Royal Enfield in particular would be a 2017 Redditch 350. Despite it being a perfectly fine machine in its stock state, Santina and her team wanted to put some of their own style and flavour into it, making it a true representation of what she and the rest of the team at Revelry Cycles are about. “Some of the other dealerships like to give us a good  a good ribbing for our “concept meetings” but it’s our process.  Simply we sit around after the shop closes, crack a beer and look at the donor bike while throwing out ideas. We all come to the meeting with our own concepts and mix it up.  It’s all very light hearted and we always end up telling stories and laughing a lot.” 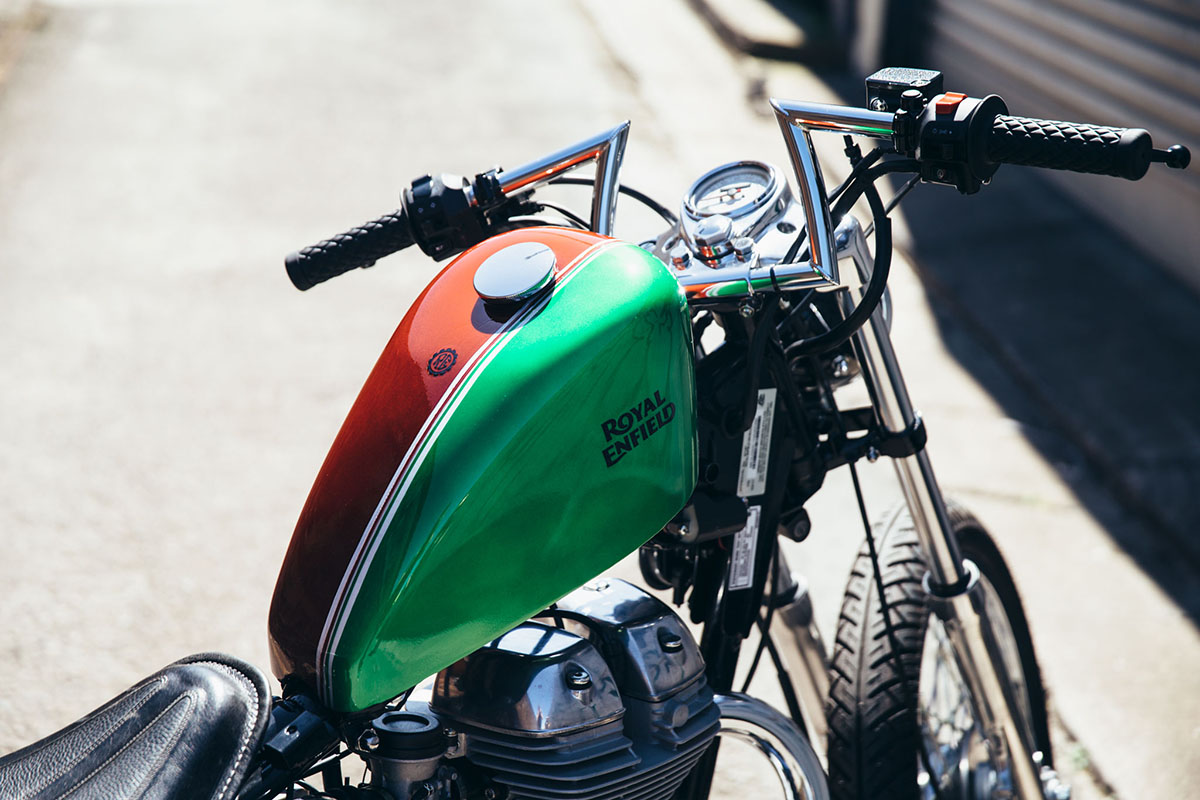 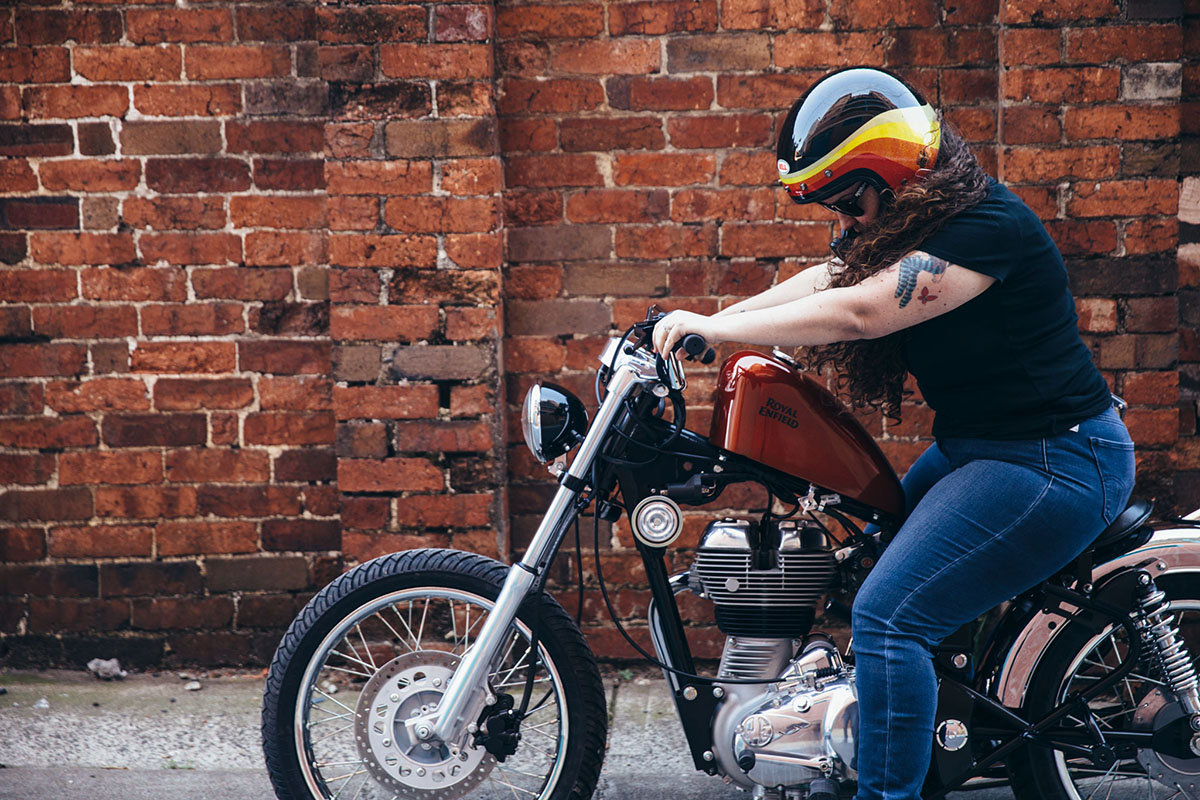 It would be in this particular concept meeting that one of the team, Will, told tales about a chopper that he had fallen in love with in the late ‘60’s. “It was a 350 Honda Scrambler and his older brother “the mechanic” told him not to get that hunk of junk.  Like a lost love Will pined away all these years for that chopper.  We know that a lot of the RE dealers have a background with English bikes but that’s just not us. We decided to be our most authentic selves and build a cool ass 69 Frisco Chopper with metal flake and a dropped rear end.” 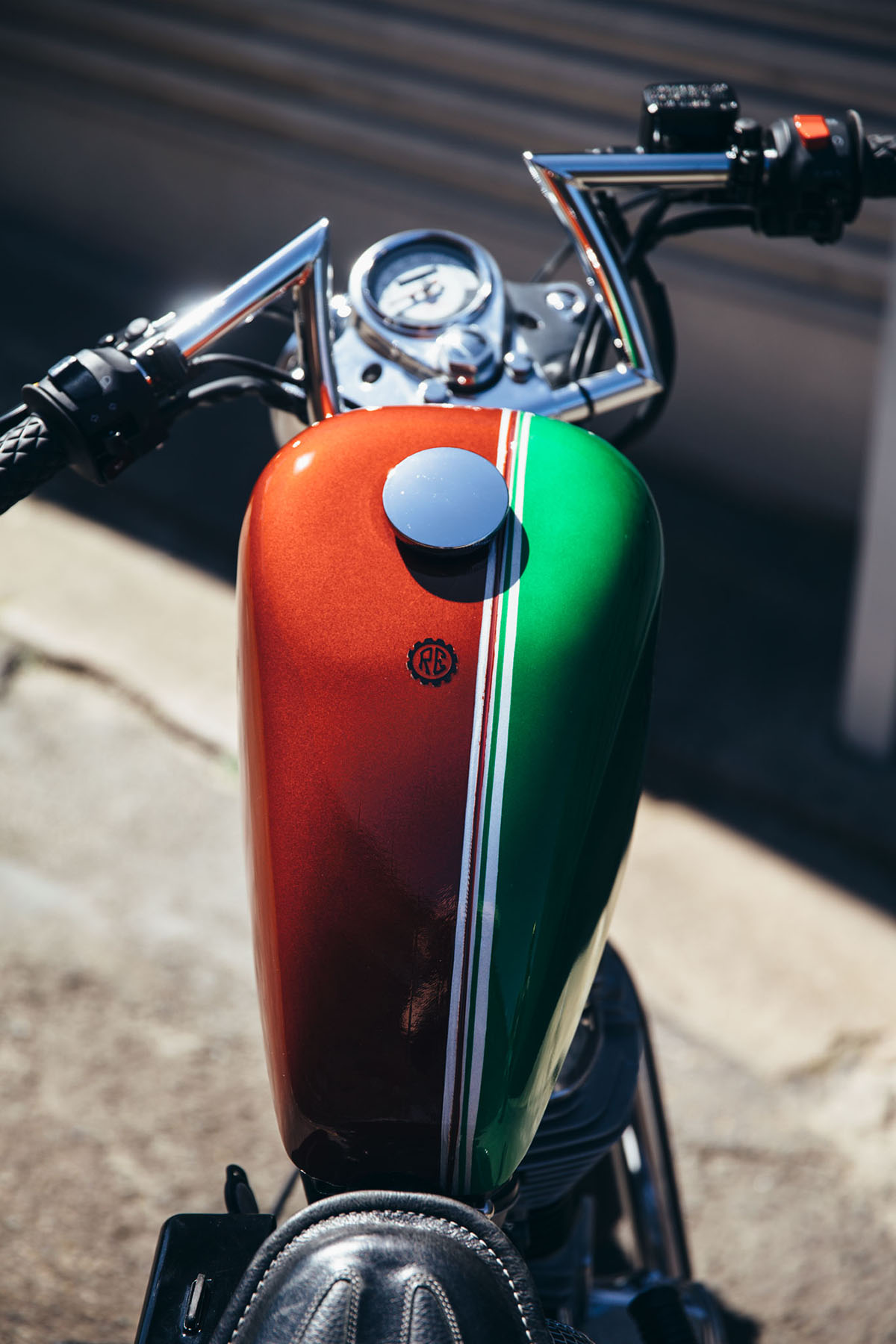 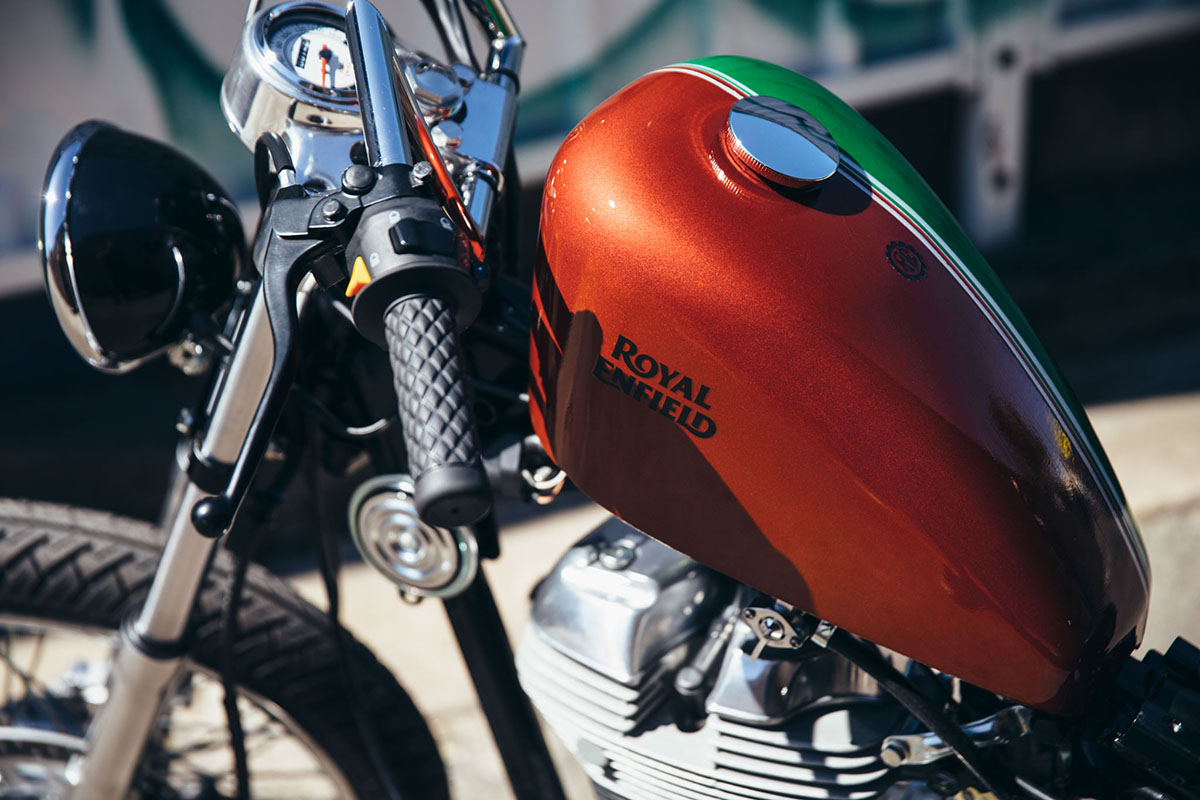 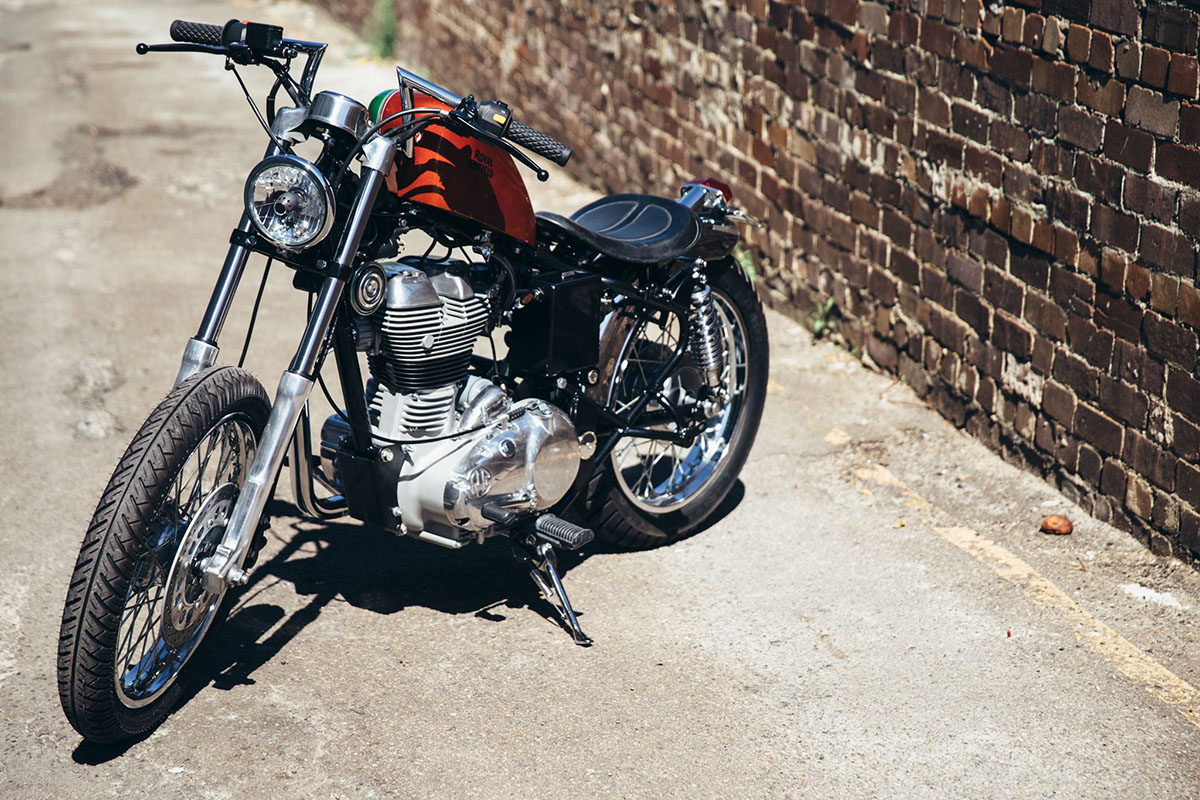 “With customs hiccups are part of the journey.  We weren’t putting together a jigsaw puzzle with all the pieces laser cut and collected in a box.  Overcoming the obstacles is really satisfying and fun if you’re in to that sort of thing.  There is a balance between dream and budget always.  We would have loved to put a Springer front end on it but we could have easily outspend the value of the bike.   We did have some cool twisted handlebars that we loved but they wouldn’t clear the fuel tank.  And then the paint (oh good gravy the paint!) it was not a brand we worked with before and we just struggled to get it right.  We had to strip the whole thing and start over.

My best advice is to surrender to the experience and see where the build takes you.” 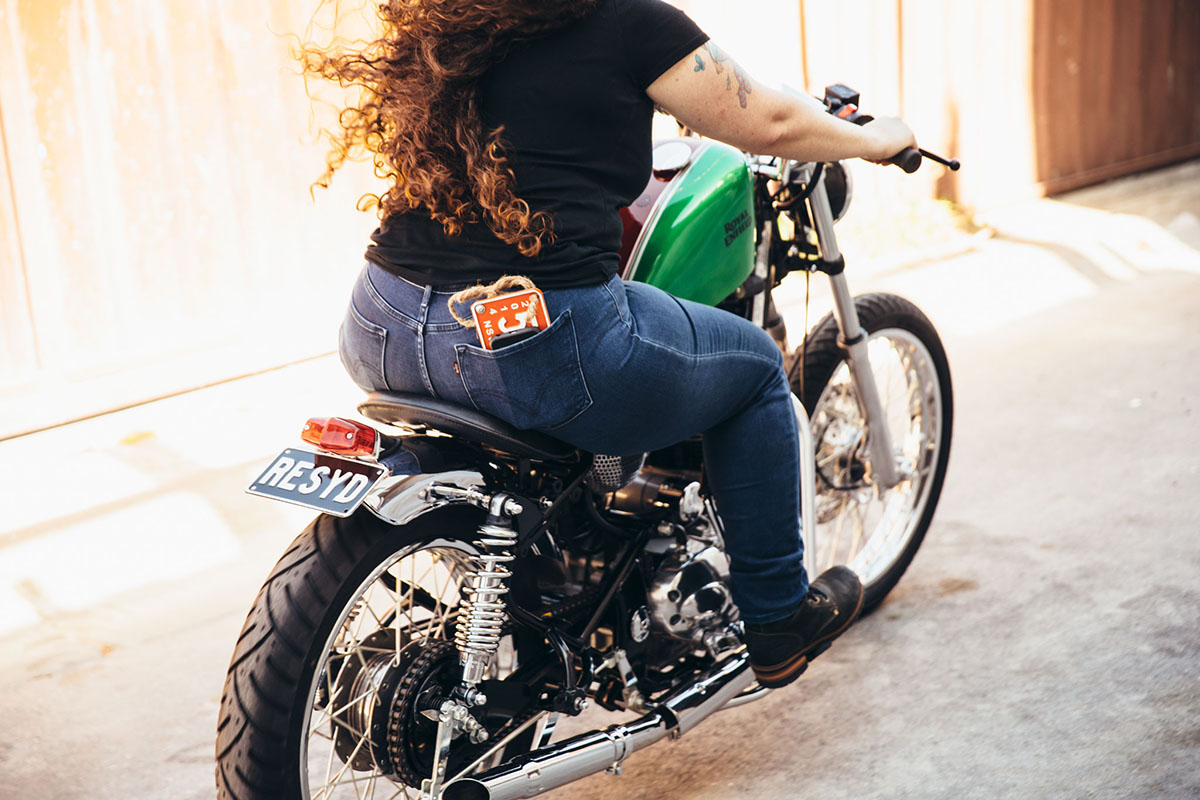 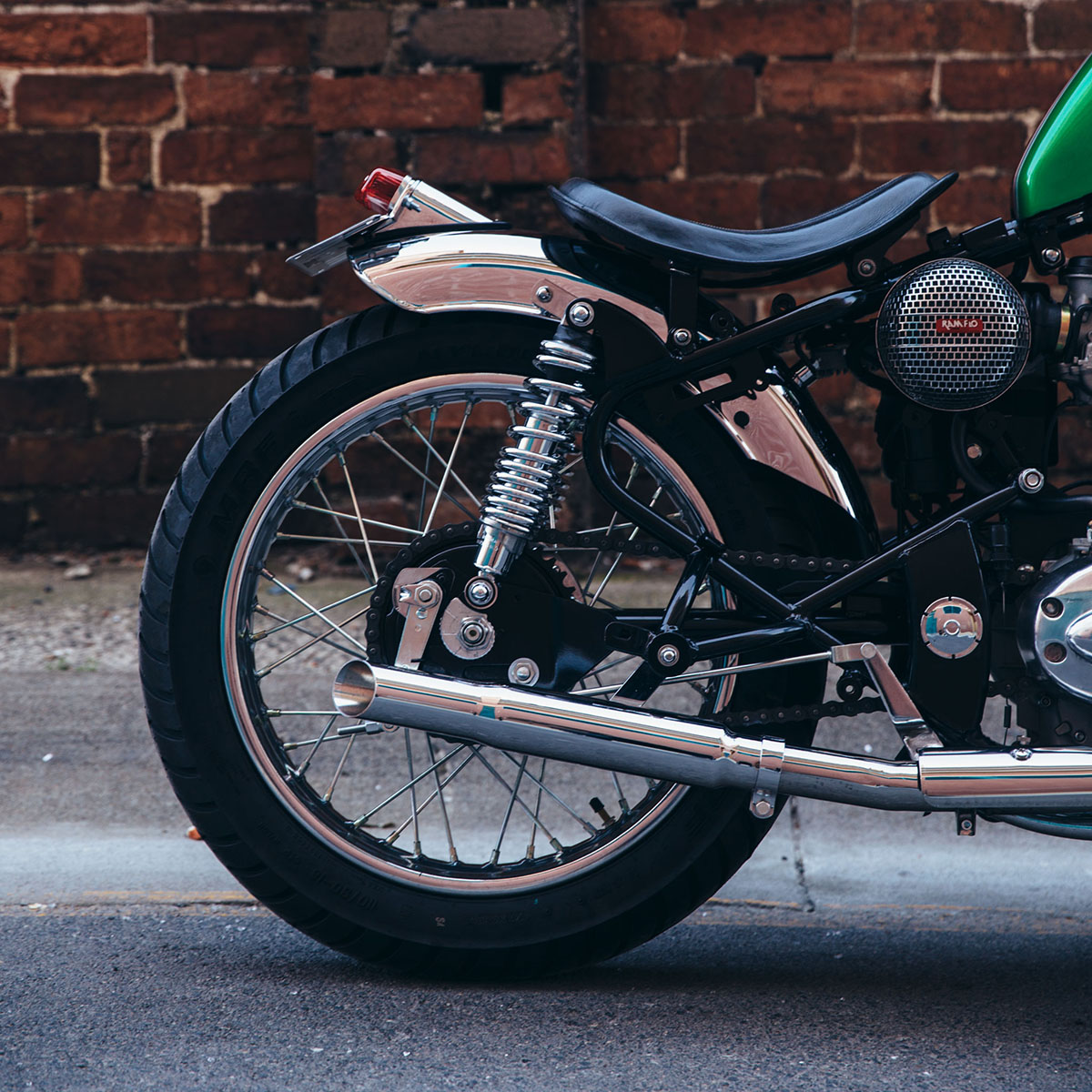 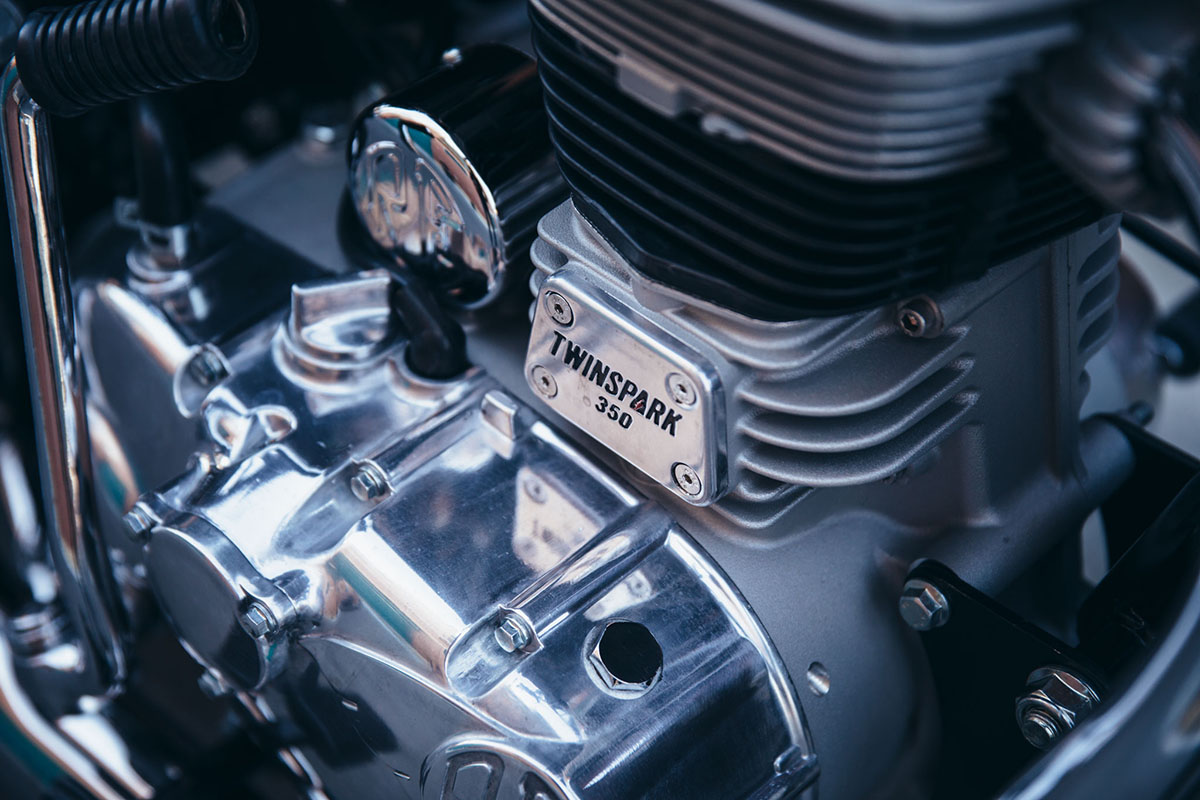 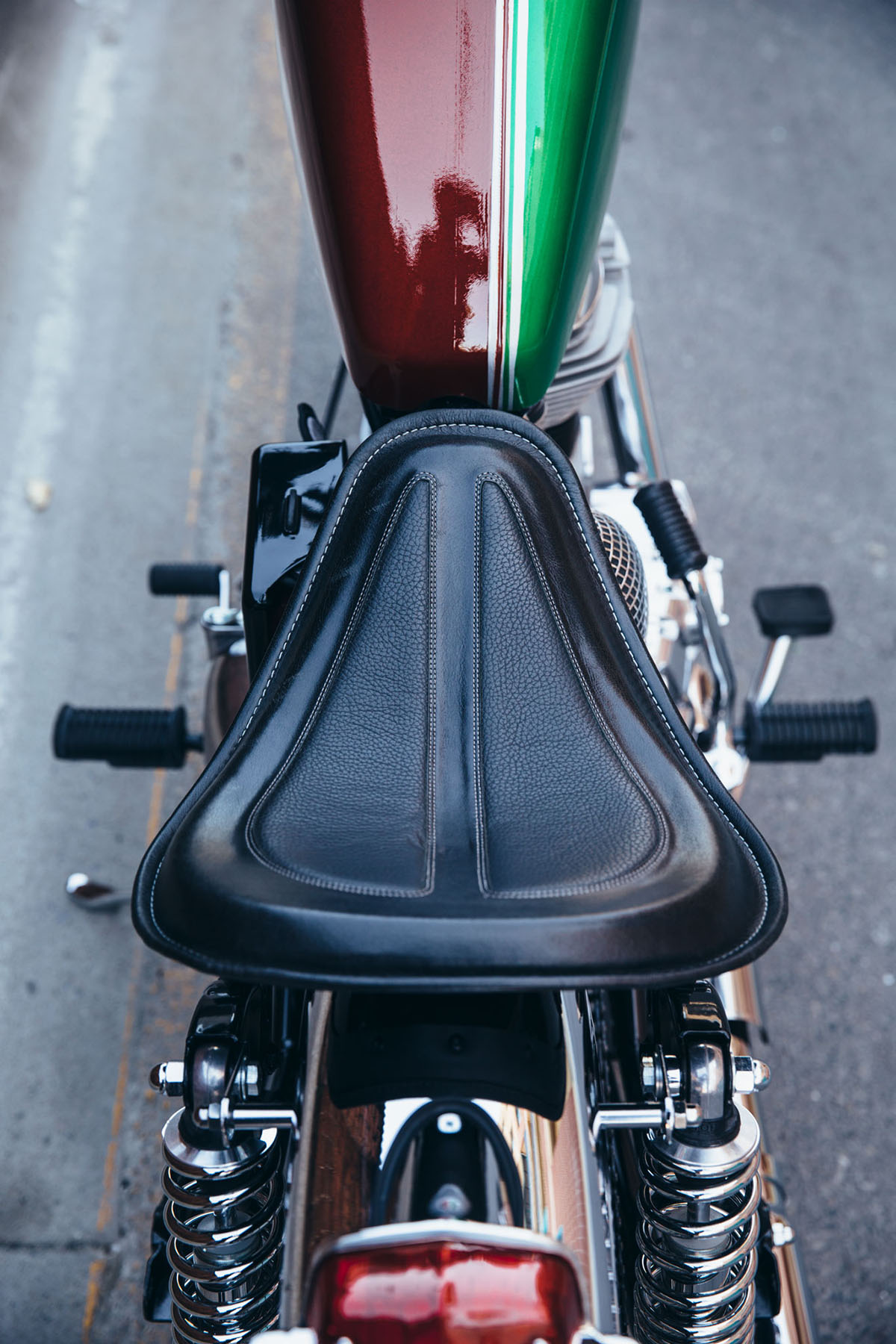 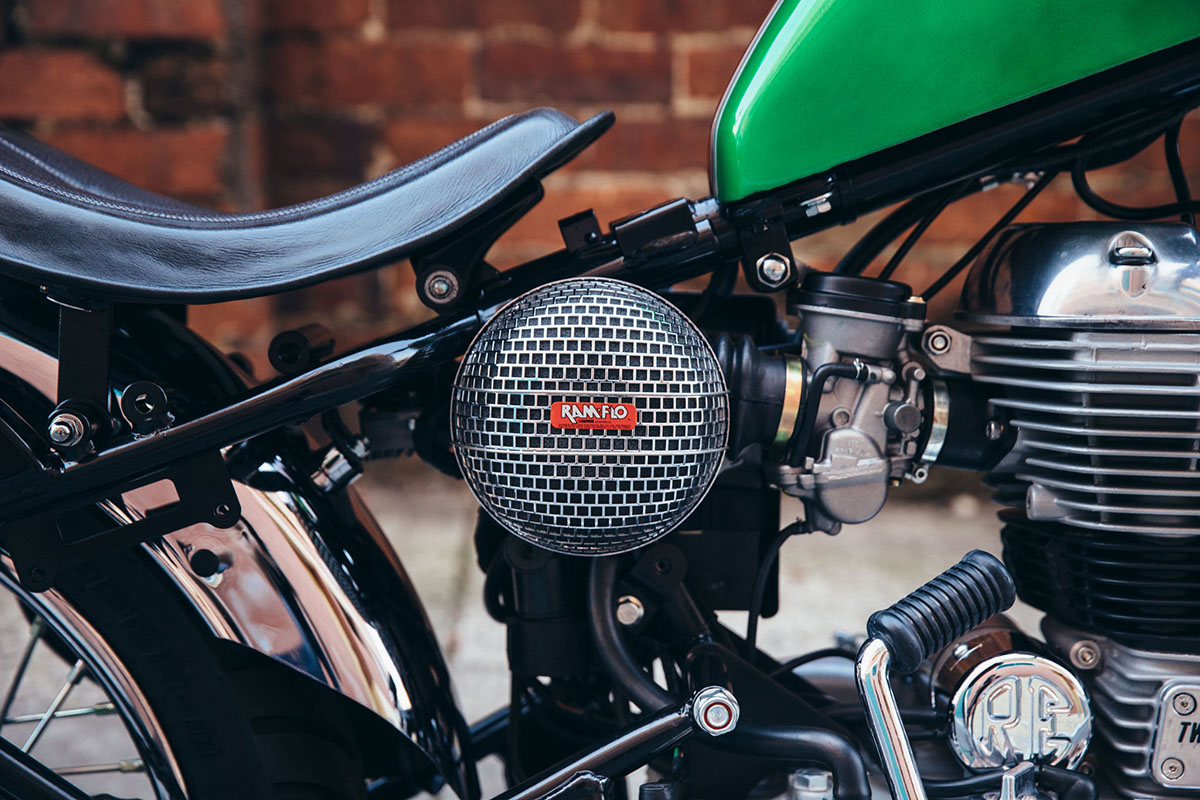 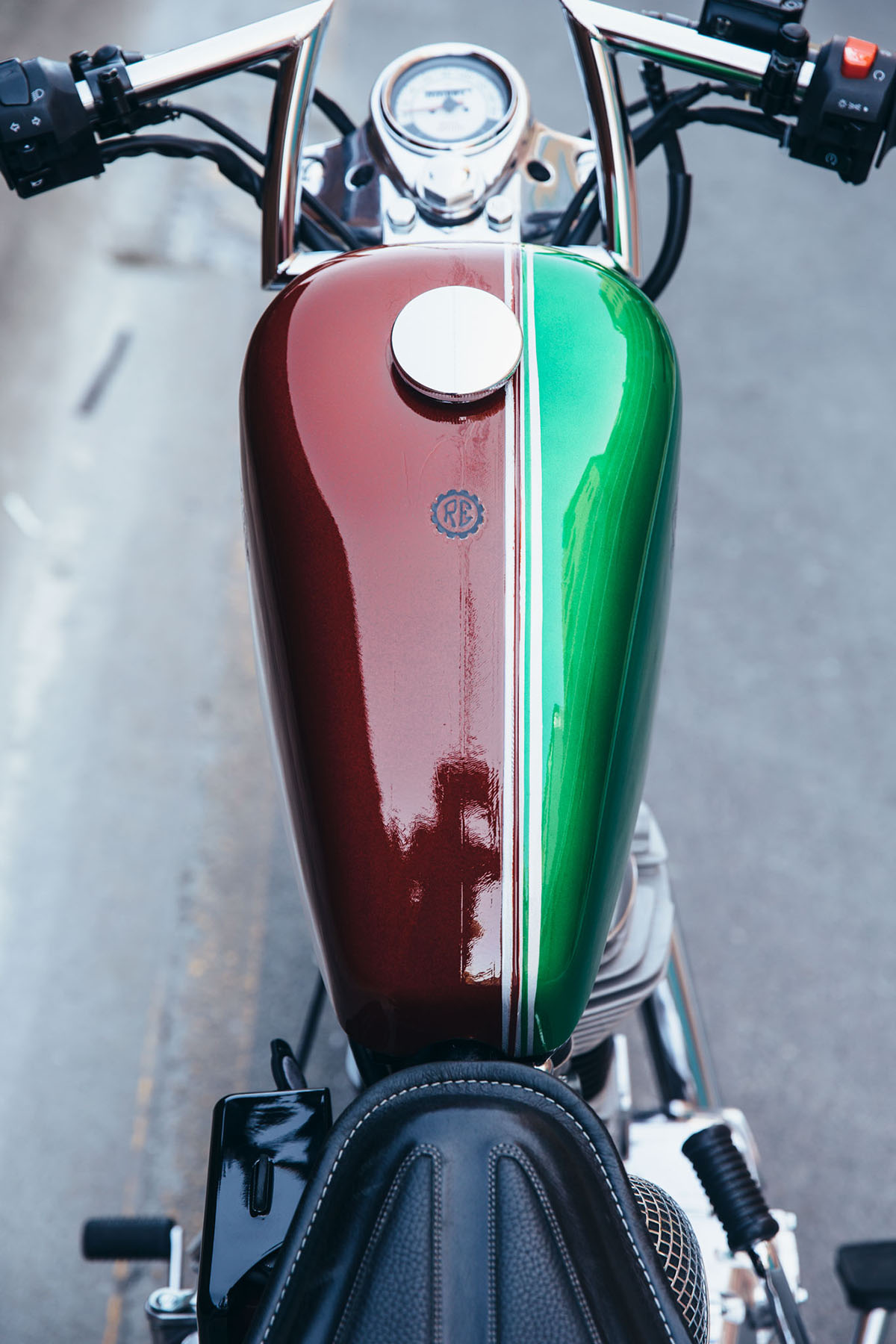 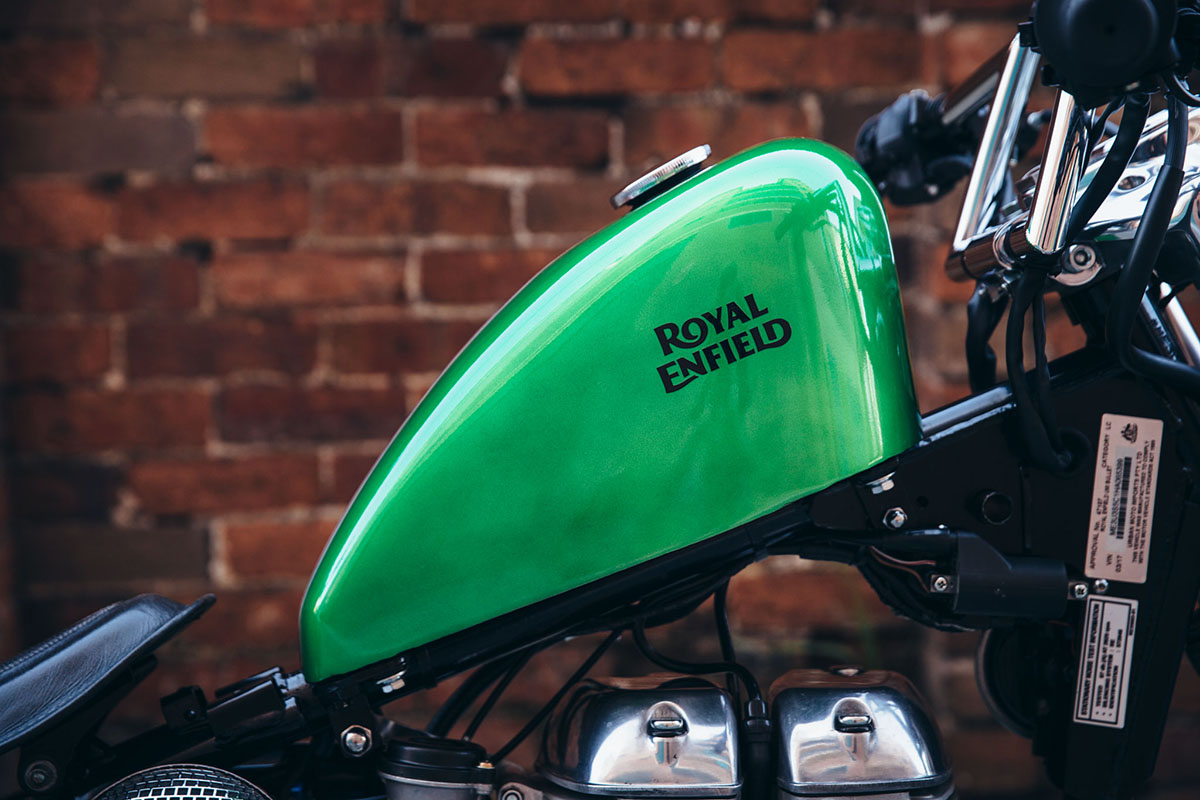 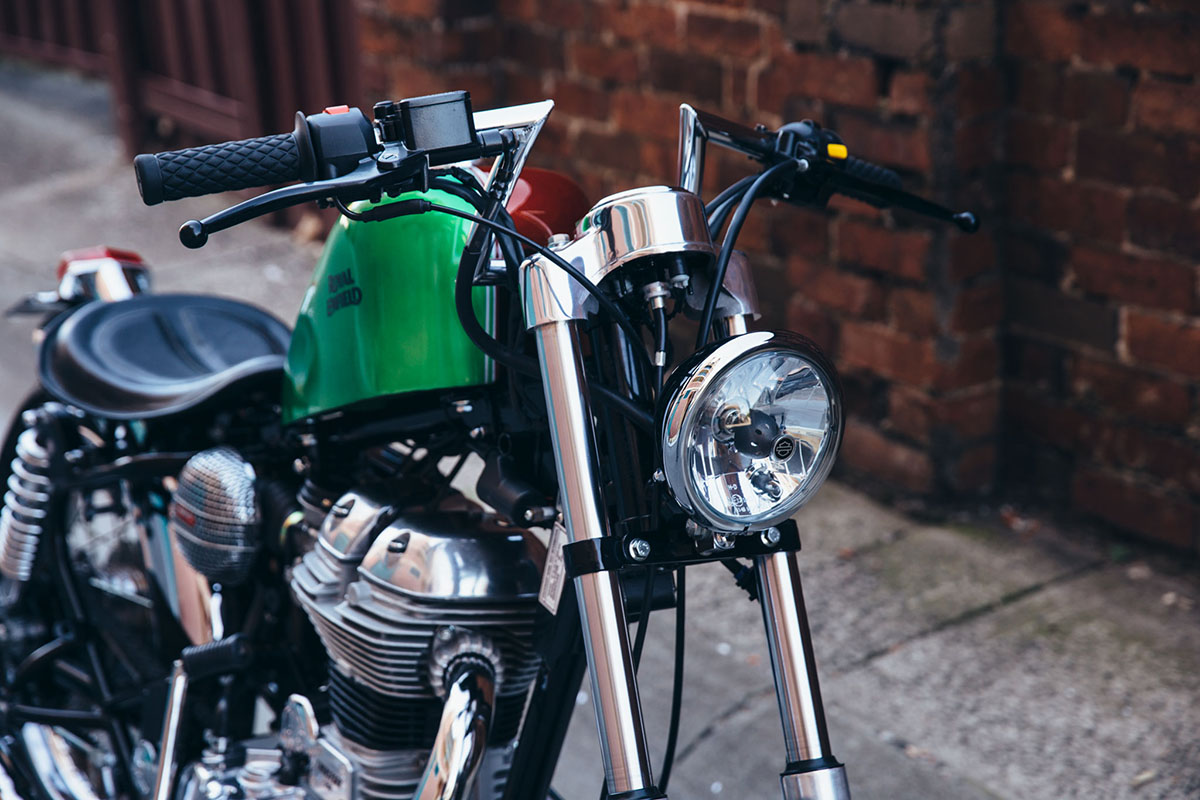 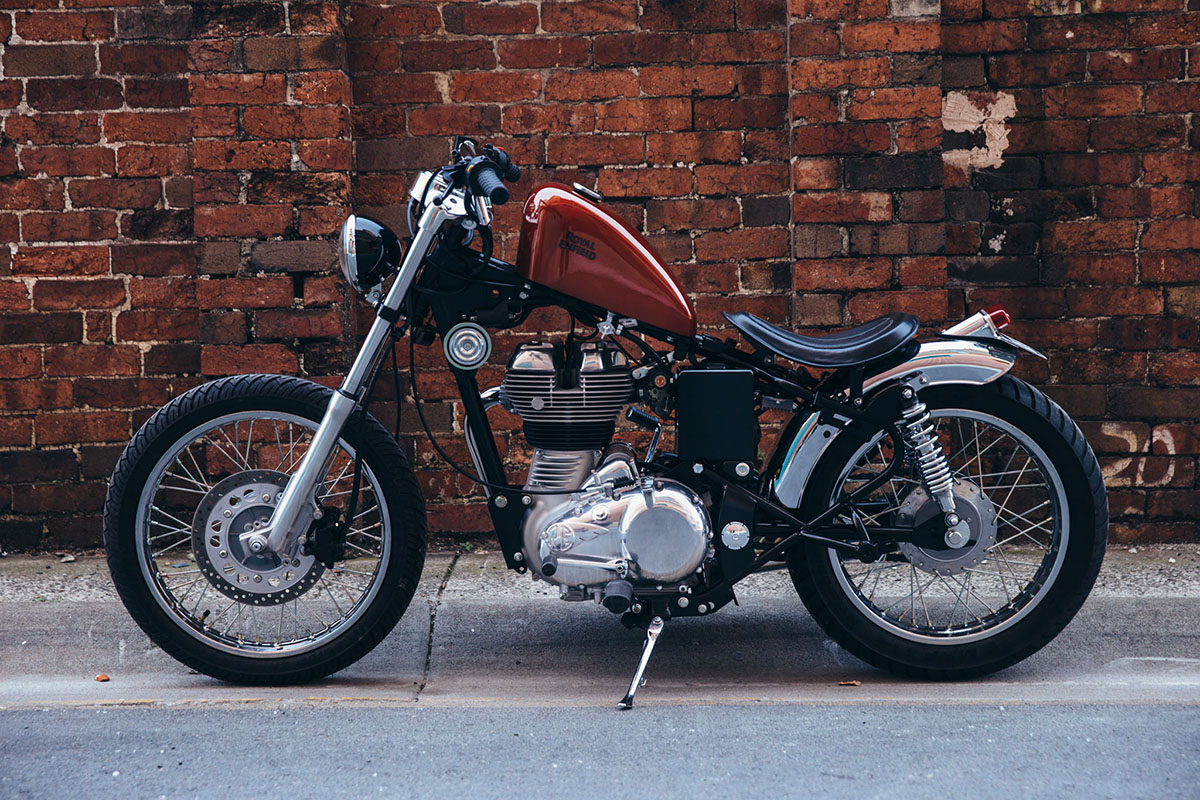 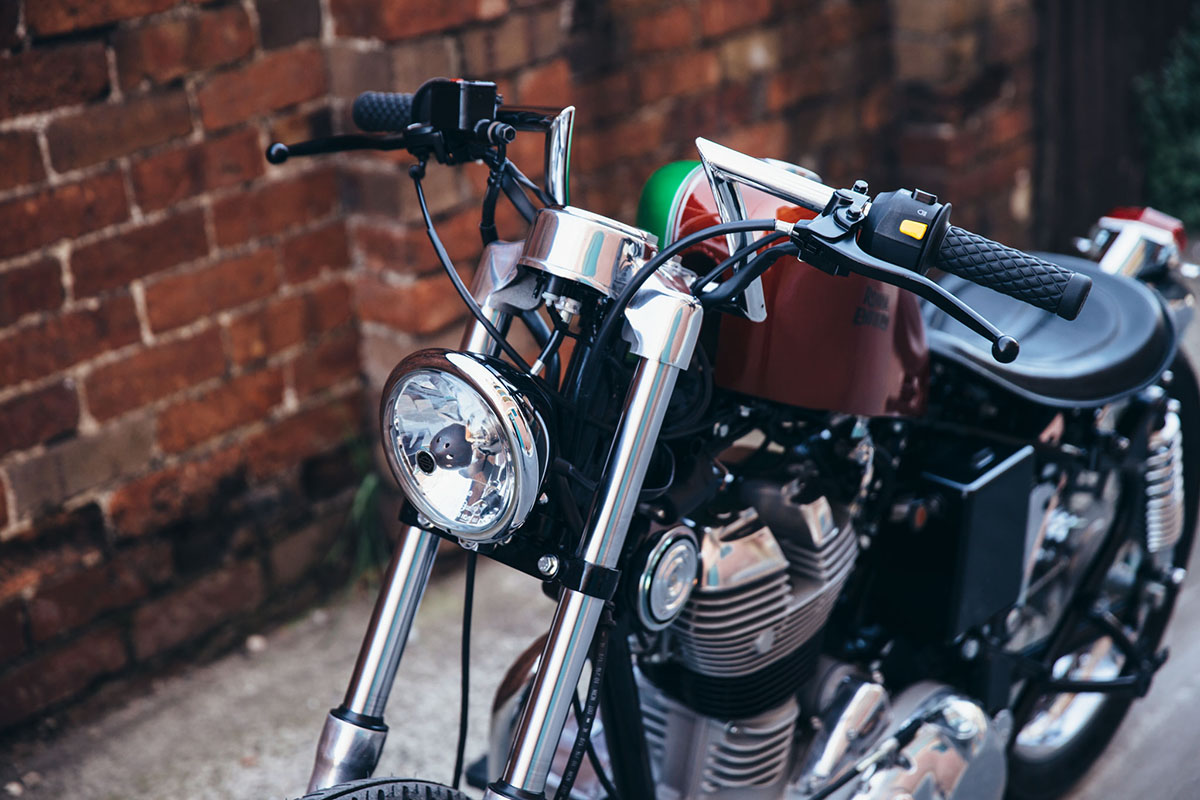 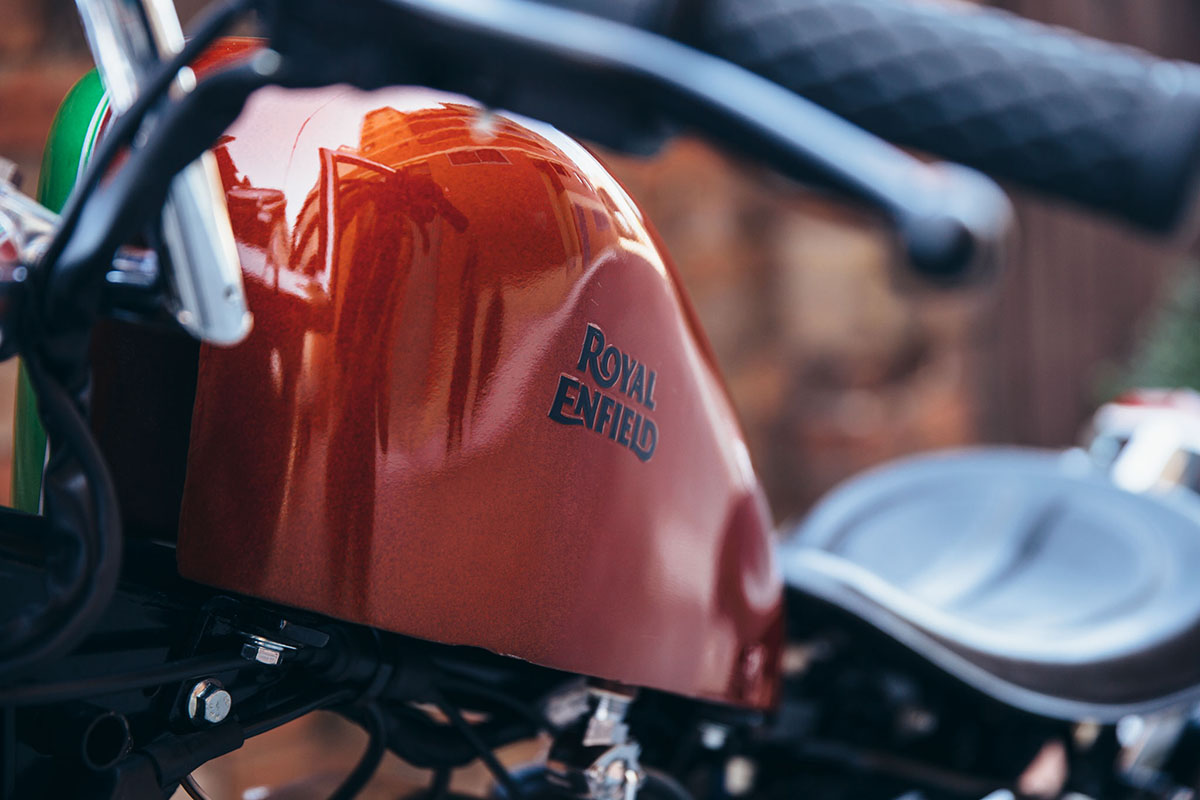 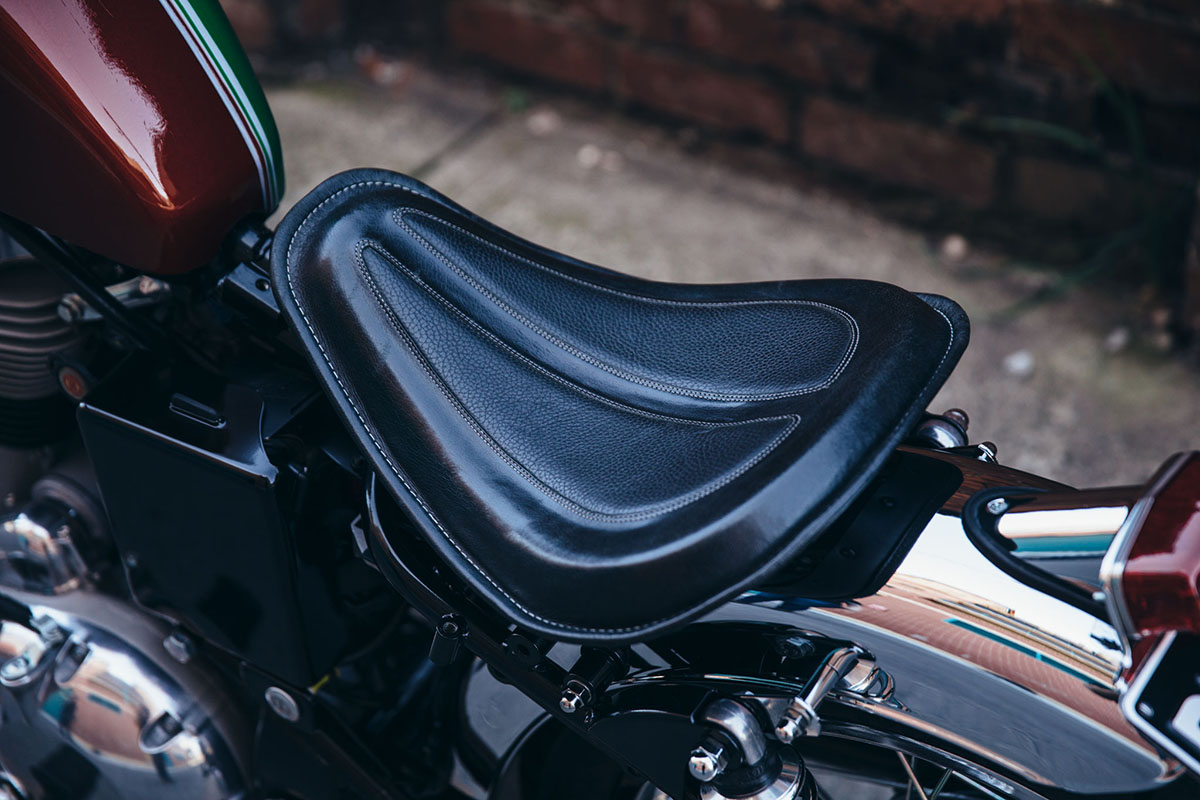 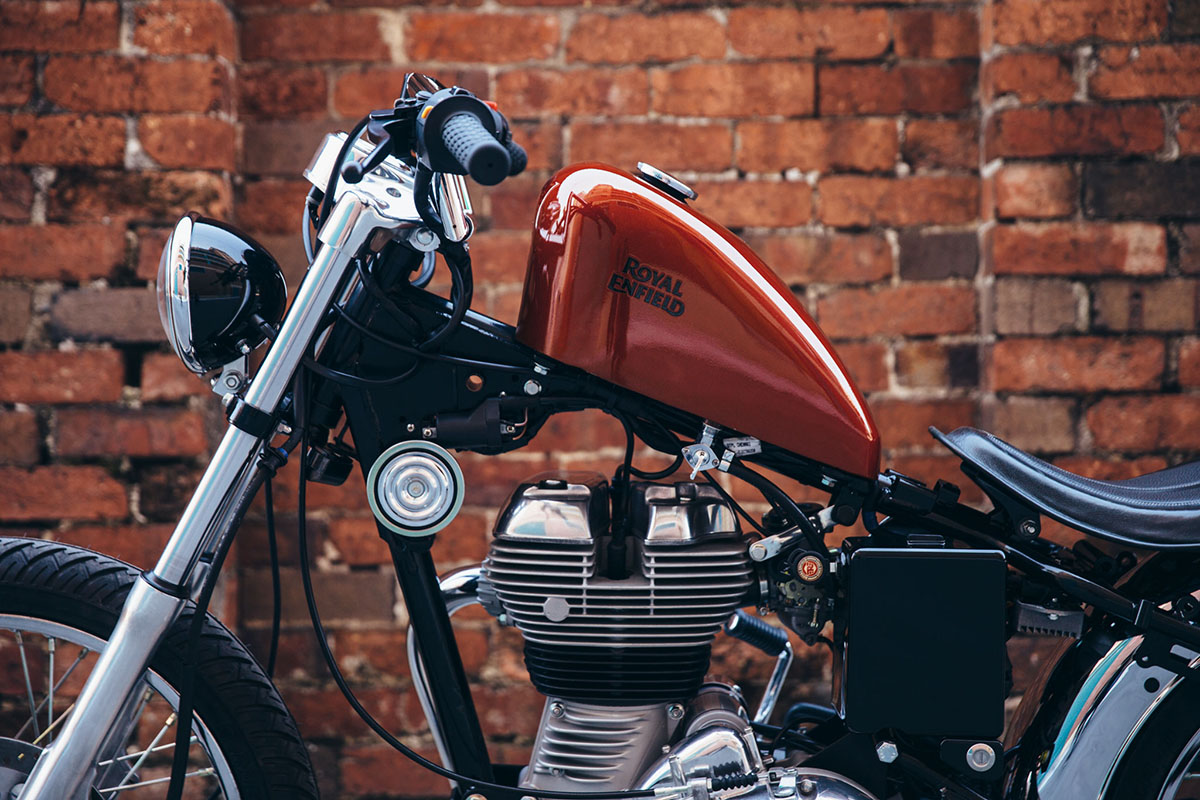 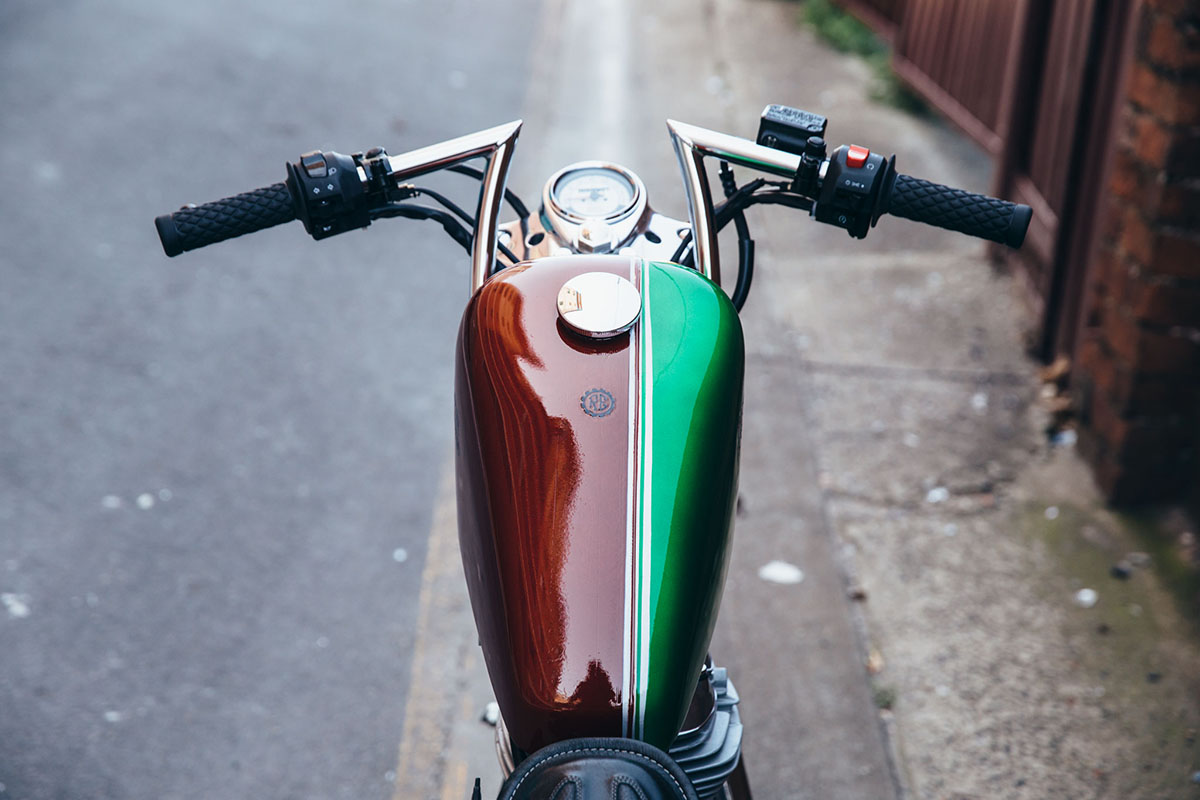 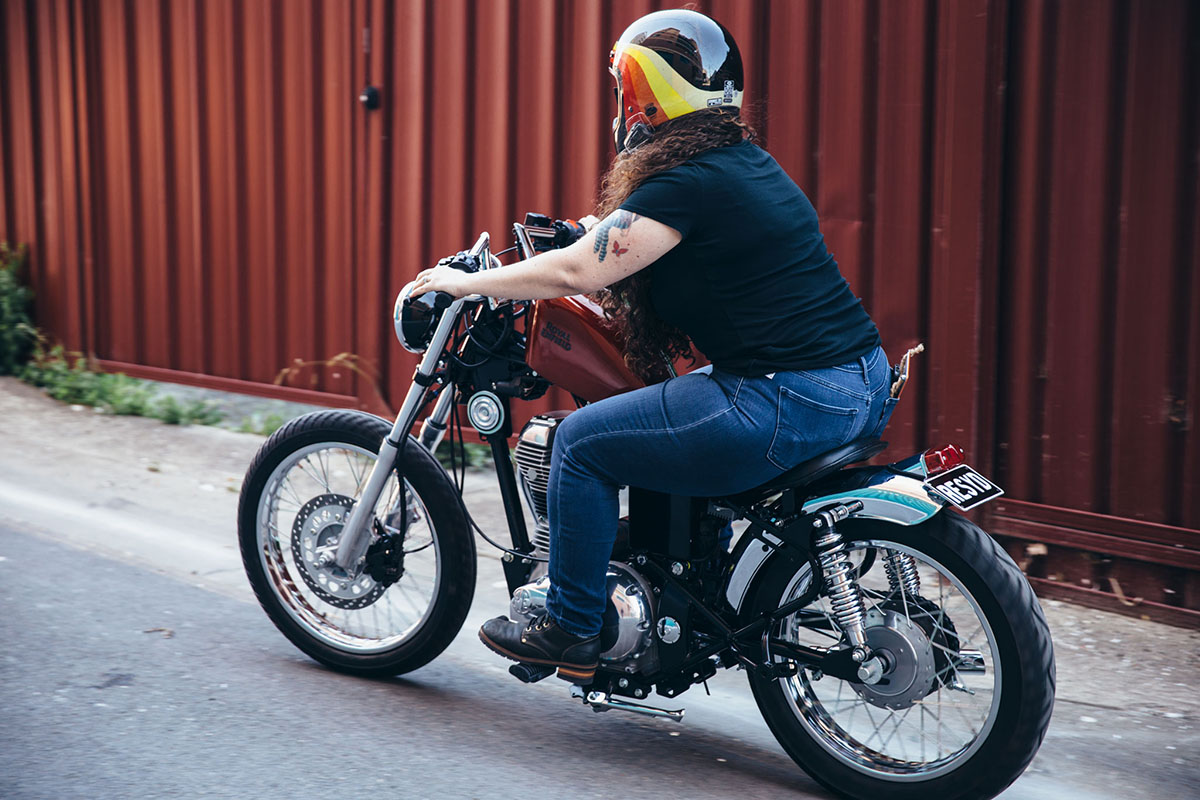