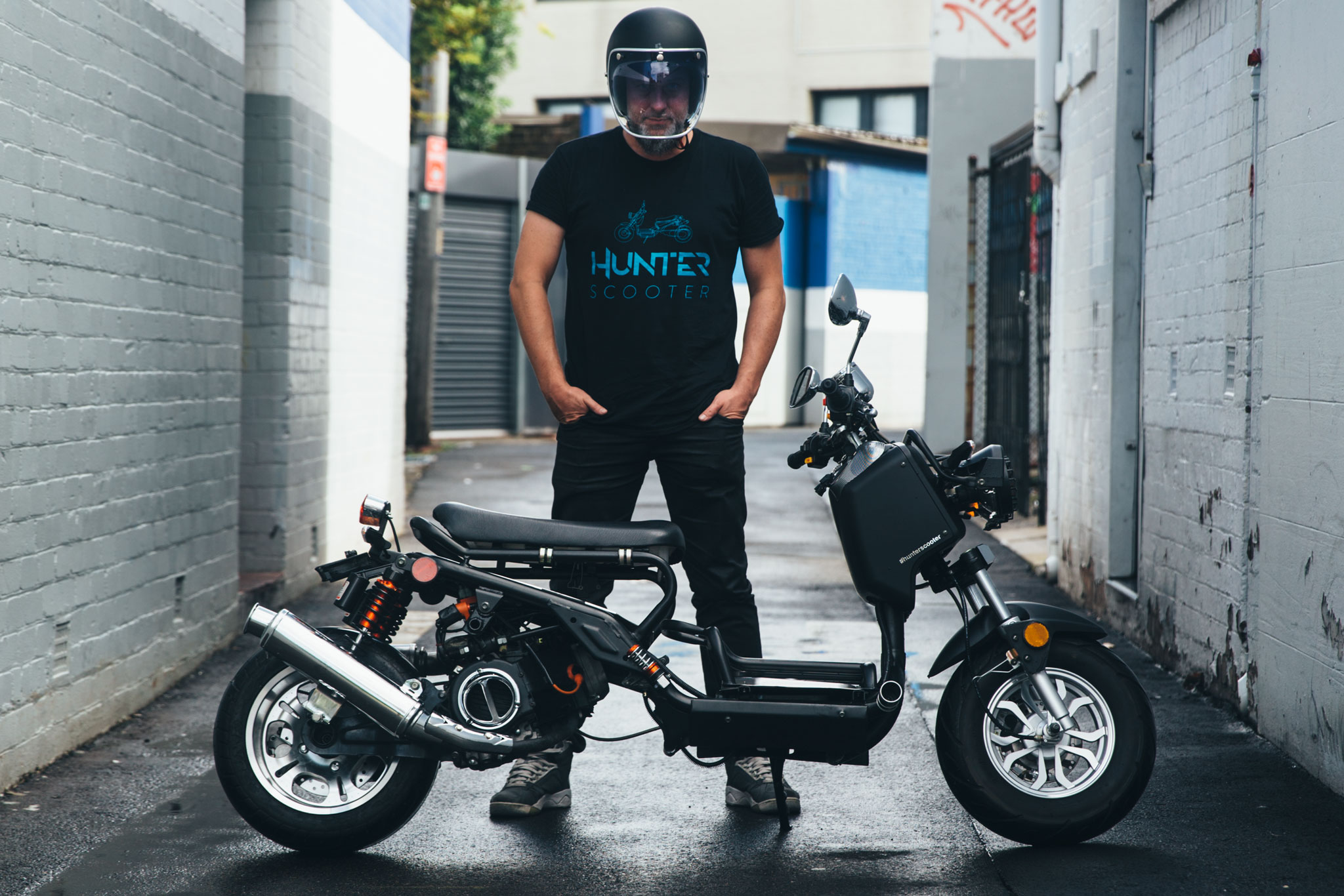 Close to a decade ago, our protagonist Luke would fall in love in Japan. It wouldn’t be the cheap beer in vending machines, or dubious animated shows that would catch Luke’s eye however. A low down, stretched out Honda Zoomer would be the catalyst for some new wheels hitting Australia’s streets.

These 50cc Honda scoots that had initially captured Luke’s eye were nowhere to be found back home in the Australian market. After a bit of research, importing a 2nd hand scooter from Japan or the US would set one back over $20k once the import approval and compliance regulations were finalised. There was a gap to be filled, a machine that was born for customisation in the scooter realm. Here, the seed for Hunter Scooters would be planted – although how exactly does one go about creating a brand new scooter and sell it in Australia? 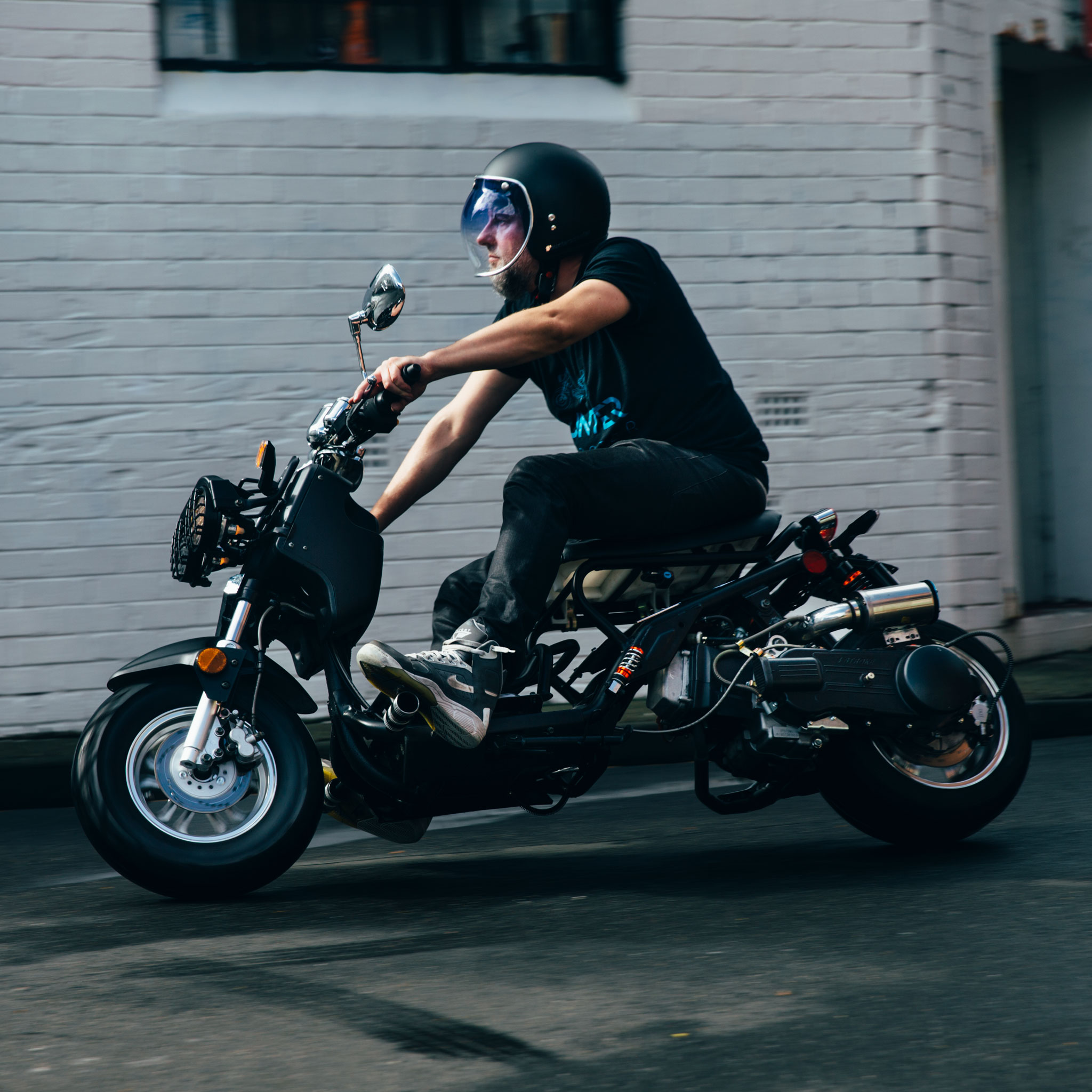 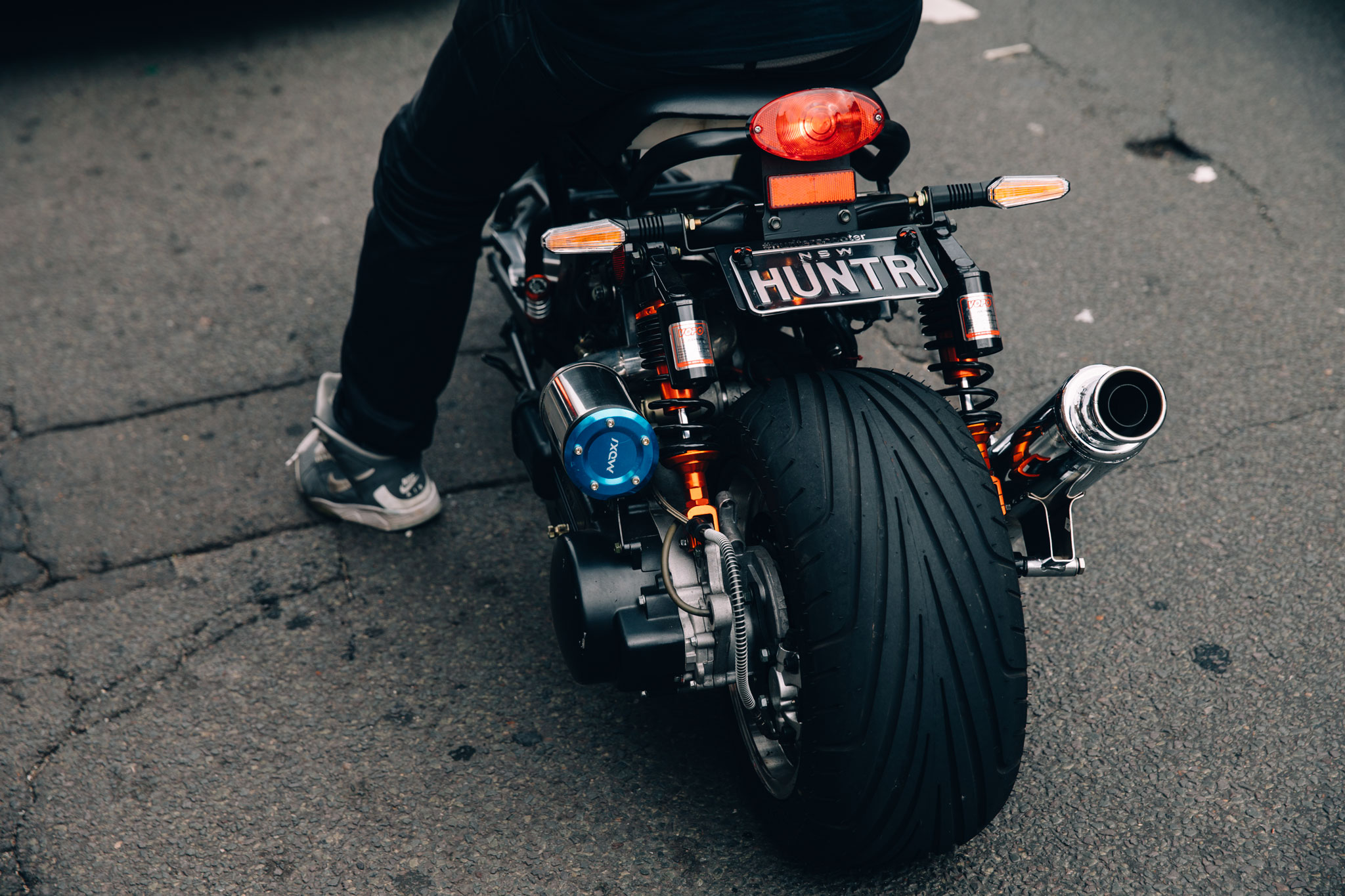 The roots for these new machines would go back much further than a decade, to a younger (and much more innocent) boy pulling apart his toys. ‘Since I was a kid I always had a curiosity of how things worked. I loved to pull my toys apart to see the inner workings and what made things tick. Growing up in the 80’s I was at the point of a technological revolution. Having toys that were made from wood and metal with mechanical workings it was easy to comprehend the physics behind their construction. As the microchip and electronics became more affordable and usable in more comprehensive applications I started playing with electric motorised cars. I started pushing the limits of their working conditions, through water in the bath or through fire by pouring metho on the floor and lighting it… I thought I was a stuntman inside each of my toys.” 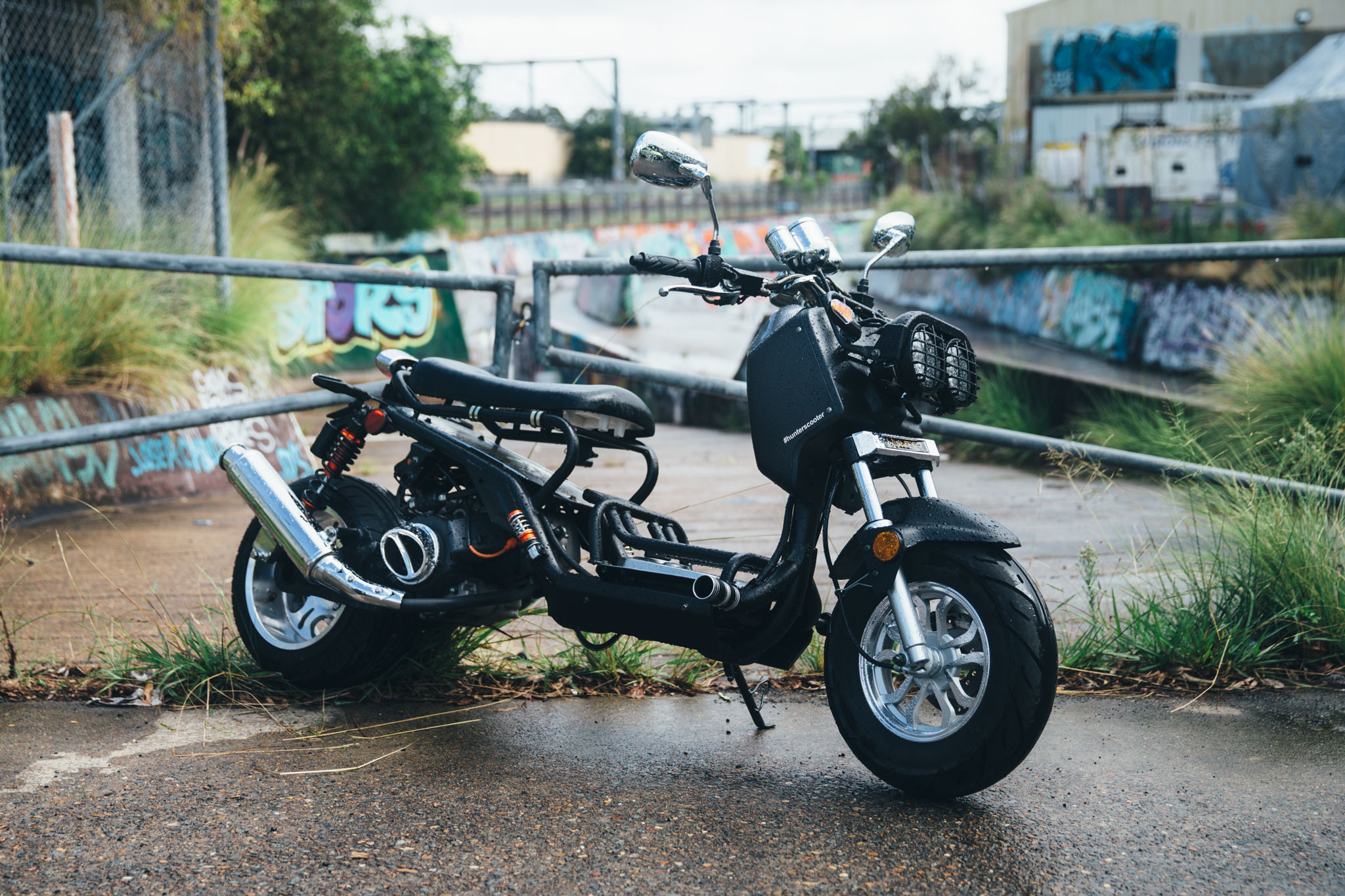 The natural progression for Luke as he grew of course was for these toys to grow up with him – in the form of real cars and real scooters. None were safe from his desire to pull them apart, or make them unique to his style. ‘I went past a scooter shop on Parramatta road one day and purchased my first 150cc sports scooter. This scooter although, not a well-known brand at the time, was more of a sports style – not a classic Vespa styled scooter. This Taiwanese Golden Bee was sharp on acceleration and precise in handling, sure all the fairings were plastic but it worked and it kicked with a punch. Sitting at a set of lights I would consistently beat heavier European equivalents of the line! This was the best $4k I had ever spent.’

Luke was head over heels in love with Scooters, and now he would be creating his own. The first step in bringing together Luke’s gutsy and gear-leverless dream would be finding a factory to create these machines. ‘I was after a manufacturer that could build me a machine that stood out from the pack, and that was at a more affordable price for the average punter. After contacting many factories in China and suppliers abroad I was able to find one that not only promised everything I wanted, but was able to build a sample that could be tested on the Australian roads. After many months of email conversations and frustrating calls, I found a supplier that fitted the brief.’ 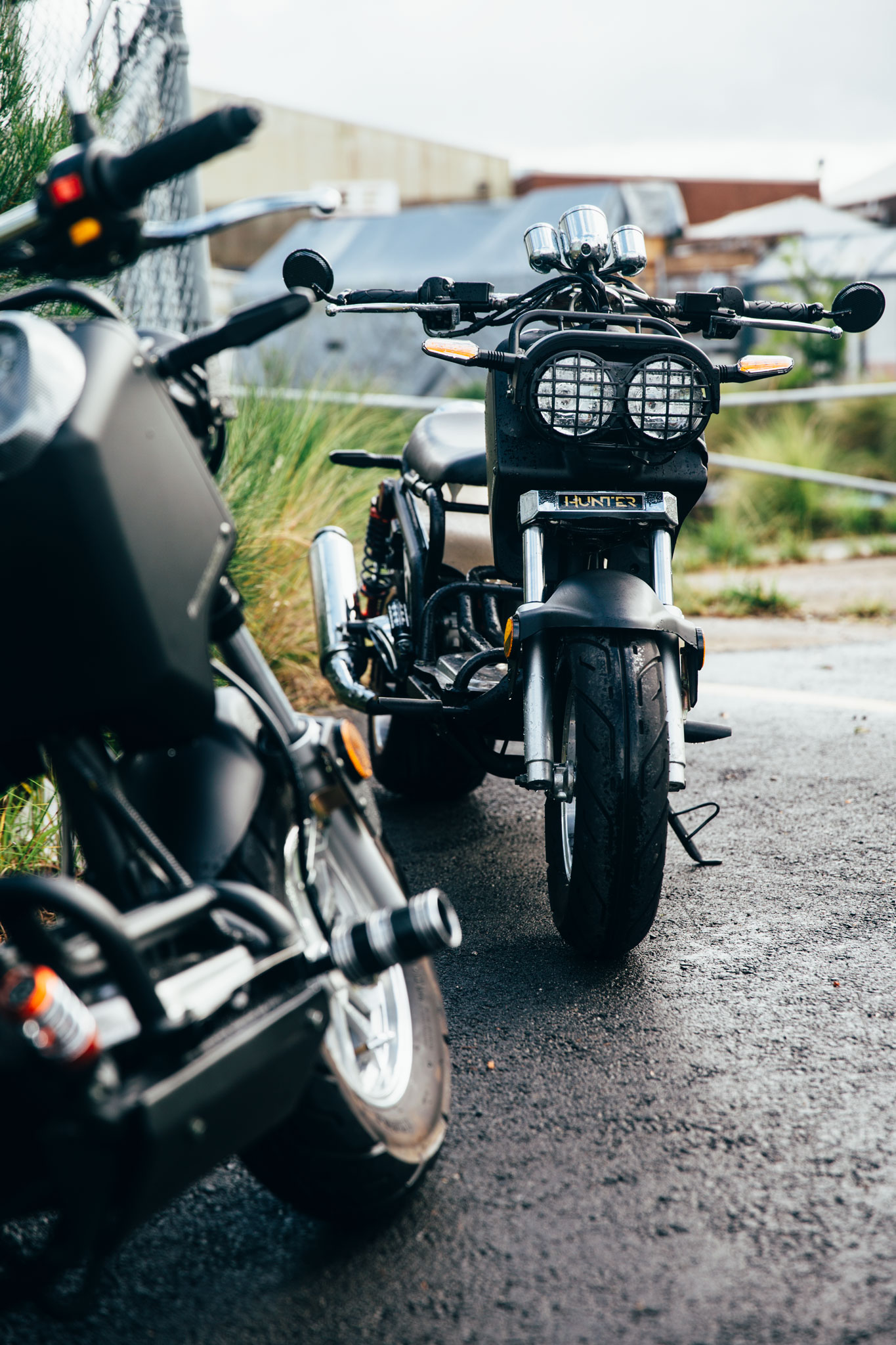 15 months from the original brief, the first bare boned 150cc machine scooted onto Australia shores. From here, the testing would begin for what would eventuate into a much bigger line of these scooters being produced. Once the evolution was complete, with upgrades and improvements being made where found the Dark Knight ZH150 Scooter was born and ready to rumble. “Out of the crate for $4900 + ORC this was a balls out fun scoot with a multitude of bolt on extras from the thriving Japan and US scooter scene.”

Straight out of the box, these are unique looking and fun machines. The rear tyre is truly fat (or phat, as the youths might say) which will no doubt garner a lot of attention. Contrary to any thoughts about how the rear tackles corners, it’s actually not as bad as you think. After a few lefts and rights you’ll quickly become accustomed to the big butt of this little Hunter Scooter – it’s quite manageable. 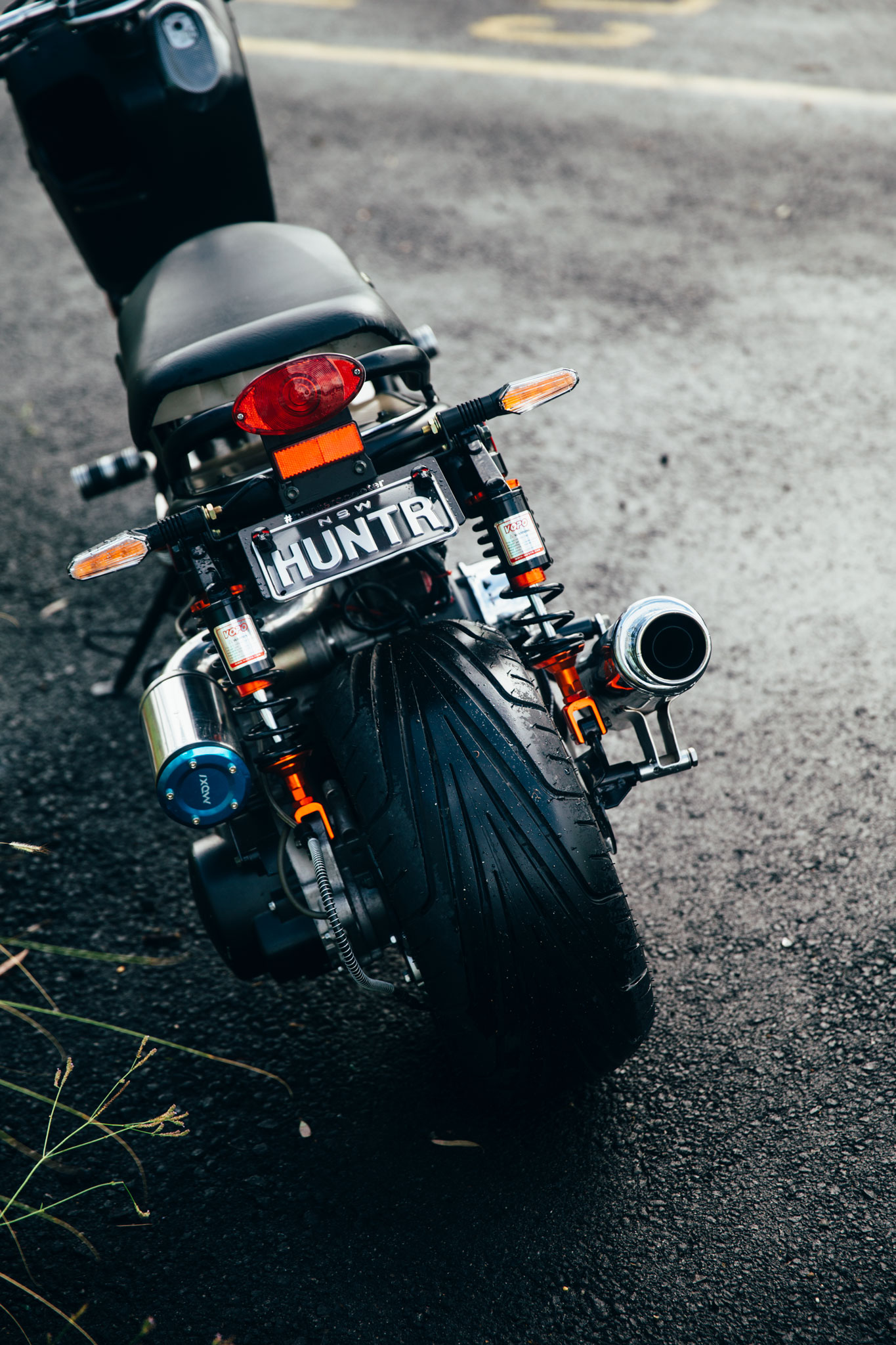 These machines are born for custom work. Although you could happily own one with no work done to do it and still ride around getting plenty of looks, Luke intends these machines to be a reflection of their owner’s style and creativity. Simply put, they’re a ton of a fun to ride. This is an economic, simple machine that suits the coastal and urban living of Australia all too well. Leaving the larger machines at home and opting to use the Hunter Scoot for zipping through streets, or slamming down to the beach means you get to wrench the throttle back, and push it to it’s limits. 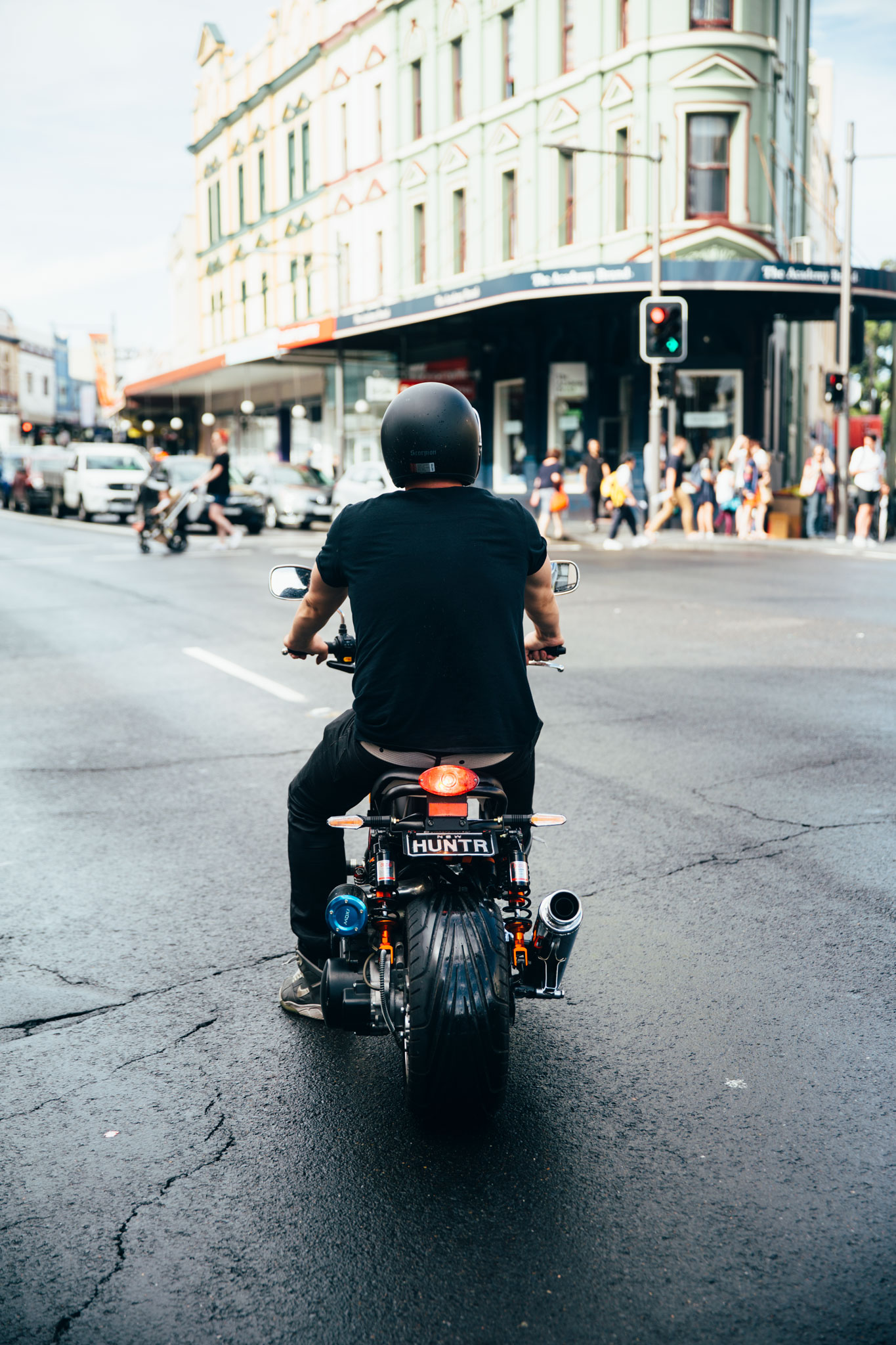 Despite it not even being a complete year of the scooters being on Australian roads, their popularity has grown considerably. A simple, fun, good looking machine paired with an owner who is passionate and hands on about getting people riding his scooters means you’ll no doubt be seeing even more of them soon. These little mean street beasts have extension arms on the drivetrains, dropped suspension, cut off sports exhaust and front set foot pegs.

‘I wanted now to conceive a product that could appeal to the masses and be customised to the most unique individual. This was the birth of the ‘hunter’ – go out and seek what you want. Stalk it, hunt it, live it.’

To check out your own Hunter Scooter, CLICK HERE 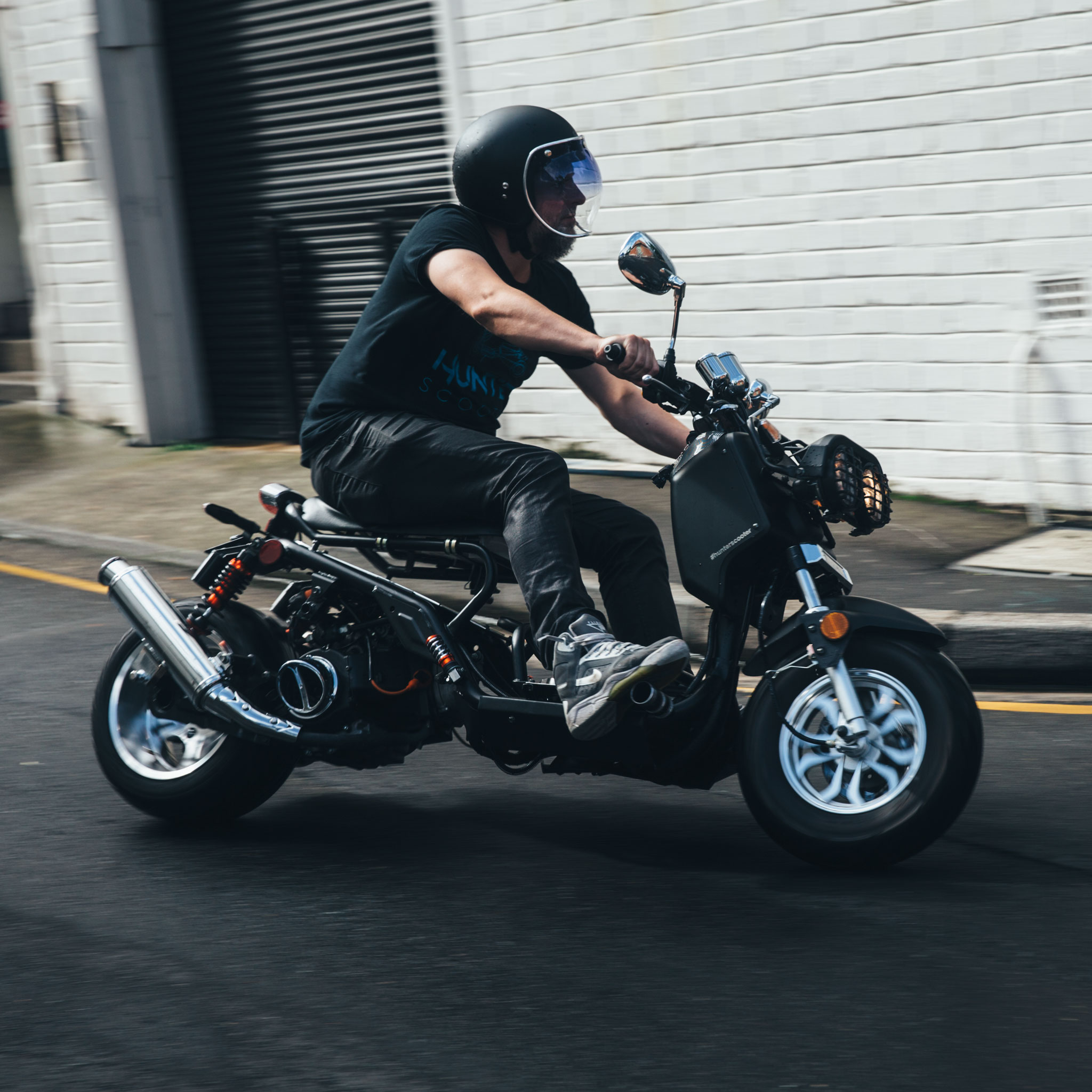 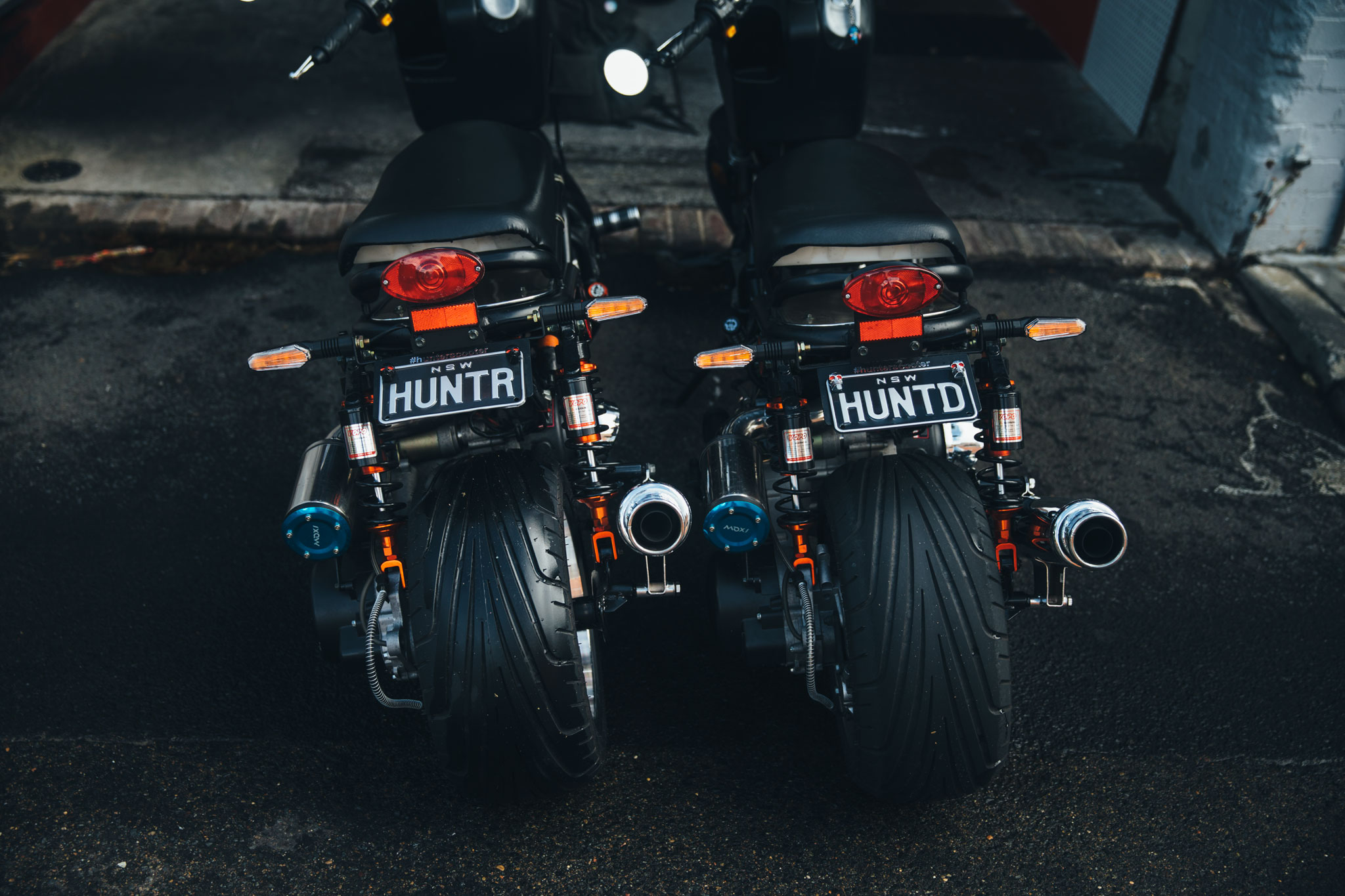 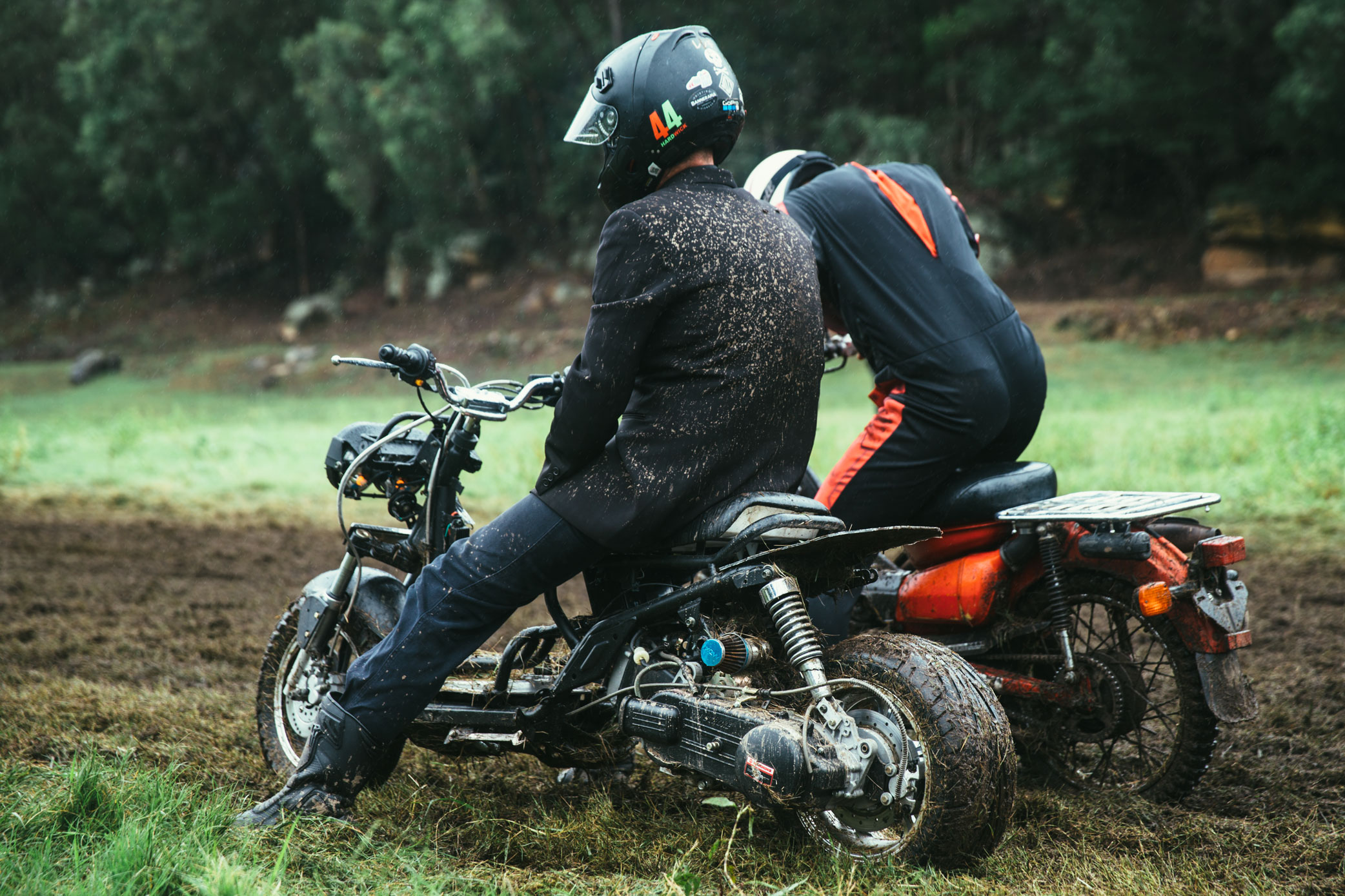 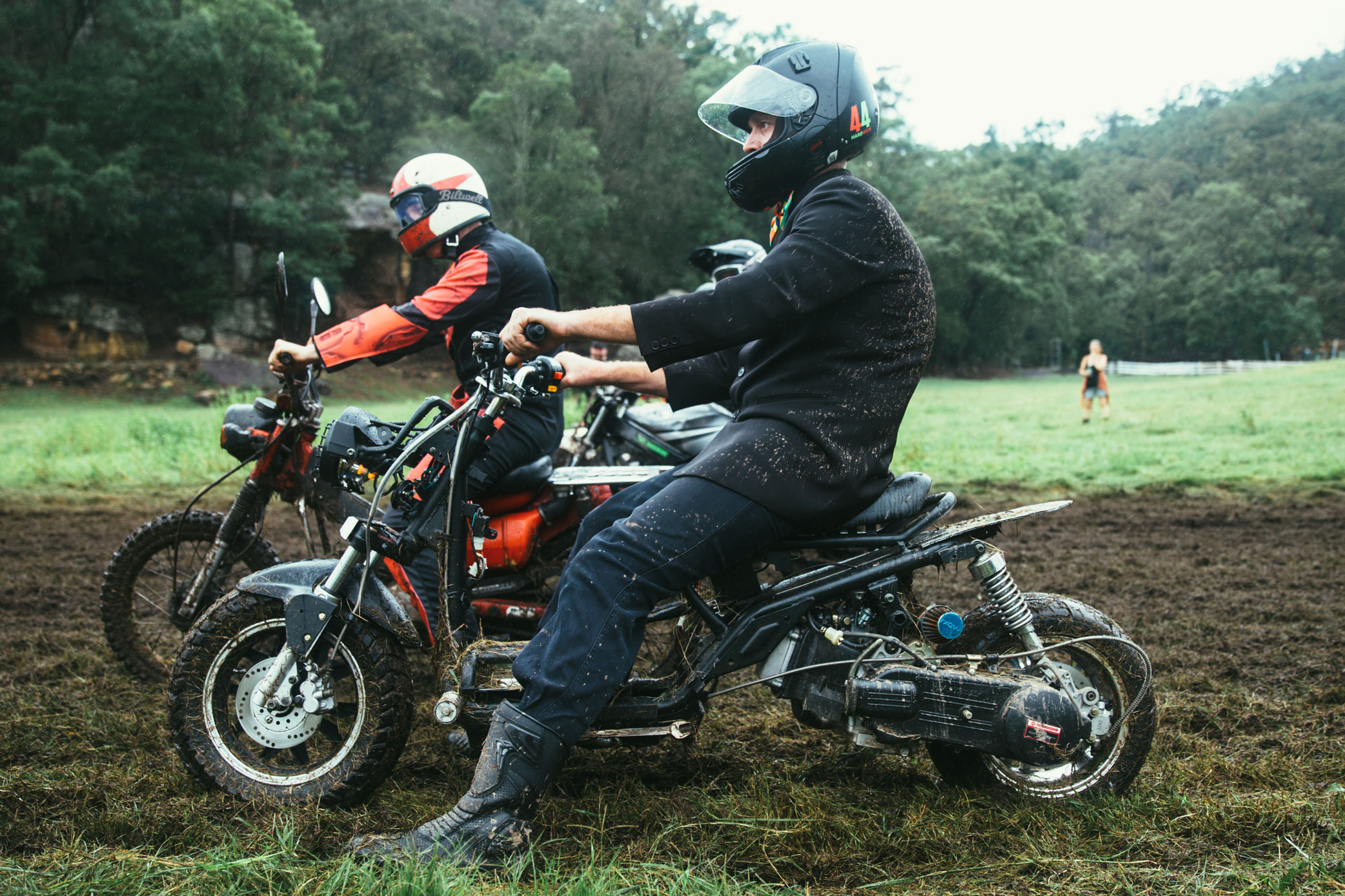 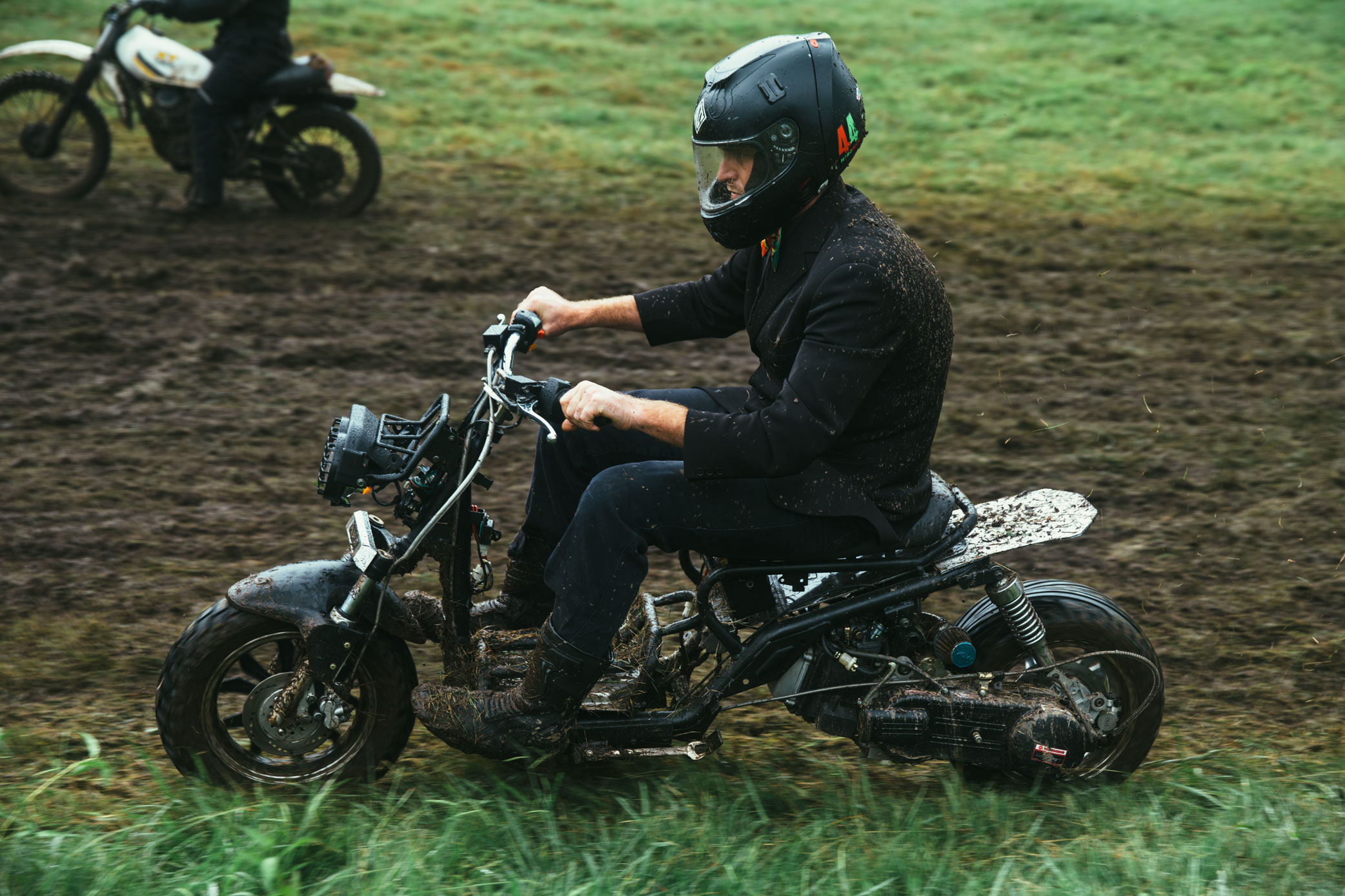 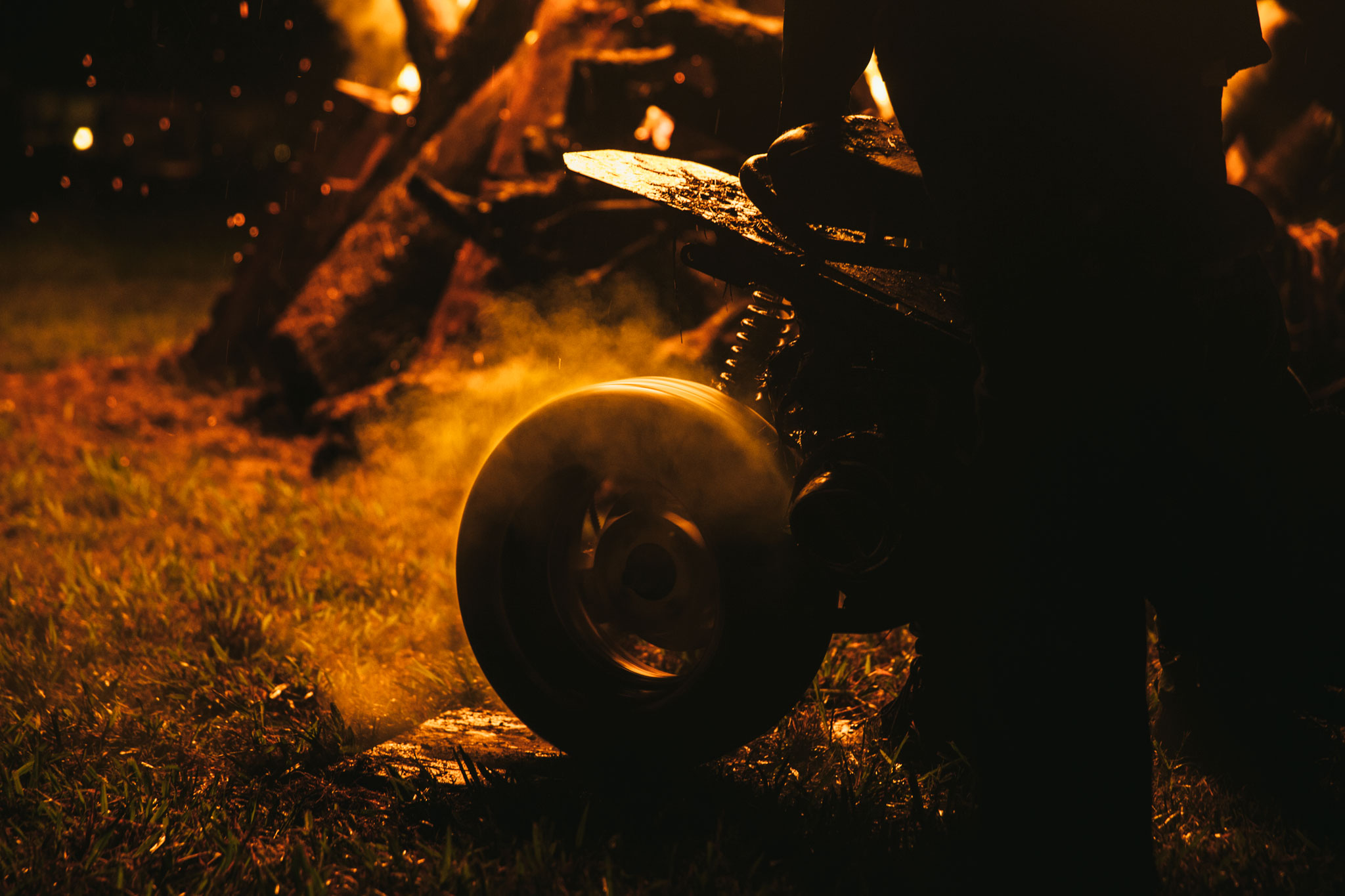 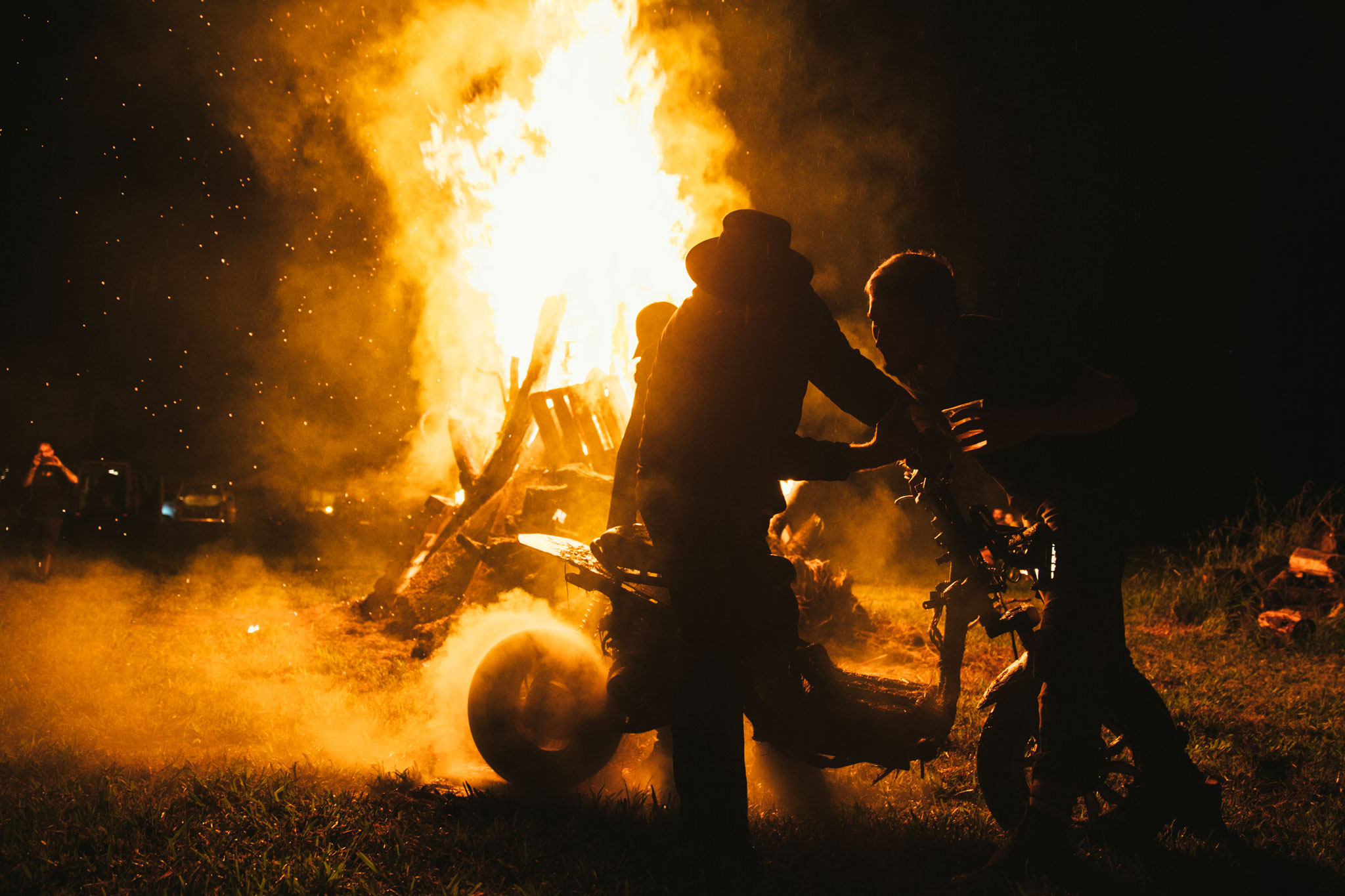