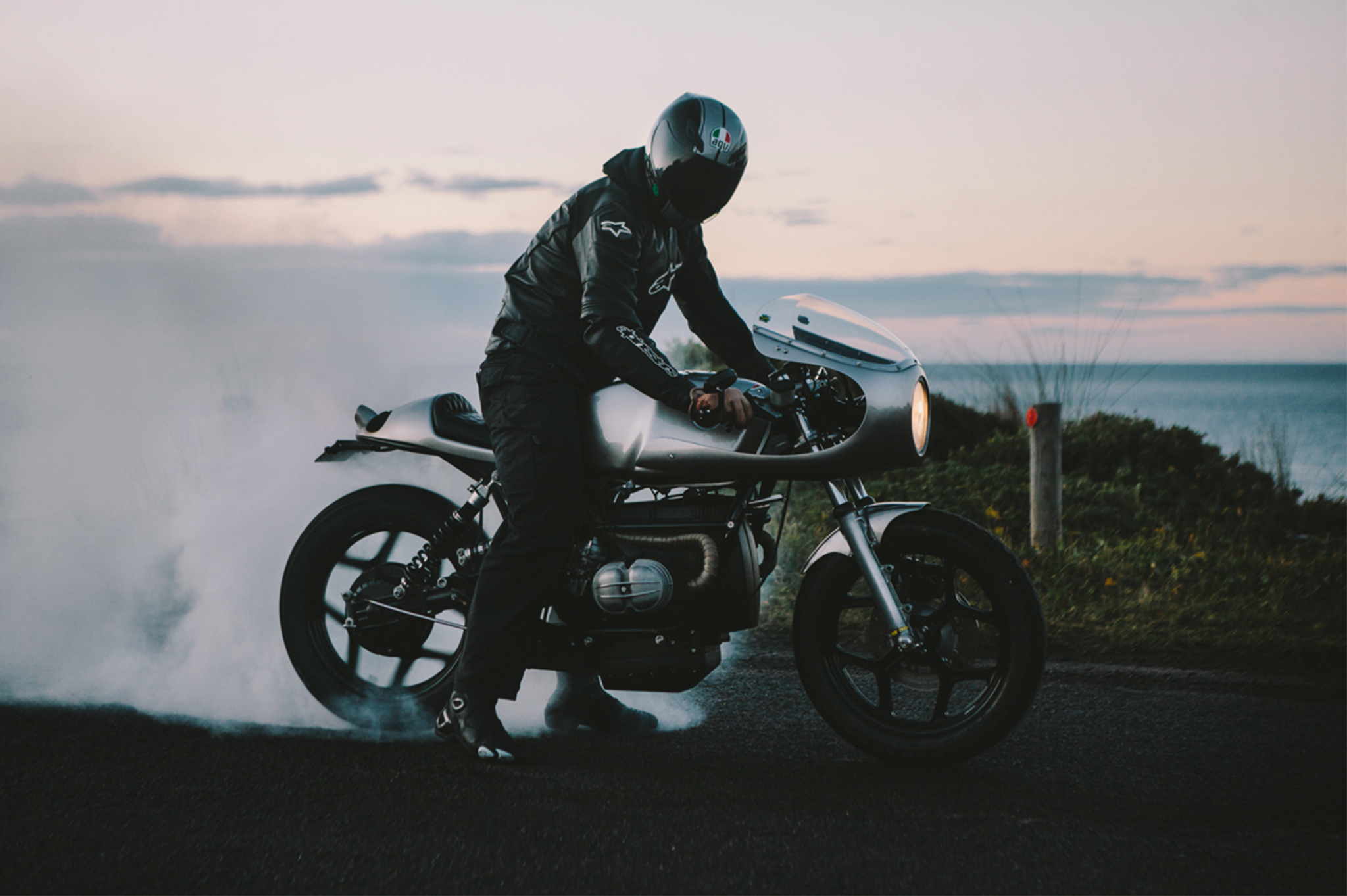 The beauty of motorcycles is that they can screech into your life at any moment, and 8 years ago that moment happened to Tony. In true Aussie tradition, his first bike was a CT110 Postie a mate of his picked up cheap at an auction. A license and 10 bikes later and the addiction has firmly taken hold. Starting and completing a motor mechanic trade straight out of school, Tony has been working on anything and everything as long as he can remember. 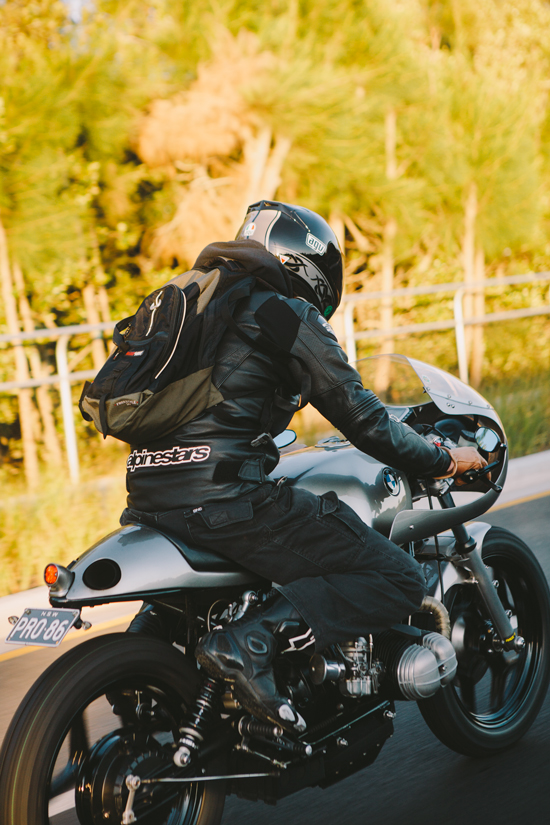 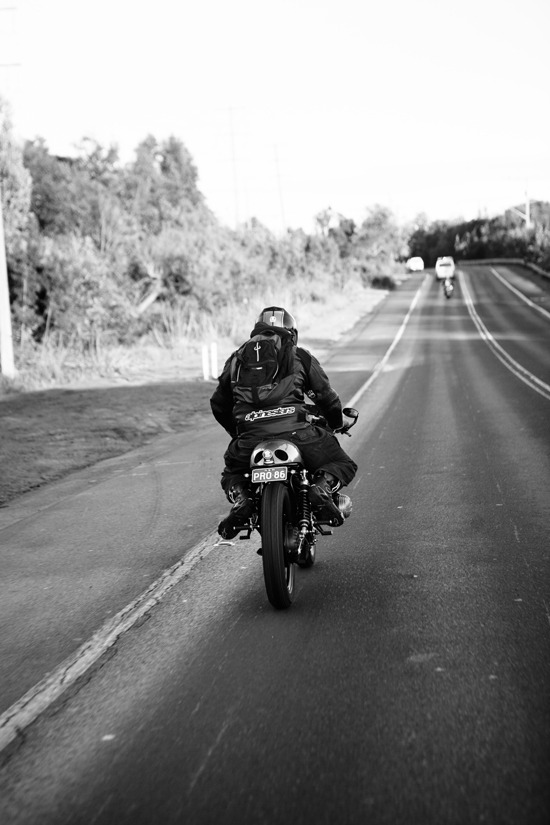 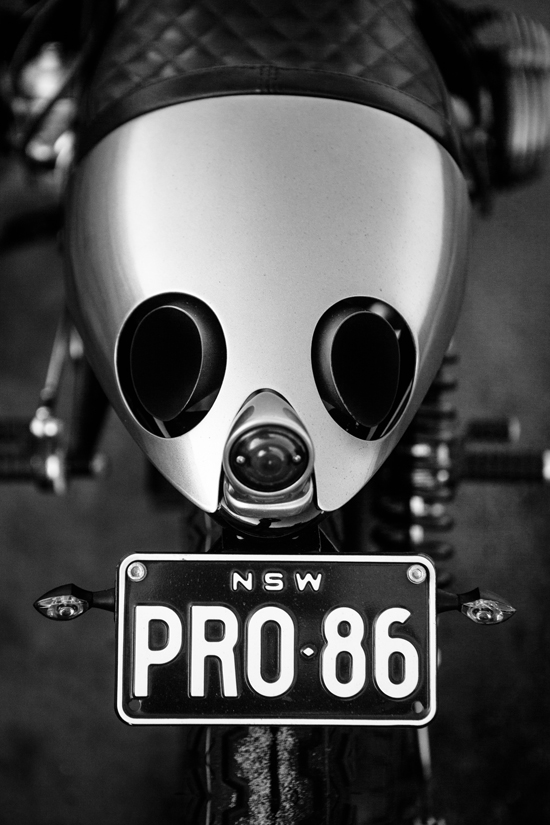 His current creation is a 1986 BMW r65 Café Racer, “I got the idea to do a BMW airhead when I visited the BMW Welt museum in Munich, after that i was hooked on boxers.” It’s a ground up rebuild/custom, having it all pulled down to the frame. All the unnecessary tabs, brackets and mounts were ground, filed or smoothed over in true Café Racer tradition. The result is something that is neat, sleek and nimble. 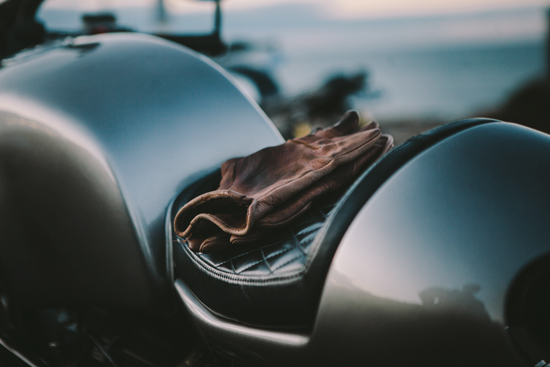 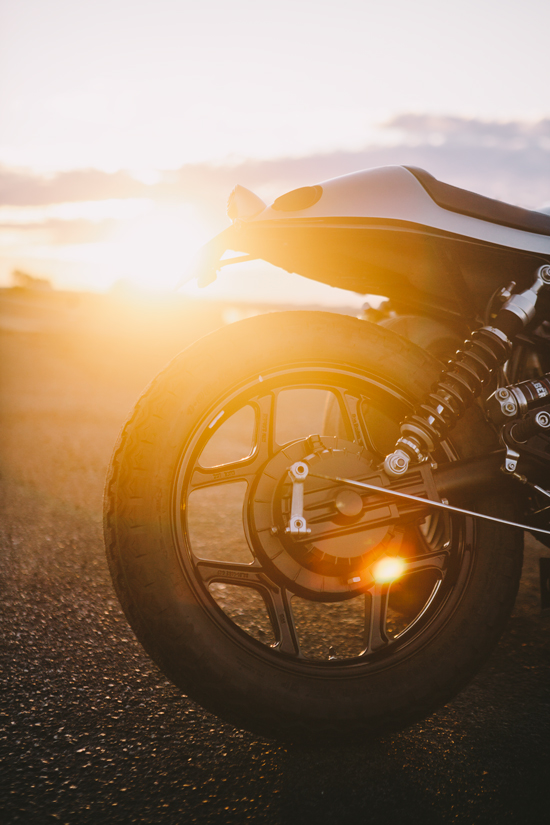 Having such a history working with motors and vehicles has afforded Tony the knowledge and skill to rebuild and replace everything on this bike. Once the frame was sorted, not a part on the bike was left unchanged, replaced or rebuilt. The bike had over 80 hours of fabrication work done to it at RB Racing, where Tony himself is currently working.

Some of the work that went on there included:

Once the fabrication was done, Tony worked towards pulling the bike down once more (statues of Saddam Hussein haven’t been pulled down as many times as this bike) and got to work getting everything painted and reassembled. There were a lot of long nights in the shed with the help from mates.

“The boxer was always going to be ridden hard no matter what, I wanted to set up an aggressive riding position from seat to bars, and seat to pegs. Since I’ve always had an interest in race bikes from the past and present, I wanted to create a bike that was a throwback to a classic racer style with the upgrades and modern take on style and function. This can be seen in the custom exhaust system which exits out of the rear body work, by far my favourite park of the bike”

The bike is running with front Racetech suspension and Wilbers Type 631 Competition rear shock with remote reservoir so not only will the bike mimic sensibilities of an old school race bike, but will also perform well when the bike is being blasted through local backroads. “I also wanted to run the best possible tires on this bike, trying Pirelli Sport Demons first and then moving over to the Dunlop K81 TT100 which I liked better”

While Tony hasn’t got a new custom project on the board at the moment, he spends the rest of his time racing and maintaining his Honda RVF400 race bike. “Its always an ongoing project where I am looking to squeeze the most out of the bike and myself every lap, or I will break myself in trying” 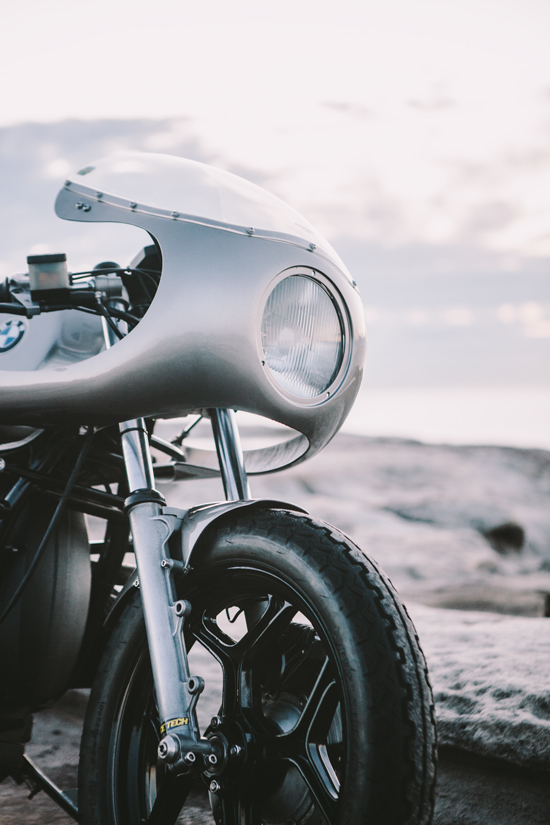 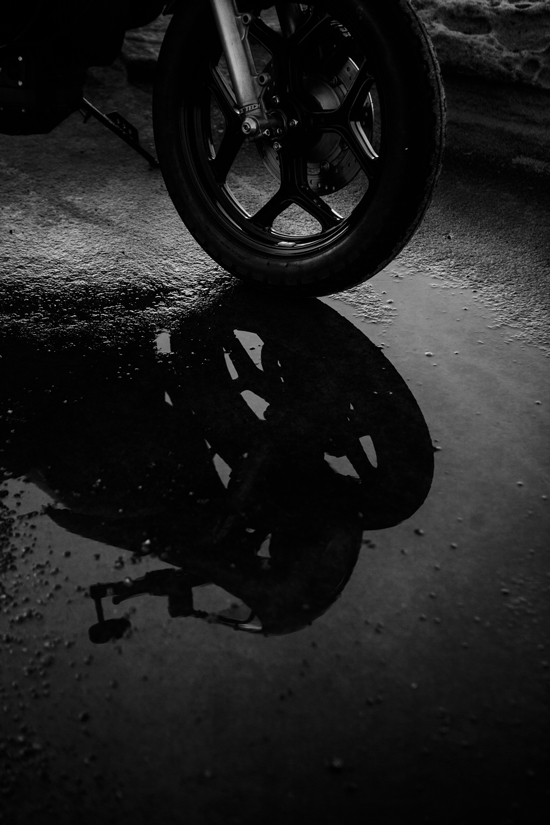