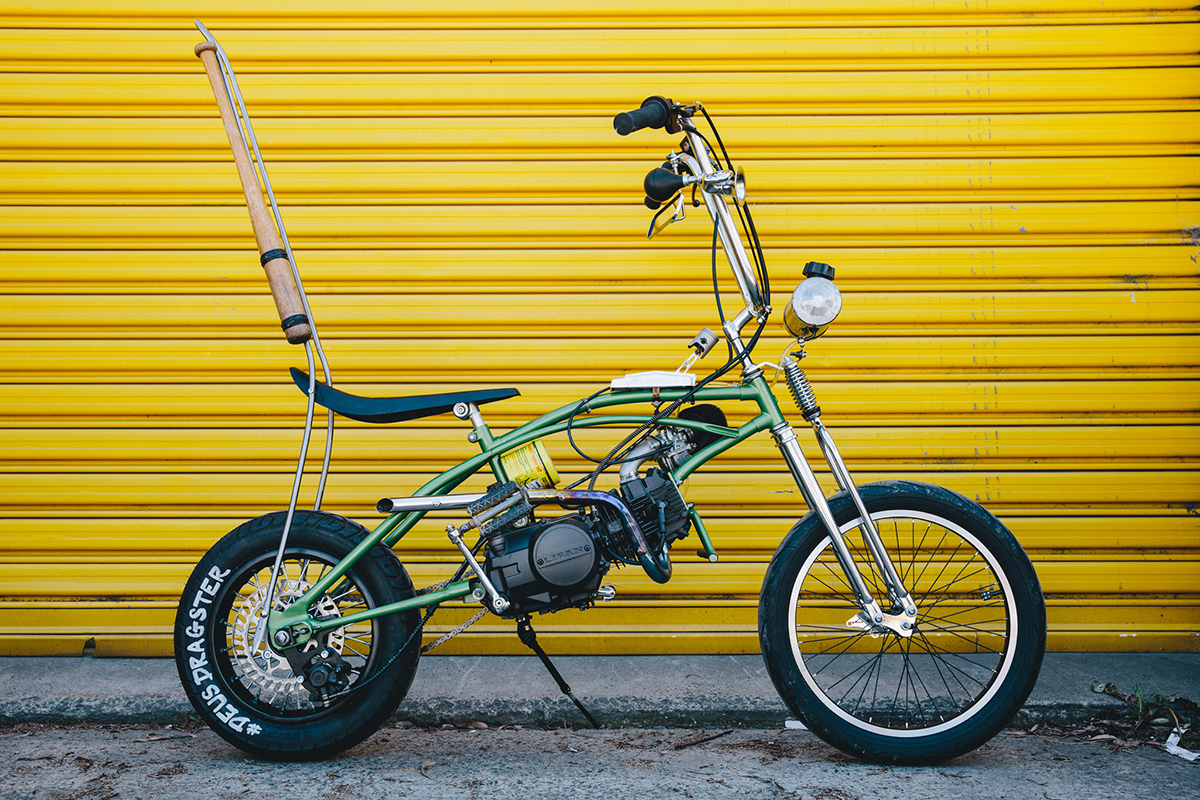 If you grew up in the ‘70’s, chances are you owned, or at least begged your parents for, a Malvern Dragster. The Melbourne built bicycles were a hit across streets Australia wide. Now, decades later, Troy will be reliving some old memories and building new ones with his Deus Bike Build off entry – The Deus Dragster. 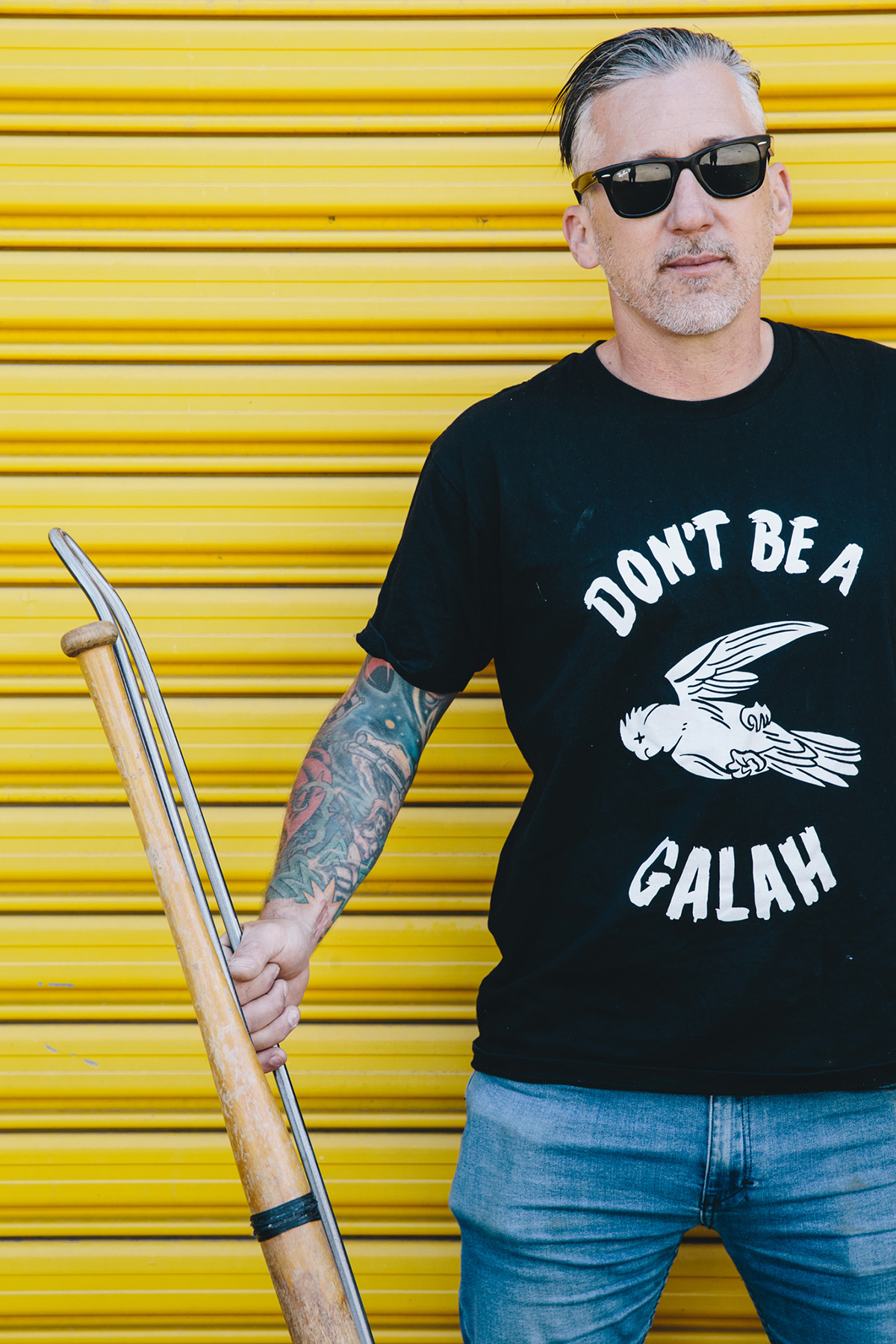 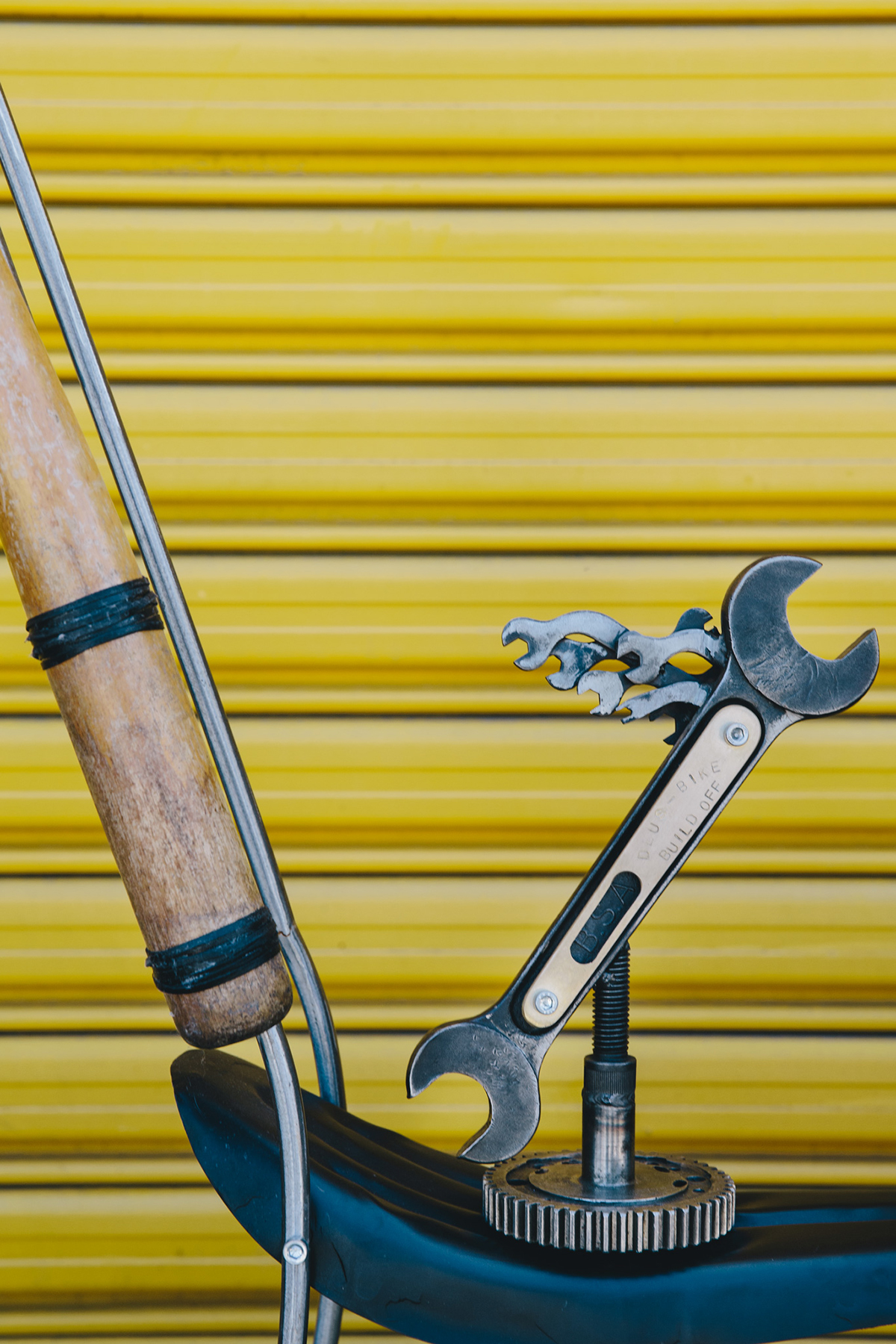 You could say these old Wheelie pushbikes were where it all started for Troy, as he and his mates would customise and tinker with their Dragsters as kids. It was 12 years ago that Troy would pick up this bike in particular, with the intention of restoring it to its original glory for his Son to enjoy. However, like many projects we all take on, the bike instead sat in his garage collecting dust. Neither Restoration nor neglect would be the fate for this Aussie staple, and soon it would be pulled out of the garage and brought to the communal workspace ‘The Rusty Burrow’ to begin its new life. 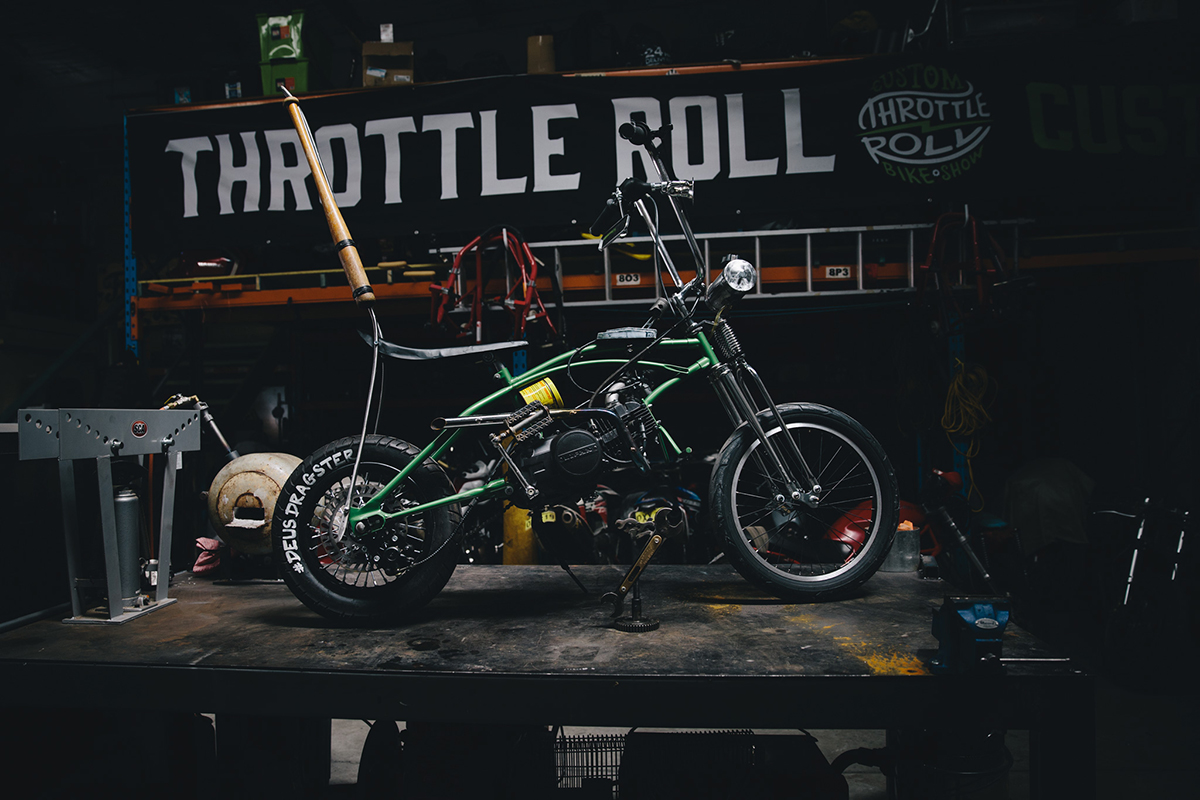 Initially the bike was to be a build for Aftershock 2017, however the pace of the project soon evolved into an entry for this year’s Deus Bike Build Off. The plan: Modify the frame by installing a 125cc pit bike engine, which in turn would become part of the frame. This little bike was about to get a good amount of chutzpah. “I chopped the end off an old pit bike and made a whole new rear end to the Dragster frame. This meant that I had to widen the rear frame to 180mm to allow the pit bike rear wheel to fit. There was a lot involved to make sure that the engine sprocket lined up with the rear sprocket. I then had to also fabricate the frame to fit a rear disc brake.” 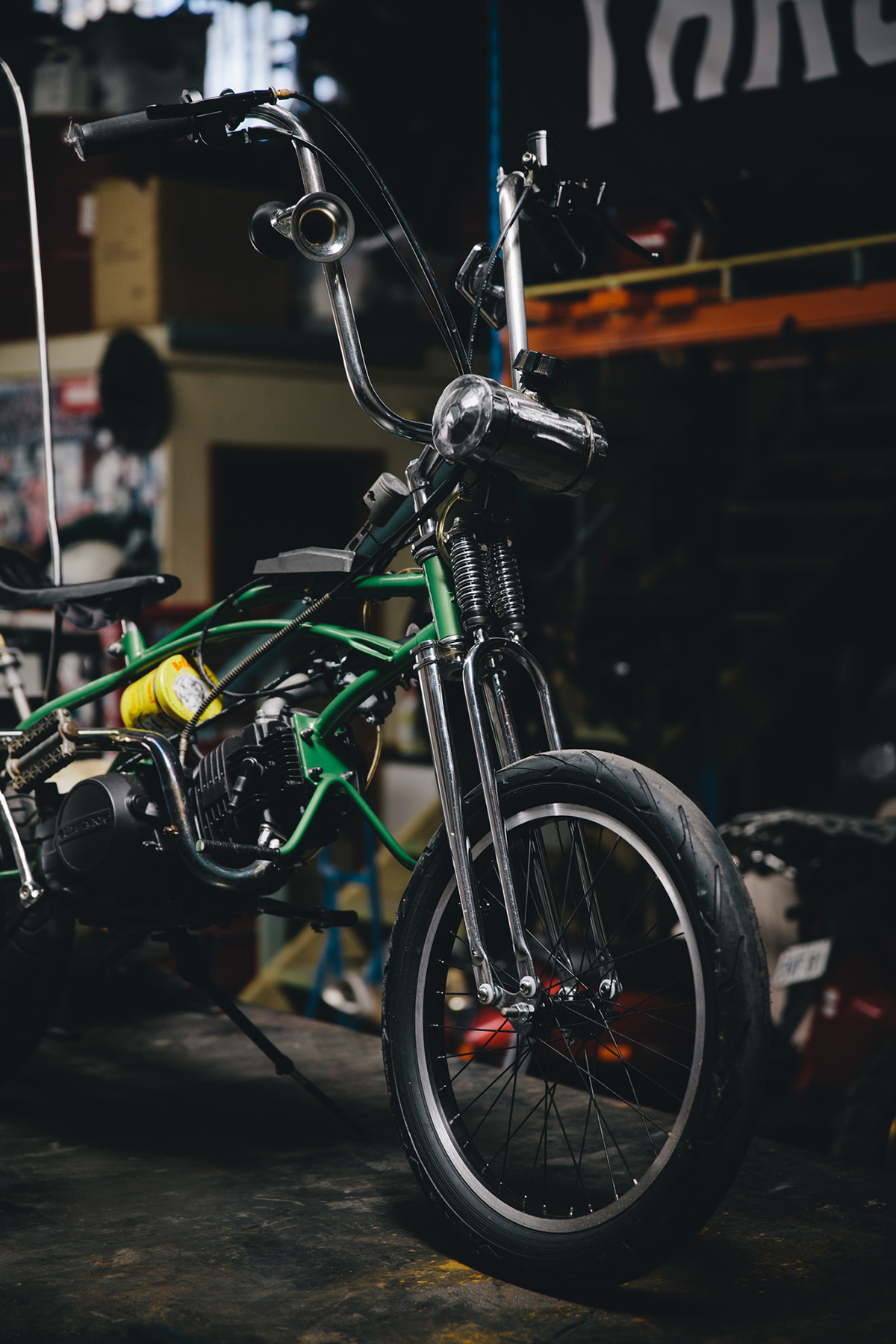 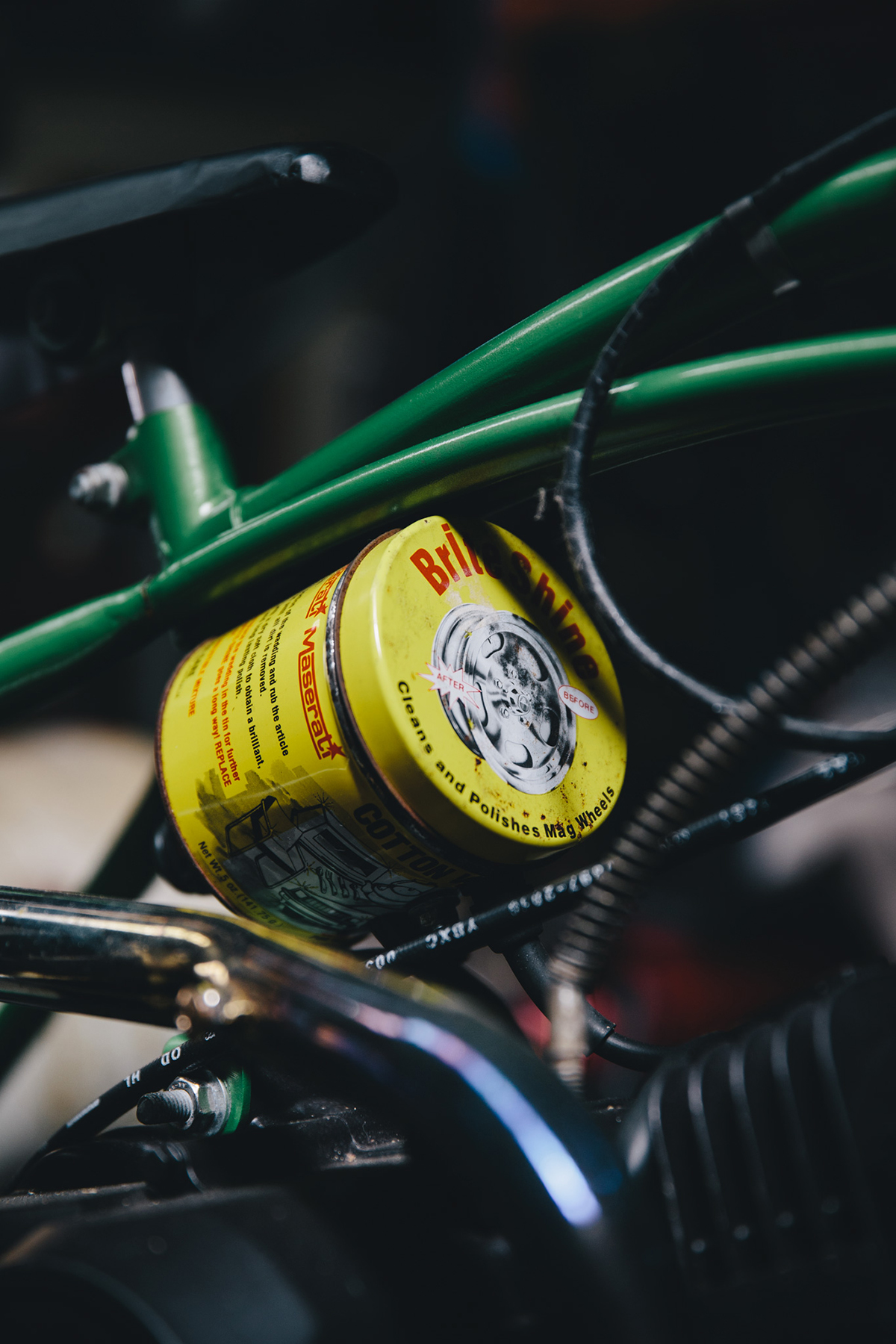 With it’s glorious 125cc engine now fitting into the frame, it was time to fabricate a rear sissy bar, foot pegs and also a fuel tank. “Initially, I had an old Victor Lawn Mower fuel tank but that was lost in the mail. So with only 2 days until the build off, I had to fabricate one using a piece of round pipe with 2 pipe end cuts on each end of the pipe. I was really happy with the final result so I decided to attach the fuel tank to the springer front end to give it that old 1950’s gasser drag car look.” 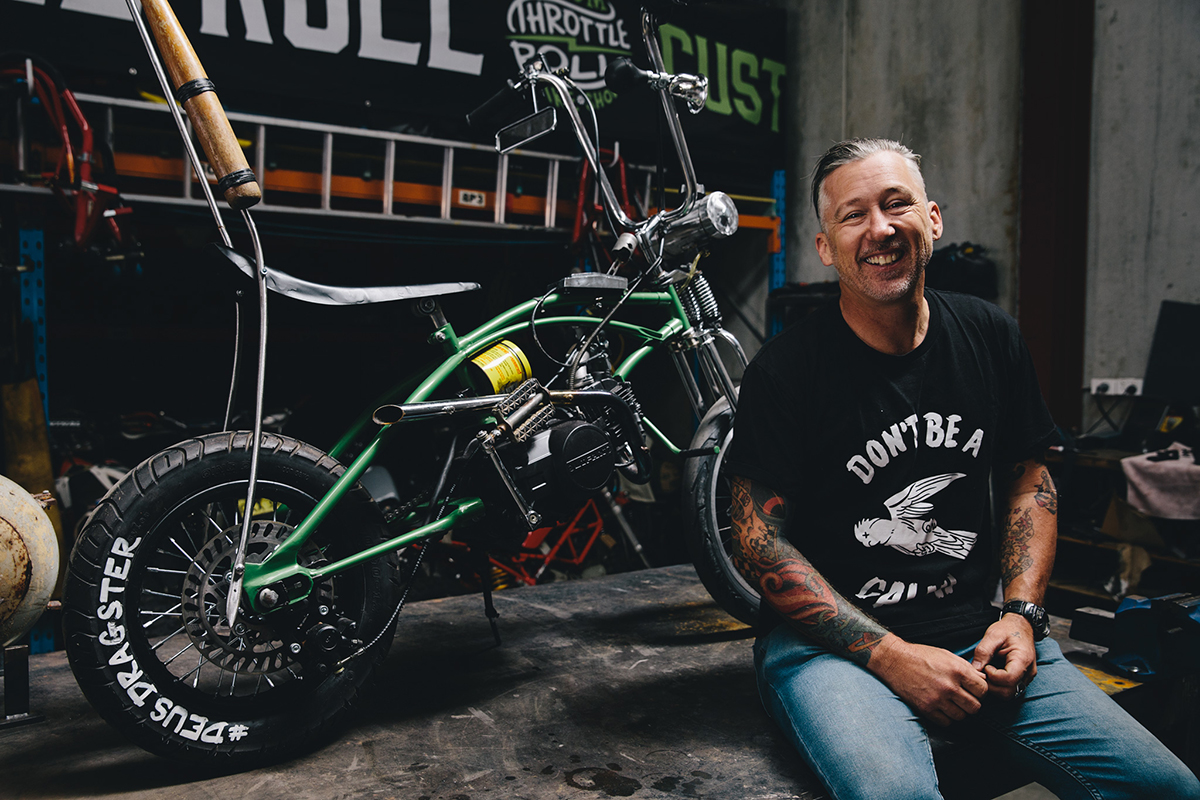 The final form of this lightweight rude machine was taking form. With the small, lightweight frame of the Malvern paired with the 125cc engine, it’s got a pretty delicious power to weight ratio. You’ll have no problems doing your Saturday afternoon beer runs or zipping out to check the surf with this nostalgia machine on steroids. “Once the bike was altogether, I added some fun pieces like a mirror, horn, and a piston 3-speed gear shifter which was connected to the engines choke. To top it off, a kid’s baseball bat to the sissy bar was added to fend off pesky Taxi’s and so The Deus Dragster was born!” 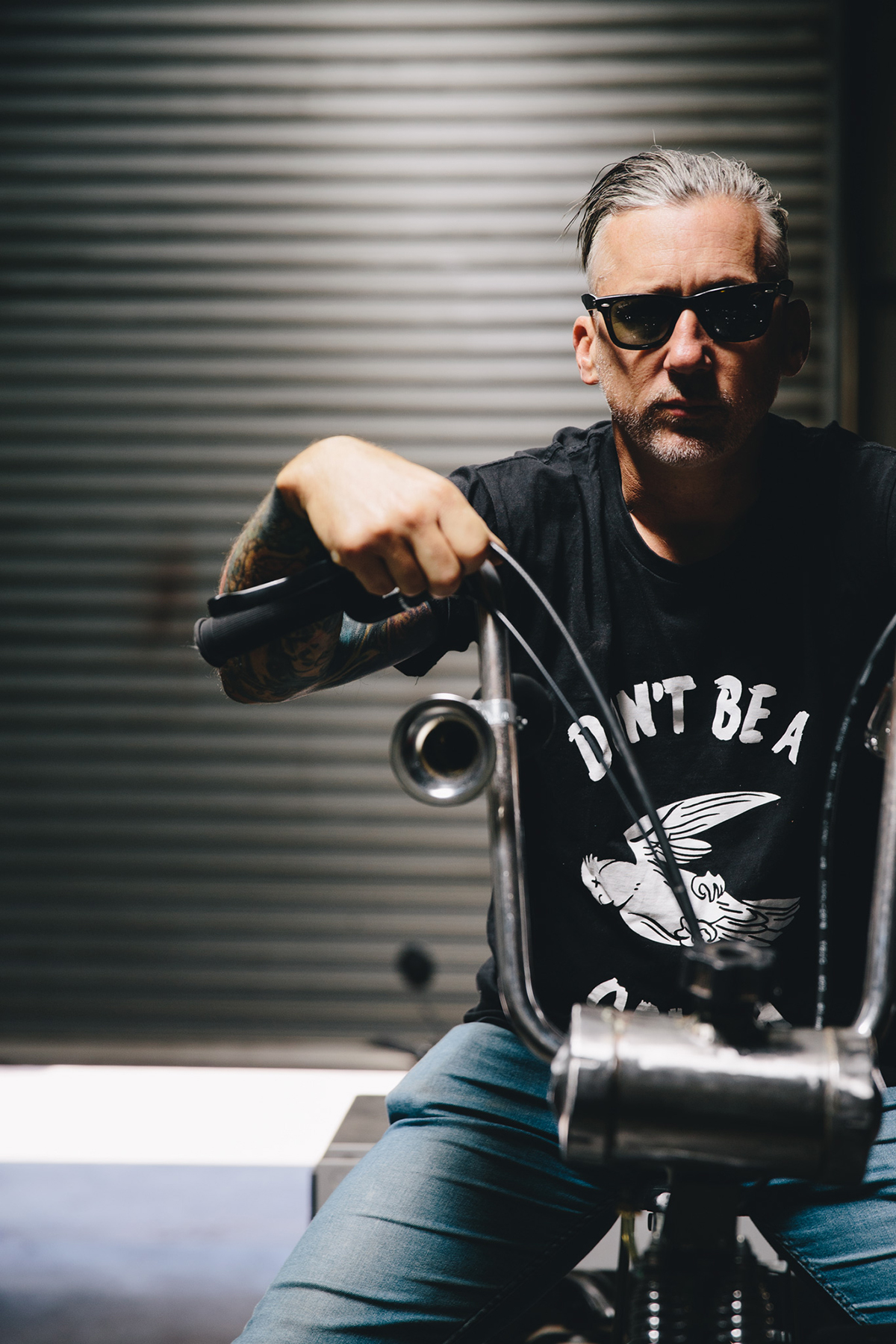 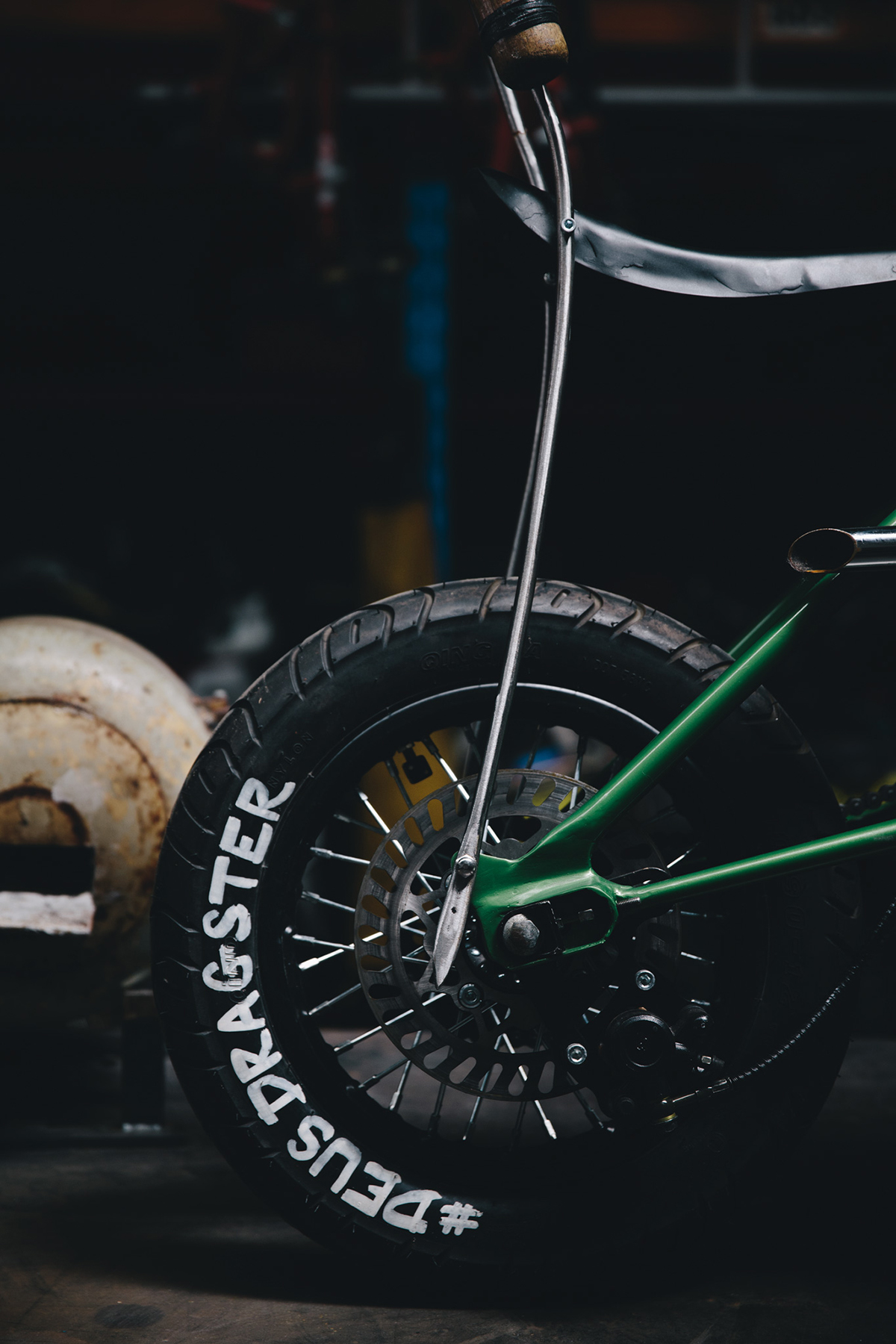 “The bike was now completed and running, so I took it for a test ride but only managed to get it into 2nd gear as it wanted to pull wheelies. This thing is scary to ride; it’s all power and no weight! Also, I didn’t want to crash it before the start of Deus Bike Build Off.” 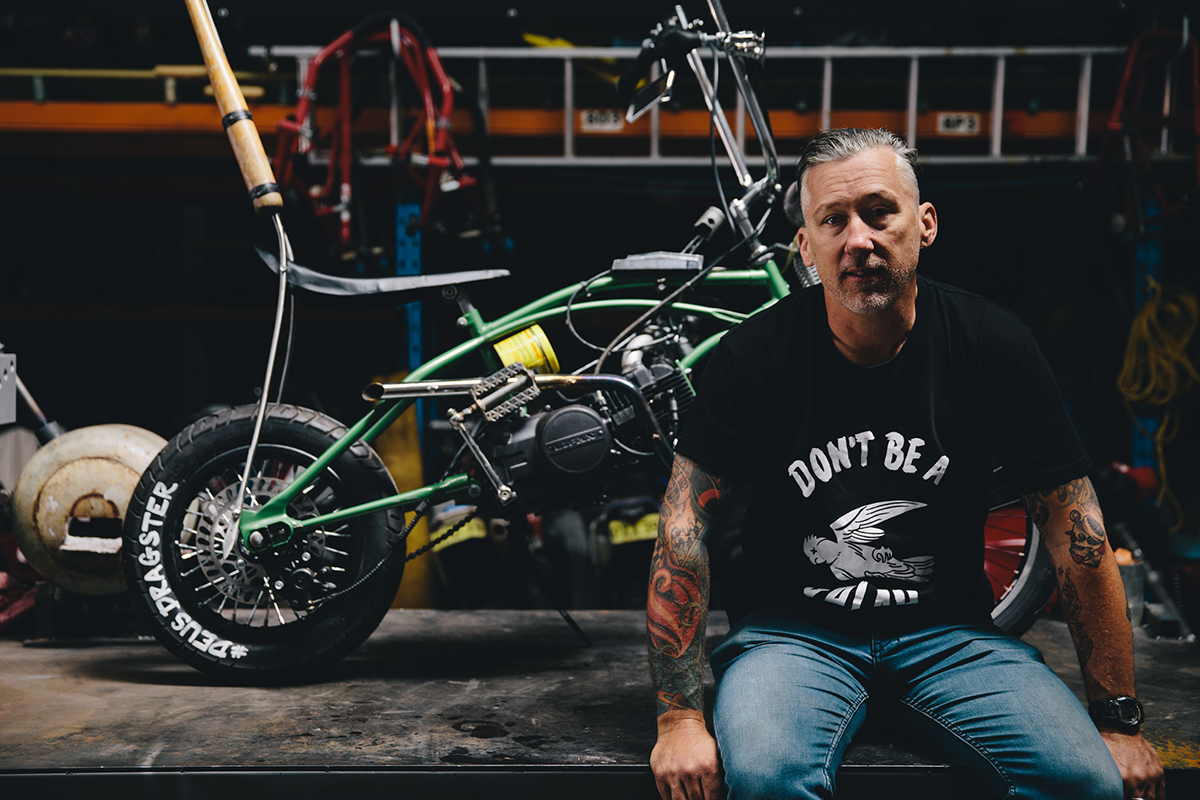 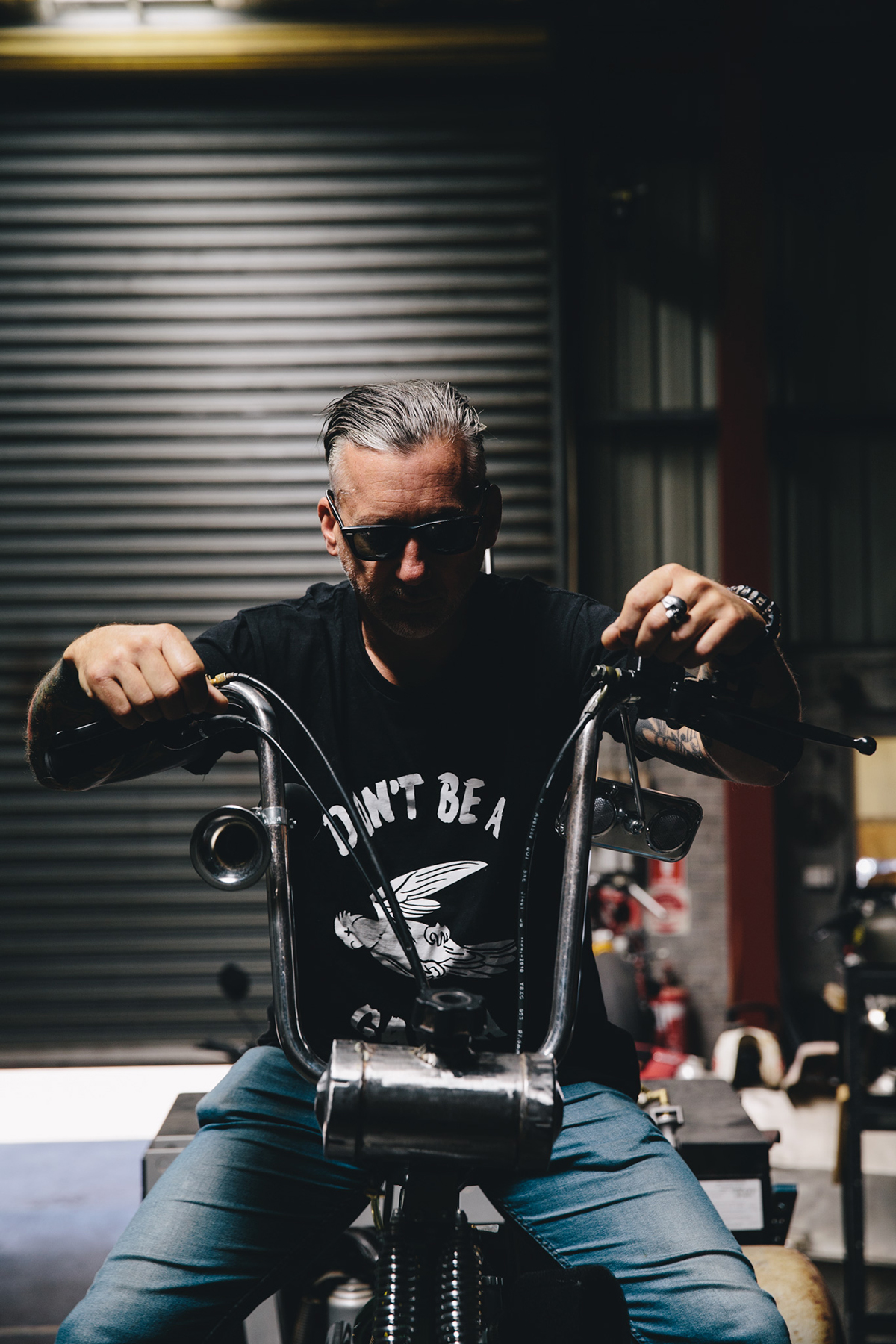 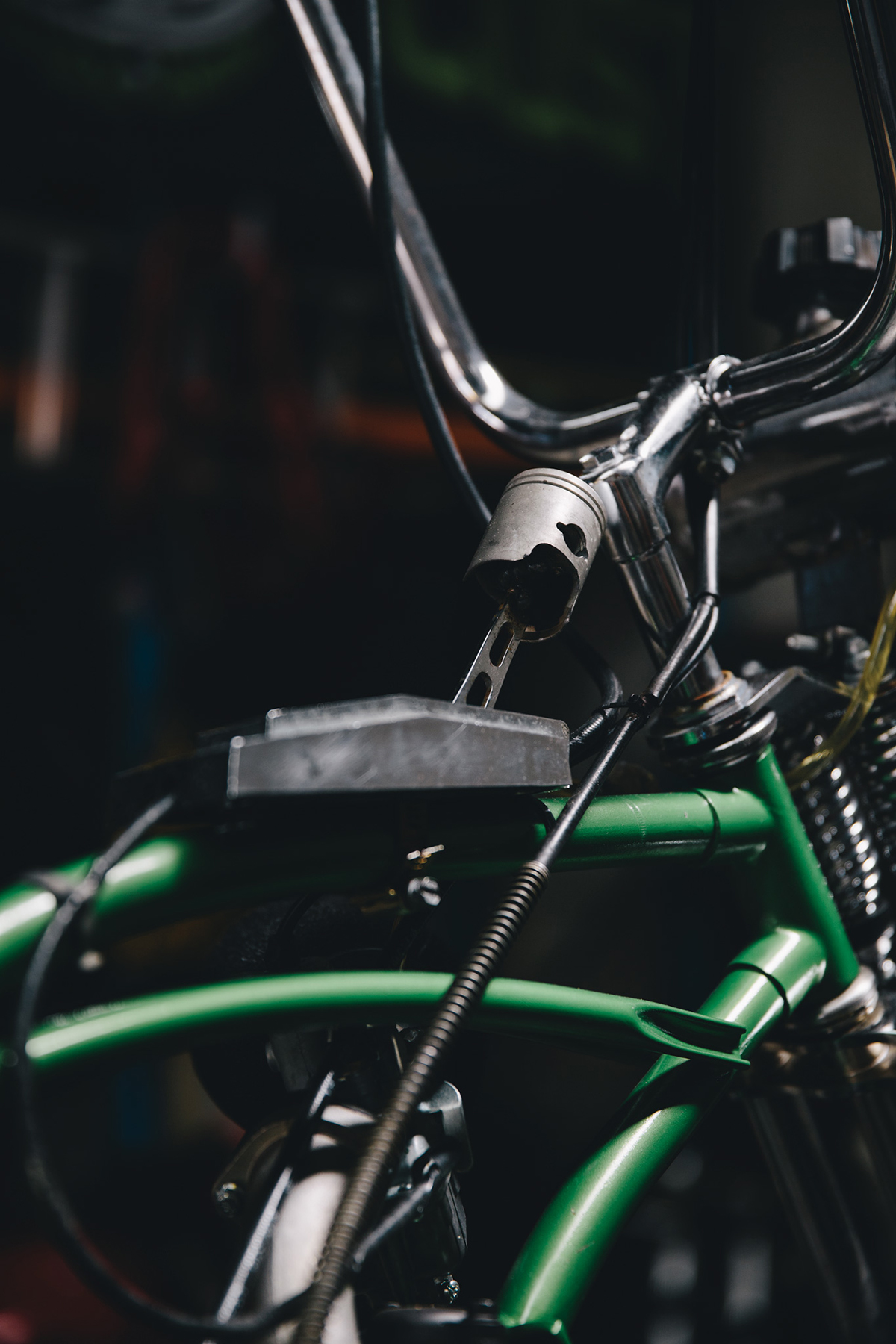 And so one fine gleaming Saturday, the Deus Bike Build Off was on in full swing down by the shores of Bondi Beach at the Bondi Pavilion. Here, talented and creative bike builders and wrenchers showed off their handy work in creating some unique machines. Troy’s efforts would not go unnoticed, which is hardly surprising. “My bike took out the People’s Choice Award which is in honour of the late Mick Birchall. Mick epitomised the Bike Build Off spirit and would have absolutely loved this machine. He entered a bike each year to the Deus Bike Build Off, but sadly passed away before he could complete the build for this year. The award was kicked off with a few words from one of Mick’s childhood friends, Paul Edwards. Mick’s wife, Jen, and their three children then presented the award. 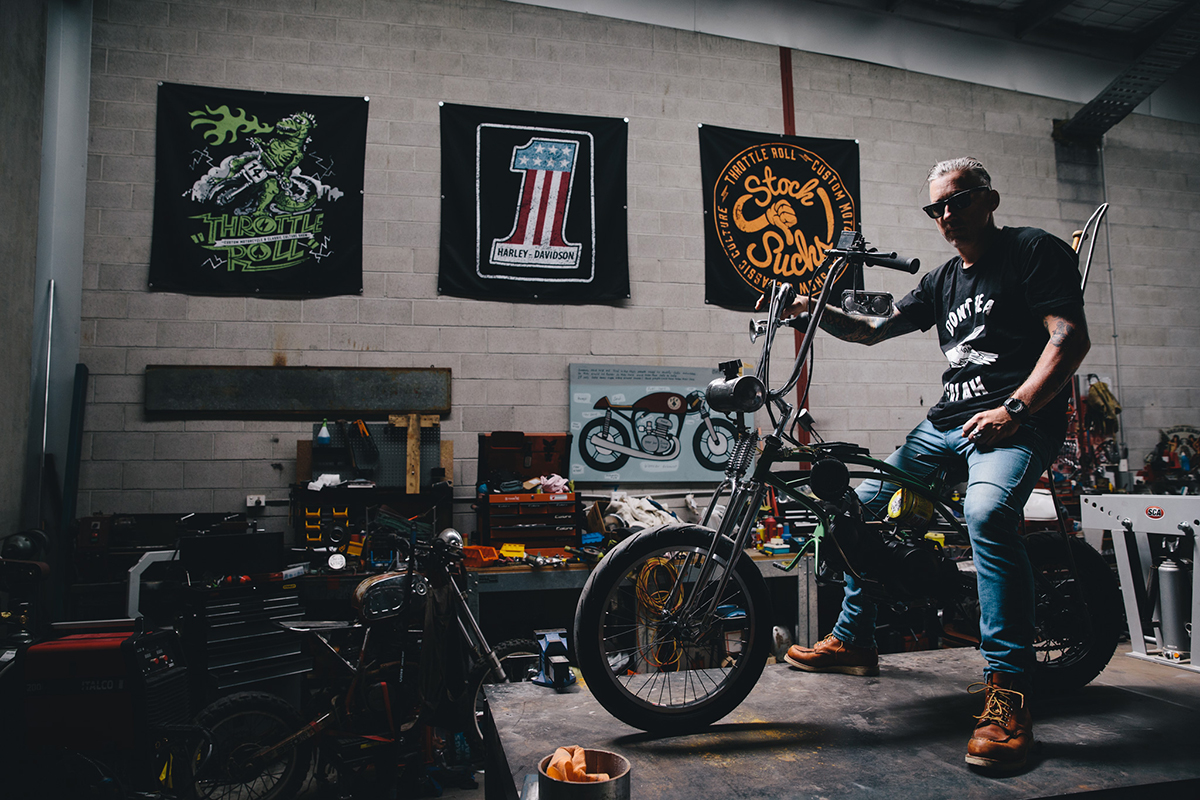 “It was a great honour to receive this award – I was totally stoked! I made a promise to everyone that if I won an award I would do a burn out on the Dragster.  I kept that promise, although me and the bike almost ended up on some guy’s car bonnet after the bike got away from me… haha!”

If you love Troy’s bike, you too can vote for it HERE 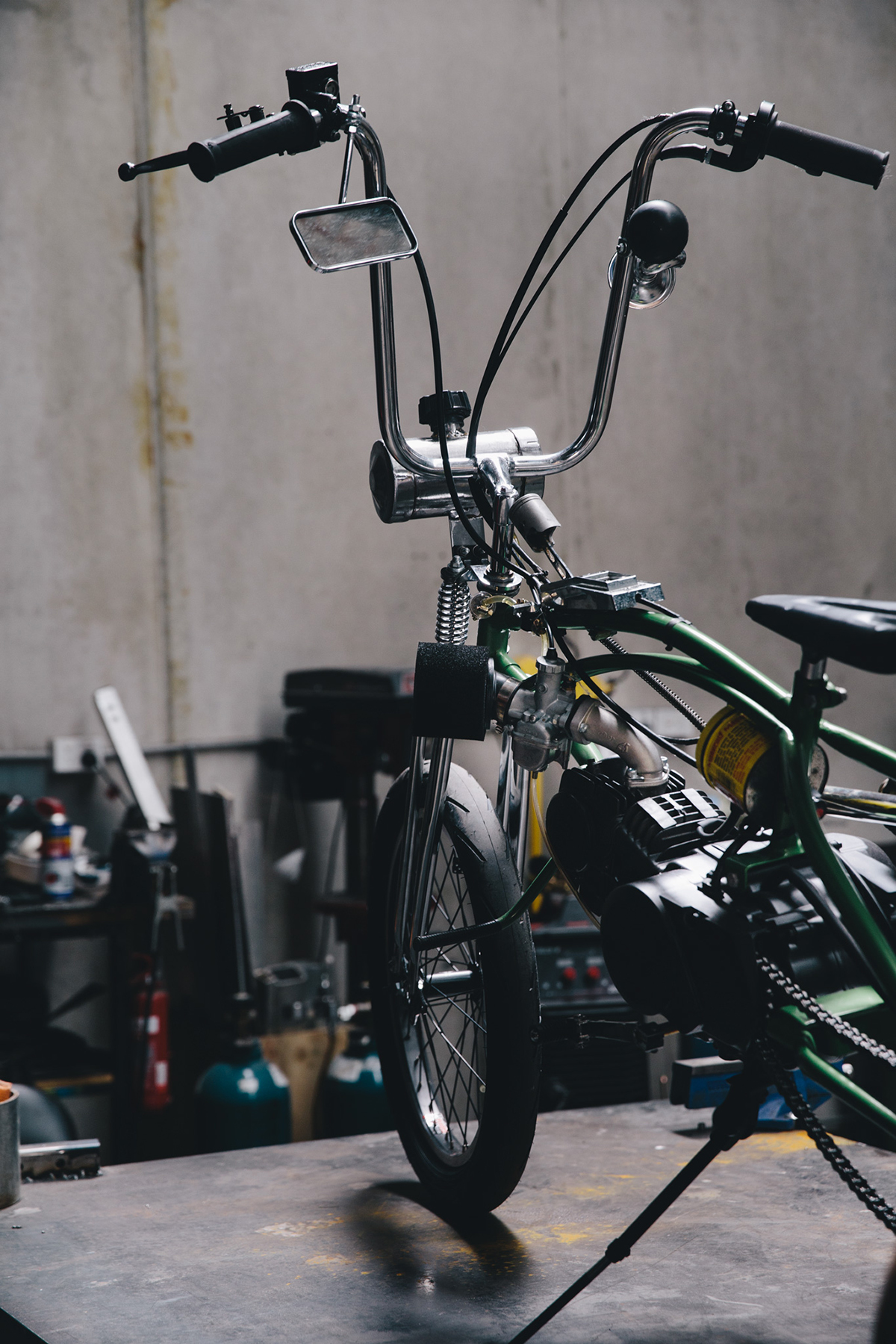 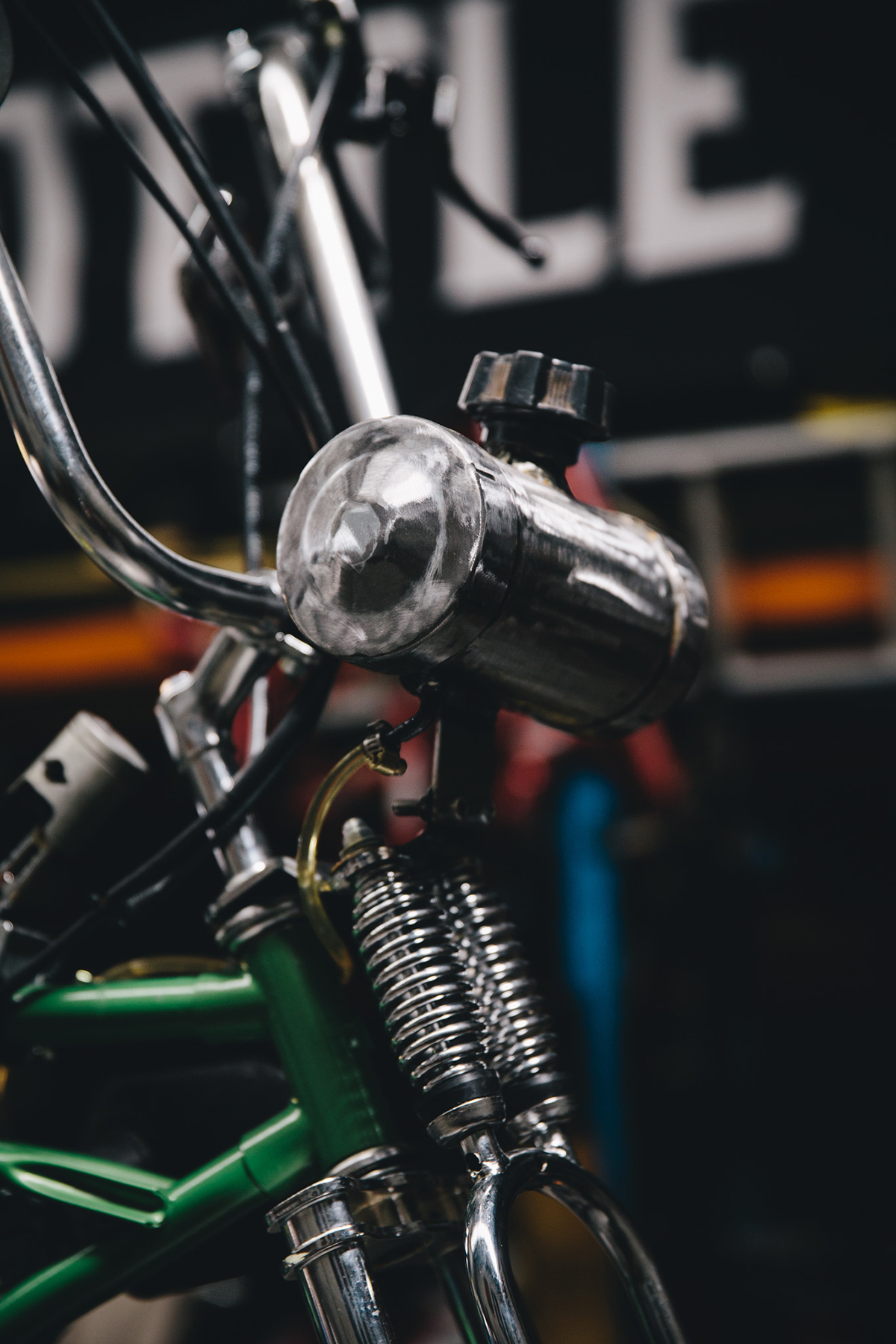 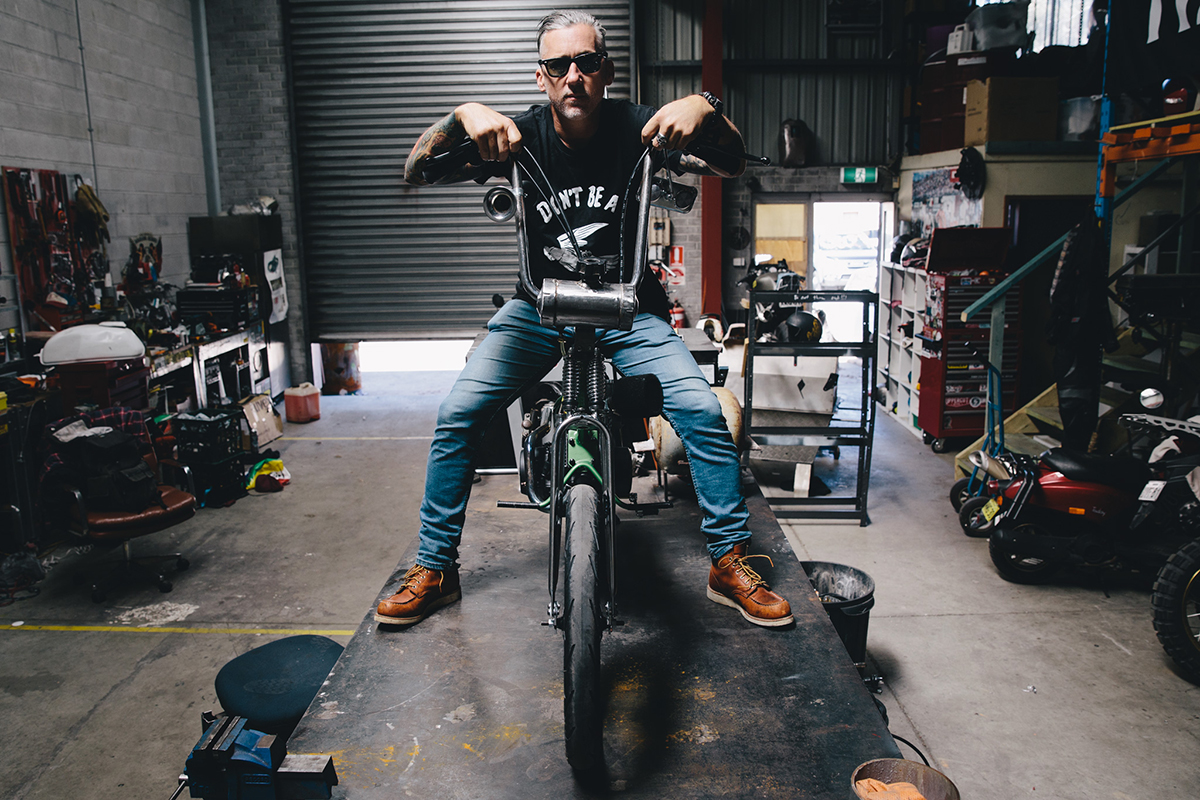