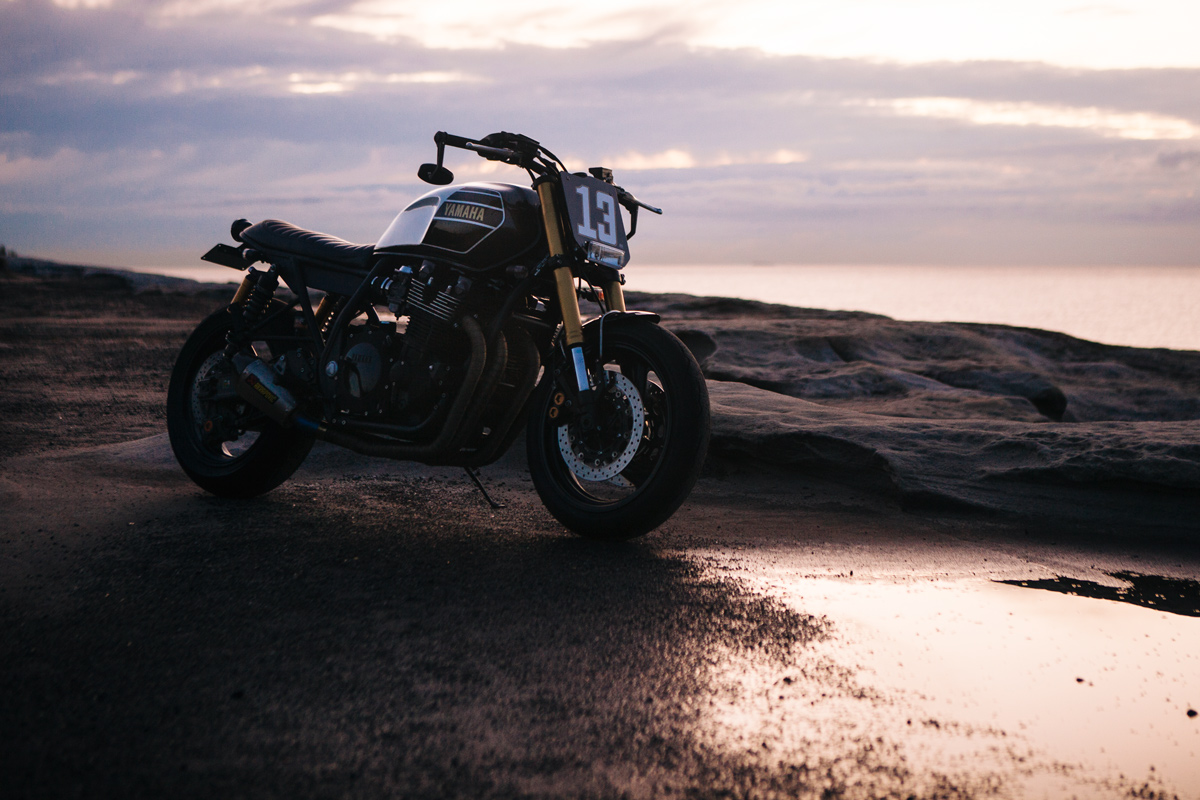 Witnessing Harley Borkowski’s riding and builds, you’d think he’s been on 2-wheeled beasts since conception. But apparently that’s not the case. Working as a mechanic in a Ford dealership when he was 22, he got his licence after mates of his were riding as well. This wasn’t a sudden spark into the bike world however, and like most of us Harley got his first fix when he was about 10 years old, pouring through bike magazines he discovered the 500 Grand Prix racing. He loved what he saw and was stuck for life. 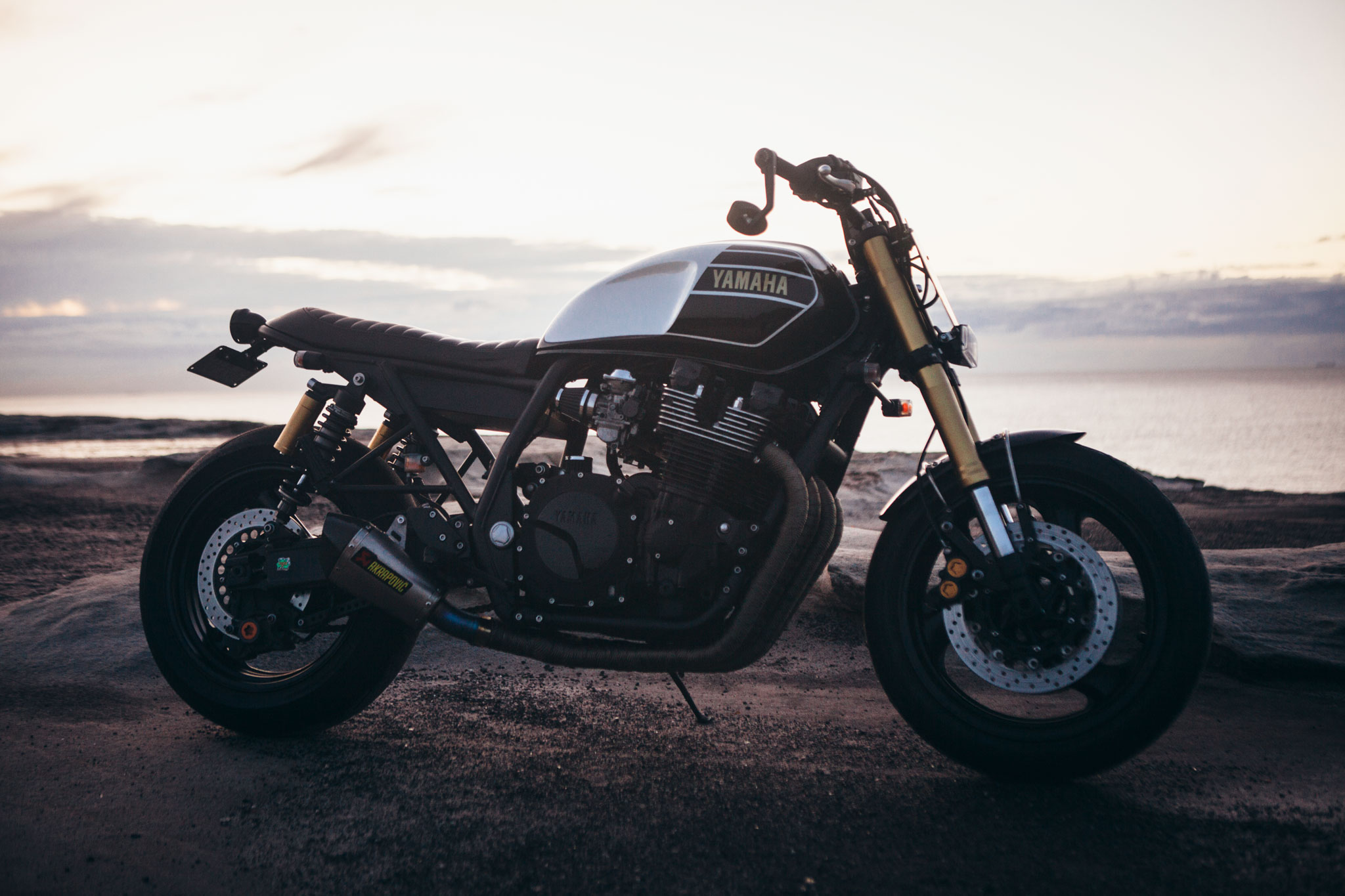 His current build is a Yamaha XJR1300, and it’s got great balance in both its style and performance. Harley found his inspiration in this bike from few places; when they released the XJR1300SP in 2000, with the Kenny Roberts paint job – “I loved it, and really wanted one, but couldn’t afford it at the time. When I decided to build myself a bike I was really into the Tracker look, and I thought an XJR would be perfect for it. The tank, the frame and the engine had the look I was after, and it fulfilled an idea from long ago to have one.” 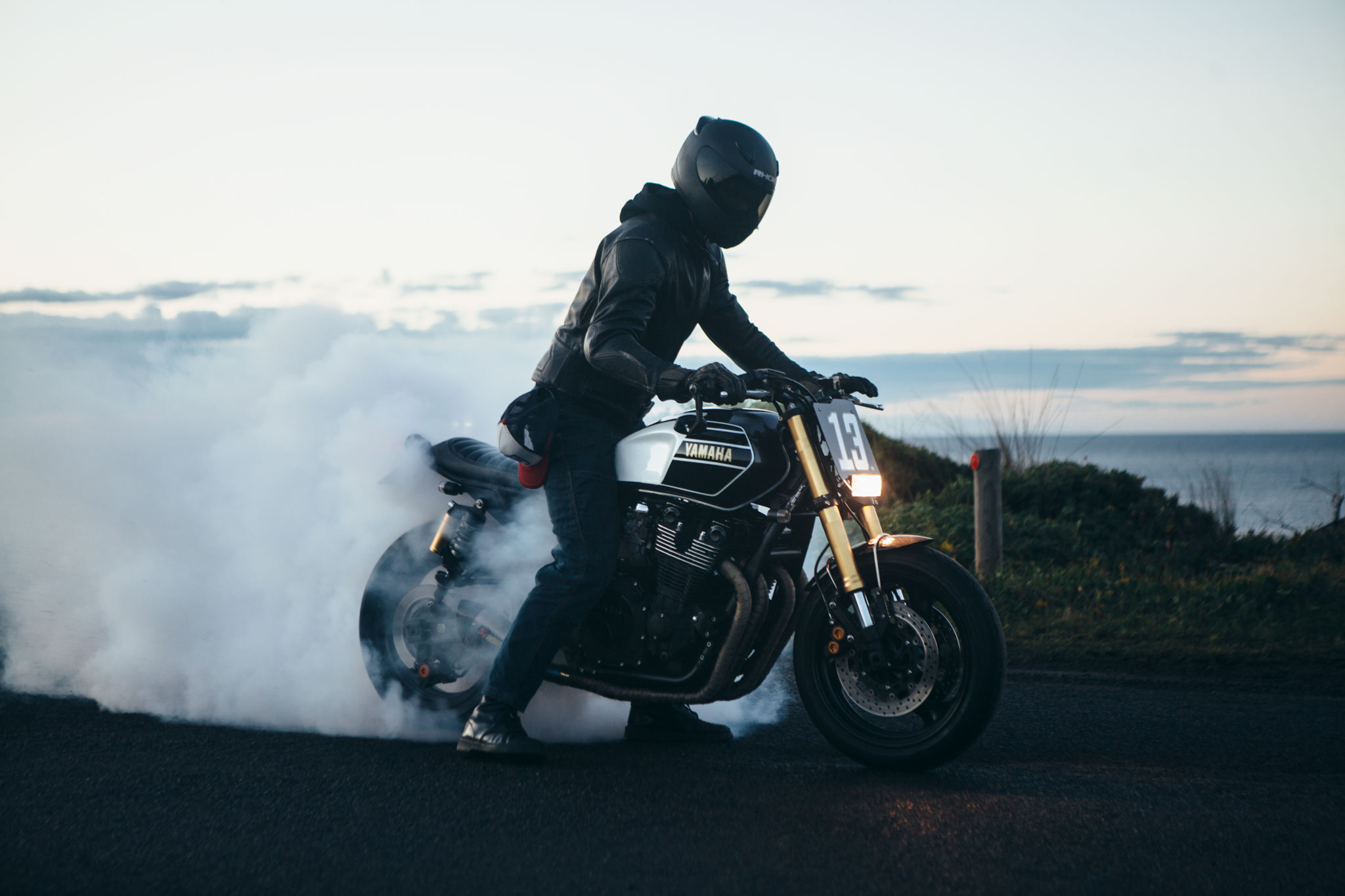 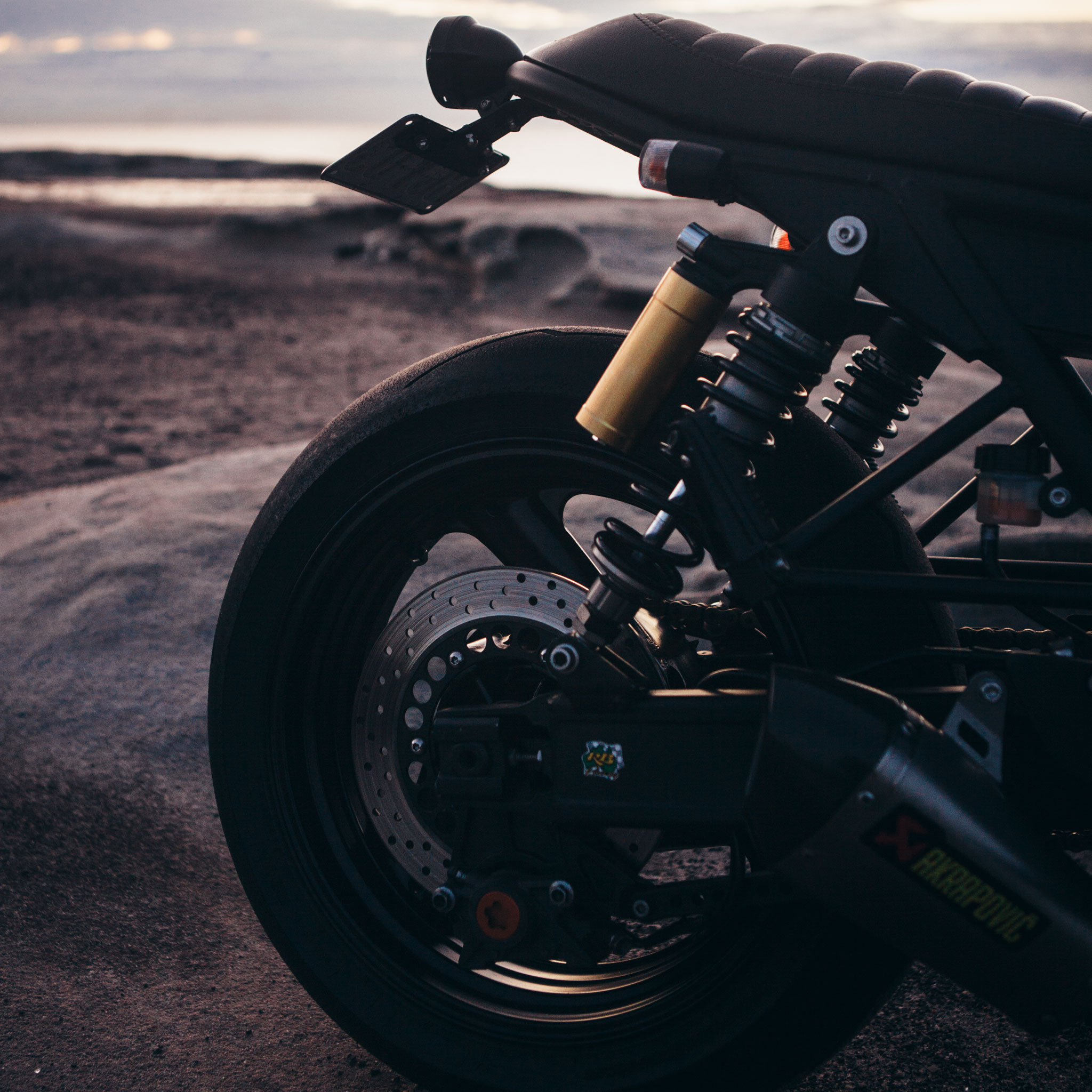 The style and position of this bike, along with the work Harley has done to it means it’s an incredibly versatile ride. The bike will happily take you down to Melbourne and back, stopping at drag tracks along the way. “My favourite part of that bike is its engine. It lays out the power so easily, it’s smooth when you want to cruise around, and it’s an animal when you want it to be” 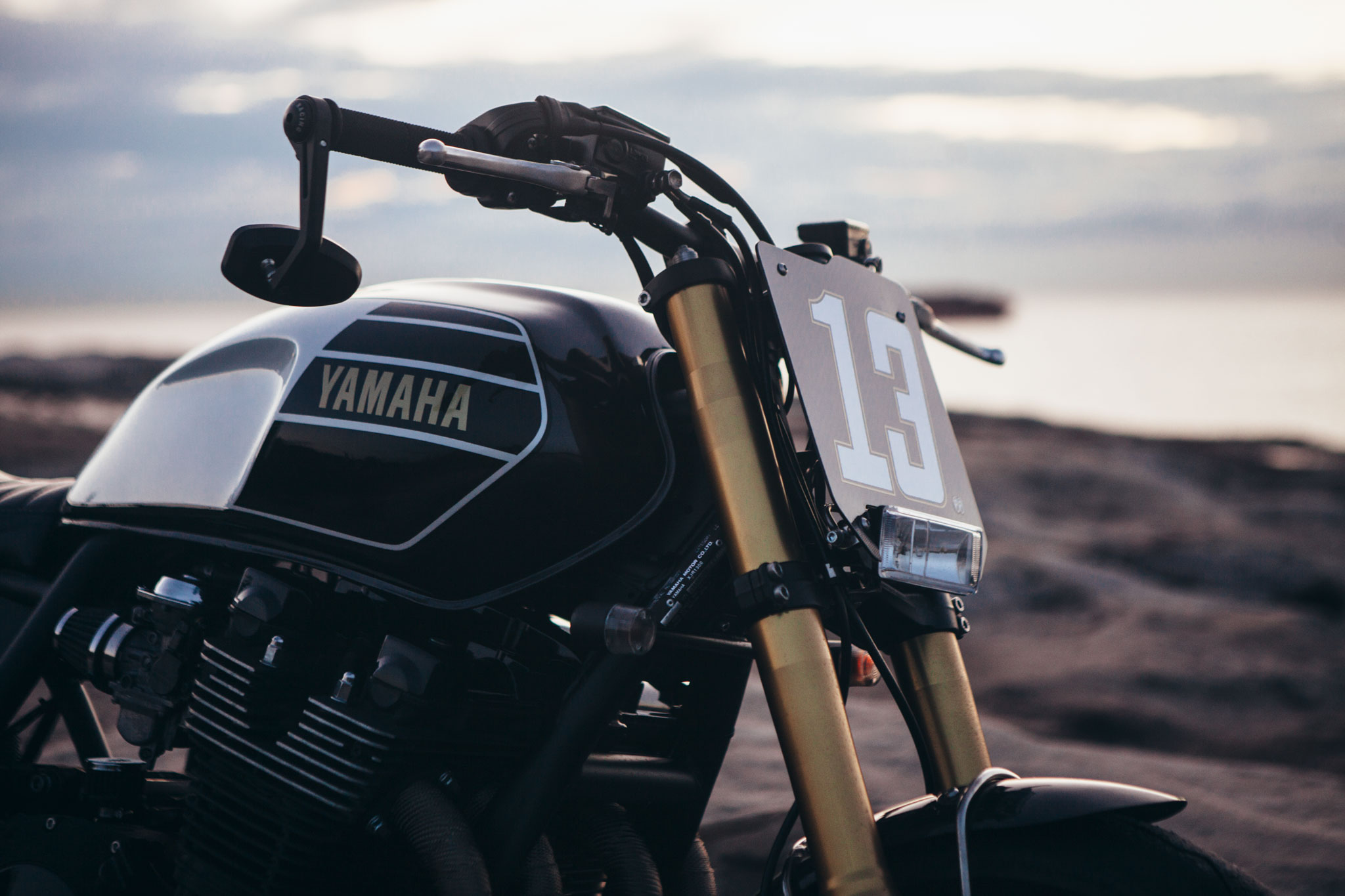 Apart from trying to wrangle the tornado of ideas going around in his head, the toughest part of this build was the rear half of the frame and the seat. “It took a couple of dummy runs, and god knows how many hours to get it to look how wanted it to. The R1 front end was a bit of messing around to get right, but worth the effort and it made me step the build up a notch” The build was completed just in time to be shown off at Throttle Roll 2015. 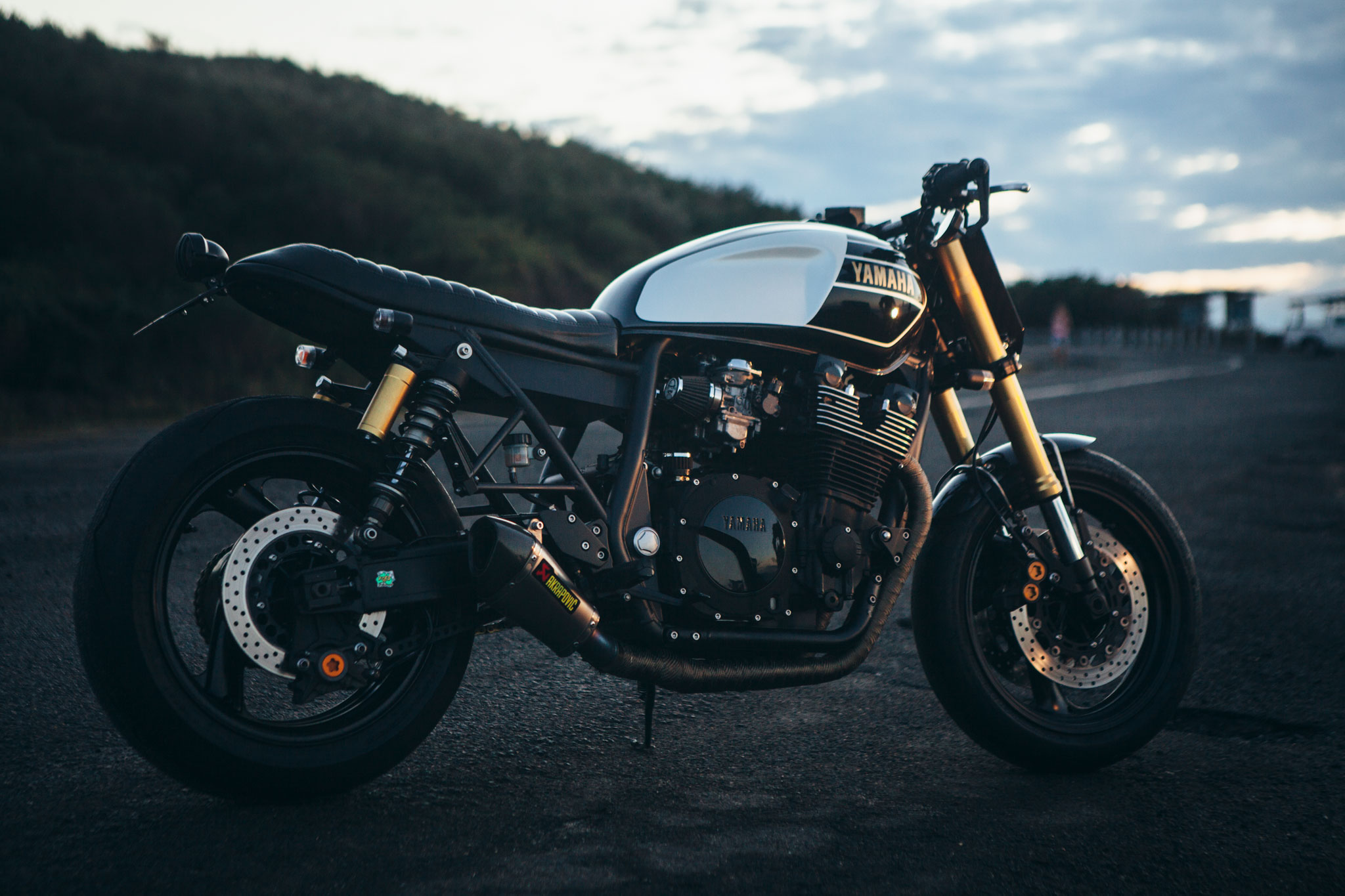 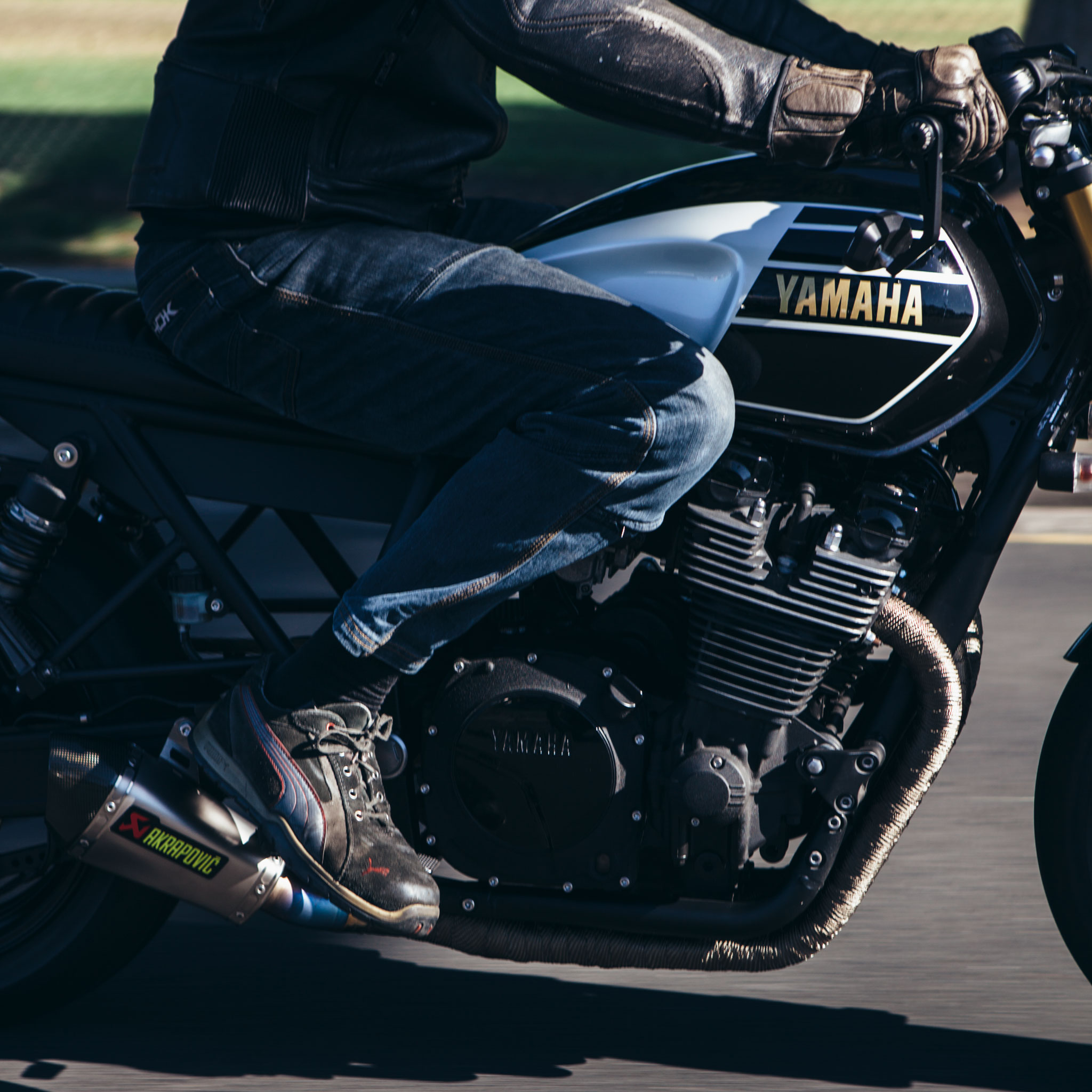 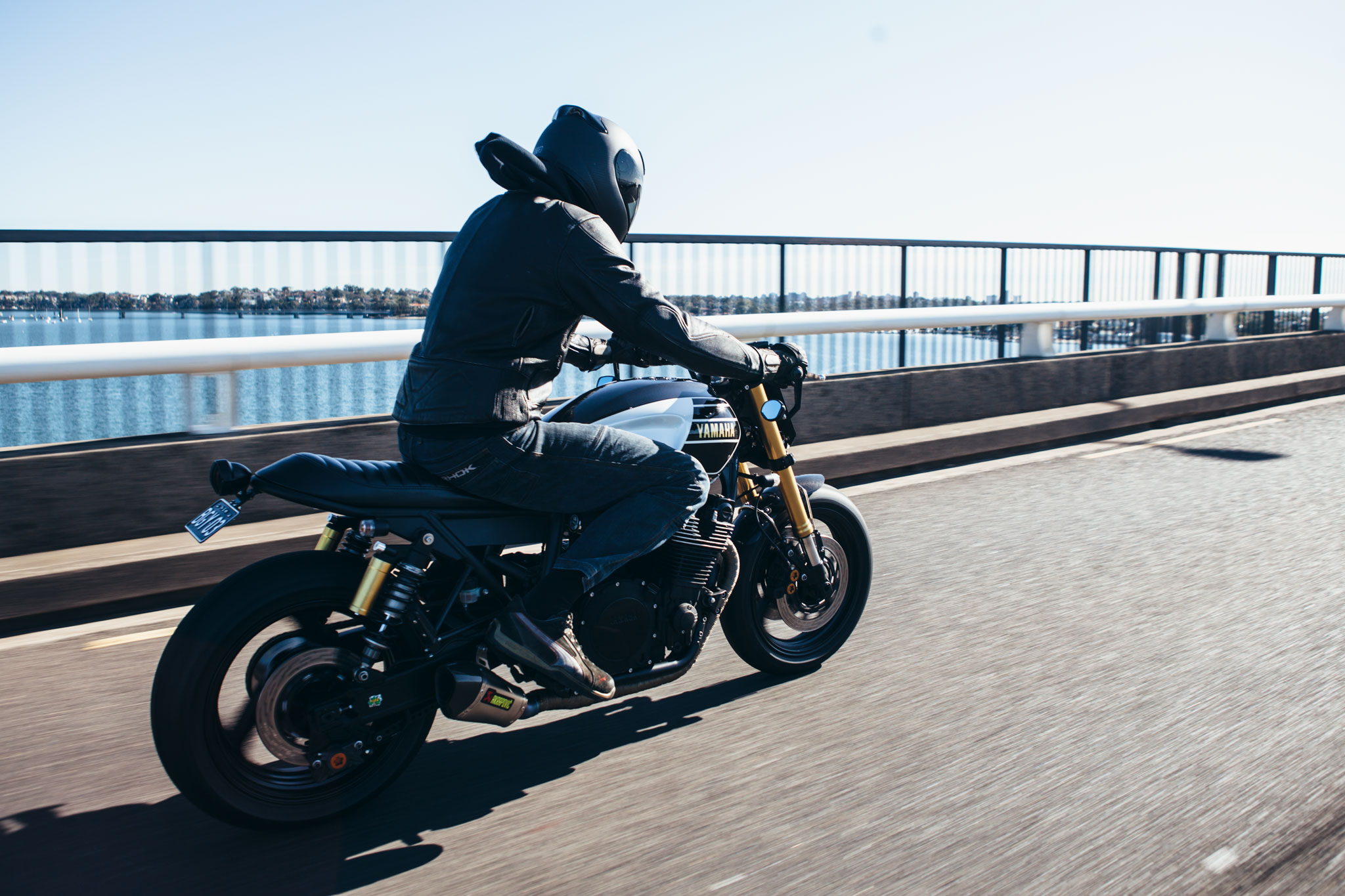 Shortly after Harley started riding he began working at RB Racing in 1996. The business was still in its early stages and was selling imported bikes from Japan. “I went there to buy a bike, a Suzuki RG 250. I never got that bike, but I did end getting a job. I was the first employee, and apart from a short return to working on cars in 1998, I’ve been there ever since.” 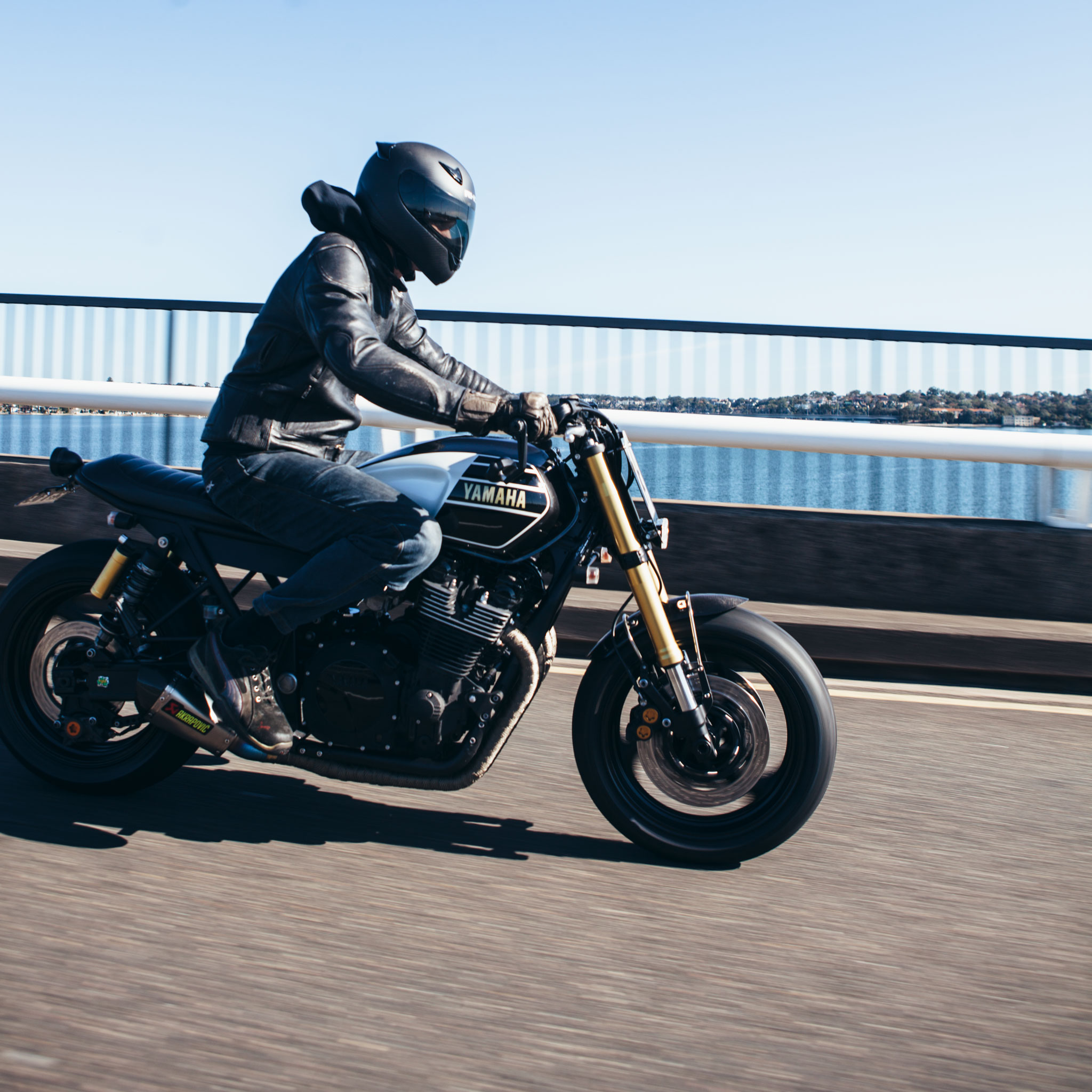 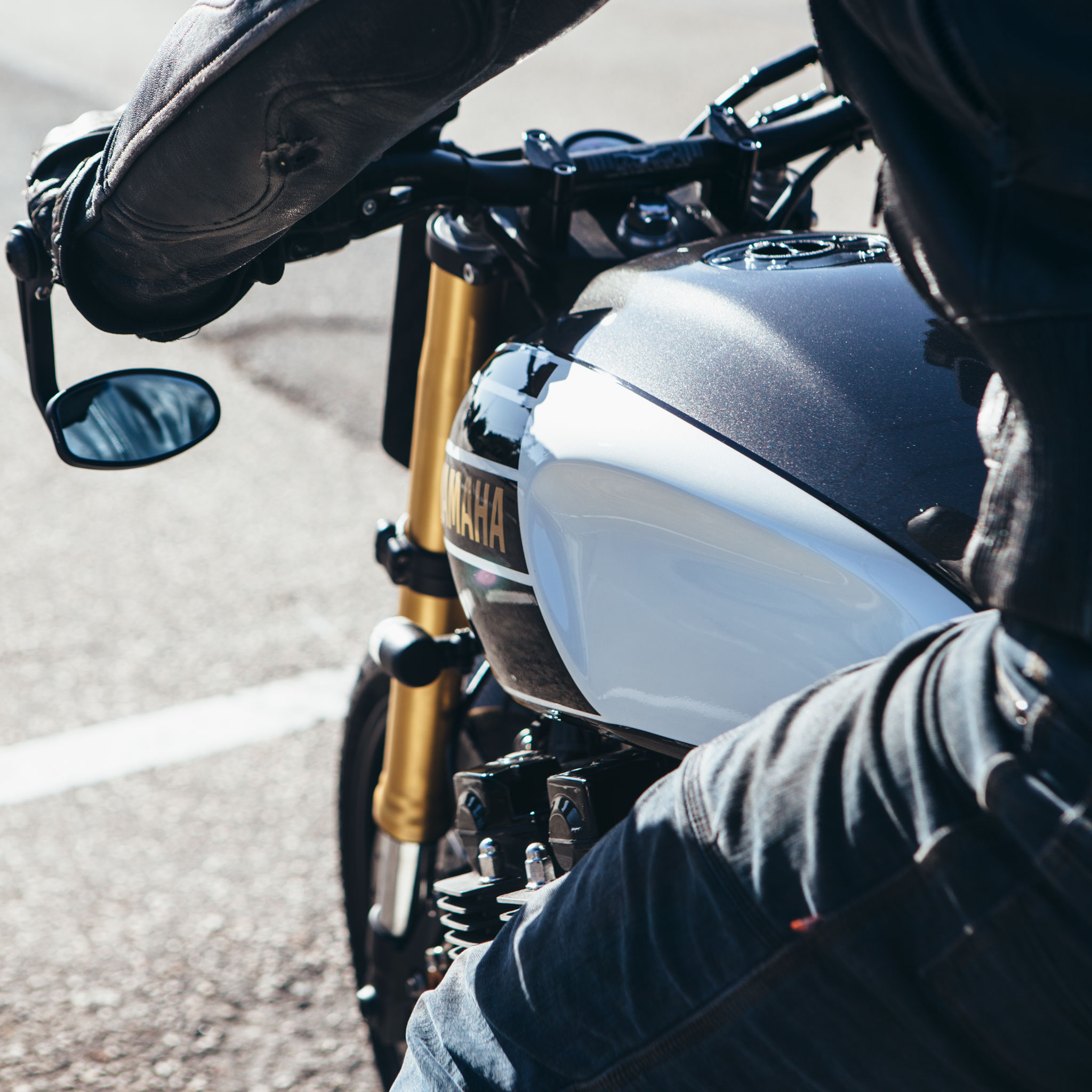 Harley’s racing started as accidentally as everything they do. RB had a spare bike and he decided to give it a crack, “Mostly to learn more about what I needed to do to build better race bikes. My first race was in January of 2000, and I’ve been hooked ever since. I still learn from it, every time I race, I learn more about the bikes, and more about riding. I’ve raced in lots of classes over the years, 400’s, 600’s, Superbikes, Historics, Buckets, and I even raced a Triumph Thruxton for a season in The Thruxton  Cup in 2006” 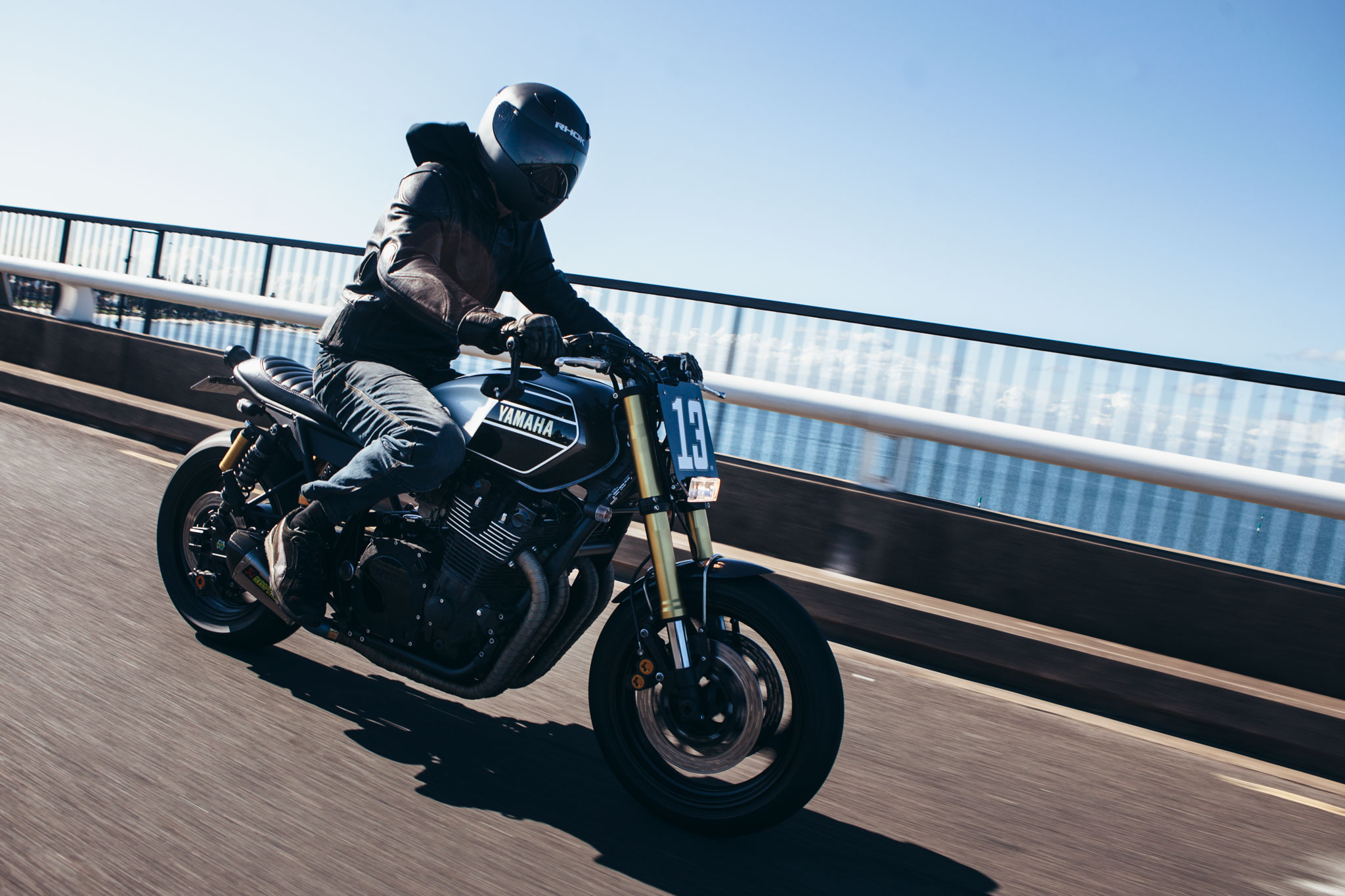