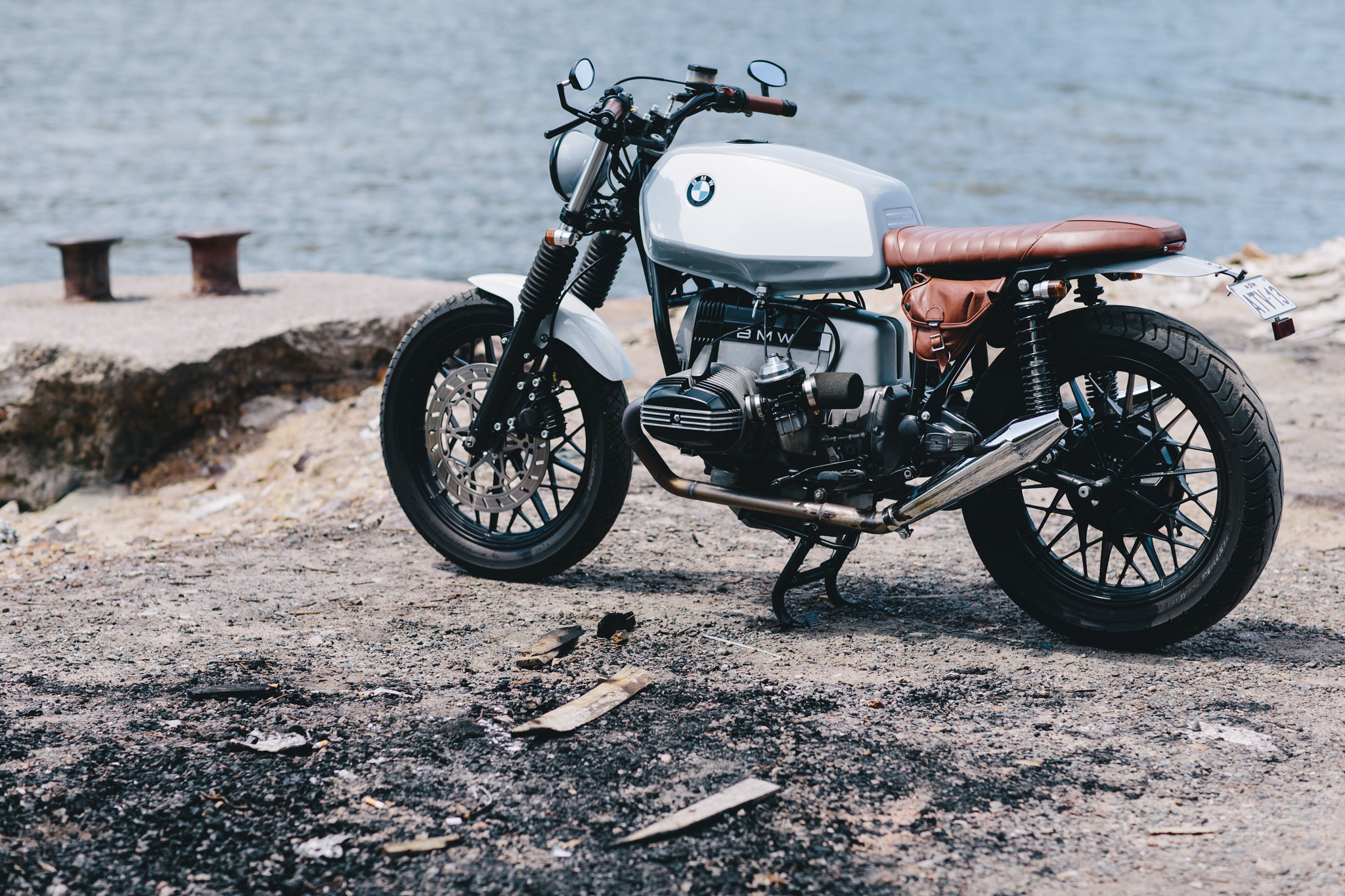 16,000kms, an Uncle, a Dad, and a Son – this marked the journey and the history for this 1984 BMW R65LS that has been given a new lease on life courtesy of Ellaspede (and the wife saying no to having 3 bikes in the garage). 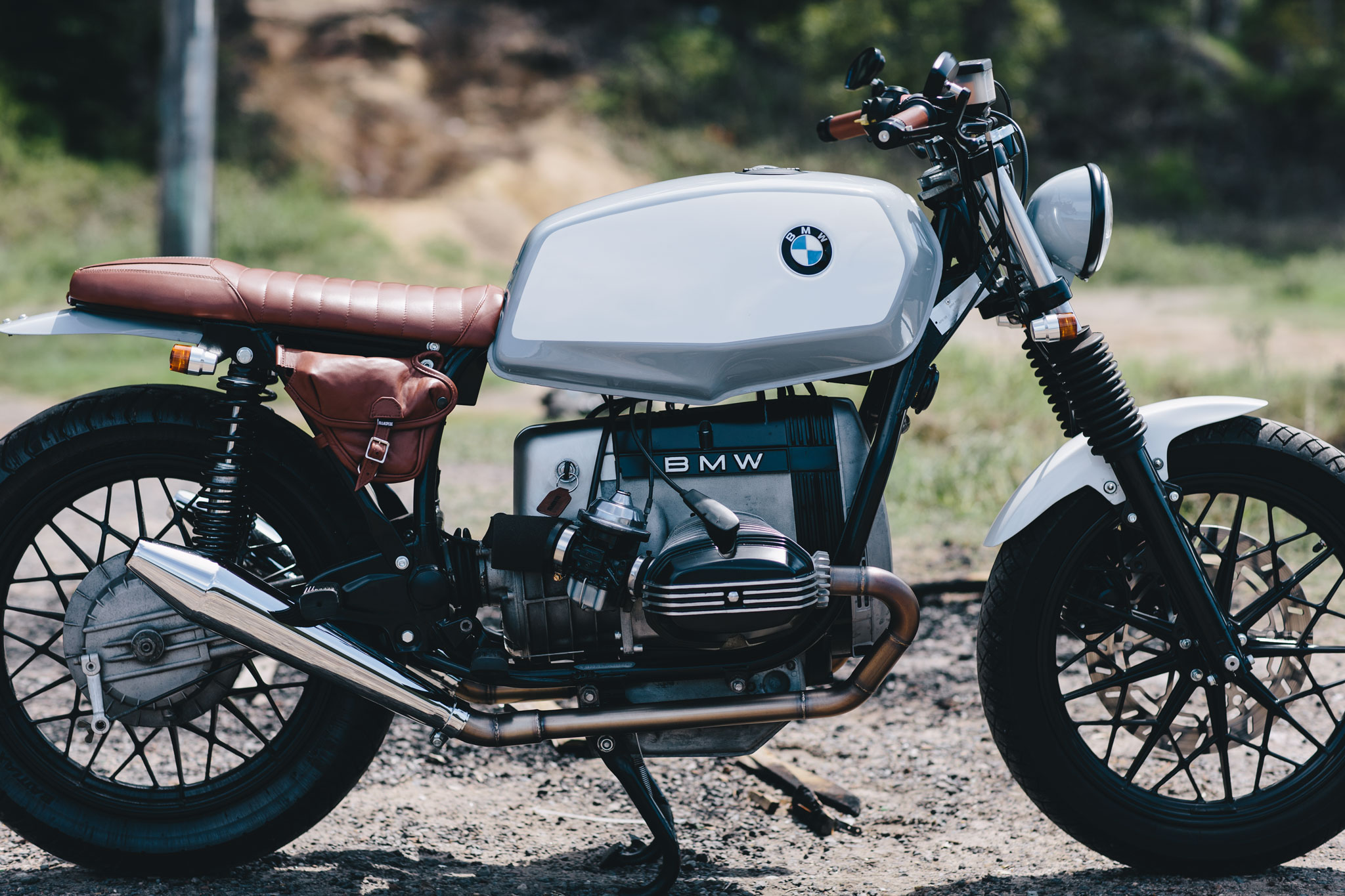 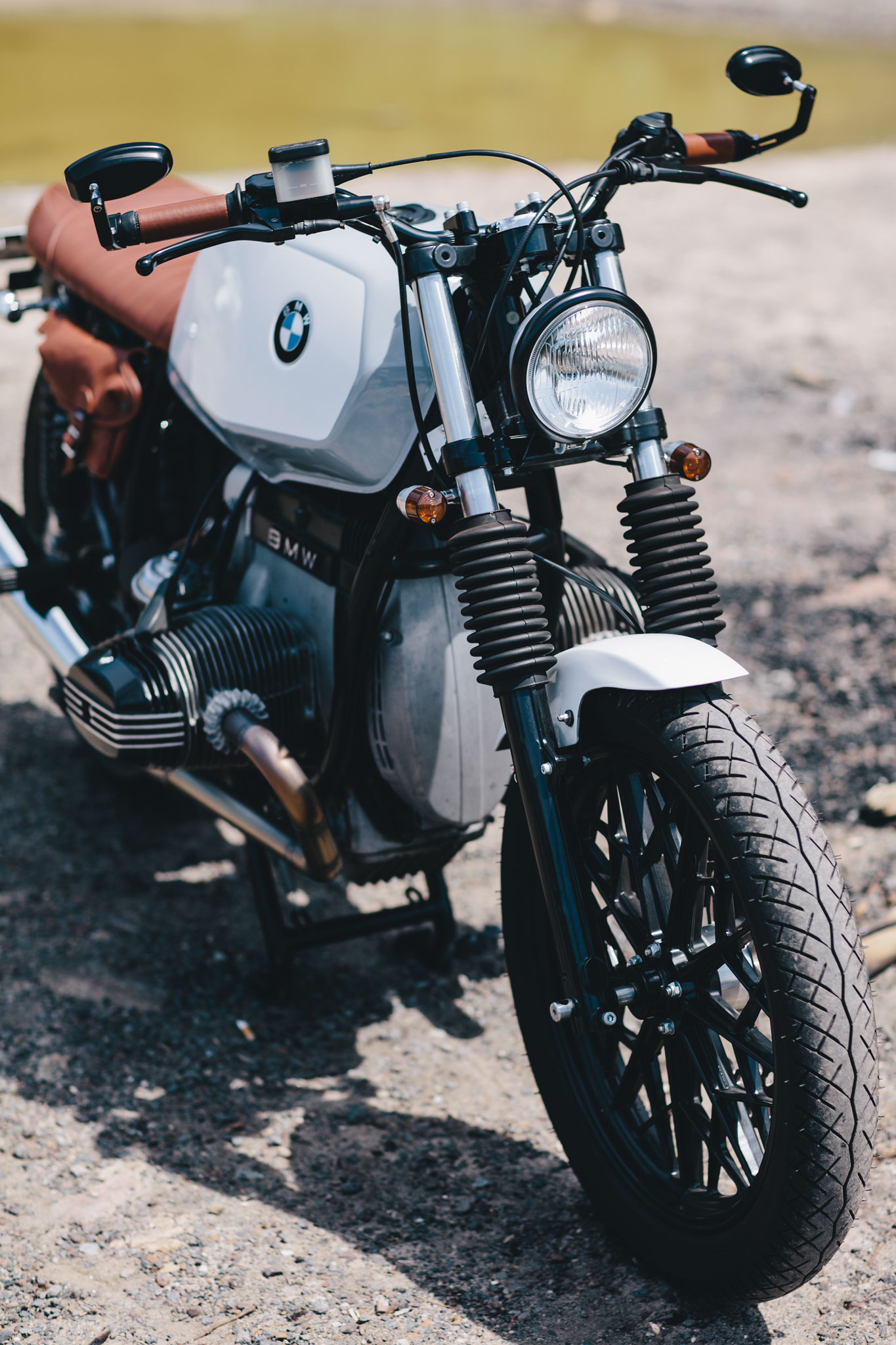 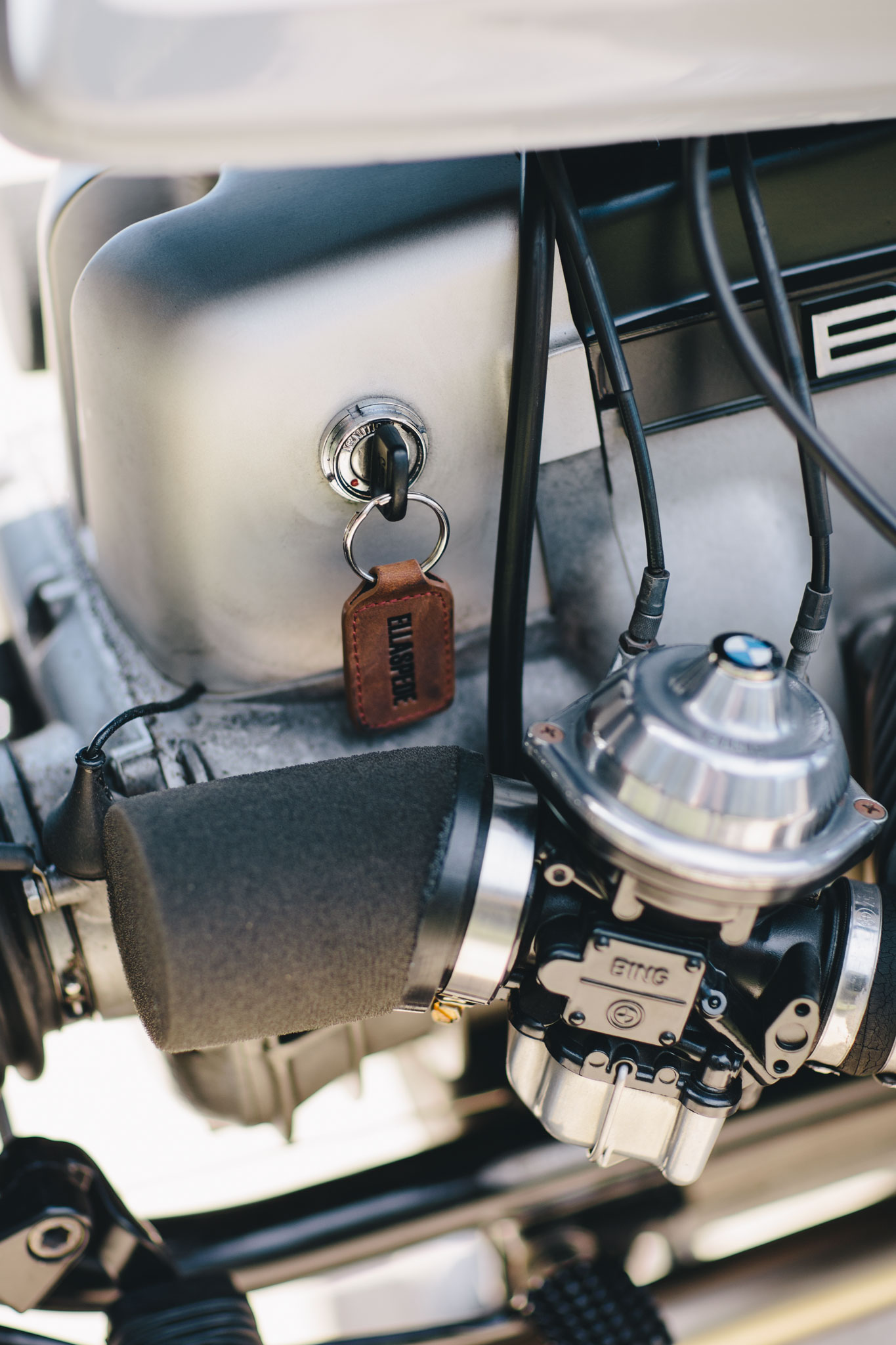 Ross grew up around motorcycles. With his Grandfather having owned a motorcycle shop in Rockhampton QLD for many years, he had very little choice as his father and uncles tore about the streets on 2-wheels from a very young age. One particular bike would become something special however. Sold brand new in Alaska USA in 1984, this BMW R65LS had made it’s way down to warmer climate in San Fransisco to where Ross’ Uncle Rod lived. “Rod then bought the bike, rode it for a few years and then garaged it. My parents were in San Fransisco in the early or mid ‘90’s when my Dad showed interest in the bike. Sure enough a few months later it was packed up and on a ship heading for Sydney.” 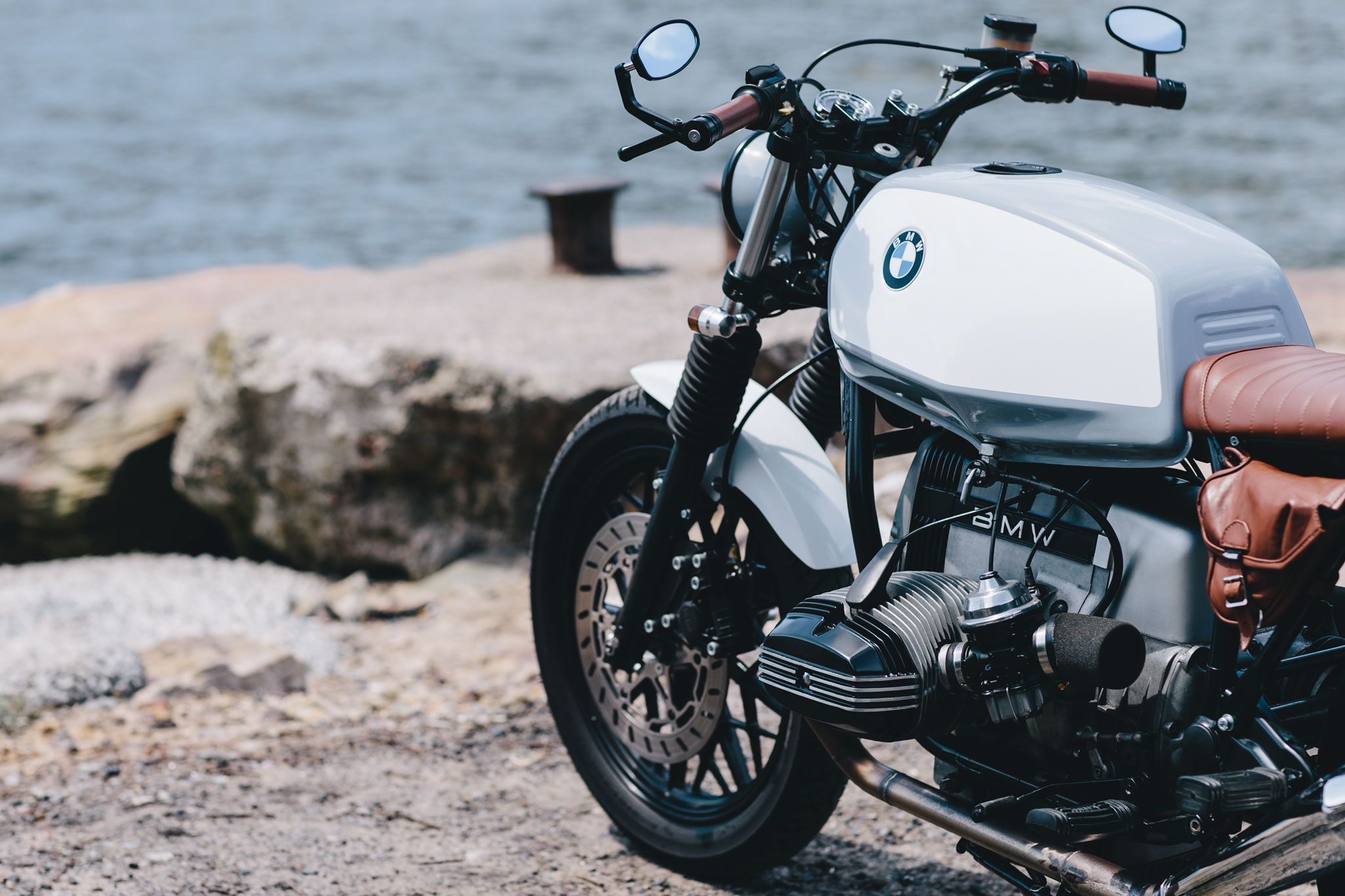 Over the following years, Ross’ Dad would ride and enjoy the R65LS until he decided to swap out for something bigger for the long rides he did with his local club. “I had just sold a Kawasaki GPX600 and Dad had asked if I wanted to keep the R65. I figured why not, and have owned it since about 2001. I rode it stock until 2012, where it sat unregistered for 3 years as I was busy with work and family. By 2015 I was thinking of getting a newer bike to get back into some weekend rides, but didn’t really want to sell the airhead as it was a great bike to ride, my partner unfortunately put an ended to my idea of having 3 bikes in the garage (I also have a 1948 Stroud Panther) so the option was either sell, or customise. 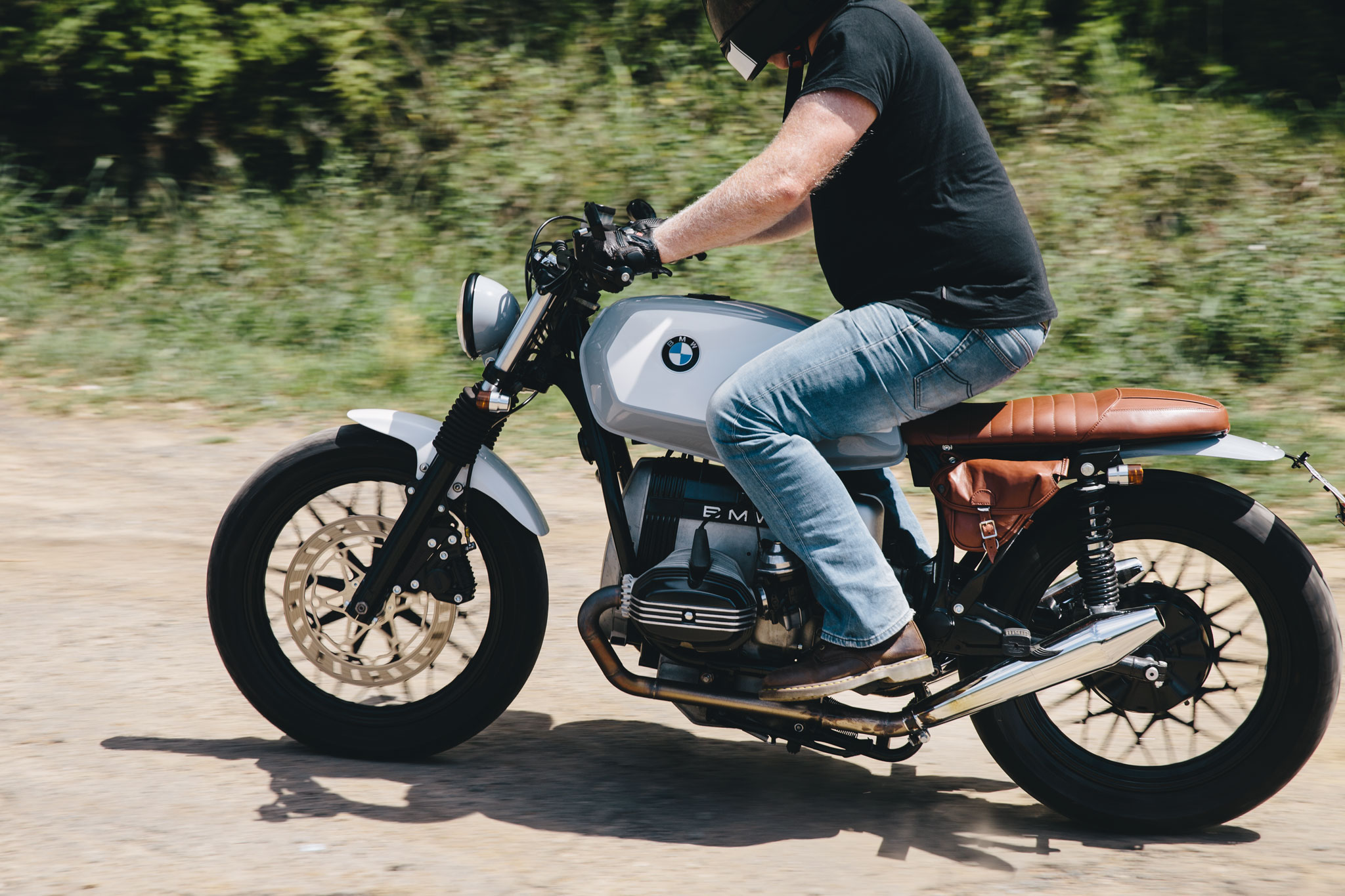 Fortunately, what was now becoming somewhat of a family heirloom was to be kept; albeit with a major makeover on the cards. This is where the custom bike magicians at Ellaspede in Brisbane come into the picture. After a referral from a client that these wrenchers from Queensland were worth checking out, Ross was soon on the phone to Leo from Ellaspede. “Straight away I knew these guys were right for the job. We spoke about what I wanted from the build, which was to basically strip it right back, with flatter bars and shorter pipes. I wanted to keep the original tank, carbs and wheels as I hadn’t seen many airheads with snowflake wheels.” 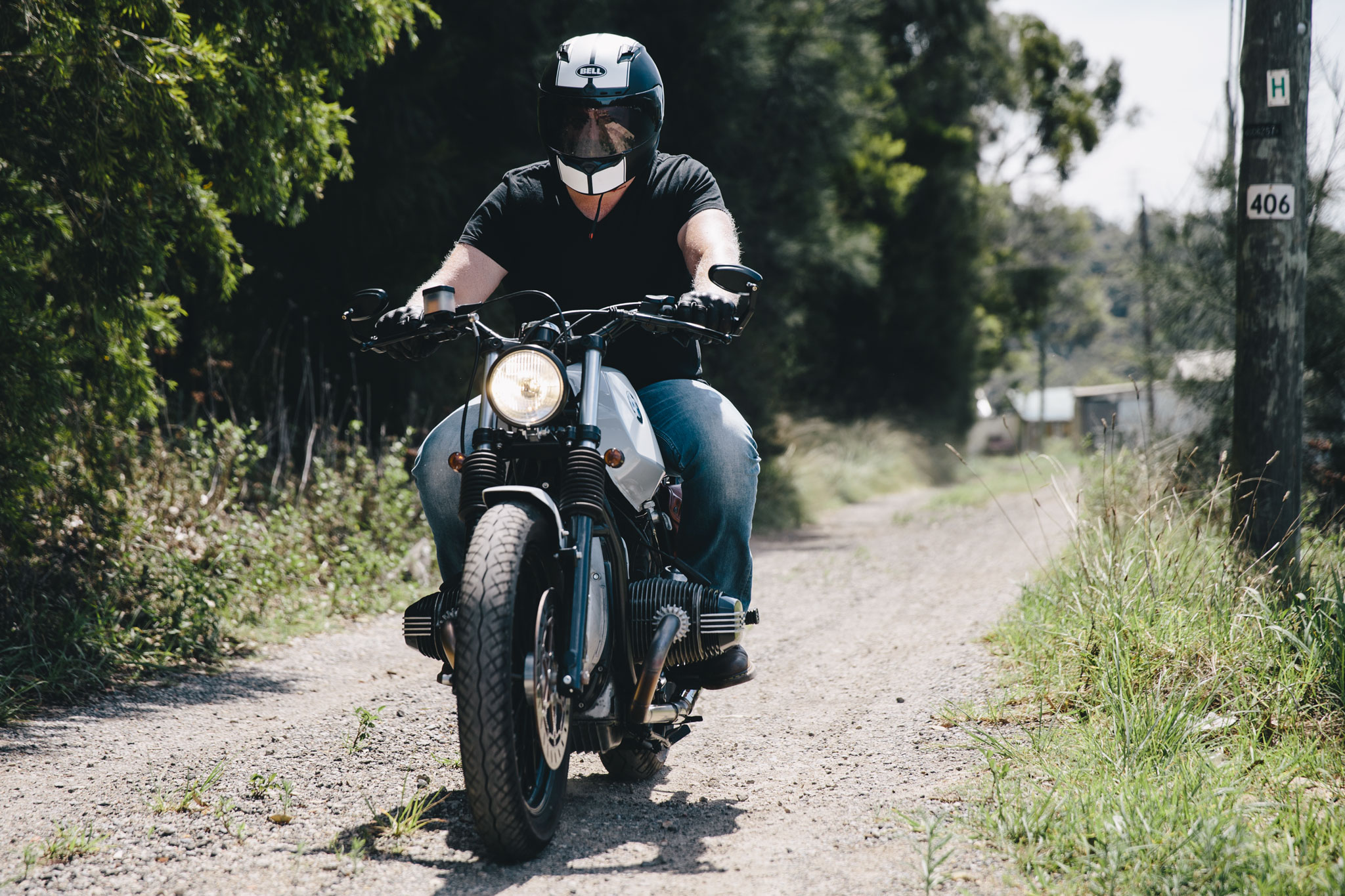 Ross continued to feed Leo with his intentions for this build and ideas, and all was considered and taken on board. The design Leo came back with was right on the money. “At this stage, I had the option of either Ellaspede putting together a parts list with me undertaking the build myself, or have them complete the build for me. I certainly didn’t have the time or know how to complete the job to the standard I desired, so I organised a courier and the bike was off to Brisbane. From here the process was pretty straightforward with only a couple of things we hadn’t anticipated. There was some pinhole rust in the tank, which was addressed, along with one of the wheels having a flat spot so a new one was sourced. The only other problem that surfaced was when we came to re-register the bike. The powder coaters had done such a great job that the frame number couldn’t be read! We had to strip it back before it could be put back on the road. A mate at Autolac sent someone round to strip back the powder coat before resealing it with a clear finish on the small section of the frame so as to reveal the frame number.” 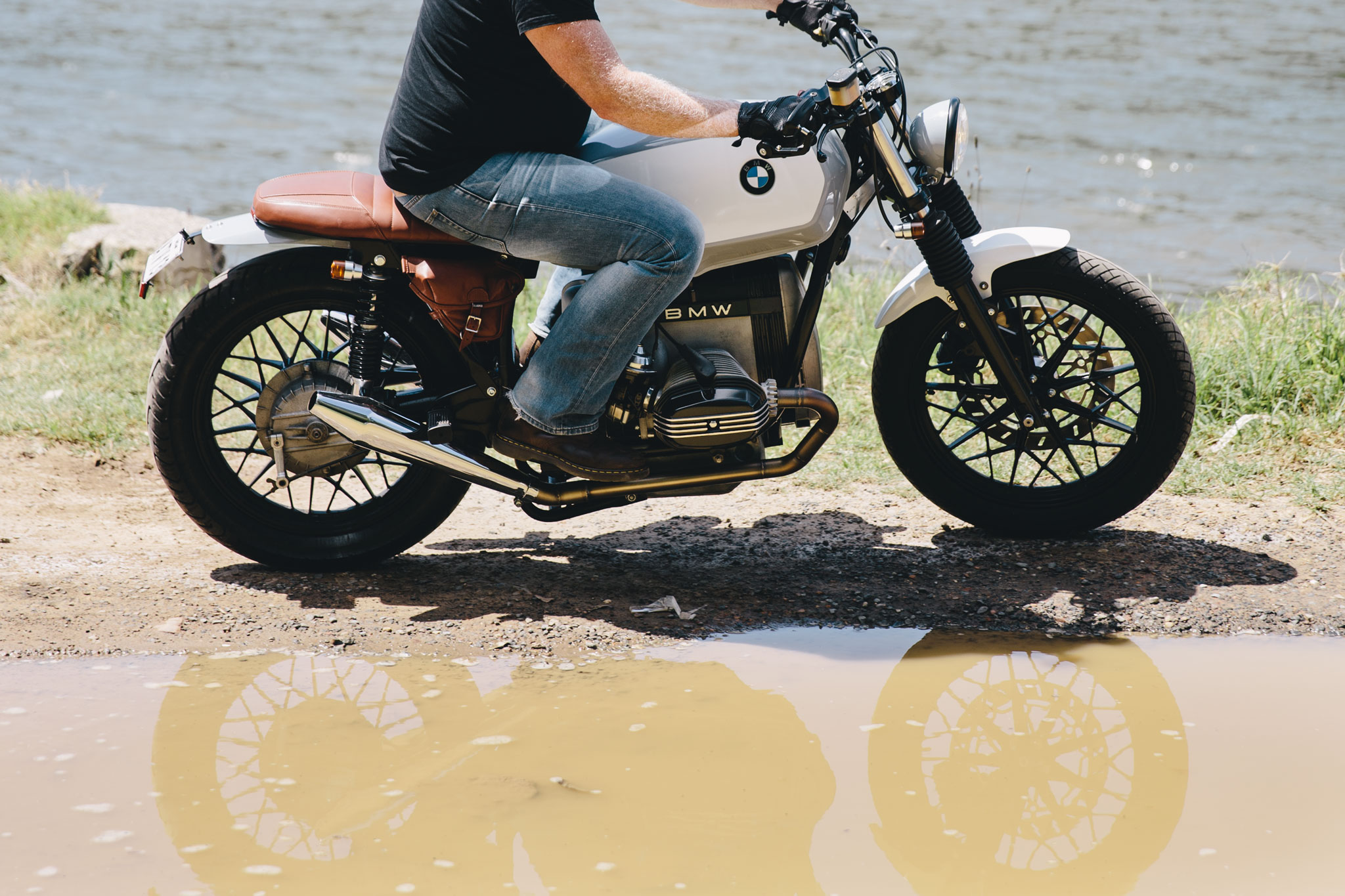 “This has always been a really nice bike to ride, and nothing has changed there. It certainly gets a few nods of approval when on the road, mostly from other airhead owners. I love the sound, it sounds amazing heading through the Royal National Park with either my partner or one of the kids on the back. It has been rewarding keeping my Uncle in San Francisco up to date with the progress of the build, and he certainly approves. My Dad passed away a couple of years ago, but I am sure he would approve of it also.”

And now it’s time for Ross’ two Sons to fight over who gets the bike next in the family. 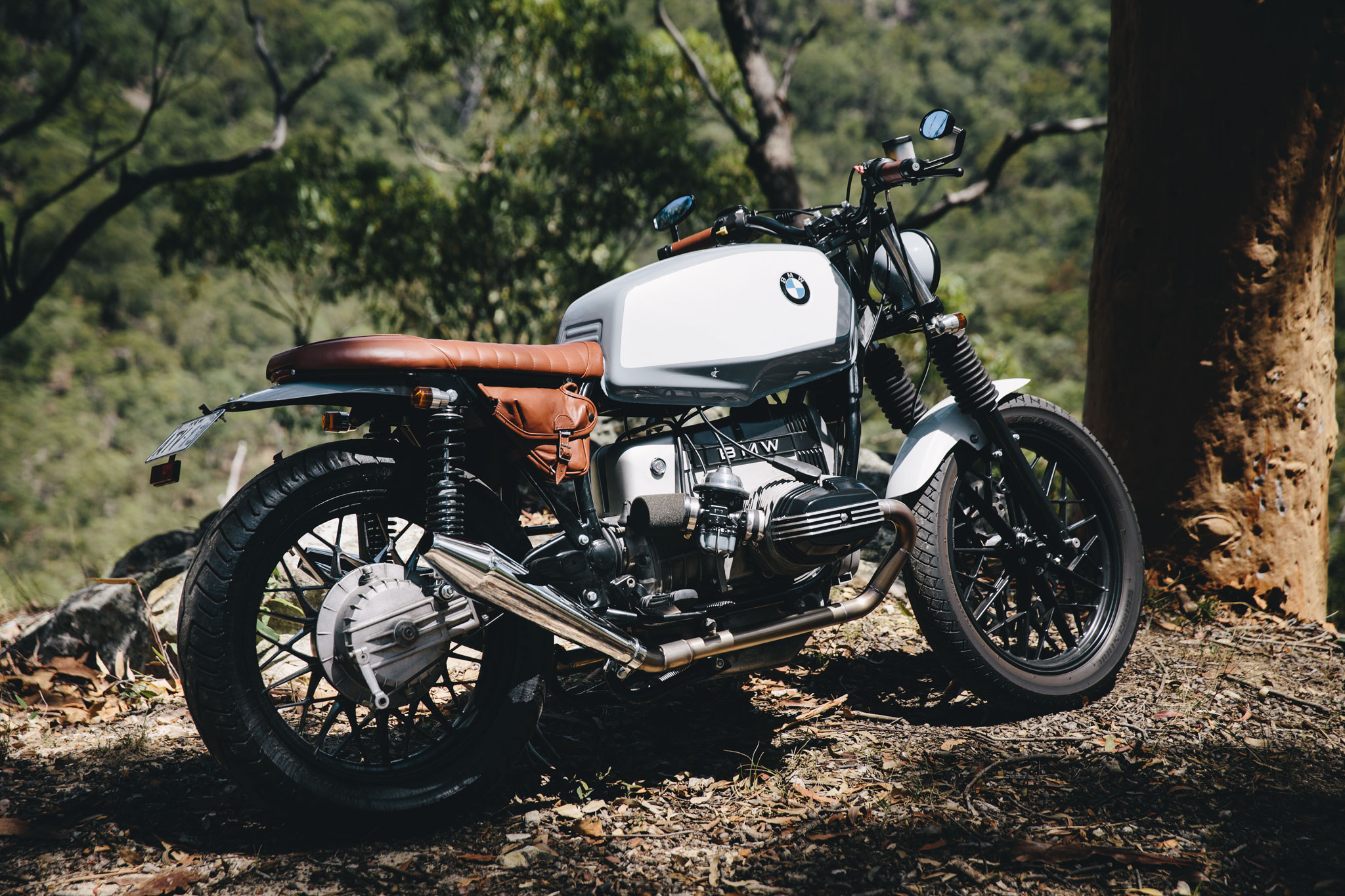 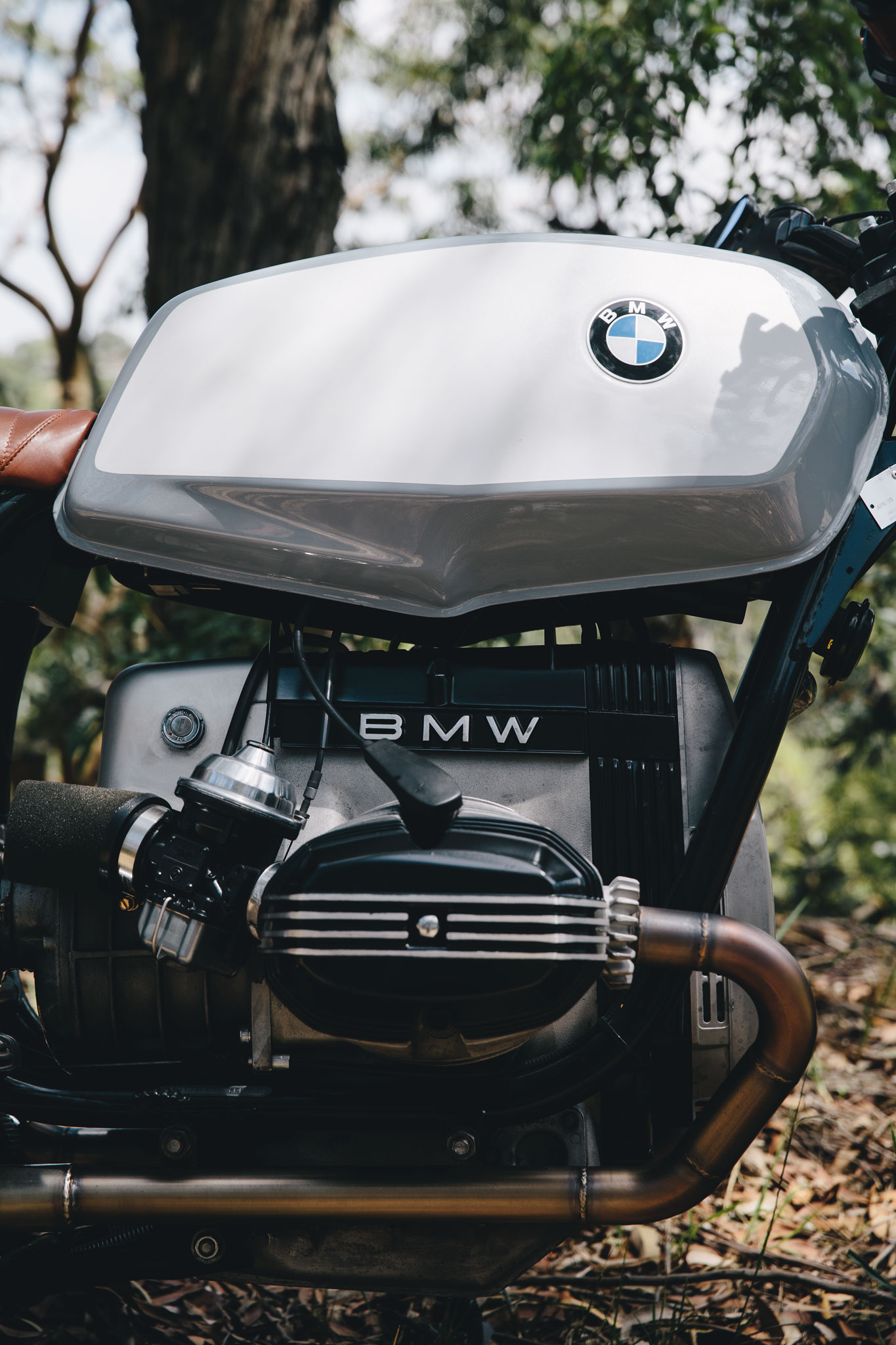 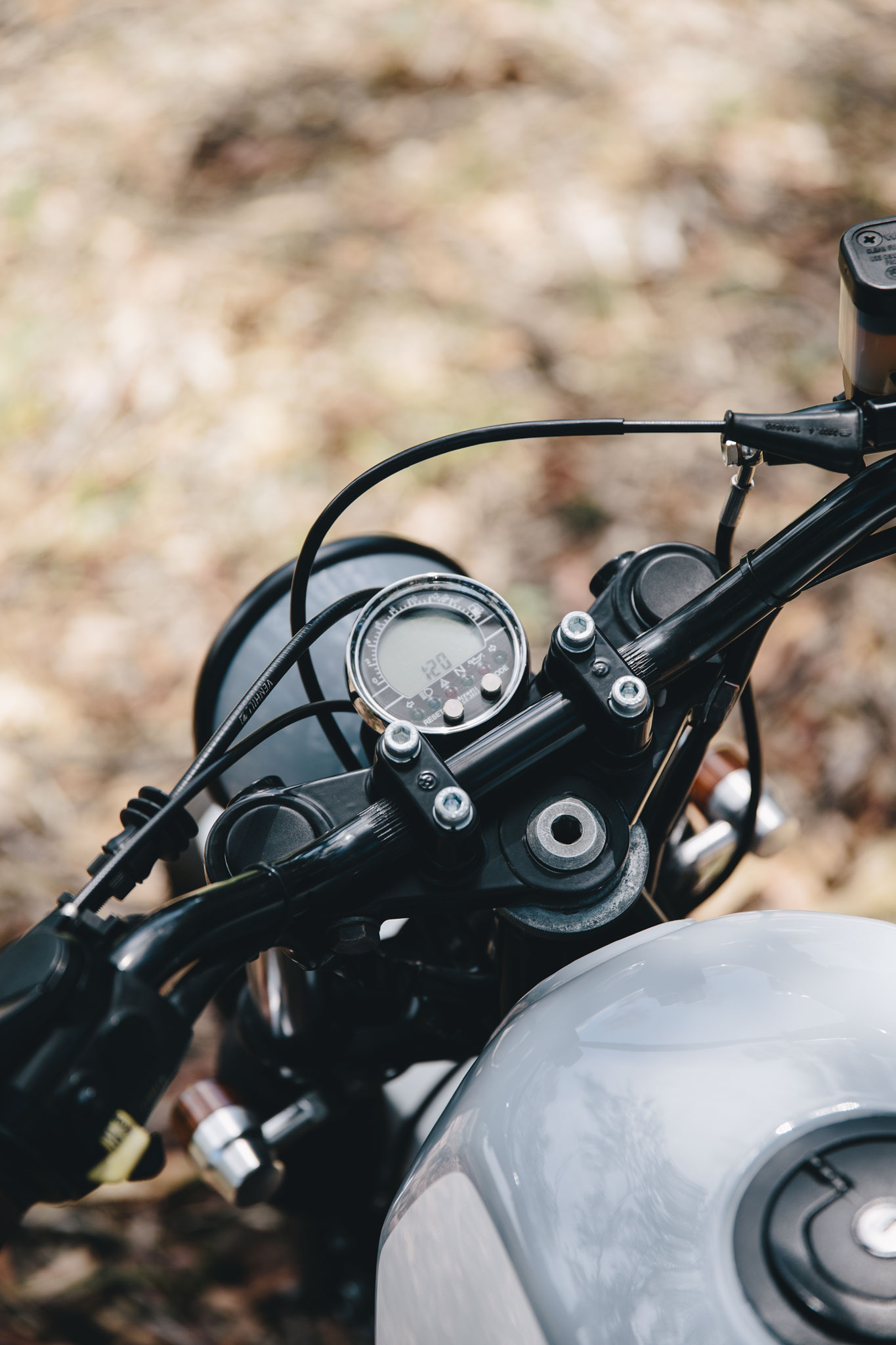 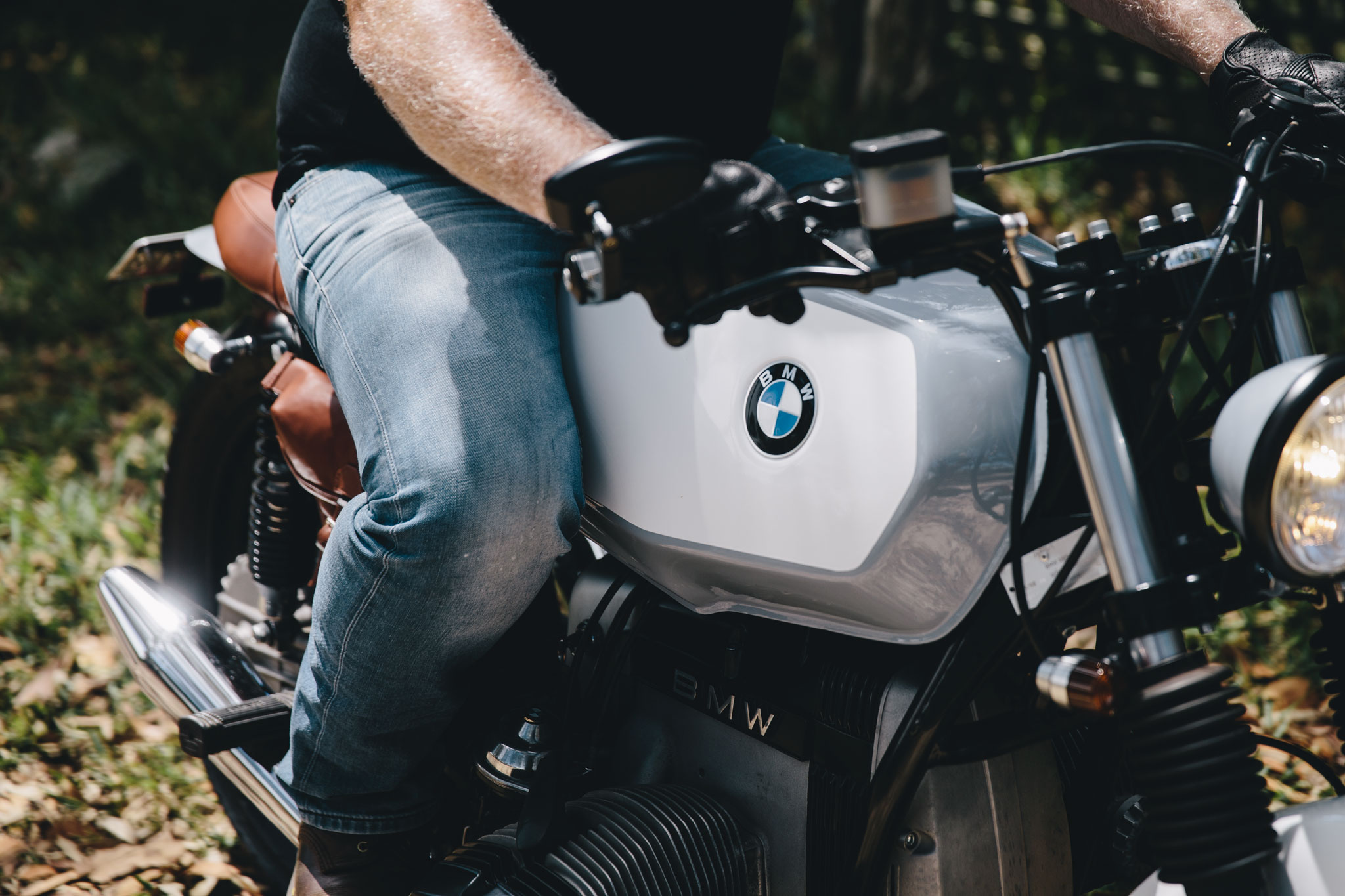